European pet travel in March with cats, dogs and a tortoise

European pet travel in March with cats, dogs and a tortoise

Here we are catching you up on European pet travel in March, with pets travelling to and from France, Spain, Portugal, Belgium and Switzerland.

Coco, a dog from Switzerland to the UK

Chihuahua Coco is a regular Animalcouriers passenger. This pretty girl is a little bit fussy about who she likes, but fortunately she’s grown quite fond of courier Ricardo, who is now Coco’s designated driver on her trips between Zurich and London. 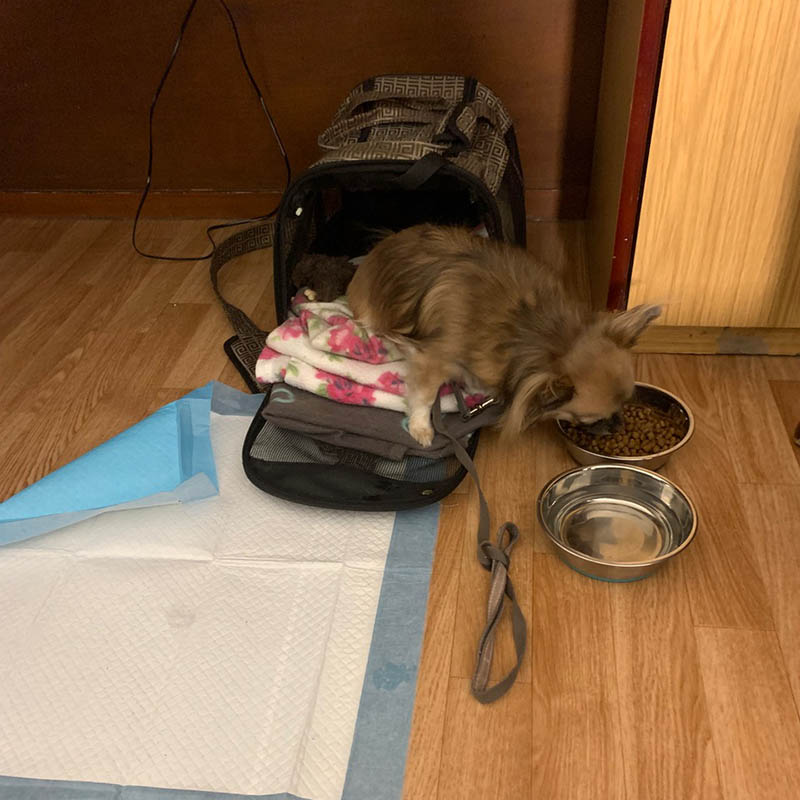 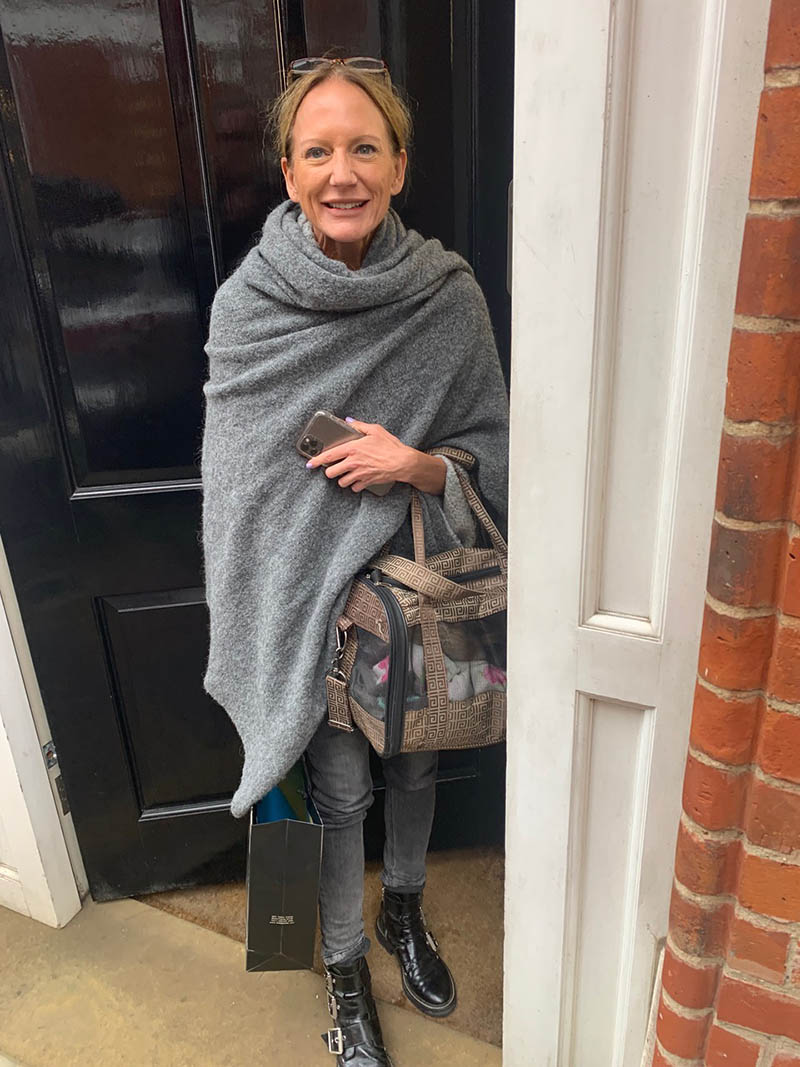 Owner Stacy happy to be reunited with Coco in London

Maggie and Stella, 2 dogs from South Africa to the UK via Paris

Staffie Maggie and her Jack Russell Terrier sister Stella flew in from Johannesburg to Charles de Gaulle airport in Paris, where we collected them for their journey to the UK. We handed them over to owner Roy for the last leg of their journey to Preston in Lancashire. 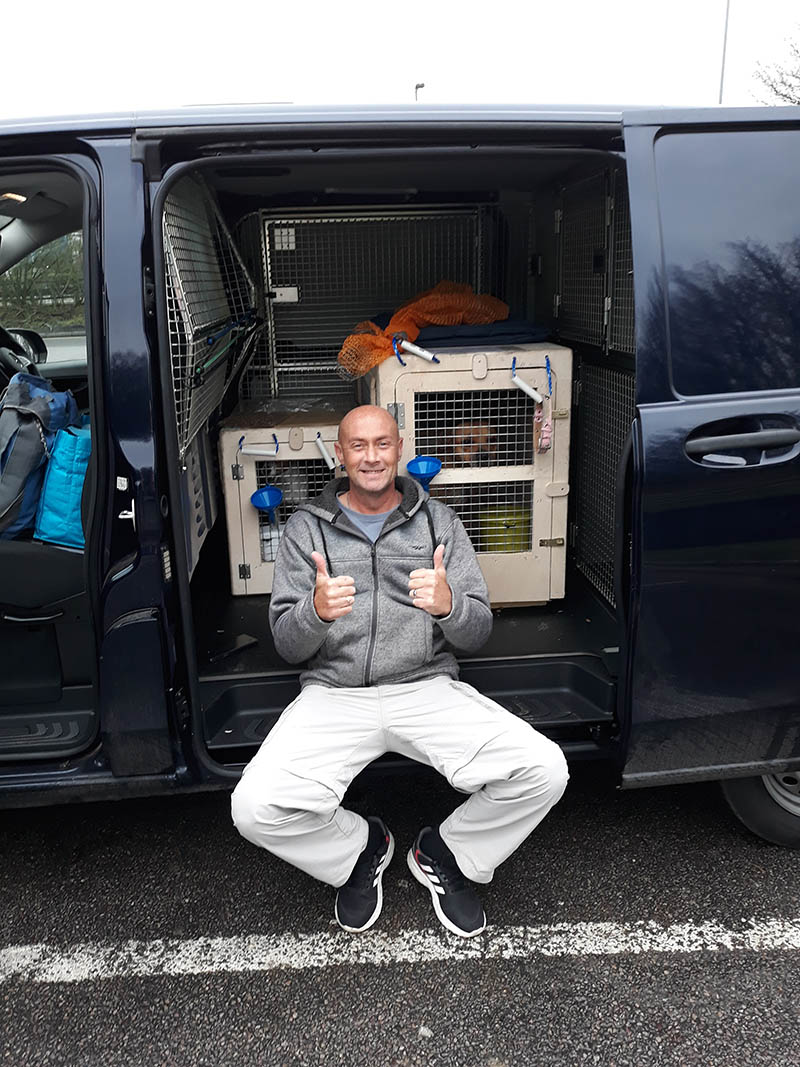 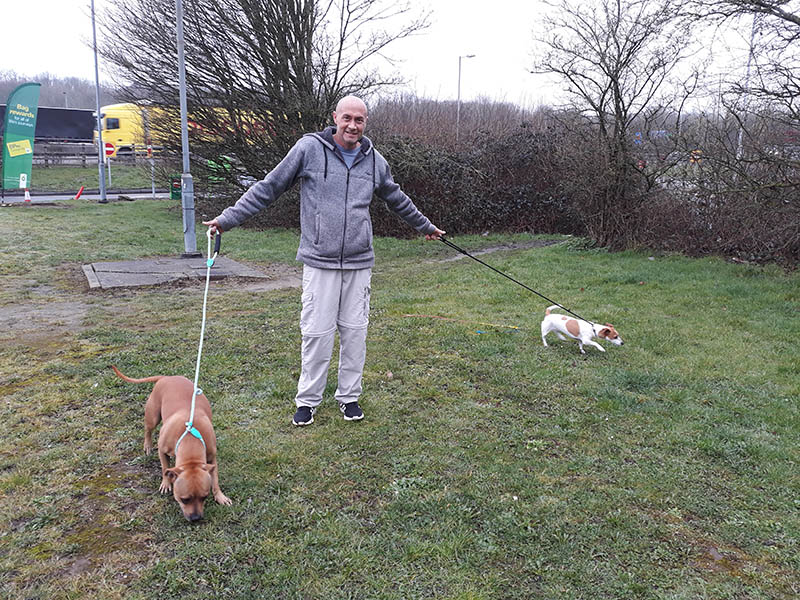 Athena and Tonko, 2 dogs from Kosovo to the UK via Brussels

Sarah and Alec adopted Athena and Tonko while there were working in Kosovo. Animalcouriers met them in Brussels for the dogs’ onward journey to the UK on Eurotunnel. 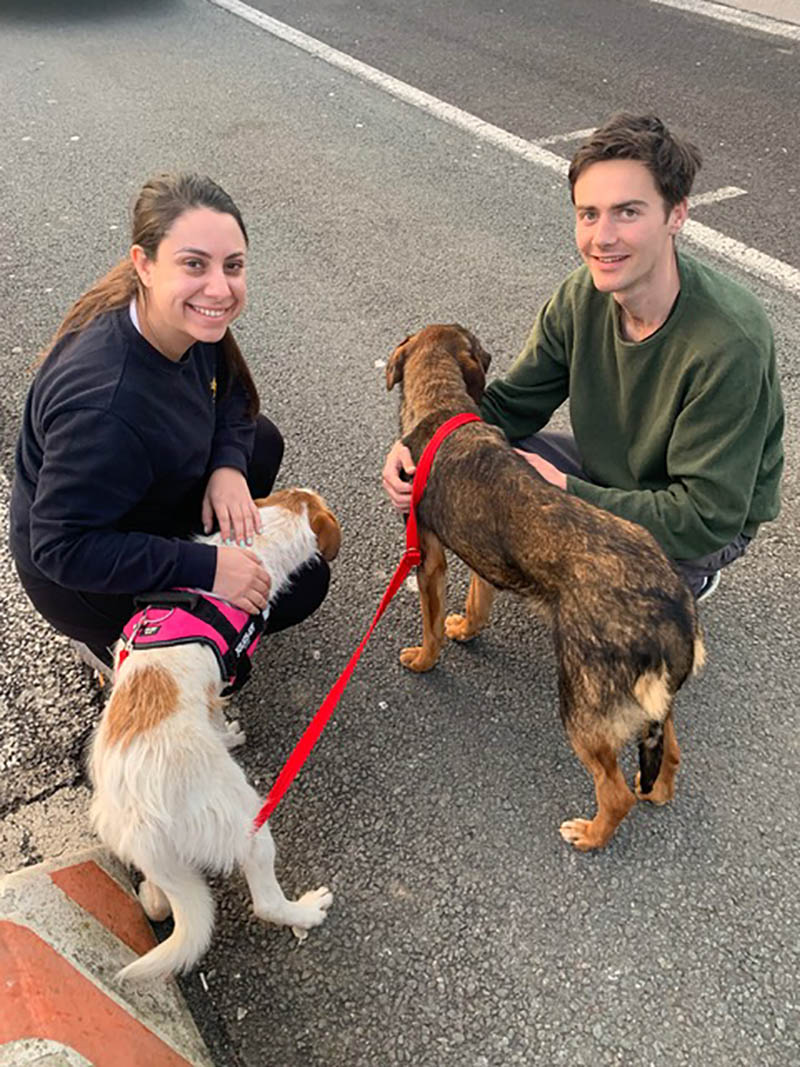 Sarah and Alex with Athena and Tonko

Oscar, a dog from the UK to Portugal

Charming Oscar, a Cavalier King Charles Spaniel, belongs to Greg and Rebecca, who have relocated to Lisbon from Surrey. 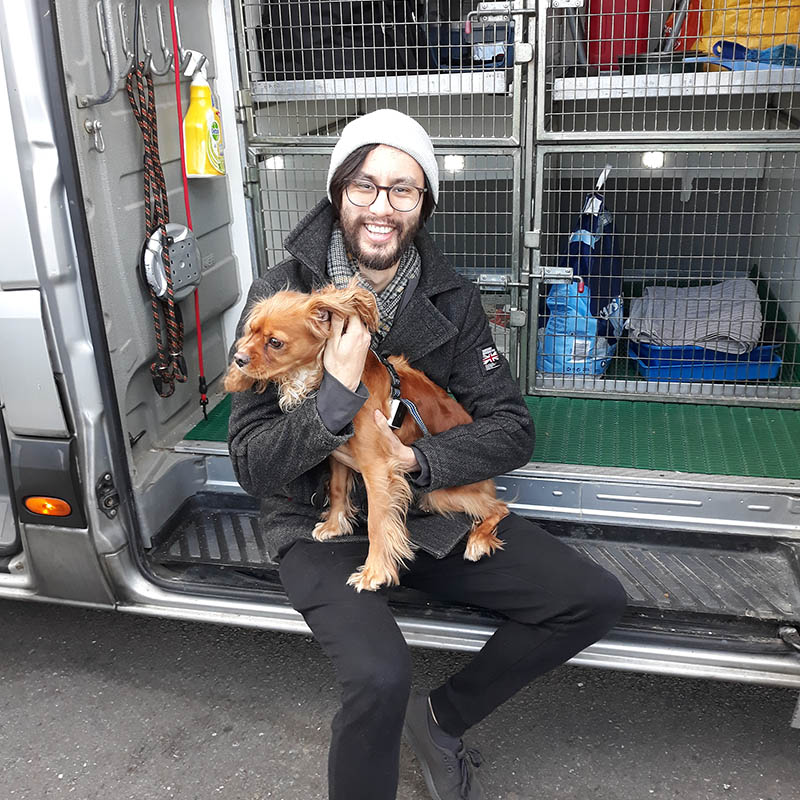 Greg sees Oscar away with a big hug

A happy reunion — just look at that waggy tail!

Duchess, a dog from the UK to Spain

Darling Duchess, a 7-month-old mini-Dachshund, travelled with us from Essex to Andalusia to join owners Lorraine and Mark on their holiday. 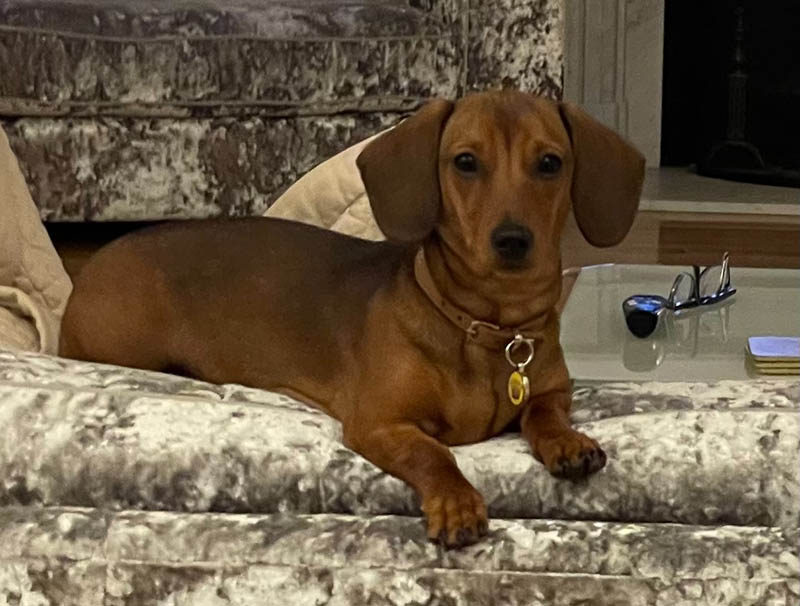 Duchess relaxing at home ahead of her journey with us 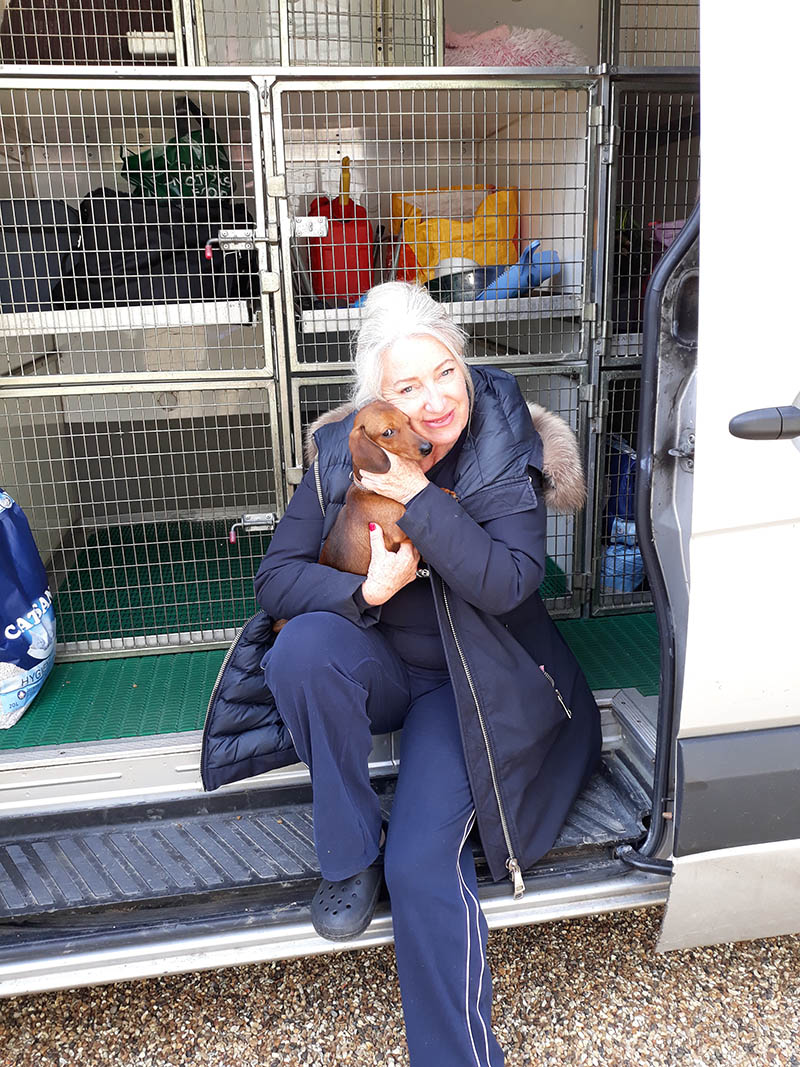 Lorraine saying goodbye to Duchess at the start of her trip 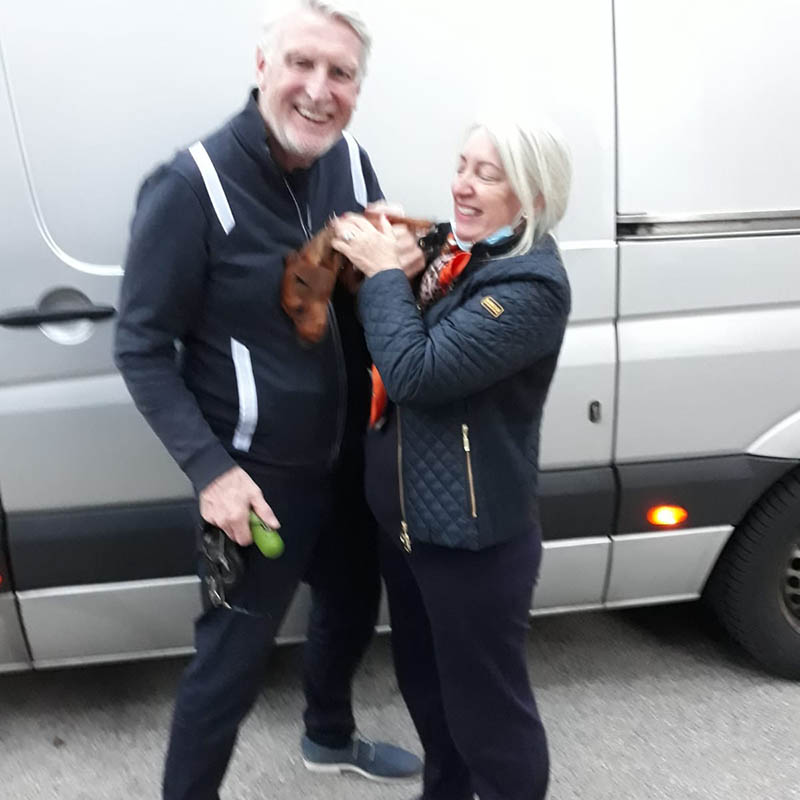 A warm welcome in Spain for a rather over-excited Duchess!

Mackerel, a cat from London to France

We collected Mackerel in London for his journey to the Bordeaux region of France. Owner David’s parents were on hand to look after him until David arrived from the UK. 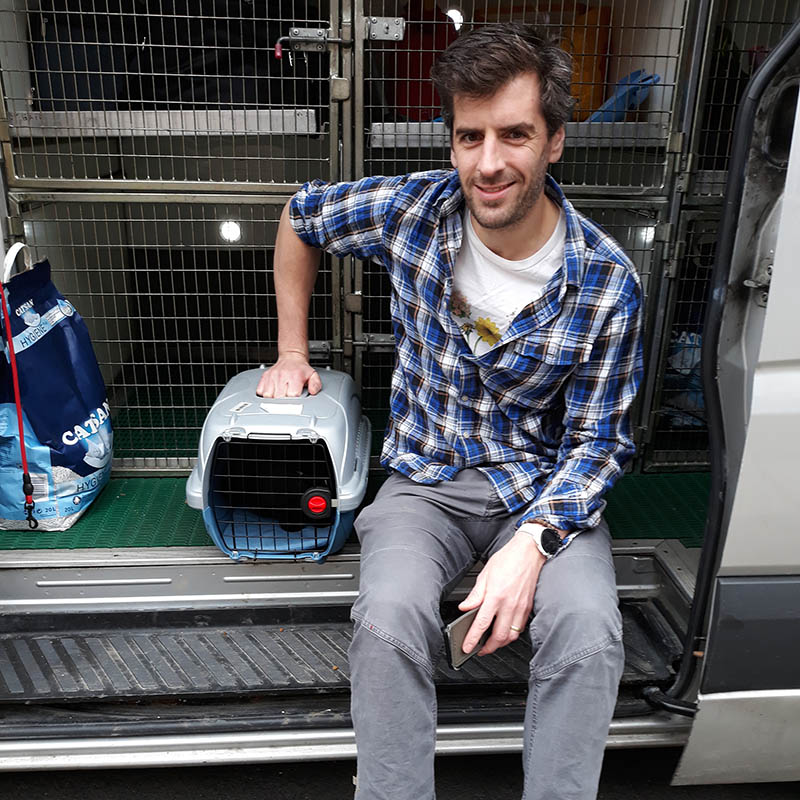 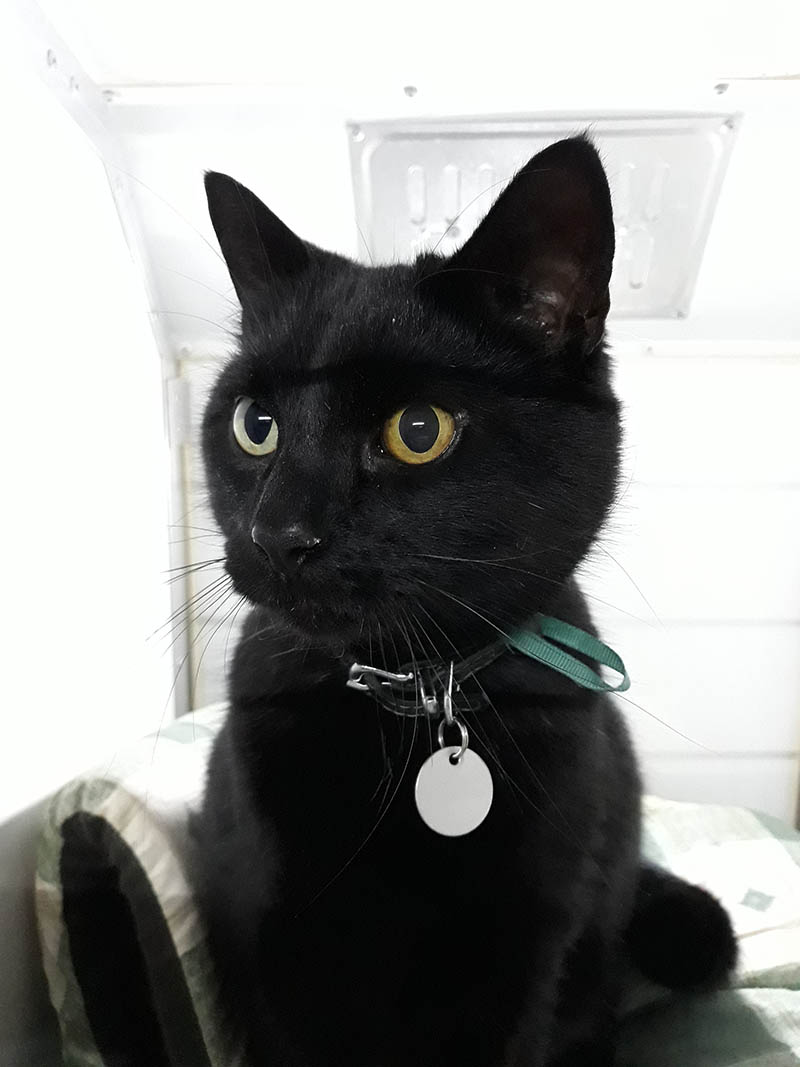 A seriously good-looking fellow — inquisitive and playful to boot 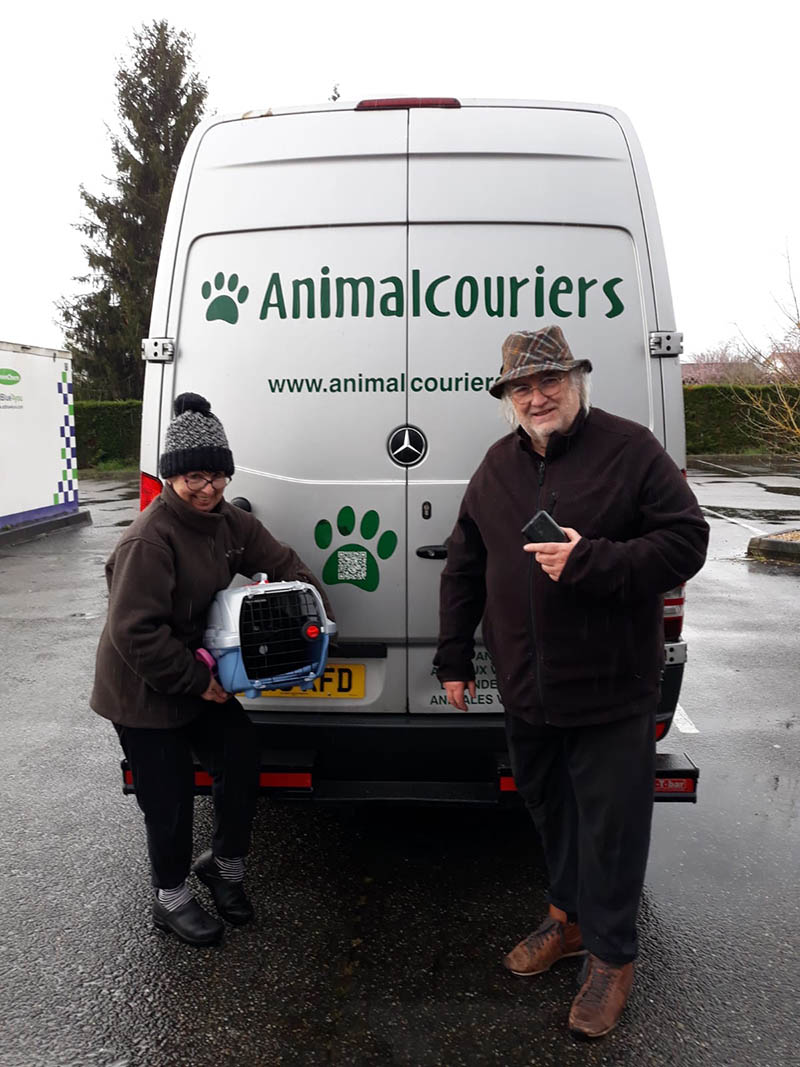 Whizz, a cat from the UK to Spain

We stopped off at Leafy Oak Farm Cattery in Hampshire to collect lovely cat Whizz, whose owner Linda had gone on ahead to Alicante to get the red carpet rolled out ready for Whizz’s arrival. 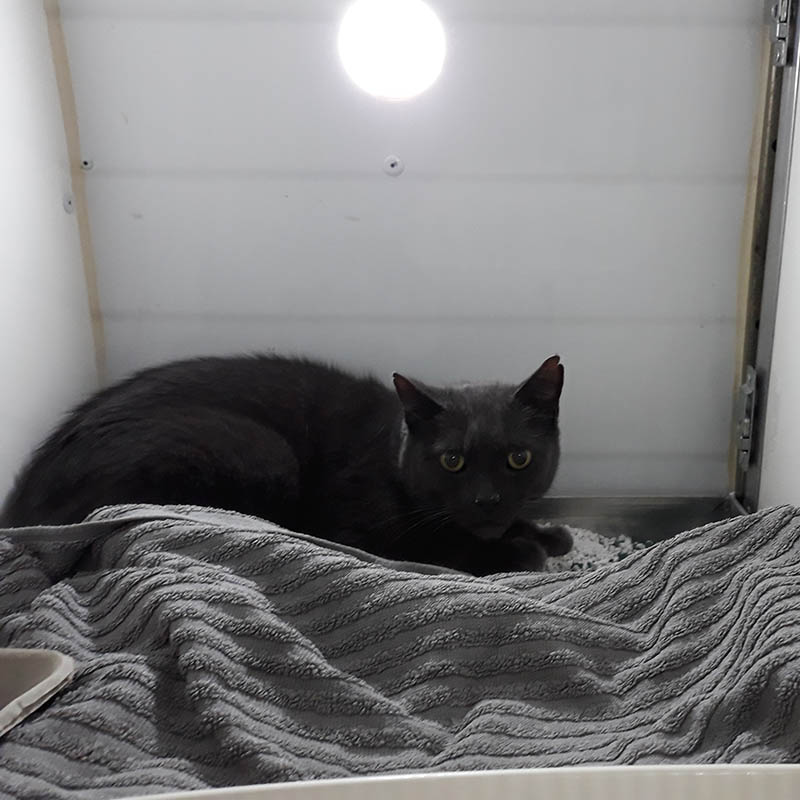 Kaya and Mika, 2 cats from Portugal to the UK

Kaya and Mika belong to Charlotte, who’s moved from Portugal to South Devon. These delightful cats have been in the care of Charlotte’s sister-in-law, Deborah, who was on hand to see them away. 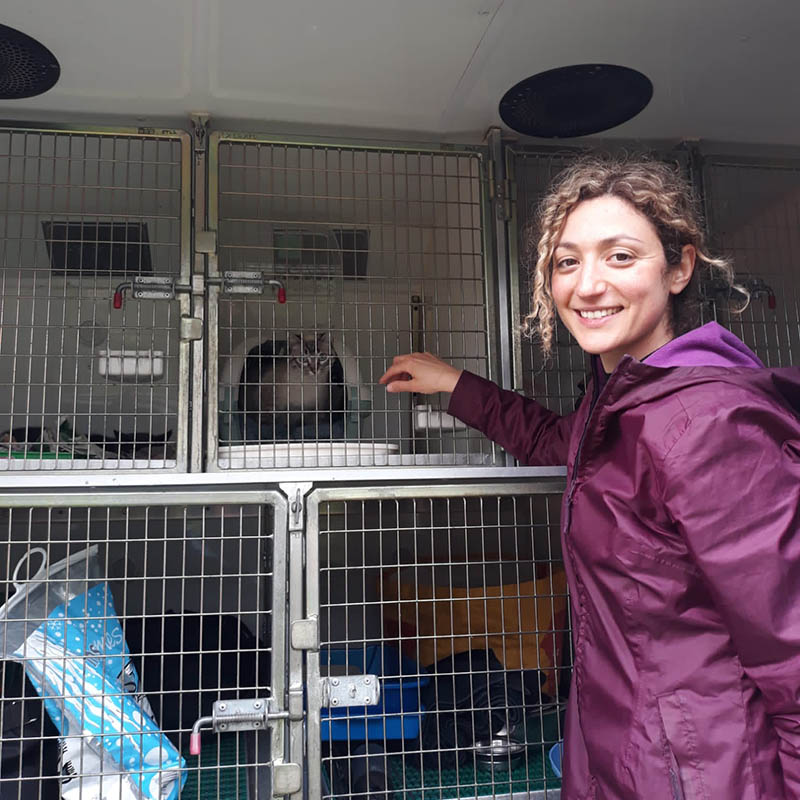 Barney, a dog from Gibraltar to France

Barney, a rescue dog, is a rather nervous fellow, so owner Helen decided to send him for training to help him become more calm and confident. We collected him at La Linea for his journey to the training centre in Correze, central France. 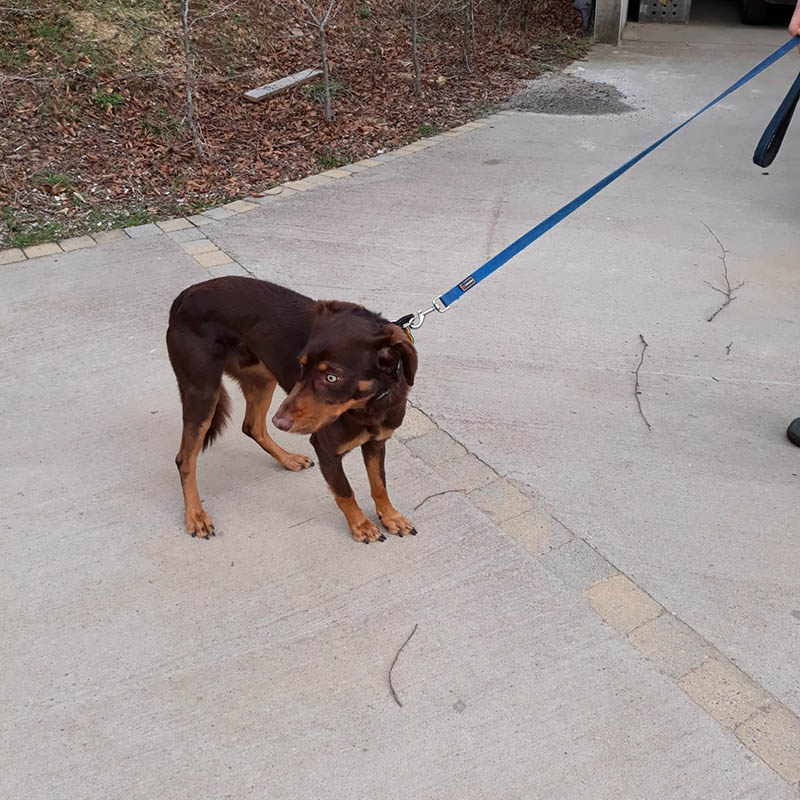 Tricky, a tortoise from Spain to the UK

11-year-old Tricky is a Leopard Tortoise and returning Animalcouriers passenger, travelling with CITES paperwork as she is a protected species. Three years ago Tricky’s owner Andrew asked us to transport her to join him in Torrevieja. This time, it was the return journey to Northampton.

Leopard Tortoises usually have smooth shells, but Tricky had a metabolic bone disease when she was younger, which caused the peaks in her shell. These days it’s completely under control, and her overall shell growth is healthy. Fun fact: Leopard Tortoises can live to about 80 years! 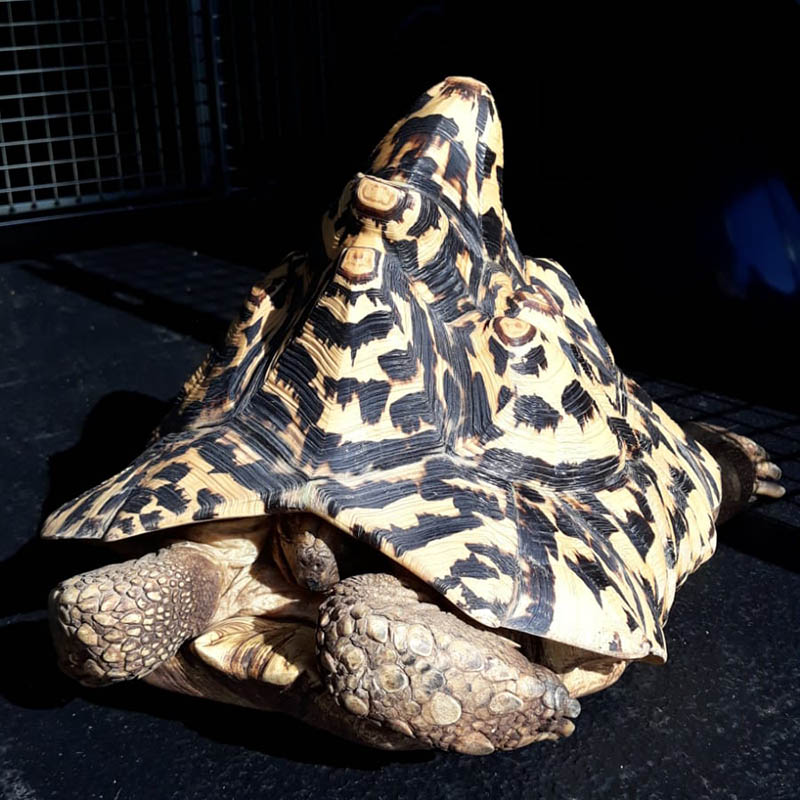 Tricky on her way to Northampton

Harry, a dog from Spain to the UK

We collected German Shepherd Dog Harry near Alicante for his trip back to the family home in Essex. 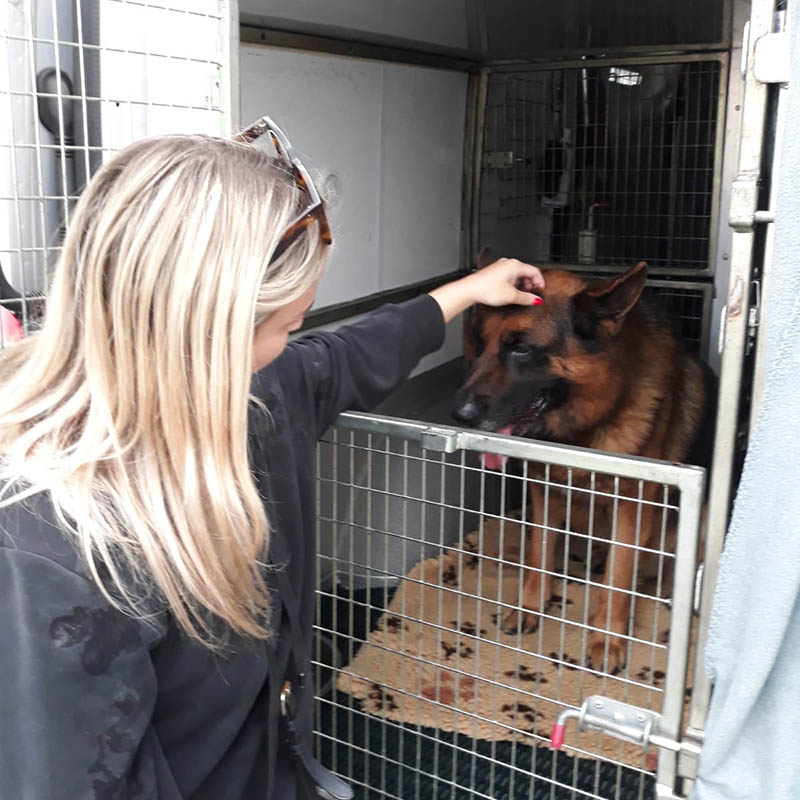 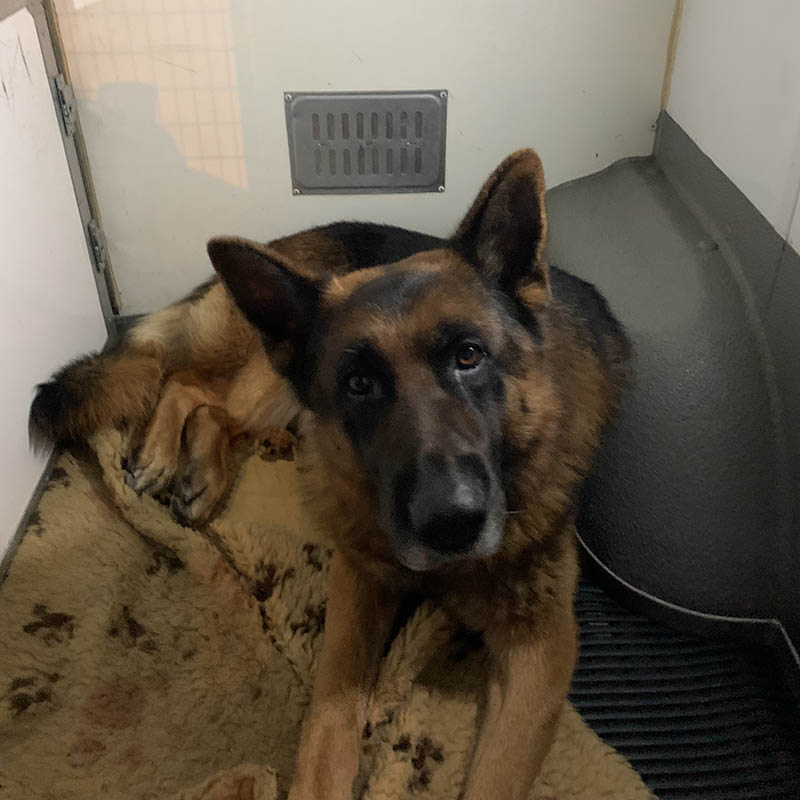 He’s quite a big boy but very friendly and even a bit soppy! 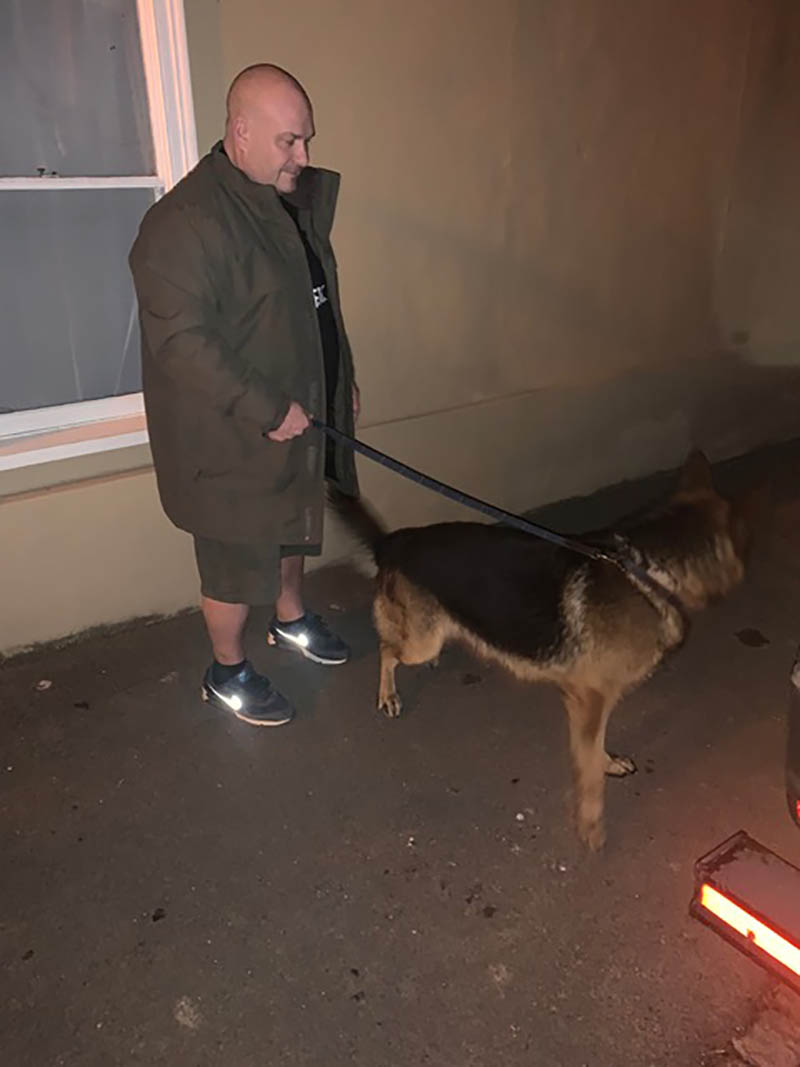 Misa and Cloud, a dog and a cat from Portugal to the UK

Adorable Misa and feline friend Cloud were a late addition to our trip. They hopped on board in Lisbon, heading to Coventry where their mum was waiting for them. 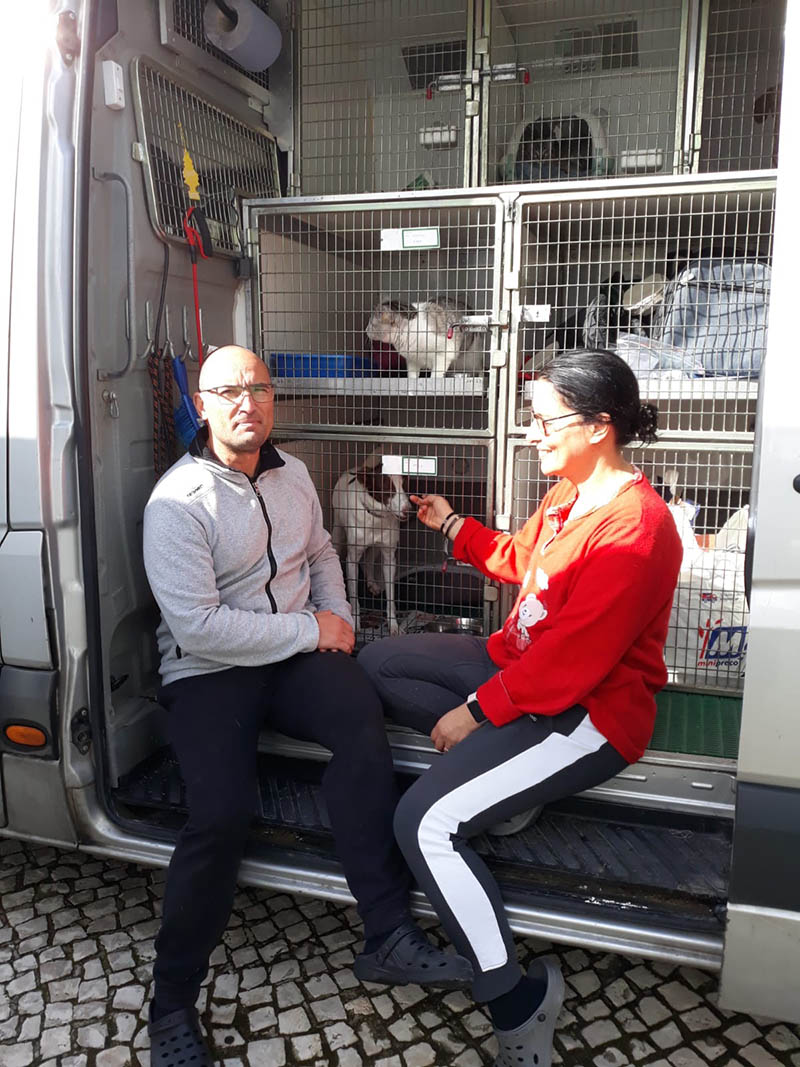 The pets’ caring grandparents saw them safely away 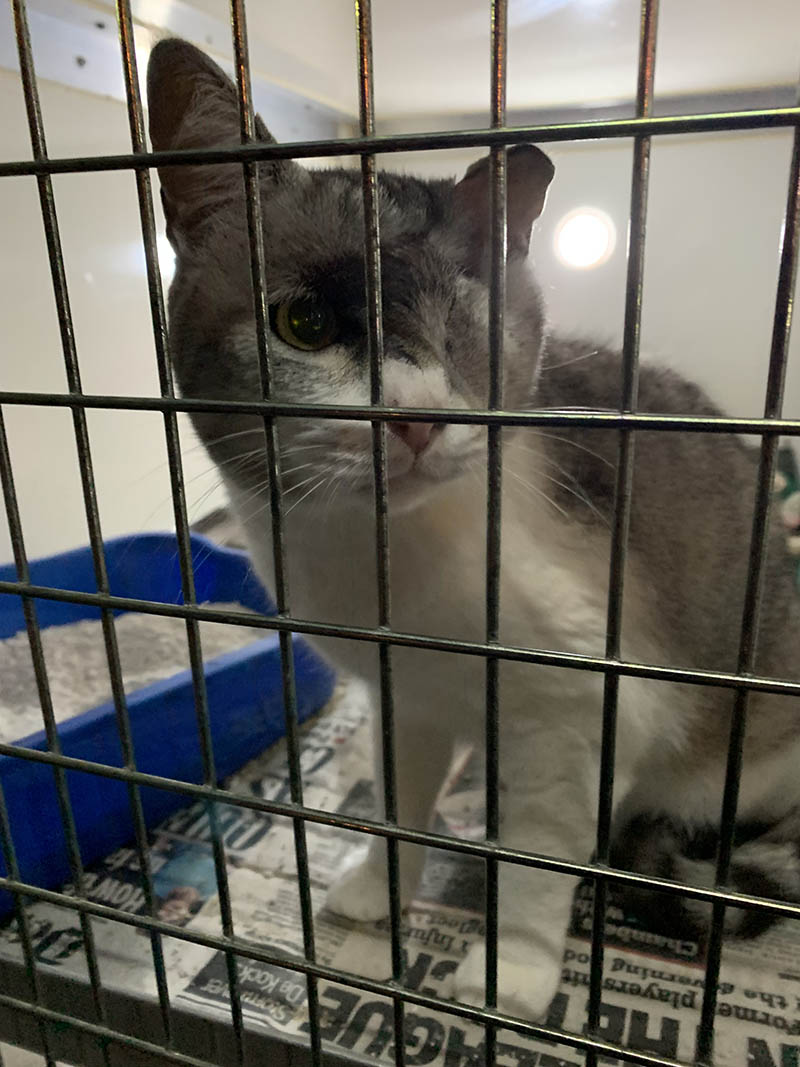 Cloud was very alert on the journey

Athos, a dog from Switzerland to the UK

Dapper Athos travelled with Animalcouriers from Switzerland to Northumberland for a reunion with owner Sari. 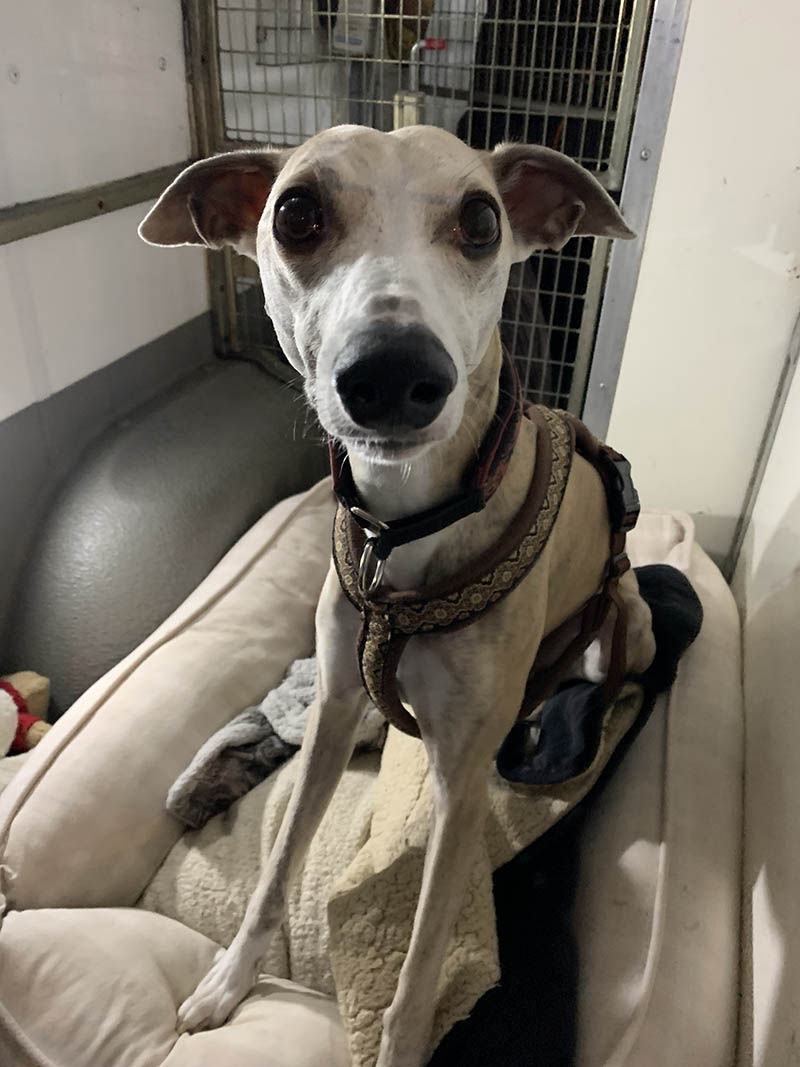 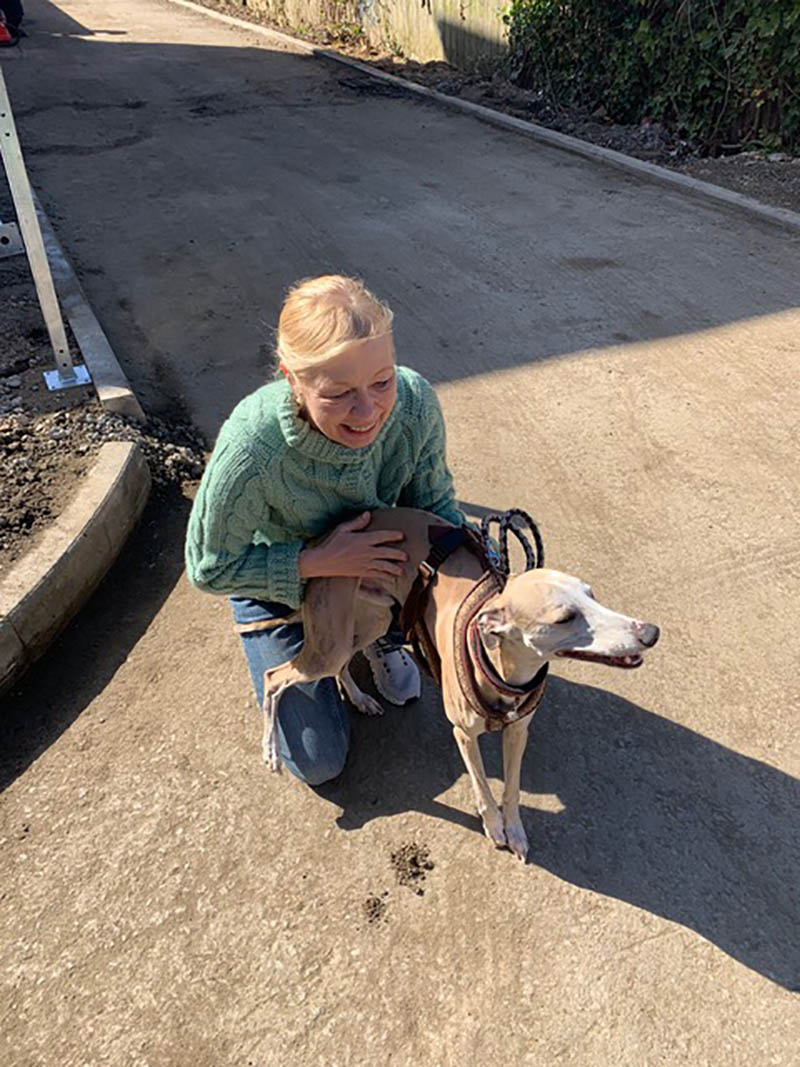 Smiles all round as Athos and Sari are reunited