A trip round western Spain and Portugal

Professor Albert Nuggles — Nuggles to his mates — is a lively and friendly little Yorkie. His owner warned us that anyone who meets Nuggles is in danger of being licked to death, which turned out to be pretty close to the truth!

We collected Nuggles in Manchester and delivered him to Roquetas de Mar in Spain. 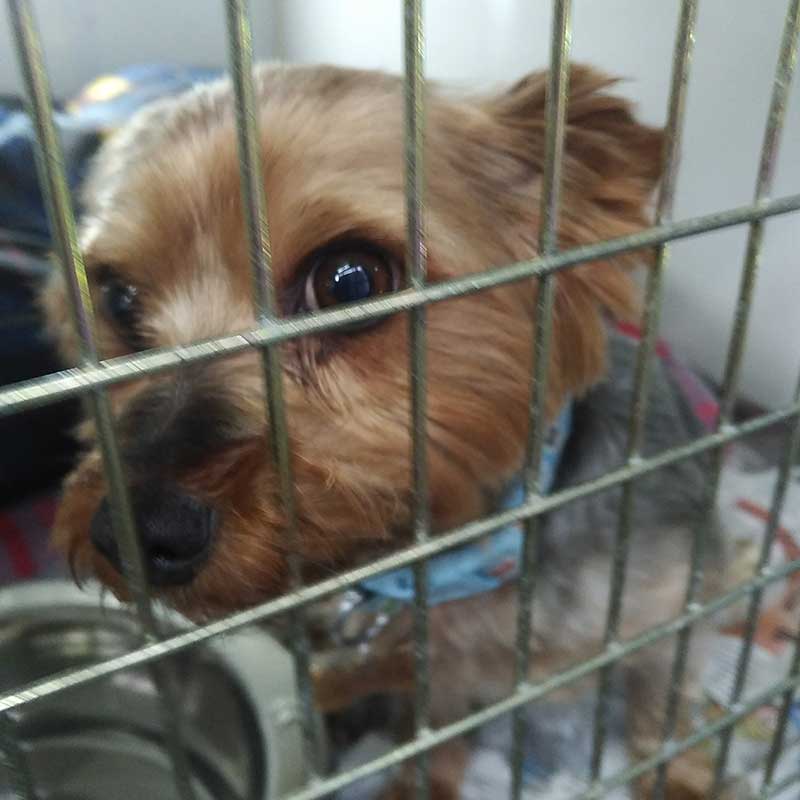 Nuggles on the first leg of his journey, travelling down from Manchester 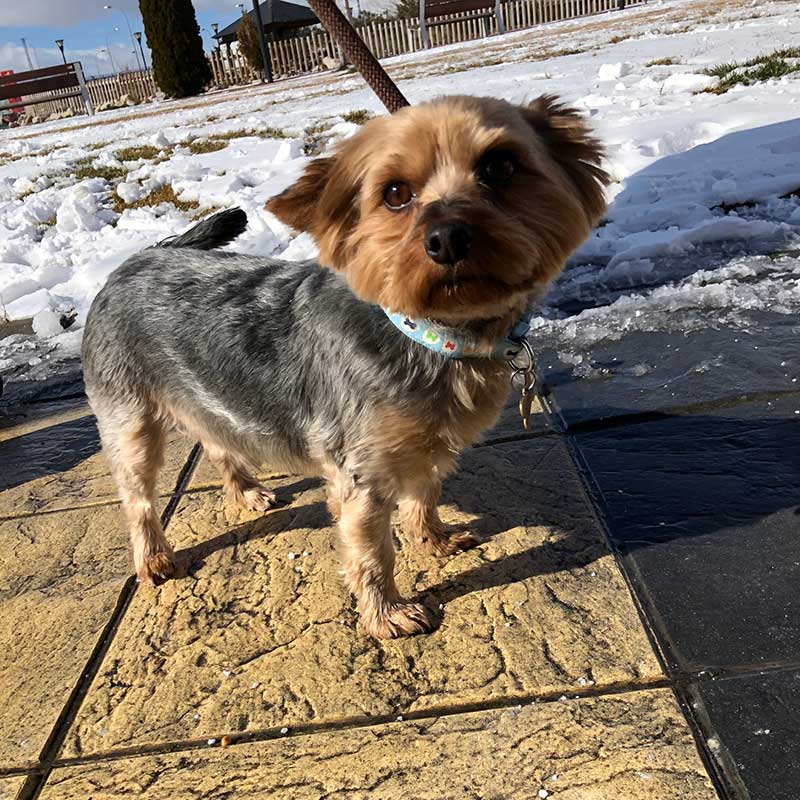 Even by Yorkie standards Nuggles is a tiny dog, but a huge character. We reckon he’ll be glad to swap the snow for Spanish sunshine! 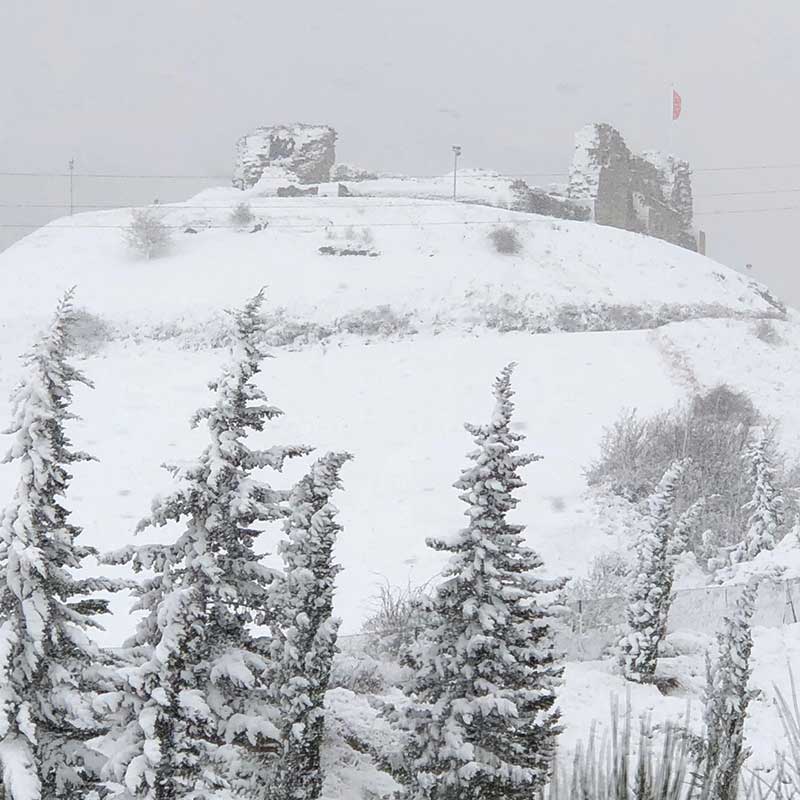 The snow in north west Spain was very pretty but fortunately only patchy. As we headed south, things improved very rapidly. 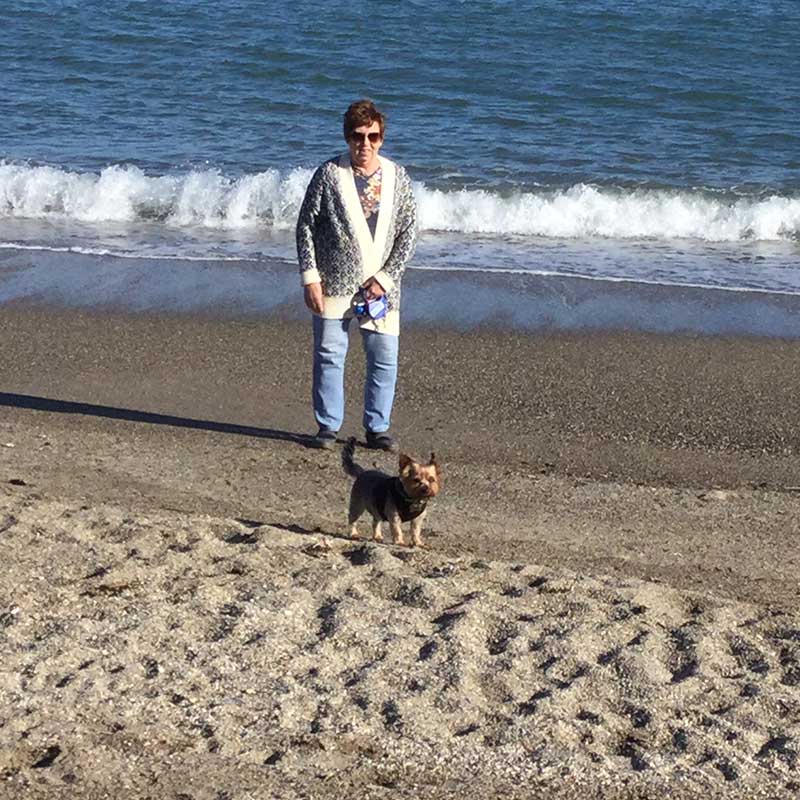 Among our most frequent passengers, Tojo and Rockie originally travelled with us from Northern Cyprus a number of years ago. Mandy and family have homes in Belfast and Alicante, and the dogs travel with us regularly between the two countries. The dogs are great passengers, well behaved, lots of fun and always busy. 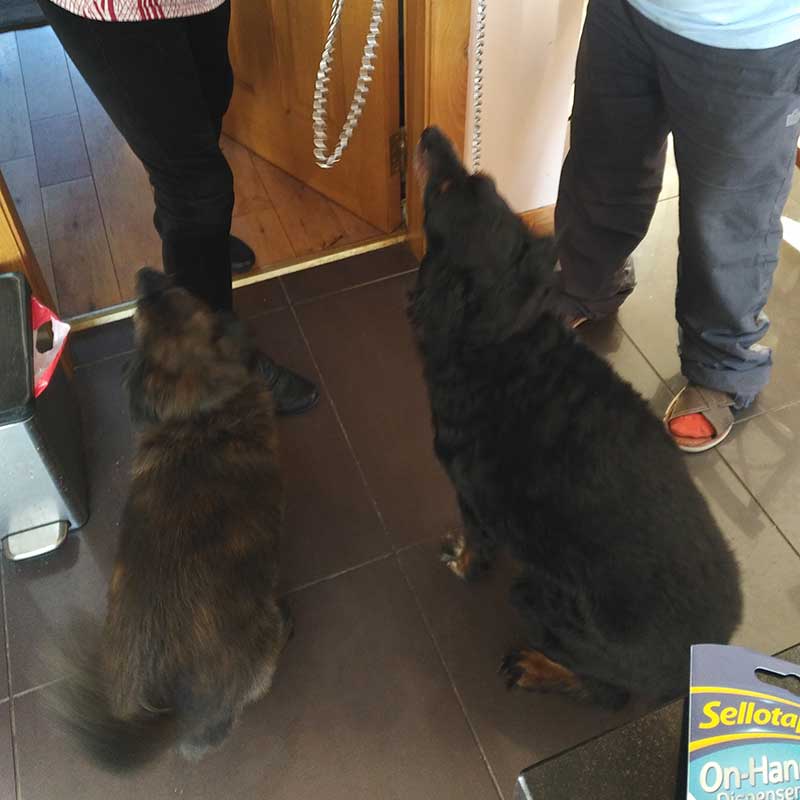 Here they are in Belfast, eager to get going 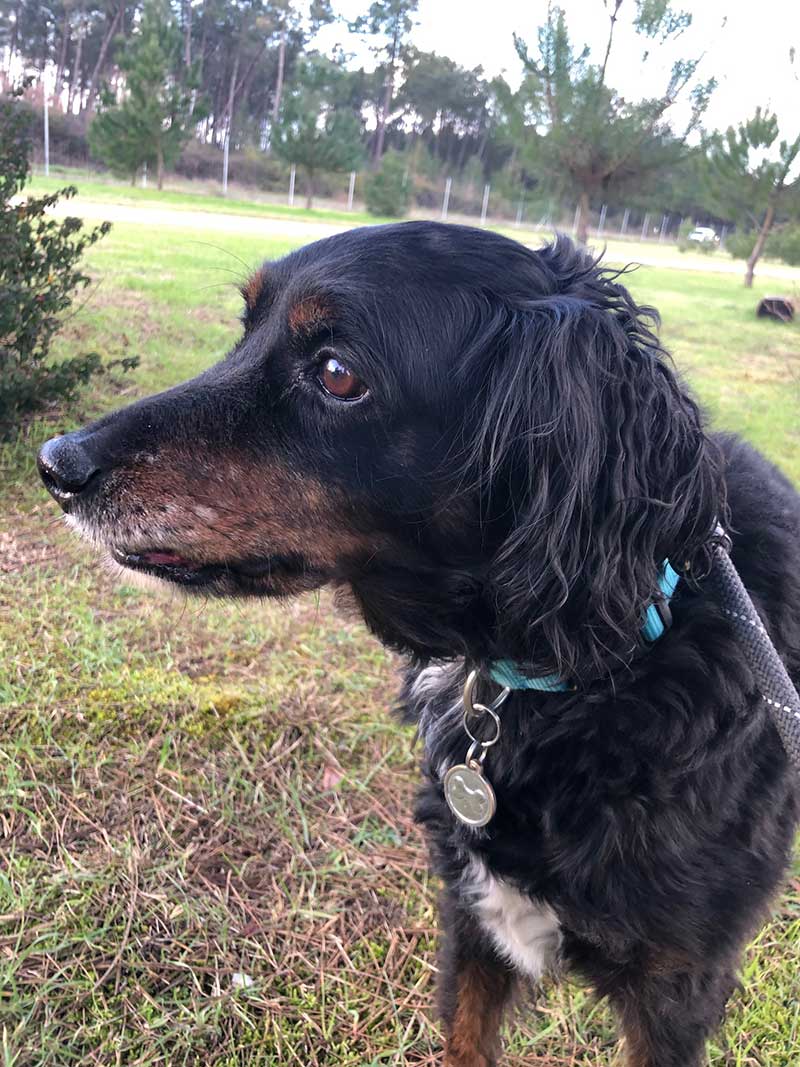 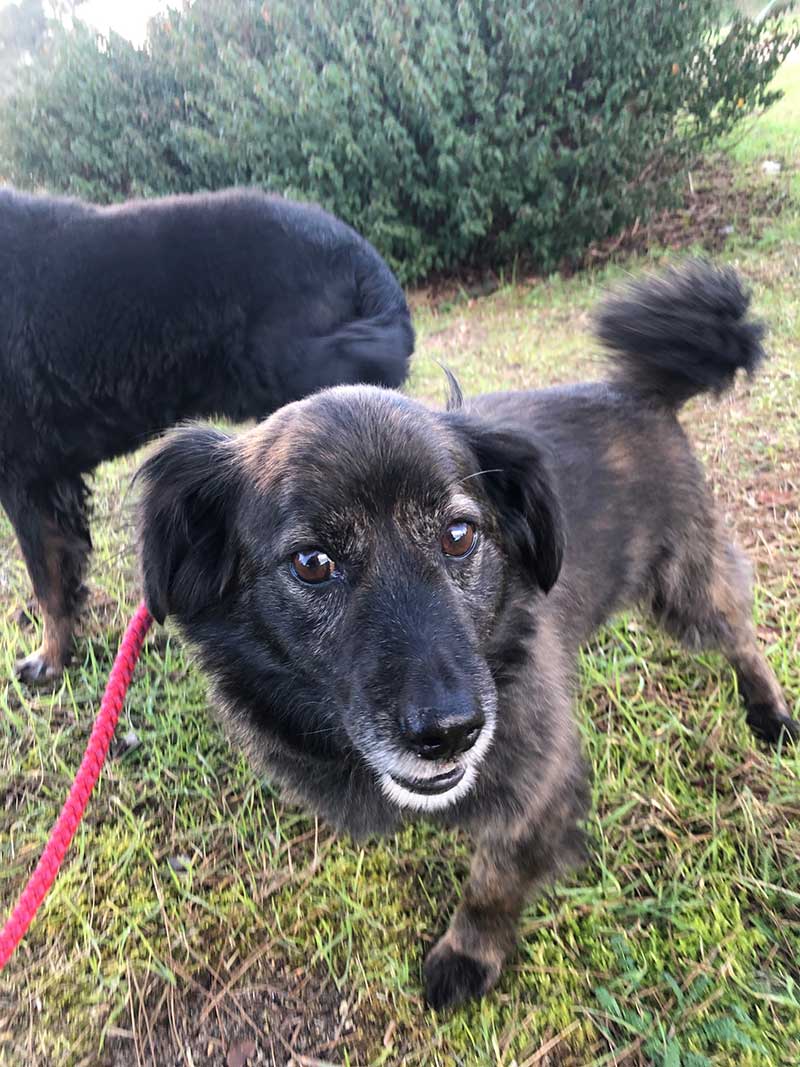 Darling Tojo — despite being a leg short, he’s definitely in charge

A first for us — a leopard tortoise! Tricky belongs to Andrew, who’s relocating from Northampton to Torrevieja. 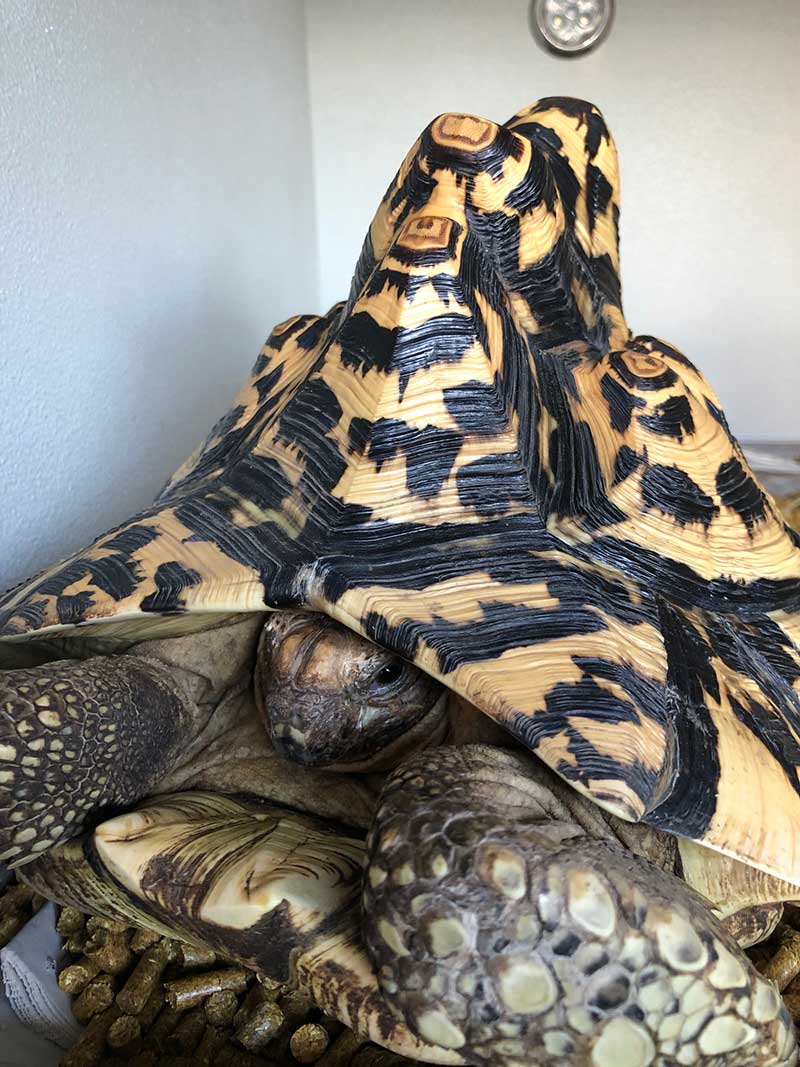 We were mesmerised by the patterns on Tricky’s shell 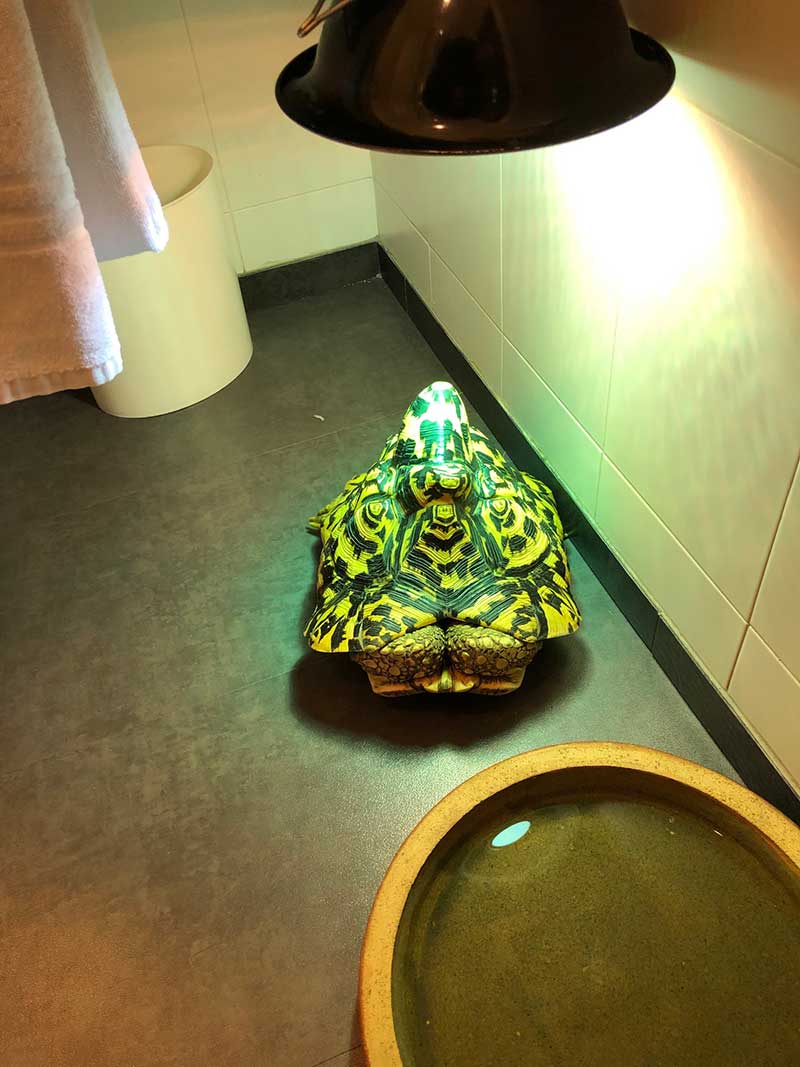 Tricky overnighted in courier M’s hotel room, so that she could bask under her heat lamp 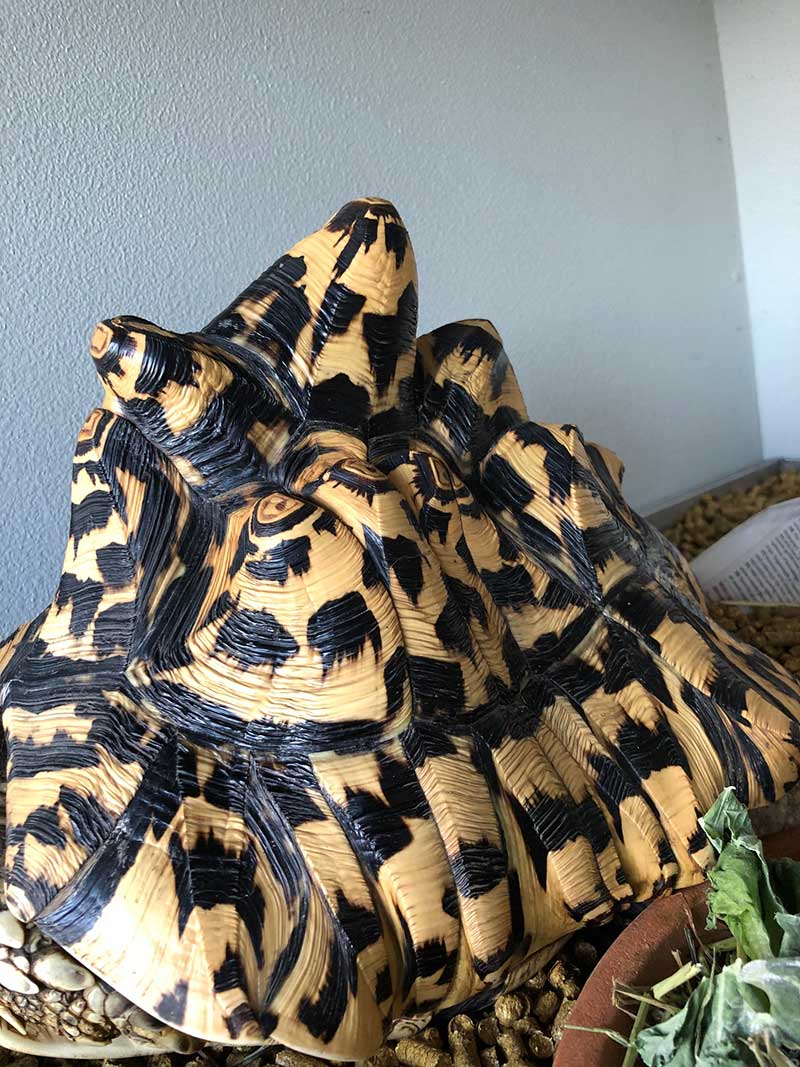 Leopard tortoises usually have smooth round shells, so we asked owner Andrew about the pyramiding in Tricky’s shell. He explained that it’s down to the fact that she had metabolic bone disease as a youngster, but it’s under control now and the overall growth of her shell is healthy.

Becoming Cliche — this is the rather special being that we mentioned… We now know why we hadn’t seen anything like her before.

Pretty lovebird Angel travelled from London to rejoin owner Juliet in the Malaga area of Spain. Juliet moved to Spain in December, leaving Angel in the temporary care of a friend.

Unfortunately Angel escaped through an open window and ended up at a hospital, where she was caught and taken to a vet, who handed her to a rescue centre for rehoming. Juliet flew back to look for Angel, putting up posters and making enquiries. Discovering what had happened to Angel, she had quite a struggle to retrieve her from her new home, but finally managed it. 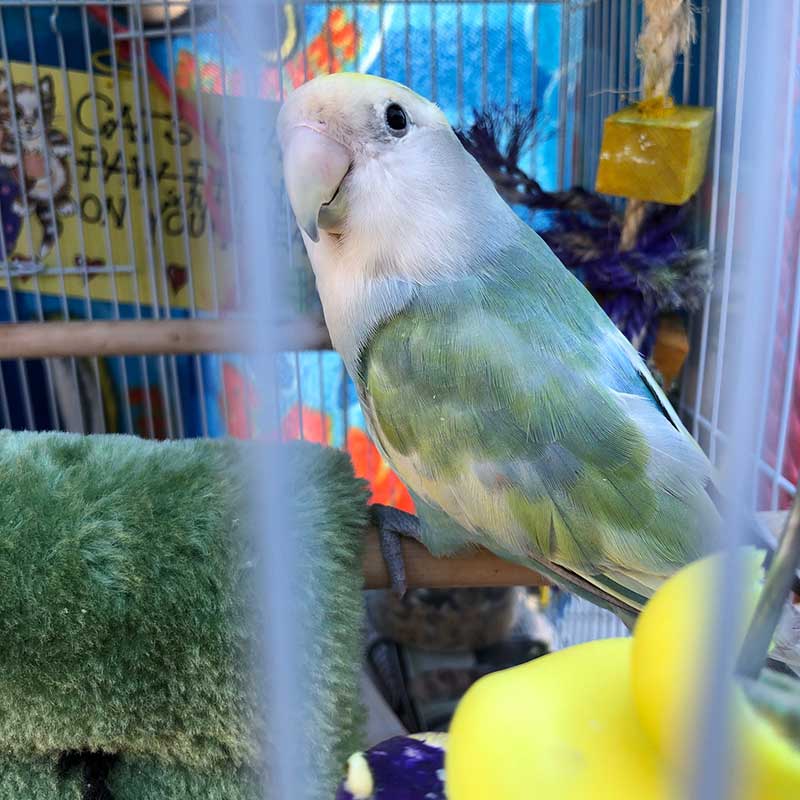 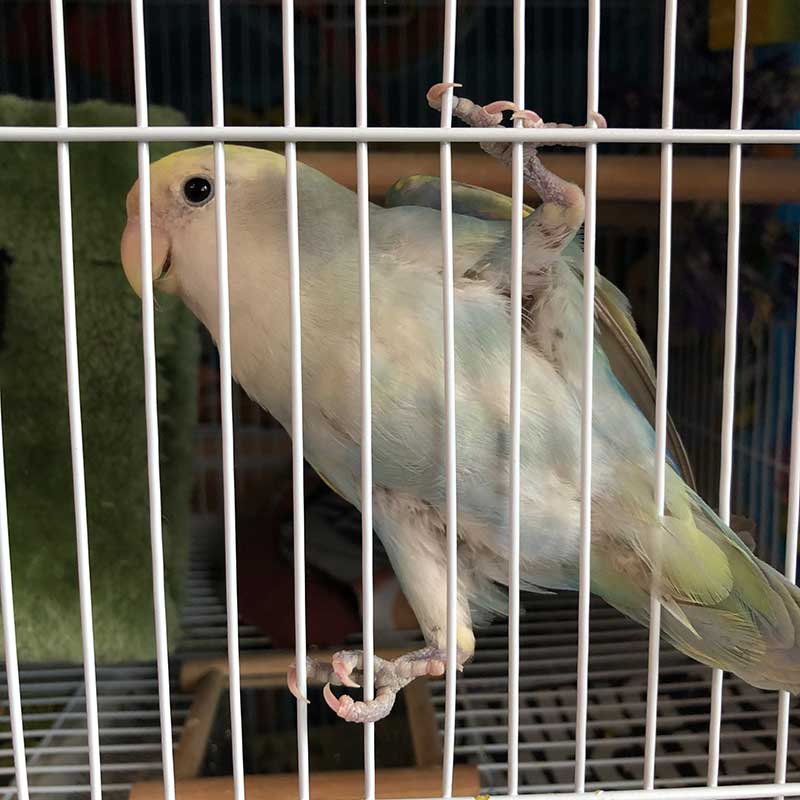 …and is quite the acrobat 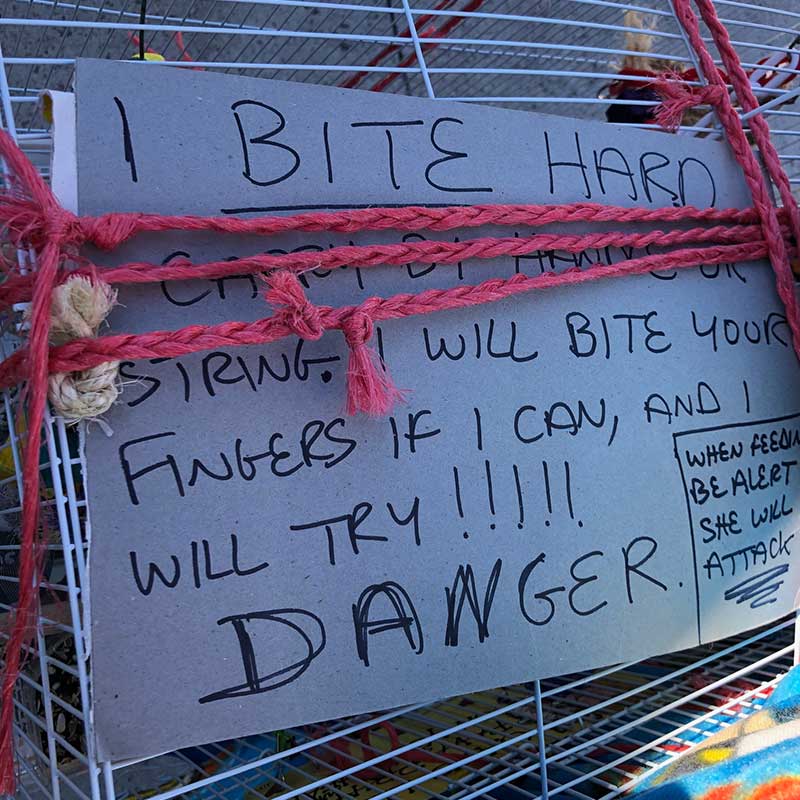 Angel looks very cute but comes with a health warning as she doesn’t share her love with anyone except Juliet! We managed to come through with all our fingers intact, phew! 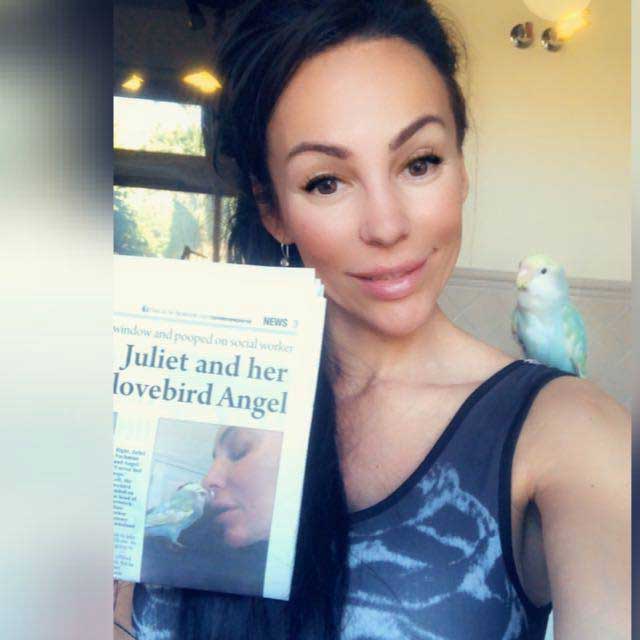 Juliet with Angel — and a copy of the Evening Standard, which featured the story

Lurcher cross Guinness started her journey in Belfast, heading all the way to Gibraltar to join owner Phil. 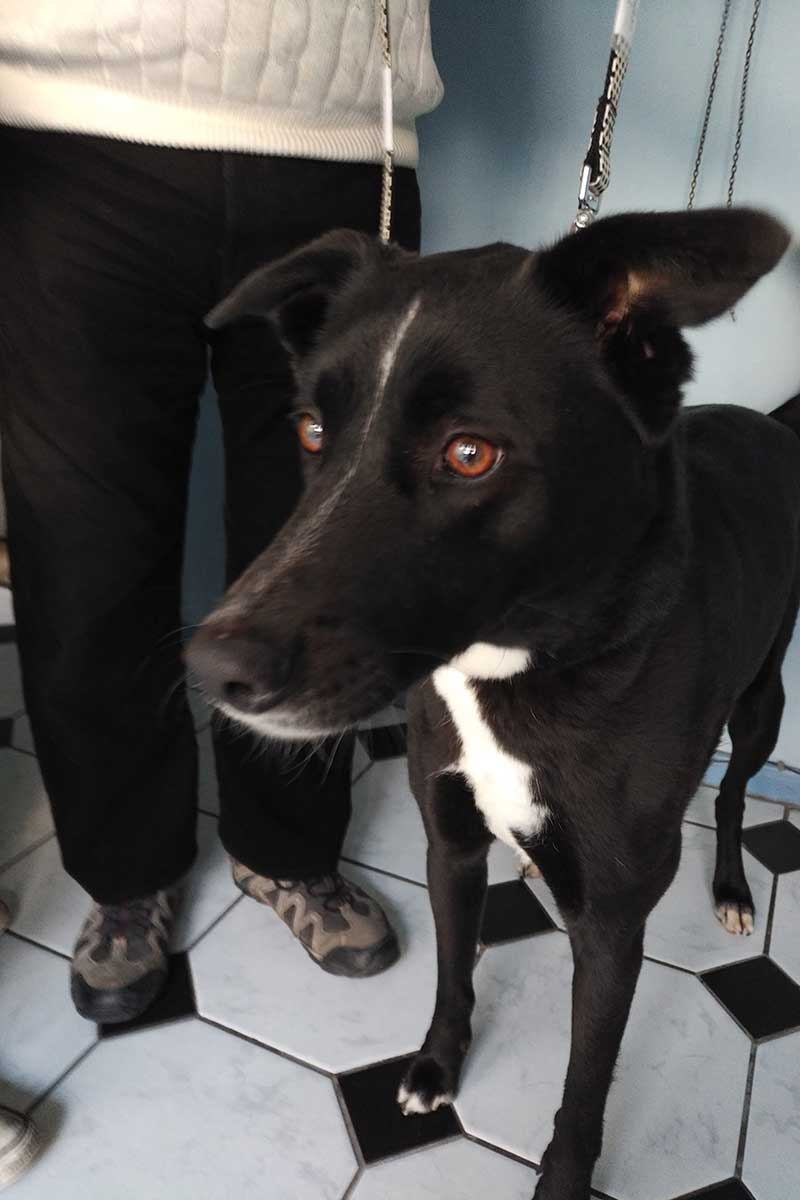 While Phil got settled in Gibraltar, gorgeous Guinness was in the care of his mum and dad, who became very attached to her. 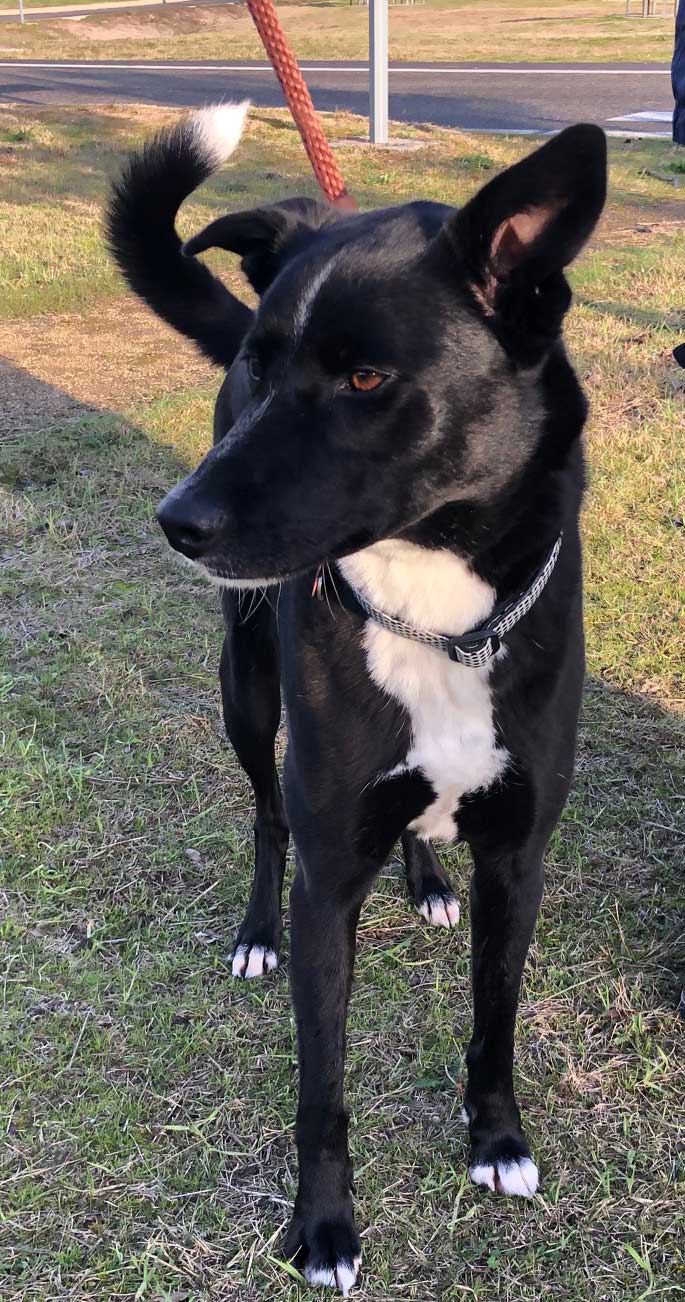 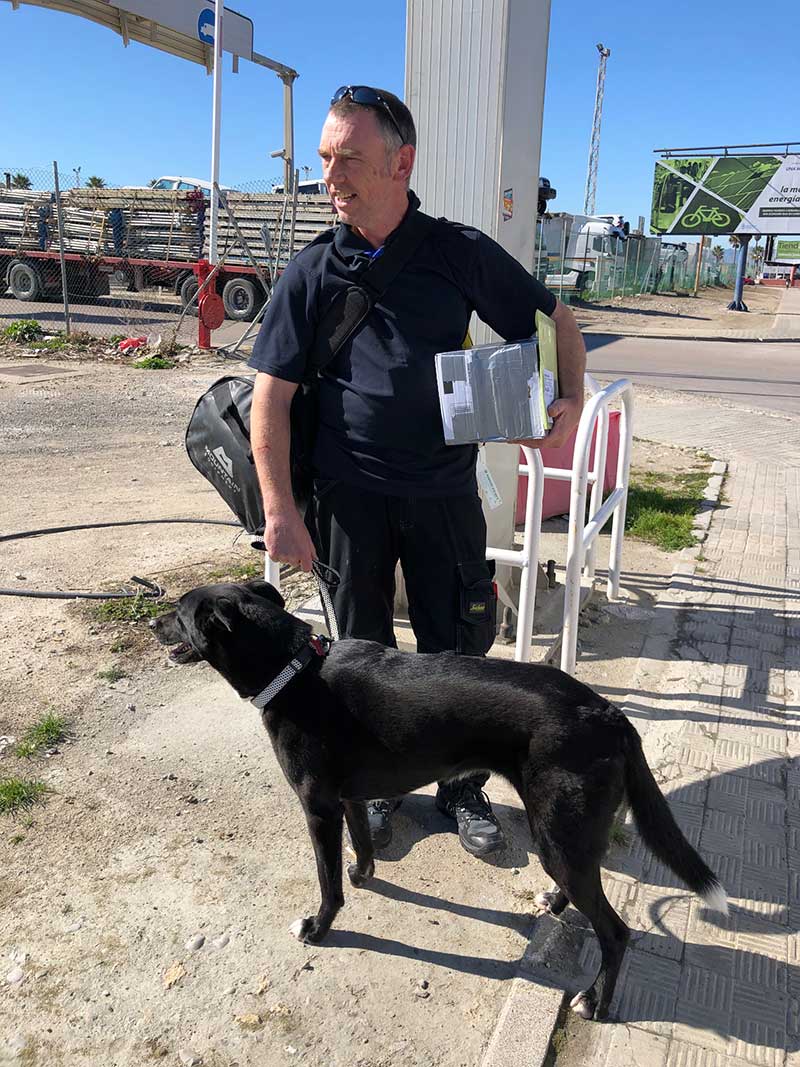 A happy reunion on a lovely sunny morning 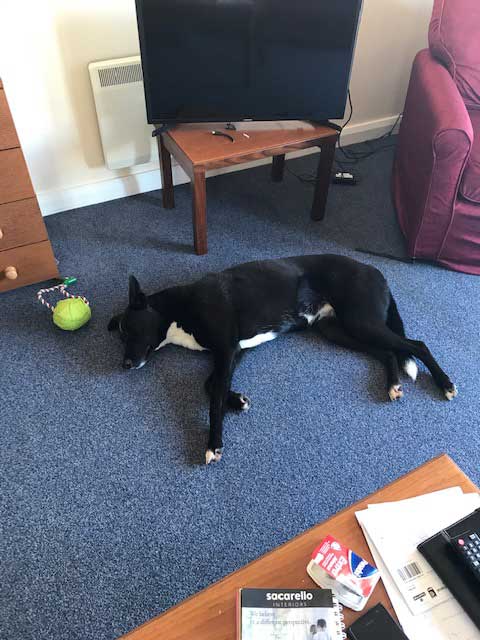 Phil sent an email to say: “Many thanks for transporting Guinness to me. She’s a bit huffy but otherwise perfect, slept since arrival!”

Elegant cat Miro, who travelled with us from Luton, belongs to Gonçalo and his partner who work for easyJet. With Brexit imminent, both have applied for a transfer to a new location. In the meantime, Miro will be looked after by Gonçalo’s mum and dad in Lisbon. Mum Isabel is very excited about having Miro to stay as she thinks it may lead Gonçalo and his partner to relocate to Lisbon! 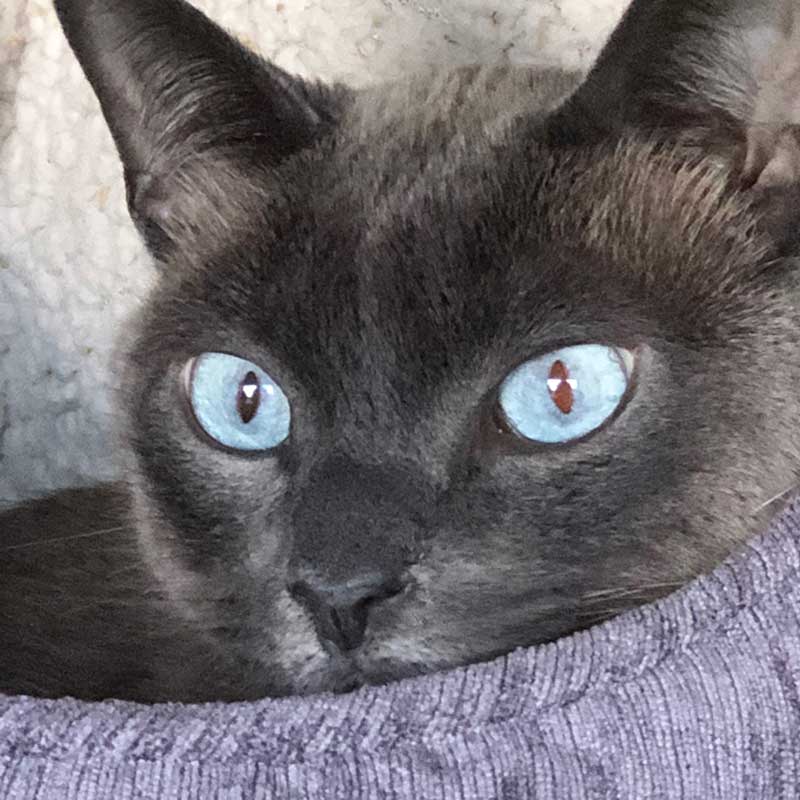 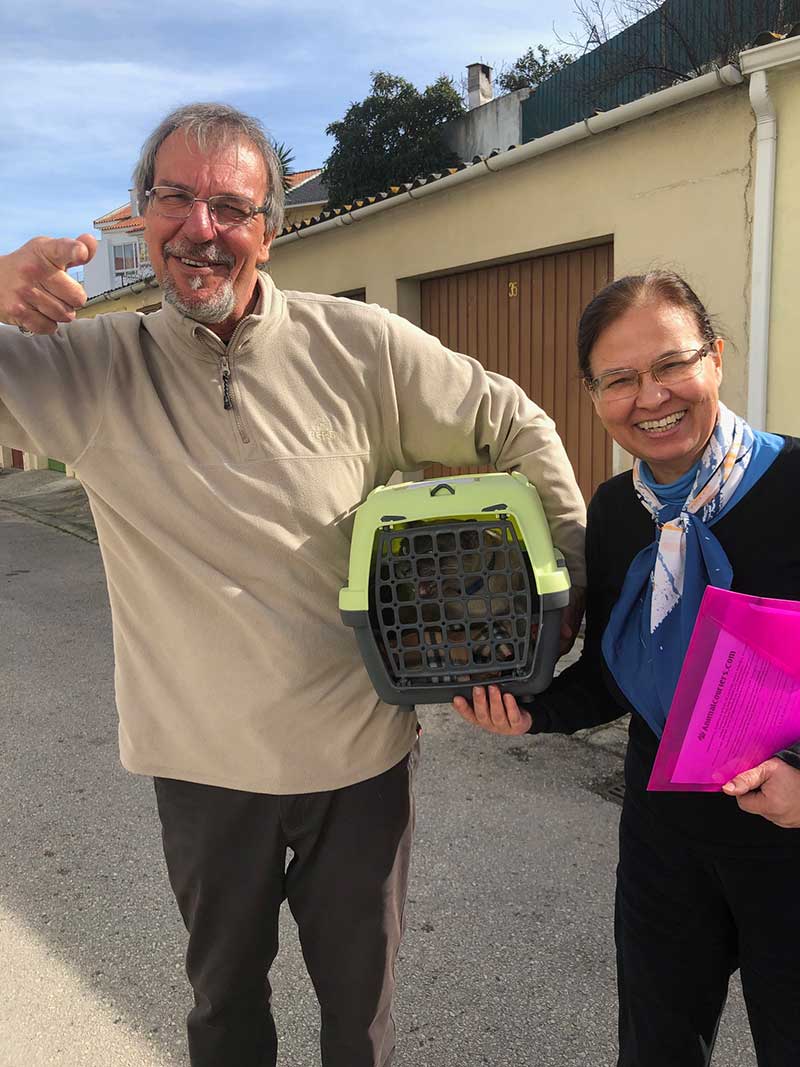 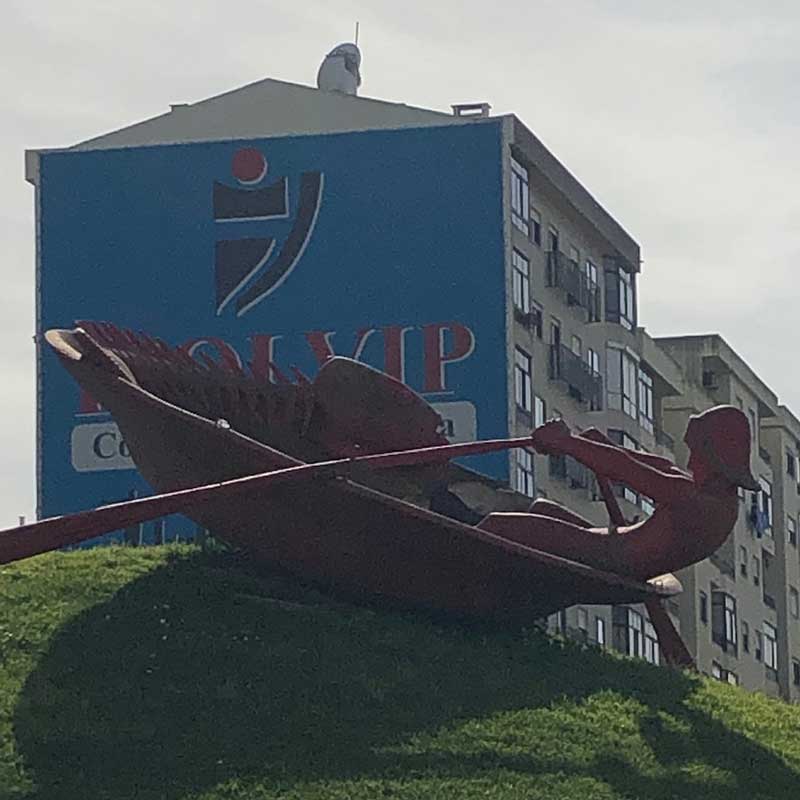 An intriguing roundabout in Lisbon