Dogs travelling by road and air

With dogs travelling by road and air, our couriers have been out and about. Courier Paul journeyed to Scandinavia, courier Anthony went to Germany, and courier Ricardo drove to Scotland.

Barley, a dog from the UK to Denmark

Gorgeous three-year-old Barley made the journey from Oxfordshire to Aarhus in Denmark, where his family have relocated. 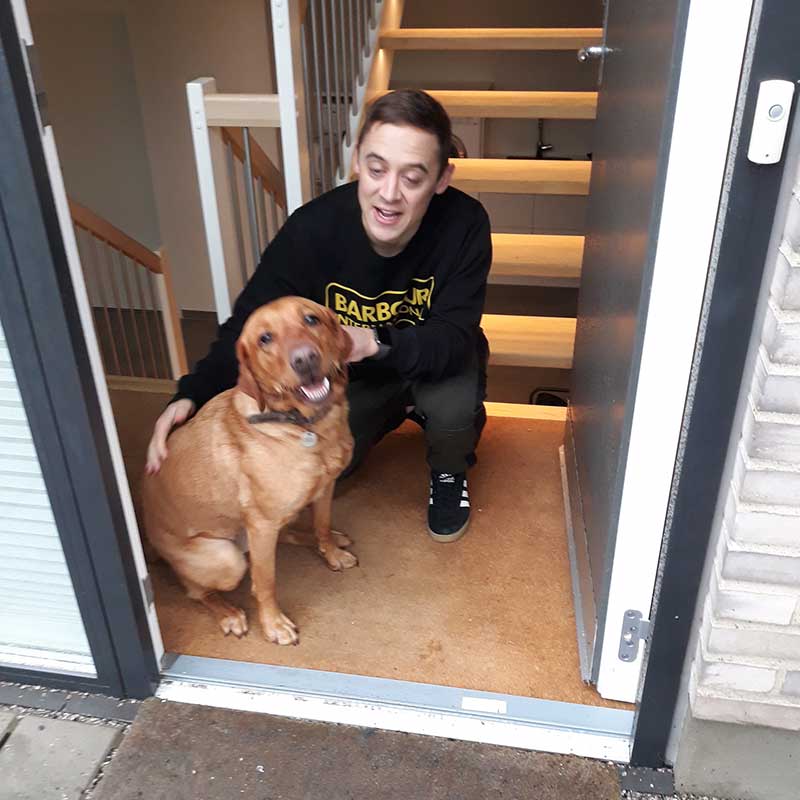 Smiles all round as Barley is reunited with his family

Louie, a dog from the UK to Sweden

Six-year-old Lurcher Louie travelled to Stockholm, where his dad was waiting to continue their journey to northern Sweden. 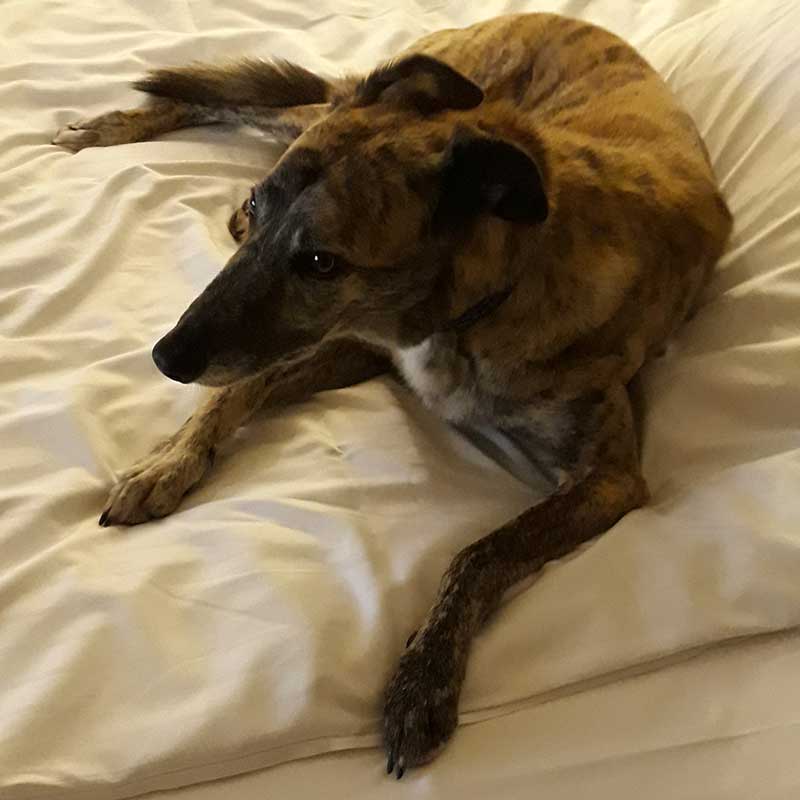 Maisie, a dog from Sweden to the UK

“A wonderful, friendly, efficient, helpful and kind transfer of our elderly Border Terrier, Maisie from Stockholm to our new home in Gloucestershire. Paul, her courier, arrived in a blizzard. As elderly parents of our little girl he put us at ease. During the three days in his care she was well looked after. Paul kept us informed of her wellbeing on the journey and was a good communicator. She arrived safe and well and on time. We were delighted with the service offered by Animalcouriers and would recommend them to anyone needing to move their pet across Europe.” 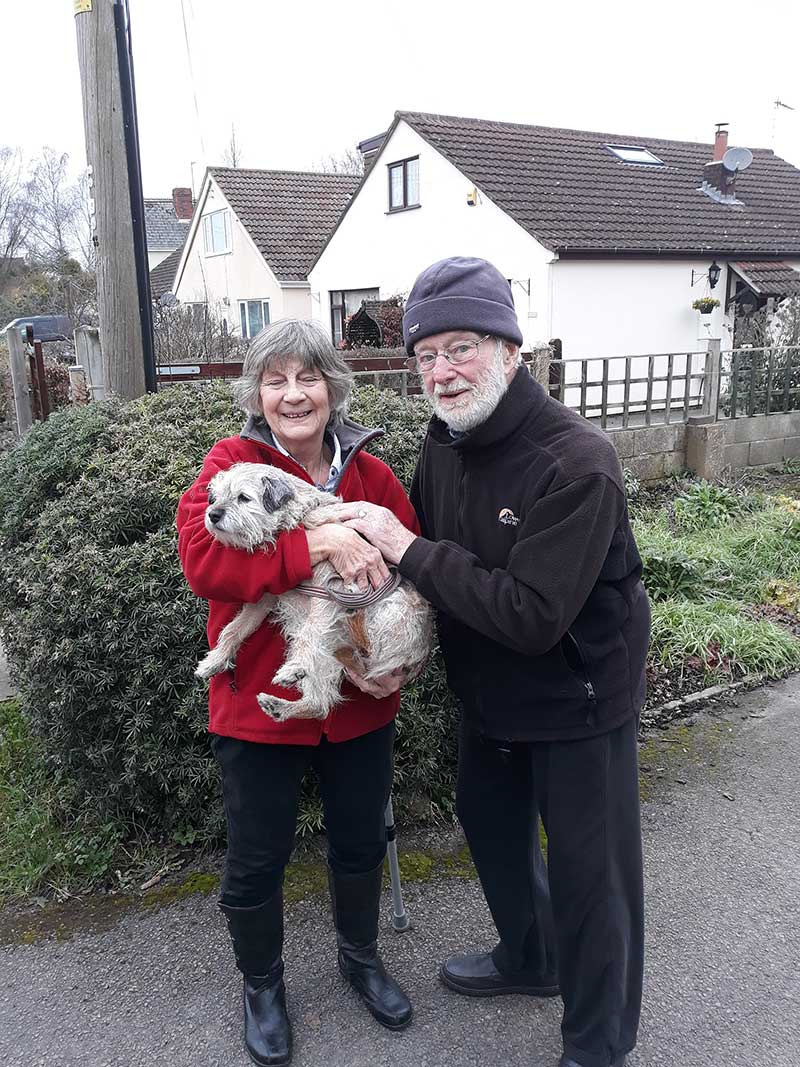 Sue and Girt with their beloved Maisie at home in Gloucestershire

Three dogs from Hong Kong to the UK via Frankfurt

There’s been a steady stream of dogs relocating with their owners from Hong Kong to the UK. We meet the dogs at their arrival airport and drive them to their new family homes.

These three lovelies flew in to Frankfurt, where courier Anthony collected them. Once in the UK, courier Ricardo transported them to their new homes for happy reunions with their families. 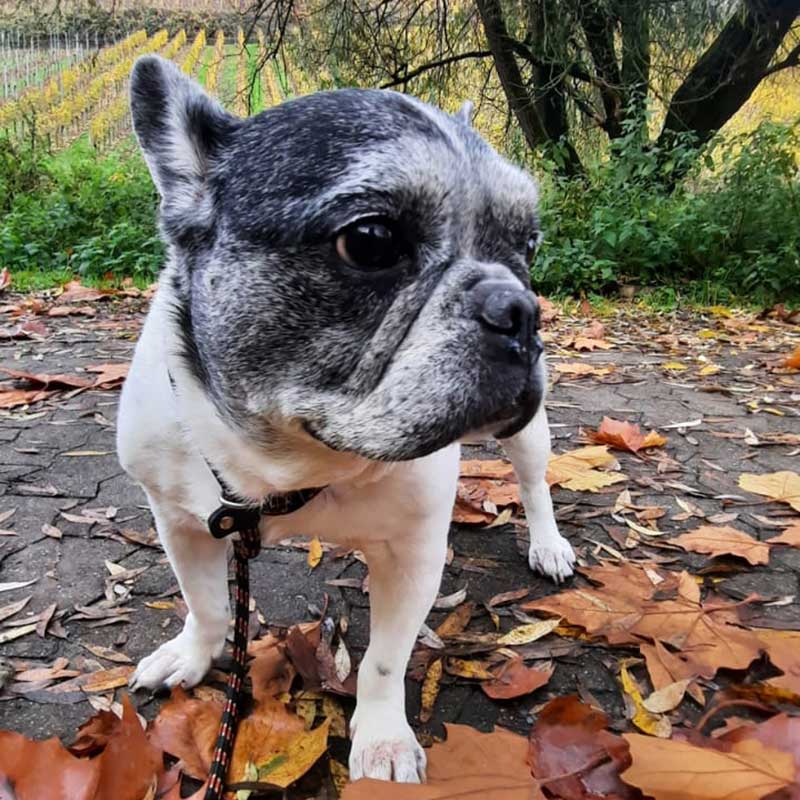 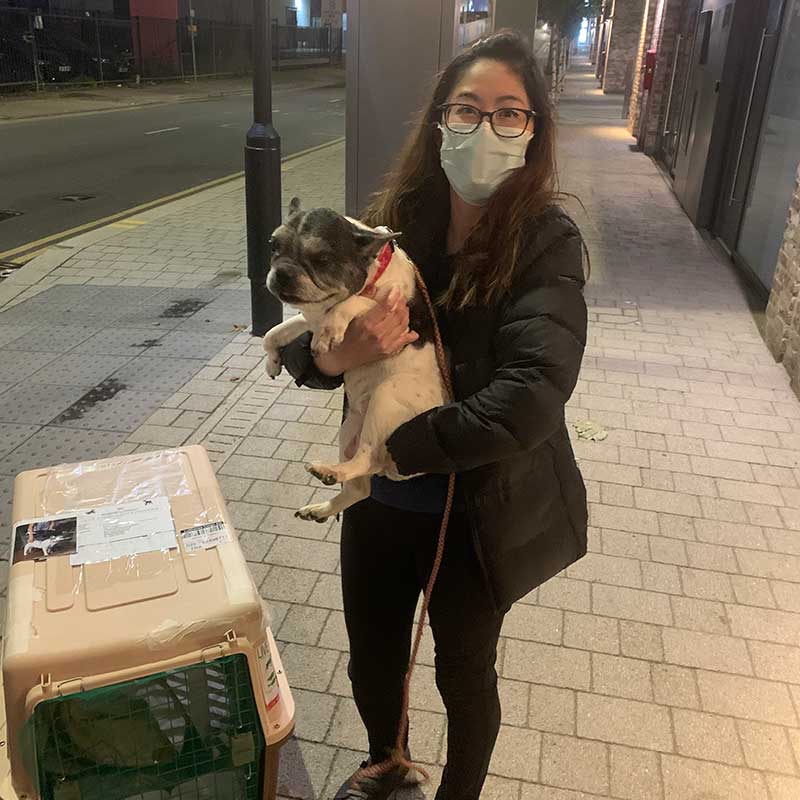 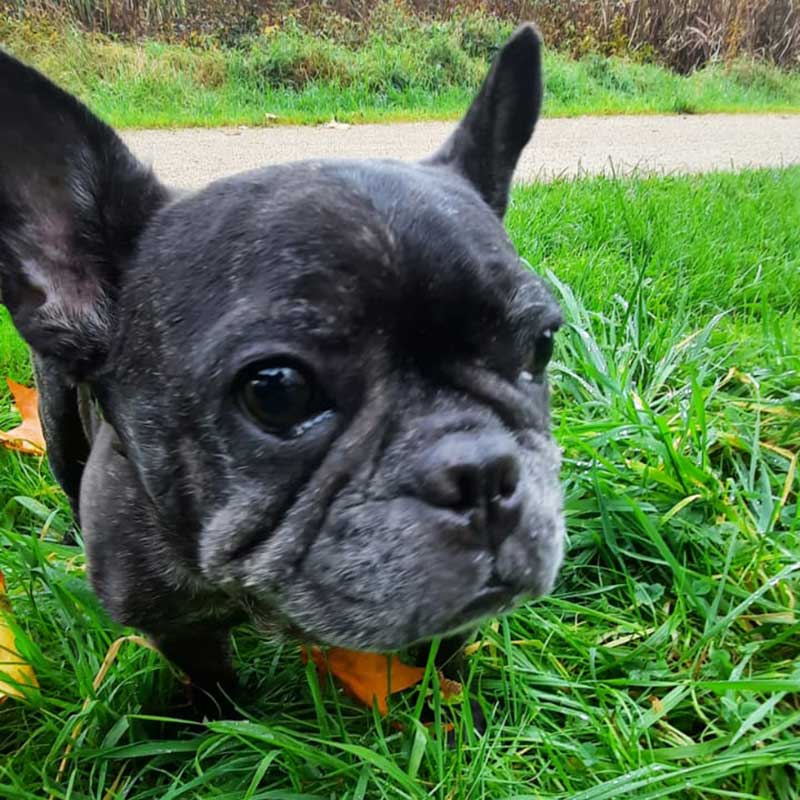 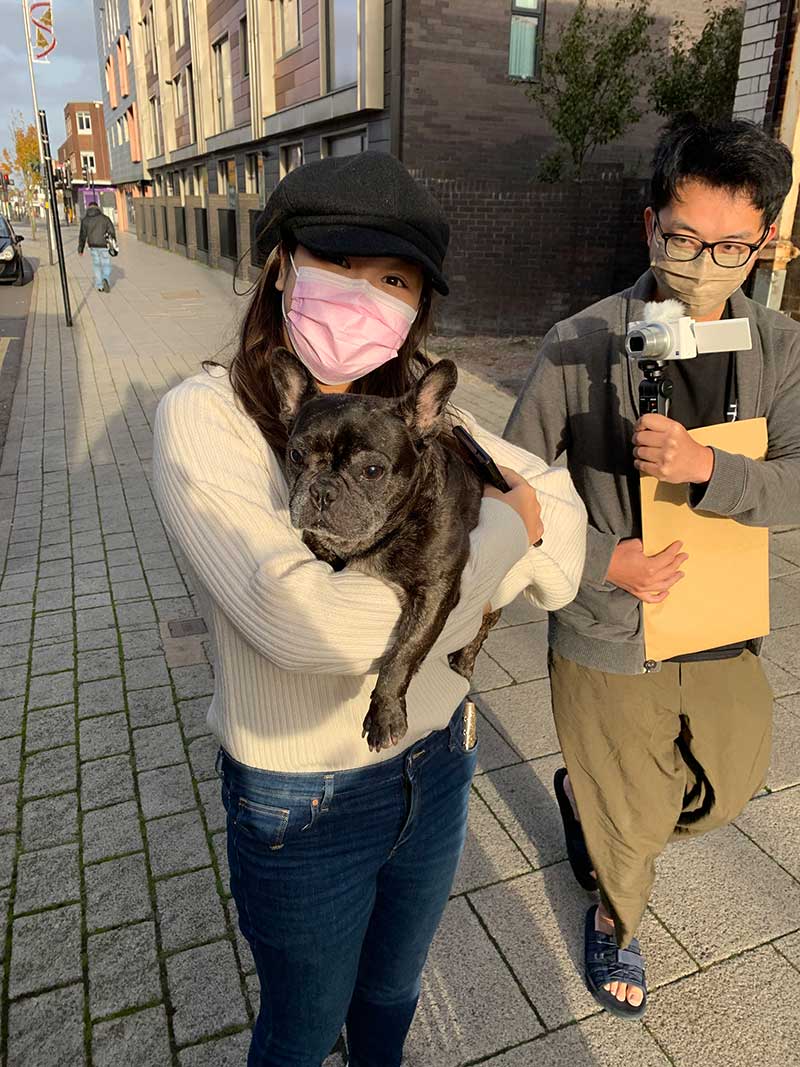 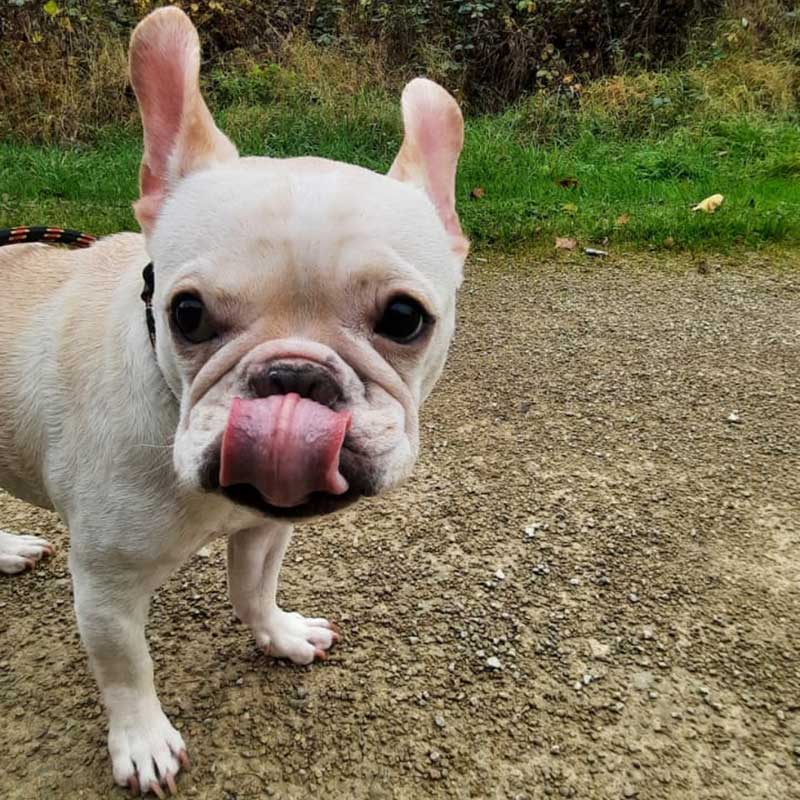 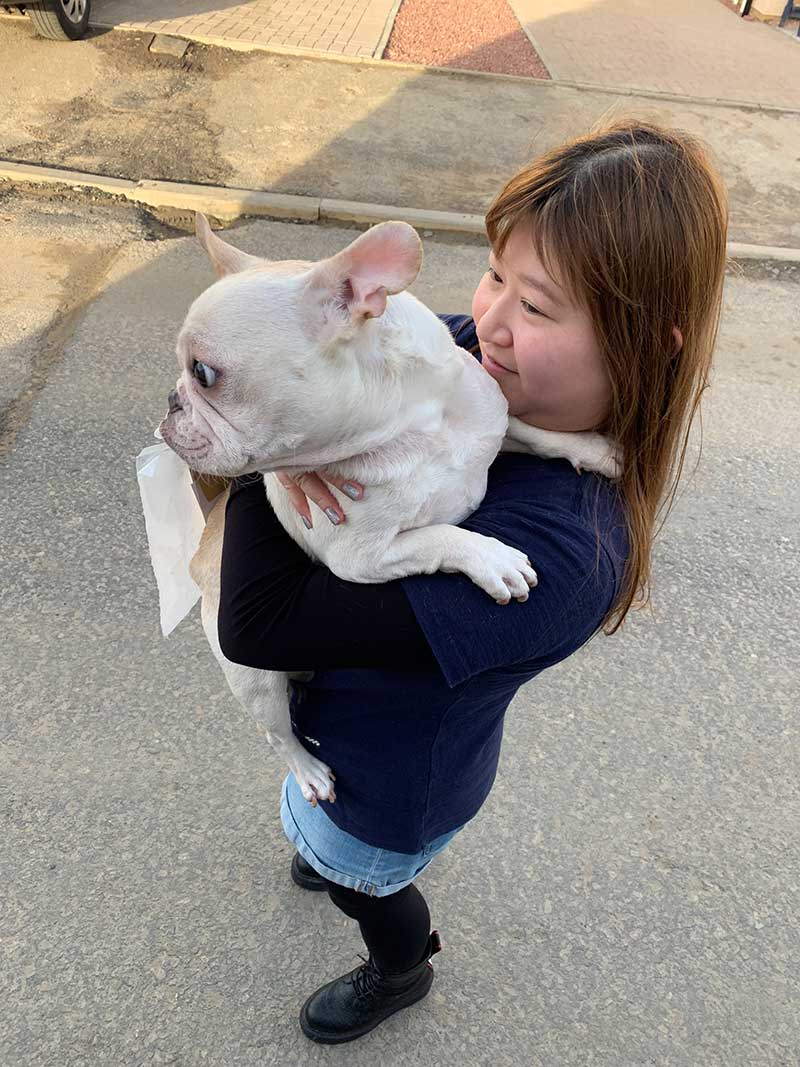 PigPig in the arms of owner Ling Siu Yi in Glasgow

Louis XIV, a dog from Northern Ireland to the US via Frankfurt

This handsome hound lives up to his majestic name! Owner Amy relocated from Belfast to the US and asked us help with Louis’s travel. We collected him in Belfast and brought him to our Surrey base, where he stayed the night with us. The next day, courier Anthony drove Louis to Frankfurt to catch his flight. 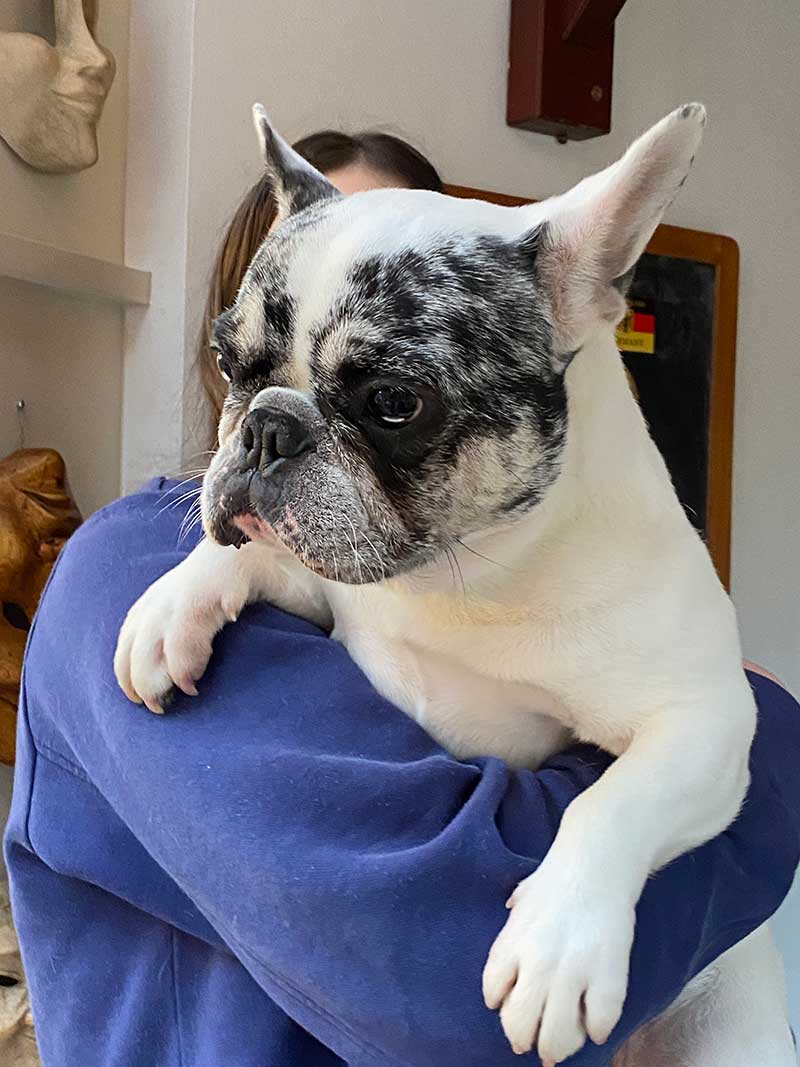 Louis proved to be very playful — he loved charging around after balls. Once he’d worn himself out he became quite the love bug!