Trips to northern Sweden and the west coast of Portugal

On recent trips to northern Sweden and the west coast of Portugal, Courier Ricardo enjoyed radically different climates and landscapes.

Harry and Jimi, 2 cats from London to Sweden

On his journey to Sweden, courier Ricardo had Harry and Jimi for company. These delightful cats made the journey from London to Västernorrland in the north of Sweden, to rejoin owners Clare and Philippe. 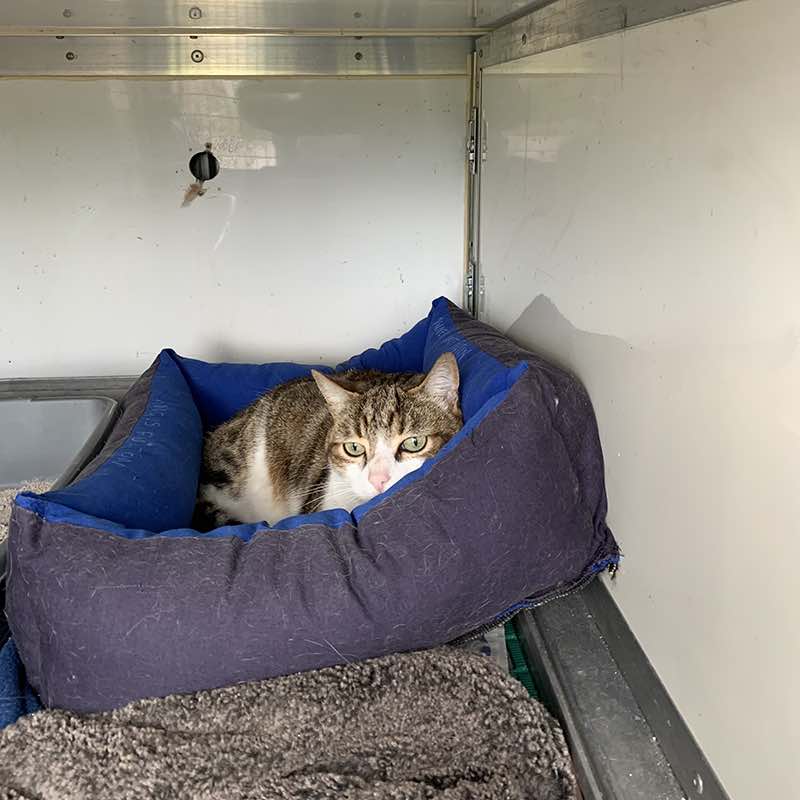 Tabby and white Jimi getting comfy on the trip 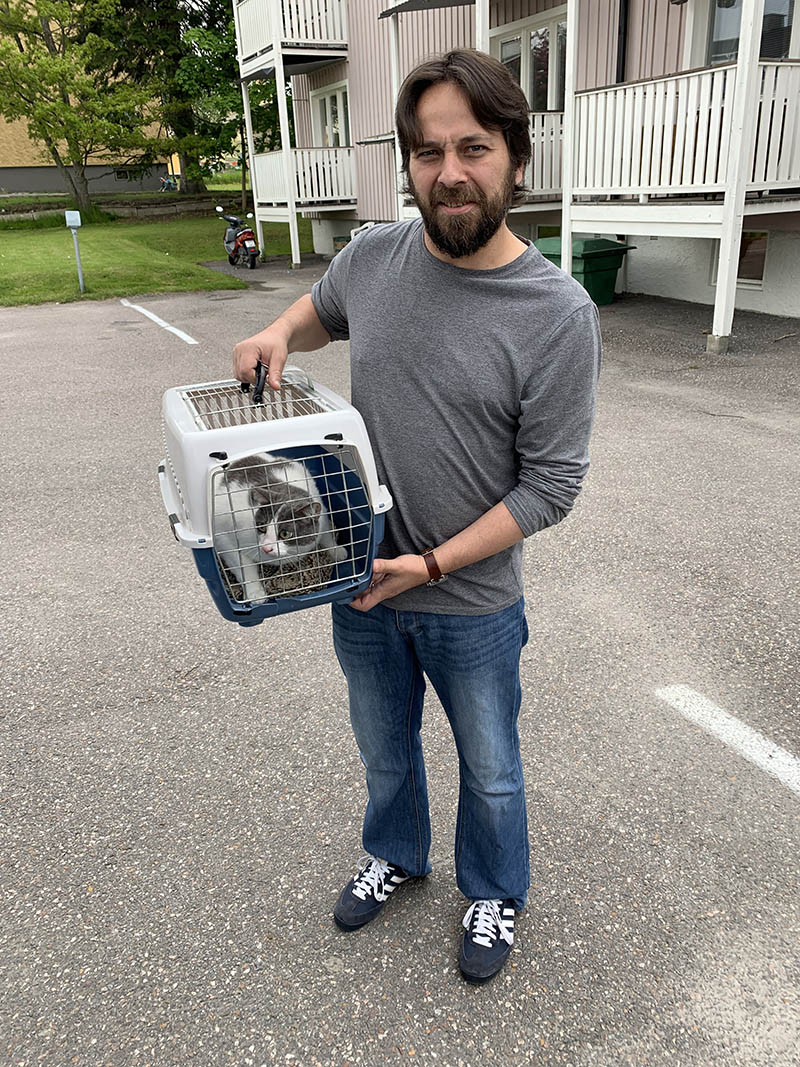 Philippe pleased to receive Harry and Jimi at their Swedish home 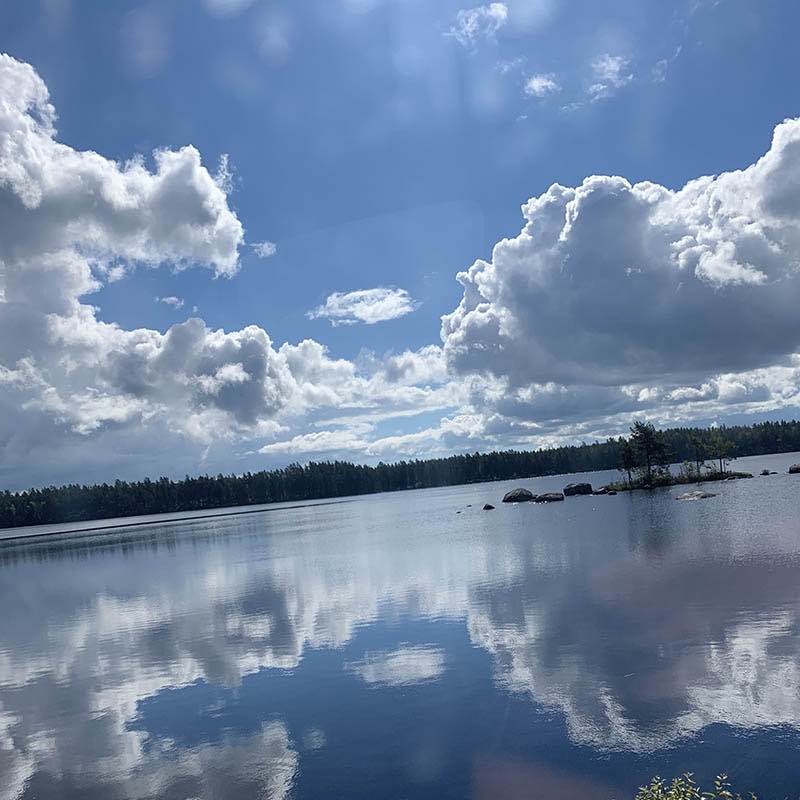 One of Sweden’s many stunning lakes

Nimbus, a dog from Stockholm to London

Having delivered Harry and Jimi, courier Ricardo headed to the Swedish capital where he met up with Daniel and his white Mini Schnauzer, the appropriately named Nimbus. Darling Nimbus travelled to London, where Daniel is relocating. 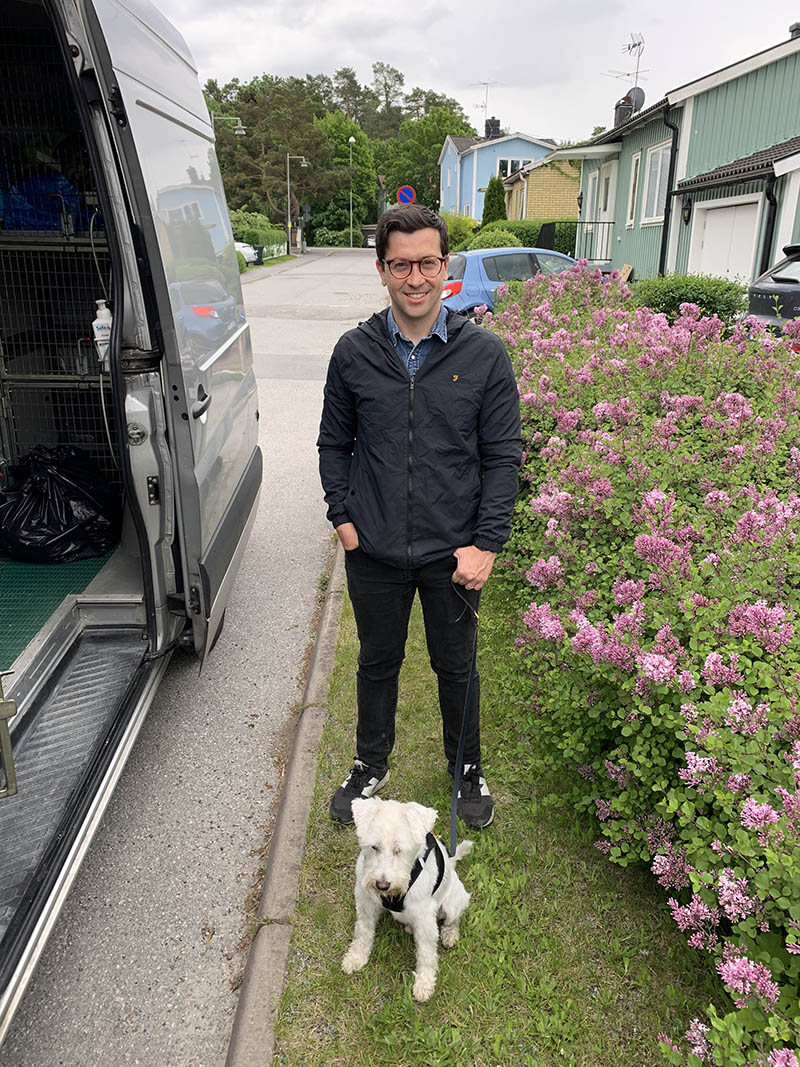 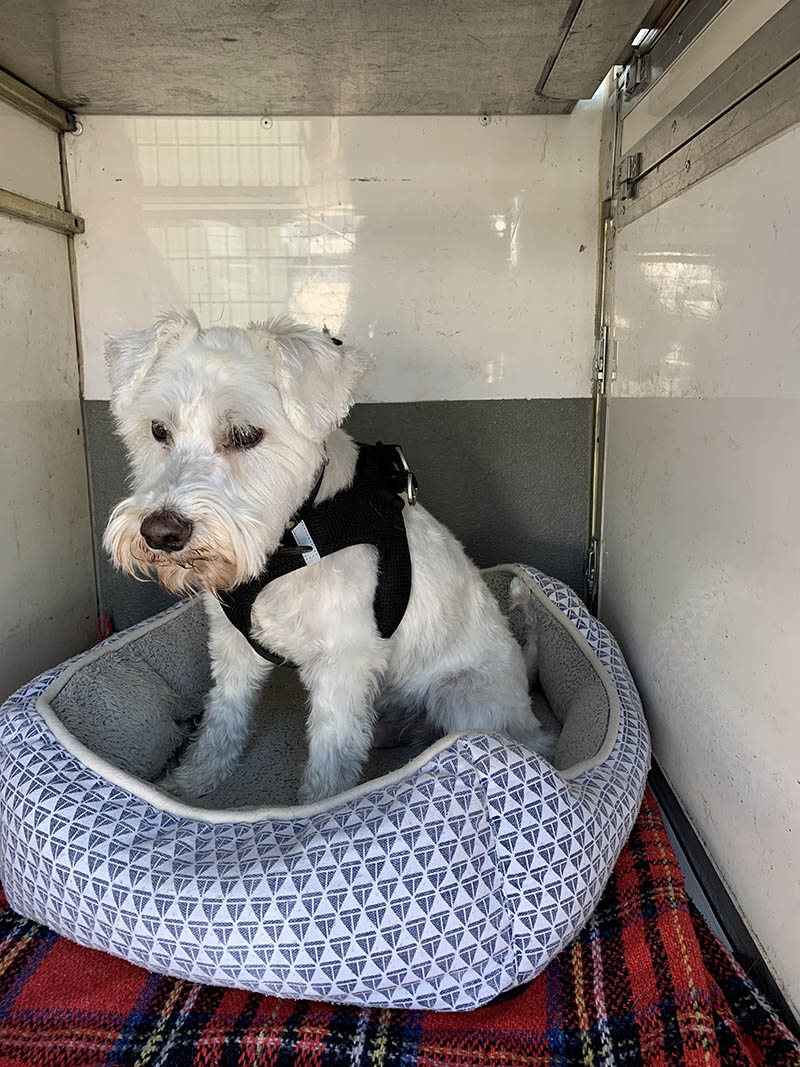 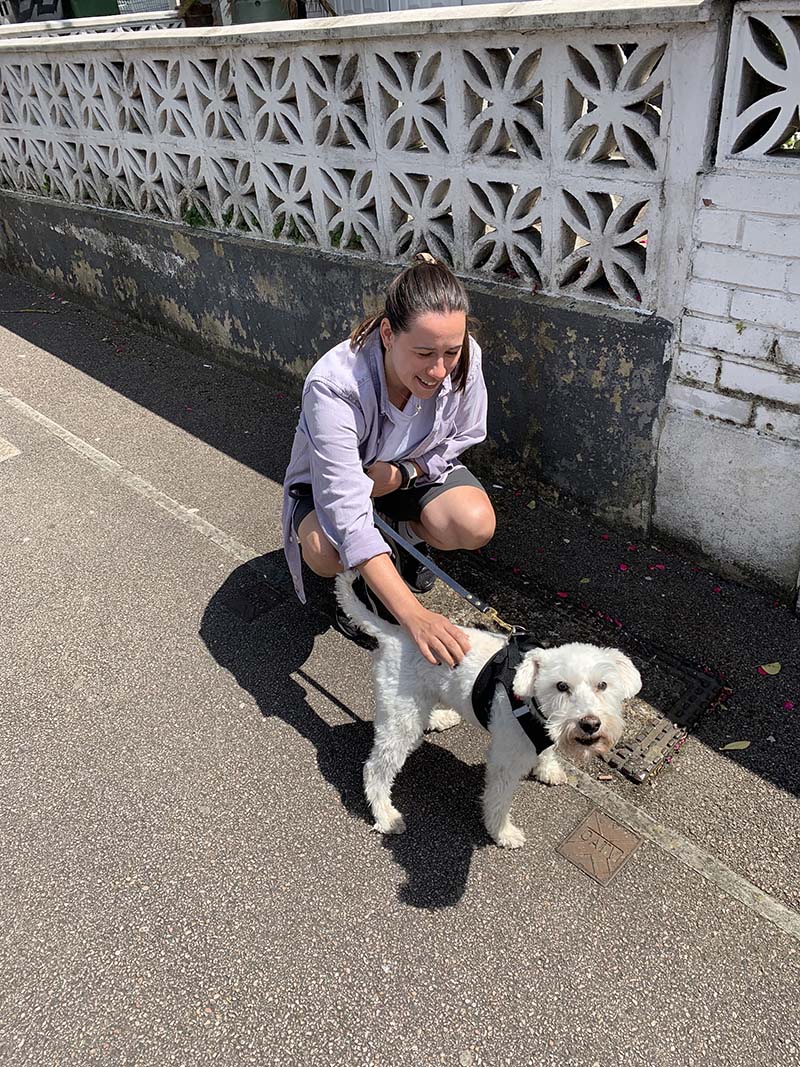 Nimbus arrived in the UK ahead of Daniel, who arranged for a friend to receive Nimbus

Baroness, a dog from Sweden to England

Cute Pomeranian Baroness — Nessie to her friends travelled with courier Ricardo from Östergötland, in the south of Sweden, to the UK, where devoted owner Sarah was eagerly awaiting her arrival. 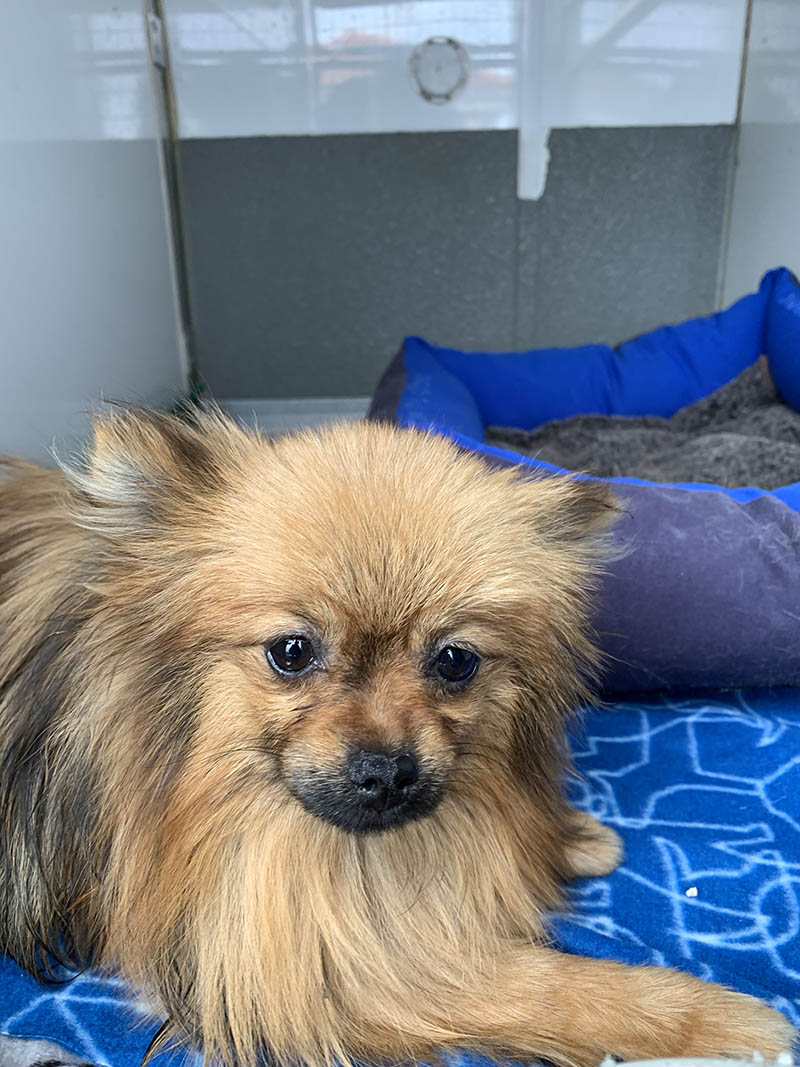 Nessie on her journey 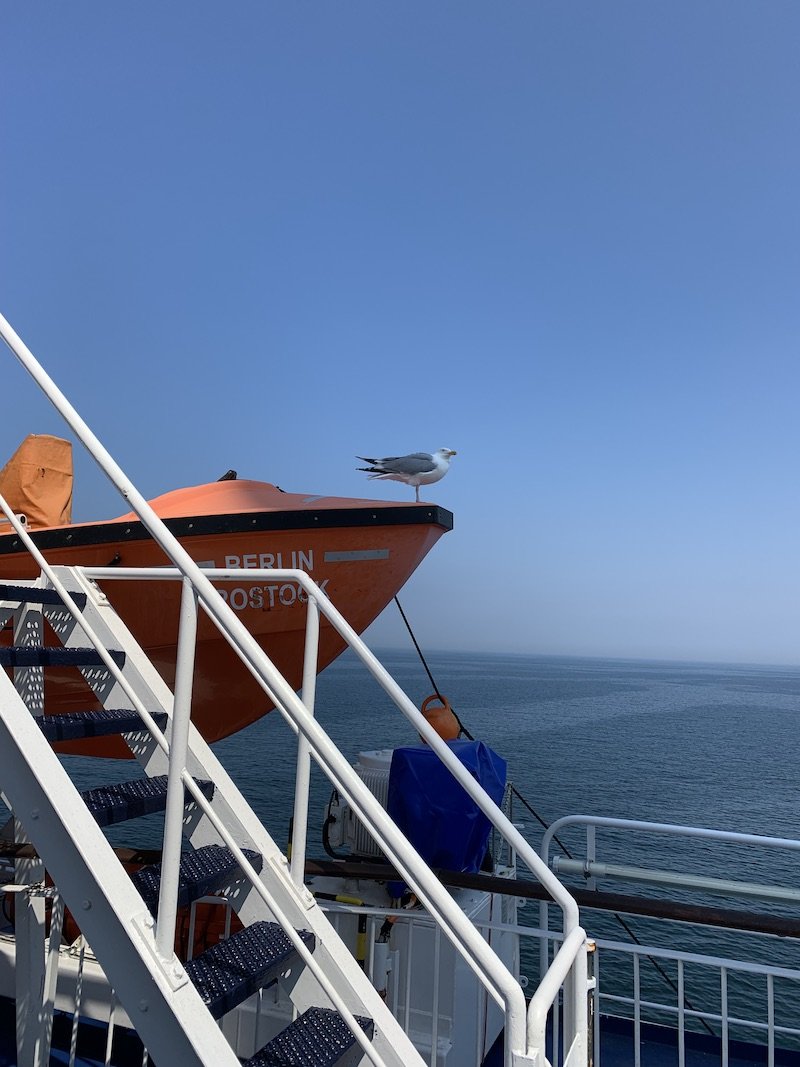 Nessie reunited with Sarah in Surrey, ready for her onward journey to Shropshire. Sarah messaged us on FB saying: Huge thank you to the team at Animalcouriers for bringing little Baroness (Nessie) over to the UK for us, she travelled all the way from Sweden, and is settling in quite nicely. Thank you to Ricardo for driving her over and for meeting us in Caterham so we could collect her and bring her home 😊

Stella and Dunkel, 2 dogs from Berkshire to Portugal

Playful mini Dachshunds Stella and Dunkel hopped on board in Berkshire for their journey to Almada in Portugal. 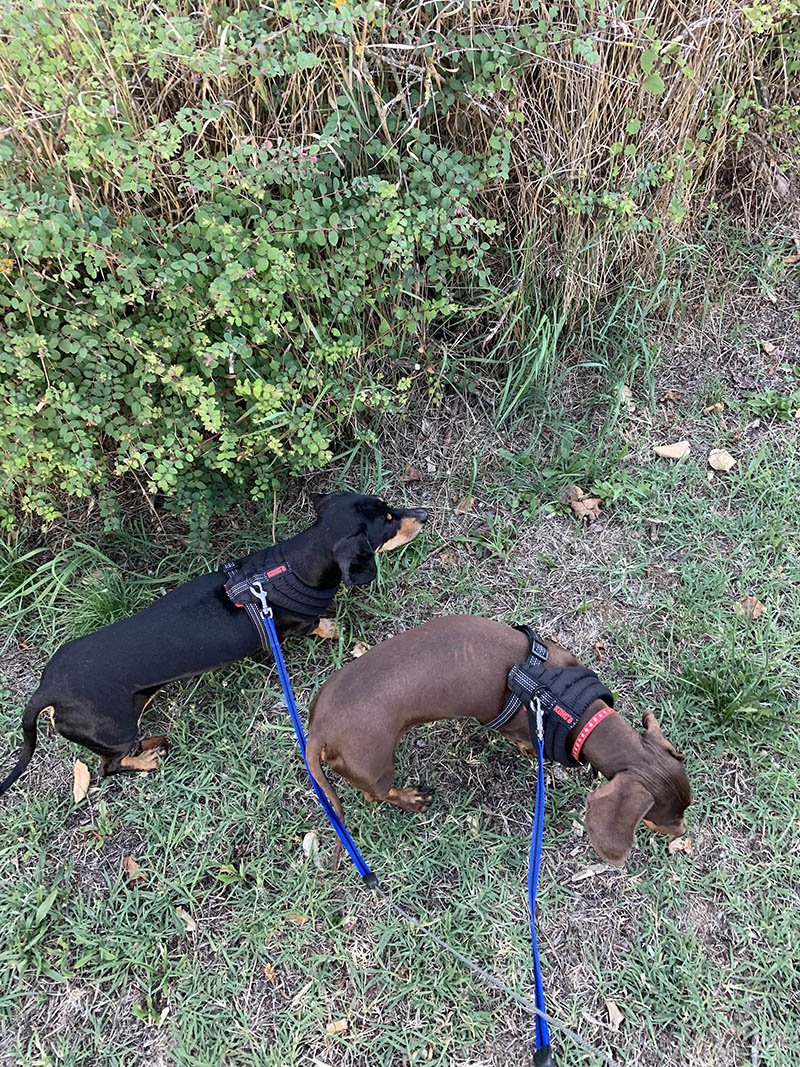 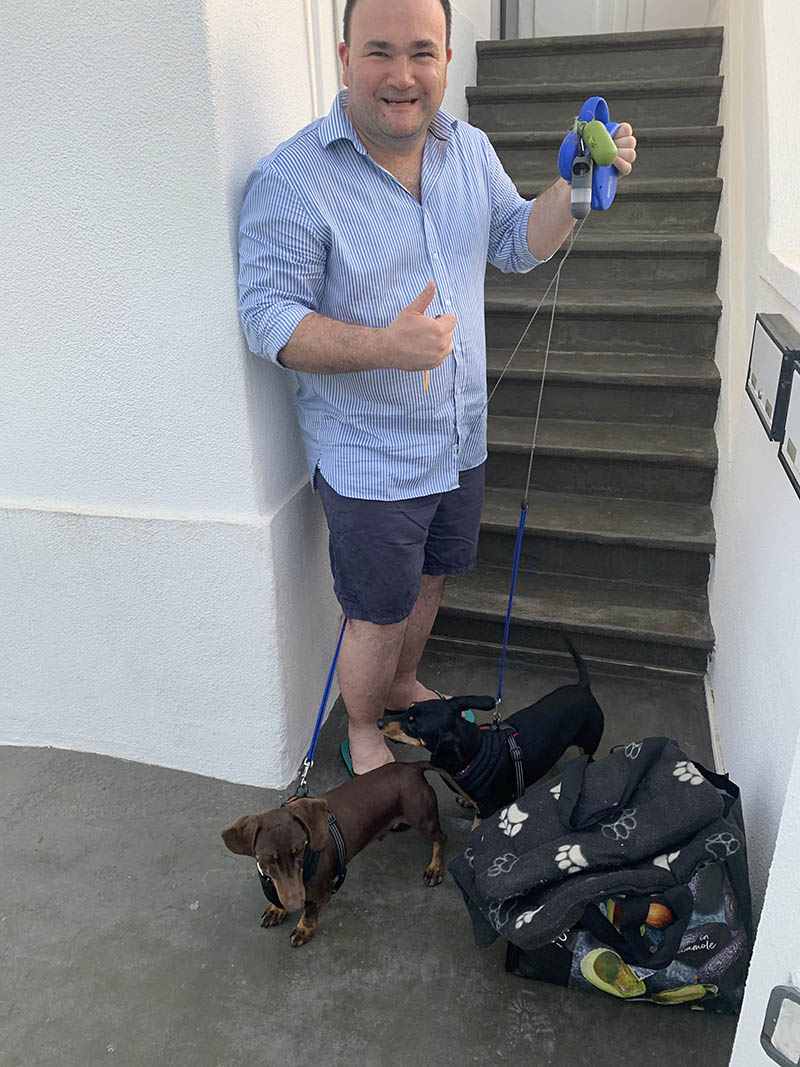 Ian over the moon to see Stella and Dunkel again

Zaha, a dog from London to Lisbon

Zaha, a beautiful Hungarian Vizsla, belongs to Alex. Zaha made the trip with us from London to the Portuguese capital, Lisbon. 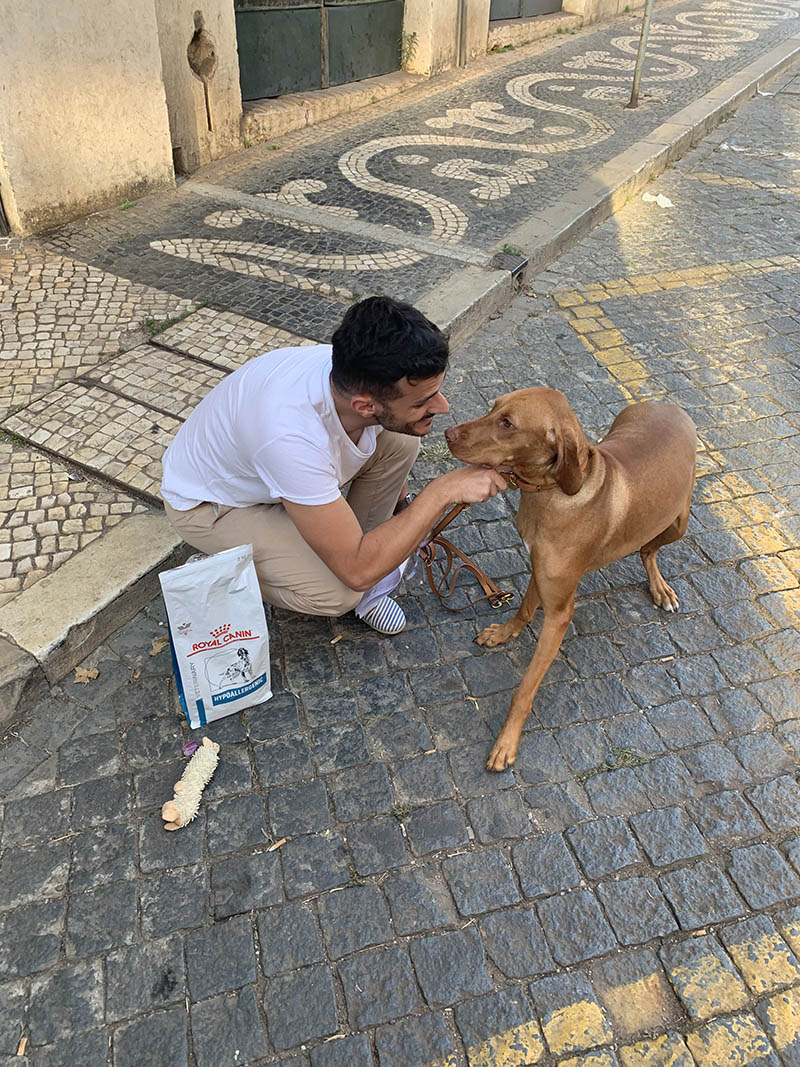 Alex and Zaha reunited in Lisbon 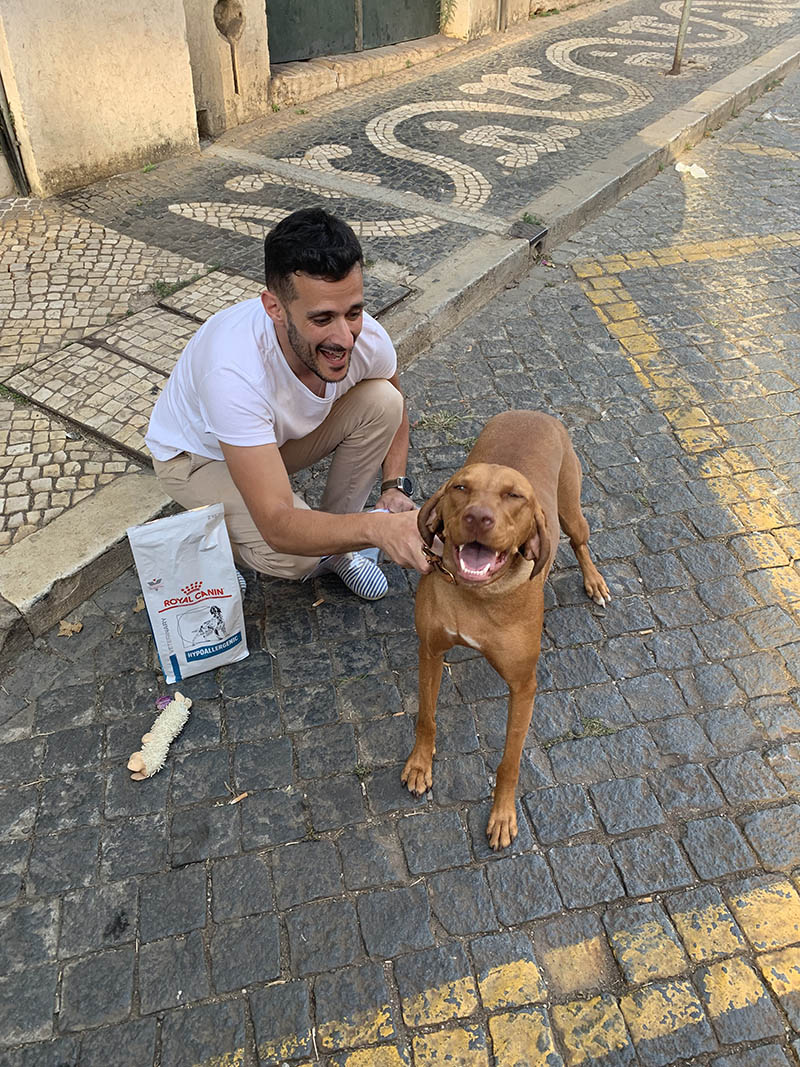 Difficult to say who had the broadest smile! 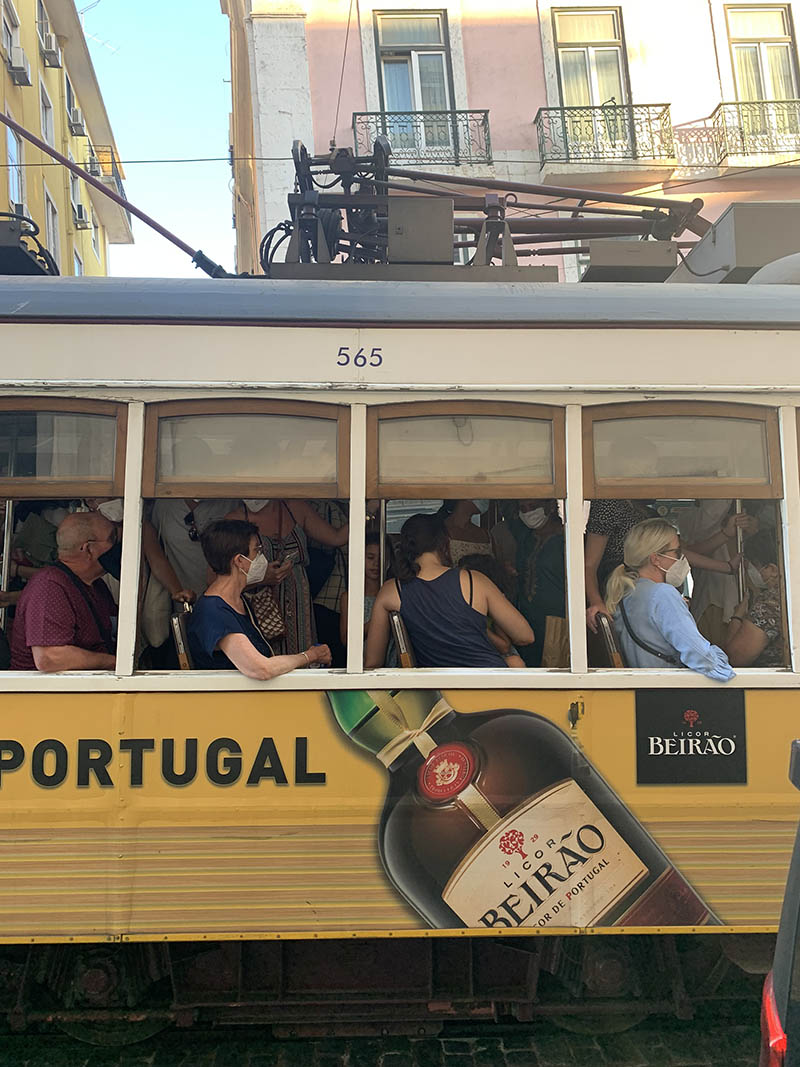 A Lisbon tram passes by 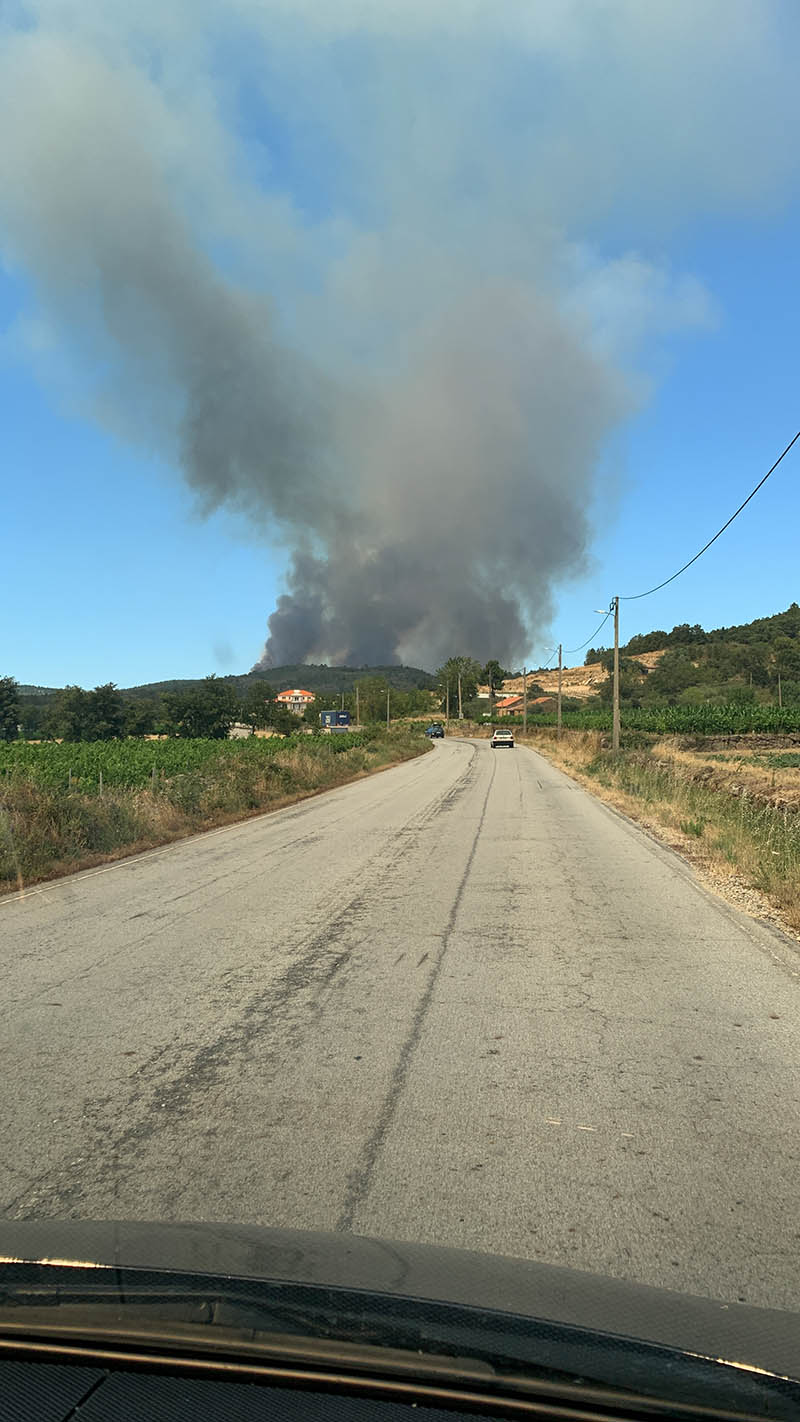 2 dogs and 2 hamsters from Portugal to England

Podenco Nishka, Labrador cross Raffa, along with hamsters Sugar Puff and Cimbley were waiting for us in Lisbon. This fabulous foursome belong to Chloe, who asked us to transport them all to East Sussex for her. 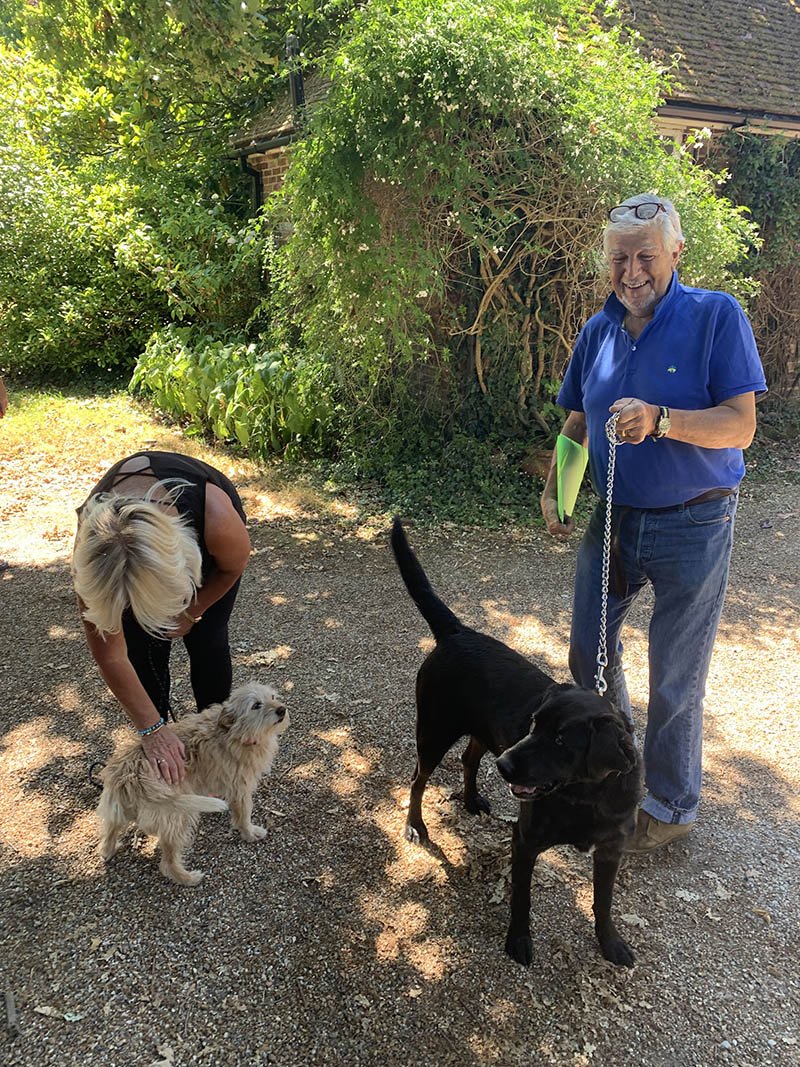 Nina, a dog from Portugal to England

Gorgeous Schnauzer Nina hopped on board in Sintra for her journey to South Yorkshire and a reunion with Wellington. 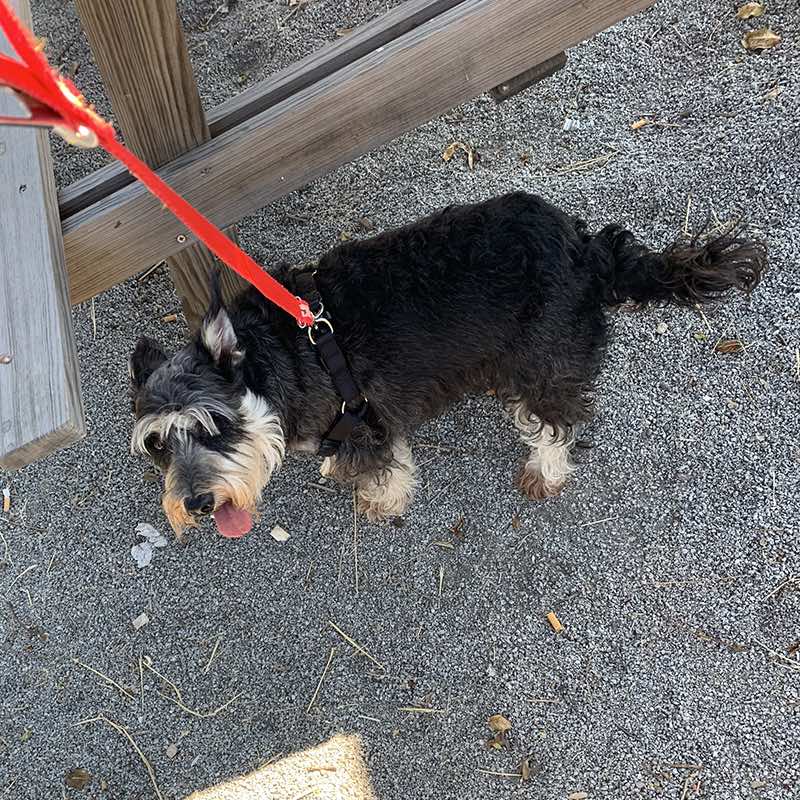 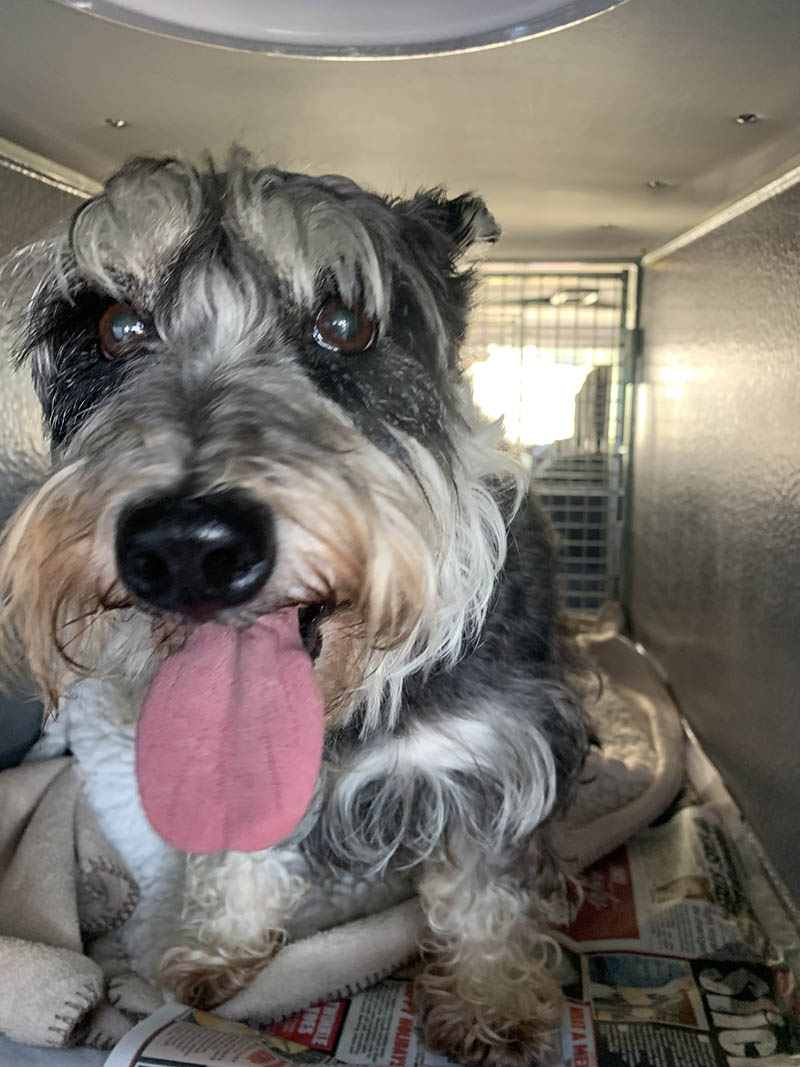 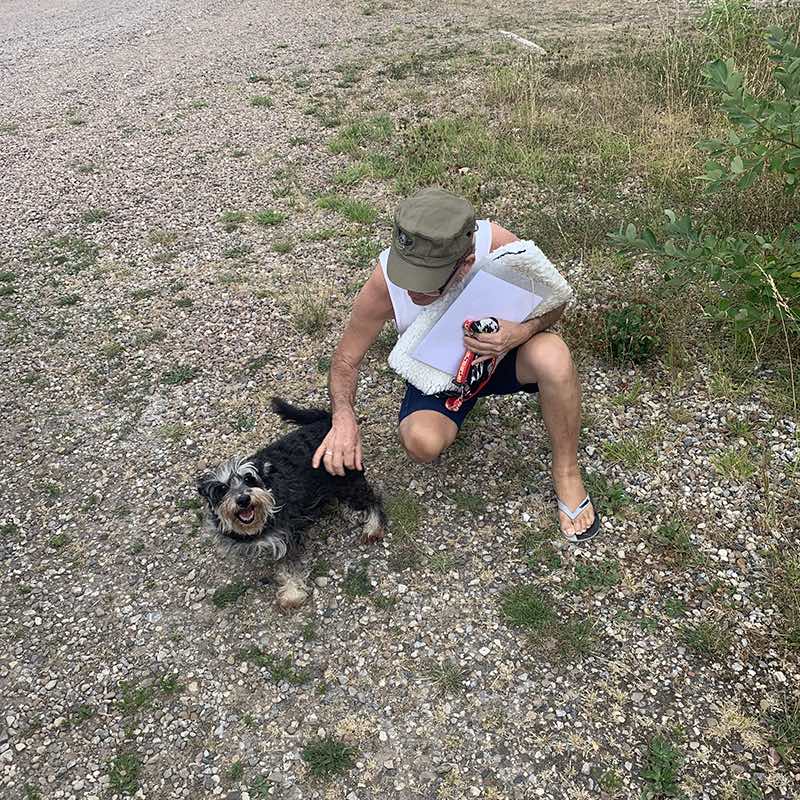 A happy reunion for Nina with Wellington in Doncaster