6 well travelled pets – a round up of trips

6 well travelled pets recently travelled with our couriers. Among them were Whiskey, who travelled from Hong Kong to Hampshire; Daisy, whose journey started in Australia and ended in Croatia; and Yogi, who went from Scotland to Bermuda.

Whiskey, a dog from Hong Kong to England via Frankfurt

Charming Labradoodle Whiskey flew in from Hong Kong to Frankfurt, where courier Gwen collected her for her onward journey by road to England. 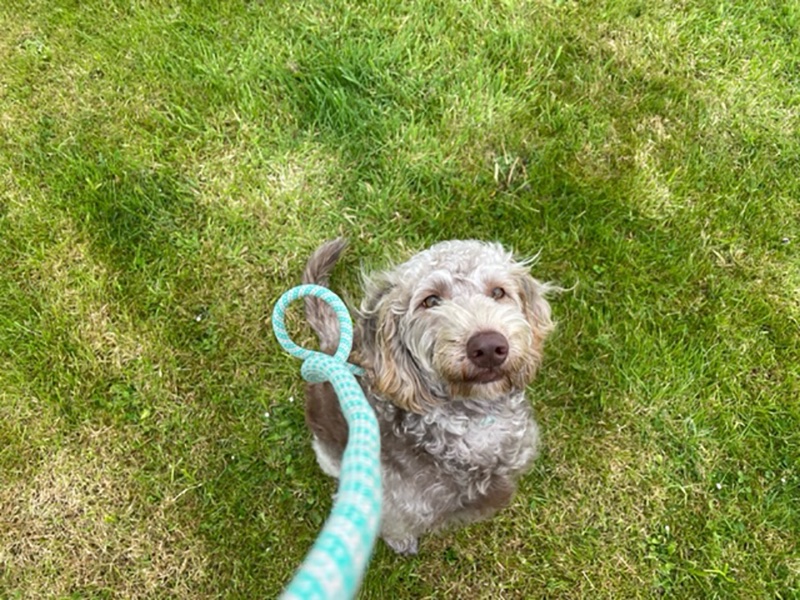 Whiskey was a pleasure to have on board 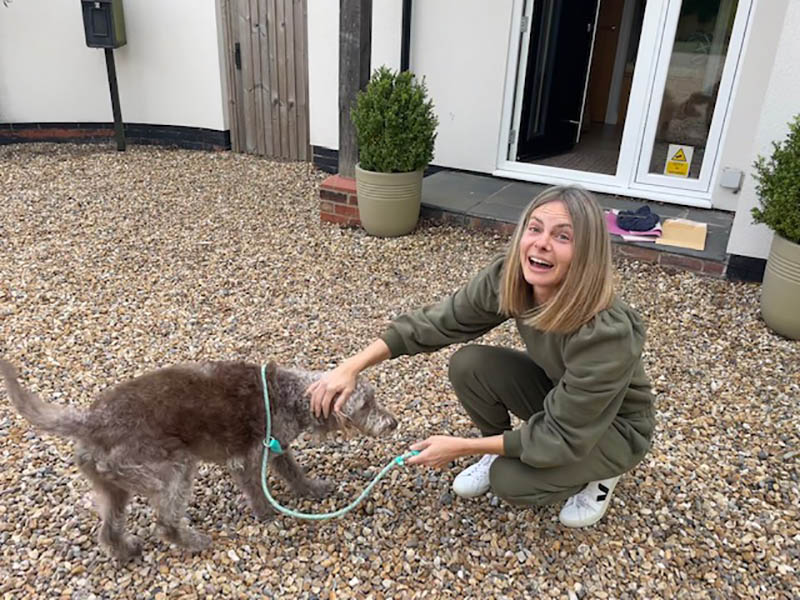 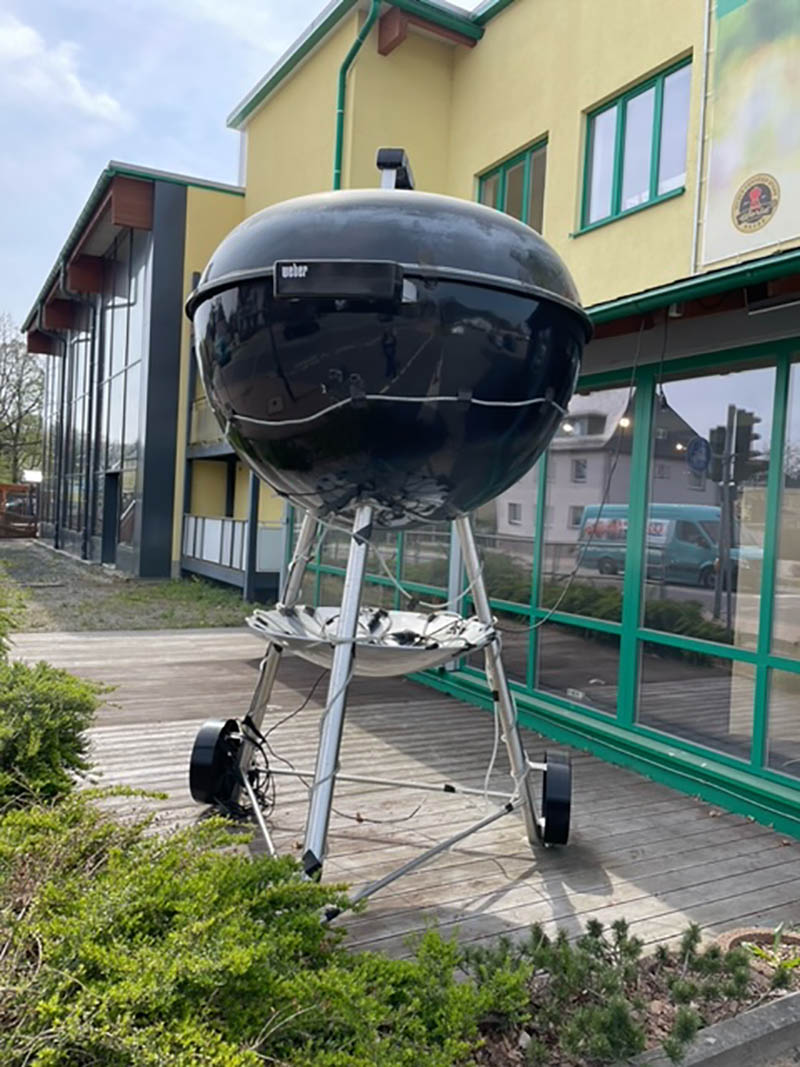 Just how many sausages would fit on this giant Weber barbecue grill spotted in Germany?

Yogi, a puppy from the UK to Bermuda

Adorable Yogi, a chocolate Labradoodle puppy, was bred in Fife, Scotland, by Lomond Labradoodles. Yogi stayed with courier Helen for a few days before boarding her flight to Bermuda and her new life with Mike and Ally as well as big sister Windsor. Windsor is another beautiful Lomond Labradoodle whose journey we helped with last year. 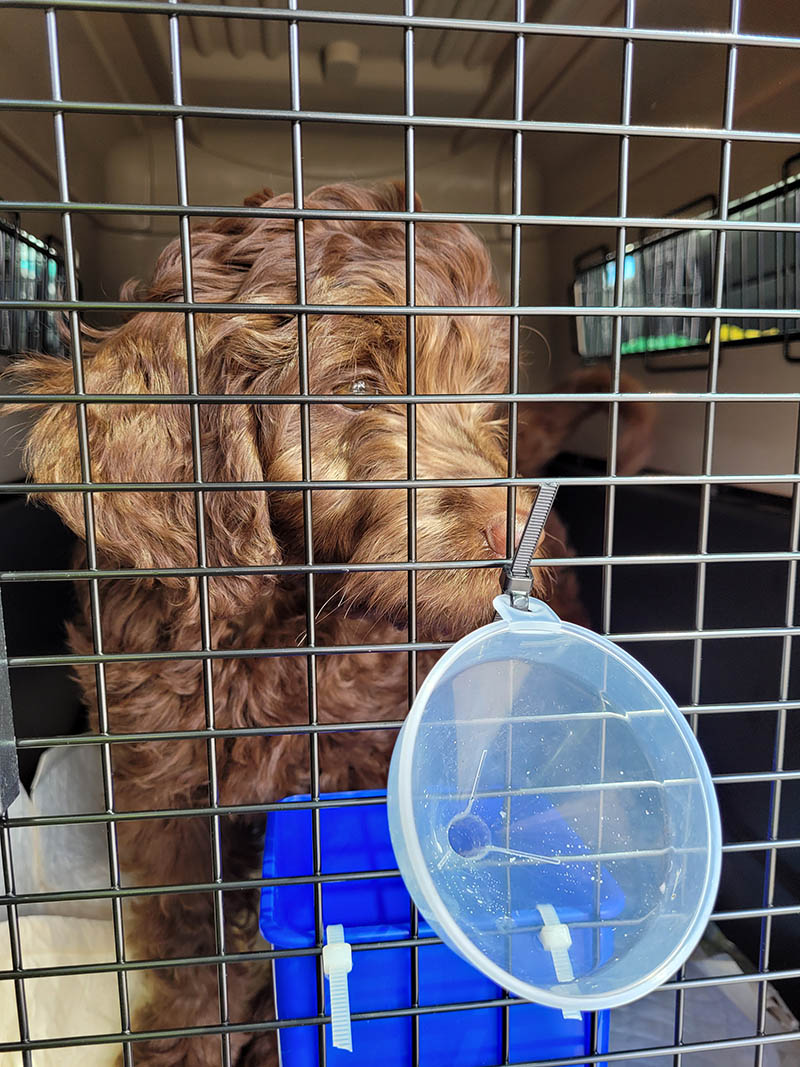 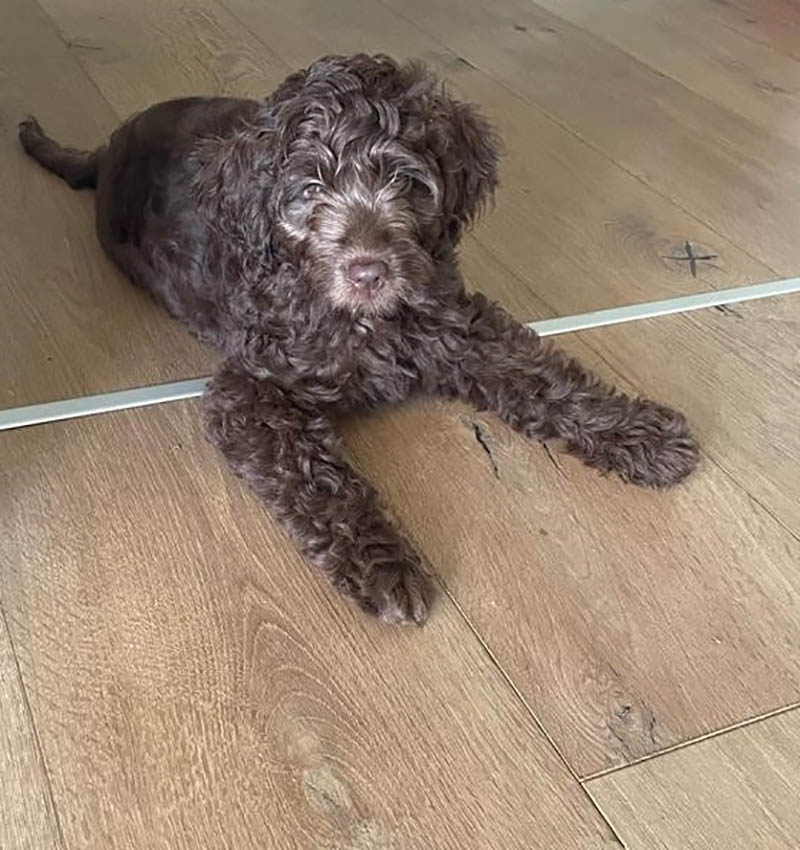 Yogi at her new home 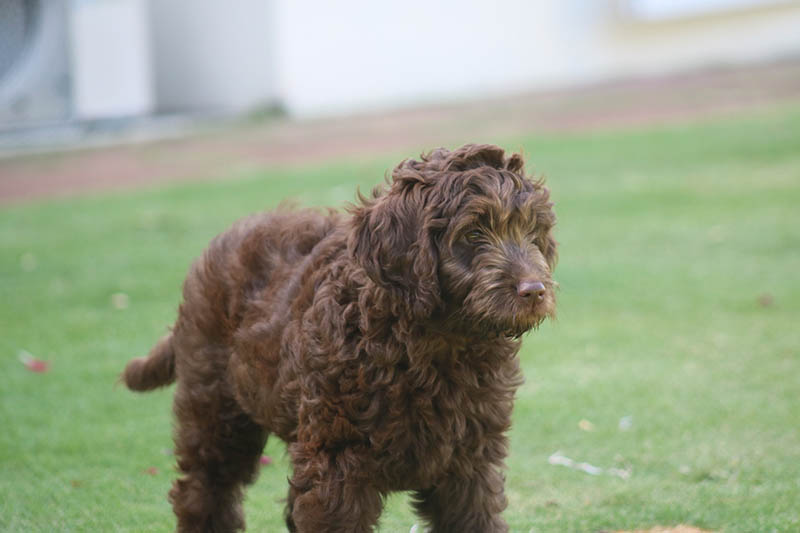 Mike and Ally told us: “She is settling in very well and is a bundle of fun.”

Coco, a dog from the US to Aix en Provence via Paris

Dear little Coco, a Chihuahua, is one of Animalcouriers’ most frequent passengers. With owner Stacy she splits her time between London, France and the US.

She recently flew in from the US to Paris Charles de Gaulle airport, where courier Dom collected her for her onward journey by road to Aix en Provence. 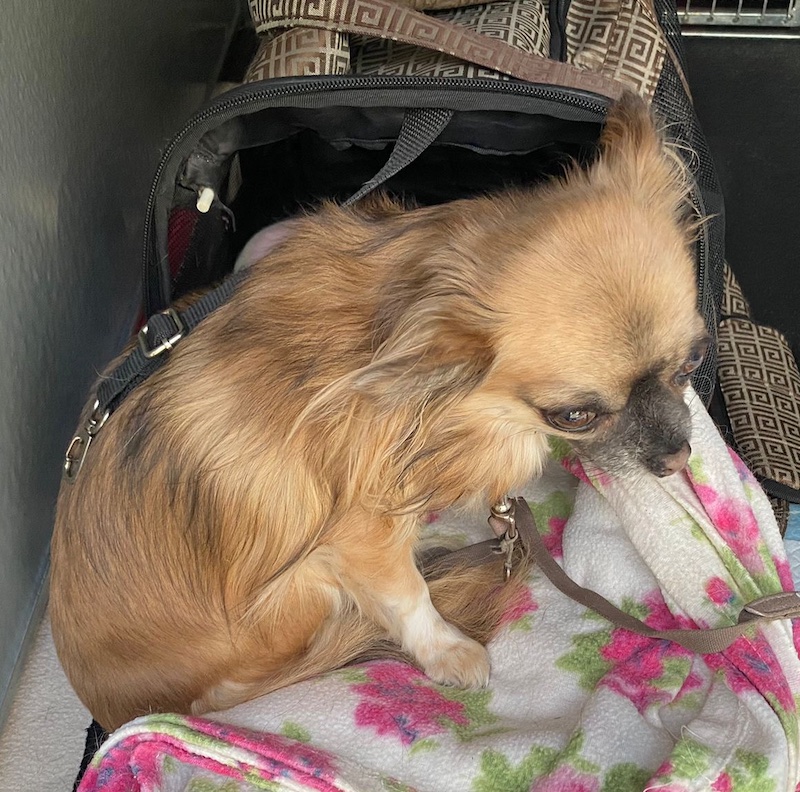 Archie, a dog from Switzerland to Scotland

Gorgeous Red Setter Archie belongs to Jennifer and family. As part of their relocation from the Swiss canton of Vaud to Scotland, they asked us to transport Archie. He travelled as far as Surrey with courier Dom, where courier Ray took over for the final leg of Archie’s journey to his new home in Edinburgh. 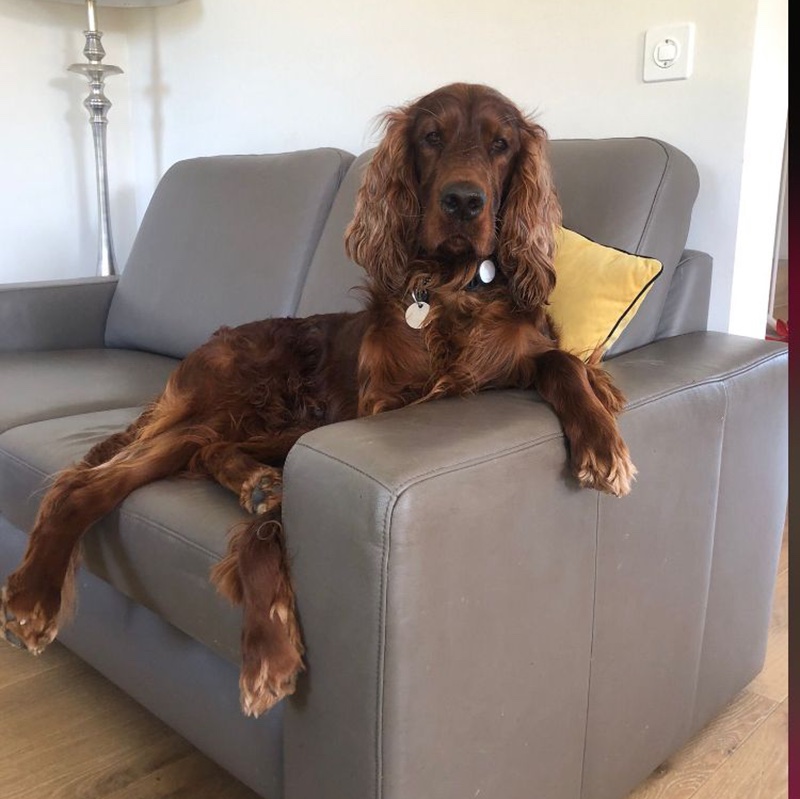 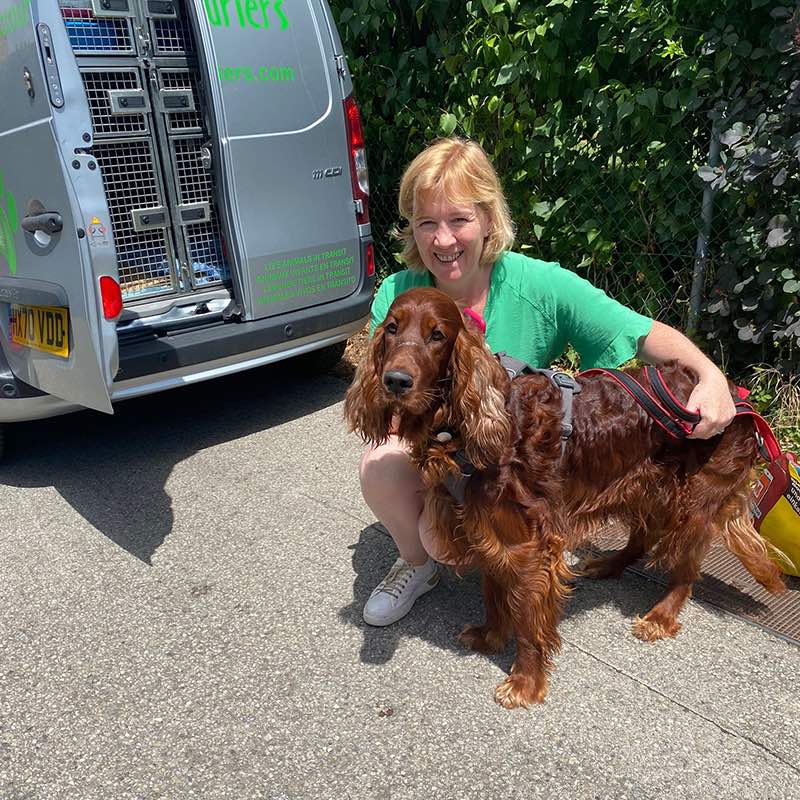 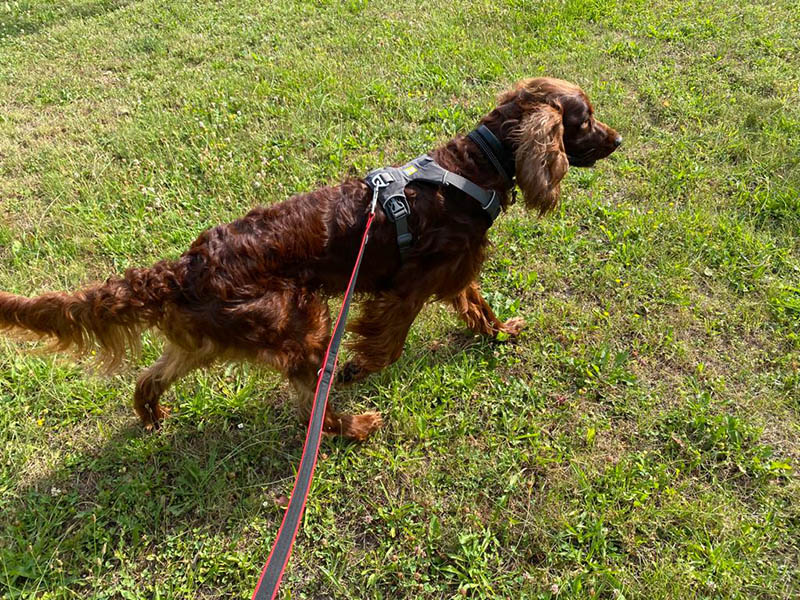 Archie enjoying a walk ahead of boarding the ferry at Calais

Whisker, a cat from Italy to Ireland

We met up with handsome tabby cat Whisker in Brescia in the Lombardy region of Italy. Following a short period homeboarding with courier Dom, Whisker’s final destination was Galway in the West of Ireland for a reunion with owner Morena. 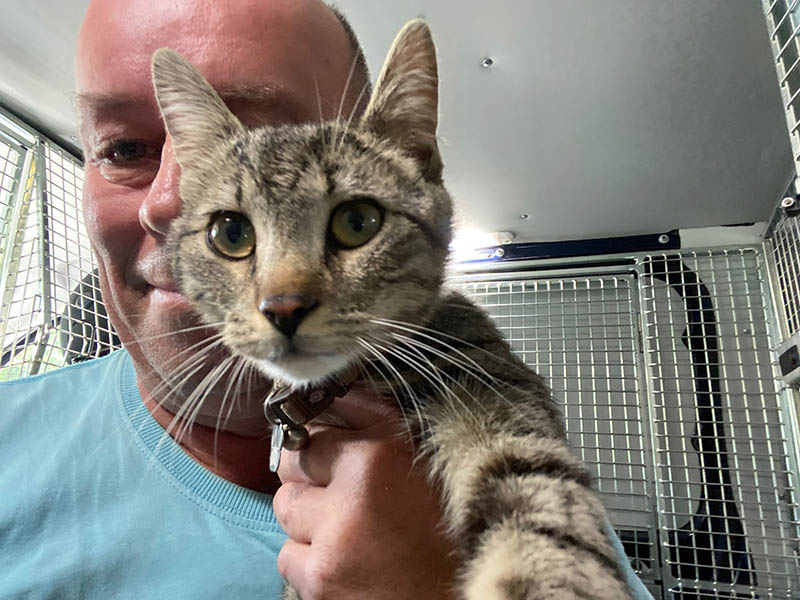 Looks like courier Dom and Whisker hit it off! 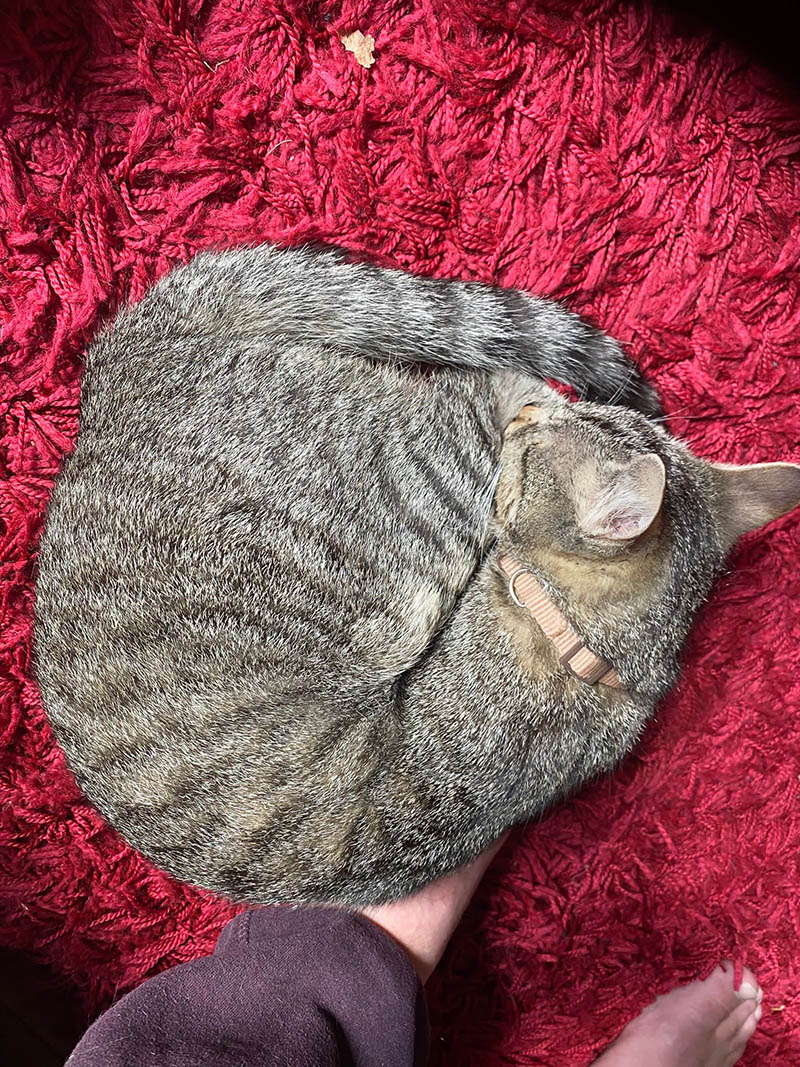 Daisy, a dog from Australia to Croatia via the UK and France

Darling daisy is a Bulldog/Staffie cross belonging to Mary-Jane. Having decided to relocate from Australia to Croatia, Mary-Jane initially saw her plans thwarted by pandemic-related travel restrictions. Having finally managed to make her own way, Mary-Jane was still challenged by Daisy’s journey, and it took until July for Daisy to make it.

Daisy flew into the UK, where a raft of special paperwork had to be prepared to allow her to travel to Europe. Animalcouriers set aside a whole day to get to France and through the vet checks at Calais, which are performed by the French government department SIVEP. 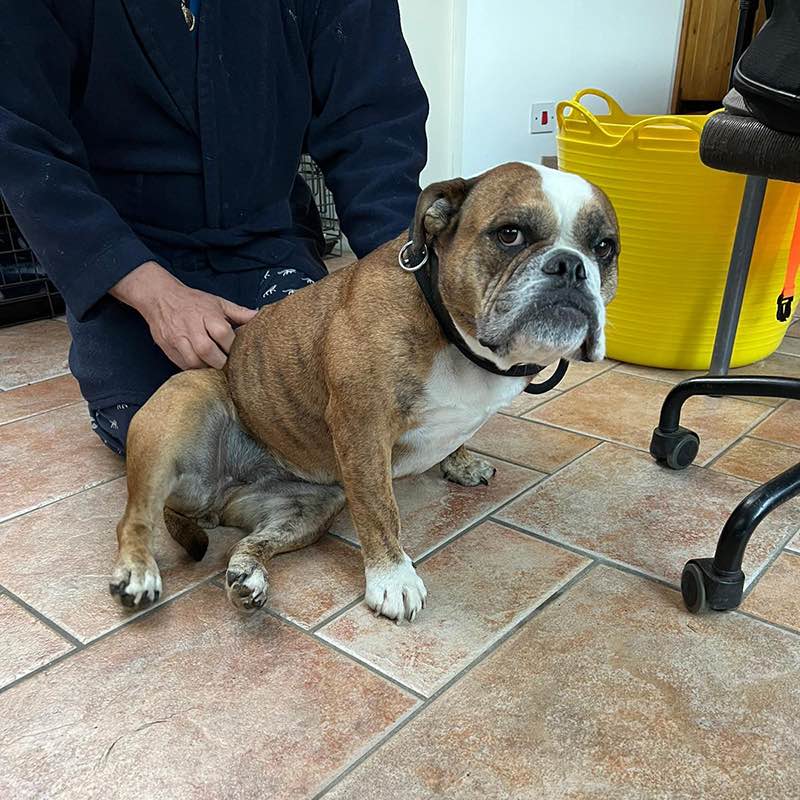 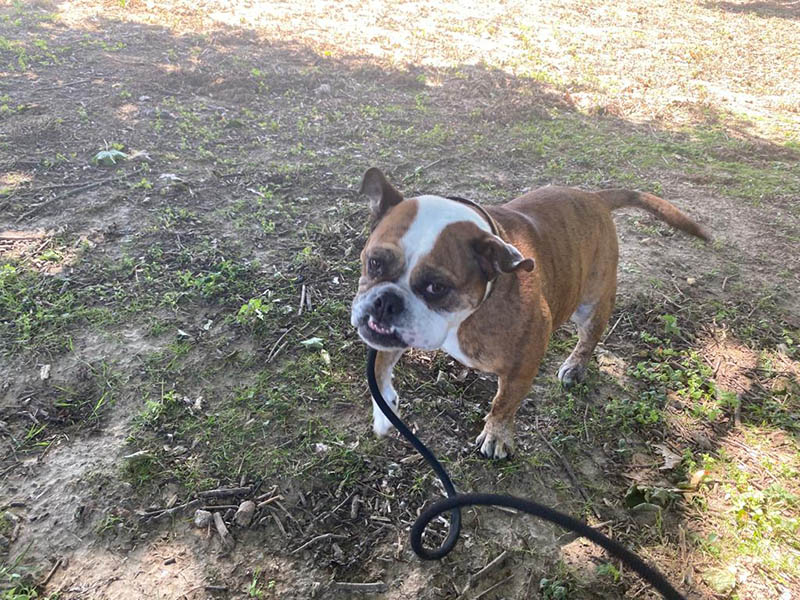 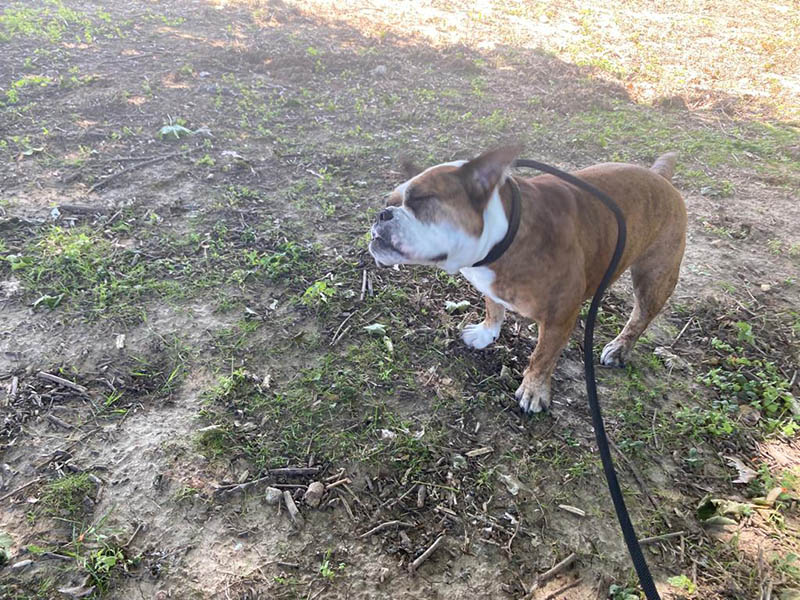 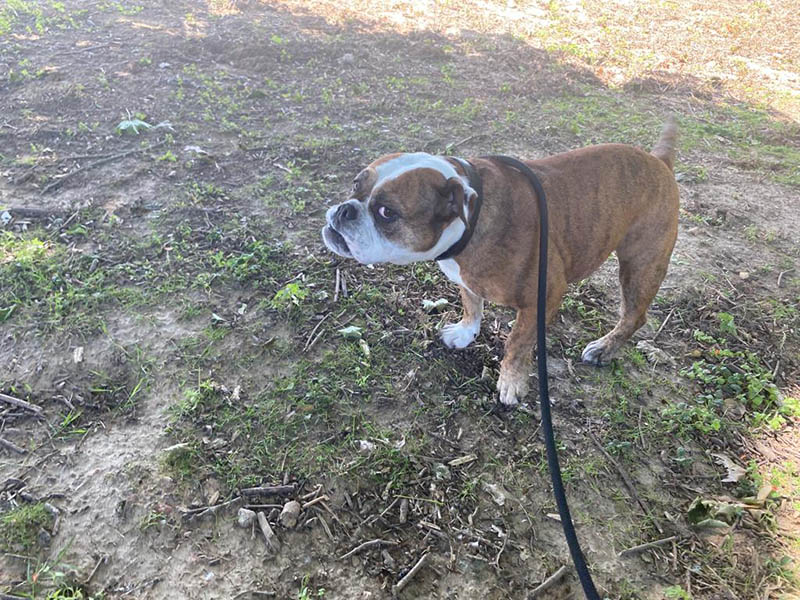 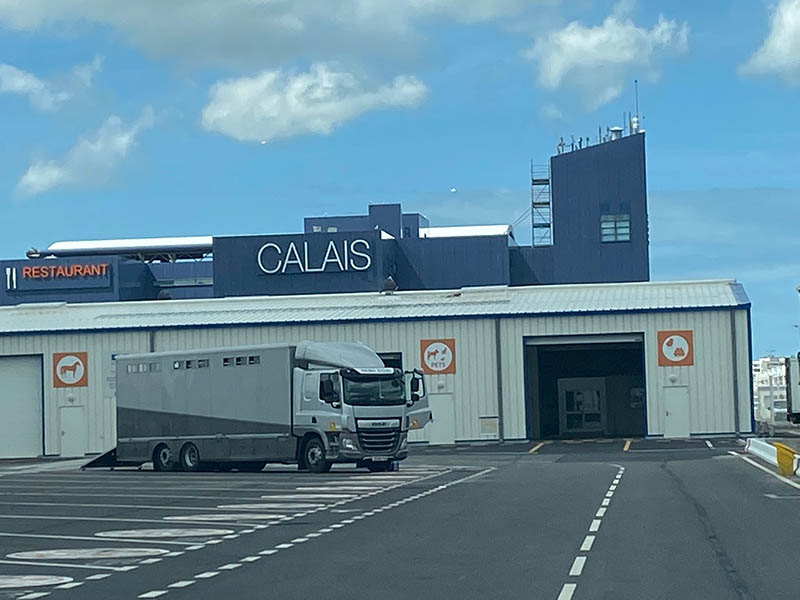 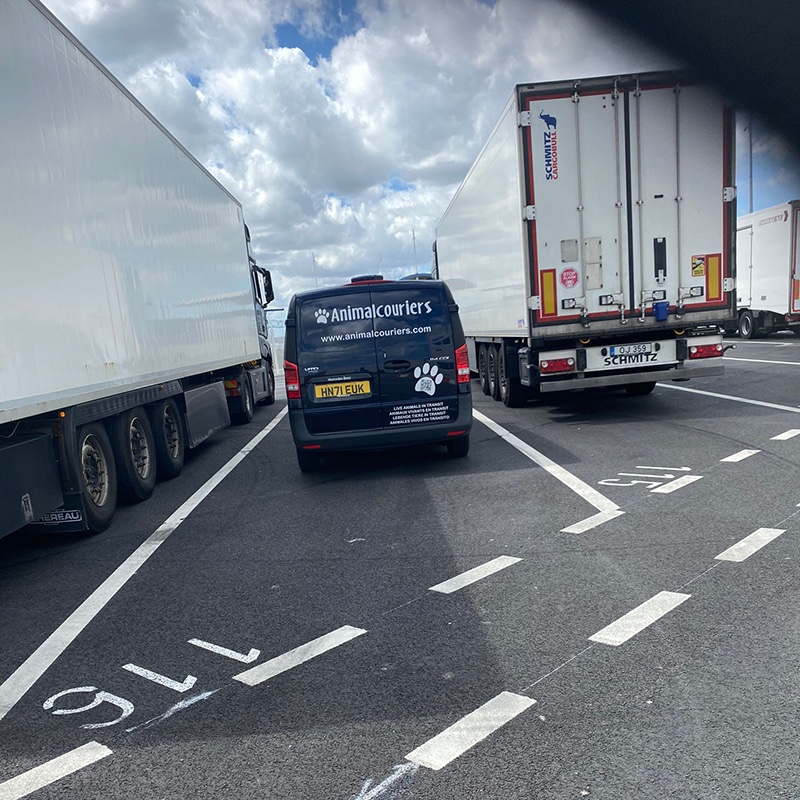 We were instructed to park in lane 116, ready for the SIVEP inspection, which took place within 20 minutes of us pulling in. We’re pleased to report that Daisy and her paperwork passed with flying colours! 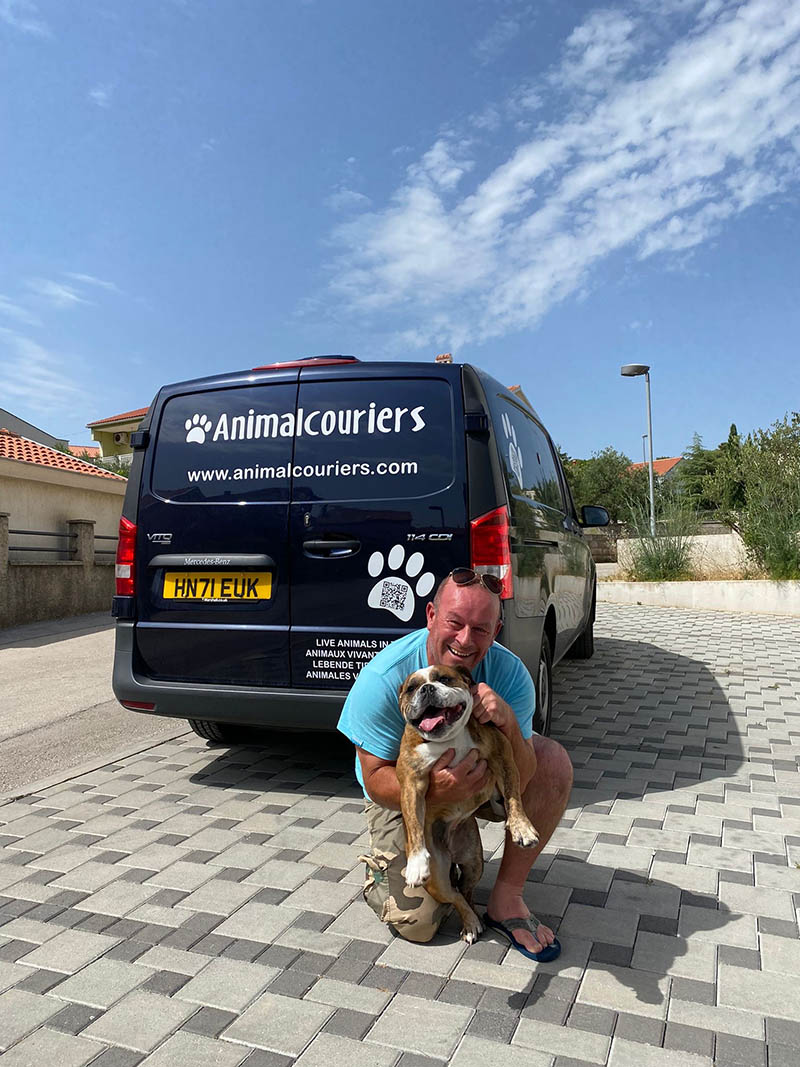 Arriving in Croatia with a very smiley Daisy 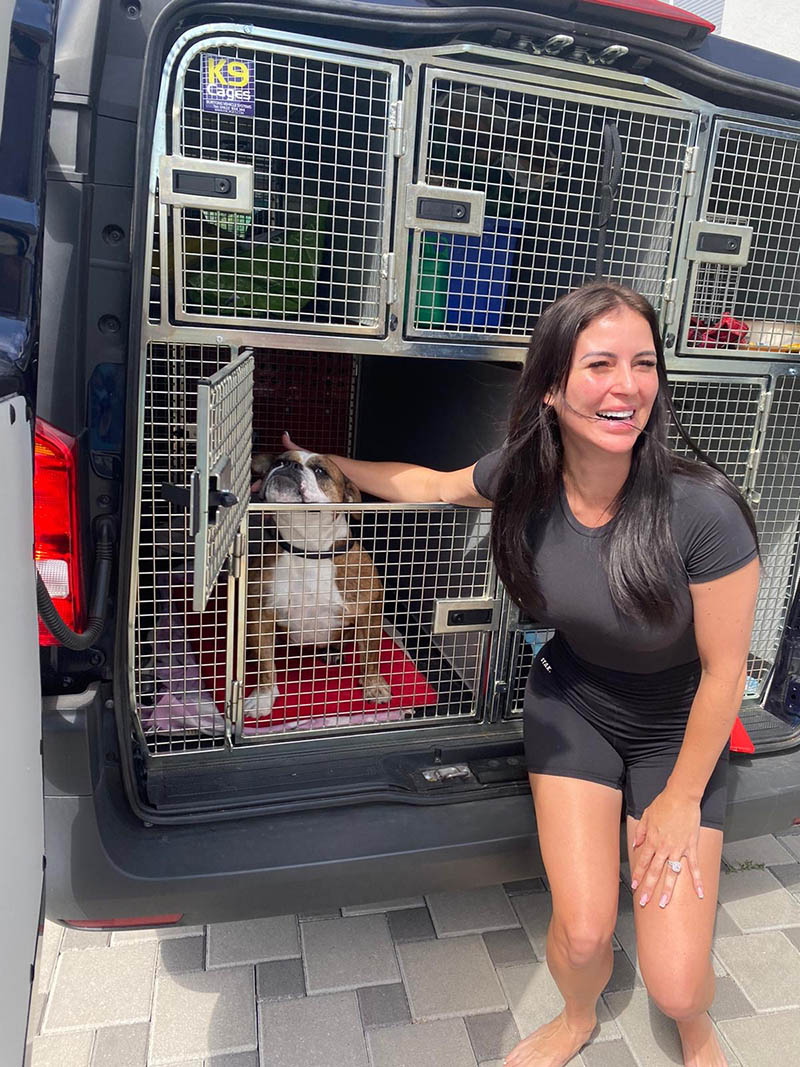 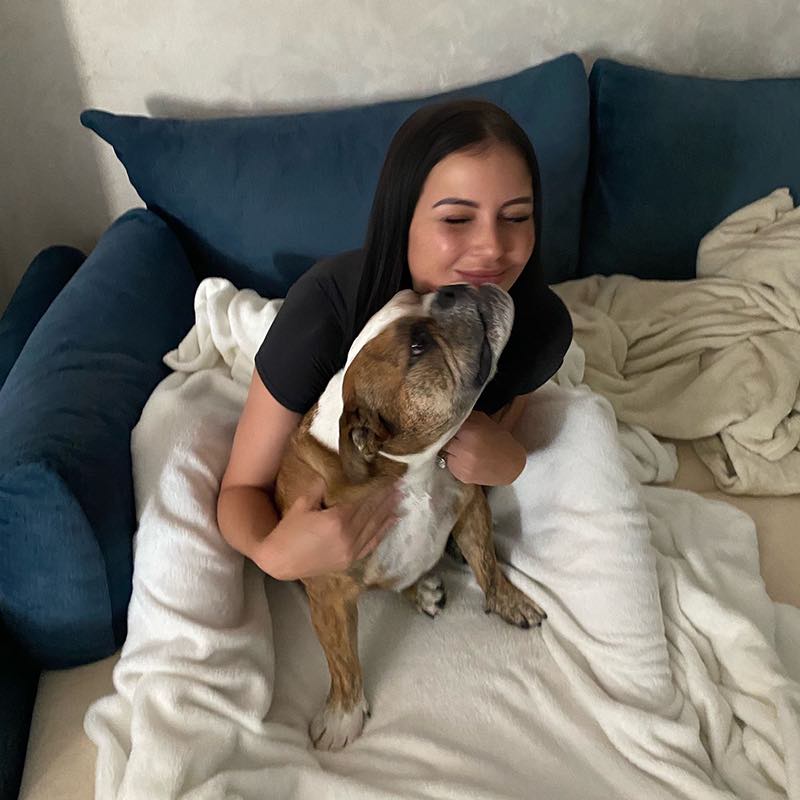 The biggest hugs for Daisy