Taking two dogs to Greece, returning with a dog and six cats

Courier Paul recently took two dogs to Greece, returning with a dog and a cat from Greece and another five cats collected in Italy.

Luno, a dog from Coventry to Crete

On retiring, Gavin decided to relocate from Coventry to the Greek island of Crete, and asked us to transport his beloved Luno.

Courier Paul delivered Luno to Chris’s Animal Hotel in Athens ahead of her onward trip to Crete, where Gavin was waiting to welcome her to her new home. 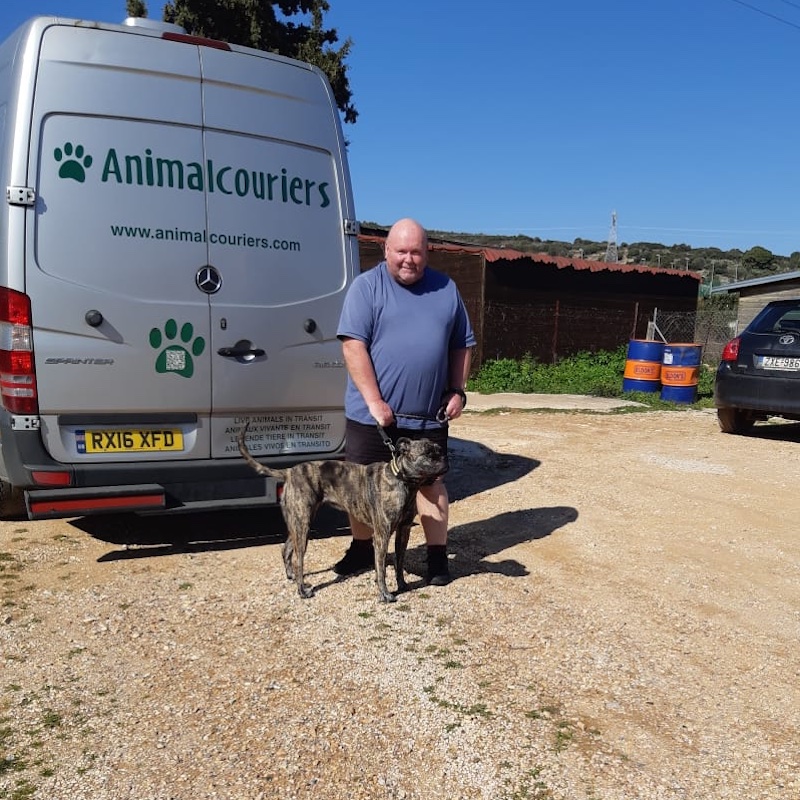 Thunder, a dog from London to Athens

Adorable Dachshund Thunder joined us in London for her trip to Athens, where she is having an extended holiday with her grandma. Owner Katerina will be joining them later in the year. 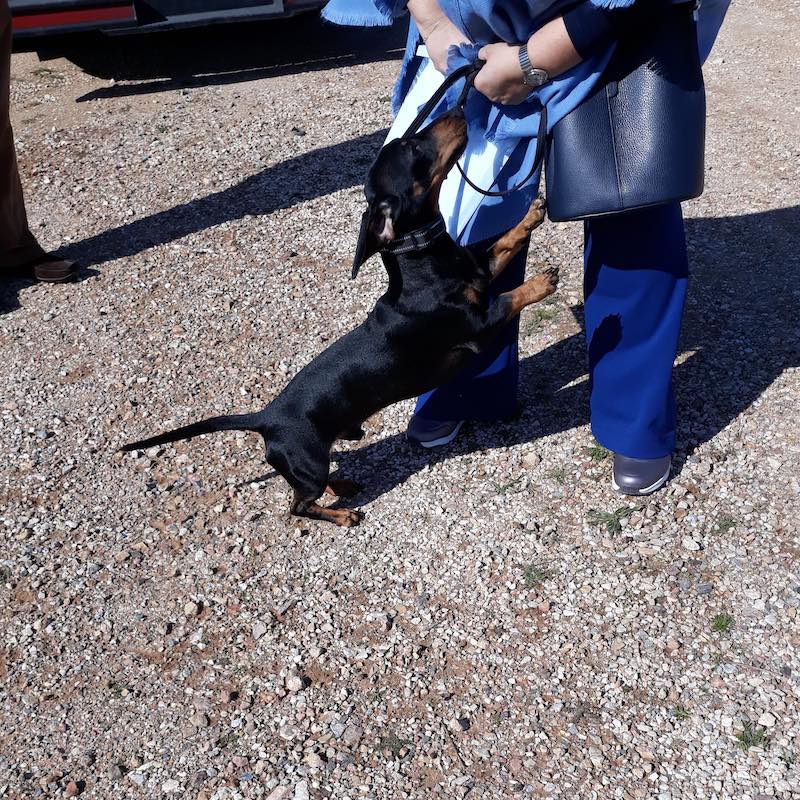 Izy, a dog from Athens to Scotland

We collected lovely senior lady Izy from Danay for her journey to Edinburgh and a reunion with owner Vasiliki.

Izy looking lively on her morning walk, as we waited for the ferry from Greece to Italy 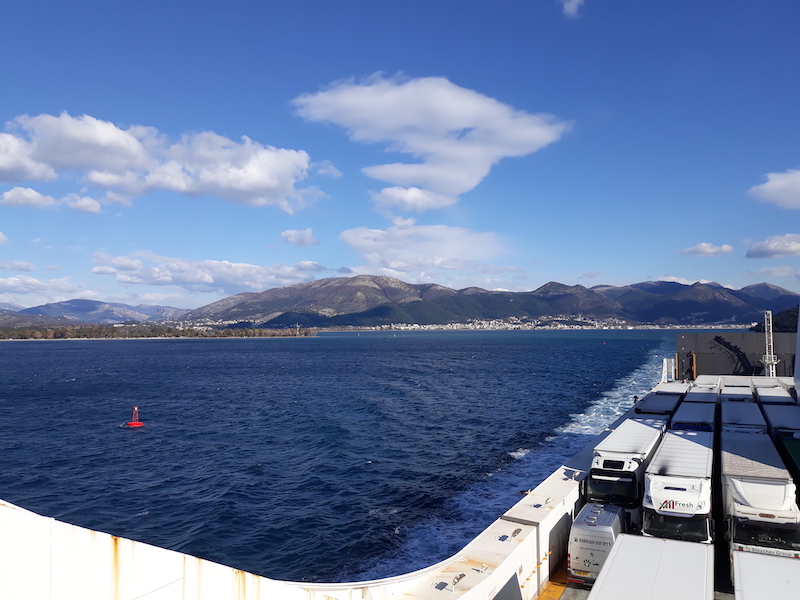 The ferry departure was delayed owing to bad weather on the Adriatic Sea, but eventually we were on our way 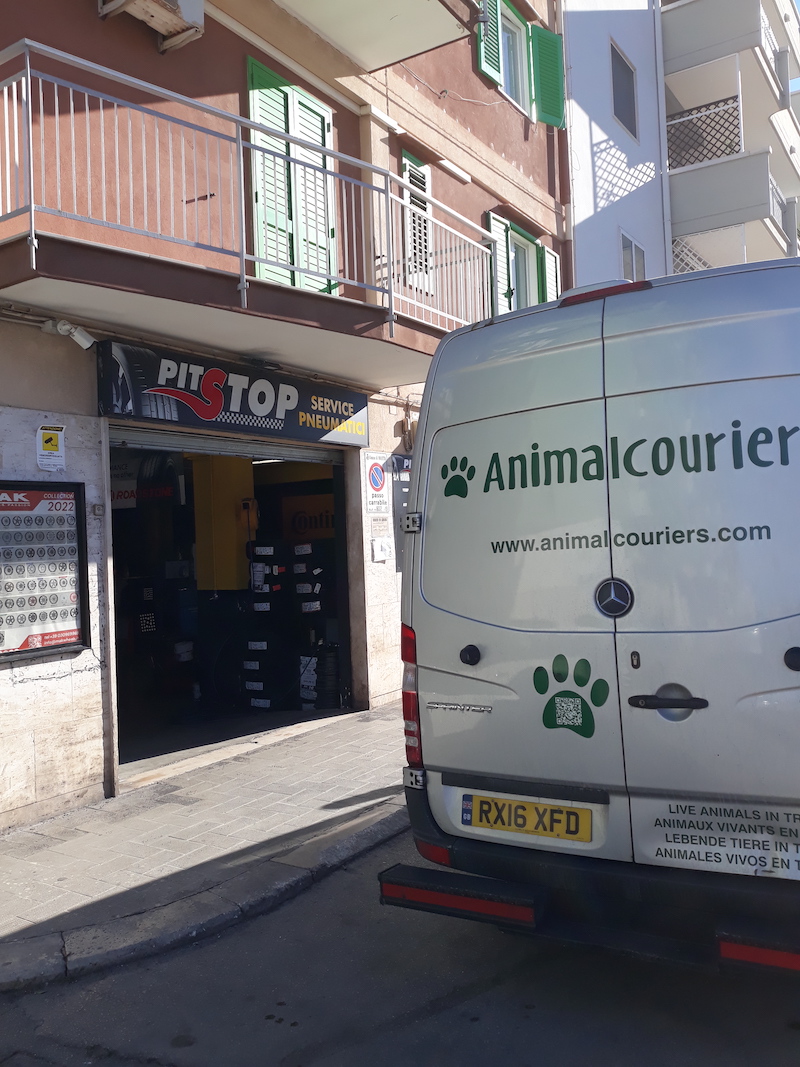 In Bari, courier Paul found he had a puncture. These guys were super helpful and got it sorted out in no time.

Luchito, a cat from Greece to London

Stunning ginger-and-white puss Luchito hopped on board for his trip from Greece. He travelled with us to London, where he’s been adopted by his previous owner’s cousins. 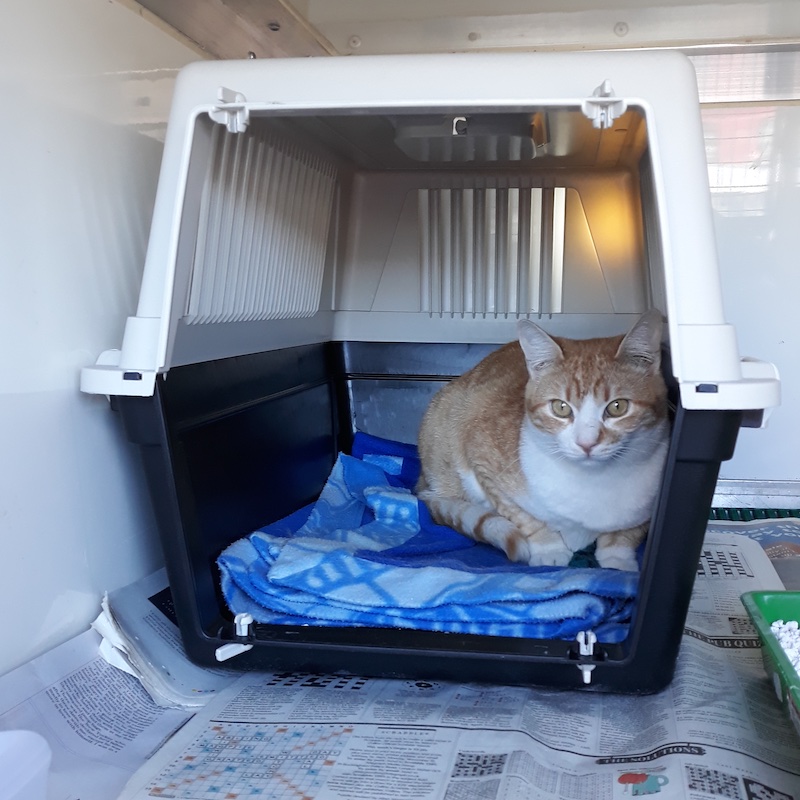 Luchito settled in for the trip

Luchito proved to be a relaxed and friendly traveller 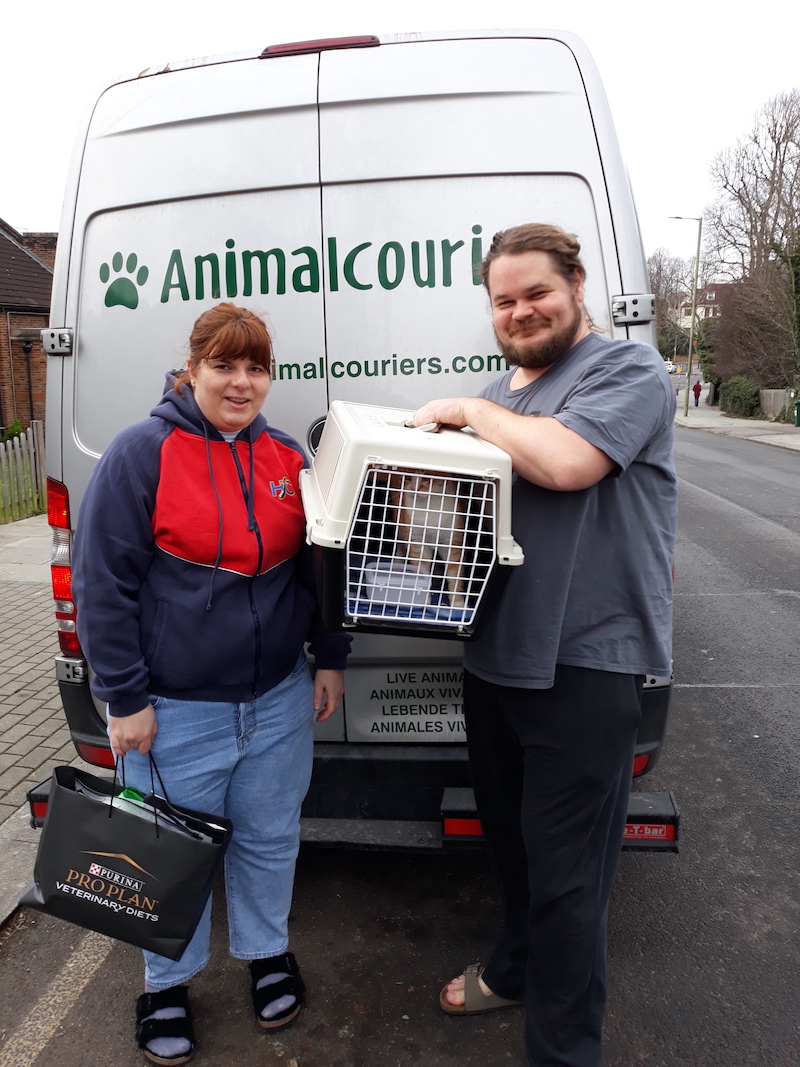 His new owners delighted to receive this charming fellow

5 cats from Naples to North Yorkshire

After nine years, Lori and Scott are leaving Naples and relocating to North Yorkshire. While living in Italy, Lori and Scott have been unable to resist rescuing and adopting quite a number of cats.

These five — Quinten, Capri, Ginger, Callie and Ponzo — travelled with us to join the couple’s other four cats who’ve already made the move. 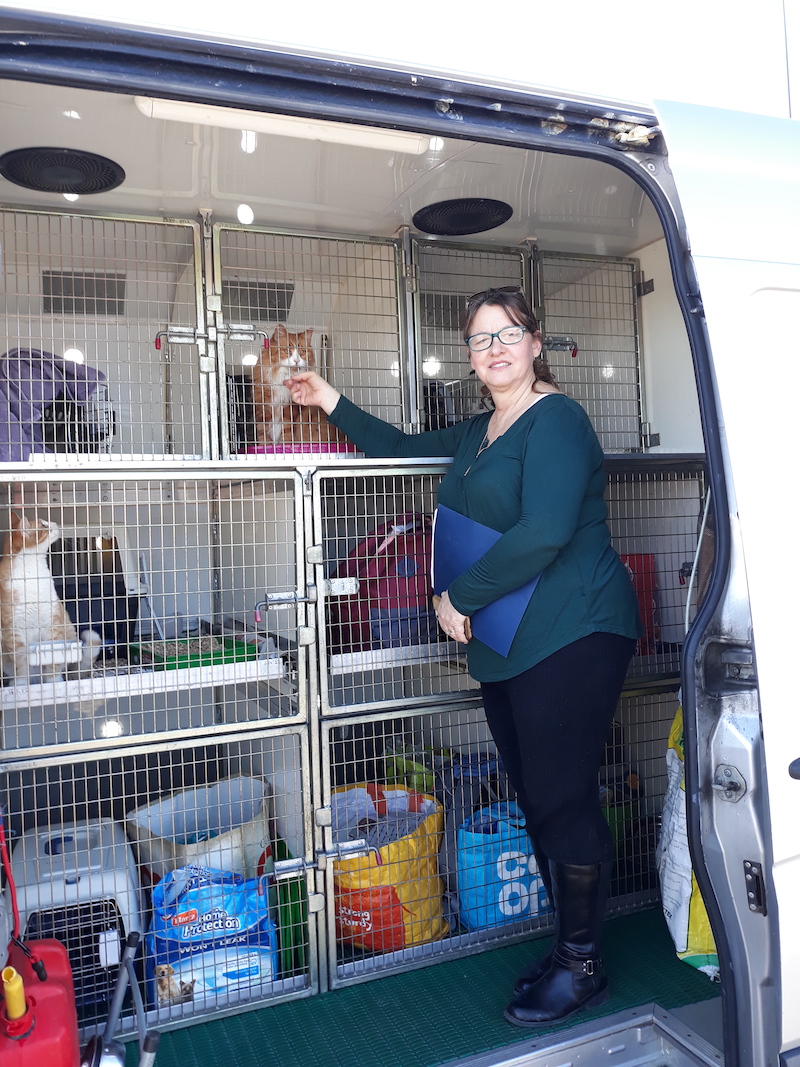 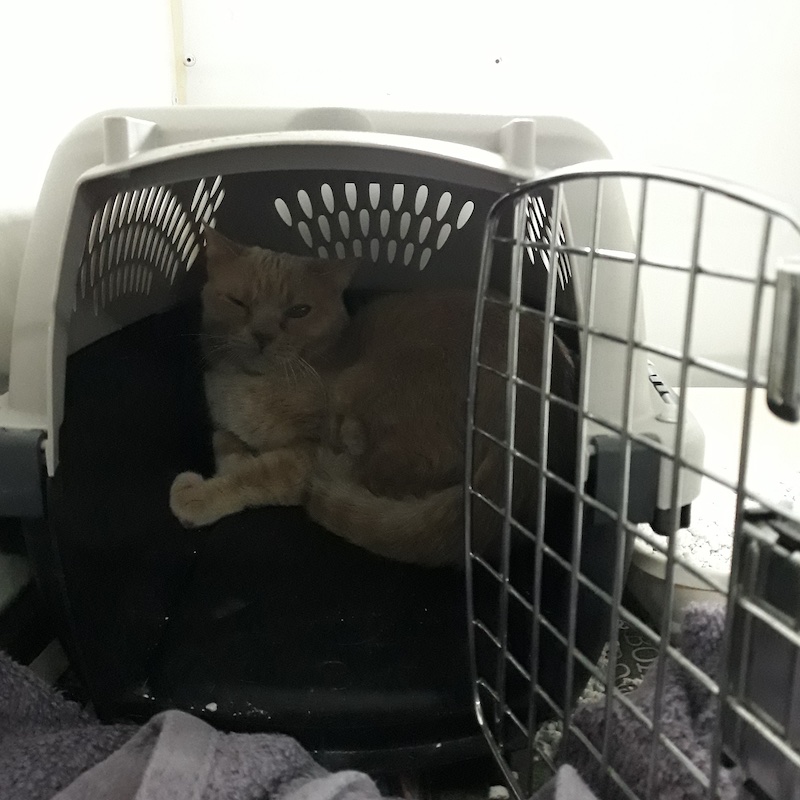 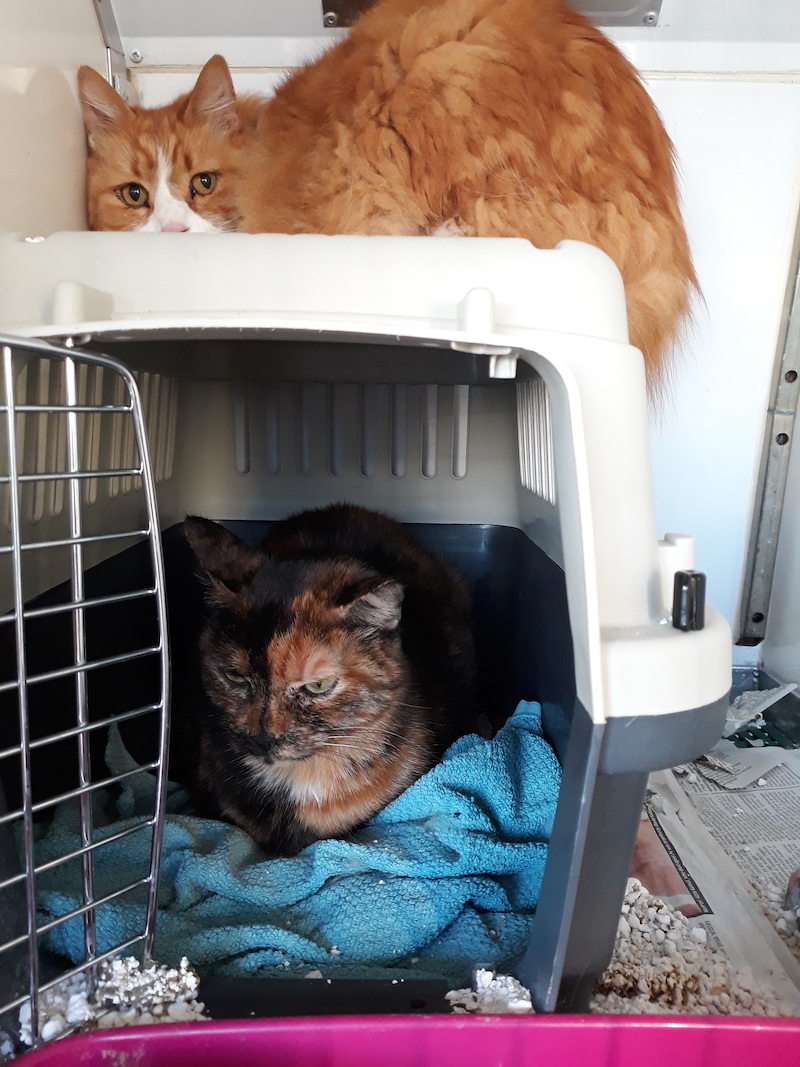 En route to the UK for happy reunions

From Italy we drove through France, then crossed the Channel by ferry. 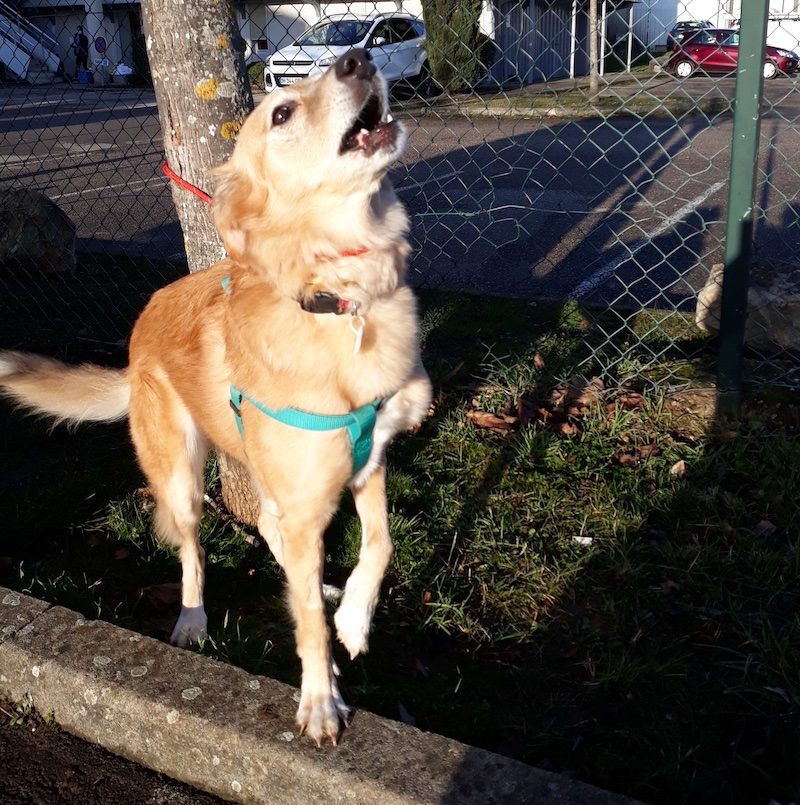 We stopped in Dijon overnight. Here’s dear Izy chatting and singing on her evening walk. 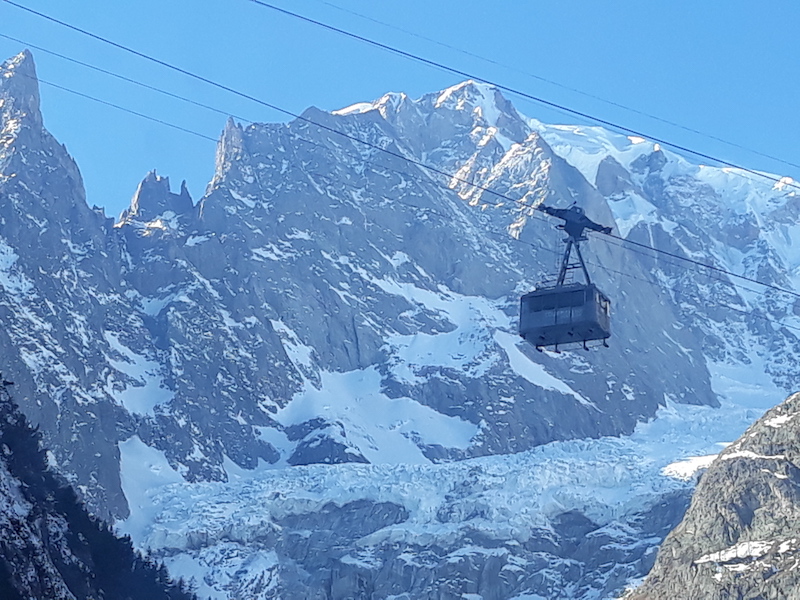 As we prepared to cross from France to Italy under the Alps, these guys were going over the top! 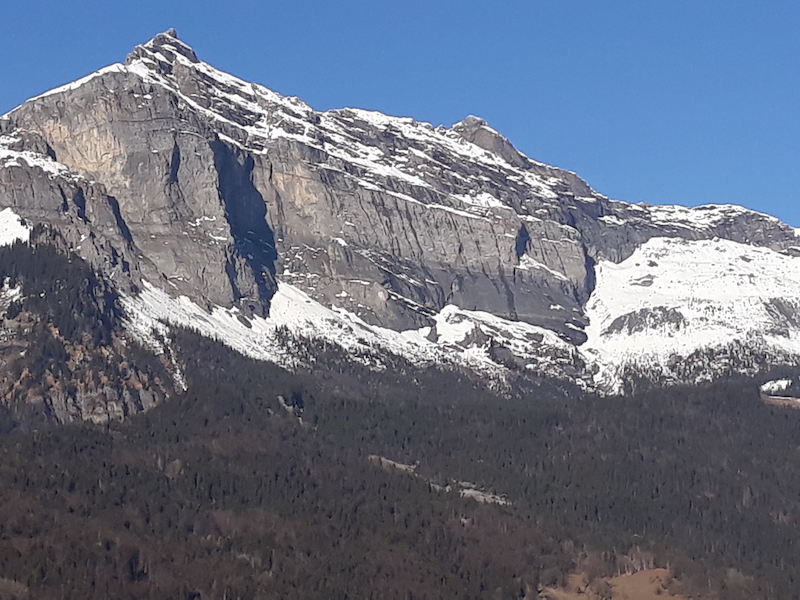 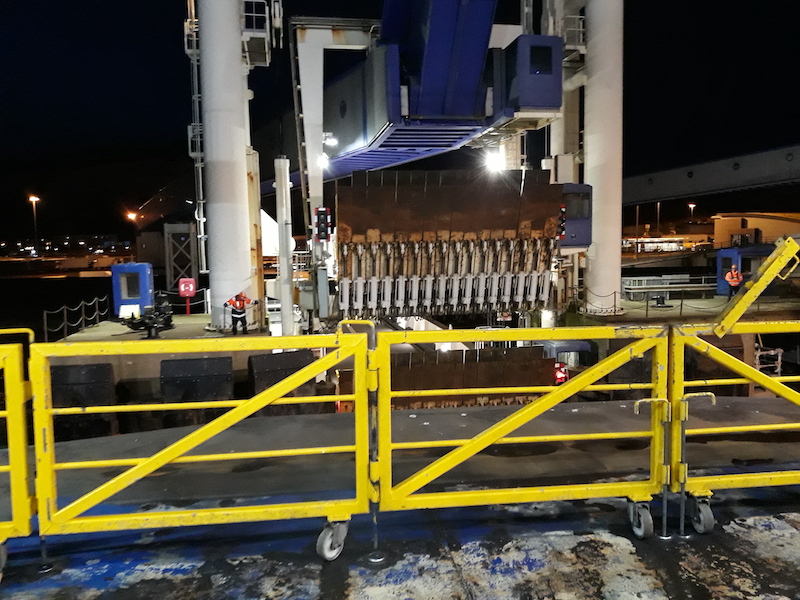 Getting ready to dock at Dover 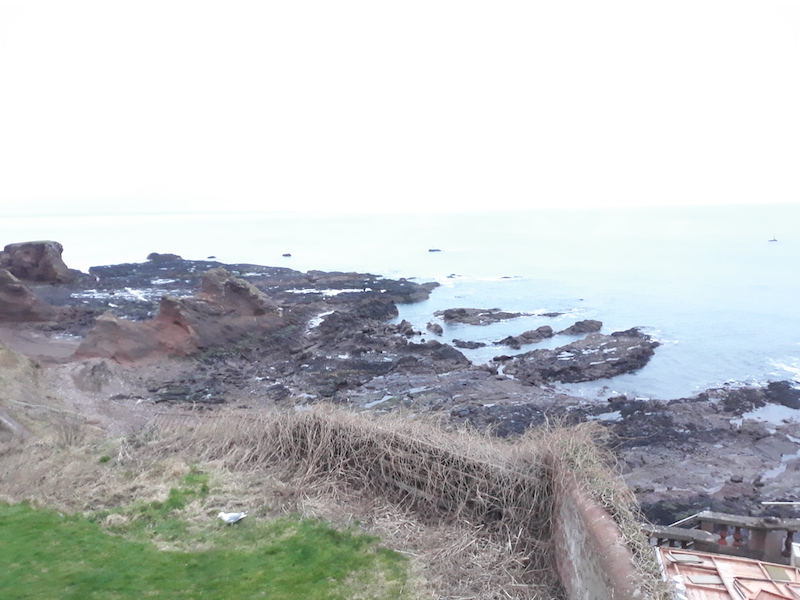 Having delivered Lori and Scott’s five cats in Yorkshire, courier Paul headed to Scotland to reunite Izy with her owners. He spent the night at Dunbar, a pretty coastal town near Edinburgh.