Here we are catching you up on pets who’ve made longer-than-average journeys to be reunited with their families.

Frankie, a dog from Norway to the UK

Lovely six-year-old Pug Frankie travelled with us from Oslo to Surrey to rejoin his mum who’s relocated for work. 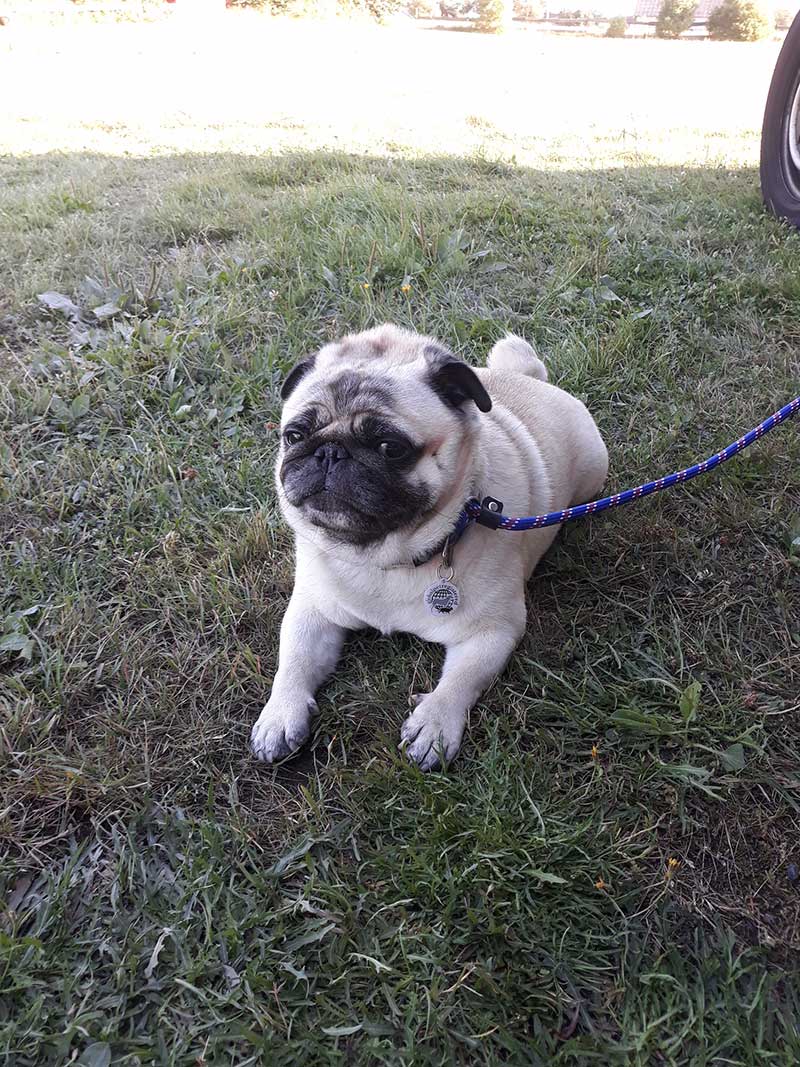 Frankie enjoying a leg stretch along the way

Alaska, Summer and Henry, 3 pets from Guernsey to Madeira

We met up with Sue and Kip on Guernsey, who entrusted their beloved pets to us for their journey all the way to Funchal, Madeira. We left Guernsey with gorgeous cat Alaska and delightful hounds Summer and Henry on board, and took them back to our base in Surrey to prepare their animal health certificates (AHCs) for the journey.

From the UK this intrepid trio headed out to Lisbon, Portugal by road, where our courier Anthony saw them safely onto their flight to Funchal. 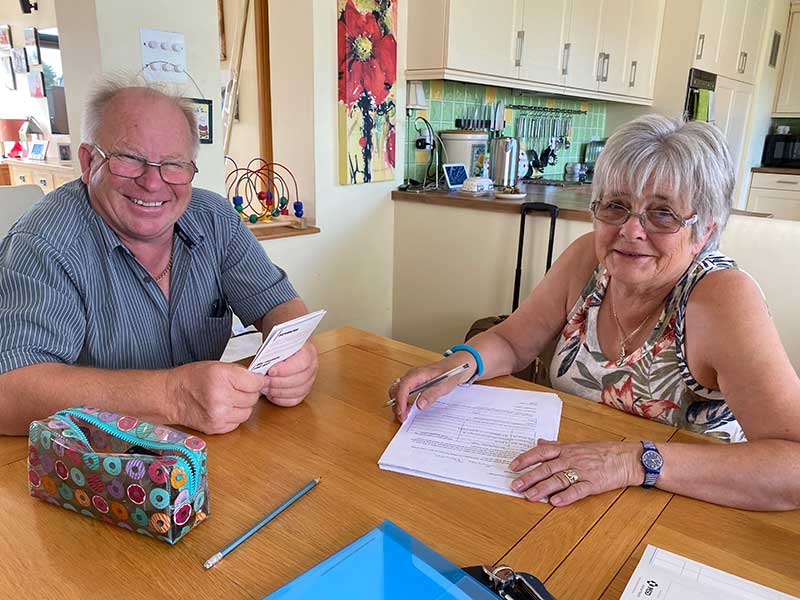 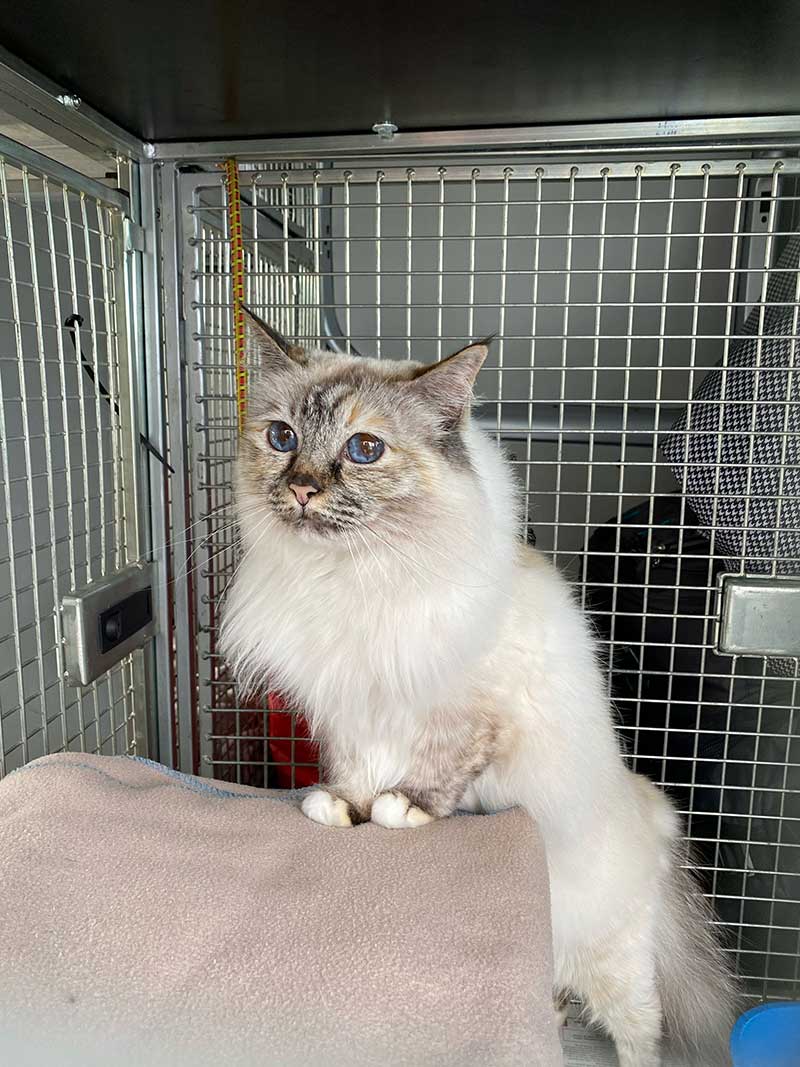 Alaska is a rather stunning Birman 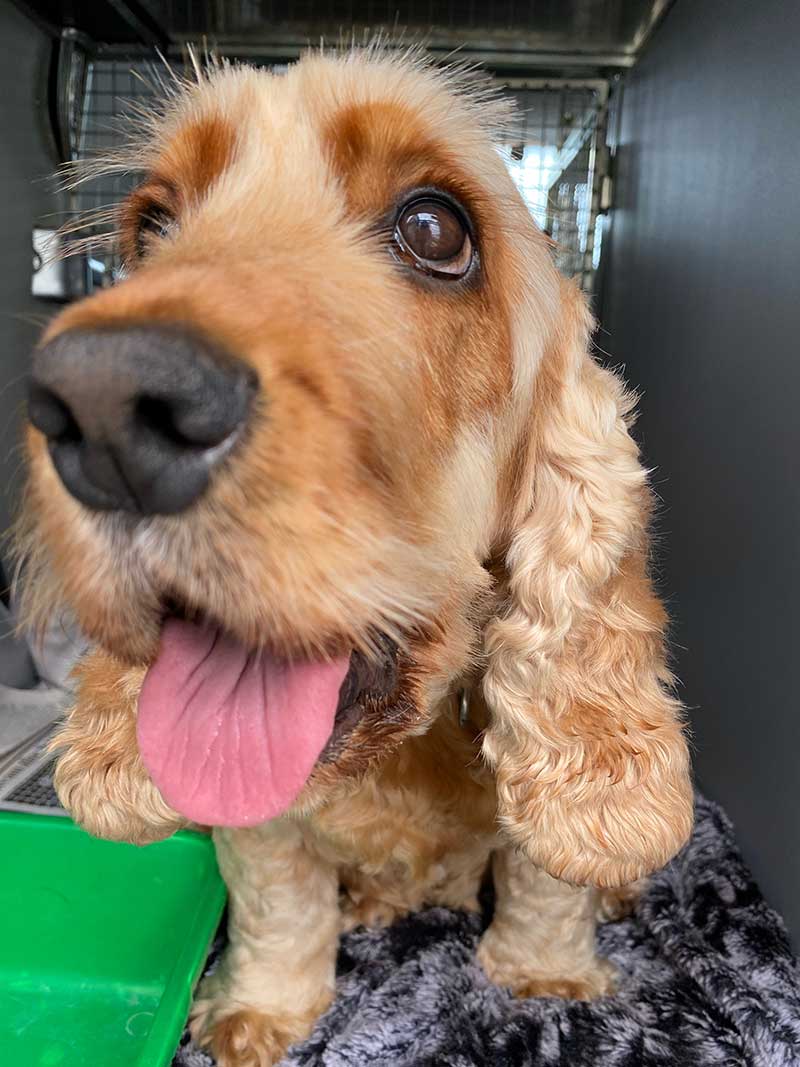 Summer coming in for a close-up 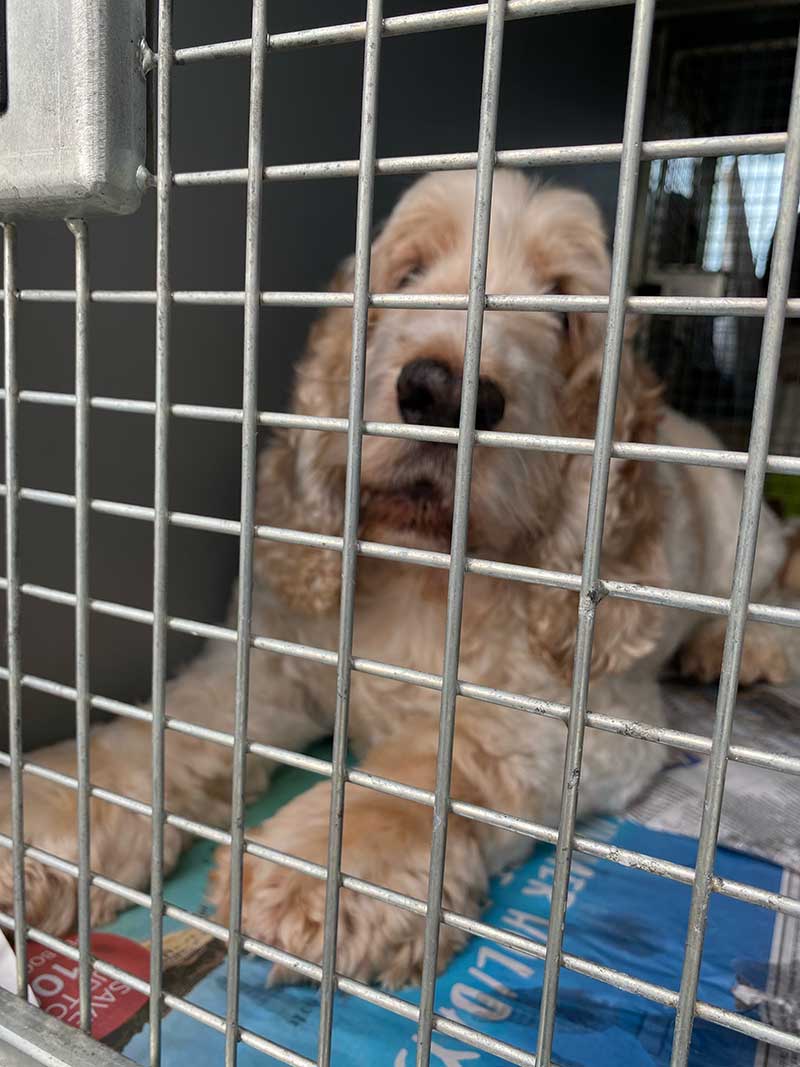 Henry settled in, ready for the off

5 cats from Tunisia to the UK

Karin and her friends rescued five cats from the streets of Tunisia, ready to give them new homes in the UK. The cats had quite a wait before they could travel from Tunisia to Paris, where a foster carer organised their pet passports with a local vet. A volunteer drove from the UK to collect the cats, only to discover the vet had made a mistake on all five passports, rendering them invalid and undoing everyone else’s hard work.

So the volunteer placed the cats in a cattery, where they had new rabies vaccinations and had to wait 21 days before they could travel to the UK. Karin and her friends had to cover the £1,000 boarding fees, plus the cost of the vaccinations and and new passports.

Fortunately, once the cats were ready to travel, Animalcouriers was able to add them to a trip we were already doing. 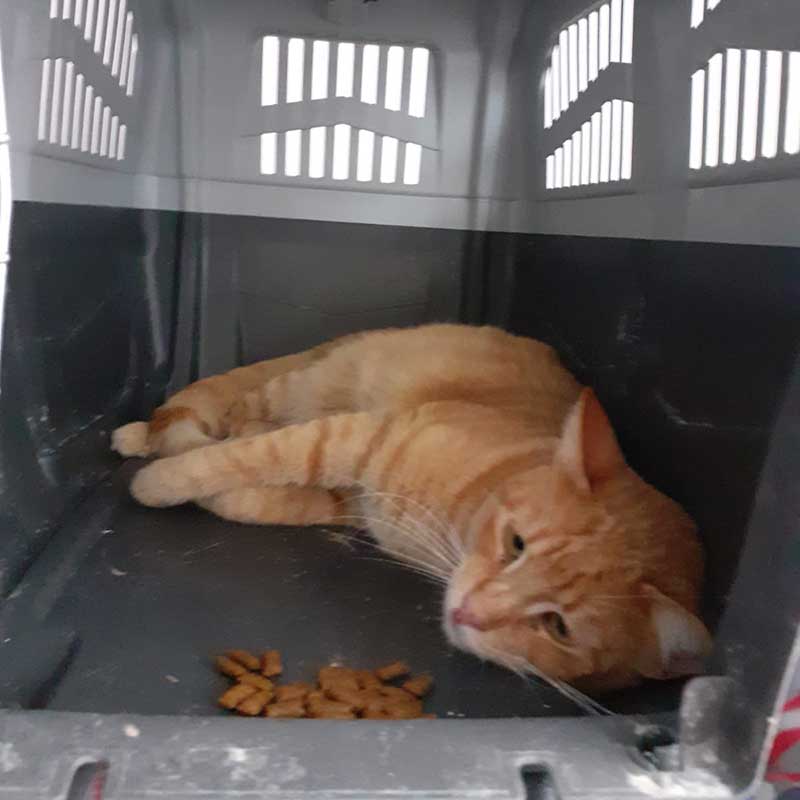 Despite their adventures, all five cats were very chilled out 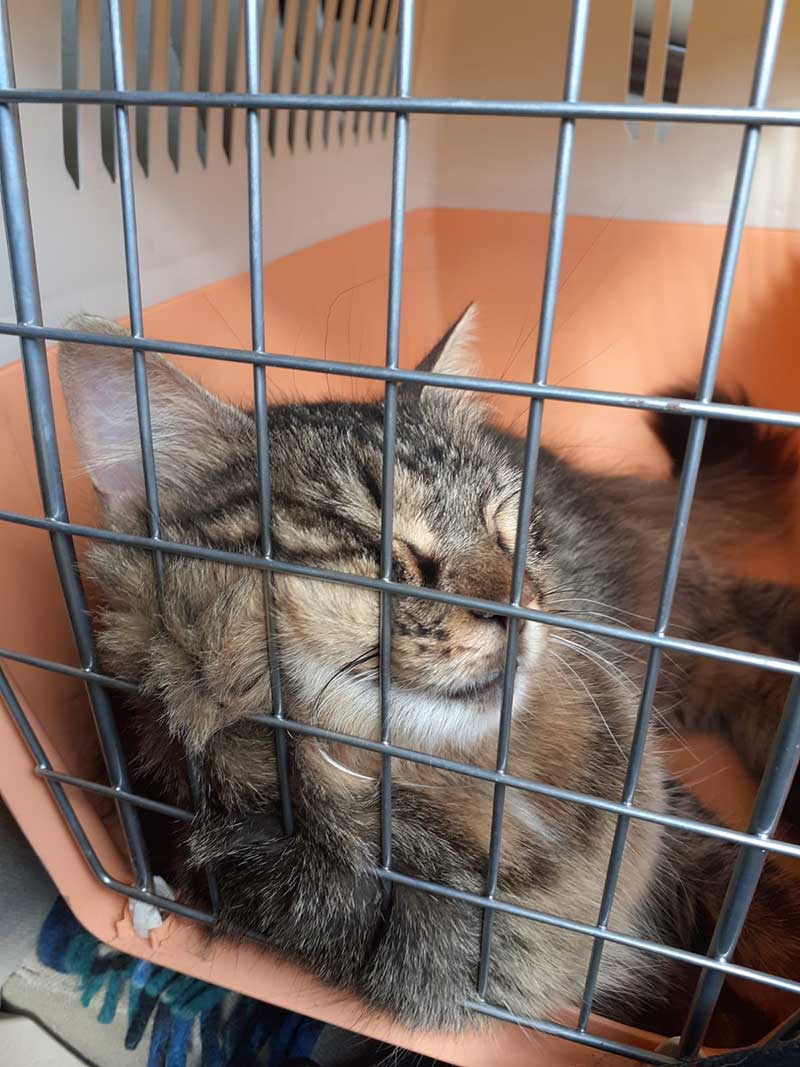 Took everything in their stride 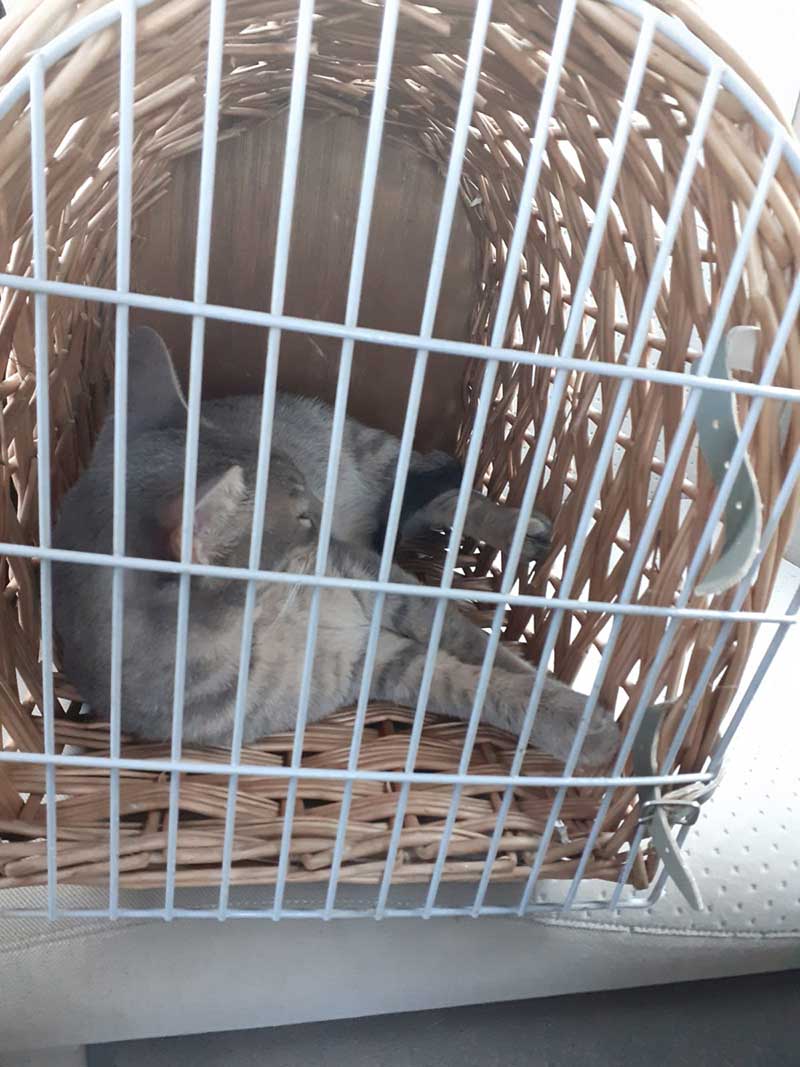 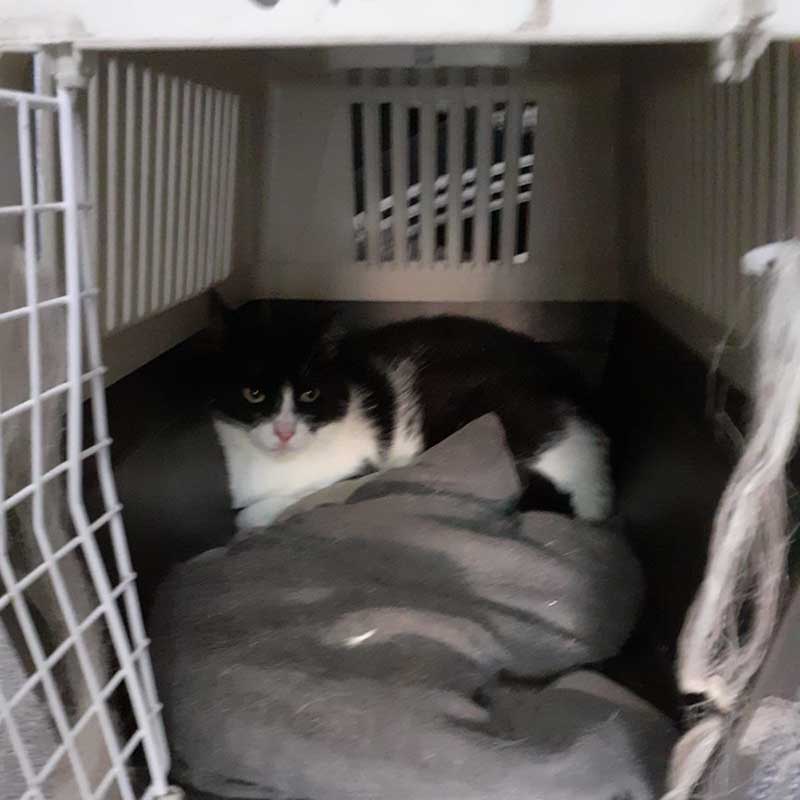 On their way to meet their new families 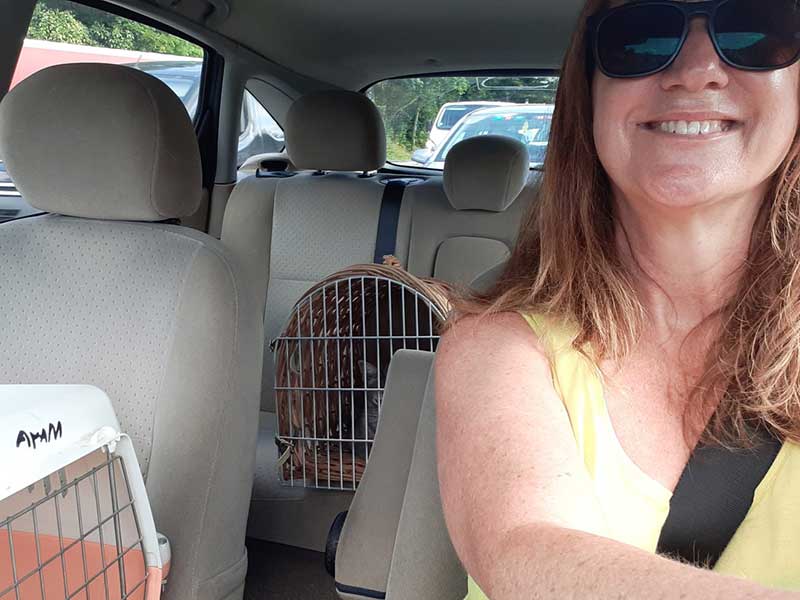 Karin reckons it was all worth it in the end 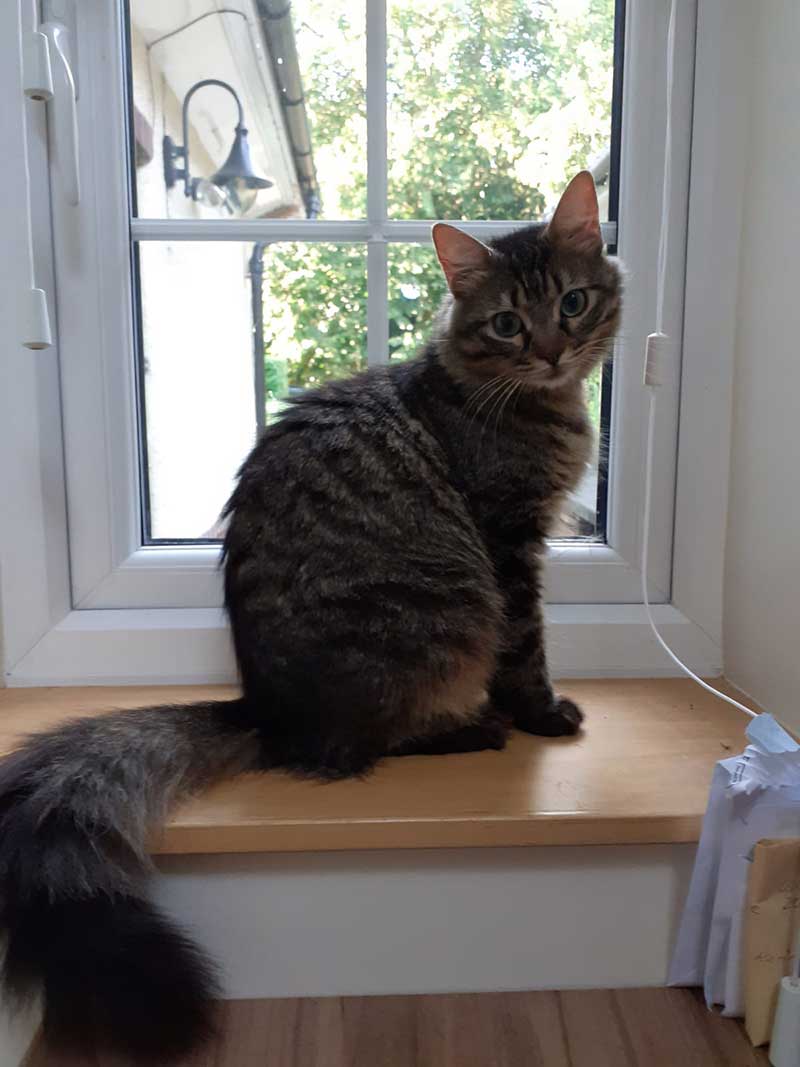 She told us: “I am VERY HAPPY to see them and all are now in their new homes.”

Fuzzy and Tilly, 2 cats from Bahrain to the UK

Fab felines Fuzzy and Tilly flew out of Bahrain a couple of weeks before their owners, Charlotte and Zaid. We collected the cats from Heathrow Animal Reception Centre and popped them into Burntwood Kennels and Cattery.

In the past, cats like Fuzzy and Tilly would have had to quarantine on arrival in the UK; but these days it’s the humans who had to do it! Once Charlotte and Zaid’s quarantine came to an end, we were able to deliver Fuzzy and Tilly to them in Leeds. 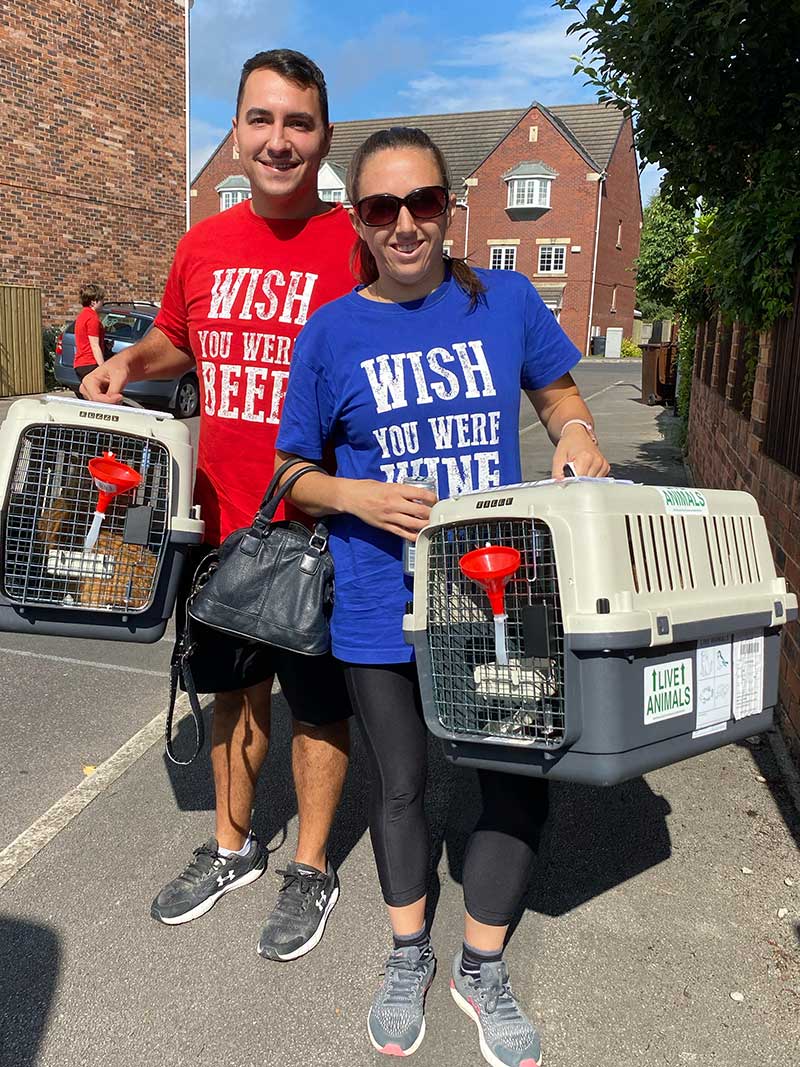 Wallace and Mido, 2 dogs from the US to Scotland via Paris

Travelling as checked baggage with their owner, adorable Pomeranians Wallace and Mido flew in from the US to Paris Charles de Gaulle airport. Courier Paul collected them, while their owner made her own way to the UK. After a good night’s rest, Wallace and Mido hopped on board with courier Helen for the drive to Oban in Scotland and a happy reunion. 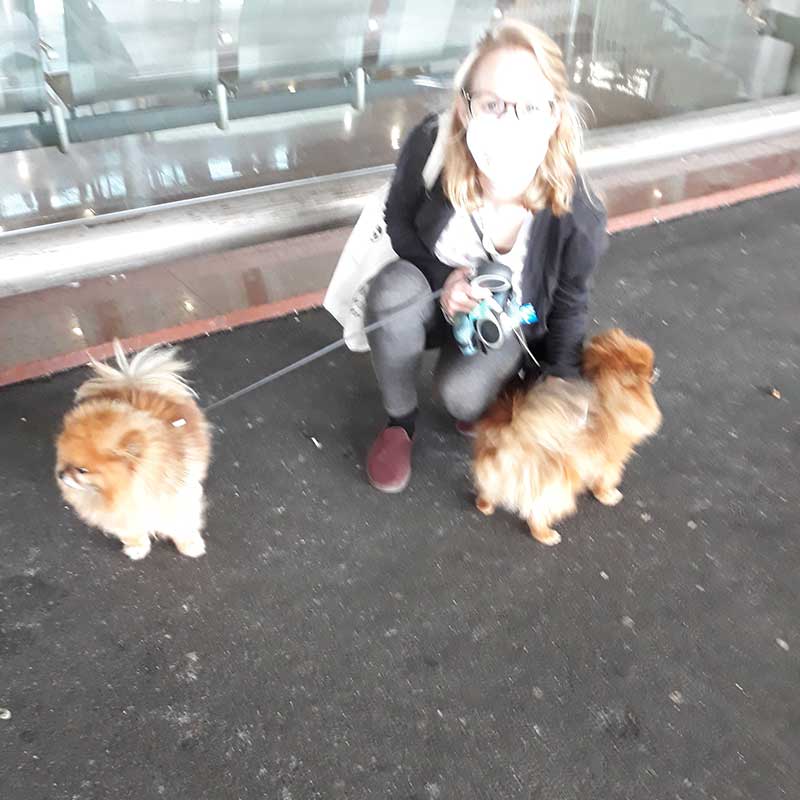 Cashew and Molam, 2 cats from Bangkok to Barcelona via the UK

No so long ago, gorgeous cats Cashew and Molam flew from Bangkok to the UK with owner Jamie. Now Jamie has moved to Barcelona, so we collected Cashew and Molam in Manchester for their journey to Spain. 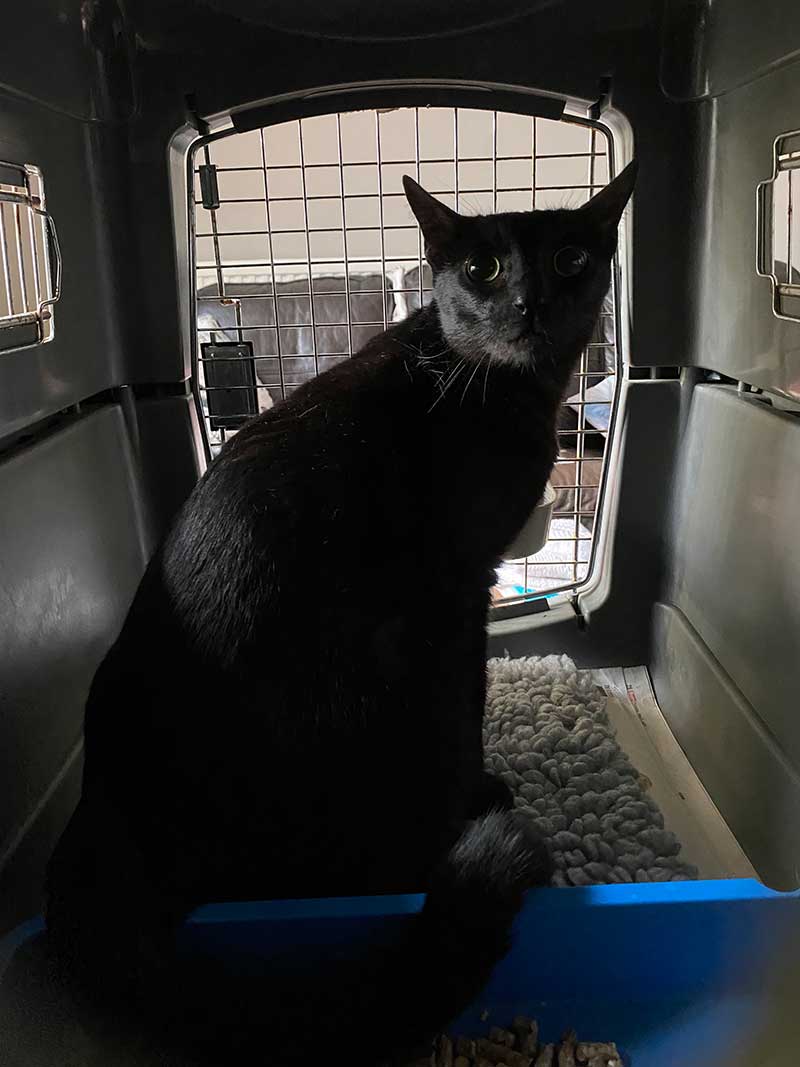 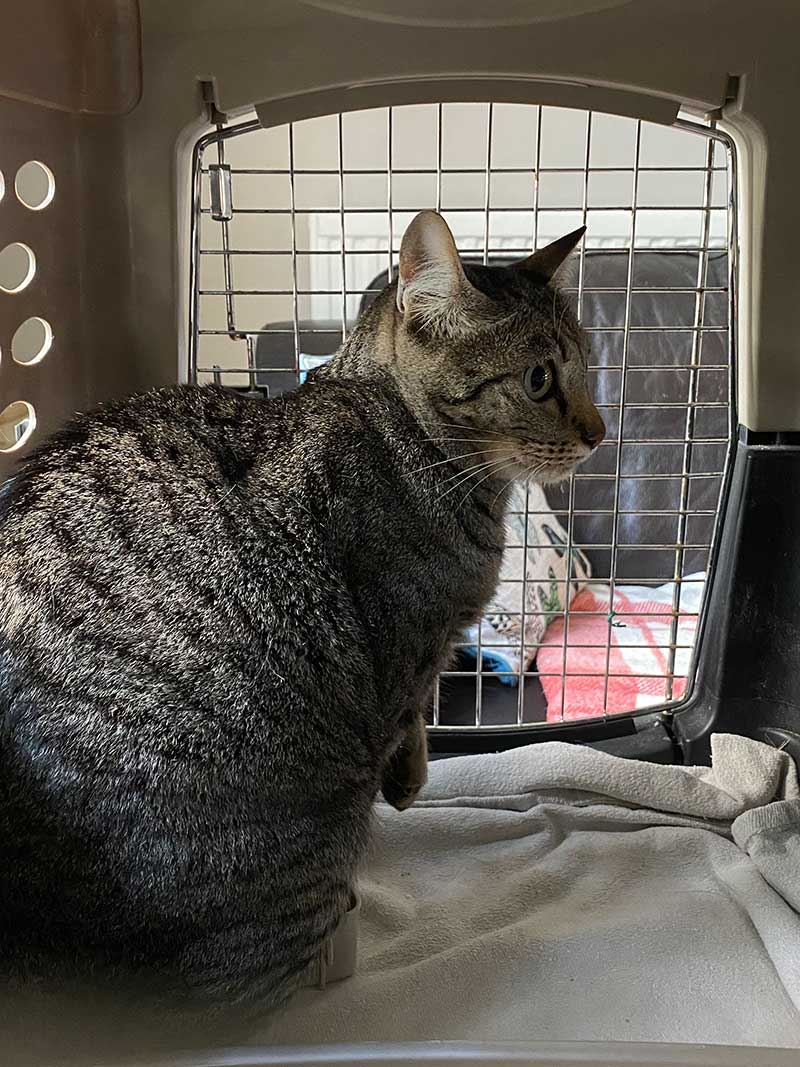 Goldie and Fluffy, two cats from China to Cambridge

A splendid pair of ginger and white cats, Goldie and Fluffy flew from Shanghai to Schiphol airport in Amsterdam, where it was found that some special stamps to ratify their paperwork had been omitted. So the government vet couldn’t release them. They had to stay at the KLM Animal Hotel for a few days, while new paperwork arrived from Shanghai.

The cats stayed calm throughout, but poor owner Catherine was a frazzled wreck!

Once that was all sorted out, we travelled to Amsterdam to collect them for their onward journey to Cambridge and a happy reunion with Catherine and family. 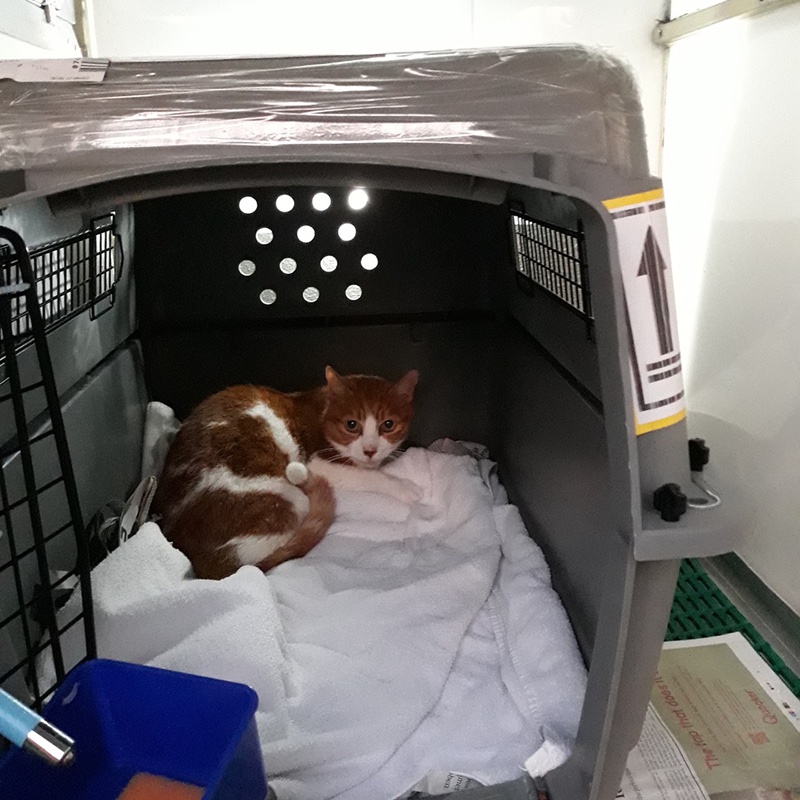 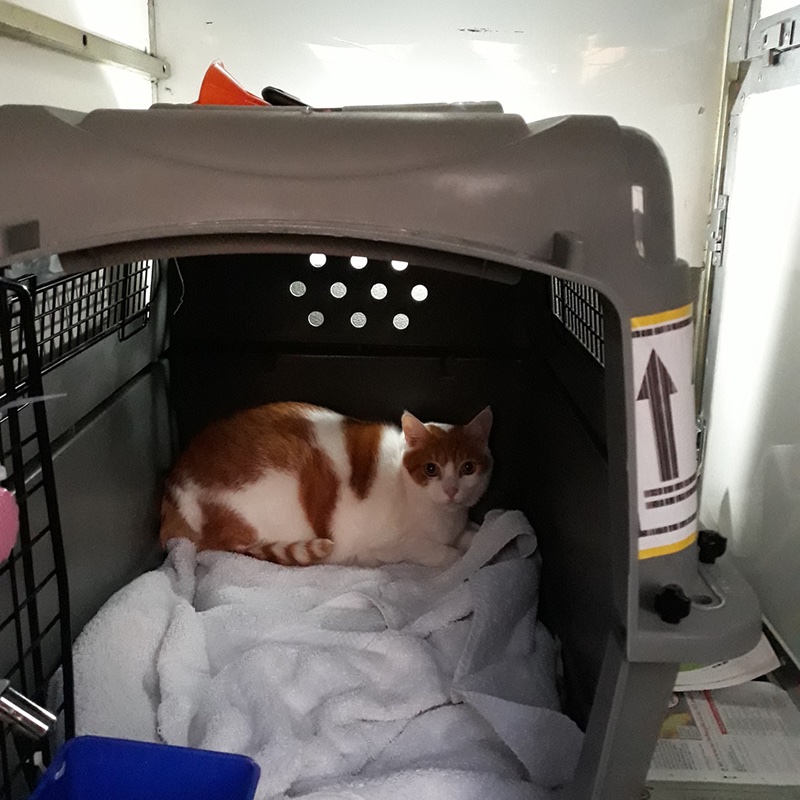 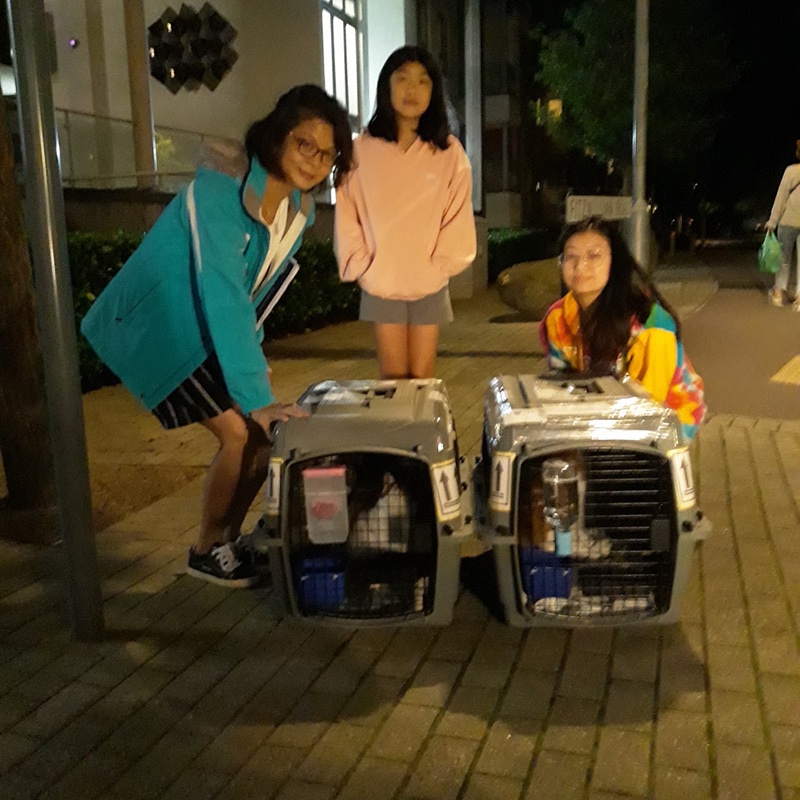 A warm welcome for these lovelies from their family in Cambridge

Pets from Hong Kong to the UK

We’ve helped with the last leg of the journey for a number of pets relocating from Hong Kong to the UK with their owners.

Petmovers HK, and in particular their agent Louise Hui, are working hard to find affordable, well organised routes to Europe for their clients’ pets. 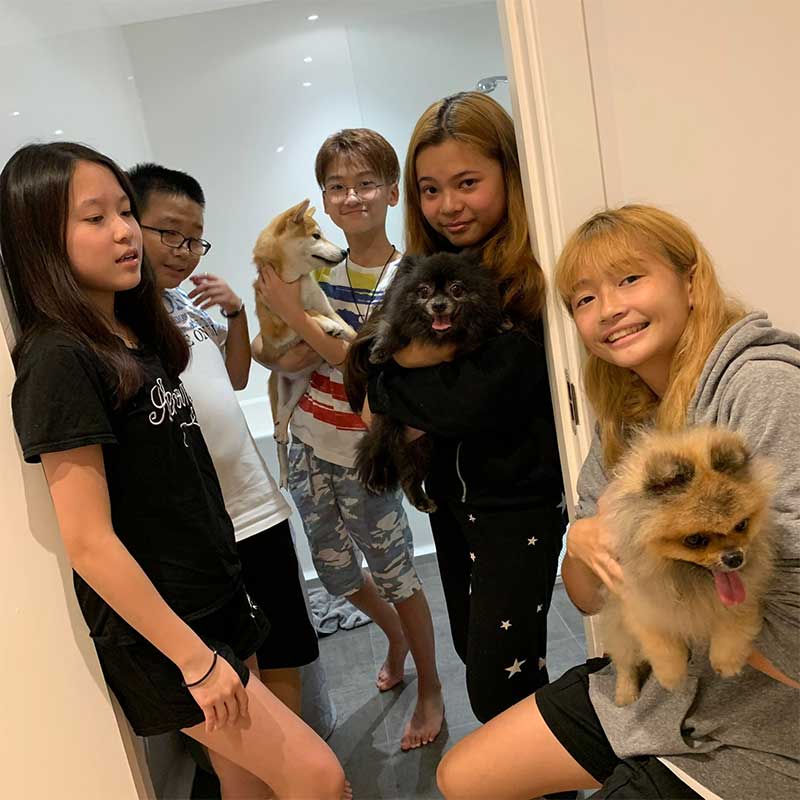 These charming hounds — Pomeranians Coffee and Yoko, and Shiba Inu Mochi, were among a group of five dogs who flew into Frankfurt 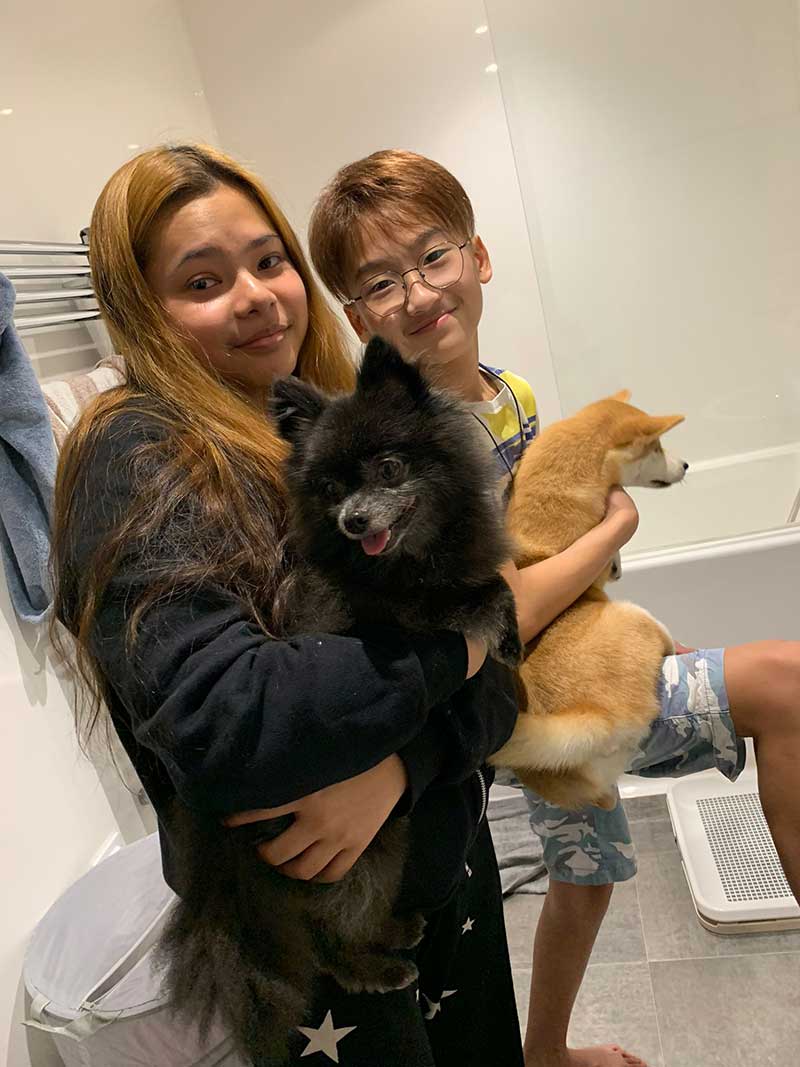 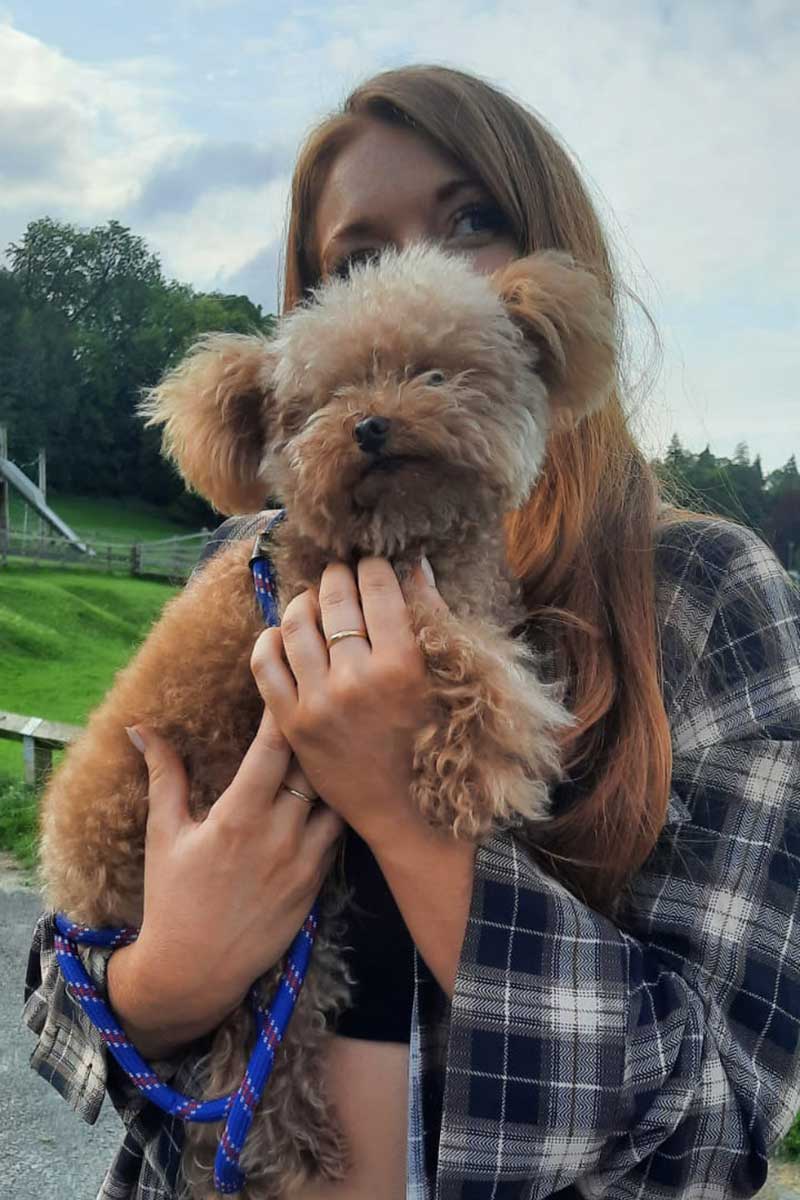 Cute little Kola — having a hug here with courier Paul’s daughter — travelled from Hong Kong to be reunited with owner Annie in Surrey. 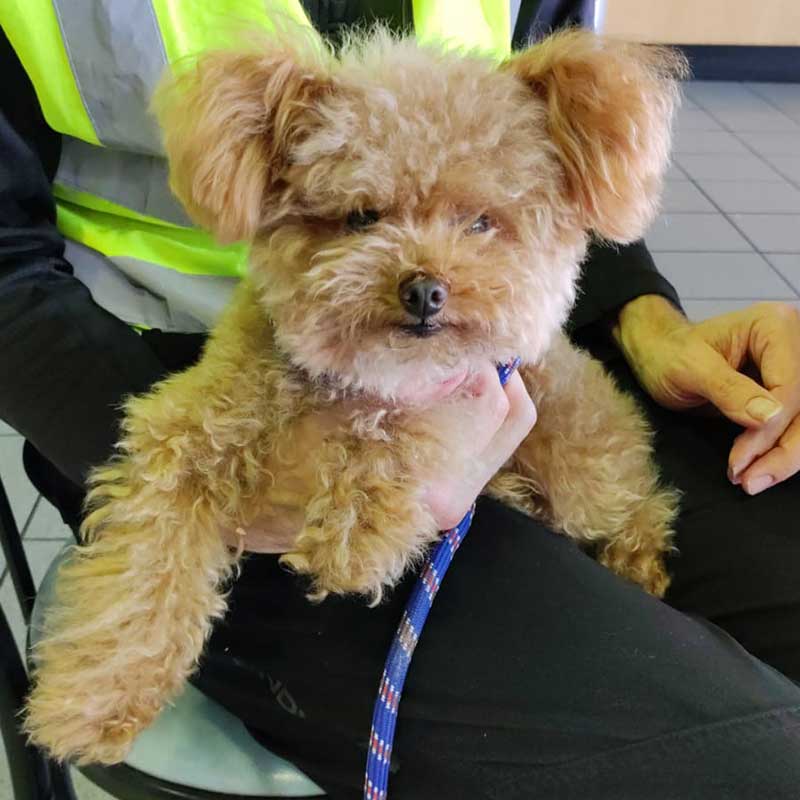 This is dear little Burger, whose journey from Hong Kong took him all the way to Dublin. Here he is sitting on courier Trevor’s knee at the port, waiting for their ferry to Ireland. 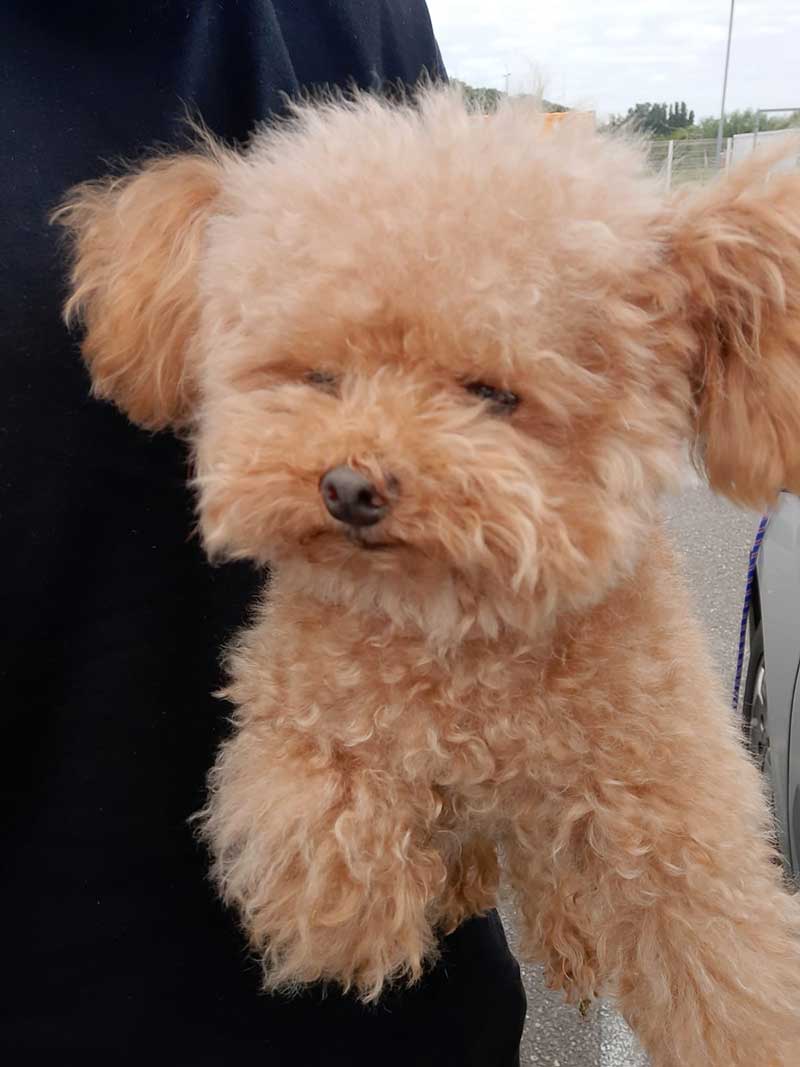 Burger drew quite a crowd, and it’s easy to see why! 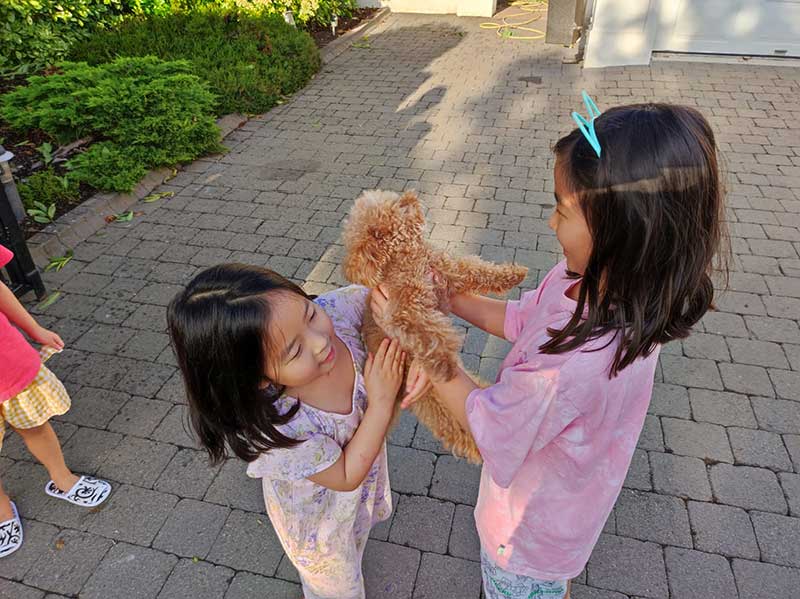 The best cuddles for Burger