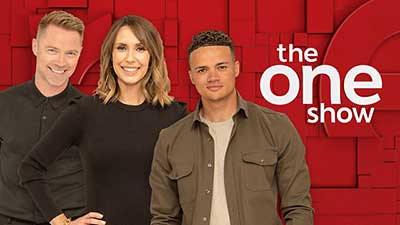 BBC One’s The One Show contacted Animalcouriers for help reuniting Nimo the tortoise with his Ukrainian owner. You can catch the whole story on BBC One on Tuesday 12 July at 7pm BST.

We’ll be posting more Ukrainian pet reunion stories soon. In the meantime, if you’d like to help us continue reuniting Ukrainian families with their pets (which we’re doing as a free service to the families), head over to the GoFundMe page set up by one of our supporters.

16-year-old Ilia fled from Ukraine to Poland with his mum Natalia, younger brother Roman, aged 10, and his precious tortoise Nimo. To Ilia’s dismay, he was forced to leave Nimo behind in Wroclaw as they went to board their UK-bound plane.

That’s because Nimo is a Testudo Horsfieldii Tortoise, a protected species that needs a special CITES certificate — along with other paperwork — to be allowed into the UK.

Fortunately, the family’s Polish hosts were able to place Nimo in the tender care of Ivona at her Hotel 4 Pets in Wroclaw. Once Nimo’s certificate and paperwork were complete, courier Gwen travelled to Poland to collect Nimo. She reports that Ivona was gracious, and that the grounds of her pet hotel were garden like. 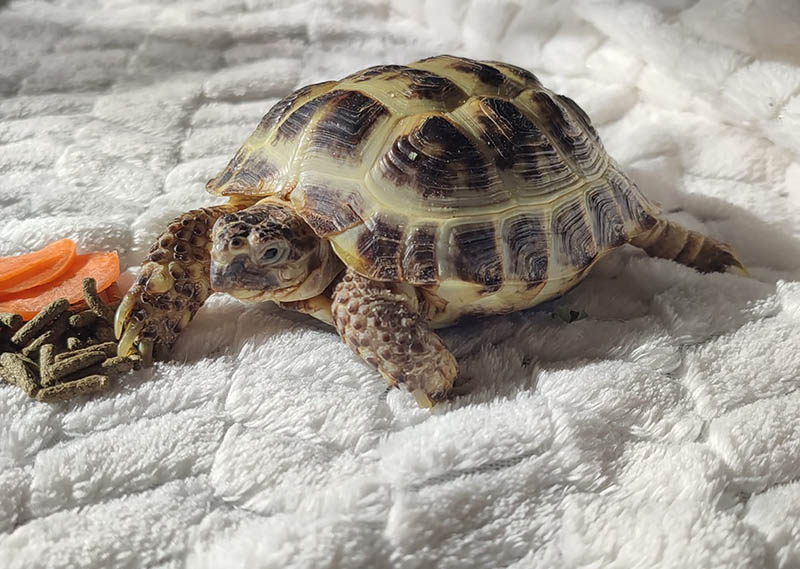 A closer look at gorgeous Nimo

Nimo with Ivona at her delightful pet hotel. “A lovely stay for any tortoise, especially a well loved one like Nimo,” says courier Gwen.

The journey from Poland to the UK

From Wroclaw courier Gwen headed to Germany. After a night with Nimo as her roommate, she drove on to Belgium, where Nimo again shared her hotel room.

Arriving in Calais, courier Gwen handed Nimo to courier Trevor for his ferry crossing to Dover and onward journey to our Surrey base, where courier J took charge of him.

Nimo in his comfy carrier on courier Gwen’s hotel nightstand

The One Show planned the reunion with Nimo as a surprise for Ilia, who really had absolutely no idea what was happening. Lou and Bex were on hand to film the happy event.

Couriers J and Ewan drove Nimo to Gloucestershire, where Ilia, Natalia and Roman are staying with their UK sponsor, Claire. You won’t be surprised to hear that Ilia was over the moon to have Nimo back in his hands. 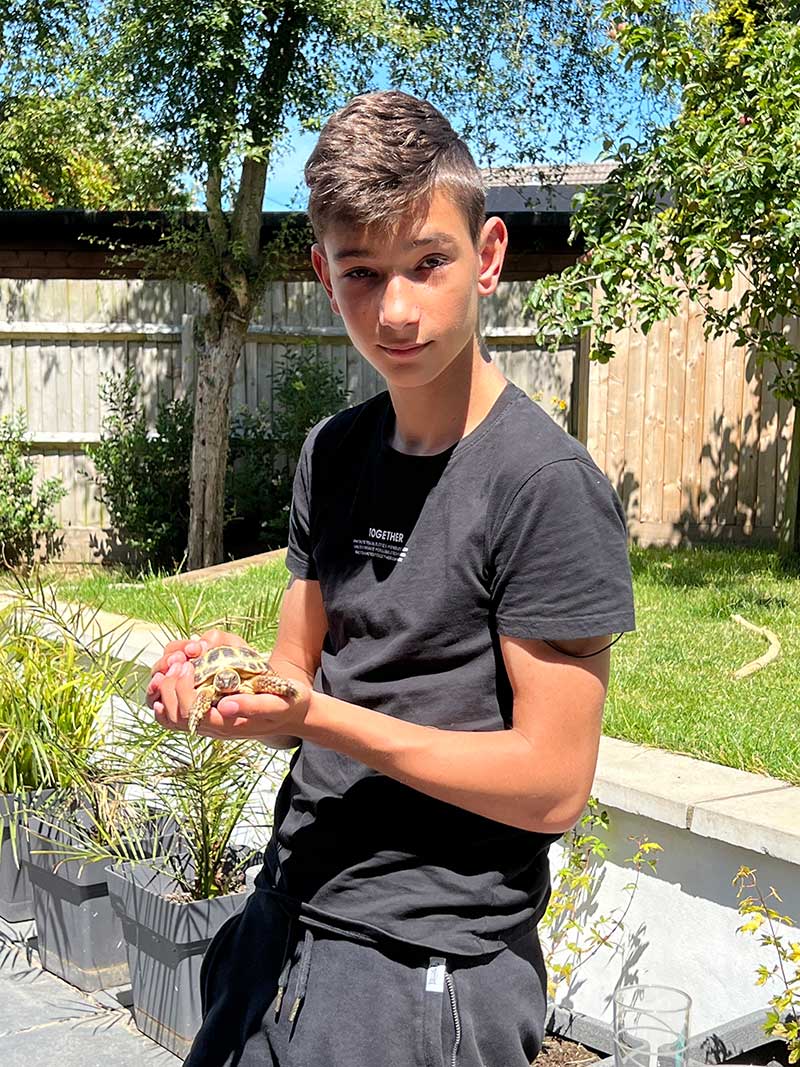 Ilia with his beloved Nimo 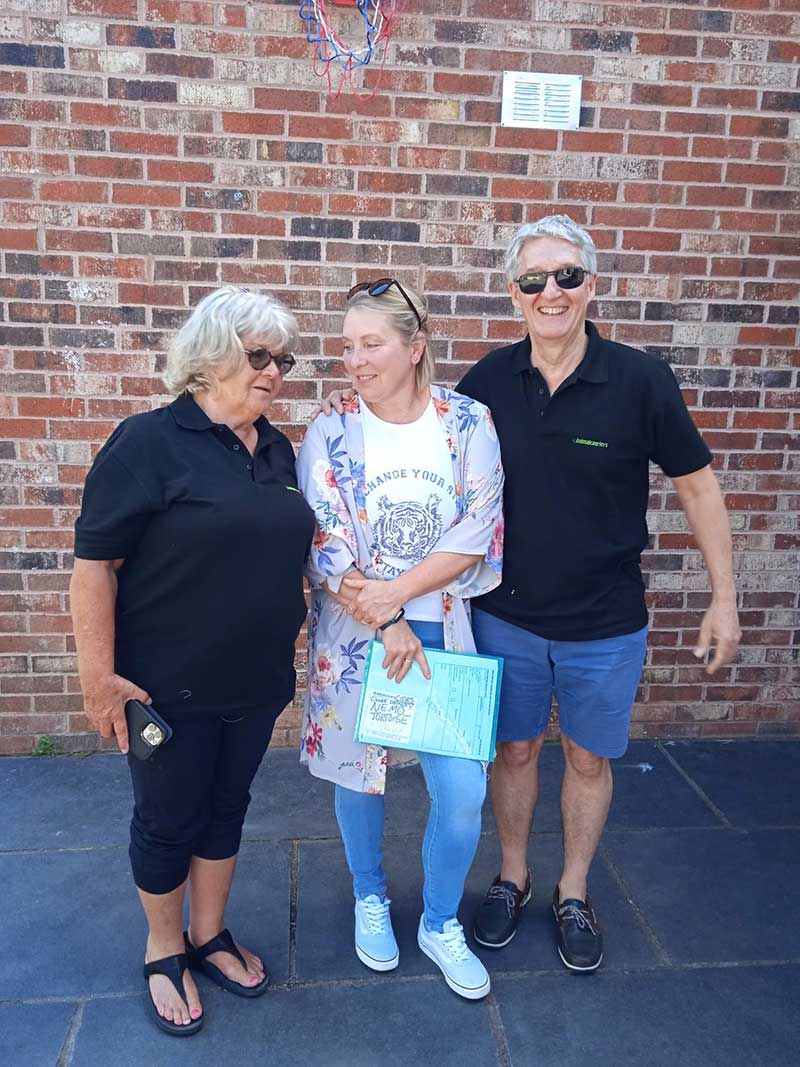 Elena, who has been volunteering as an interpreter to help the family, flanked by couriers J and Ewan 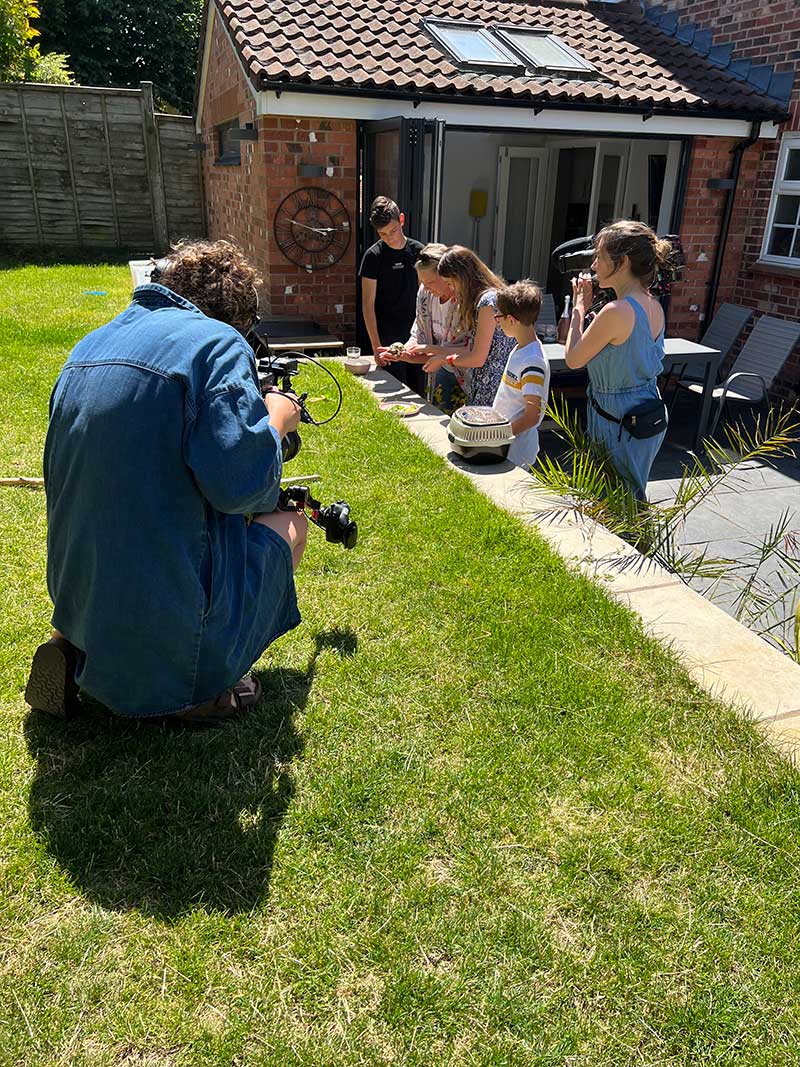 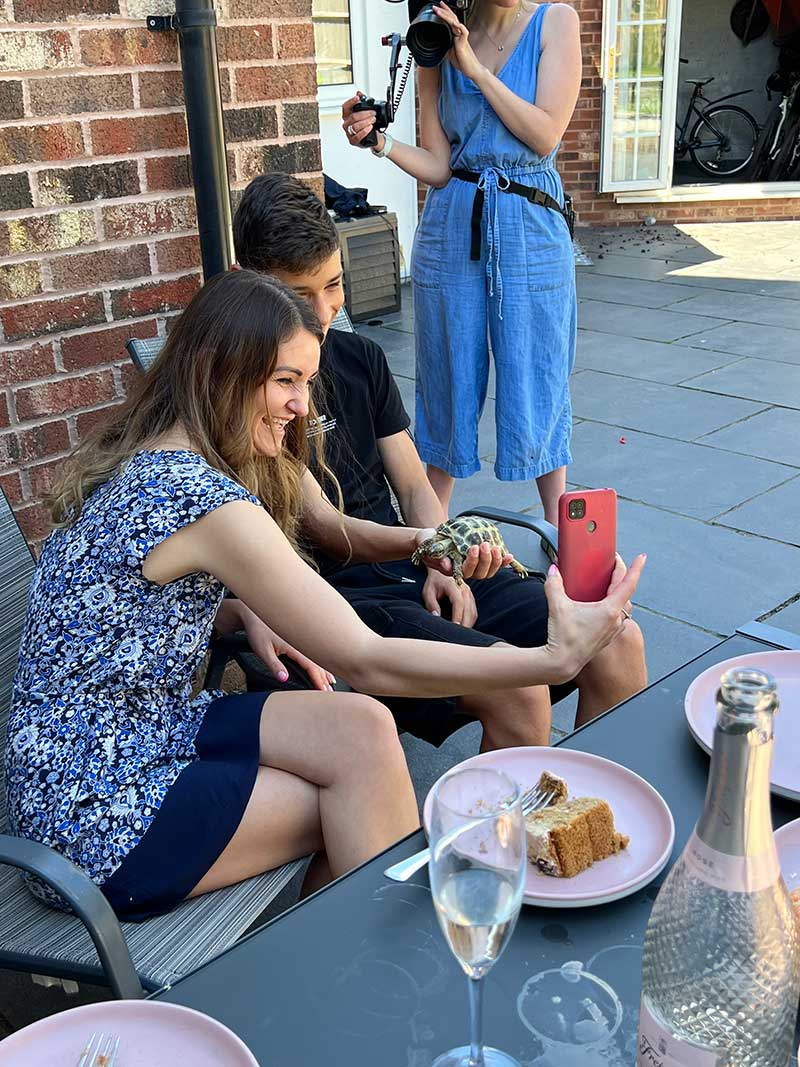 Ilia and his mum on a FaceTime call with Dad in Ukraine, telling him all the news.