Are you looking for a safe, reliable pet transport service because you’re moving house, relocating, emigrating, or going to a new forces posting? Are you a breeder, buyer or welfare group that needs pet shipping services? Or are you simply looking for a stress-free way to transport your pets to your holiday destination?

Animalcouriers can help. We transport pets by road throughout Europe in our customised, Defra-authorised vehicles; and arrange air freight throughout the world. We can advise you on pet passports, animal health certificates and import and export requirements; and provide or source related services such as boarding and airport collection and delivery. 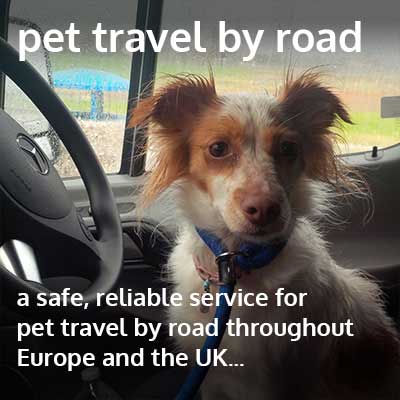 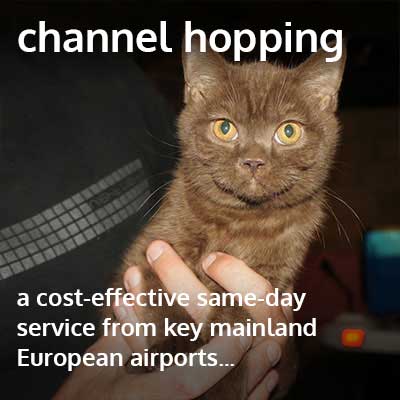 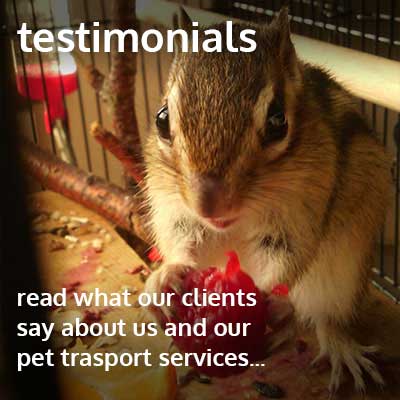 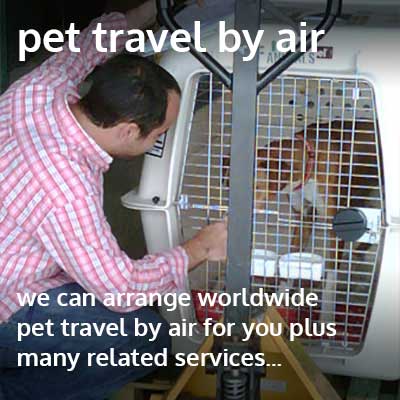 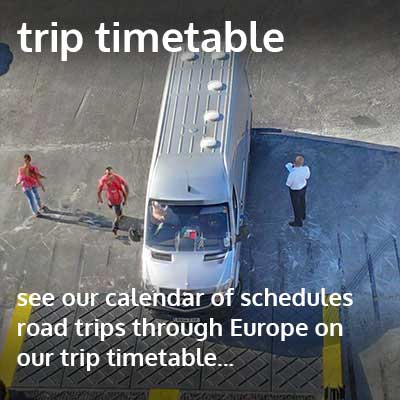 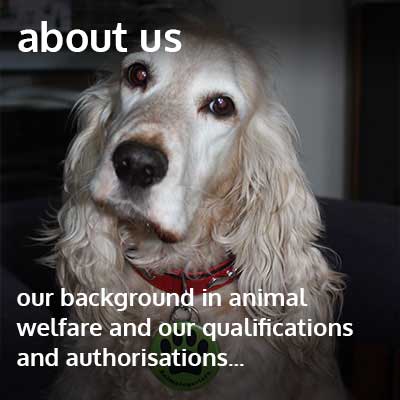 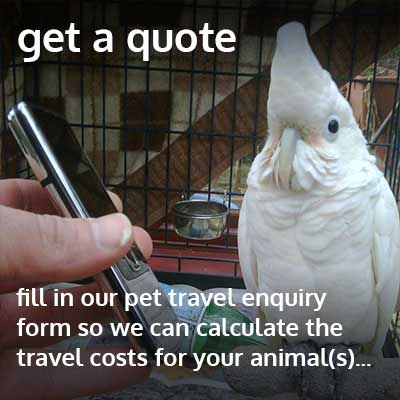 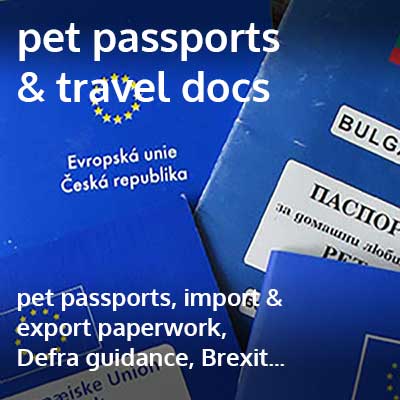 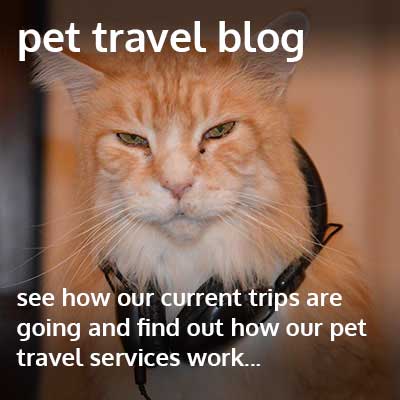 The latest from our travel blog

6 well travelled pets – a round up of trips

6 well travelled pets recently travelled with our couriers. Among them were Whiskey, who travelled from Hong Kong to Hampshire; Daisy, whose journey started in Australia and ended in Croatia; and Yogi, who went from Scotland to Bermuda. Whiskey, a dog from Hong Kong to England via Frankfurt Charming Labradoodle Whiskey flew in from Hong Kong to Frankfurt, where courier Gwen collected her for her onward journey by road to England. Whiskey was a pleasure to have on board Owner Alexa was delighted to be reunited with Whiskey after a two-month separation Just how many sausages would fit on this giant Weber barbecue grill spotted in Germany? Yogi, a puppy from the UK [...]

These experts from Animalcouriers were great. I picked them because they already had experience with getting a dog to Bermuda via London Gatwick and, as a bonus, their price was reasonable. It was professional service with a good dose of kindness and understanding about the stress of a move. I would recommend them and use them again. The dog was happy to go with the courier who got him and after the flight the next day, he looked well-cared for. I think he even got a home grooming because he smelled lovely.

Thank you for taking such a good care of Iorek. Both my family and I were amazed by the care and attention you provided for him through his first travelling experience. Iorek has settled well in Italy and is coping with the heat by taking every opportunity he gets to splash around when the garden water sprinkles are on! I will strongly recommend Animalcouriers to anyone who needs your service.

(Iorek travelled with Animalcouriers from the UK to Italy)

A huge thank you for reuniting us with Jimmie and Millie last week; in addition thank you so much for the enormous effort you put in to resolving the delays after the passport problem so speedily. Mike our courier was also fantastic and kept us well informed during their trip, the cats arrived safe and sound and are now very much at home en France.I just wanted to say how very impressed we have been both with your organisation in general and particularly with the great consideration you give to the welfare of the animals you are transporting. We would be very happy to recommend your services!

(Animalcouriers moved her three cats from the UK to France)

I just wanted to say that Chubbs loved the time you spent together, she looked so happpy and well looked after when we saw her for the first time afer her journey! Before courier S collected Chubbs from Portugal we were so scared to be giving our little princess to a stanger, but you put us all at ease and Chubbs took to you immediately! So thank you from the bottom of hearts, keep up the good work.

(Chubbs travelled with Animalcouriers from Spain to the UK)

Petra is an absolute sweetheart, loves contact and affection. There was no way I could leave her to fend for herself over an uncertain Lesvos winter. She’s special and it has been so worth all the worry and expense to give her the forever home she deserves. Thank you so much for everything you’ve done to get her here. I’m so deeply grateful.

(Petra travelled from Greece to the UK with Animalcouriers)

The grand reunion took place as planned and Bart has made himself at home. He obviously travelled first class in 5-star luxury. Many thanks to you and your team. I will certainly recommend Animalcouriers to anyone we know looking for pet transport.

(Bart travelled from the UK to France)

Cooper made it home safe and sound and very happy. He is hanging out with our family in Ohio until we pick him up in a few weeks. Thank you so much for everything you did for us. We couldn’t be more happy with how he was cared for on his journey. From the pictures you posted it looked like he was having a blast and made some new friends.

Loved seeing my 3 boys in transit this afternoon, they look relaxed and comfy! So glad you were recommended to us. Much better than being squashed up in little cages in the car with us amongst all our belongings!! So looking forward to having them at home soon. You really are wonderful people and do great work. Thank you

(Hugo, Red and Ruben travelled from France to the UK with Animalcouriers)

Rumy arrived safe and sound and she’s just settling in and currently sleeping under the bed after exploring the house. Thank you very much for bringing her over safely for us. The blog you guys run shows just how much you actually care about your job and the animals, which is more than I’ve seen from anyone else! If we ever have to move a pet again it will be you who we will call. Really good job and good luck with all your future trips.

(Rumy travelled from Greece to the UK with Animalcouriers)

Animalcouriers have been amazing all the way through some very complicated beaurocracy issues that I could not have sorted out alone here in Ecuador. I want to recommend them to everyone. Despite my having to change my plans last minute due to some beaurocracy laws in Ecuador, Animalcouriers have been extremely helpful to me. They are fast to respond to document problems and help out no matter what, and are very responsible. If you hire their services you can have peace of mind with your pet in their hands.

(Carla travelled with Honi by air from London to Ecuador)