Since the start of the year we’ve been involved in reuniting families with pets making complex journeys. Some of these families have waited weeks or even months to see their beloved pets again.

Archie, Suzia and Jasiu, 3 dogs from South Africa to the UK

This fabulous family of three hounds flew from Johannesburg to Paris Charles de Gaulle airport. We collected them at the airport’s Pet Hotel for their onward journey to the UK and a happy reunion with Mark. 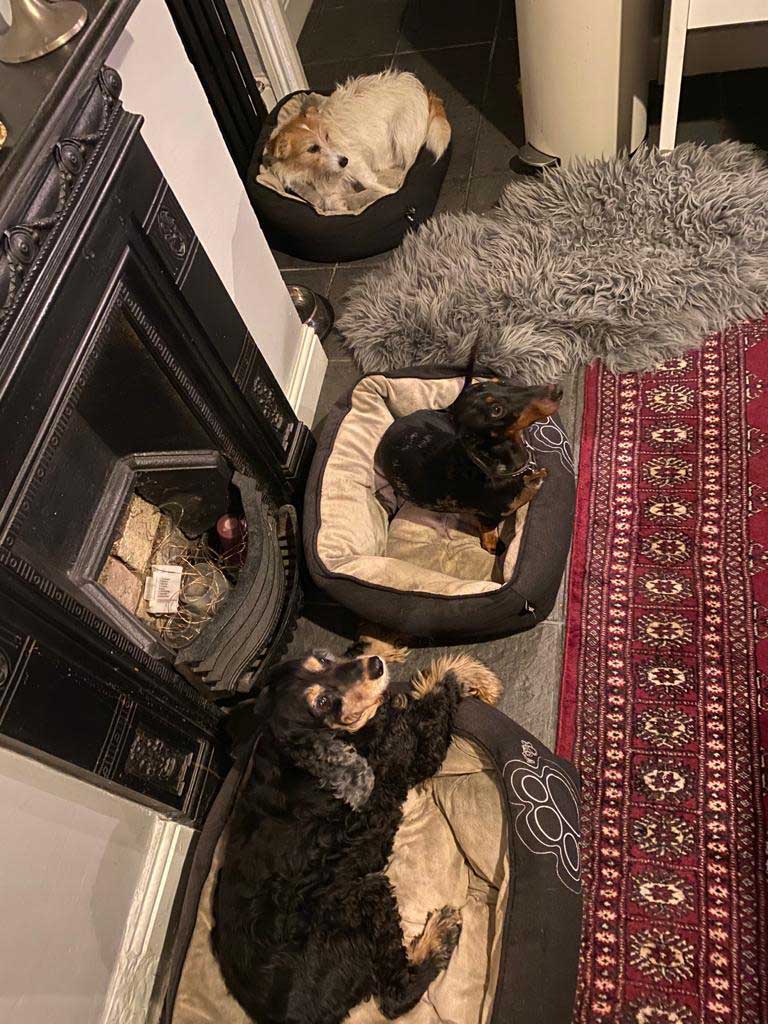 Mark shared this great photo of his contented trio settling in

Gucci and Blanca, 2 dogs from Bermuda to the UK

Splendid French Bulldogs Gucci and Blanca belong to Helen and family, who spent a nail-biting nine months trying to organise the dogs’ travel.

The first leg of their journey was a flight from Bermuda to New York. Three days later Gucci and Blanca flew on to Frankfurt, as routes to London were hard to find. Animalcouriers were at Frankfurt airport in the early morning, ready to scoop them up and drive them to the UK for a tearful reunion with Helen in Somerset. Even after nine months apart, the dogs recognised her immediately!

“Thank you from the bottom of my heart for delivering my doggies to me. I am so overwhelmed with happiness. You were so wonderful from the very first email! Thank you for bearing with my tears, you gave me reassurance and peace of mind in the most unsettling situation I have experienced. Gucci and Blanca have been lapping up love and treats all afternoon. Tomorrow it will be baths and strolls in their new town. Bermuda may have been paradise for the humans in our family but Burnham will be theirs with all of the fabulous walks! Thanks a million!” 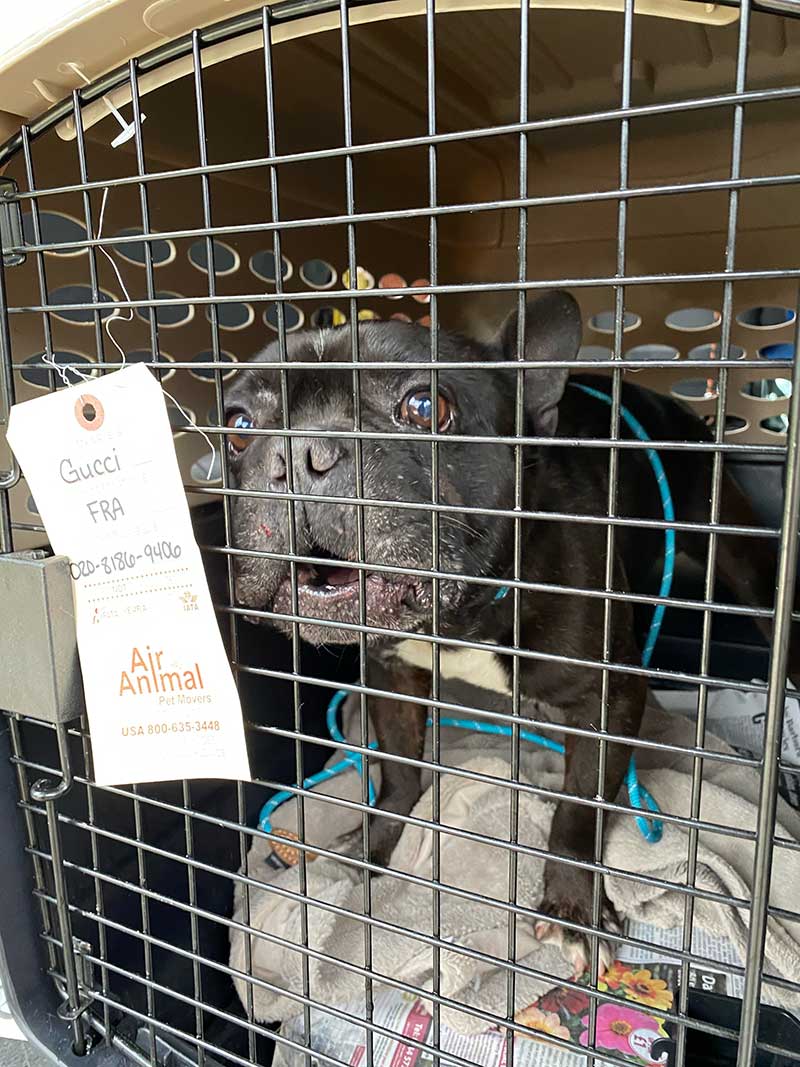 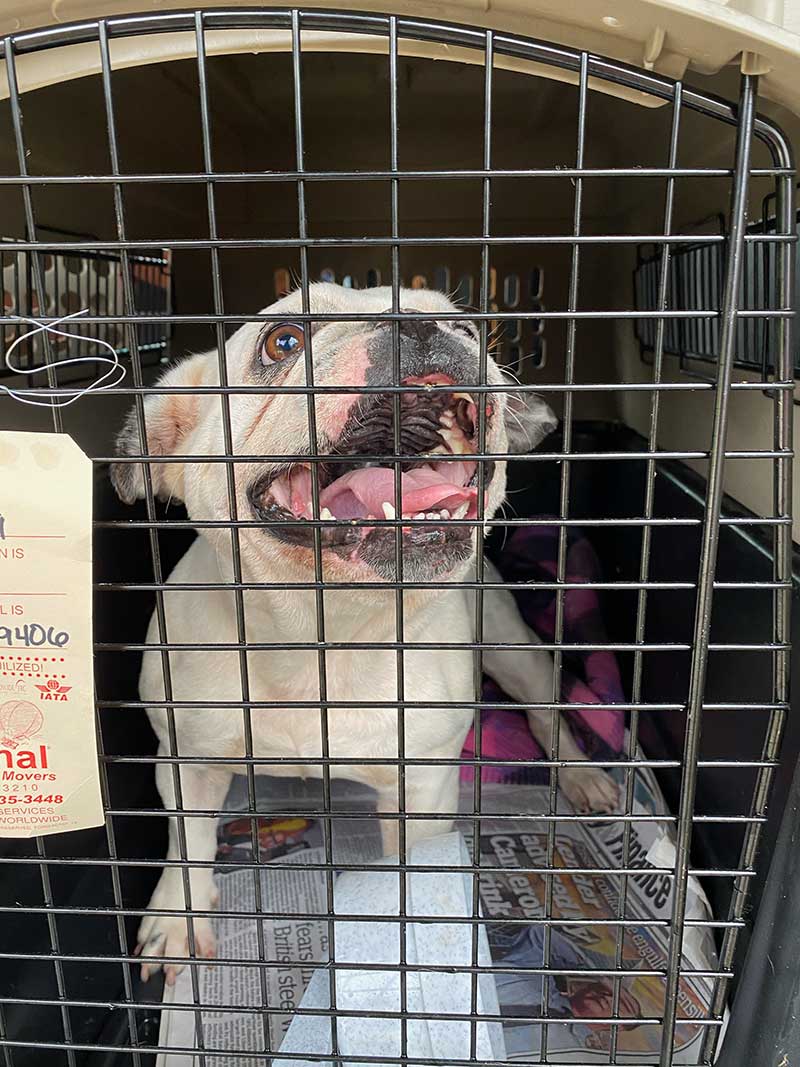 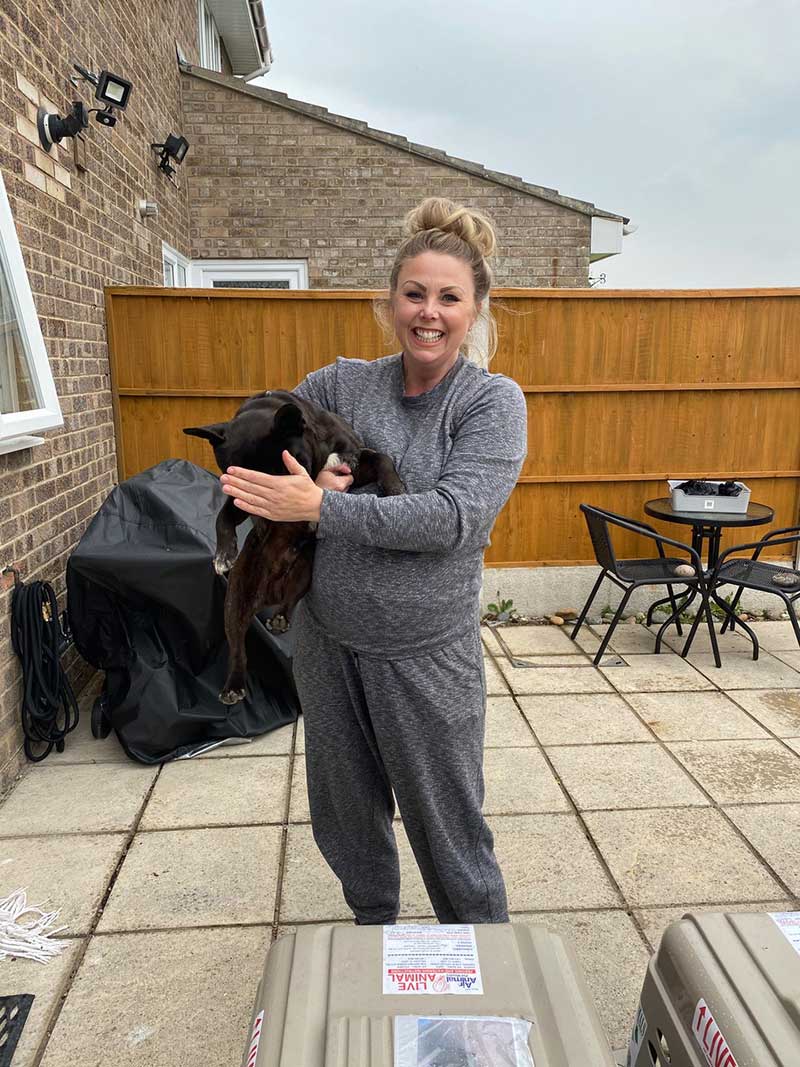 Tyler, a dog from Israel to the UK

Charming Collie Tyler waited five months to be reunited with his family in Newcastle. Eventually he was able to fly from Israel to Amsterdam, where he had a short stay with a foster family until we collected him. We drove him the final leg of his journey to the UK and a reunion with Julia and family in Newcastle. Julia told us:

“We would all like to send a huge thanks to you and your team, we can’t imagine the planning and logistics that goes into this. Thanks to Ryan as well for caring for Tyler on his journey home, it’s amazing to have him back with us. When I reached out to you I contacted two other pet transport companies, you were the only service who were able to help us, as the other two weren’t making any such journey at the moment. Now we realise how fortunate we were to have a positive answer from you. Thanks again.” 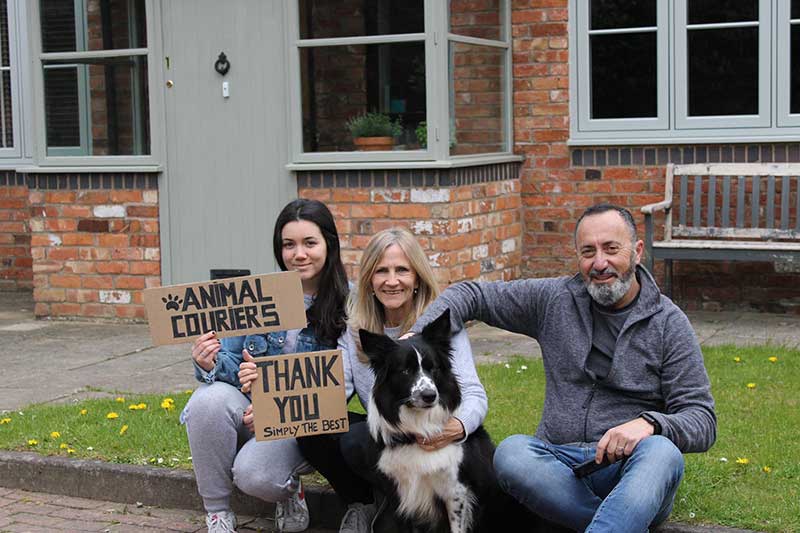 Biscuit, a dog from UAE to Yorkshire

Dear little Biscuit flew with Gulf Air from Dubai to London Heathrow, where he was lovingly cared for by the Heathrow Animal Reception Centre (HARC) staff. We collected him from the airport and drove him to Brigg for a reunion with owner Michelle and her husband. 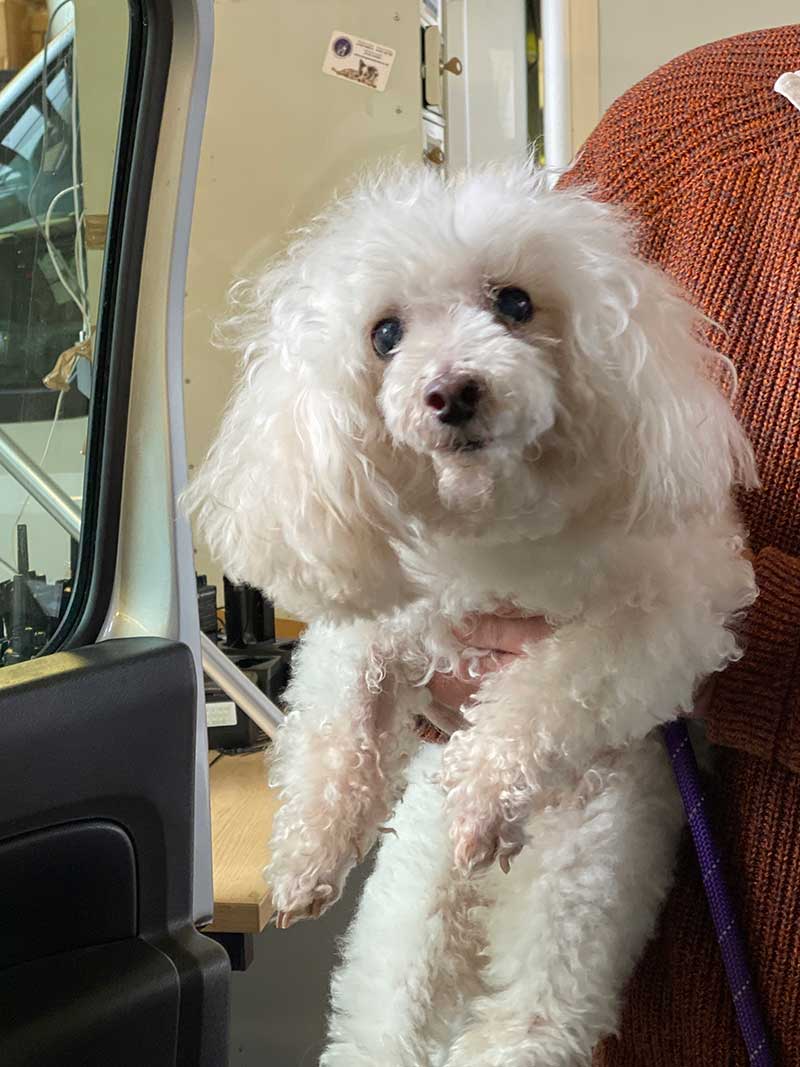 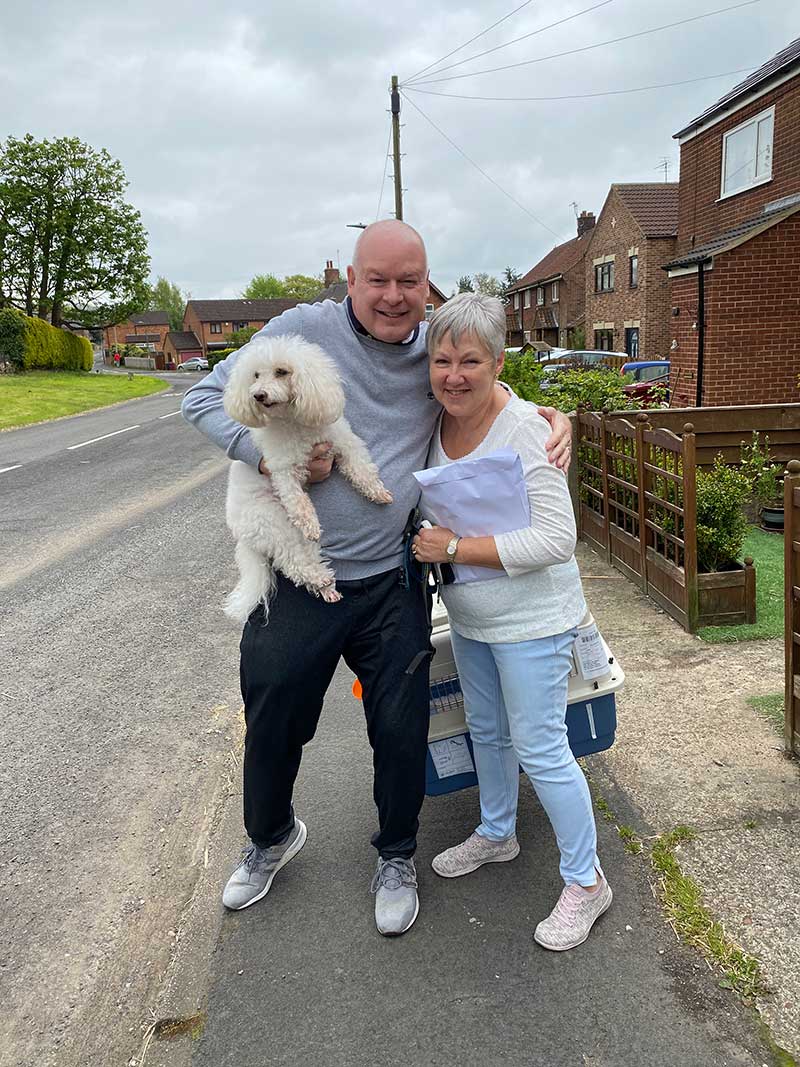 A warm welcome for Biscuit on a chilly day in Brigg 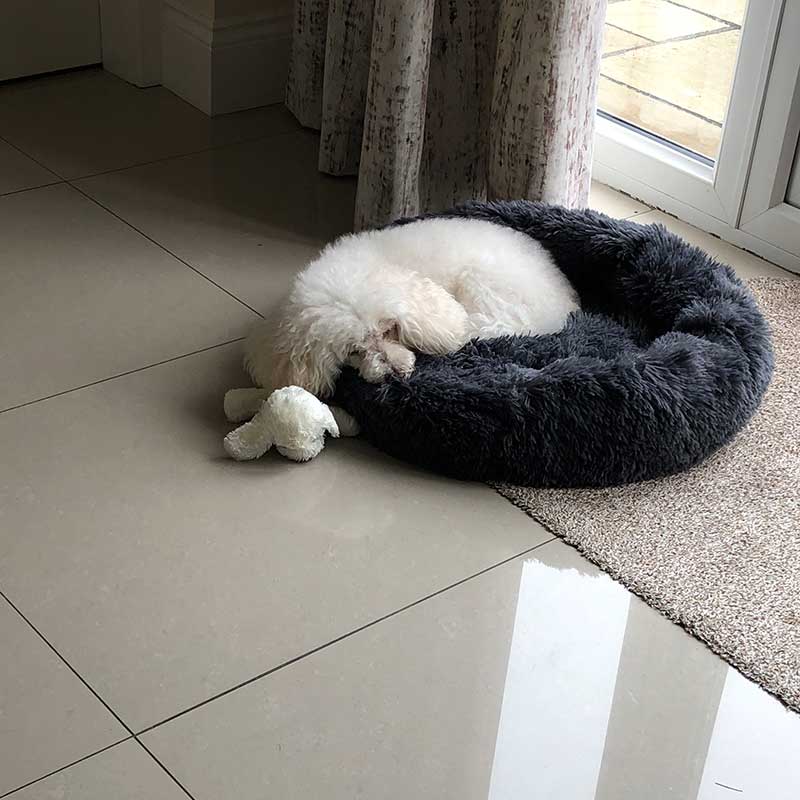 Biscuit happily settled in at home

Miles, a cat from Northern Cyprus to Yorkshire

Handsome tuxedo cat Miles has led a peripatetic life. His previous owner, Walter, who lives on a boat, acquired Miles as a stray in Egypt. A few years ago, Walter and Miles upped anchor and sailed to the Turkish Republic of North Cyprus. But circumstances changed and Miles needed to find a new berth,

Fortunately, Clare, who’s had cats and dogs in the past, heard Miles’s story from a friend in her village, and offered him a new home. Delighted that Miles would have a happy new home, Walter arranged a Turkish Air flight via Istanbul for him with the help of Kyrenia Animal Rescue (KAR).

We collected Miles on his arrival at London Heathrow and drove him to his new home with Clare in Yorkshire, where he has four acres to explore. There’s also a river so he’ll still be near the water! 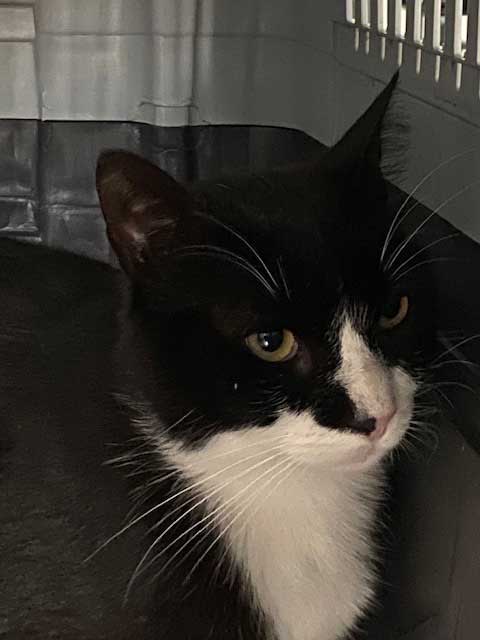 Leo, a dog from the UK to the Cayman Islands

You may remember Leo, a Rhodesian Ridgeback waiting to fly to the Cayman Islands. His trip was delayed because he was struggling to pass his rabies blood test. His sister Ruby, who belongs to another family in Cayman, managed to pass hers and flew out ahead of Leo.

The good news is Leo finally got the right test result! But there were still a few challenges with his journey. He was booked to fly with BA to Cayman but he had to make way for a consignment of Covid vaccines being flown to the islands.

Determined to ensure the reunion was delayed no longer, we came up with a different route. So Leo flew to Miami, where Jack from Peace of Mind Pet Shipping looked after him overnight. The next day, Jack checked Leo in for a flight with IBC to Cayman, where Aimee of Must Love Dogs took care of his arrival. 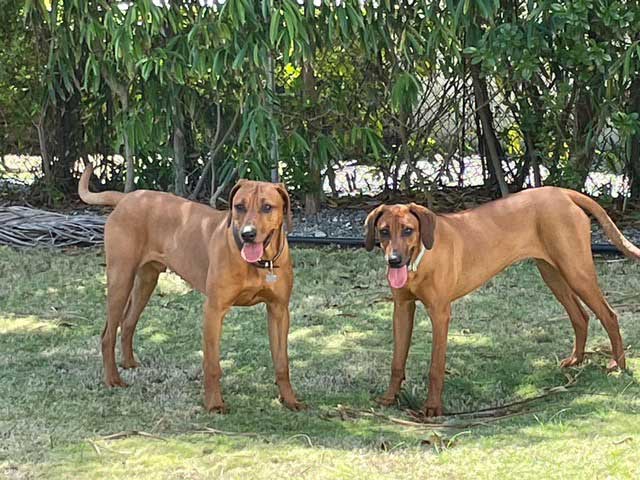 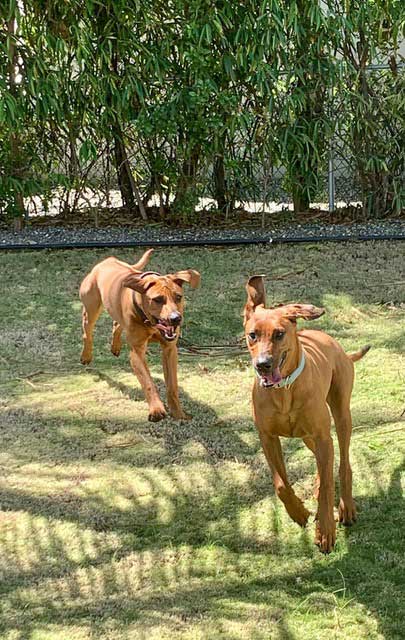 These two can really move! 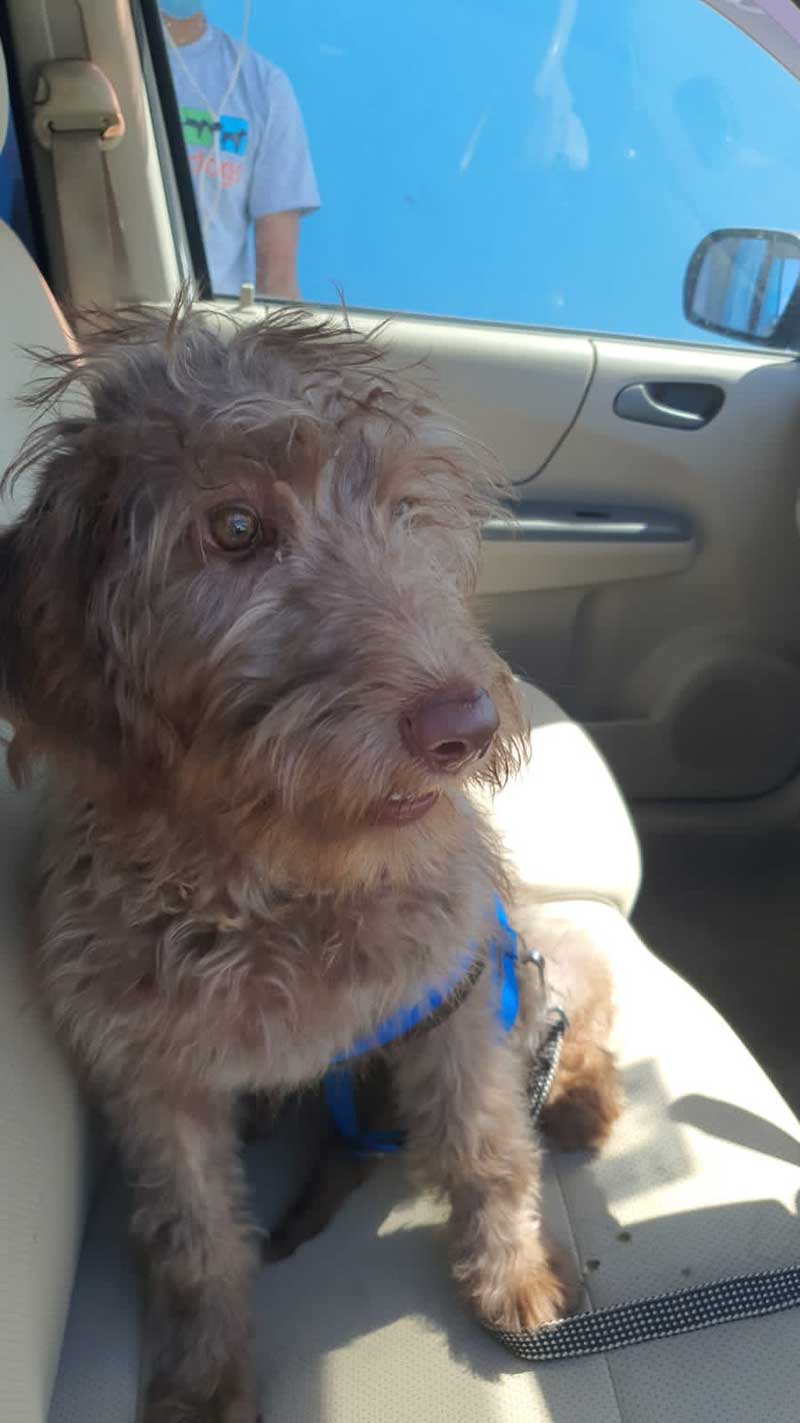 Josie, a lovely Labradoodle made the same trip alongside Leo

Bobbi, a puppy from the Scottish Borders to Bermuda

We collected cute little pup Bobbi in Eyemouth for his flight to Bermuda.

Bobbi was bred in a caring family setting, exactly the environment we love to see puppies come from. Everyone turned out to say goodbye and wish him safe travels. 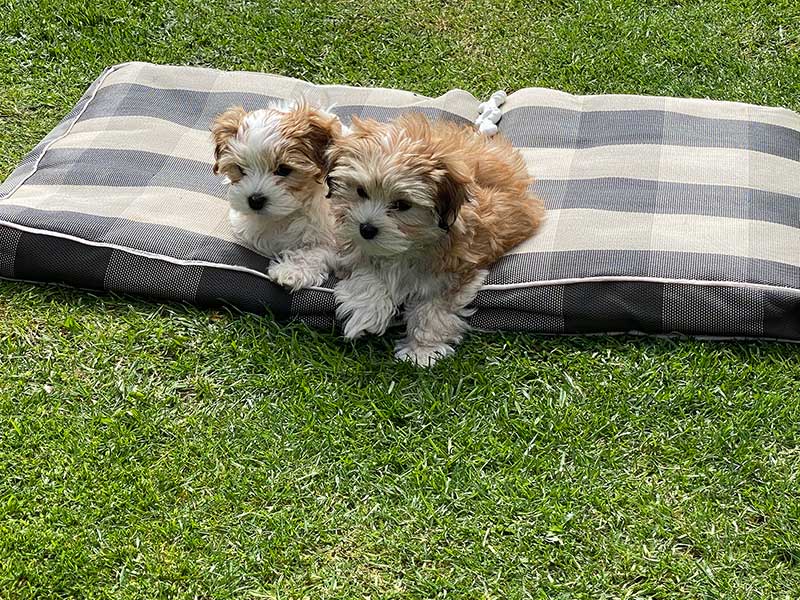 Bobbi on the right, with a littermate 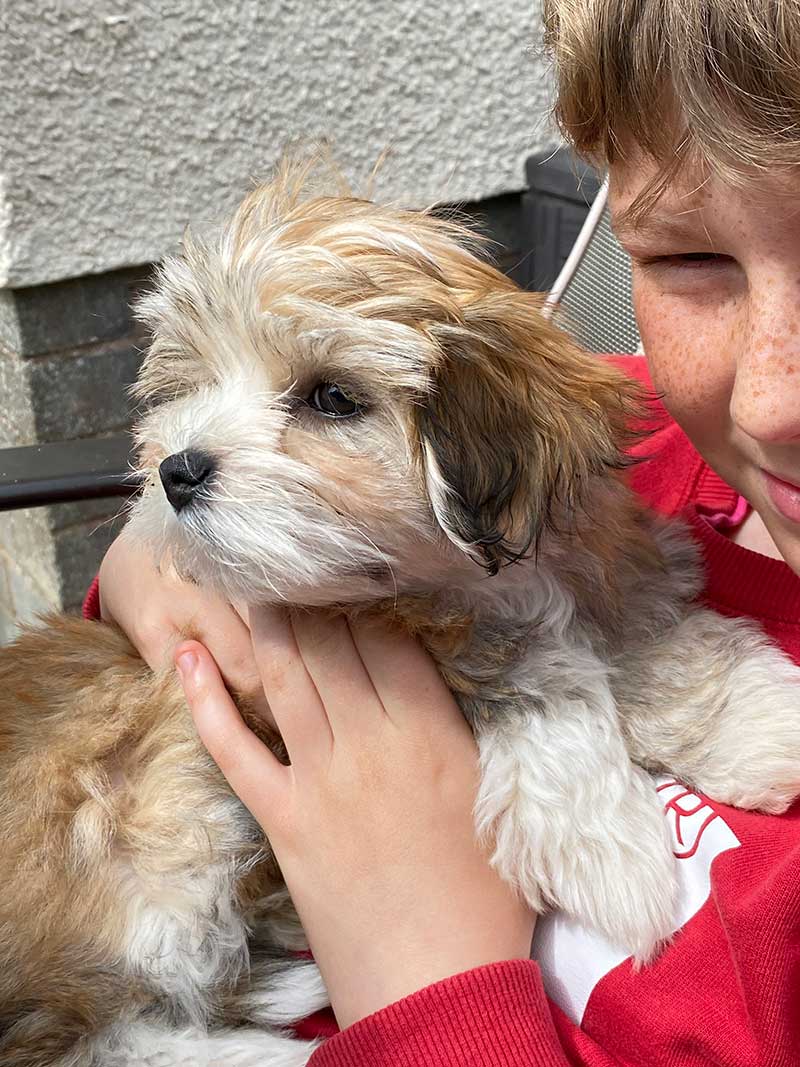 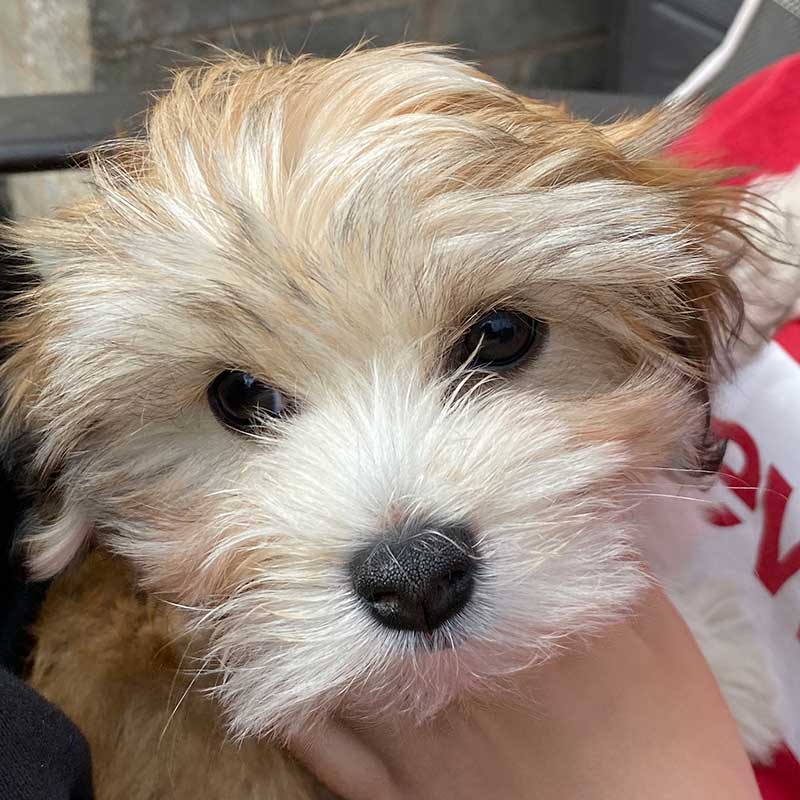