We helped two Maine Coon cats swap Los Angeles for Orkney. Owner Lis started to organise their move from Sacramento to Scotland last June. But the pandemic made it a stop-start process. The cats, Ike and Little Red, were booked to travel more than once, and each time their flights were cancelled.

Lis made her move from the US to Orkney in November. In early January, we started working with her in another attempt to organise her cats’ journey.

Finally, after two postponements, Ike and Little Red touched down at London Heathrow in March. Animalcouriers collected them at the airport and whisked them up to Scotland to rejoin Lis at their new home in the village of St Margaret’s Hope, on the island of South Ronaldsay. 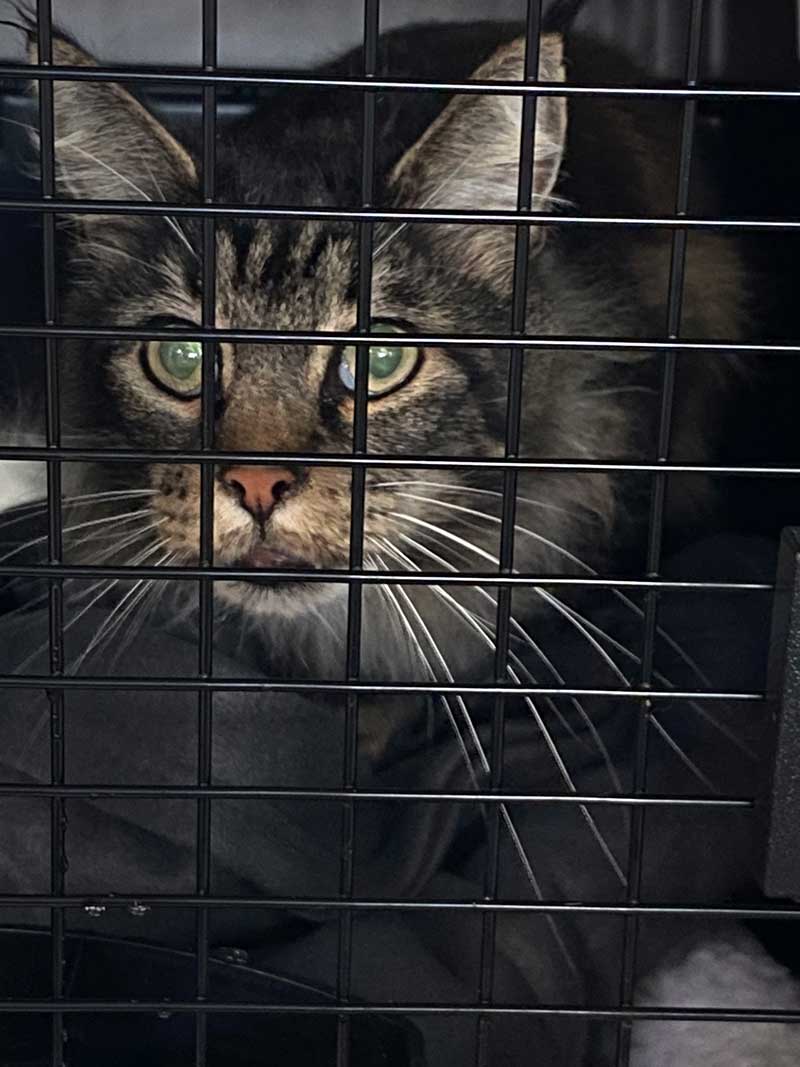 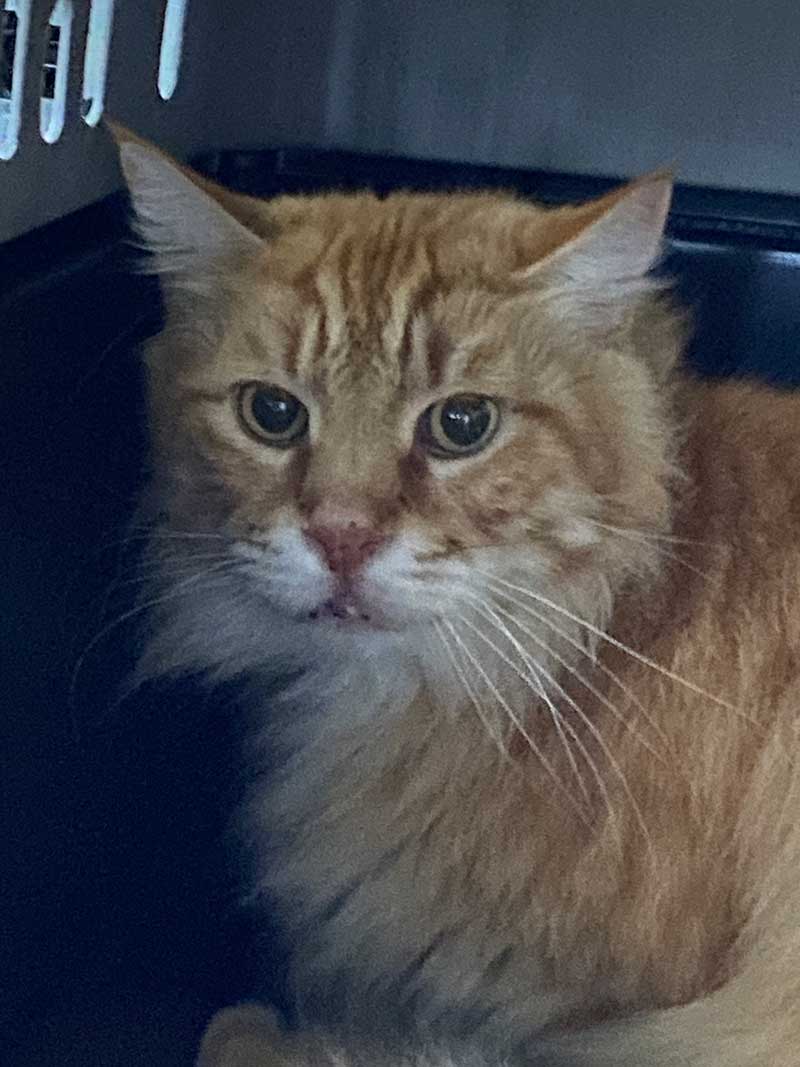 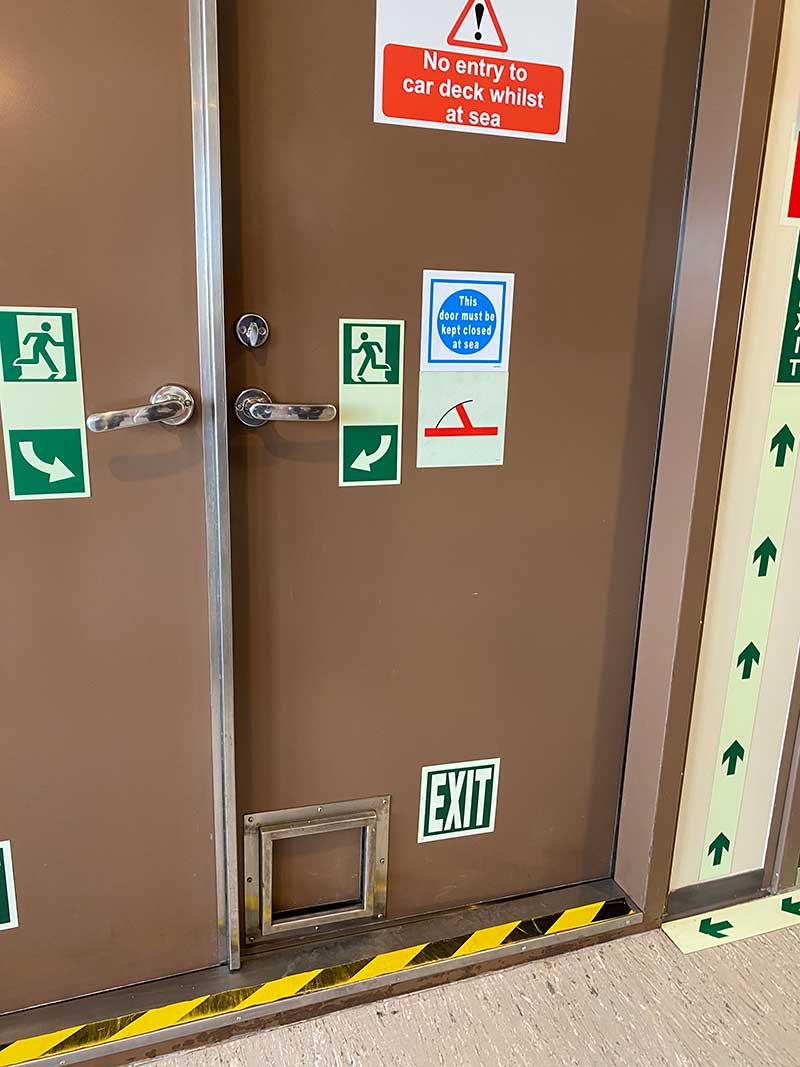 Spotted on the ferry — a cat flap for the ship’s cat to go in and out of the cafe! 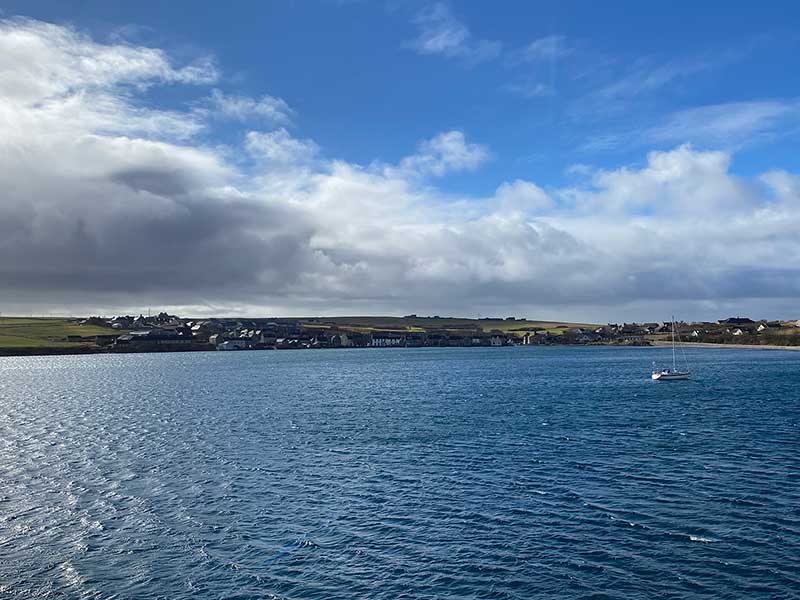 A glorious view as we reached St Margaret’s Hope by ferry from the Scottish mainland. Ike and Little Red’s new home is in the row of houses on the seafront. So Lis was keeping an eye out, watching for our arrival.