Courier Richard made a couple of recent trips to Paris Charles de Gaulle airport to collect channel hopping pets and their owners.

Ayla, a dog from Brazil to East Sussex via Paris CDG

Brazilian beauty Ayla is an enchanting Pomeranian, who travelled with her owners Stefania and Rodriguez at the end of January.

The family had a long journey, starting with a four-hour drive to the airport in Brazil for their flight to Paris. Courier Richard met them at CDG airport and brought them via Eurotunnel to the UK, and their new home in East Sussex. 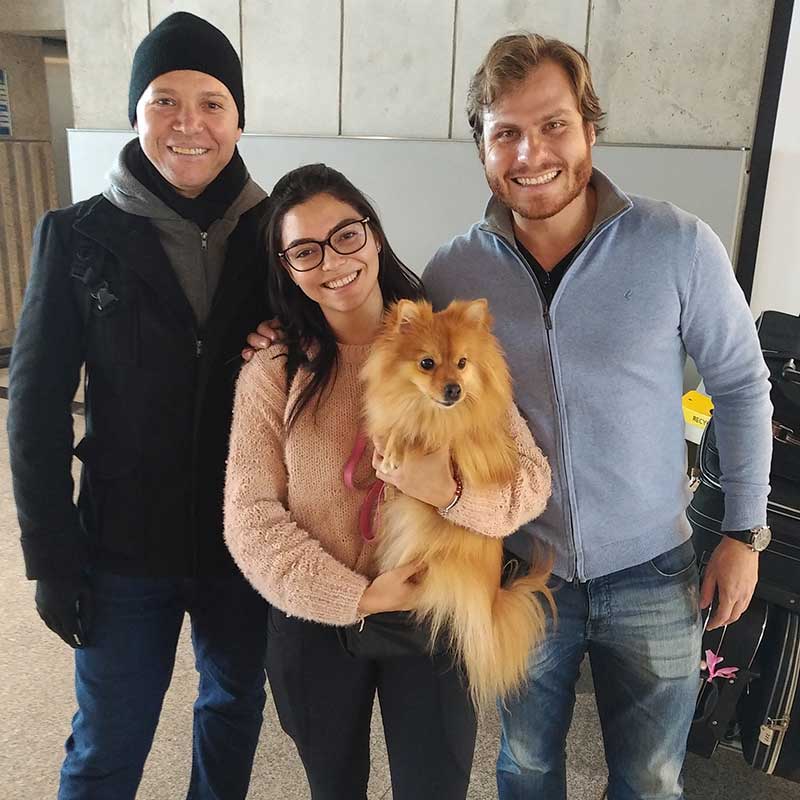 Stefania and Rodriguez (R) with Ayla. A good friend of theirs who lives in Paris popped by to say hello and stayed for the photo! 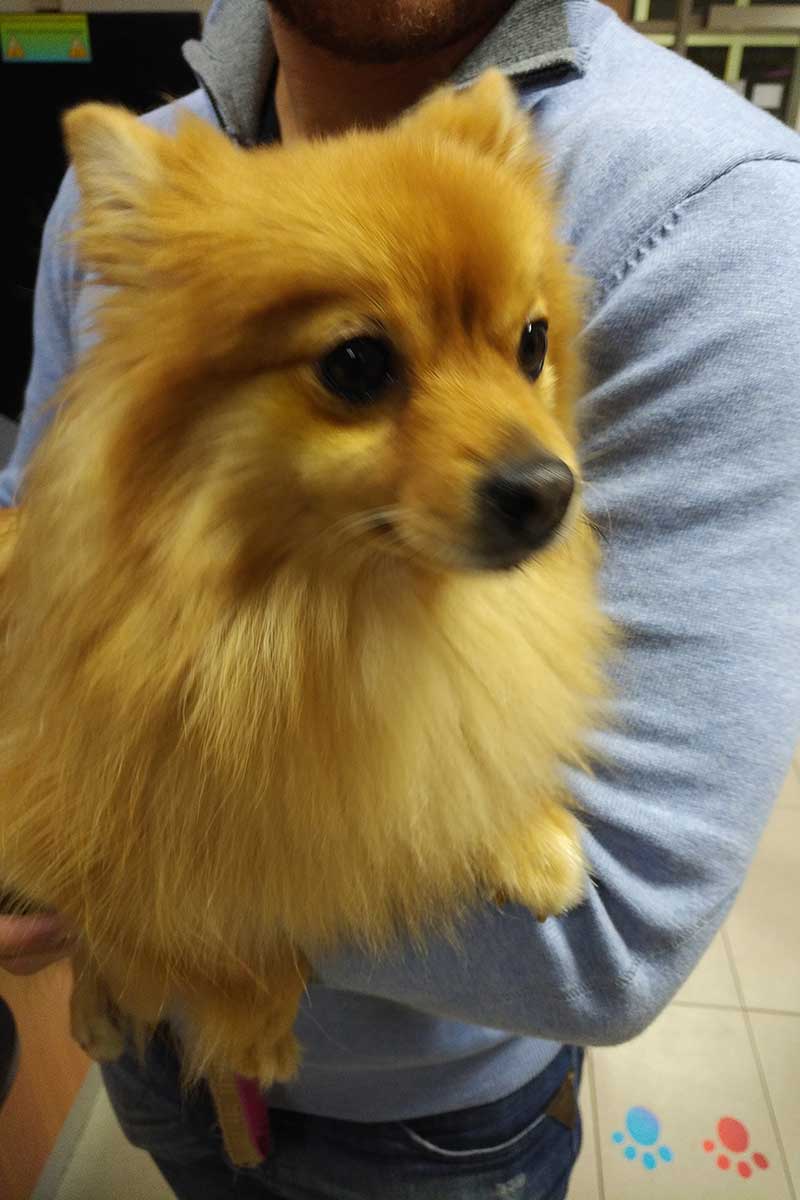 A closer look at the gorgeous girl herself

Lyra and Zaul, cats from Georgia to the UK via Paris CDG

Valentine’s day saw courier Richard back to Charles de Gaulle airport to meet David and his splendid cats, Lyra and Zaul, off their flight from Tbilisi, Georgia.

David works in the diplomatic service, so gets posted all over the world. He and his family are now in London for a while, and bringing their beloved cats to join them was the final piece of the puzzle. Lyra and Zaul hail originally from Turkey, where David rescued them from the streets; and they’ve become quite seasoned travellers since then.

The flight was somewhat stressful for David, as a cat carrier fastening gave way, so he had to grip the door tightly closed throughout the five-hour flight. You can imagine his relief when he saw the secure, spacious bedroom for Lyra and Zaul in our van. While the cats enjoyed stretching their legs, David took the opportunity to stretch his cramped fingers!

“Thank you so much for getting Lyra, Zaul and myself home. The service was outstanding — all your advice, your quick communication, your great website (including easy payment page) made a complicated process as easy it could be. My biggest thanks to Richard for not only getting us home but making it a very enjoyable experience for all 3 of us! I will recommend you to everyone I know.” 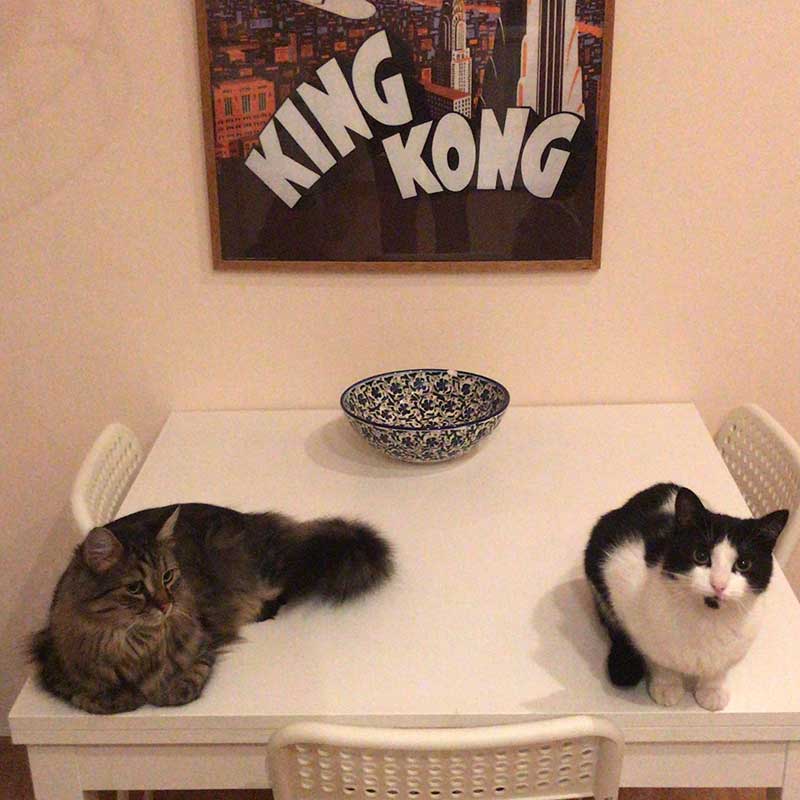 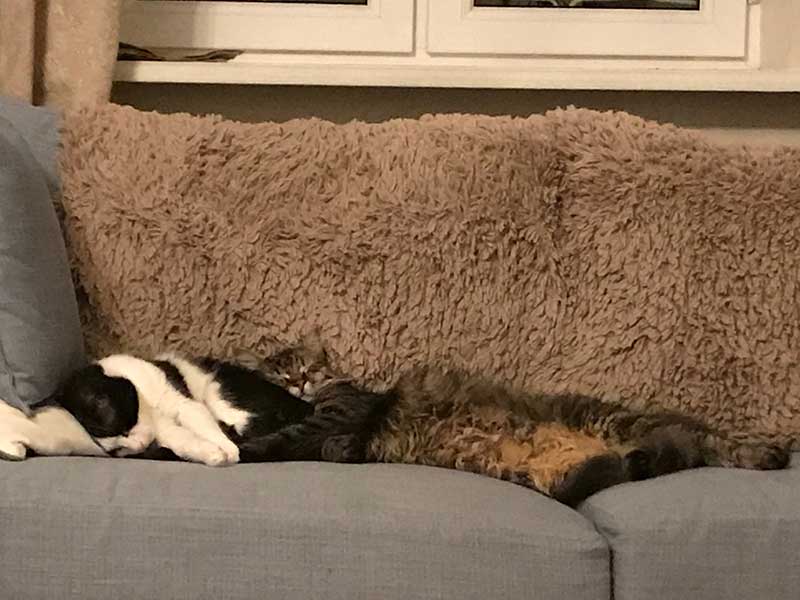 A very relaxed and bonded pair of cats