New year trips to Paris, the south of France and Amsterdam

Our couriers have been on the road already this new year, with trips to Paris, the south of France and Amsterdam.

Fidji , a dog from London to Paris

Darling Jack Russell Terrier Fidji is a regular passenger with Animalcouriers as she splits her time between London and Paris. She’s so familiar with the routine, she jumps into our van and settles down straight away. Then, at Calais, she leads us through Pet Reception on our way to board the Eurotunnel. We suspect she could make the journey by herself if only she could drive! 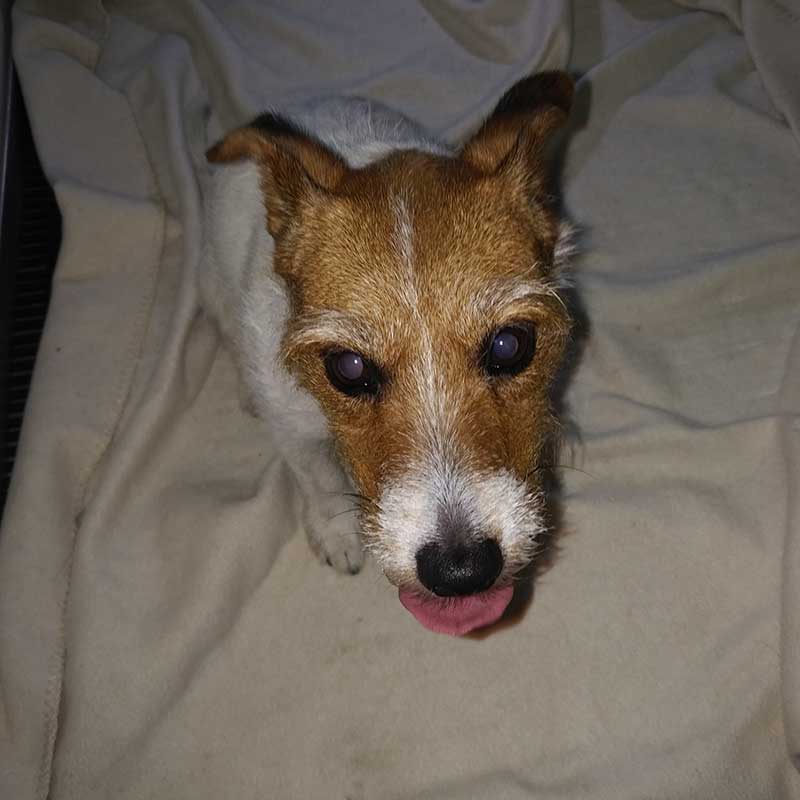 Tallulah, a cat from Calais to Suffolk

On the way back from delivering Fidji to her Paris home, courier Richard stopped in Calais to collect Tallulah, a very well mannered puss. This beautiful girl was on her way to the UK with her owners, when it was discovered that her passport wasn’t yet valid, as her rabies vaccination was a bit too recent. So she had a short stay at a cattery until we swept her up and brought her to the UK.

Her owners picked her up from our Surrey base and drove her the rest of the way to her new Suffolk home. 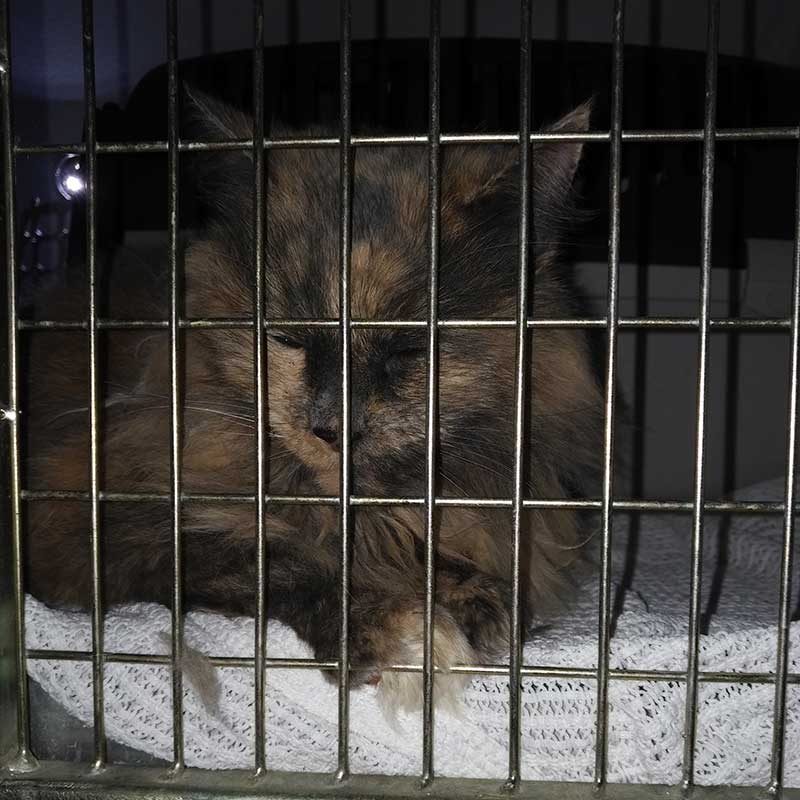 Parker, a dog from Southampton to Calais

Although we met dapper chap Parker in Southampton, his journey had started long before. Originally adopted in Mexico by Lisa and Skip, he’s been living with them in the US for the past six years. Now the time has come for the whole family to retire, and they’ve decided to make France their new home.

Lisa, Skip and Parker travelled in style from America, cruising their way across the Atlantic on board the Queen Mary 2. We were waiting to collect them when they docked at Southampton, and did a Channel hop with them via Eurotunnel to Calais. 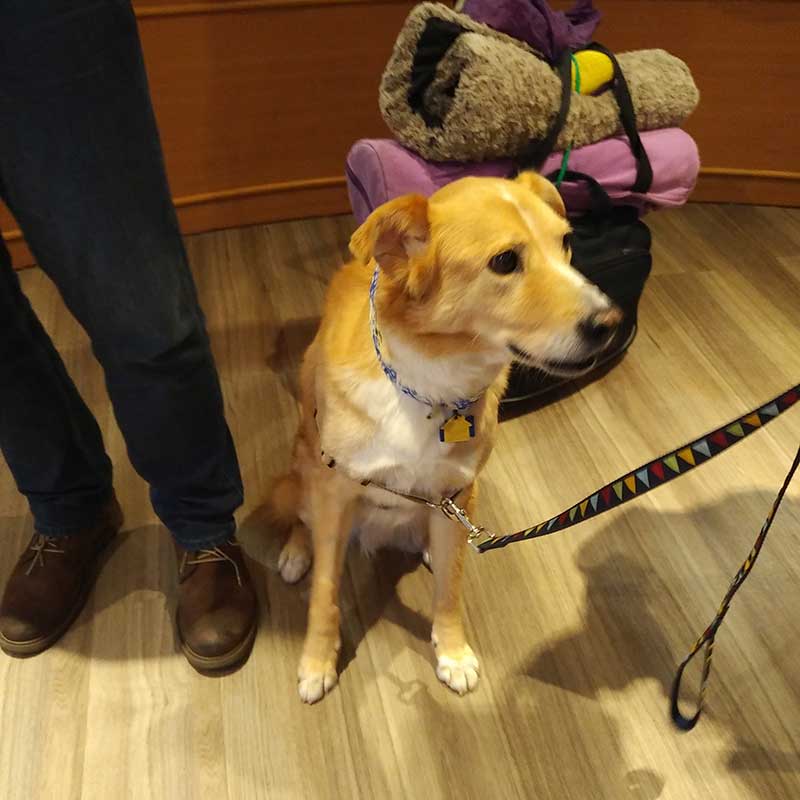 Coco, a dog from the UK to Aix en Provence

Cute Chihuahua Coco is probably one of our most frequent passengers, as she and owner Stacy split their time between London and the south of France. Following Christmas and  new year celebrations spend in London, it was time for Coco to travel back with us to Aix en Provence. 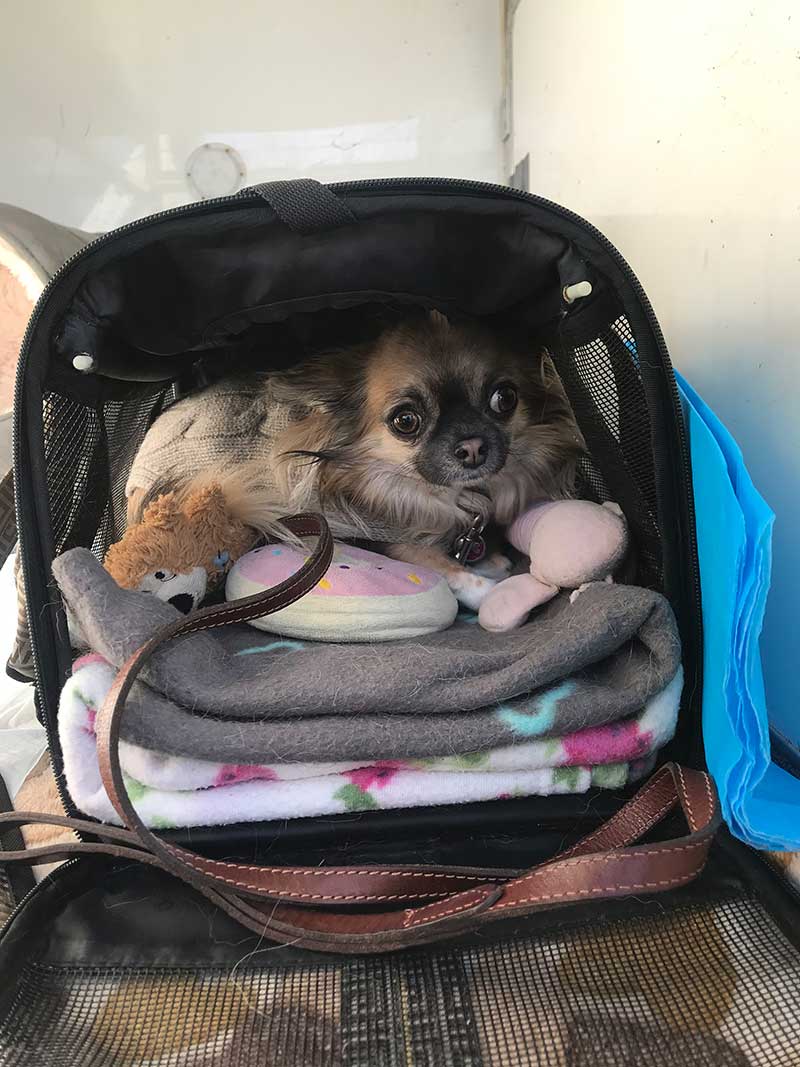 Coco snuggled up for the journey with her favourite toys

Peanut, a dog from Combloux to London

Another familiar face, adorable Peanut hopped on board in snowy Combloux, in the Haute Savoie, heading with us to London. 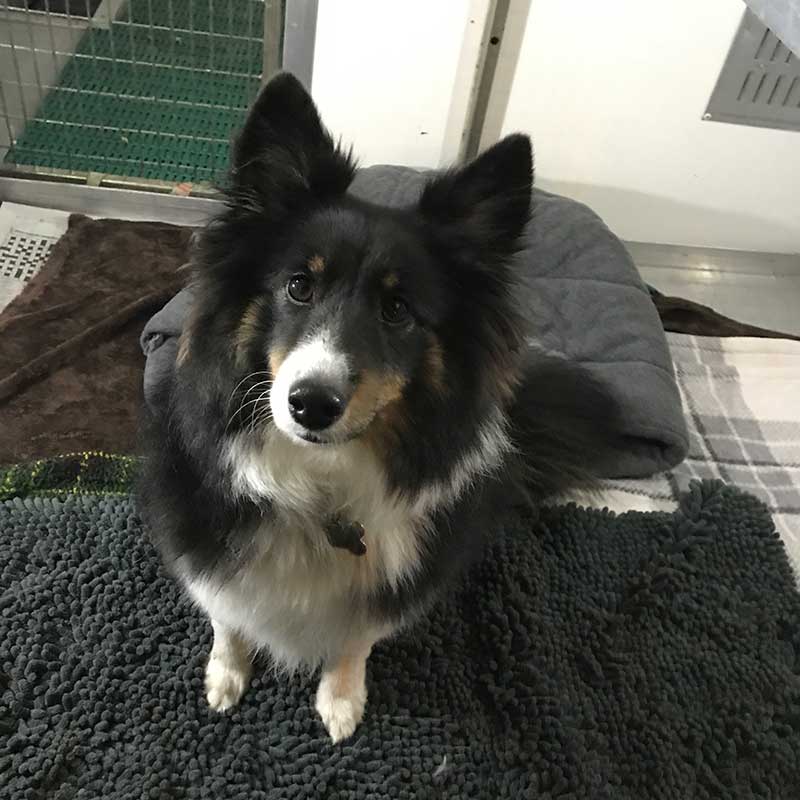 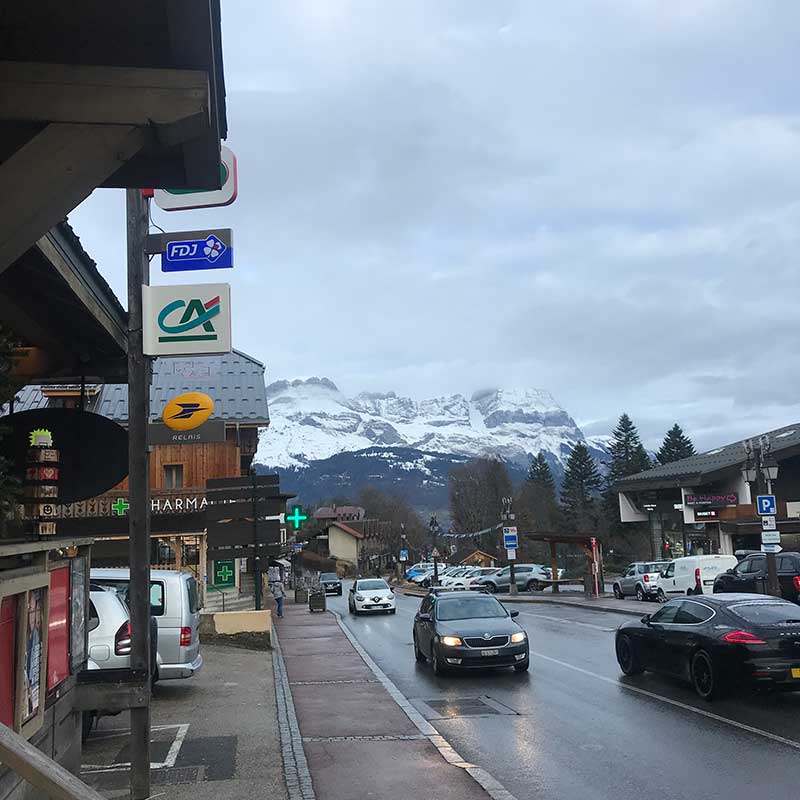 A glimpse of Combloux’ snowy peaks

Lola, a cat from Switzerland to Merseyside

Marie and Lester are moving from Cully, on the shores of Lake Geneva. Animalcouriers had the pleasure of transporting their beloved cat Lola to join them in Merseyside. 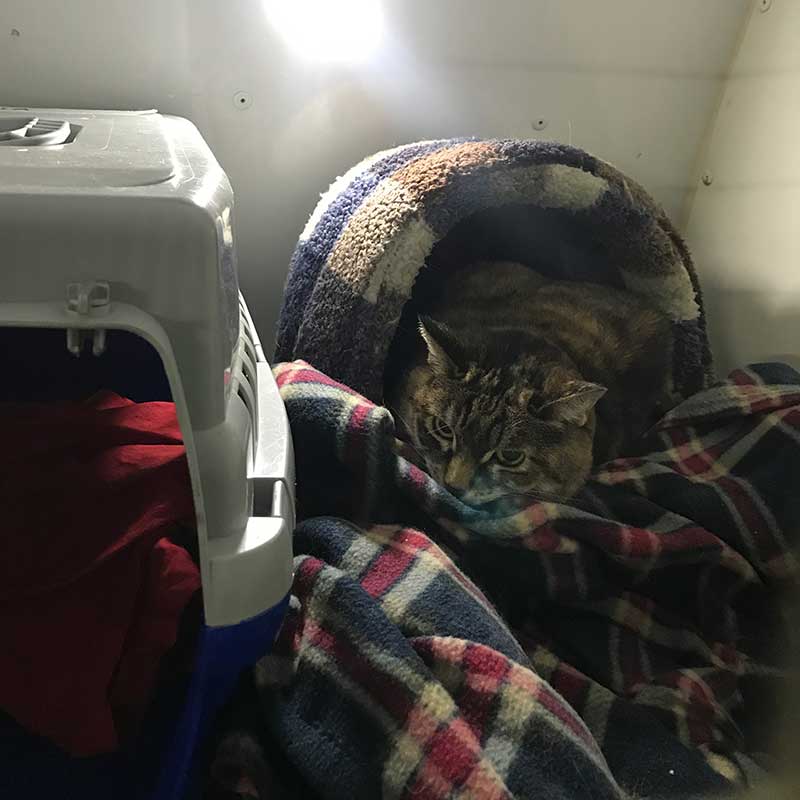 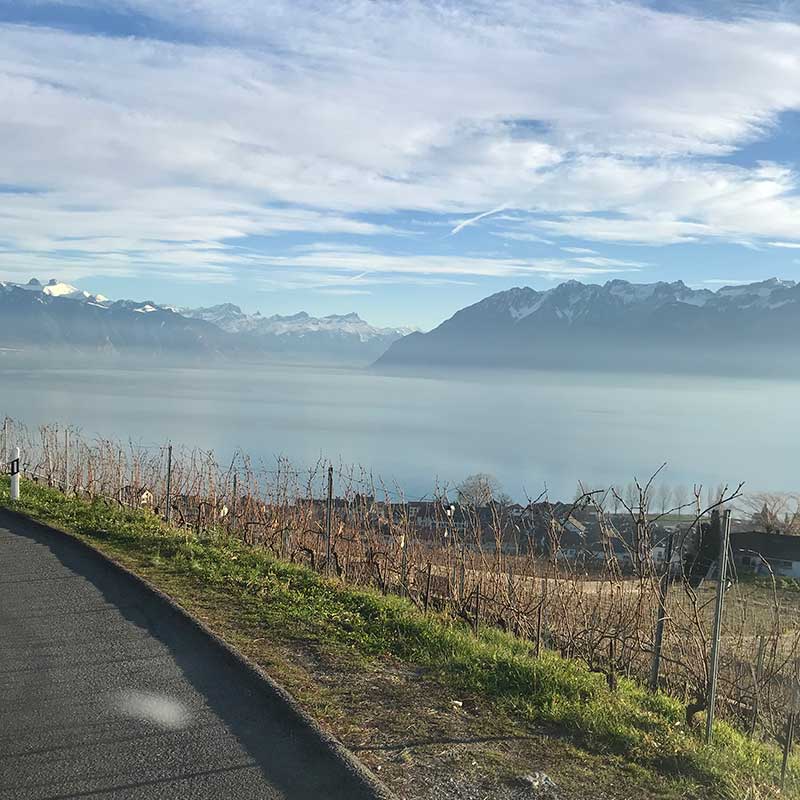 The view across Lake Geneva, where the shores are dotted with vineyards

Luna and Coco, dogs from Indonesia to Scotland via Amsterdam

Samantha and her husband adopted Saluki mixes Luna and Coco when they lived in Dubai, and the dogs accompanied them when they relocated to Bali. When the family decided to move to Scotland, they had to work out the best route for their darling girls.

The decision was for Luna and Coco to fly accompanied from Indonesia to Amsterdam. The paperwork is complex, and things were made even more complicated by some last-minute hitches, with amendments being made right up to 40 minutes before departure!

Animalcouriers arranged for Linda from Eagle Air to meet Luna and Coco when they landed in Amsterdam. She oversaw their handover to our courier Paul, who reported that they were happy and waggy tailed despite their long flight.

Courier Paul did a Channel hop with them to bring them into the UK and deliver them to a boarding kennels we had booked. There, they could relax after their long journey and enjoy a centrally heated environment. Warmth was quite important for them as they had flown in from temperatures of over 30C. The next day, it was an early start as Paul took them on the final leg of their journey to rejoin their family in Stirlingshire. 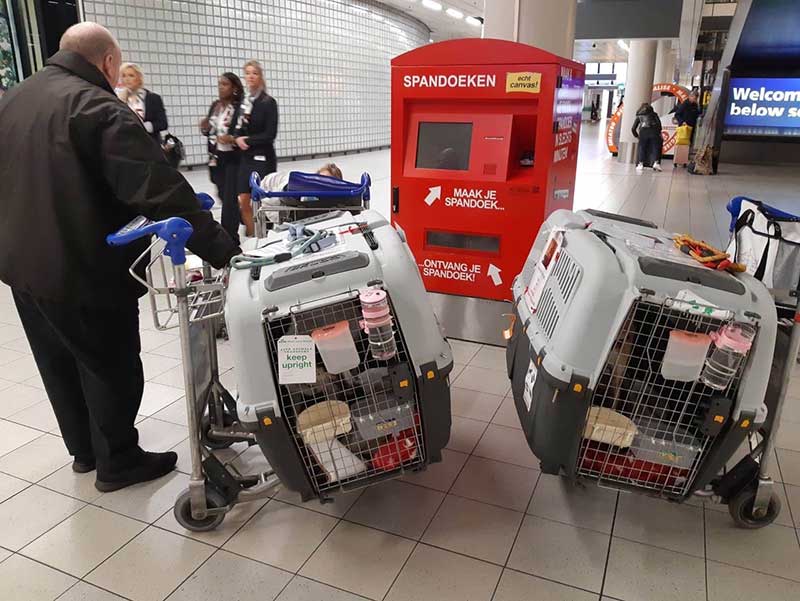 Courier Paul with Coco and Luna at Amsterdam’s Schiphol airport 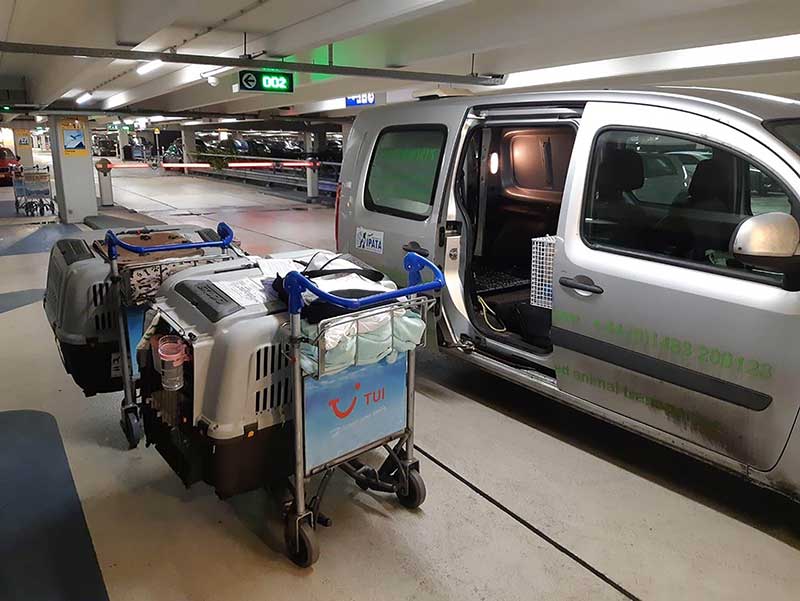 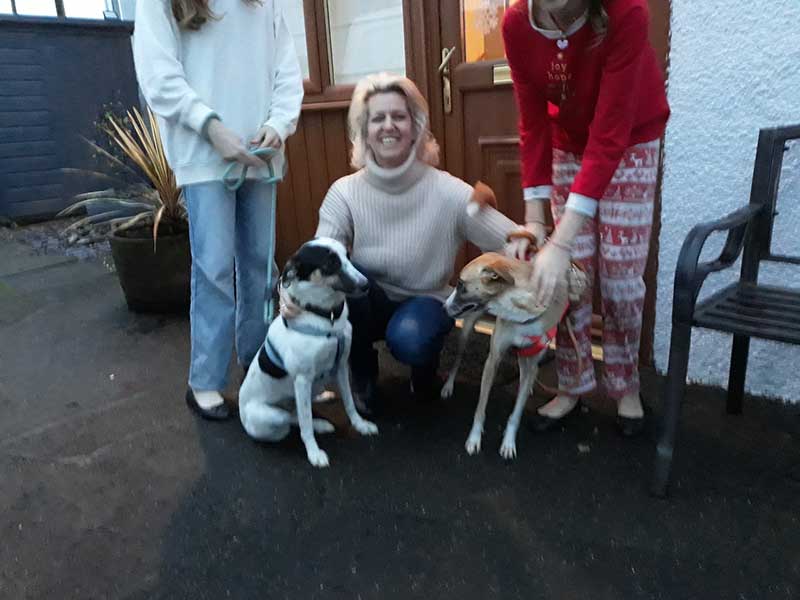