To Greece with a canary, and back to the UK with cats and dogs

Animalcouriers travelled to Greece with a canary, and back to the UK with cats and dogs, all of whom will be with their families in time for Christmas.

Paris, a canary from London to Greece

We were pleased to have little canary Paris on board for company during the journey from the UK to Greece. Paris, who hailed from London, was our only passenger — much to the amazement of the port officials during border inspections! 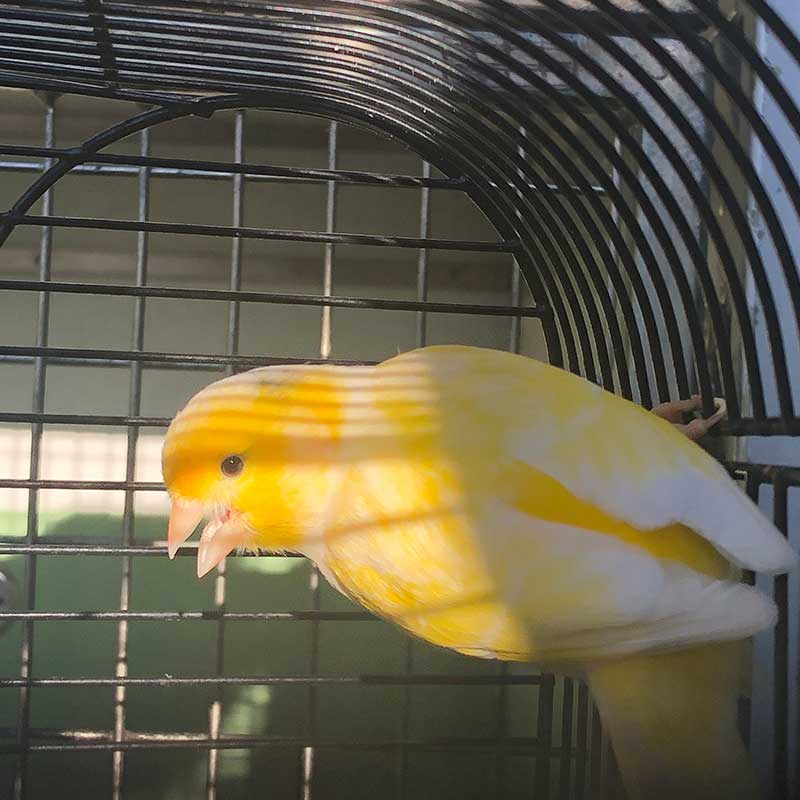 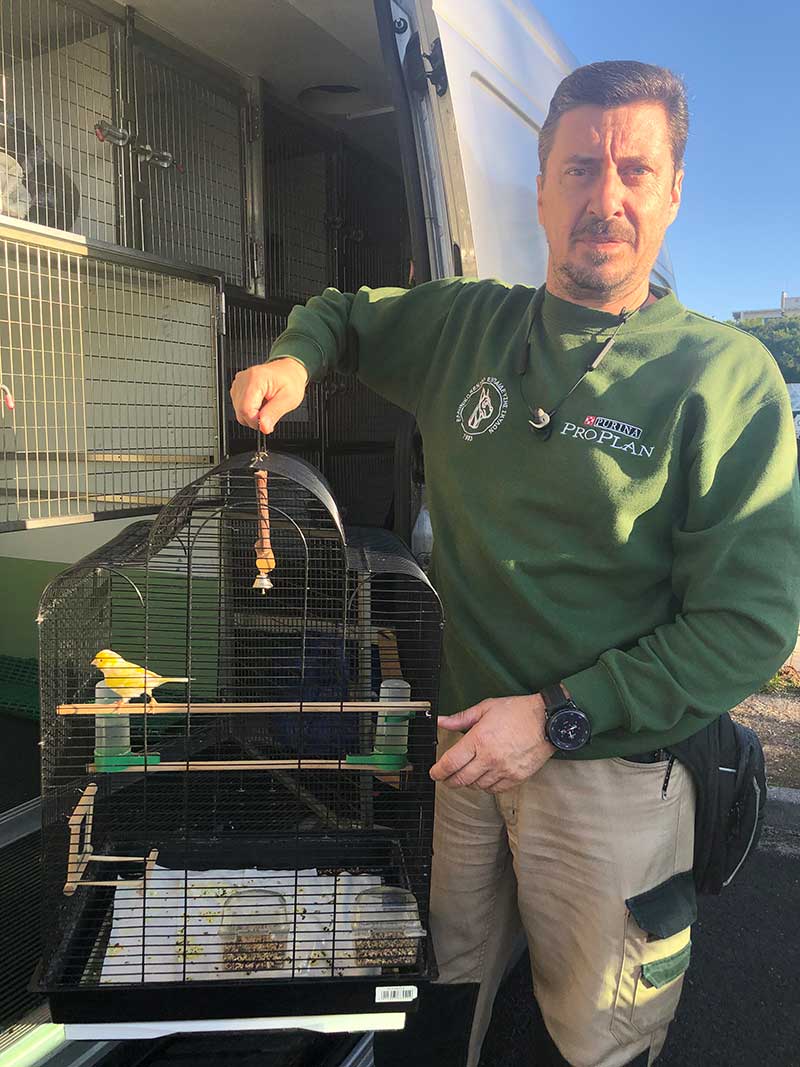 Stavros, a cat from Greece to Scotland

Beautiful black puss Stavros kept us entertained with his antics. Just six months old, he was particularly active when breakfasts and suppers were being prepared — reaching out to help with what seemed to be unusually long paws! Stavros travelled with us to join Kirsten in Inverness-shire. 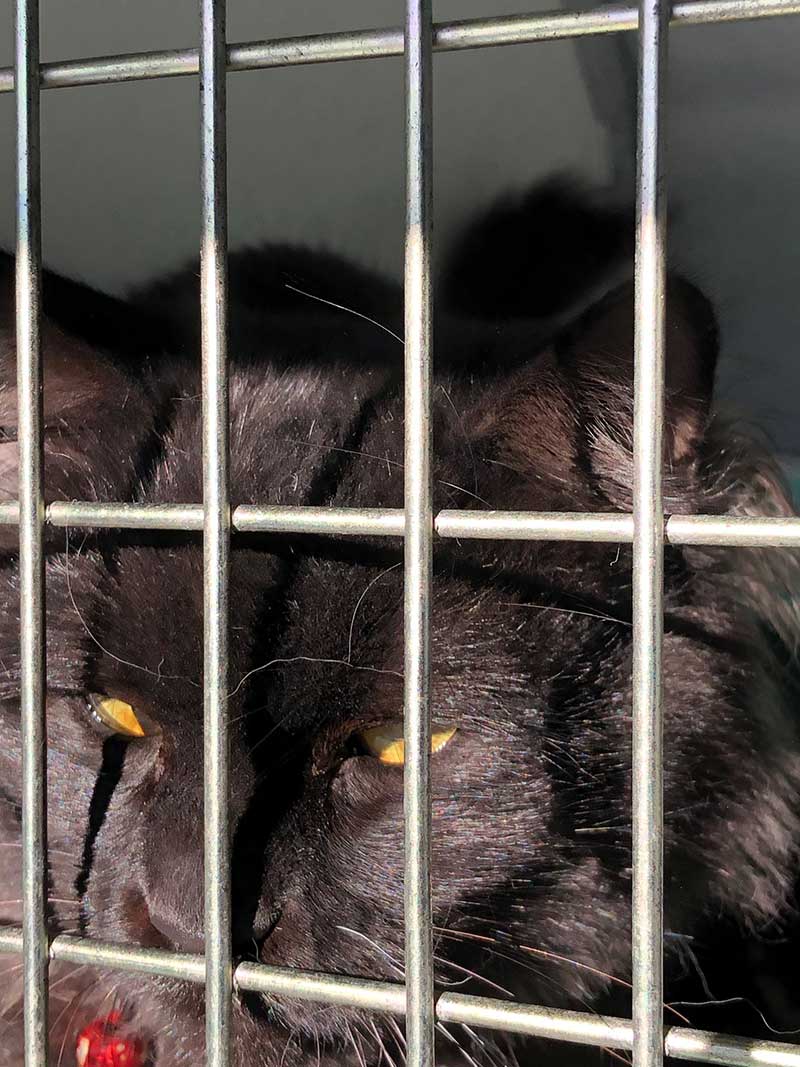 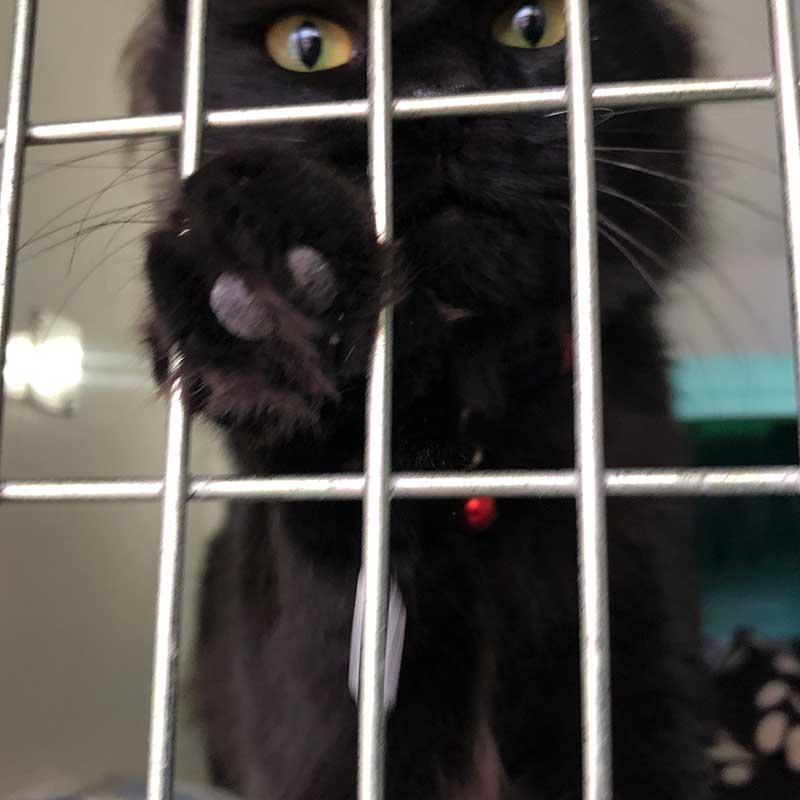 Friendly Stavros reaching out for a high five

Bertie, a Labrador from Crete to Suffolk

Venerable Bertie was the senior passenger on our trip. This stately gent used to live on Crete with owner Theresa, but both are now relocating to Ipswich in Suffolk. Bertie proved a calming influence on some of the young tearaways we had on board! 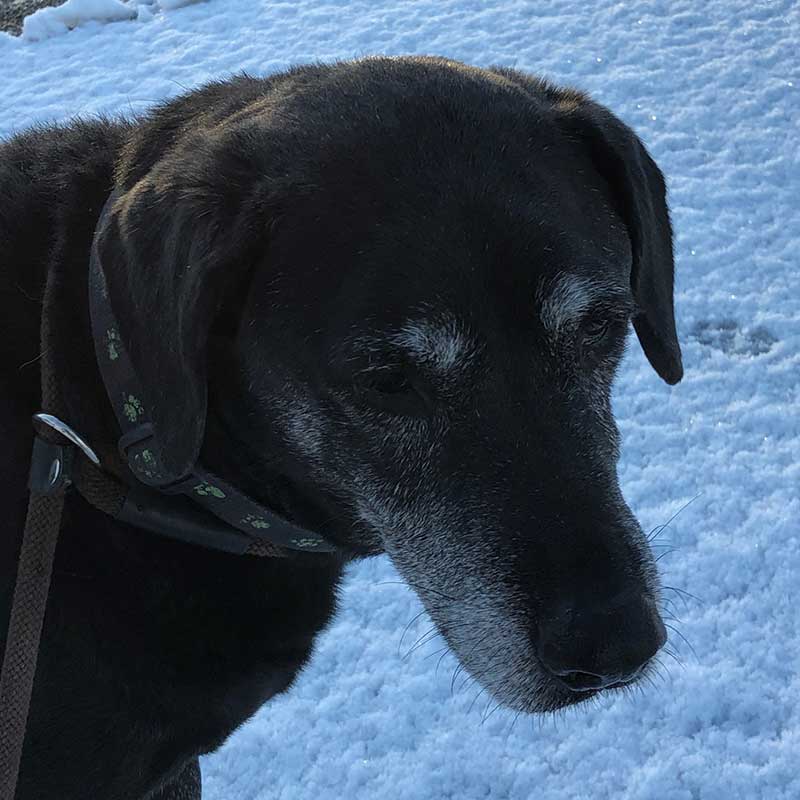 Despite his advancing years, Bertie loves a brisk walk and taking in new sights and smells

Clyde, a dog from Crete to Clydebank

Handsome Samoyed Clyde also travelled from the Greek island of Crete. This joyous bundle of fur and fun enjoyed dragging courier Glenn hither and thither on his walks. Clyde travelled with us to rejoin owner Jeff in Scotland. 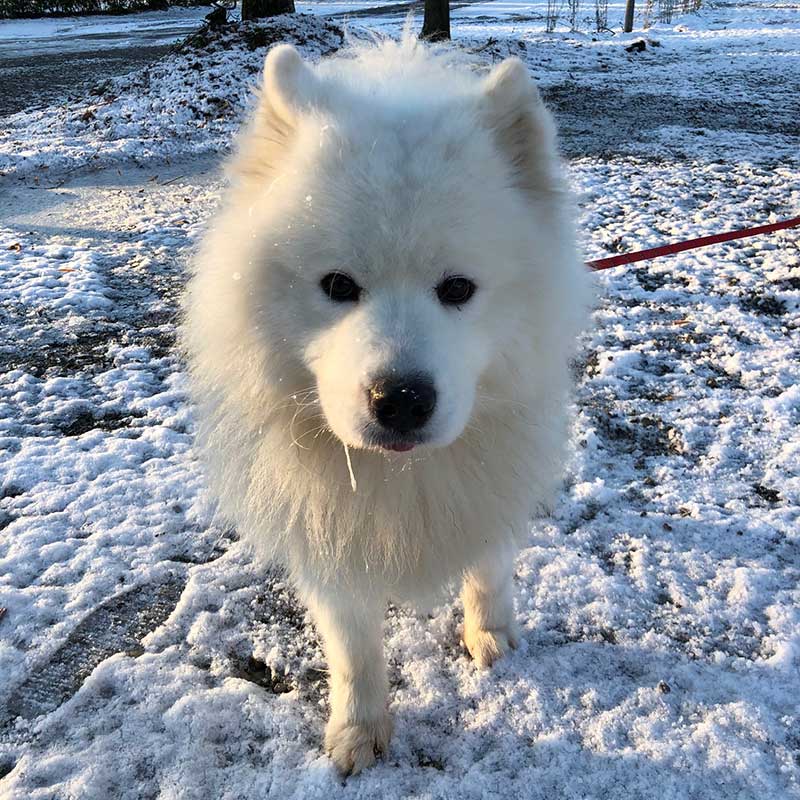 Hercules, a dog from Greece to Lancashire

Little Hercules is a mighty character. He’s great fun and very friendly with people and other dogs. He was adopted by Georgie while she was working in Greece, and now he’s on his way to rejoin her in Lancashire. Georgie tells us that Hercules was in quite a poor state when she found him, as he’s been shot twice (he still has a slight limp). He’s repaid Georgie’s care and kindness by becoming a lovely little dog. 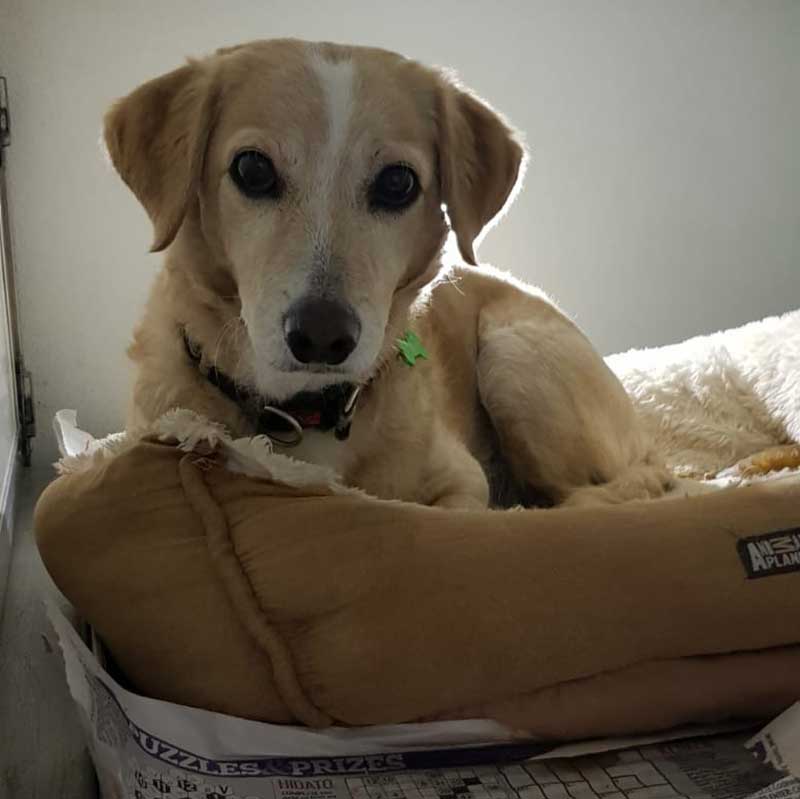 Hercules tucked up in our van 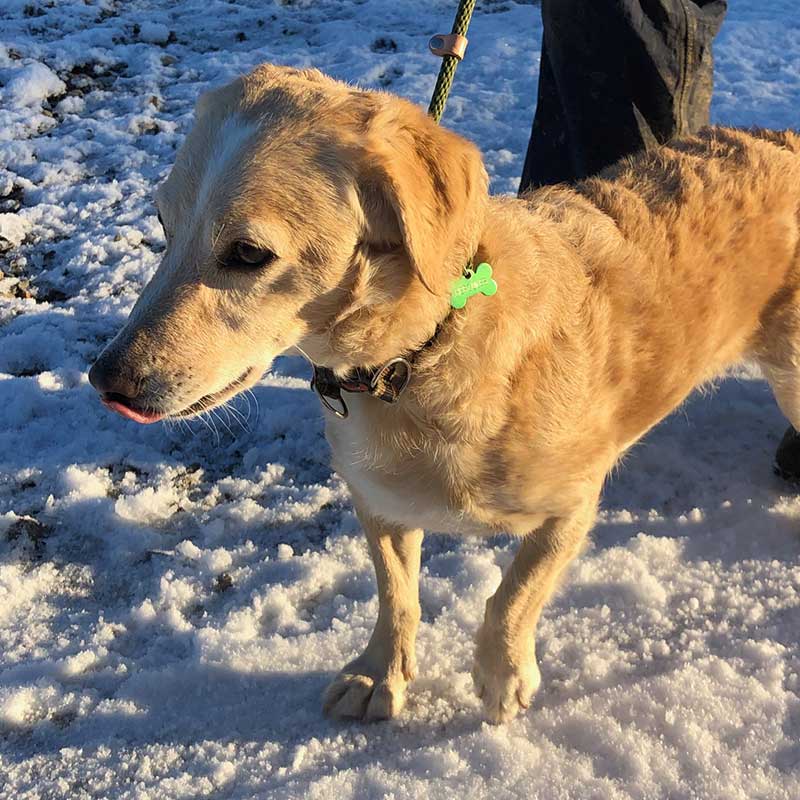 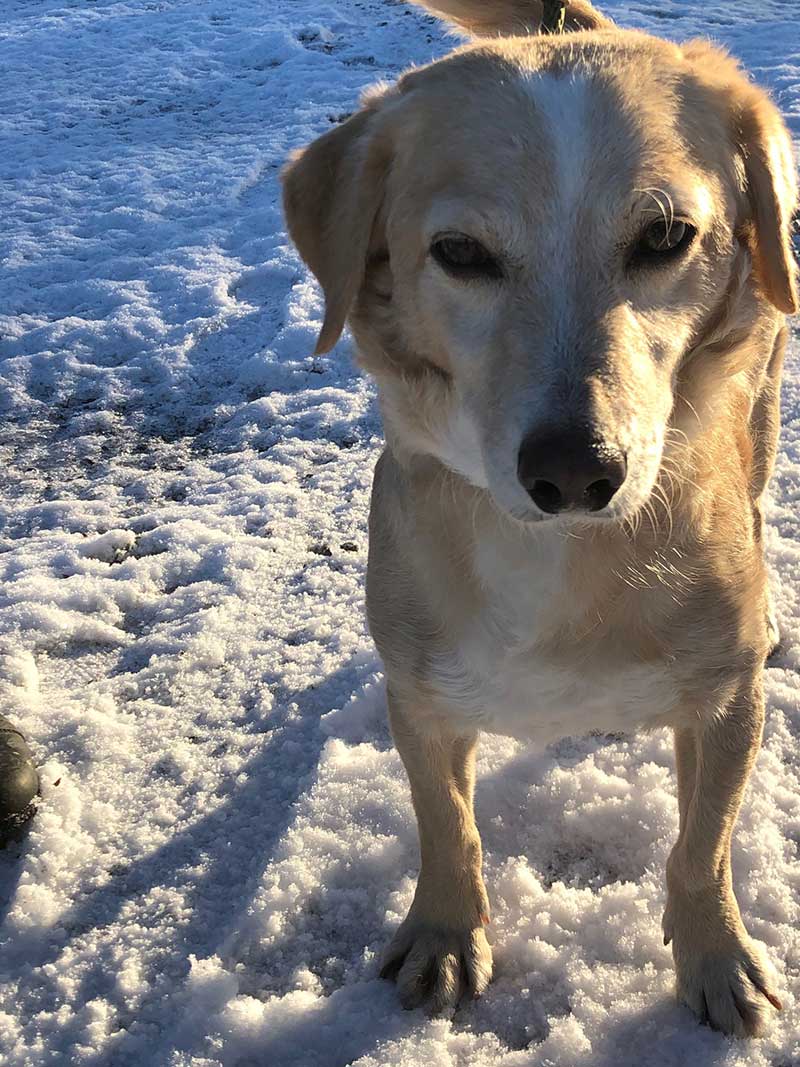 Hercules turns his intelligent gaze on us

Loki, a cat from Athens to Gloucestershire

Dear little Loki was lucky enough to be found by Andrea in Athens. He was in poor condition, thin and unwell, and with one missing and one damaged eye. Andrea took him home with her and nursed him back to health, but unfortunately his remaining eye couldn’t be saved. Now this friendly chap has been adopted by Mary in Gloucestershire, and travelled with us to join her at his new home. 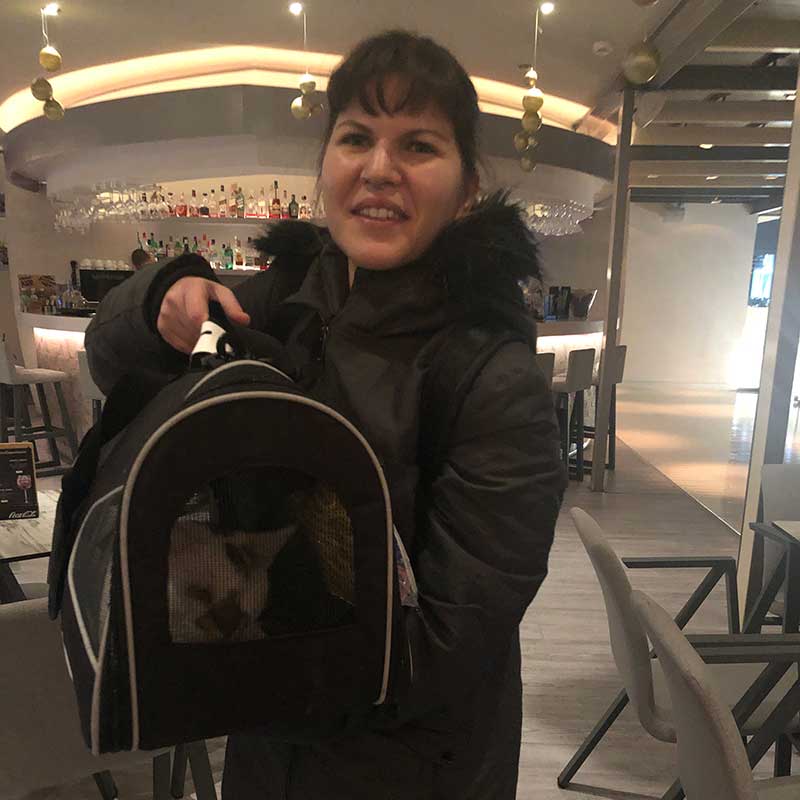 Loki arriving with his saviour, Andrea 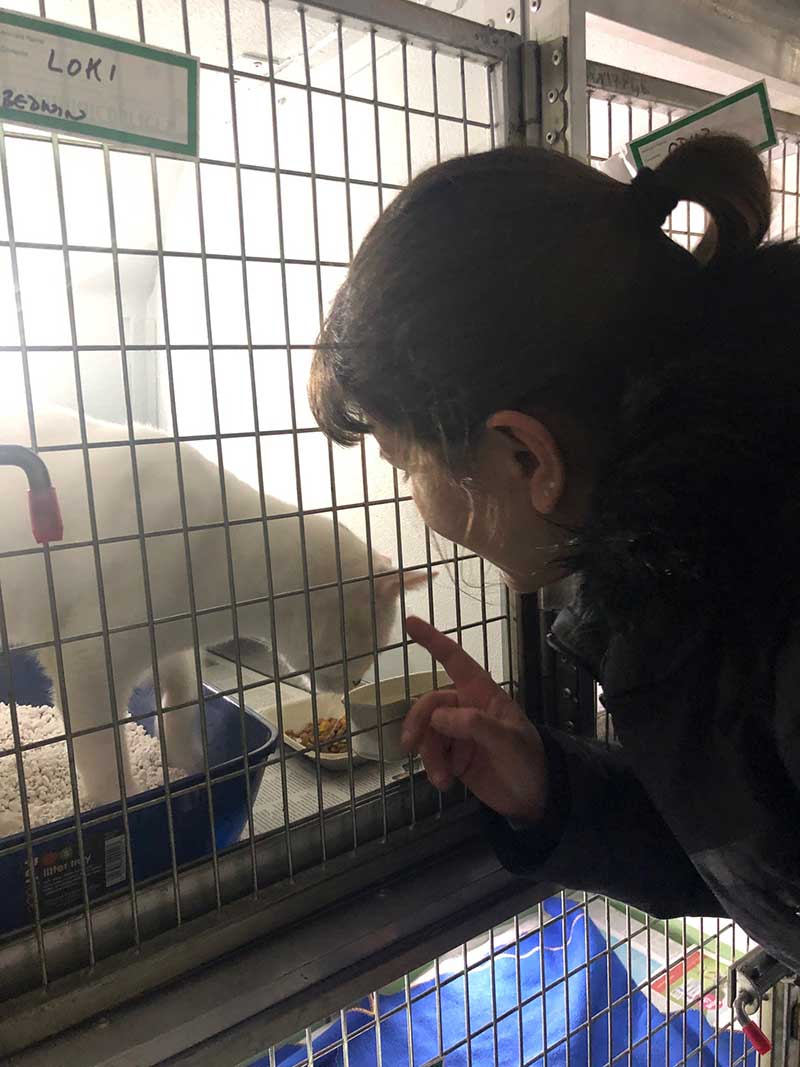 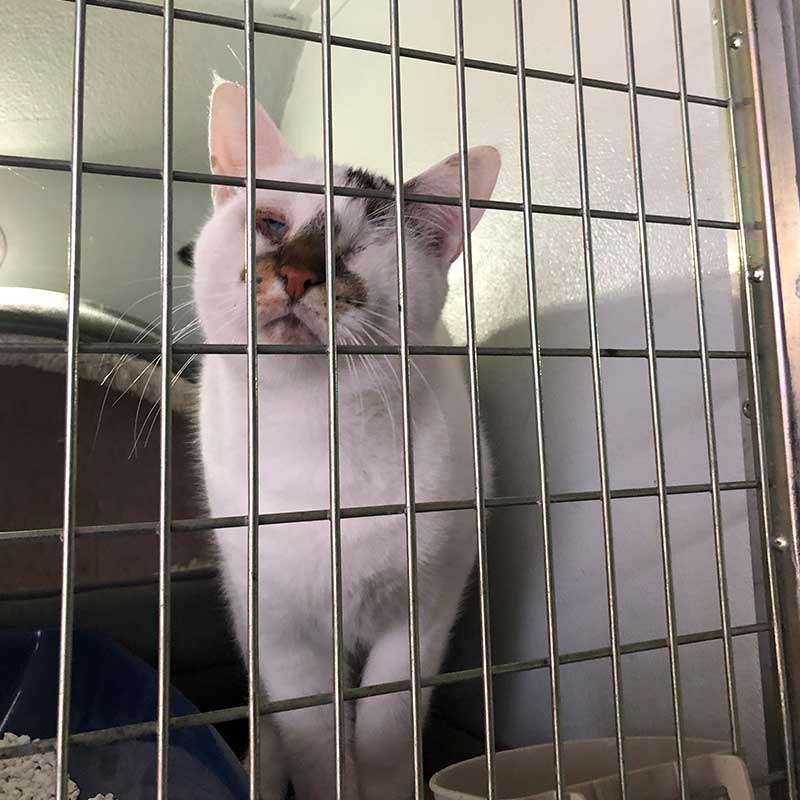 Loki settled in to his bedroom for the journey

Bono, a dog from Greece to London

Cocker Spaniel Bono belongs to Maria, who’s relocated from Athens to London. Maria’s parents have been taking care of Bono in the meantime, and were on hand to see him off. Bono is a gorgeous character and we can quite understand why they were rather sad to see him leave. 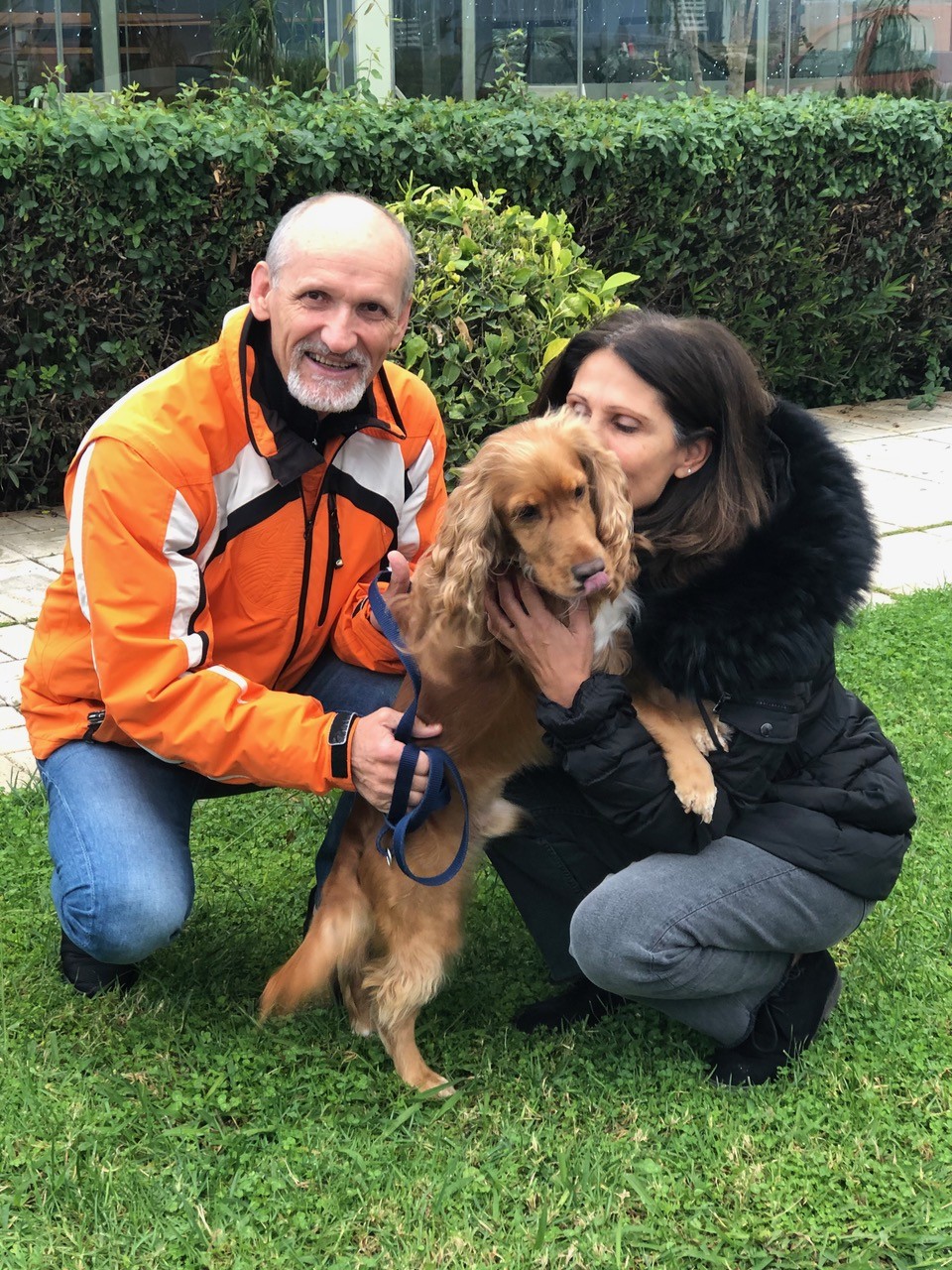 A loving goodbye for Bono from his grandparents 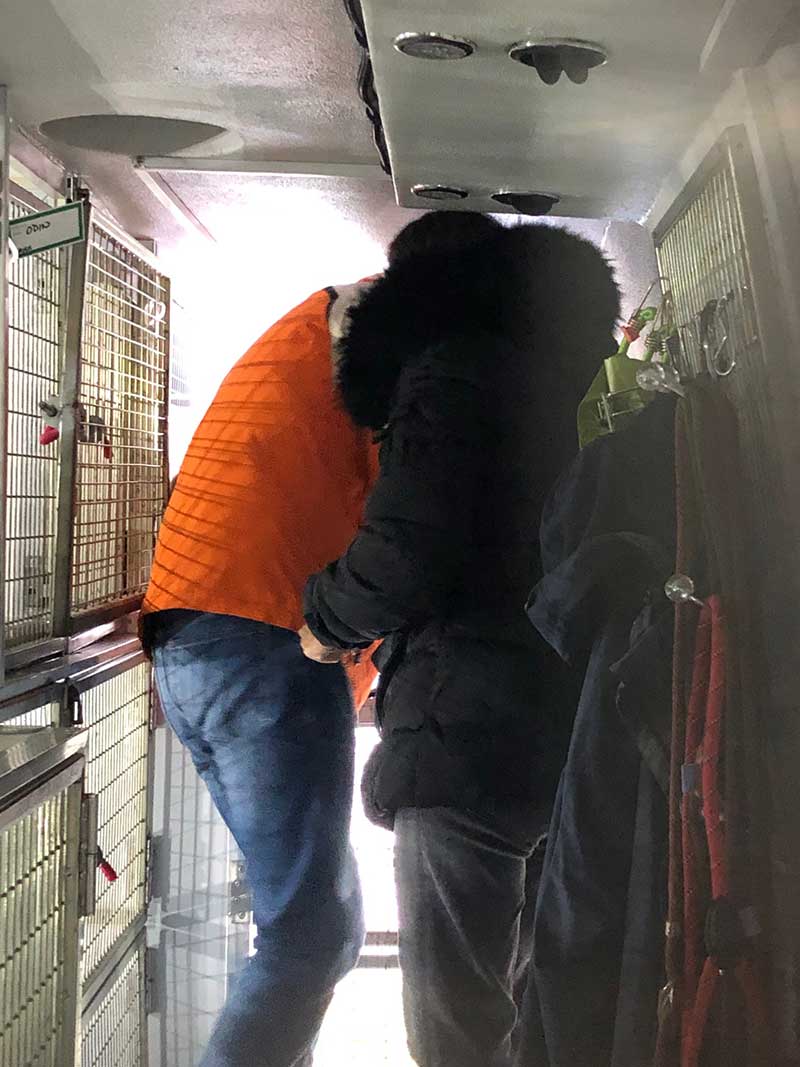 They made sure Bono was all settled in for the trip 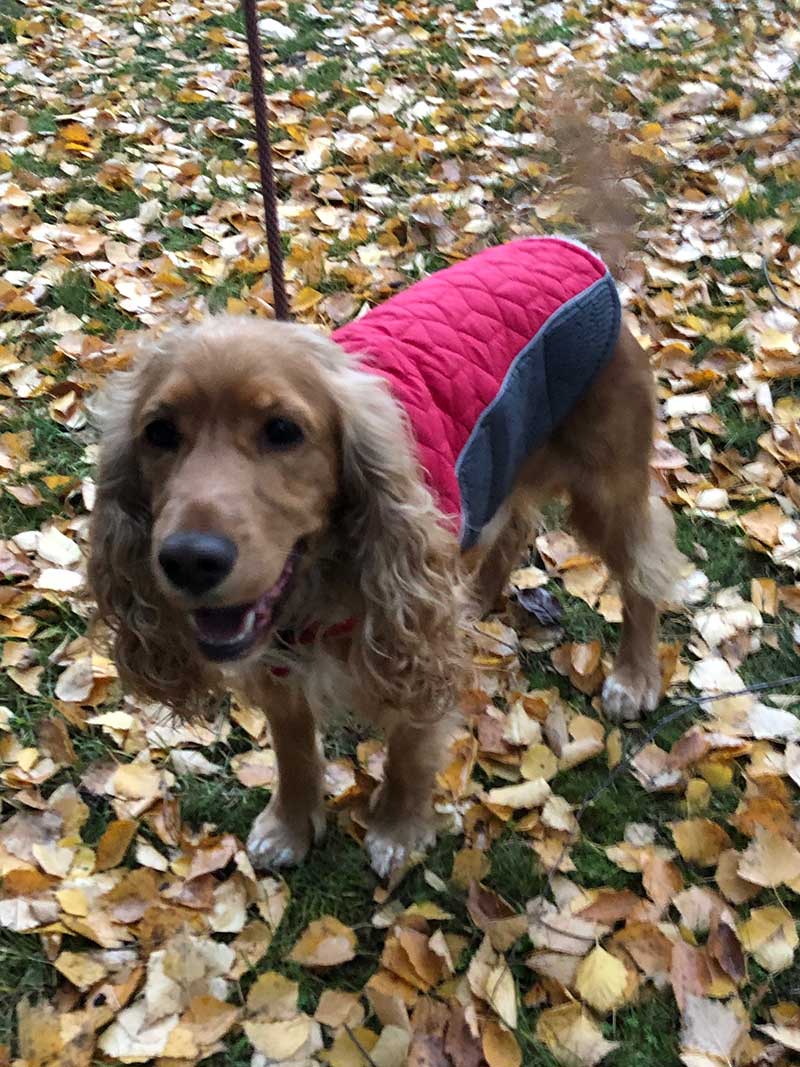 Dixie, a cat from Athens to London

Dixie combined a fine set of whiskers with splendid markings. She’s a strong personality who loves her food! She travelled with us to rejoin Vasiliki, who has moved from Athens to London for work. 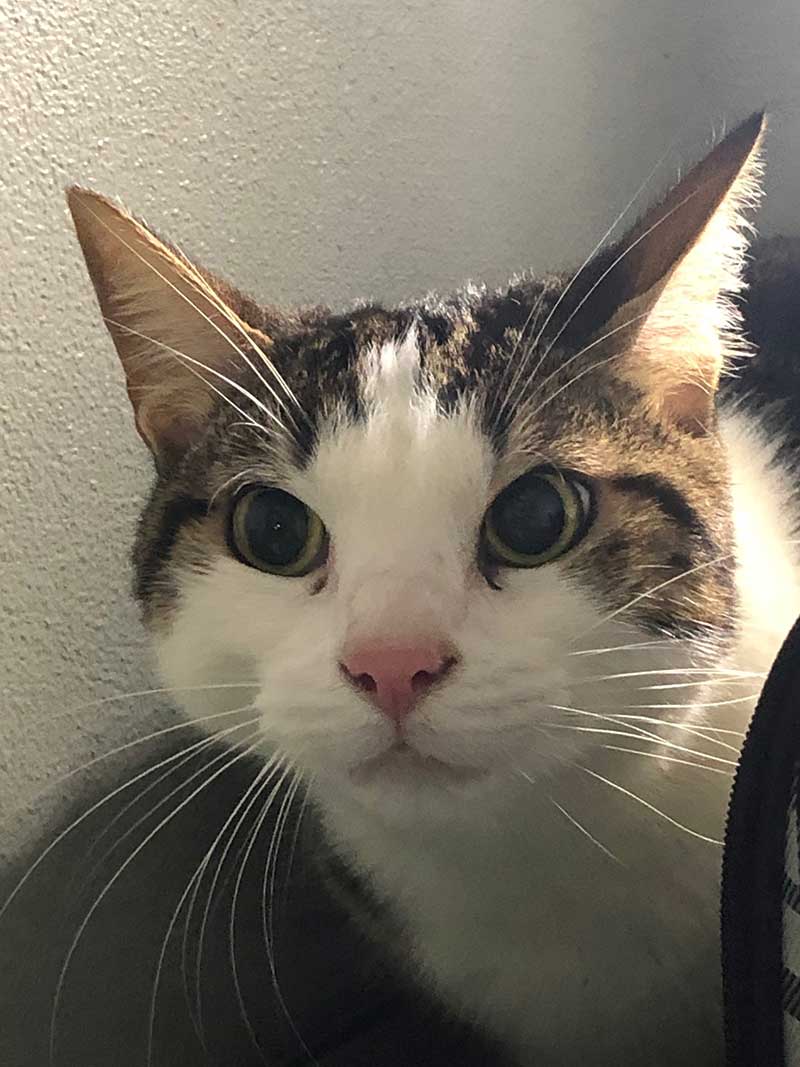 Sabrina and Sila, two dogs from Lesvos to Scotland

Devoted sisters Sabrina and Sila started life on the Greek island of Lesvos. Now they’re on their way to live with Annette in Ayrshire, in Scotland. At first, they were somewhat shy and not used to walking on leads. They had us tied in knots in no time! It didn’t take long for them to master the art and really enjoy their walks. 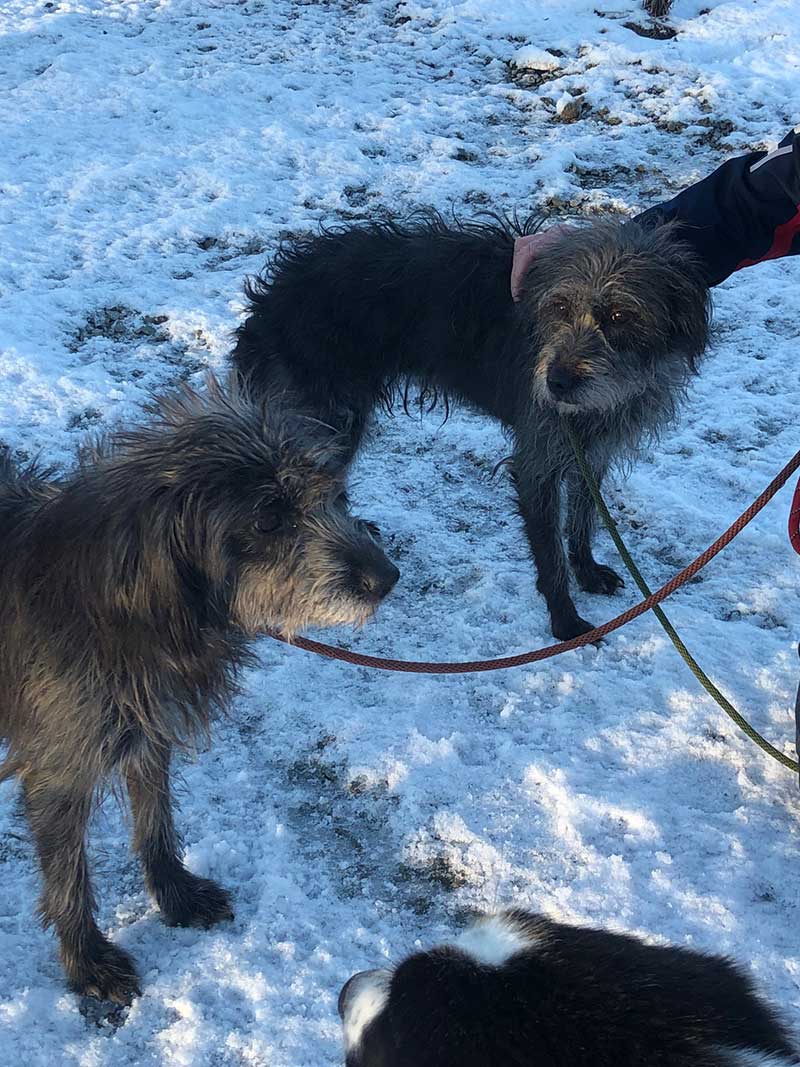 An endearing pair, Sabrina and Sila are very attached to each other

Louisa, a dog from Lesvos to Cambridgeshire

Lively Louisa was found tied to the gate of a rescue centre in Greece. Although her background story was never discovered, it was clear she’d had puppies at some stage in her life. Now this gorgeous girl has been adopted by Christine in Peterborough. Louisa is a delight — busy and affectionate — and will make a wonderful companion. 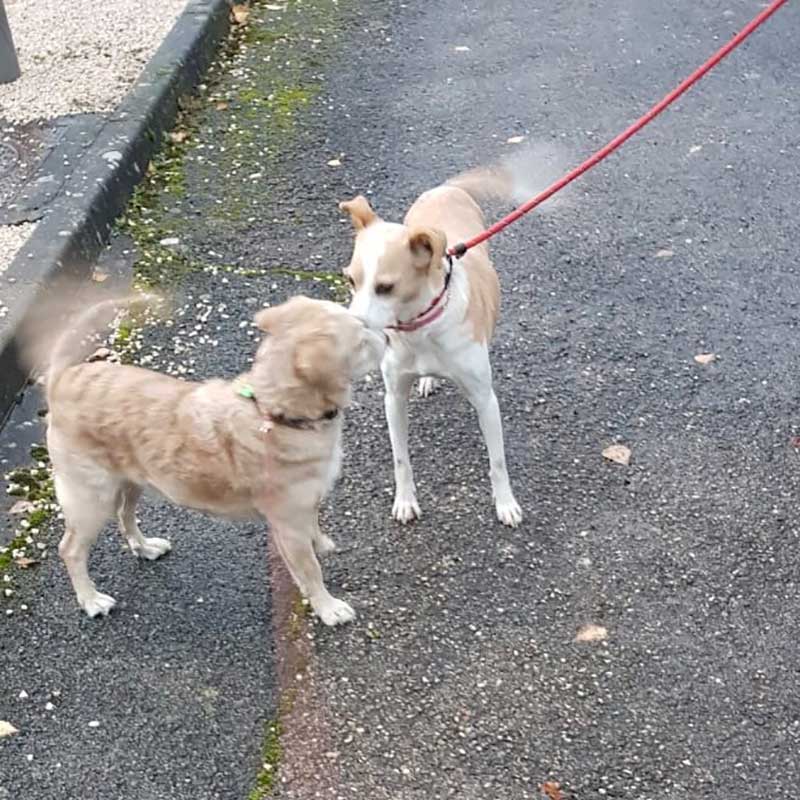 Louisa with Hercules, both their tails wagging like mad! 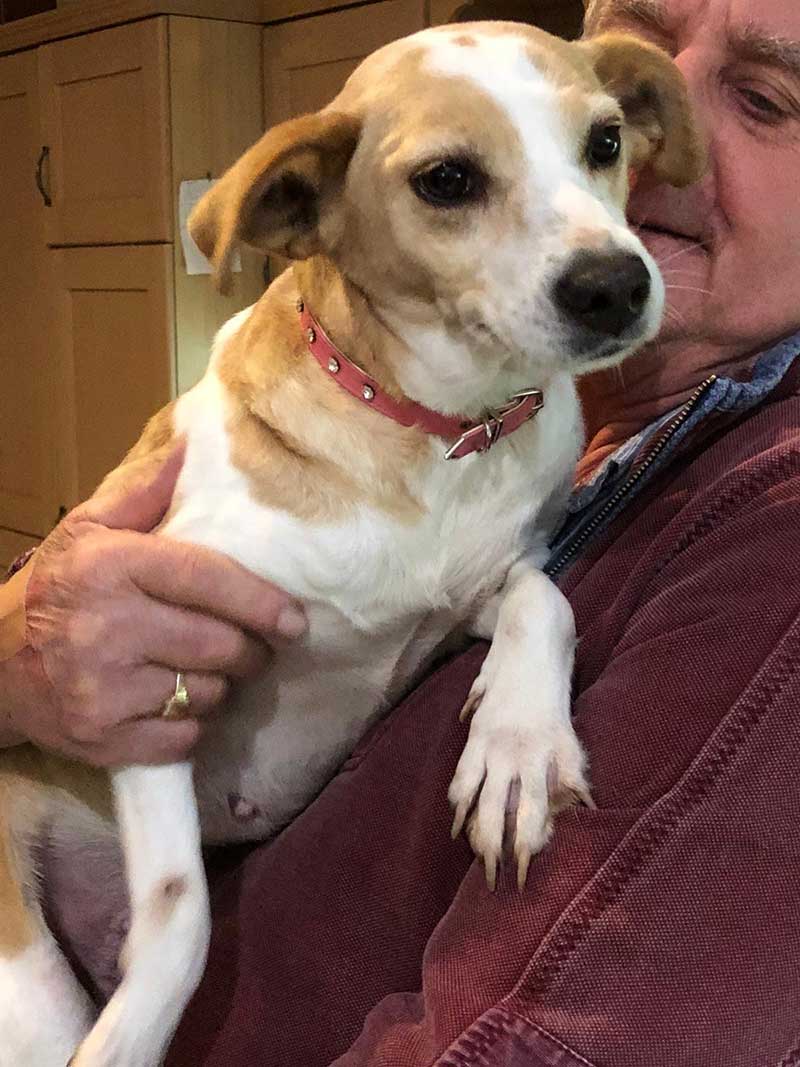 What a pretty girl she is

Orpheus, a dog from Athens to Kent

Gentle Orpheus, a Greek Shepherd dog, is a quiet-natured fellow. Initially rather shy, he blossomed during the journey. He’s on his way to live with Moira in Kent, where he’ll notice a drop in temperature compared to Athens. But the rain and snow on our travels will have helped him to acclimatise. 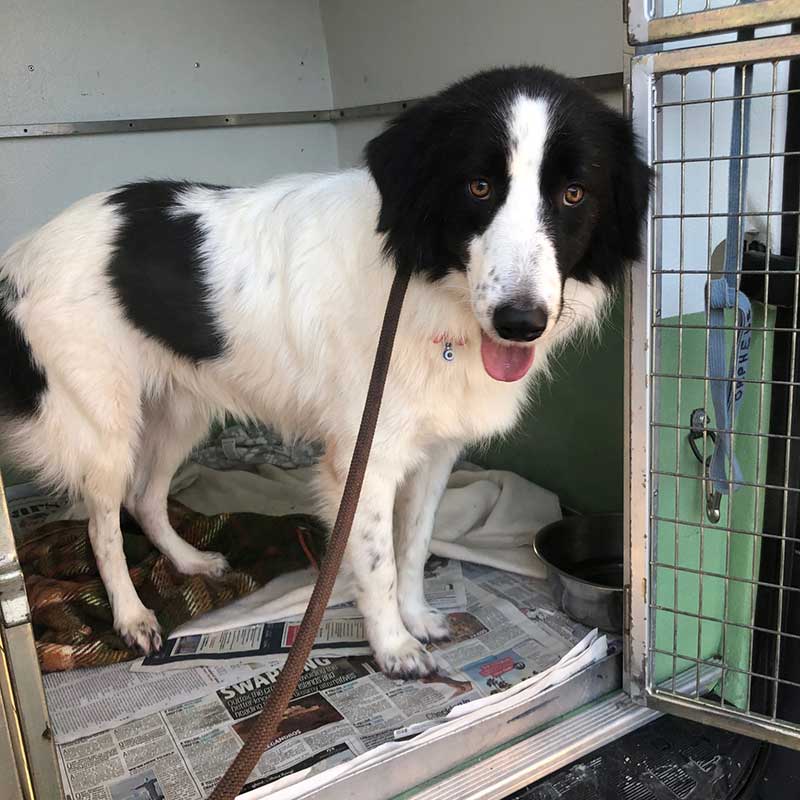 Zeus, a cat from Greece to Wiltshire

Adorable ginger kitten Zeus was a trifle bewildered by the travelling lark at first. He soon gained in confidence, however, and became very companionable. His new home is with Gael in Malmesbury. 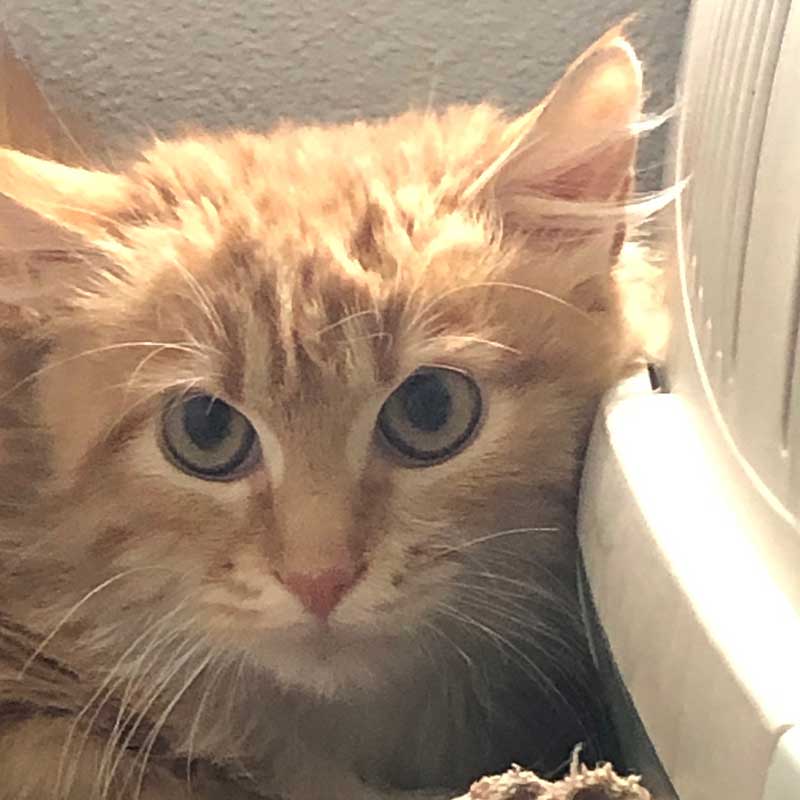 A winsome look from young Zeus

Burney, a dog from Greece to Glasgow

Handsome big hound Burney joined us in Greece, handed over by mother and daughter Elvira and Margarita. His journey takes him to Glasgow, as the family are relocating there. He soon settled in to life on the road, enjoying the changing landscapes and meeting our other canine travellers. 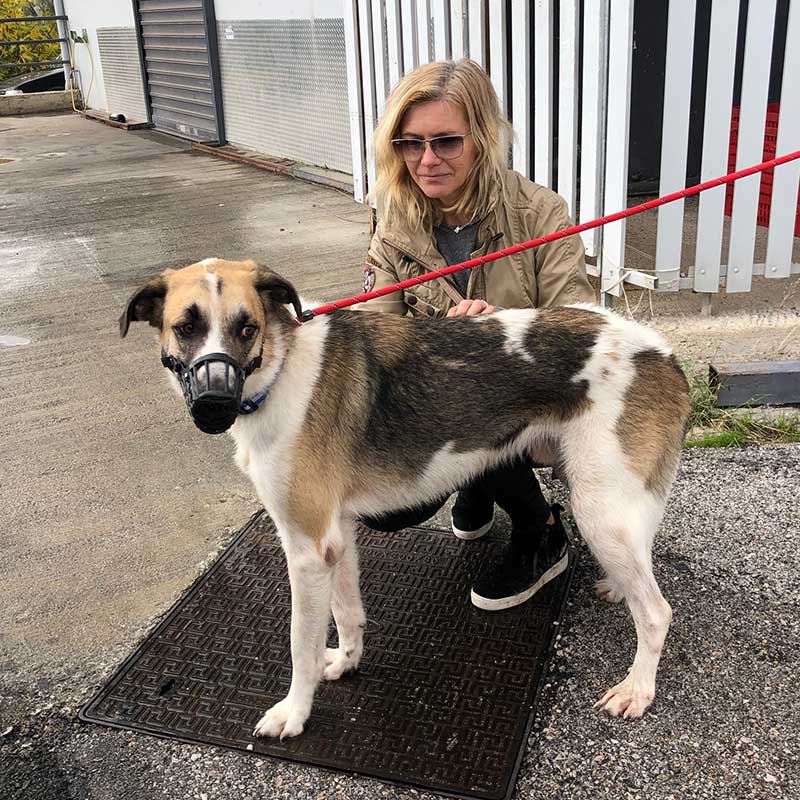 Burney was wearing a muzzle when he arrived, but it was a purely precautionary measure that we could soon dispense with 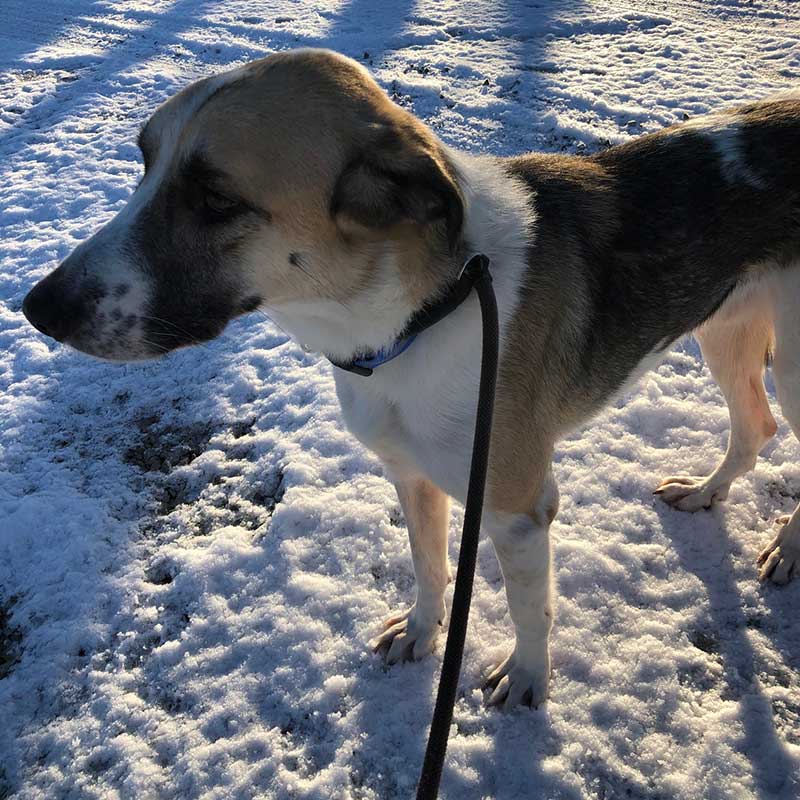 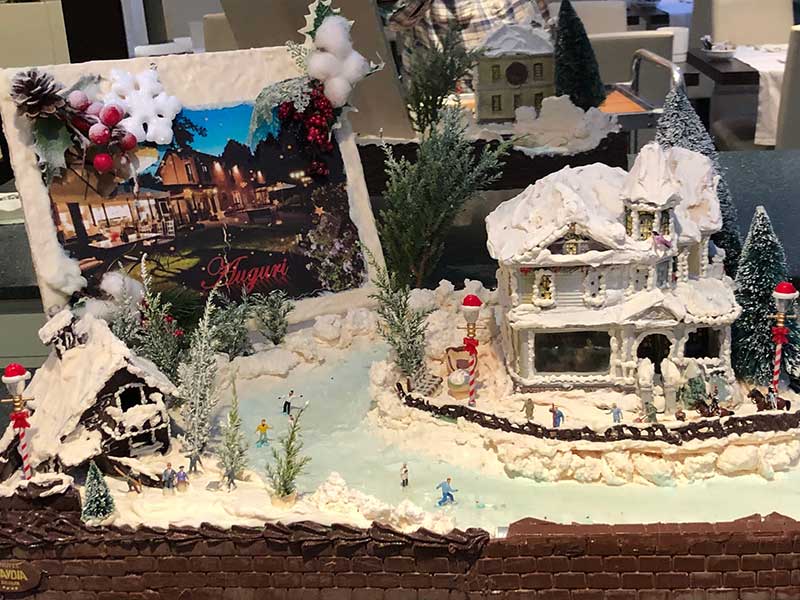 Festive cake at our hotel in Bologna 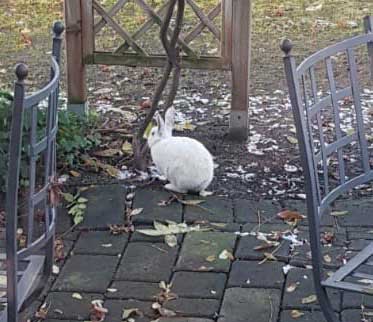 Easter rabbit? This cute creature was clearly being fed by the hotel staff!

Clara, Odin and Theo, three dogs flying from Greece to the UK

While couriers M and Glenn made the trip by road and sea from Greece to the UK, courier J flew from Athens with Clara, Odin and Theo, three dogs from Lesvos.

We’re delighted that, thanks to our recent blog, Pointer Clara has a foster home in Scotland, pending a home check in Ayr. 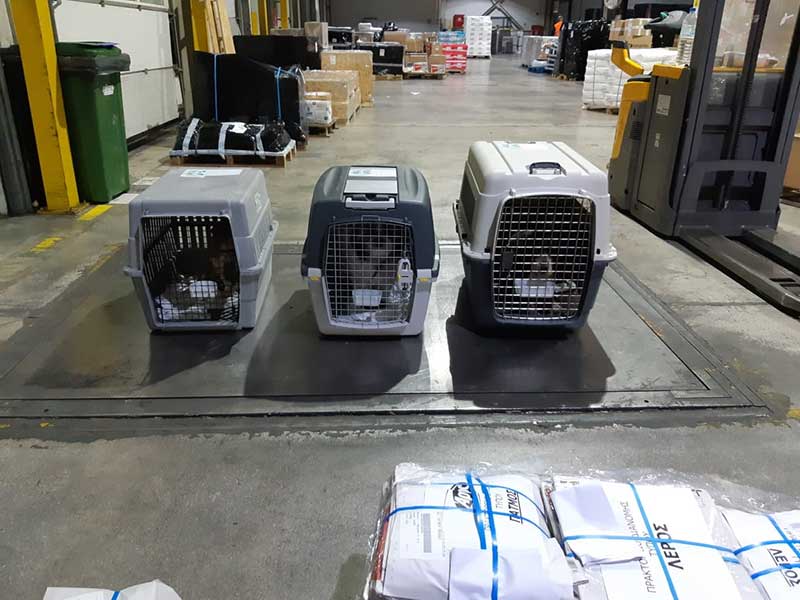 All three checked in and ready to fly 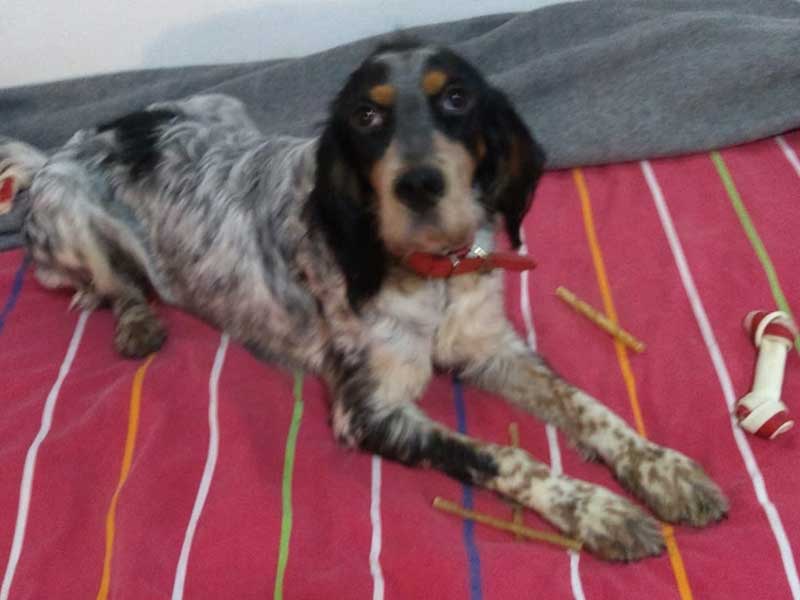 Darling Clara on her way to Scotland 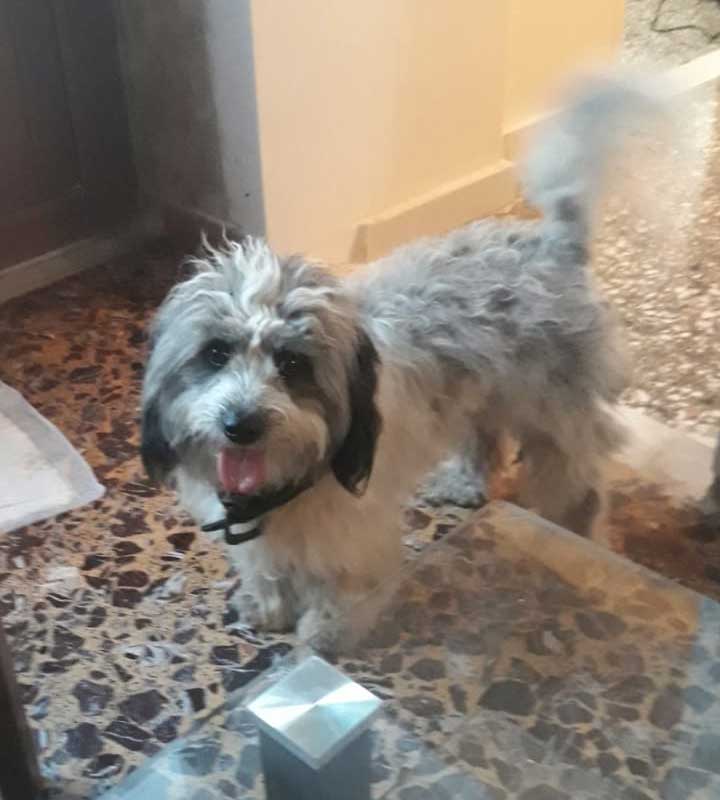 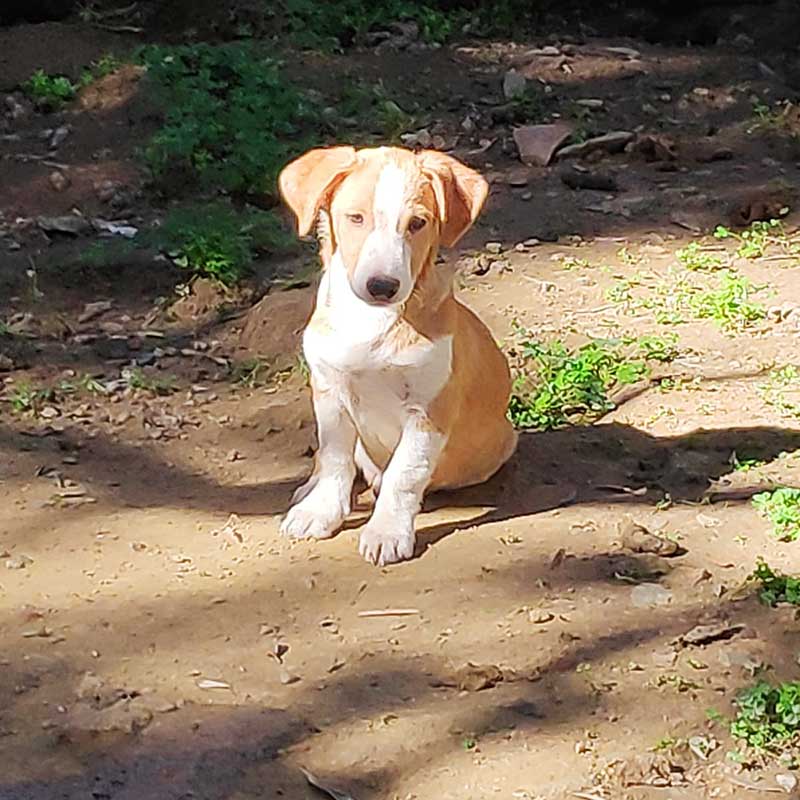 Dear little puppy Theo was found by Rose when she was volunteering on Lesvos. Unable to leave him behind, she arranged for him to travel with us to join her in London.