From Malta to the Netherlands by road and sea

Amy’s been working as an IT specialist on Malta for a couple of years. During that time, she adopted Indi from a local shelter. At the time, poor Indi had a terrible ear infection. Although it cleared up under Amy’s tender care, Indi has been left with sensitive ears. So much so that when Amy was planning her relocation to Amsterdam, the vet advised against Indi flying.

So Animalcouriers stepped in to transport the dog by road and ferry from Malta to the Netherlands.

We left the UK and headed through France and Italy, catching the ferry from Genoa to Palermo (on the island of Sicily). From Sicily it was another ferry to Malta. 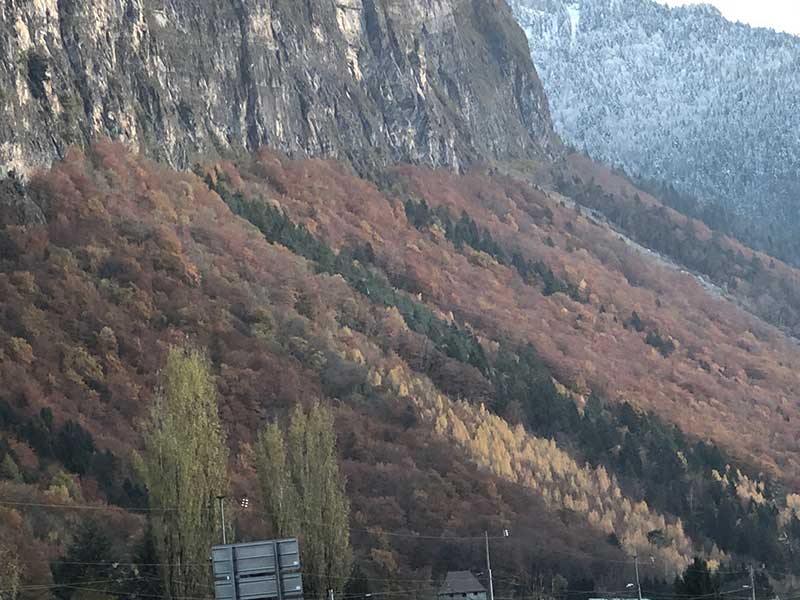 Autumnal colours as we headed up to Mont Blanc 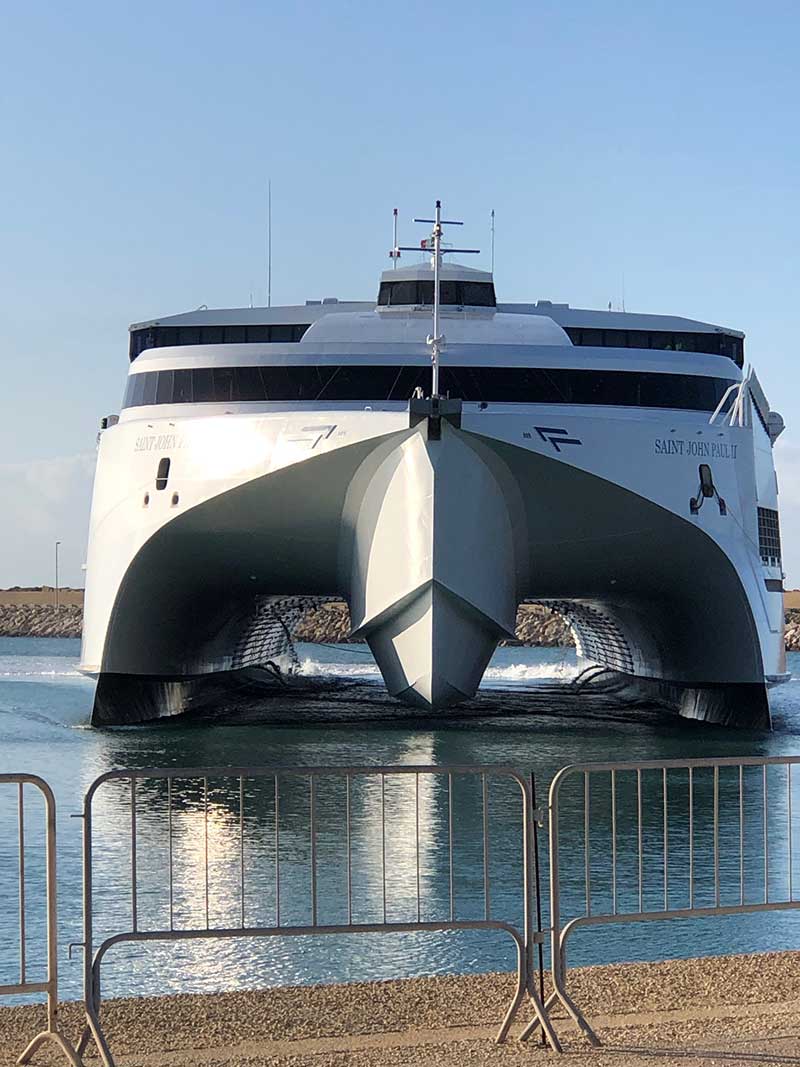 The fast ferry to Malta 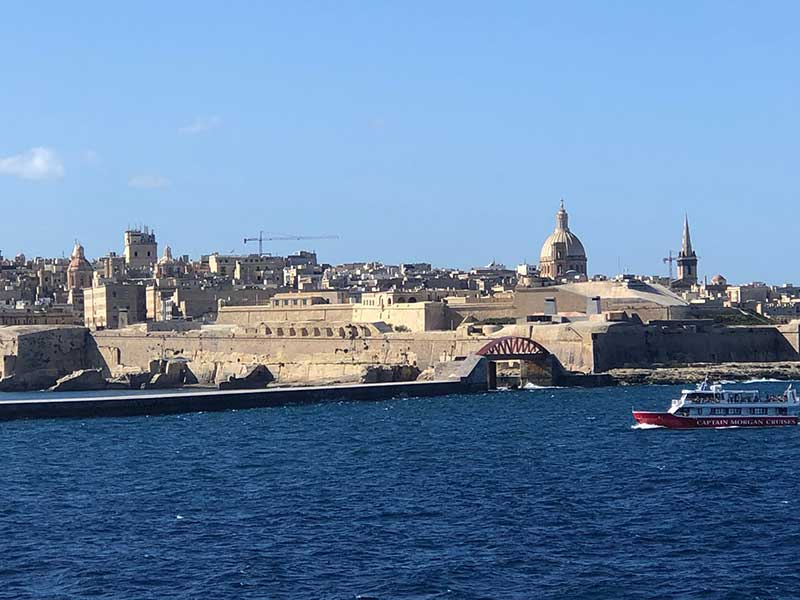 With just a few hours to spare on Malta before meeting Indi, we did a spot of sightseeing. 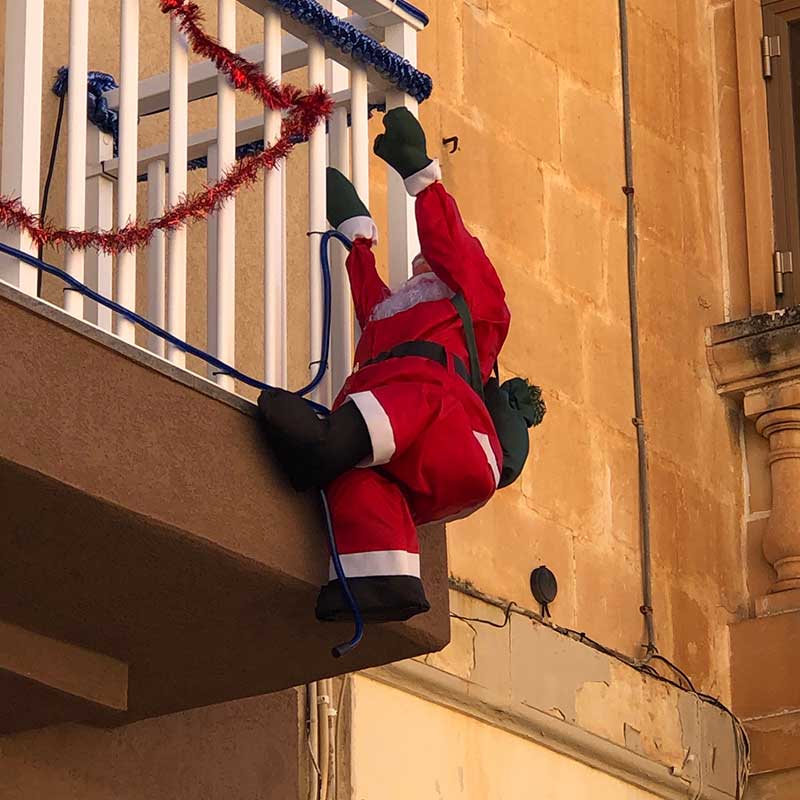 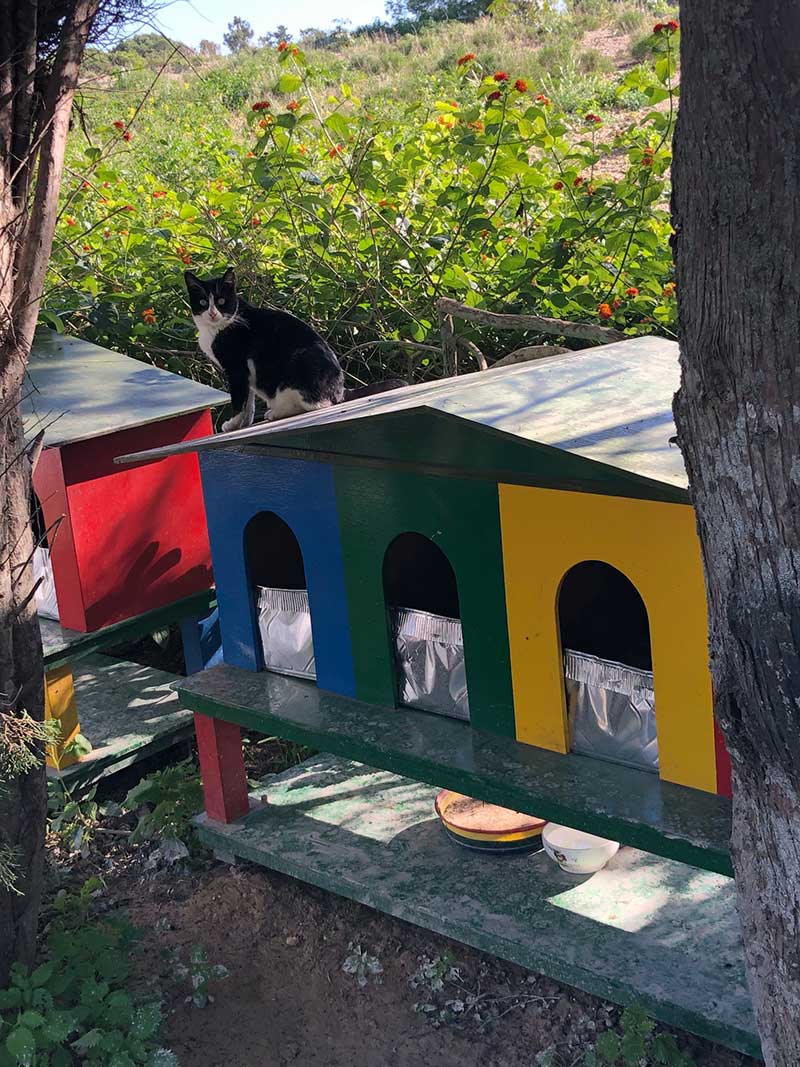 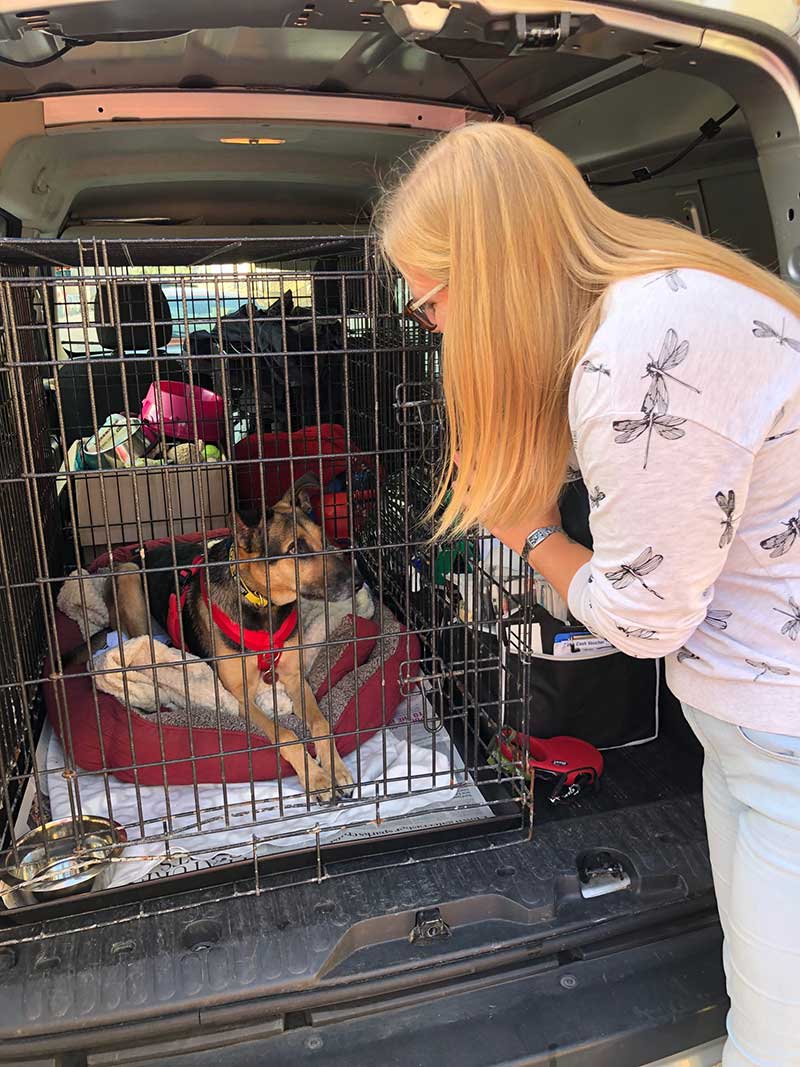 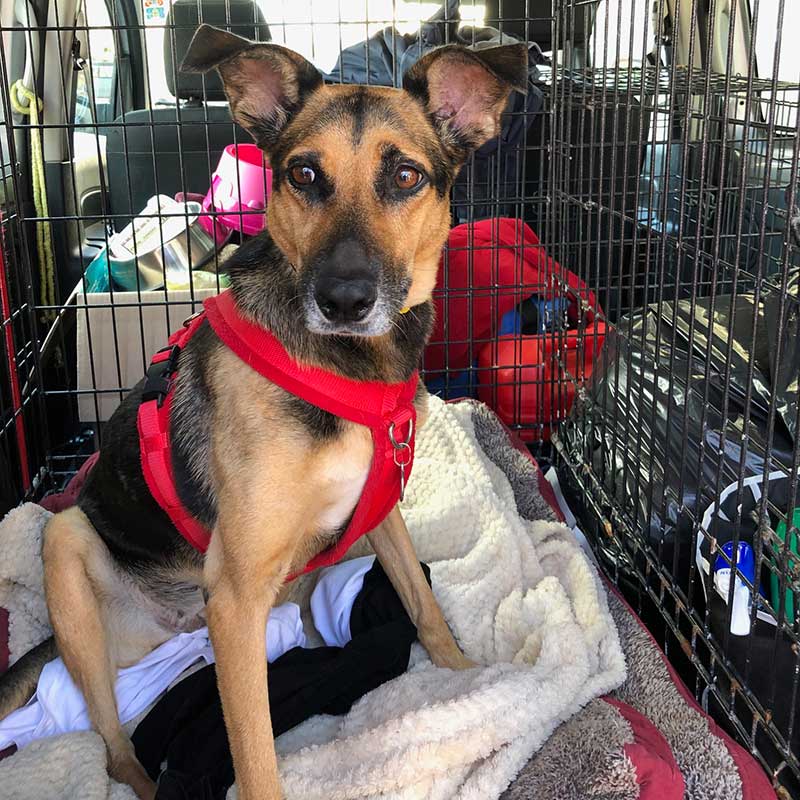 The gorgeous girl herself

Having collected Indi, we crossed from Valetta to Sicily and spent the night in Pozallo. 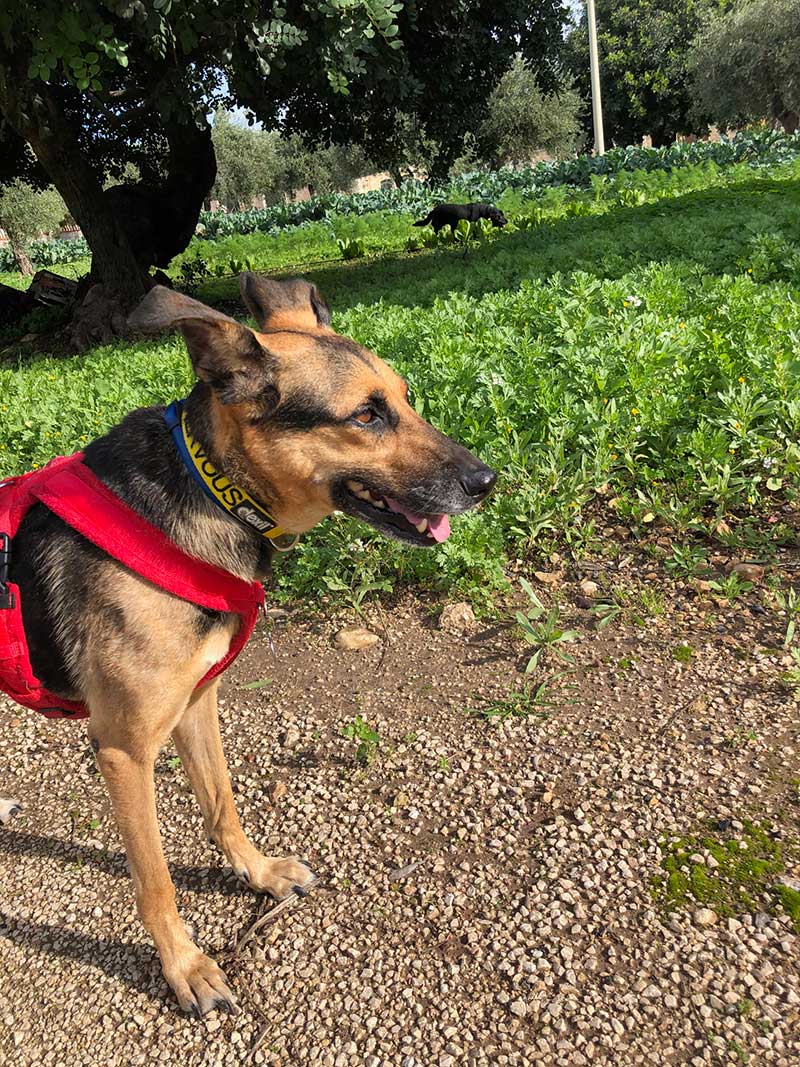 While out walking, Indi was stalked by a very handsome Labrador called Aris, who clearly had amorous intentions. Indi retained her ladylike demeanour and between us we saw off his advances. You can just glimpse him in the background. 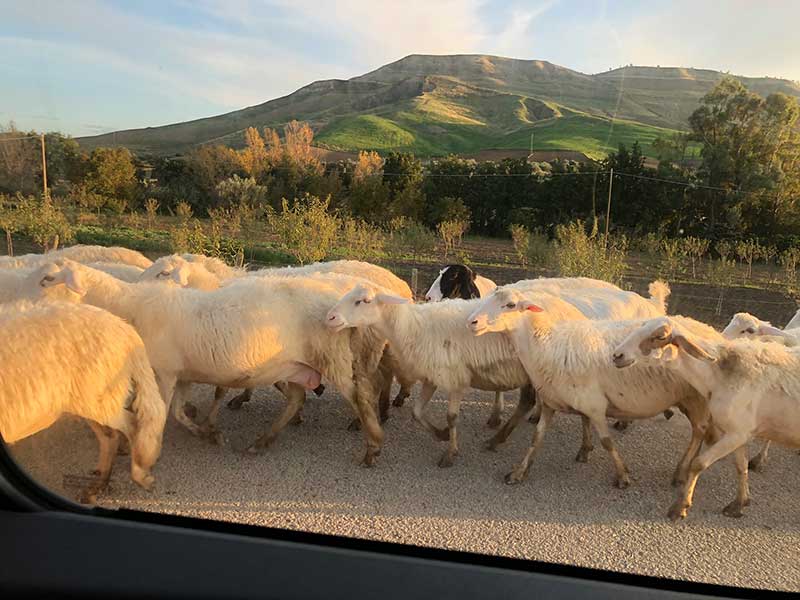 Spotted along the way: a herd of sheep in the charge of six Maremma sheepdogs and two venerable shepherds 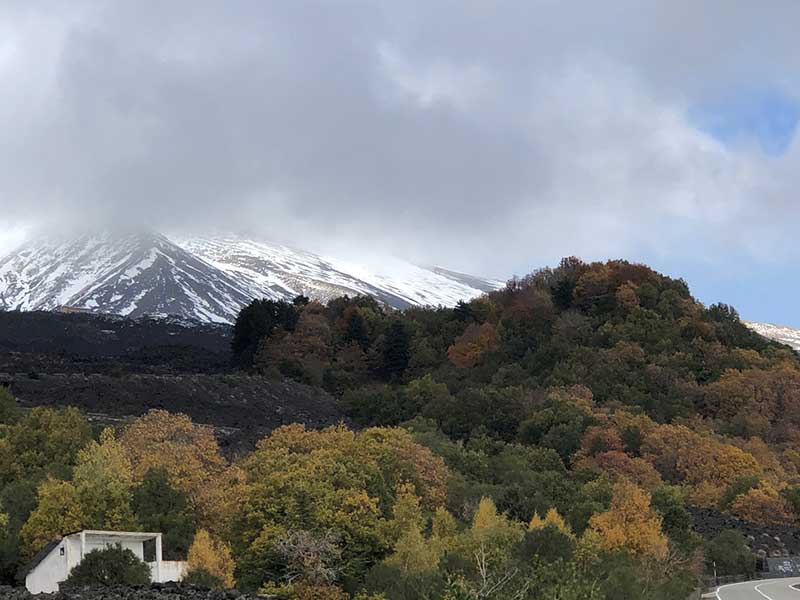 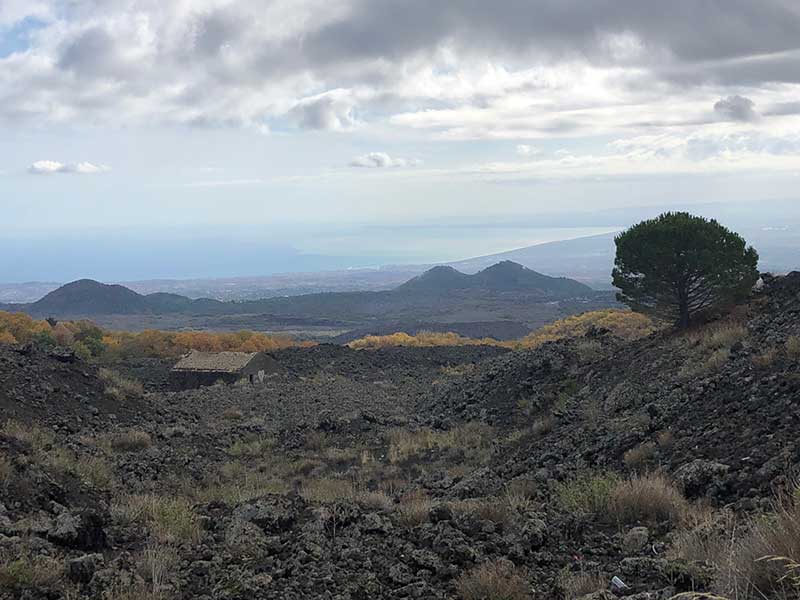 The view from Etna across the lava field

To get back to the Italian mainland, we boarded the ferry from Palermo to Genoa. The ferry had pet-friendly cabins and plenty of deck space for dog walks. And we were lucky with the weather! 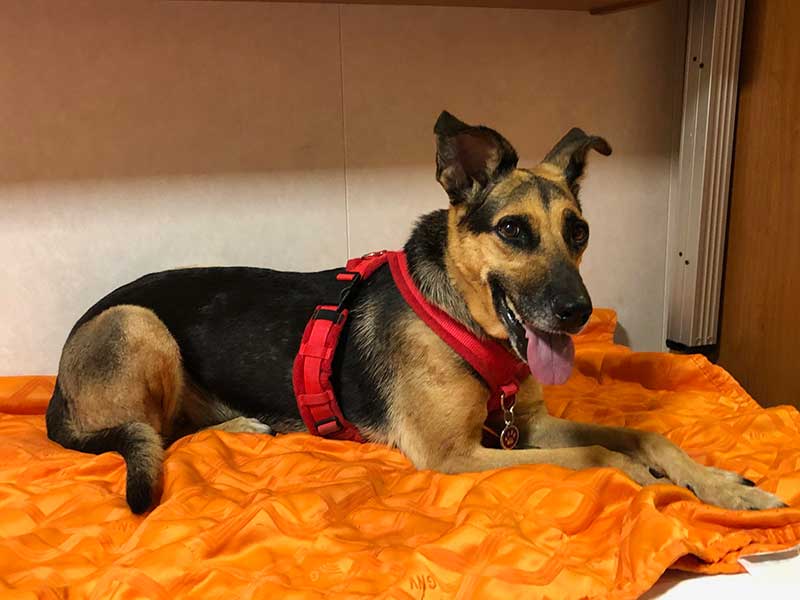 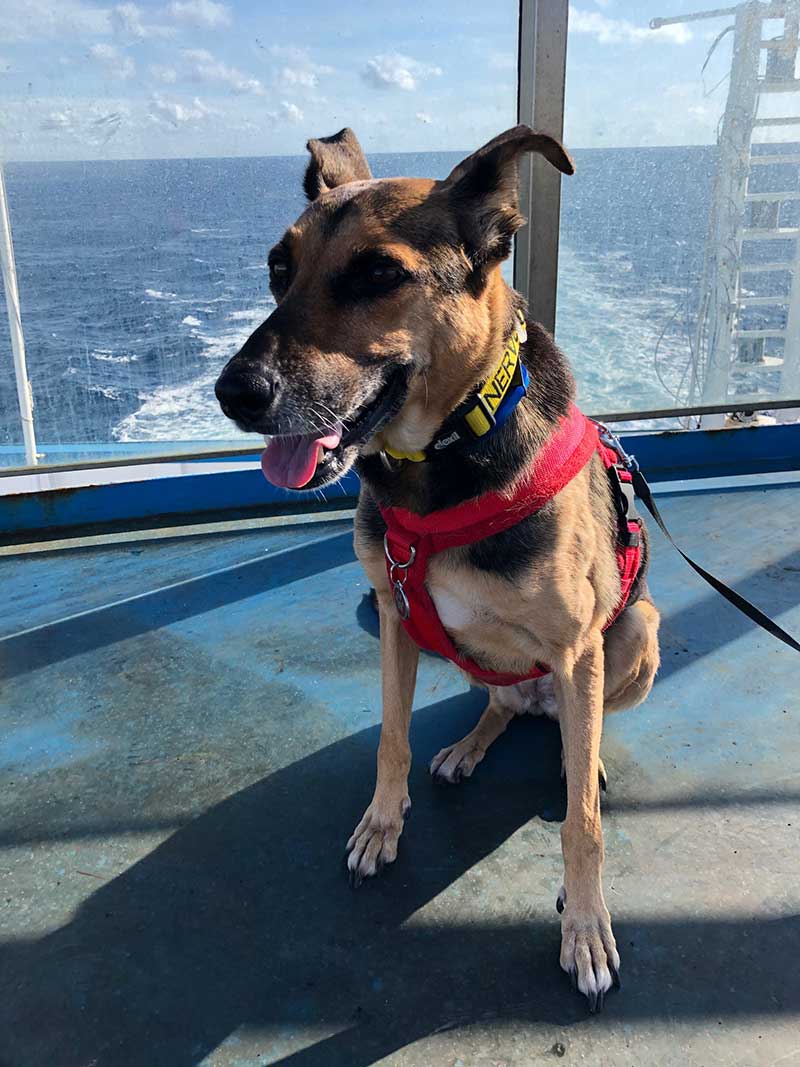 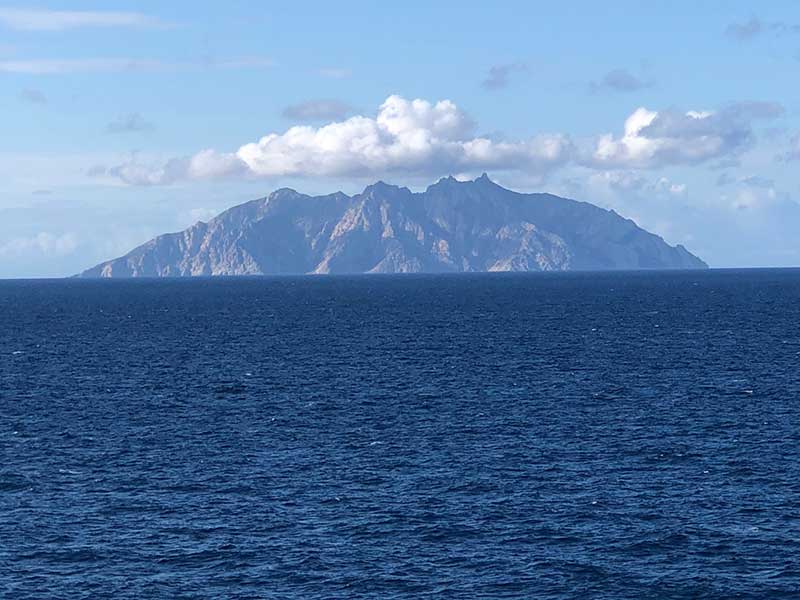 A glimpse of the Island of Montecristo, whose main claim to fame is that it provides the setting for part of the Alexandre Dumas novel, The Count of Monte Cristo. Today it’s an important and well protected nature reserve, home to rare Mediterranean plants and animals.

“Thank you for getting Indi to our new home. I am sooooo pleased to have her back. Now to settle in! Thanks again for everything you did to pull this off!” 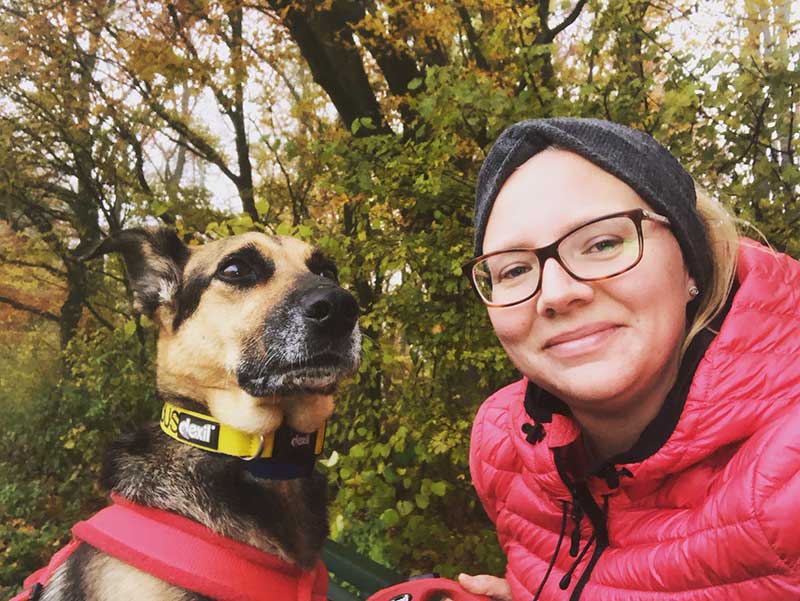