Cats and dogs by air from Greece to the UK

Courier J flew to Athens with couriers Mary and Vicki to bring cats and dogs by air from Greece to the UK. 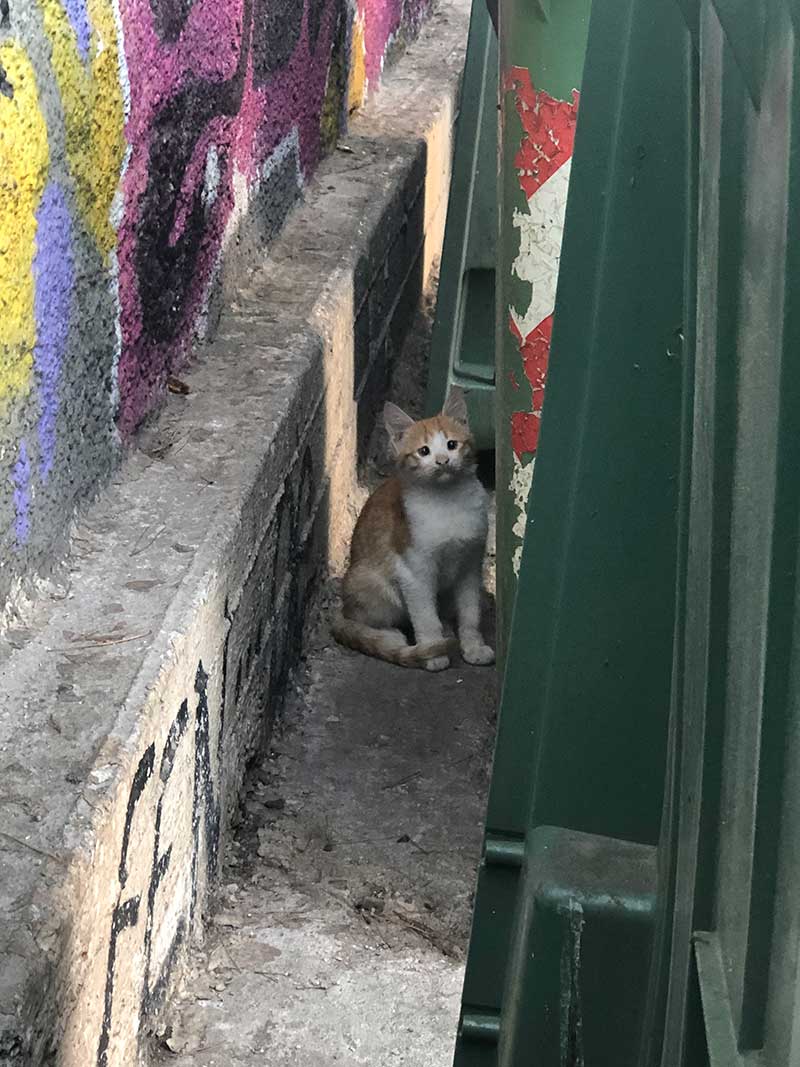 At our hotel in Athens, a new litter of stray kittens had appeared since the last time we stayed. This little one soon caught on to the idea of sharing bits of our breakfast.

Romeo, Tabitha and Nala from Lesvos

Anne Marie adopted this litter of three kittens during a recent trip to Lesvos. Now they’re on their way to join her at their new UK home. 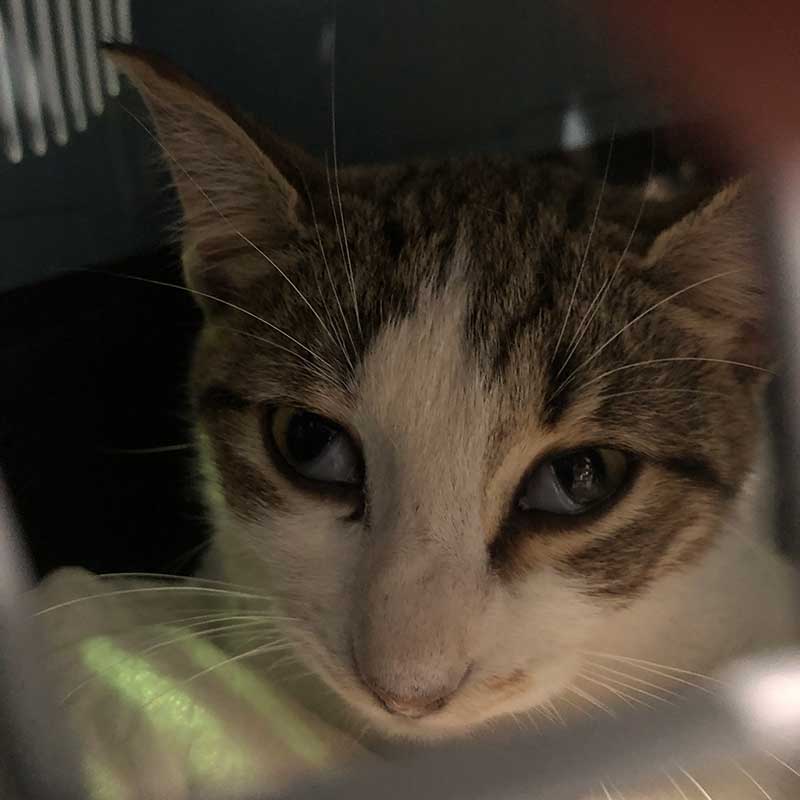 Handsome Romeo — his sisters were rather camera shy

Aphrodite — Aphy to her friends — is a holiday romance. She was found by Olly and Paula when they were staying in Kefalonia. She’s travelling with us to rejoin them in Southampton. 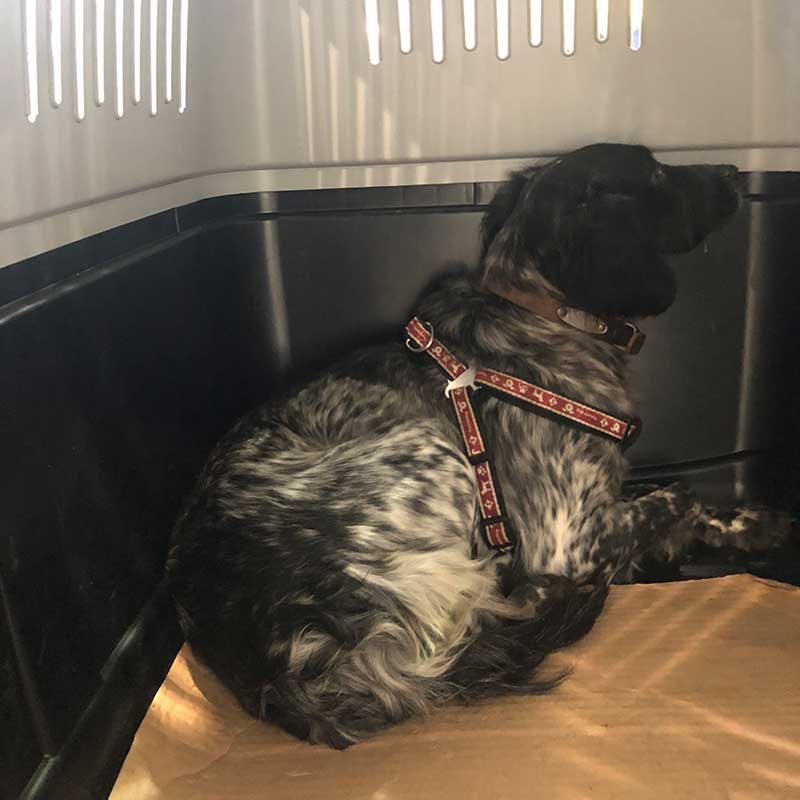 Dear Aphy was a bit bewildered by the travelling lark, so we gave her lots of reassurance

Gorgeous Millie was discovered by Jane on a recent holiday in Kefalonia. Millie has been cared for by a rescue group since Jane went back to the UK. Now ready to travel, she’s on her way to the West Country. 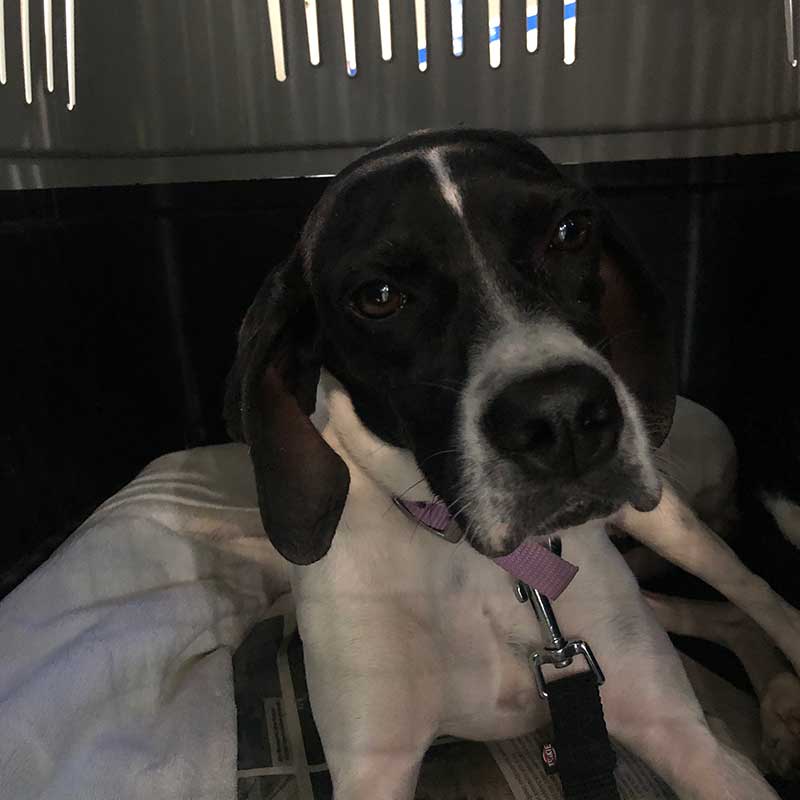 No wonder Jane fell for her — just look at that face! 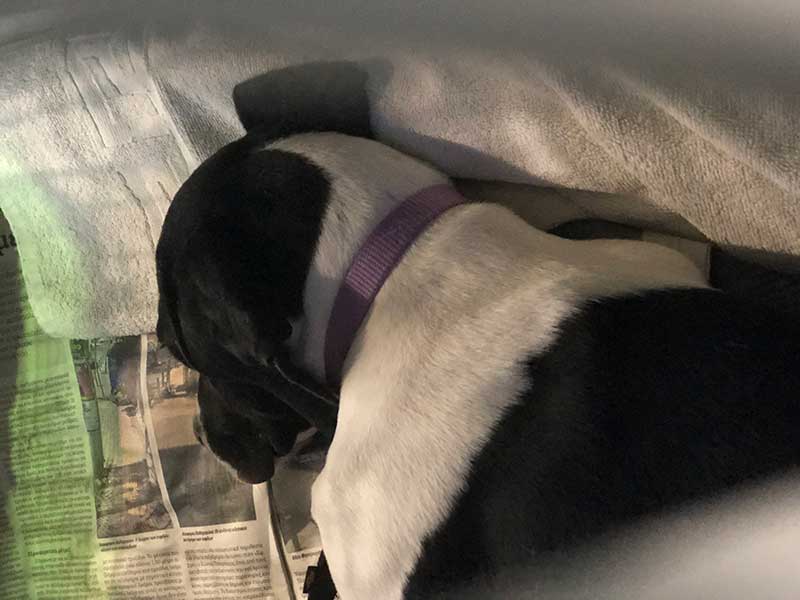 Apollo is yet another holiday romance. This clever young fellow befriended Alice when she was on holiday in Athens, and now he’s travelling to join her in the UK. Our friend and colleague Christine took care of him at her kennels and cattery, Chris’s Animal Hotel, until he was ready to travel. 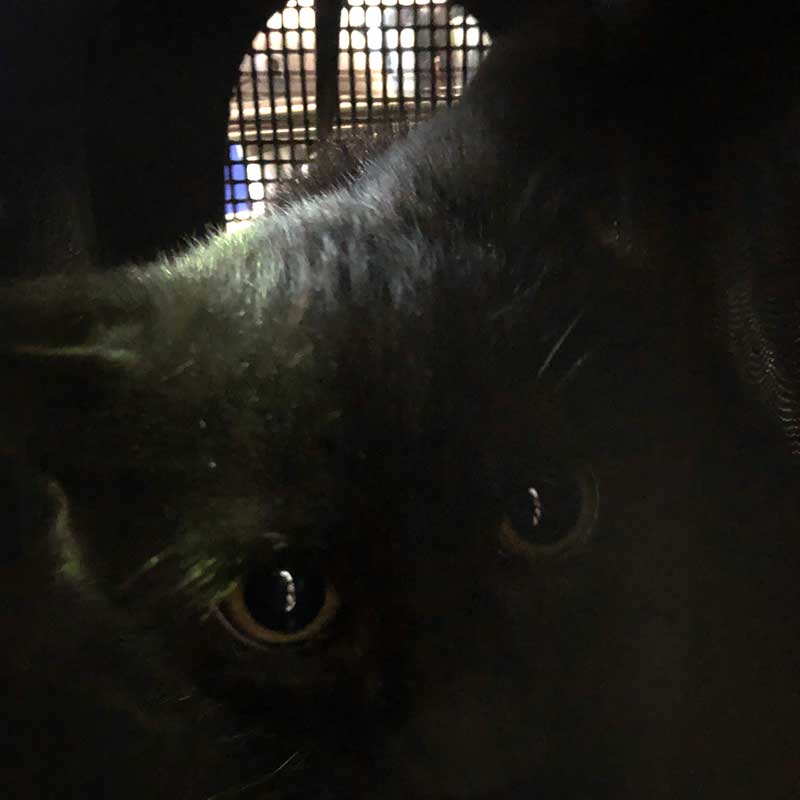 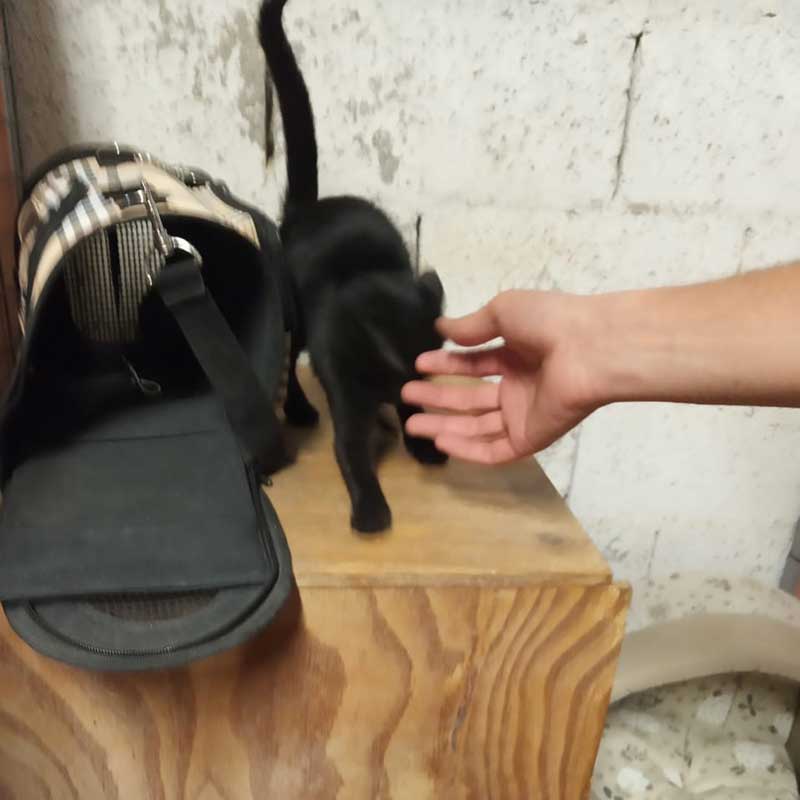 He’s a playful little thing with a super long tail

Poppy and Millie from Crete

A gorgeous pair of Westies, Poppy and Millie are frequent travellers between Crete and the UK. We’ll be returning to Crete with them next spring. 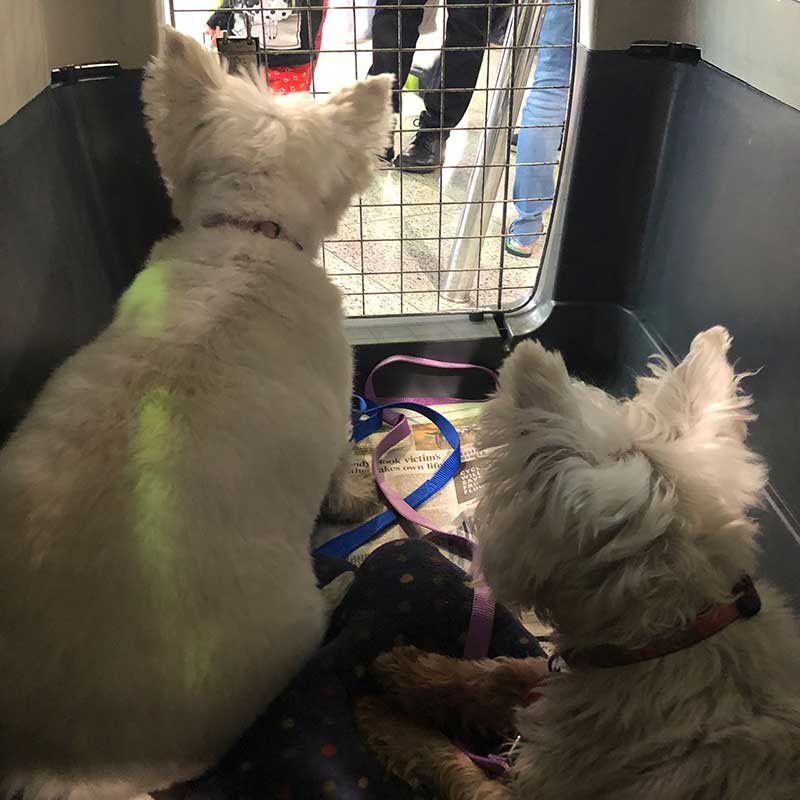 Although 14 years old, they’re alert and curious about everything!

Flying from Athens to Brussels, then by road to the UK

We flew from Athens to Brussels, where we were met by couriers M and Paul. Couriers Mary and Vicki were whisked straight to the UK with four of our feline passengers, while couriers J and M spent the night in Brussels with the rest, walking and feeding and settling them all in. 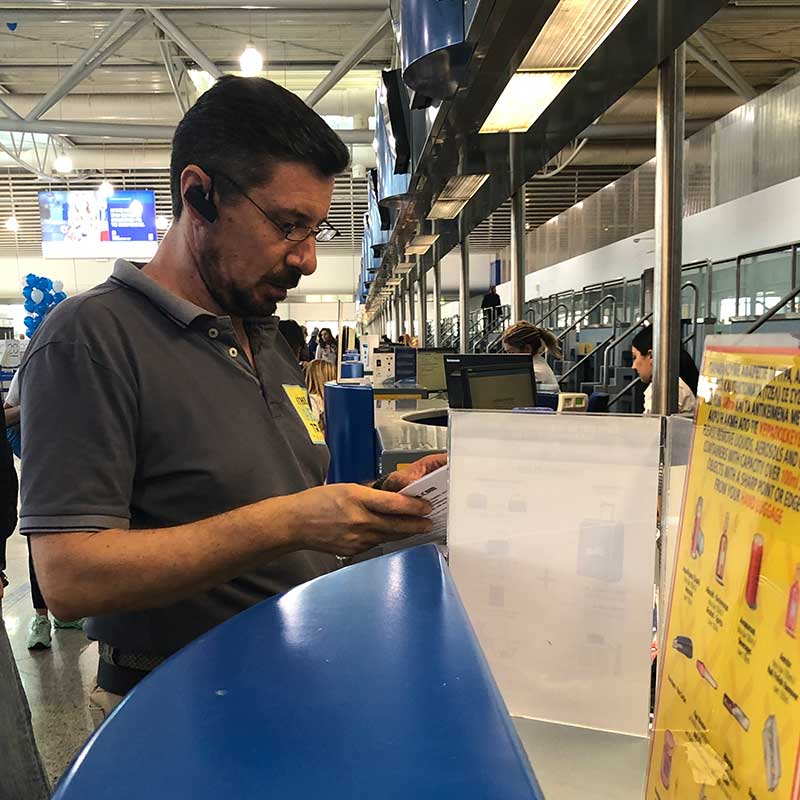 Our friend and colleague Akis was on hand to help us at Athens check-in. 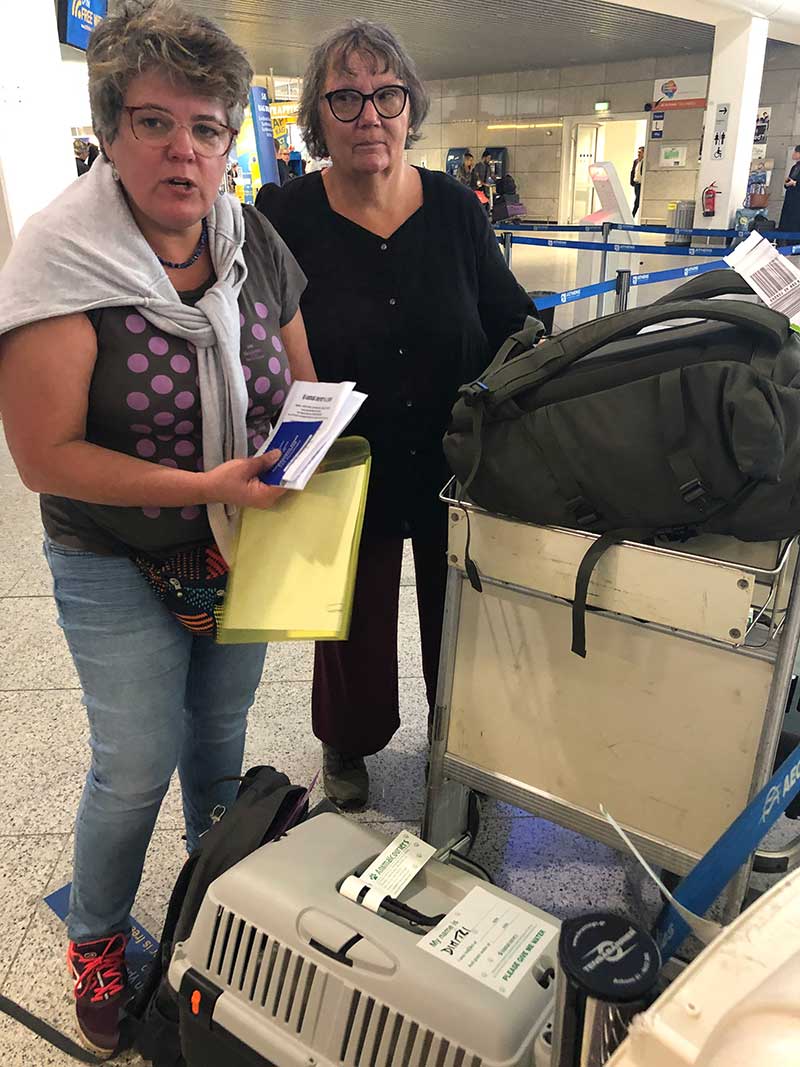 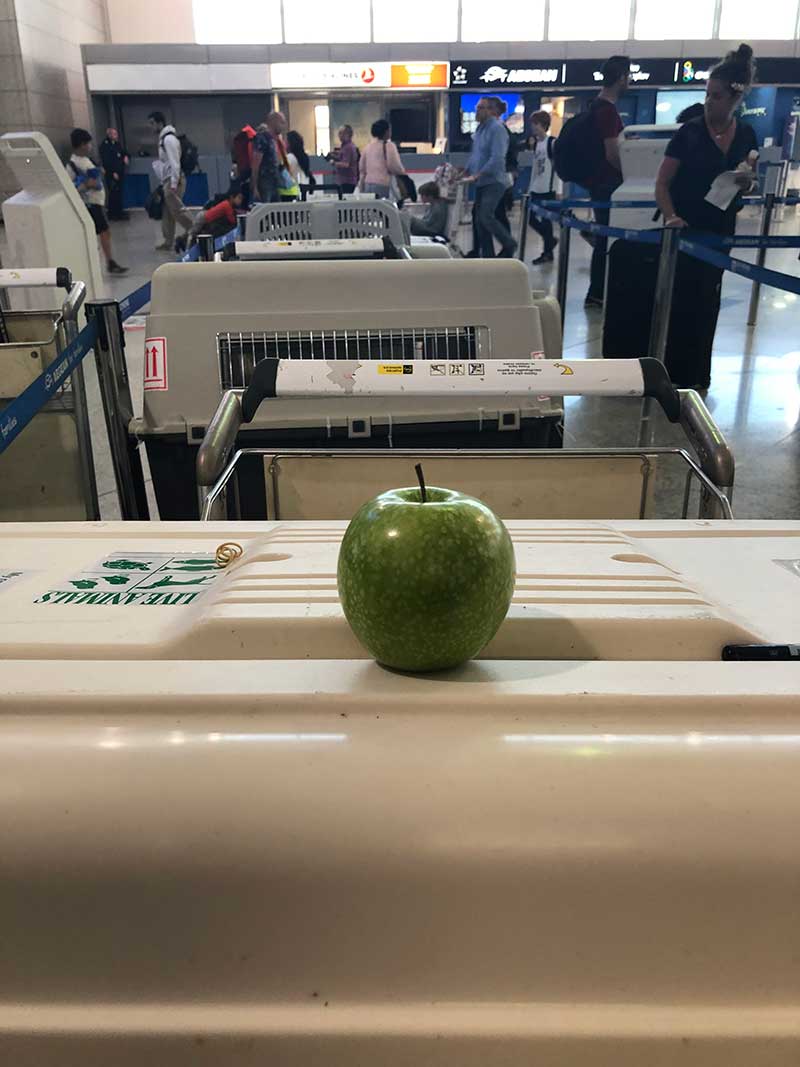 Waiting at Athens check-in, with all our passengers in their pet travel boxes 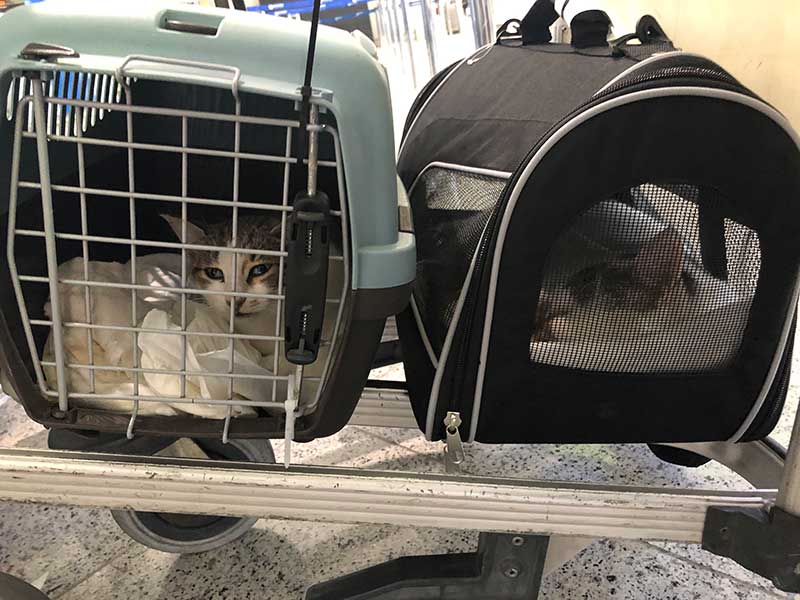 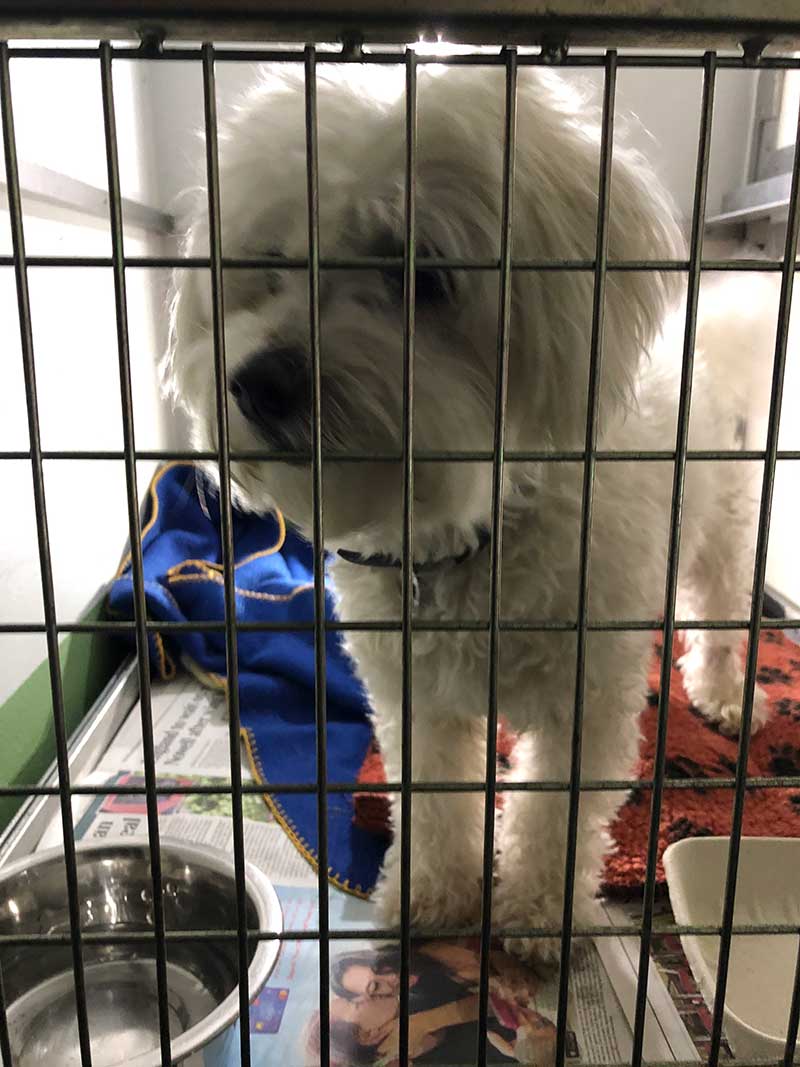 Pluto ready for his supper in Brussels 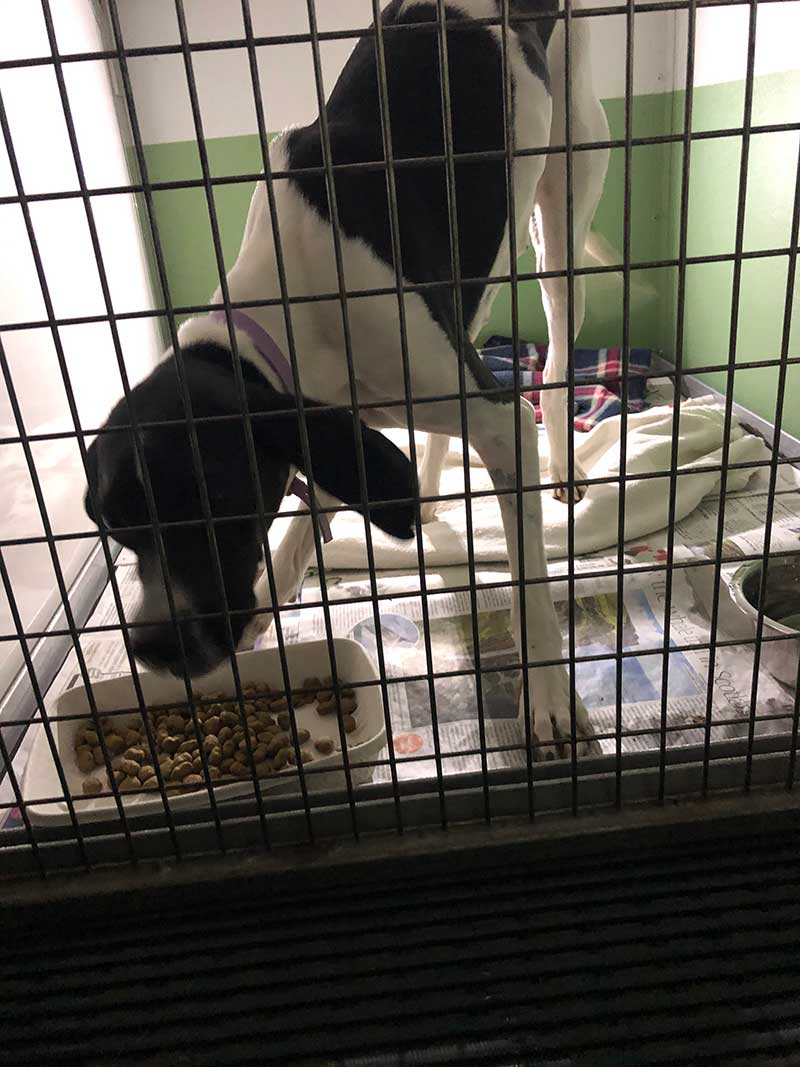 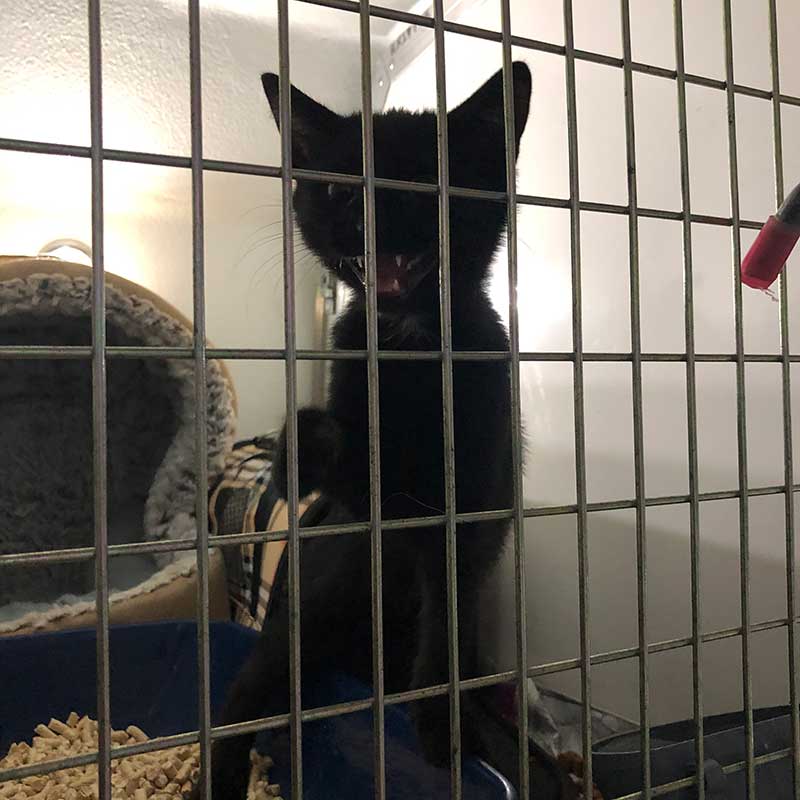 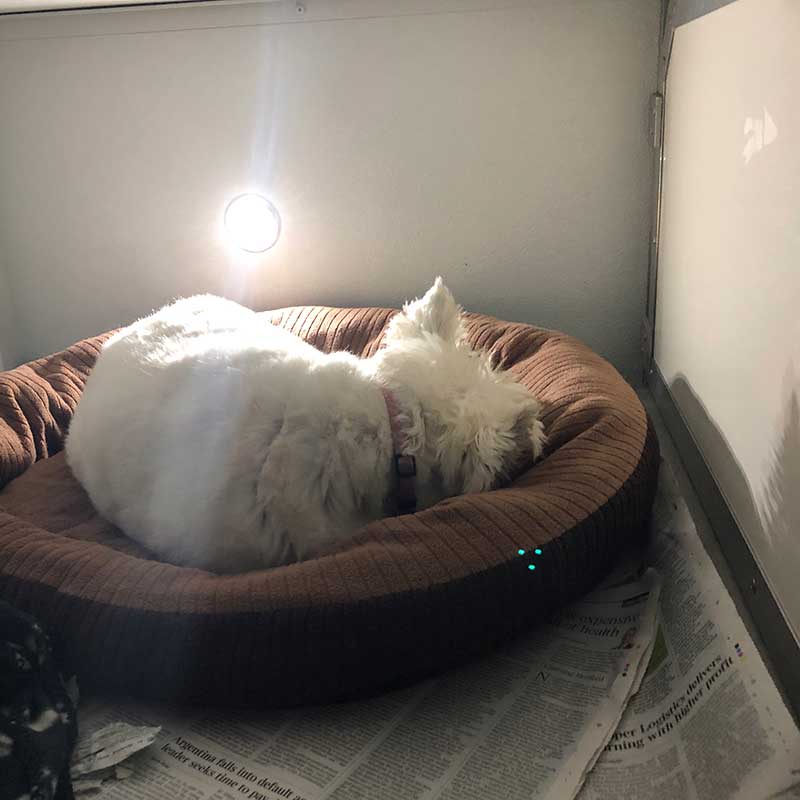 News of past passengers

Darling Coco, adopted by Melissa when she was on holiday on Lesvos, travelled with us on a previous trip from Greece to the UK. Melissa keeps in touch to let us know how Coco is getting on. 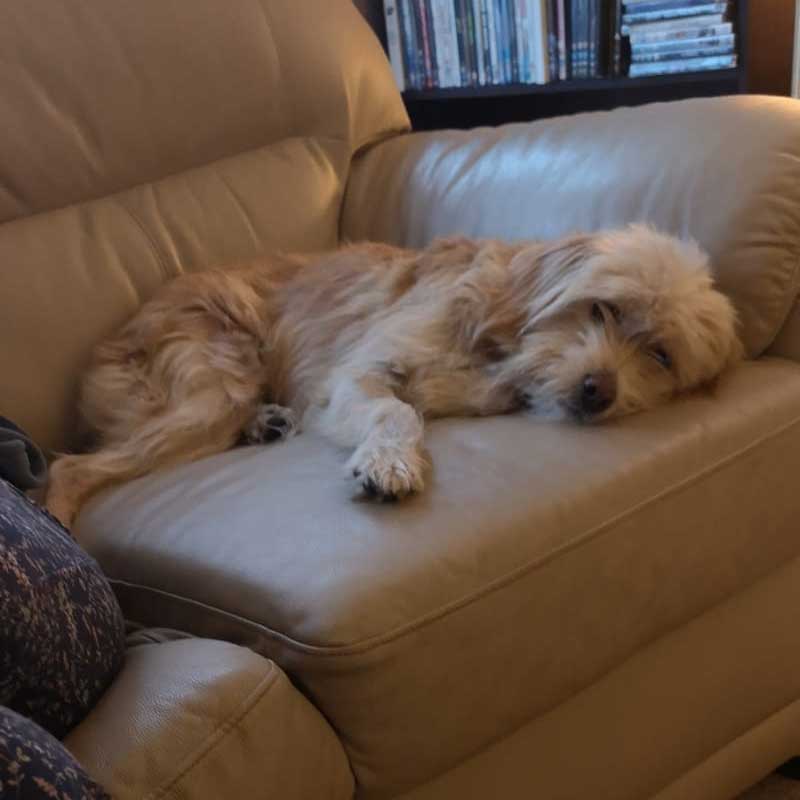 We think it’s fair to say, this lucky girl landed right on her paws!

Shall I go as a ghost for Halloween? 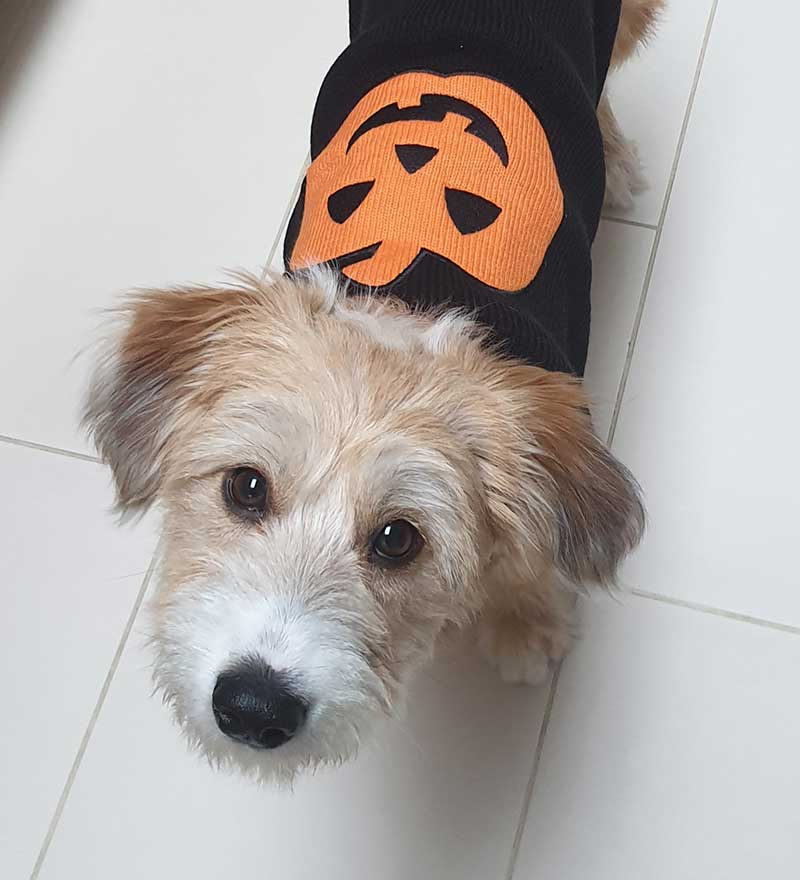 No — better as a pumpkin!

We also received news of handsome Akita Sokratis, who recently travelled with us from the UK to Greece to rejoin owner Vasilios. Vasilios wrote to say:

“Hello all, I have been very busy since back — I forgot to thank you! Thank you very much for helping me get Sokratis back to Greece :)” 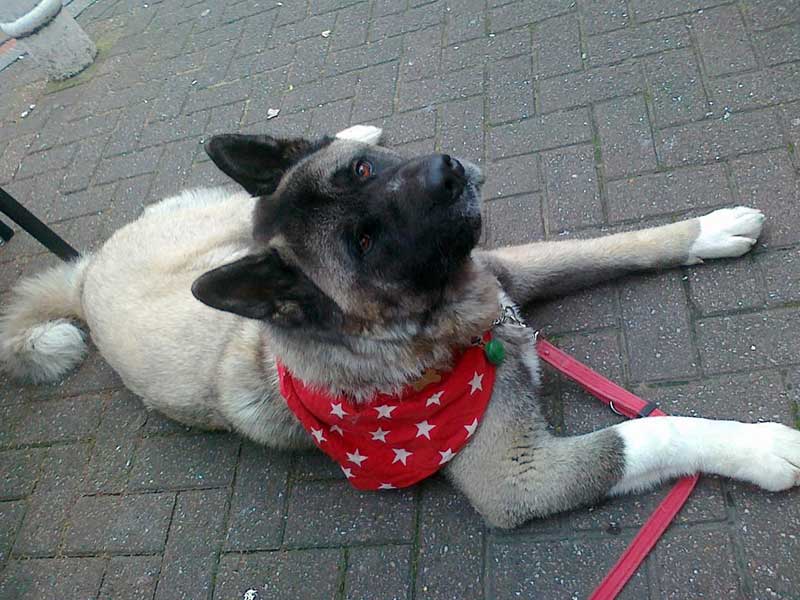 Vasilios sent a photo of his beloved hound, happy to be home in Greece