It’s time to catch up with our couriers who’ve been out and about on a number of short trips, collecting pets travelling from Northern Ireland, Belgium, Italy and France.

Cato and Brutus from Northern Ireland

Slinky black cats Cato and Brutus started out as a pair of feral kittens, who turned up on a French doorstep and were taken in by their kindly owner. They subsequently moved with their owner to Bangor, Northern Ireland, which is where we met them.

Their owner is moving to a nursing home, so her goddaughter, Saffron, stepped in to give Cato and Brutus a new home in Wiltshire.

As former ferals, they weren’t the easiest cats to catch! And once on board our van, they preferred to hunker down for the journey. Courier Richard put in the miles to get Cato and Brutus to Wiltshire in one day, where Saffron was delighted to welcome them. 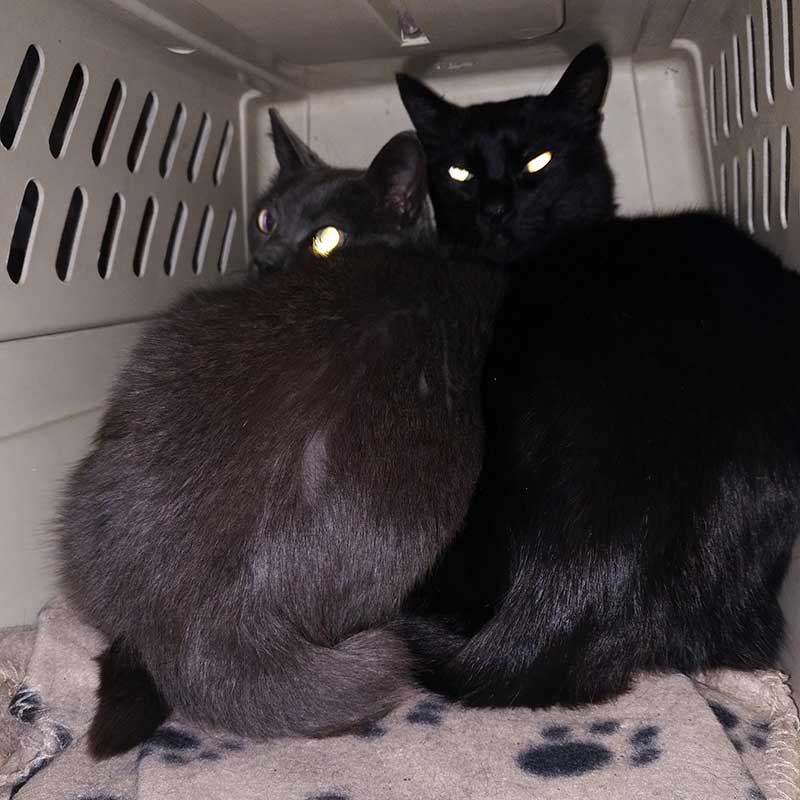 Lovable Spino is a Spinone, an Italian dog breed with a long history as a gun dog. Owner Mark timed his flight to the UK to coincide with Spino’s arrival with courier Ricardo. Spino hopped on board with Mark for the final leg of their journey to Scotland. 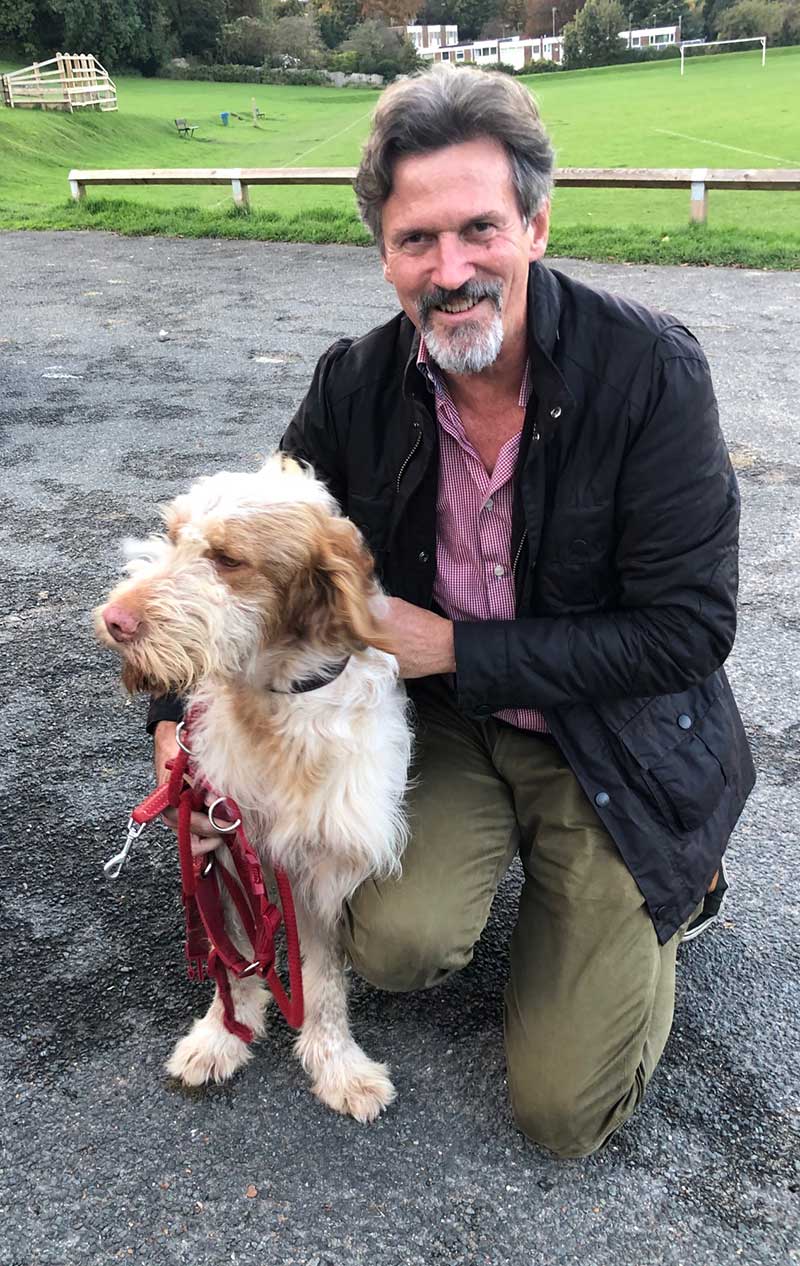 Elegant Oriental cat Charlie travelled with us from the outskirts of Brussels to the Cambridge area. Owner Moira was also on board for the journey with courier M. After a few mournful cries, Charlie quickly settled in and took to travelling like a pro.

Courier M had some time to spare before collecting his passengers, so headed to the Waterloo battlefield to take in a bit of history. 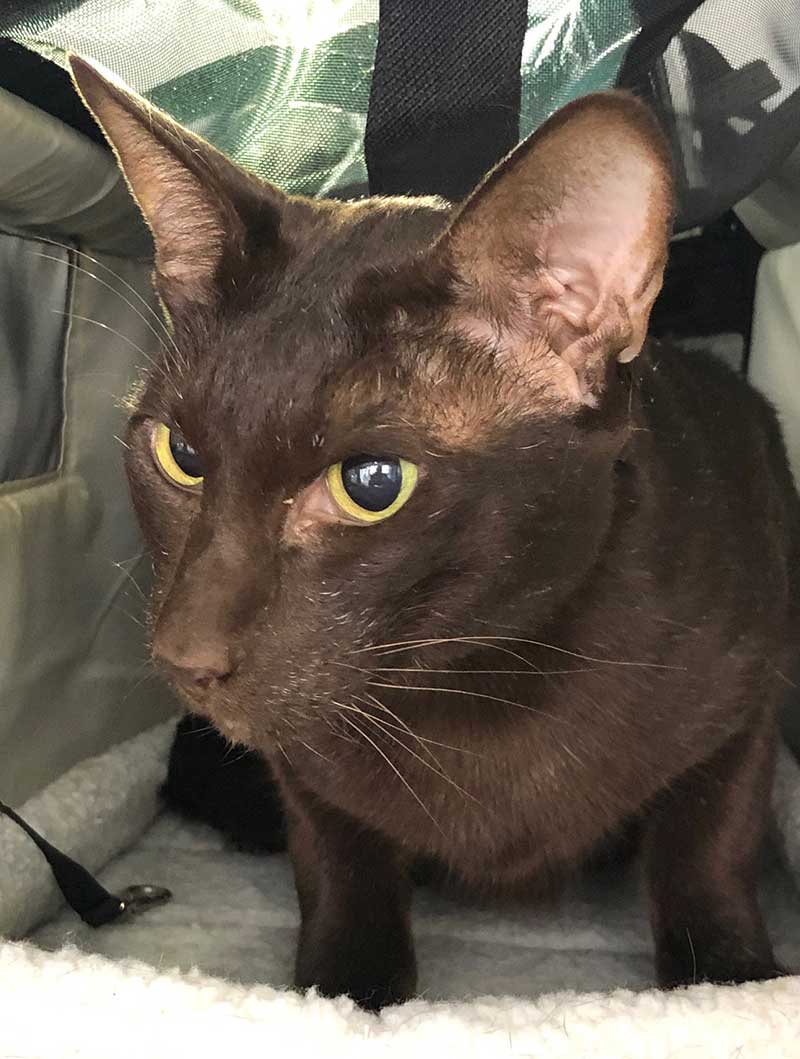 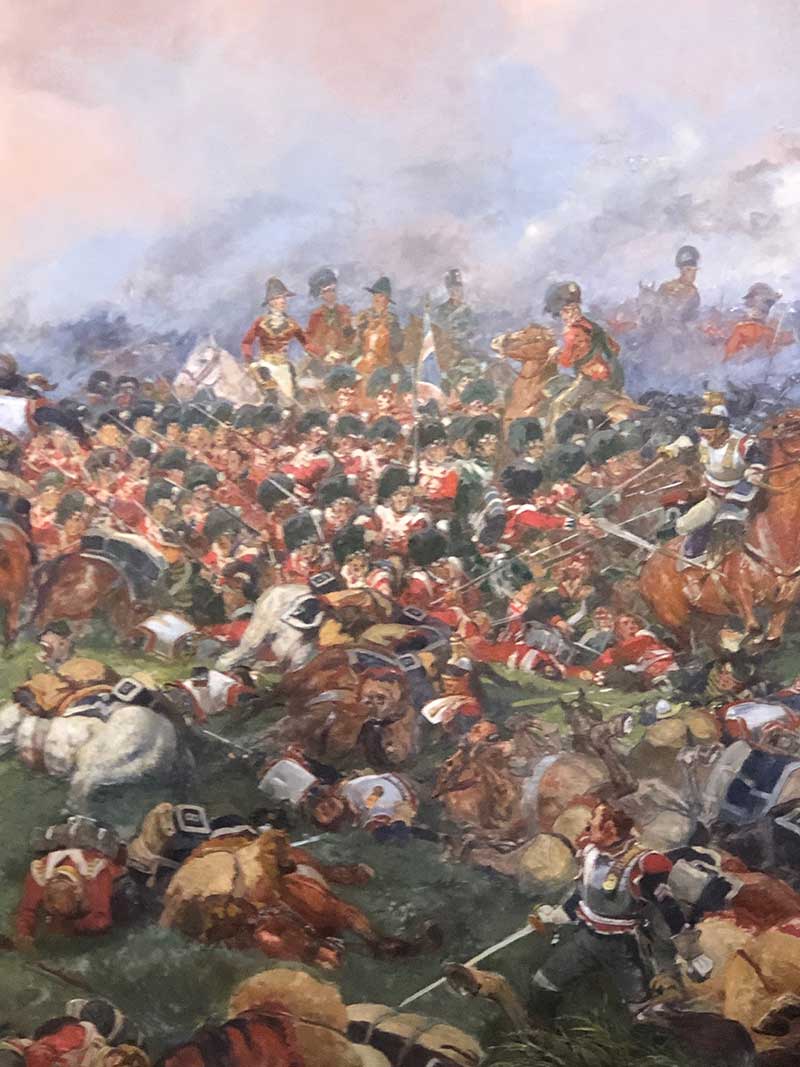 One panel of an enormous diorama of the battle 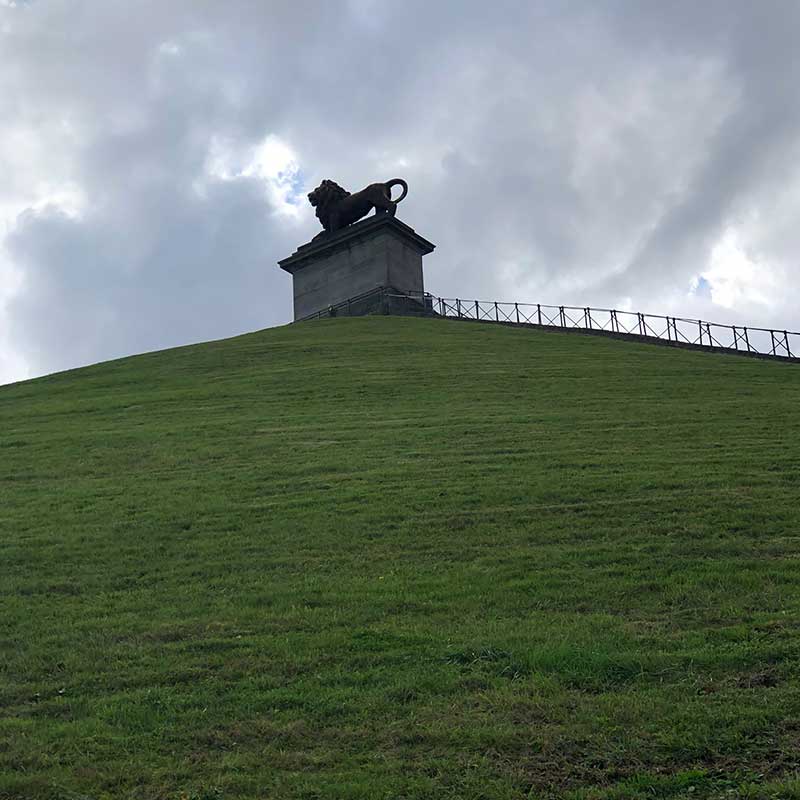 A memorial to all who fought at Waterloo 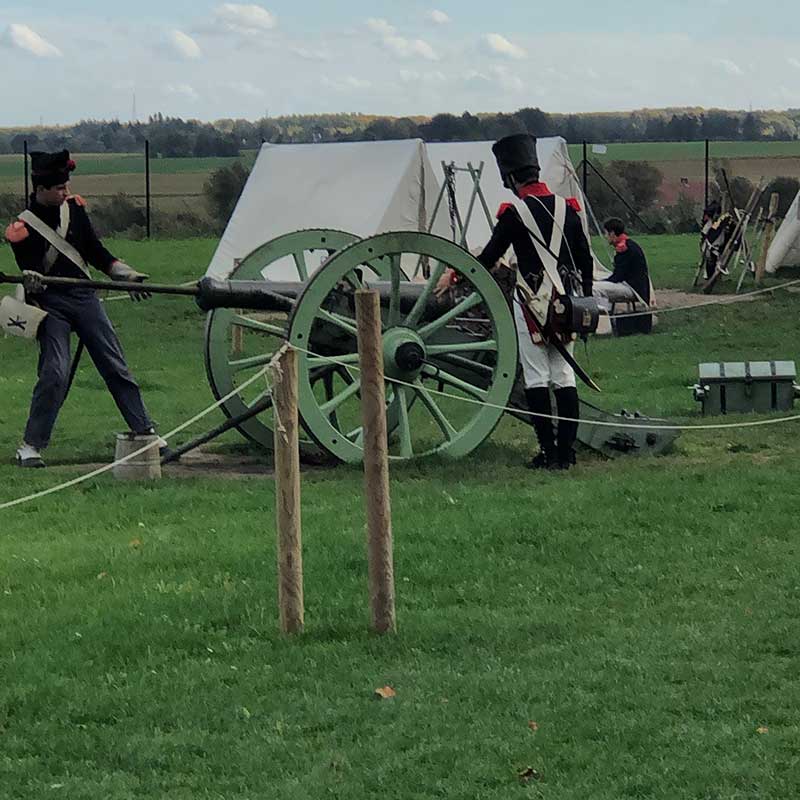 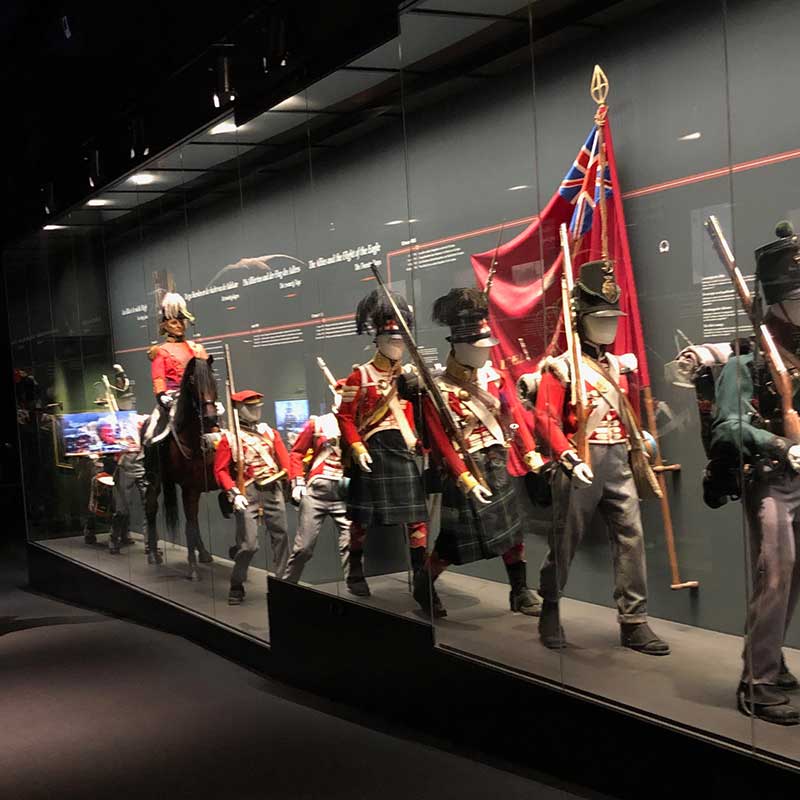 We collected Chihuahua Coco from Aix en Provence and drove her to London. This little lady is a frequent Animalcouriers traveller, as she and owner Stacy split their time between London, France and North America. Stacy admits that Coco doesn’t really like travelling, but knows it has to be done. It’s taken us a few trips back and forth with Coco to come to an understanding. These days, she finds little walks and chats with courier M quite enjoyable — but she doesn’t let on, of course! 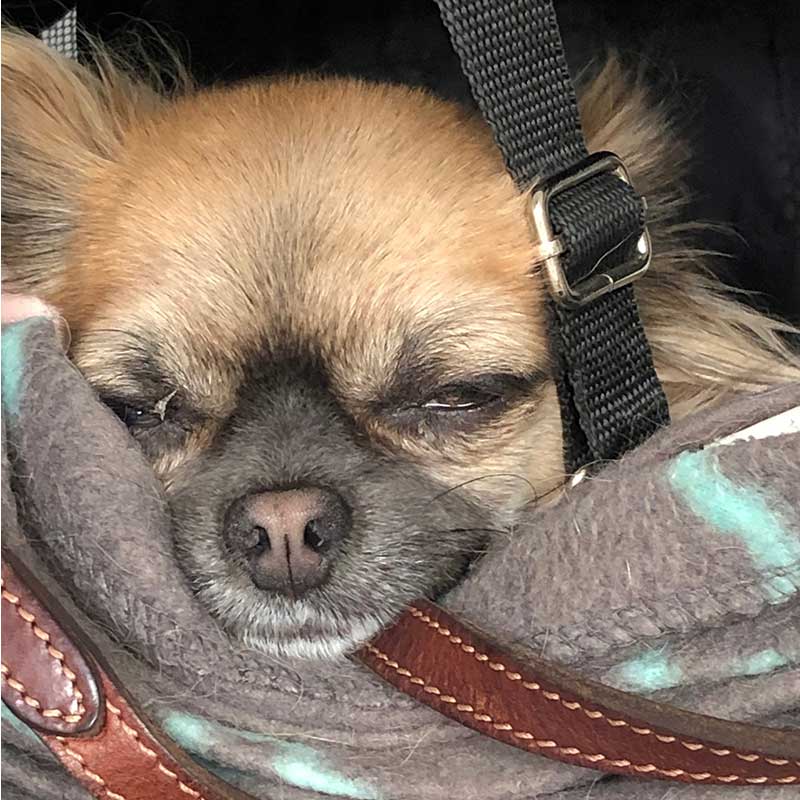 Coco loves snuggling up in her cosy carry bag 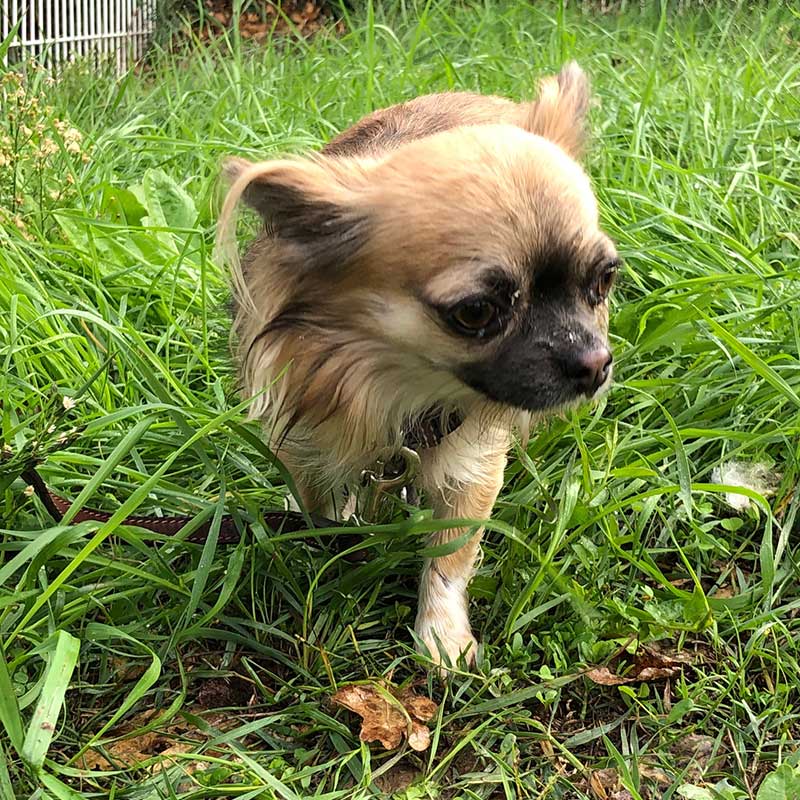 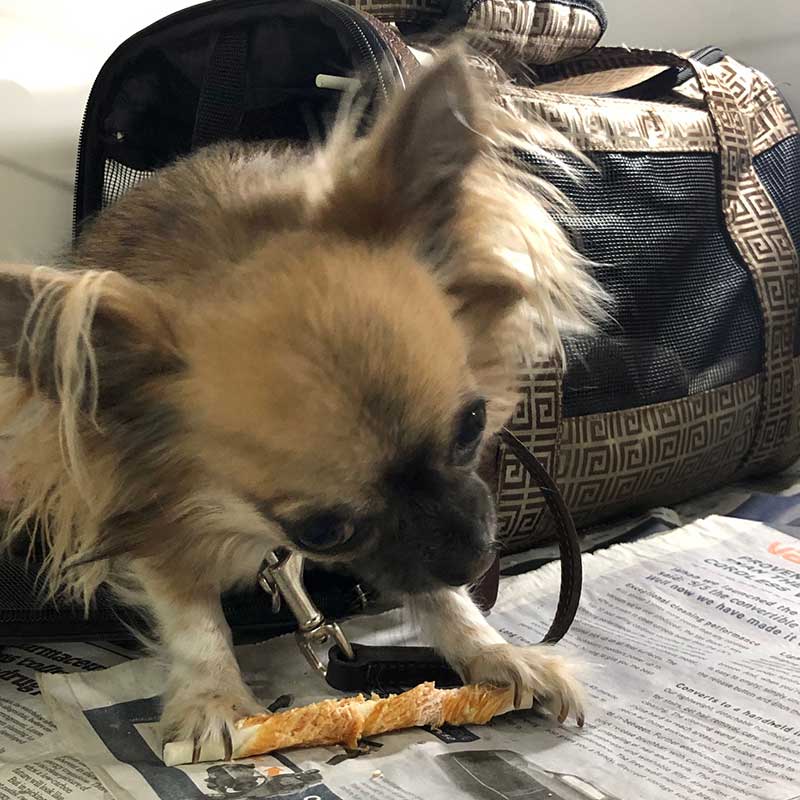 Coco with one of her favourite bacon-wrapped chews. Her method is to unwrap and eat the bacon and discard the chewy stick!

We collected handsome Boxer Rory in Brussels, where he lives with his owner, a European Commission lawyer. She’s returned to Glasgow and wanted Rory with her. 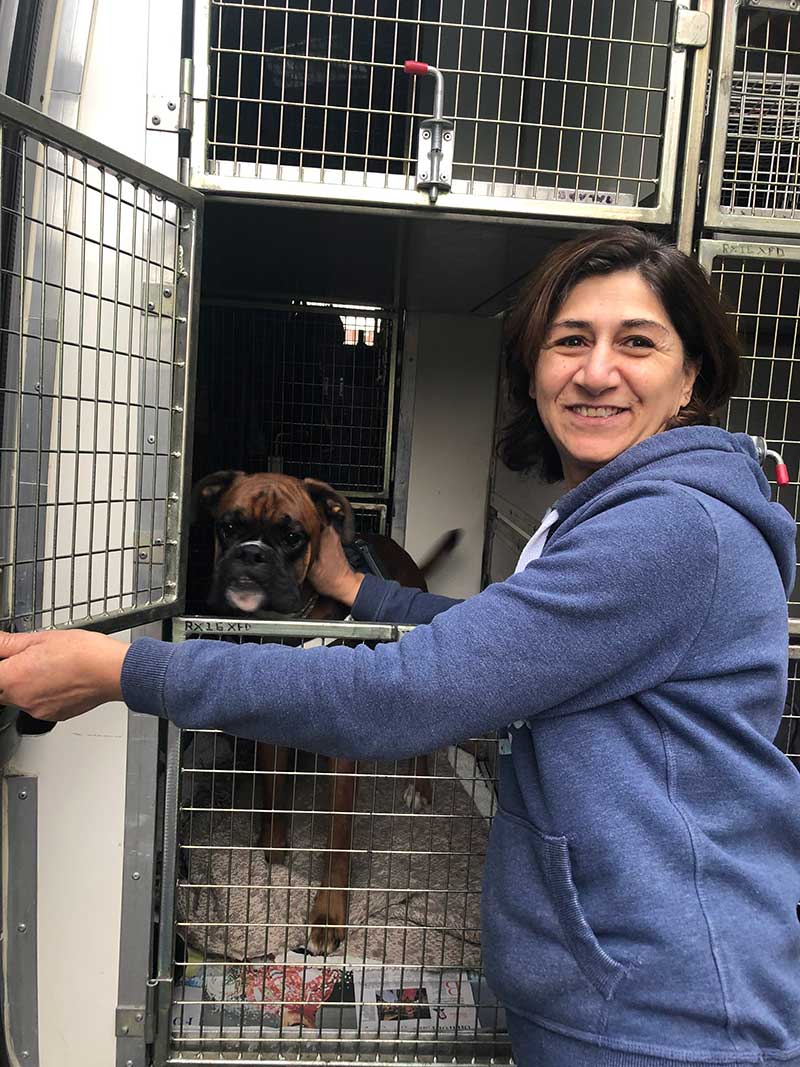 Rory being seen away by his owner’s housekeeper