The story of Emilio from Lisbon

We recently collected handsome Siamese cat Emilio from Lisbon and delivered him to his new home in Harrogate. The story behind Emilio’s relocation is rather a sad one, which his family have invited us to share.Emilio was adopted by Rachael and Rob in Lisbon four years ago, when his original owner moved to China. Rachael and Rob adored Emilio, and he was central to their plans to move back to the UK from Portugal in 2020.Tragically, Rob passed away in September at the age of 31, shortly after being diagnosed with a brain tumour. Rachael moved back to the family home in North Yorkshire, and her mum, Linda, sprang into action to get Emilio back to the UK for a reunion with Rachael.Linda describes it as ‘an organisational nightmare’. Emilio’s rabies vaccination was out of date, and the local vet advised the family that they needed to take the threat of a ‘no deal Brexit’ very seriously, and get Emilio back into the UK before 31 October.With the help of friends and advice from us, they managed to get Emilio vaccinated and travel-ready. He was collected by courier Glenn in Lisbon in mid October, and transported across Spain and France. He boarded at a cattery in Calais until he could cross the Channel. Couriers J and M collected Emilio in Calais a few days ago, and drove him to Harrogate.Linda takes up the story:“Emilio was reunited with Rachael here in North Yorkshire on 30 October, two days after Rob’s funeral. You were brilliant. It meant the world to us to have pictures and videos of Emilio as he went on his ‘road trip’ and boarded at Calais. You constantly gave us sensible, helpful advice and reassured us when we were panicking.Emilio is now happily settling into his new home and showing no signs of stress at all. I would recommend you wholeheartedly to anyone who needs to transport a loved pet across borders. We thought your charges were very reasonable considering the service you offered. Nothing can take away the pain of Rob’s death, but you brought a bit of light into a very dark situation and we are very grateful.” 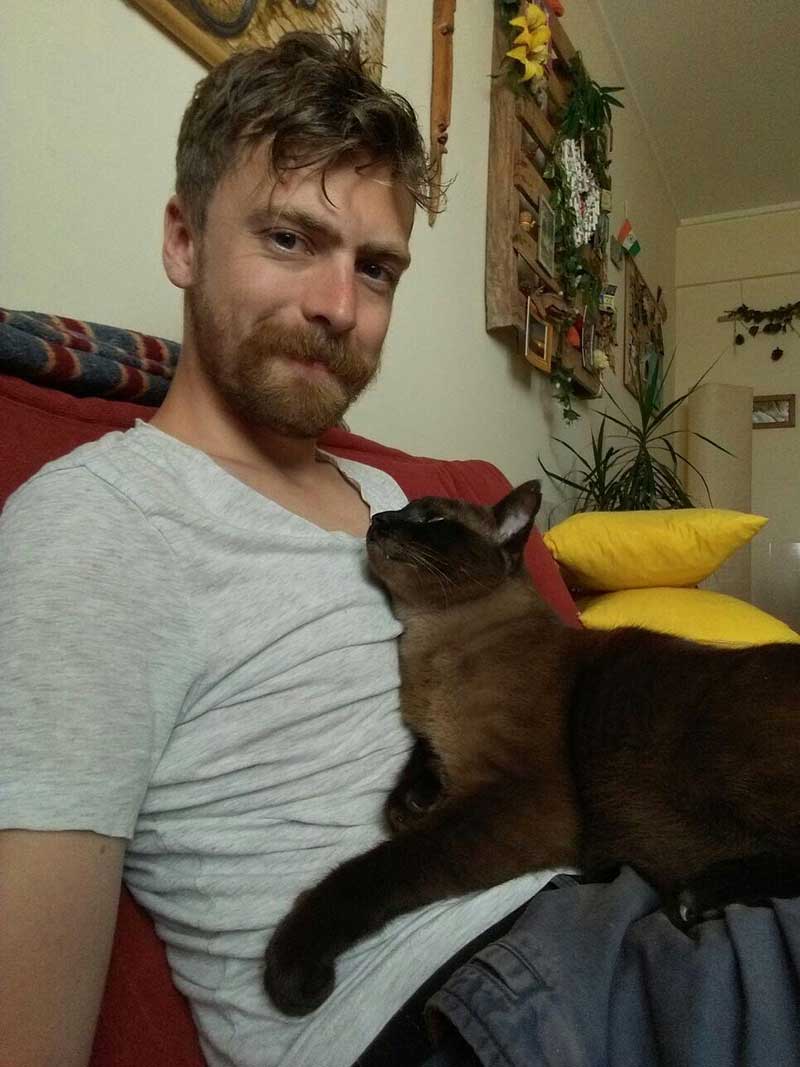 Linda very thoughtfully sent some beautiful photos. This is Rob, getting an adoring look from Emilio. 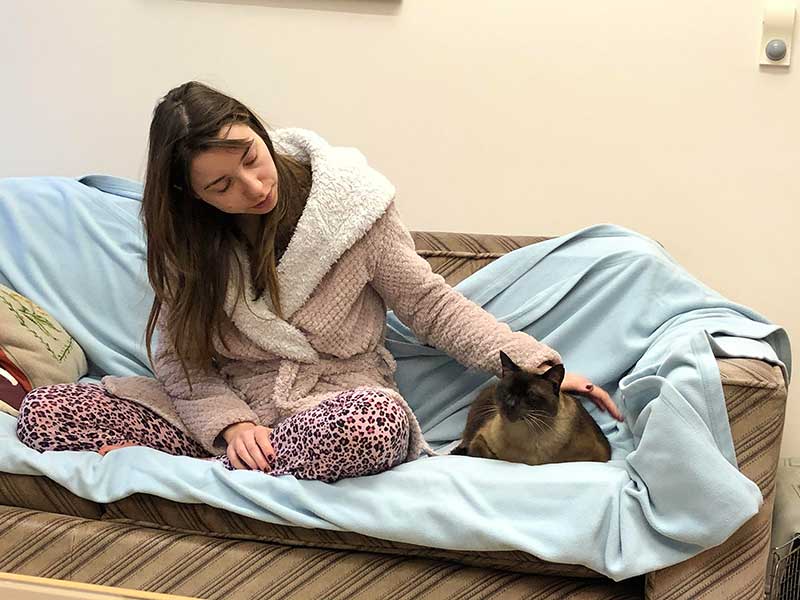