Courier Sarah recently undertook a couple of short trips, collecting two cats from the Côte d’Azur and a dog from Ancona.

Both cats, Cleo and Sofia, were gorgeous girls who took travelling in their stride. Courier S was responsible for their trip to the wonderful French city of Dijon, where courier Glen took charge of the rest of the journey to the UK.

Darling tabby cat Cleo has been living in the vibrant sea port city of Marseille. With her family relocating to Flintshire for work, they asked us to transport Cleo to the UK on their behalf. 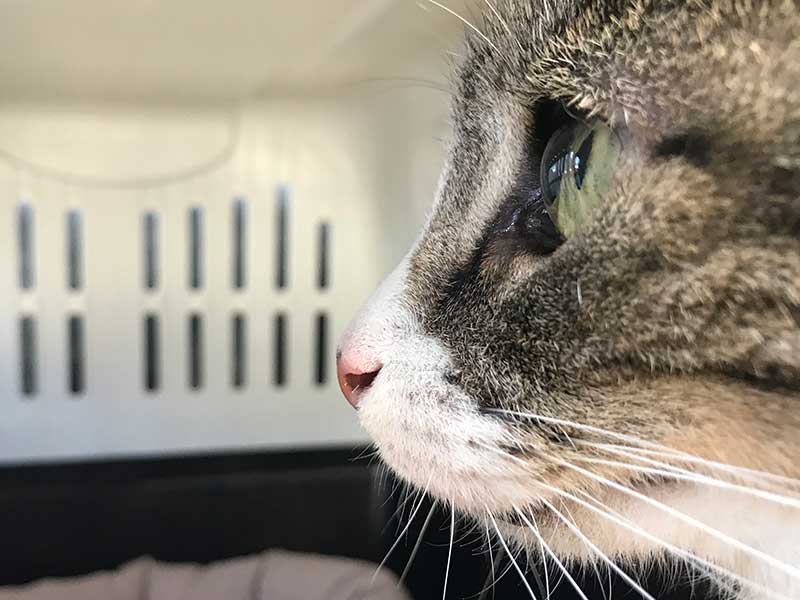 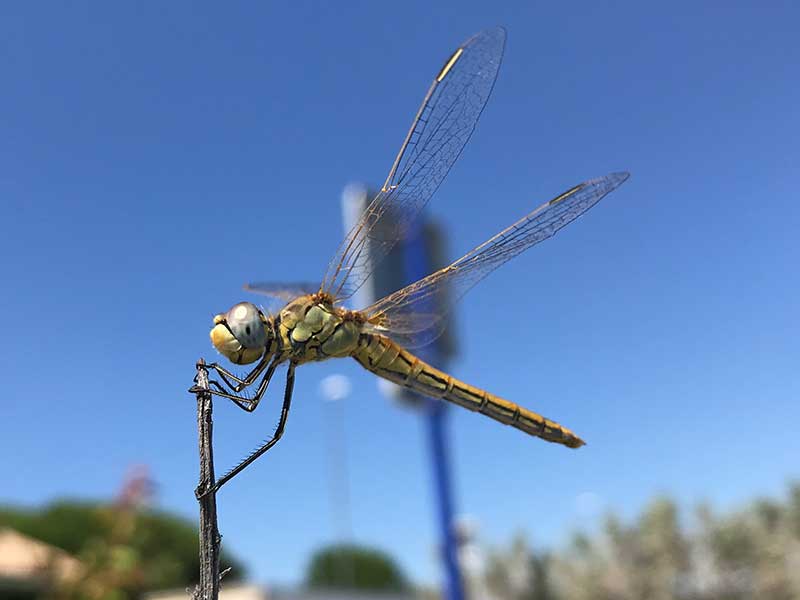 When we stopped for lunch, dragonflies made enthralling watching for Cleo 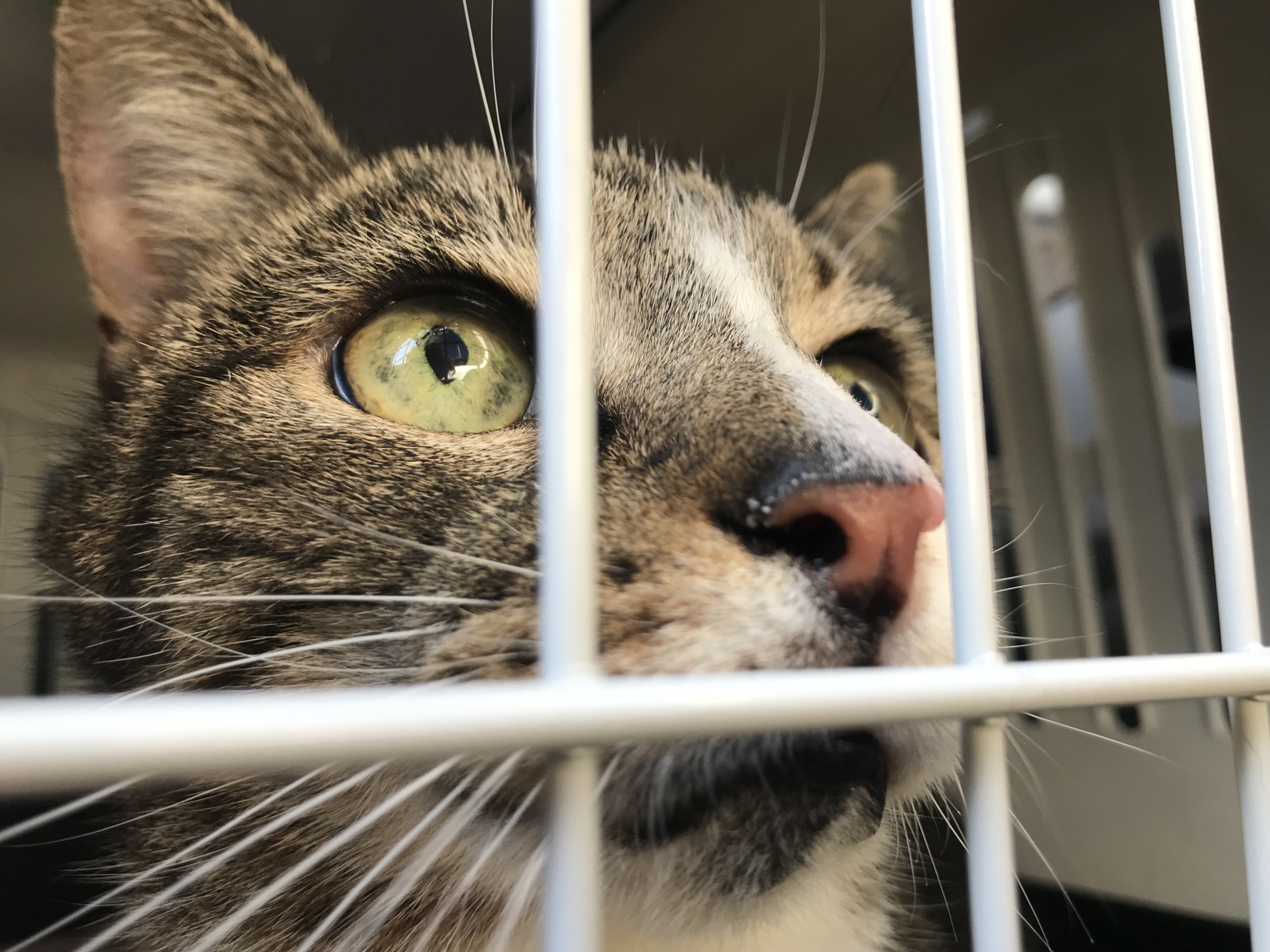 Cleo, rapt as she watched the dragonflies

Beautiful black puss Sofia is swapping life in a cliff-top villa near Saint Tropez for Dorset, as her owner is relocating to the UK to pursue a master’s in film production. 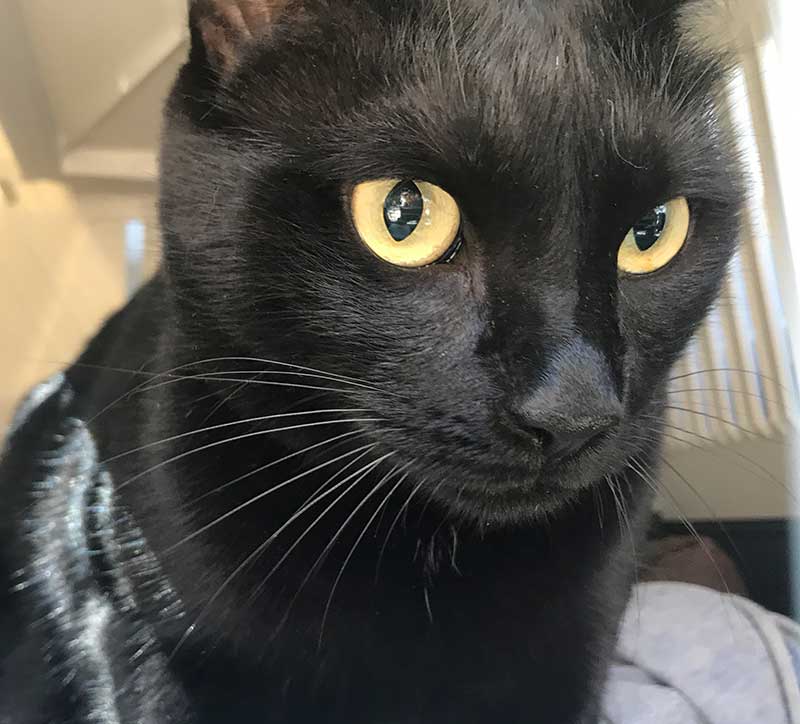 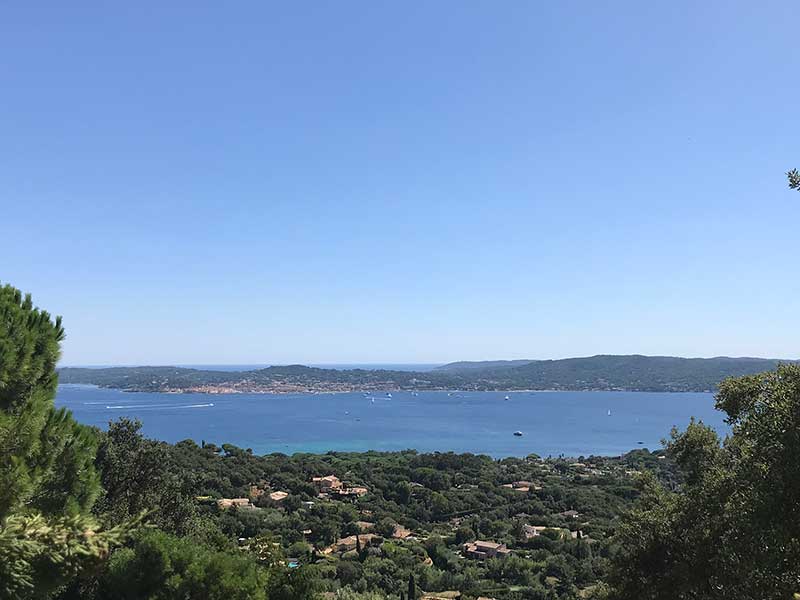 The view she’s leaving behind 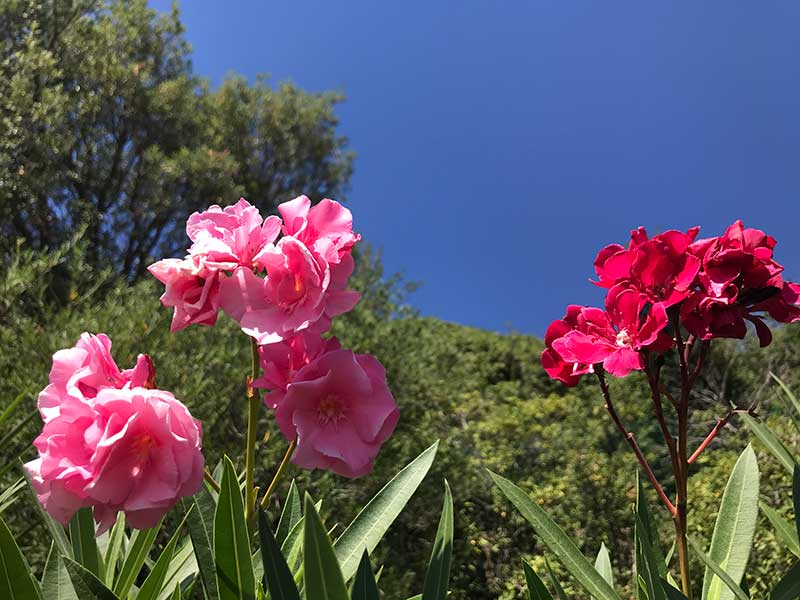 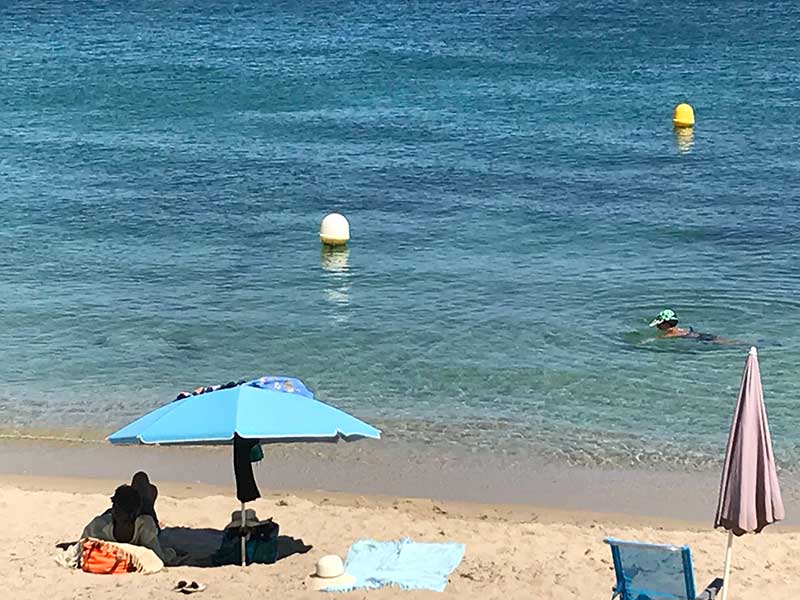 On a separate trip, young Roberto (Robbie to his friends) travelled with courier Sarah from the Italian city of Ancona to London. It was love at first sight, especially given the heart-shaped white patch on the top of Robbie’s head!

Robbie hails from Borgo Pace and has been raised by a British family who have a holiday home there. He’s quite a character and, fortunately, loves being on the road, so thoroughly enjoyed our lengthy drive through Italy and the Alps.

We stopped for the night in the French city of Troyes and took a delightful walk through picturesque orchards. An early start the next morning, and a speedy trip through the Channel Tunnel, meant Robbie was reunited at his new home with his family. They had thoughtfully flown on ahead to make sure everything was ready for Robbie’s lunch and an afternoon play in the park. 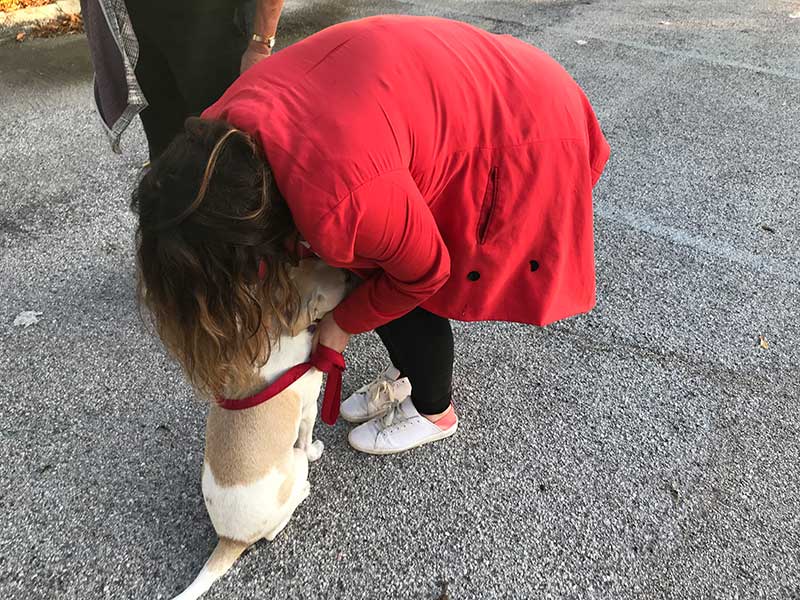 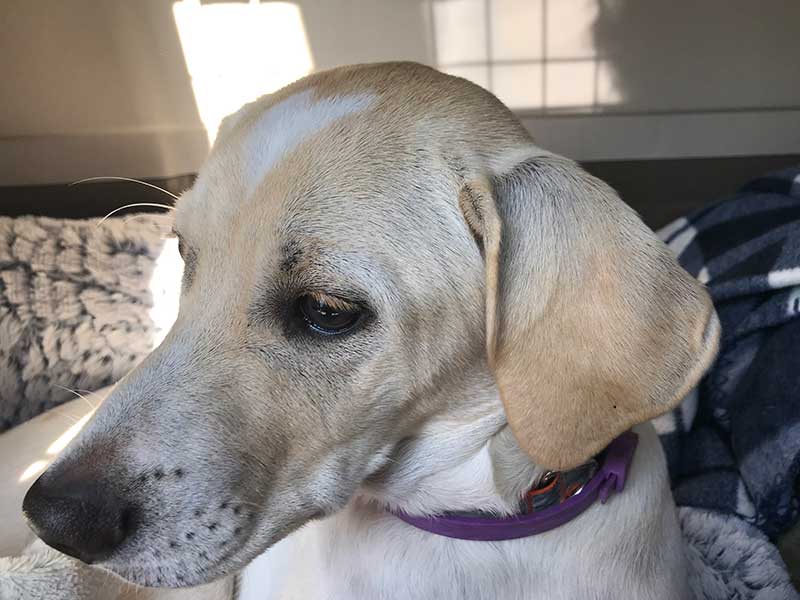 Robbie wears his heart on his head 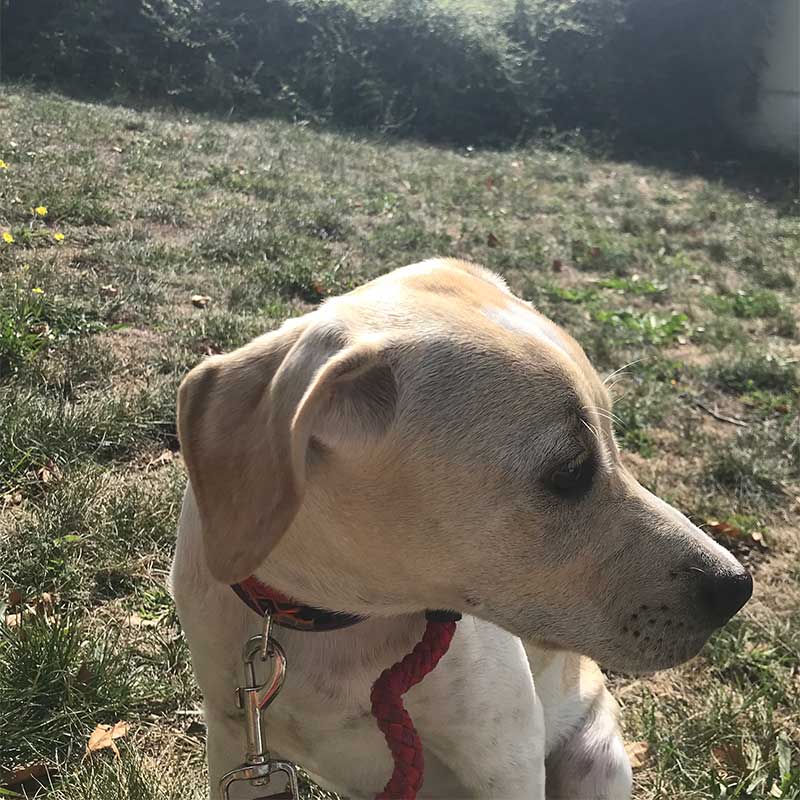 A tranquil walk in the mountains on the way 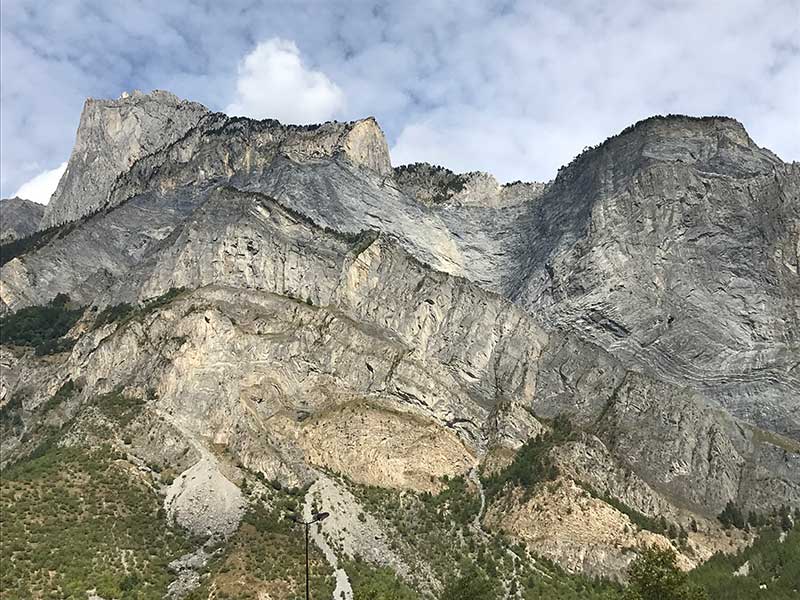 A craggy scene or, as courier Sarah saw it, a sleeping dragon! 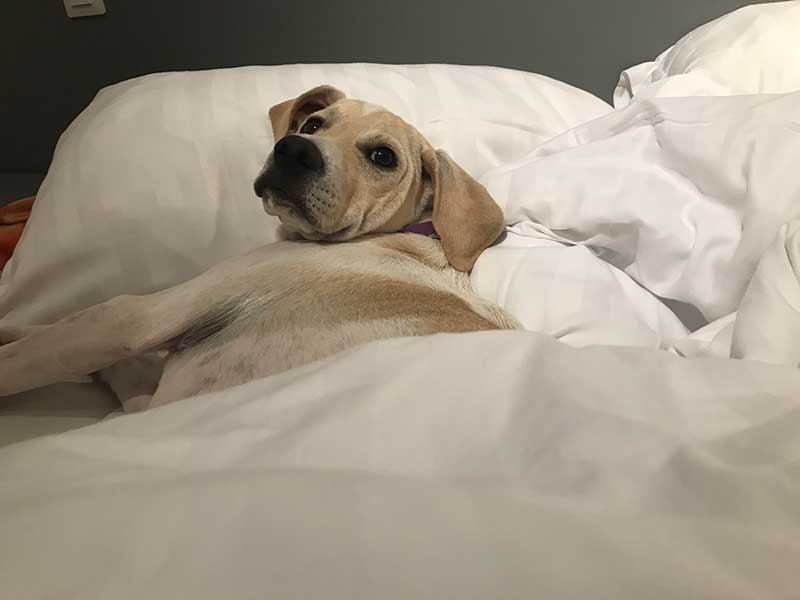 Who stole all the covers?