Meet our delightful passengers from Portugal and Spain

Courier Richard made the journey to the UK with delightful passengers from Portugal and Spain on board. Among them were a number of regular and returning Animalcouriers passengers; as well as Alfie, whose heart-stopping story has a happy ending.

Sweeter than candy and full of bounce, young pup Rusty travelled with us from Braga in Portugal to new owner Elizabeth in West Sussex. He had a couple of nights homeboarding with courier J, who found him a most delightful distraction! 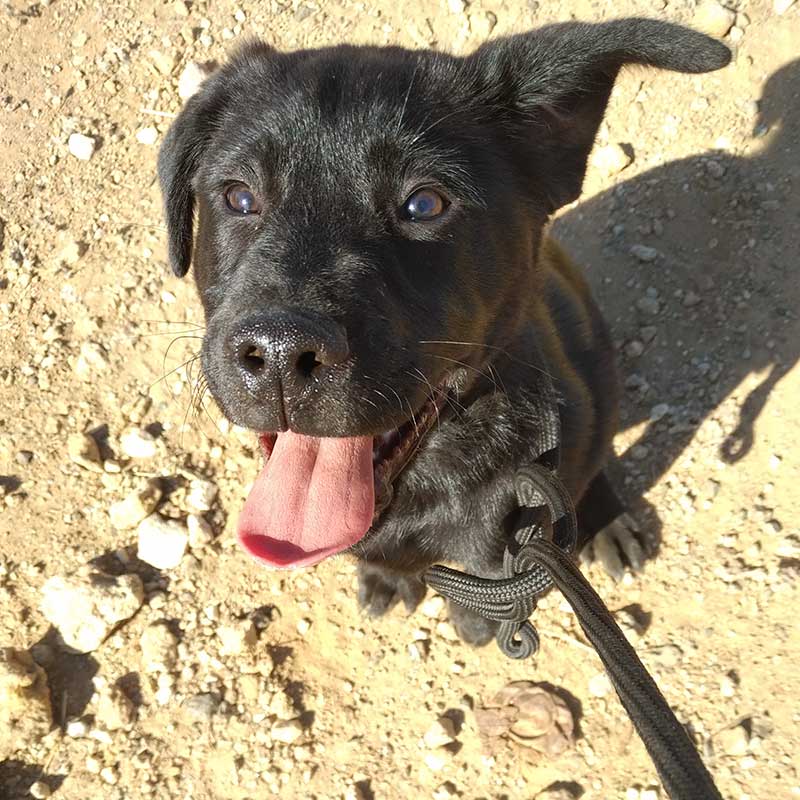 Lovely personable cats Chilly Boy and Bea are Colin’s constant companions. Colin and his family have returned to the UK after five years working in Ventosa, Portugal. First stop on returning was Colin’s daughter’s graduation. Chilly Boy and Bea stayed with Animalcouriers until Colin collected them and took them home to Dorset. Colin dropped us a note, saying:

“Just a final thank you for all your help in bringing Bea and Chilly Boy back to the UK. I collected them today and they are now at home and still talking to me. Great people and great service. Well done to all your team. All best wishes, Colin, Izzy, Bea and Chilly Boy “CB”!!!” 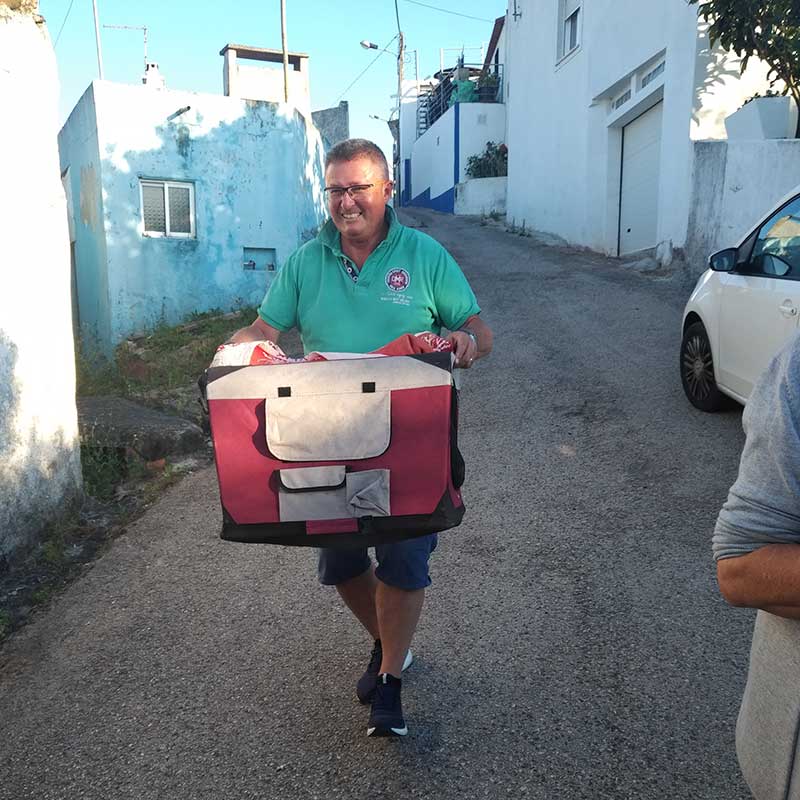 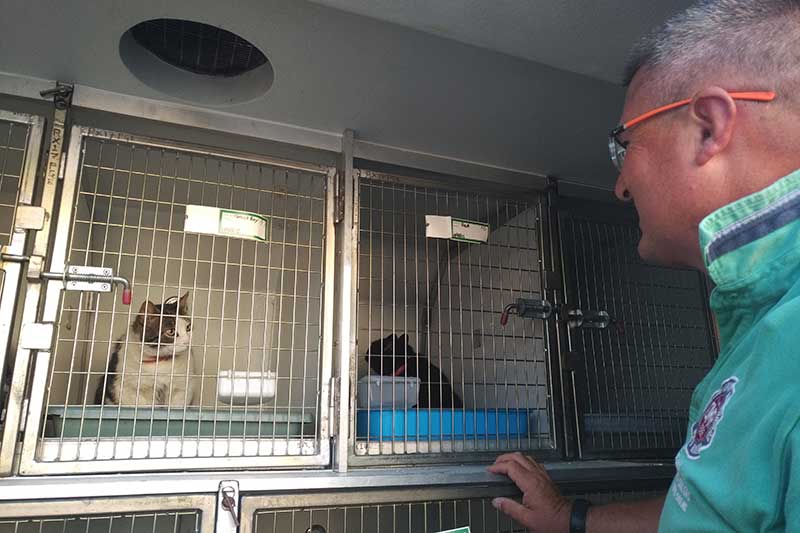 Colin asked for the cats to travel in separate bedrooms, to avoid any spats en route. Here he is saying a temporary goodbye to Chilly Boy on the left, and Bea on the right. 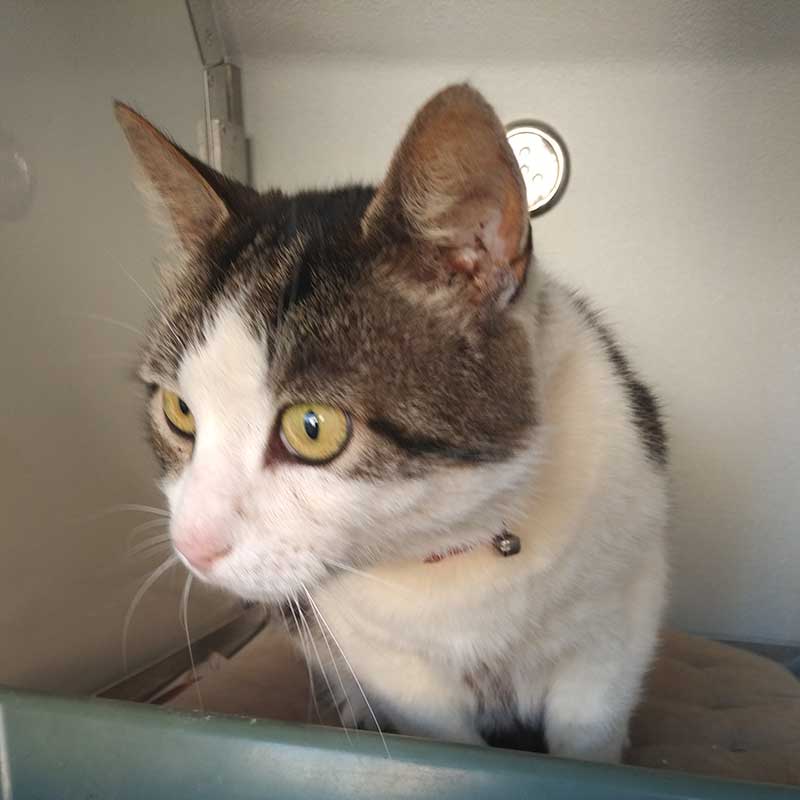 Billy Bean and Bella are returning Animalcouriers passengers. French Bulldog Billy Bean is full of character, while beautiful Bella is a super friendly cat. Owner Maria’s father-in-law and family friend Peter met us near Loulé on the Algarve to hand these precious pets over for their journey. 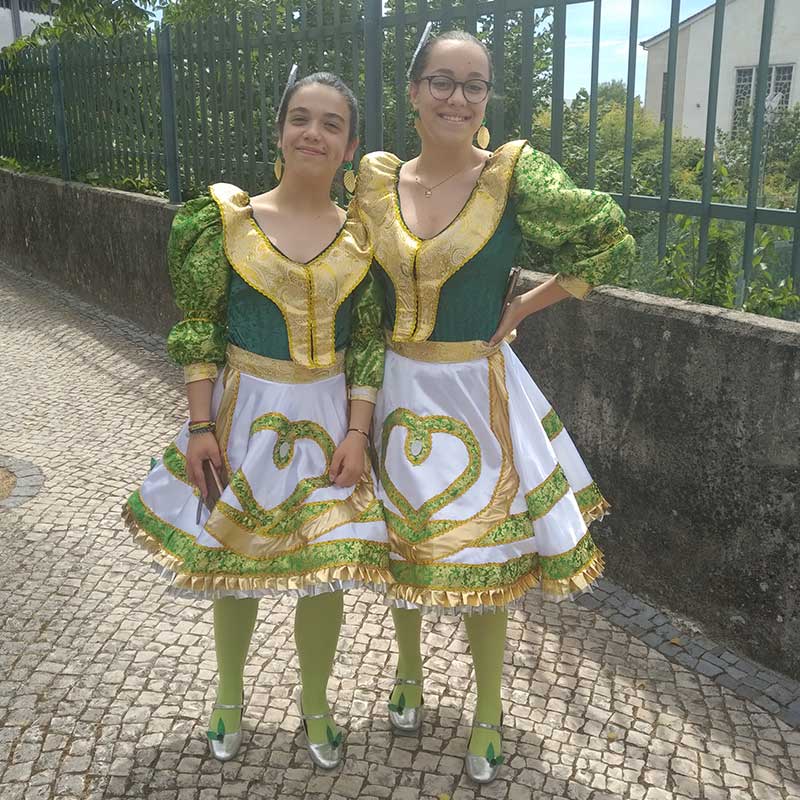 While waiting for Billy Bean and Bella, courier Richard came upon these two sisters, with their mum and grandma, all dressed in traditional finery 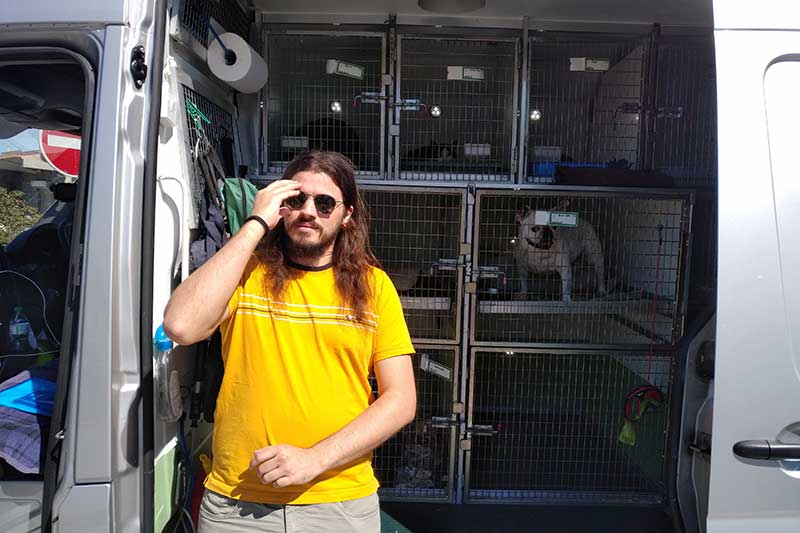 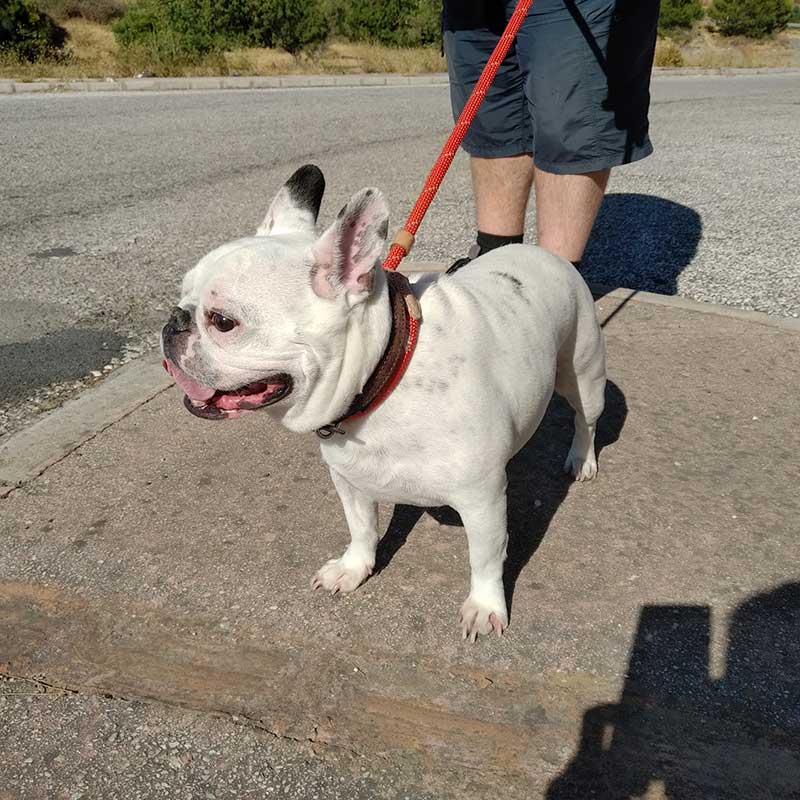 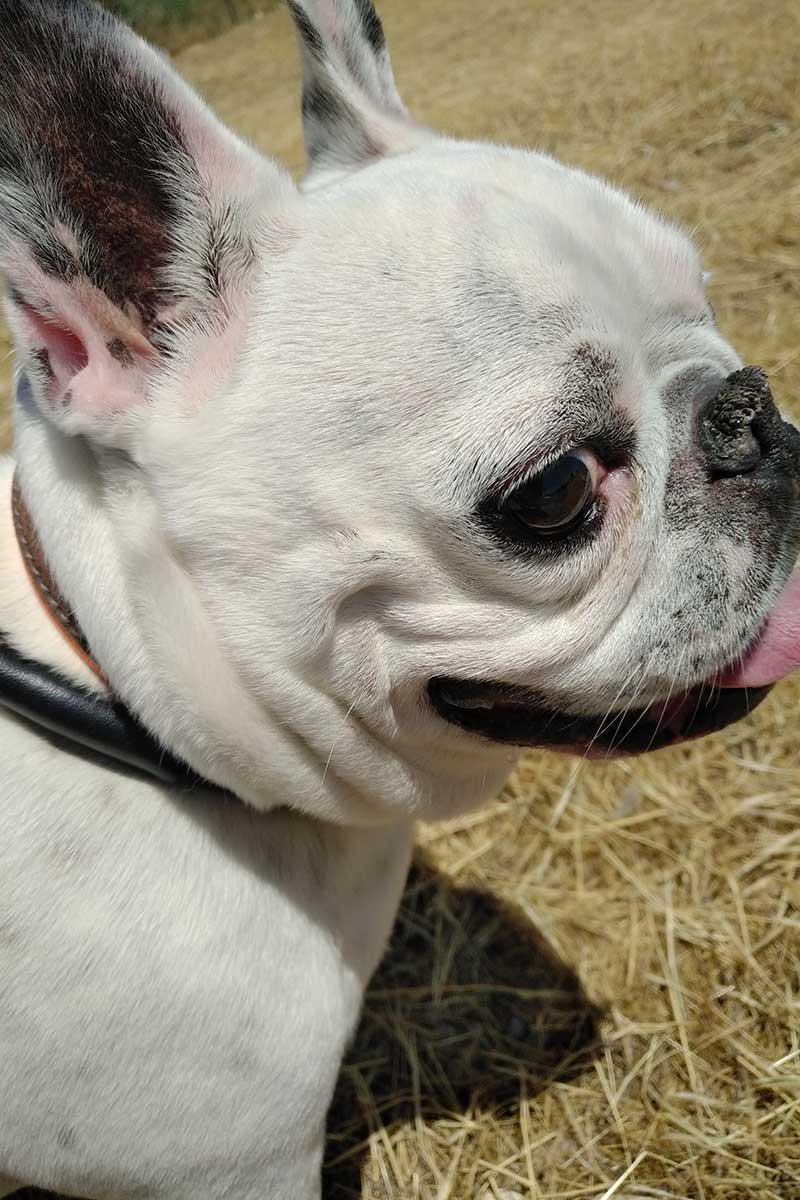 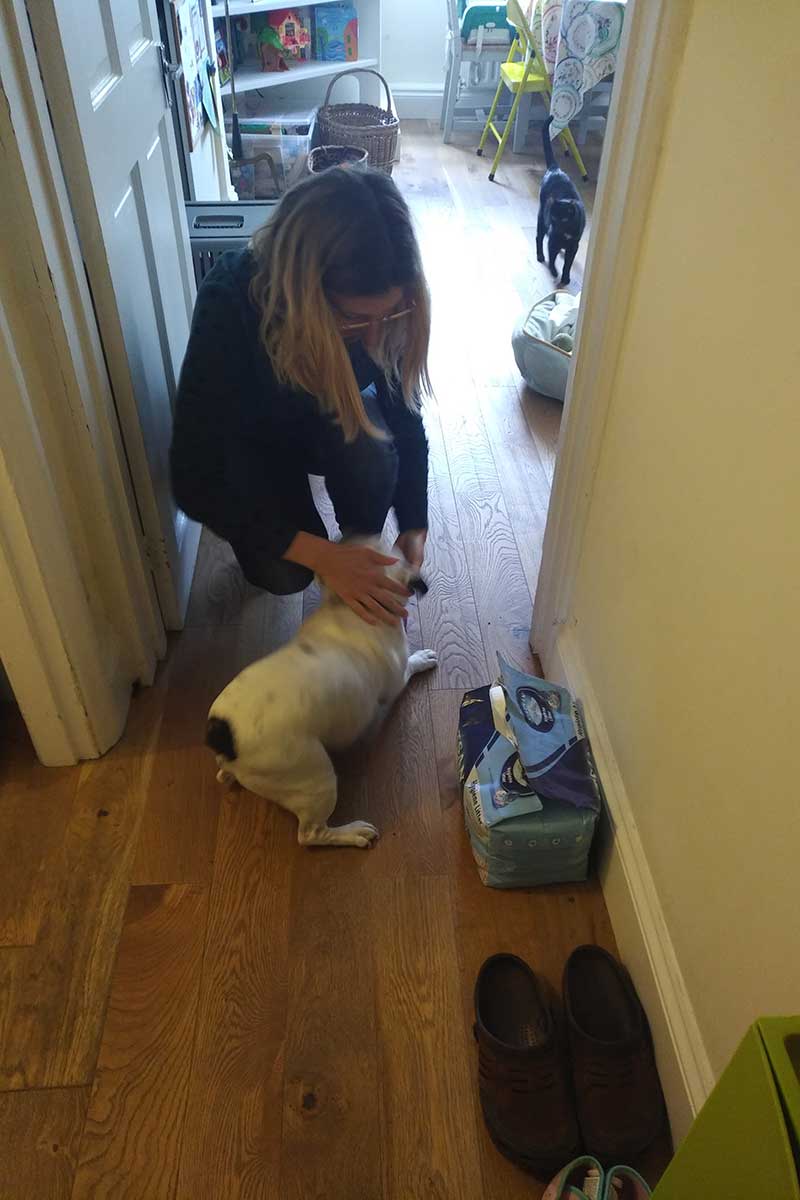 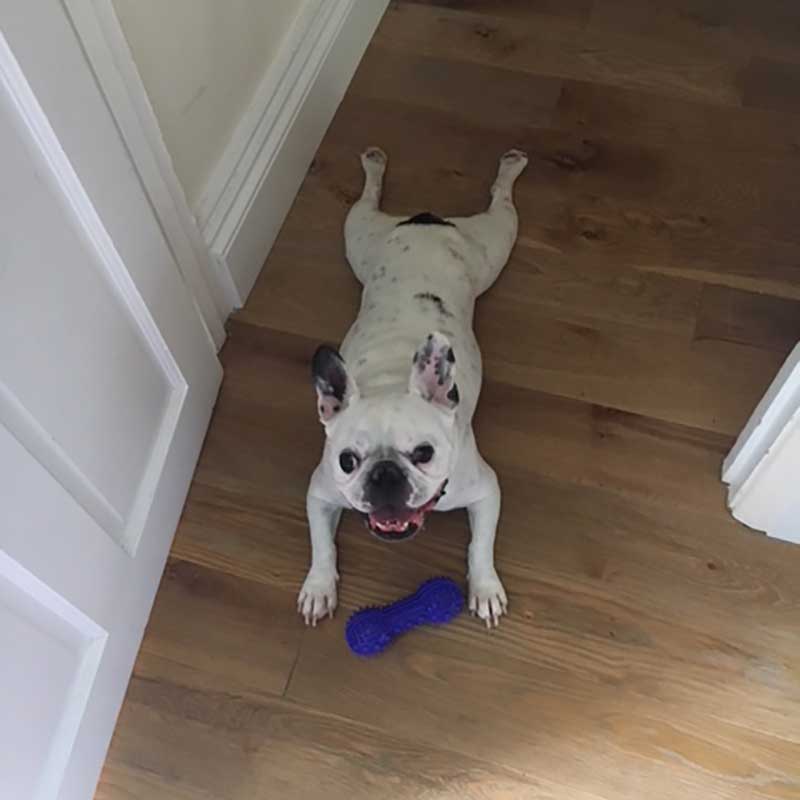 Maria wrote to say: “We are very glad to have our loved pets with us. They were calm and happy at arrival.” 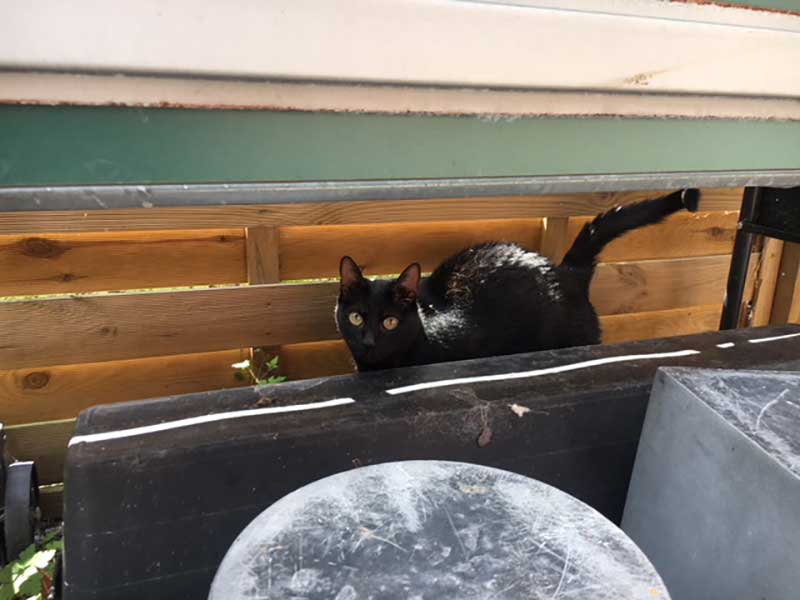 Maria sent this rather good photo of Bella exploring the garden

It was a pleasure to welcome King Charles Cavalier Charly back on board. One of our most regular passengers, this splendid fellow and owners Marina and Anthony split their time between London and Marbella, Spain. 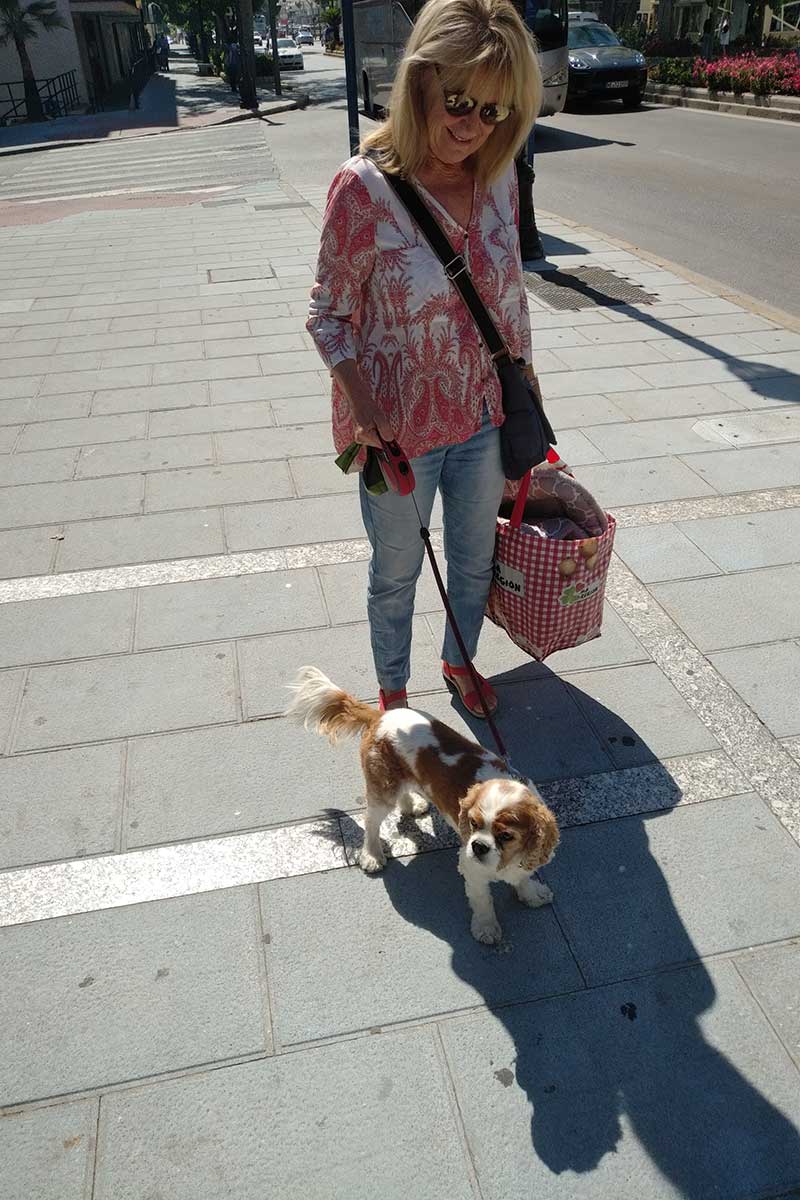 Marina and Anthony had gone on ahead, so Charly was cared for by Elizabeth until we could collect him

Handsome puss Lucky has been boarding at the Petcare Pet Hotel in the Malaga area since February, while owner Hazel searched for a property in Portsmouth that allowed pets. Finally she’s succeeded, and is very excited that Lucky is on the way to join her. 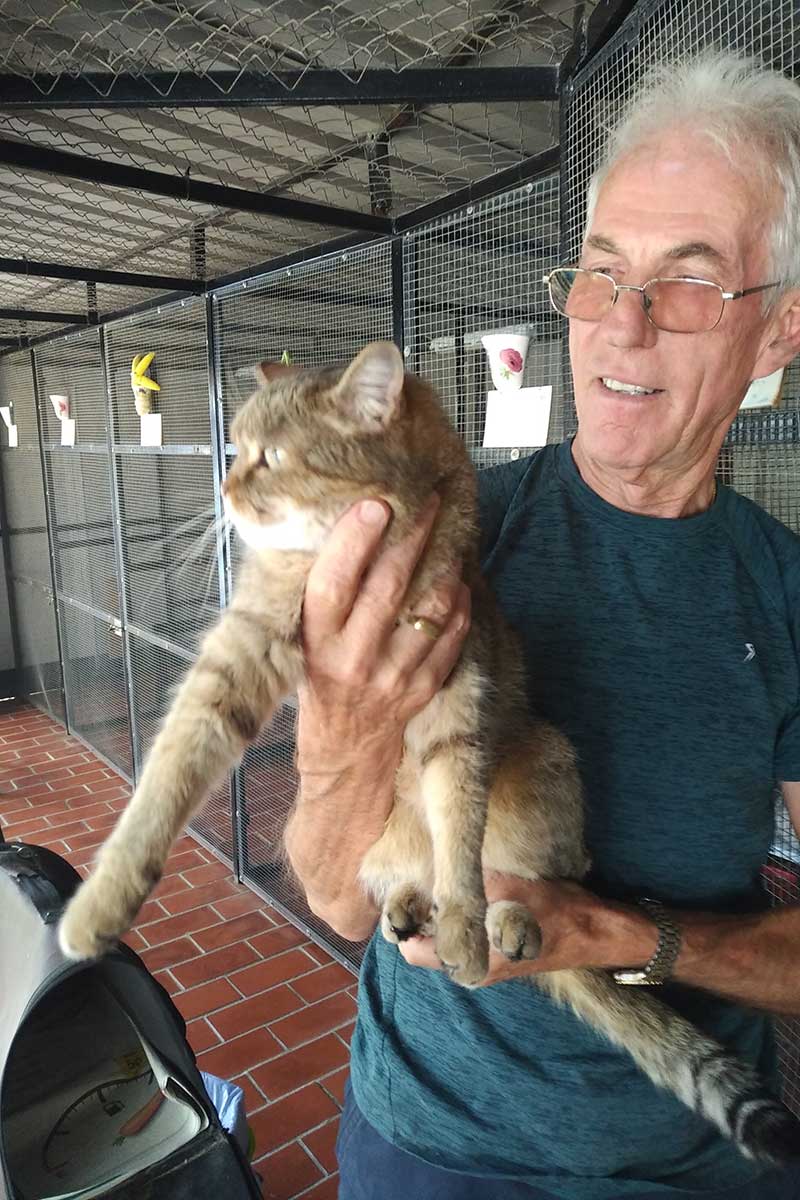 We stopped off in Roquetas de Mar to meet adorable four-year-old Labrador Lucas, travelling to the UK with us while owner Isabel followed on by plane. Lucas is very enthusiastic about meeting people and having a good sniff while out walking, so he certainly made the most of his trip with us. 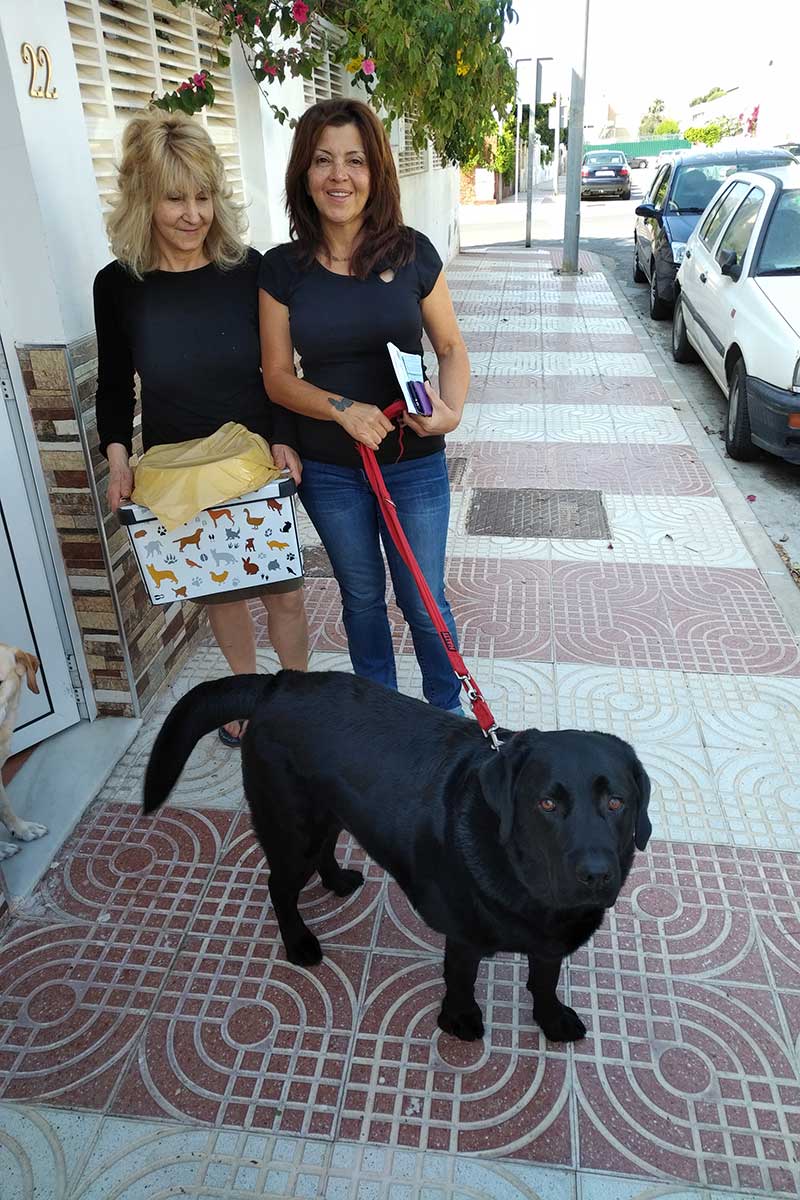 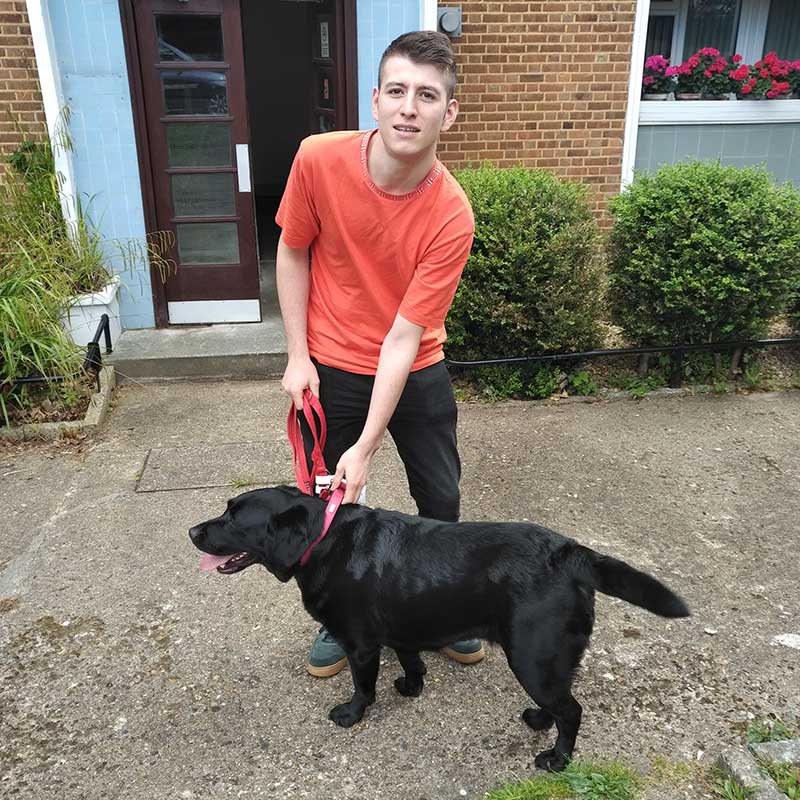 A last-minute addition to our trip was dear Alfie in Nerja. Alfie and his owners were unfortunately involved in a car accident on their way home from holiday. During the immediate aftermath, Alfie took off and was nowhere to be found. His poor owners had to return to the UK, pretty much giving up hope of ever seeing him again.

Somehow, though, clever Alfie found his way back to the empty holiday villa they had been staying in. A truly brilliant neighbour, Cynthia, managed to gain Alfie’s trust. She looked after him and worked with a local vet and Animalcouriers to make a arrangements for him to travel to the UK for a reunion with his overjoyed owners. 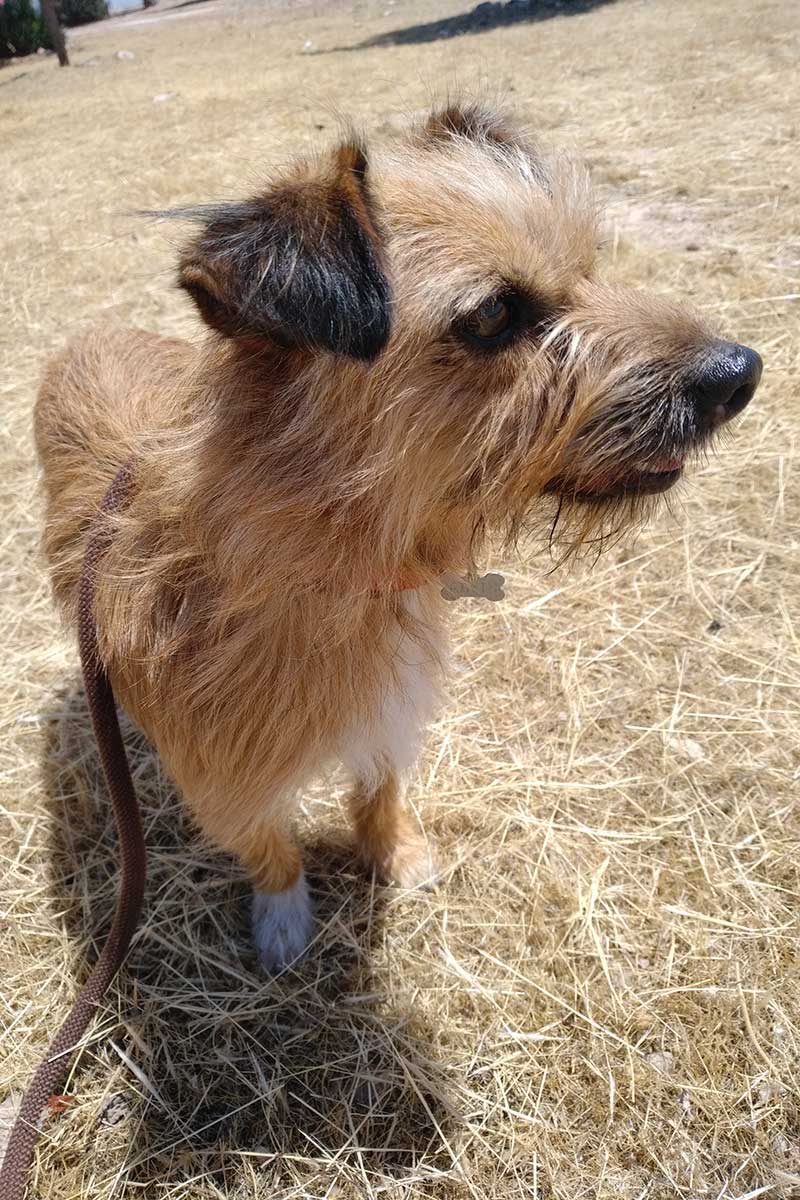 We picked up tabby-and-white puss Nadia, another returning passenger, from Guardamascotas, kennels and cattery in Valencia. Her owner, Richard, is so besotted with her, he sent us a photo of her on the pretext of making sure we collected the right cat! 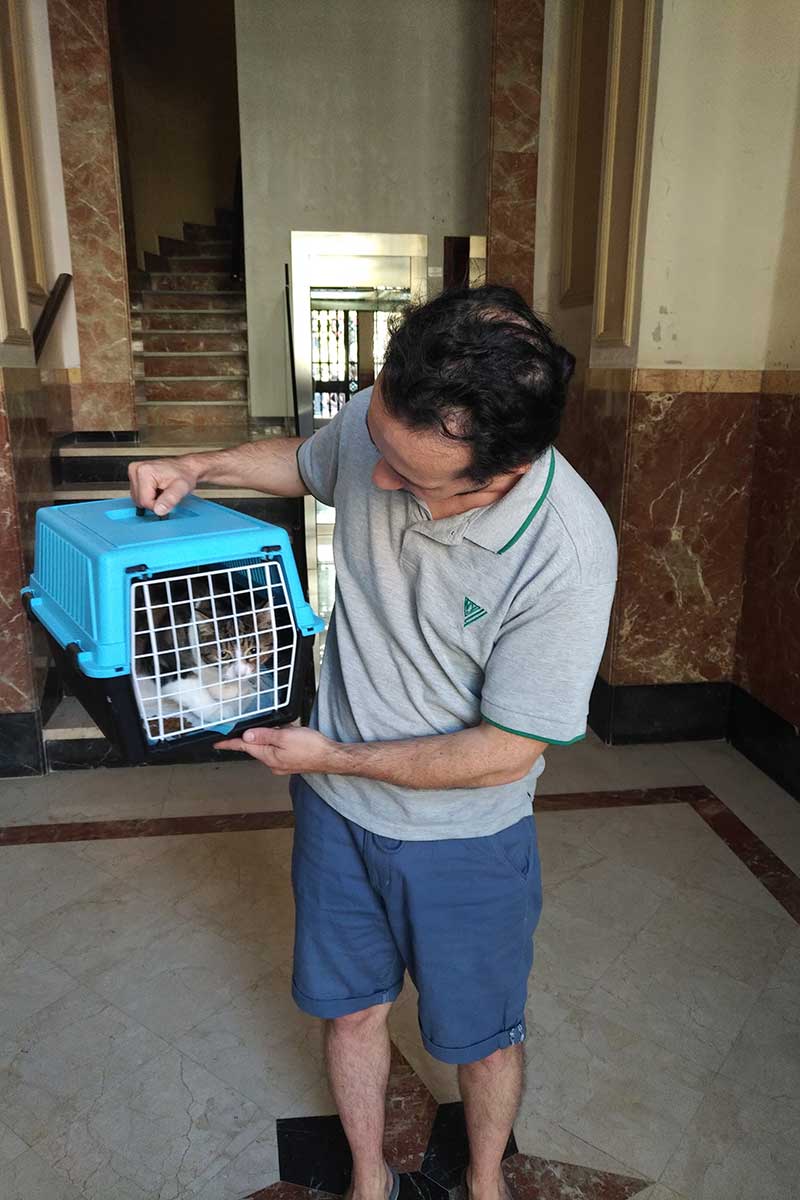 We did collect the right cat 😀 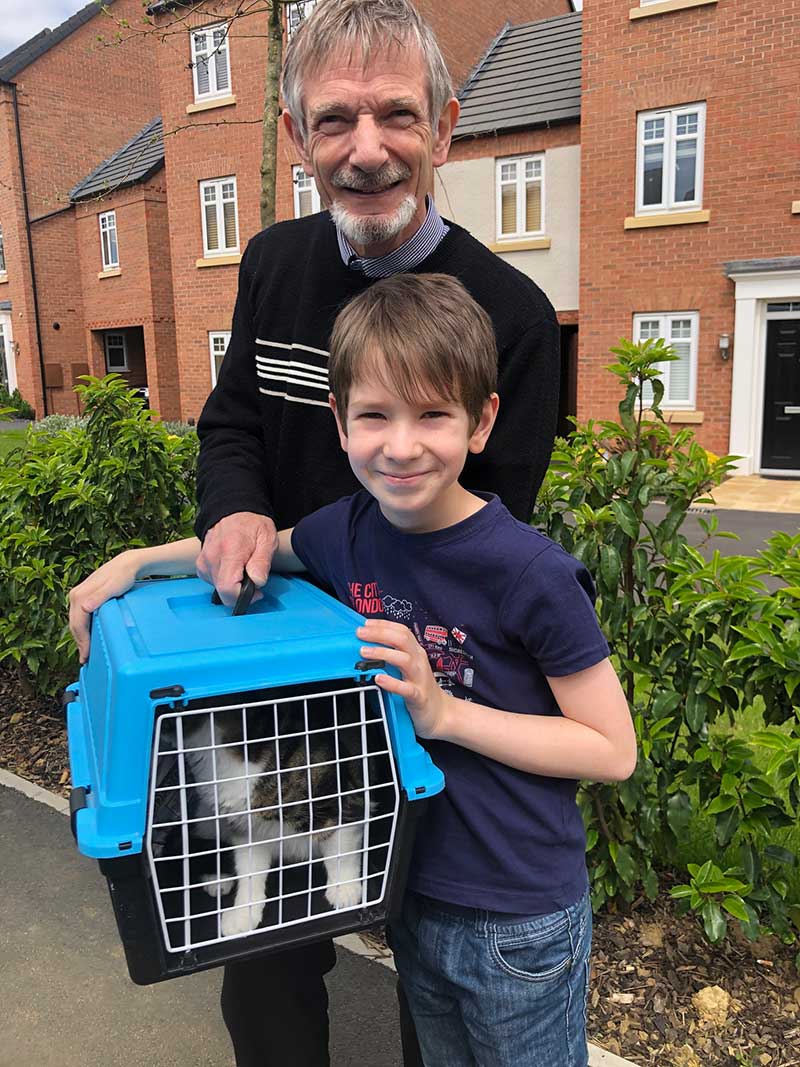 Tortie cat Phoebe, our final collection, has also travelled with us before. We brought her to Madrid for owner Heather when she moved to Spain for a teaching job. Now Heather is returning to South Norfolk, and we had the pleasure of welcoming Phoebe back on board. 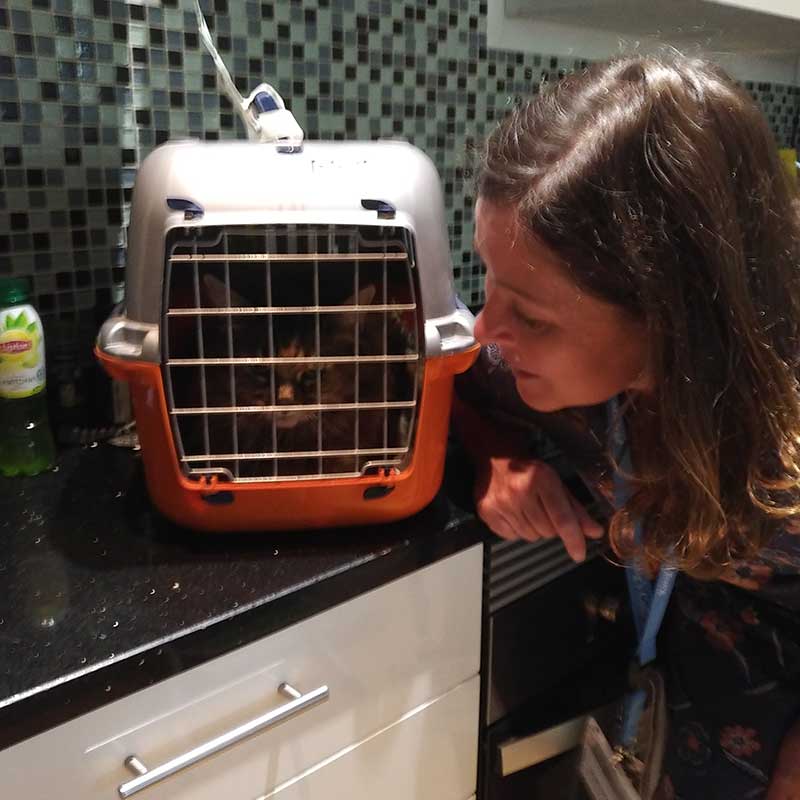