Return trip from Greece with nine dogs on board

Once Courier Richard had seen Pasha, Laki, Boz, Blue and Coco settled in at Chris’s Animal Hotel, in Athens, he handed over to couriers J and M for the return trip from Greece with nine dogs on board. Among them are a number of holiday romances heading to new homes in the UK.

Couriers J and M had time to enjoy the sights and sounds of Glyfada market before meeting their passengers. 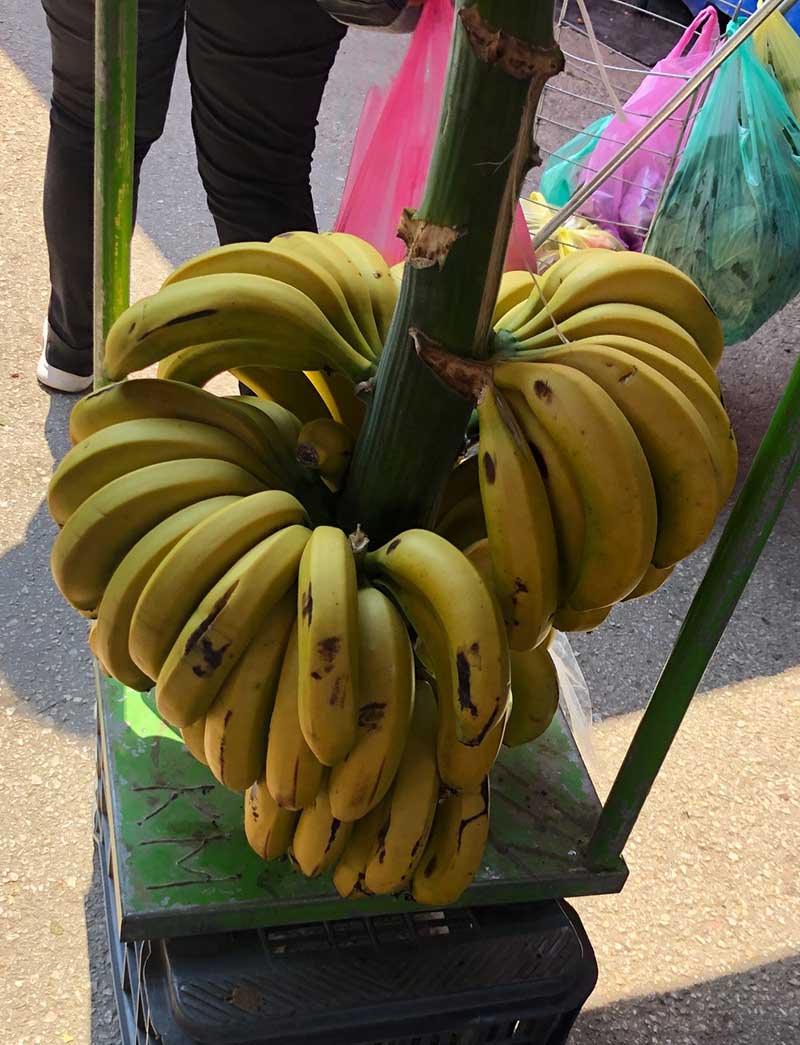 A nifty way to display bananas 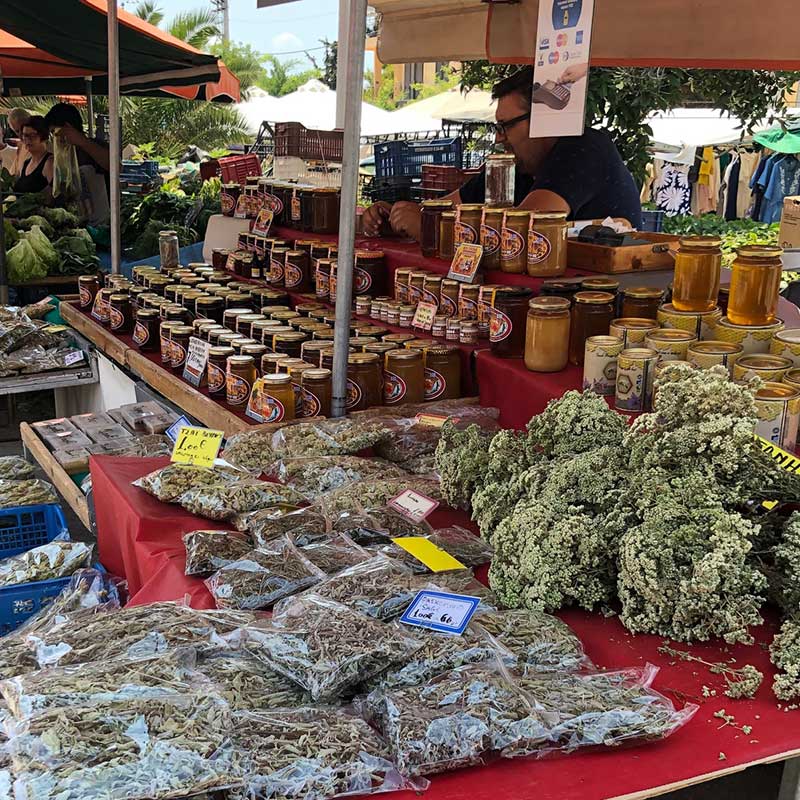 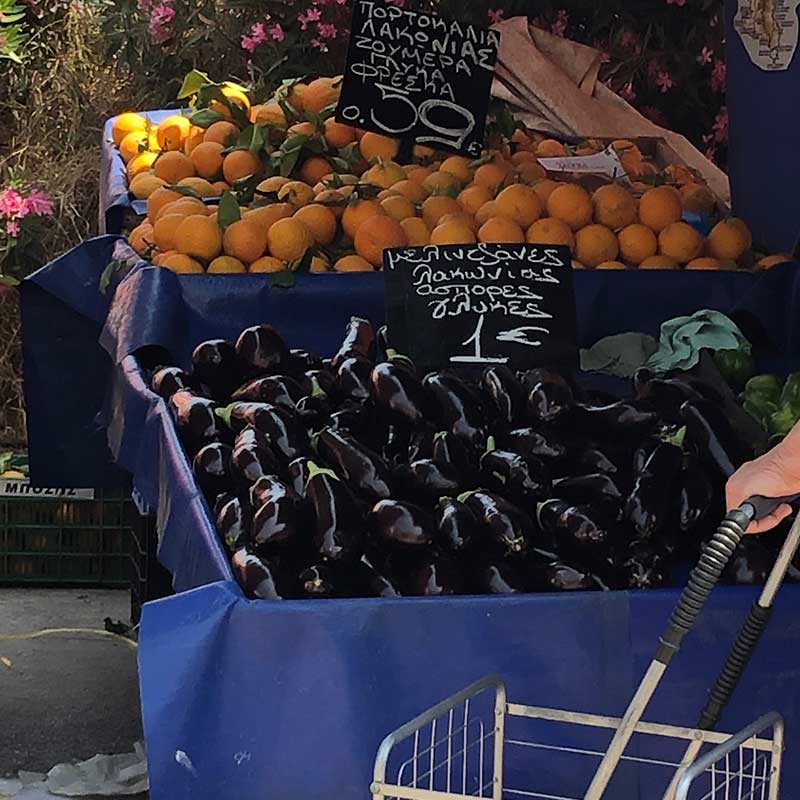 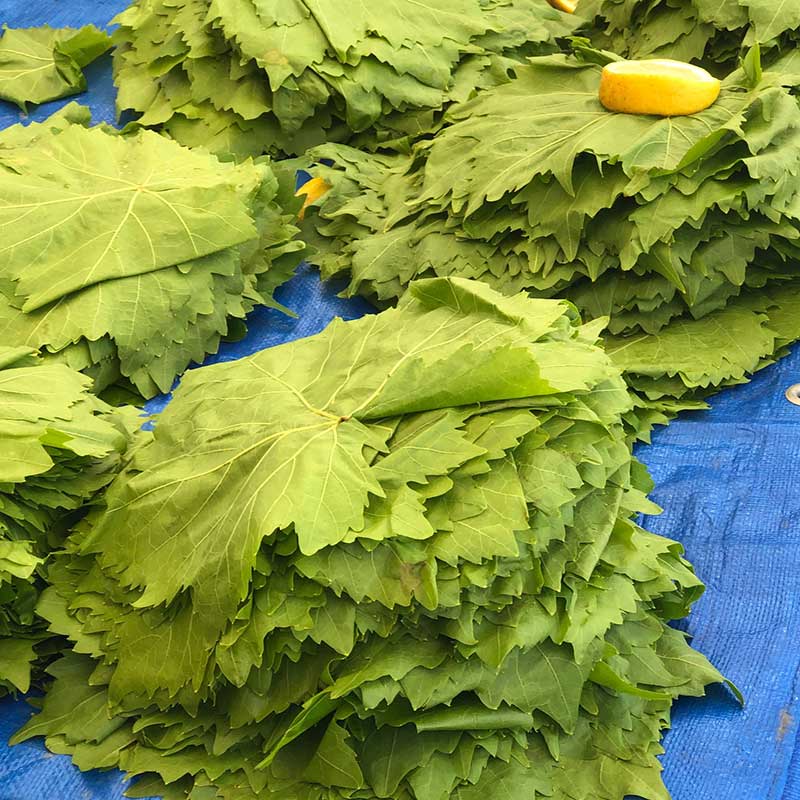 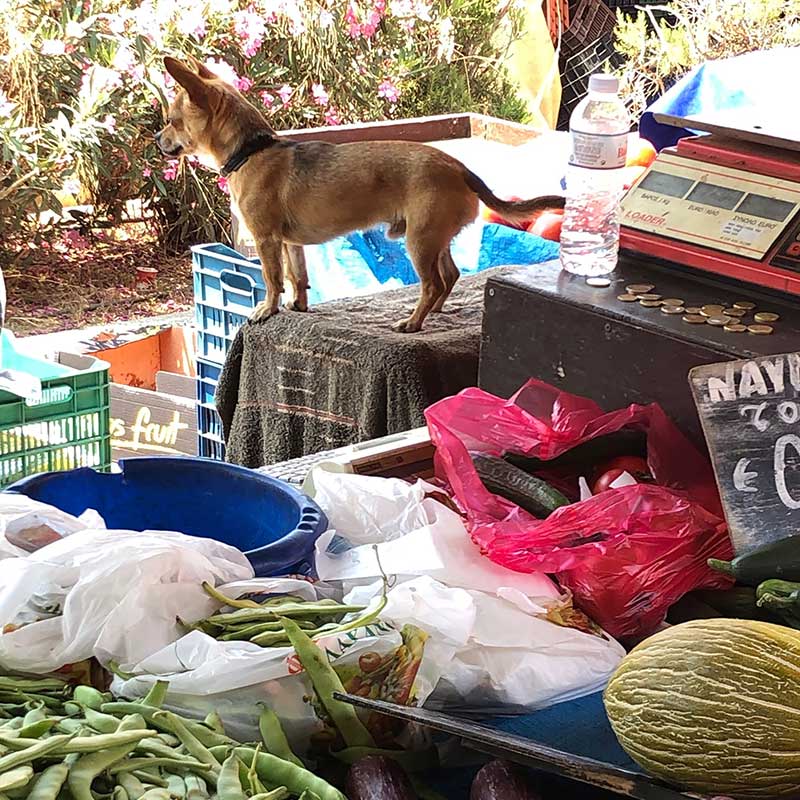 Robin lives on Naxos and spends summers in the UK. Usually he makes the journey by car and takes Tavil and Paddy with him, but this year he’s flying back, so asked us to transport his dogs to London. 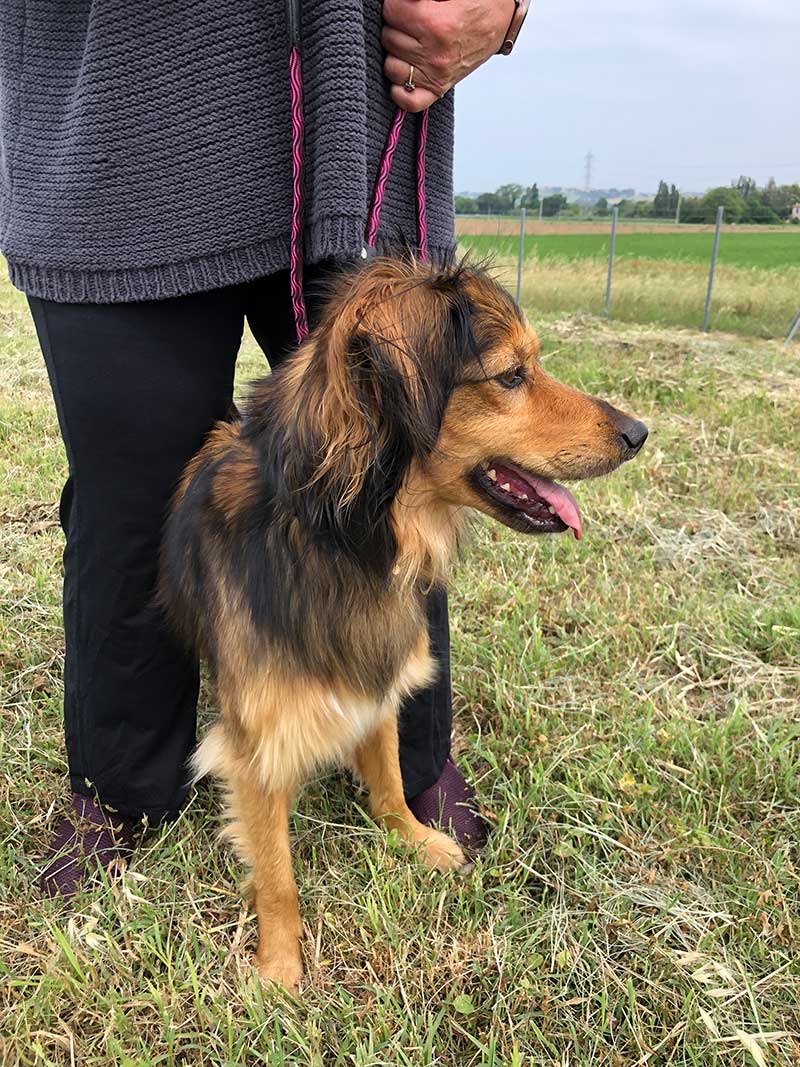 Paddy is quite a youngster… 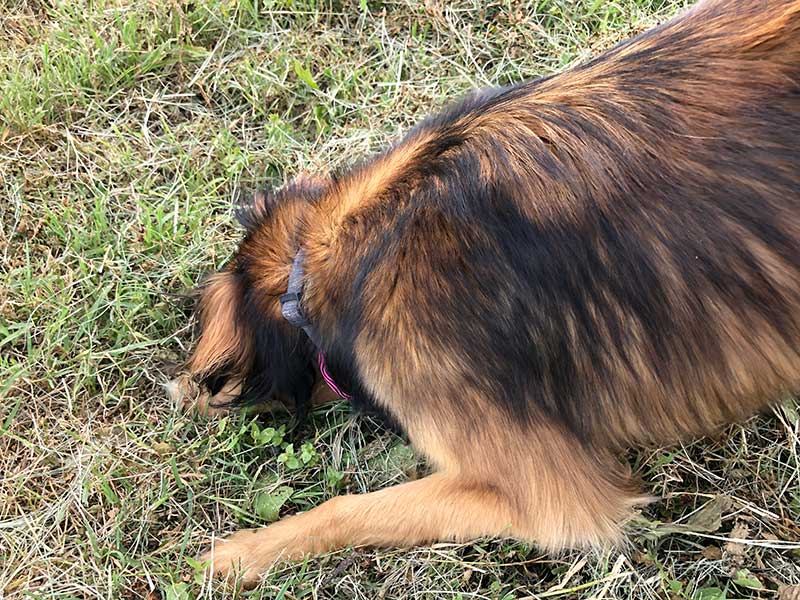 …who enjoys sniffing everything 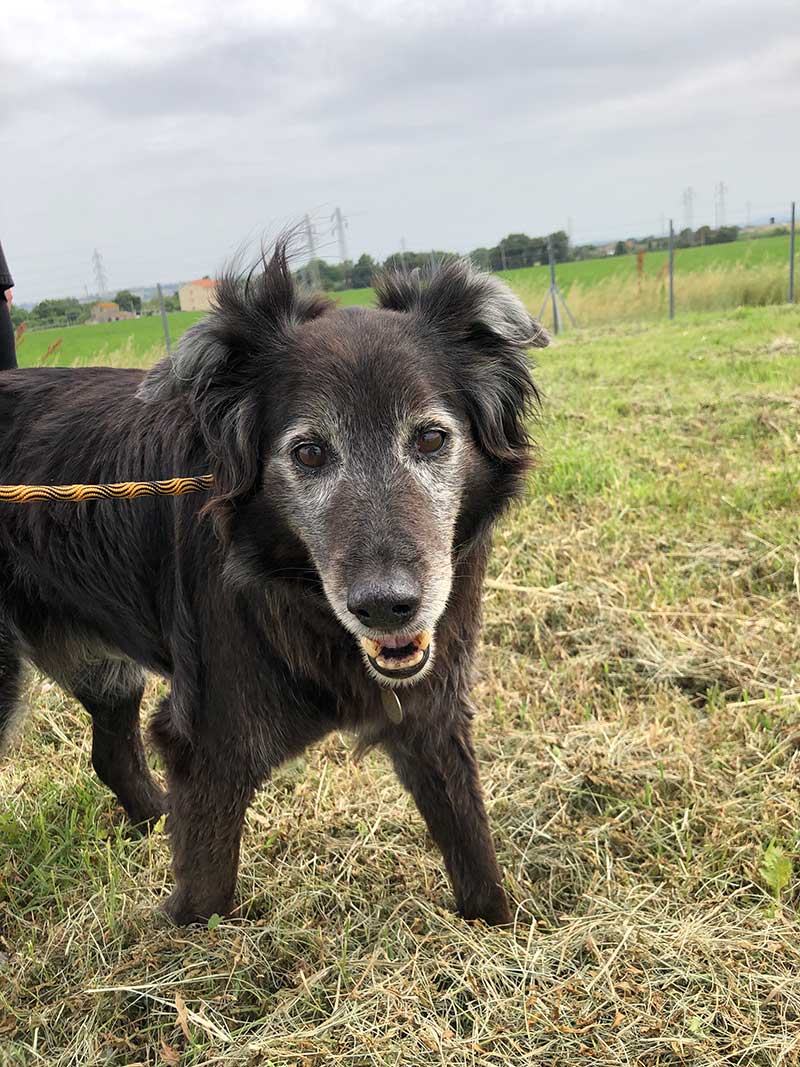 Daisy and Abby hail from Crete, where they were adopted by owners Anne and Fred. After 14 years of living on the island, Anne and Fred are relocating to Oxfordshire — and the dogs are going too. Our friend Akis, pet taxi driver extraordinaire, collected Daisy and Abby from Crete. They had an overnight stay at Chris’s Animal Hotel before joining our trip. 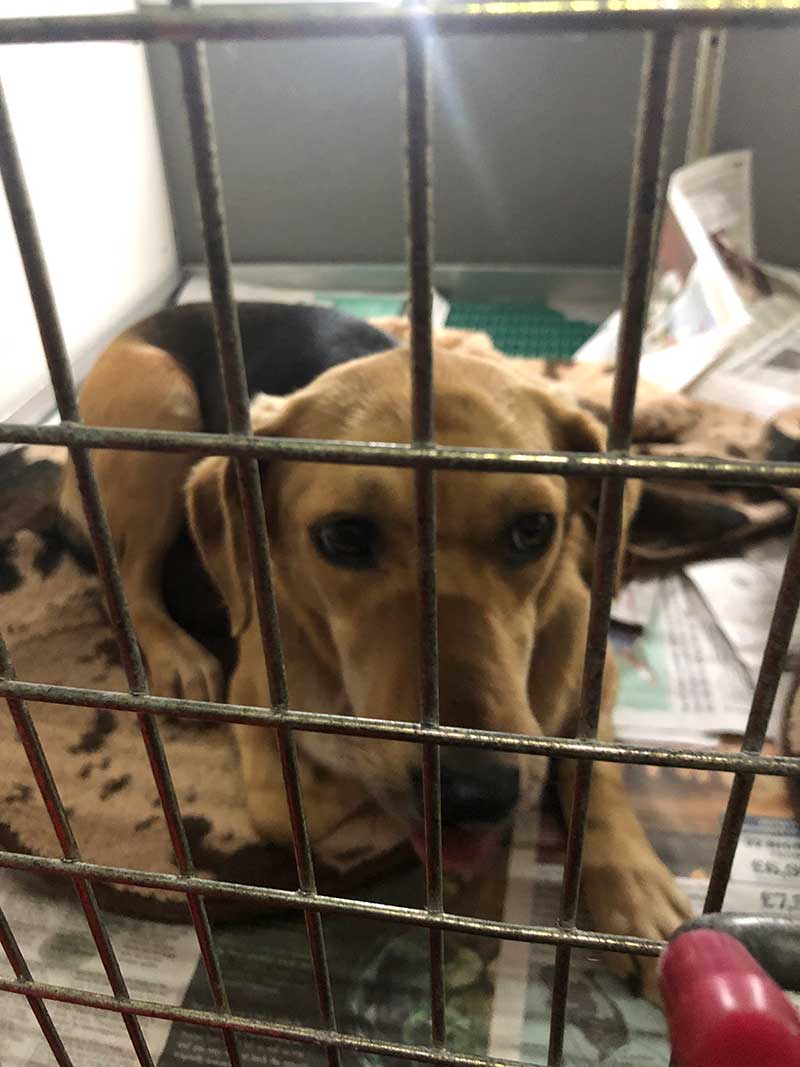 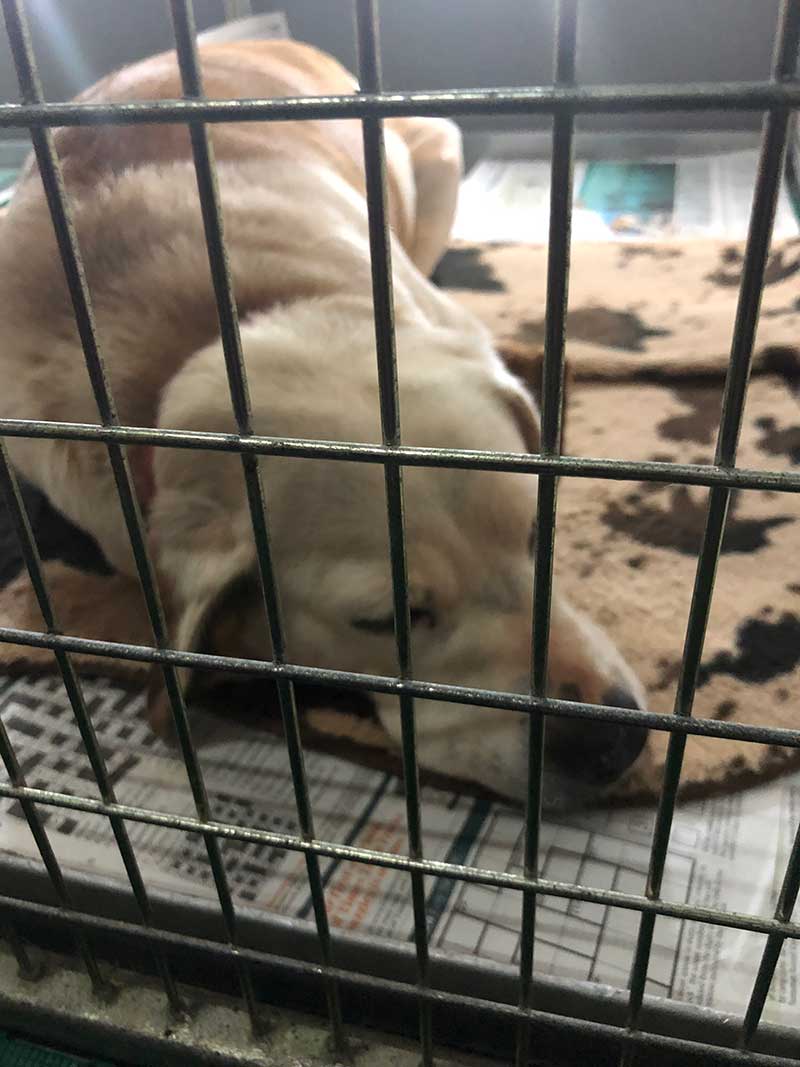 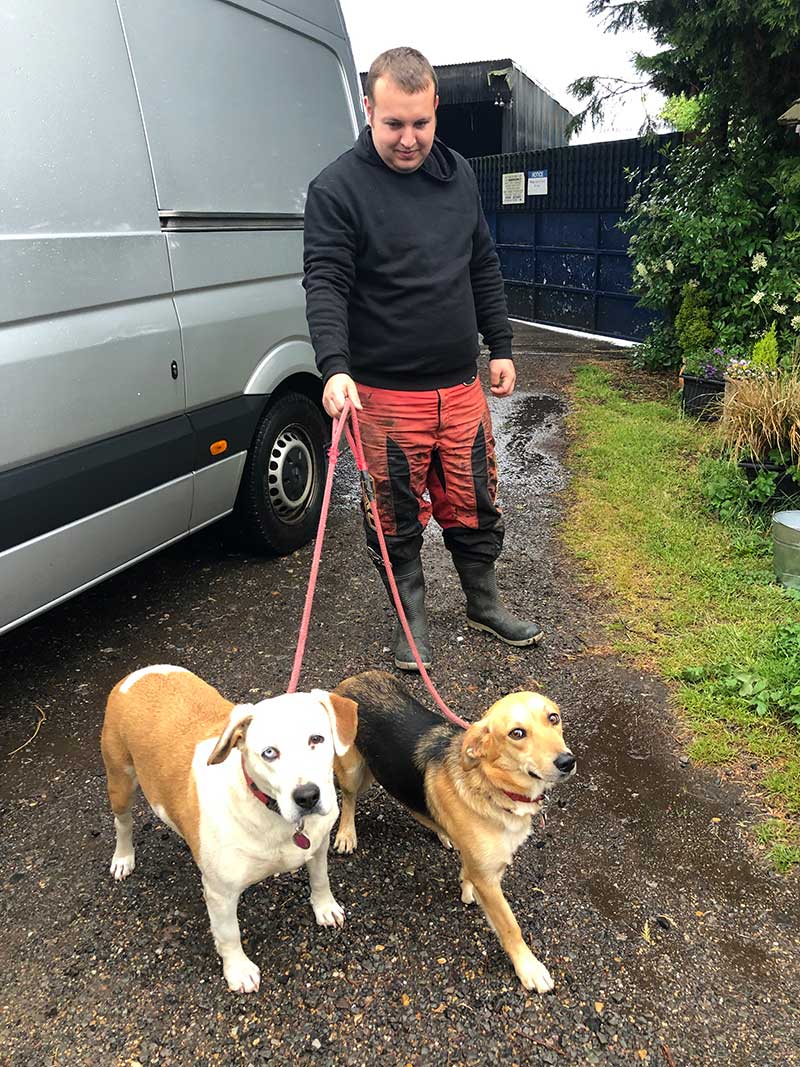 We delivered Daisy and Abby to Kilconnel Kennels in Oxfordshire, where they’ll stay until Anne and Fred catch up with them. Here you can see Abby’s marvellous eyes — one blue and one brown.

Pillsbury travelled with us for Starlight Barking Trust. This gentle boy spent four years in a shelter on the island of Limnos. So we’re delighted that he finally has a new home with Christopher in Manchester. 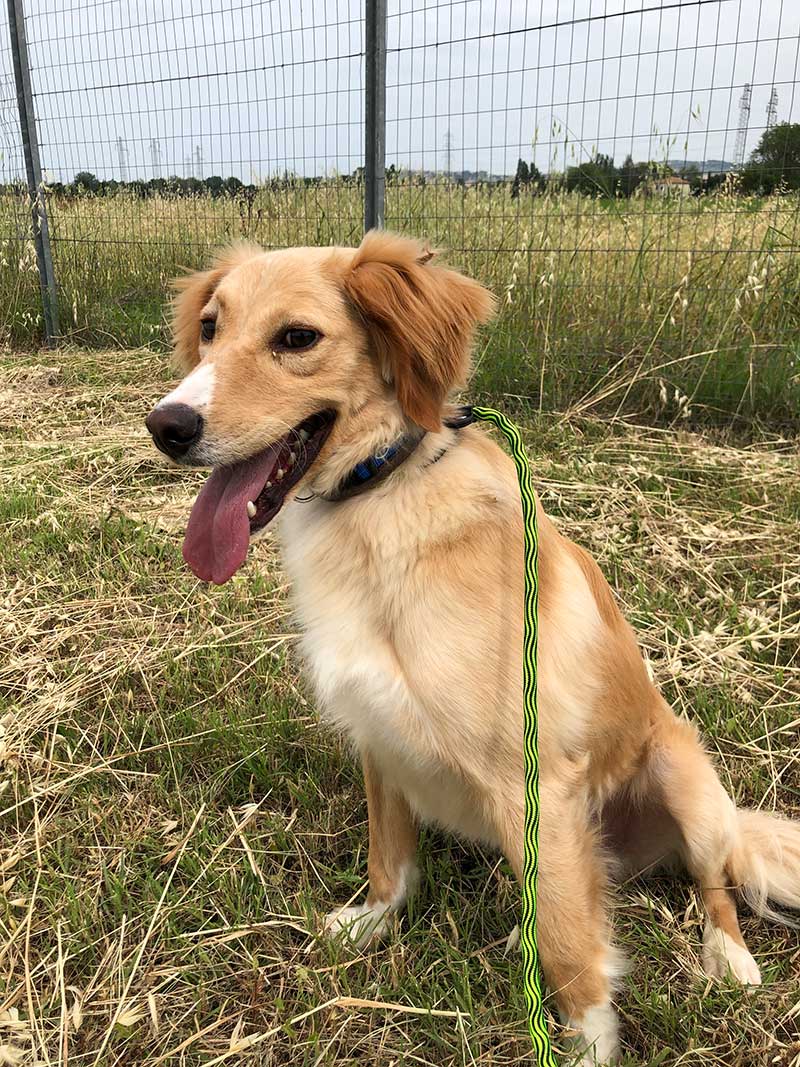 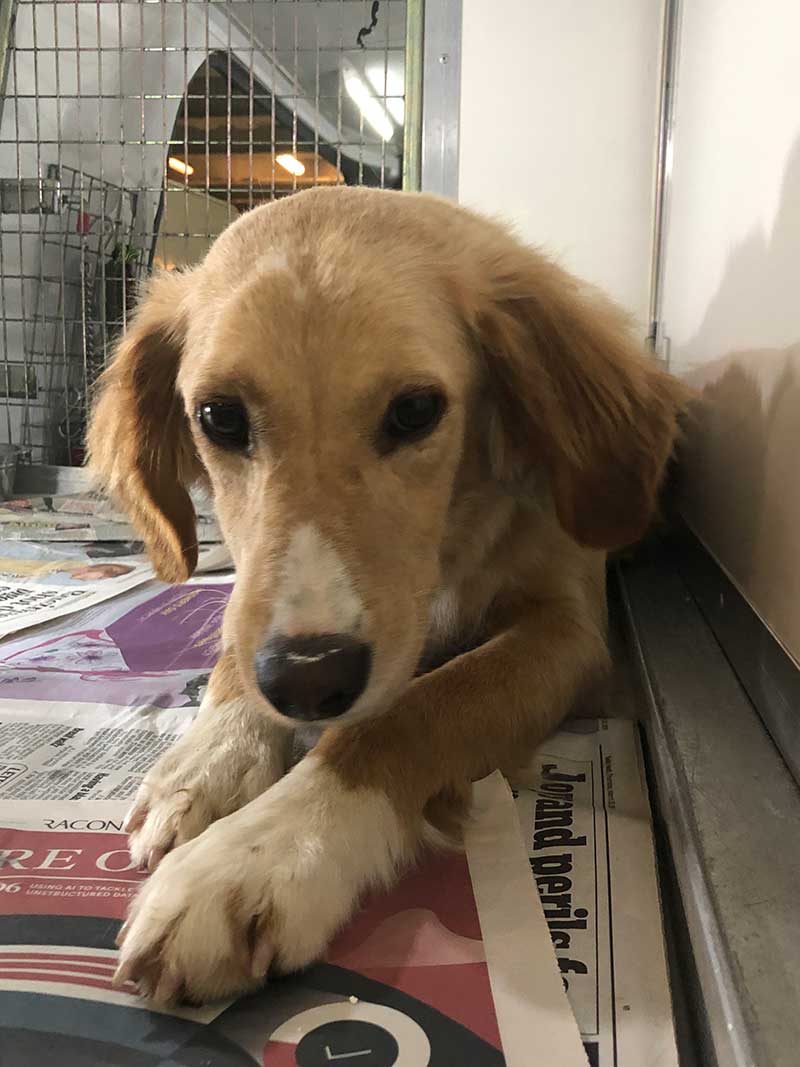 Pillsbury settled in for the journey

While on holiday on Lesvos, Liliana found dear little Cahlee on the streets. Unable to leave her behind, Liliana has adopted her, with the support of Lesvos Stray Dog and Cat Adoptions, run by our friend Rebecca. 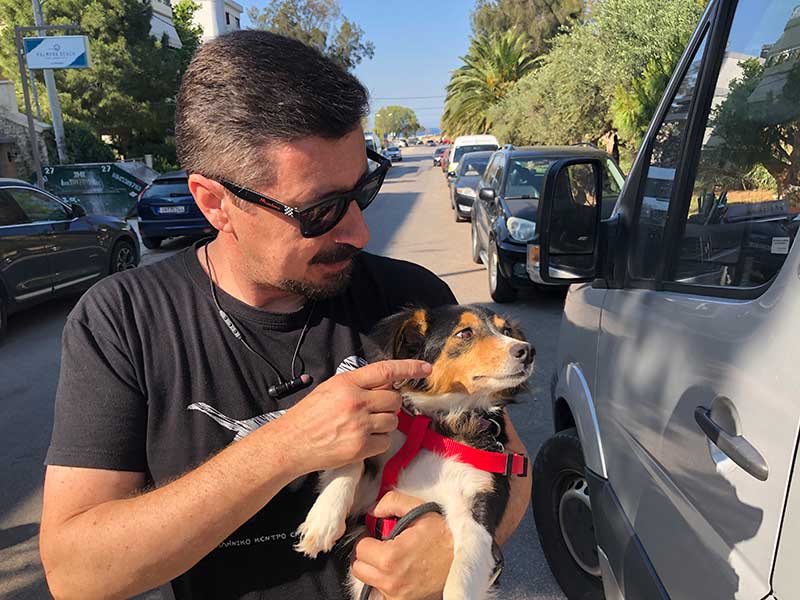 Cahlee with Akis at Glyfada 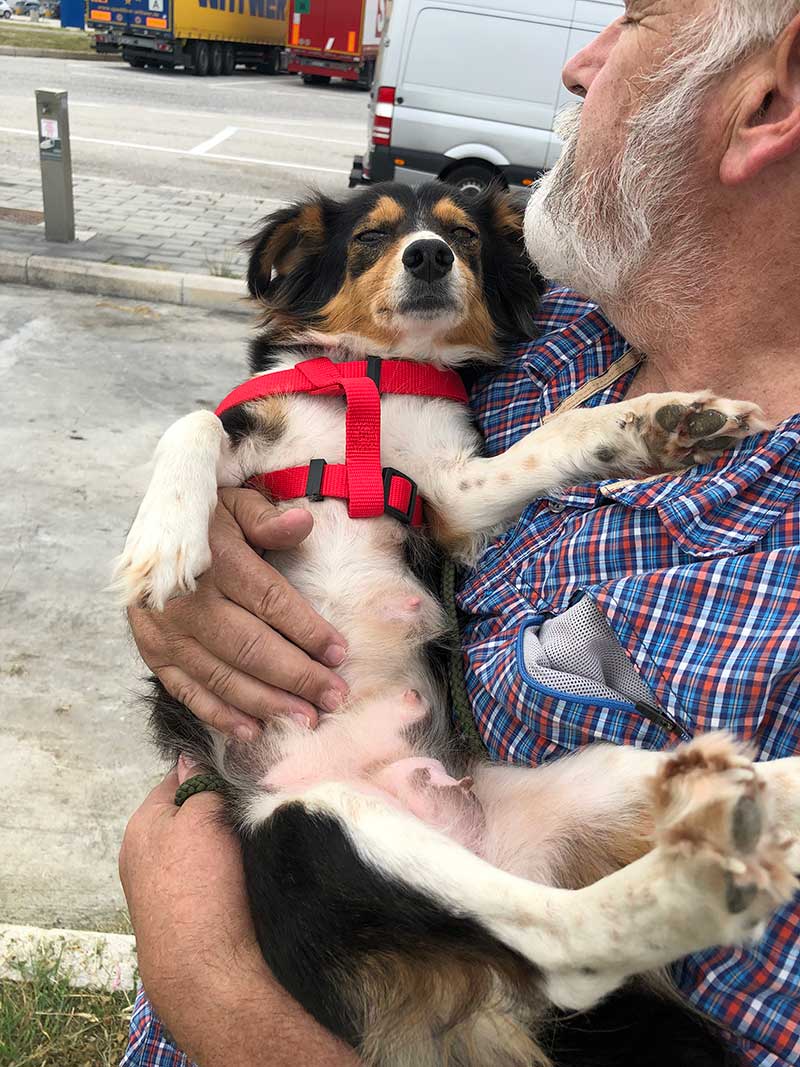 Cahlee having a cuddle with courier M 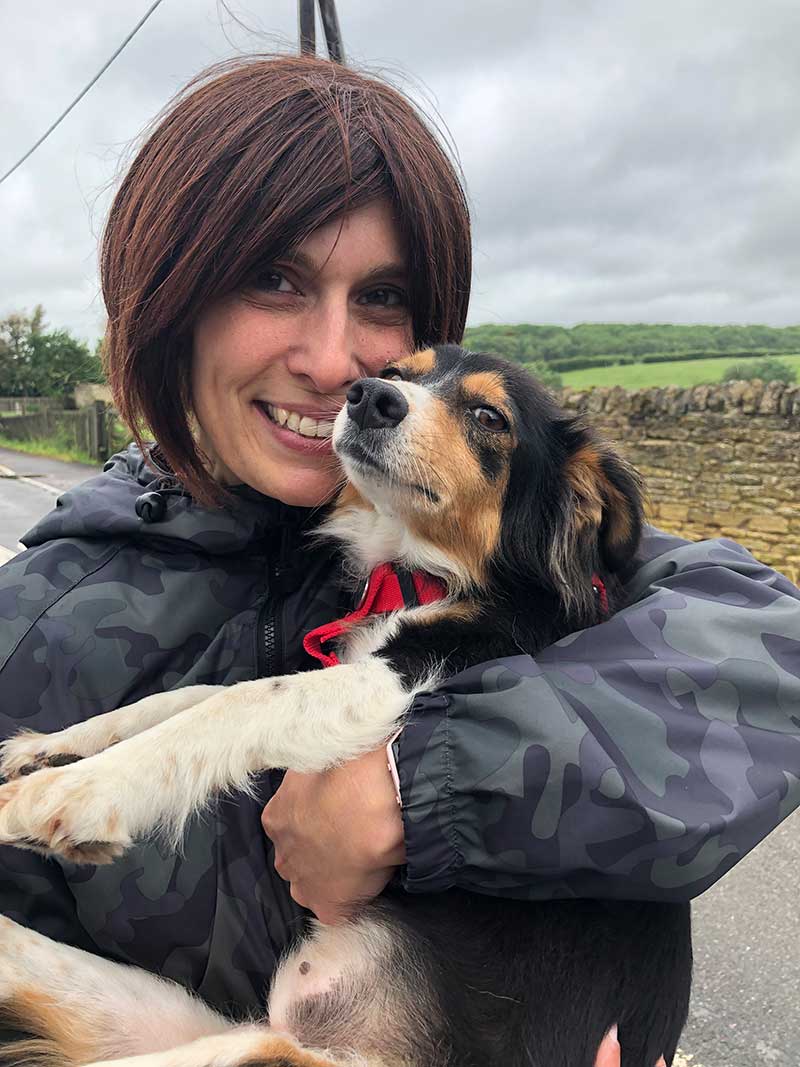 Another holiday romance from Lesvos — Jack Russell Terrier Vista has been adopted by Laura, also with support from Lesvos Stray Dog and Cat Adoptions. He’s on his way with us to join Laura in Rotherham. 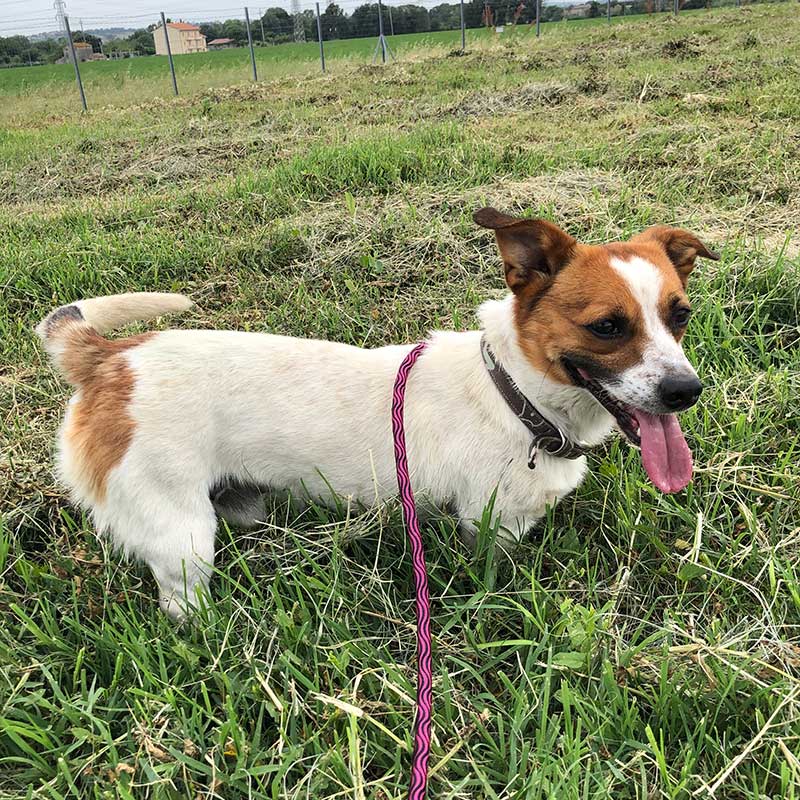 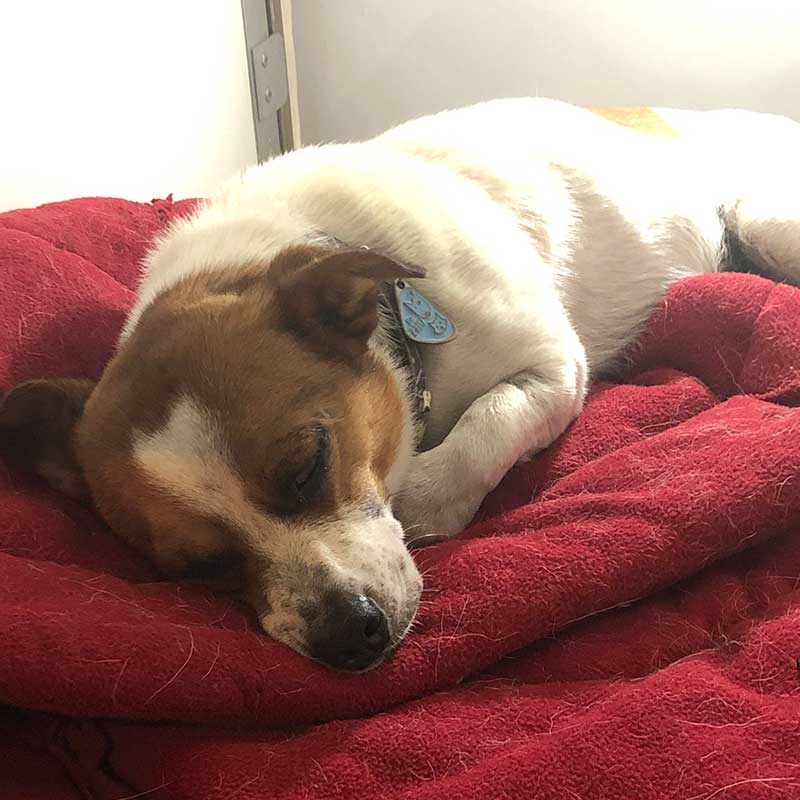 All that romping and bug hunting is enough to tire anyone out!

Lofty is a fast-growing black-and-white pup found by Rebecca while she was on holiday on Skopelos. Dimitry from Vetcare Skopelos kindly looked after Lofty until he could travel. Like a special baton, he travelled by bus from Skopelos to Athens, where he was met by Akis who took him to Chris’s Animal Hotel until we came by to collect him. 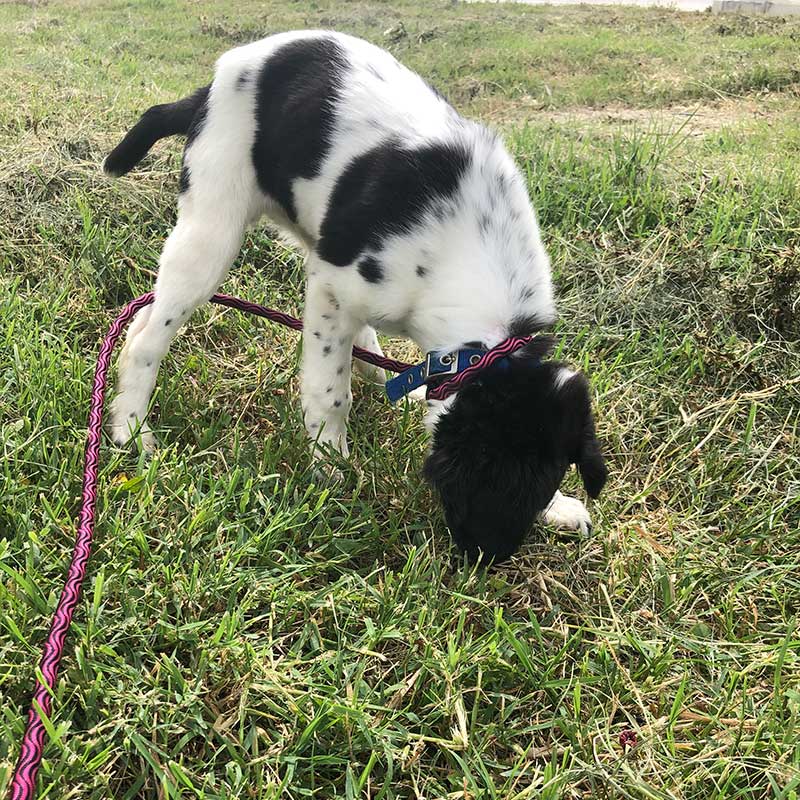 Lofty is a live wire and very playful 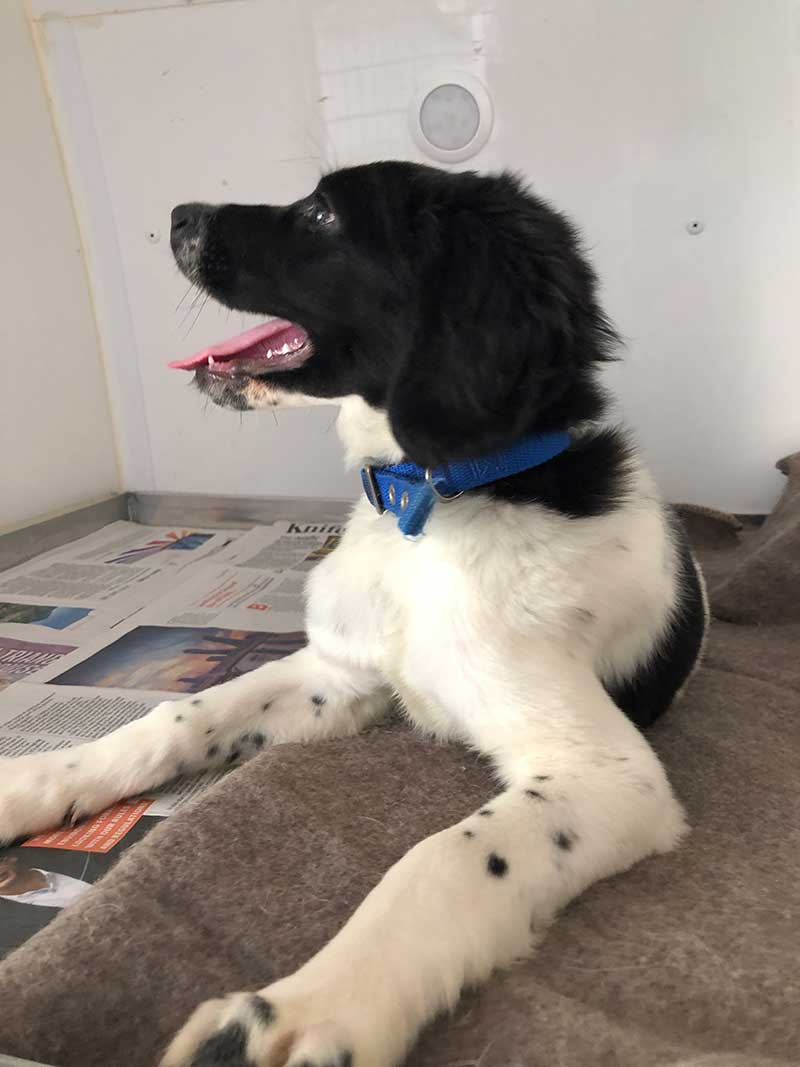 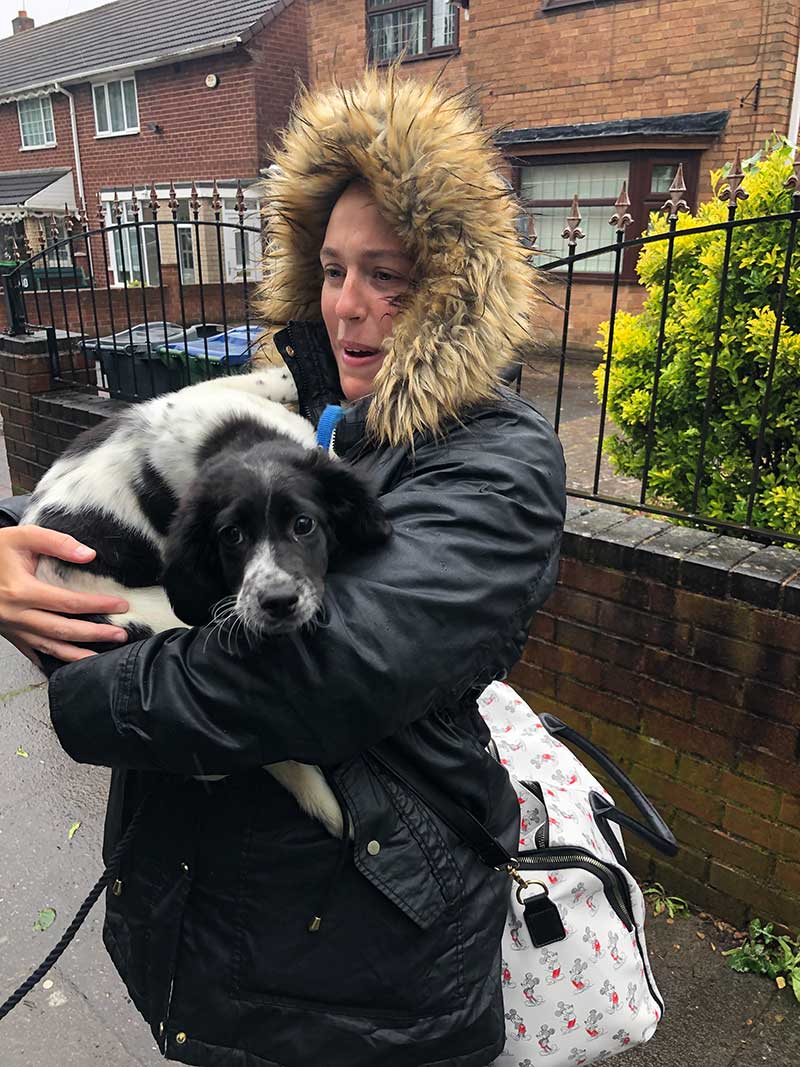 A very happy reunion for Lofty with Rebecca in West Bromwich

Dear little Millie was found just three weeks ago by Susie, holidaying on Lesvos. What a quick turnaround of Millie’s life, as she now heads to the UK to live with Susie in Worcestershire. 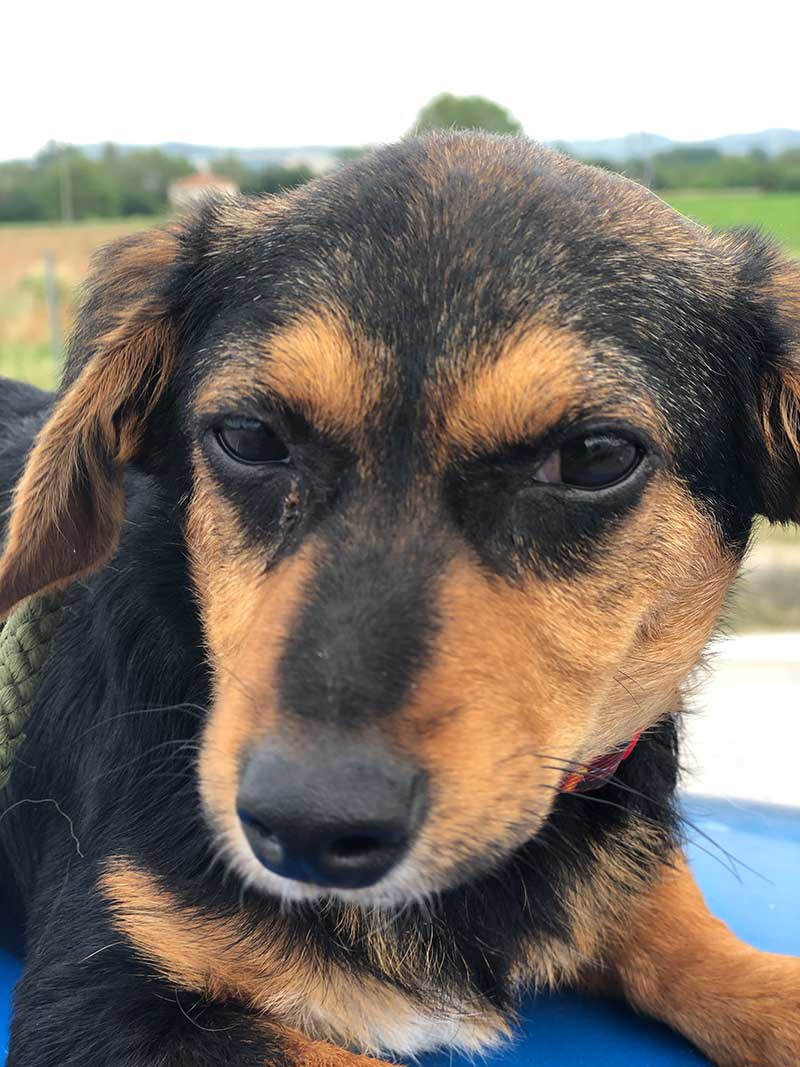 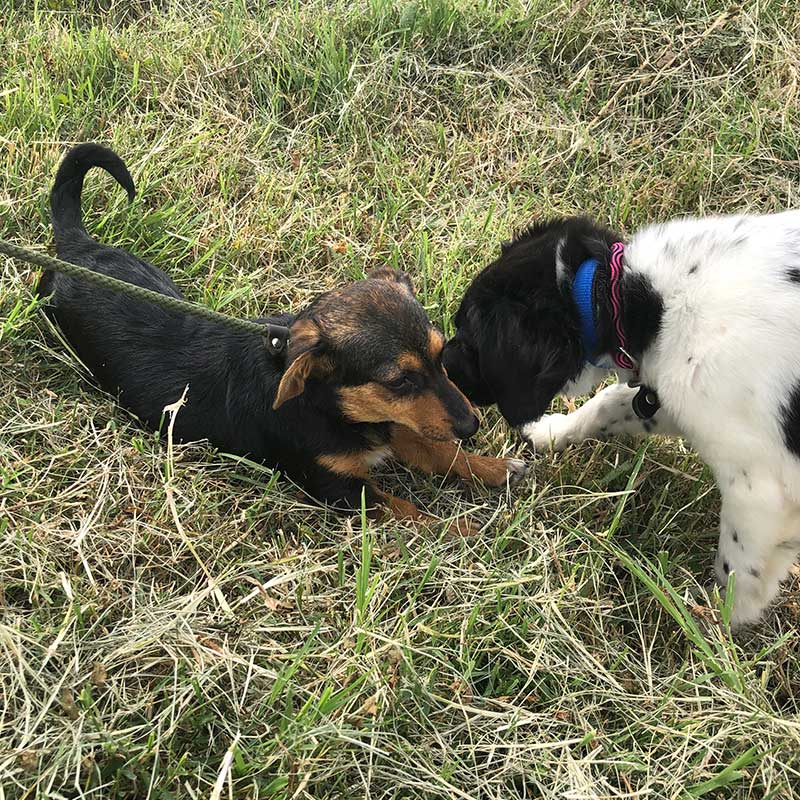 Here she is meeting Lofty on a walk 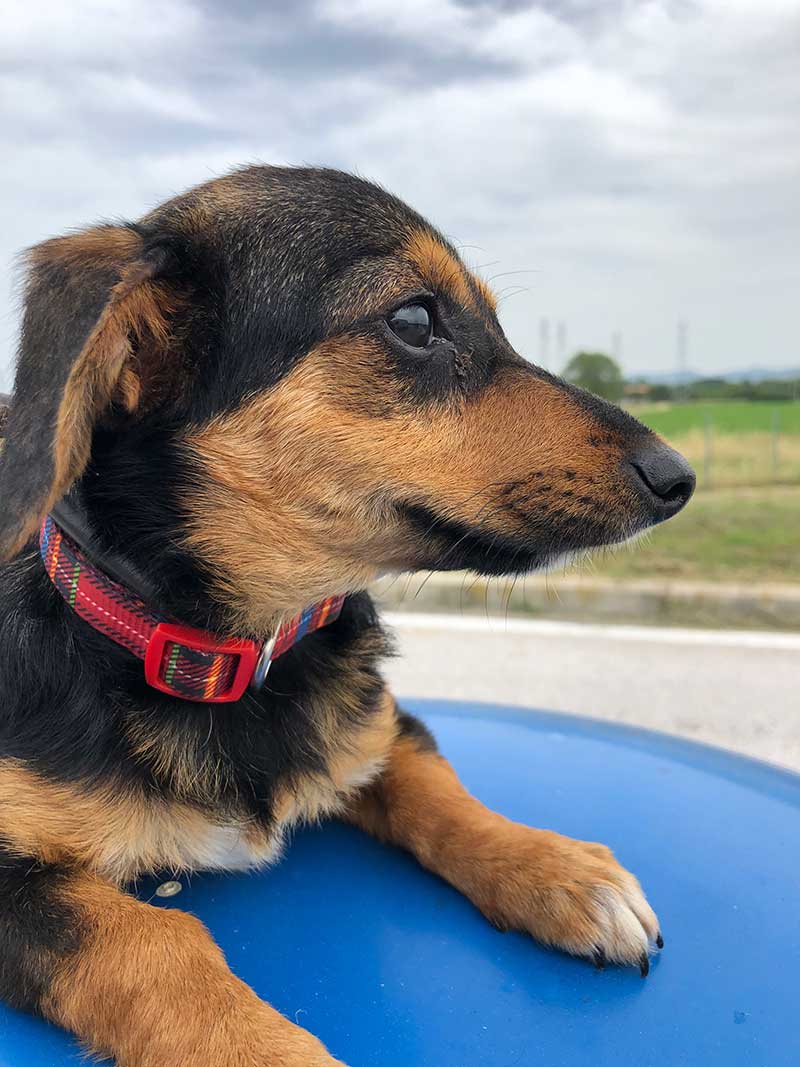 A faraway look in Millie’s eyes 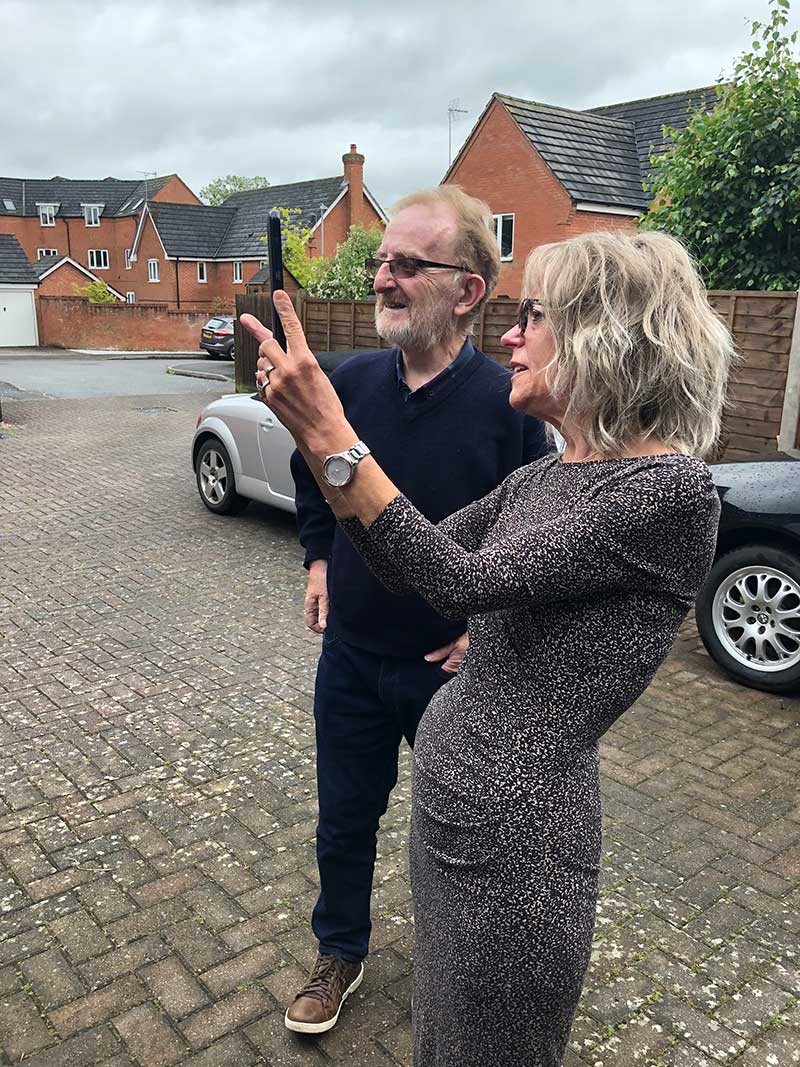 As we neared Millie’s new home, we received a text from Susie saying: “I’ve just seen the video of you dropping Cahlee off to Lili and Julie and it made me cry because I could see Millie in your van. Put your foot down as safely as you can please!” 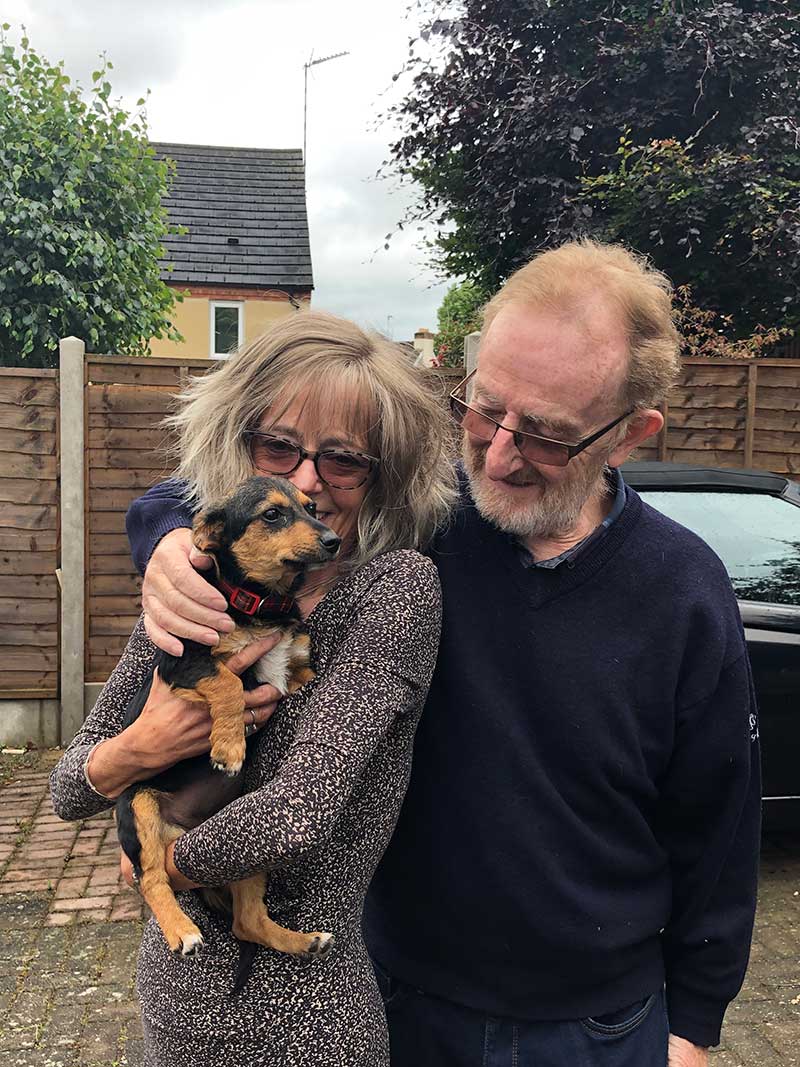 The start of a happy new life for Millie in Worcestershire