in the air with Animalcouriers

As well as our regular road routes all over Europe, Animalcouriers organises flights and paperwork for pets flying to destinations further afield. Here’s a round-up of some of the pets we’ve helped reach their faraway homes over the past few months.

We collected Rhodesian Ridgeback pup Alfie in Edinburgh and brought him south to stay with couriers M and L, ahead of his BA flight from London Heathrow to Grand Cayman. Nails were bitten to the quick as his rabies blood test got held up in the Christmas post. It turned up at the 11th hour, so he was able to fly to his new home in time for the festive season. 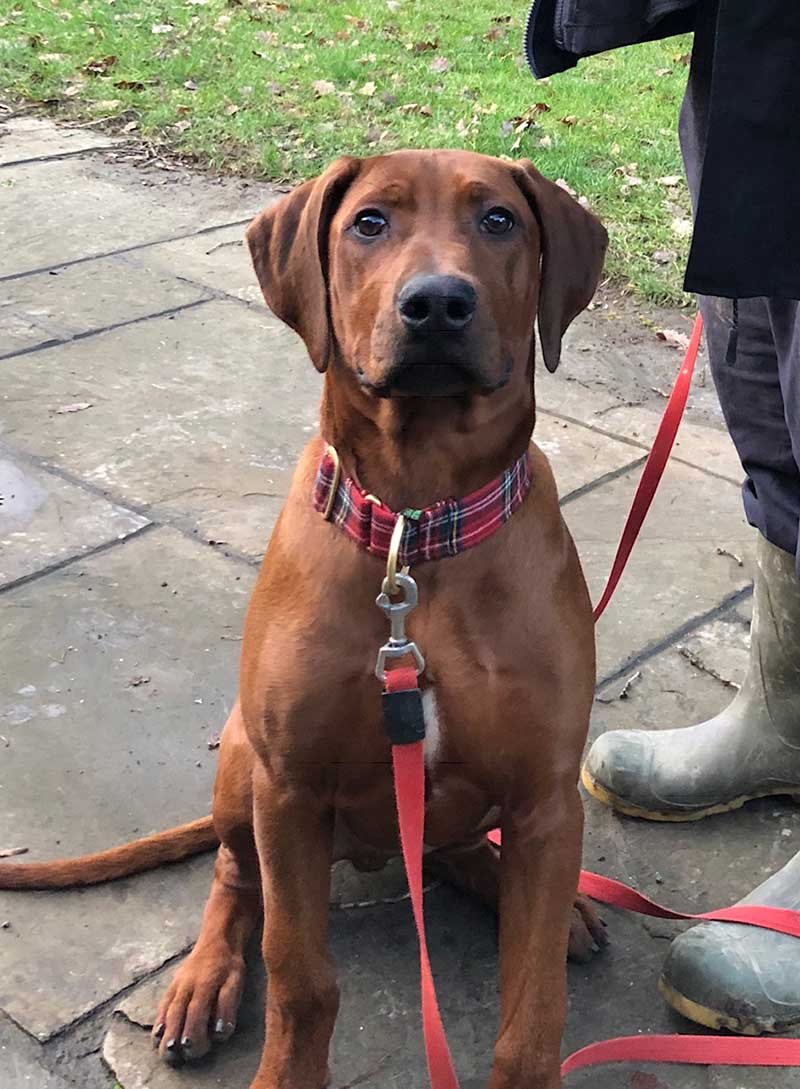 Confident Shar Pei pup Koda homeboarded with couriers M and L for a few days, while her export paperwork for Bermuda was finalised. Any remaining nails we had were bitten off as her flight out of London Gatwick was in danger of being disrupted by the drone activity that ruined many people’s Christmas plans. Fortunately, Koda’s flight wasn’t affected and she reached her new family in good time. 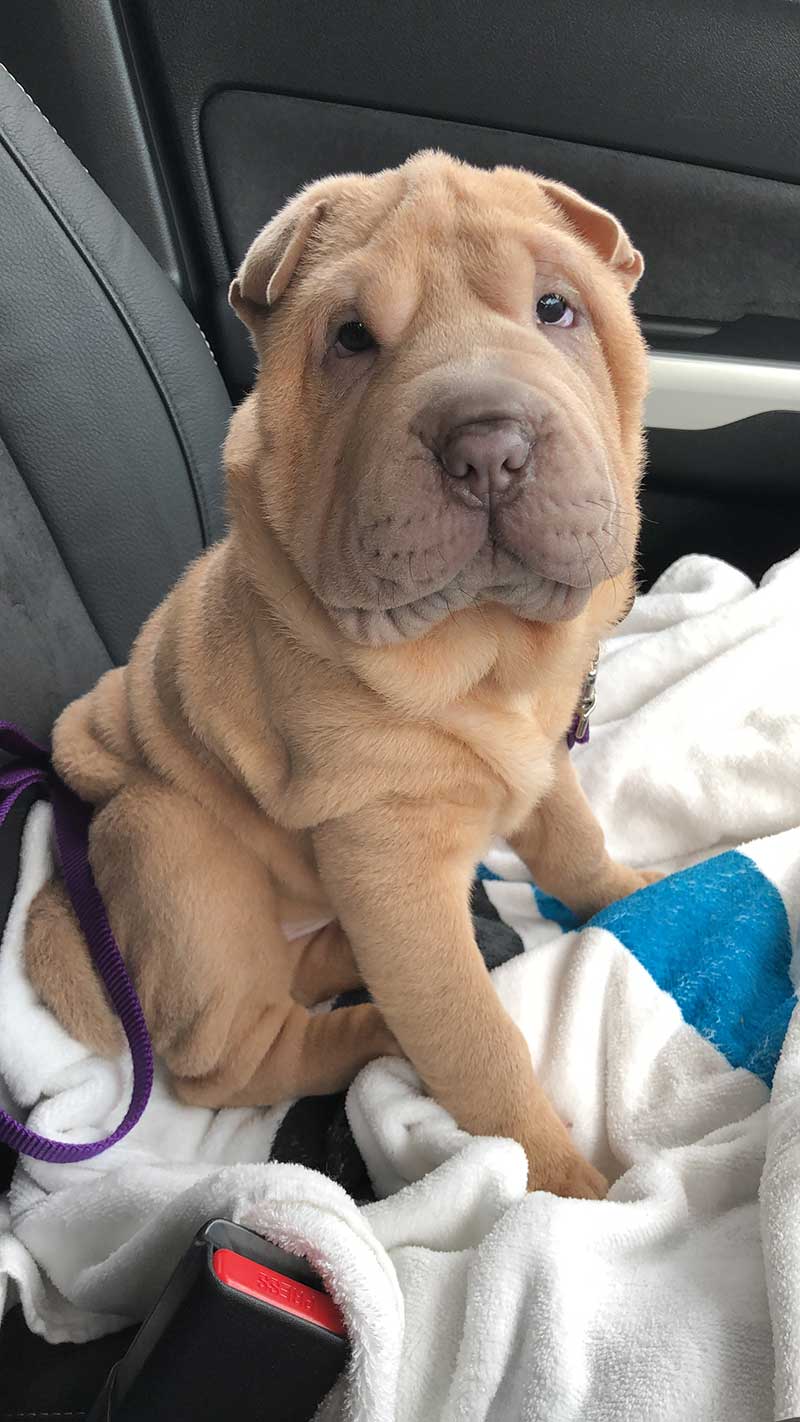 Gorgeous little Koda. Her owners wrote to say: “Koda is setting in brilliantly. She’s outgoing and busy and holds her own with our two other dogs. Thank you so very much for making this possible.” 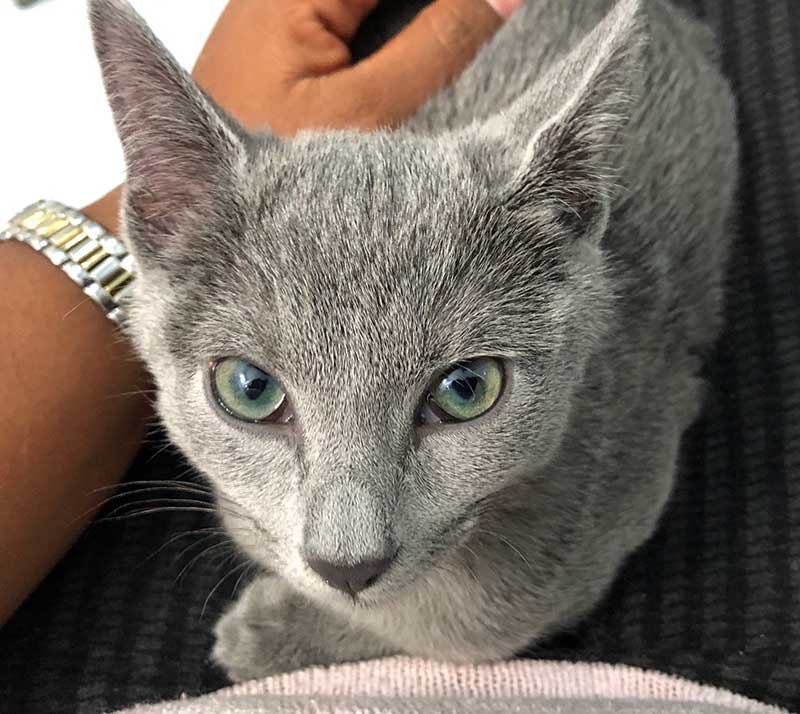 Luna’s owner Katrina wrote to say: “Luna arrived safely and is happily exploring her new home. Thank you so much for being so informative and efficient, and for making this process stress free!” 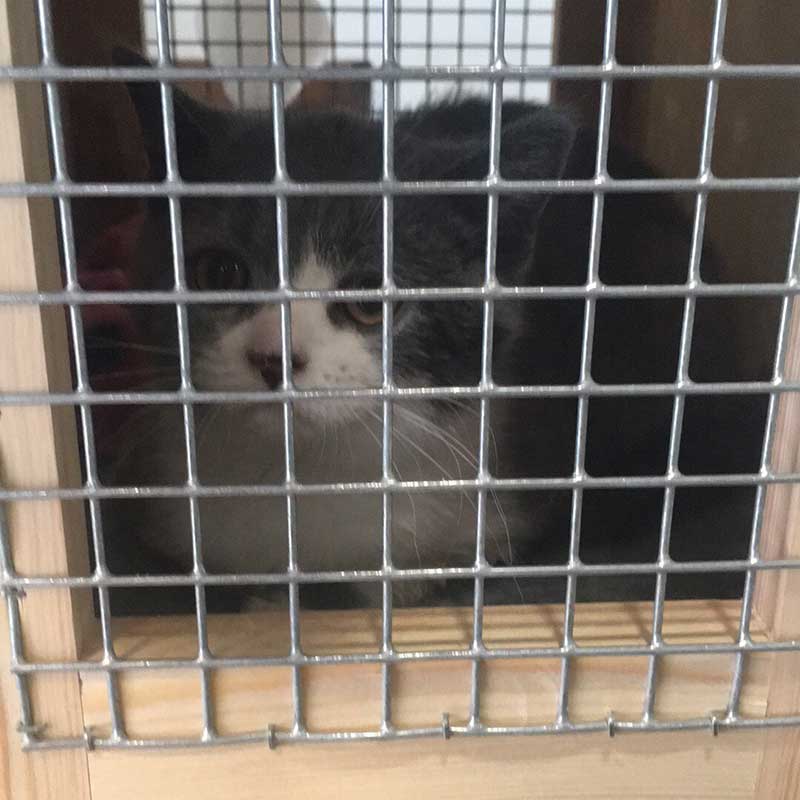 Jun’s owner Carine said: “The kitty arrived safely. We’re taking him home now. Thank you so much for everything!”

Before her flight, Willow homeboarded briefly with courier Helen, who understandably fell completely in love with this gorgeous youngster. 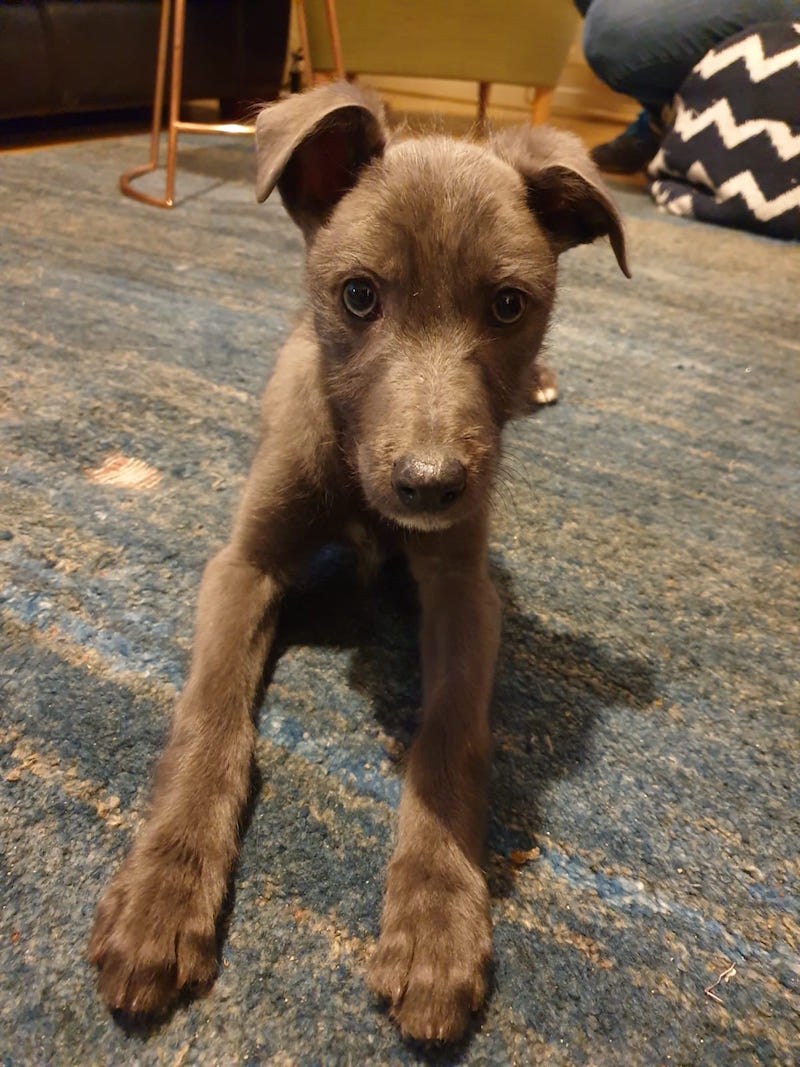 Willow, the only pup in the litter with this distinctive grey-blue colouring

Adorable Golden Retriever Jupiter flew to Dubai to join his owners who recently relocated to the UAE. Animalcouriers arranged his transport from the very West of Wales to London Heathrow, took care of his export certificate and health check, and booked his flight with Emirates. Equitranslogistics, based in Dubai, arranged Jupiter’s import paperwork and his reunion with his owners. 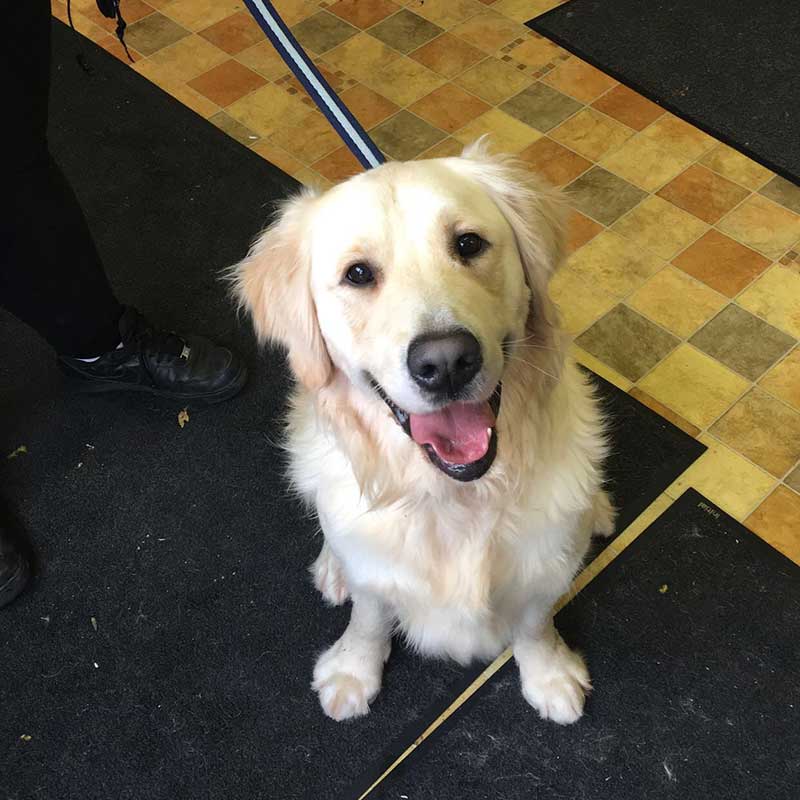 A wide smile from Jupiter

Having seen in the new year at Burntwood Kennels, his stunning feline trio were our first passengers of 2019 when they returned to Bahrain on Gulf Air. Owner Mohammed had travelled ahead of the trio to get everything ready for the cats’ arrival. 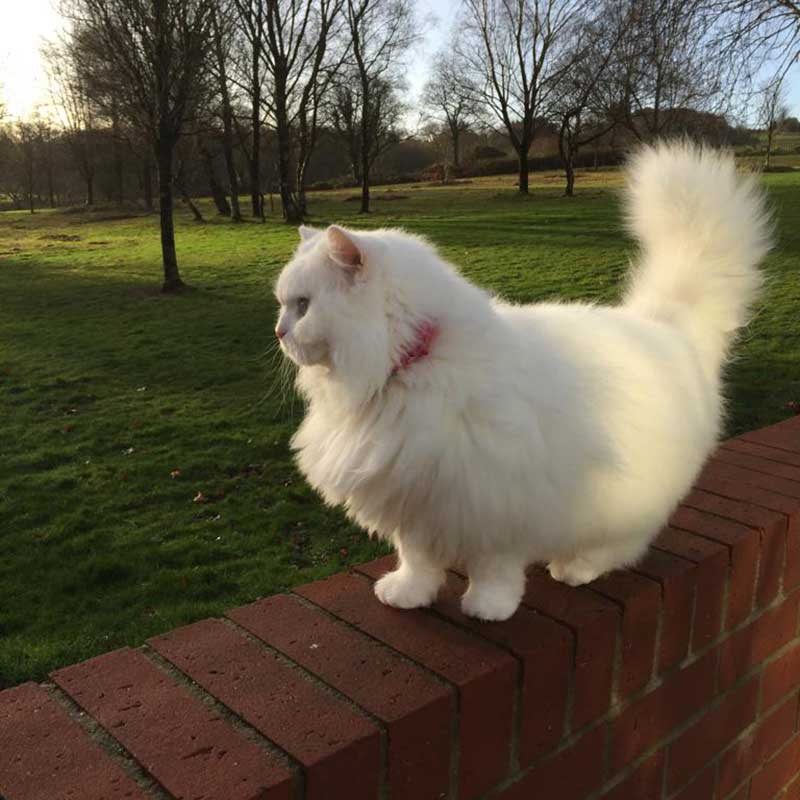 Yumi has beguiling blue eyes and the softest fur 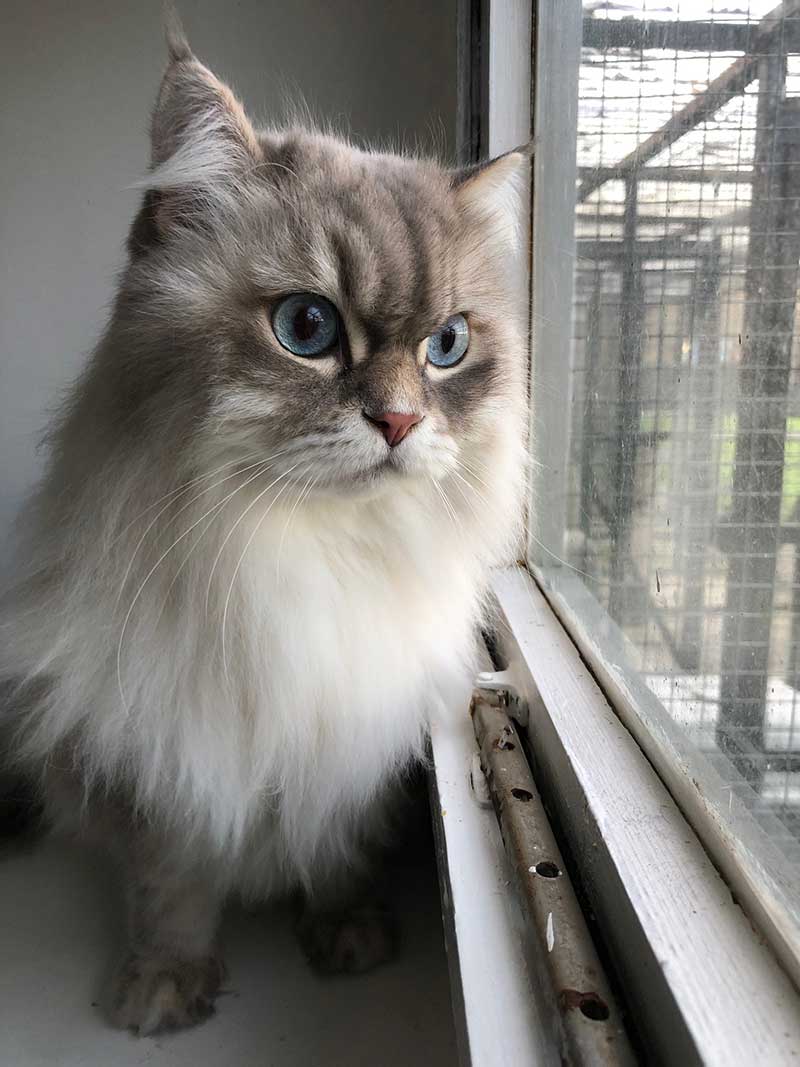 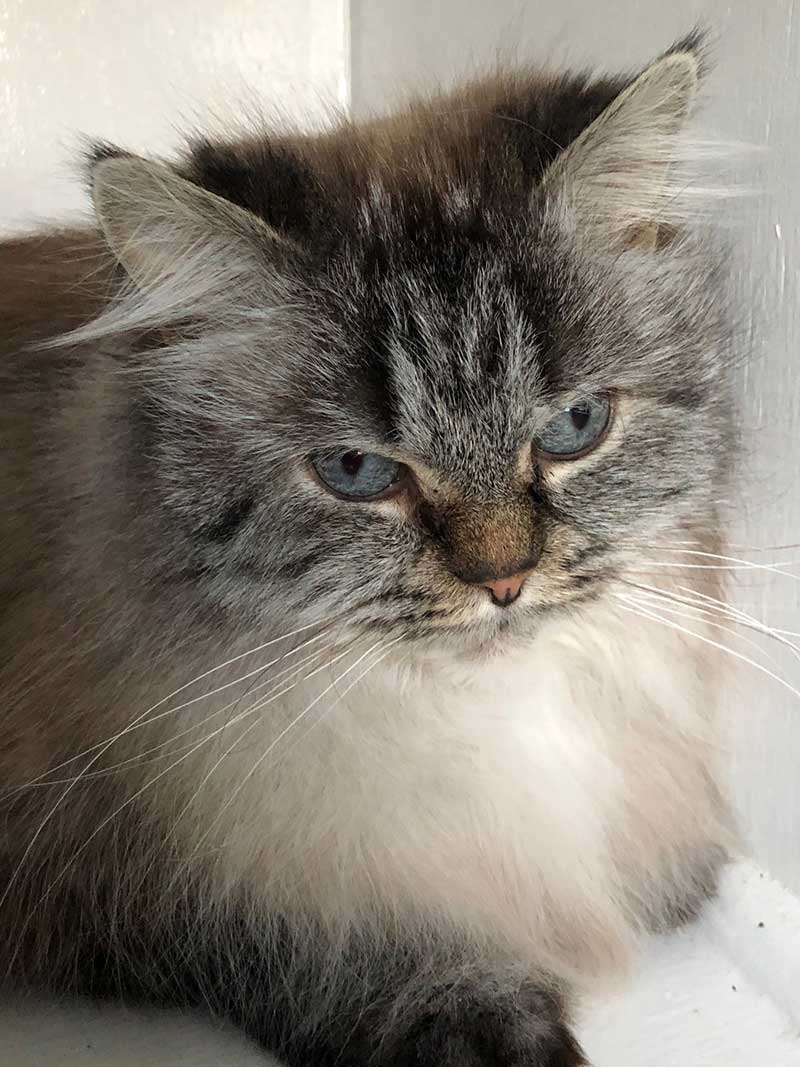 Chow Buddy flew to Auckland to join his owner, an international rugby player who moved from his French team to New Zealand. We collected Buddy from Narbonne and took him to Burntwood Kennels to wait out the six-month anniversary of his rabies vaccination before he could fly.

Alfold Vets helped to prepare Buddy for the move, taking care of the blood tests and parasite treatments. With a lot of treats and gentle handling, the vets got everything done. On arrival in New Zealand, Buddy had a 10-day quarantine stay at Qualified Pets Quarantine Kennels before being reunited with his family.

“Thank you very, very much. Buddy looks soooo good and his girls were sooo happy to see him again. Our oldest daughter is five so we had Buddy before her and they have been attached since day one, so you can see the emotions yesterday when they were reunited. Thank you soooo much for getting him here safely and taking good care of him for all that time. We really appreciate it.” 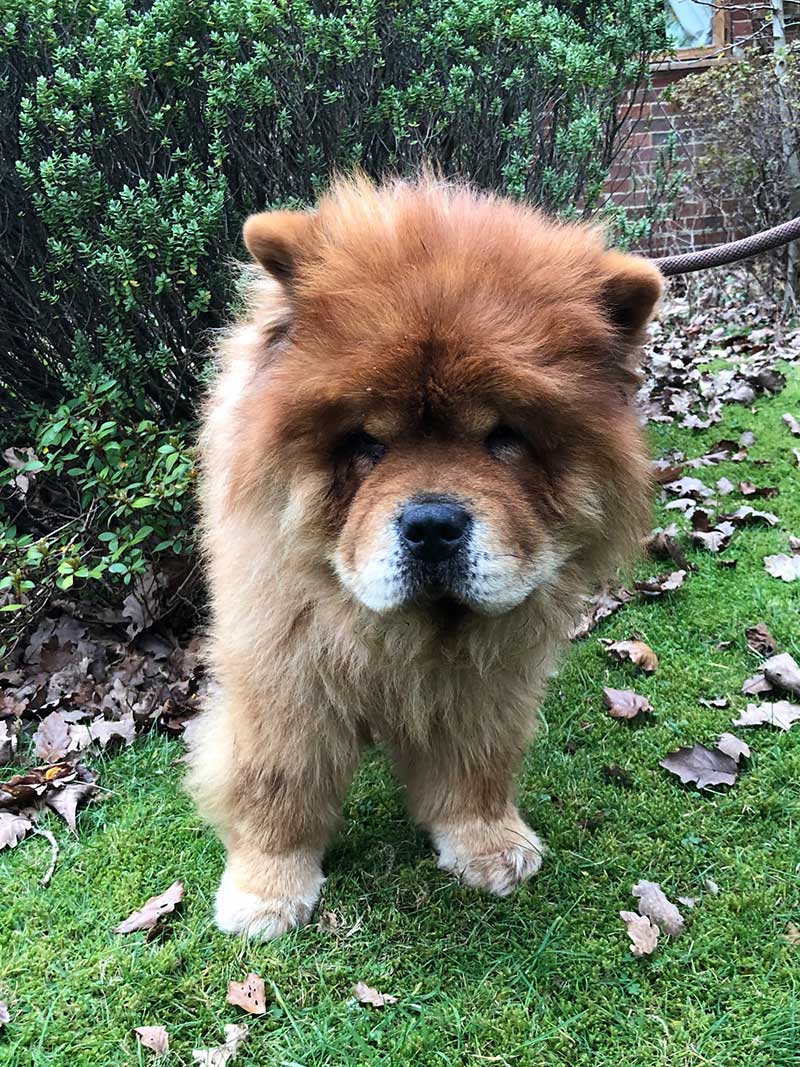 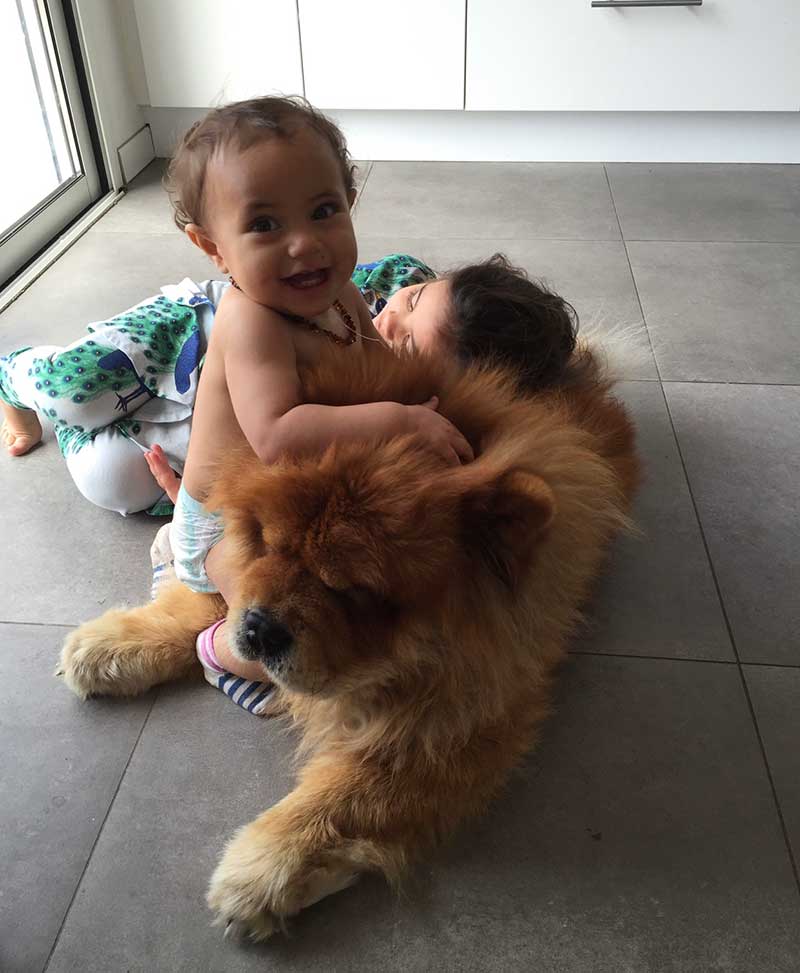 Dynamic duo Gwen and Titan had to wait for their rabies blood tests to become valid before flying out Australia to join their family in Queensland. This much loved pair of Jack Russell-Pug crosses homeboarded with Roisin who runs Cornish Canines, while Clifton Villa Vets took care of the veterinary work.

Qantas accepts snubbed-nosed dogs on their flights, so Gwen and Titan flew with the airline via Singapore.

Titan was diagnosed with liver shunt just before his family left for Australia, so Animalcouriers arranged with Mickleham Quarantine Kennels to have his special diet and medication available for him during the dogs’ 10 days of quarantine on arrival.

Their owners wrote to say:

“Thanks for everything!!! Dogs in fine mood…… Had a nice walk with them this morning splashing in the Pacific!” 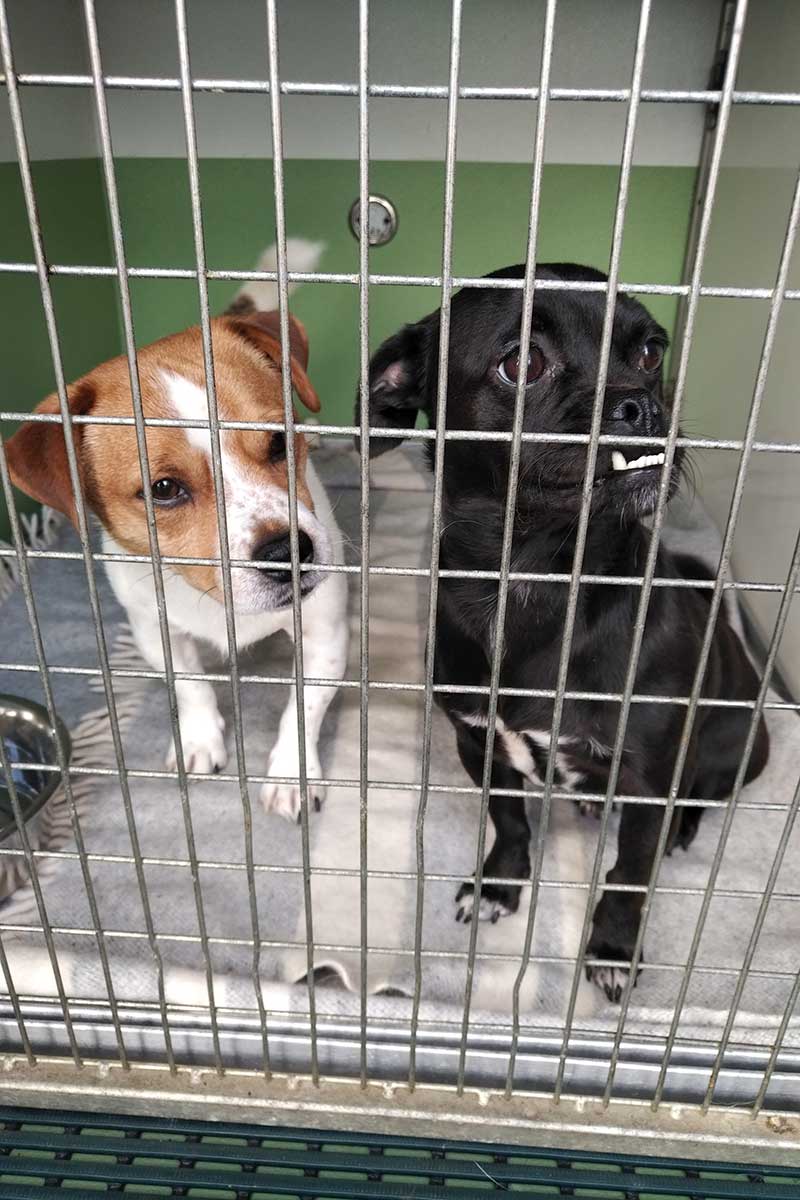 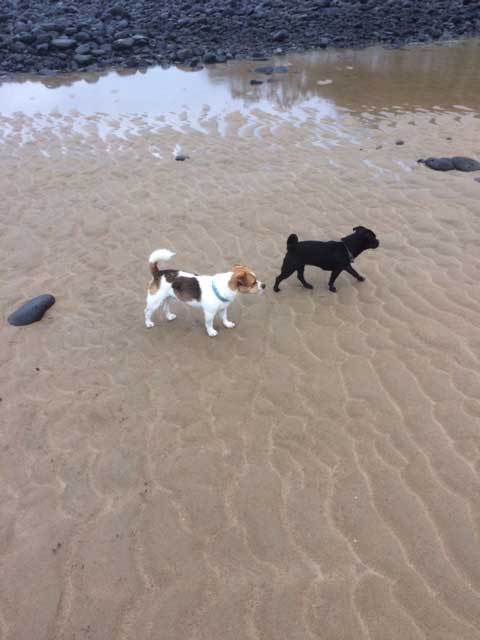 Gwen and Titan enjoying the sea at Rifle Range Beach

We first met German Pointer Phoebe three years ago when she flew into the UK from South Africa. Now her family has relocated to Australia, and Phoebe has joined them. Her family wrote to say:

“We have our fur baby with us again. She hasn’t changed a bit. She looked a bit stunned in her crate when we fetched her but she came around when she realised she was getting out and with us. I just want to say a huge thank you to you and your team. Thank you for getting her here safely and for putting up with my hundred and one questions. We are so so happy to have her here. We are so grateful. Here are some pictures of her running around with a stick in her mouth which is typical. We really appreciate all you have done.” 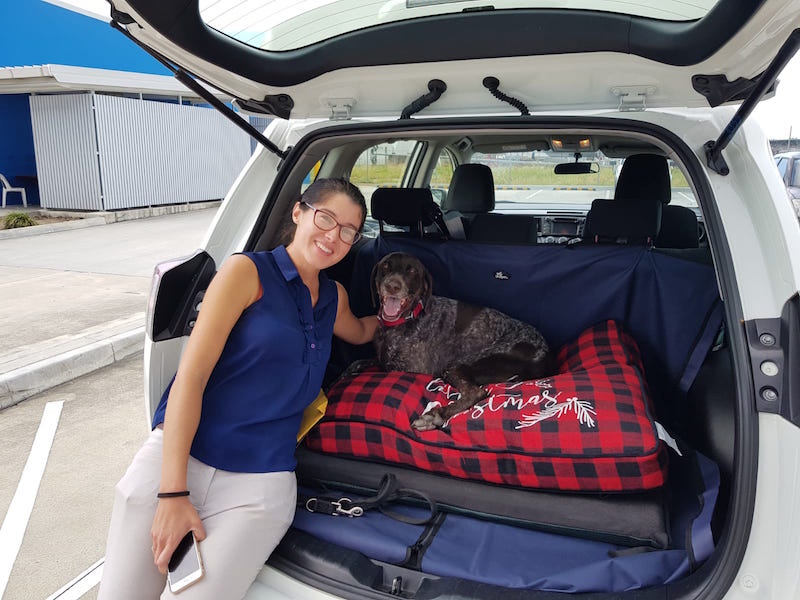 Phoebe happy to be back with her family 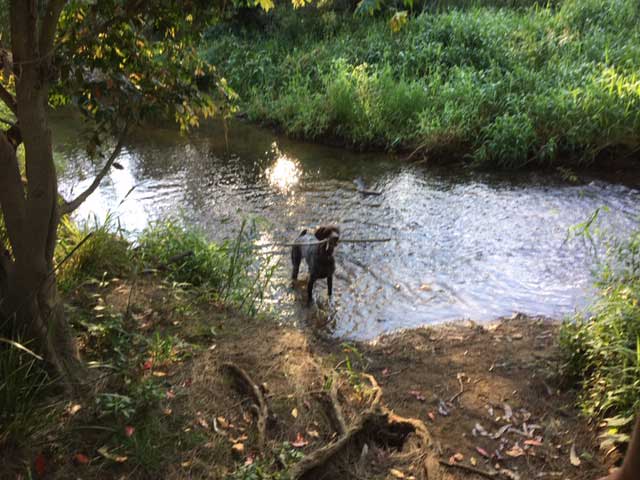 Animalcouriers arranged for Patchy to fly home to Australia after several months in Scotland. She flew with Emirates from Glasgow to Melbourne. Once her quarantine stay at Mickleham Quarantine Kennels was complete, we organised her onward flight to Brisbane. 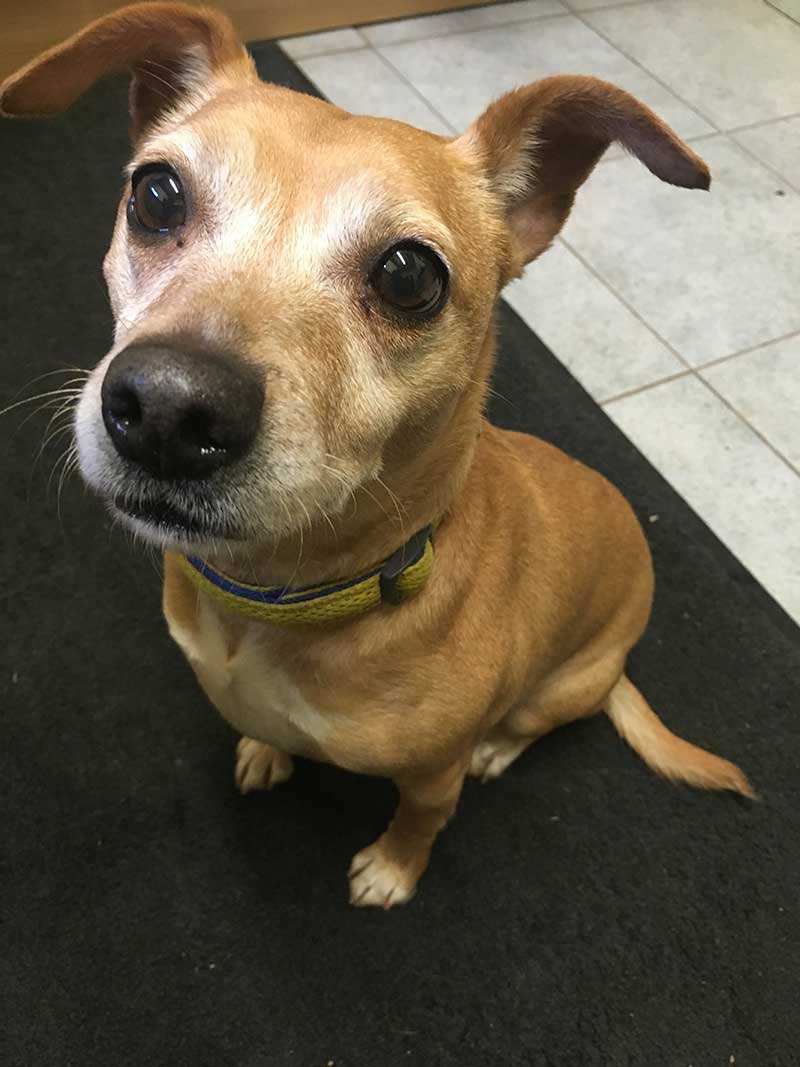 Patchy stayed in kennels in Scotland while her paperwork was completed 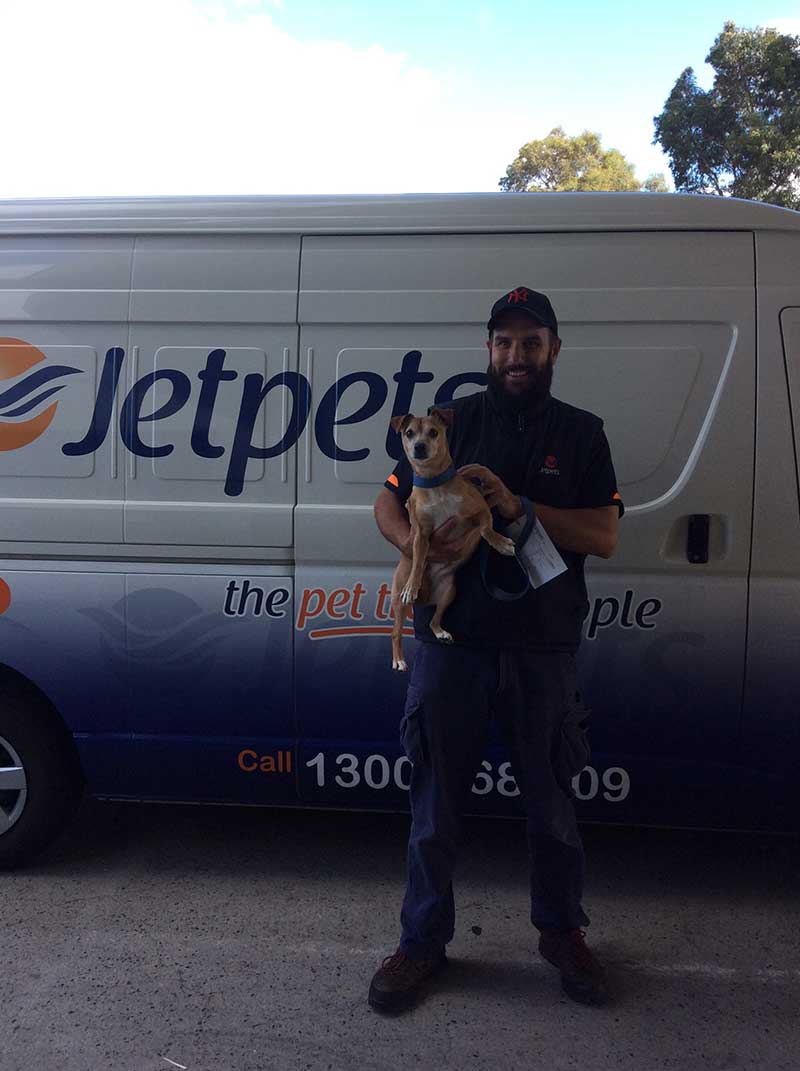 Patchy ready for her flight to Brisbane

Lucky Staffie Rudy swapped chilly England for the warmer climes of the British Virgin Islands. He flew with Virgin from London Gatwick to Antigua, where he had a day of sightseeing before his onward flight to Tortola. We made sure he had his Defra export certificates for both Antigua and his final destination, along with all the required vaccinations and blood test results, as well as permission to transit Antigua and land in the British Virgin Islands. 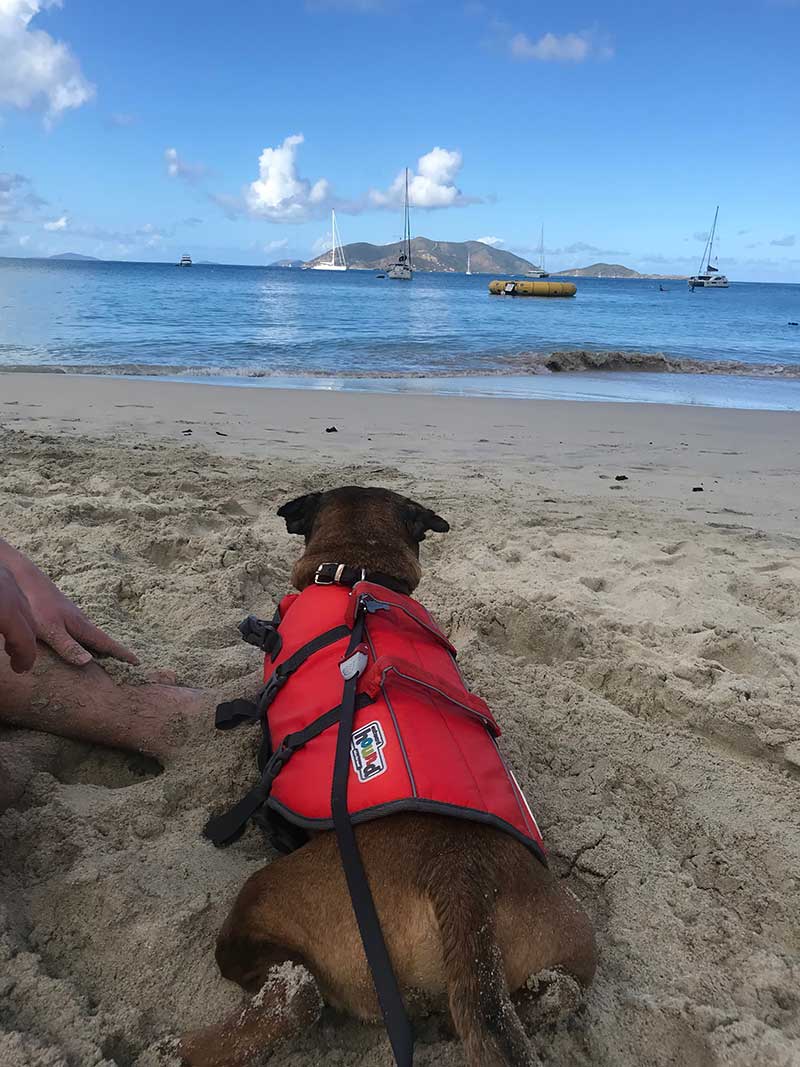 Rudy on the beach

Dear little Winston belongs to Graeme, who’s relocated to the Cayman Islands for work. We collected Winston from Graeme’s parents, who so enjoyed having him to stay, they’re now thinking of getting a dog of their own! 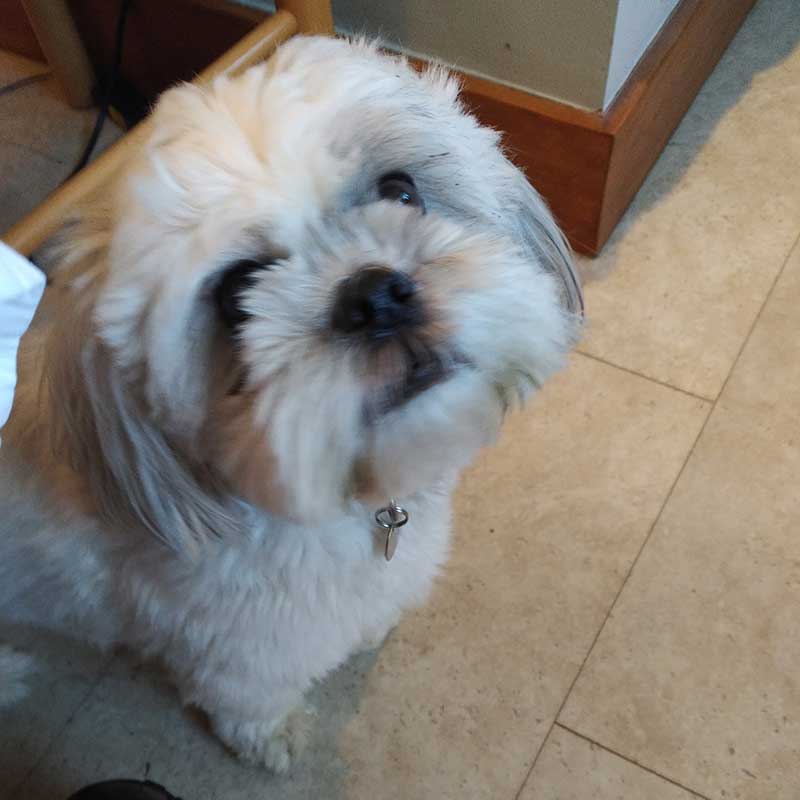