A round-up of trips to, and between, France, Portugal and Spain

Courier Mike recently made a trip to Provence in the south of France with regular passenger Oscar; and another to Portugal with dogs belonging to two families. Courier Mike flew home from Portugal, handing over the van to couriers J and M to transport a family of 18 cats and a dog relocating from Spain to France.

Much loved Oscar belongs to David and James, who split their time between Londonderry and Provence. 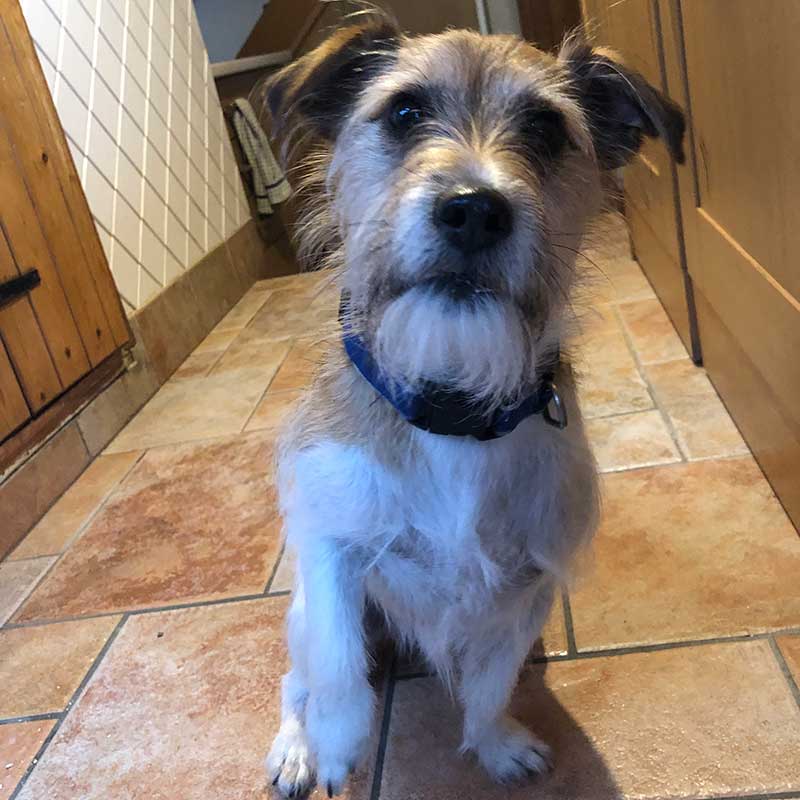 This splendid little chap broke his journey by homeboarding with courier J. He proved to be the perfect houseguest! 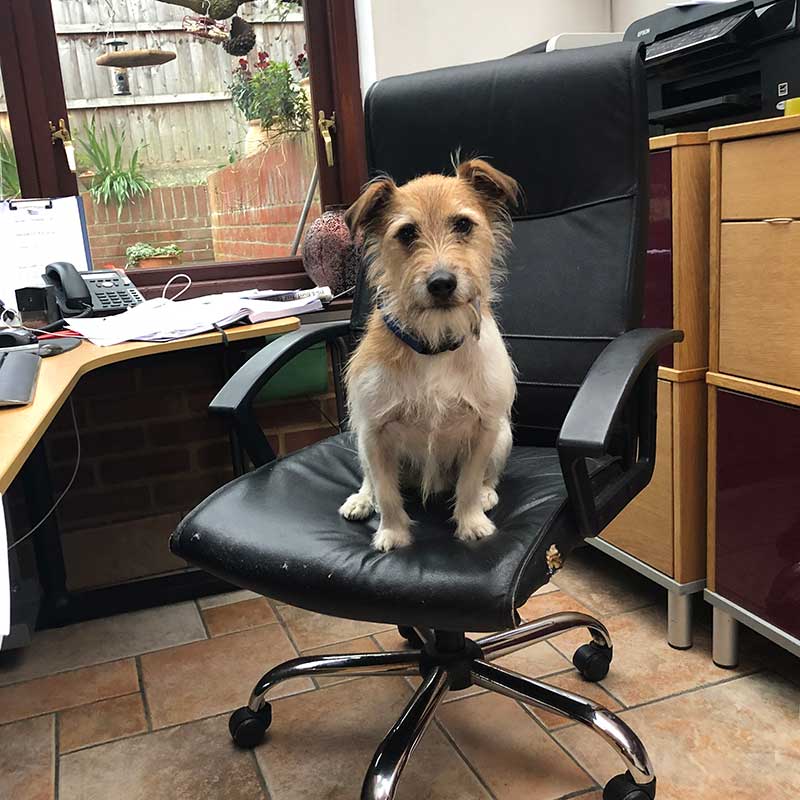 Oscar helping out in the office

“Three very happy dogs received. Courier Mike was brilliant. Sasha was ready to get back in the van when Mike was leaving! The dogs feeling already quite at home.” 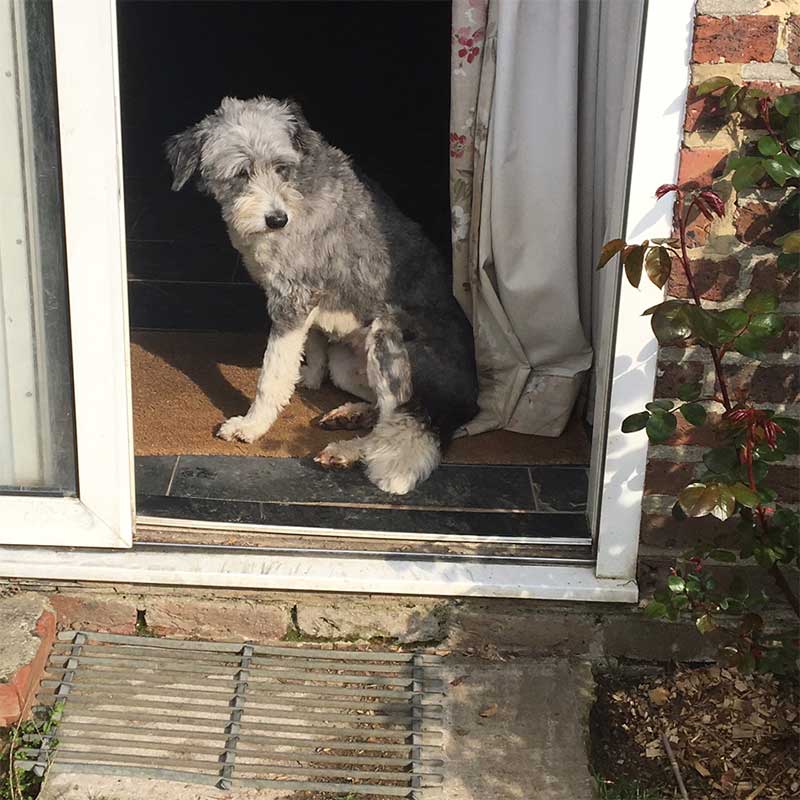 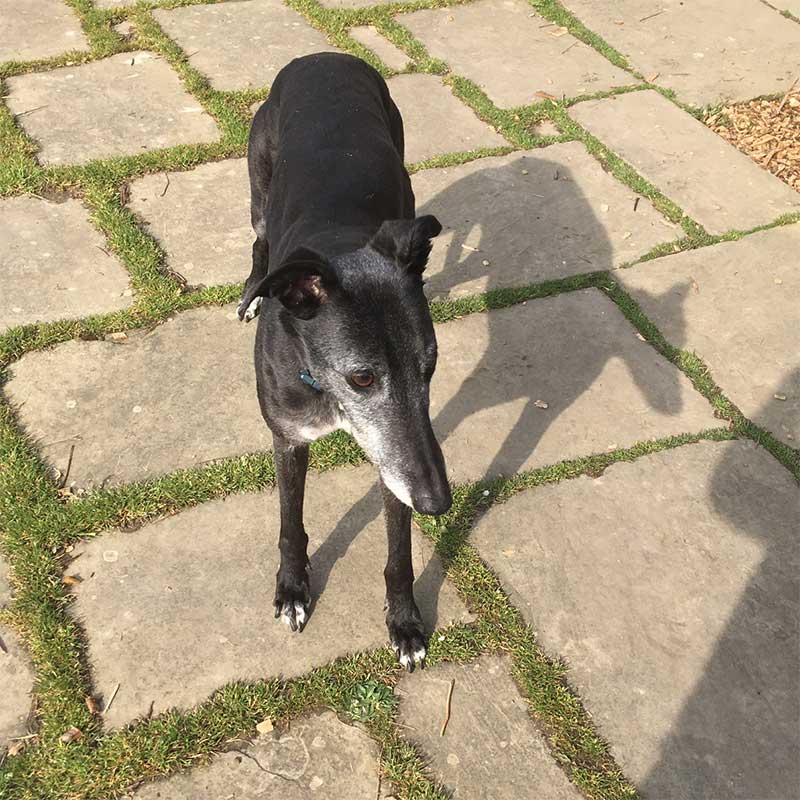 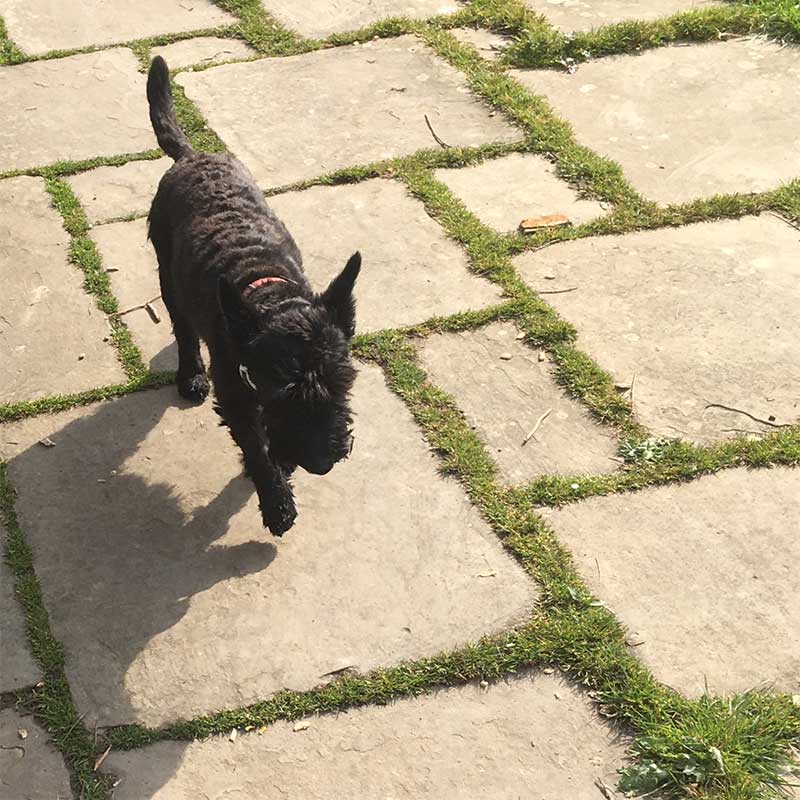 Courier Mike stopped off in Paris to collect Pug Biggie, travelling with us to owner Alex’s mother in southern Spain. 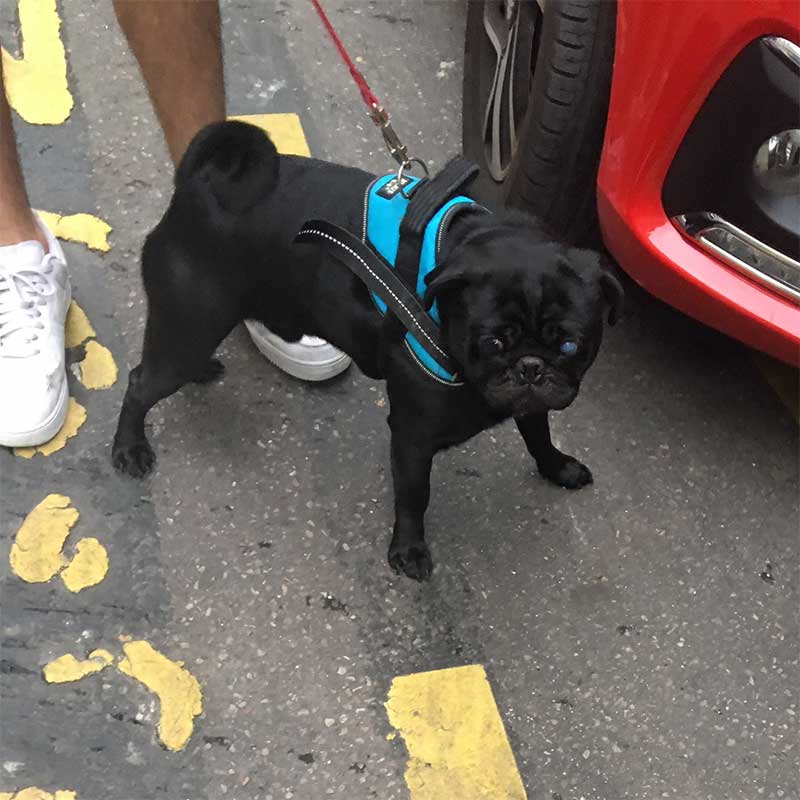 Rory and Robert have relocated with their large family of cats and a dog from Alicante in Spain, where they found the summers too hot, to the banks of Vienne in the Dordogne region of France.

Originally the owners of one cat, they visited a local rescue centre when their cat went missing, in the hope of finding it there. Sadly there was no sign, but they came away with a kitten. They went on to foster three cats, which became part of the family. Over time, they adopted cats who were sick or injured; or who originally belonged to friends or conveyancing clients who returned to their home countries.

At their new home, the cats and dogs — all calm and well behaved travellers — have a lovely woodland area and riverbanks to explore. 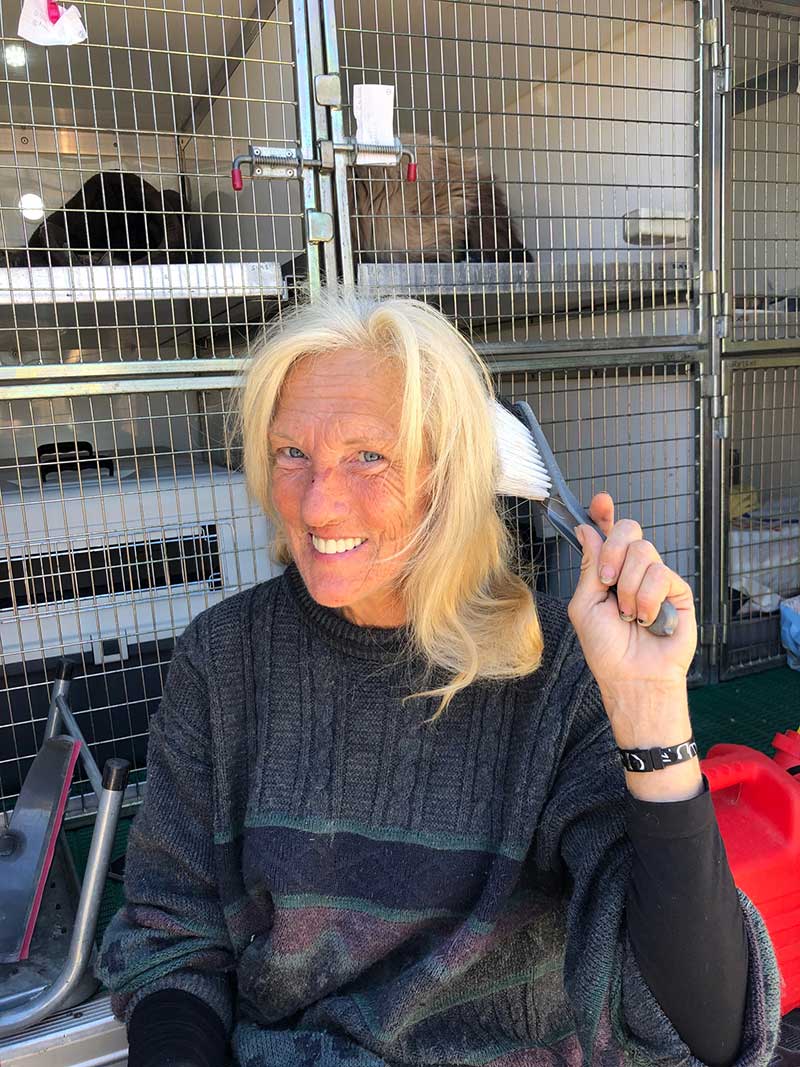 We collected Rory and Robert’s crew from Angela, owner of Pampered Cats Cattery near Catral, a very nice cattery alongside an equally nice livery stables 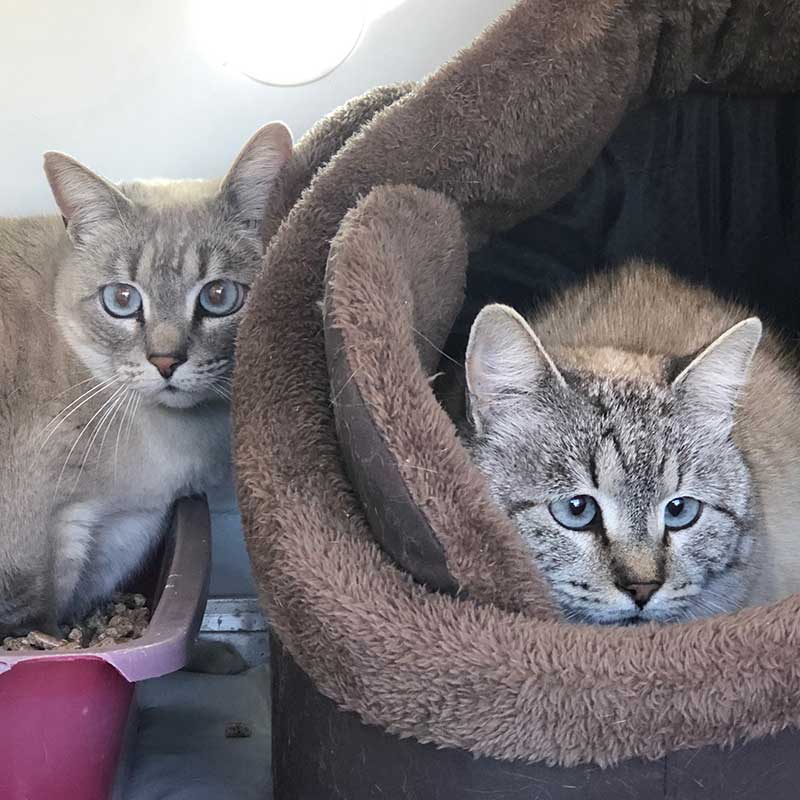 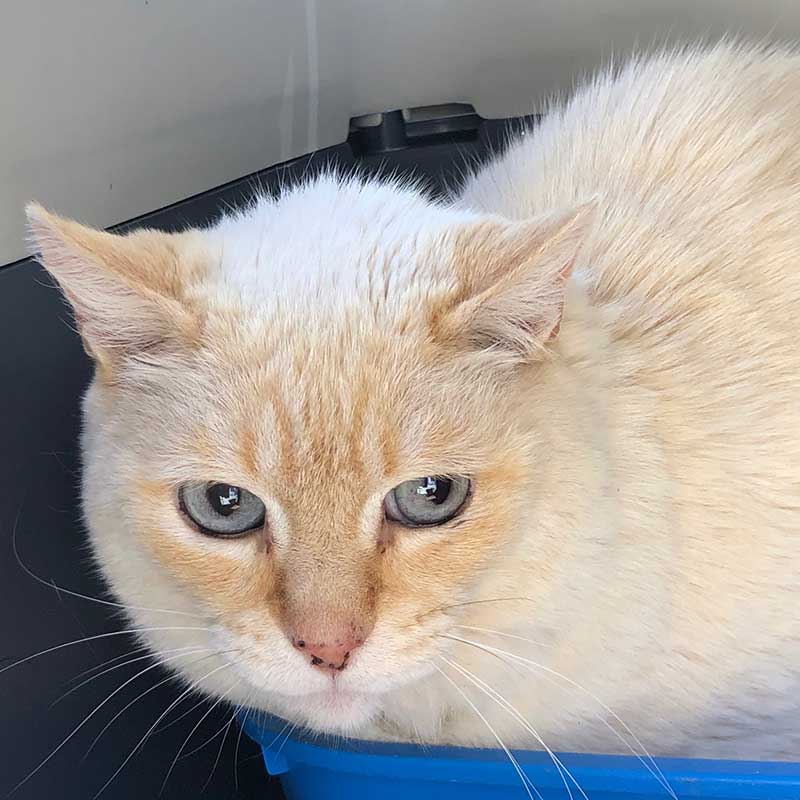 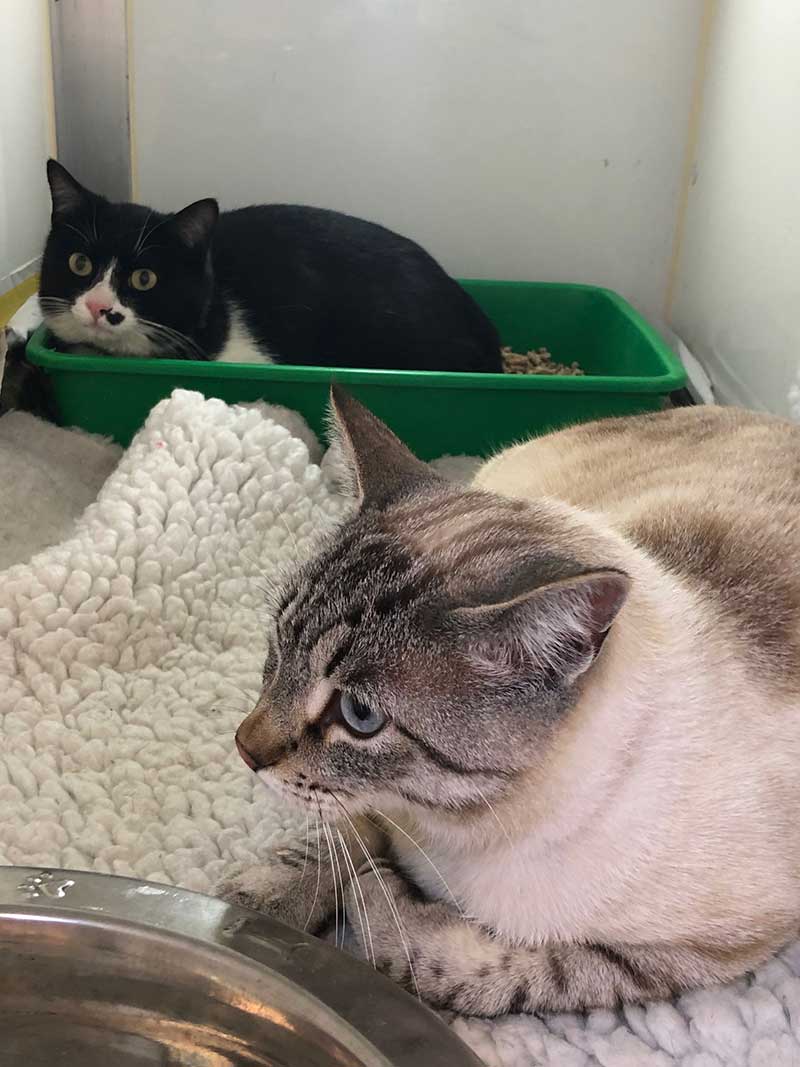 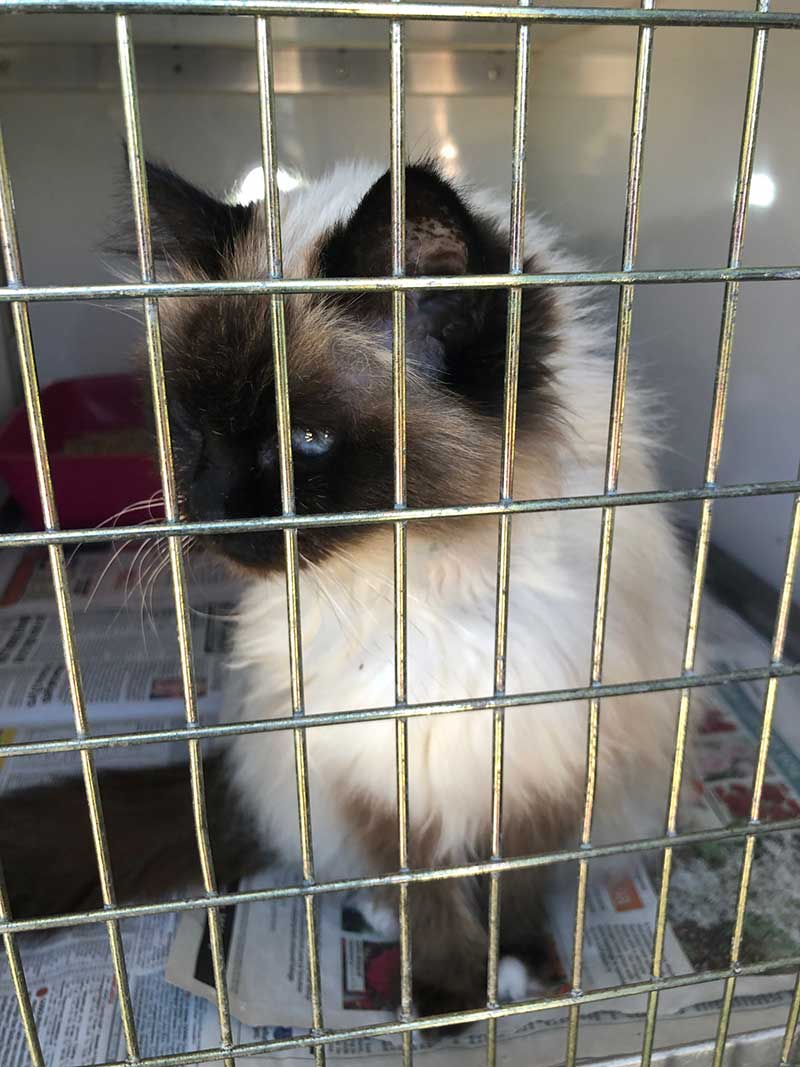 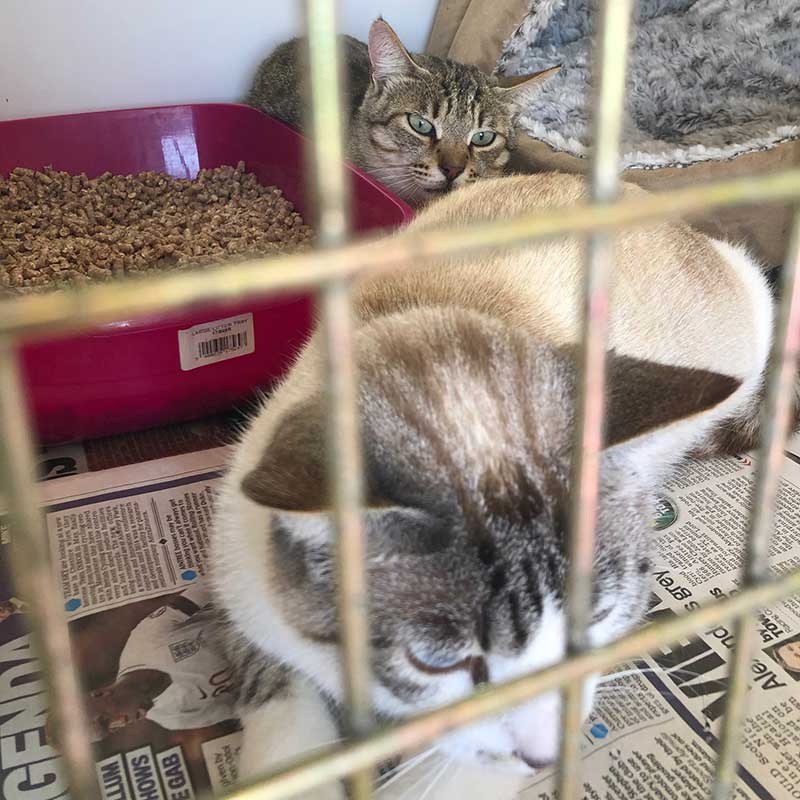 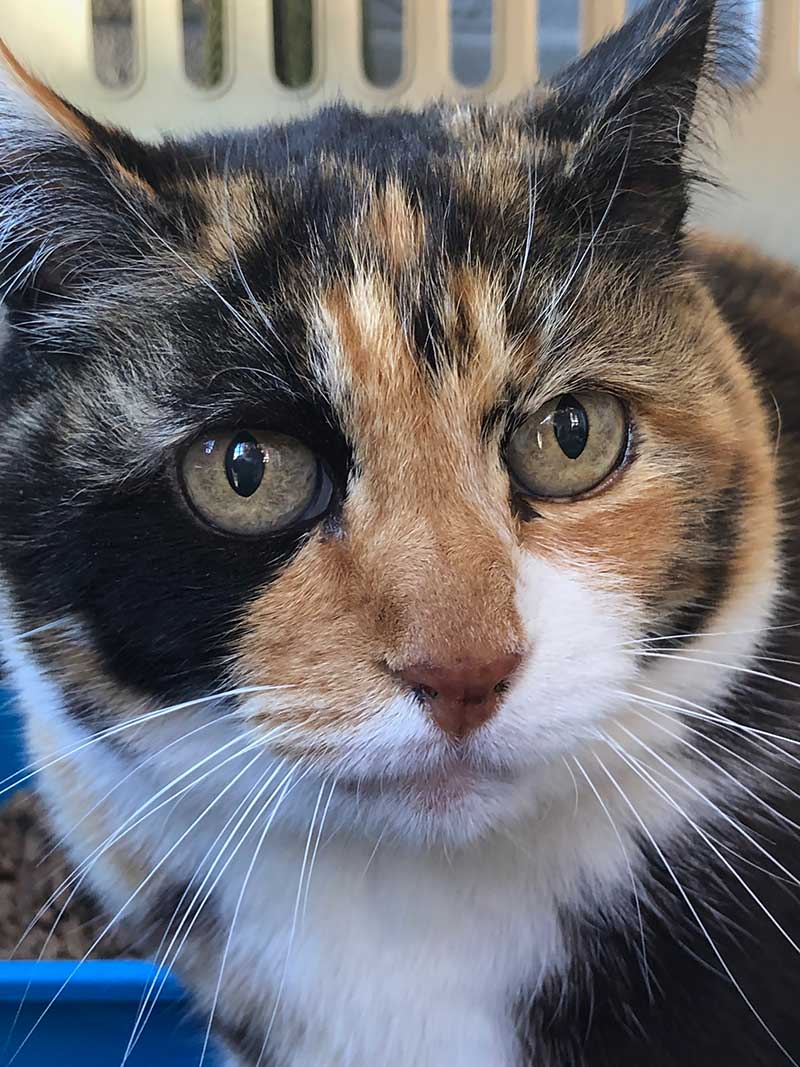 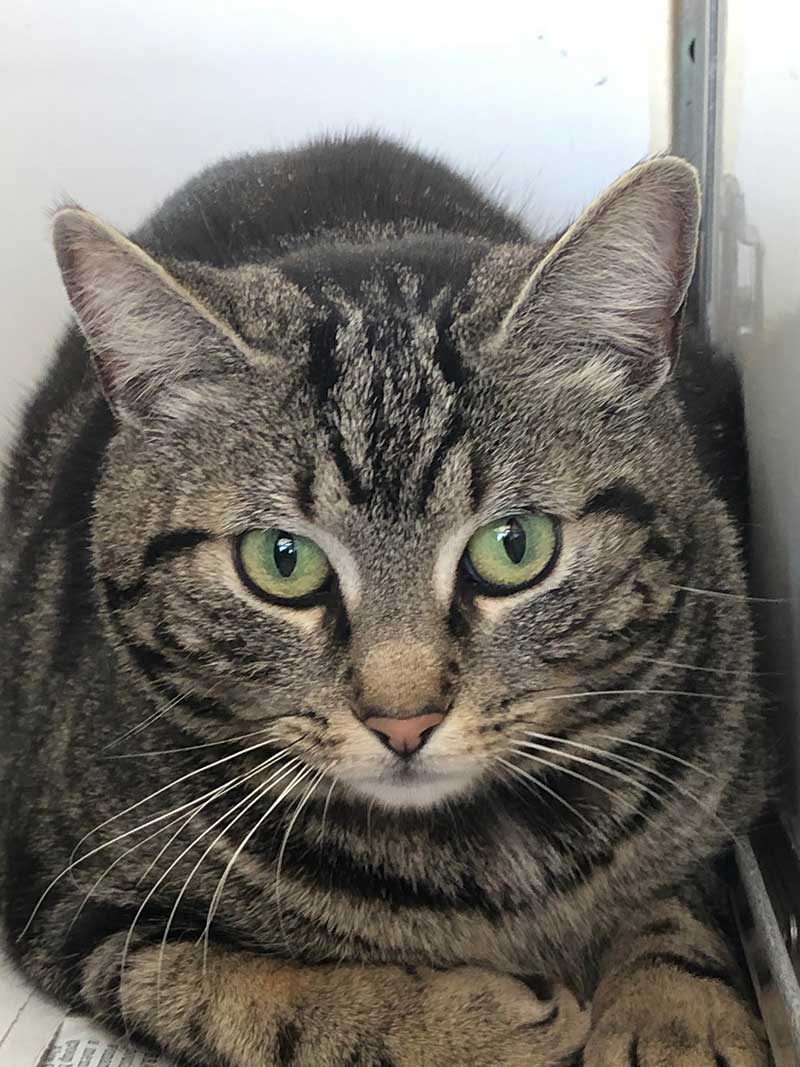 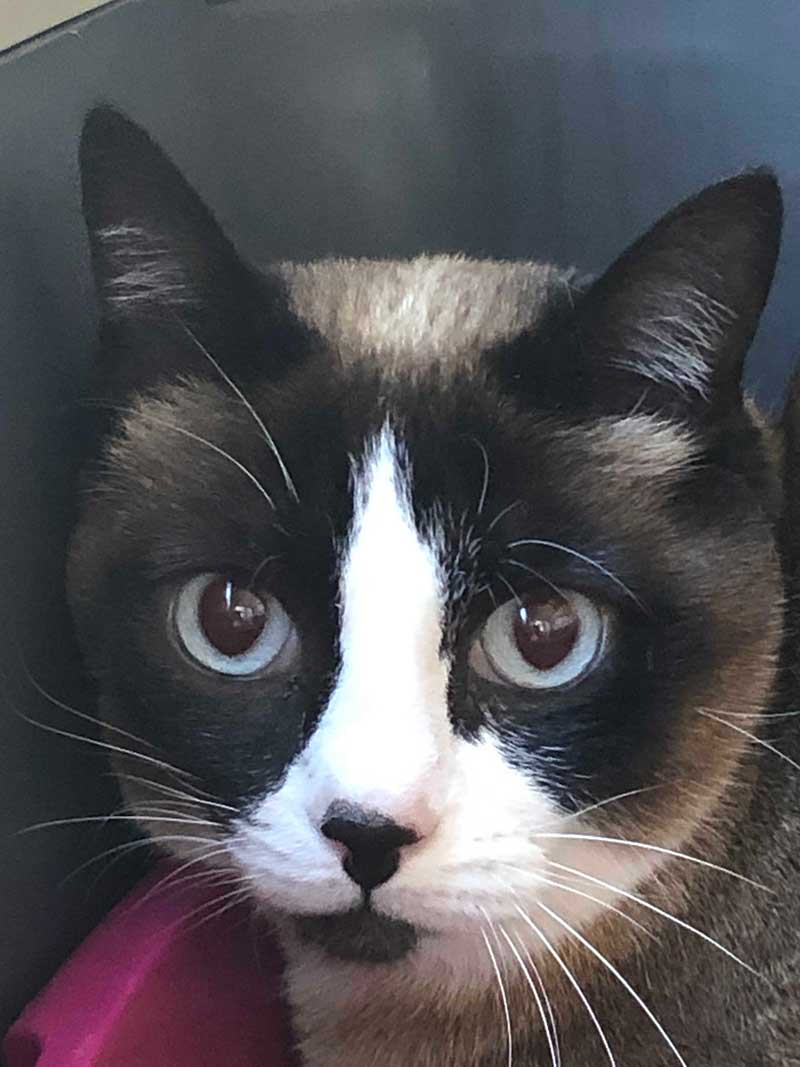 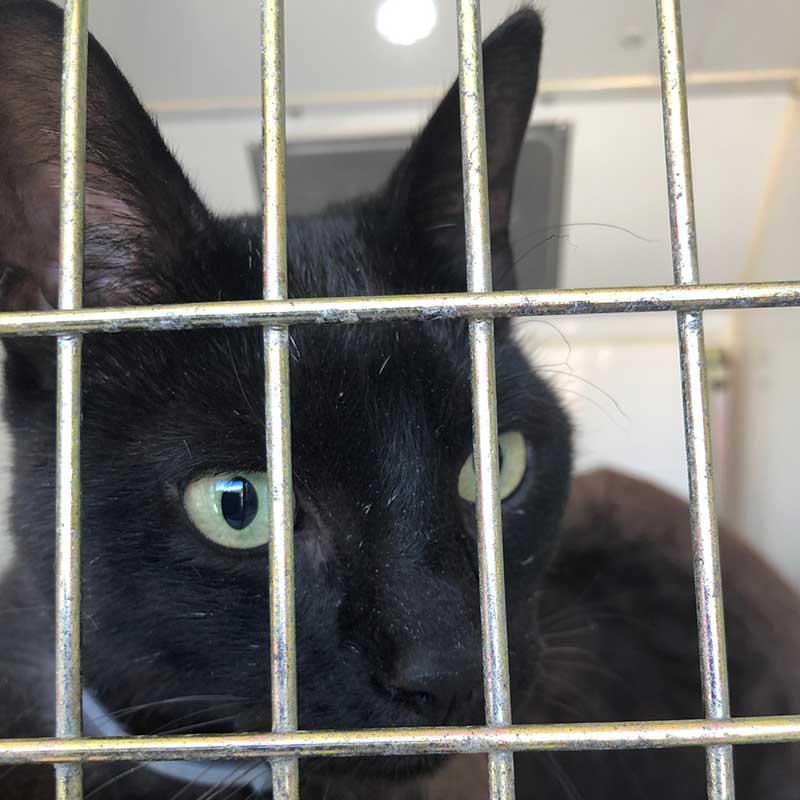 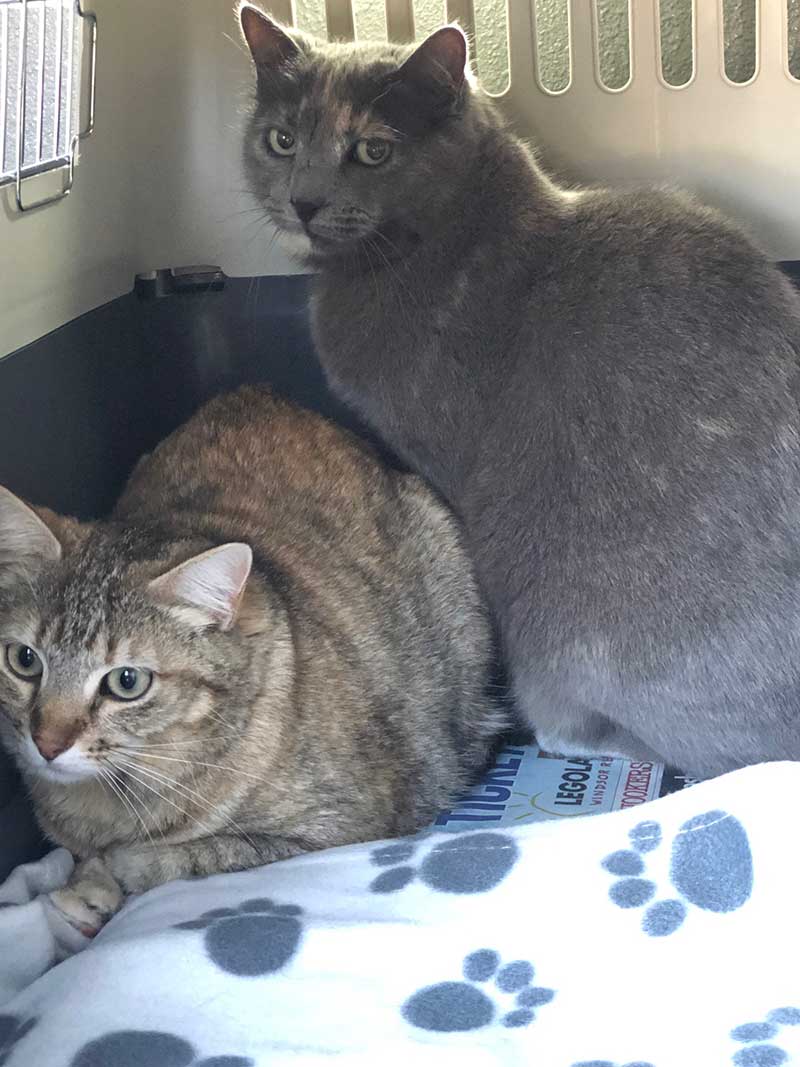 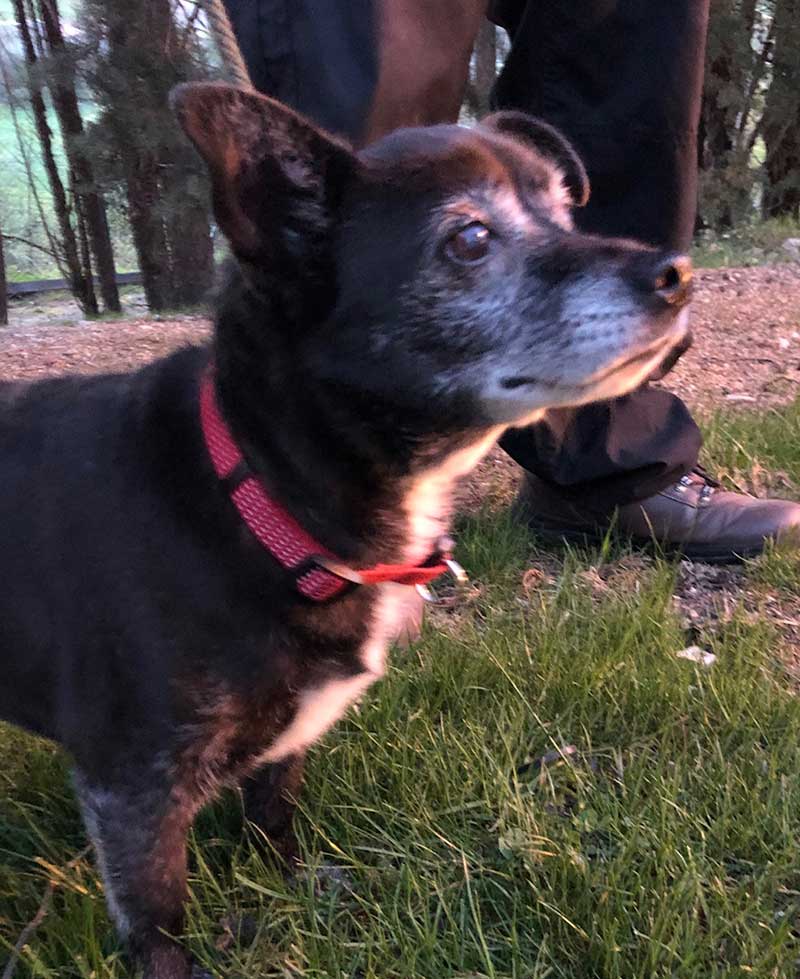 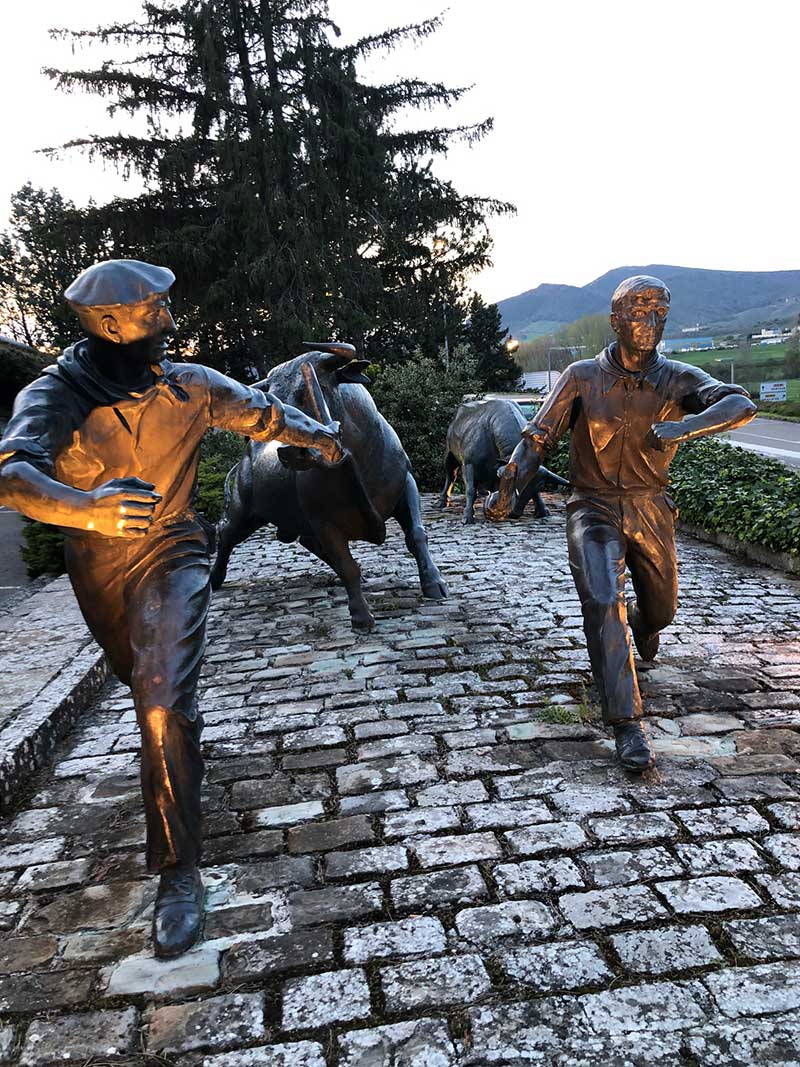 We stopped off in Pamplona, where we admired this sculpture depicting the famous running of the bulls 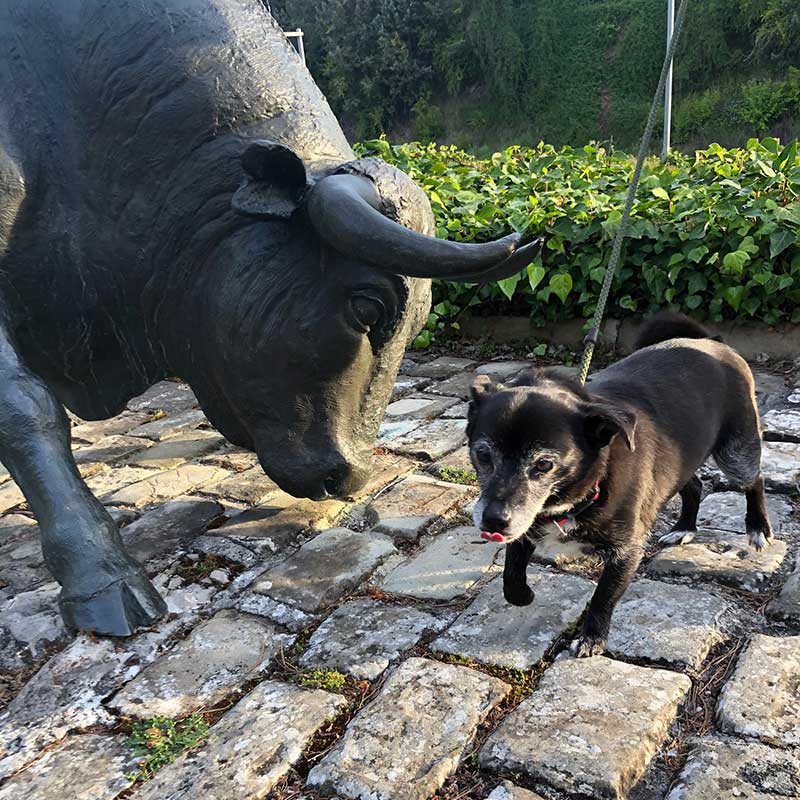 Ellie was quite unfazed by this enormous bull 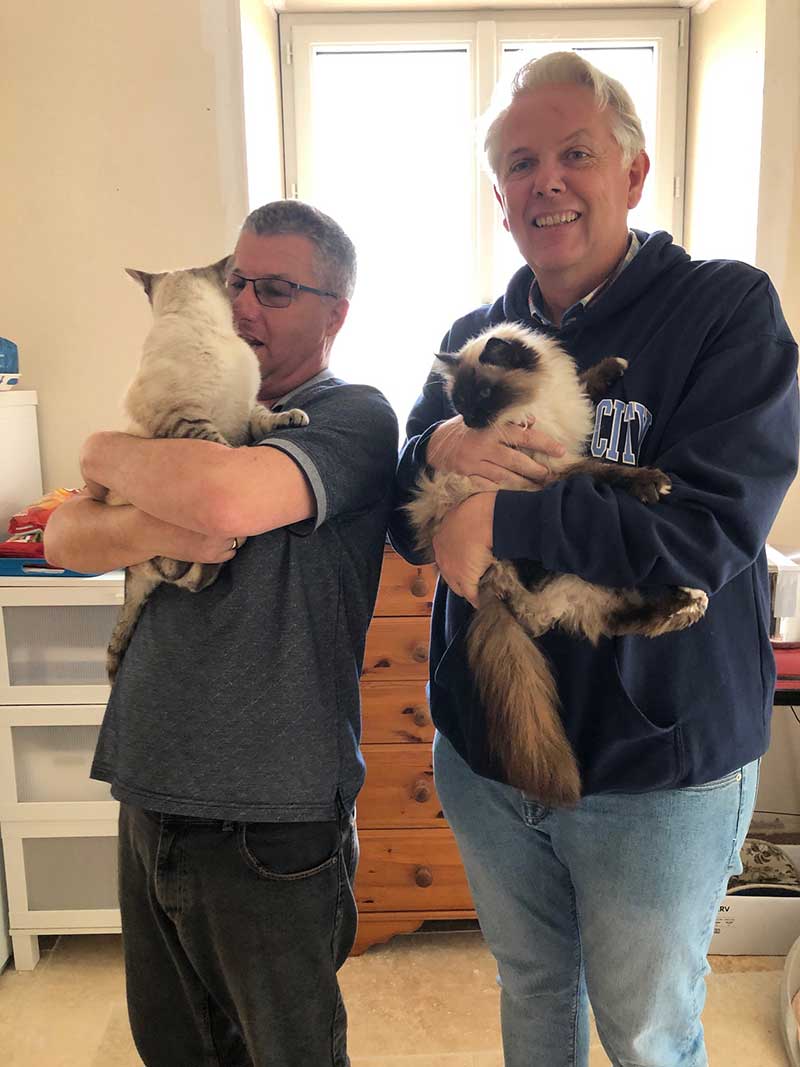 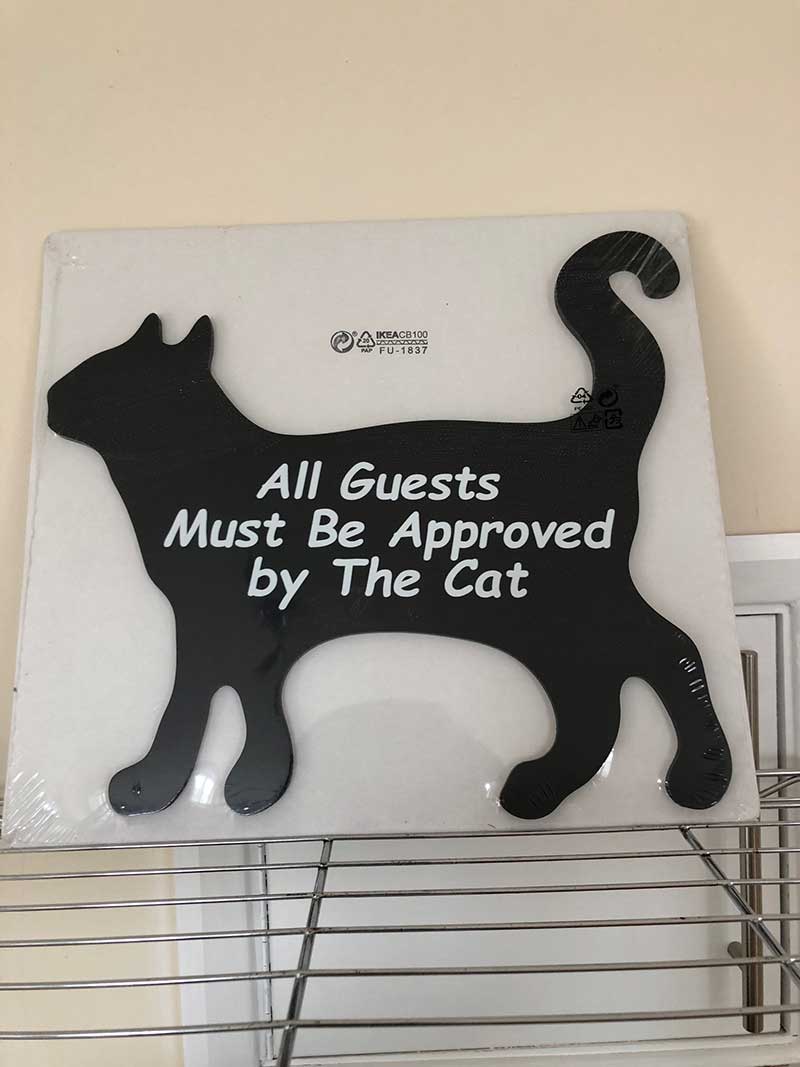 We hope we passed muster!