Jack from Liberia; and a round-up of recent short trips

Animalcouriers recently helped Ben manage the final stage of bringing his adopted dog Jack from Liberia to the UK.

We thought too it was good moment to catch you up on a few short trips our couriers have recently undertaken. We also have news of a couple of past passengers to share.

When evolutionary biologist Ben (@Ben_garrod) was filming for the BBC in Liberia, he fell in love with a gorgeous little stray dog called Jack, and decided to adopt him and bring him to the UK. Not the easiest undertaking, but fortunately Ben is friends with Jim Desmond, a vet based in Liberia who co-runs the Liberia Chimpanzee Rescue & Protection sanctuary.

Jim was able to step in and prepare Jack for the move, taking care of his microchip, rabies vaccination and blood test, as well as filling in all the forms.

Pets flying into the UK have to travel as manifested cargo, but that wasn’t feasible from Liberia. Instead, Jack travelled as accompanied luggage on a flight he and Ben took to Brussels. We were able to advise Ben on the final paperwork Jack needed to enter the EU.

They landed at 5am at Brussels airport, where courier Gwen was waiting to scoop Jack up, while Ben dashed off to catch his connecting flight to London Heathrow. Courier Gwen then drove Jack to the UK via Eurotunnel, bringing him to our Surrey base and giving Ben time to get home to Bristol. As courier Gwen had been up for a rather long time by then, courier Richard took over to complete Jack’s onward journey to Bristol, where Ben was eagerly awaiting his arrival.

Jack and his journey have been featuring in Ben’s Twitter feed. In a recent post he said:

“If anyone ever needs help moving a pet from one part of the world to another (even the less well-traveled places), then the team at @animalcouriers are amazing in every way! Thanks so much guys for my incessant questions and hurdles. He’s now settling in well! 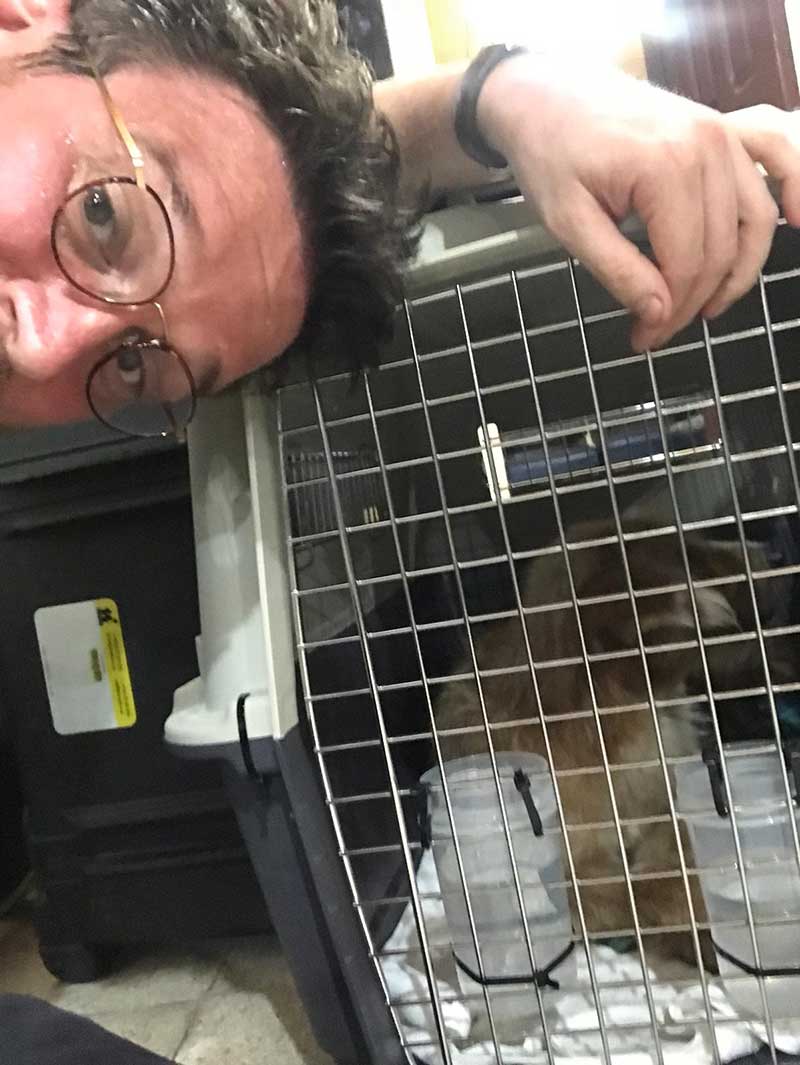 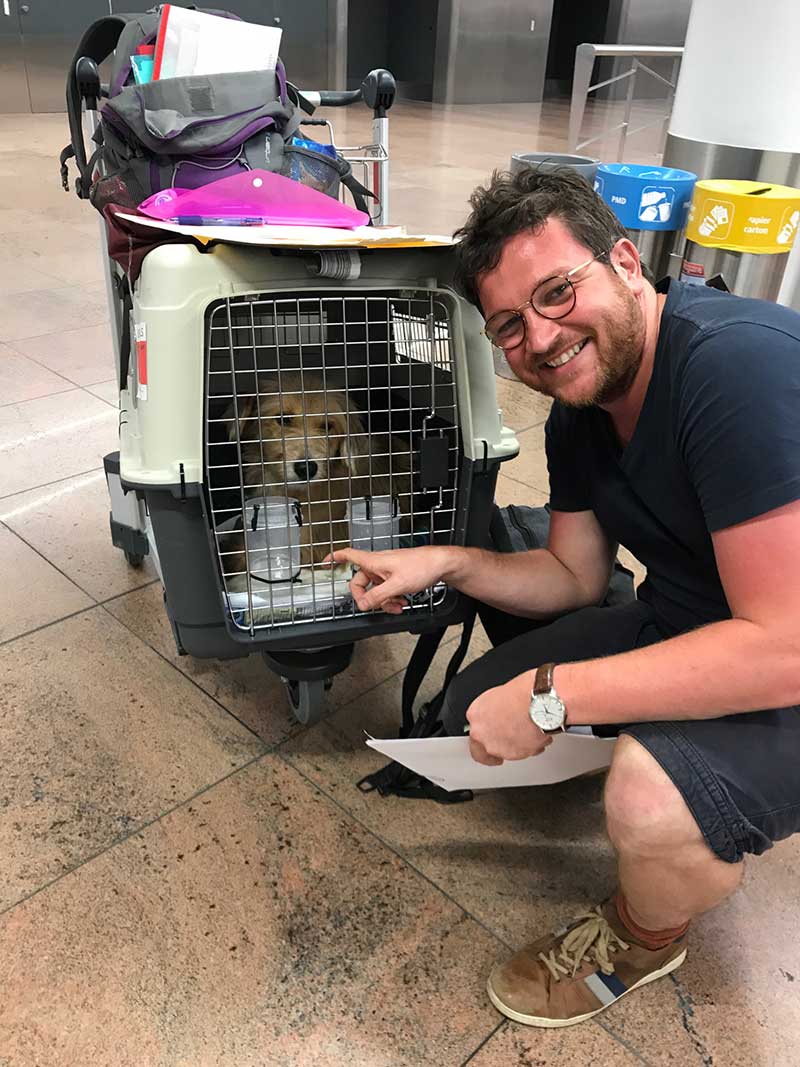 Ben and Jack at Brussels airport after their flight from Liberia 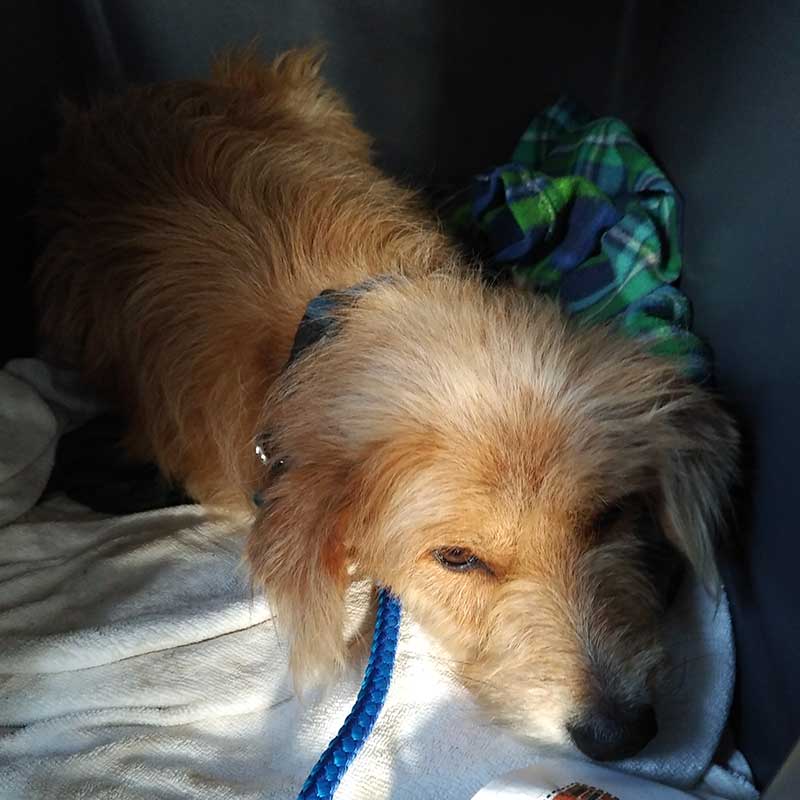 Jack very calm and relaxed after a walk 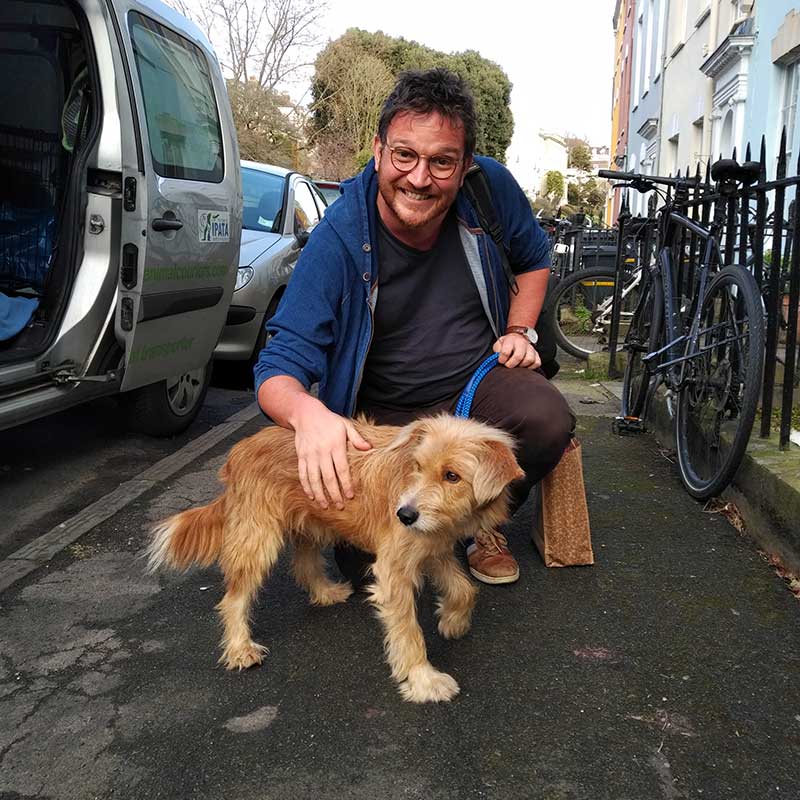 Earlier this month, courier Gwen travelled to Mougins in France to collect gorgeous young Sheltie Peanut and bring him to the UK. 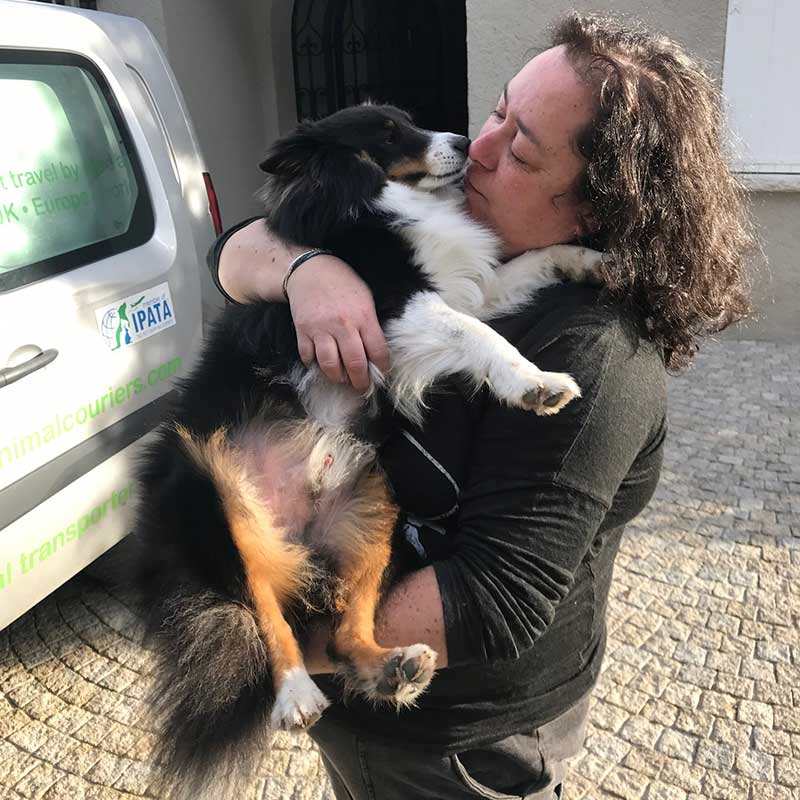 A goodbye cuddle for Peanut from Florence 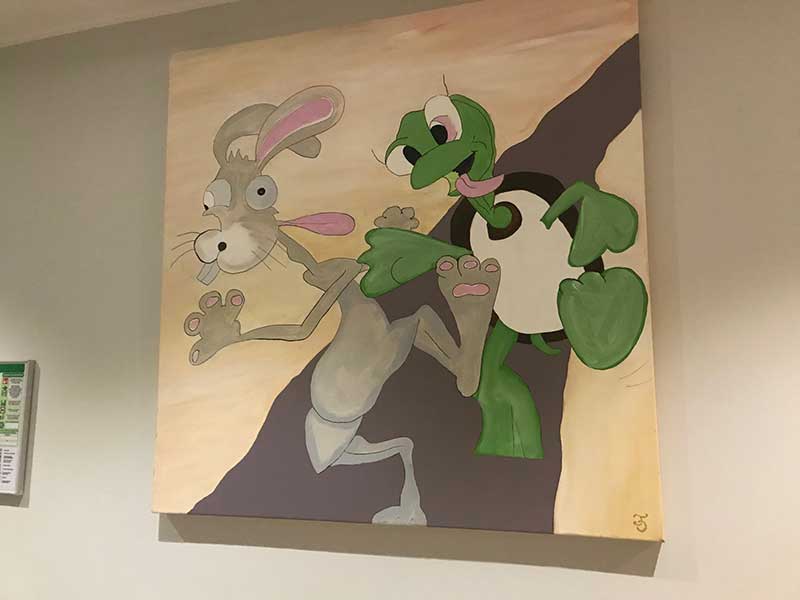 Animalcouriers-appropriate artwork at our hotel in Mougins 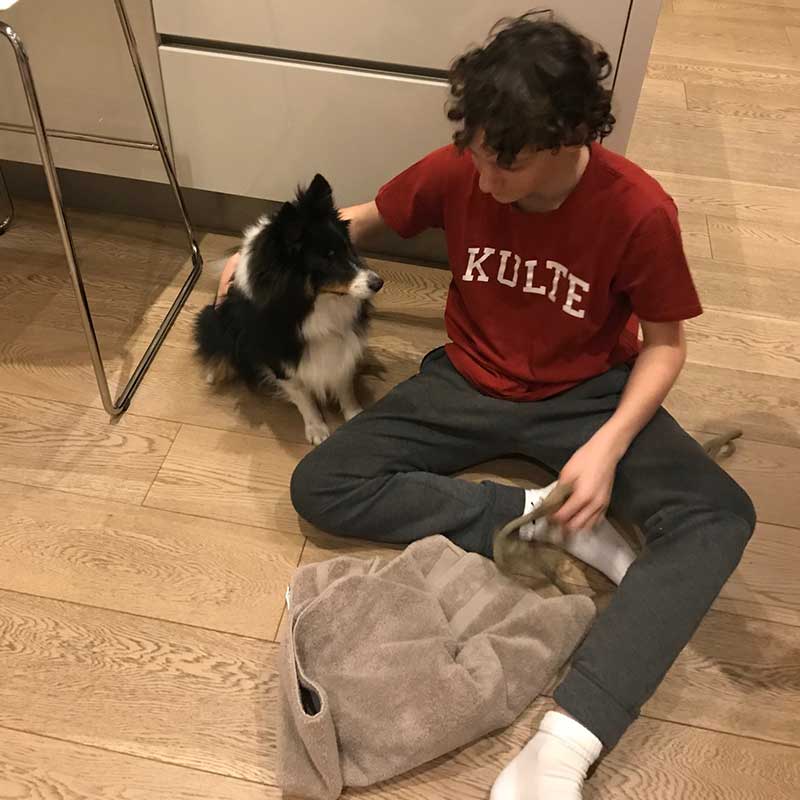 A warm welcome for Peanut from his family in London

Also travelling with courier Gwen from France was tortoise Basil, who belongs to Sally. His journey took him from Morzine to our Surrey base, where he stayed for a few days until Sally could collect him. 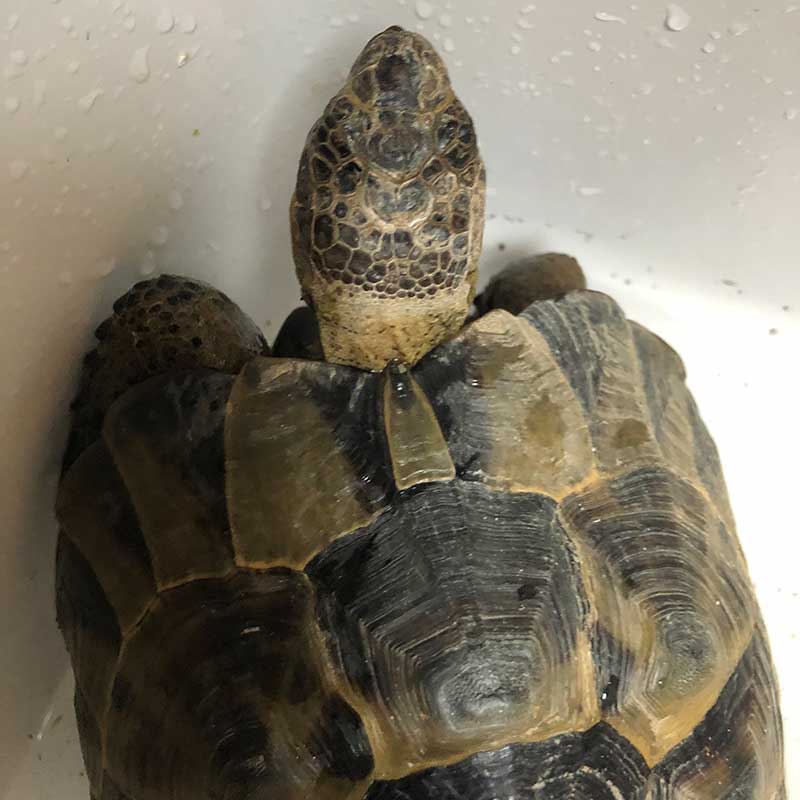 Basil taking a bath. He loves a little swim around, and then back to his vivarium.

Loki to the Isle of Man

In February courier Richard collected cute eight-week-old mini Dachshund Loki and delivered him to his new family at Heysham ferry port. Loki is a therapeutic addition to the family for son Zak. This is the only breed of dog that Zak isn’t allergic too — probably because he’s been around his grandma’s Dachshund since he was born. 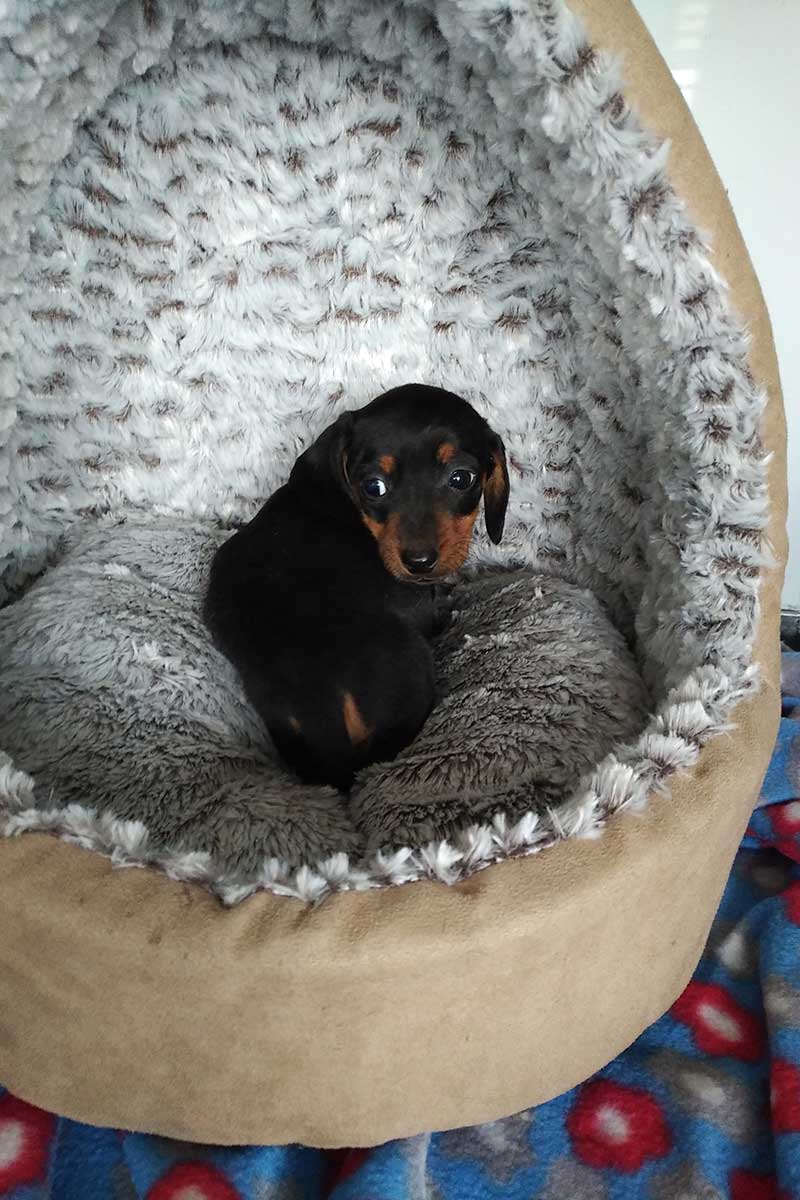 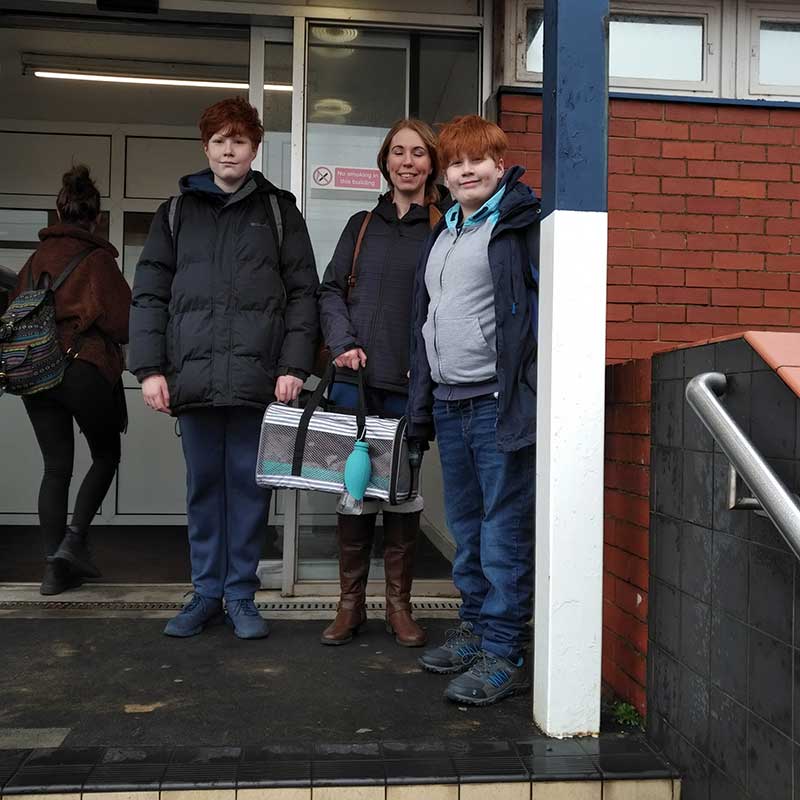 Zoe with sons Zak and Ben at the ferry terminal 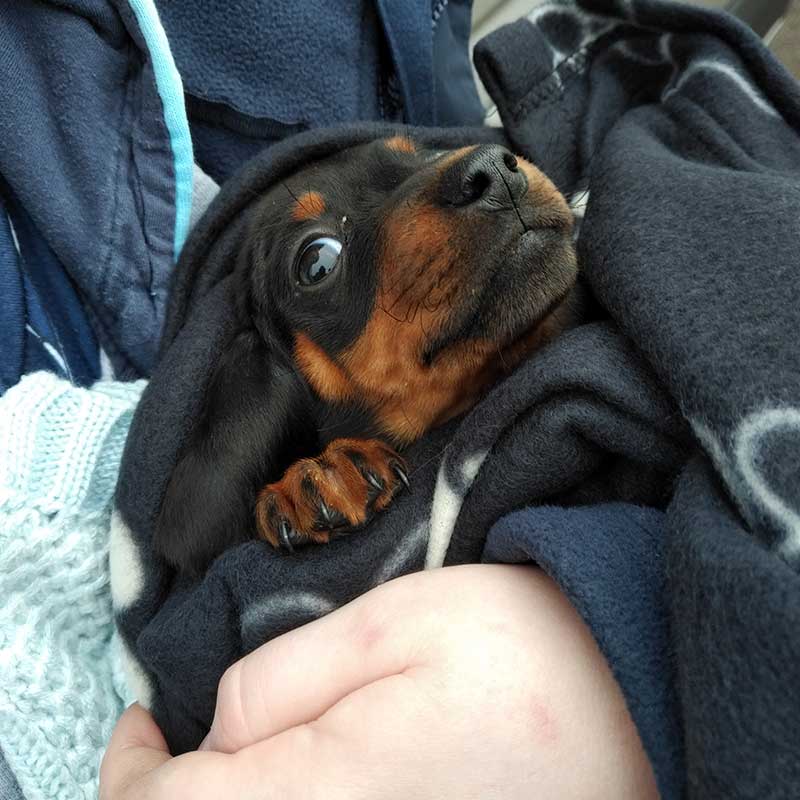 Darling Oliver belongs to Cornelia, for whom we transported a dog called Sambo some years ago. In February courier Helen collected Oliver from breeder Melissa in Devon. He homeboarded with Helen and family before travelling with courier Den to Sotogrande. 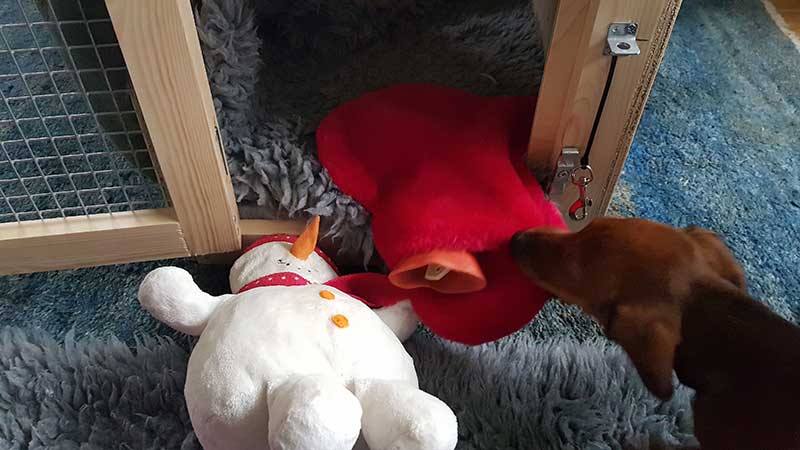 This playful pup wanted all his toys at once 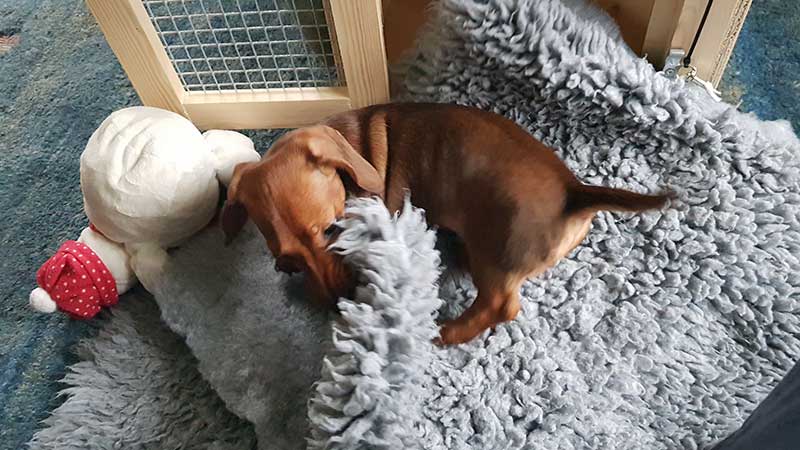 Then it was the rug’s turn 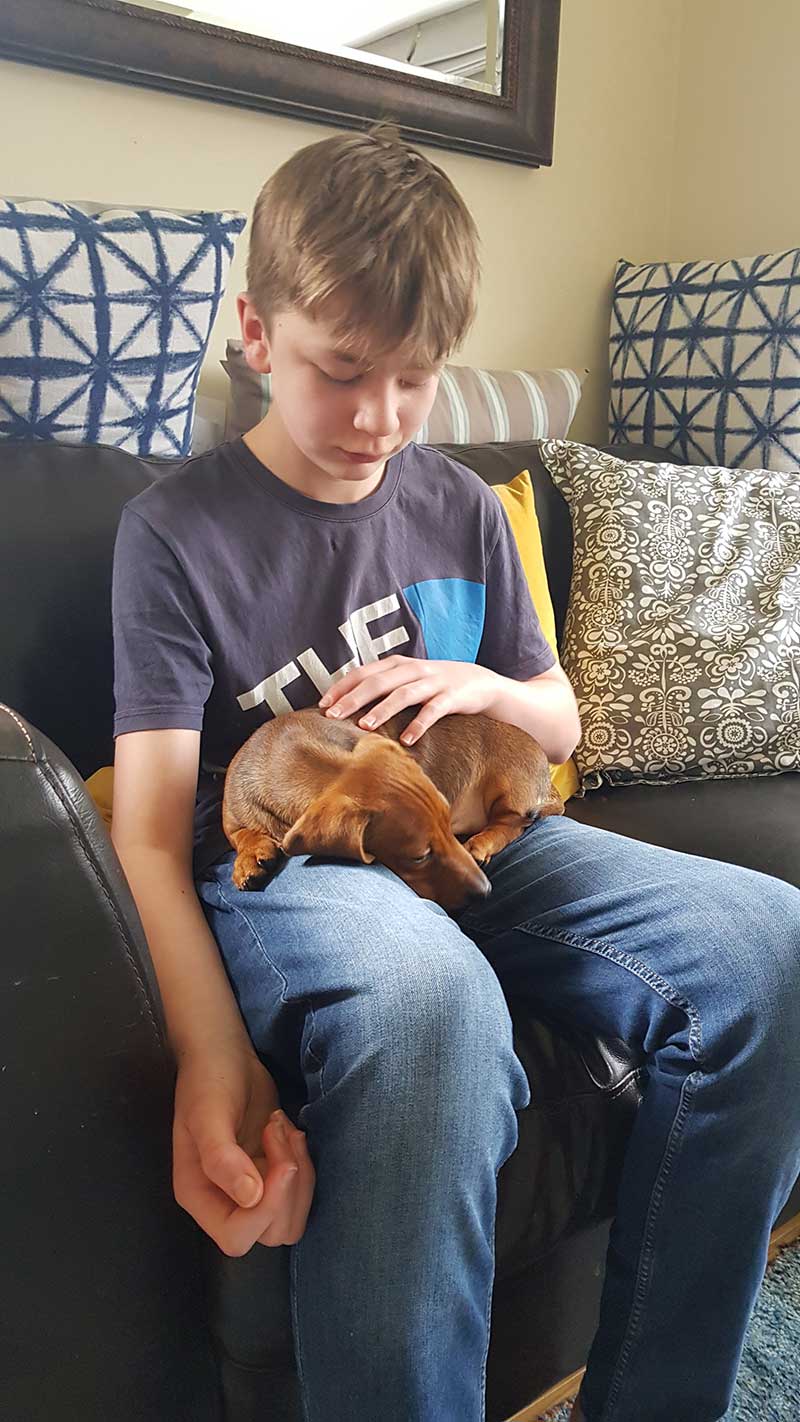 Time for a cuddle with courier Helen’s son 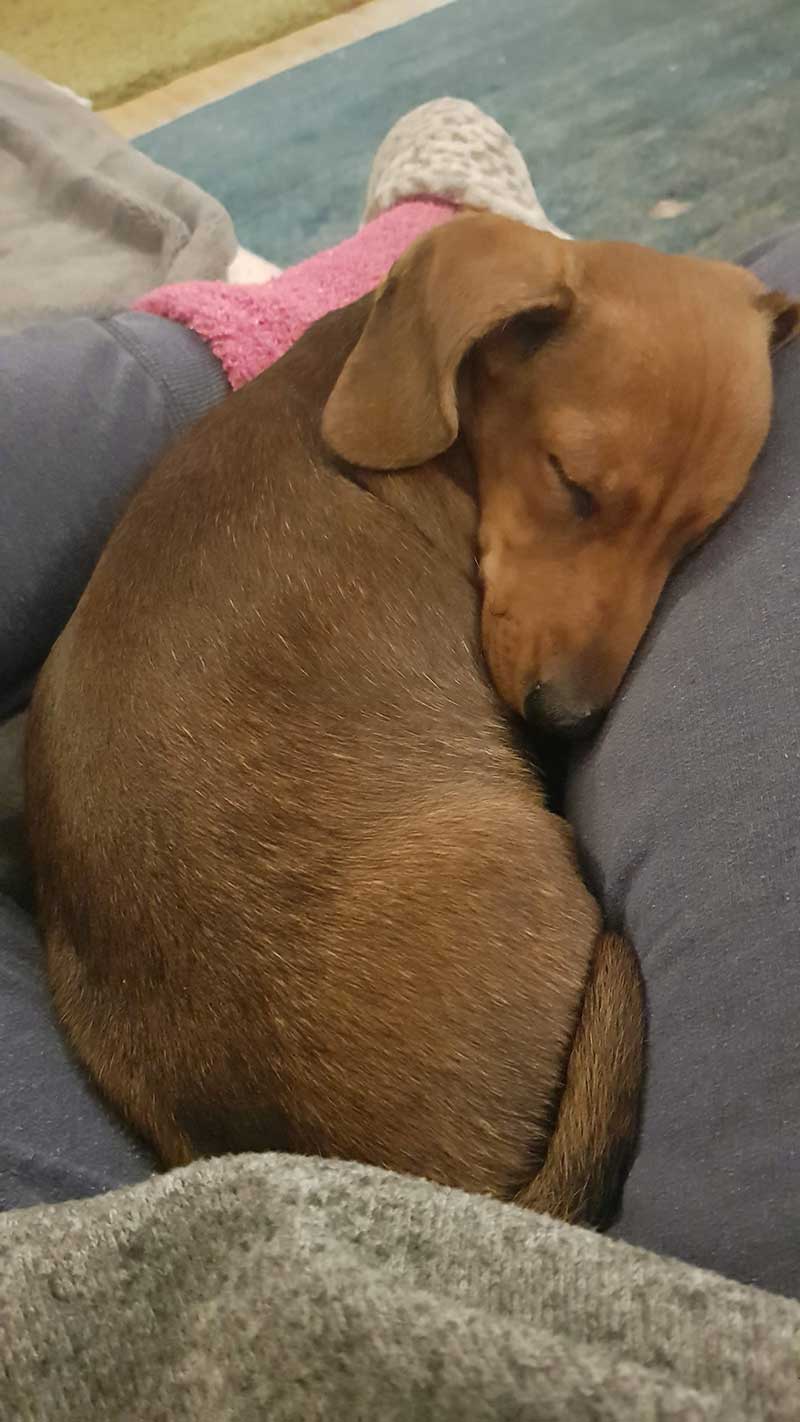 And then a big sleep

At the end of January courier Ricardo made a bespoke trip to the Czech Republic, to deliver this beloved cat trio to Raquel and family who’ve relocated to Prague. It was so cold on his overnight stop that courier Ricardo took the cats into the hotel with him, where they enjoyed roaming around the suite he was unexpectedly allocated! 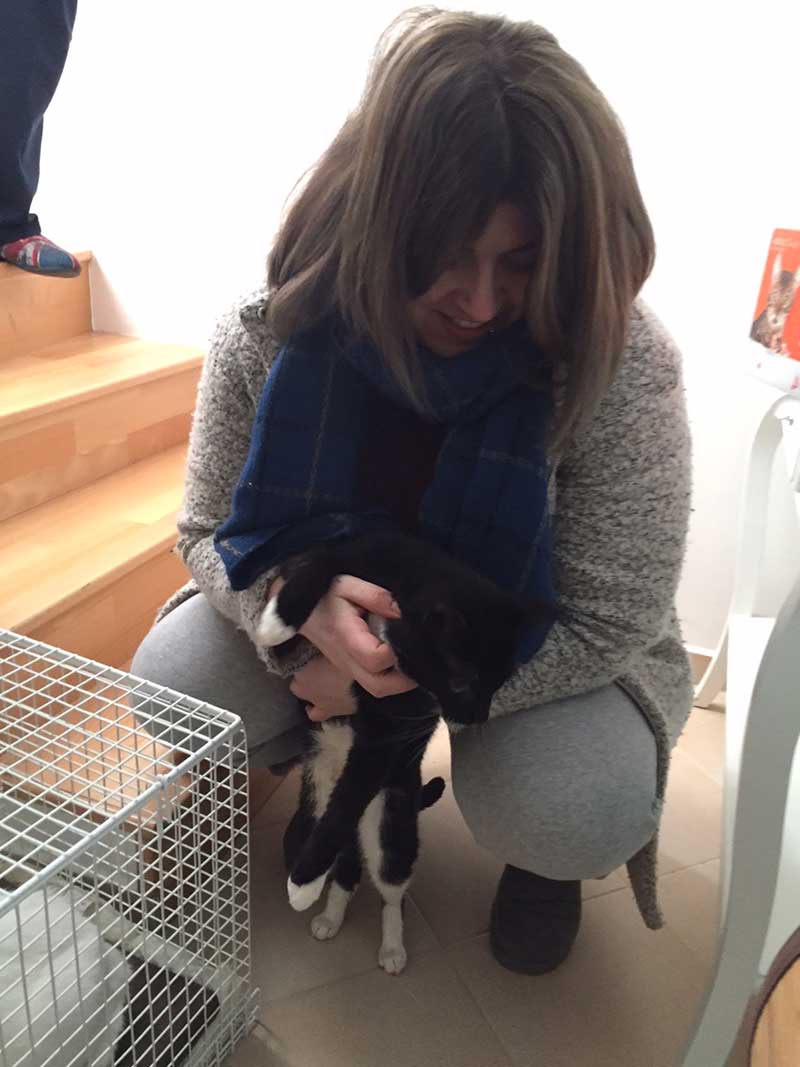 Happy reunions in Prague for Raquel and her cats 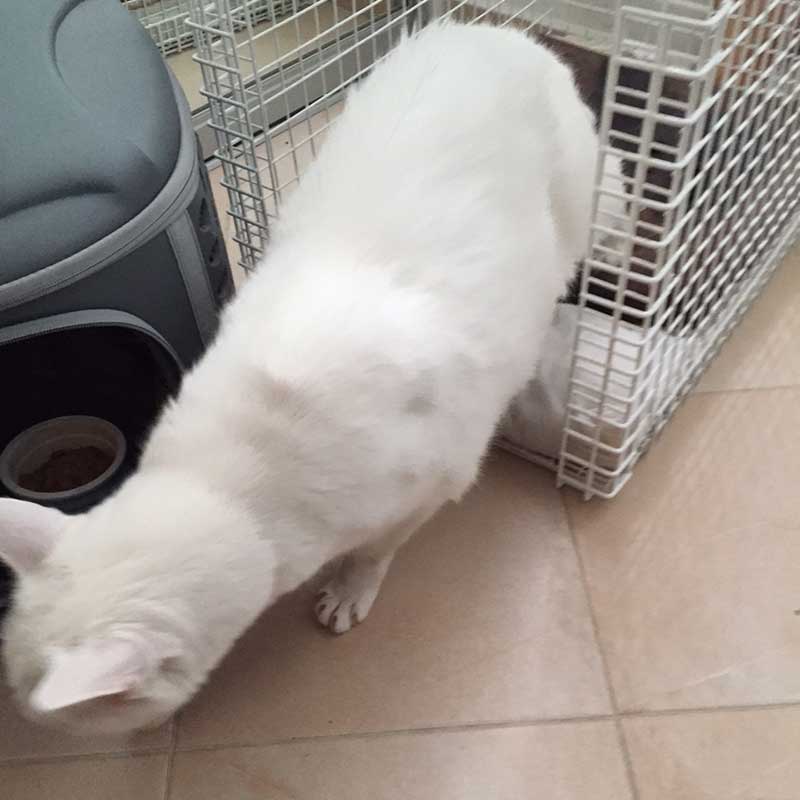 No time for cuddles — Mihura takes off to explore! 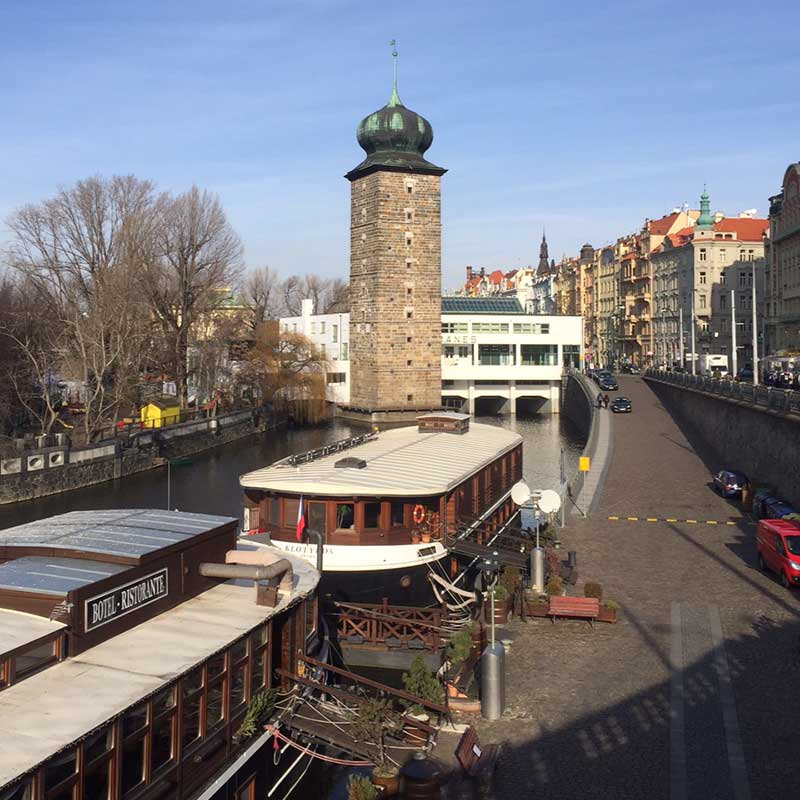 The next day was bright and sunny, so courier Ricardo spent a bit of spare time sightseeing 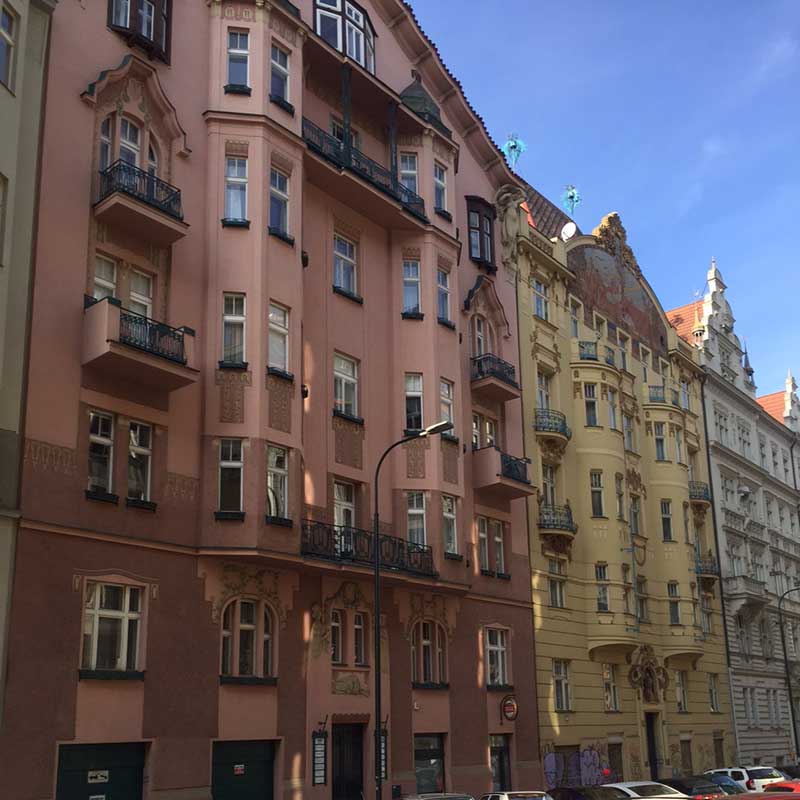 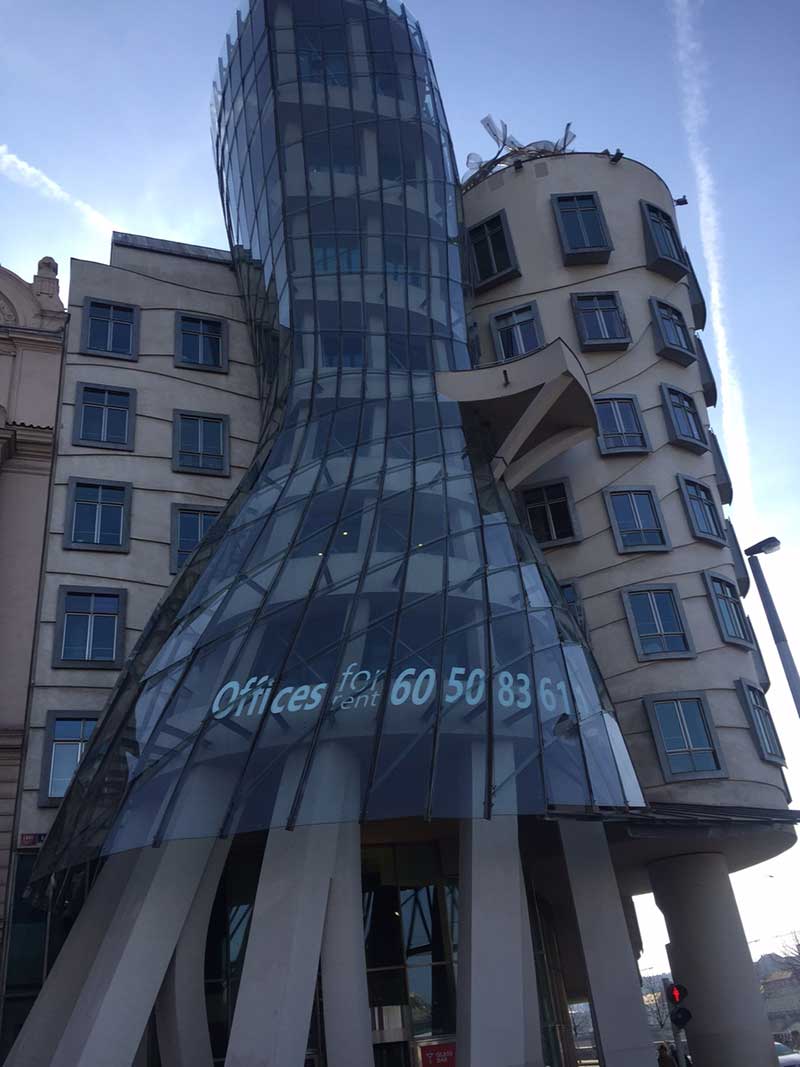 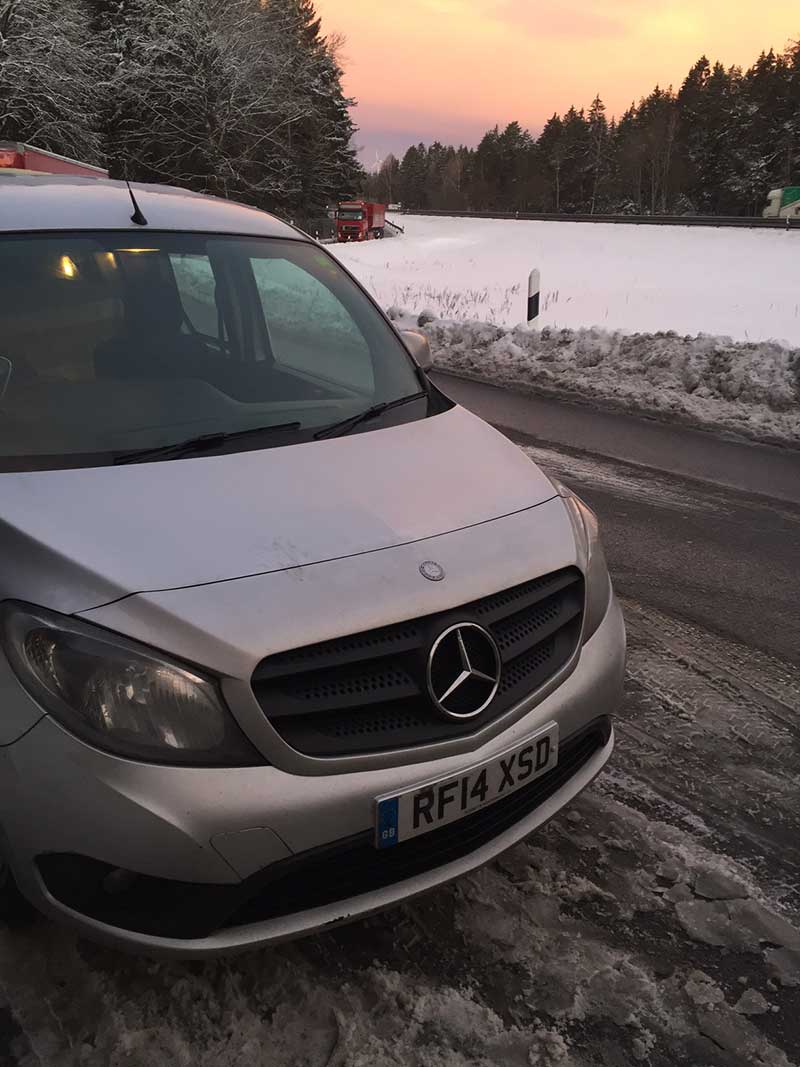 Poppy is back in Cyprus

We received a lovely email from Dilys, whose dear little dog Poppy (named Moira at the time) travelled on our first overland trip from Northern Cyprus to the UK. Seven years later, and following a spell in Dubai, Poppy and her family have returned to Cyprus. 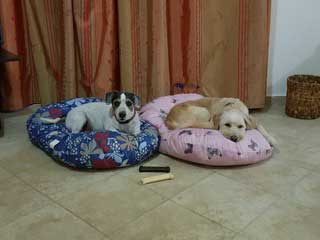 Poppy is the blond dog on the right

Zofi is fit and healthy

Zofi, a rescue dog, travelled with us last July from the Malaga area of Spain to Northern Ireland, having had the good fortune to be adopted from a shelter by Glenda and family. Poor Zofi was rather thin and weak, and had a number of health issues that needed careful treatment.

Well, she really fell on her paws with her new family, who’ve nursed her back to full fitness. They’ve stayed in touch, and recently wrote to say:

“I just wanted to let you see a few recent photos of wee Zofi princess. She was really quite ill and it took us a while to get her medication under control. She’s loving life now and is such a happy wee thing.” 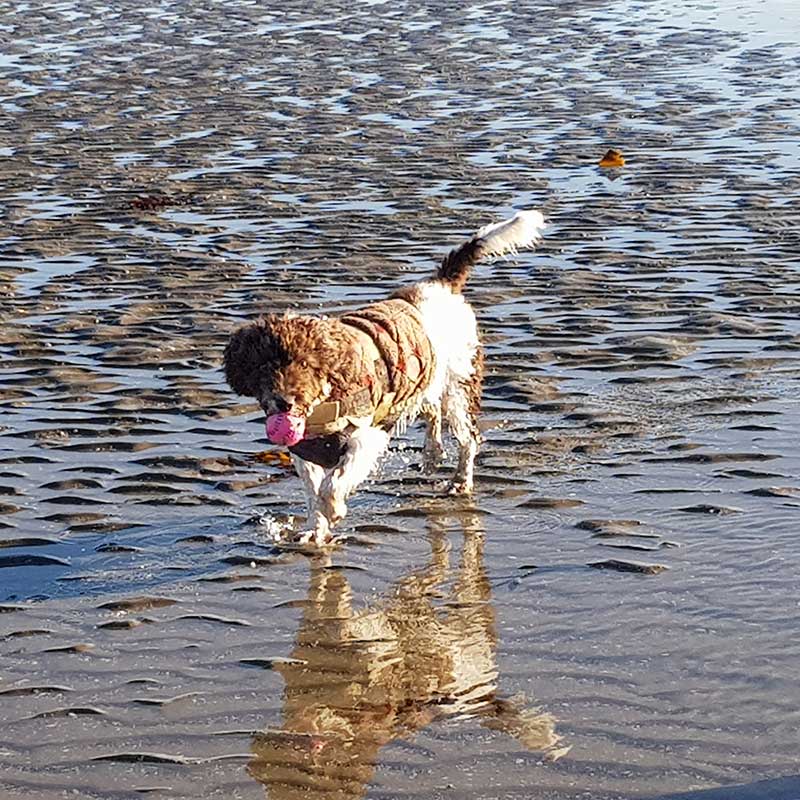 Zofi playing in the water 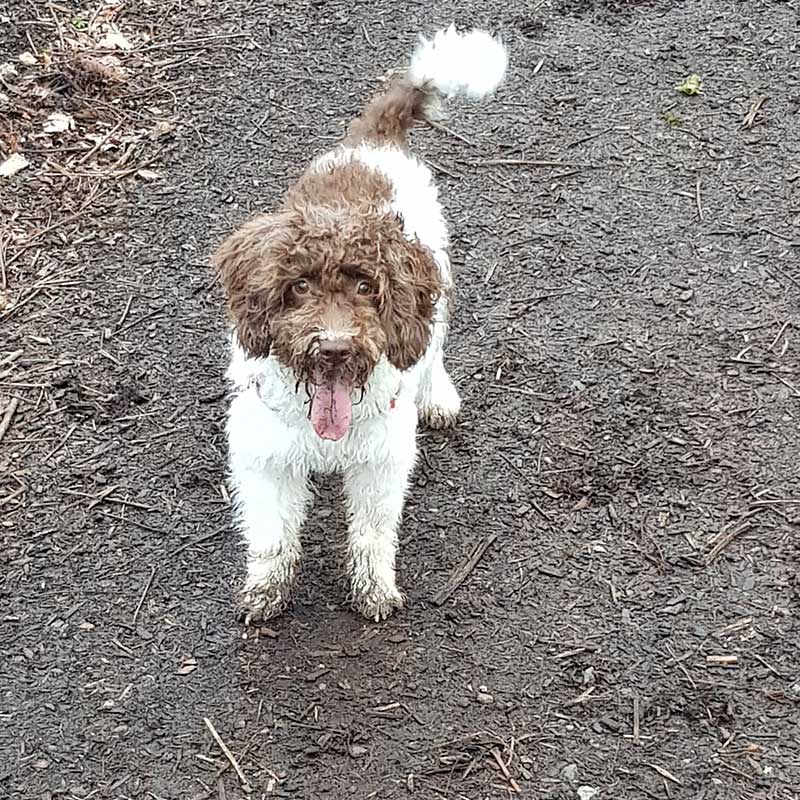 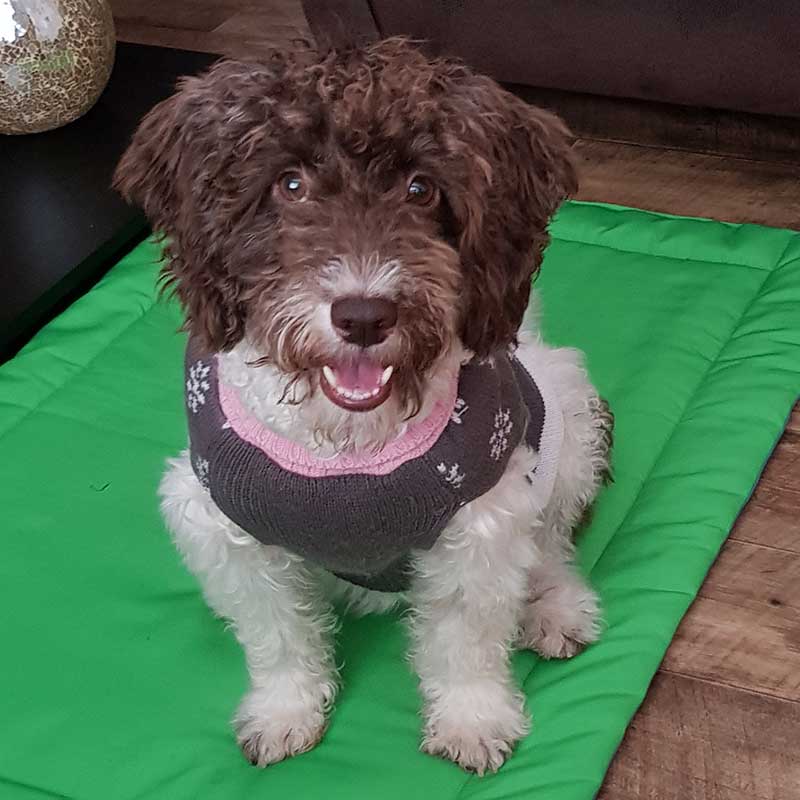