On a recent Animalcouriers trip between the UK, Sweden, Denmark, the Netherlands and Germany, our eclectic passenger list included a dog, seven cats, three cockatiels and two rabbits.

This delightful pair of rabbits, who belong to Tiny, travelled with us from Manchester to the Netherlands. They homeboarded with us briefly ahead of the trip. 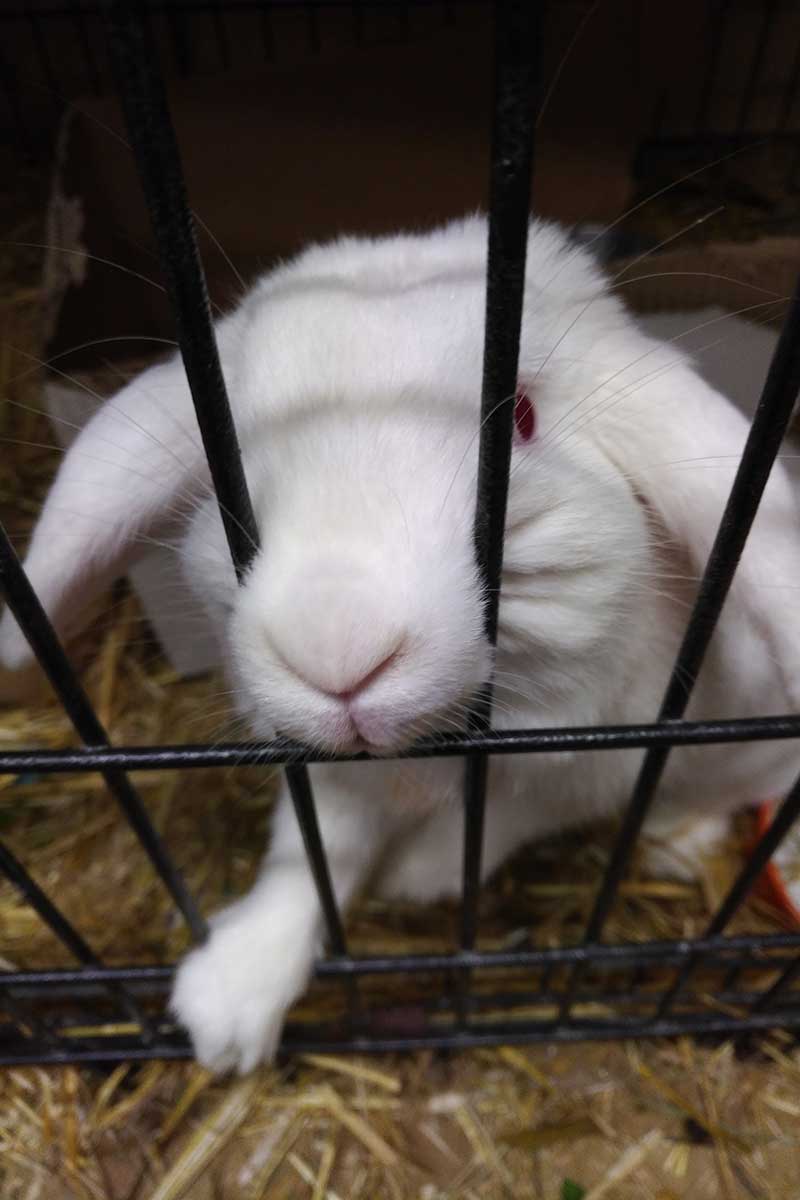 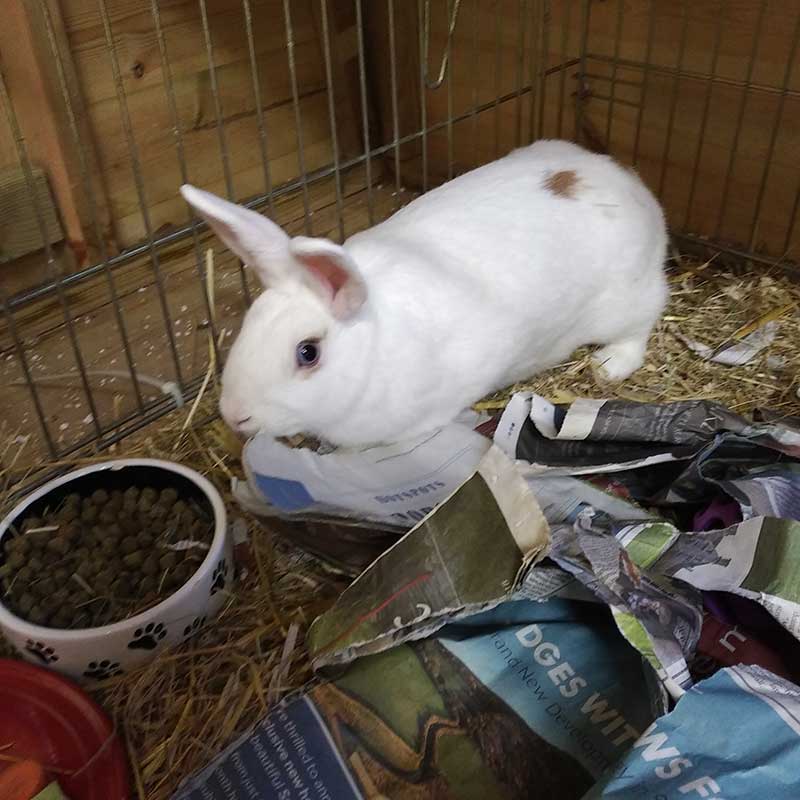 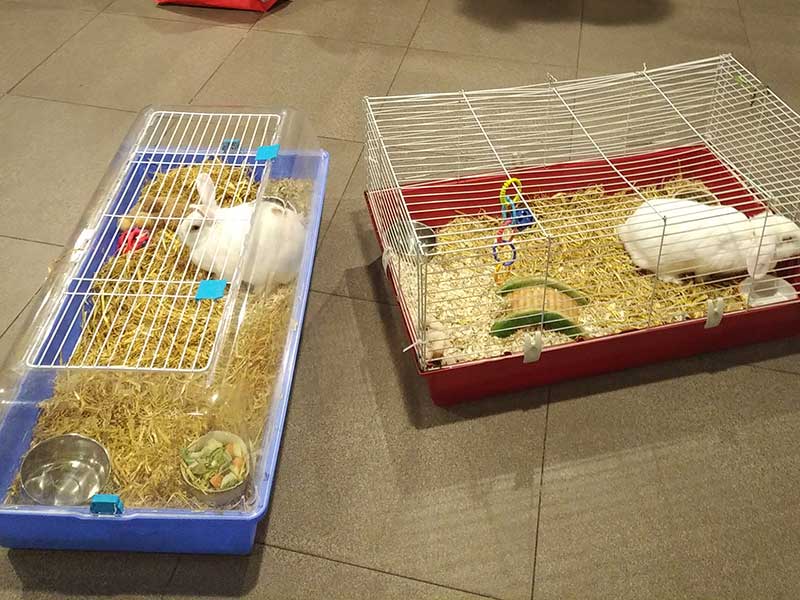 Luna and Scarlet safely delivered to their Dutch home

This gorgeous pair of cats belong to Andreas and Lauren. We had the pleasure of transporting Findus and Snovit last year  when the family relocated from Sweden to Wales. Now the family has returned to Sweden and once again the cats travelled with Animalcouriers.

Findus is the bolder of the two, especially when it comes to mealtimes. But Snovit was quick to tuck in once Findus showed the way. Both cats are super friendly and love attention. 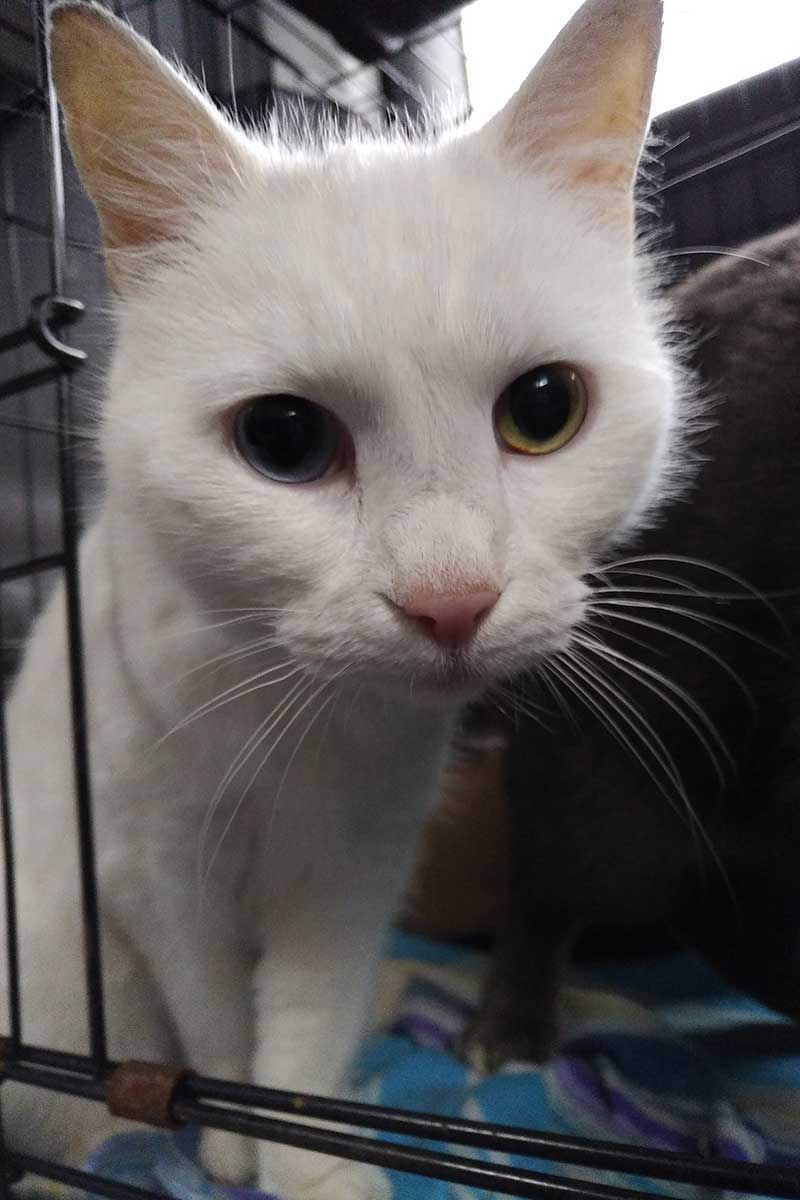 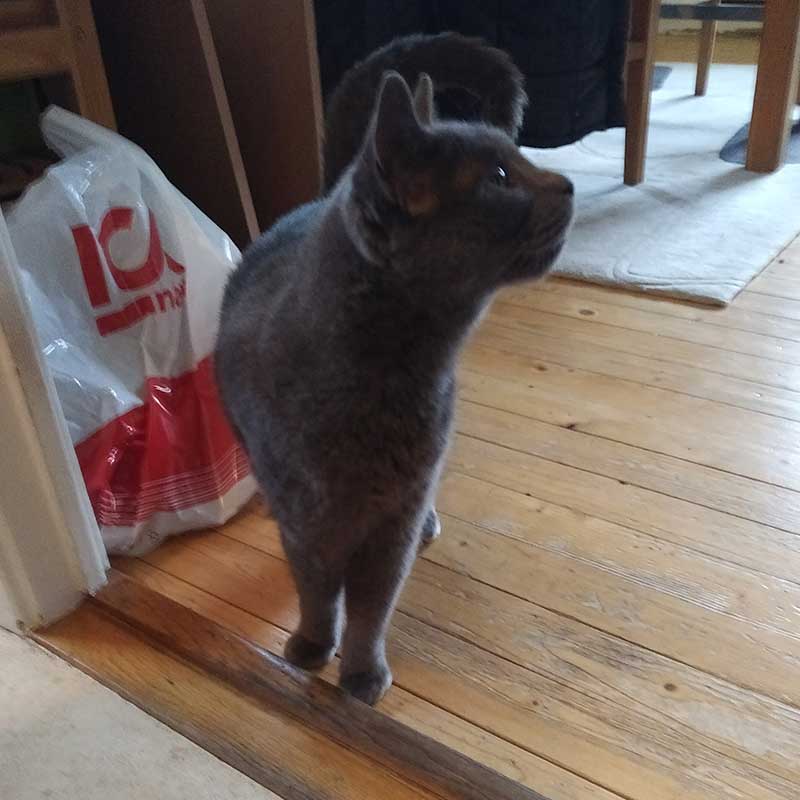 Cockatiels are great fun! These three charming and colourful birds belong to Stephen who has relocated to Stockholm. We collected them from his mum Cherrill in Wales, and homeboarded them while we organised the extensive export paperwork.

Throughout the trip they kept courier Richard entertained with a wide repertoire of chirrups and whistles, including a passable wolf whistle. The birds stayed with courier Richard in his hotel room at each overnight stop — much to the delight of all the hotel staff!

“Just one last email to thank you for looking after my son’s cockatiels and delivering them to him and his partner.” 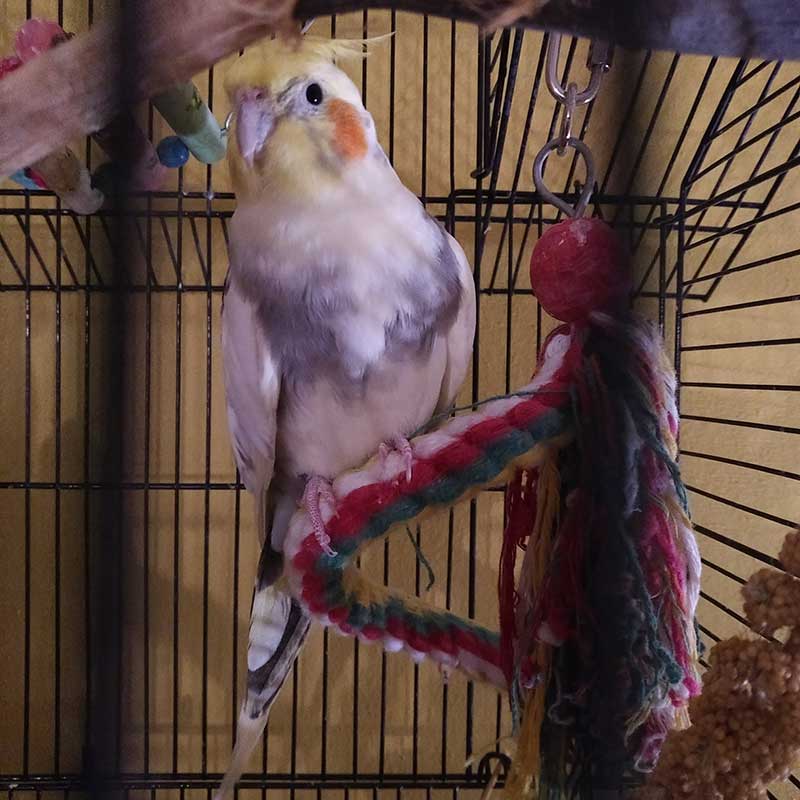 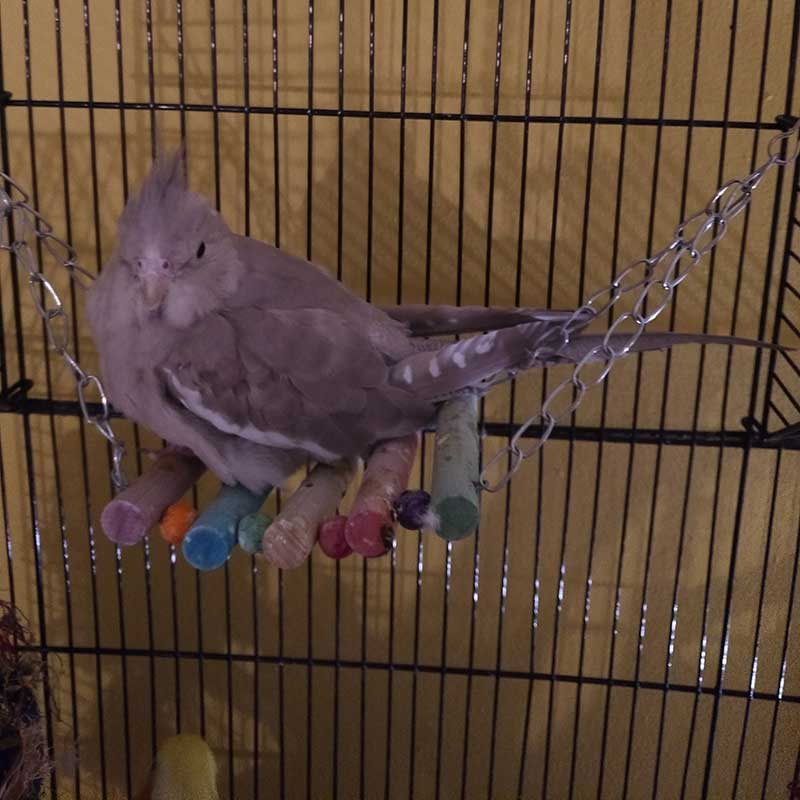 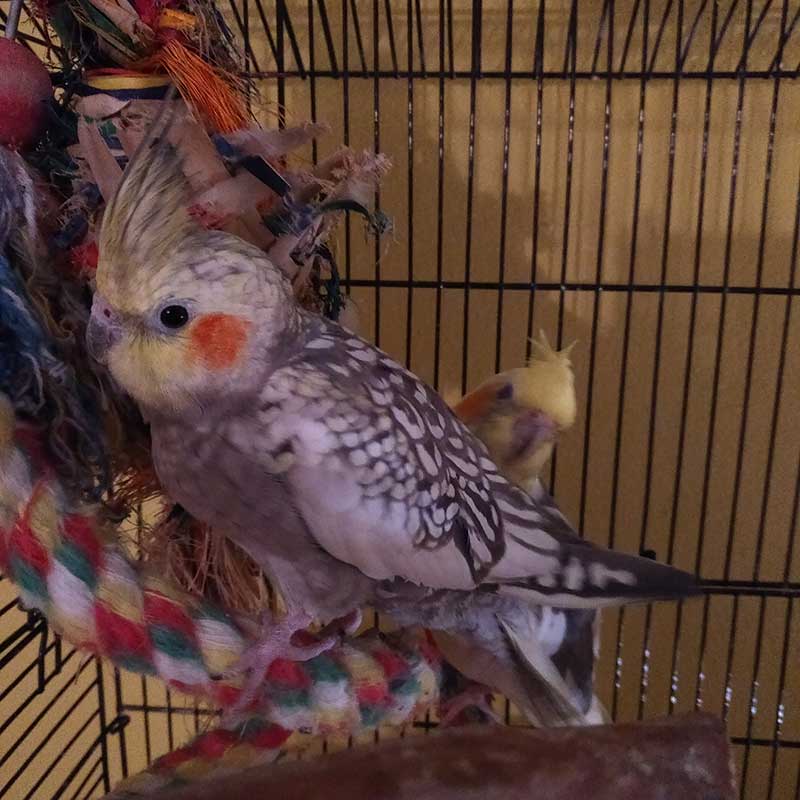 Hades, with Mercury peeping out from behind 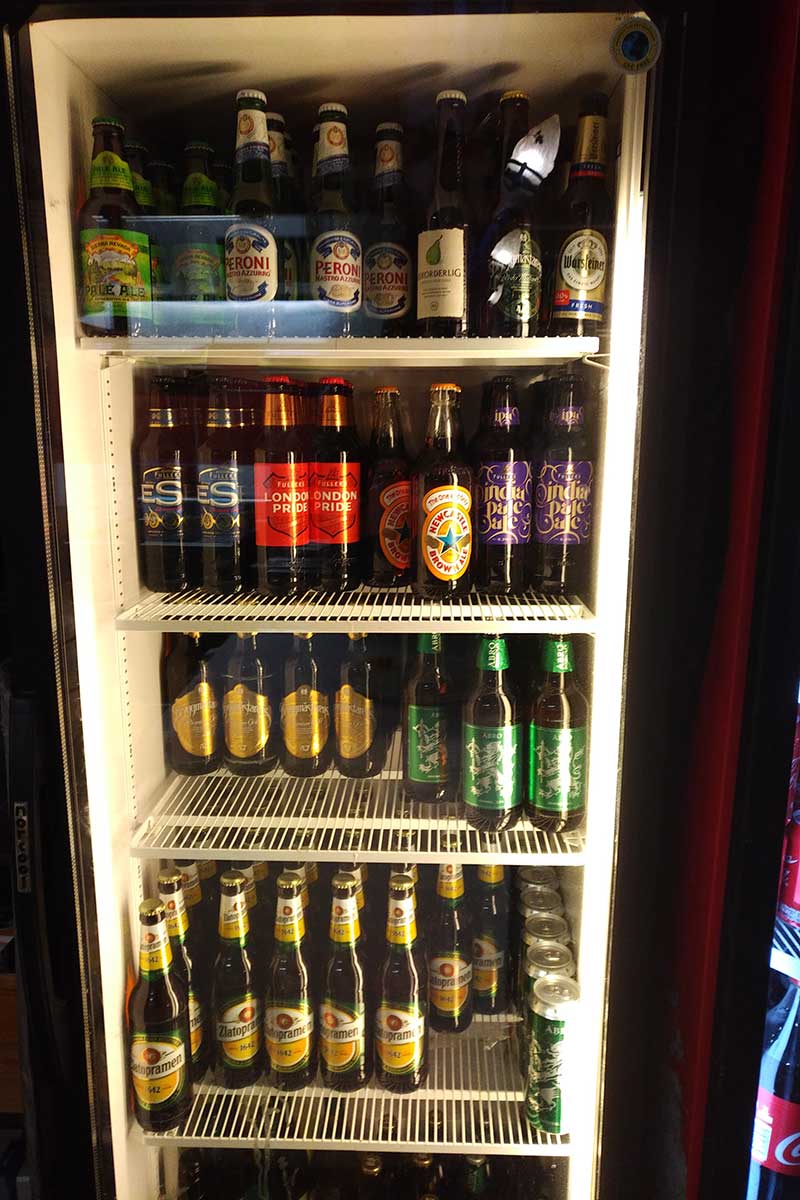 Spotted at a small pizza restaurant and takeaway in Stockholm — Newcastle Brown Ale and Fullers!

Lembit, an endearing French Bulldog, belongs to Victor and Leida. Lembit is still a youngster, so full of fun and dead keen on walks. We collected him in London and delivered him to the Stockholm area of Sweden. 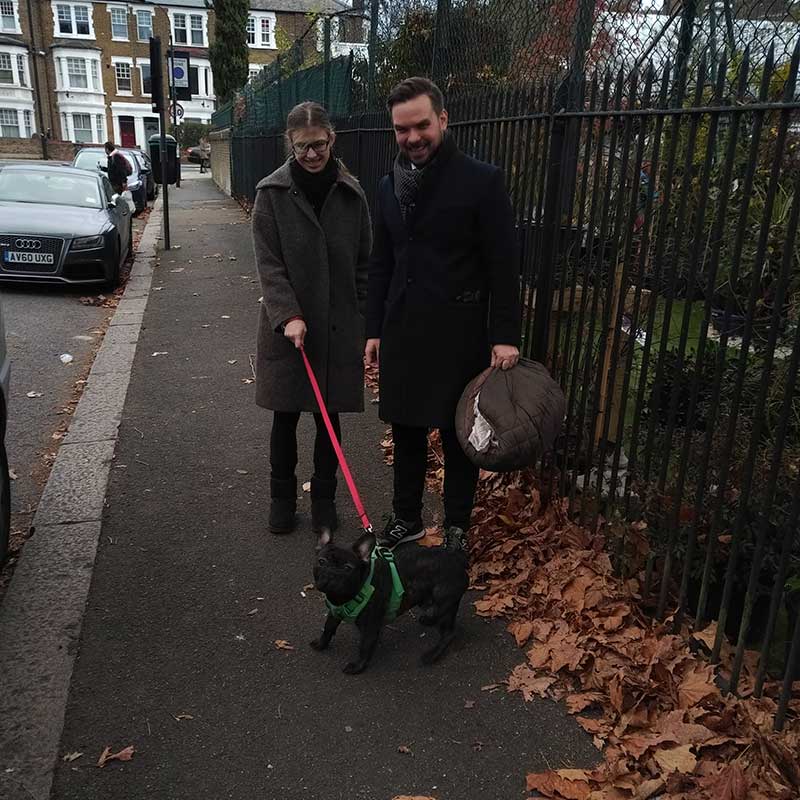 Leida and Victor seeing Lembit off in London 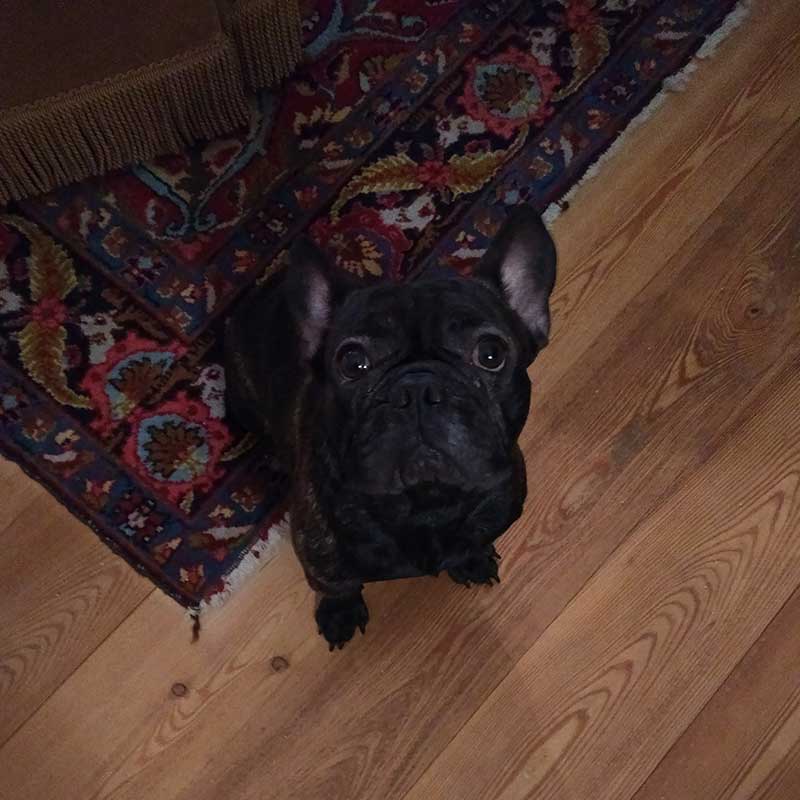 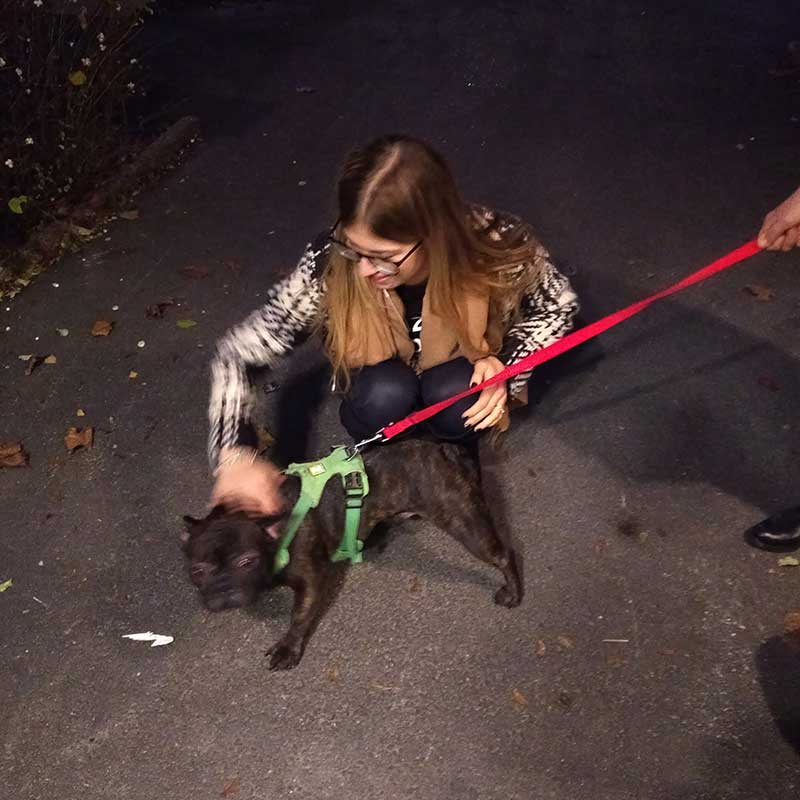 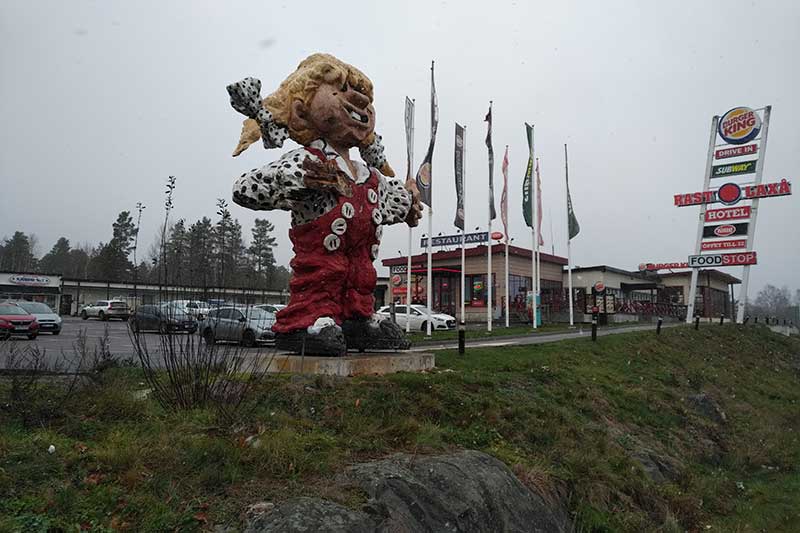 Spotted through the sleet in Laxa — a wooden sculpture called Rast Marie, that stands more than 6 metres tall

Darling Kattinka belongs to Emma, who’s relocated from Sweden to London. We collected Kattinka from Mikaela, who’s been taking care of her since Emma left for the UK.

At 14 years of age, Kattinka is a senior puss, but you wouldn’t know it. She took to the road like a pro, purring and enjoying cuddles. As we travelled through Sweden, Denmark and Germany, she split her time between washing and snoozing — making her Europe’s cleanest cat by the time we reached the UK! 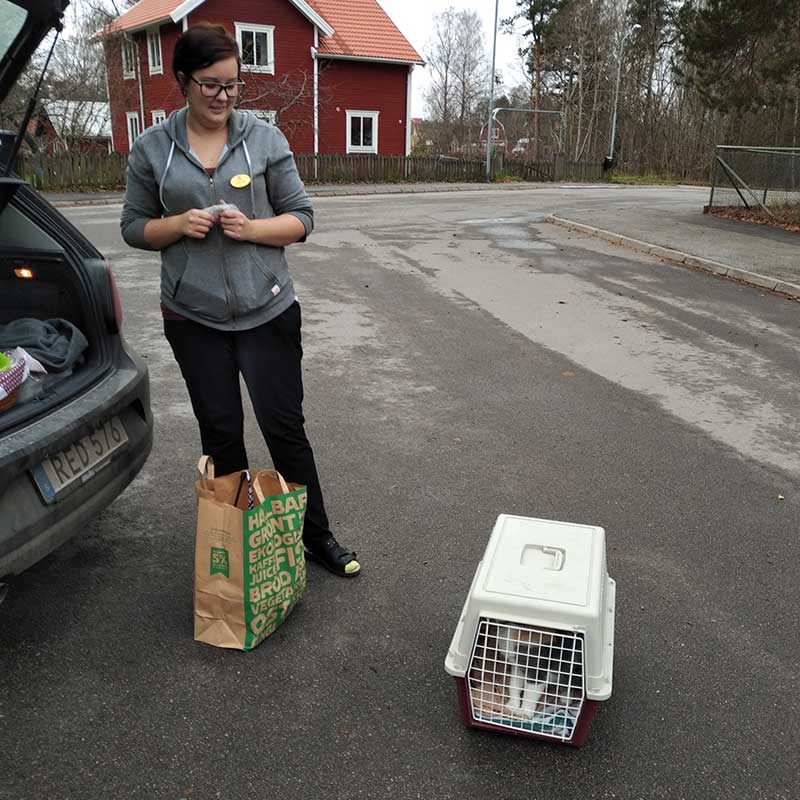 Meeting Kattinka and Mikaela at the kindergarten where Mikaela works 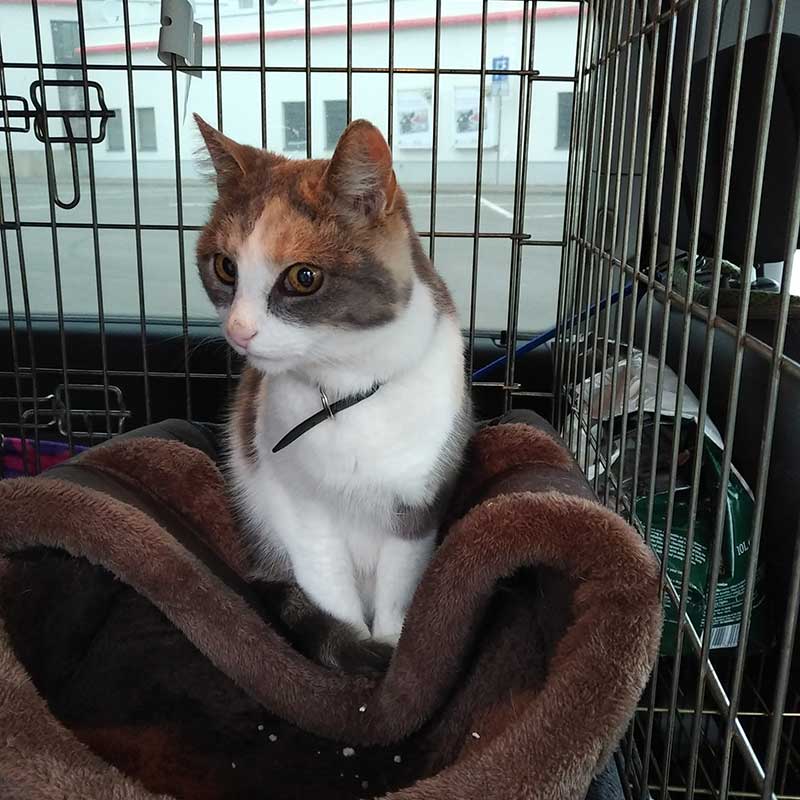 Kattinka preferred to sit on top of her igloo, rather than inside it. Meant we got to appreciate her lovely markings. 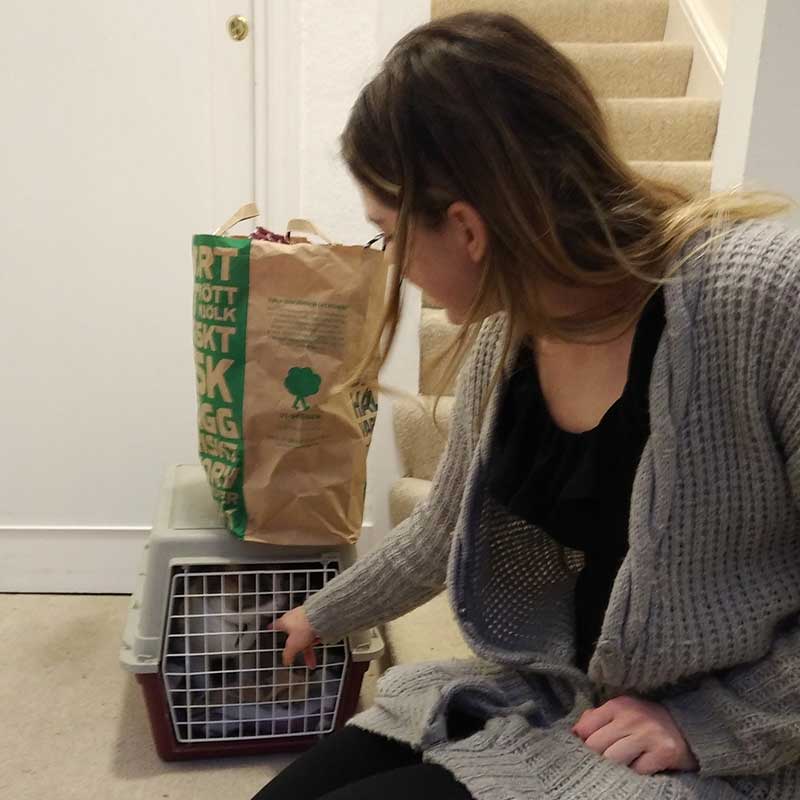 Kattinka reunited with Emma in London

At Stockholm Central Station we met up with Evelina. She’s relocating to Liverpool to boost her career as a nurse, and her beloved Sacred Birm cats travelled with us to join her there. It’s hard to do justice in words to the extraordinary softness of these beautiful cats’ coats. 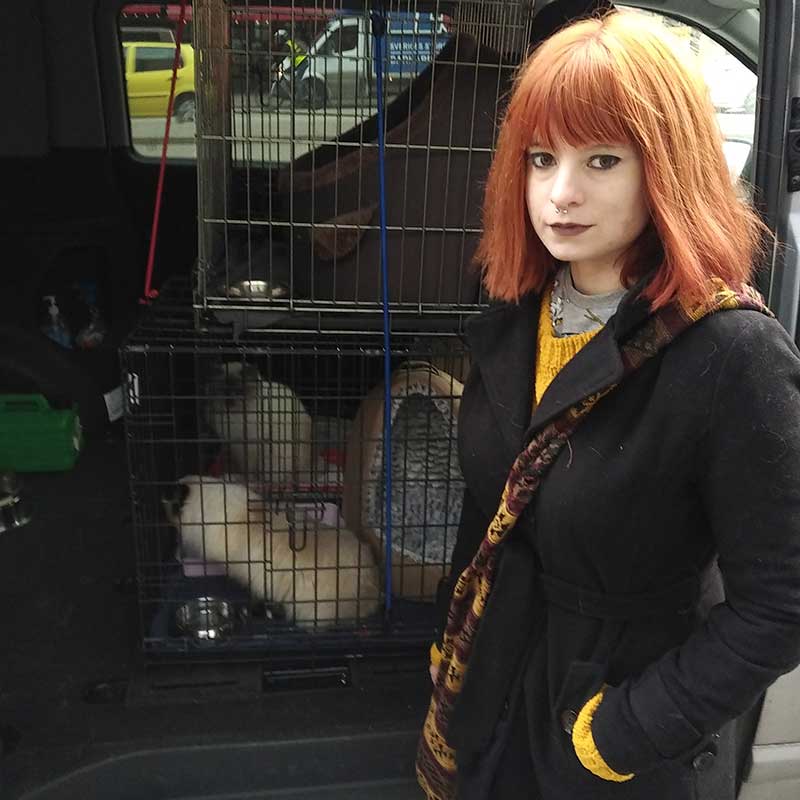 Evelina checking her cats are safely settled for the journey 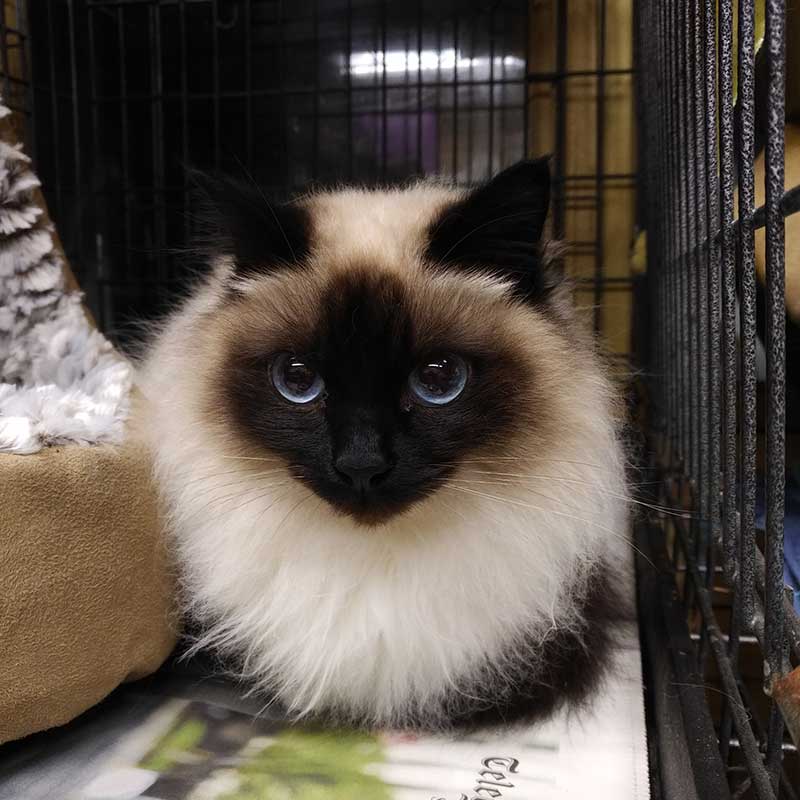 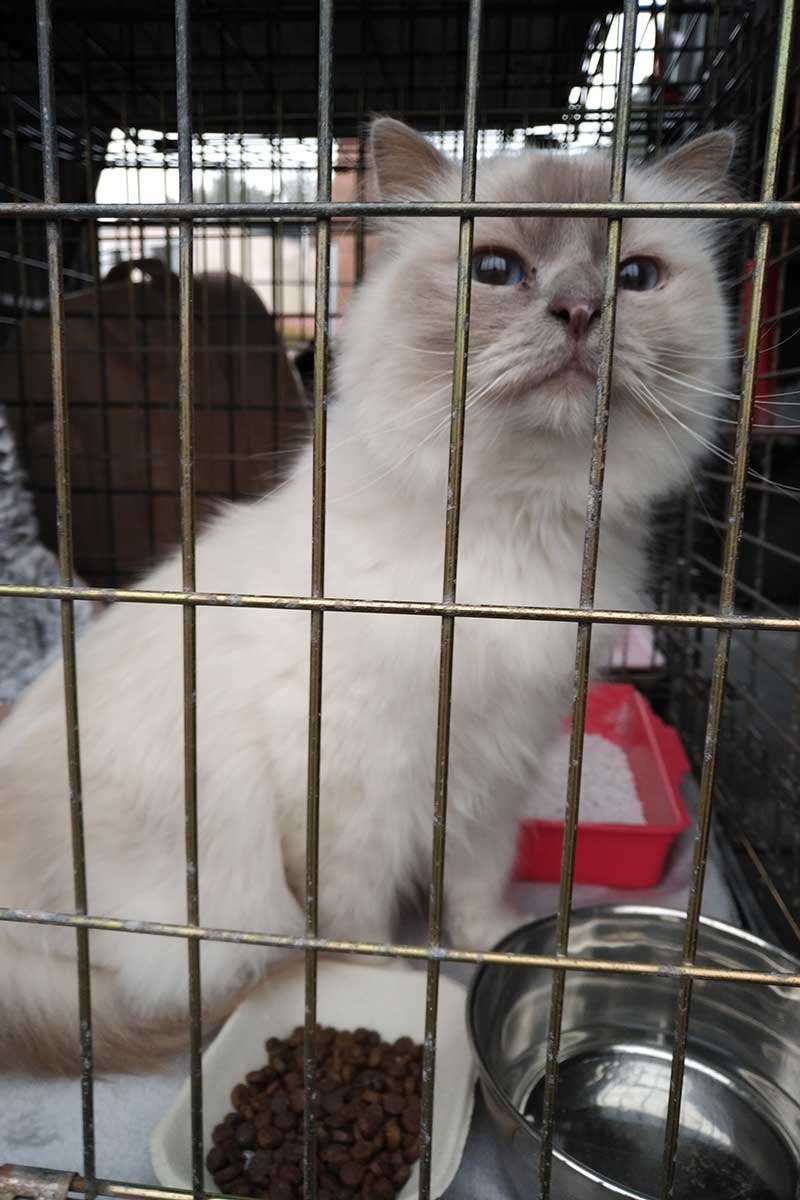 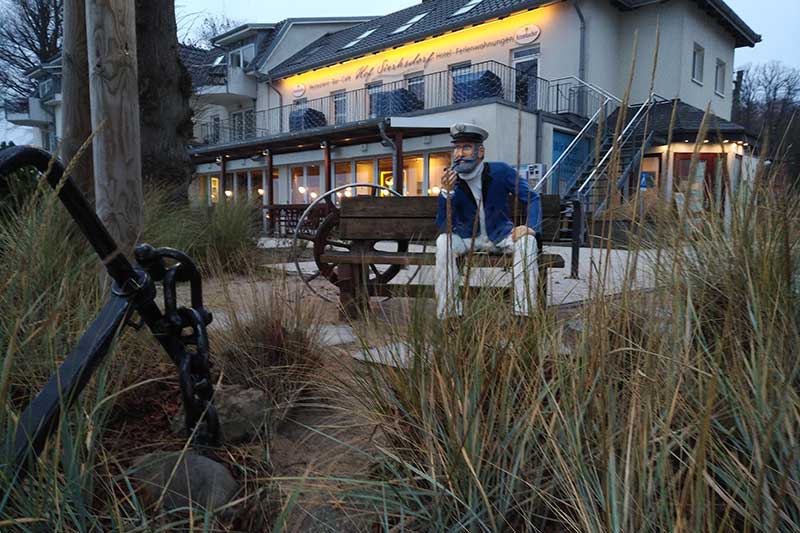 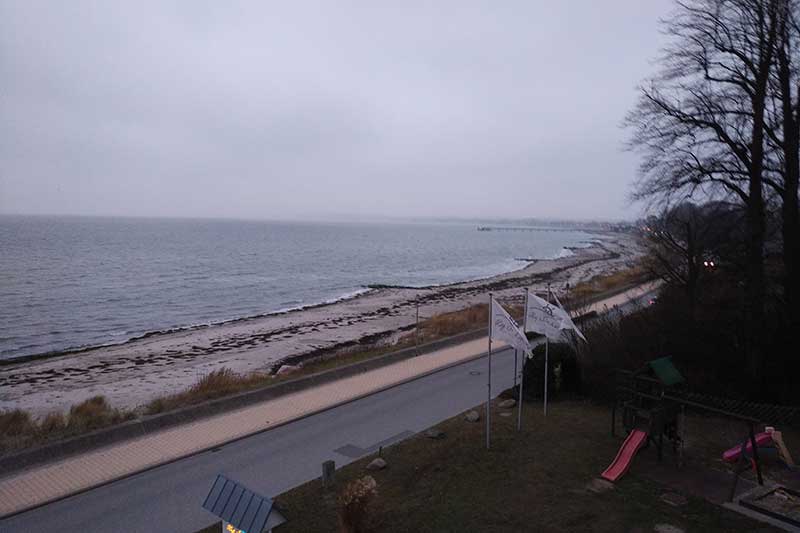 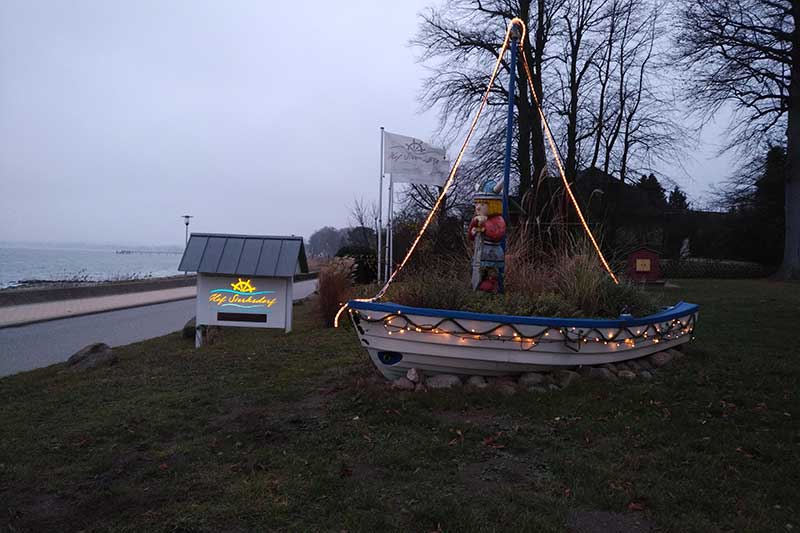 We stopped in Berlin to meet Mika and Bonnie. Originally from a litter of Danish farm cats, this adorable duo have been living with owner Cerissa in her Berlin apartment. 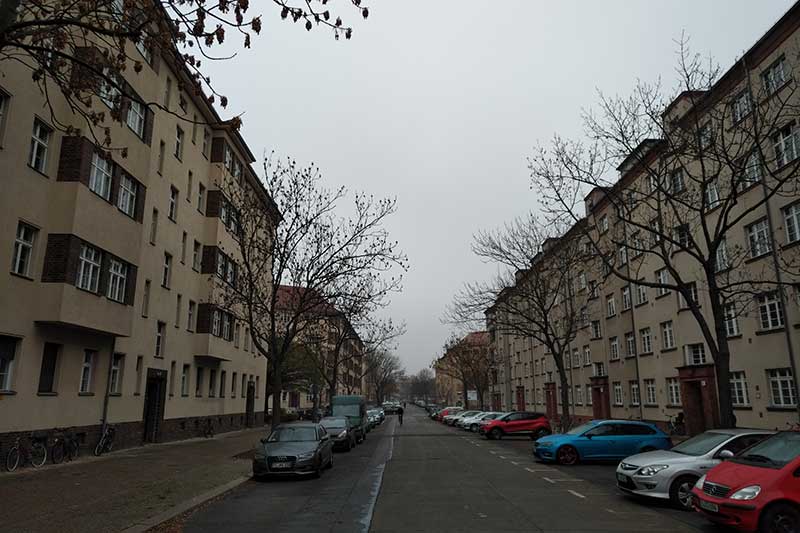 The apartment had been emptied of furniture by the time we arrived, but both cats managed to find hiding places even so — Bonnie in a corner, and Mika under the kitchen units. Understandably suspicious of all the changes around them, they took a bit of catching! Once in the Animalcouriers van, however, they soon settled. 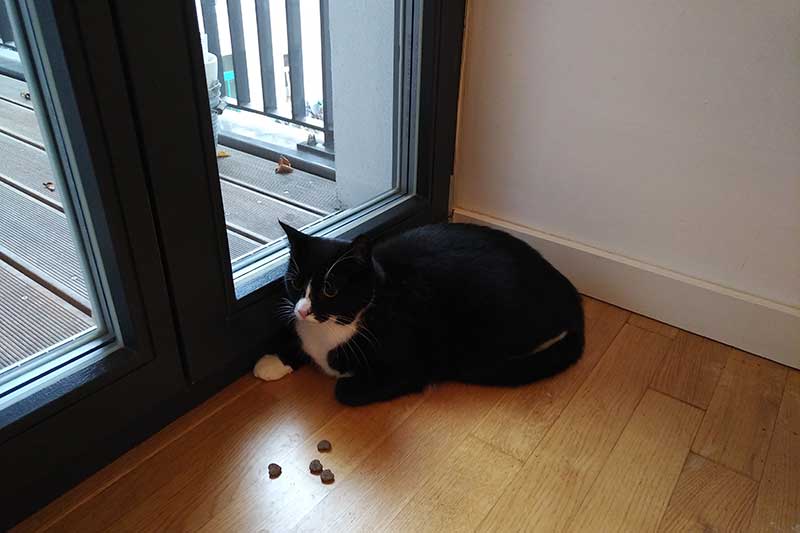 Attempting to coax Bonnie out of her corner with treats 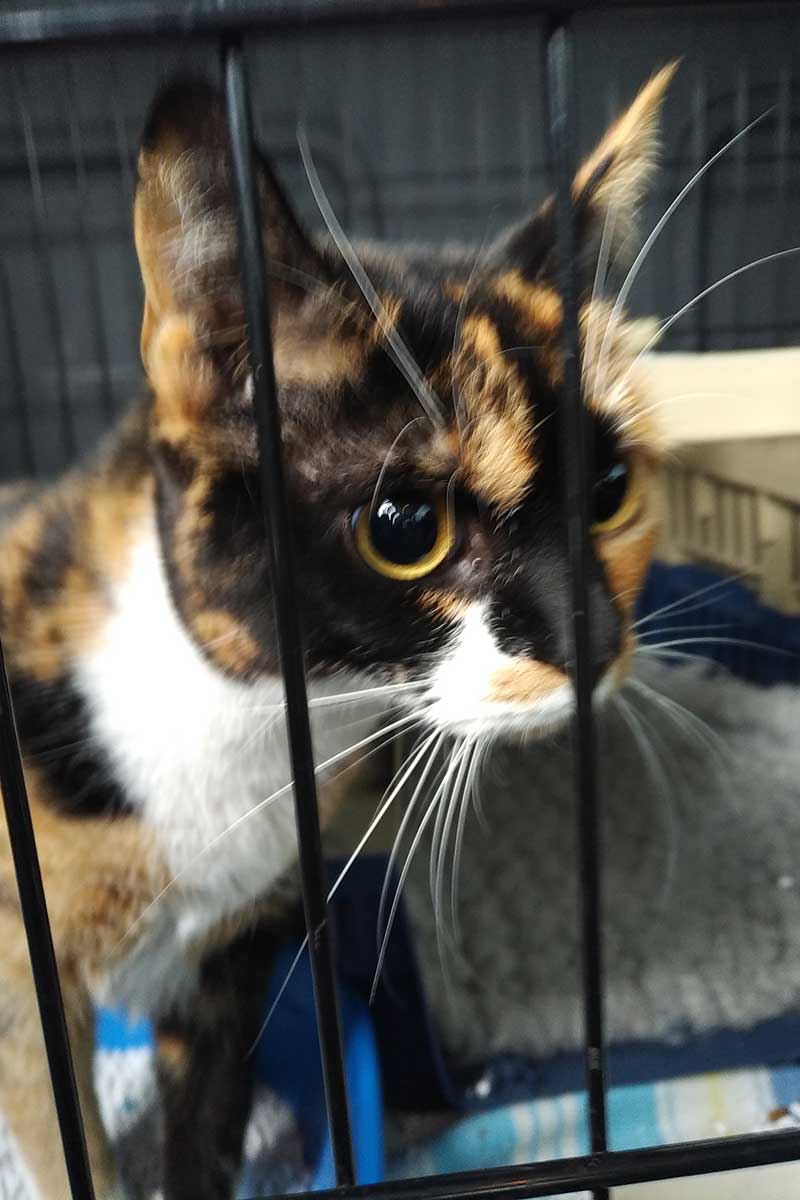 Mika spent most of the journey tucked away. Here she is making a rare appearance as we waited to cross at Calais.

PS — apologies if you received a very odd post notification in your inbox. Got carried away with the new WordPress version…