In Dubrovnik, Croatia, couriers J and M made their way to the Dubrovnik Animal Shelter, where five gorgeous dogs were waiting for us.

This is our first of what we hope will be regular trips to the shelter to bring rescue dogs to the UK where new homes are ready and waiting for them. The shelter is working in a very responsible way, in partnership with a small group of volunteers in the UK, and we’re pleased to be playing a part in helping these eminently rehomeable dogs reach their new families.

You can read more about the shelter, and how to help and donate, in this Dubrovnik Times article. 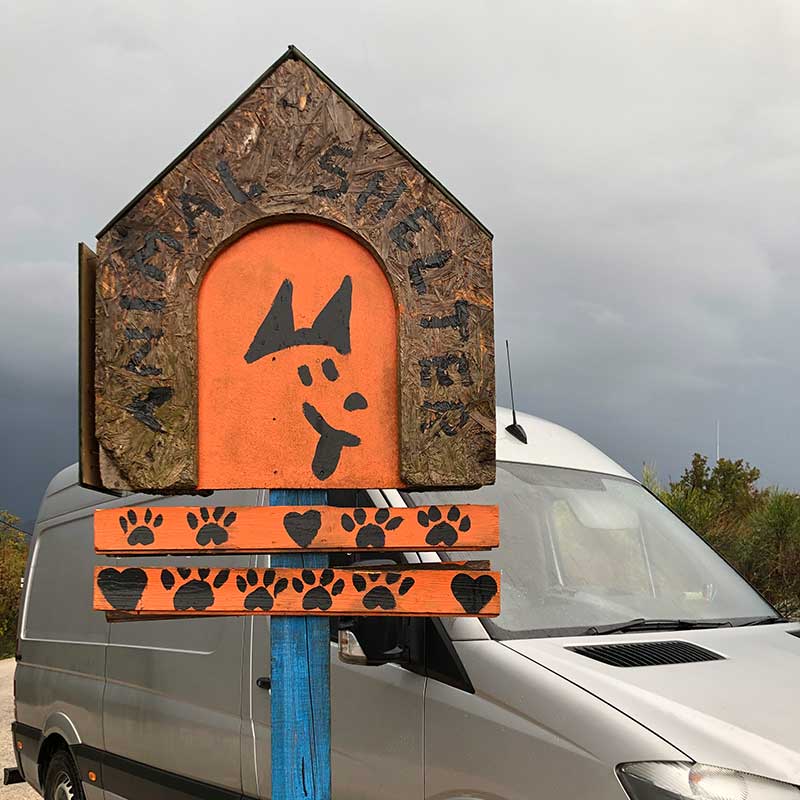 It was a rather damp day as we pulled up 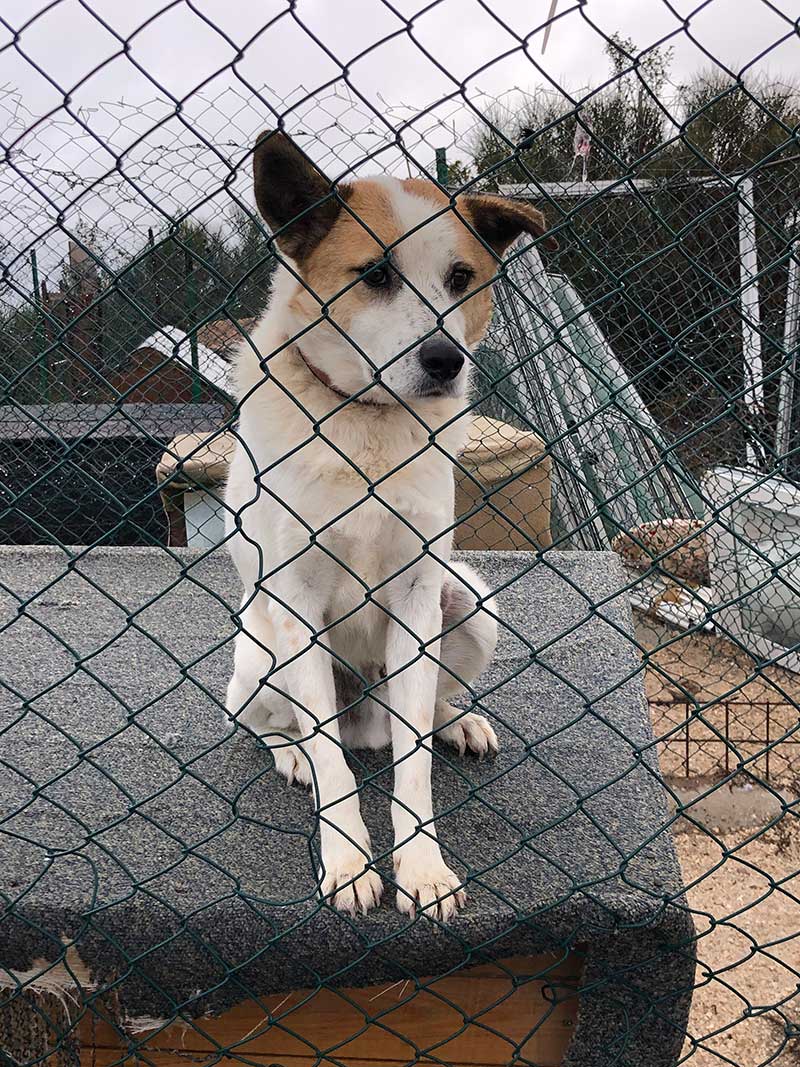 The shelter is located high on a hillside. During the Balkan Conflict, the site was occupied by Serb troops who used it as a vantage point from which to shell Dubrovnik. 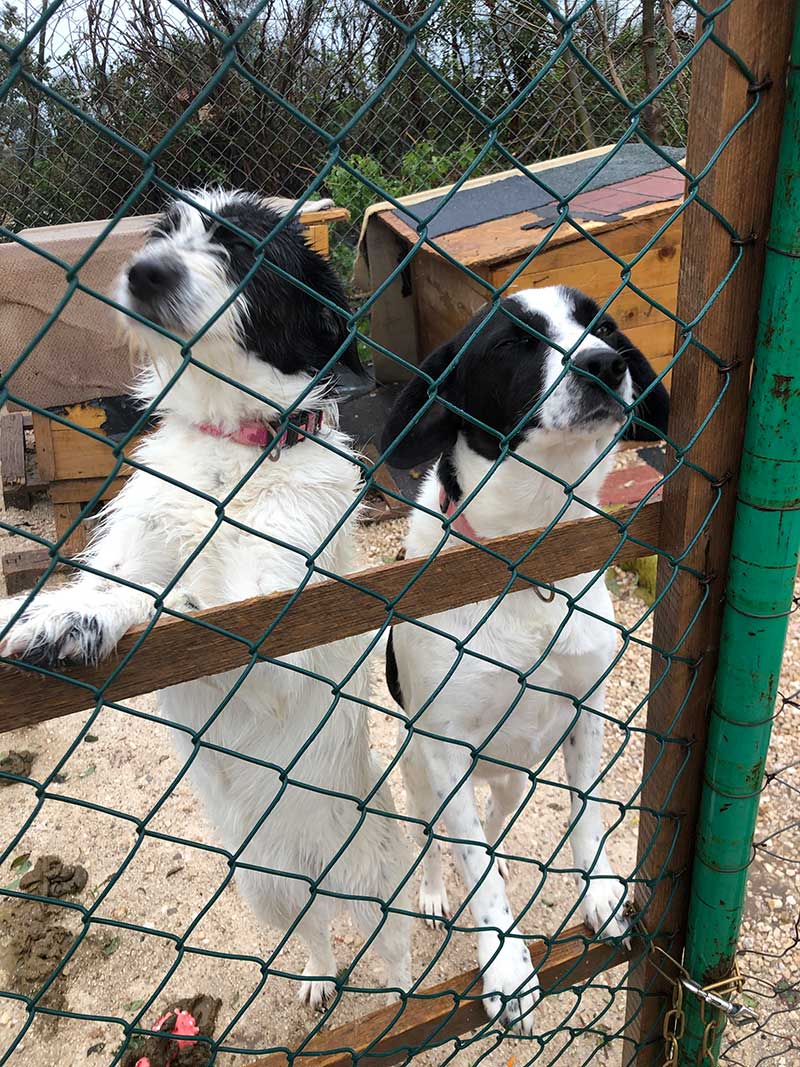 Maxi was adopted as a youngster, but when his family moved house, they decided they didn’t want him any more. Fortunately the shelter could take him in and find him a new home in the UK. 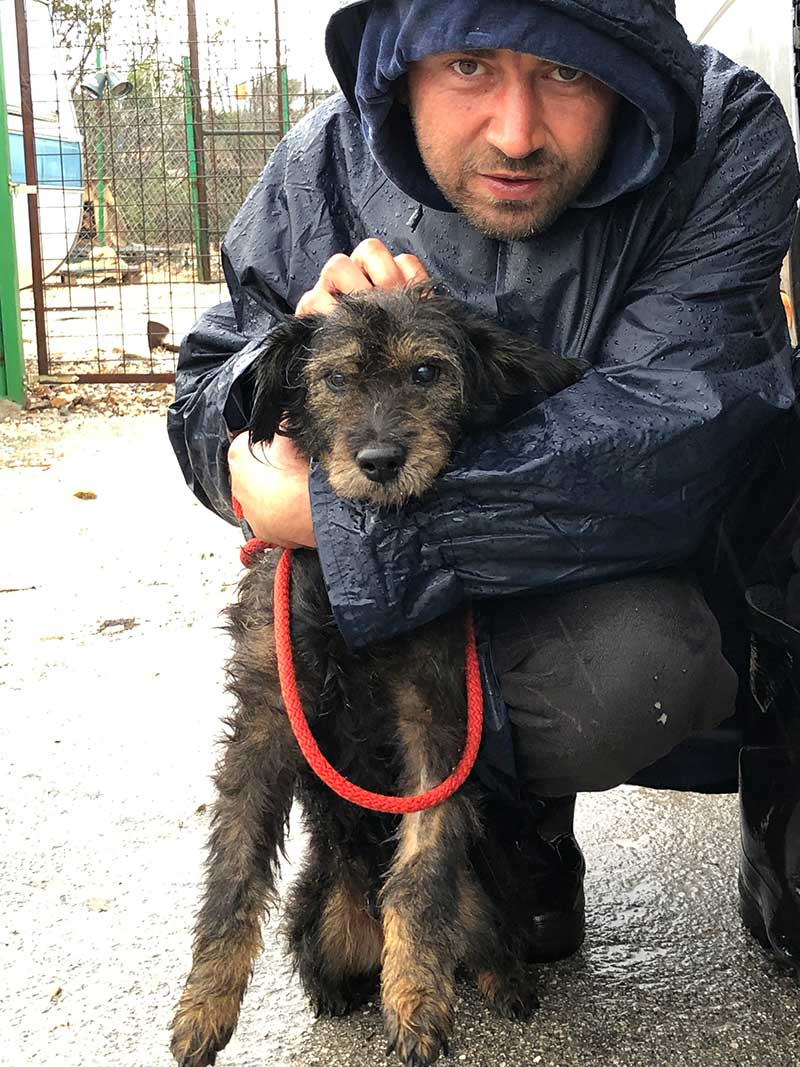 A goodbye hug for Maxi from Tomo, who works at the shelter every day, feeding, cleaning out and watching over the dogs 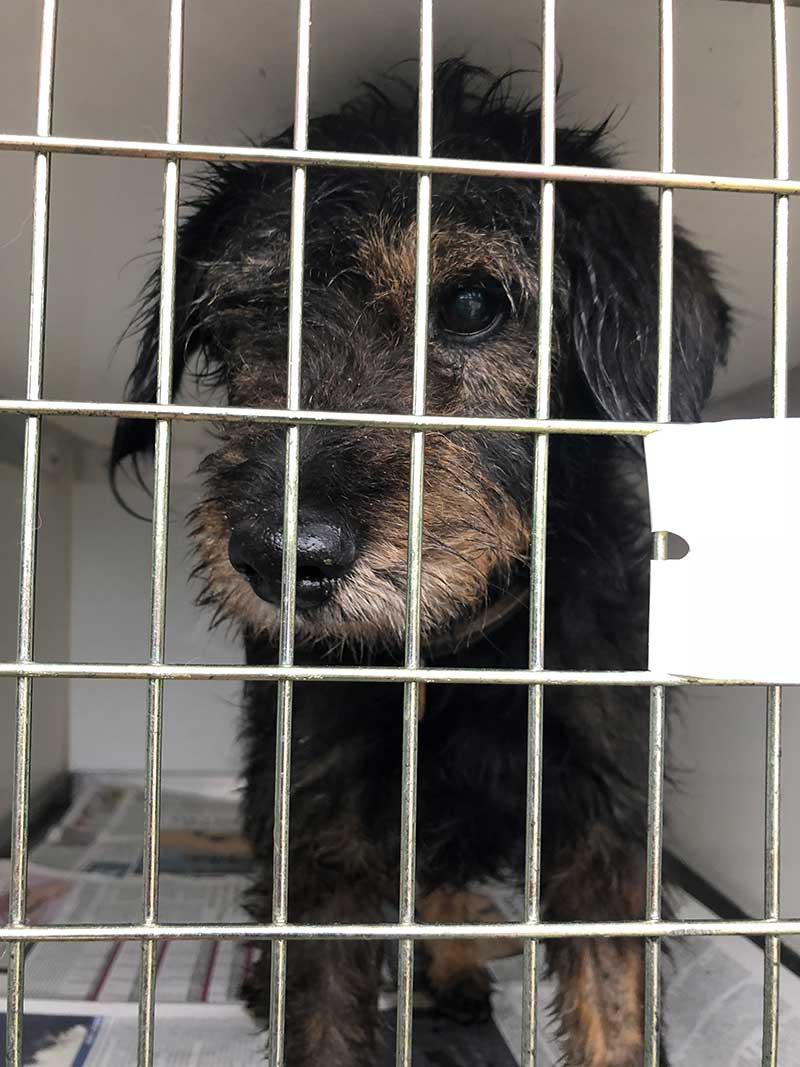 Inseparable pair Princess and Aretha were taken in by the shelter when their elderly owner had to move into a care home. These two little girls have been house dogs all their lives, and the shelter staff were very worried about them making it through the harsh Croatian winter on the side of a mountain. 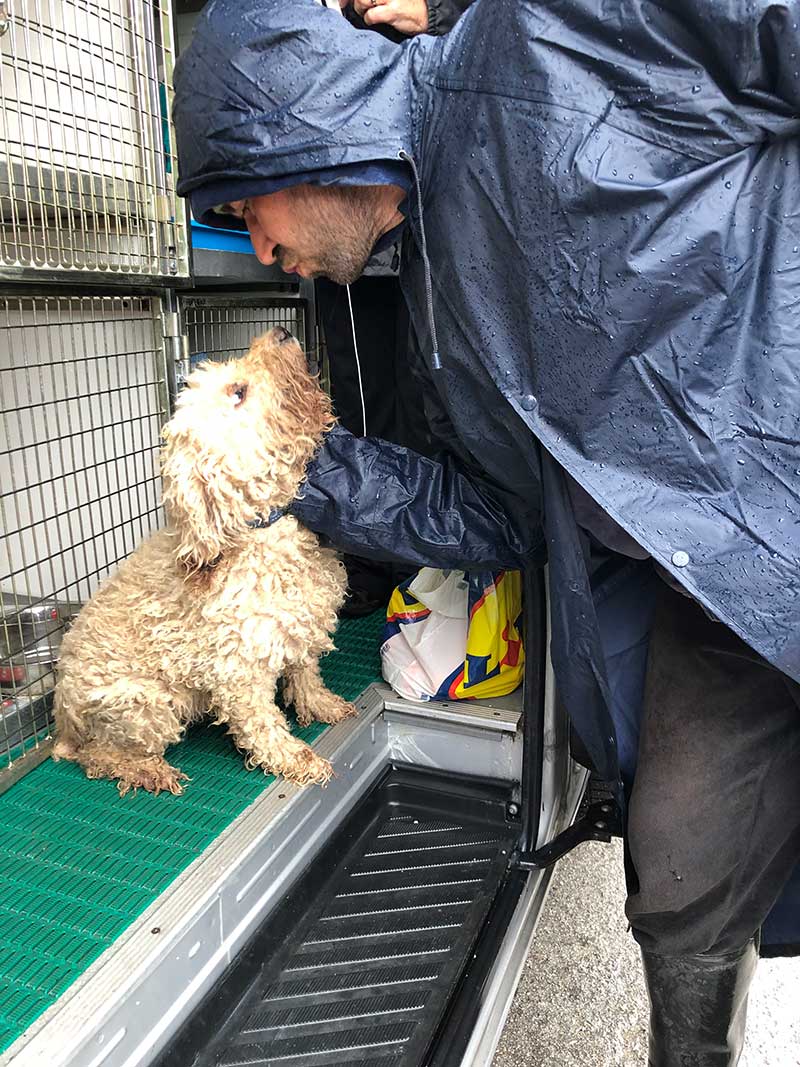 A goodbye kiss for Aretha from Tomo 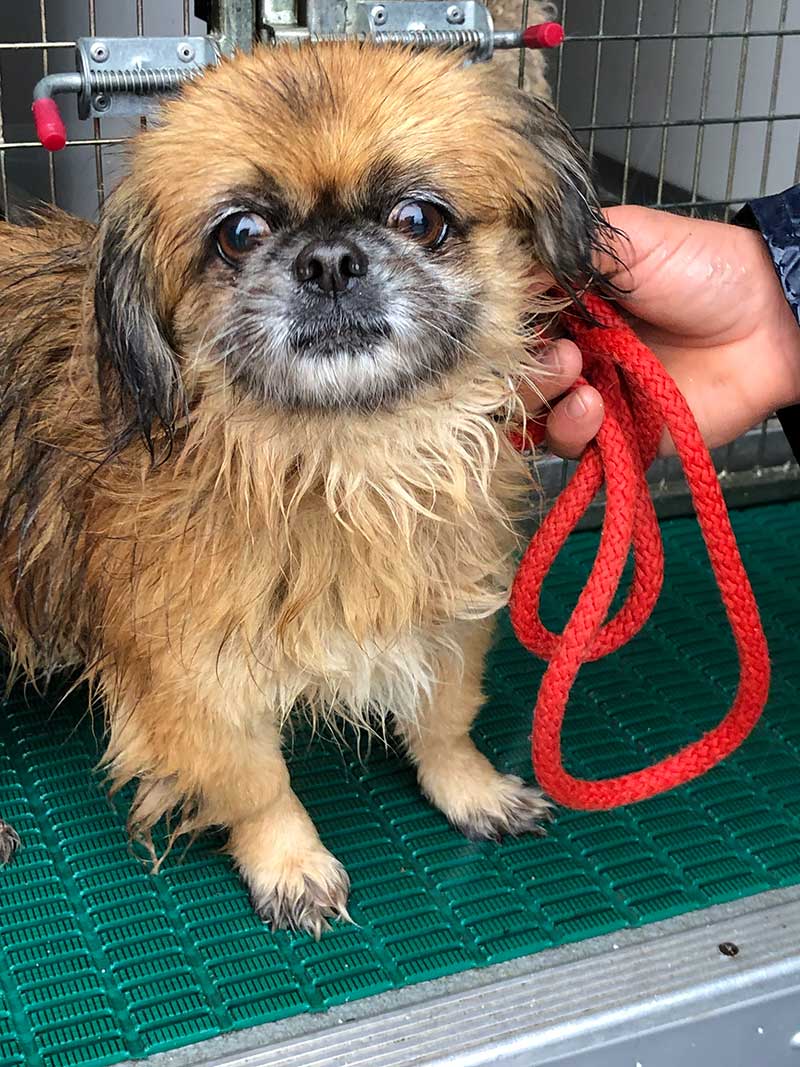 Princess ready to get on board 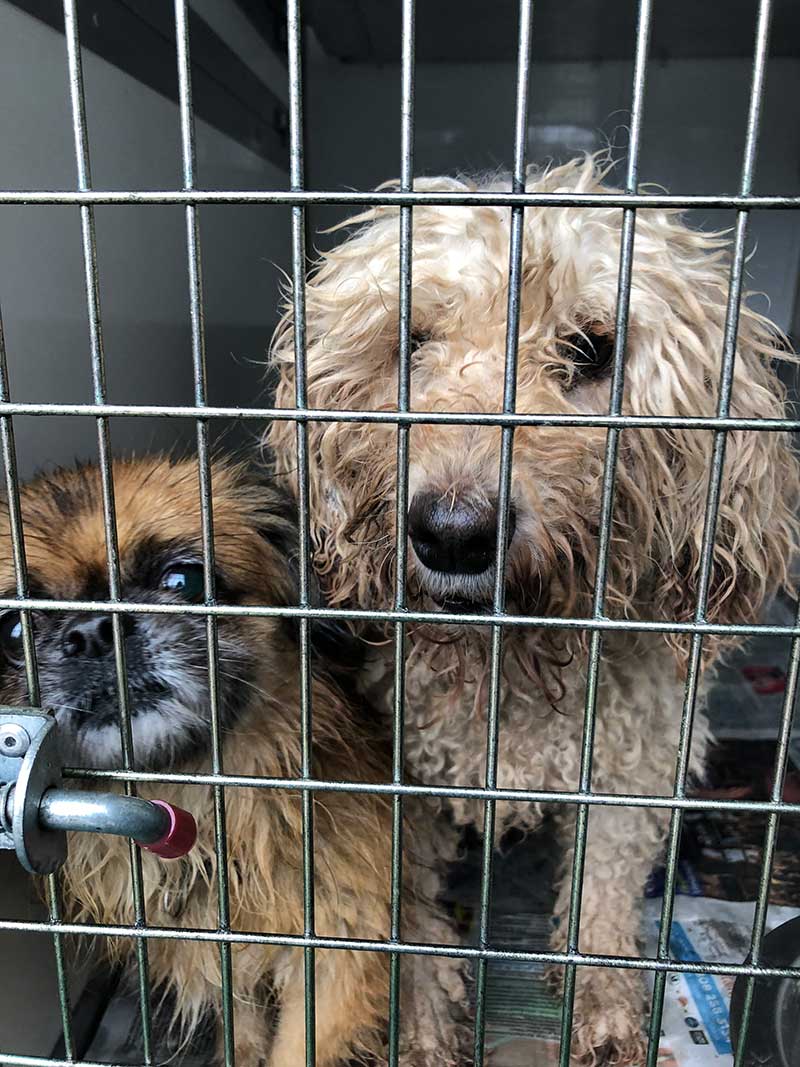 Princess and Aretha in their bedroom — poor Aretha in particular was shaking from the wet and cold, and so pleased to get into our van

It was touch and go whether Luka could travel with us, as a vet spent two hours prevaricating over this young pup’s ownership — because when the shelter found him and got him microchipped, the shelter was specified as his owner. The vet’s argument was, how can a shelter own a dog? We couldn’t see the problem ourselves. In the end, the vet agreed, and Luka was able to travel, thank goodness! 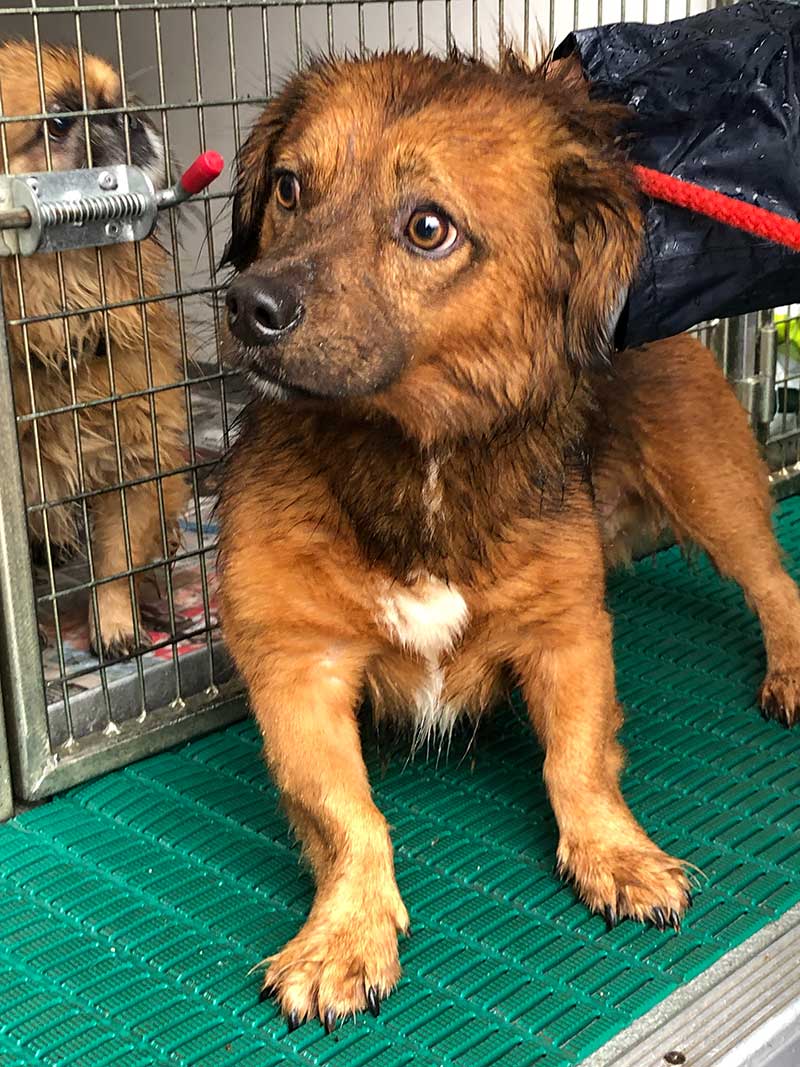 Luka gets on board 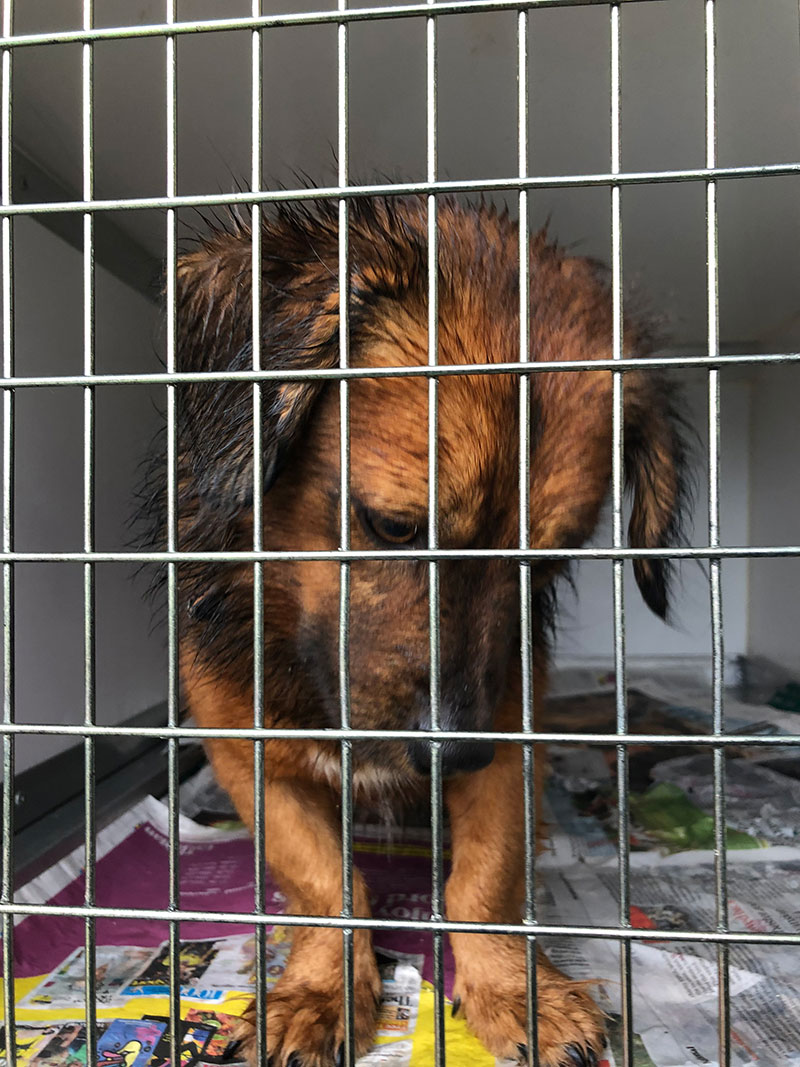 Darling Lola was due to fly to her new UK home but was turned away at Dubrovnik airport. We were delighted we could add her to the passenger list for our road trip. 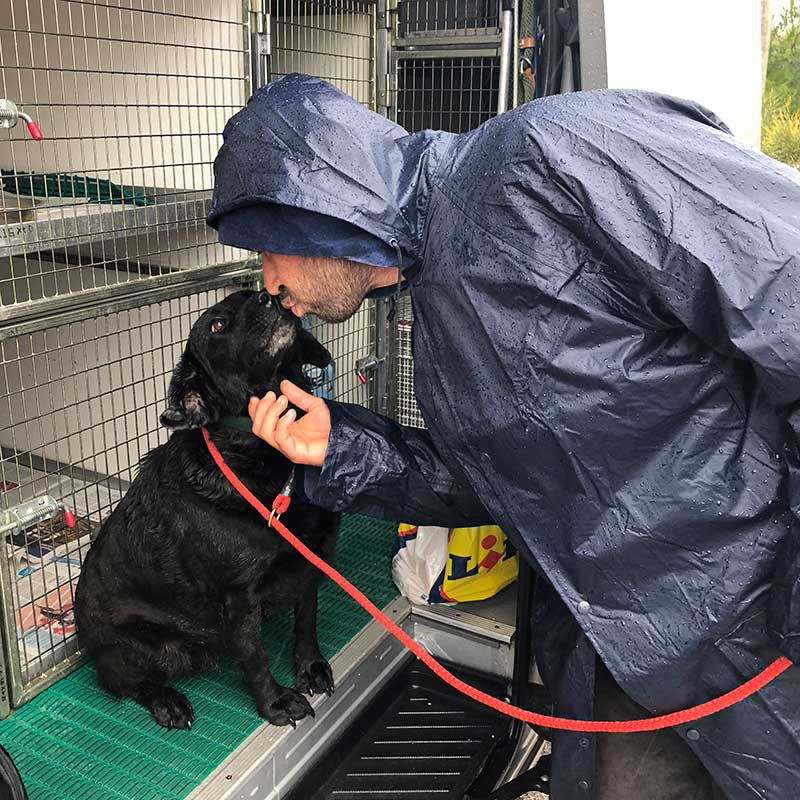 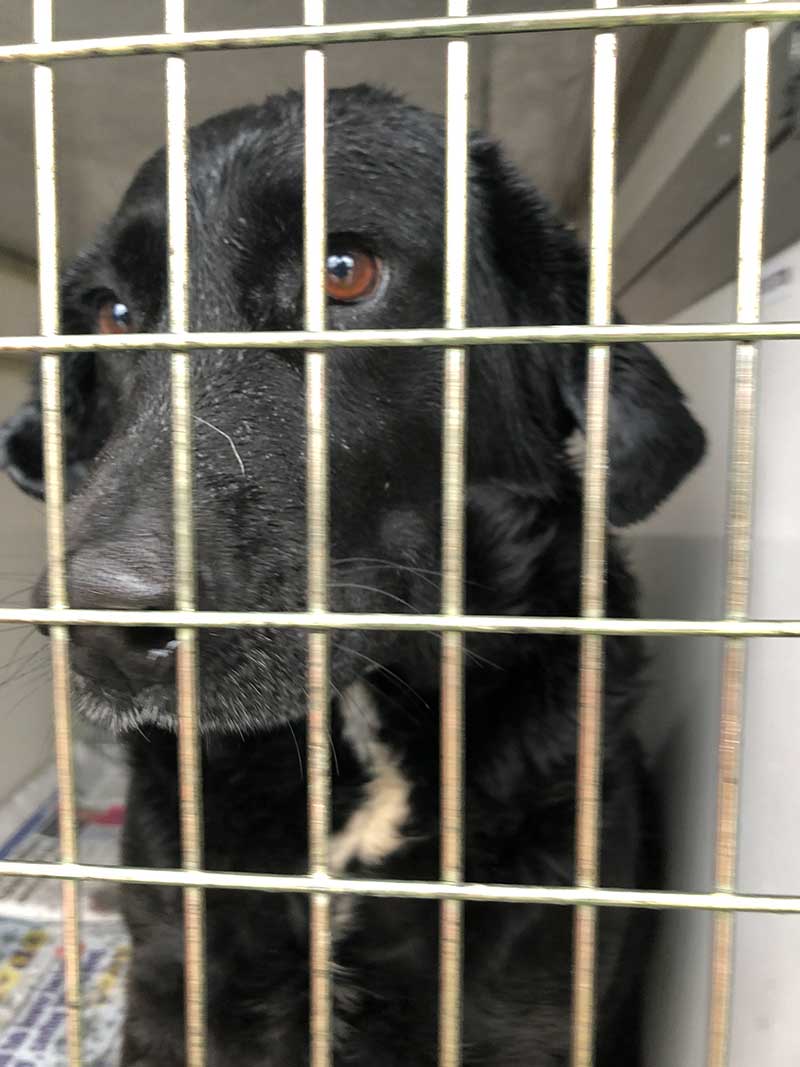 Lola ready for the off

Starting our trip back to the UK 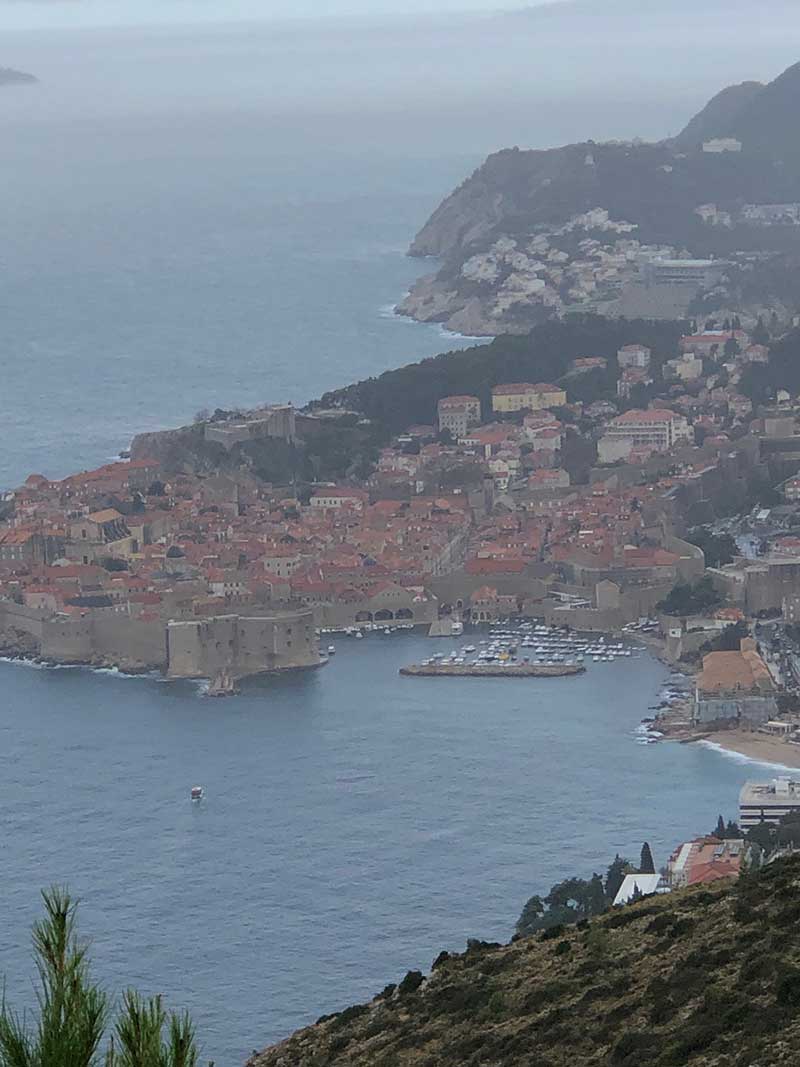 Eventually the rainclouds started to clear and we were treated to the fine view over Dubrovnik’s old town and port that the shelter dogs enjoy — on a sunny day at least. 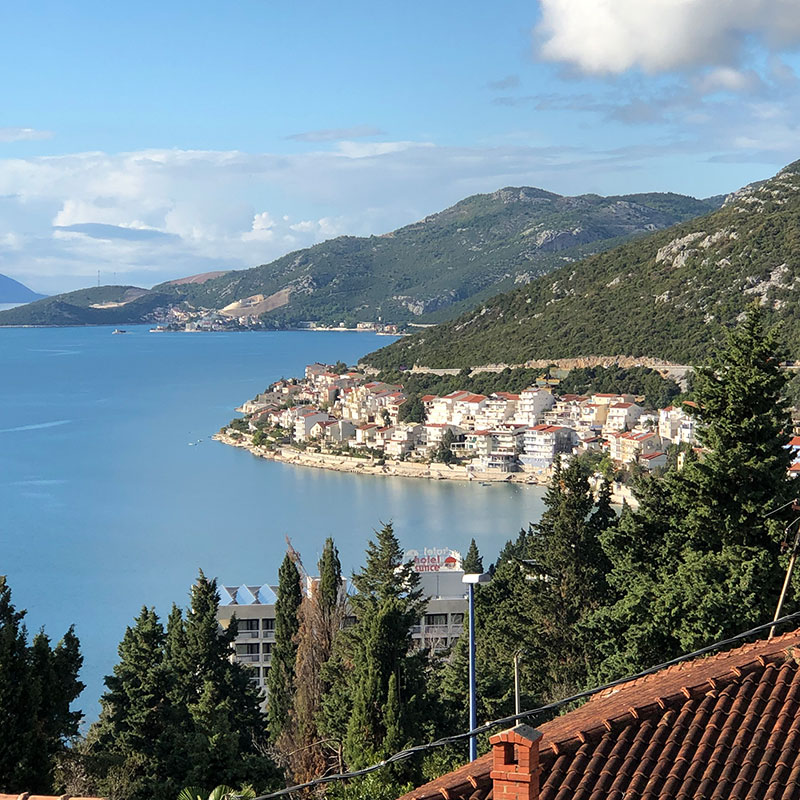 Croatia is a long narrow country that hugs the Adriatic Coast opposite Italy. It’s interrupted for about five miles by a chunk of Bosnia and Herzegovina — which has the same beautiful scenery and tourist-based economy as Croatia. Unlike Croatia, however, it’s not part of the EU nor of the Pet Passport Scheme. So we needed additional paperwork for the dogs to travel this short distance. 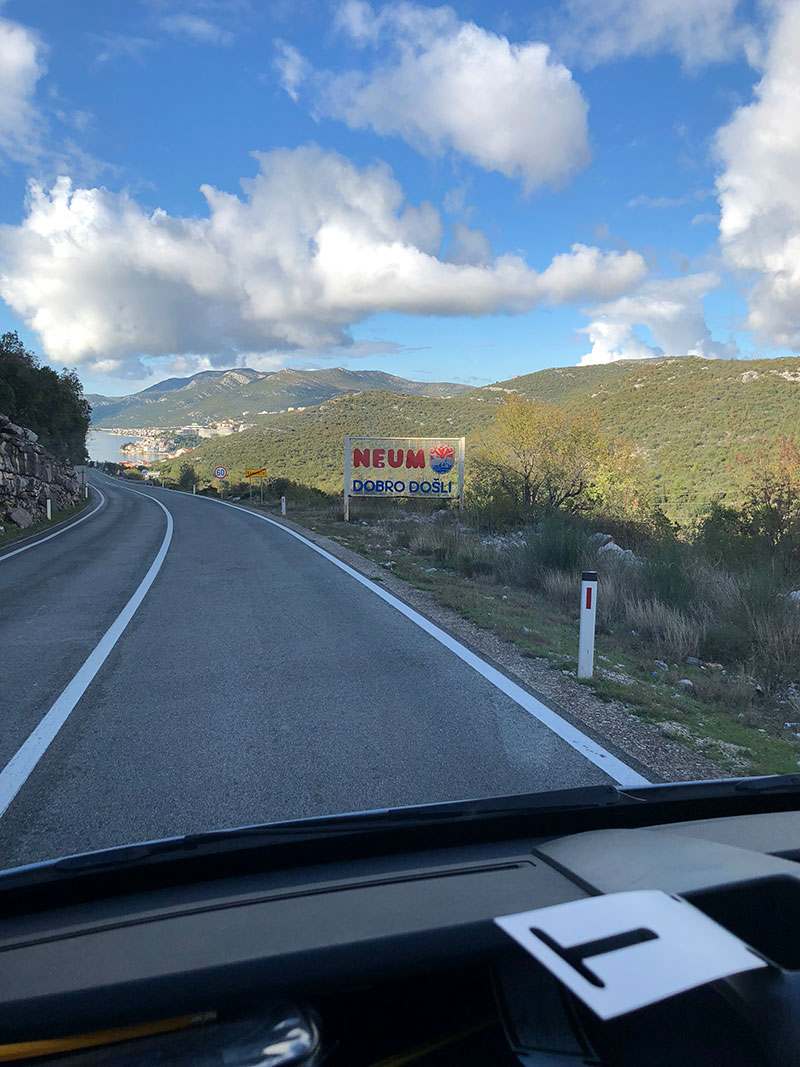 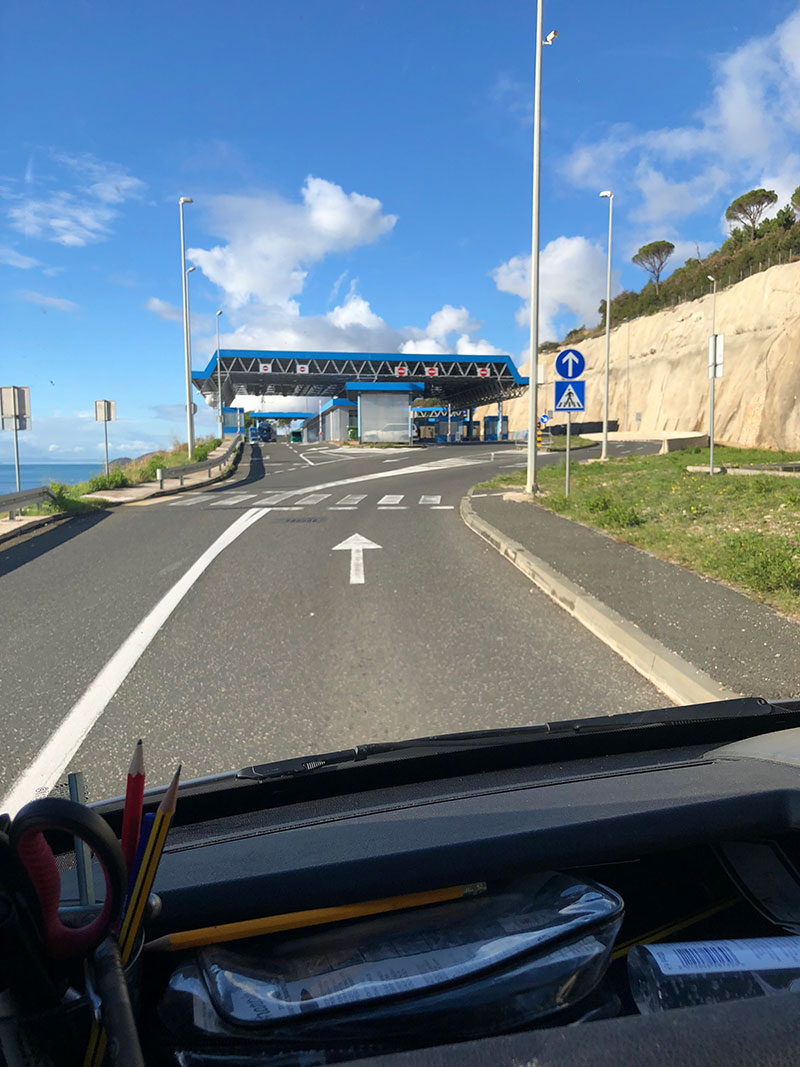 In the end, it took only about three seconds to cross the border! 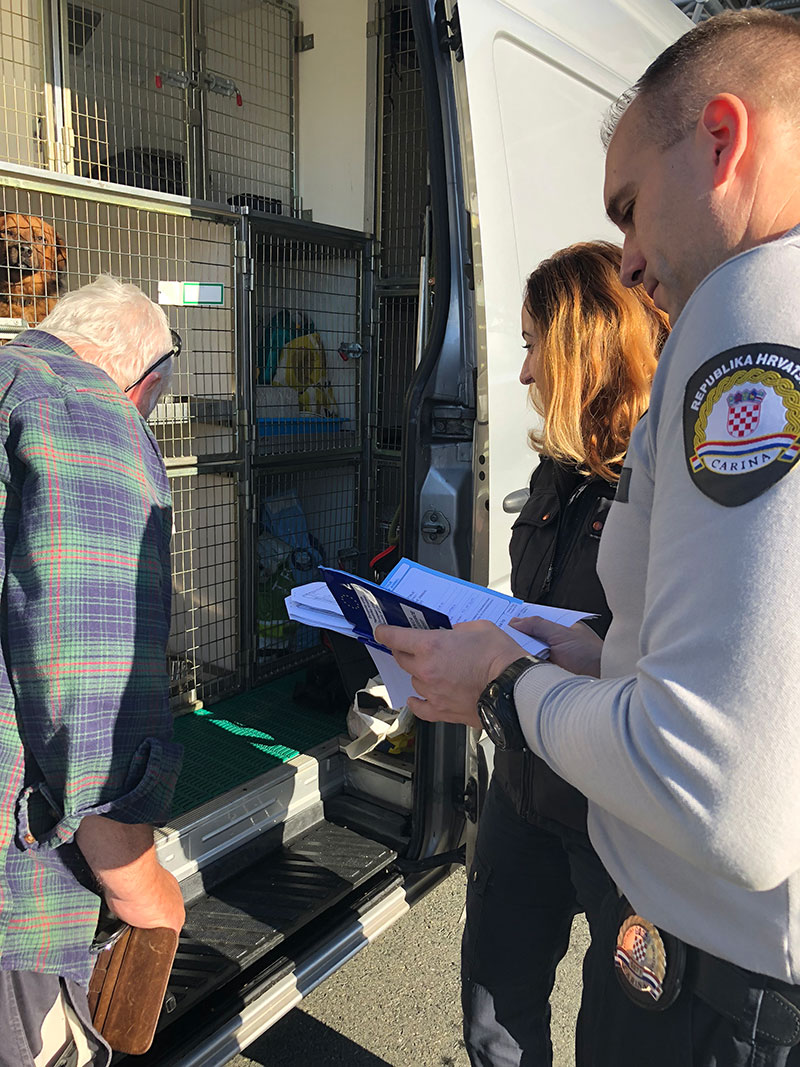 Crossing back into Croatia, we chatted with friendly Croatian customs officers, one of whom had adopted a dog from Dubrovnik 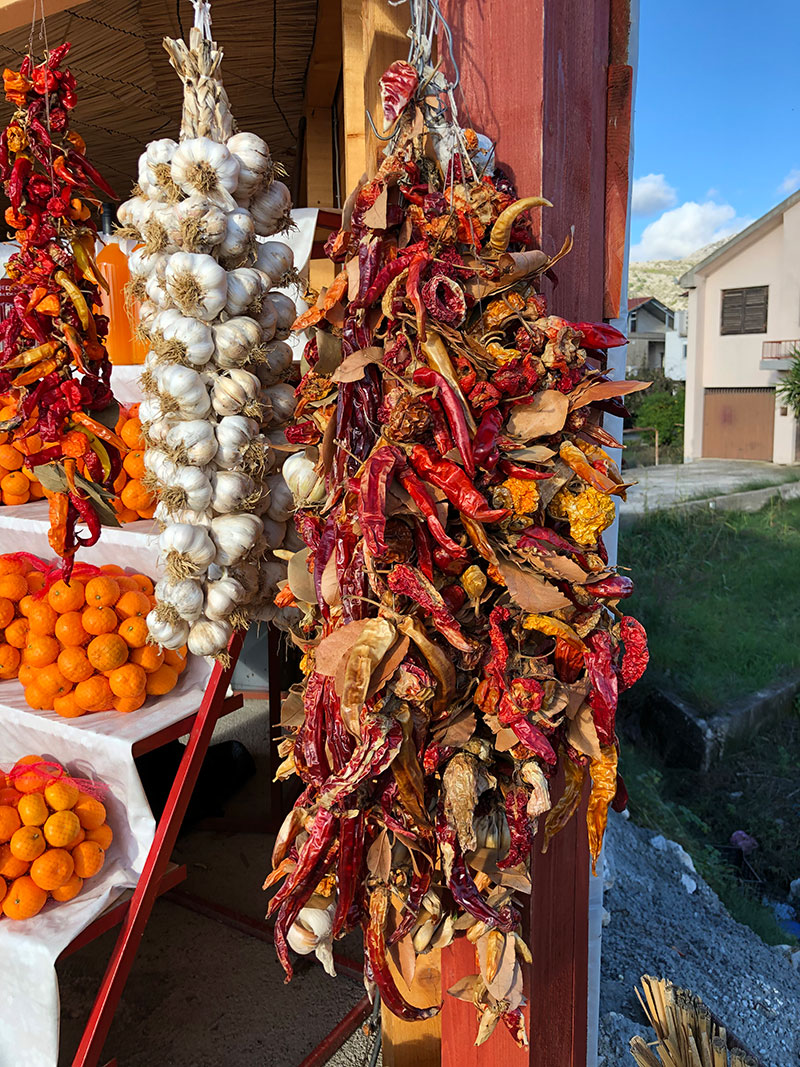 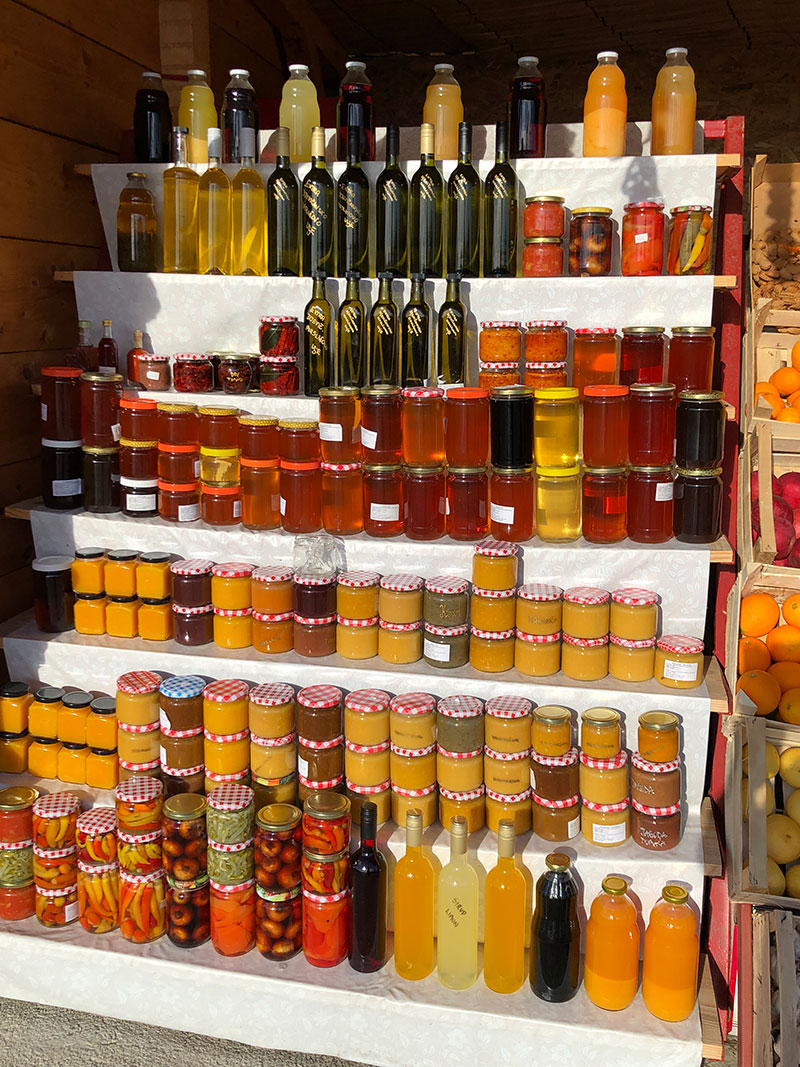 So many varieties of honey and preserves to choose from 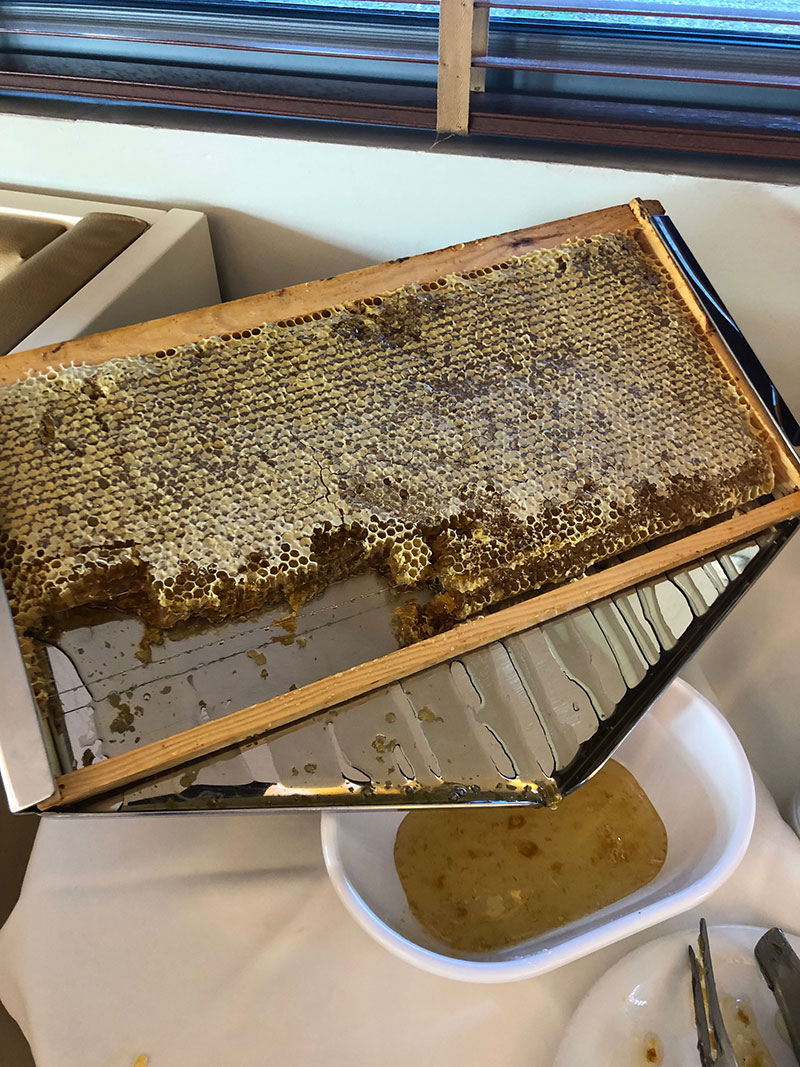 Now that’s what we call a honey dispenser! 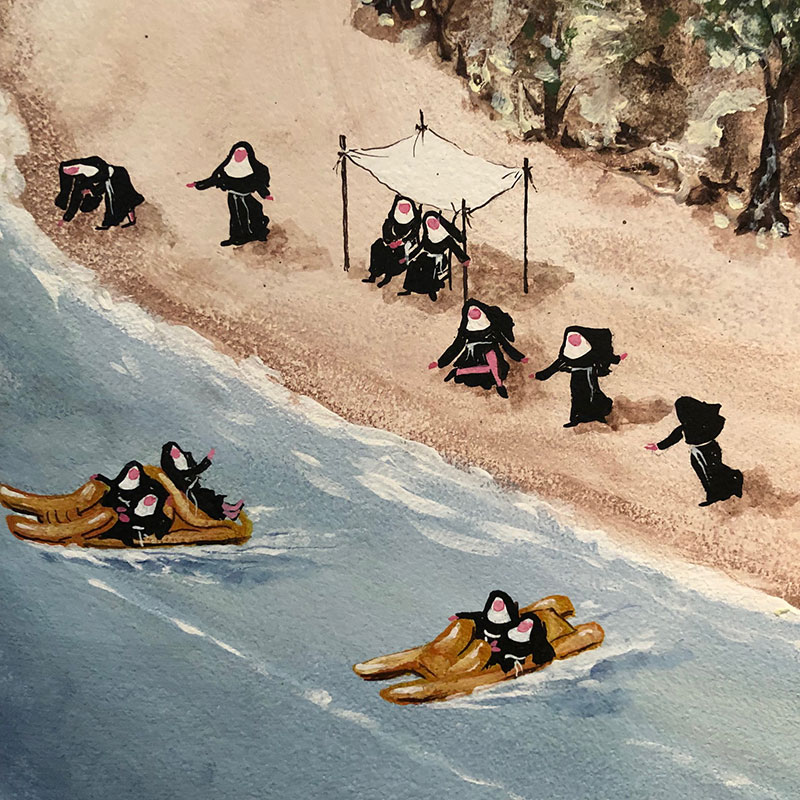 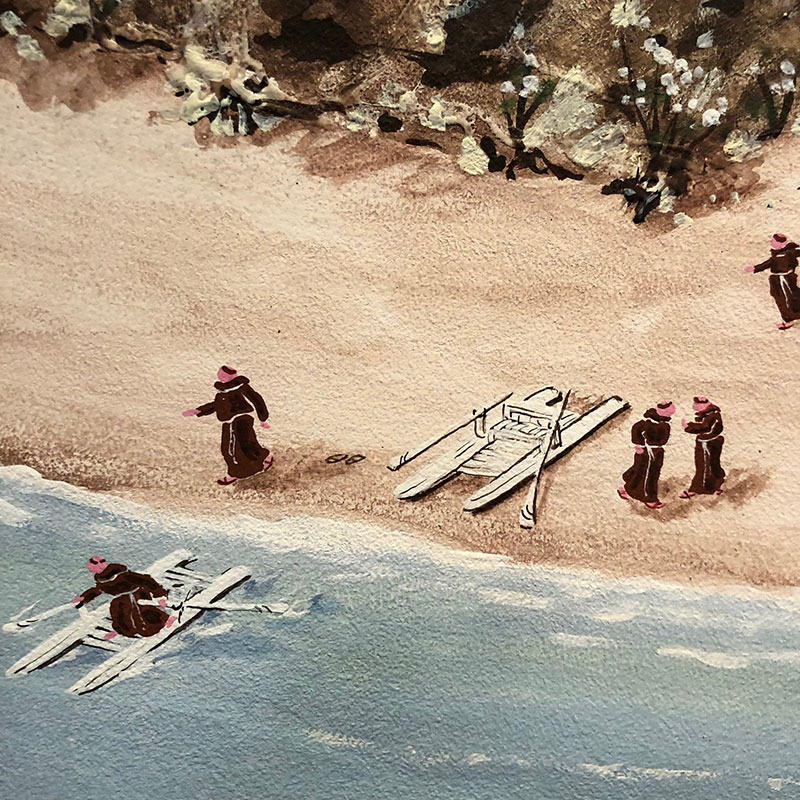