Transporting dogs and guinea pigs between the UK and Scandinavia

Animalcouriers recently transported dogs and guinea pigs between the UK and Scandinavia. We took German Shepherd Dog Sally to Denmark; and came back from Sweden with Labrador Angus and guinea pigs Panda and Truffle.

German Shepherd Dog Sally and her family are leaving Hertfordshire and returning to their native Denmark. We agreed to collect Sally just after her morning walk, when she was pleasantly tired. When courier Richard arrived, he found the house full of lovely Danish removers! 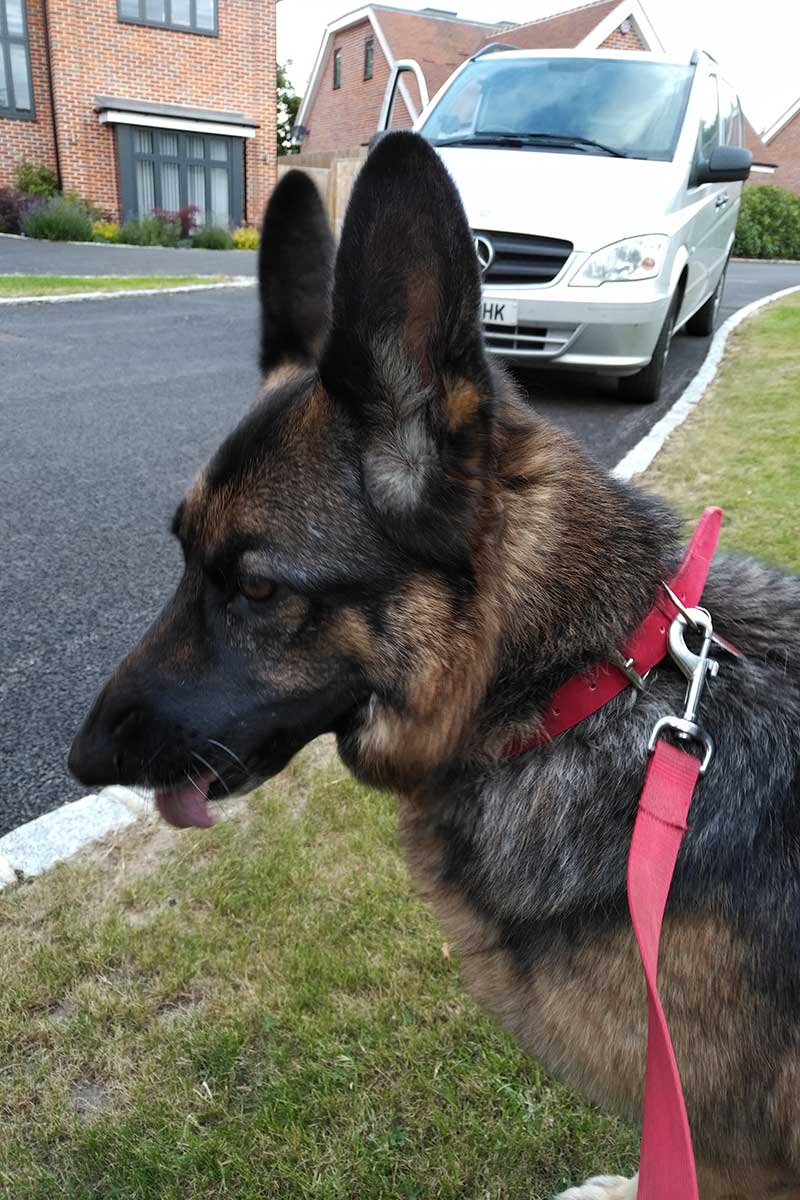 Gorgeous Sally back from her walk 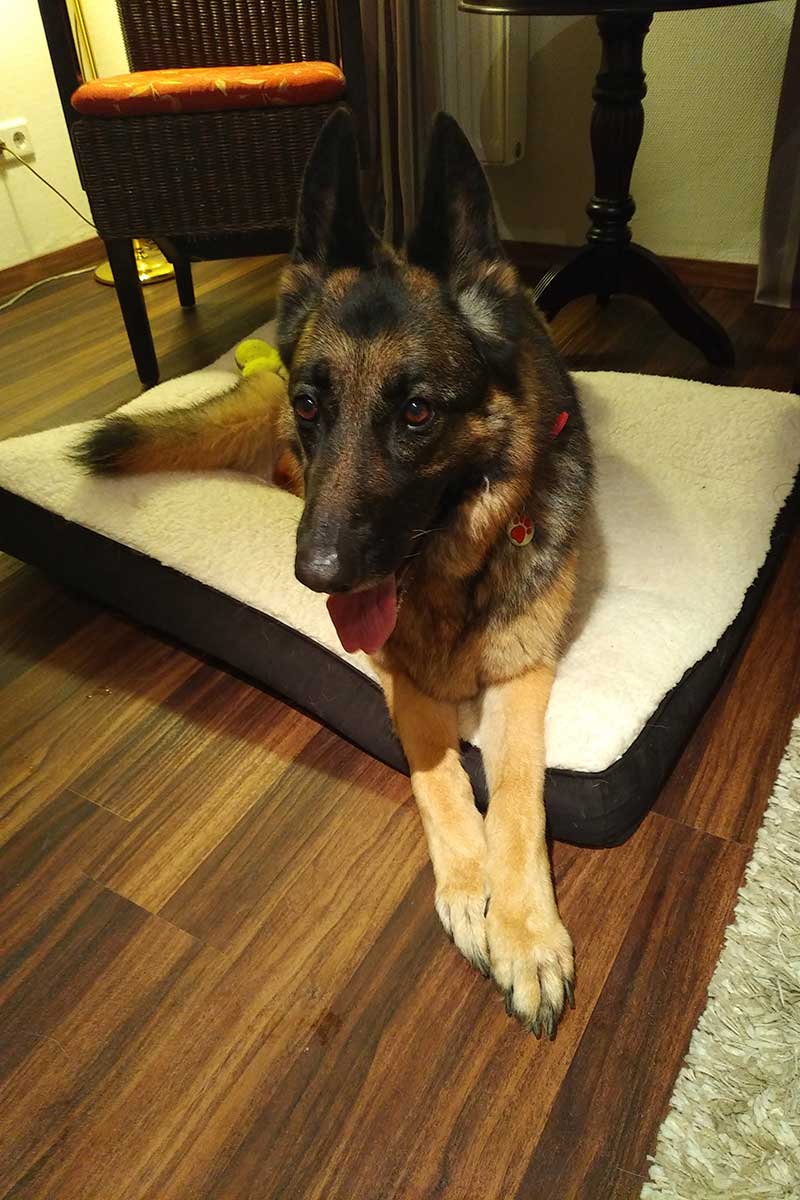 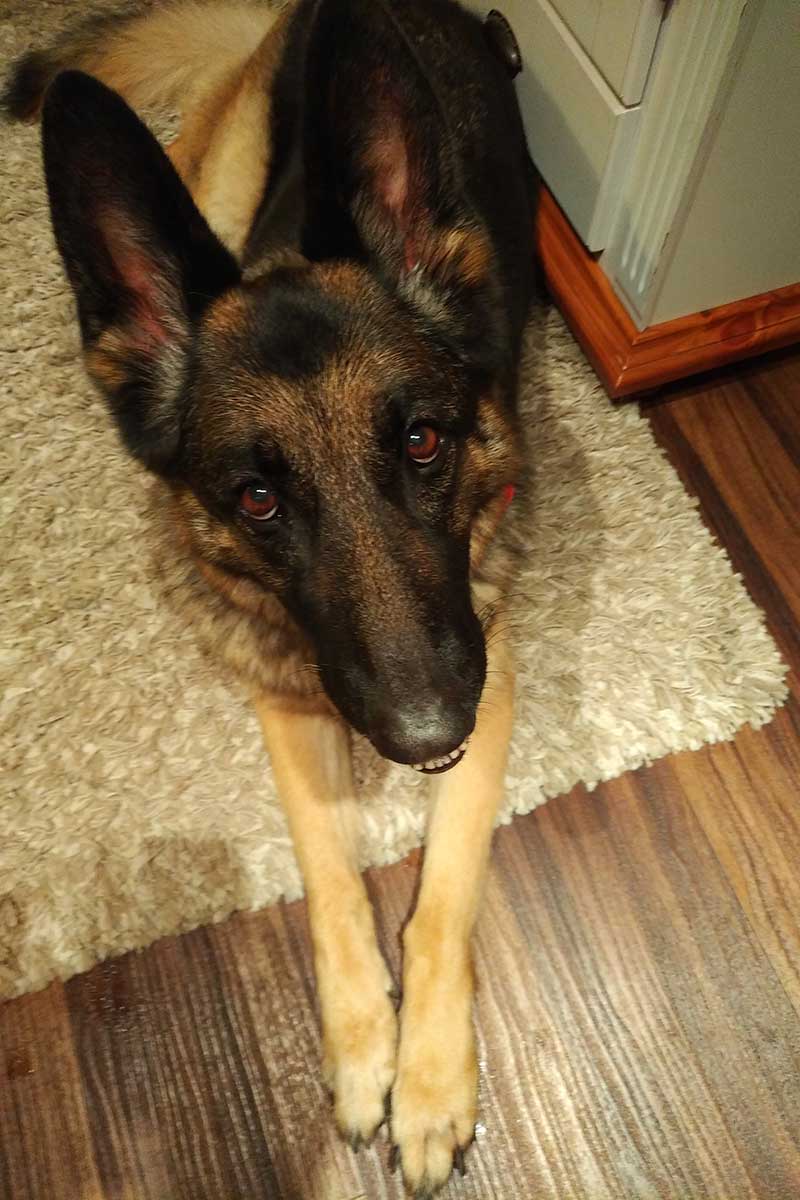 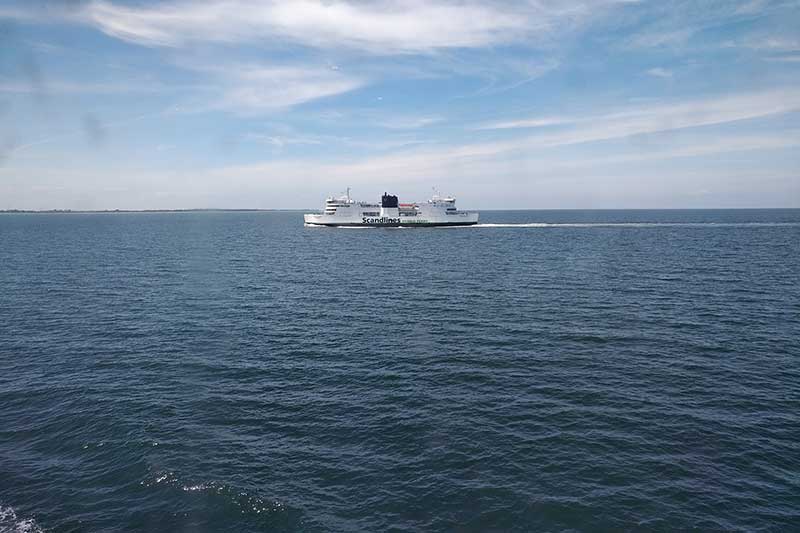 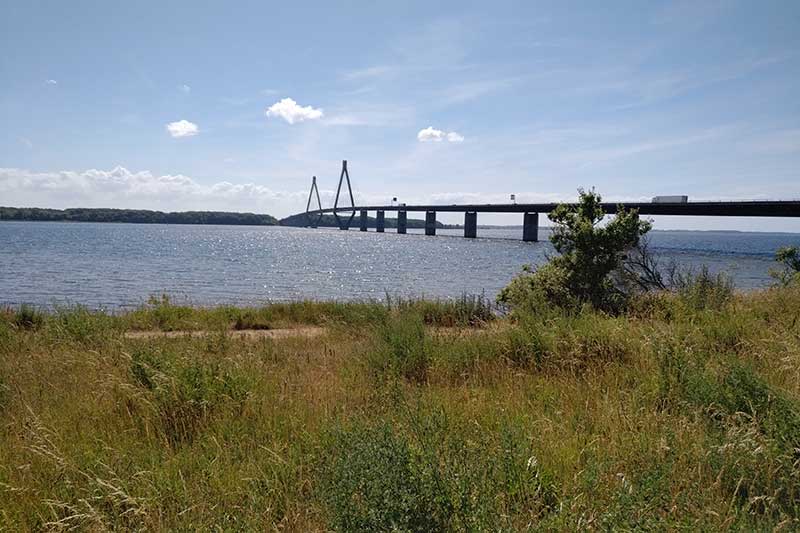 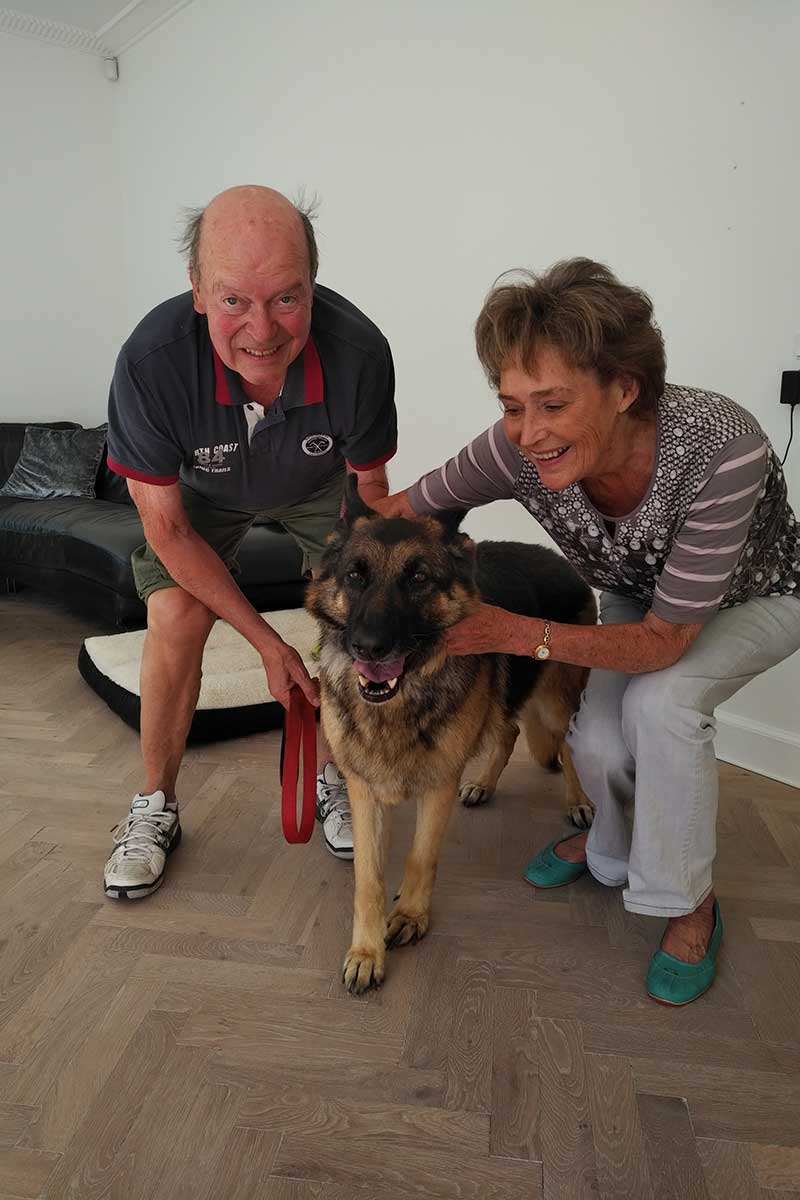 Sally reached Copenhagen ahead of her owners, Rikke and Christian. Christian’s parents were delighted to welcome Sally and give her all the hugs this big softie wanted. 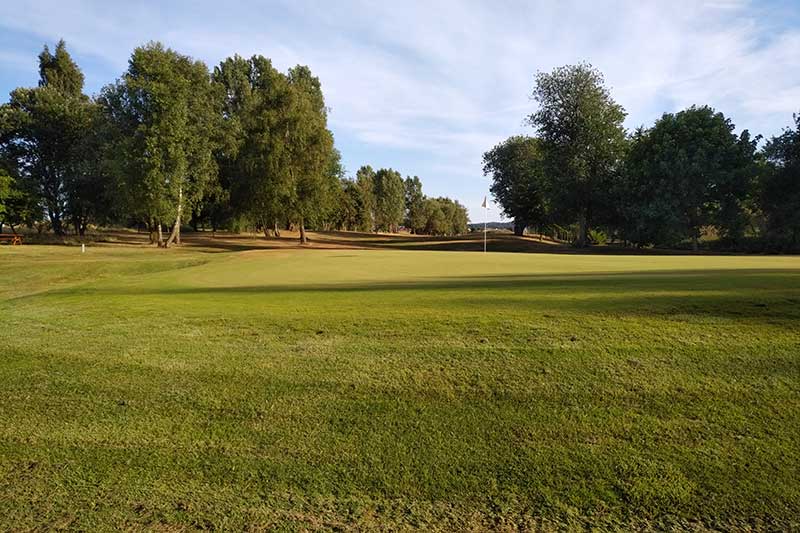 Courier Richard’s billet for the night was a hotel on a rather scenic golf course. We often look for last-minute deals, and sometimes we strike very lucky!

Courier Richard headed to Stockholm to meet Angus, aka Goose. He’s a Dudley Labrador, which means he doesn’t have the usual pigmentation on his eyes, eye rims, muzzle and nose.

Animalcouriers took Angus out to Sweden when owners Glenn and Lorna moved there a couple of years ago. Now work is taking the couple to Saudi Arabia, but they feel the climate won’t be right for Angus. So he’s off to live with their daughter in Fife. 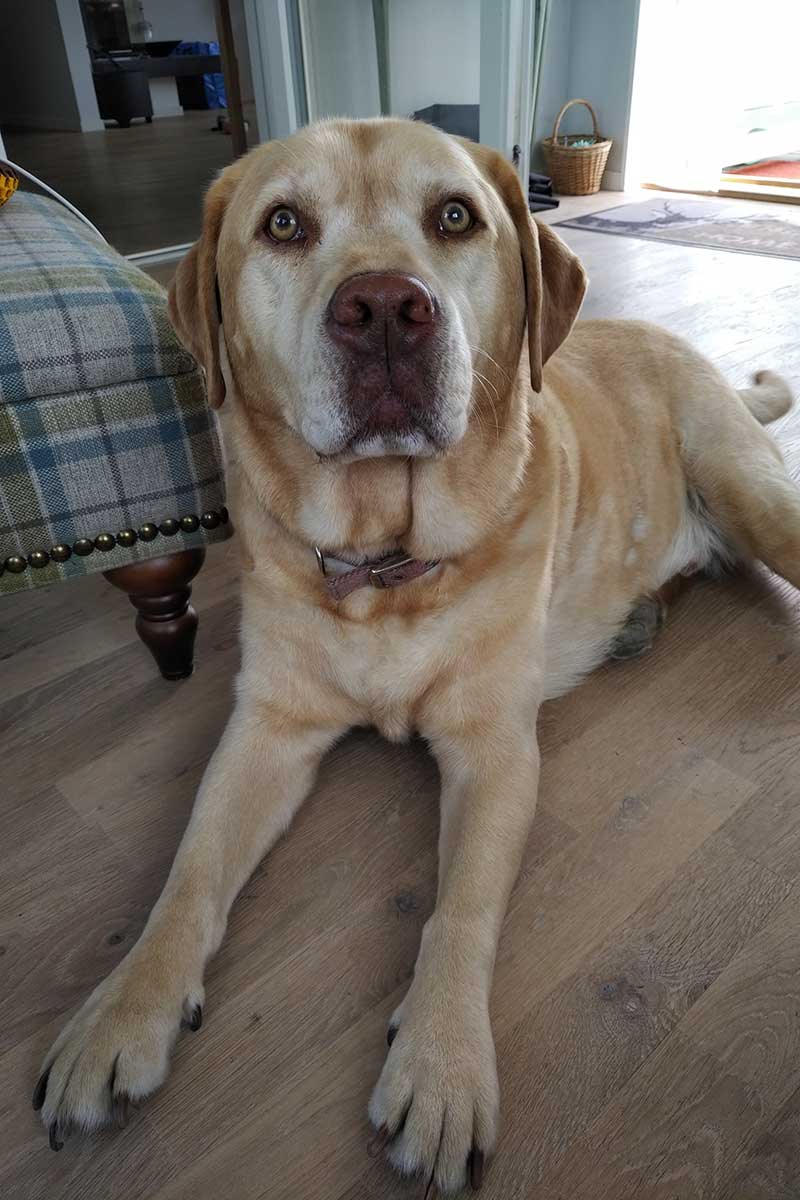 Delightful guinea pigs Panda and Truffle belong to Oleksandr and Veronica. The couple are in the middle of relocating from Stockholm to the UK. Veronica has gone on ahead, and now their precious guinea pigs are on their way. Oleksandr will follow in July. 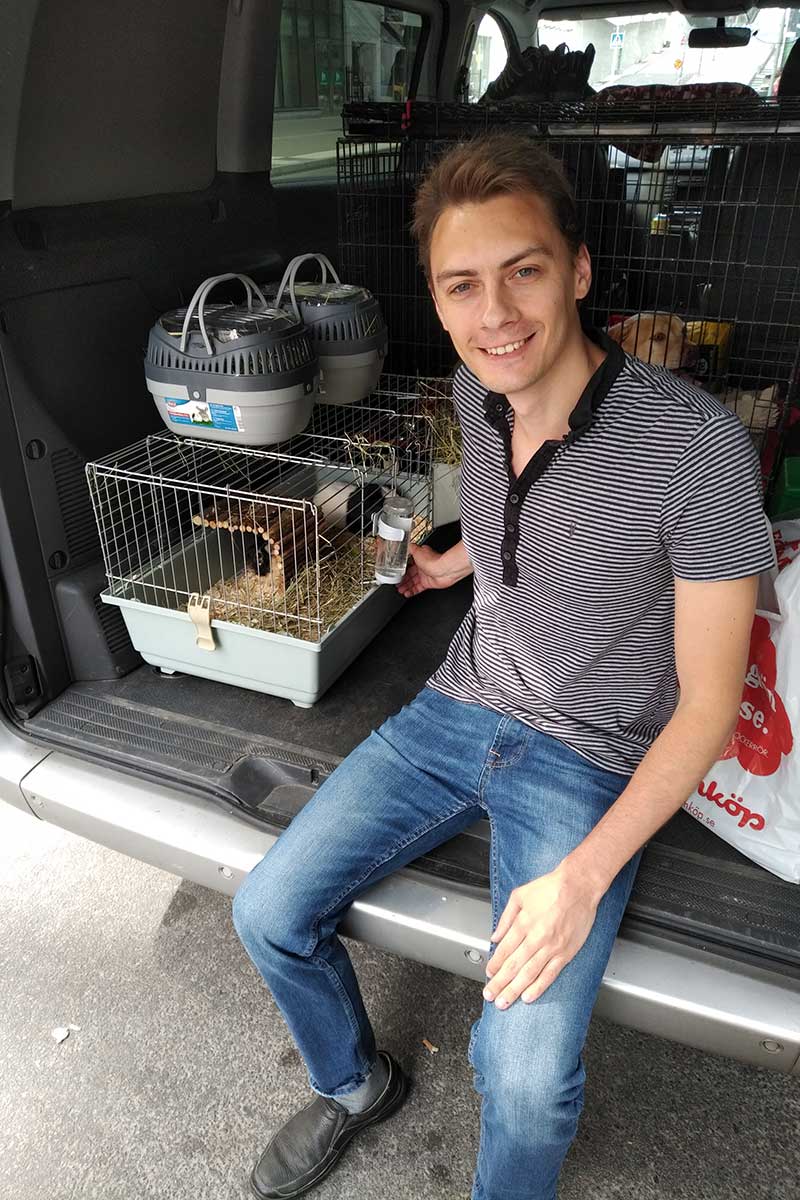 Oleksandr making sure Panda and Truffle get settled in 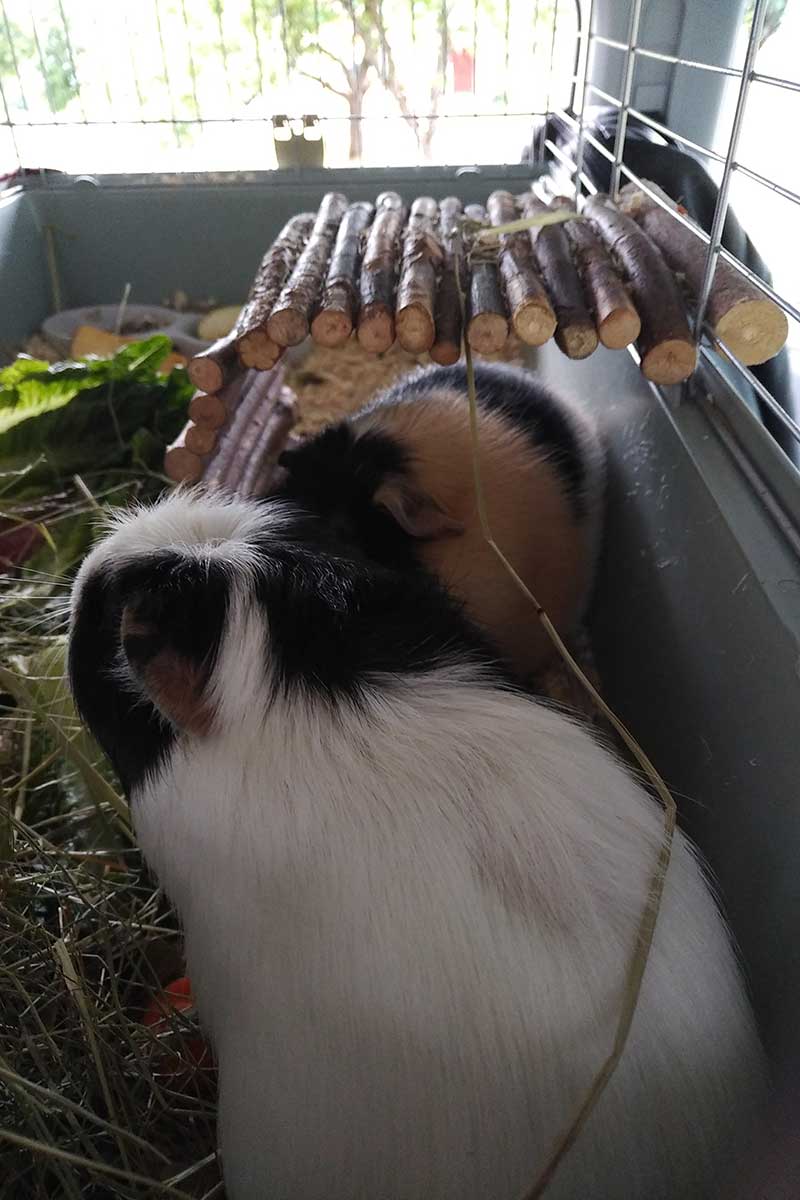 Panda and Truffle are very happy together 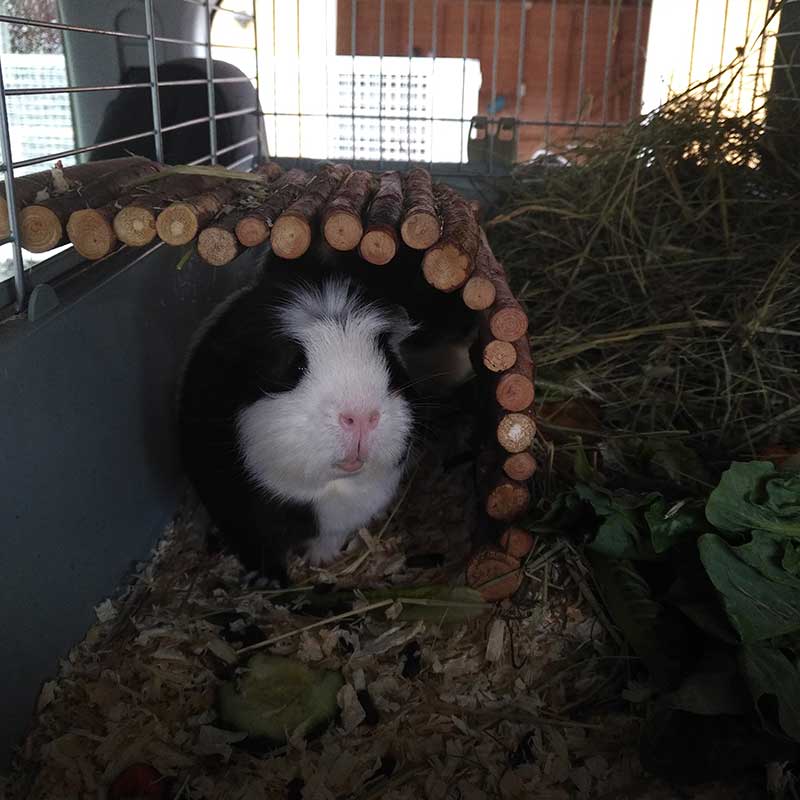 What a cute pink nose! 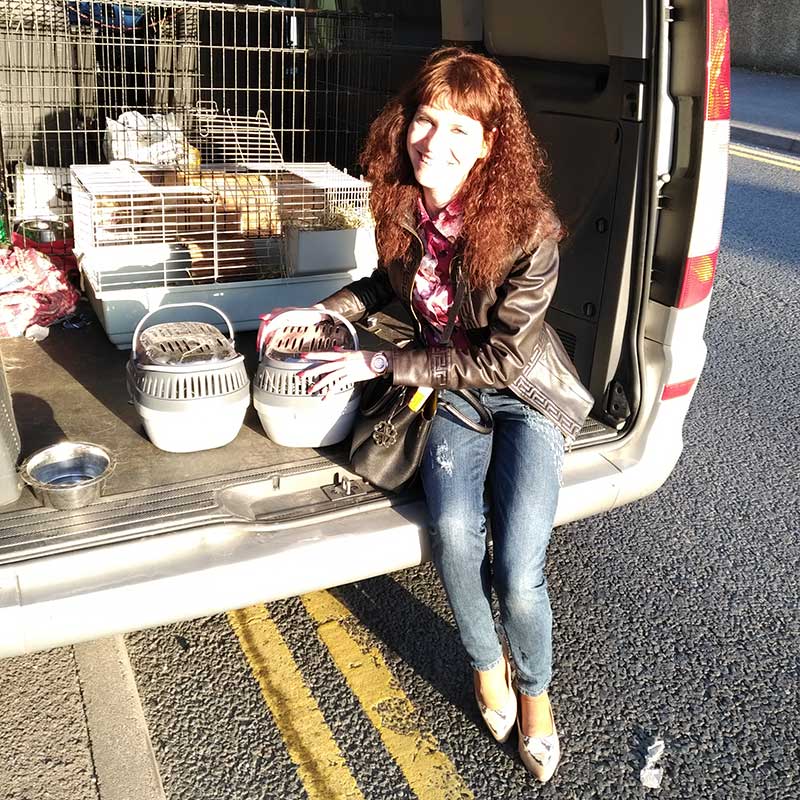 Veronica very happy to be reunited with her guinea pigs

Cute Westie Dany, who travelled with us recently from Portugal, was collected from our Surrey base by a member of Angelica’s family. 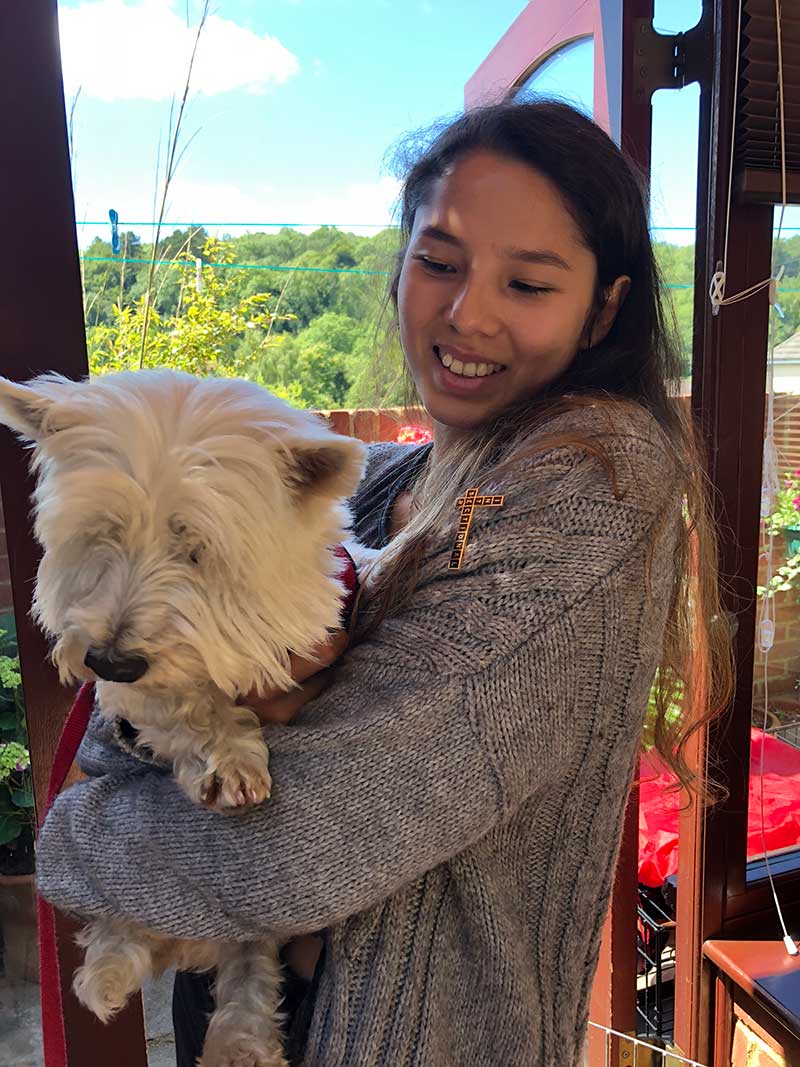 Welcome back hugs for Dany