Having delivered our Spain-bound passengers, our two sets of couriers set about collecting pets from Spain and Portugal who are heading to the UK.

Couriers M and Paul drove into Portugal, where their first stop was Praia de Luz to collect West Highland Terrier Dany. This cute and friendly little girl has been on holiday with her owner Angelica, and both are now on their way back to Middlesex. 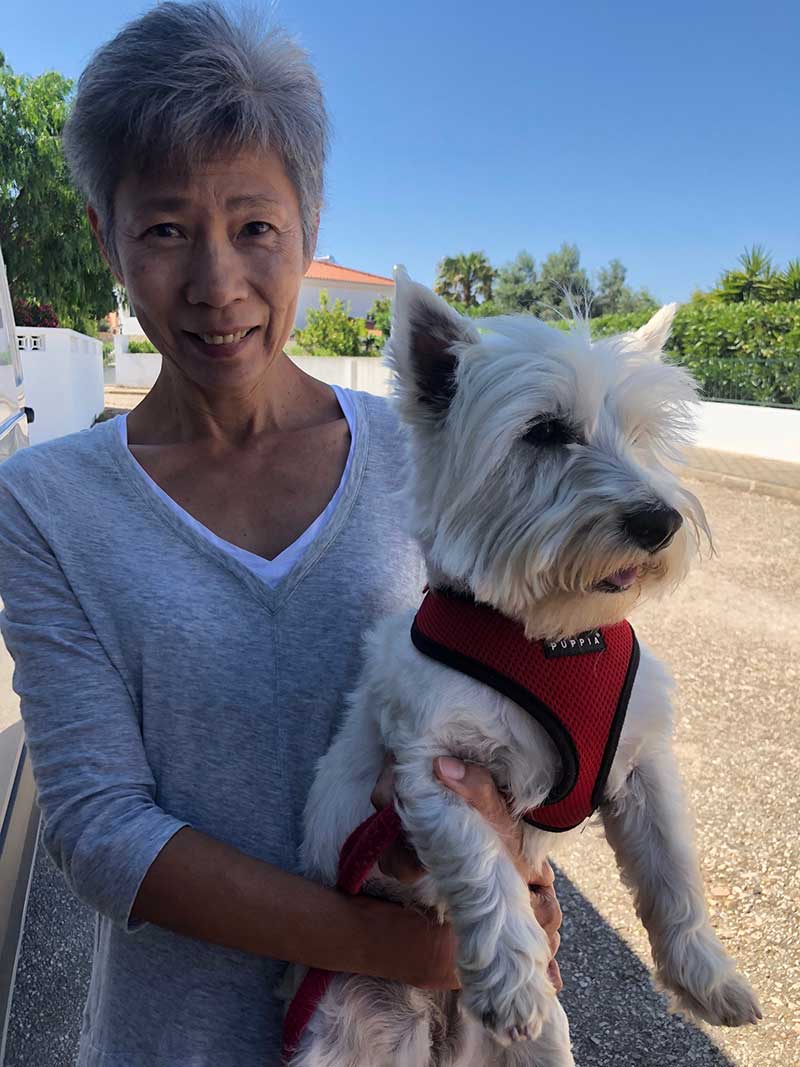 In Lagos we met Bertie the Pug. After 13 years in sunny Portugal, Hannah is returning to the London area to further her career, and asked us to transport Bertie for her. Little Bertie is quite forward and confident. He gave our van a thorough inspection before settling down in his bedroom. 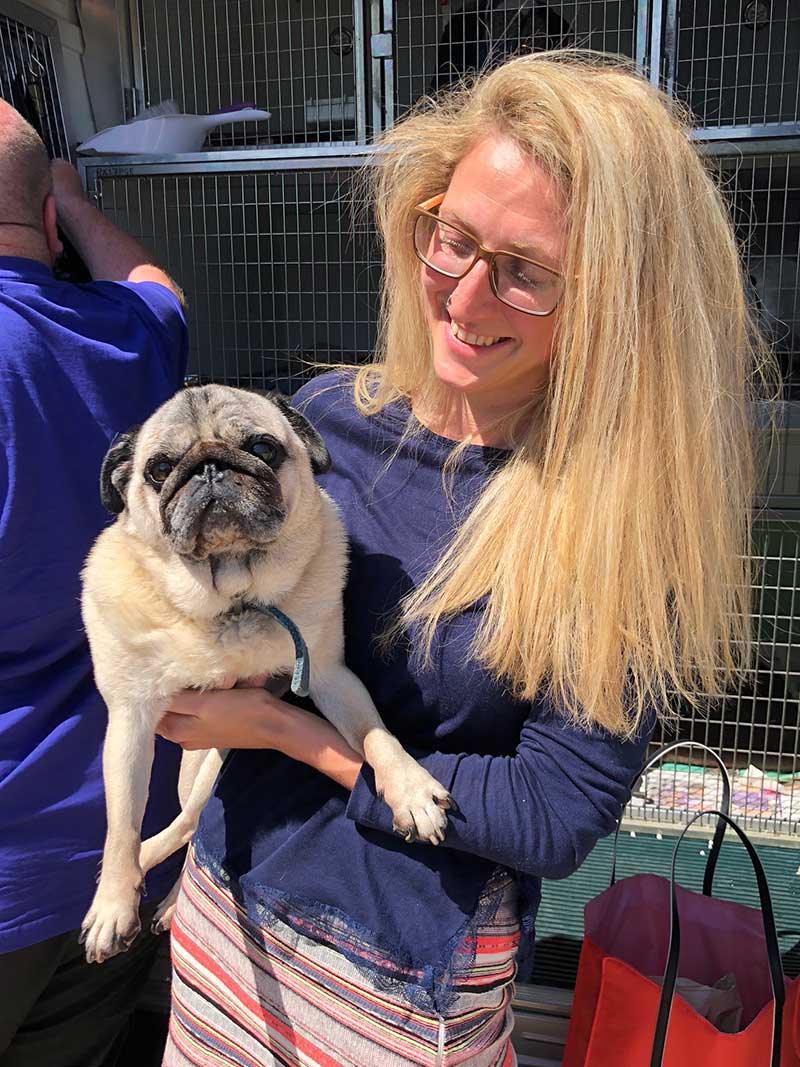 Dear Bertie getting a proper send-off from Hannah

Maxine was on holiday at a yoga centre on the Portuguese Algarve when she met Aurora Mimosa, a part Labrador puppy — the yoga centre’s resident Labrador had gone wandering and come back expectant! Maxine fell for the puppies, and was delighted when owner Paula invited her to choose one.

Now that Aurora Mimosa is old enough to travel, she’s on her way to live with Maxine in Scotland. Paula tells us she’s still looking for homes for four other pups. 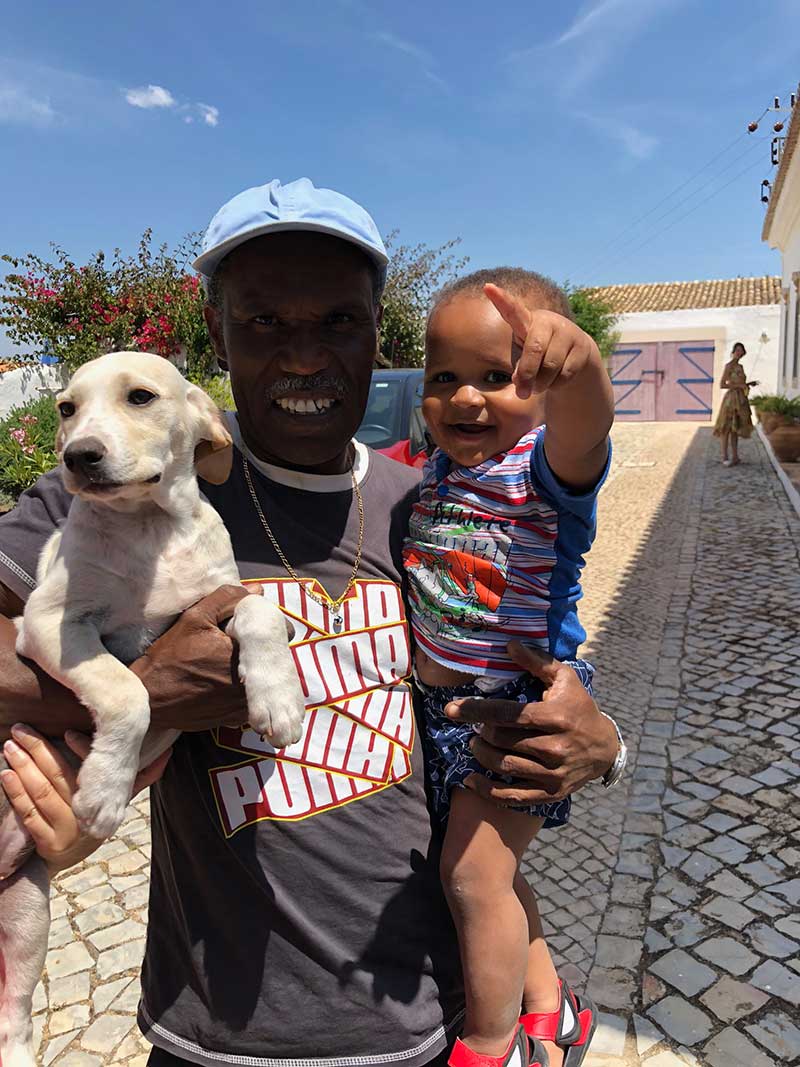 Here’s Aurora Mimosa with Zim, who works at the yoga centre, and his daughter Gabrielle. Zim has been helping to care for the puppies. 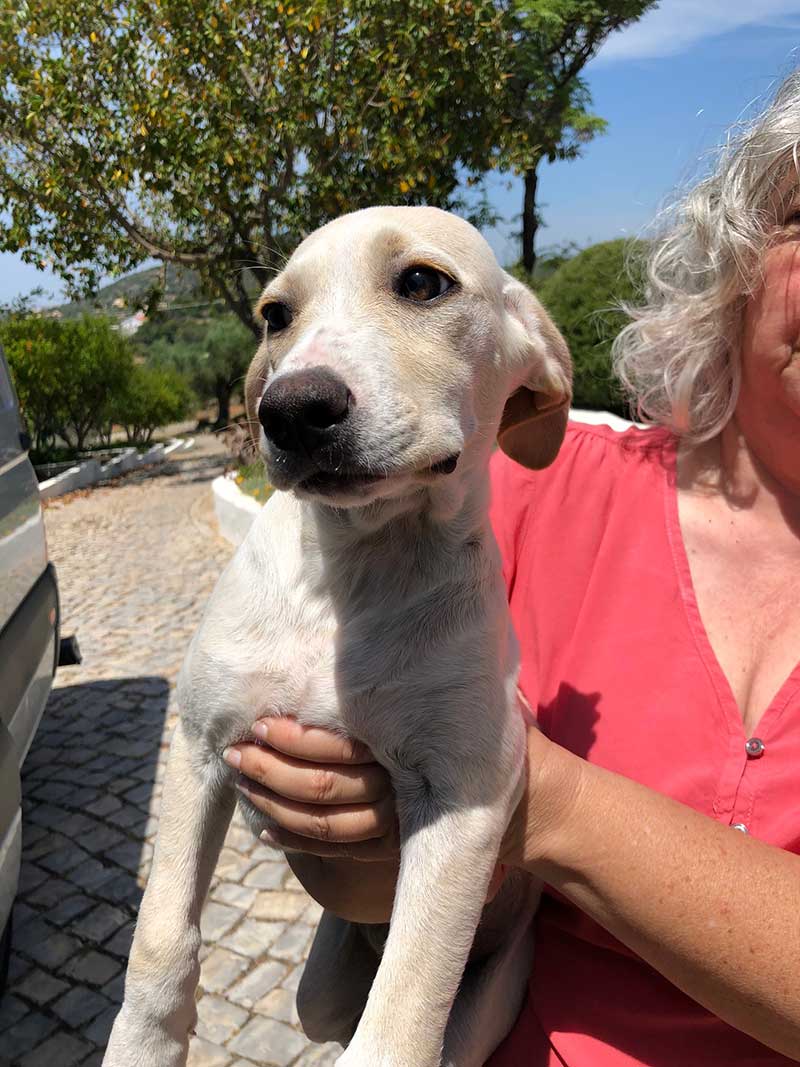 We stopped off in a beautiful forested area near Huelva, in Spain, to collect fab feline pair Tom and Fifi. They’re relocating with owner Lynn to Bristol. 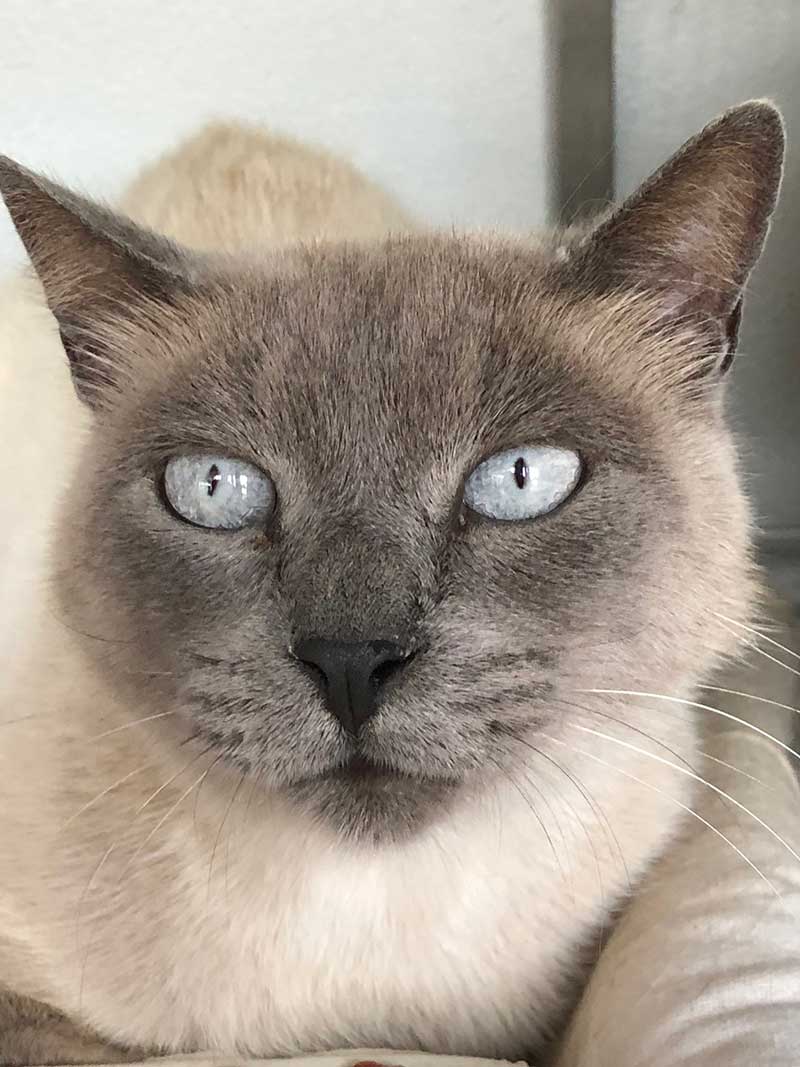 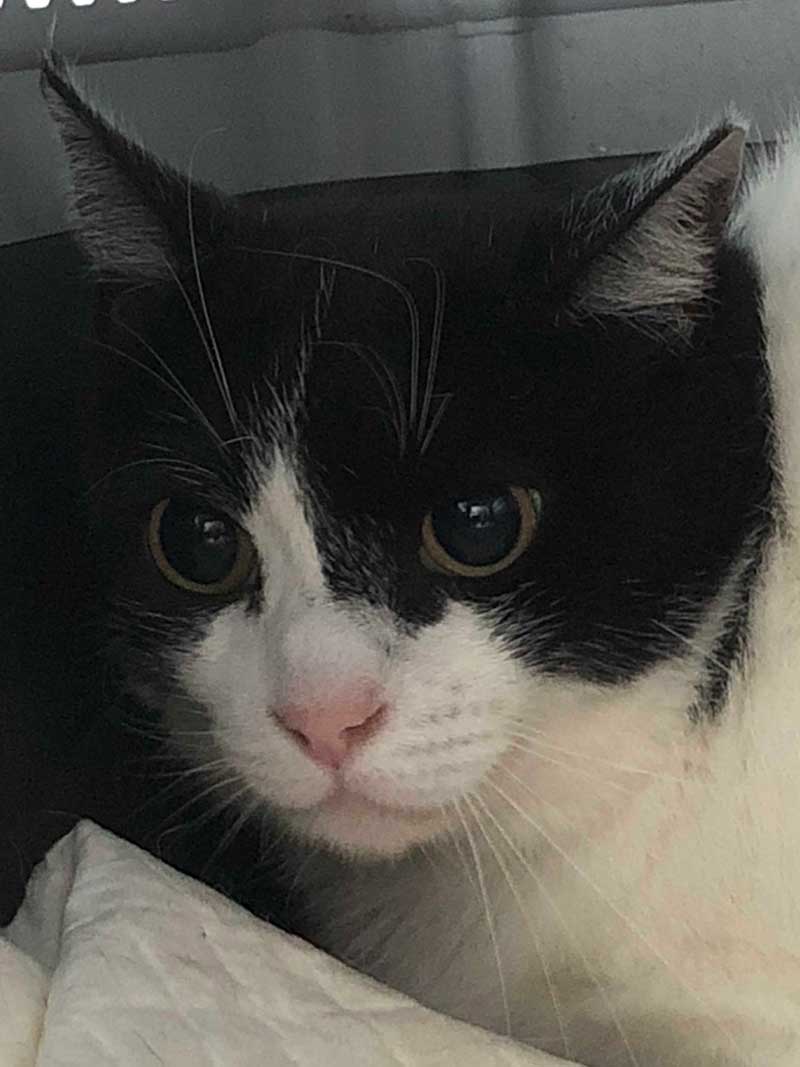 Frequent traveller Monty, a Westiepoo, is returning to Surrey following a stay in Sotogrande, near Cadiz, with owner Gillian. 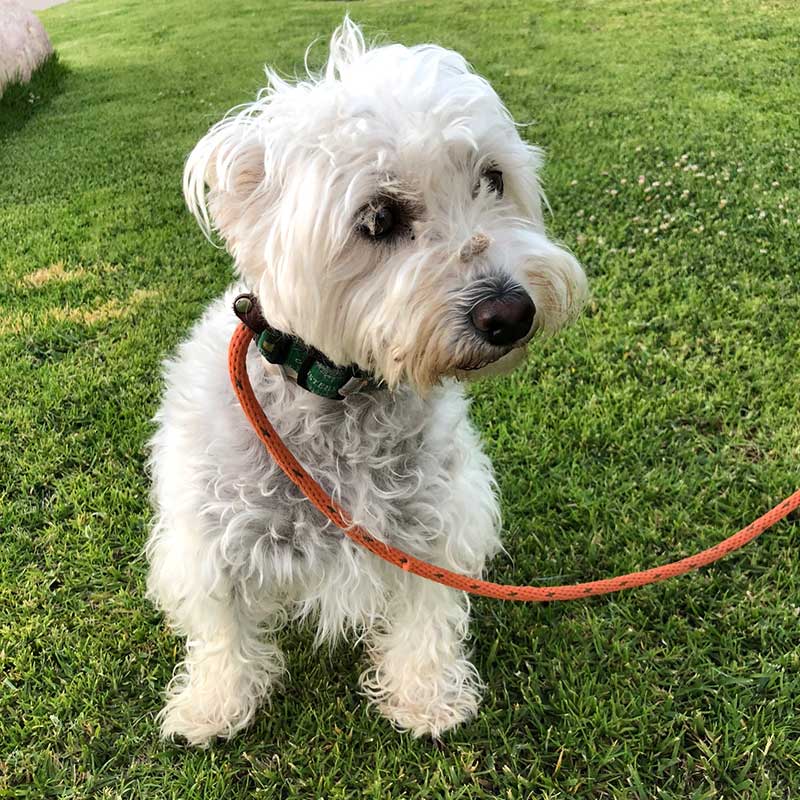 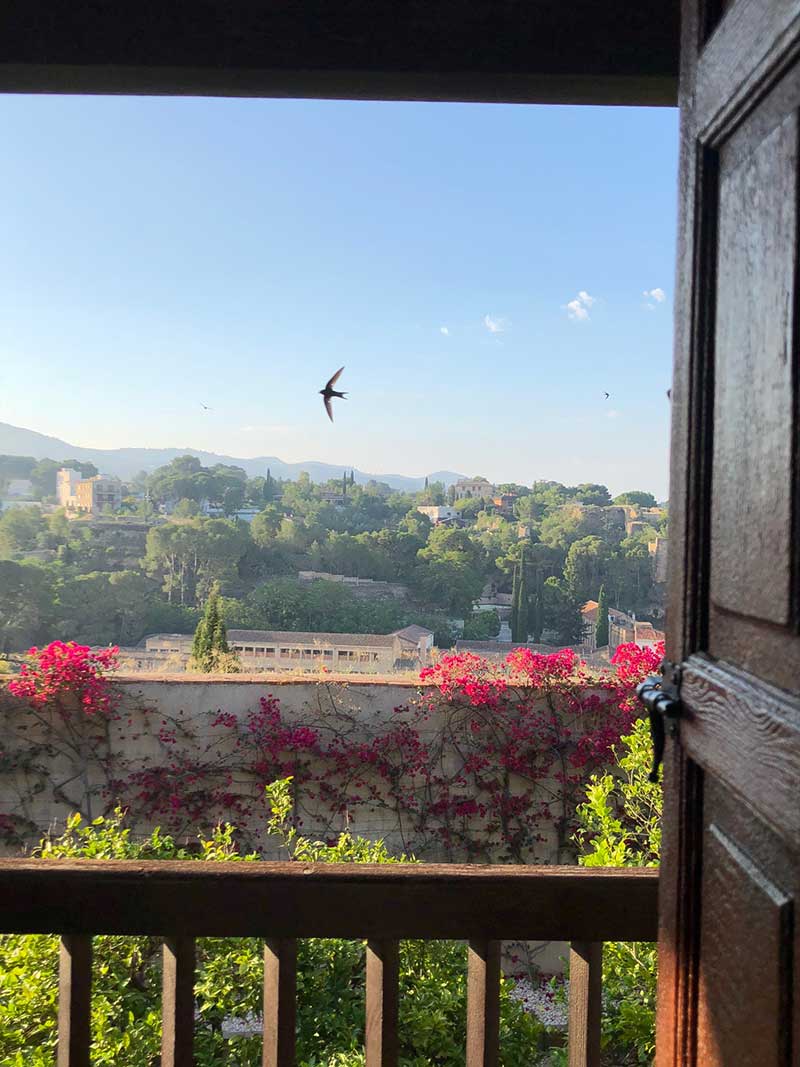 We collected little Missie at the Petcare Pet Hotel in Alhaurin el Grande in Spain. She’s on her way to rejoin owner Heather in Gloucestershire. 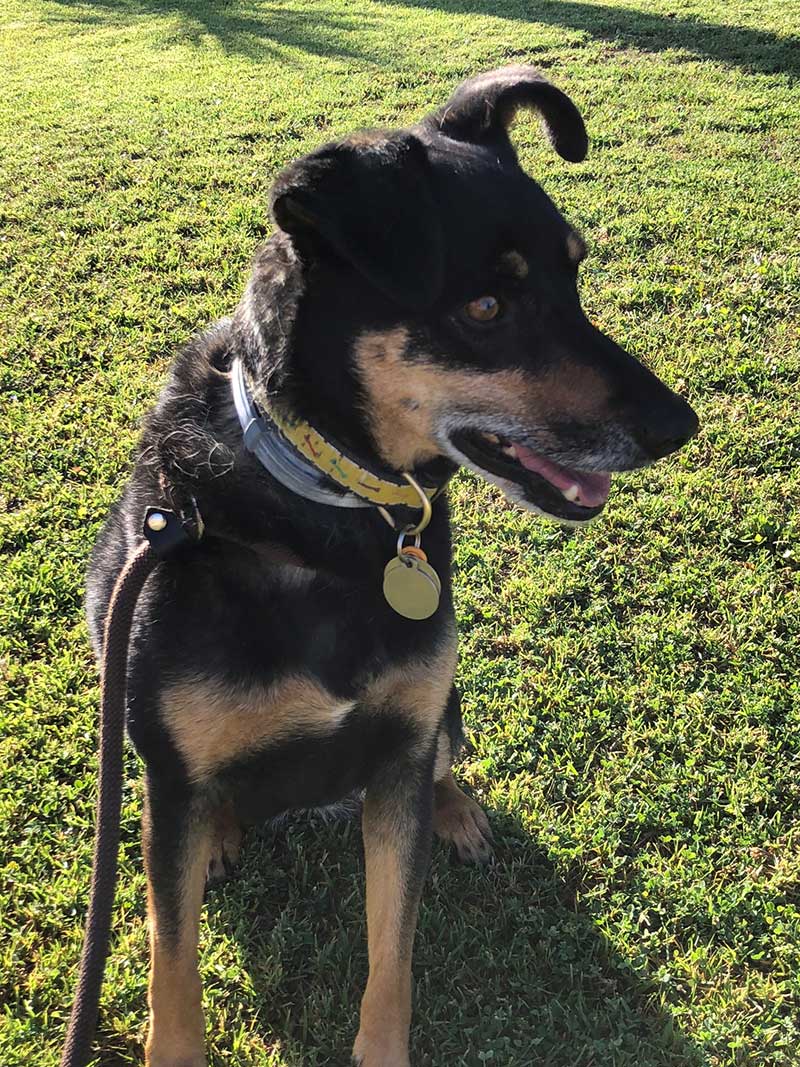 We were pleased to catch up with Tojo and Rocky, and owners Mandy and Sam, in Pilar de la Horadada. We first met when Tojo and Rocky travelled with us from Greece to Northern Ireland; and again when the family relocated to Spain. Now they’re on their way back to Belfast and, once again, asked us to transport Tojo and Rocky.

Courier M fondly recalled Conure Jasper, who travelled from Greece with the dogs. When he mentioned this to Mandy, she showed him the tattoo on her shoulder of this much loved bird. 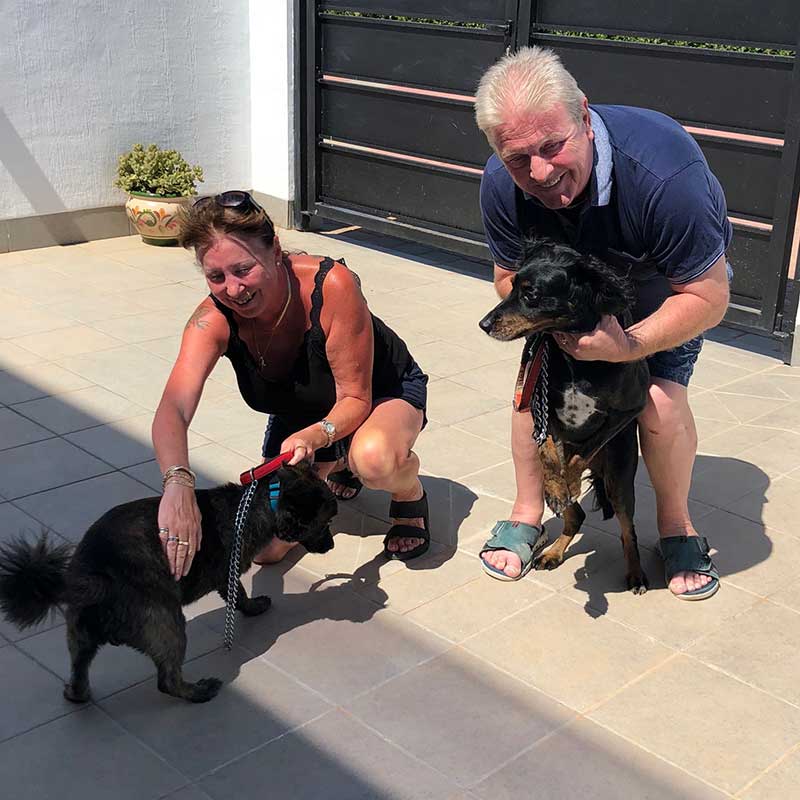 Mandy with Tojo and Sam with Rocky 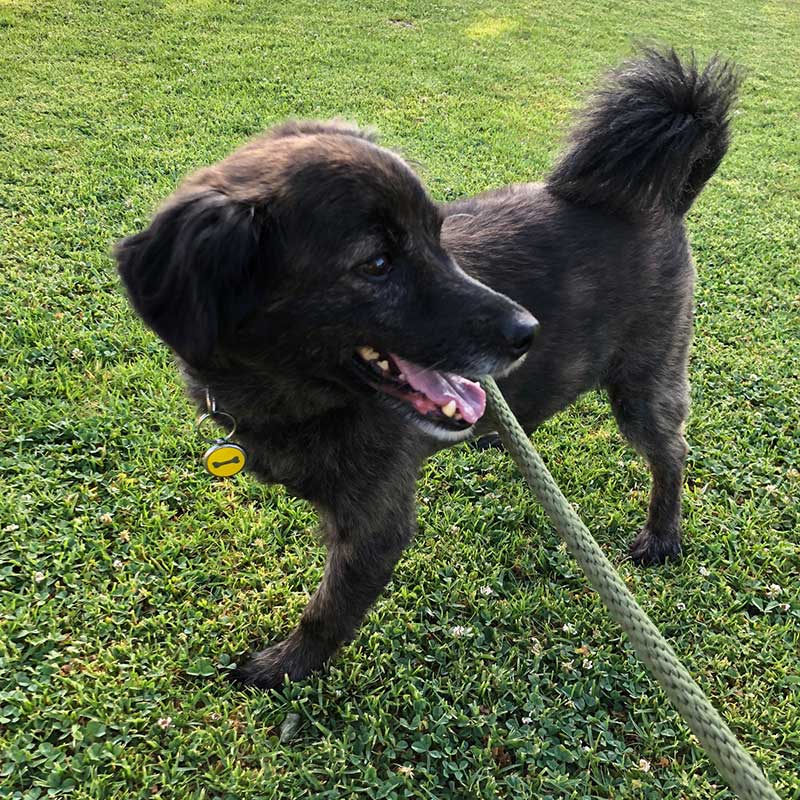 Although he’s a tripod, Tojo loves a walk 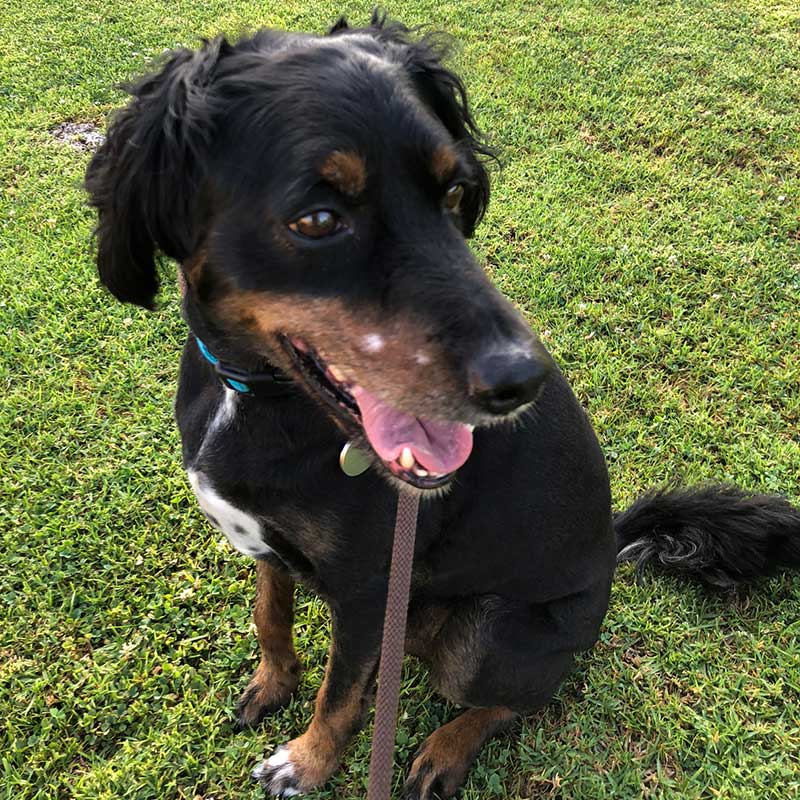 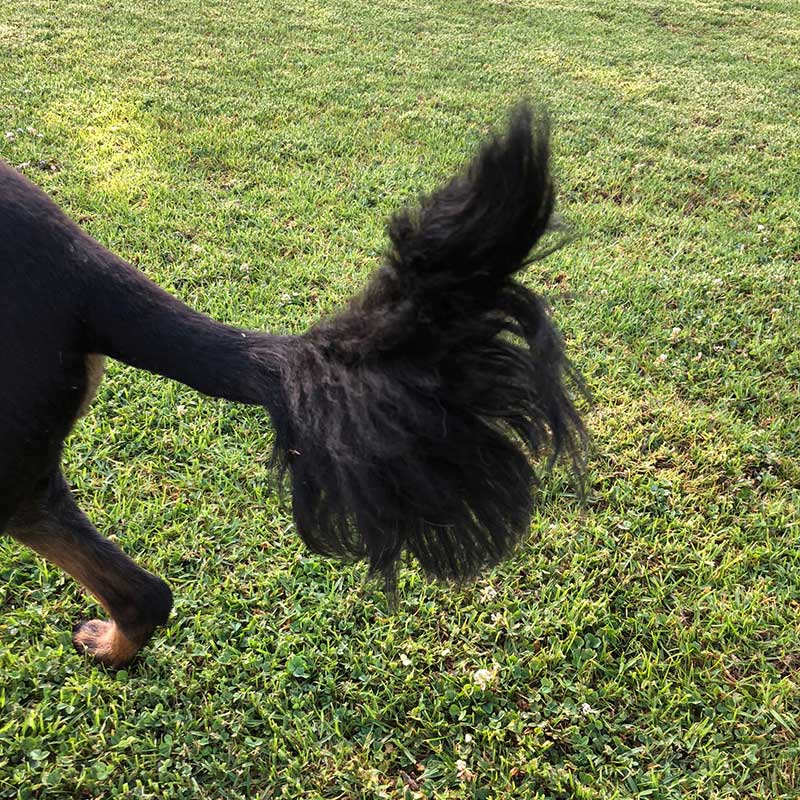 We met five-year-old Catalan Sheepdog Bruc and his breeder Angel near Tarragona, where Angel and his dogs were doing an agility demonstration at a venue recently built by the local council. Bruc is on his way to the Midlands to join Catalan Sheepdog enthusiast Chris. 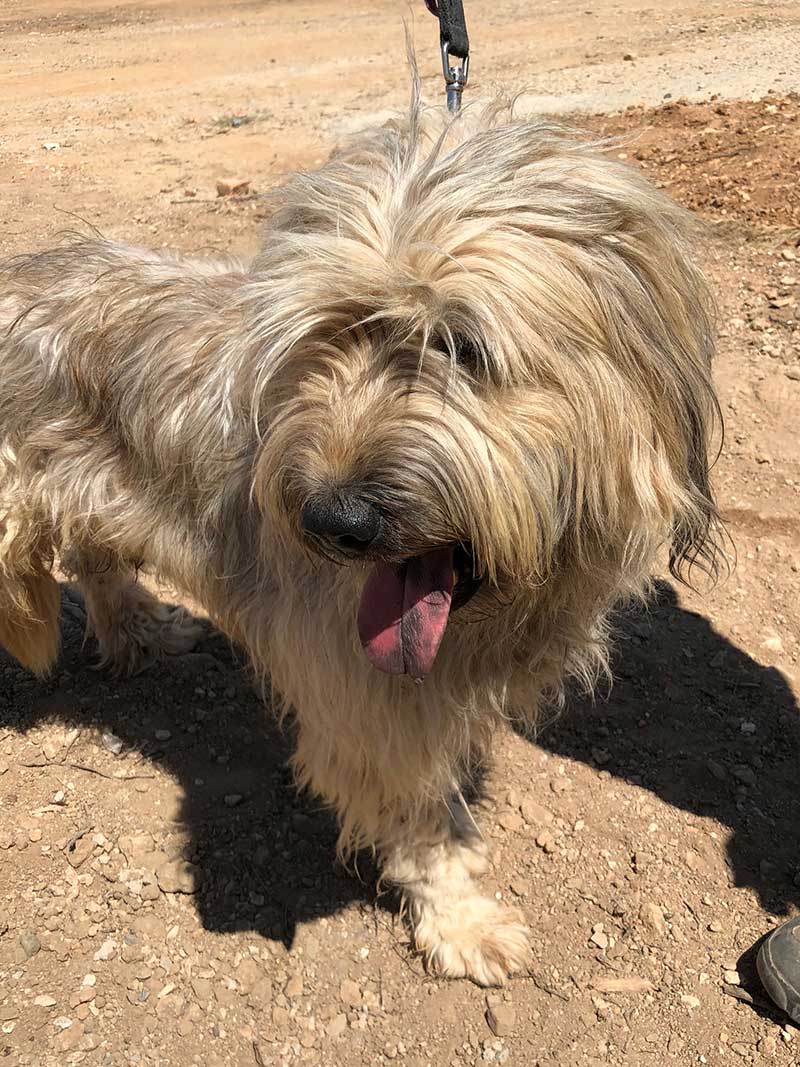 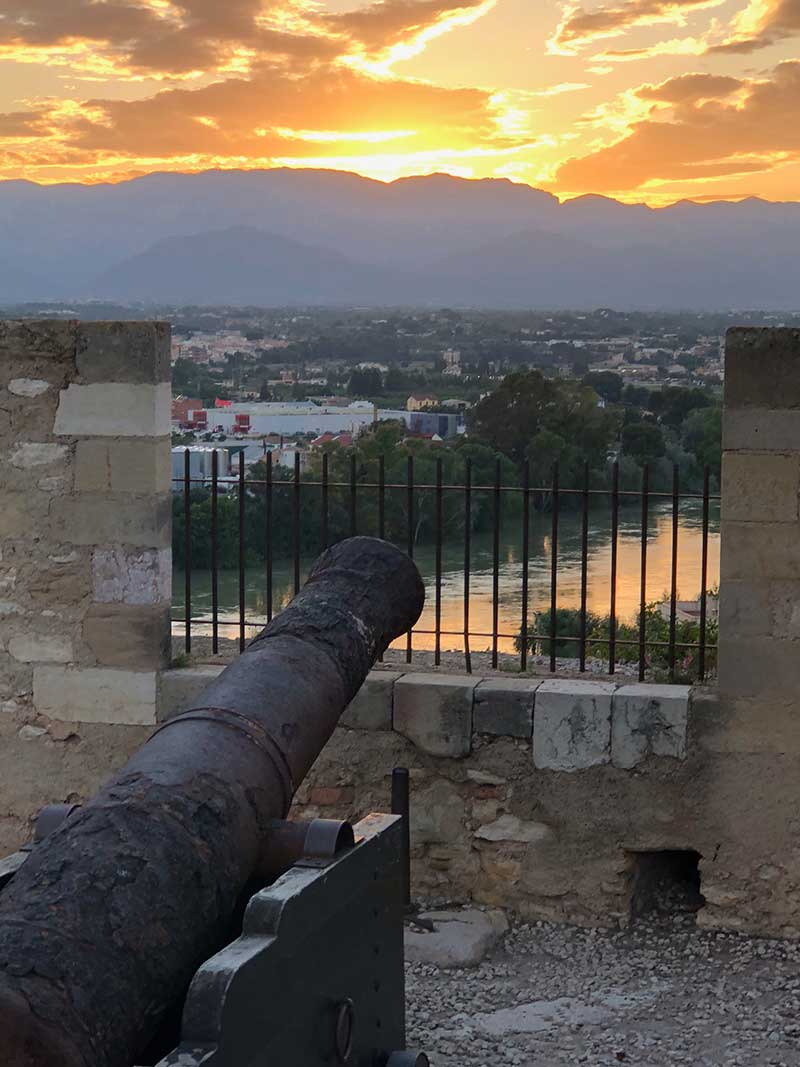 Sunset over the River Ebre in Tortosa

While couriers M and Paul drove up from Portugal, couriers J and Matthew started their collections with this delightful pair of cats from Vigo, who are travelling to the UK. 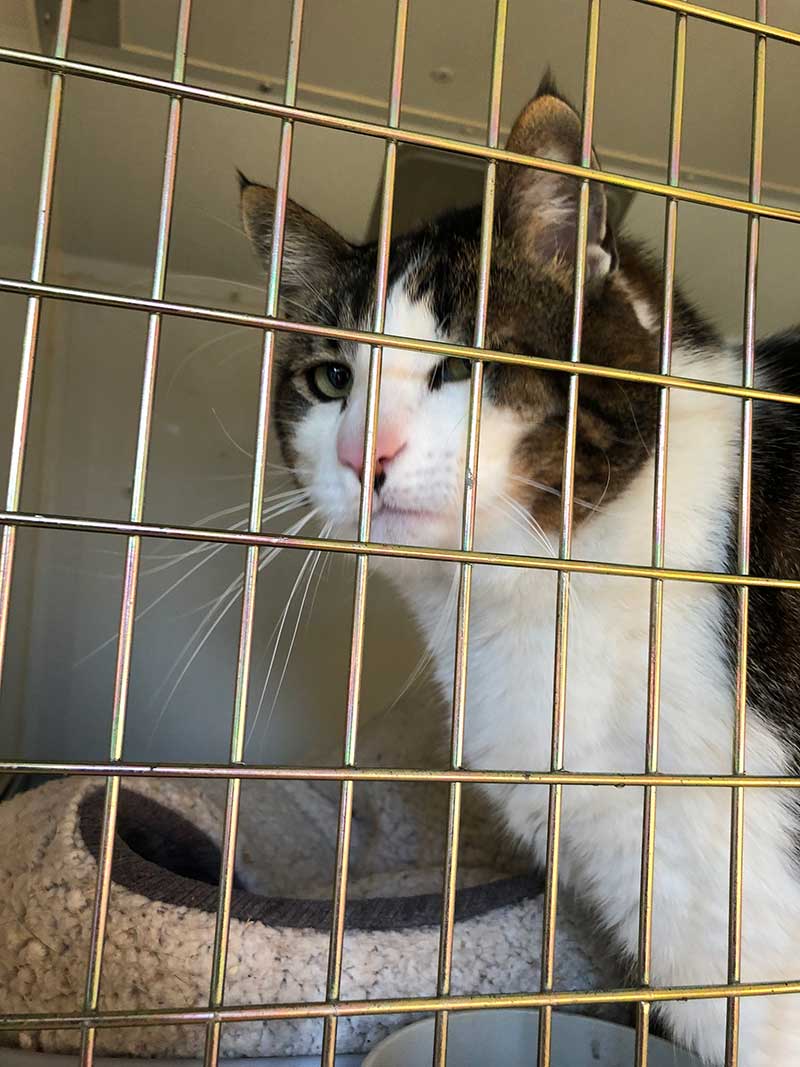 Caco is fairly boisterous and is always up for a chin scratch or an ear tickle. As you pass by, a paw pops out to catch your finger! 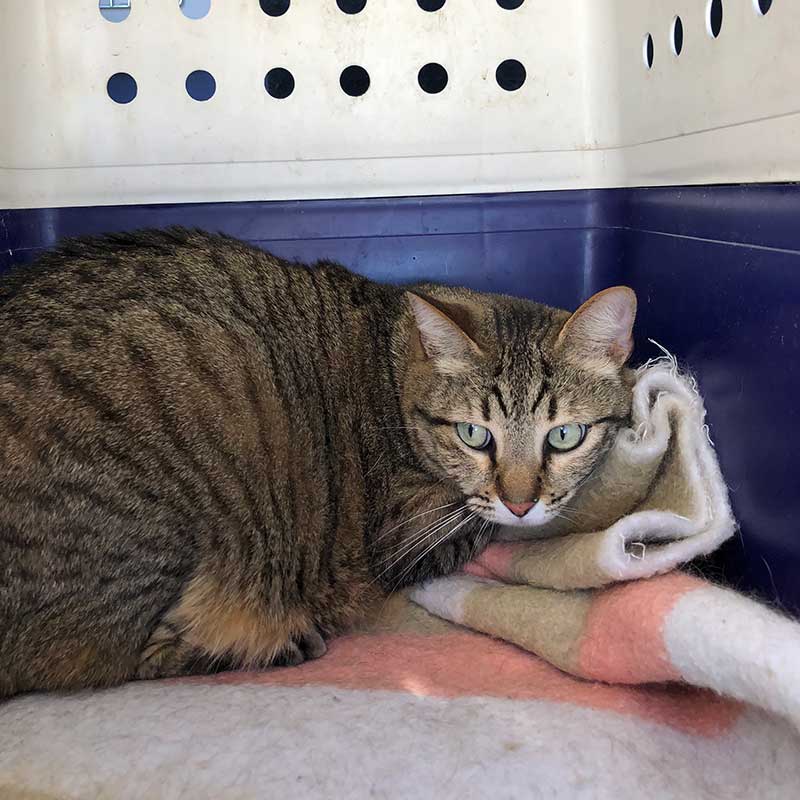 Striking tabby Cleo is a bit more timid. She likes attention, but doesn’t heckle for it like Caco does!

This band of seven dogs belong to Alison and Roy, who are relocating to Lincolnshire. They’ve spent a number of years in Portugal and, more recently, in Montoro, in the Cordoba region of Spain. Over time they’ve adopted these stray and abandoned dogs, all of whom are travelling to the UK with them. 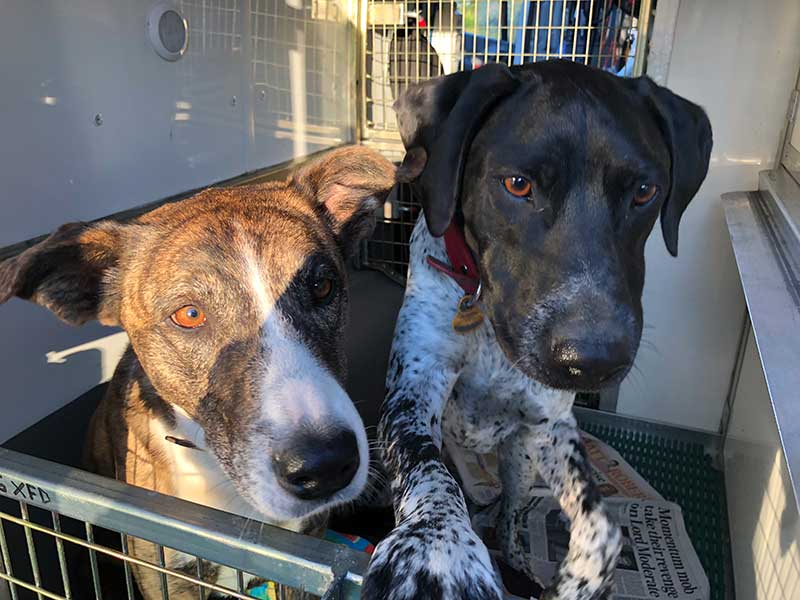 They found Lucie (L) alone in the campo; and Charlie (R) wandering near their home

Tisha, another stray found near their home — carefully kept her distance as she watched all the goings-on. After a short walk on a lead and a cuddle, she let courier Matthew pick her up and pop her into her bedroom. 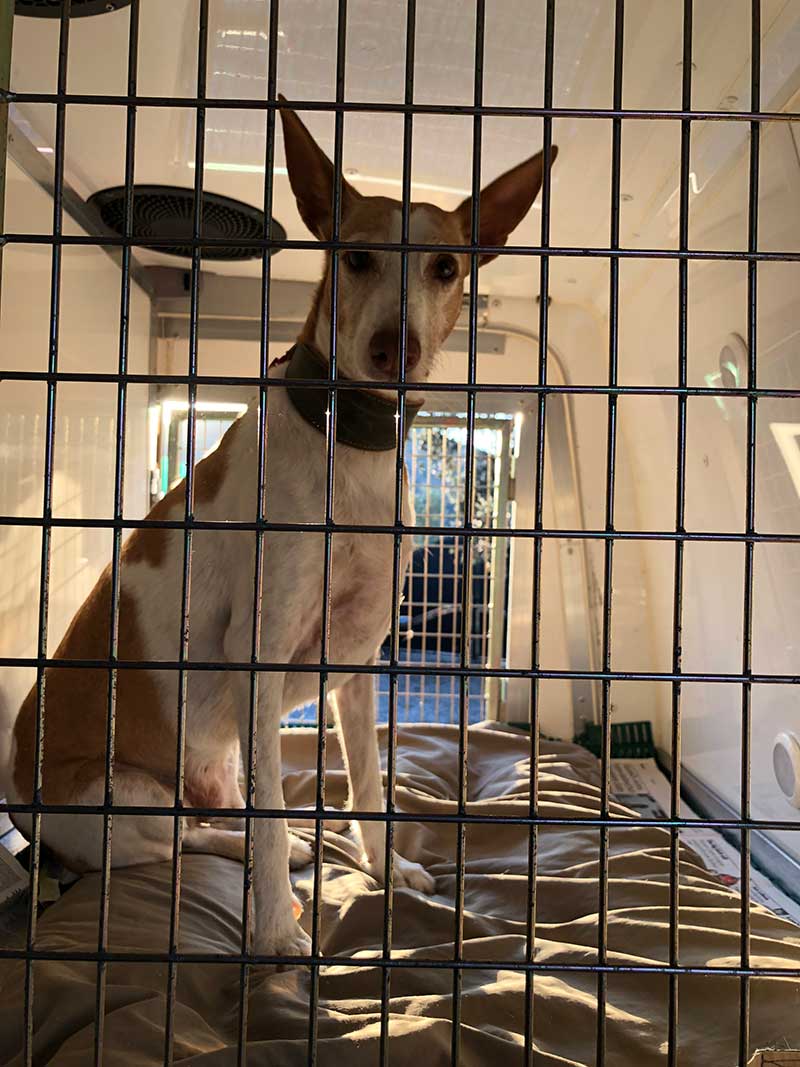 Here she is settled in. She has the best ears! She’s epileptic, so we have tablets to give her. She’s very shy but wonderfully affectionate. 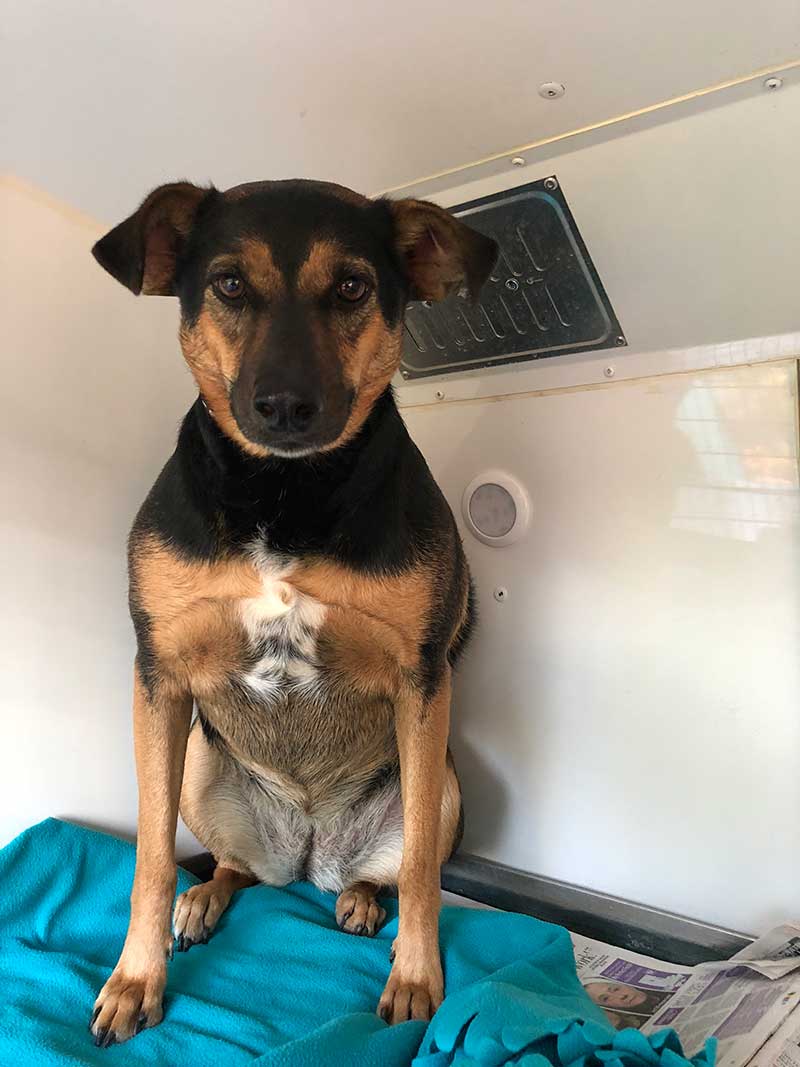 Roy noticed Popsie at a roundabout some 4kms from home, and went there every day to feed her. About a week later, Alison found Popsie sitting outside their house. So she joined the family. 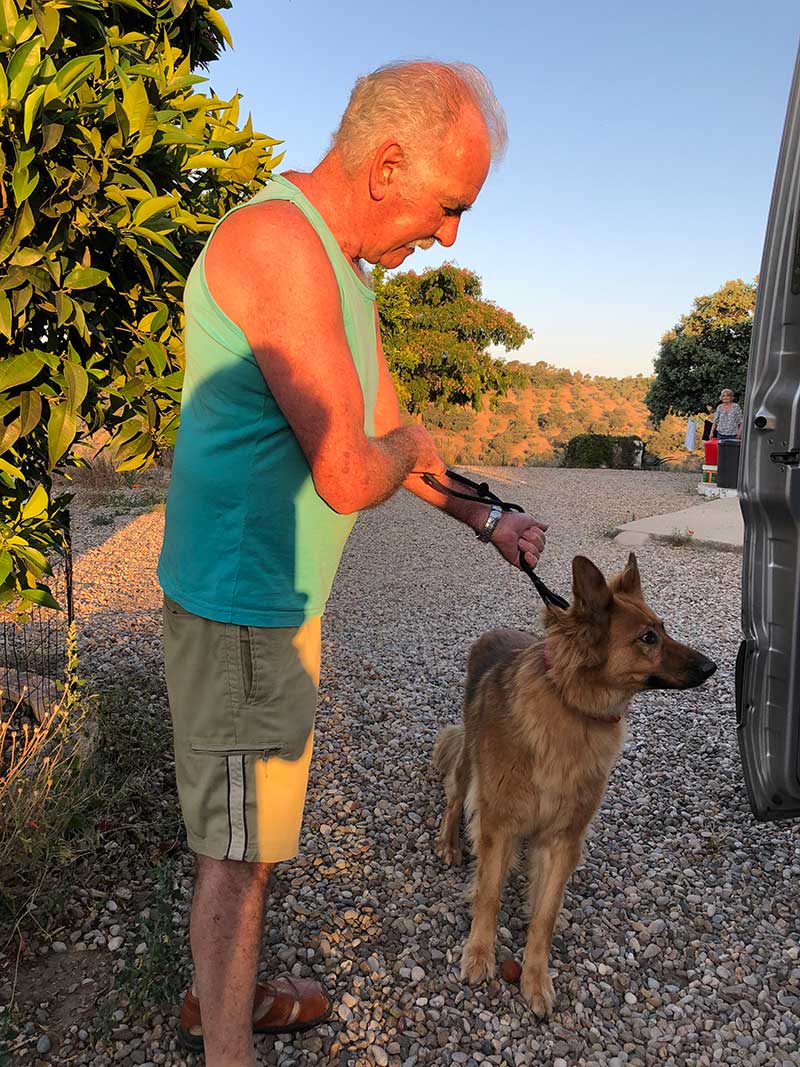 Lola took a bit of persuading (biscuits, mainly) to get into our van 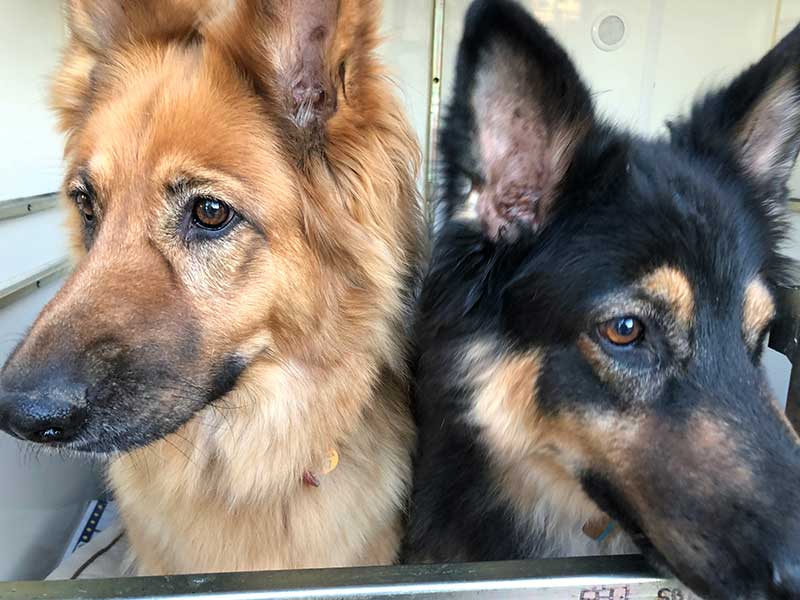 Here she is, happy to share a bedroom with Layla. Roy and Alison took these pretty German Shepherds in as puppies. 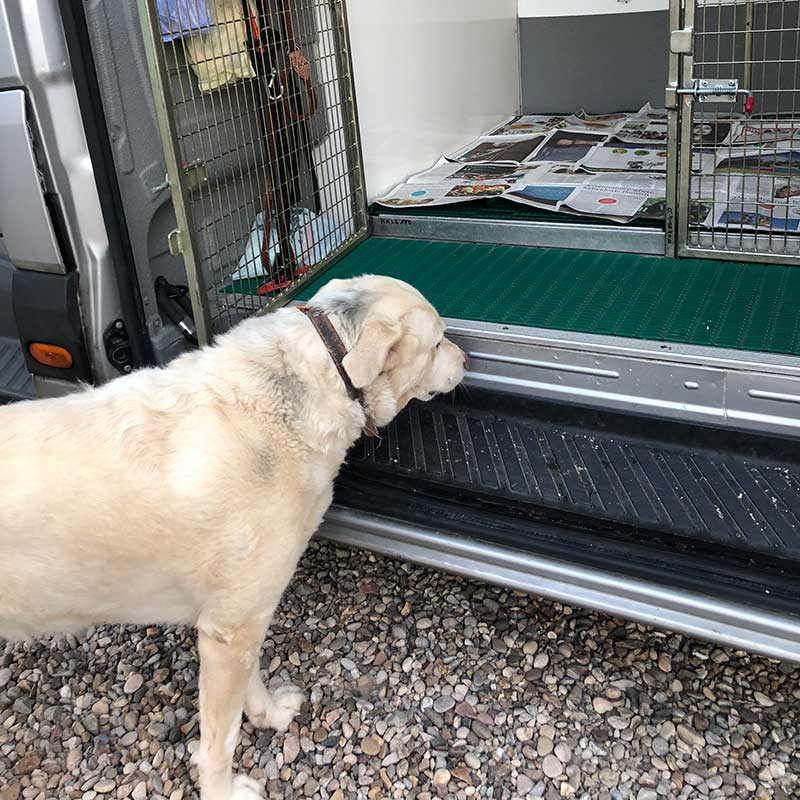 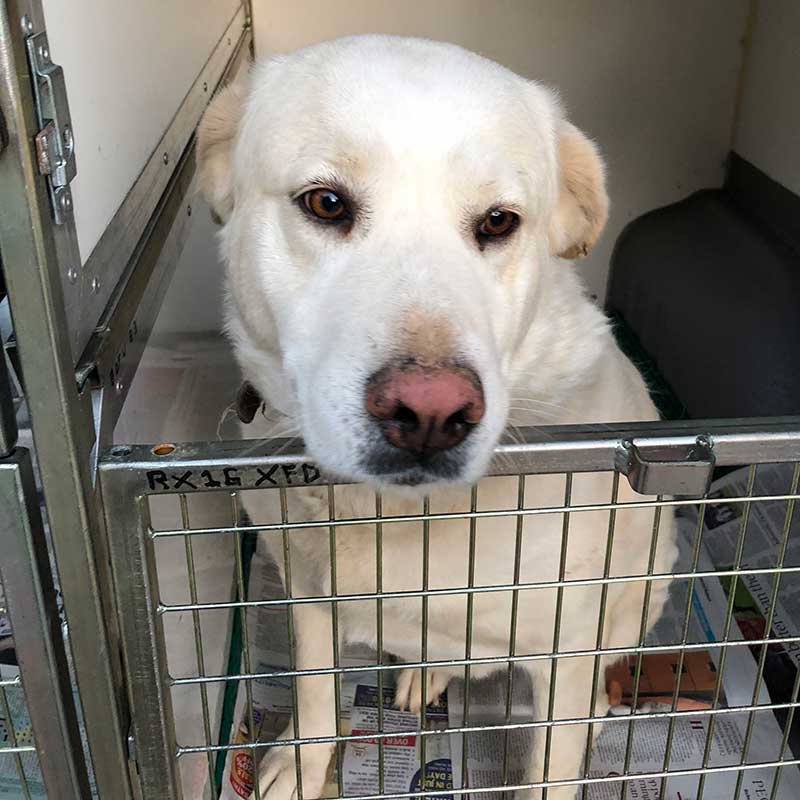 Holly settled in and getting ready for the off 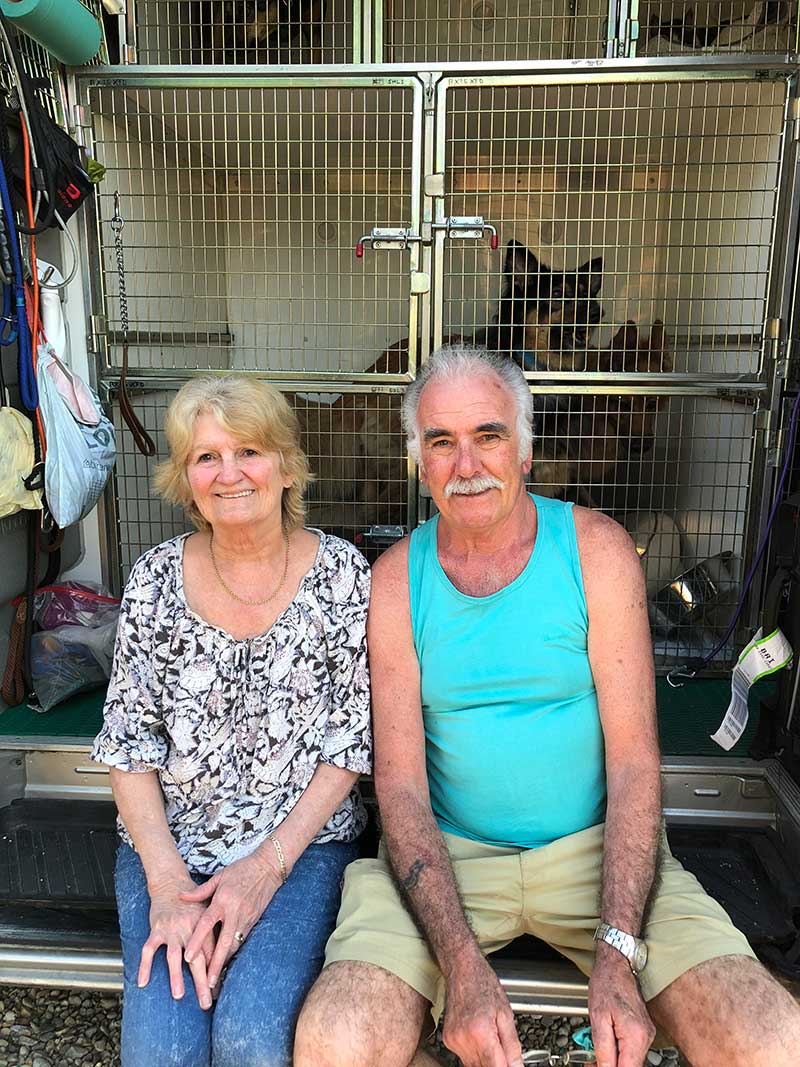 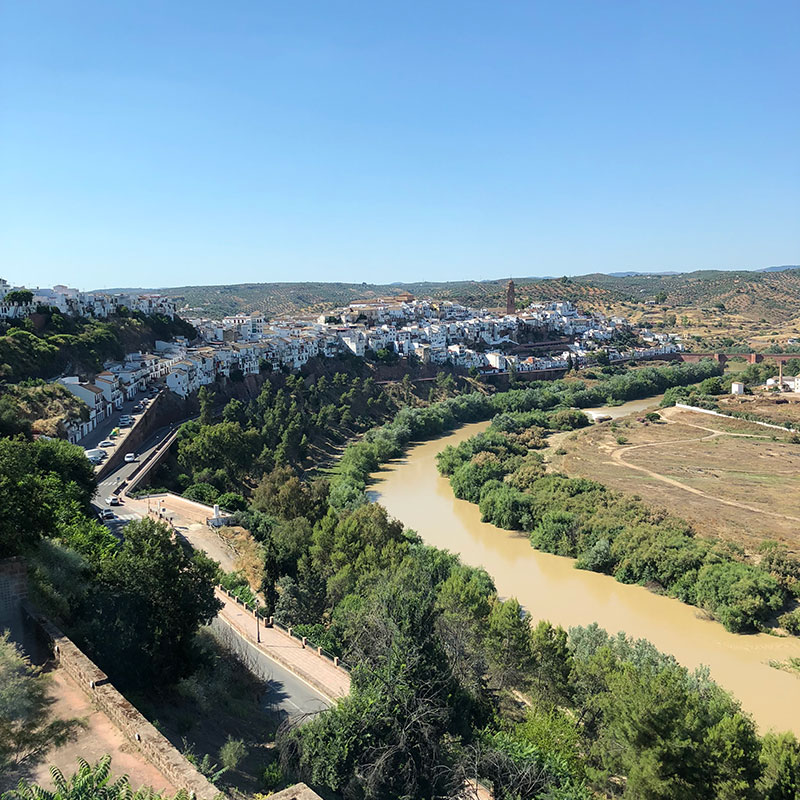 Visiting beautiful places like Montoro is one of the perks of the job. This was the view from our hotel, as we sat with a drink, planning our journey back to the UK. 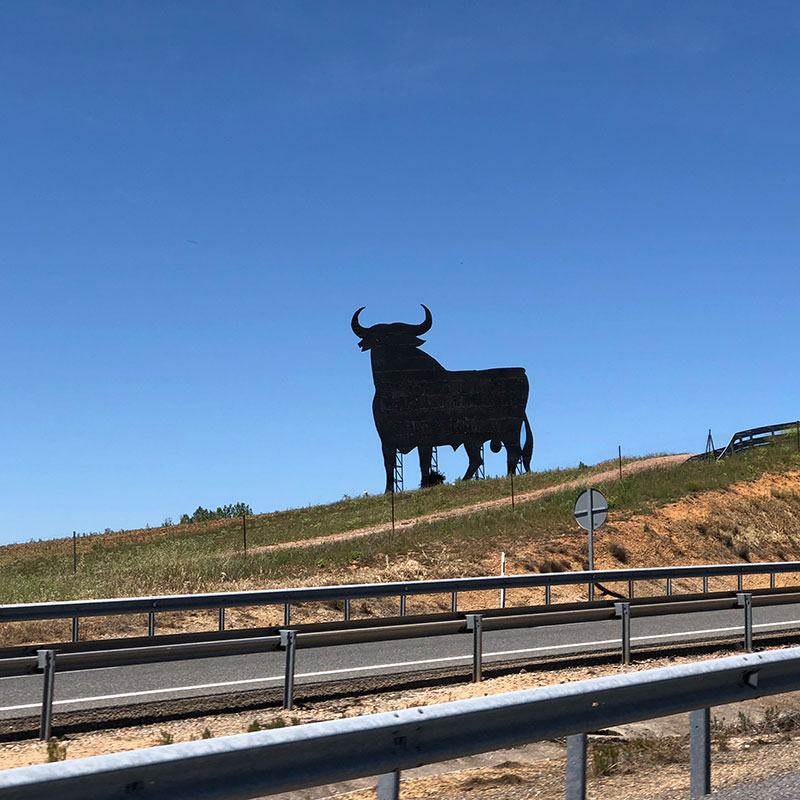 A typical symbol of Spain, stunning against the bluest of blue skies

Meet up in Toulouse

Driving up from Spain, our two vans converged in the French city of Toulouse. So all four of us were able to share the walking of our 15 doggie passengers. 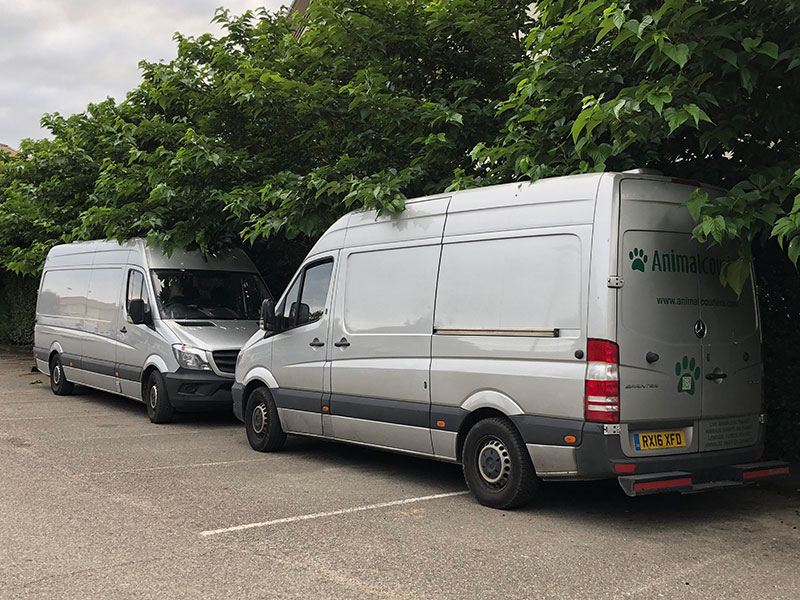 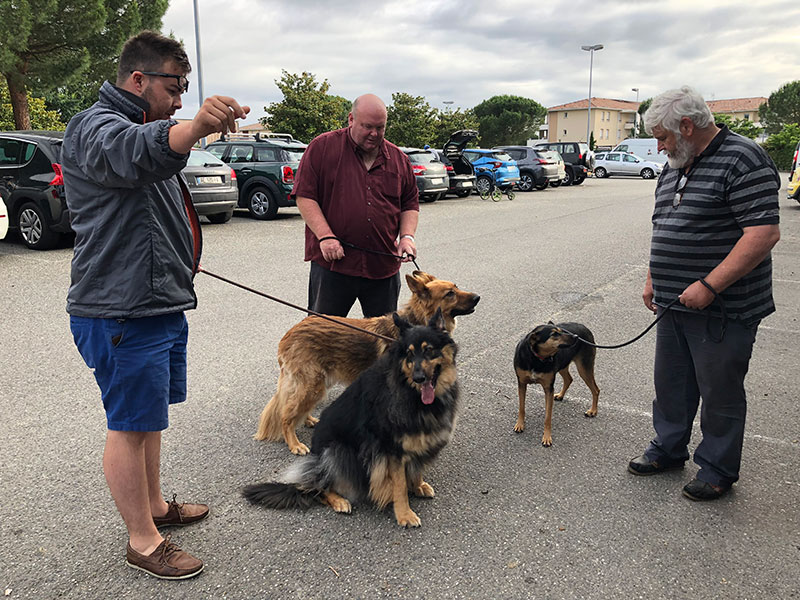 Couriers Matthew, Paul and M with three of our canine charges