Returning from Scandinavia with two dogs and four cats

Courier Richard recently made his way back from Scandinavia with two dogs and four cats on board, all heading for the UK.

Julius, a pedigree Abyssinian and show star was the first passenger to join our trip. We met up with him at Stockholm airport and took him to Val and Alan (Syrinx Abyssinians) in Altrincham, near Manchester. Val and Alan wrote to say:

“Thank you for your professionalism and friendly phone calls in the recent transfer of Julius from Sweden to us in Altrincham. We were particularly impressed by the contact we had from you on the journey, including encouraging messages and photos.

Importing a cat is obviously a complicated and expensive thing to do but you made it as easy as possible from start to finish. Julius has settled in well with us and appears to have suffered no stress at all. He is absolutely the friendliest cat in the world!!

Please pass on our thanks to all the team — we would certainly recommend Animalcouriers to anyone hoping to bring a cat over from Europe.” 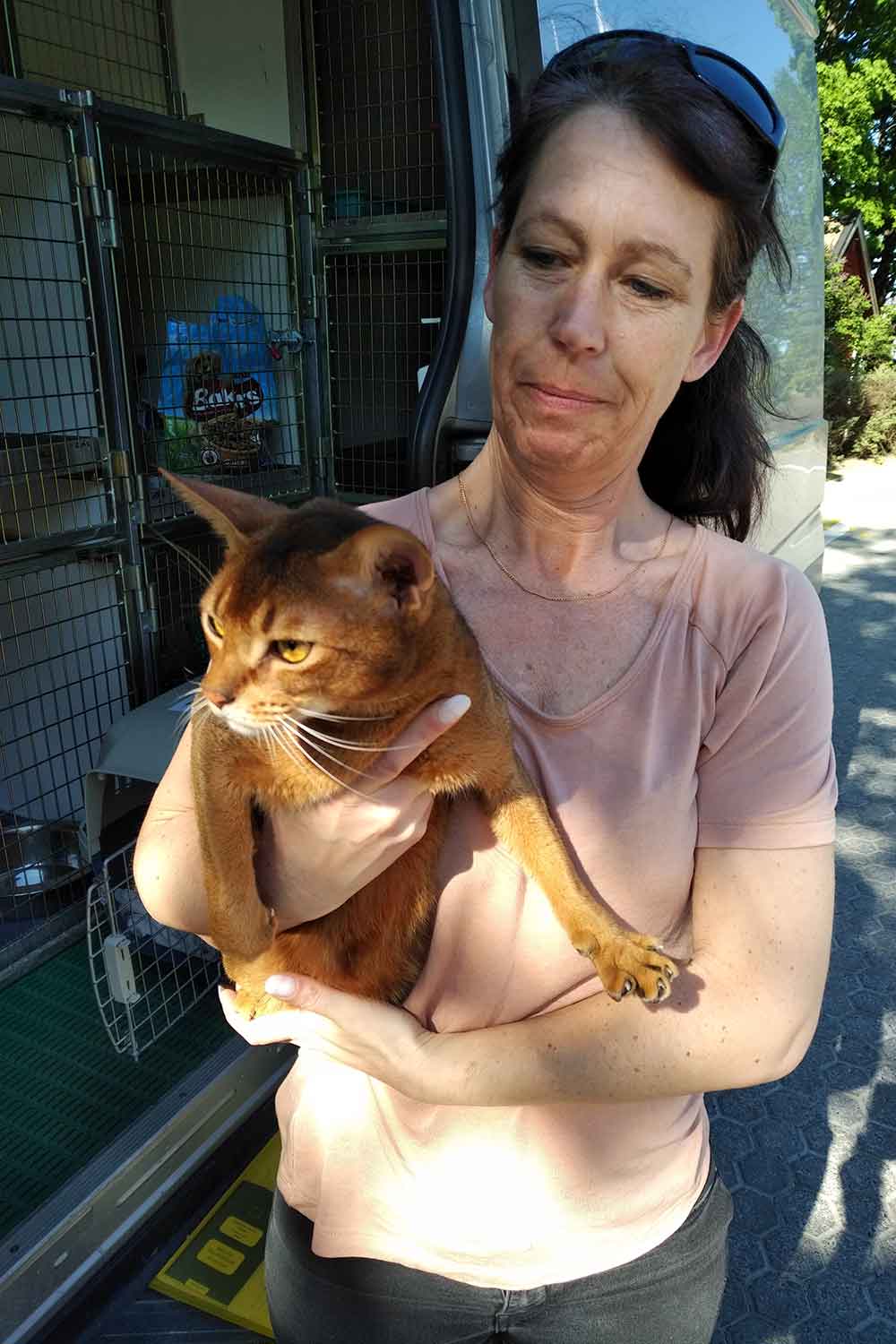 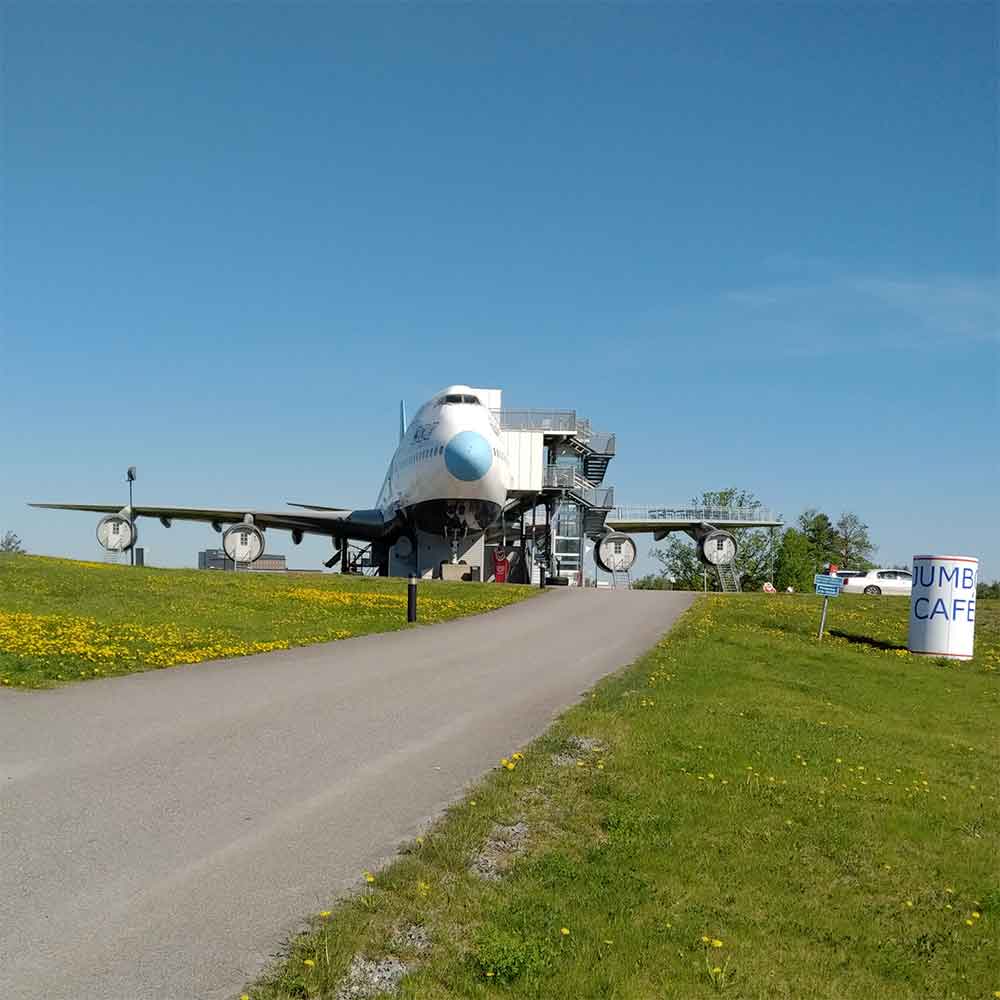 Spotted at the airport — the plane that became a café 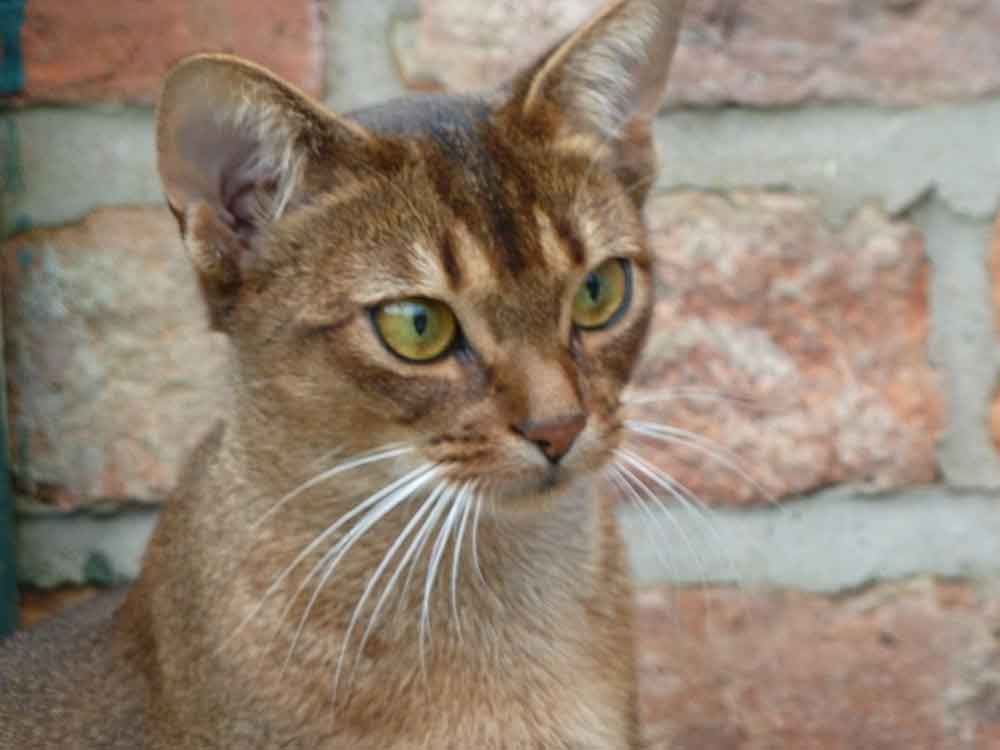 Julius has a bride awaiting in Manchester. This pretty girl’s official name is Queen of the Night, but Val and Alan call her Sprig — as she’s a sprig from their cat Holly.

Poppy is a Sprocker — a cross between a Springer and a Cocker Spaniel. When owner Linda adopted Poppy from the breed rehoming service, she was said to behave somewhat aggressively. Well, nothing could be further from the truth! Linda has nurtured Poppy into the most fabulous, friendly personality who just loves everyone she meets. 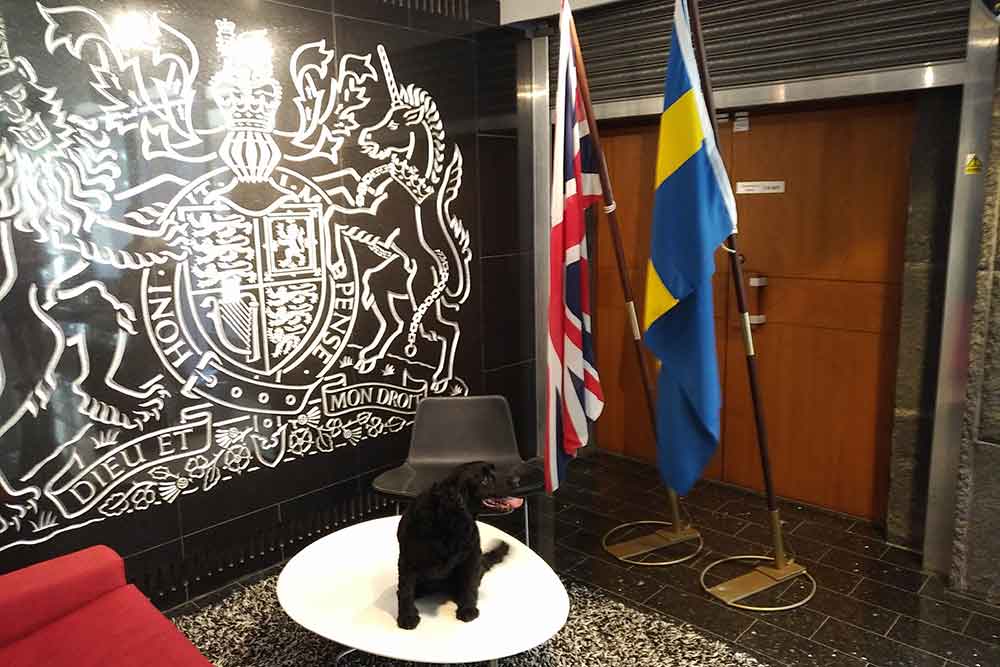 We collected Poppy from the British Embassy in Stockholm, where quite a few staff were on hand to give her a proper send-off. Needless to say, Poppy adored all the attention! 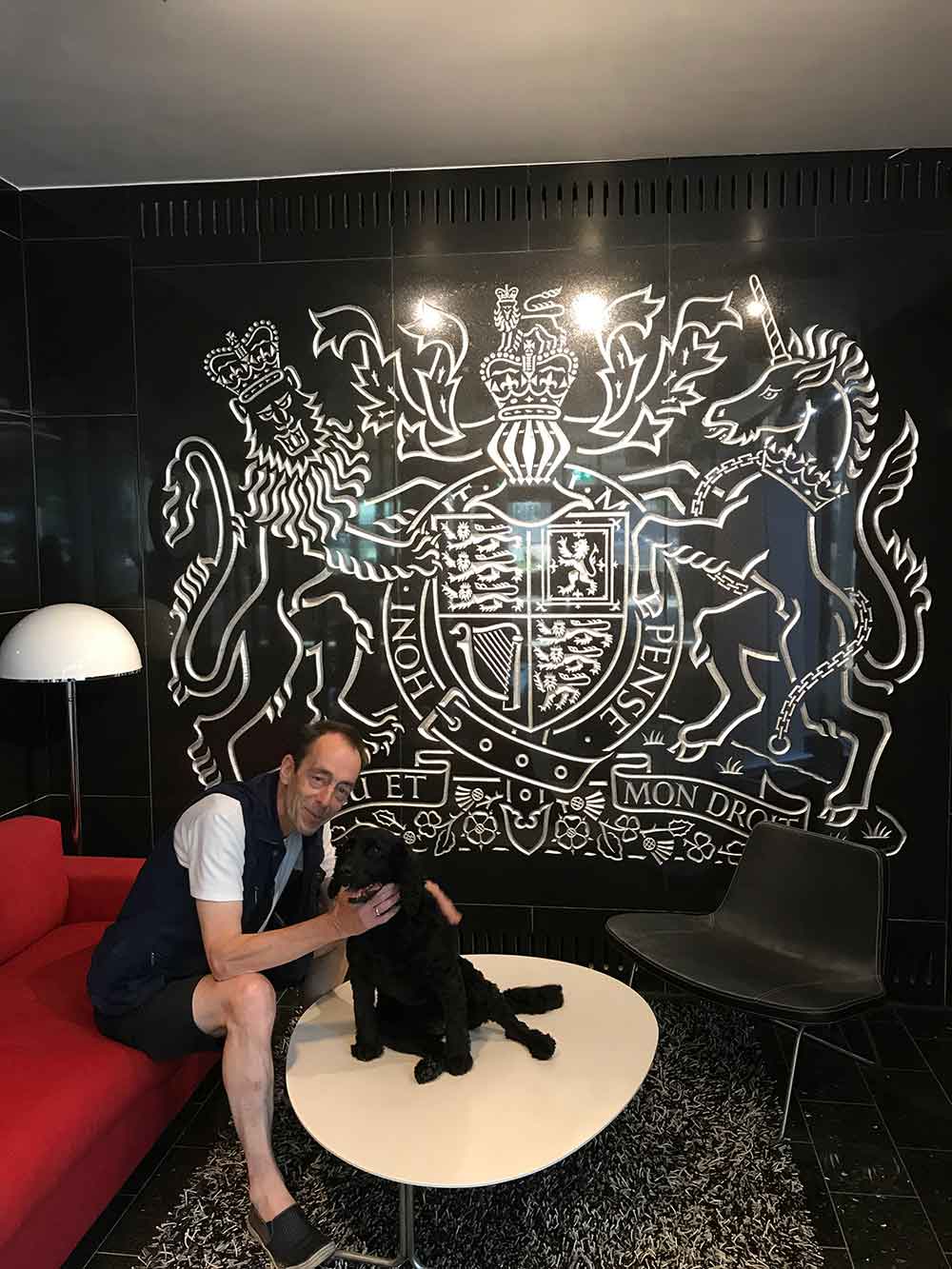 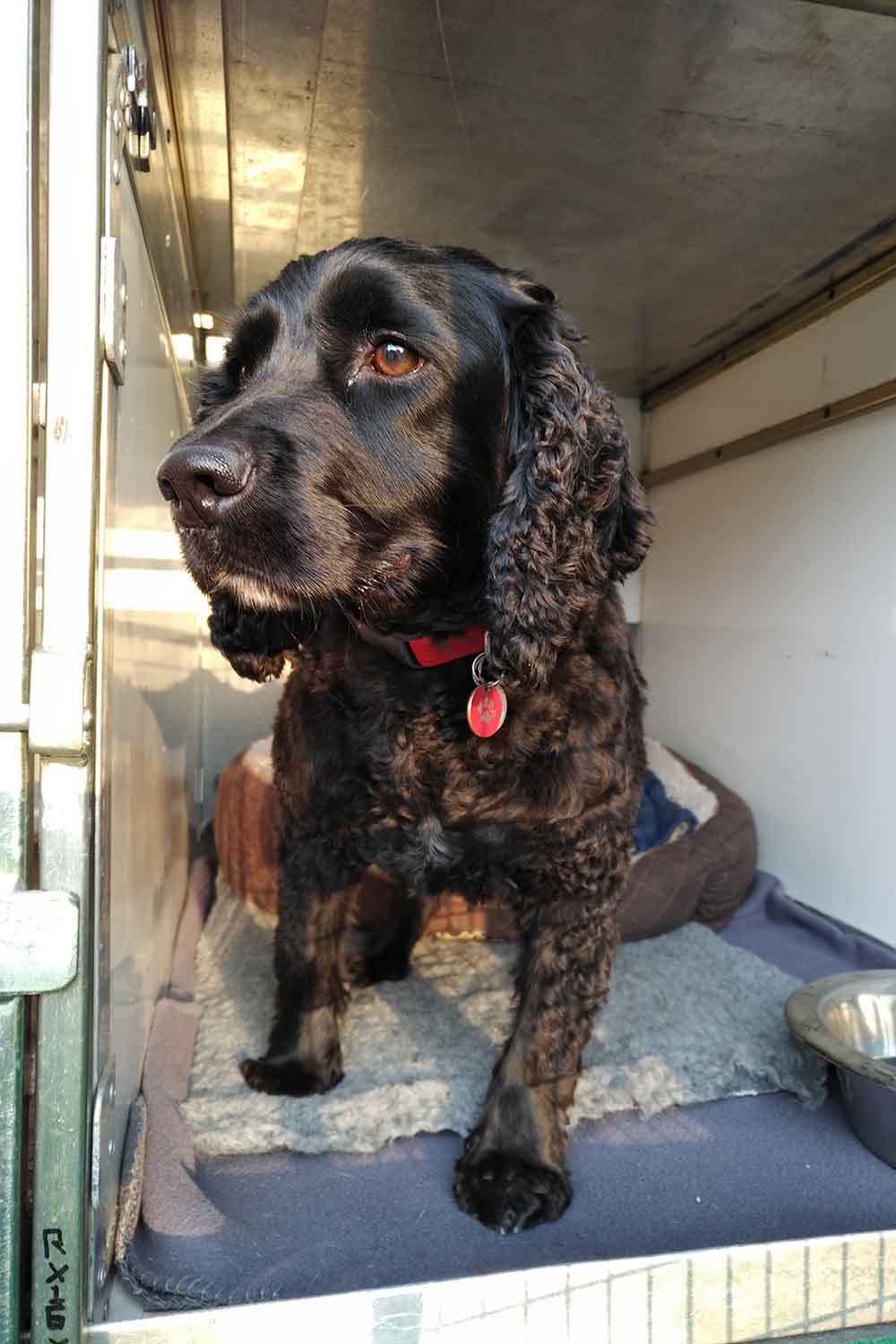 A closer look at the darling girl herself. She’s responsive to all manner of commands, including ‘tinkle!’

Still in Sweden, we collected cats Misa and Tanya from Ray in Göteborg. They’re on their way with us to Bournemouth. 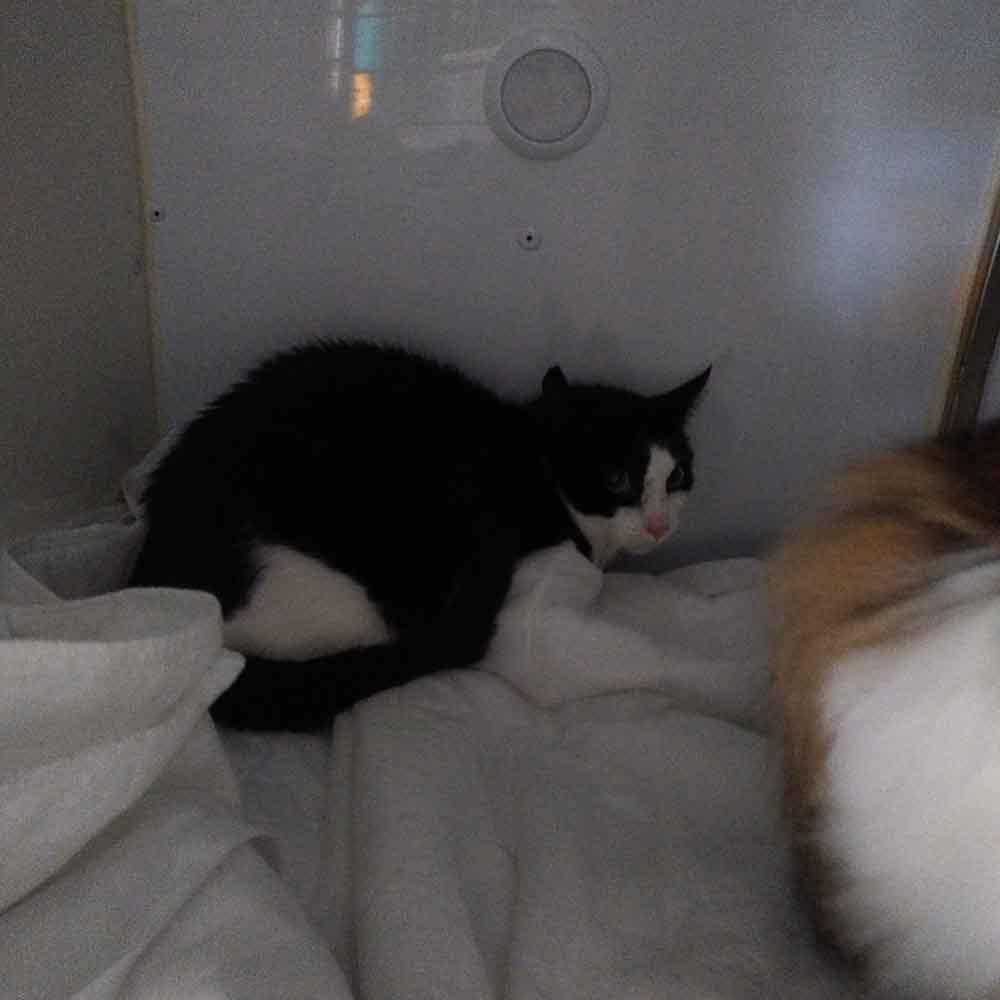 Tanya is rather shy and not keen on being picked up 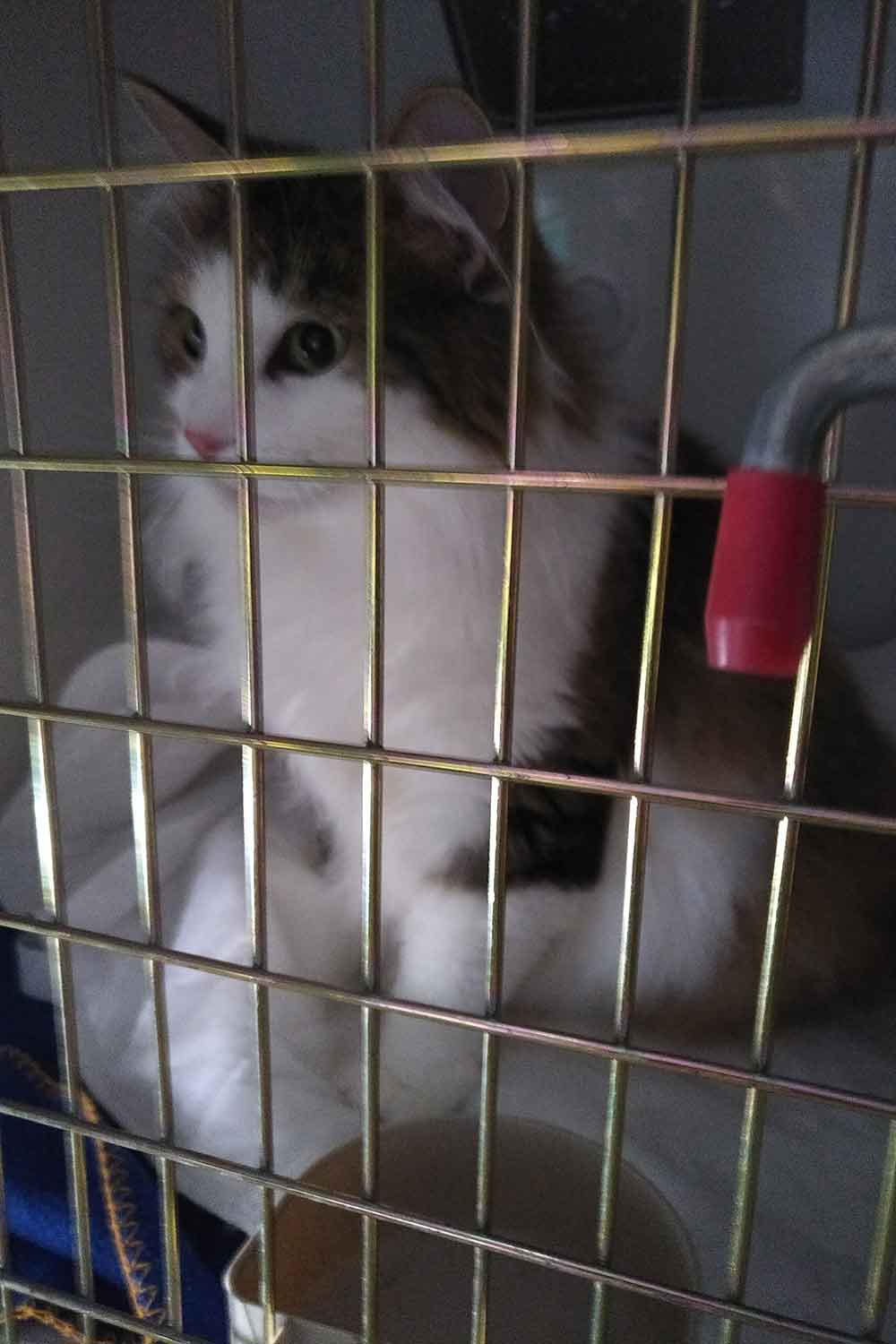 Handsome ginger tabby Enrique, who belongs to Chris and Maria, also joined us in Göteborg. He’s travelling with us to south London. 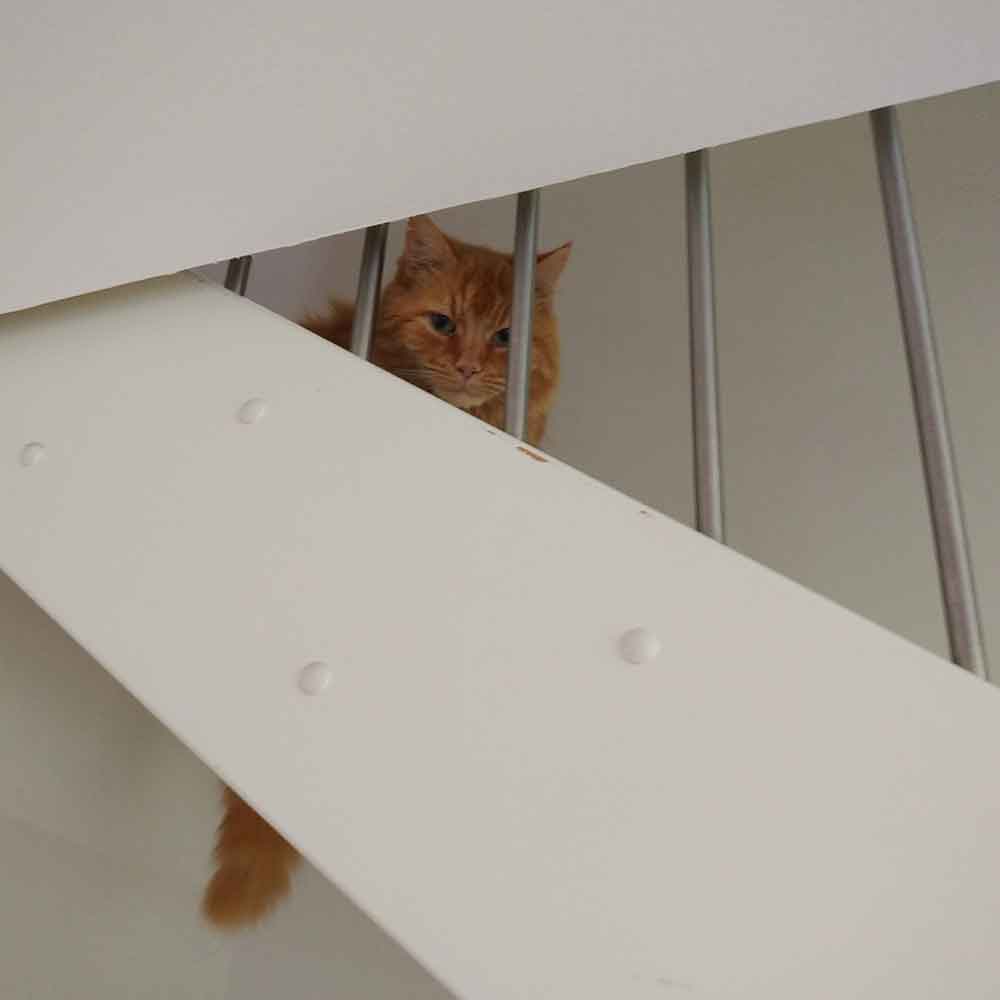 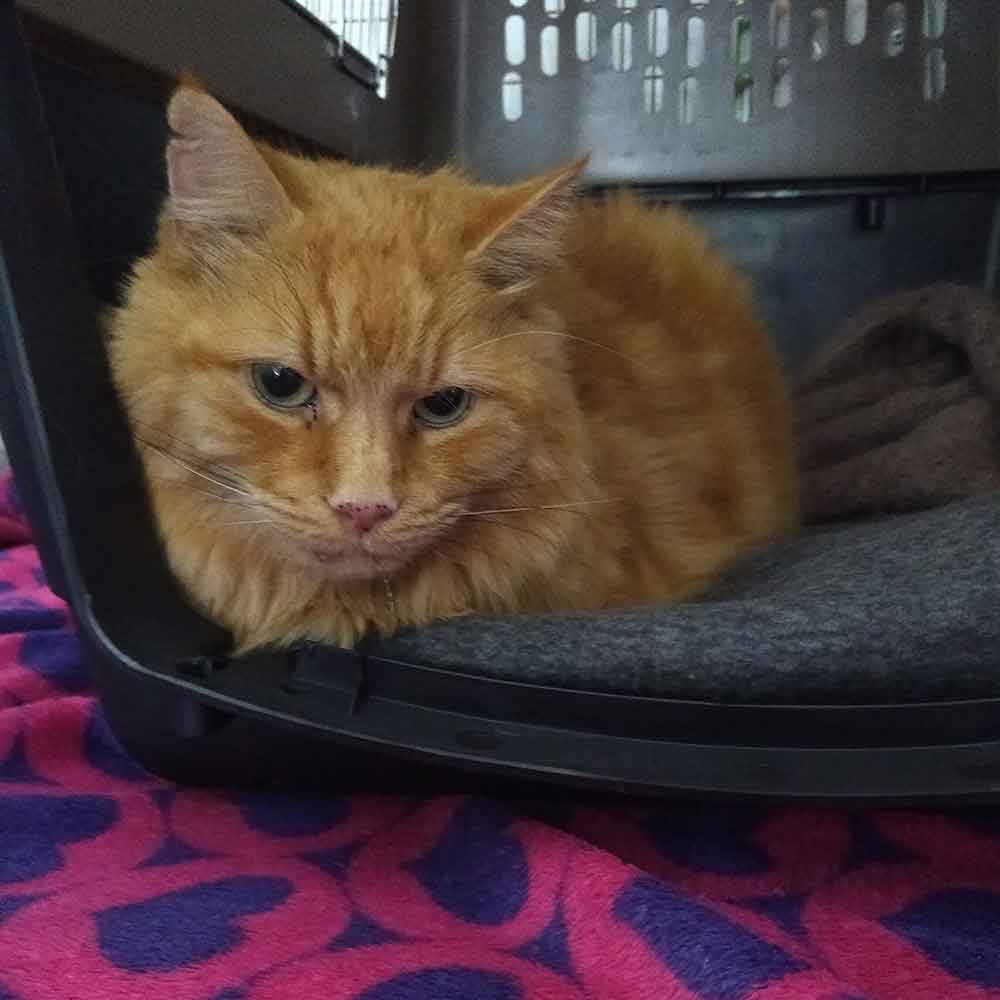 Once on board, this splendid fellow soon settled in

We stopped off in Frederiksberg in Denmark to pick up gorgeous Cockerpoo Harvey, who’s relocating with owner Joe to Preston. 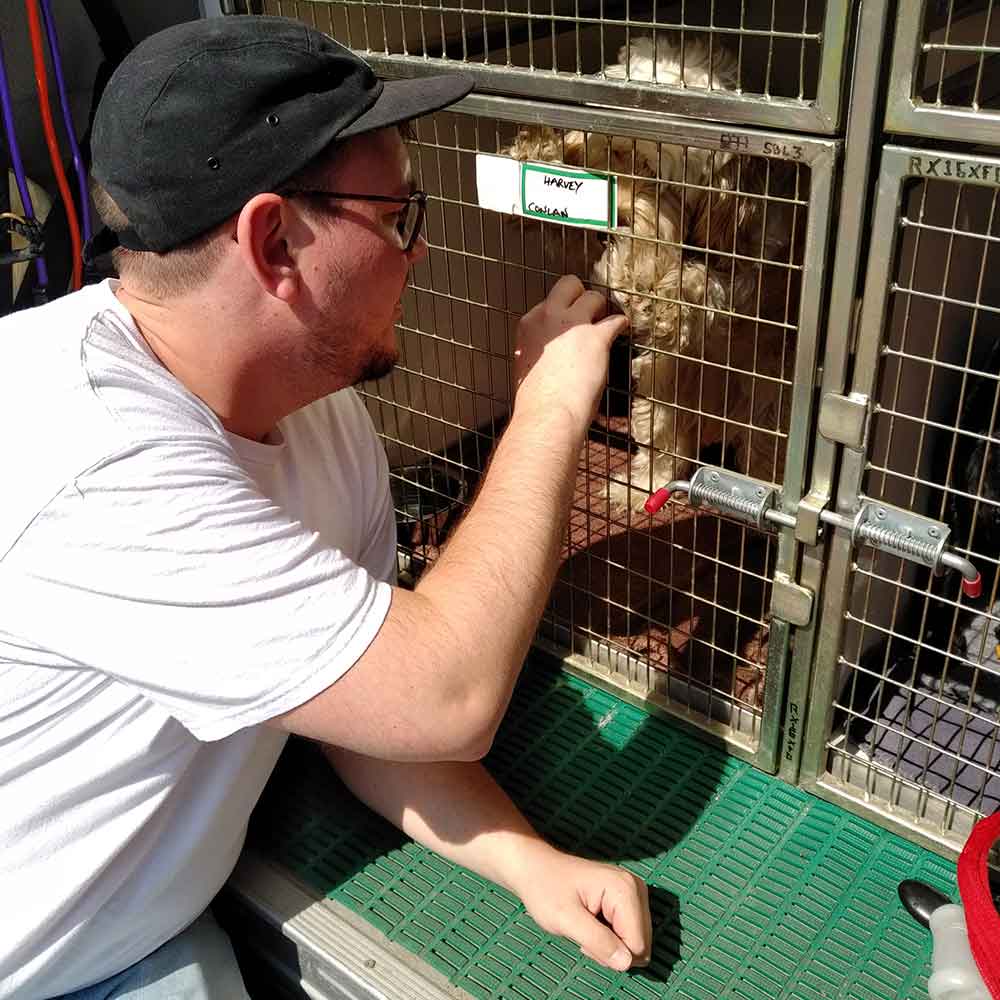 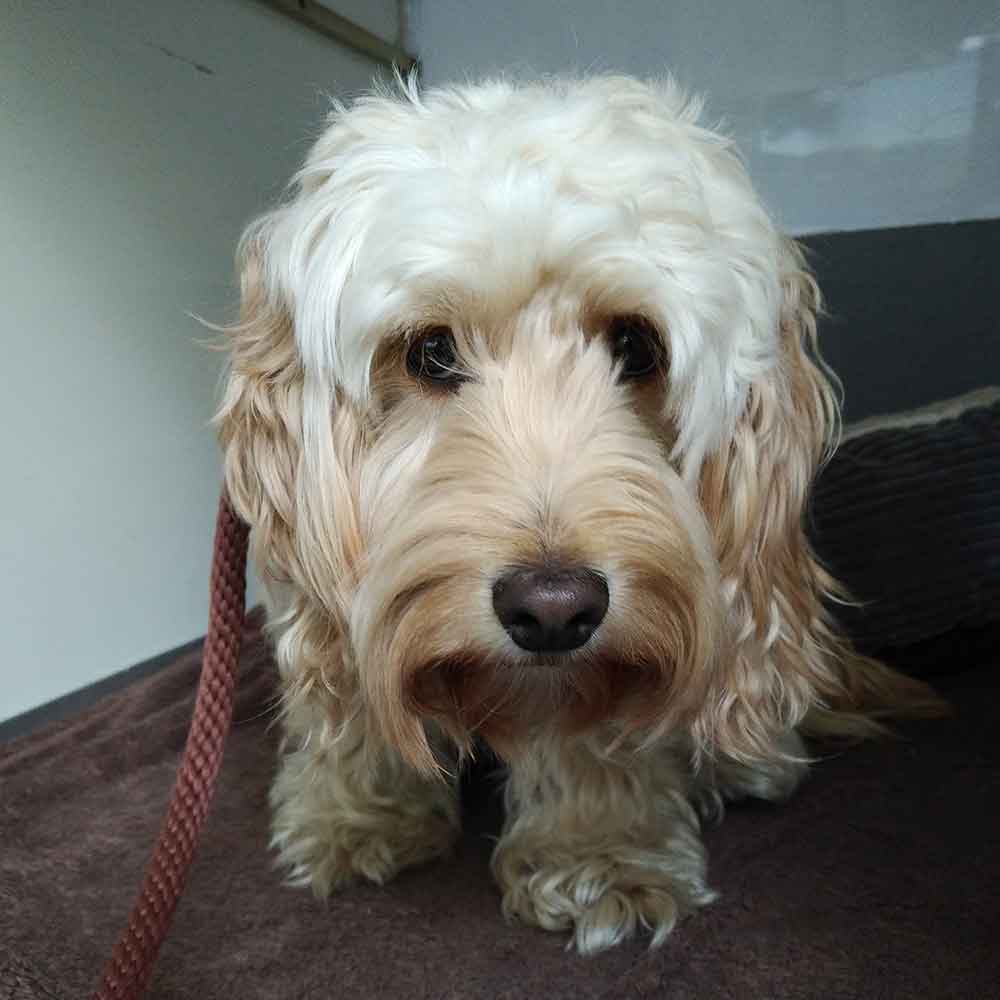 A face that could melt the hardest of hearts! 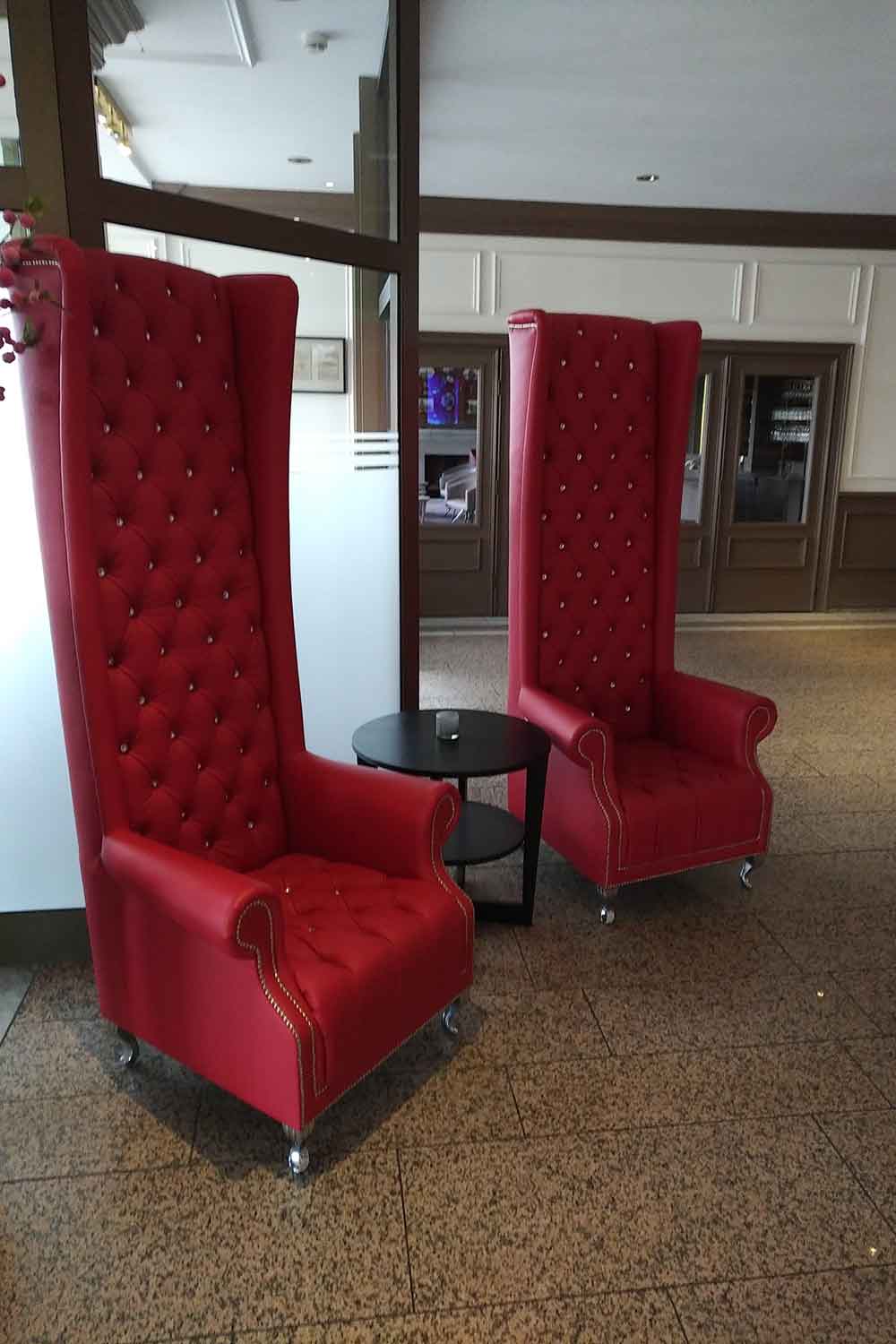 Overnighting in Hamburg — time for a sit down