Six dogs travelling by air from Greece to the UK

Couriers J and M accompanied six dogs travelling by air from Greece to the UK via Paris. All young — aged between six months and a year — the dogs’ journeys to their UK homes were sponsored by various animal welfare charities.

Checking in at Athens airport

We met our six canine passengers at Athens airport, ready to board their flights to Paris Charles de Gaulle airport in France. The last leg of their journey to the UK was by road.

Meg, Tawni and Luna are Pointer pups sponsored by Pointer Rescue Service in the UK. Their new homes are in Norwich, the Midlands and Gwent.

Puppies Ben and Lucas were sponsored by the Wild at Heart Foundation. They travelled to new homes in Saffron Walden and west London.

With help from our dependable friend Akis, who runs a pet taxi service in Athens, we went through the familiar check-in process. 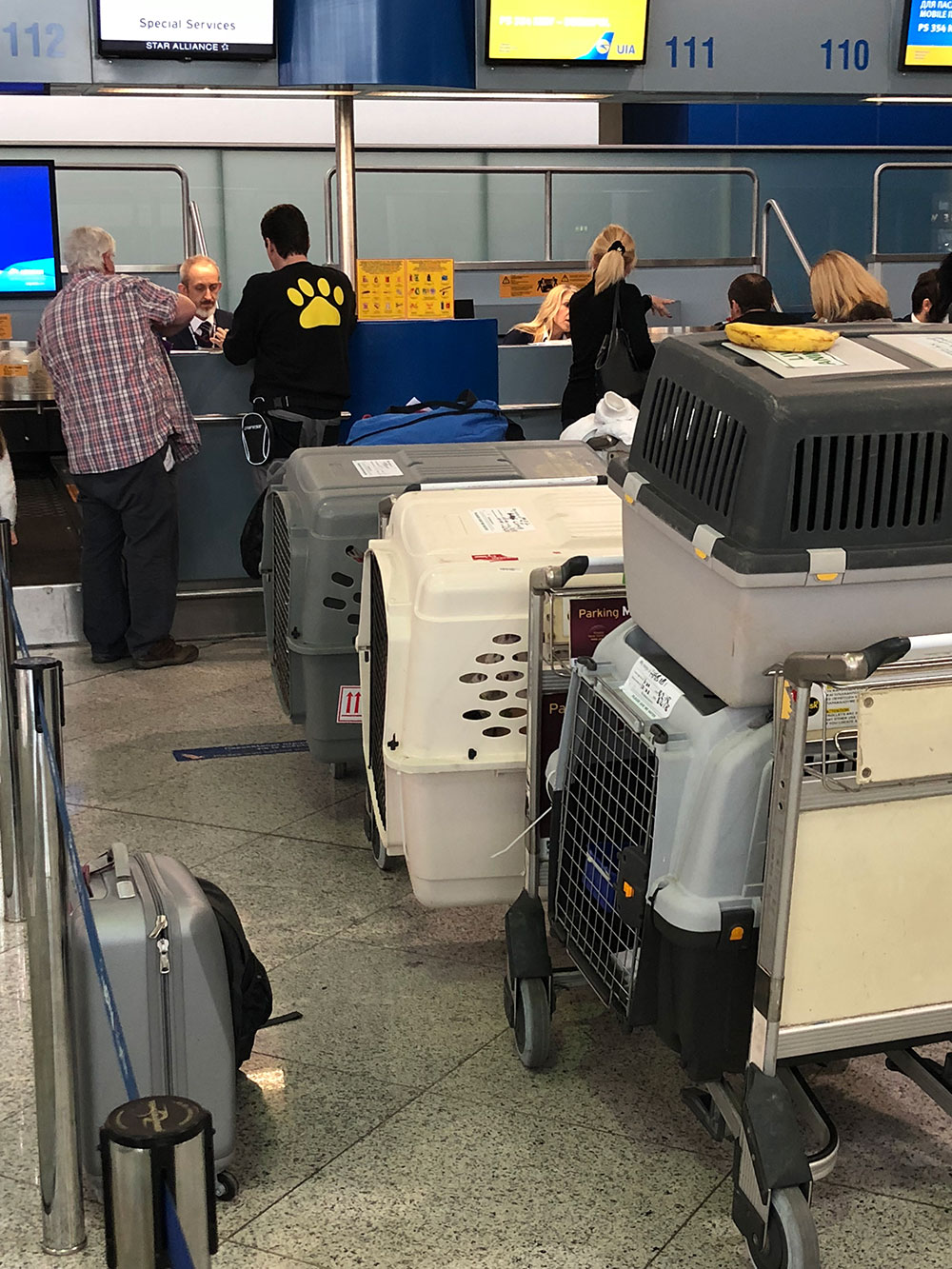 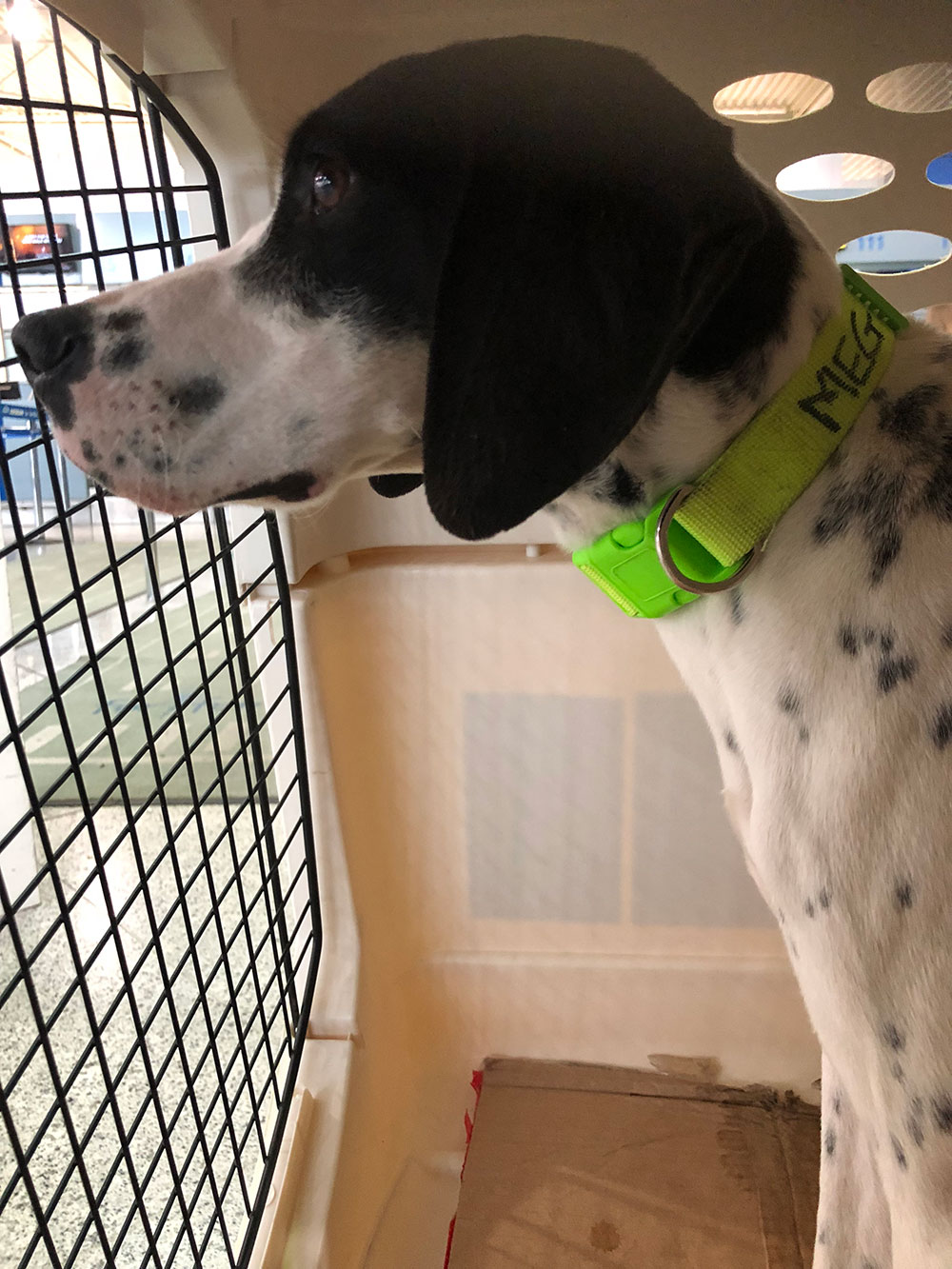 Meg was very quiet during the trip, but came out of her shell when she spent the night at courier J’s and made friends with housedogs Pugsley and Bonnie 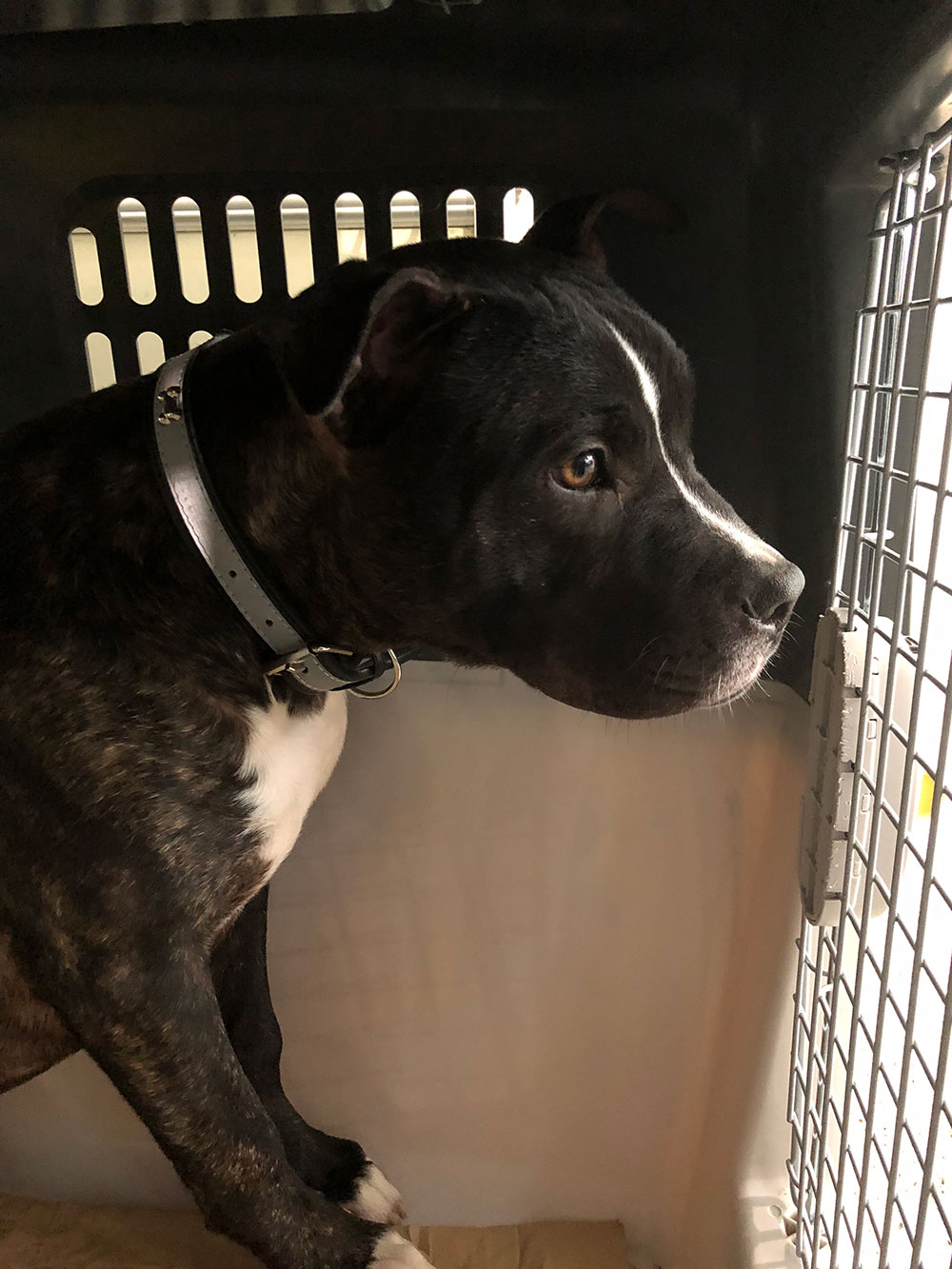 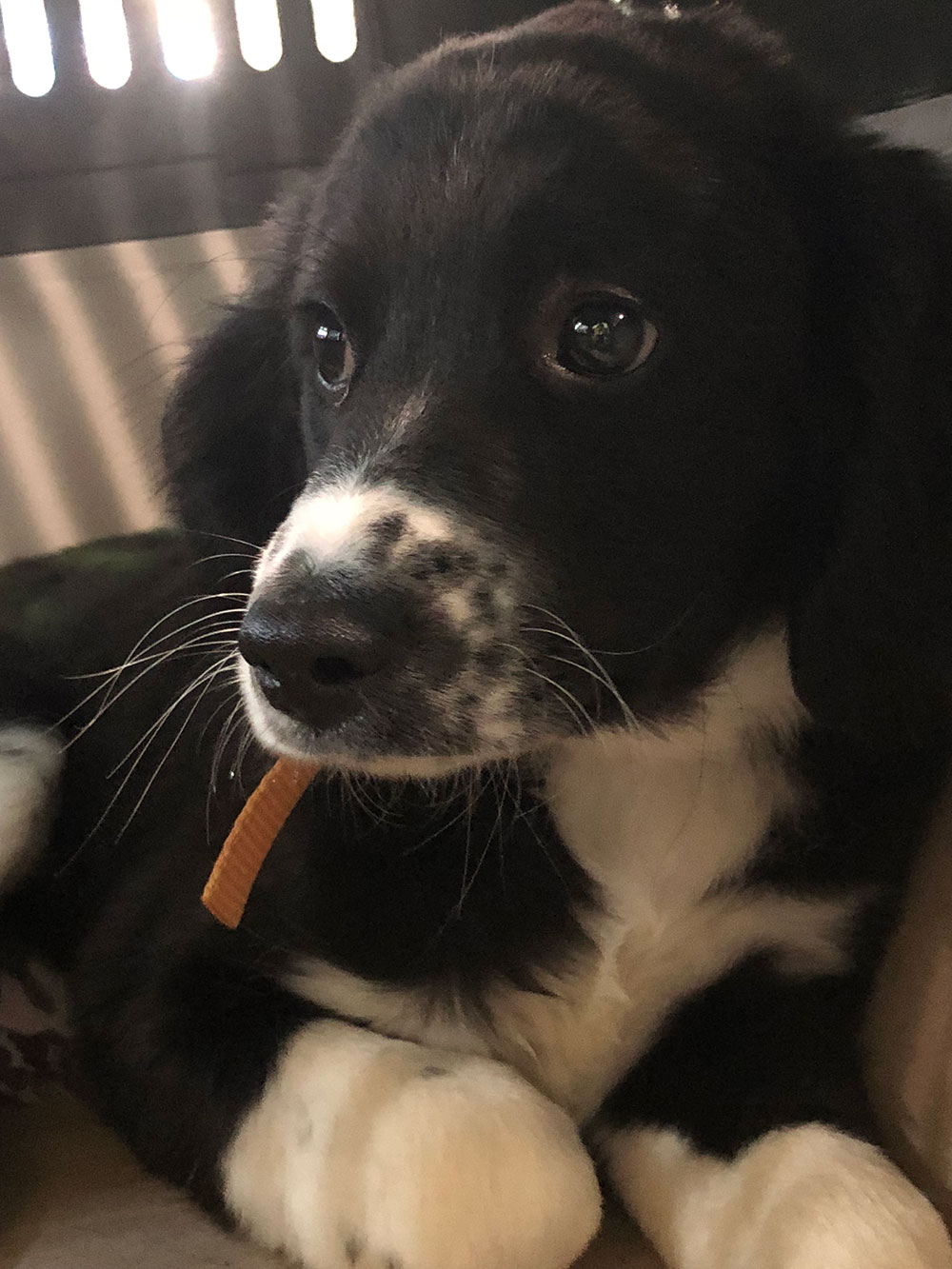 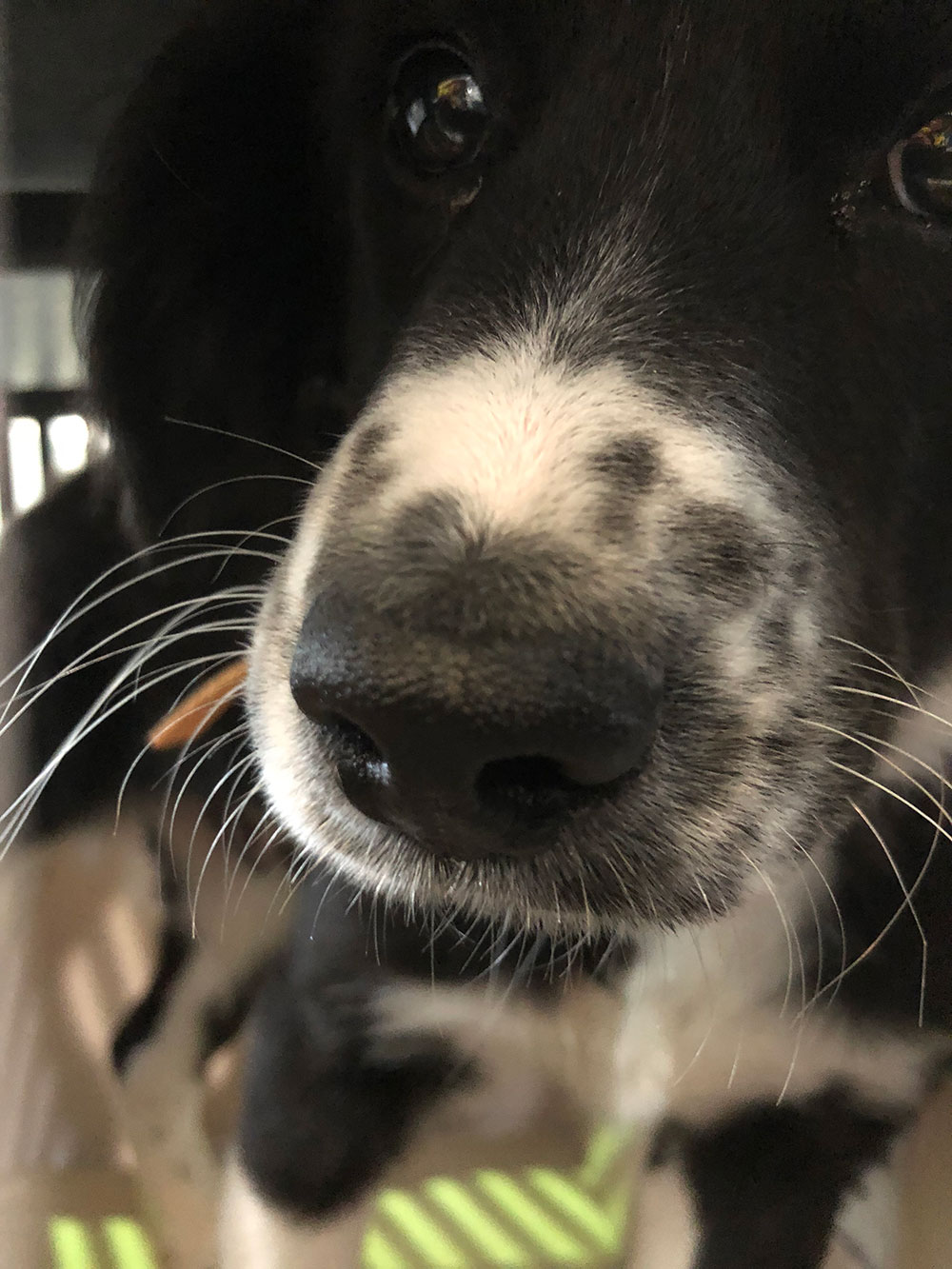 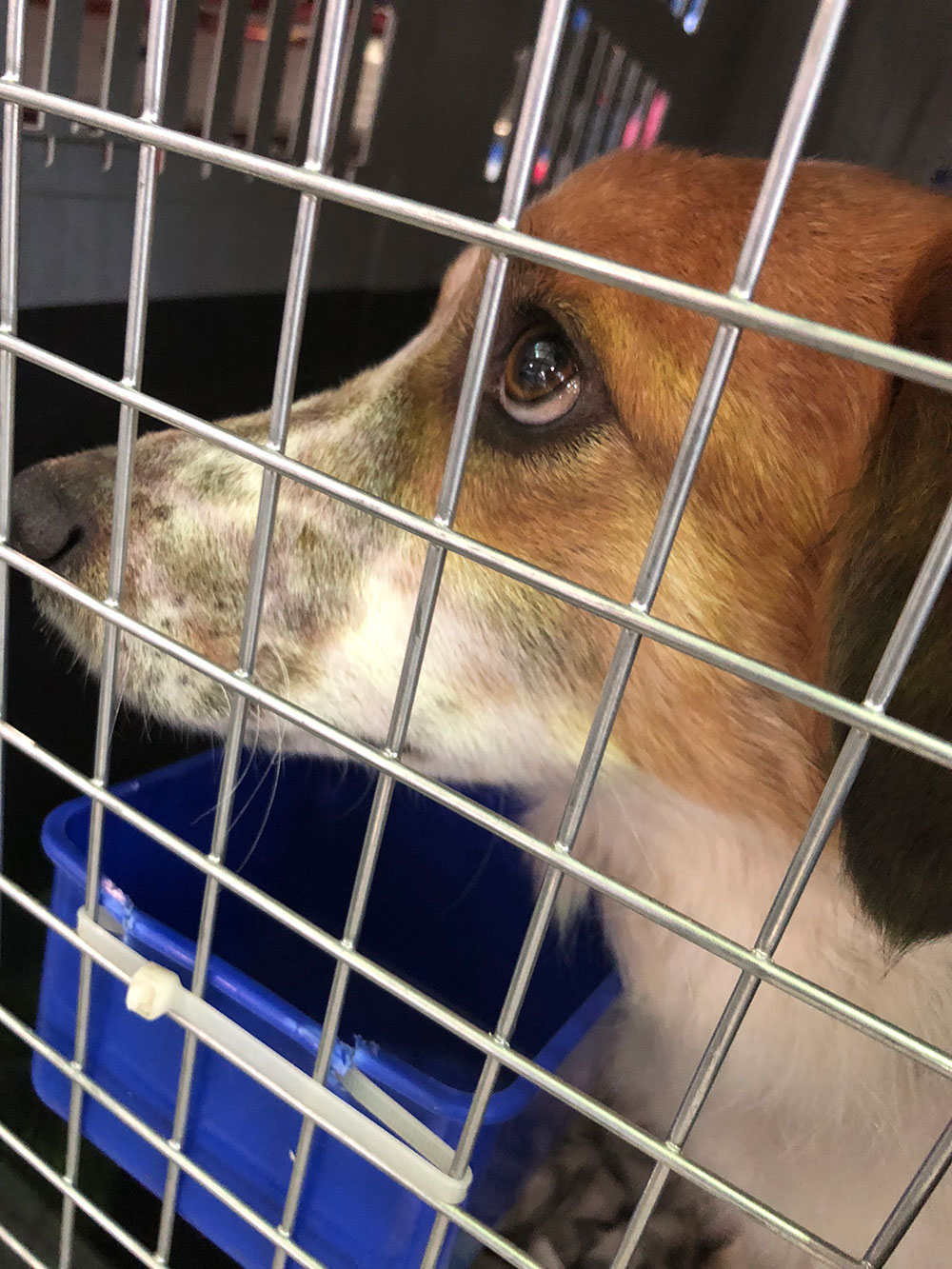 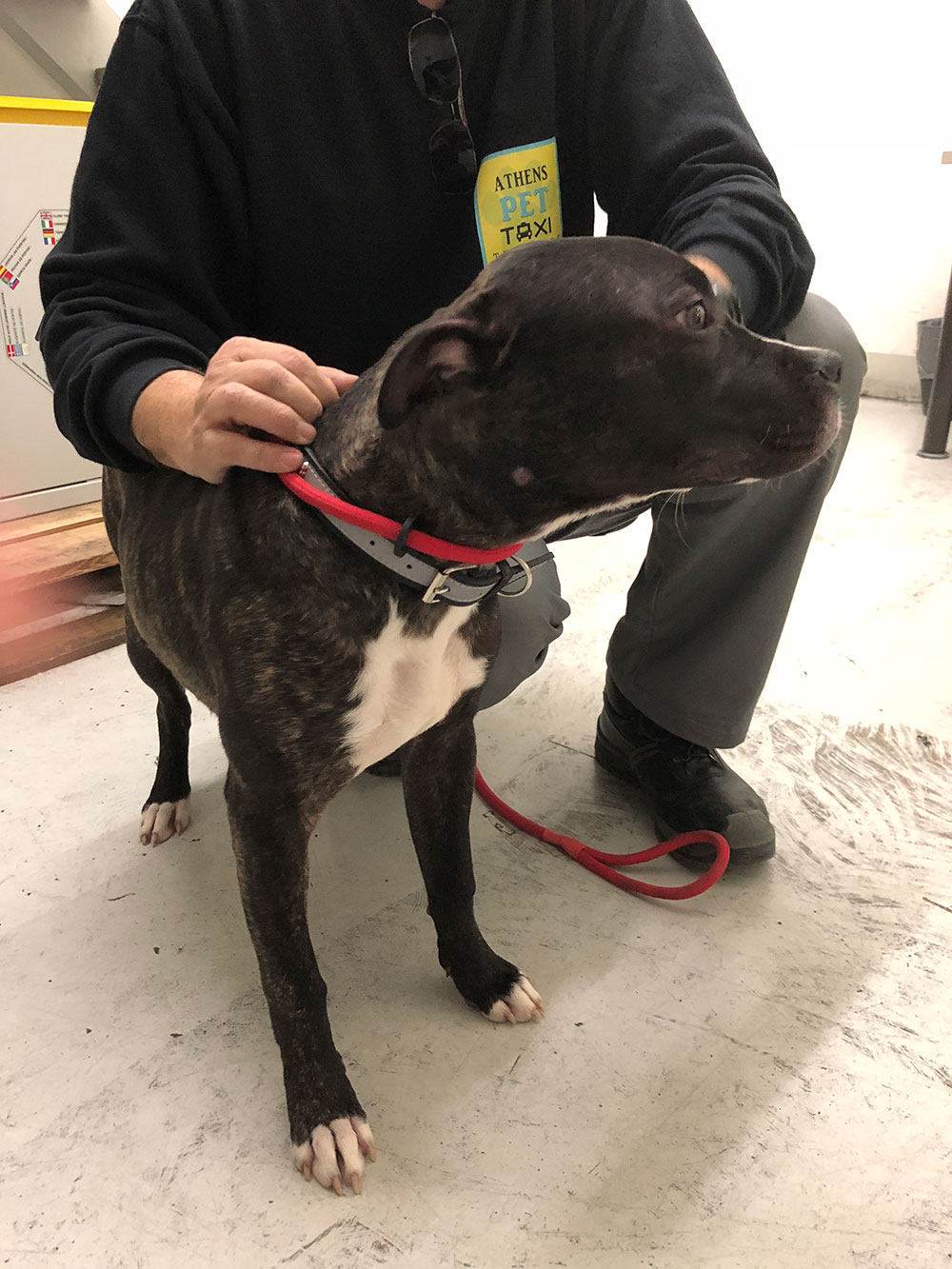 We took the dogs out while their travel boxes were x-rayed. Here’s Ben with Akis. 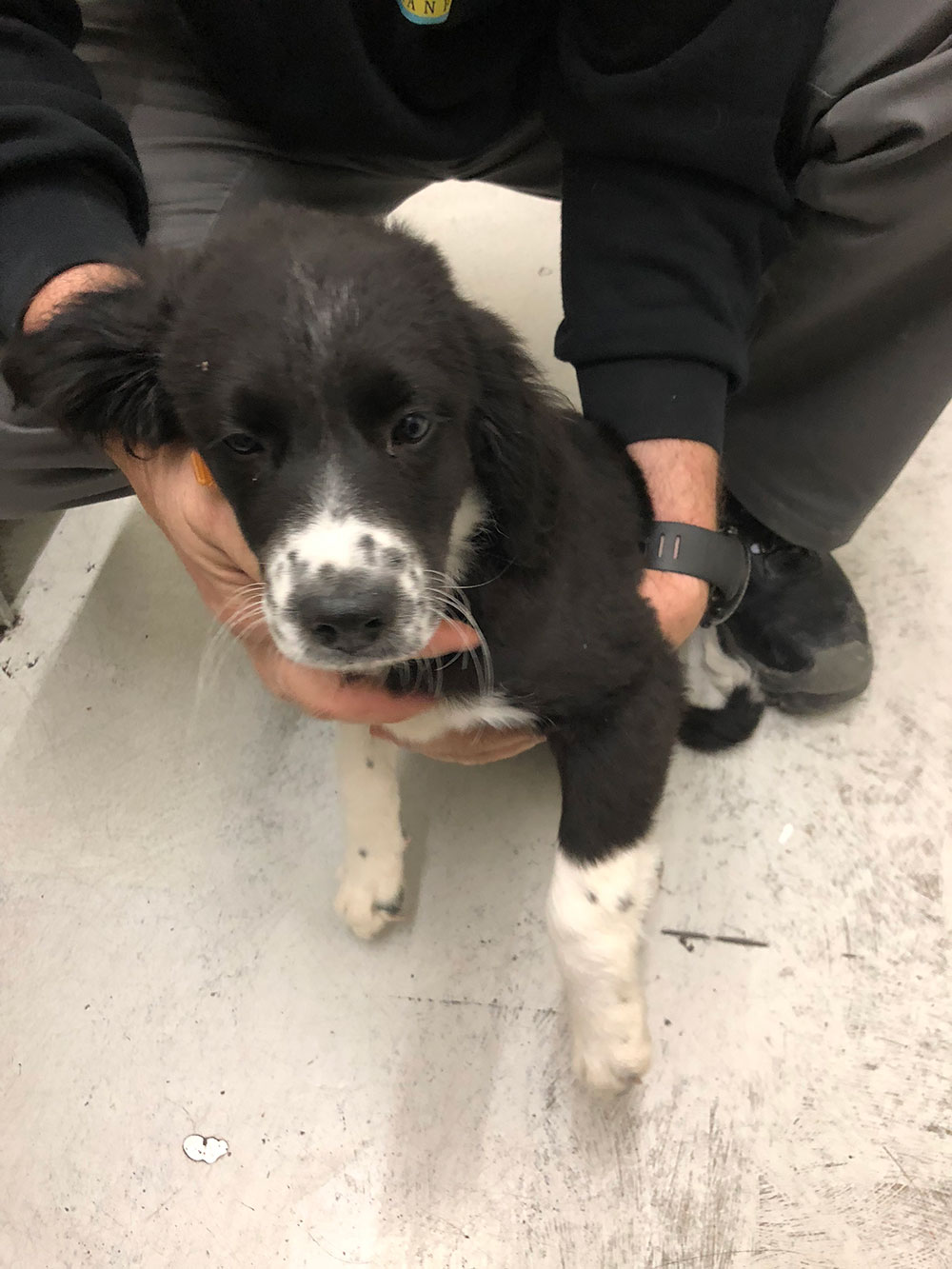 Another chance to love Lucas’s nose 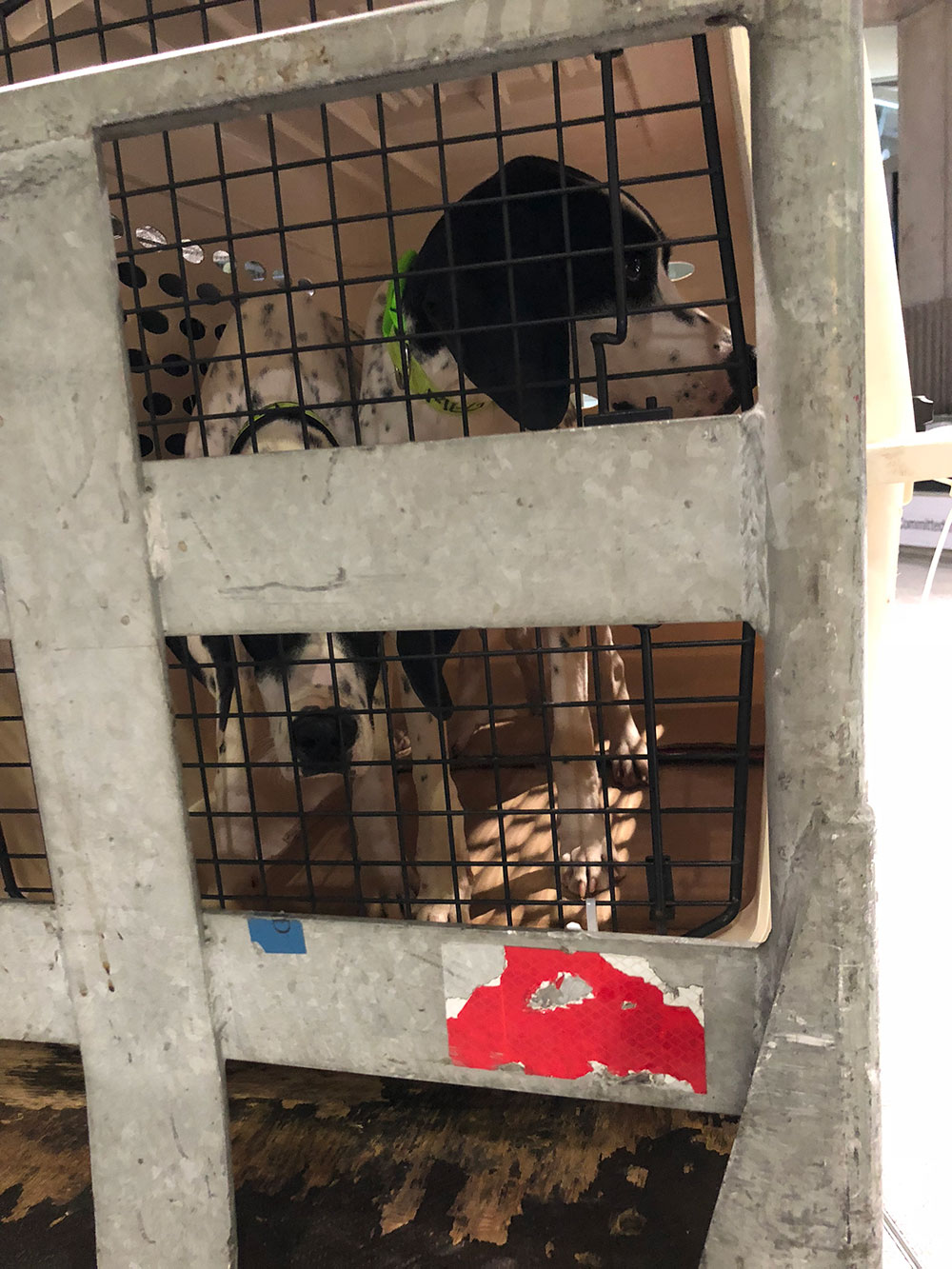 Once security checks were complete, the dogs went back in their travel boxes, which were loaded onto special trolleys for transporting to the plane

Four hours after taking off from Athens, we landed in Paris, where courier Richard was waiting to meet us with one of our vans. 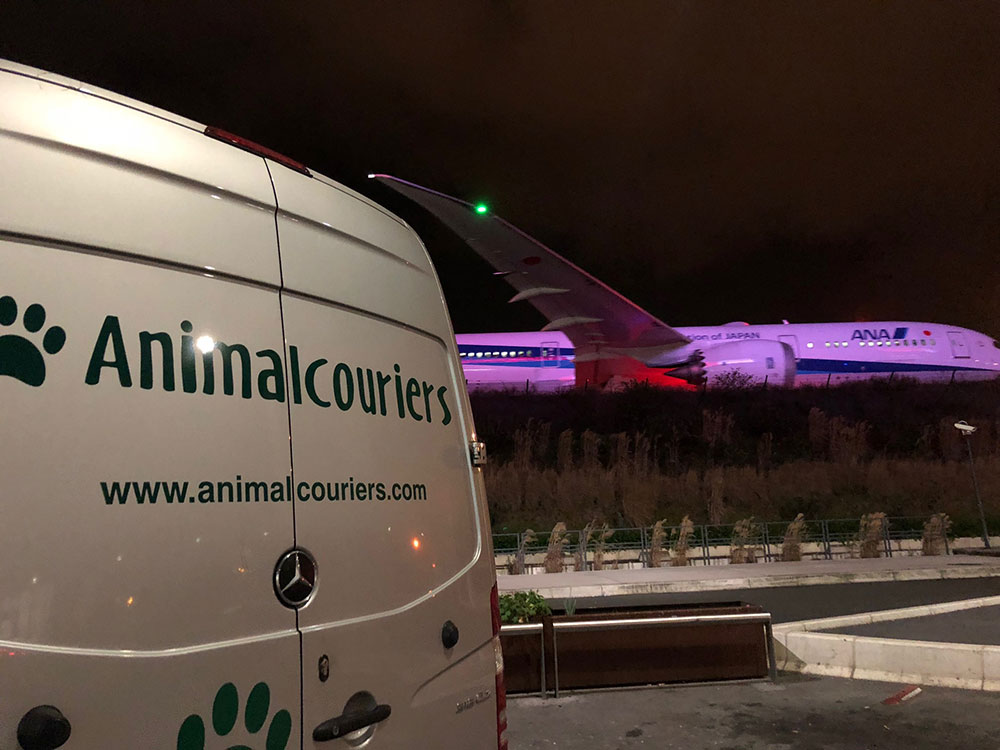 Two modes of transport almost side by side — plane and van 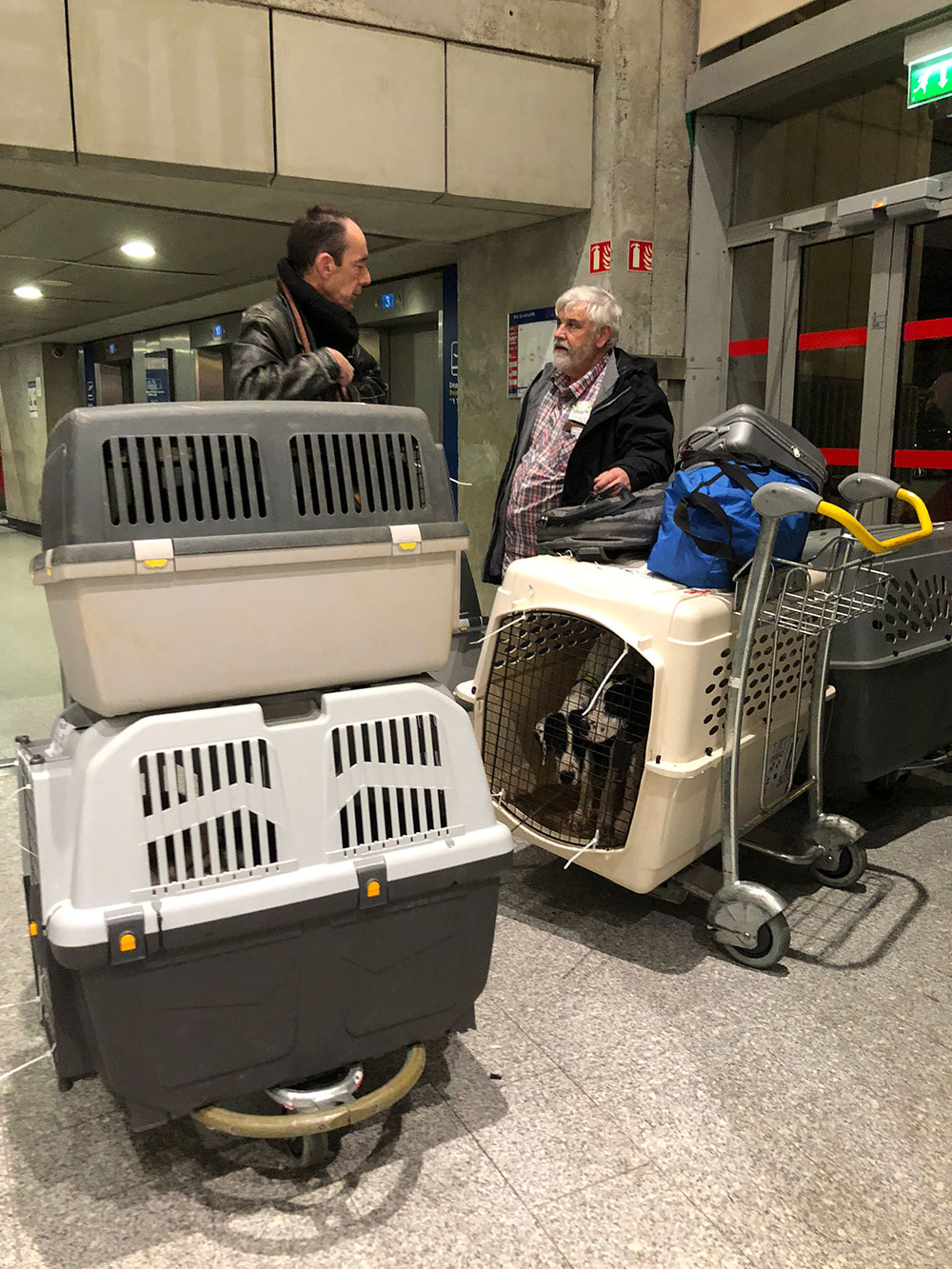 Courier Richard was waiting for us in arrivals, ready to help us get the dogs into the waiting Animalcouriers van 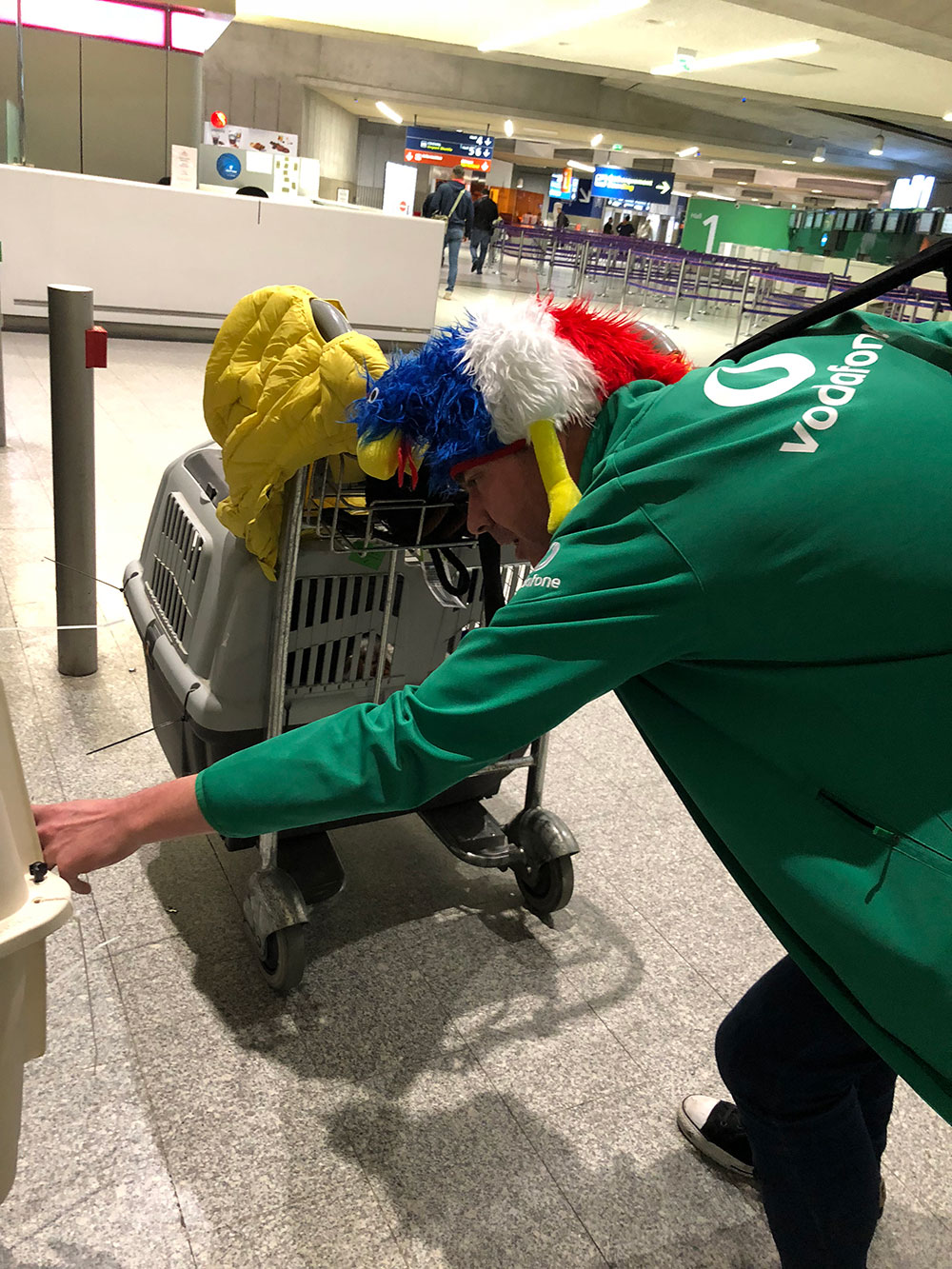 CDG was full of Irish sports fans travelling home after an international rugby match in Paris. This friendly chap, sporting a fine piece of headwear, spent some time chatting gently to the dogs. He was happy to hear they had forever homes to go to. 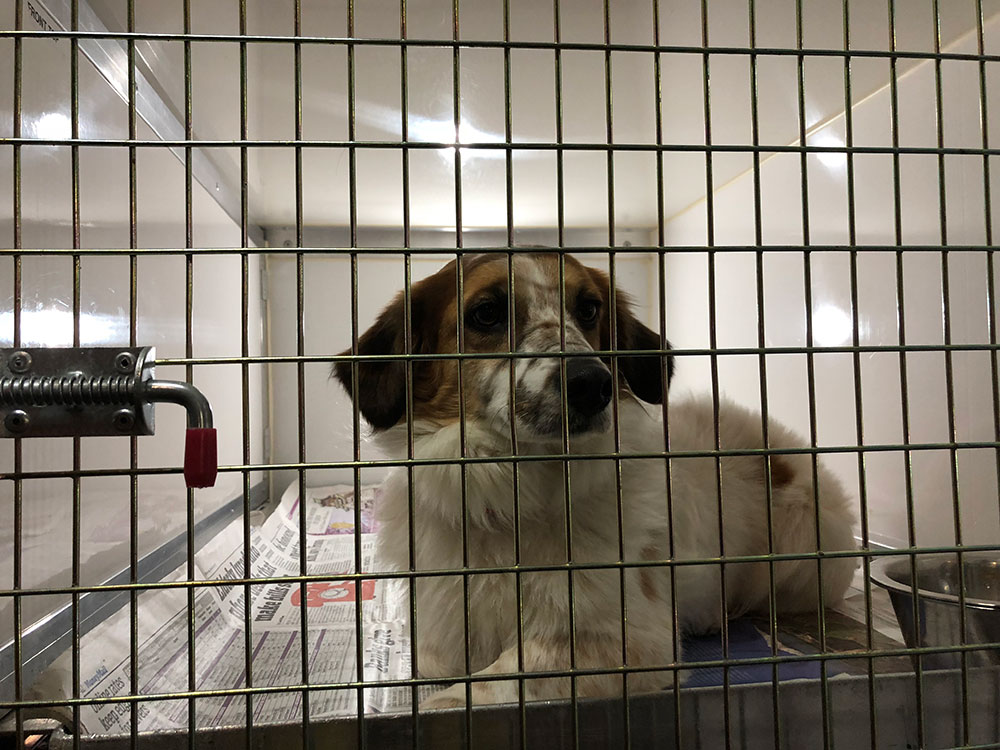 The dogs settled quickly into our van, where water and treats were waiting. This is Habibi. 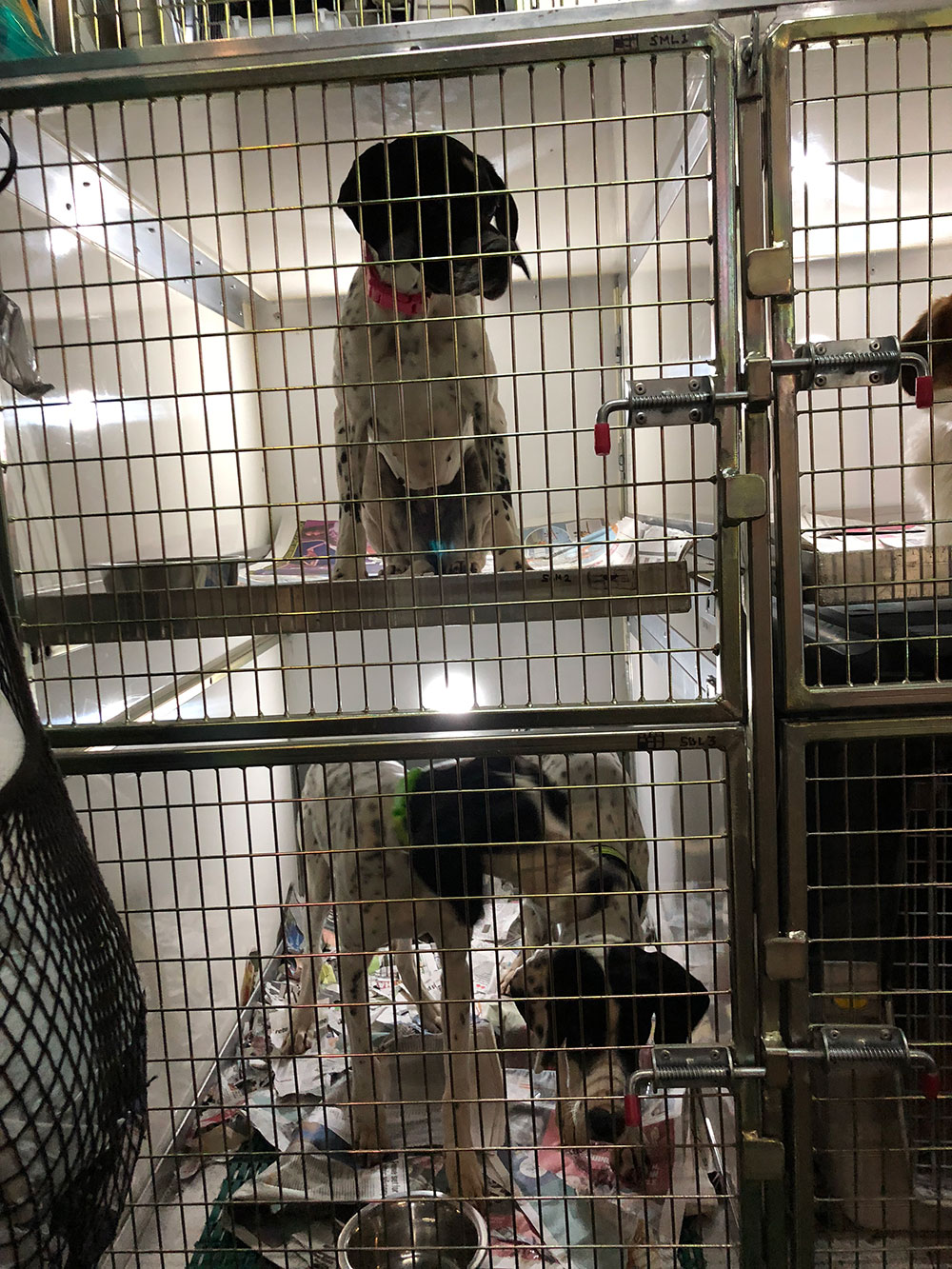 And here are the three Pointer Sisters, Luna, Meg and Tawni

Staying the night in Calais

We had a flexible ticket for our Eurotunnel crossing, which was just as well, as the tunnel closed its doors as we approached. So we had an impromptu night’s stopover at our regular Ibis hotel in the Calais area. The bonus was that we were joined by couriers Matthew and Marc, who’d driven back from Greece with other passengers. So together we walked all the dogs, then enjoyed a late supper of bread and cheese with a glass of beer. 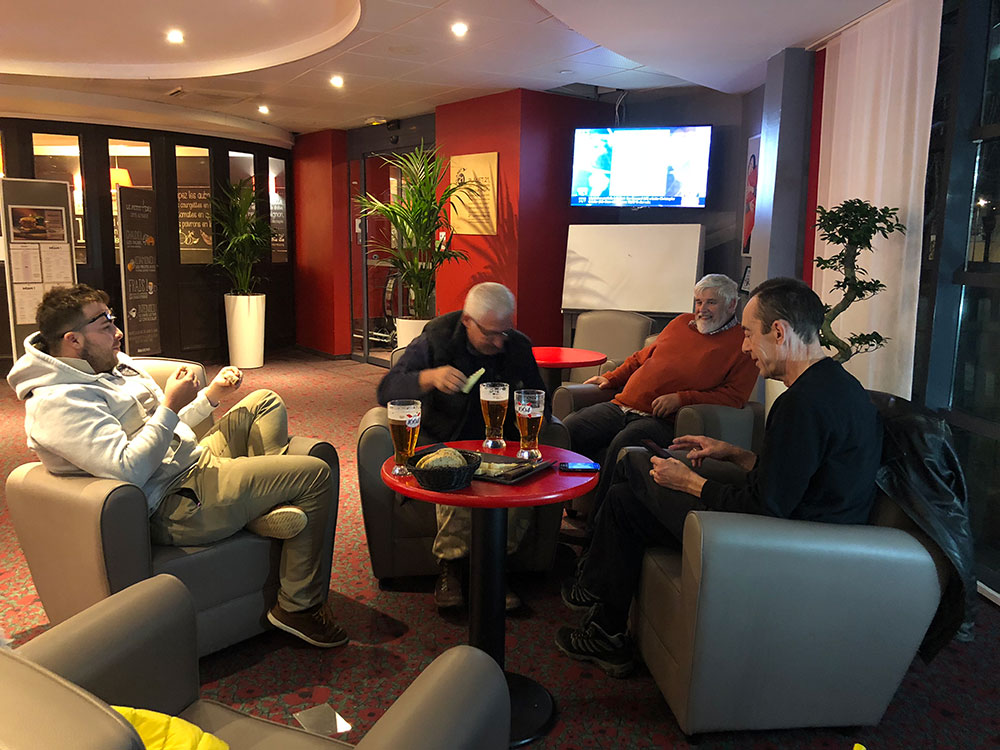 L to R: couriers Matthew, Marc, M and Richard (the empty seat belongs to courier J, who’s behind the camera!)