Pets travelling to Spain, then on to Greece via France and Italy

Animalcouriers set off from the UK with five pets travelling to Spain — three cats and two dogs. While in spain we collected three dogs relocating to Italy, which works out perfectly as we head on towards Greece.

Dynamic duo Fleure and Alex travelled with us from London to Seville.

Alex proved to be very confident, while Fleure preferred to keep a wary eye out from the safety of a warm bed. 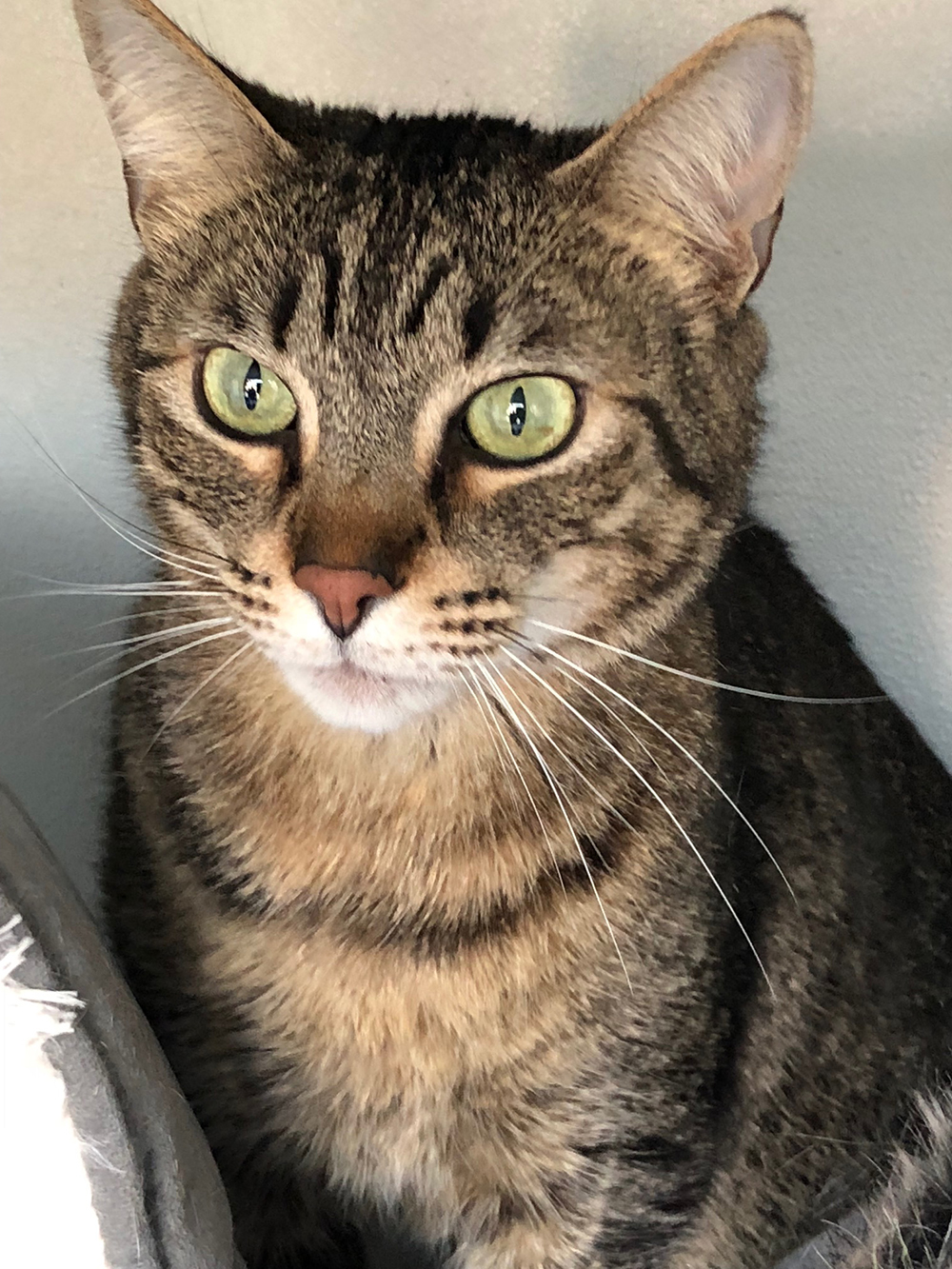 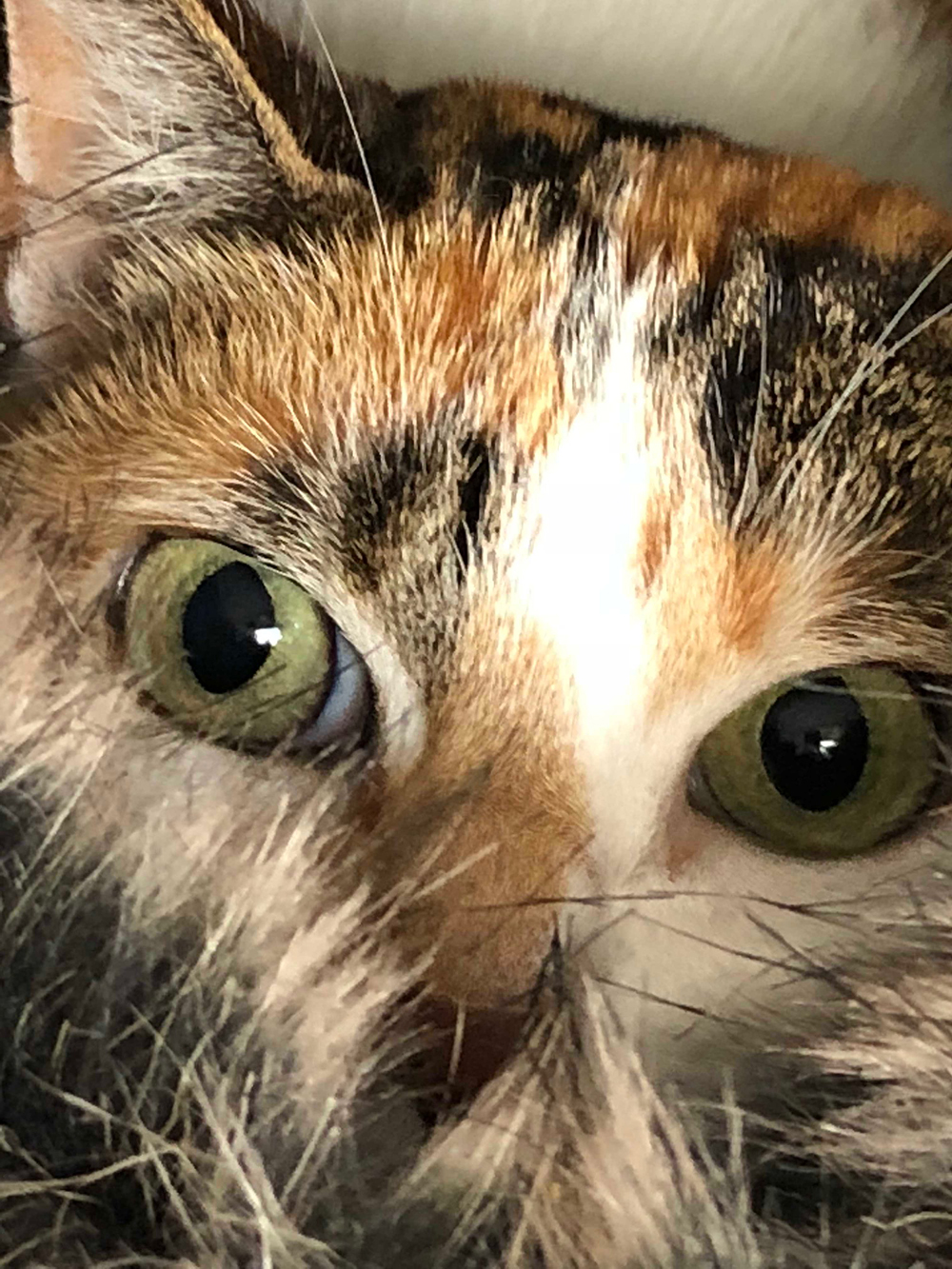 Beautiful fluffy Fleure, wrapped up in her own tail 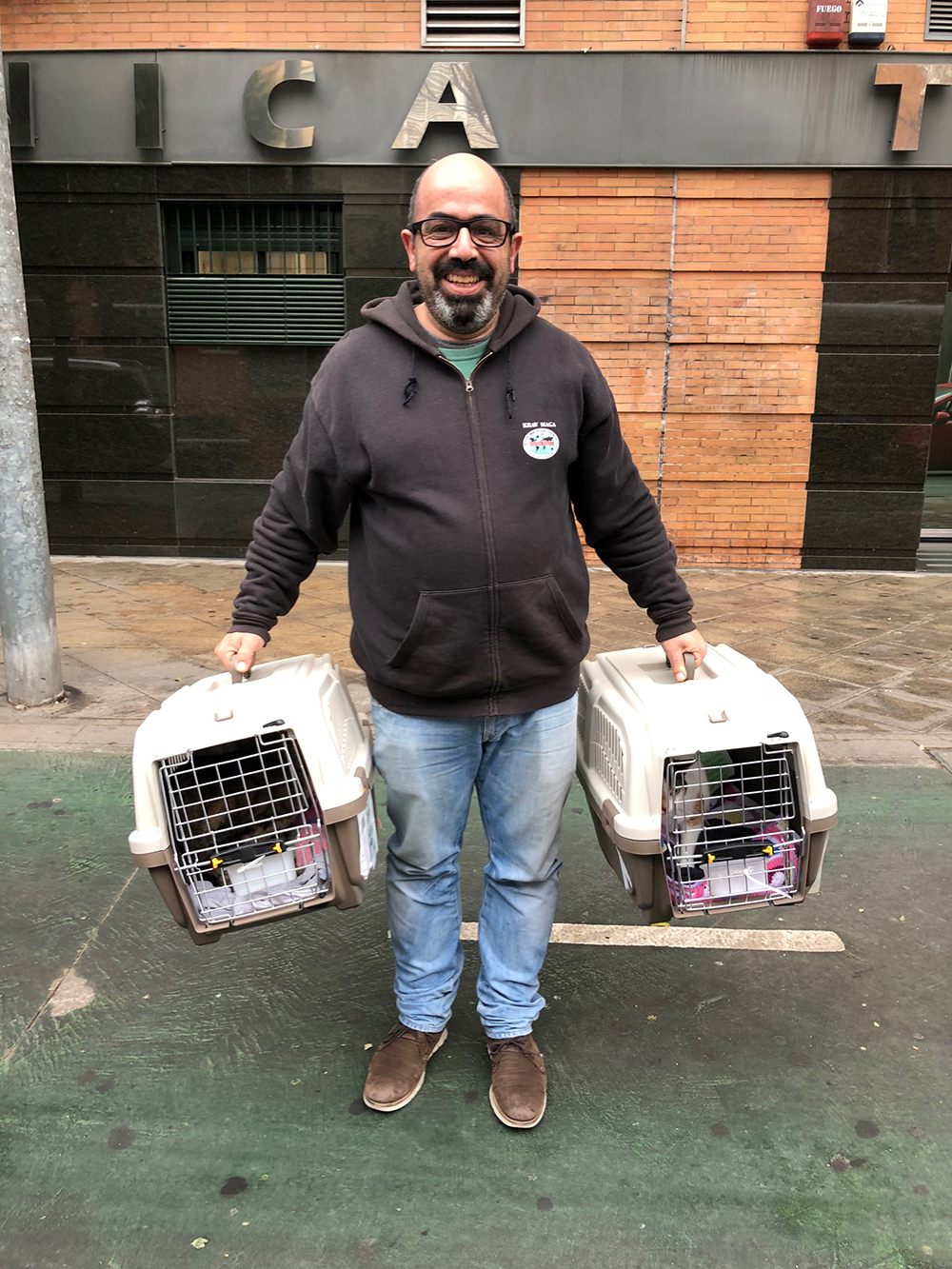 When Michael brought lively Labrador Scooby and cute Shih Tzu Ole to us from West Sussex, it was pouring with rain. As we stood shivering in the cold and wet, he remarked that it was warm enough to sunbathe in Marbella, which is where these lucky dogs were headed.

We stopped off in Marbella to deliver them to Zaria. She told us she had found Olé and her sister in a bin at just a few days old. She bottle-fed them for 12 weeks, then kept Olé and found a home for her sister. The two sisters still meet up — what a lucky pair they were to be found and cared for by Zaria. 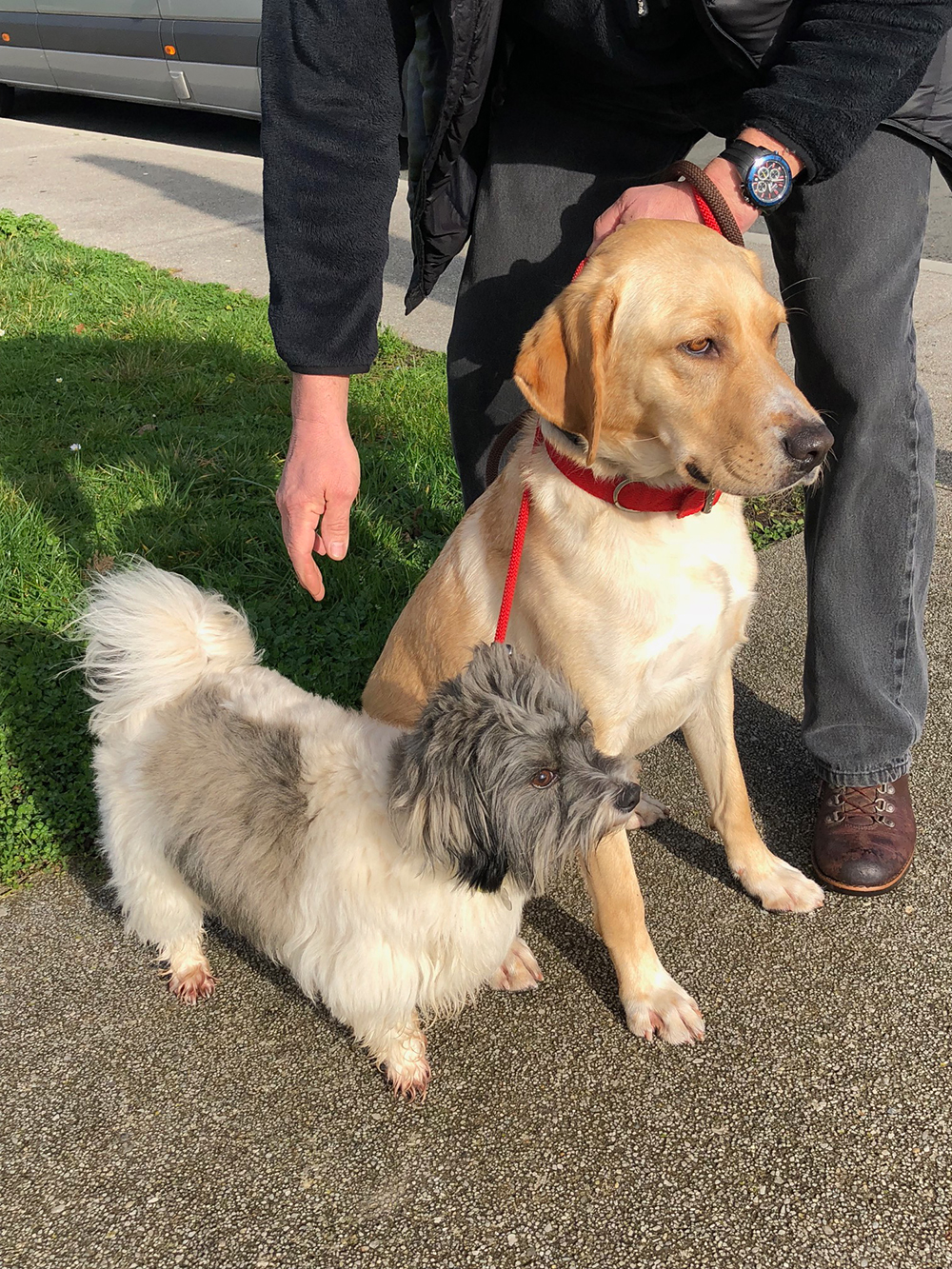 Such good dogs, Olé and Scooby 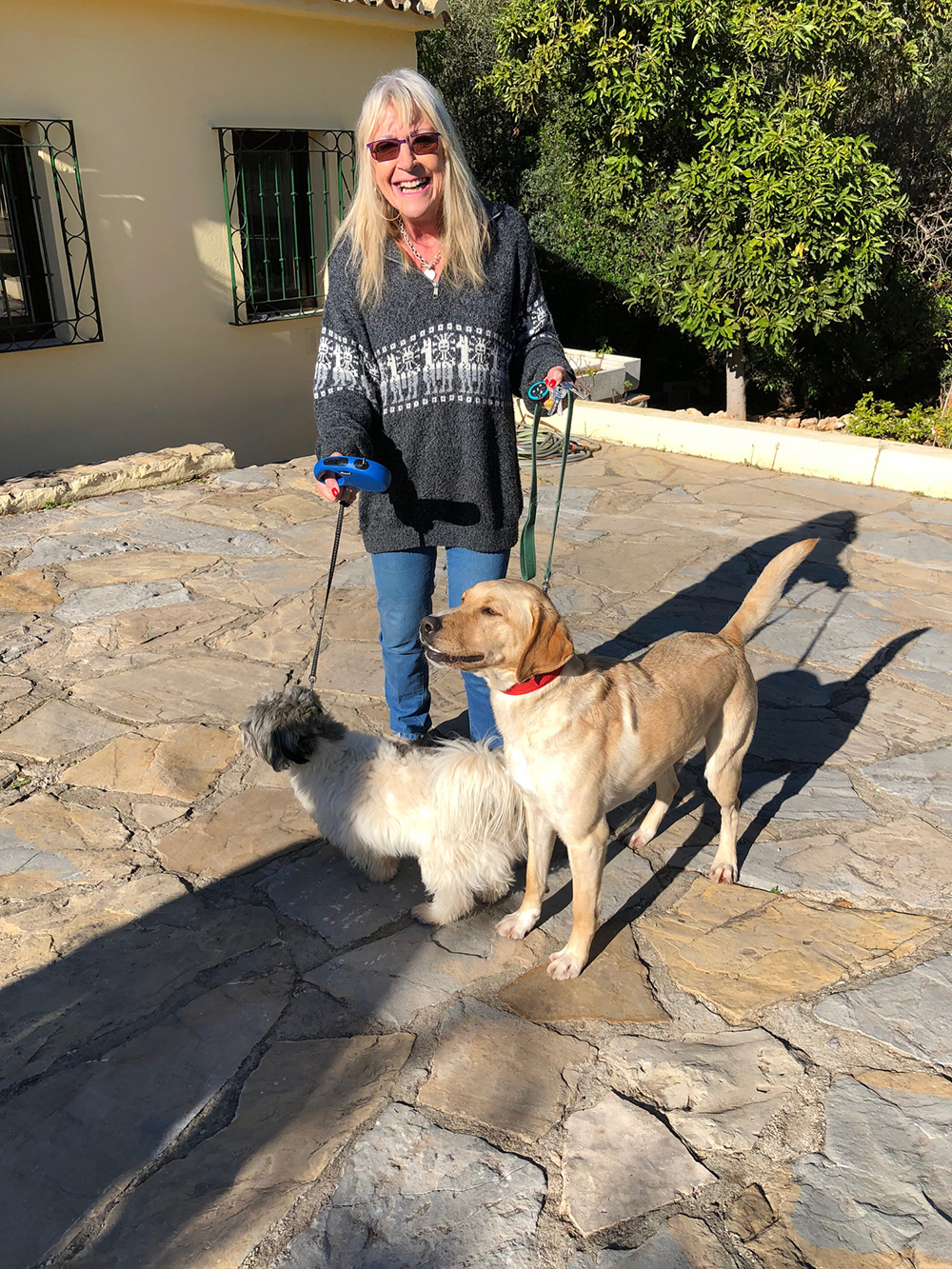 Zaria greets her beloved hounds in the warm Spanish sun

At 16 years old, Charlie was our senior passenger. Her journey with Animalcouriers started in Bolton. We collected her from the very well appointed Little Lever Cattery, where Vivien took super care of her. She’d grown so fond of Charlie, she told us that parting with her was ‘sweet sorrow.’ 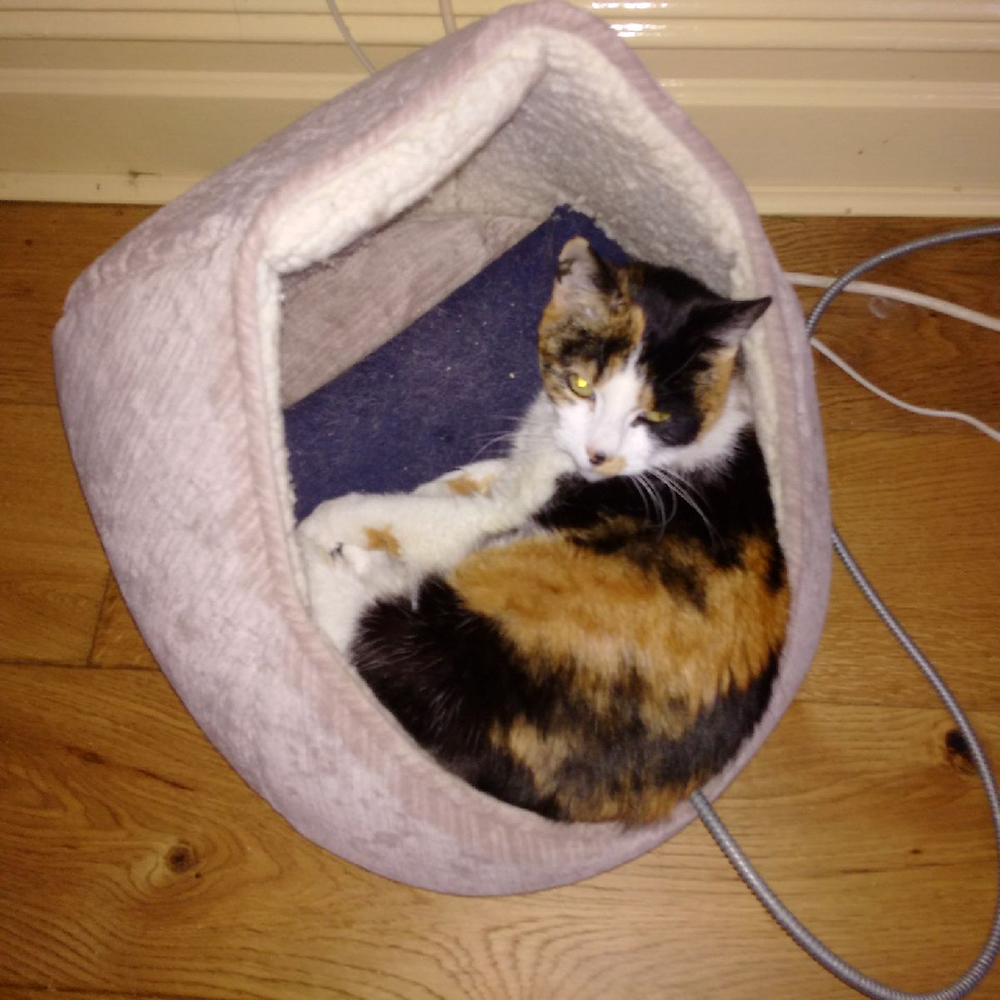 A snuggly bed for Charlie, who loves her home comforts 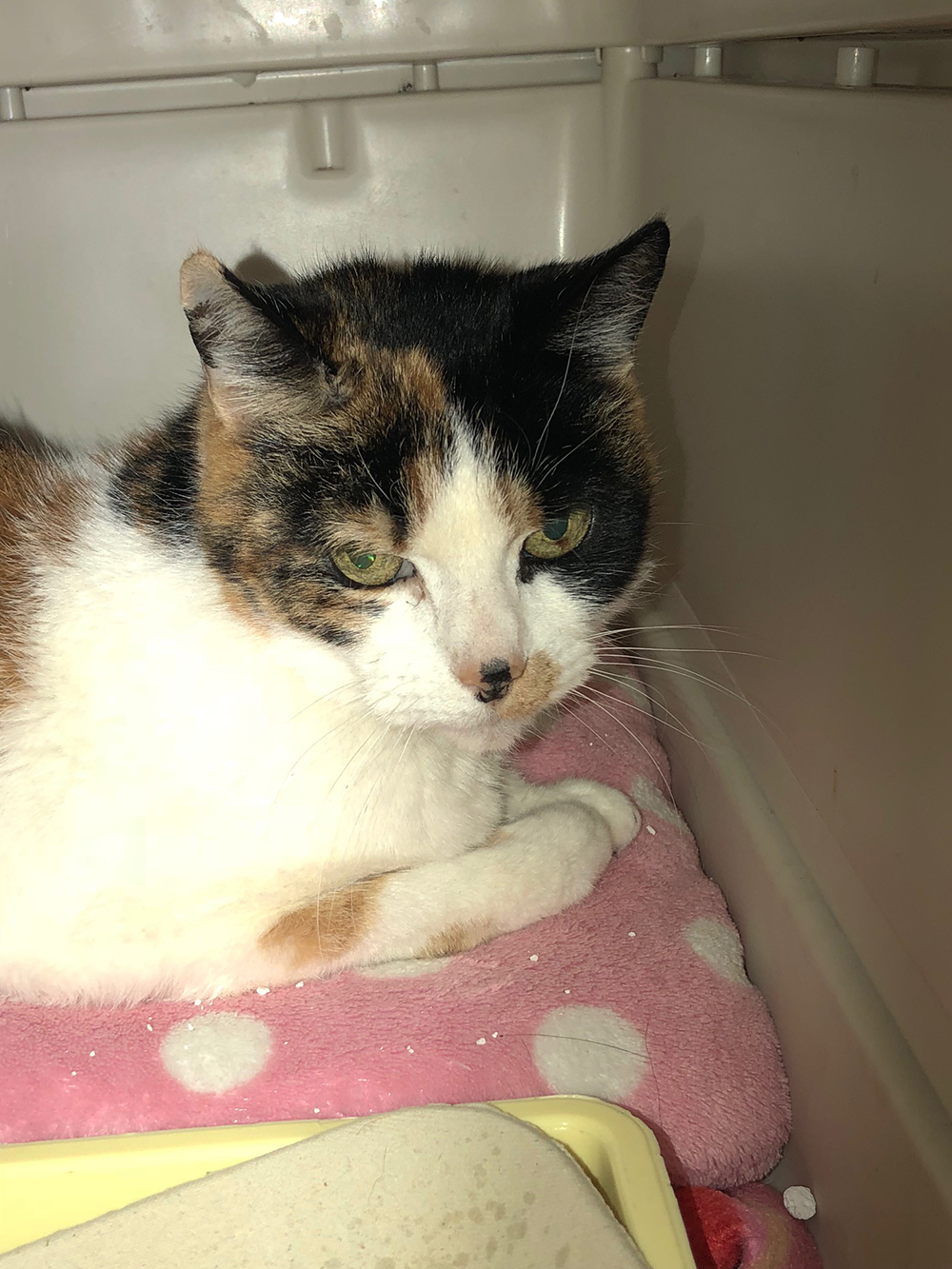 Adorable Charlie, off to bask in the sunshine of Torremolinos 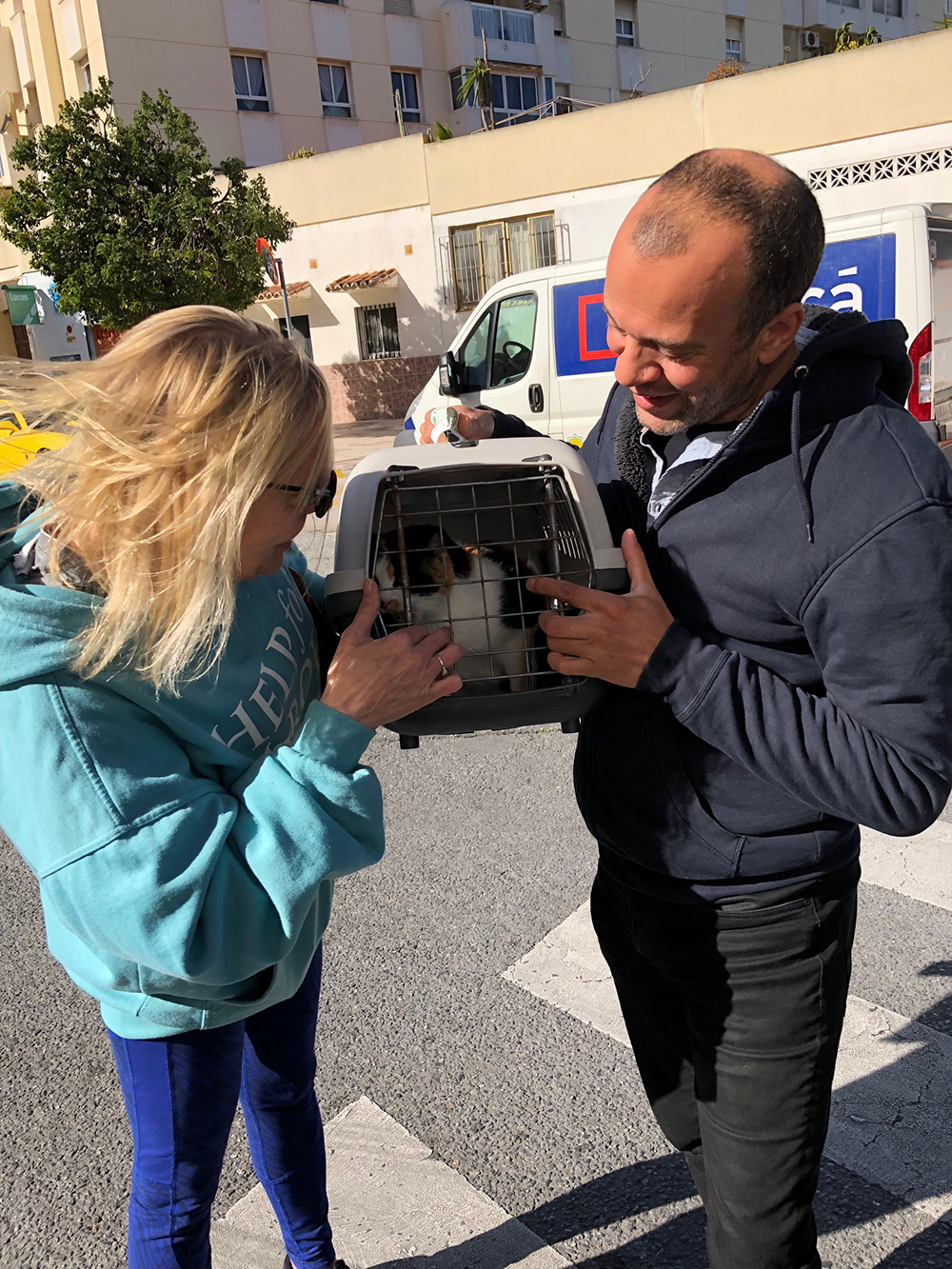 Gillian and Steve delighted to have Charlie back with them

Zane and his wife adopted a number of dogs during several years living in Spain — the current tally is six. Because of a relocation to Brindisi, in Italy, they asked Animalcouriers to transport three of the dogs for them. We collected them from Petcare Pet Hotel, a boarding kennels in a peaceful valley in the mountains of Andalucía, where they’ve been regular visitors. Kennel owners Viv and Pam told us they will miss them. 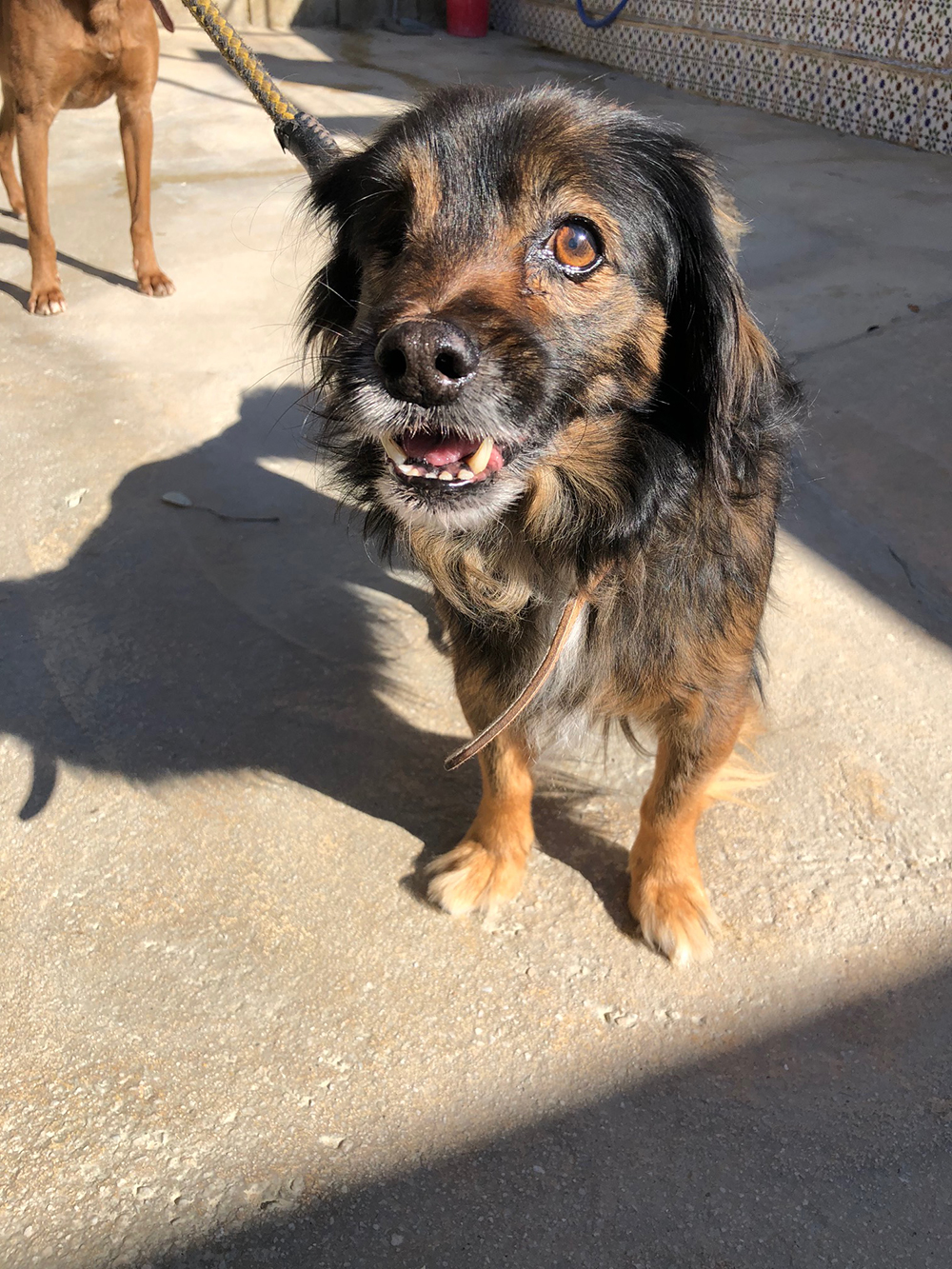 Leo is the smallest of the three, but has the biggest personality. At seven years old, he’s missing an eye and part of an ear, and has two bullets lodged in his body. A real force of nature! 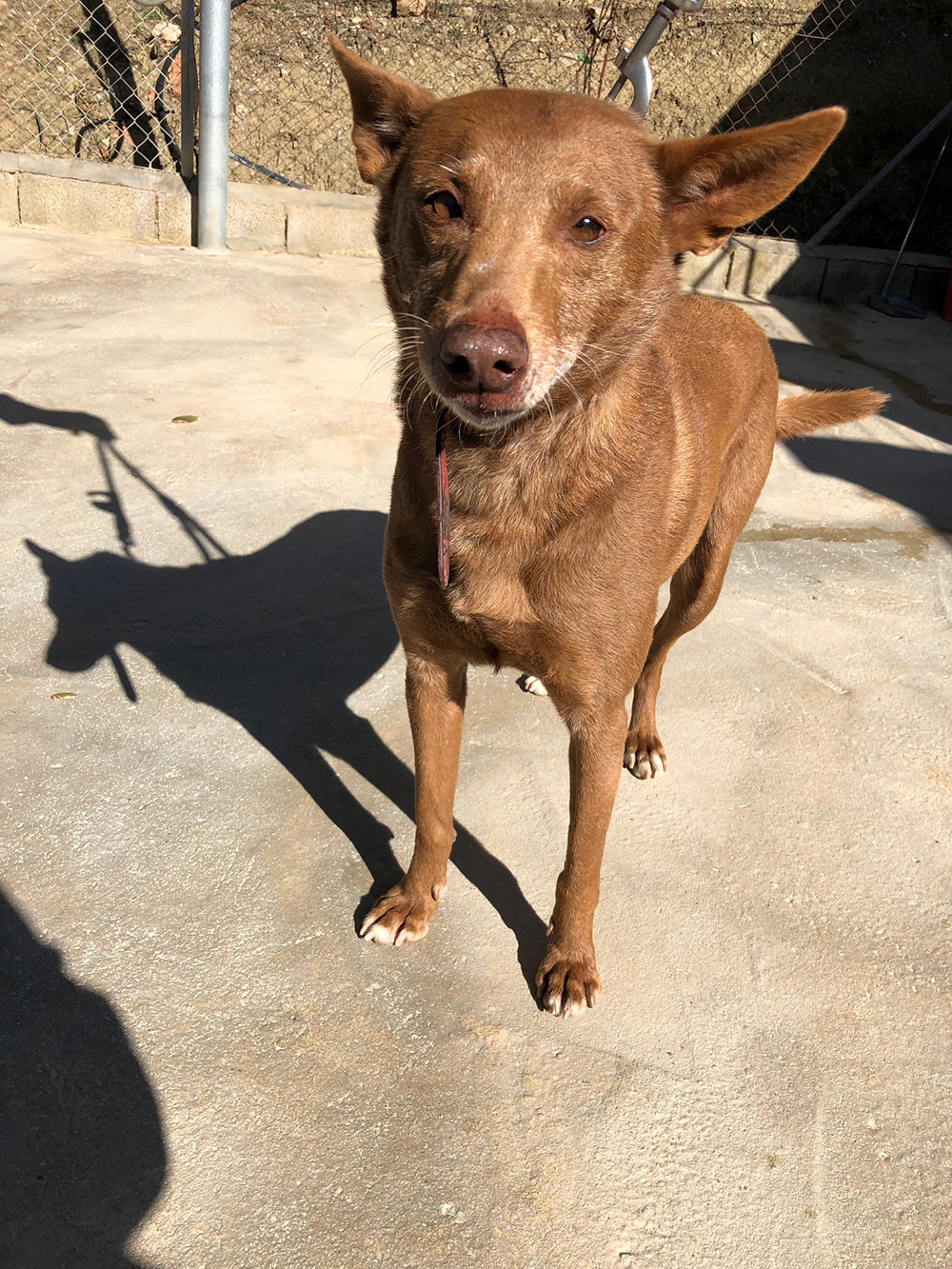 Ava, a Podenco cross, is a real sweetie 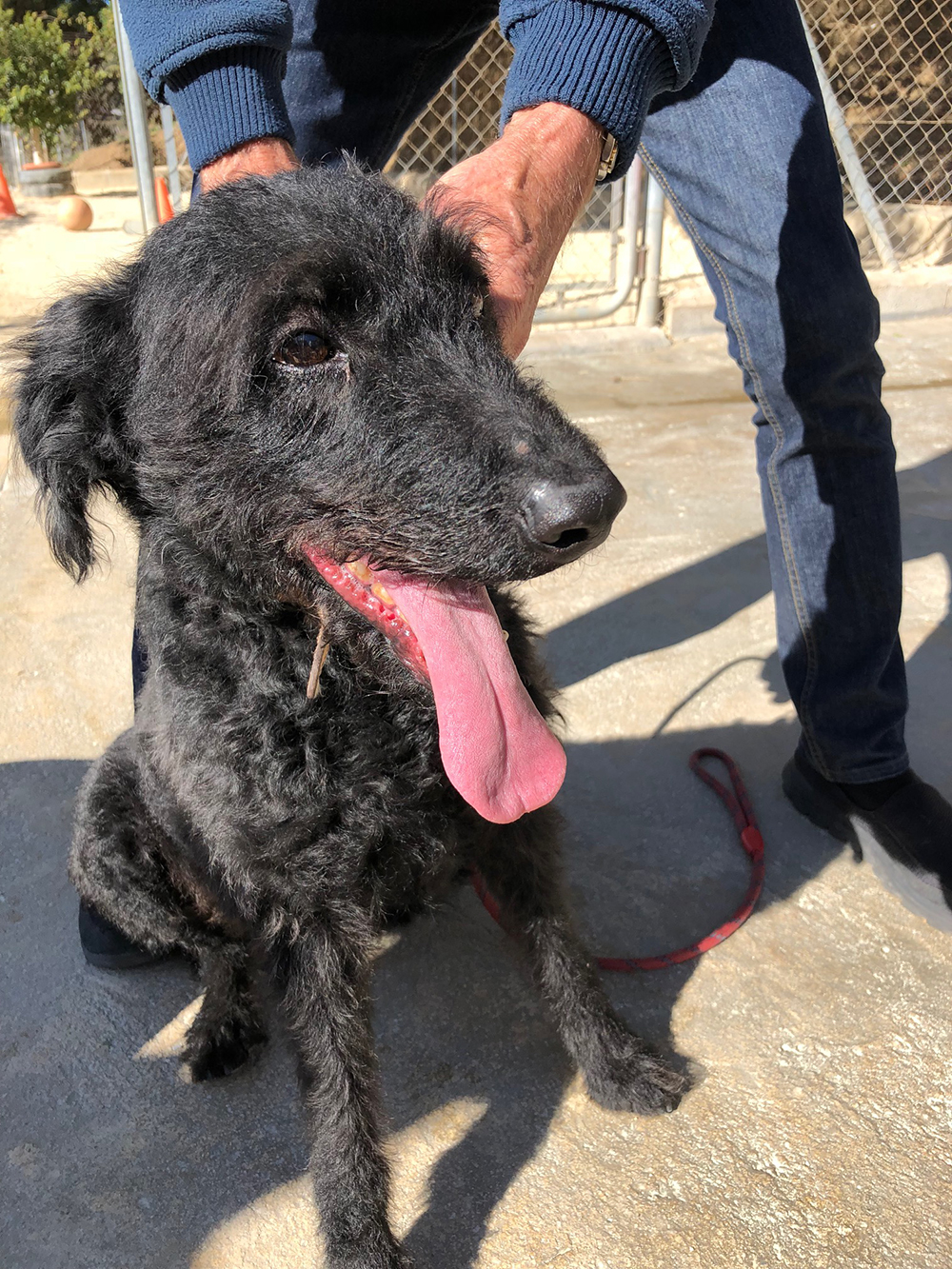 Eight-year-old Tipi is the leader of the pack. A very friendly girl too, she makes sure you know she’s there. 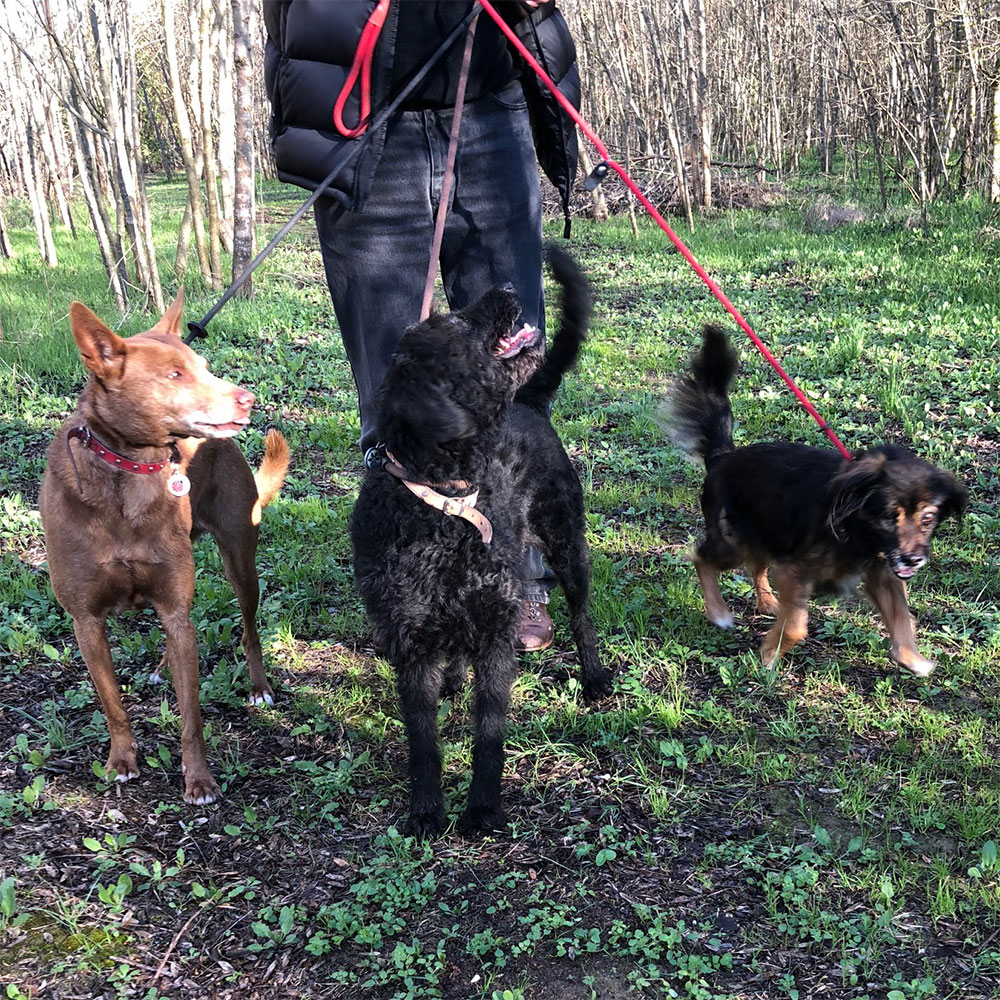