Earlier in January Animalcouriers helped out at the UK end of the trip for 13 dogs rescued from a South Korean dog meat farm by the UK arm of animal protection charity Humane Society International (HSI).

HSI travelled to South Korea in December, accompanied by Pete Wicks from The Only Way is Essex, to bring about the charity’s 10th dog meat farm closure. The closure saved 170 dogs from being killed and eaten, and took the total number of dogs saved by HSI to more than 1,200. The closures take place in partnership with the dog farmers themselves, who are eager to leave the controversial trade.

The dogs rescued on this trip weare Henry, a Golden Retriever; Jack, a Beagle; and Jindo mixes Lucie, George, Tory, Rocky, Bella, Chris, Adam, Mocha, Abbie, Lucy and Leila. HSI describes the conditions they were living in, and the state of dog farming in South Korea generally:

“The dogs were confined their whole lives in filthy, barren, metal cages on a dog meat farm in Namyangju, a mere two-hour drive from where South Korea will host the 2018 Winter Olympics in just a few weeks’ time. It’s one of an estimated 17,000 dog farms across the country, breeding more than 2.5 million dogs a year to be eaten.” 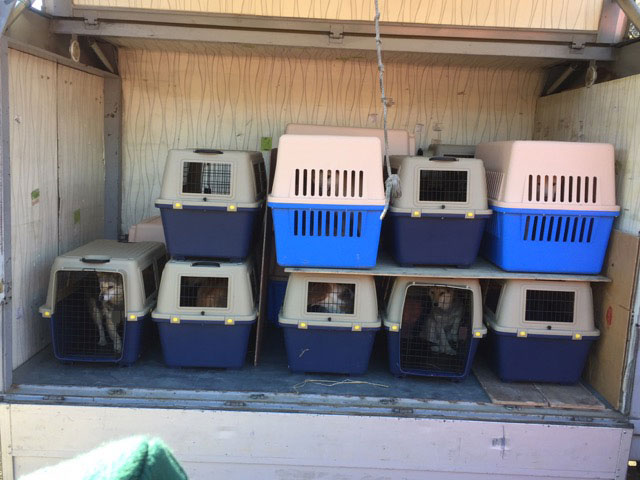 The rescued dogs in their crates 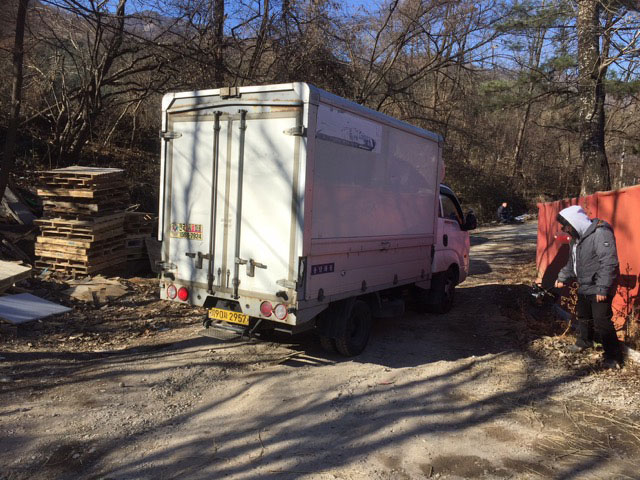 All on board and ready to leave the farm

Claire Bass, executive director of HSI/UK, was part of the rescue team. She says:

“It was incredibly upsetting to see so many frightened dogs in such appalling conditions, many of them emaciated, with skin or eye infections and covered in pressure sores. But our dog farm closures are shining a much-needed spotlight on this cruelty and supporting the vibrant campaign by South Koreans themselves to end the trade. Most South Koreans don’t regularly eat dog meat, and in fact the majority of young people have never eaten it, so it’s a dying industry that we have a real opportunity to end.”

The dogs flew with British Airways into London Heathrow on the afternoon of 3 January, and stayed the night at the airport’s Animal Reception Centre (ARC). The next day, HSI and Pete Wicks were on hand to greet the dogs — a reunion that was covered by ITV’s Good Morning Britain. 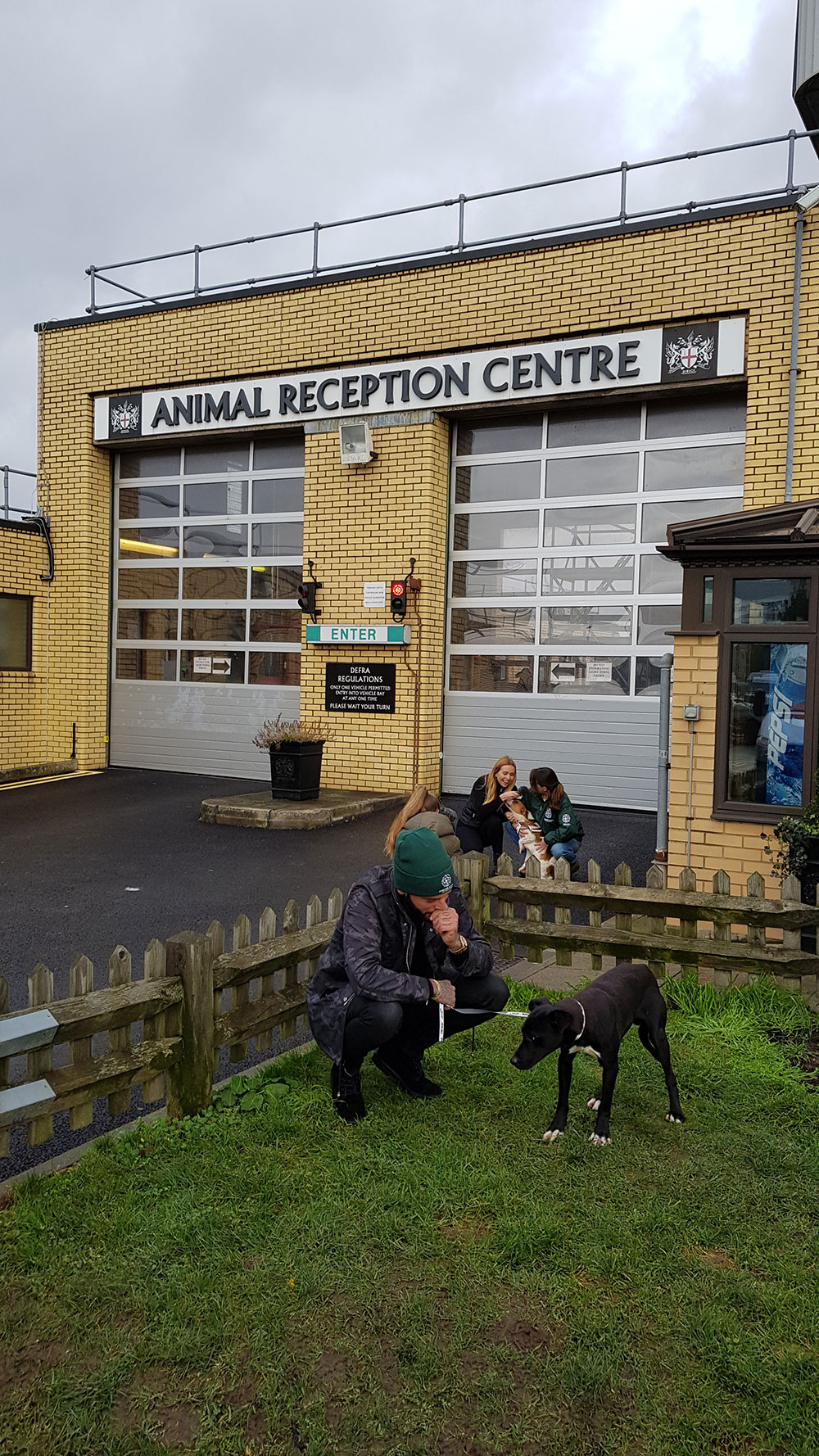 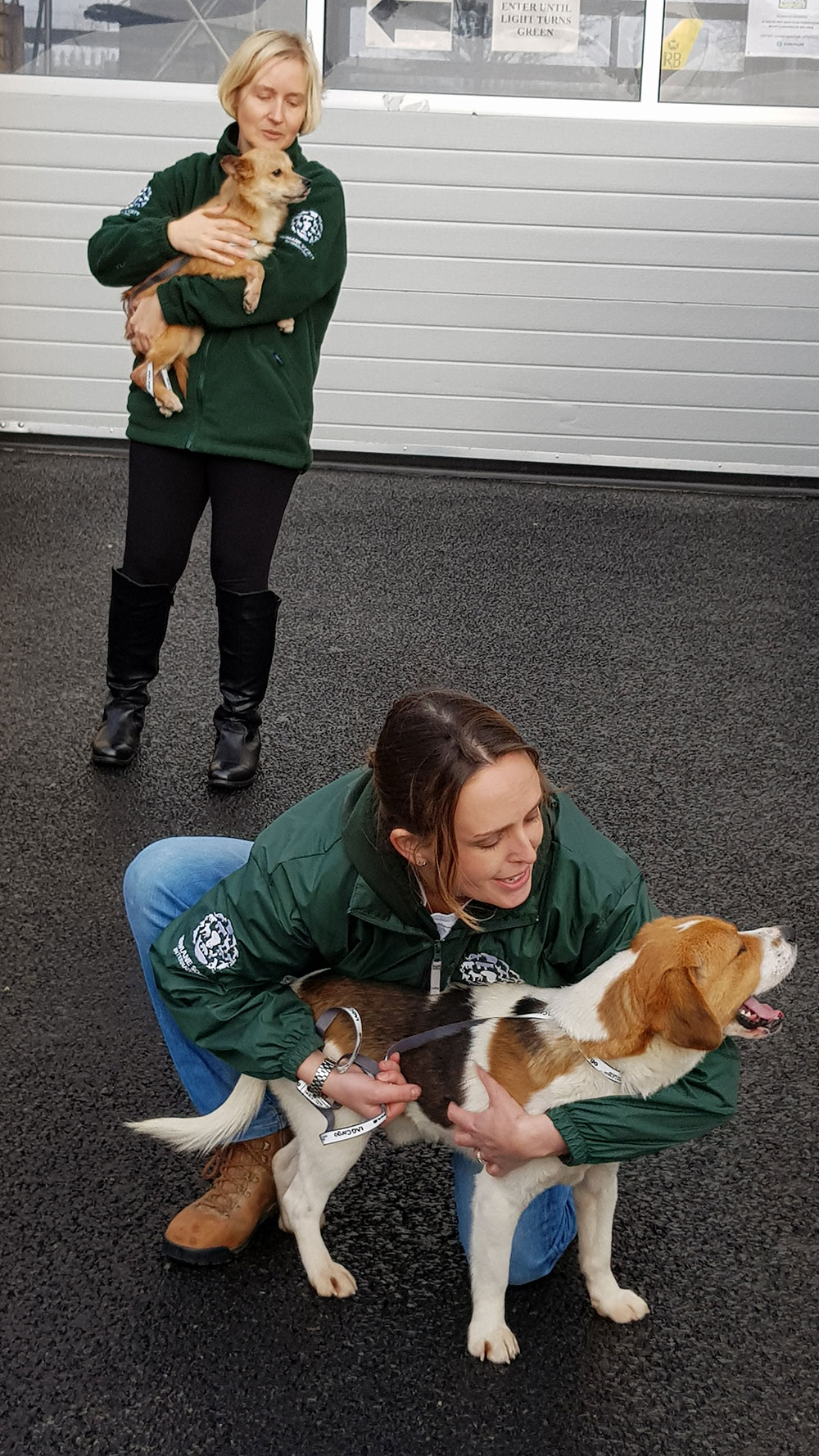 The HSI team delighted to see the dogs again 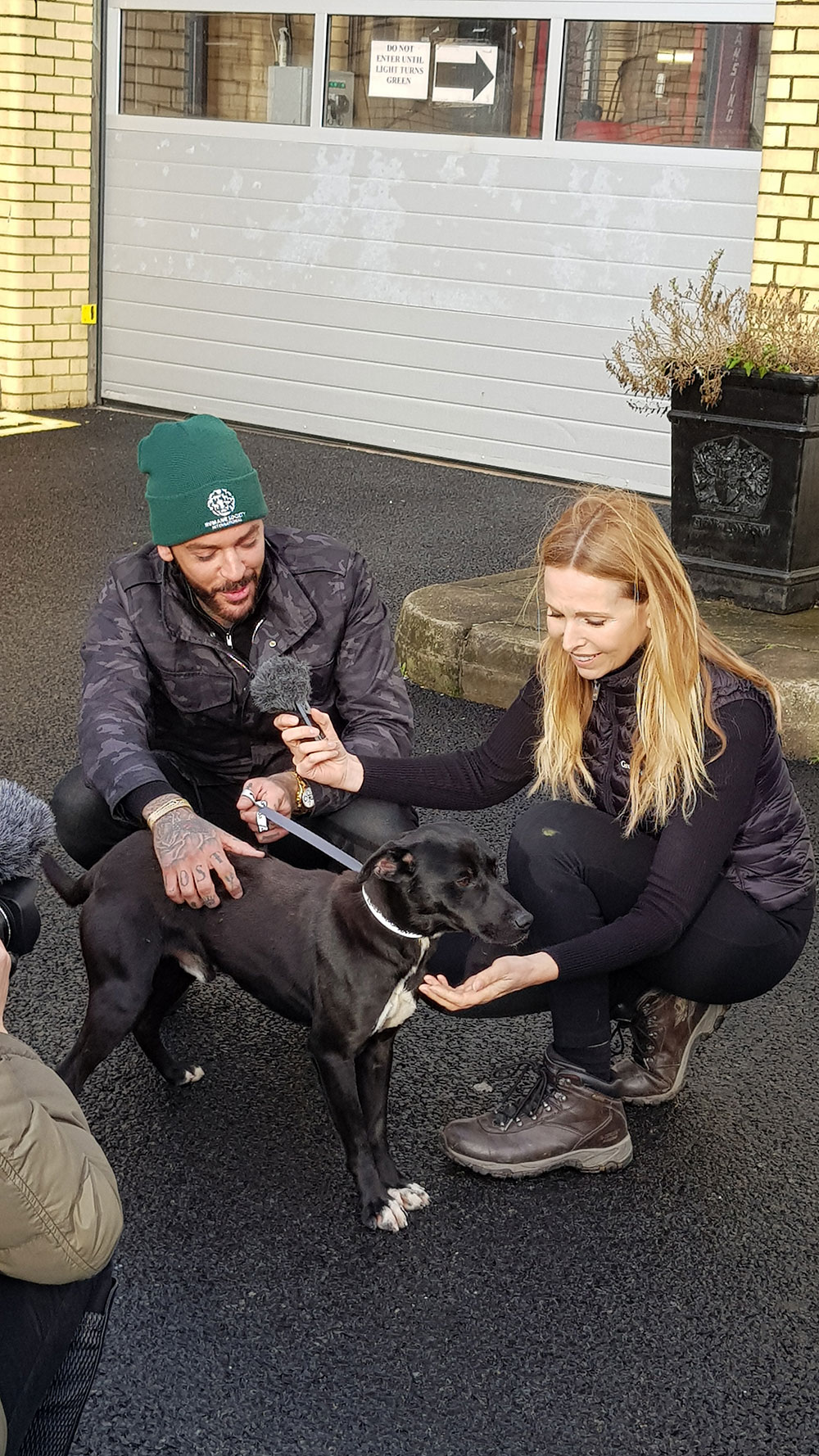 Pete Wicks being interviewed while he strokes a dog 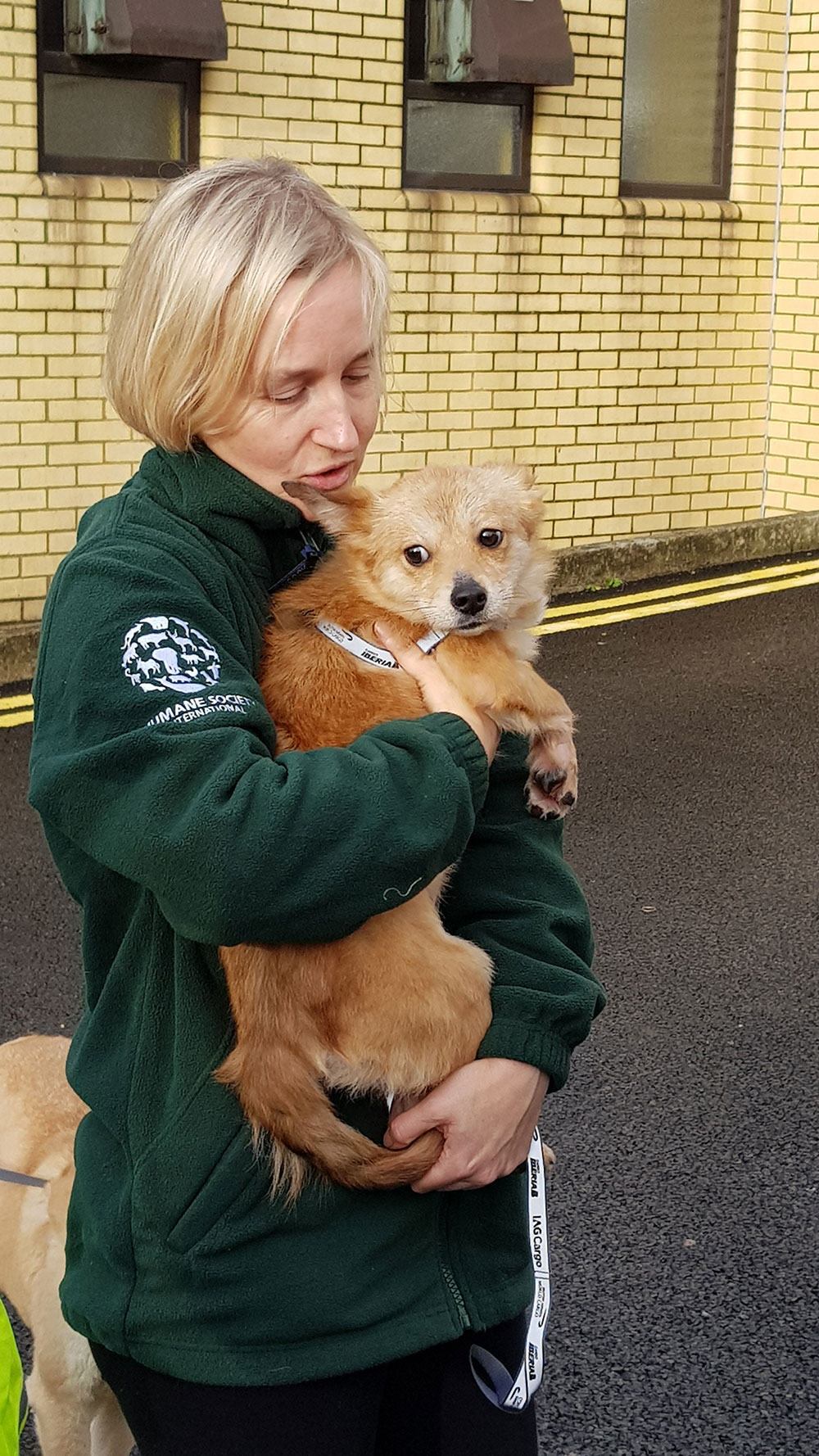 Cuddles for a pup

From Heathrow, the dogs needed to travel to All Dogs Matter in Waltham Abbey, a kennels that specialises in dog rescue and rehoming. Animalcouriers sponsored and carried out the transport from the airport to the kennels. 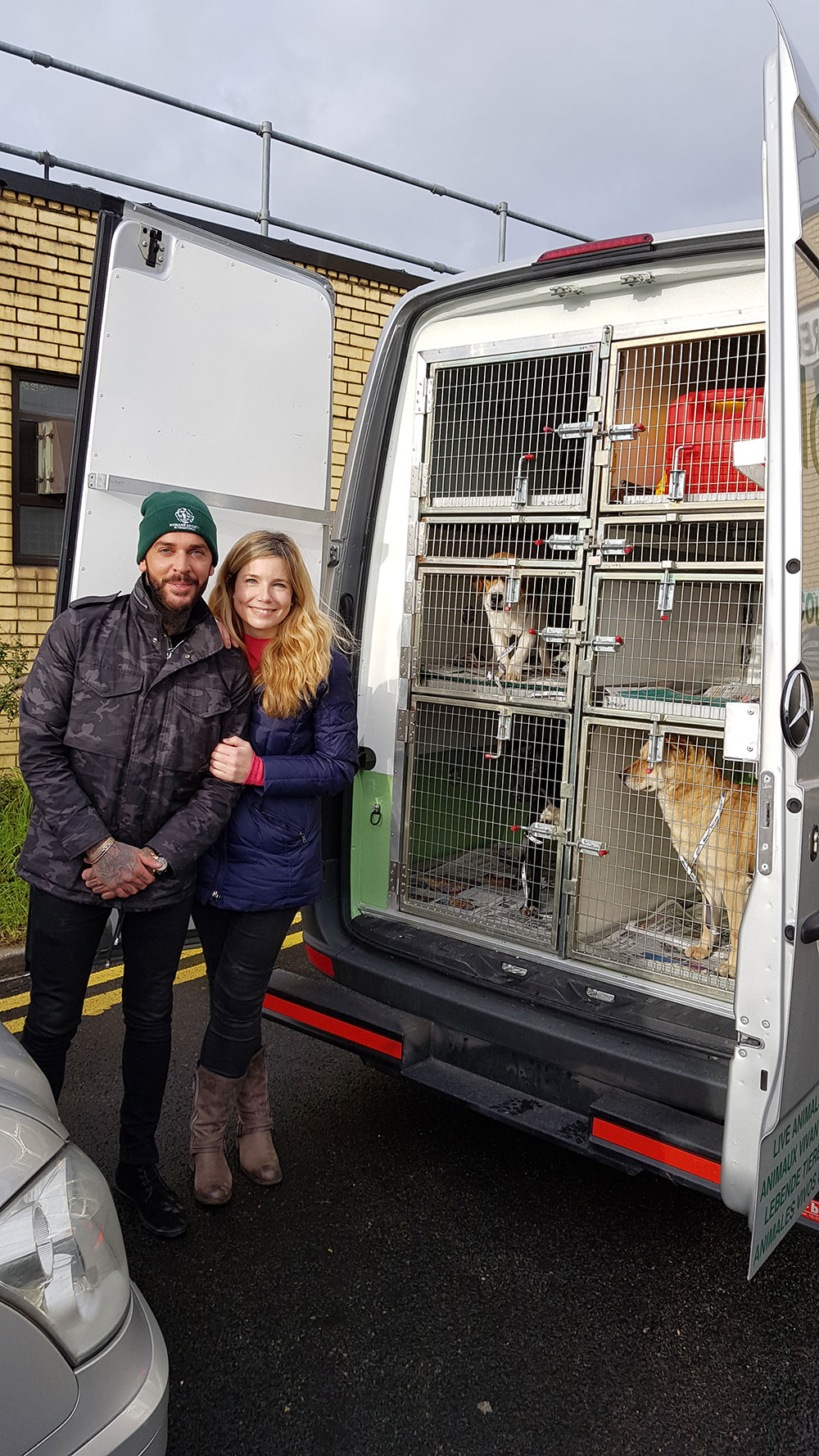 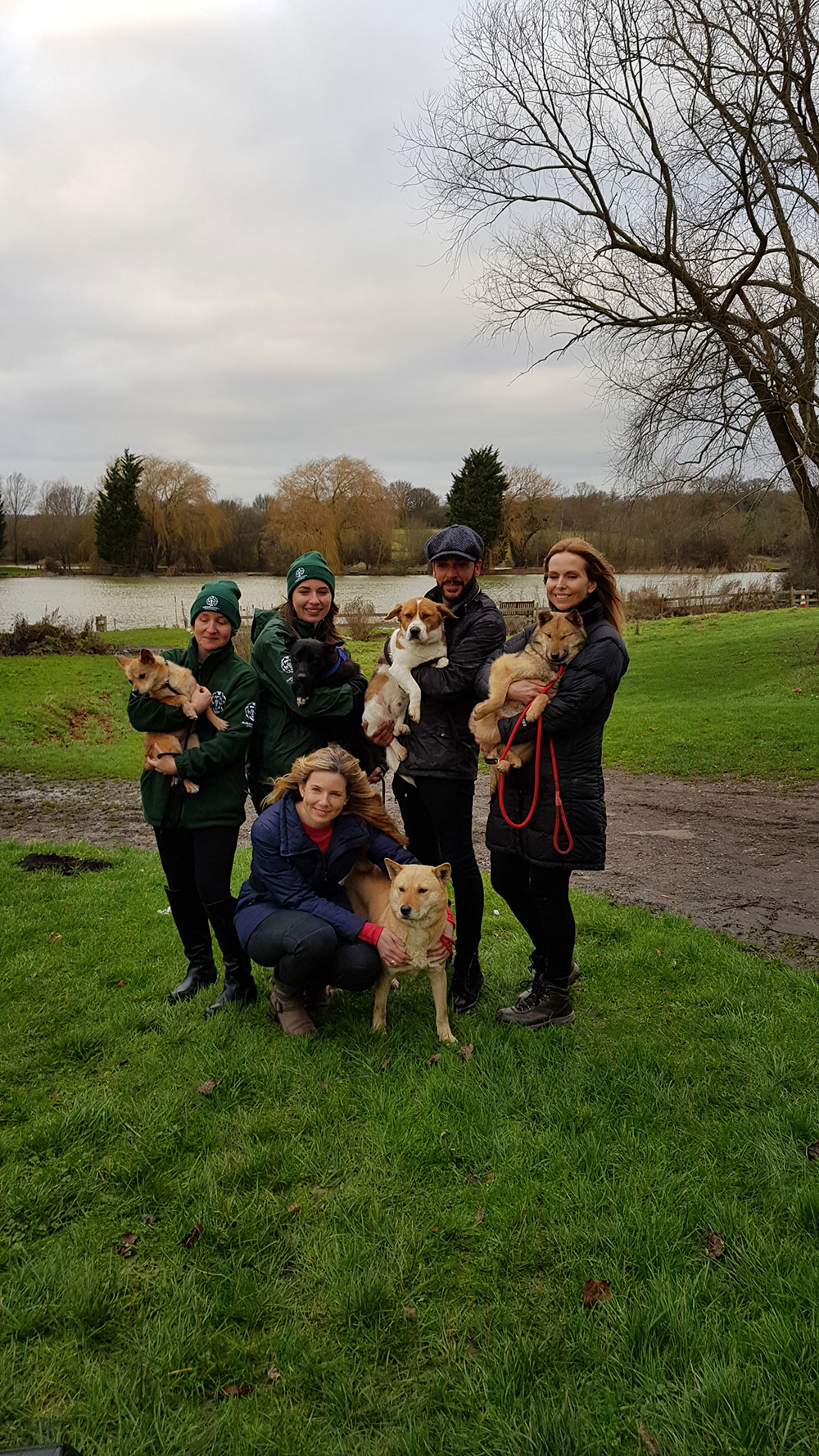 Arrival at All Dogs Matter 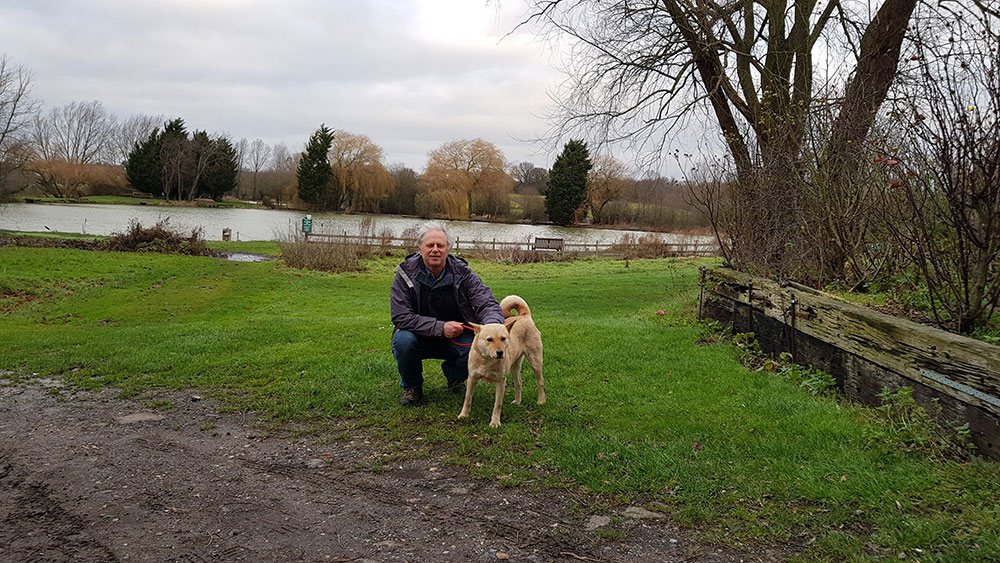 Courier R with one of the rescued dogs

All Dogs Matter is now socialising and assessing 12 of the dogs for rehoming. To register interest in adopting one of the dogs, apply online at https://alldogsmatter.co.uk/event/korean-dogs/

The 13th dog, Henry, already has his new home — with HSI’s Claire Bass. Claire wrote to courier R to say:

“Thank you SO MUCH — your professionalism, patience and kindness were hugely appreciated by me and the HSI team, as well as the All Dogs Matter team.”