Animalcouriers sponsored the transport and container costs when the East Surrey Badger Protection Society released its 200th orphaned badger cub. The event took place shortly before Christmas last year, and marked a significant milestone in a badger release programme that started some 15 years ago.

The society works with project partner Wildlife Aid in Leatherhead. Raymond Ings, chair of the society and Animalcouriers’ courier R, explains: “Working with Wildlife Aid, we are able to give these badgers that have had a difficult start in life a second chance. 2017 proved to be a bumper crop with a record 18 badgers to find homes for.”

The release involved two separate locations, one in the Surrey Hills and the other south of Caterham; two landowners kindly provided the release sites. It’s not easy to find a suitable location to release badgers into:

“With housing springing up all over Surrey, and a rising population driving more and more cars, the job gets more difficult every year,” says Raymond.

Once a site has been assessed for its suitability, the hard work begins. The containment pen area is marked out and some of the vegetation removed. A digger is needed to carve out the tunnels and chambers that will form the underground home for the badgers. 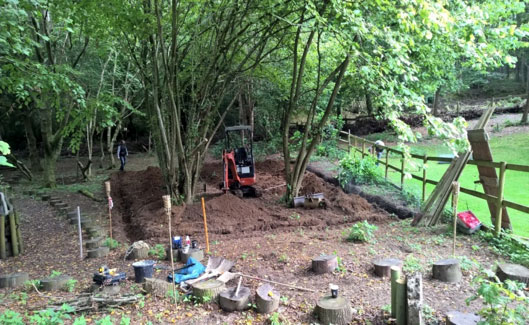 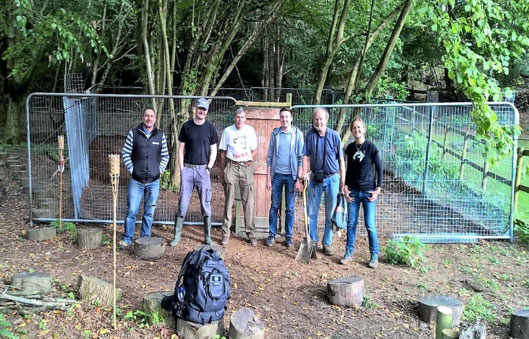 The intrepid team of builders

The society uses drainage pipes for the tunnels, which are then covered over with soil to ensure a number of clear entrances for the badgers to come and go. Some of the tunnels have dead ends to give the badgers the opportunity to engage in their natural behaviour of digging and extending the tunnel system.

Once the artificial sett has been completed the pen is surrounded by a badger-proof fencing system.

The release is done in stages. First, the badgers are kept in the confines of pens for five to six weeks with food provided. This allows them to adjust to living an underground life and gives them opportunities to dig and enlarge their subterranean dwelling.

Then, one side of the pen is removed, so the badgers were free to come and go from the wild or back to the security of their constructed home as they wish.

A reporter from BBC Radio Surrey was on hand to interview Raymond. A key point of interest was the contrast between the East Surrey Group’s long-standing and successful release programme, and the fact that in other parts of the country, such as Gloucestershire and Somerset, thousands of badgers are killed on the basis that this reduces the levels of TB in cattle — despite the fact there is no scientific evidence to support this claim. 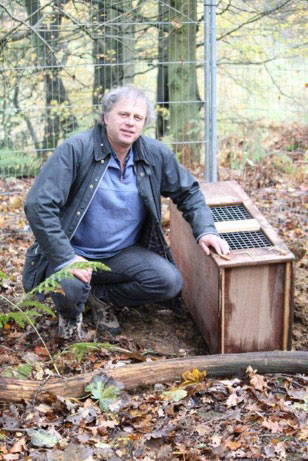 Raymond Ings with one of the badger containers 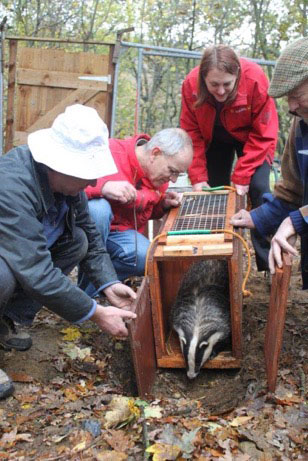 A badger being coaxed out 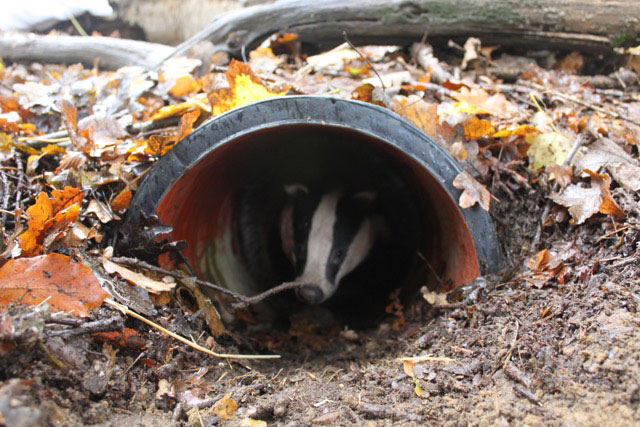 Badger emerging from the sett