12 cats relocate from the UK to France

Animalcouriers is heading from the UK to Greece via France and Italy, delivering pets to their new mainland European homes along the way. We helped 12 cats relocate to three new French homes.

This feline quintet has moved, with owners Deborah and Keith, from Essex to Savigny le Vieux, in Normandy.

Their new home is of considerable historical interest, being the place where Jean Louis Dior (1812-1874) started the family business in an upstairs room, initially selling chemical fertilisers, then detergents and bleaches. Jean Louis was the grandfather of grand couturier Christian Dior.

Later, the house became a school, with two large classrooms downstairs and live-in accommodation for teachers above. Today, the school, which has 22 pupils, has moved to a new location up the road. 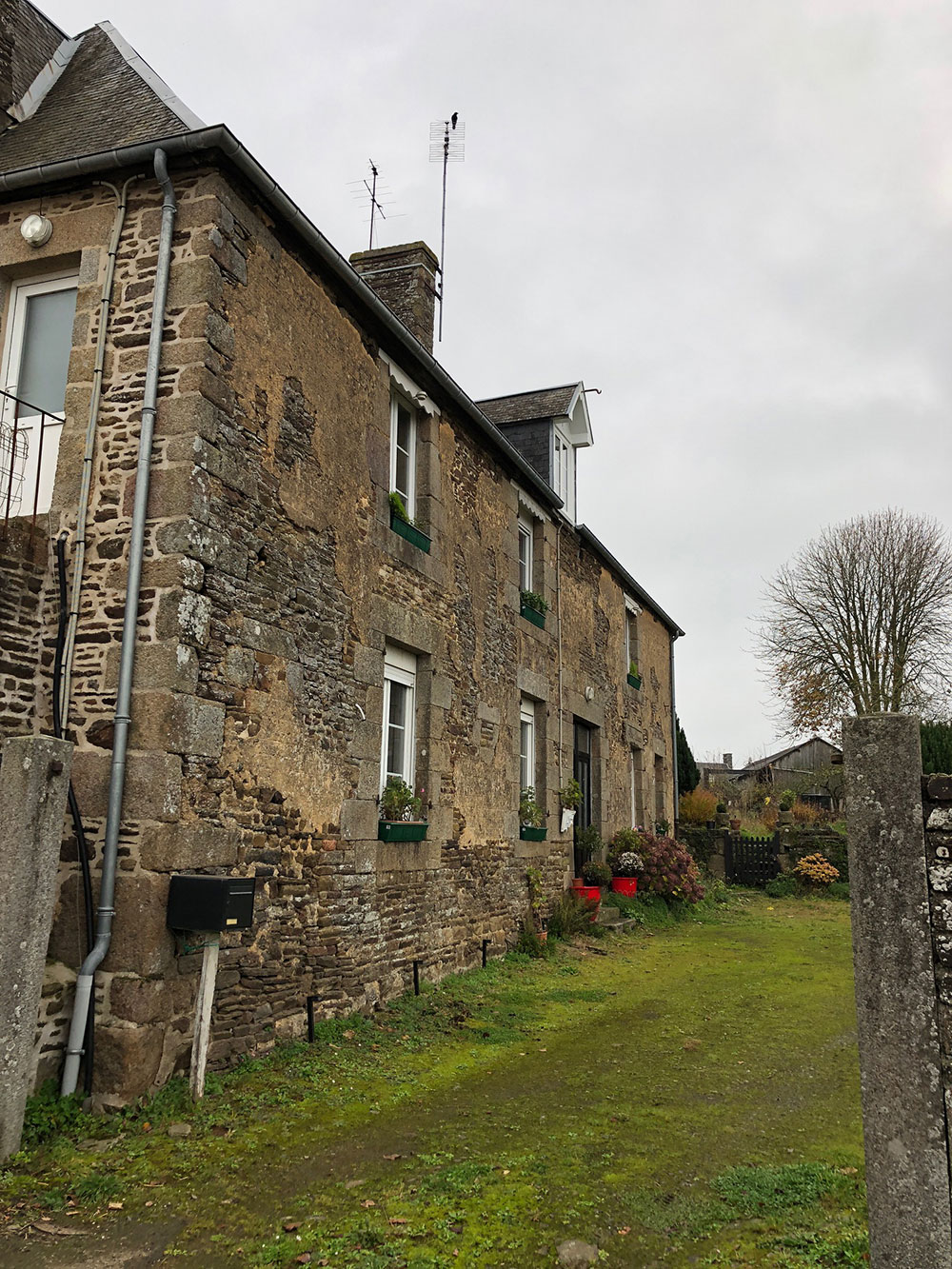 The former Dior residence and school 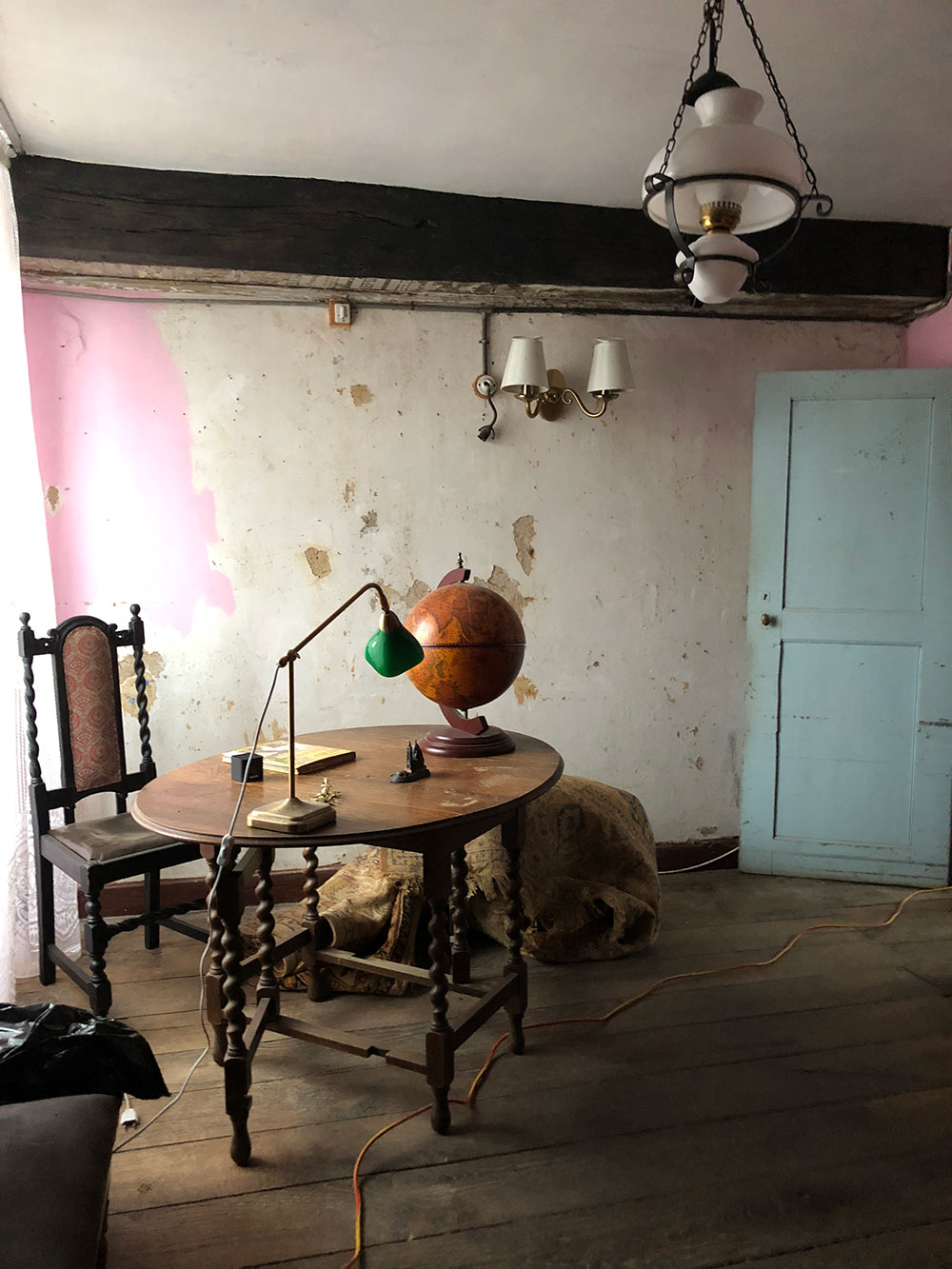 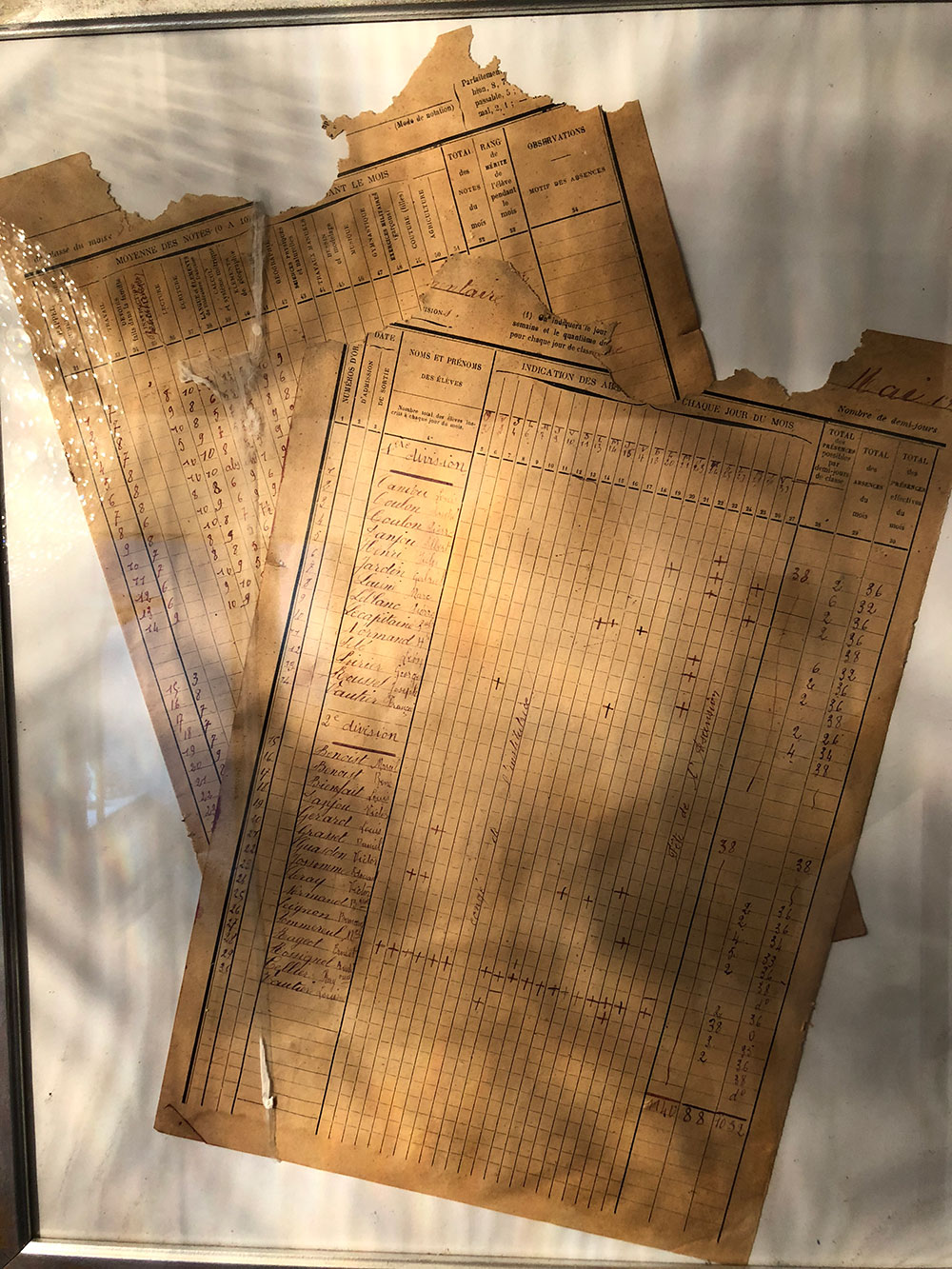 Deborah and Keith came across an old class register. On researching local records, they discovered that one of the boys listed still has family living in the village. 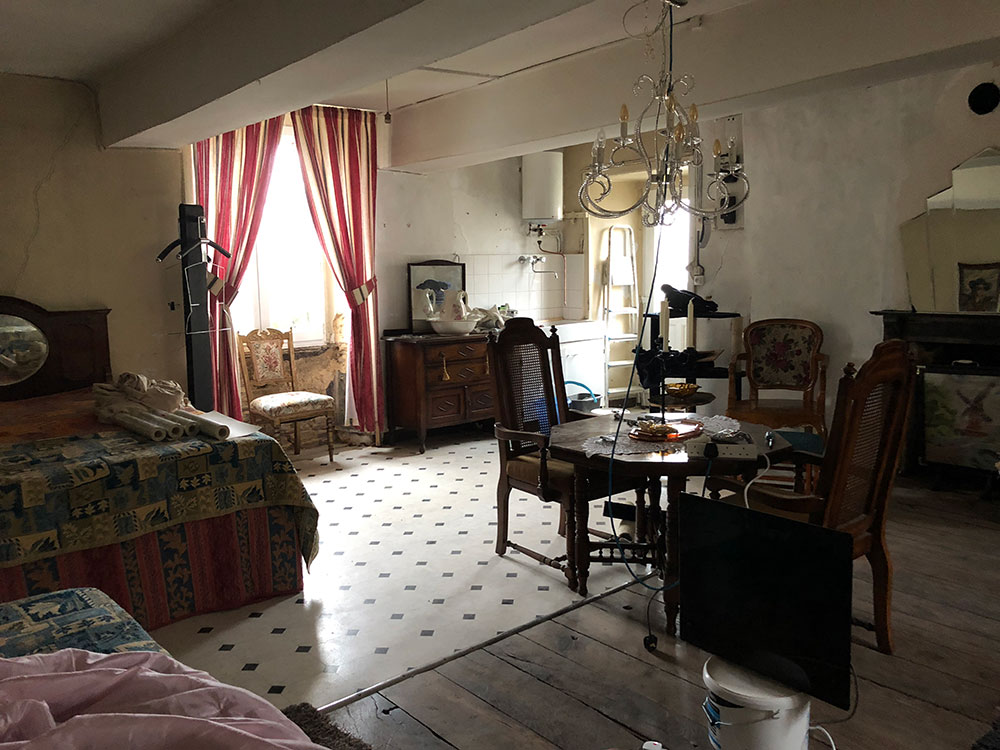 Deborah and Keith have allocated this room to the cats initially, as they start the process of getting to know their new home 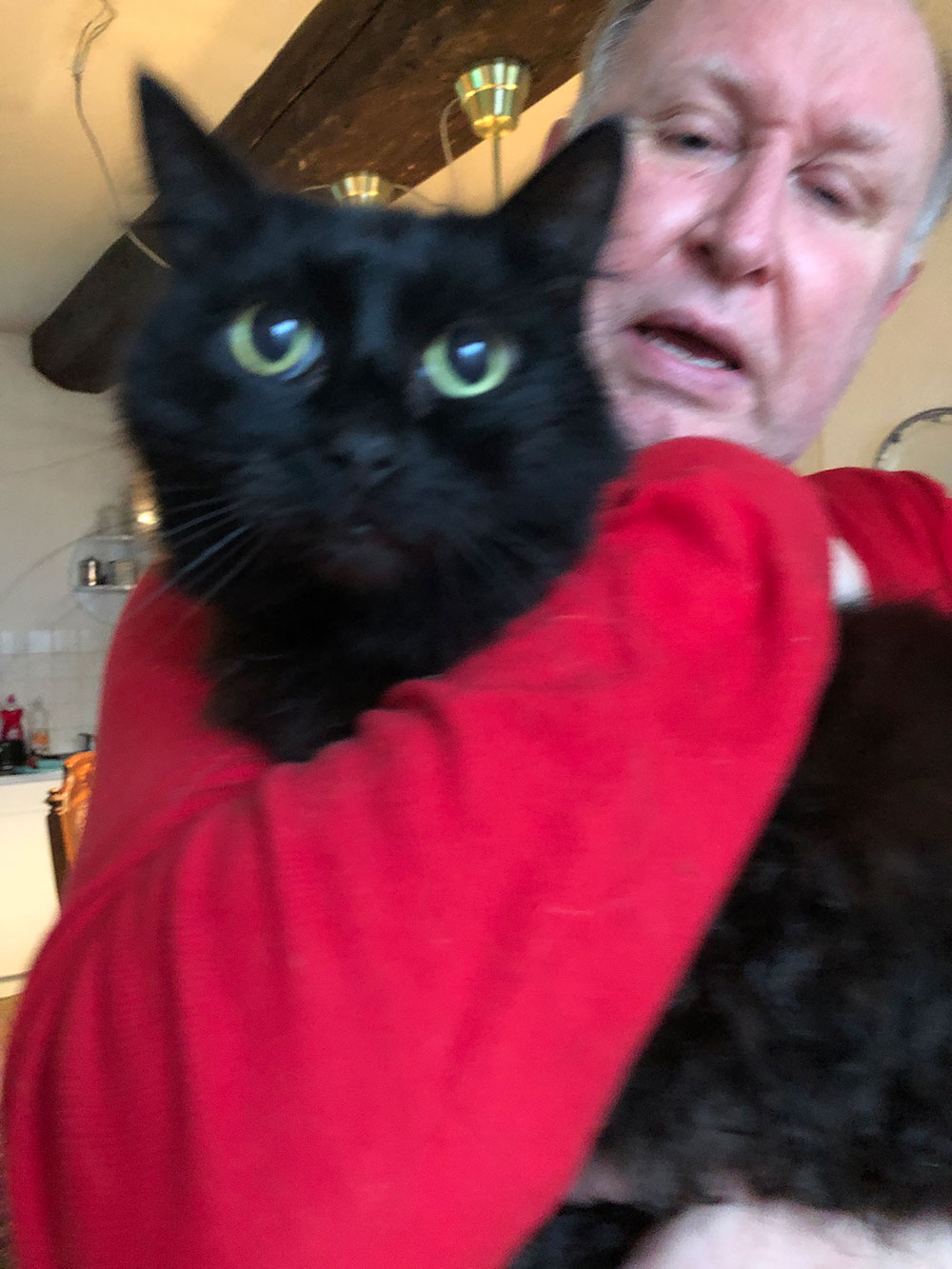 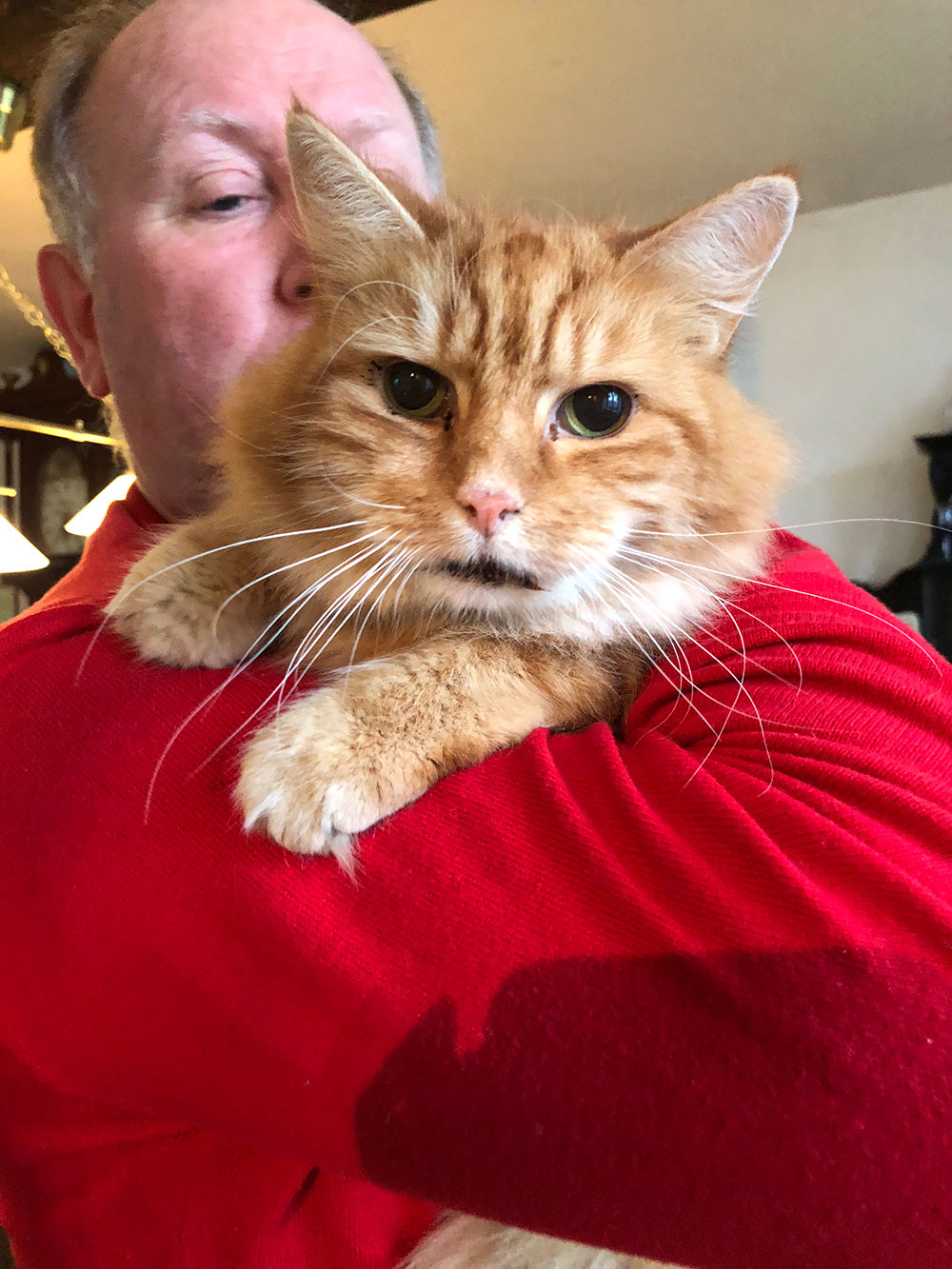 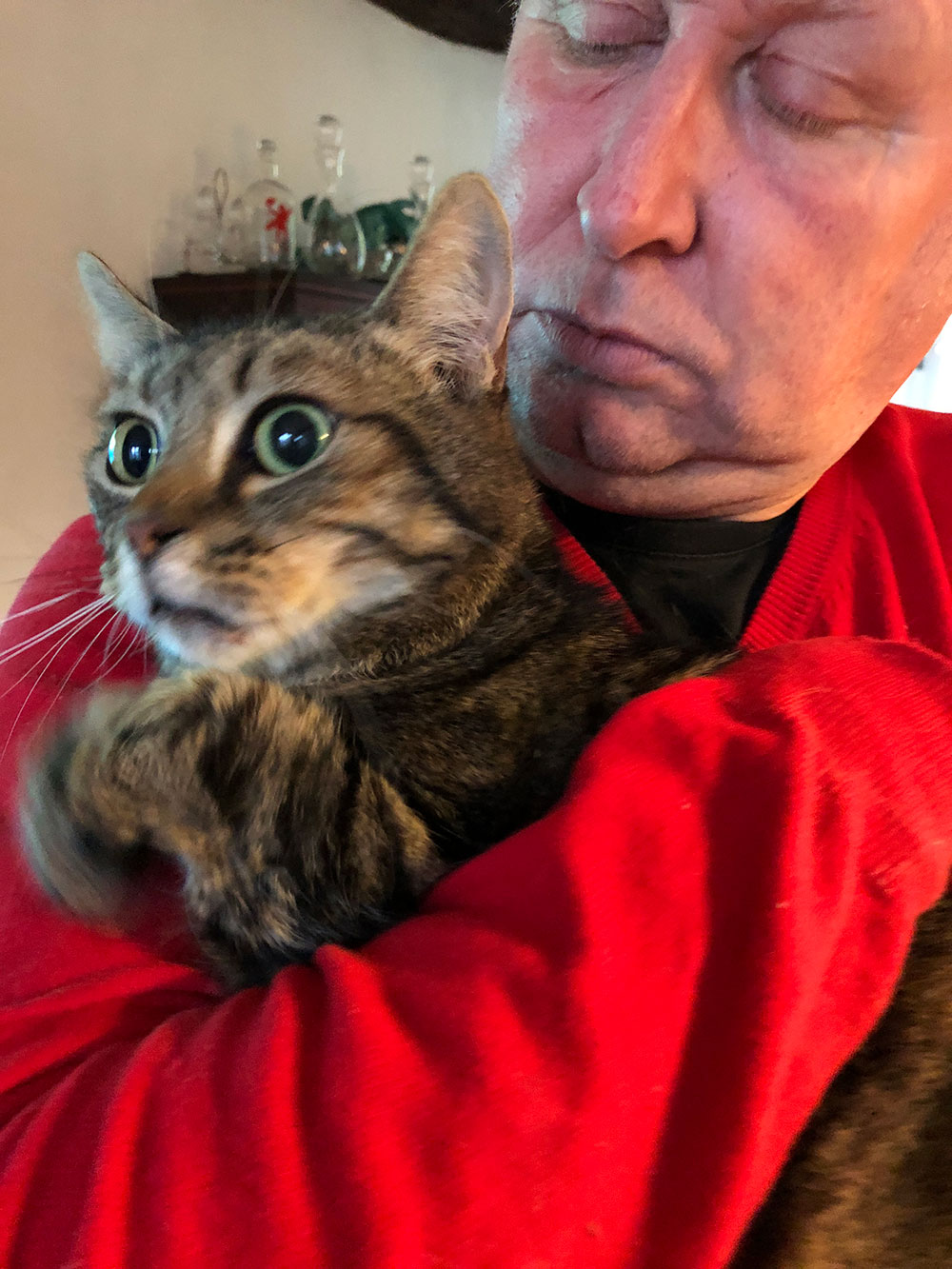 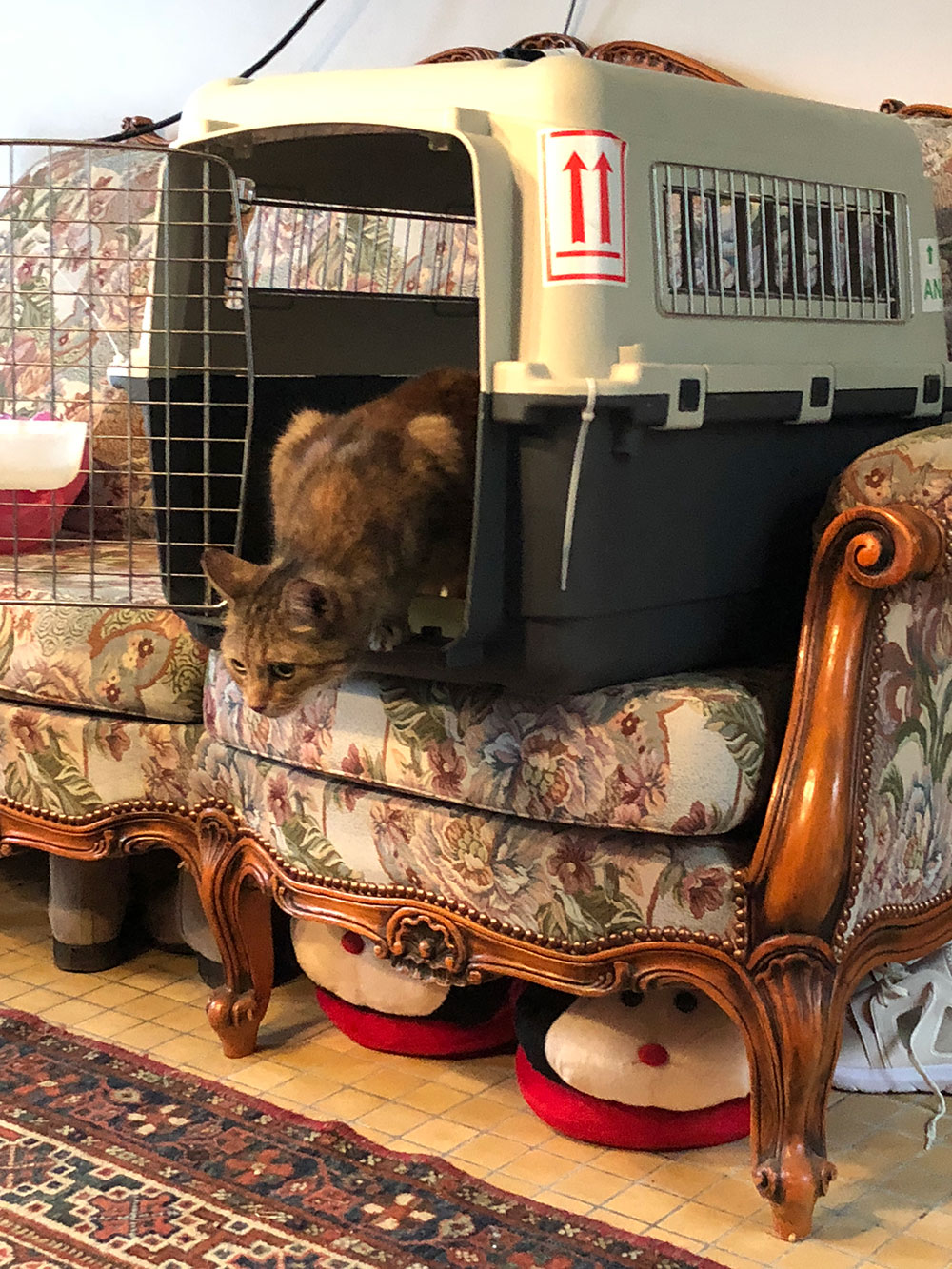 Blaze ready to leap down and explore 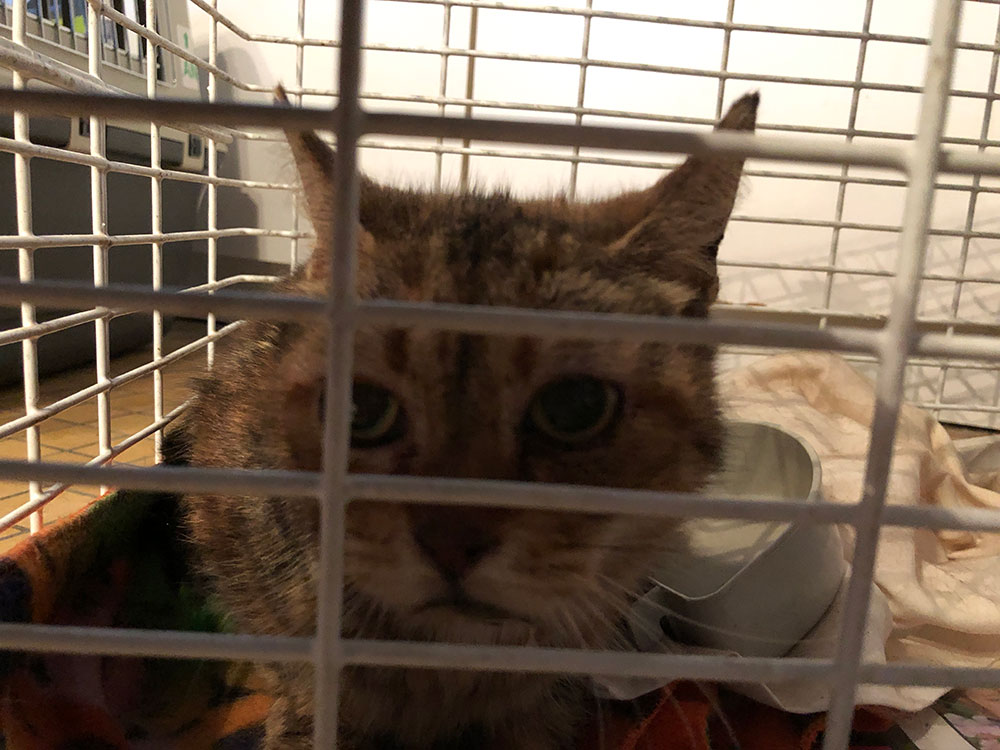 Katie, the most timid of them all, decides to spend a few extra moments in her carry box

Ann and her husband have relocated from Jersey to Valeilles in the Tarn and Garonne. They made the move via Devon, where we collected their six cats from the Old Moor Boarding Cattery in Bideford.

Understandably, there was much excitement when we turned up at the door with these beloved kitties. 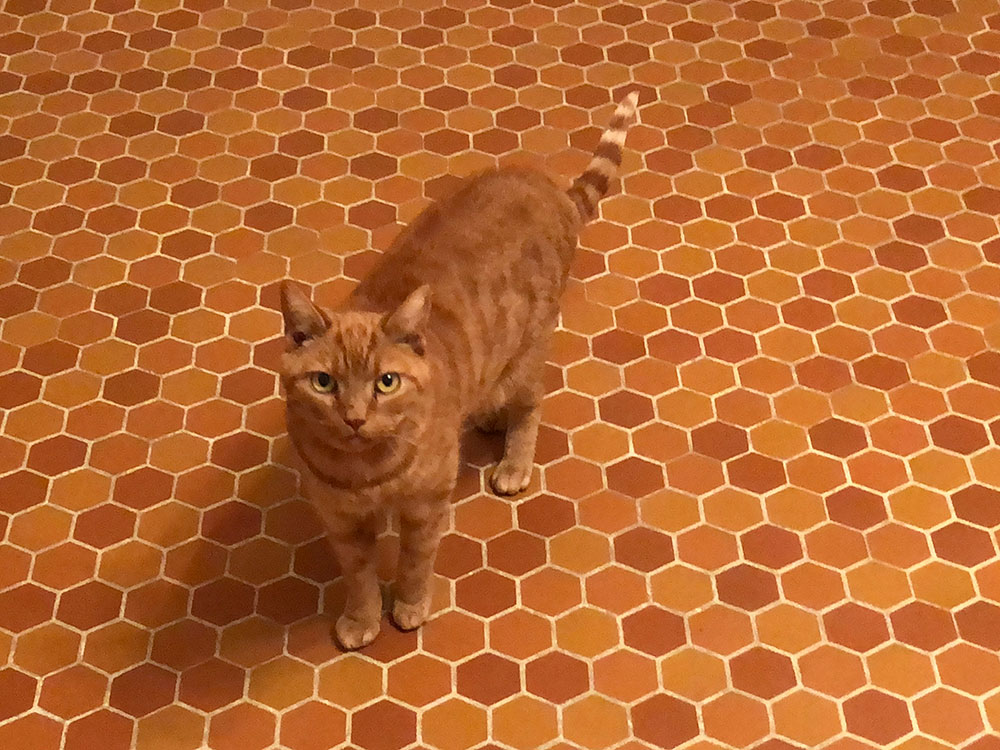 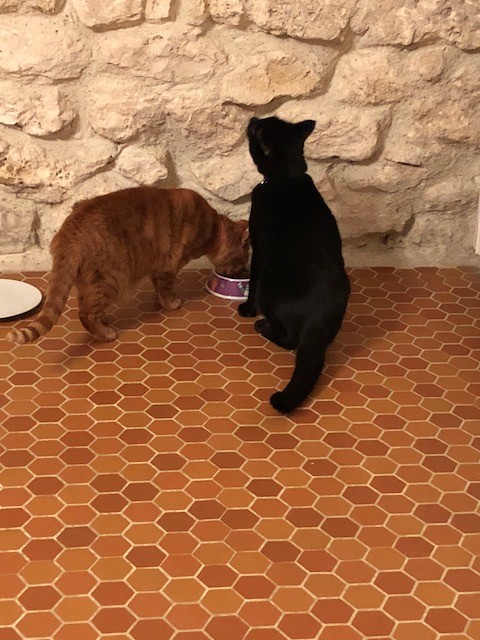 …and ready to tuck in to some nosh, alongside much shyer Shadow 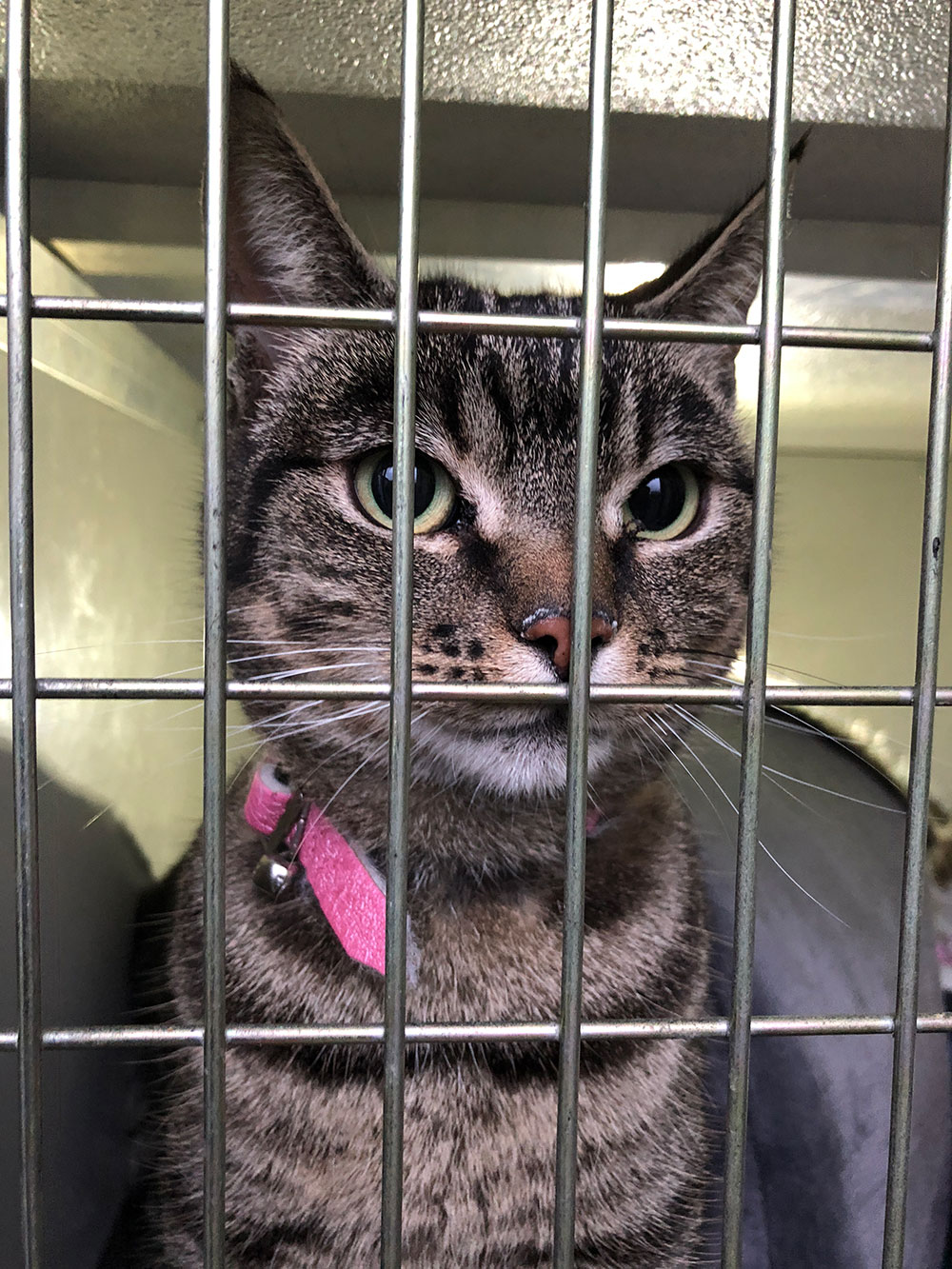 Fluff is quite a beauty… 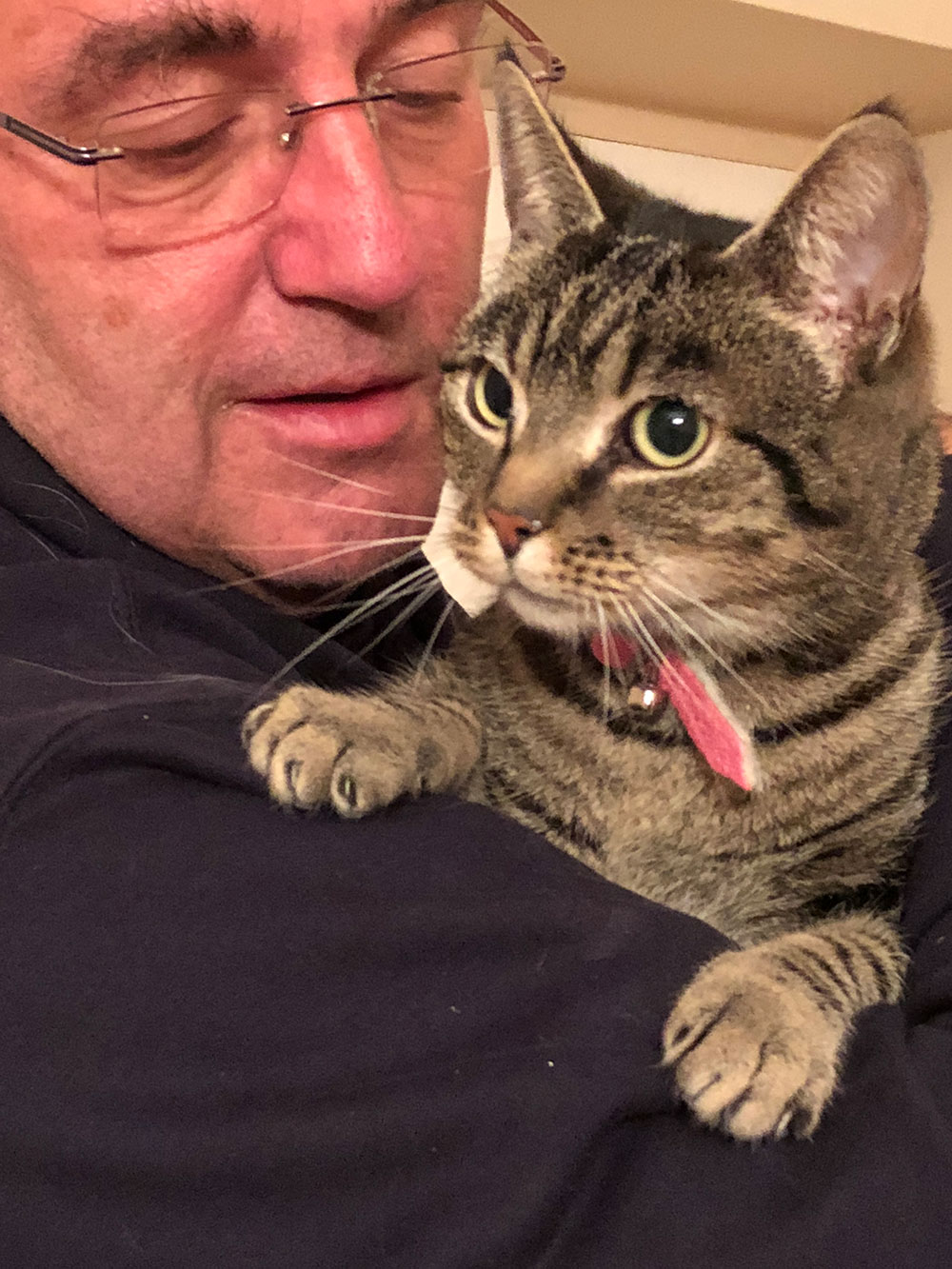 …and very pleased to be back with her family 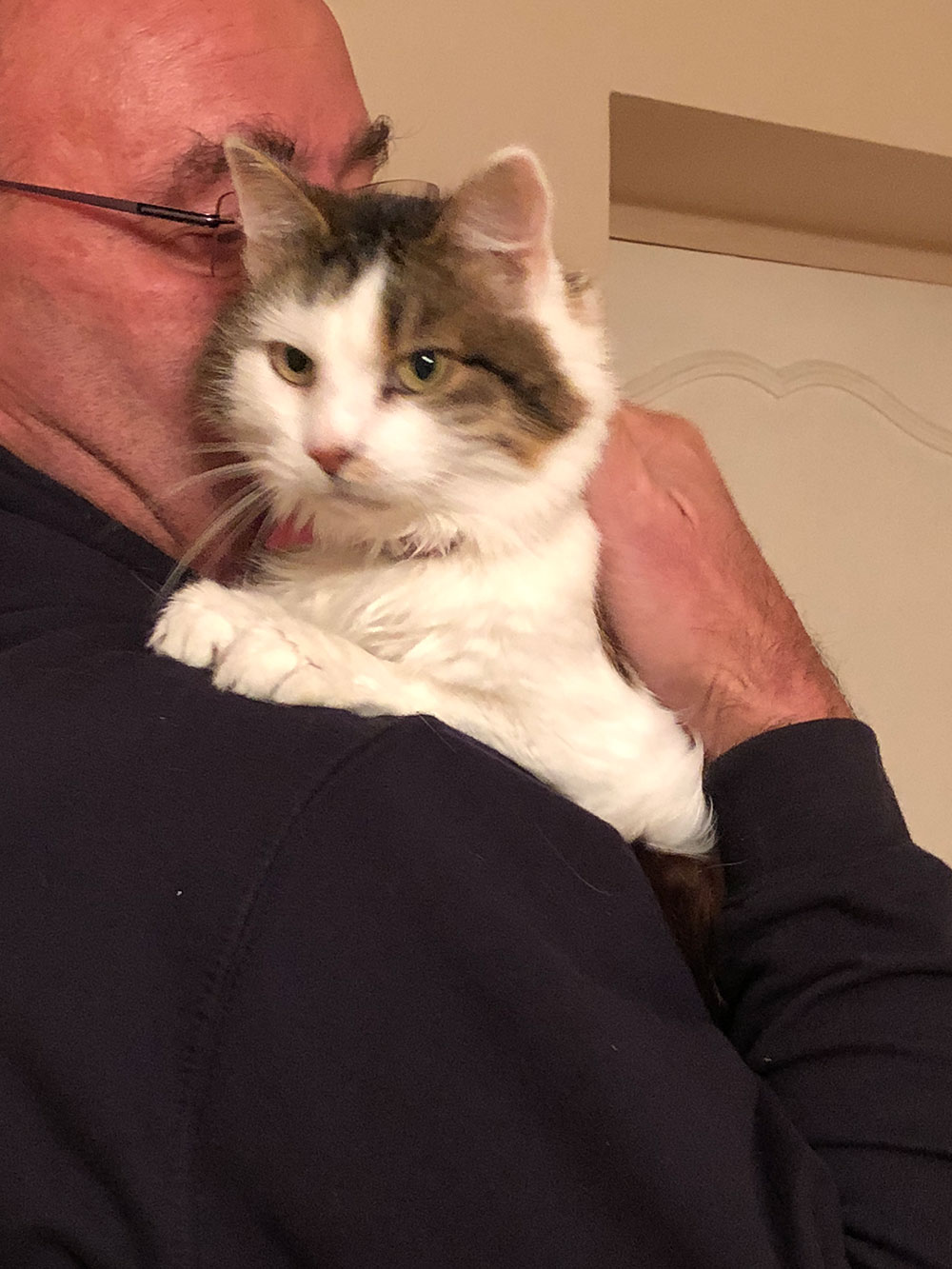 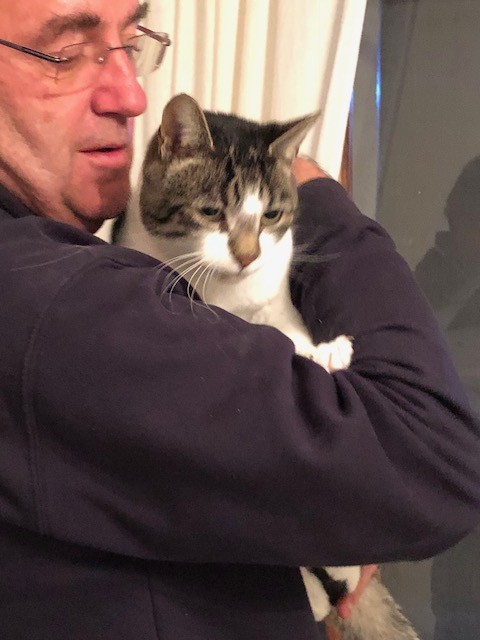 Dave finding it hard to choose between hugs and exploring 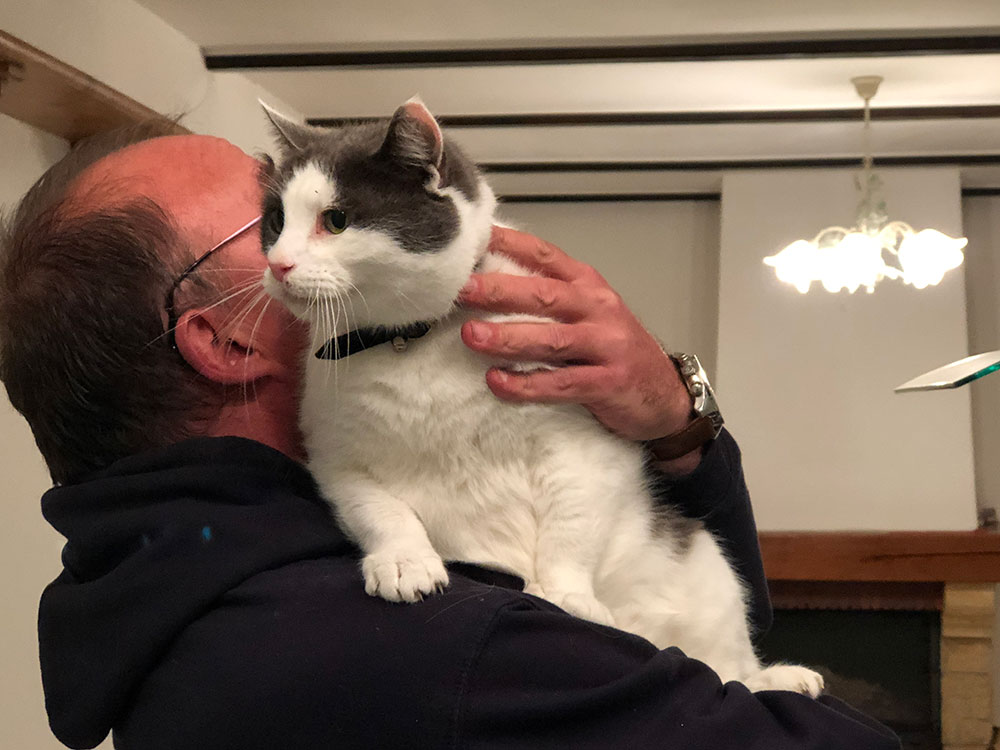 Panda gets a hug, then… 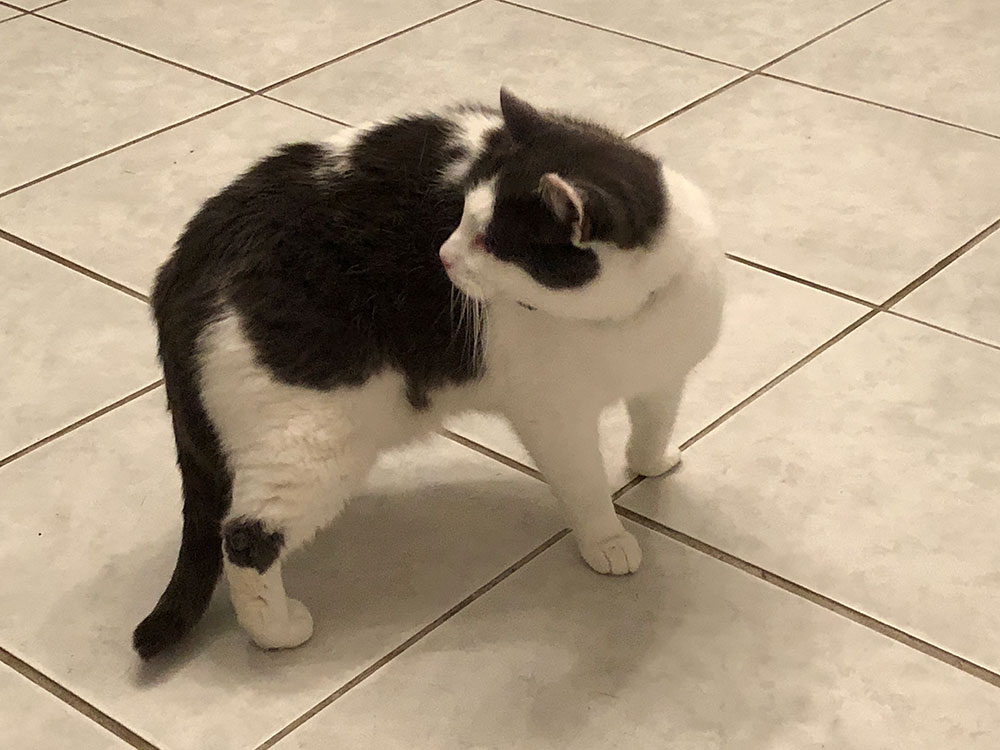 …jumps down to explore

In Castelnau de Gers, we delivered gorgeous Princess to Lucie. Princess belongs to Lucie’s daughter Joy, who’s moving to Athens to live with her boyfriend. As there’s already a dog in residence at her boyfriend’s home, Joy felt that Princess would be happier living with her mum in France. From the welcome Princess received, we think she’s going to enjoy her new life in this very pretty part of the country. 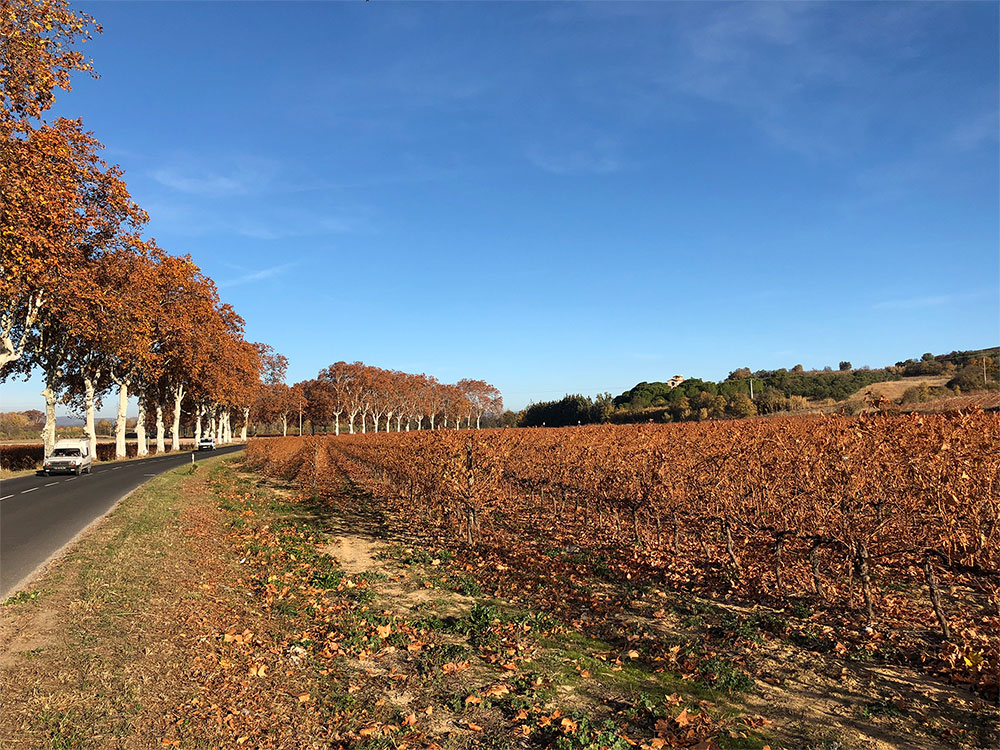 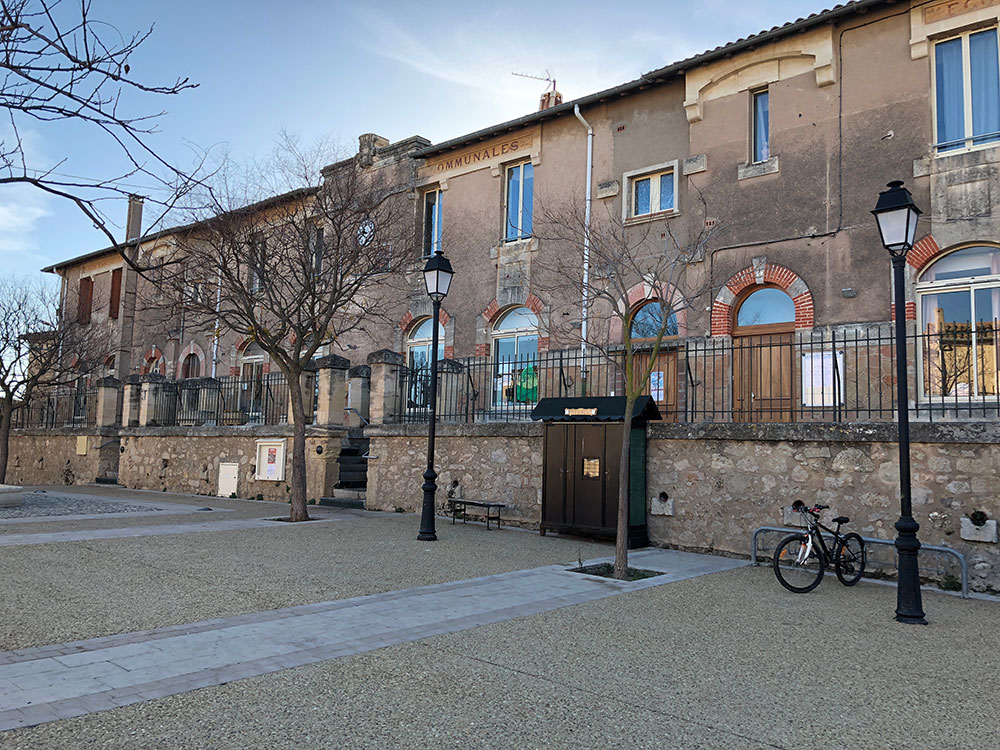 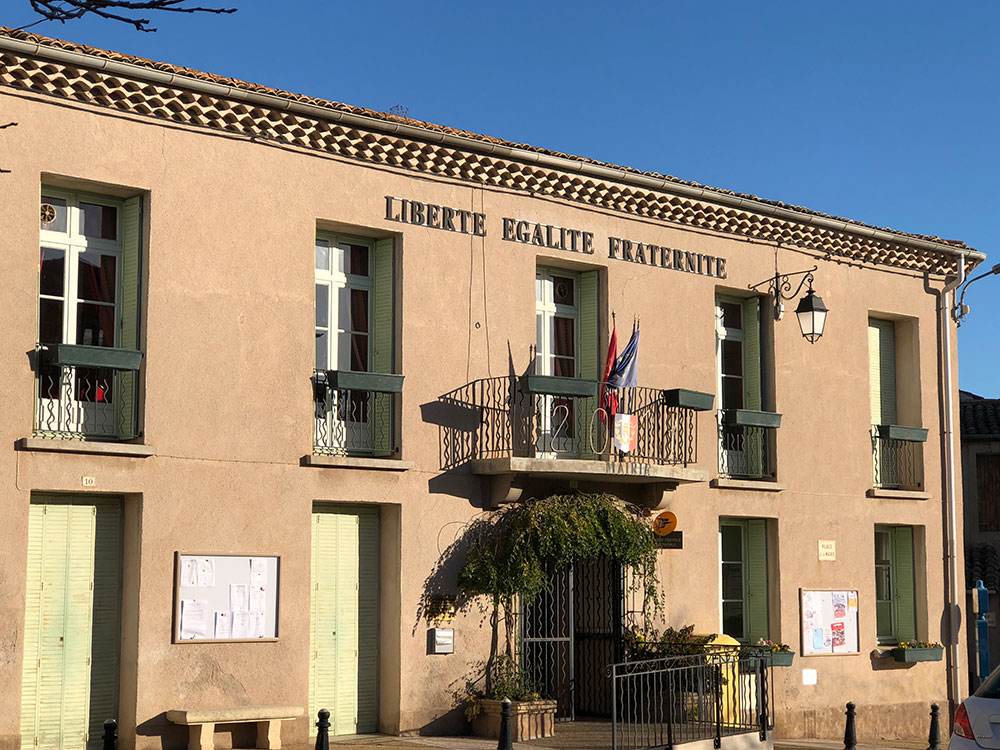 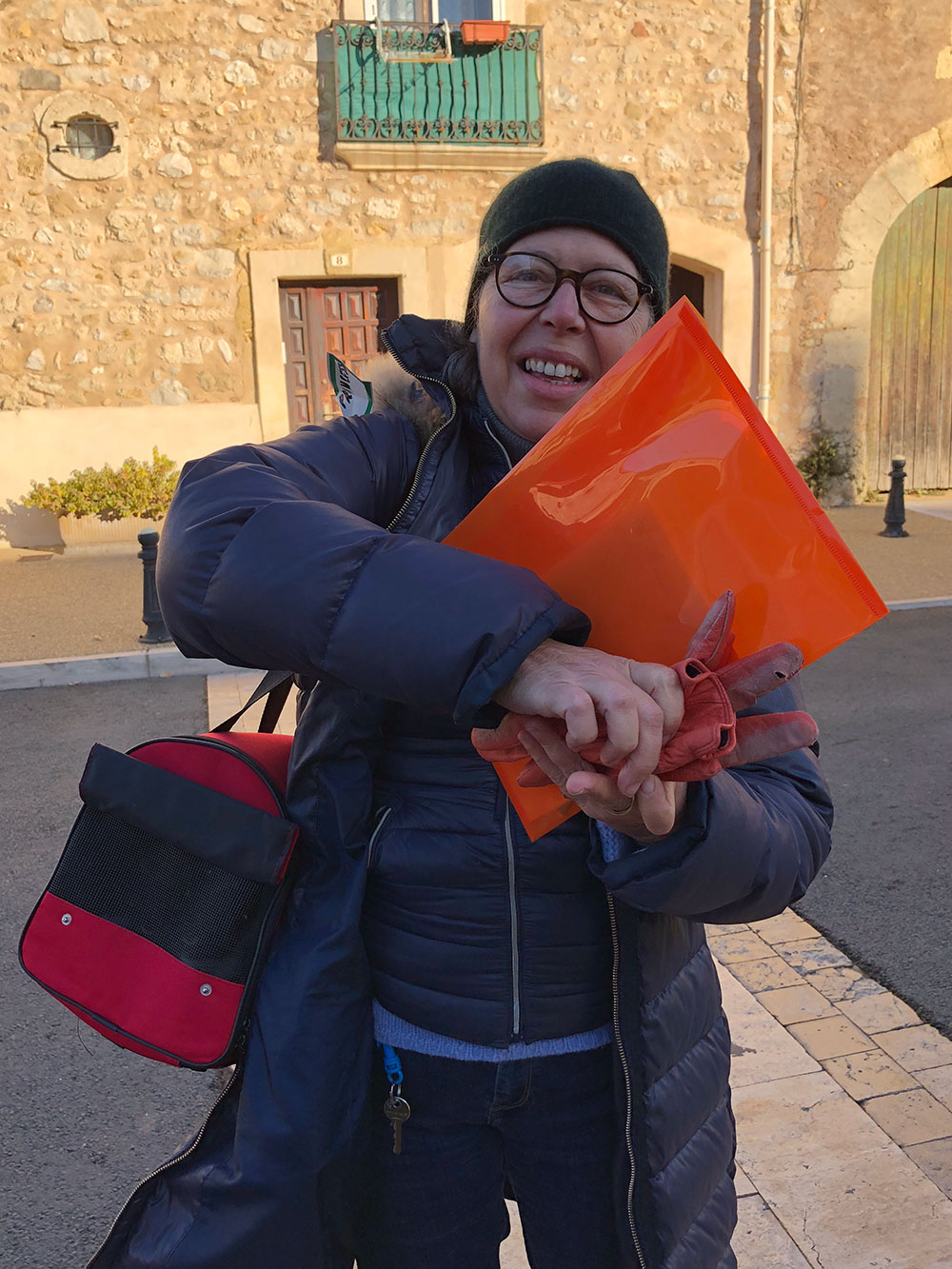 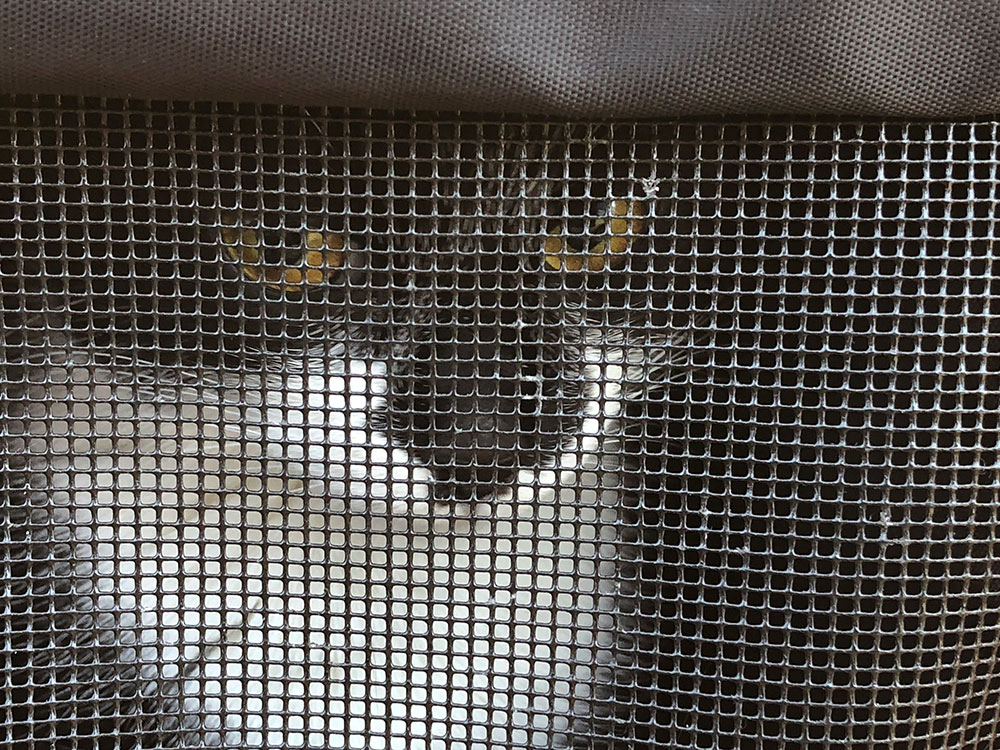 Princess peeping out at her new environment. She’ll be living in a road just behind the square. Lucie assured us there are lots of lovely places for Princess to explore. 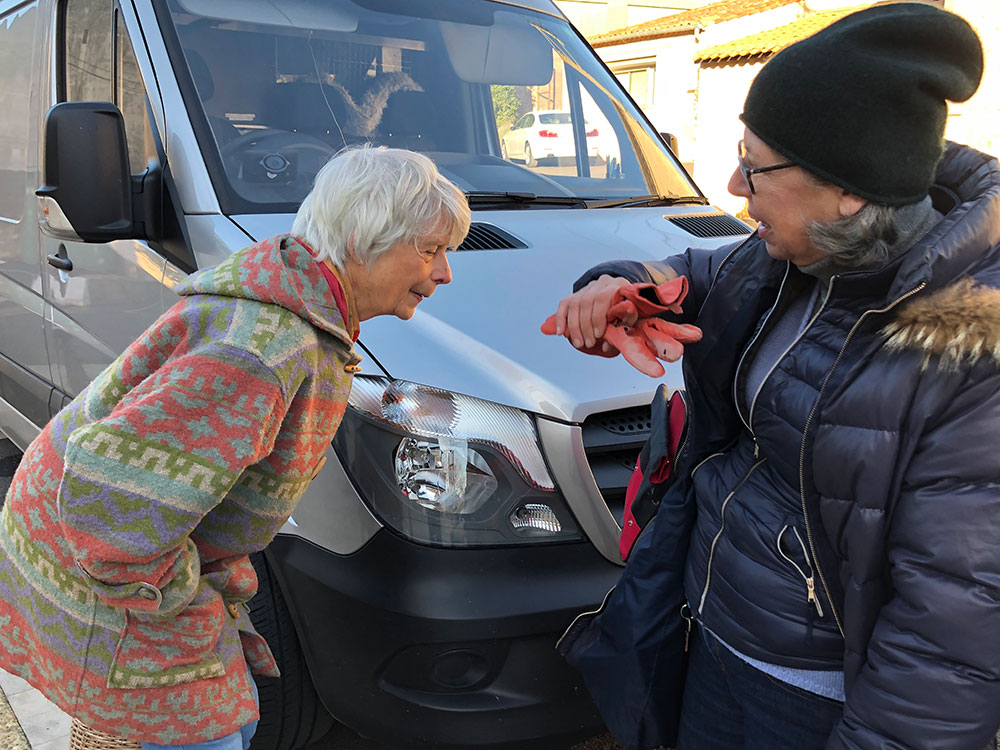