Couriers J and Matthew added pets from Madeira, Portugal, Spain and France to their recent return journey from Greece. As soon as they reached the UK, happy reunions began.

Charming French Bulldog Anouk flew with her owner from Funchal, Madeira to Lisbon in Portugal, where she joined our road trip to the UK. Anouk, a very settled passenger, is travelling all the way to Inverness in Scotland. 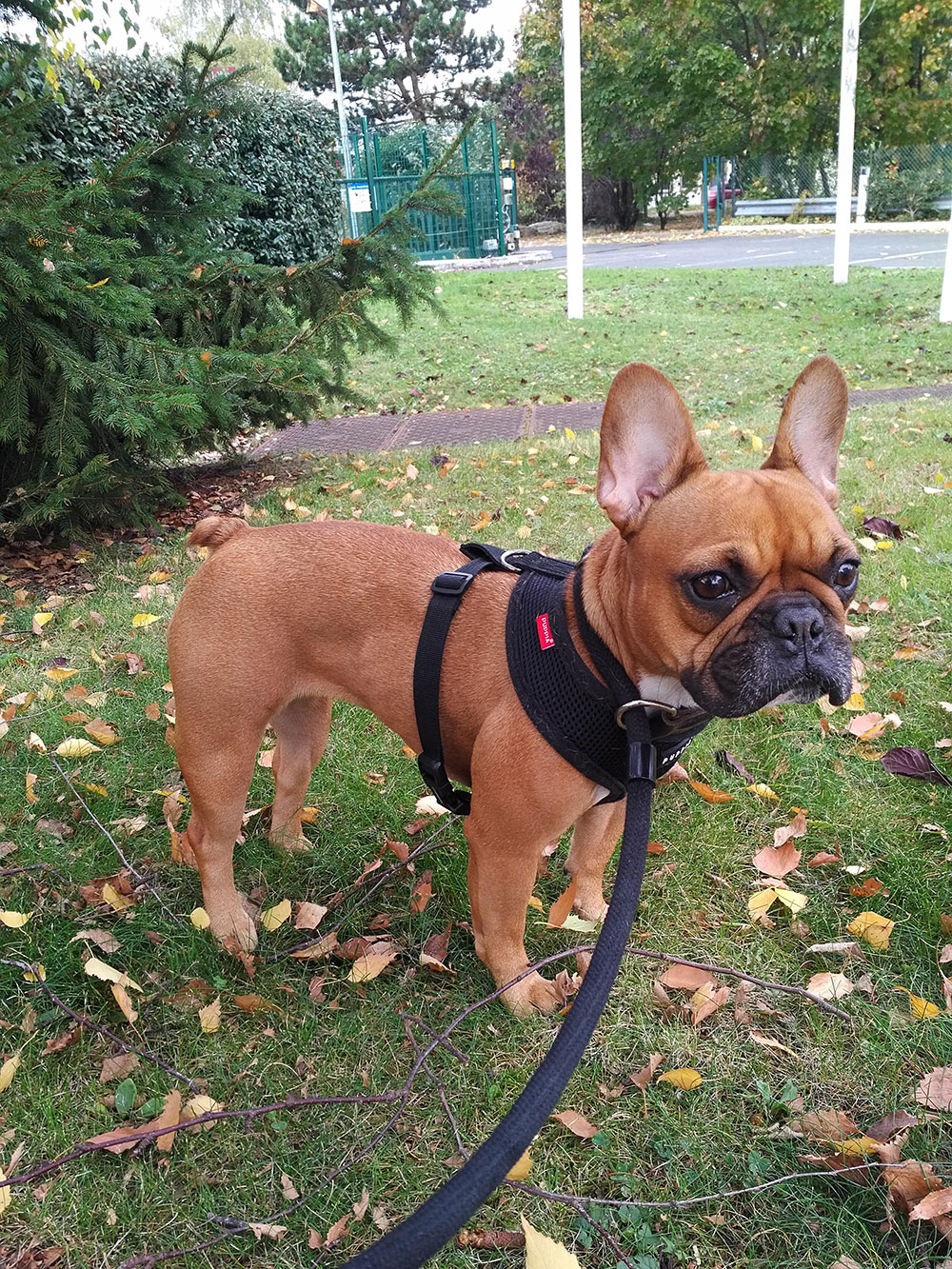 Anouk out walking at our hotel in Tours

Ollie and his family have been living in Lagos, Portugal, for some years, but now it’s time to return to the UK. The family had to leave before we were due to stop by, so we suggested Ollie stay with our old friends Heather and Alan at the nearby Barking Mad Kennels. Ollie tells us he had a great time there. 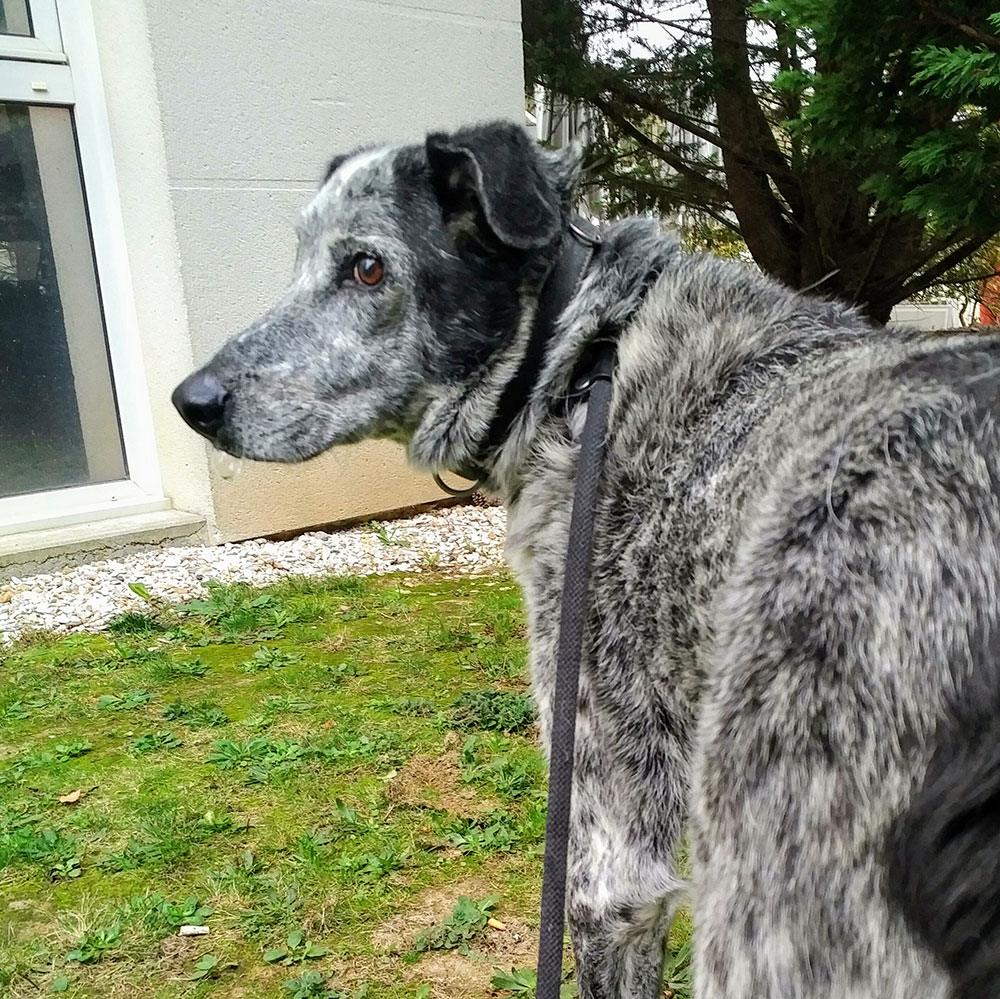 While Beverley and her family were on holiday in Albufeira, on the Portuguese Algarve, they met pretty little cat Stevie. Realising they were the cat’s only source of food, and knowing their holiday let was closing for the winter, they decided to find out how to adopt Stevie and bring her back to the UK. An animal charity shop directed them to Diana at Animal Inn Guia. Diana and Beverley organised Stevie’s pet passport, and Stevie then boarded with Diana until she could travel. 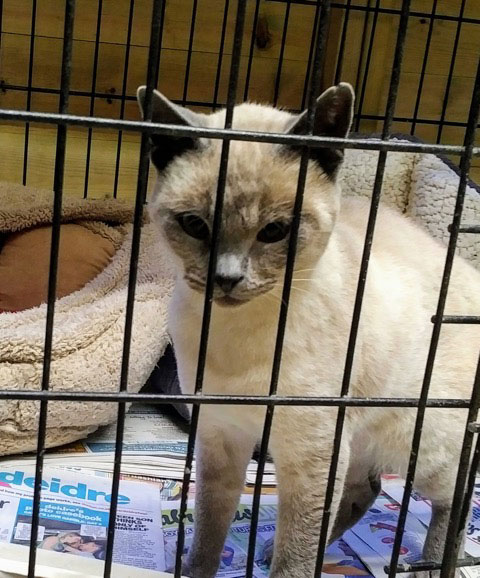 On reaching the UK, Stevie homeboarded with courier J until Beverley could collect her 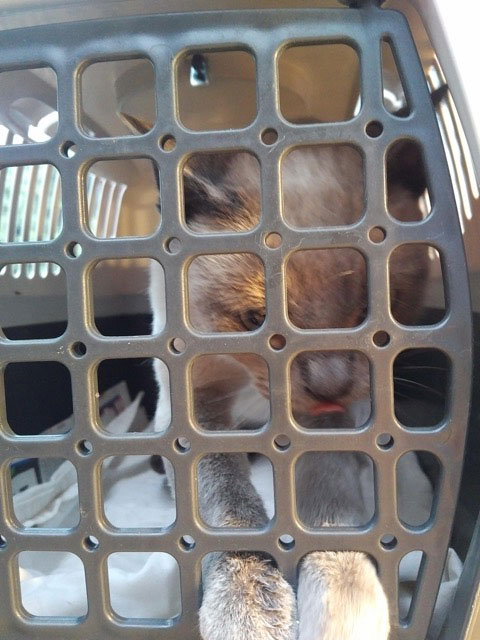 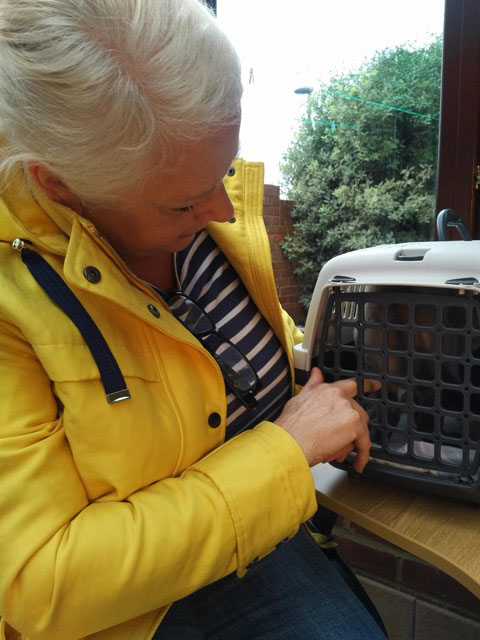 Beverly with Stevie. She will take Stevie for a checkup at the vet as it’s possible she has eyesight trouble. Clever Stevie to have attached herself to Beverley, who is set to take proper care of her.

Rocky hails from Estepona in Spain, where he’s been living with his family. Now they’re relocating back to Surrey, and Rocky is making the journey with us. 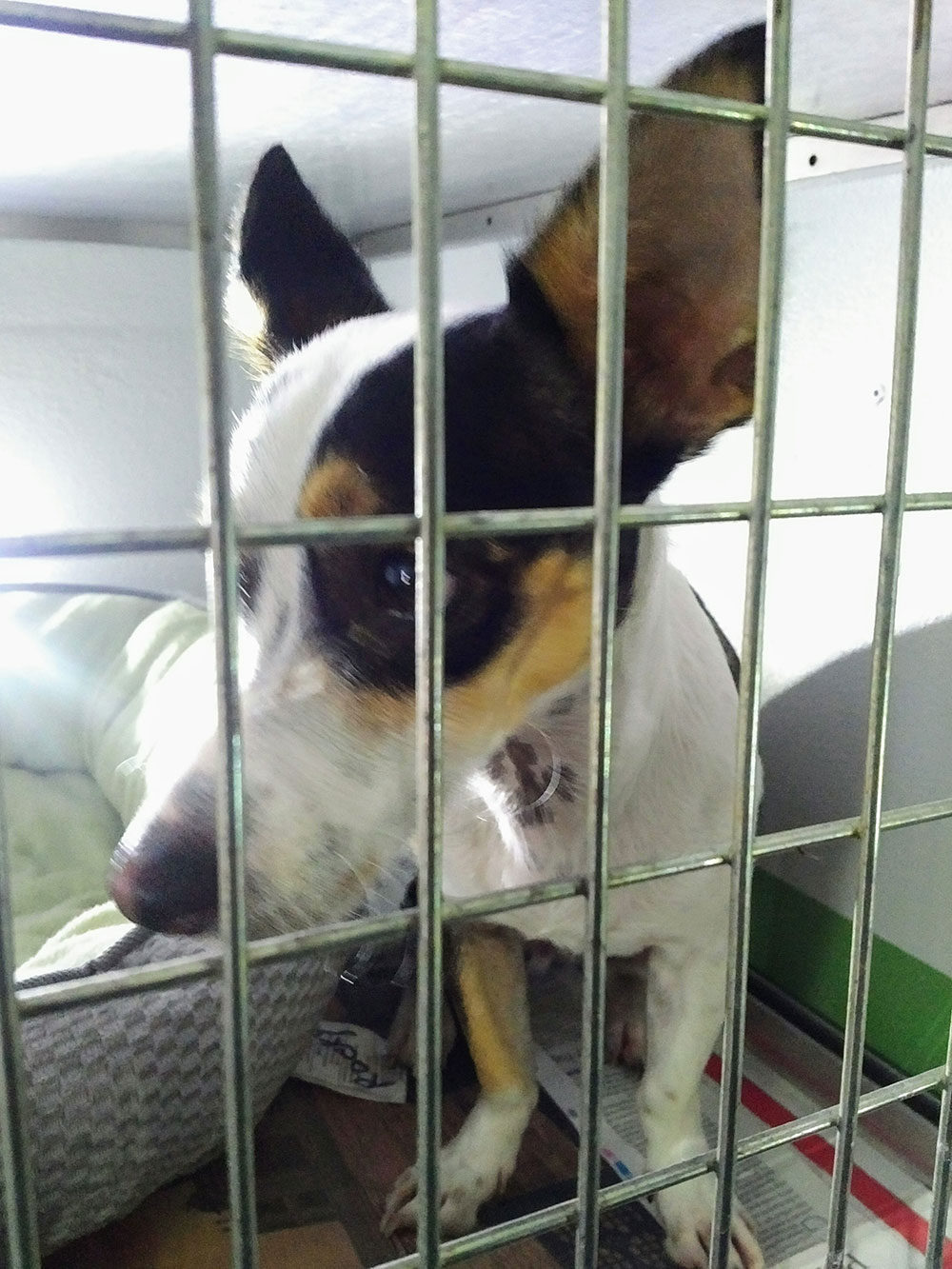 He’s travelling with his favourite bed and other accoutrements

Beautiful tabby cat Sophie belongs to Michael. We collected her from Dordogne Riberac Cattery, where she’s been staying since Michael went on ahead to the UK. Michael is looking forward to catching up and hearing all her news. 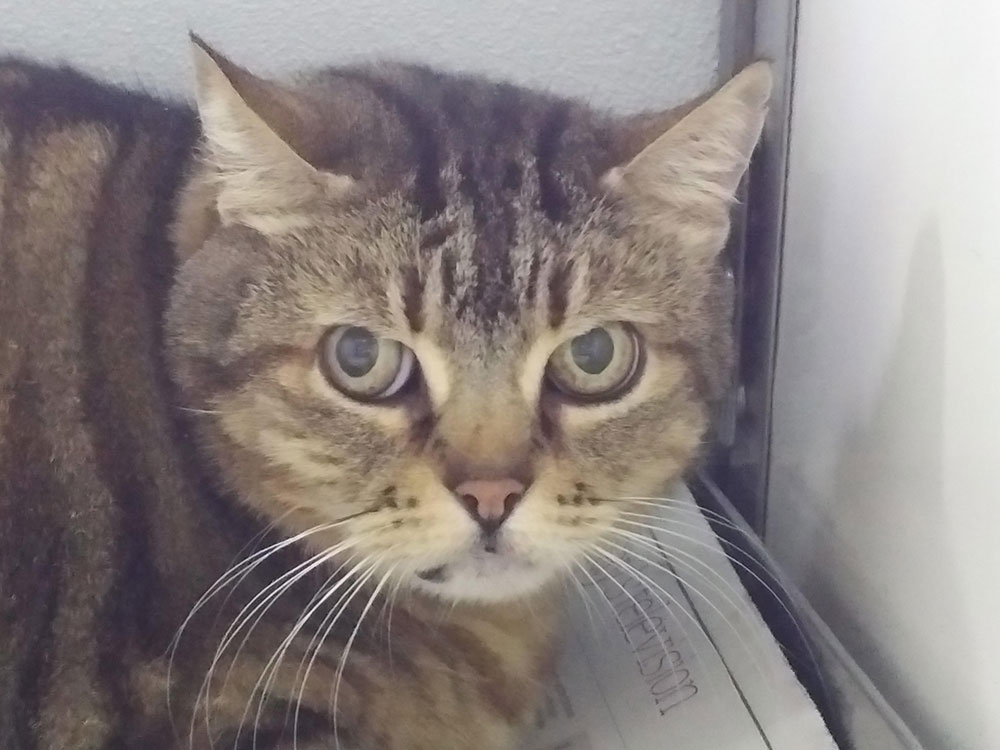 Sophie not too keen on having her photo taken!

This mum and daughter pair of Maltese Terriers are part of our Greek contingent. They love a good dash about on their walks — at least as far as a lead will allow. 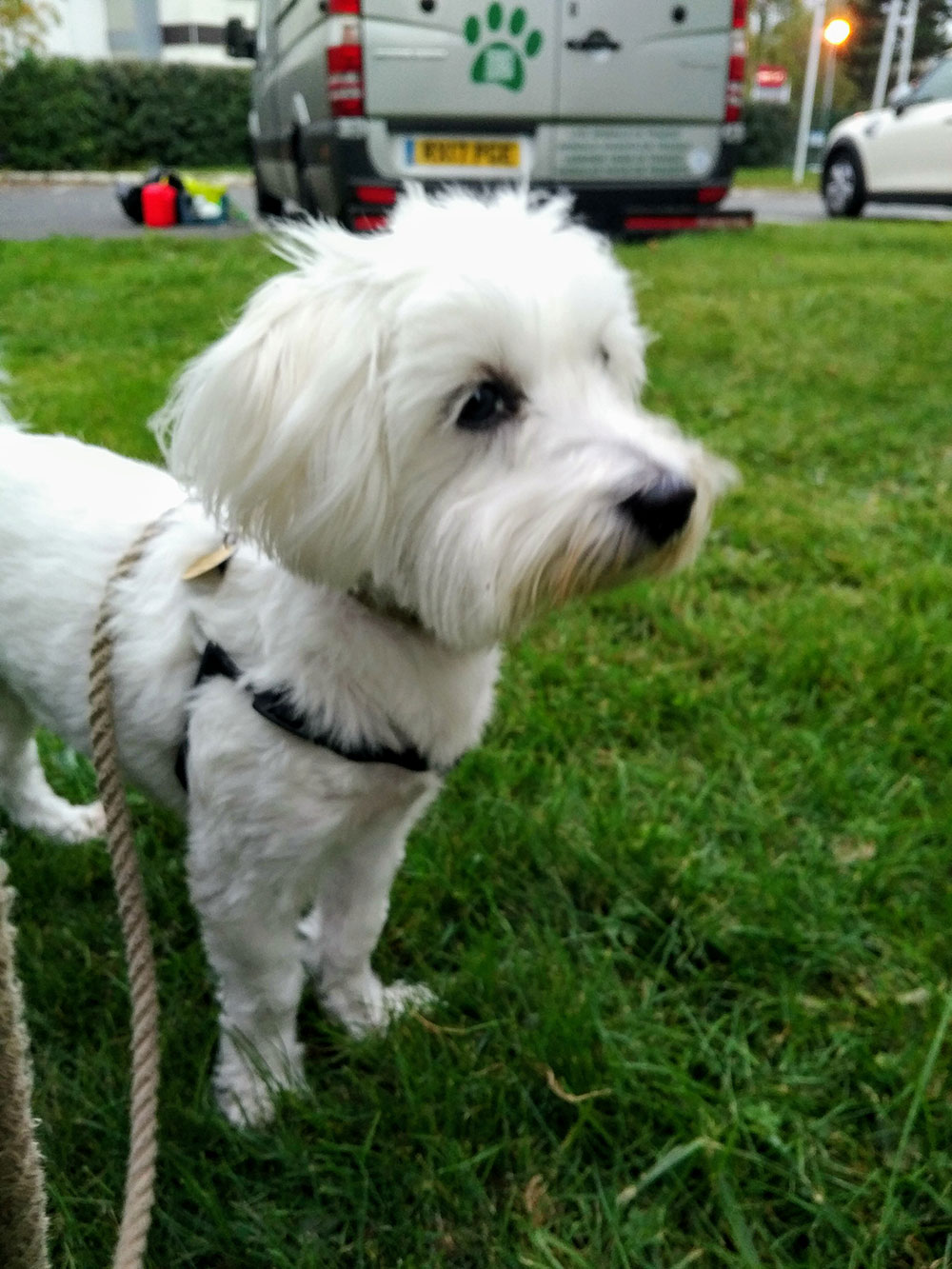 In the UK, some pets were collected from our Surrey base, while others continued their journey with Animalcouriers to their final destinations. 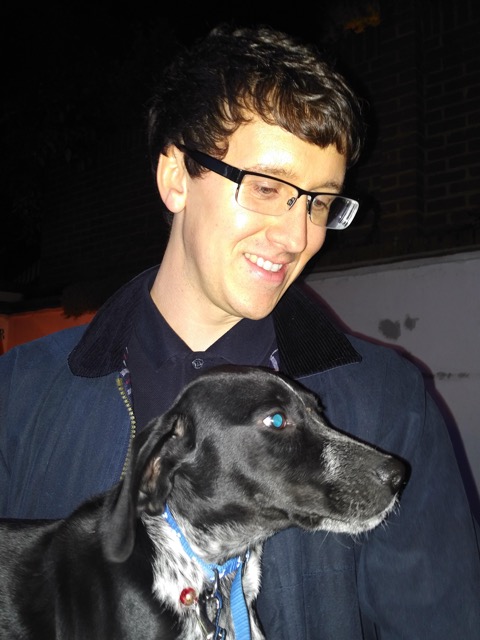 Handsome Darco was collected by his very happy adopters, Chloe and her partner 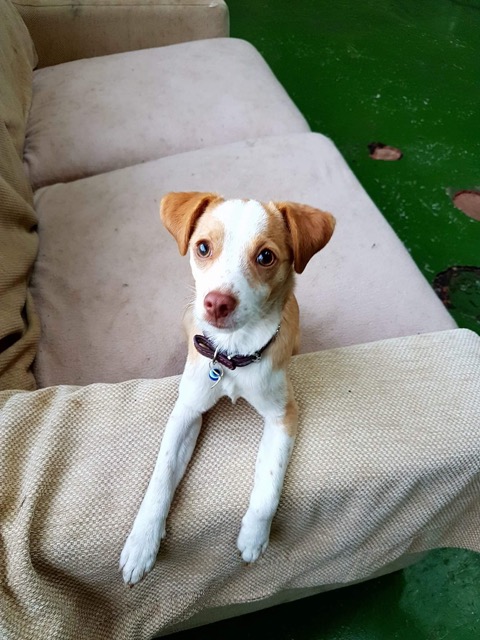 Cute Peaches all settled in at the Manchester Dog Café, ready and waiting to be adopted 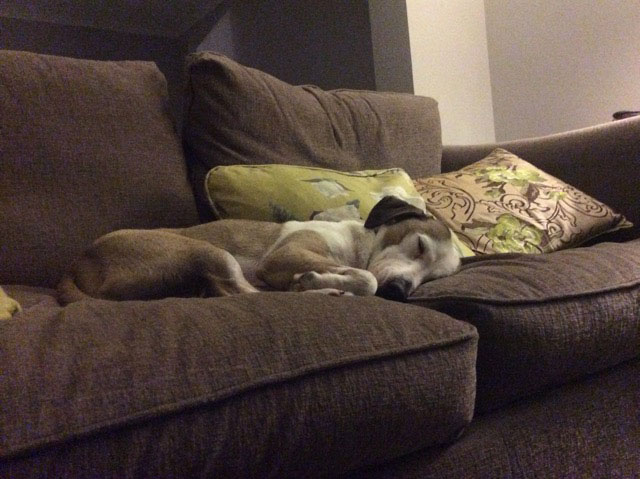 Gorgeous Robbie from Lesvos at his new forever home in the Wirral. Owner Kate wrote to say: “Thank you for getting Robbie to me so quickly. After a very busy day exploring the garden, going for walks and out in the car shopping, he is having a well deserved snooze on the sofa!” 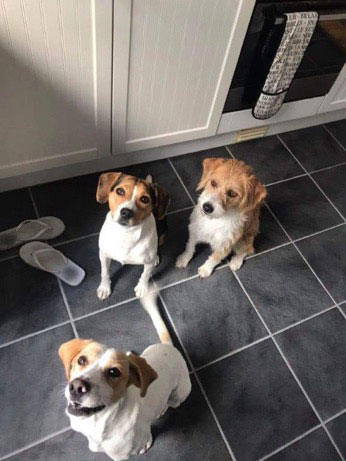 Lara, Arti and Tilsda, also from Lesvos, at their new home with Sara in Loughton. This delightful trio want to do nothing but please and be loved. All three have tested positive for Ehrlichia, a tick-borne blood disease that’s fairly common among stray dogs in Greece and Spain. Testing positive doesn’t necessarily mean they have Ehrlichia, but it may develop. However, it’s perfectly treatable and is no reason not to adopt a dog. These three will be tested again after 25 days of treatment to check whether a further course of treatment is needed. 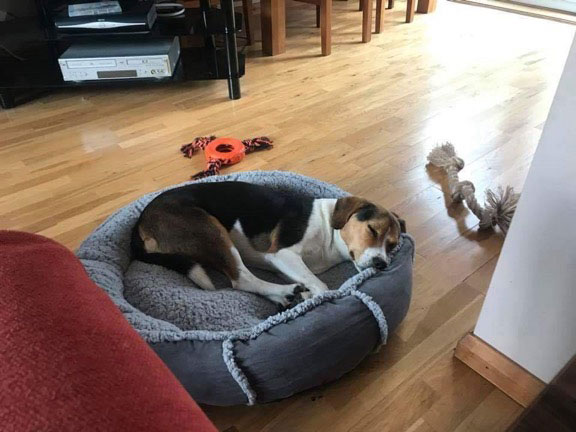 Lara flaked out in a lovely soft bed. We think Sara will truly enjoy this trio, and they are so lucky to have been adopted by her.