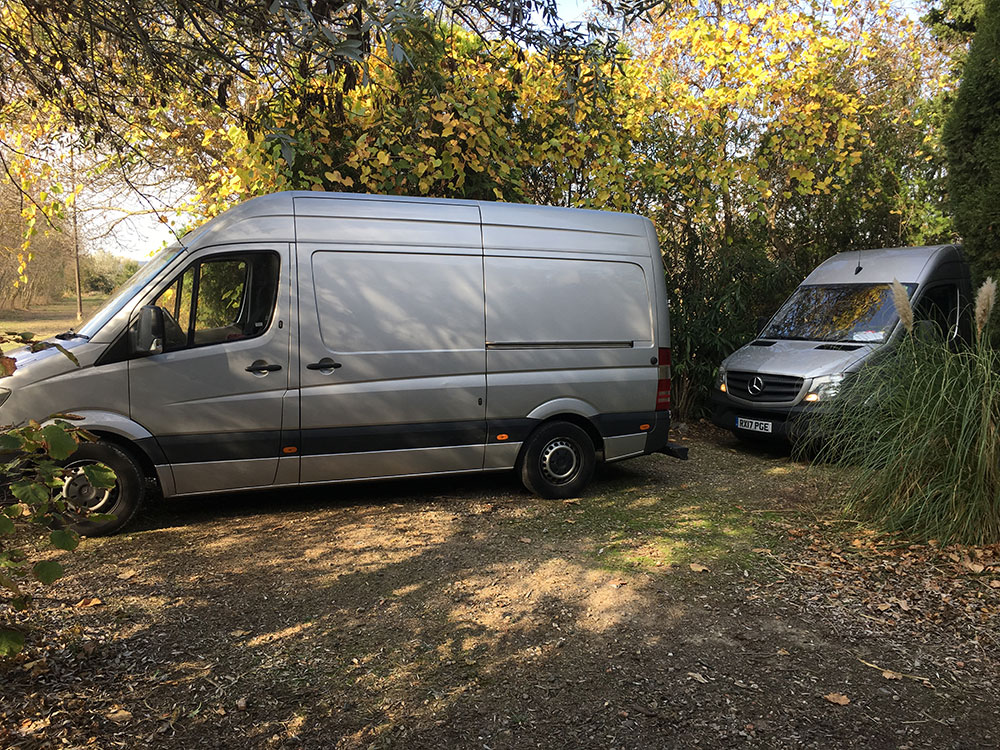 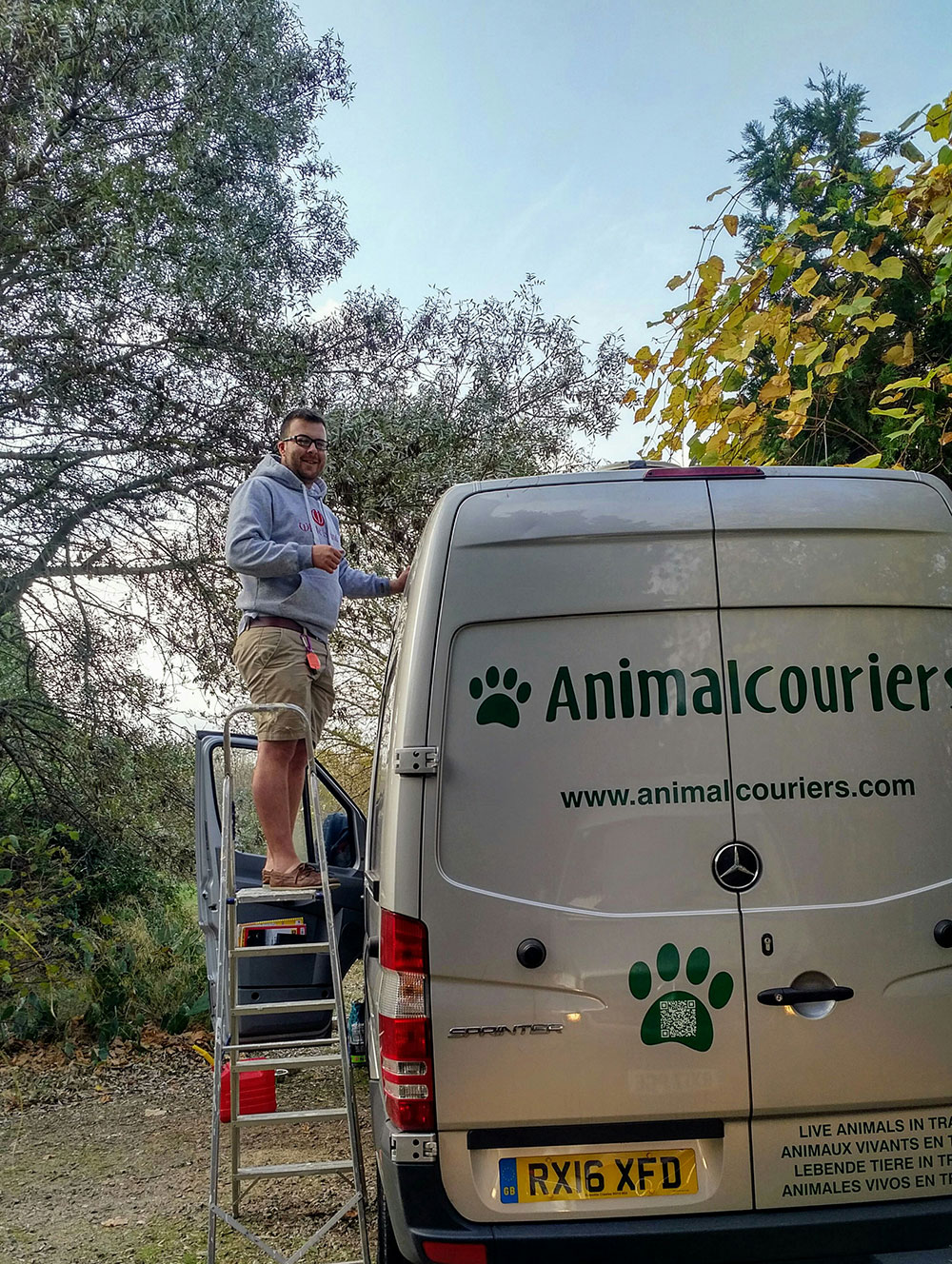 Before she left the UK, courier Fiona collected gorgeous cat Kenzo, who belongs to Rob and Andrew.

Kenzo is a well travelled kitty — we’ve known her for a while now. Her first trip with us some years ago was from Ojen in Spain to the UK. We then arranged for her to fly to South Africa; and subsequently organised her return to Cambridge in the UK. Now Rob and Andrew have decided to go back to their Spanish home, and Kenzo was once again entrusted to us for her travels. 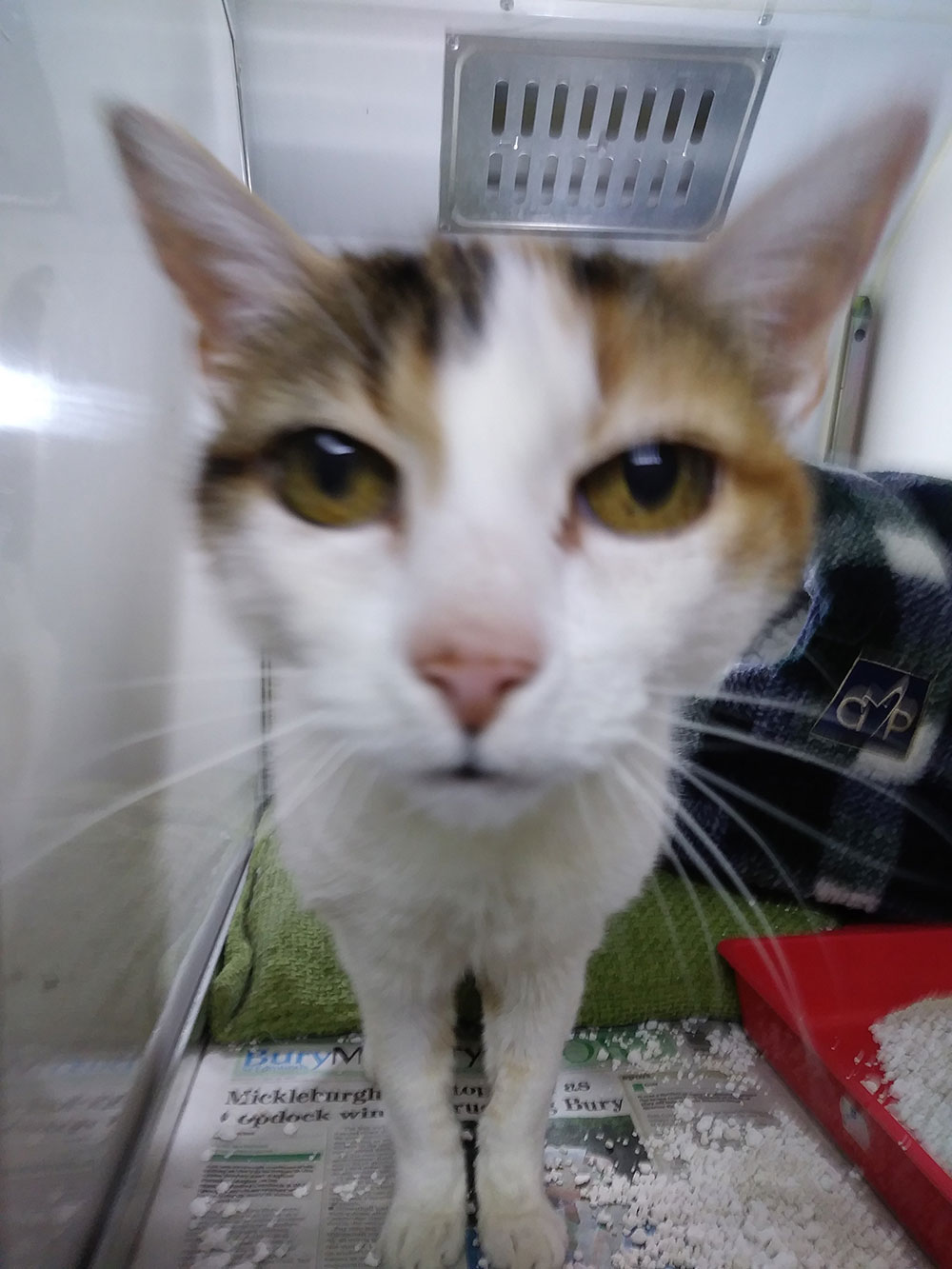 Kenzo is quite a mature lady now, but as glamorous as ever 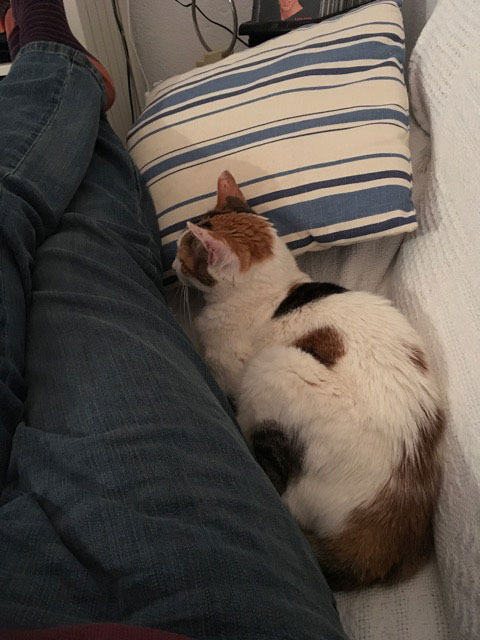 Kenzo at home in Spain. Owners Robert and Andrew sent the photo, saying: “Kenzo is now safely home with us. She’s currently having a good sniff around, no doubt trying to make sense of the mix of familiar and unfamiliar smells, and getting used to the novelty of having stairs to climb after 10 years of living on one level. Thank you all so much for getting her back to Spain for us.”

On her way to Narbonne, courier Fiona stopped off in the Tarn to collect Alice’s beloved cat Billywhizz. She then handed him over to couriers J and Matthew for his journey to the UK, where his new home is in Yorkshire. 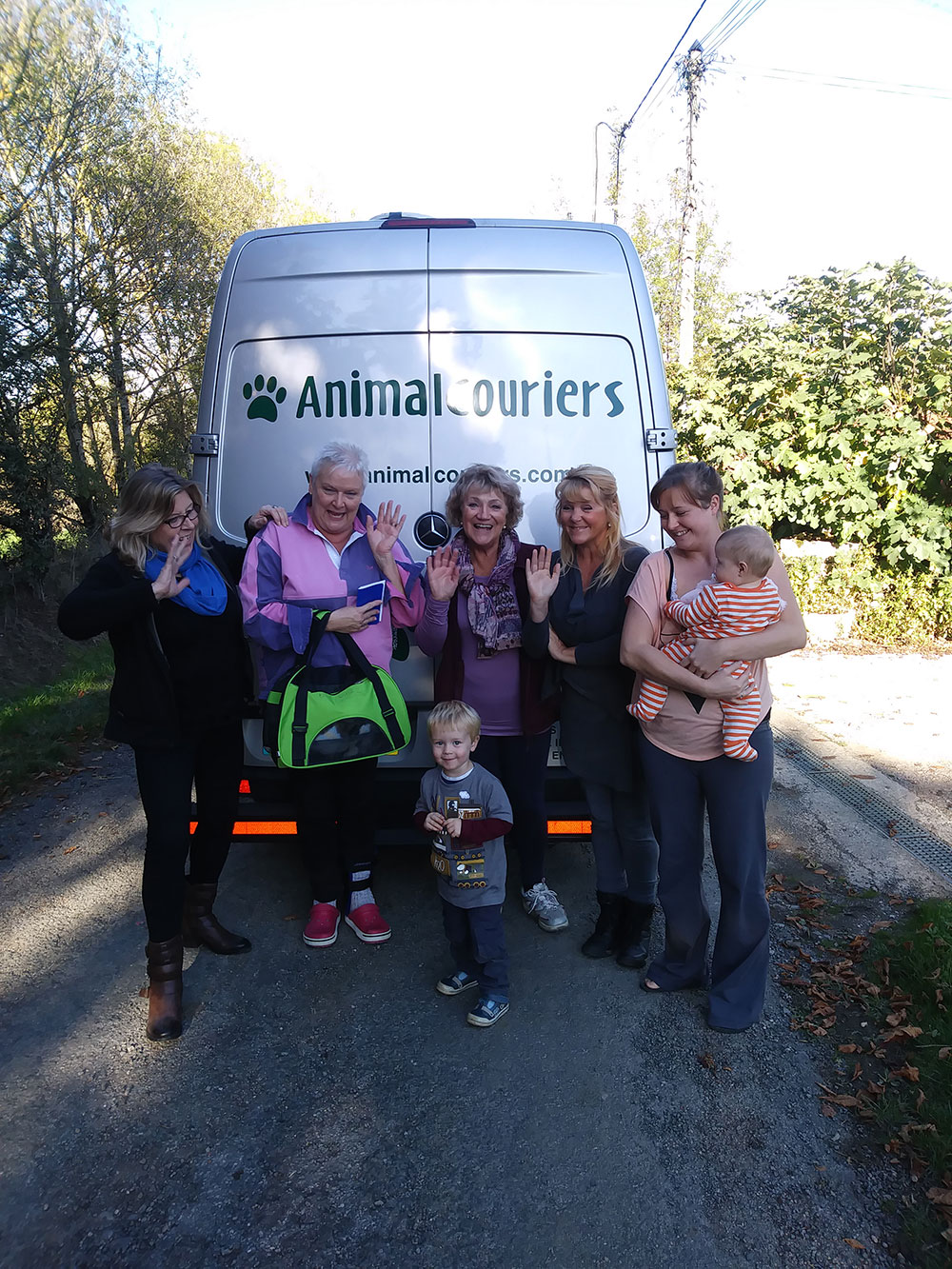 Billywhizz got a proper sendoff from friends and family 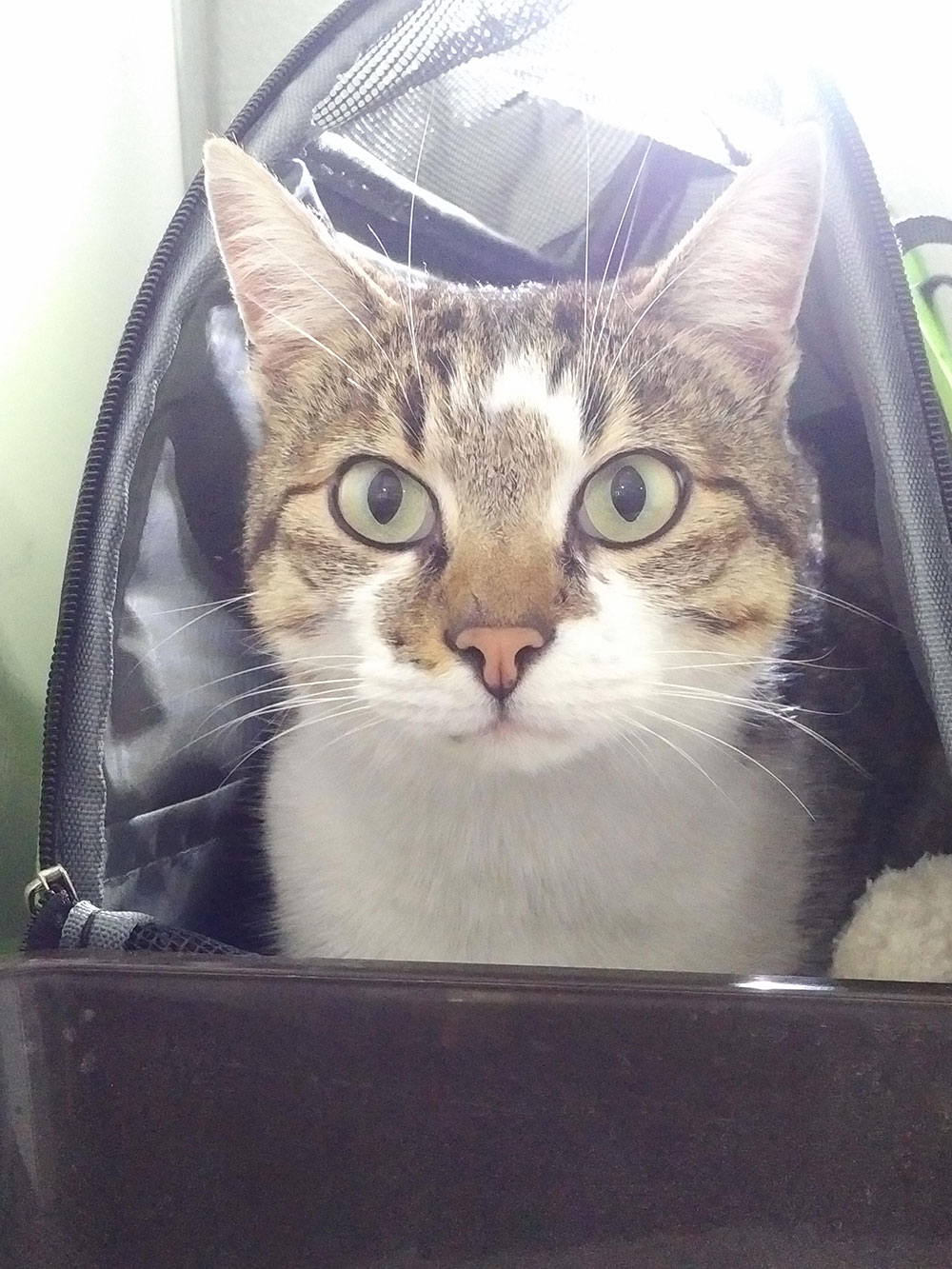 The handsome boy himself 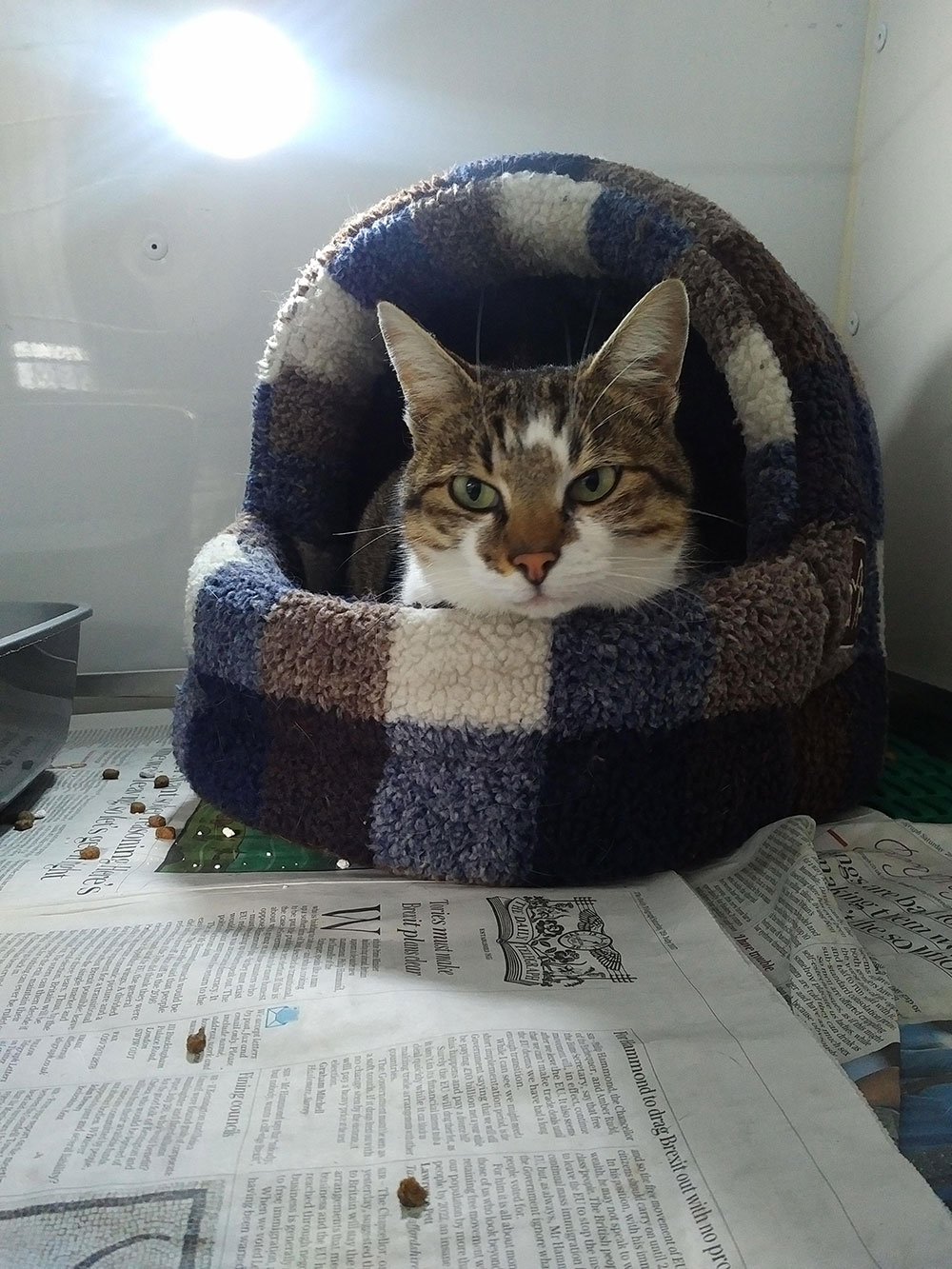 Snug as a bug in a rug for his trip 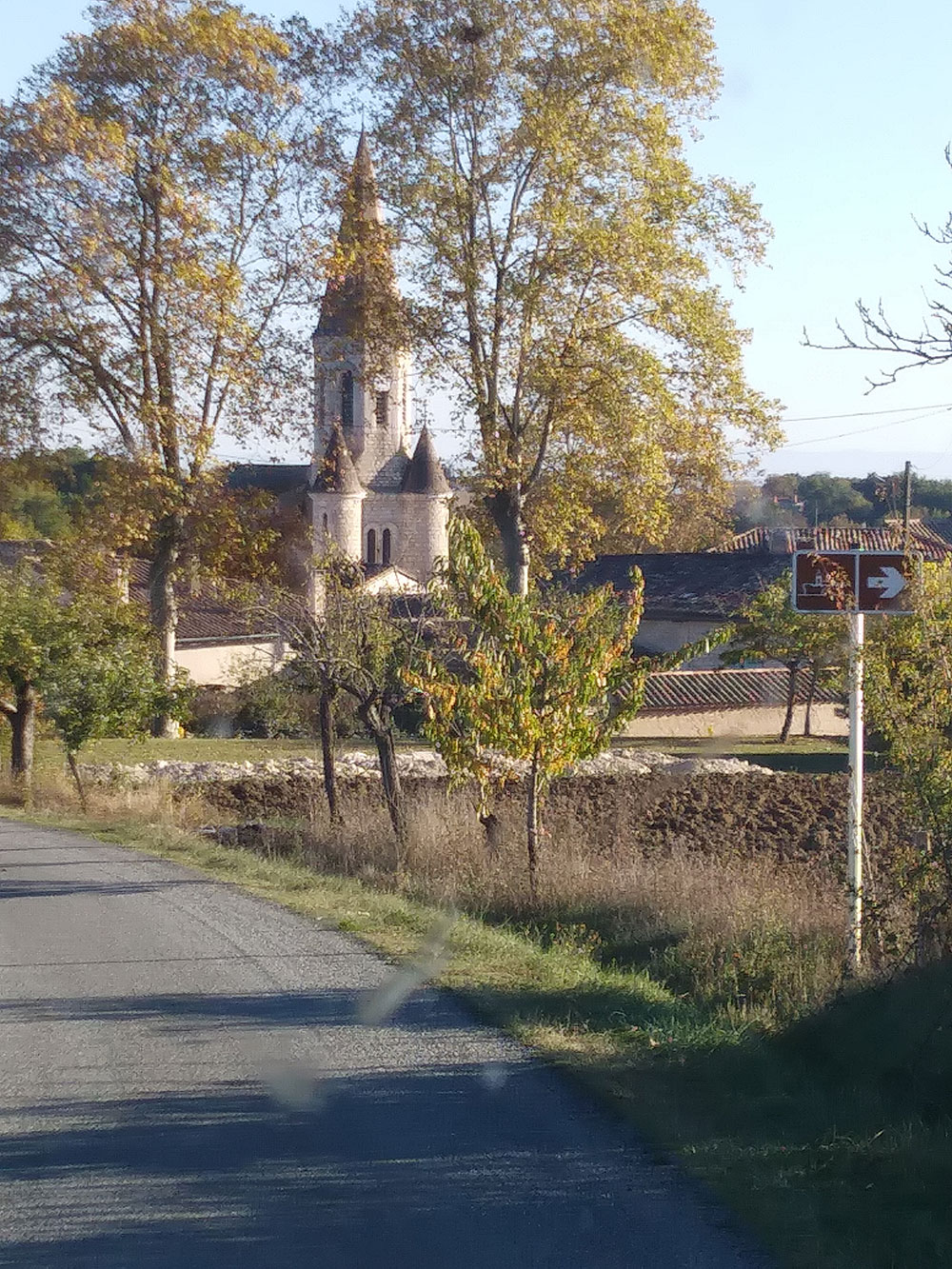 It’s a bit of a challenge getting pets from Brindisi in Italy to the Alicante area of Spain. Fortunately for John, Sabrina (owner of Happy Paws Kennels in San Vito, near Brindisi) suggested John get in touch with us to help move his canine family.

Couriers J and Matthew scooped up the dogs on their way from Greece, and handed them over to courier Fiona in Narbonne to take them the rest of the way. Five of the dogs have been with John for some time; while Rebel is a relative newcomer — John found him as a stray and couldn’t resist adding him to the family.

Along the way, Courier Fiona gave the dogs plenty of attention and walks (including on the beach). Everything clicked perfectly into place for her to hand them over to John and his partner in Ontiyent. 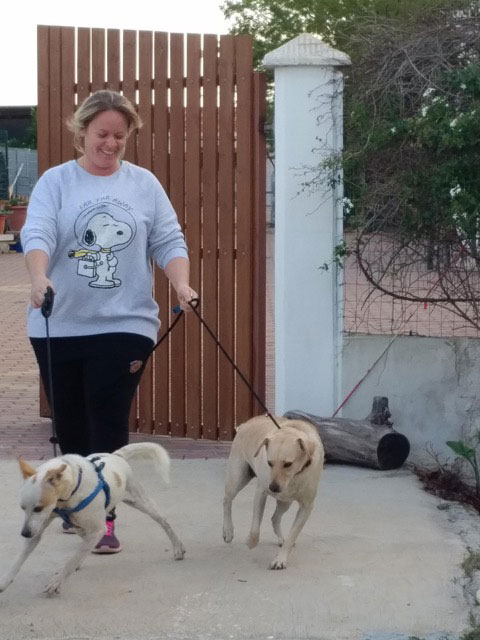 We collected the dogs from Sabrina at Happy Paws. Here she is with Rebel and Lina. 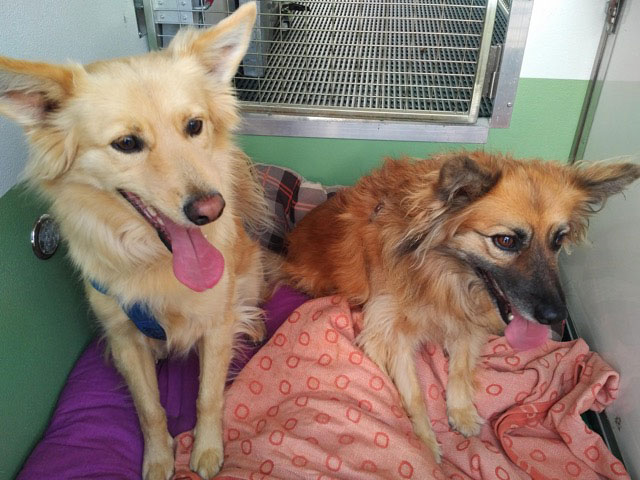 Bella and Teddy were quick to settle into their bedroom 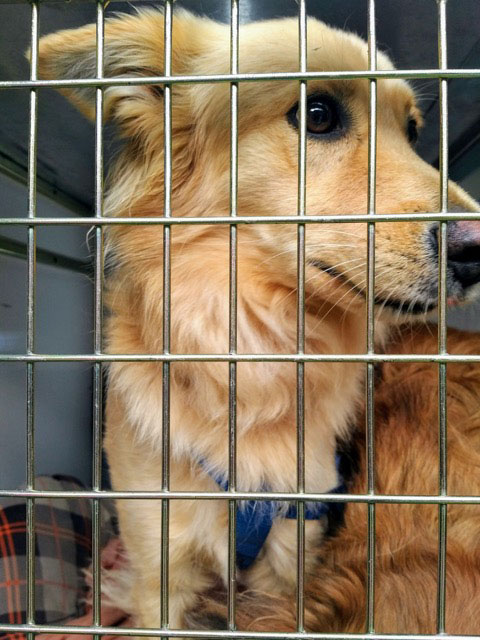 A closer look at Bella 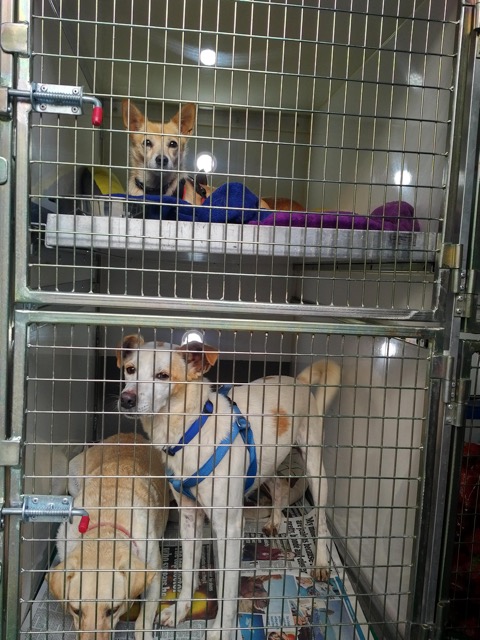 Littlest dog Poppy (just out of view) with Cara in the top bedroom; Rebel standing, with Lina (looking for biscuit crumbs) in the lower bedroom 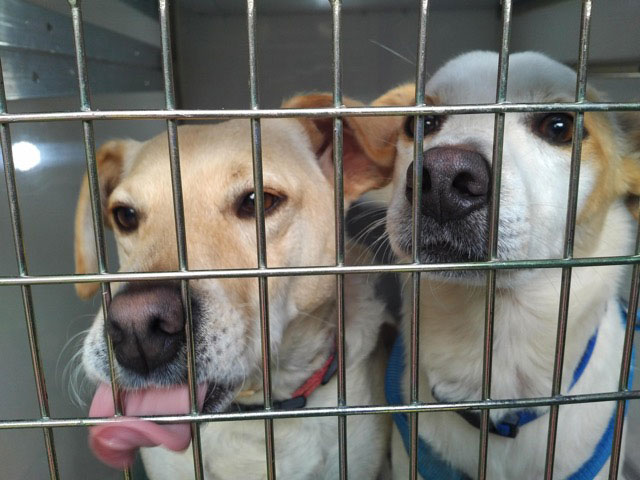 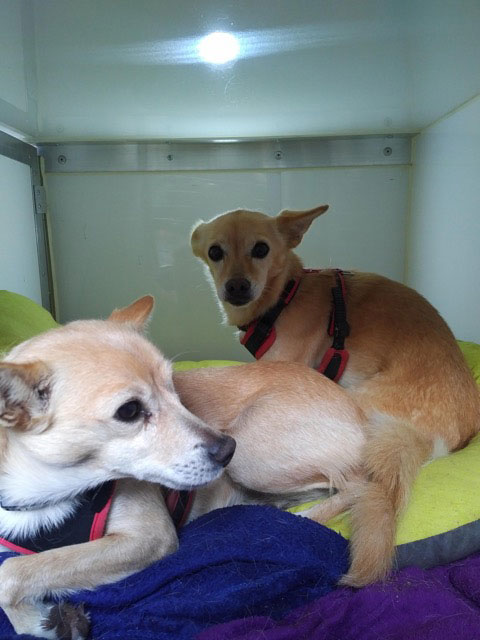 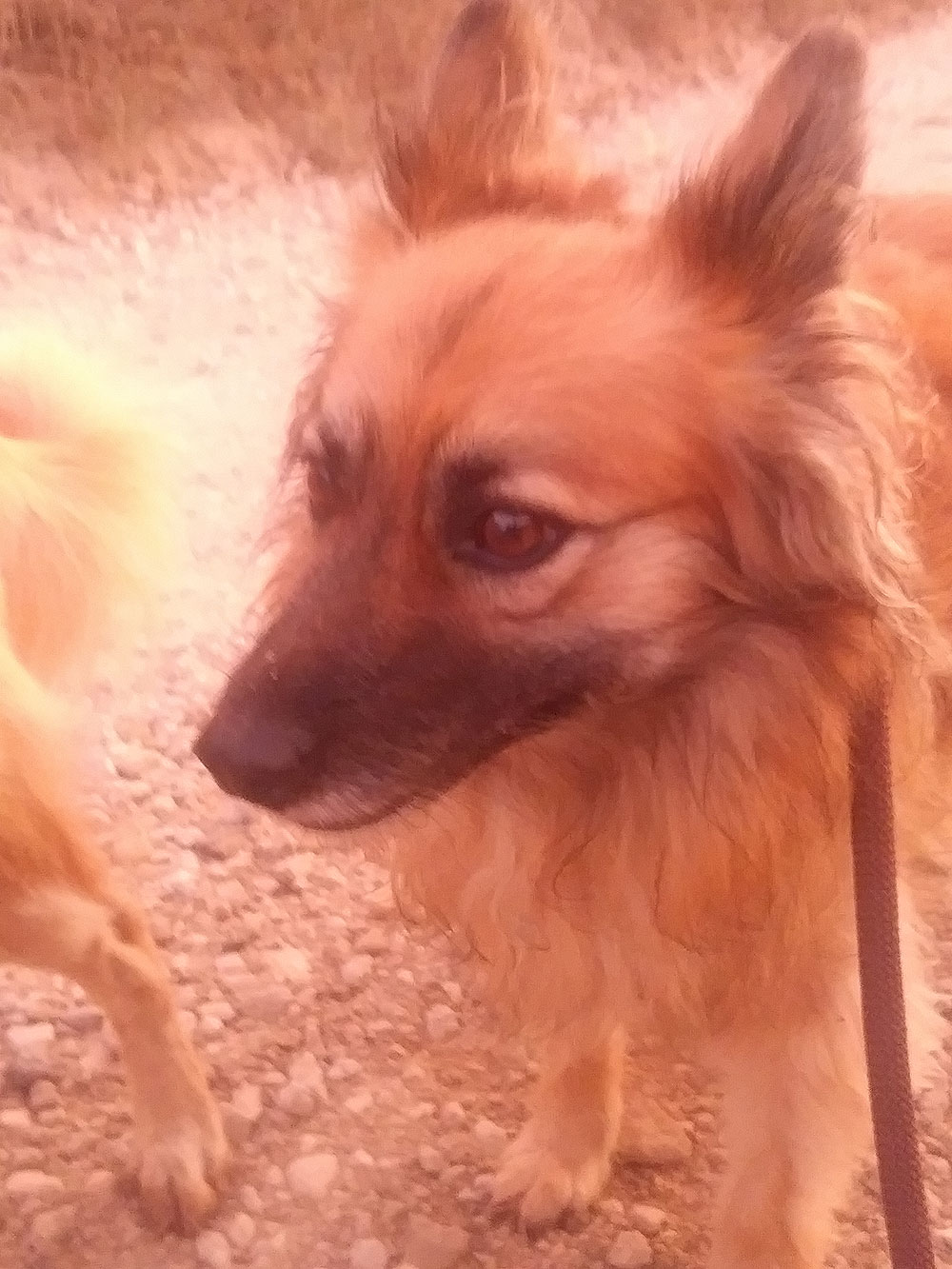 Teddy walking at sunrise in Gandesa 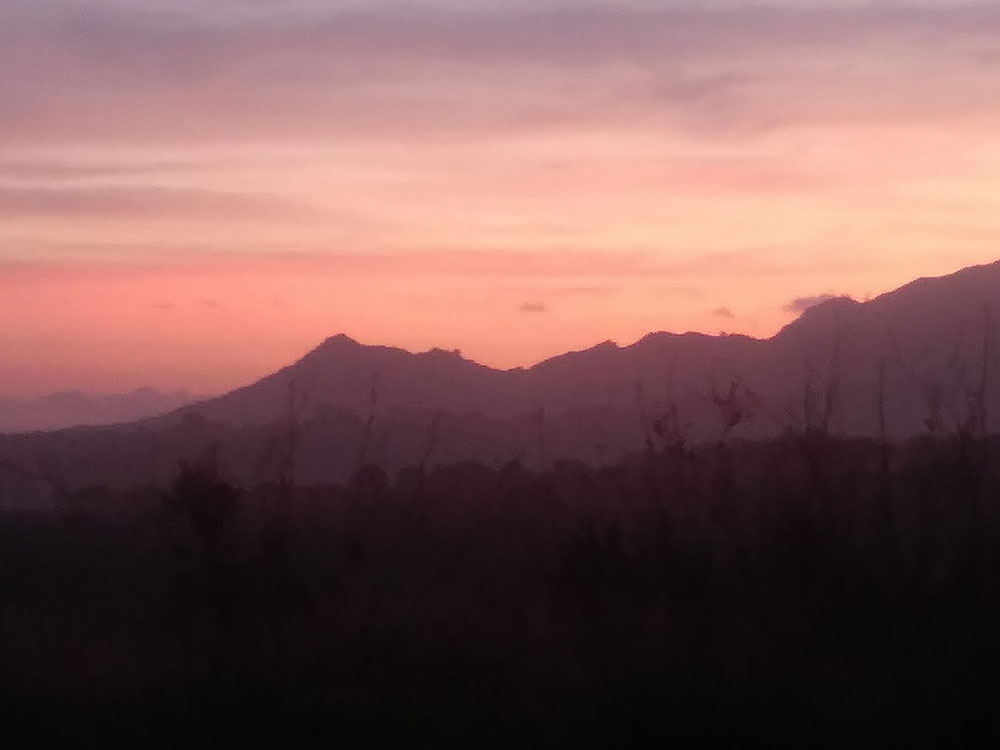