Courier Richard recently made two Channel hops, collecting four cats on the first one, and two dogs on the second.

This fab feline quartet hail from the Lot et Garonne. After 20 happy years in France, where the cats have enjoyed a wonderfully rural location, owner Janet and her husband are moving back to the UK to live in Cornwall.

Spike, Basta and Cleo consented grudgingly to join our road trip, while Korky did all he could to avoid it completely. 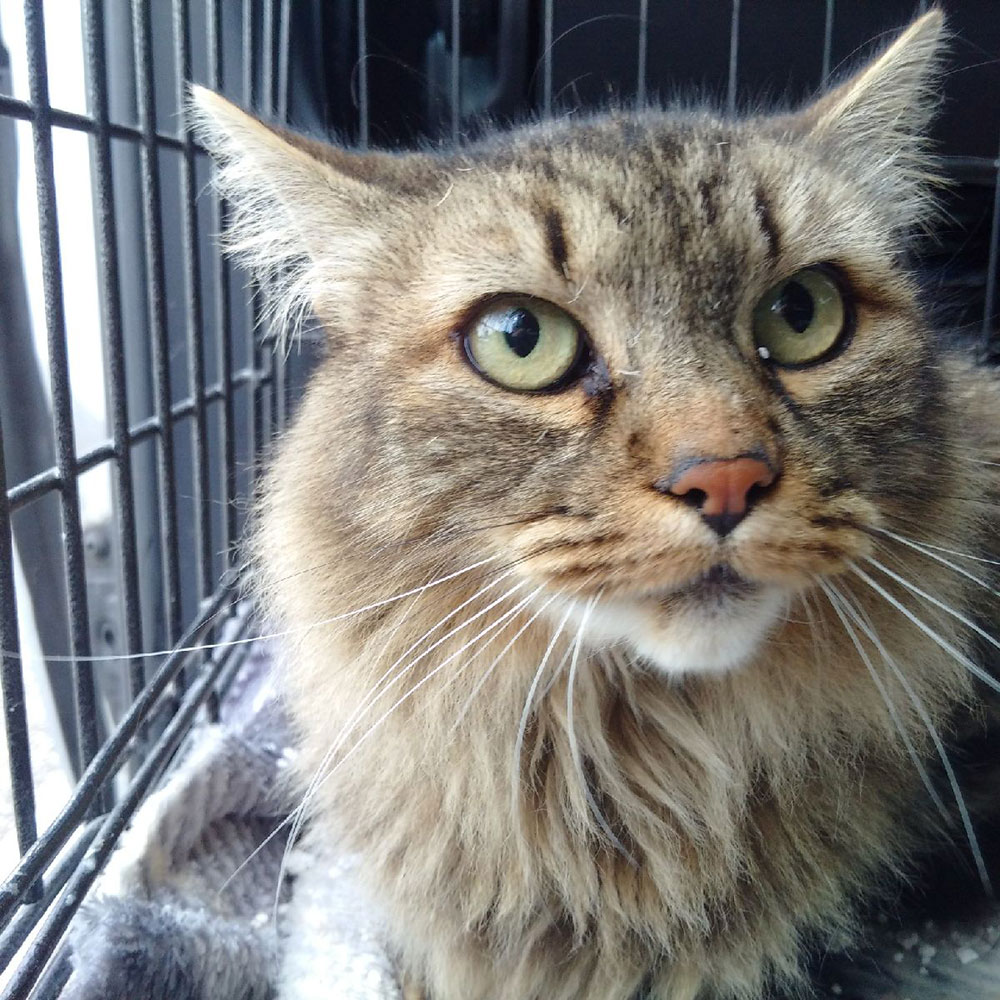 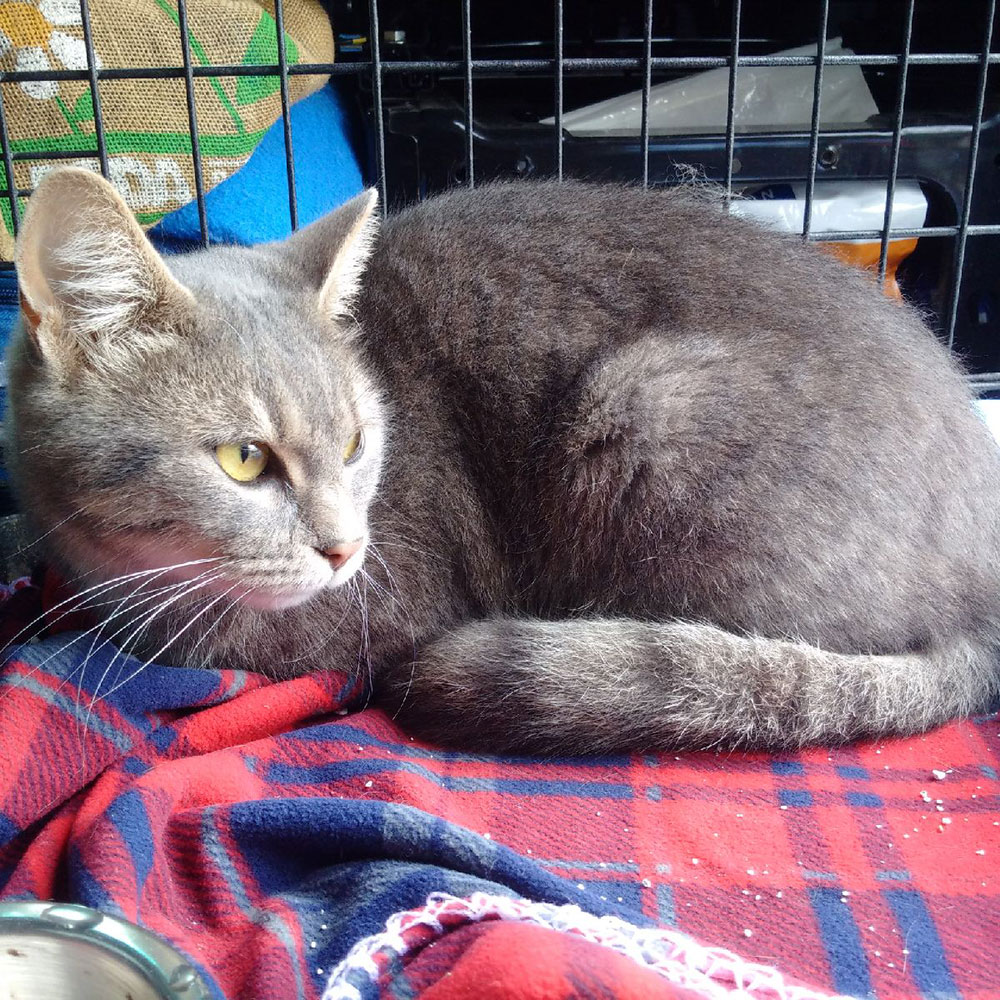 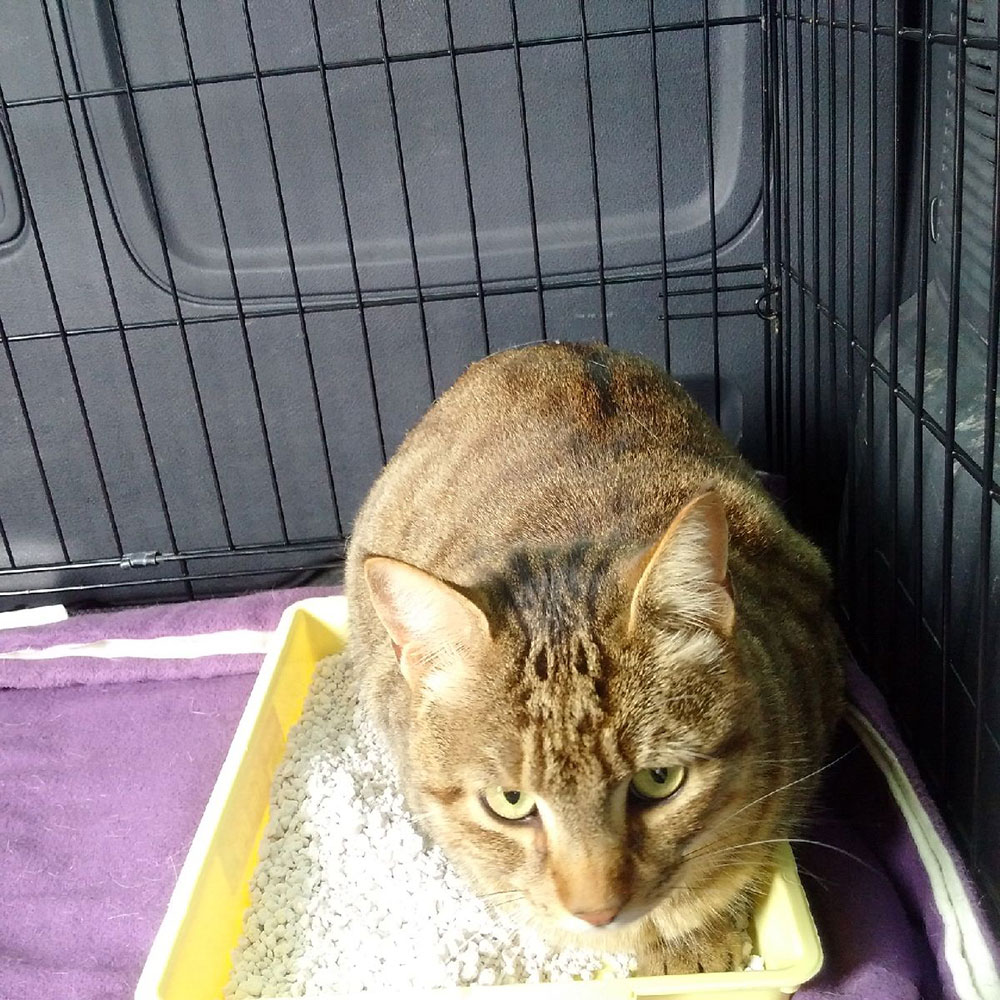 Handsome tabby Spike — like many travelling cats, he decided to settle in his litter tray 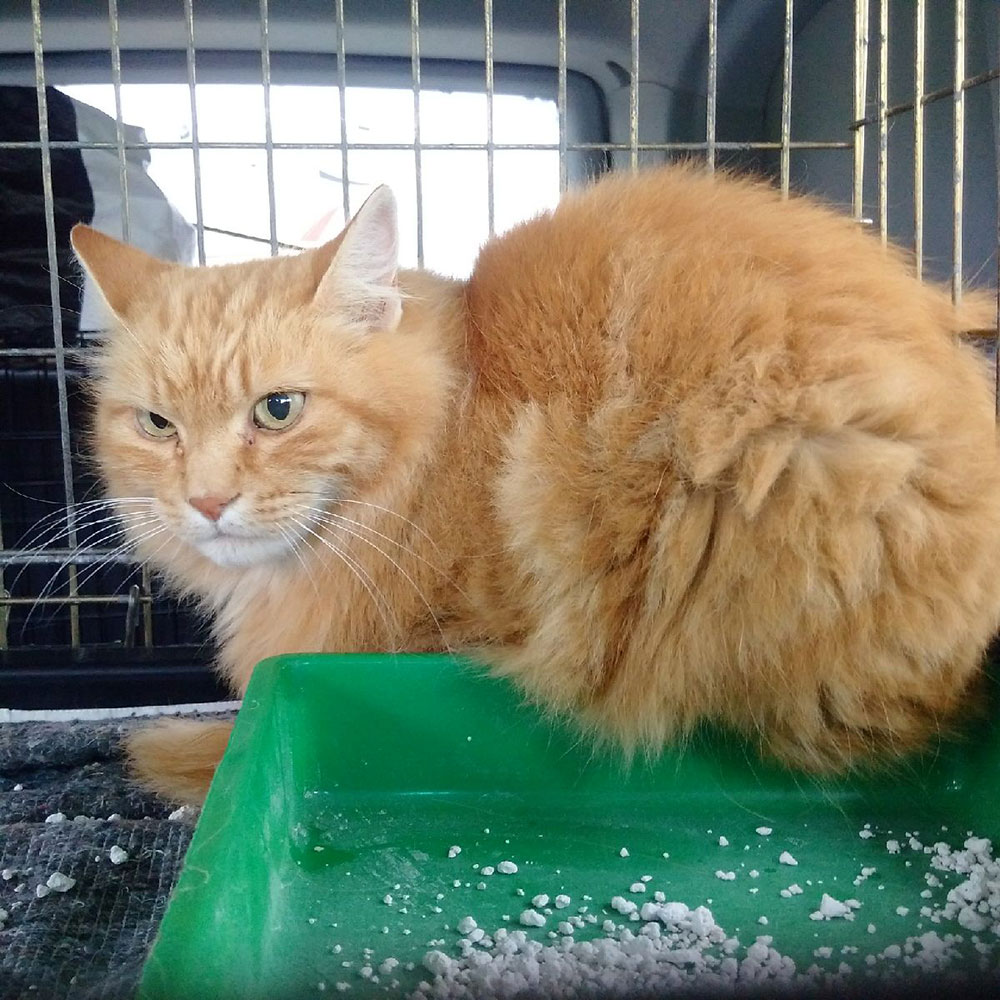 Korky — a fabulous bundle of ginger, rather than the black-and-white cat fans of ‘The Dandy’ might have been led to expect. Korky’s resistance to travelling meant we kept a very close eye on the security of his transport. He made his position clear from the word go by ejecting most of the litter from his tray, but eventually settled down for the rest of the journey. 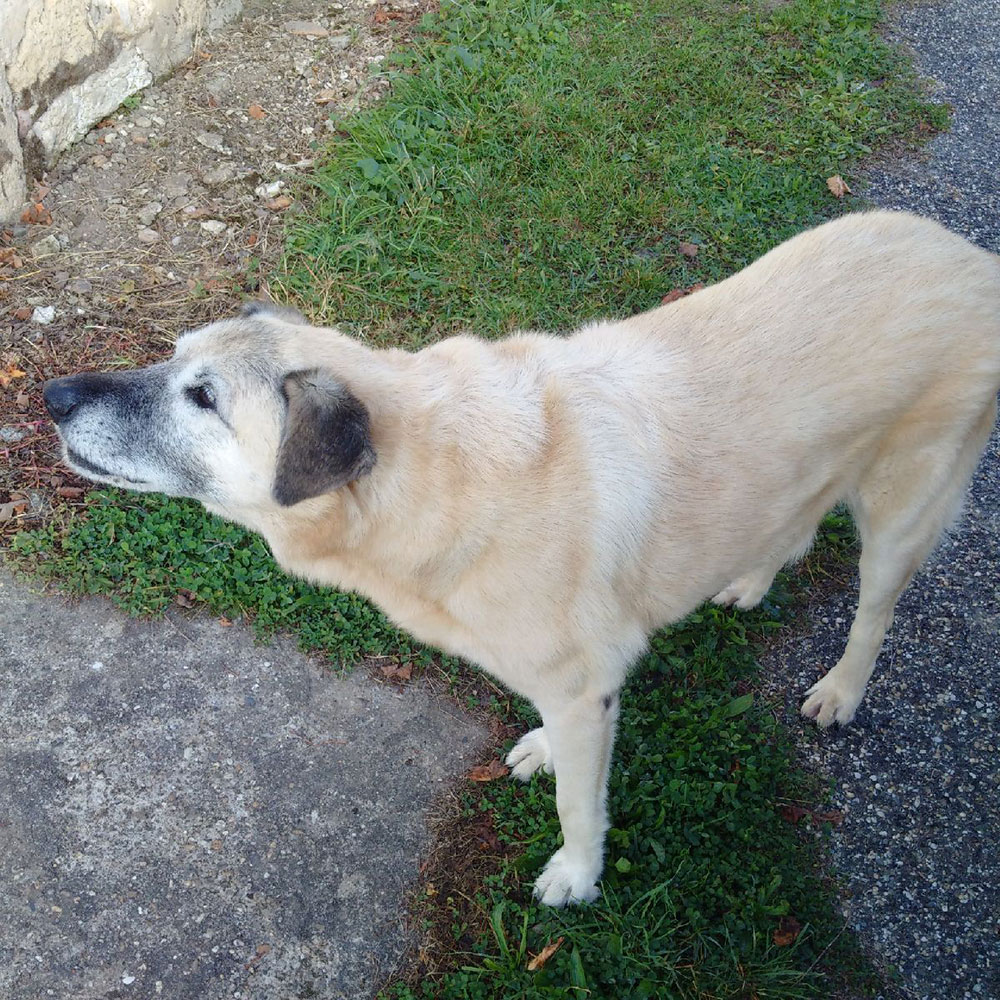 Izzie, the couple’s beloved 12-year-old dog, who travelled with her owners via the Roscoff ferry, while courier Richard and the cats took the Calais route

These gorgeous hounds flew in style from Nice to Le Touquet, an airport near Calais. Courier Richard hopped across the Channel to collect Poppy and Charlie and drive them the last leg of their journey into the UK. 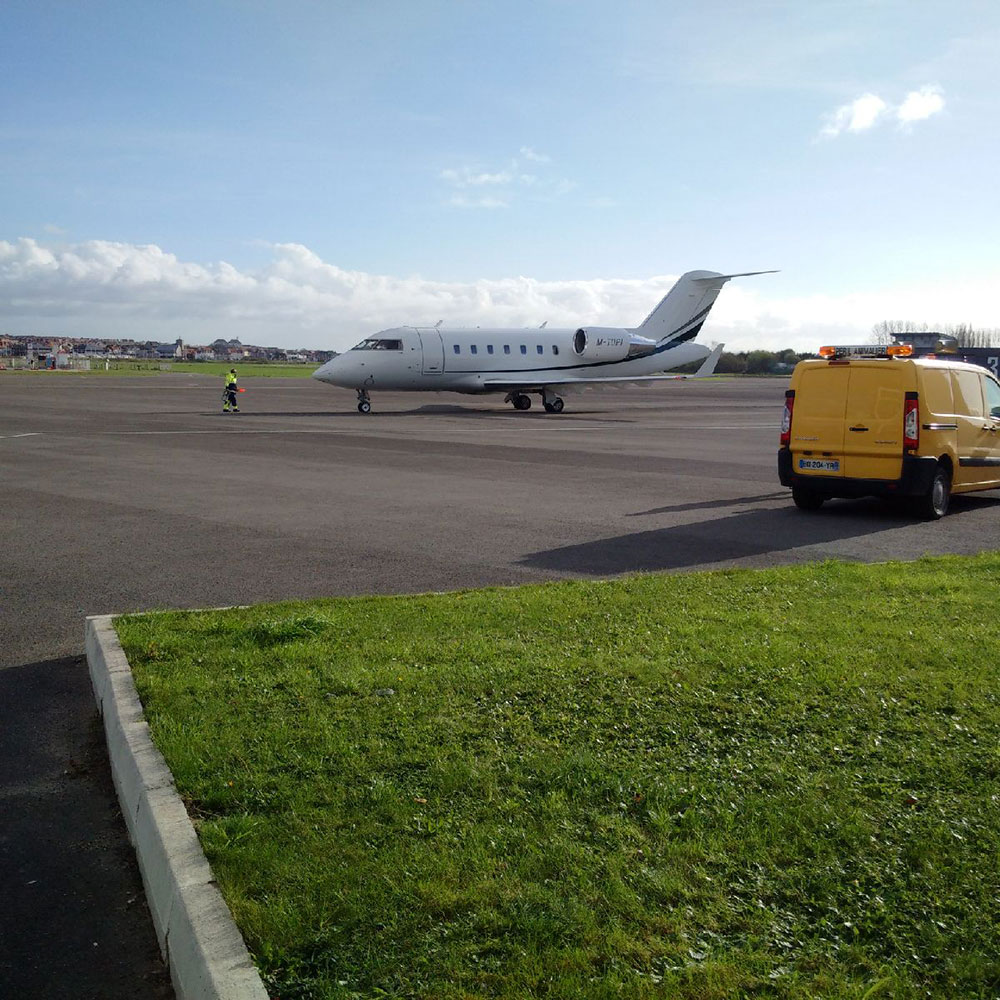 The plane on which Poppy and Charlie arrived at Le Touquet 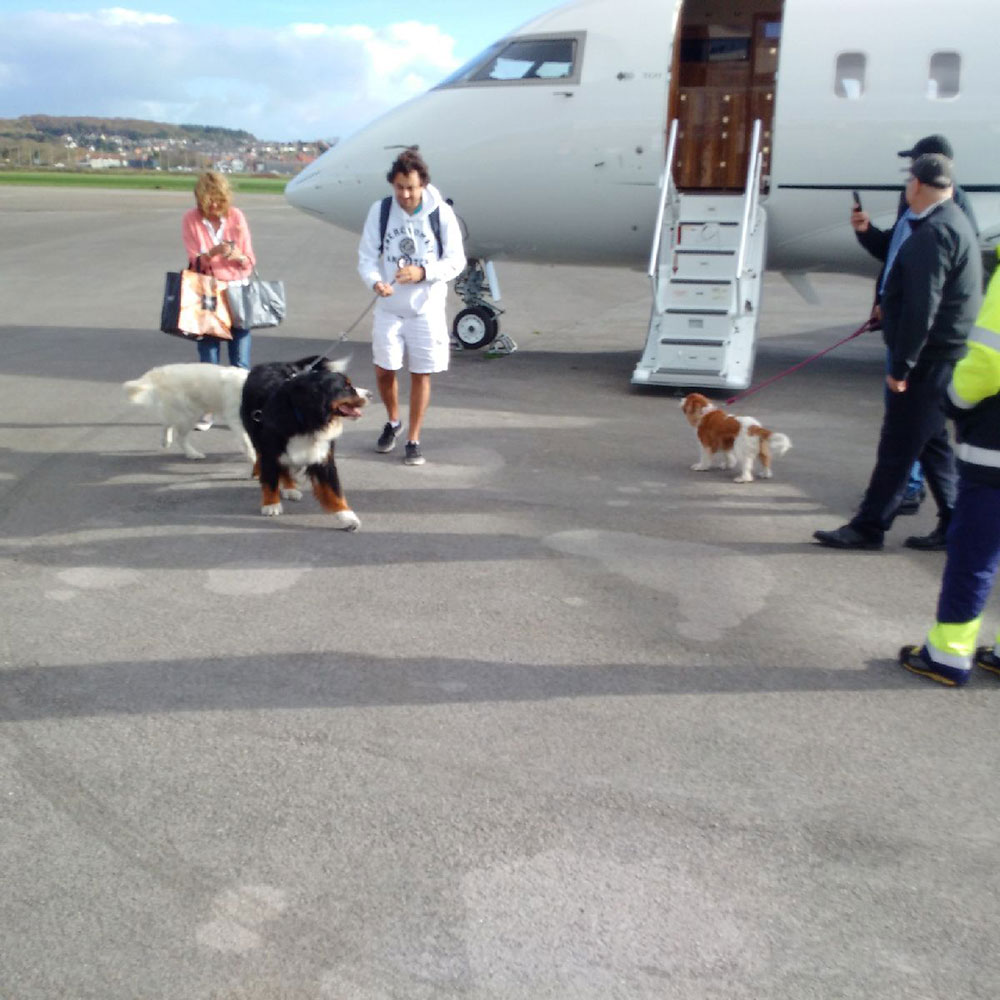 As they disembark, big fella Charlie and King Charles Spaniel Poppy were greeted by the airport’s resident Golden Retriever