Introducing our UK-bound passengers from Greece

We met up with a gorgeous group of cats and dogs, our UK-bound passengers travelling from Greece. 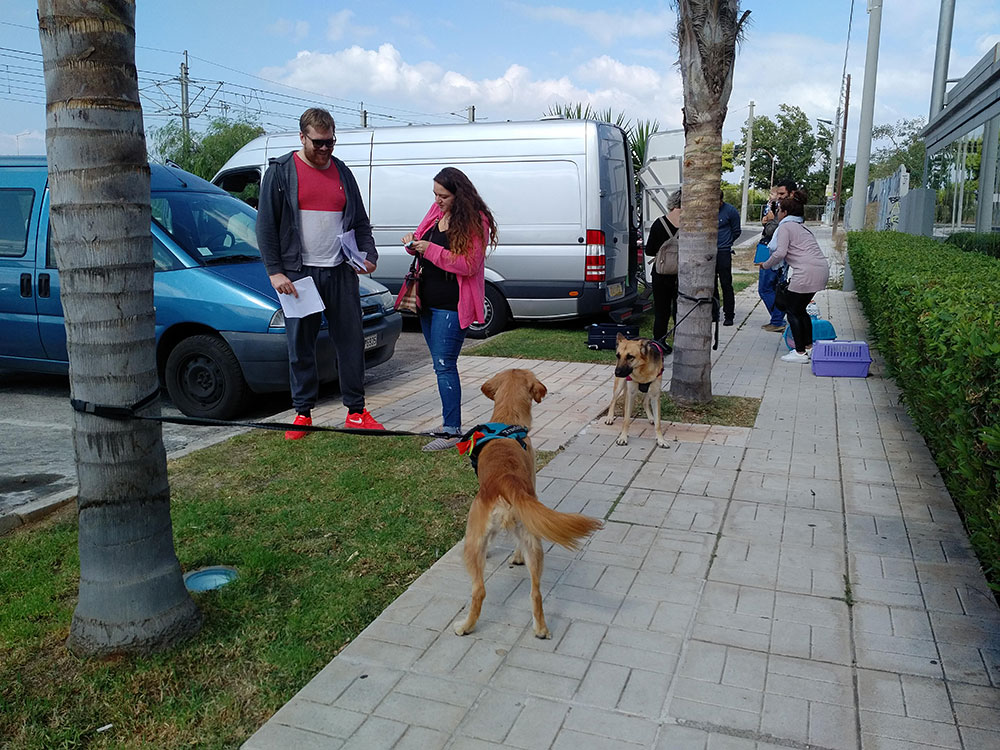 It was a glorious morning in Glyfada (a suburb of Athens), as pets and their owners started to assemble round our van

This fantastically named fivesome belong to David and Gay. All the cats attached themselves to David and Gay while they were living on the island of Skiathos. Now it’s time to return to the UK, and all the cats are going too. Our friend Akis, pet taxi driver extraordinaire, collected the cats on their arrival at Volos port and took them to Chris’s Animal Hotel, where they stayed until it was time for them to join our trip. 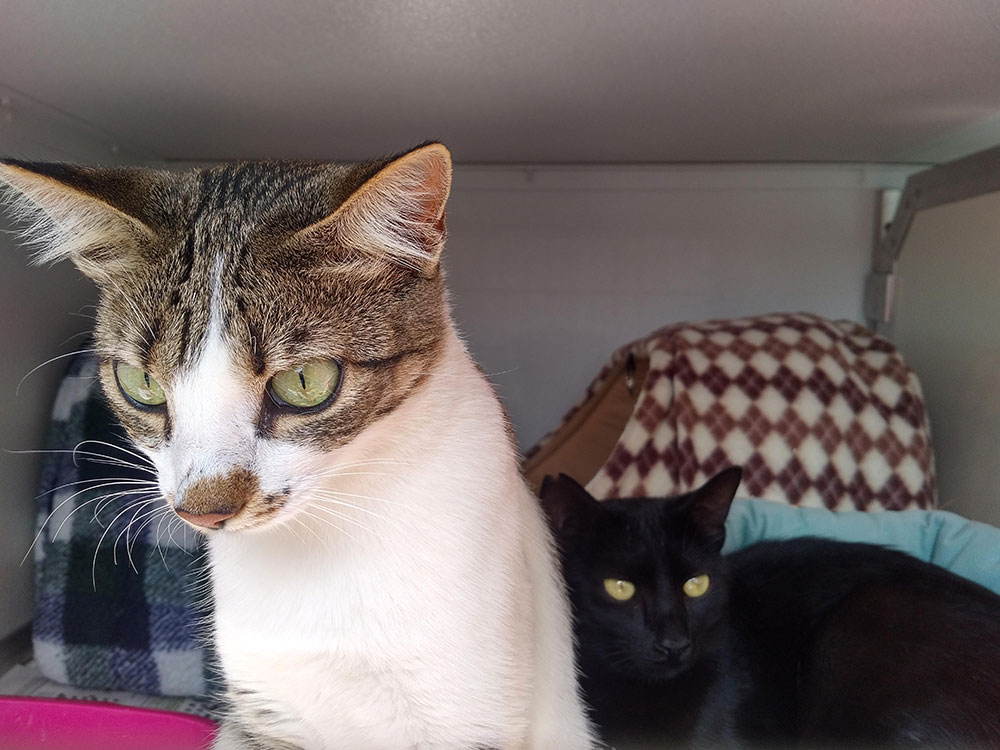 Lexey comes up to see what’s going on 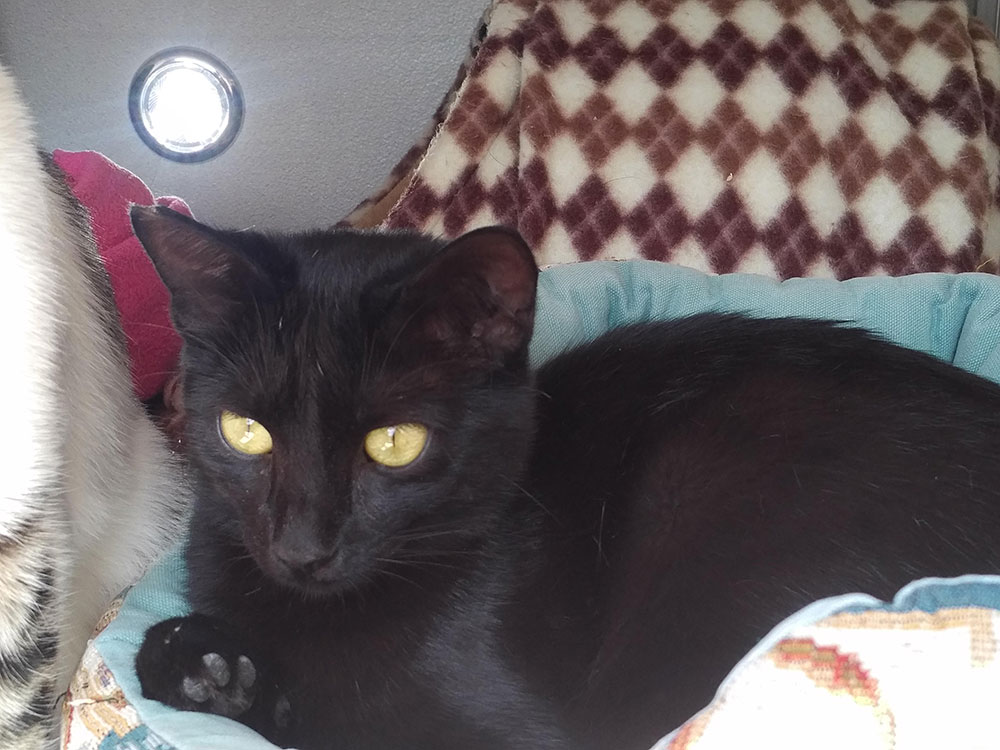 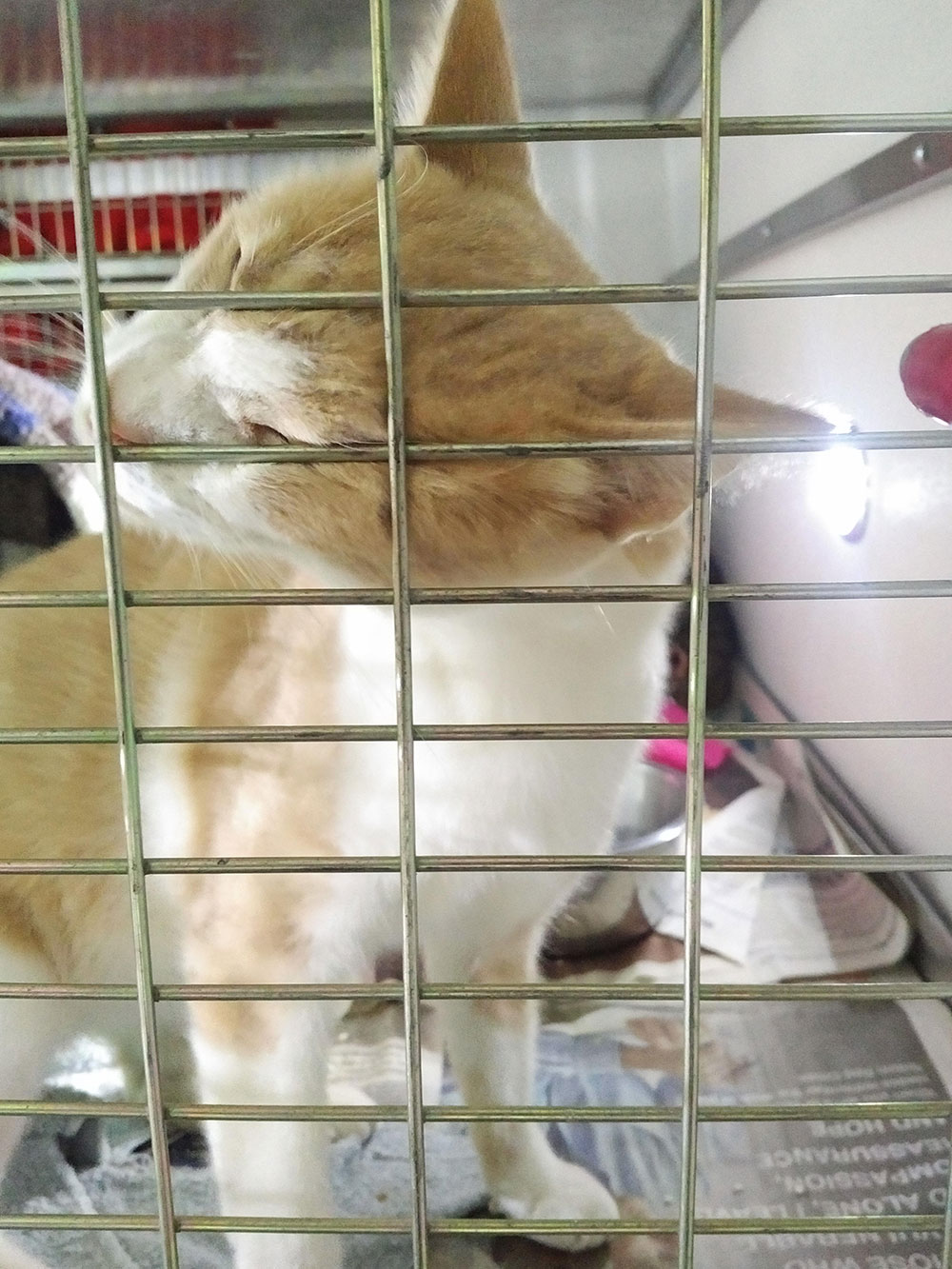 Simba is another quite forward character 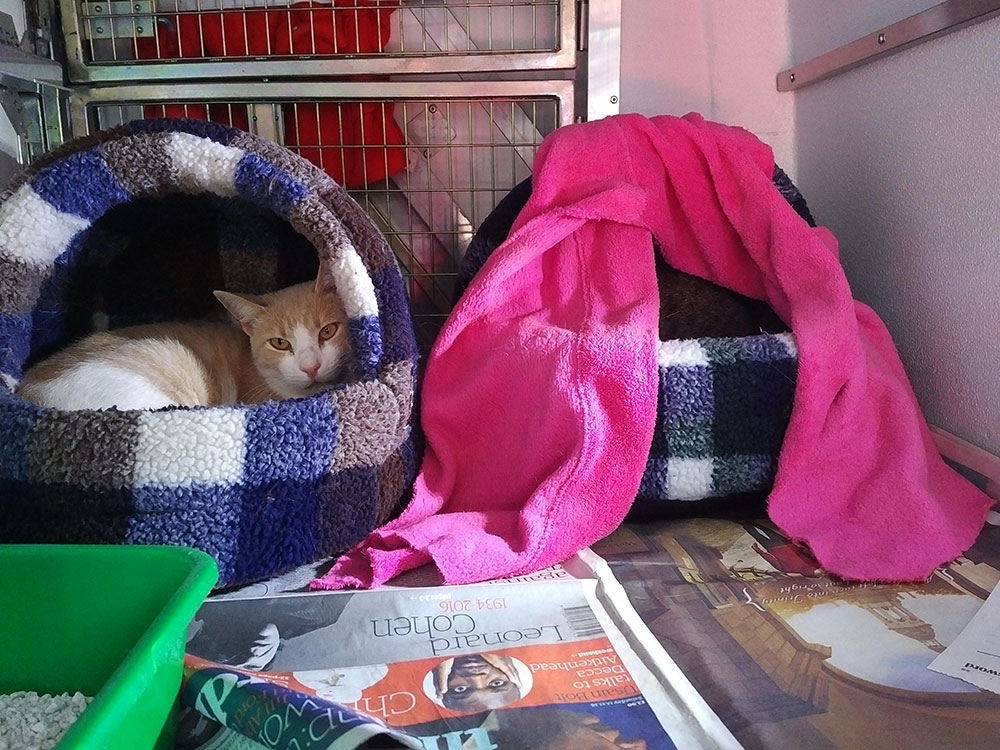 Much more forward than Tiggs, who’s hiding under a fine pink blanket 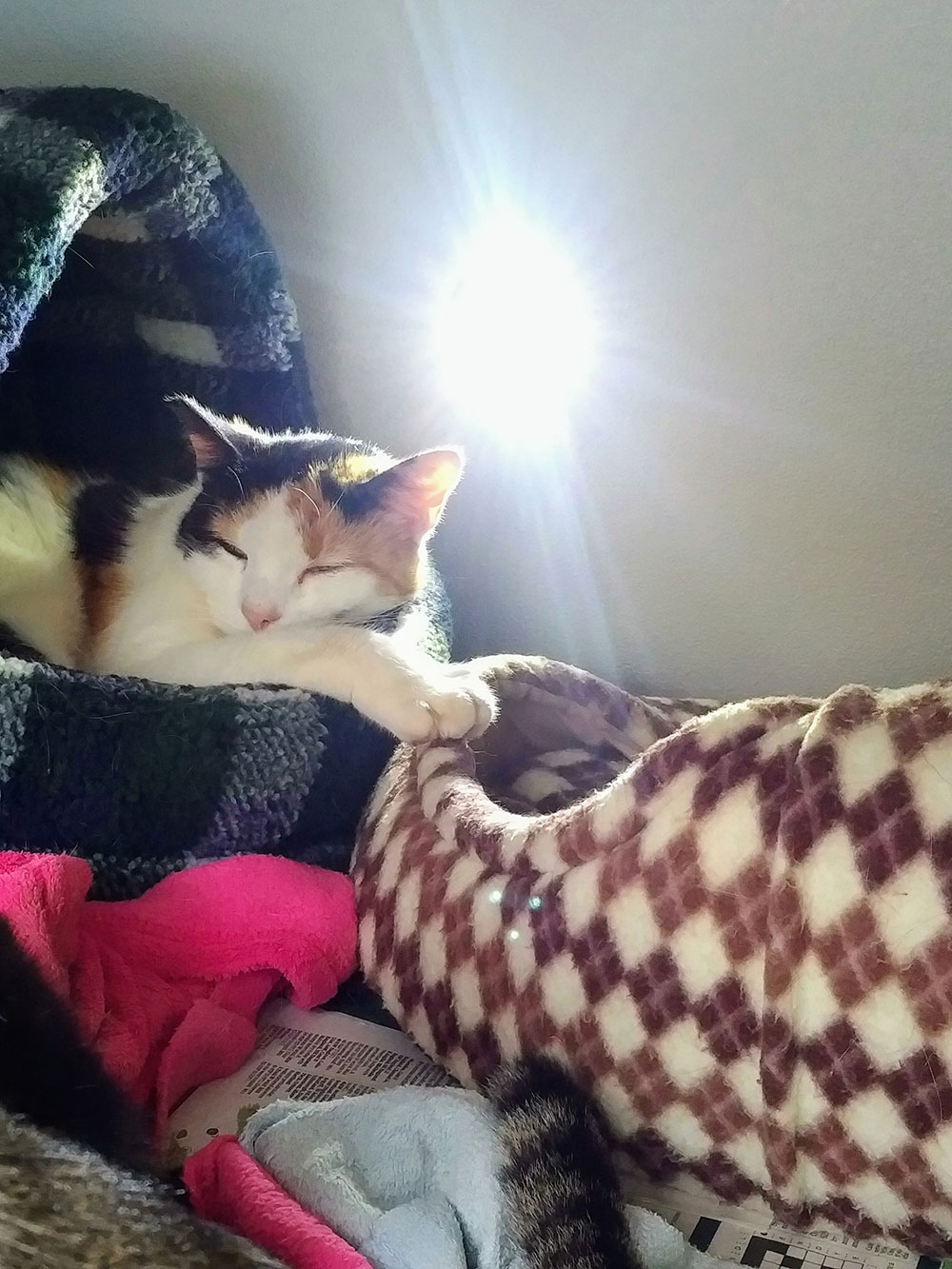 Young Rafa arrived from Nine Lives Greece. He’s a gorgeous affectionate fellow who will doubtless make his new owner in Southampton very happy indeed. Courier J reports that every time she opens Rafa’s bedroom door, he wraps himself around her neck! 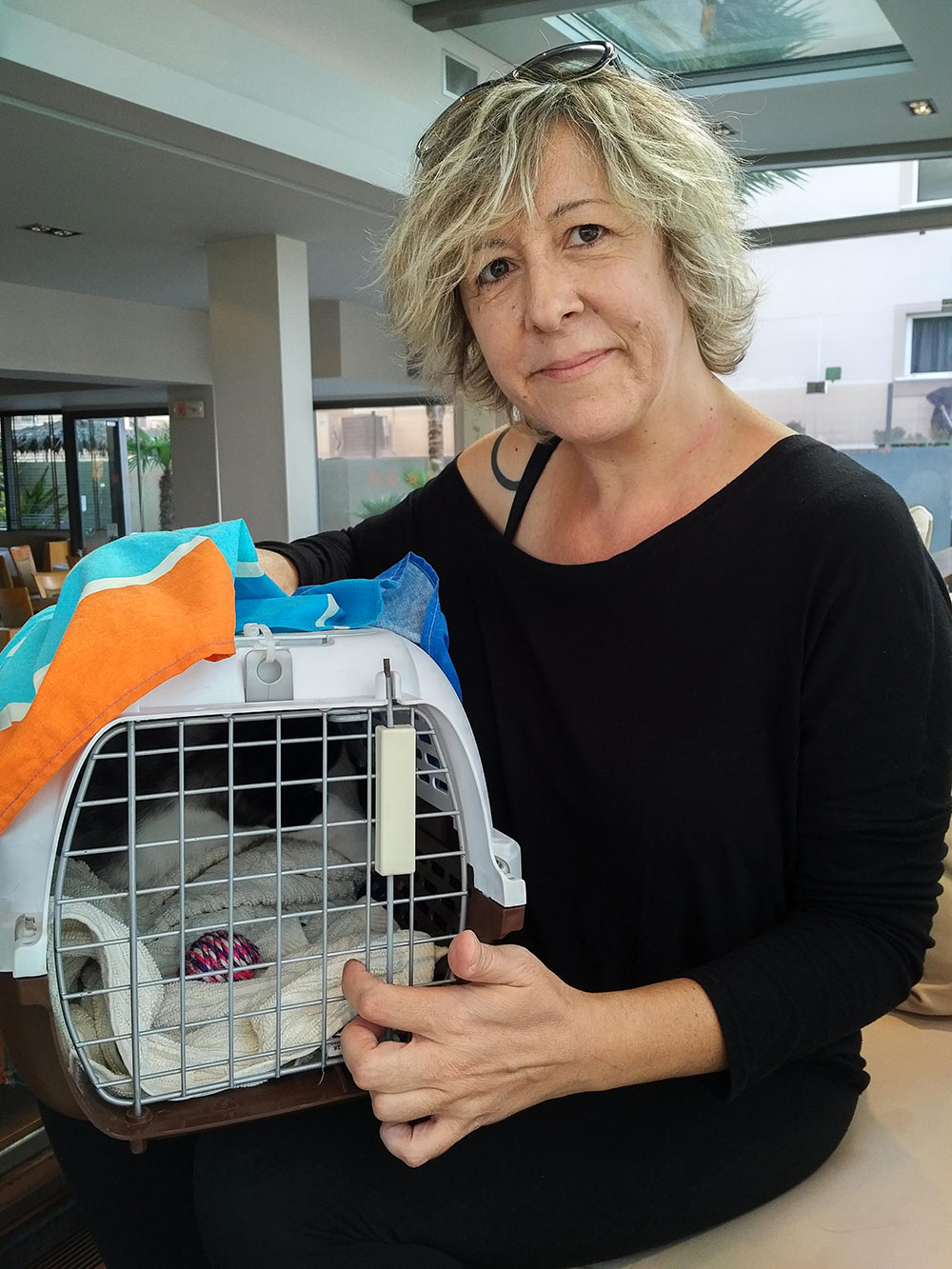 When cats are travelling, a small space to curl up in and hide makes them feel safe. Often their cat carrier will do, but we couldn’t fit Freddie’s carrier into his bedroom. Intrepid Cordelia from Nine Lives Greece went off in search of cardboard boxes. With scissors, boxes and an old blanket, she created comfy little palaces for all the cats who were missing a cubby hole! 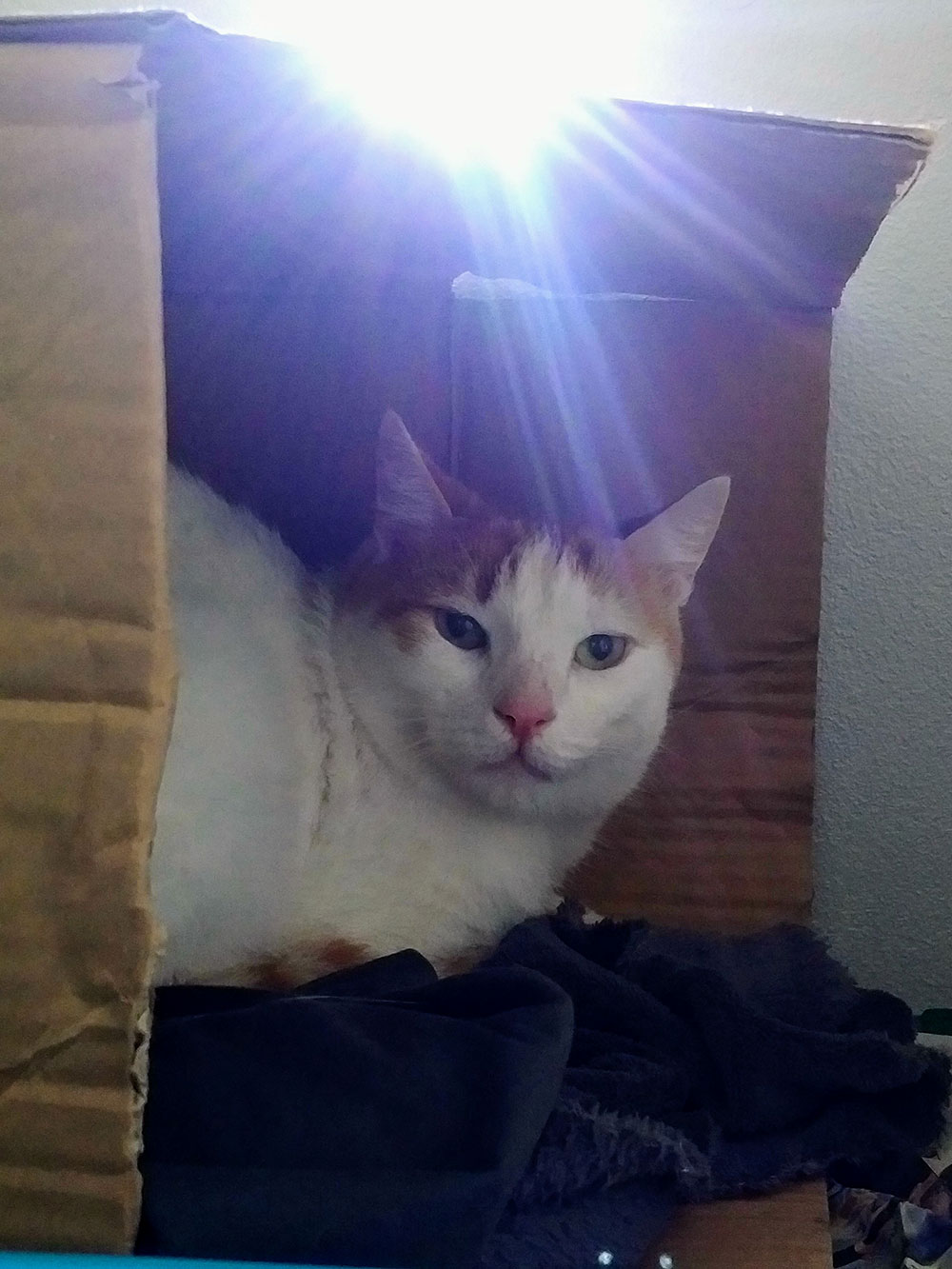 Here’s Freddie, a very cuddly character, peering out of his private nook

Lovely Rottweiler Chelsea arrived with Marco. His partner Stephanie is already in London, and now Chelsea and Marco are on their way to join her. 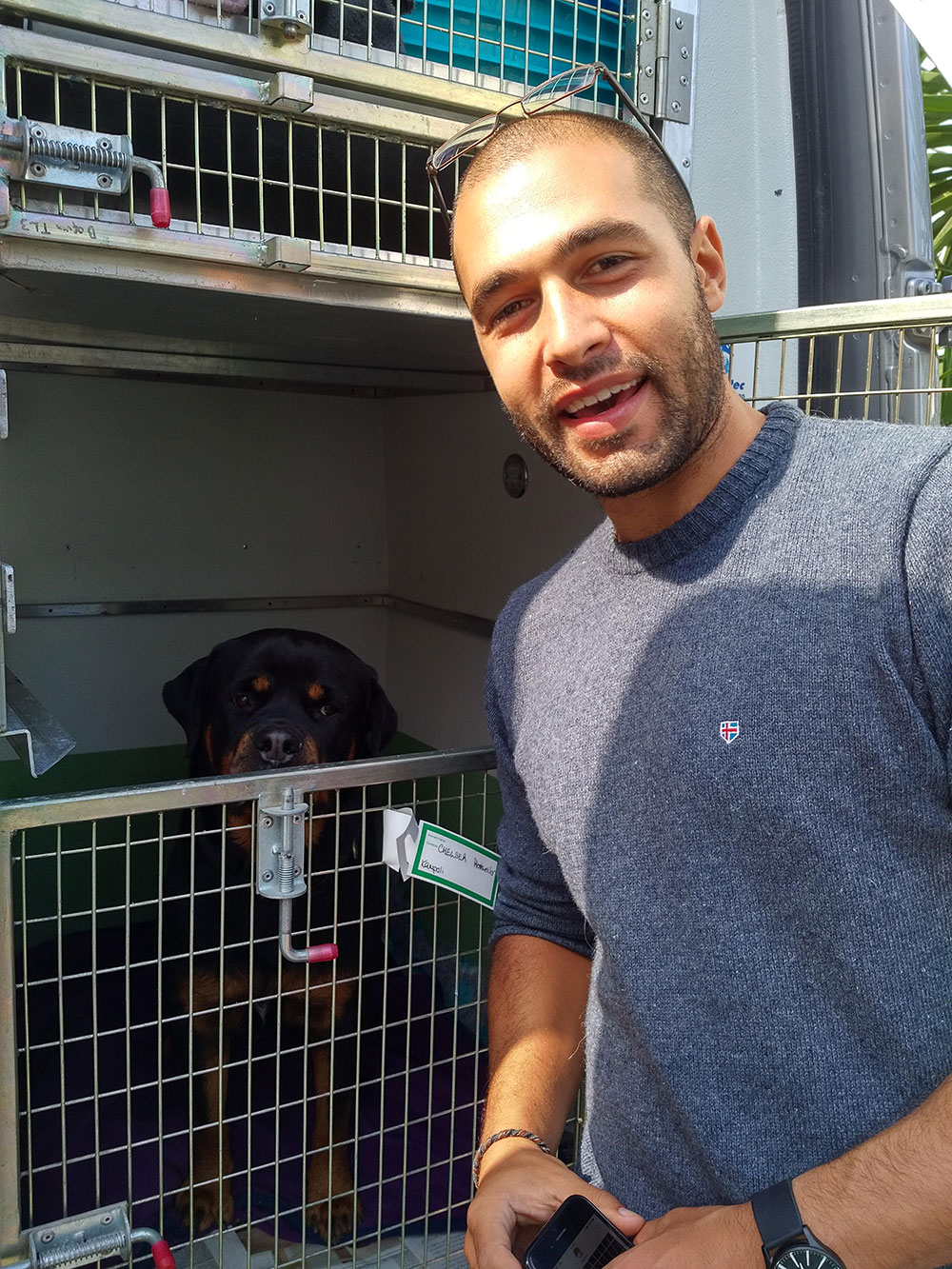 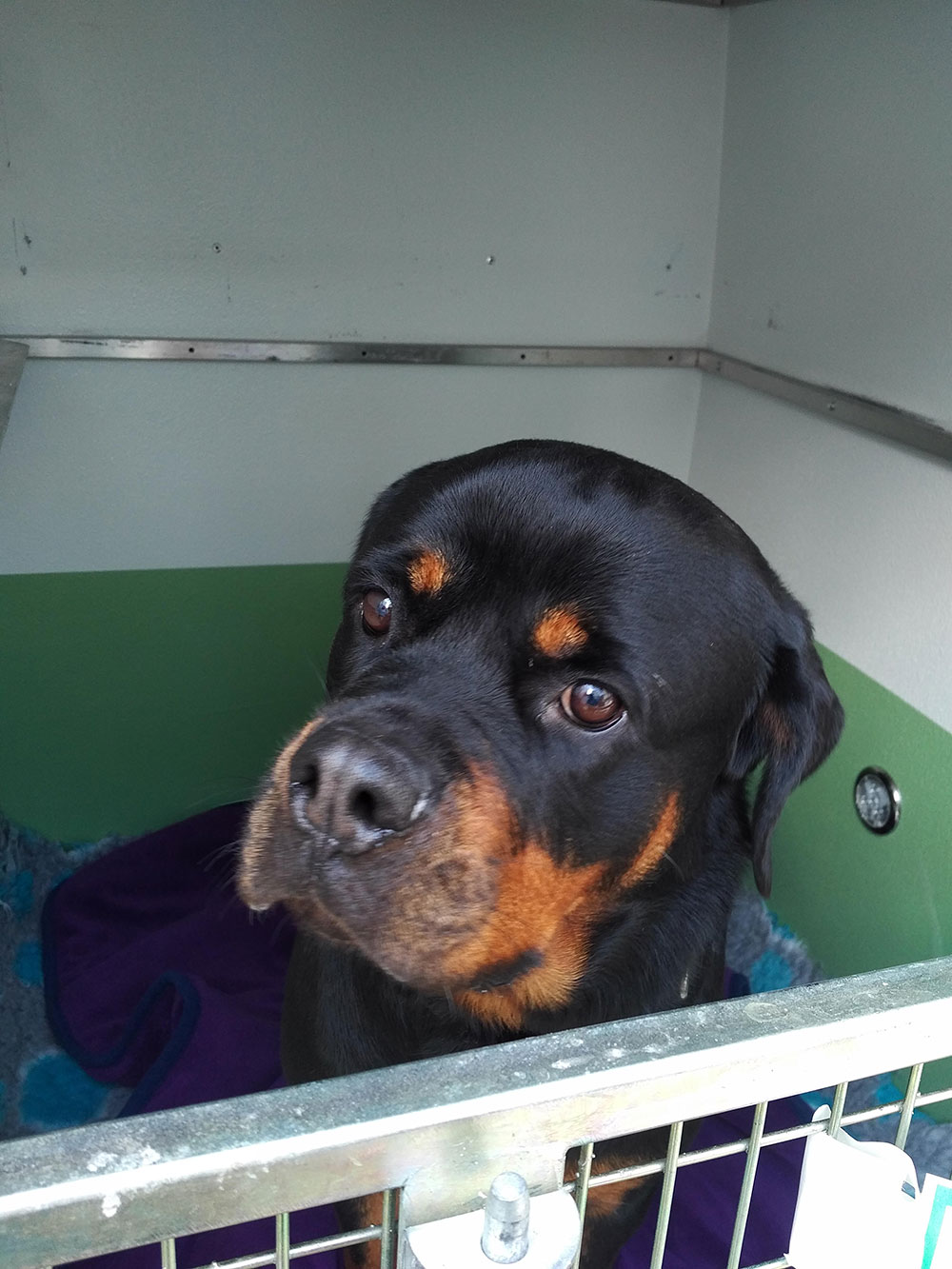 Such a soft dog! We look forward to walks with her.

German Shepherd Dog Roomi and Golden Retriever Snooki belong to John. John, his dogs, his fiancée and her mum are all relocating back to Edinburgh. 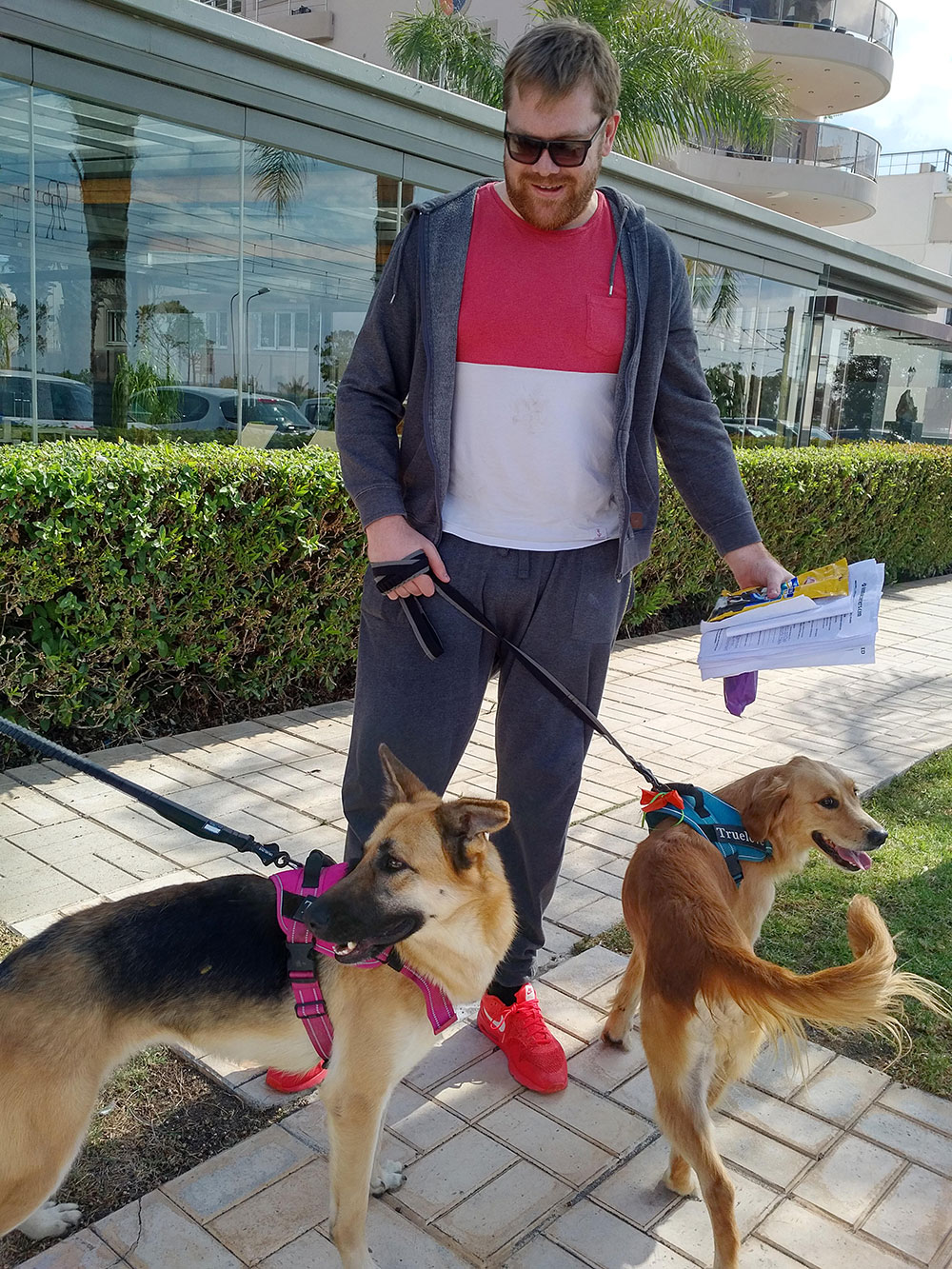 John with his adorable hounds 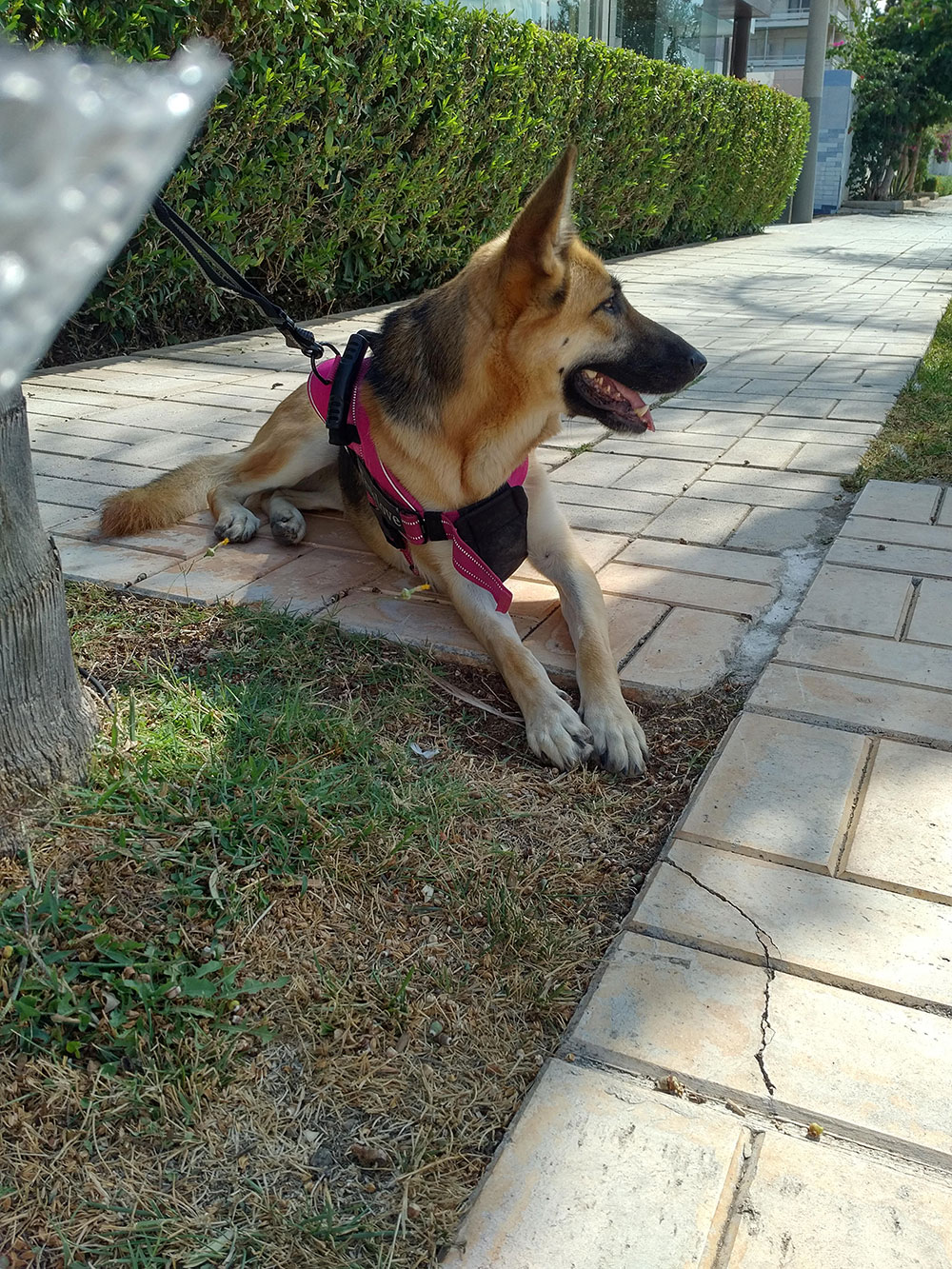 Roomi relaxes while waiting to get on board

Cute Shih Tzu Jazz belongs to George and Julian. She’s been in the tender care of their friend Yiannos while waiting to travel to rejoin her owners, who can hardly wait to see her again. 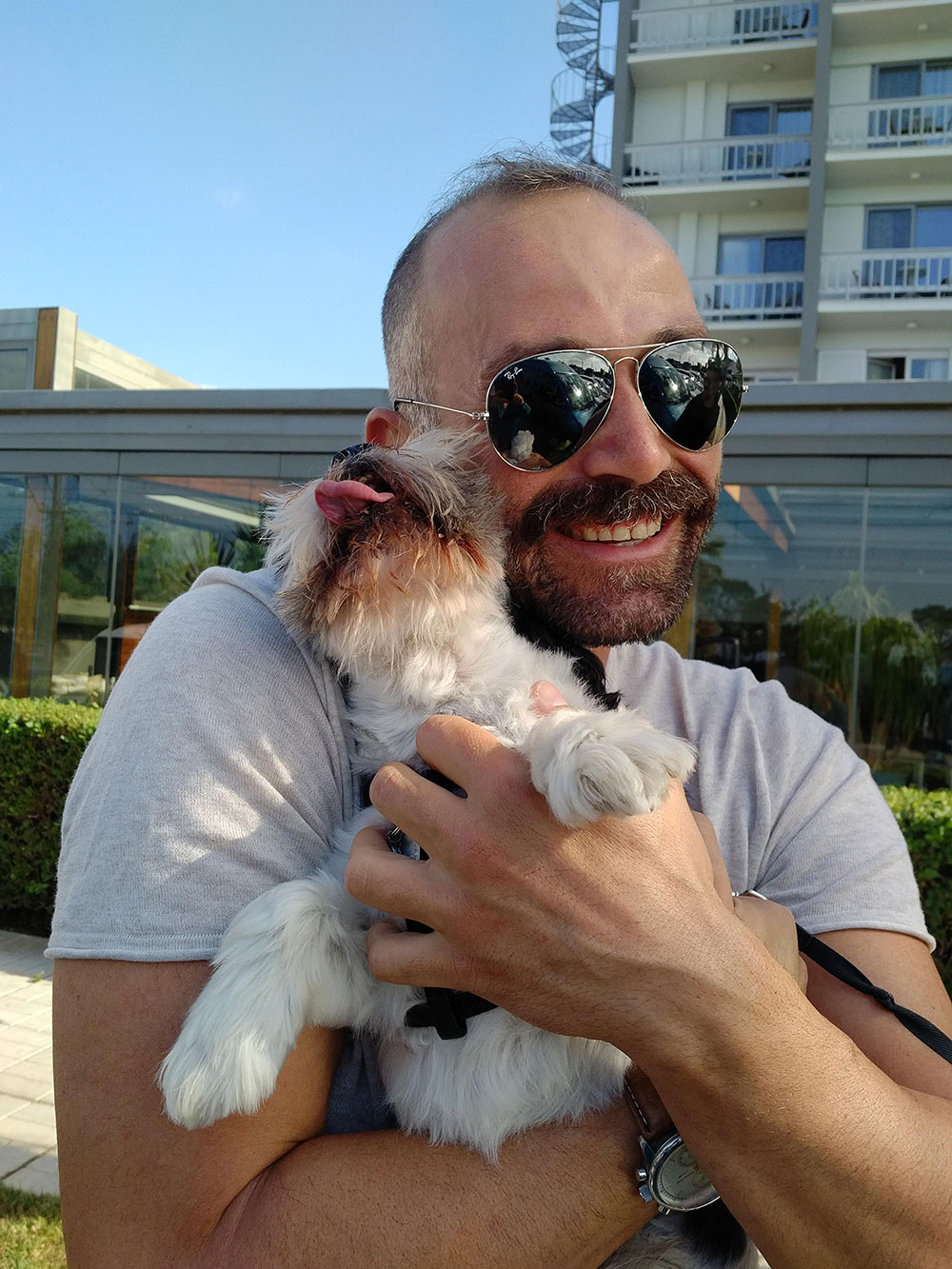 Both dogs are rescues, being by Starlight Barking Trust. They’re on their way to the Manchester Dog Café, where Tony and his team do a great job finding new homes for dogs like these two. Lucky Saxo has a new owner waiting already. 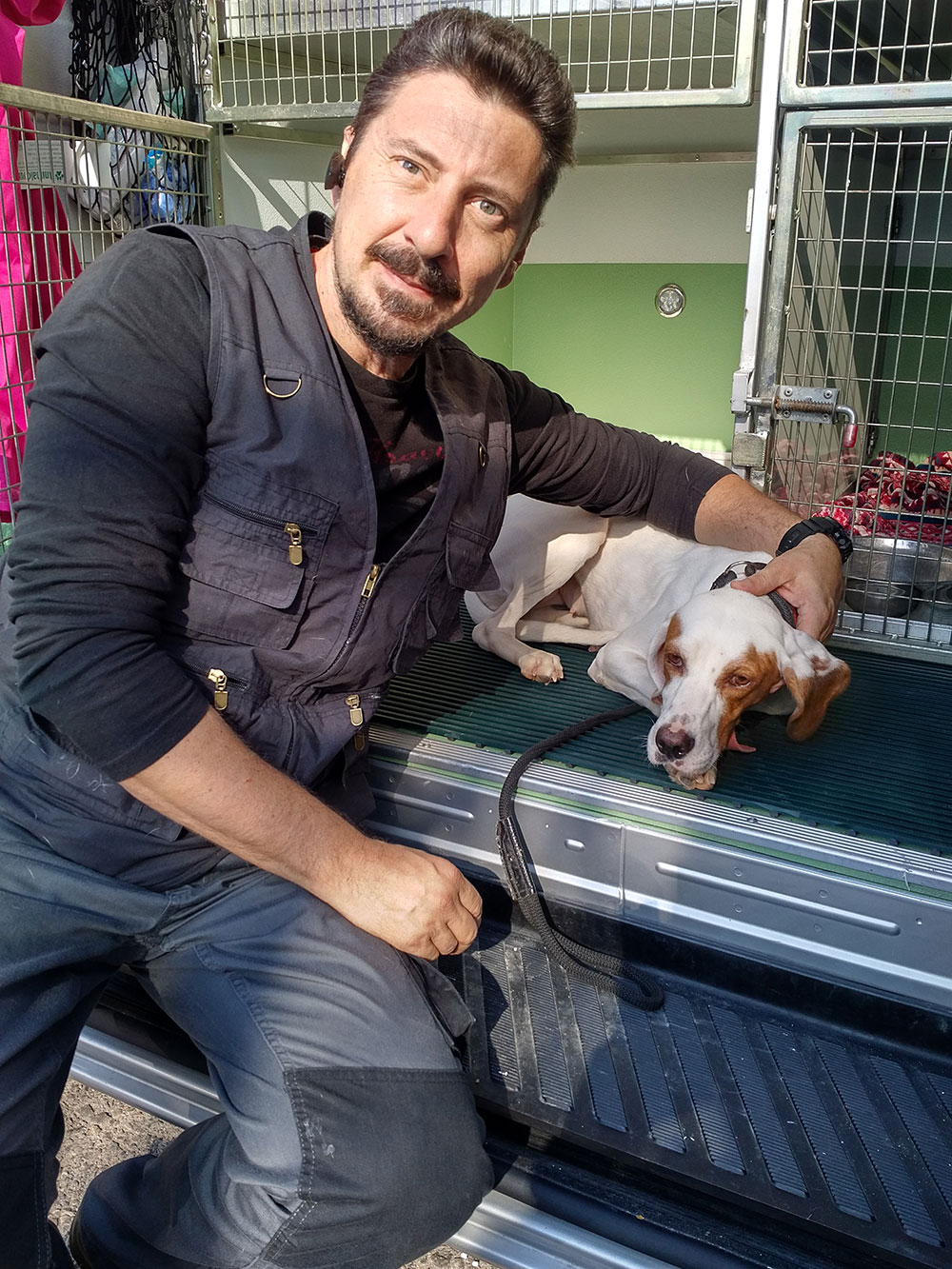 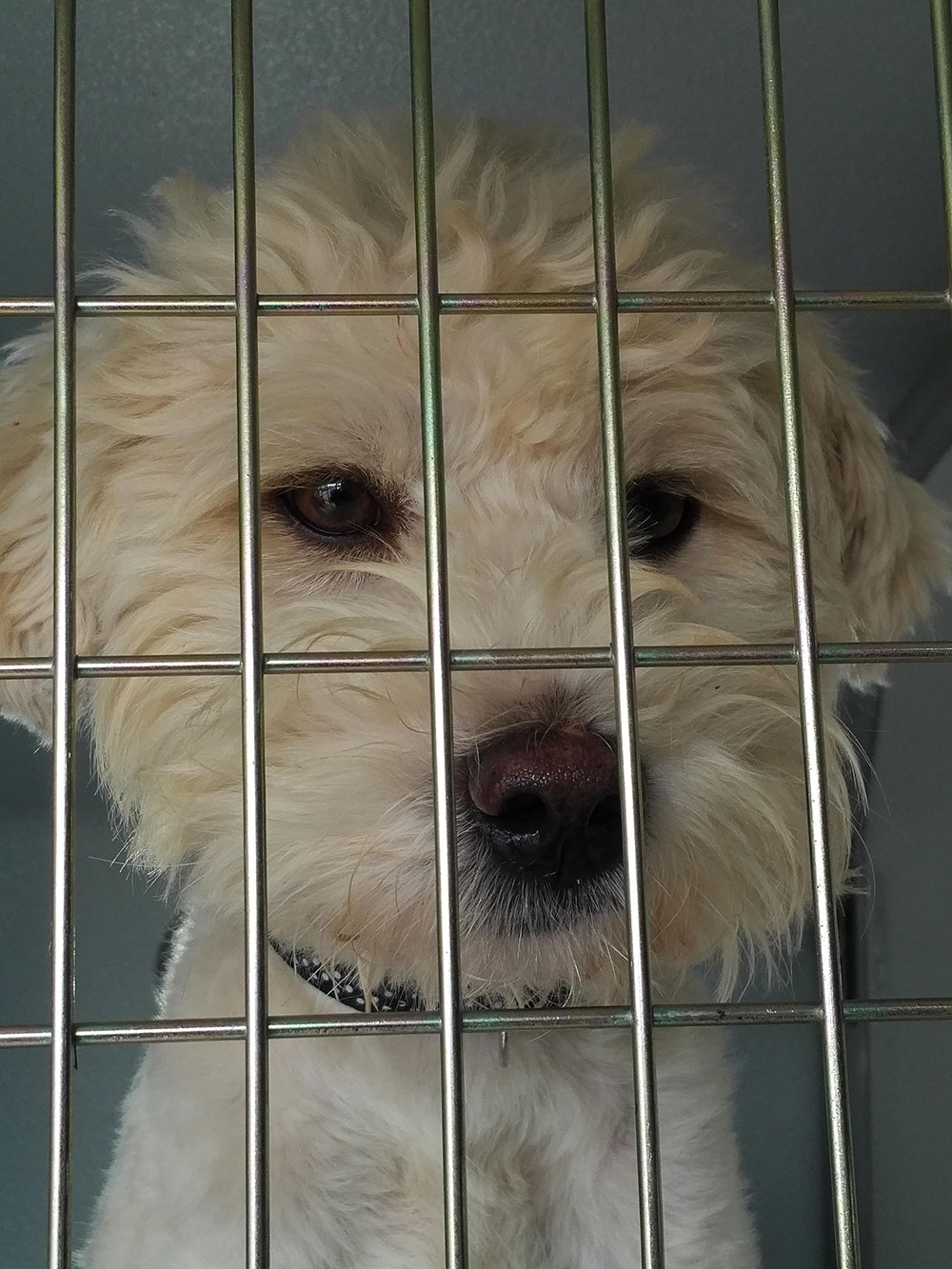 Saxo having a good look around

Boxer Ioukas is travelling with us to London, to rejoin owner Christos. 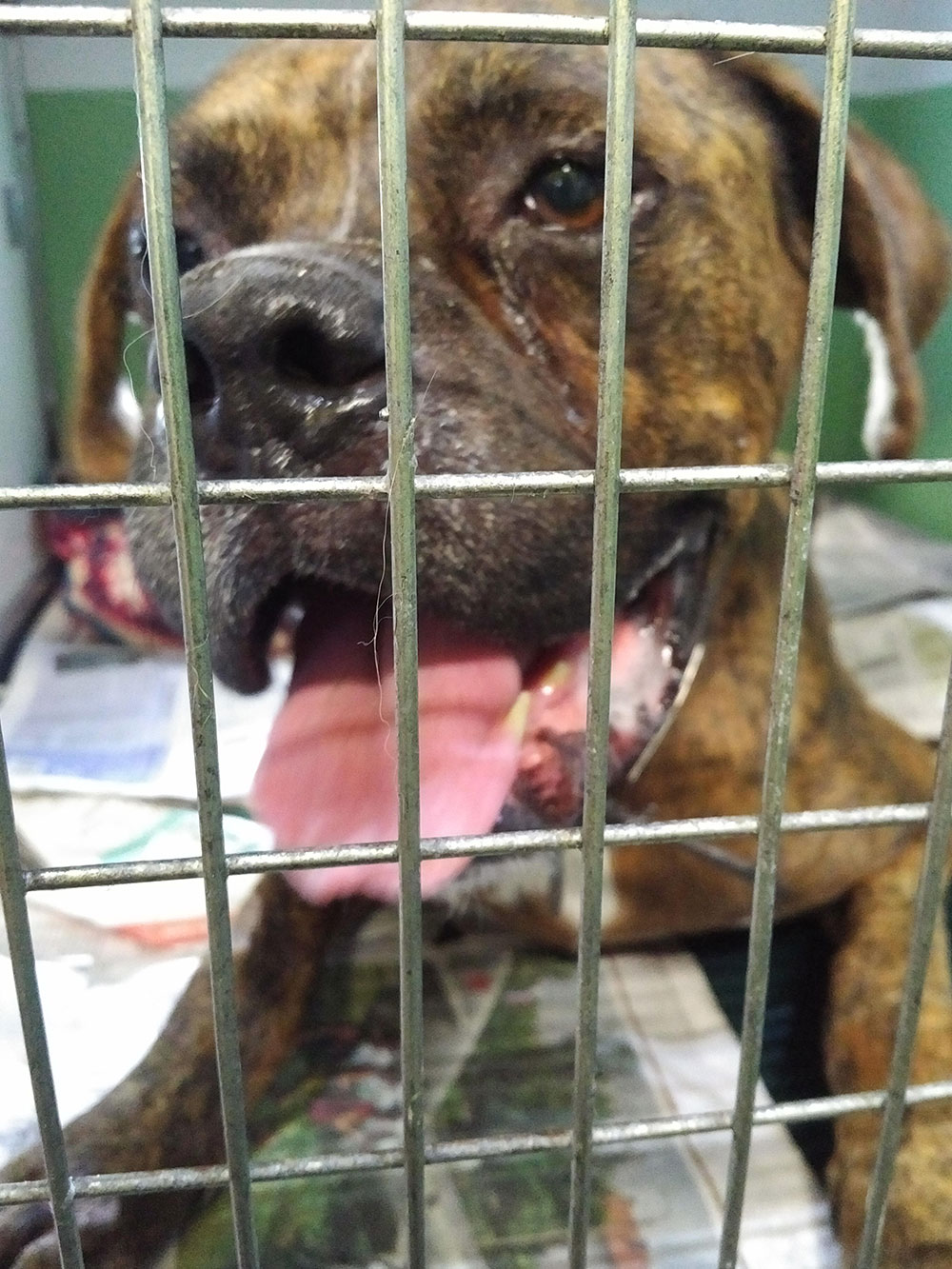 Eleni brough her cat Moli to join the trip. We’ll see Eleni again in Surrey, when she calls in to collect Moli when she arrives. 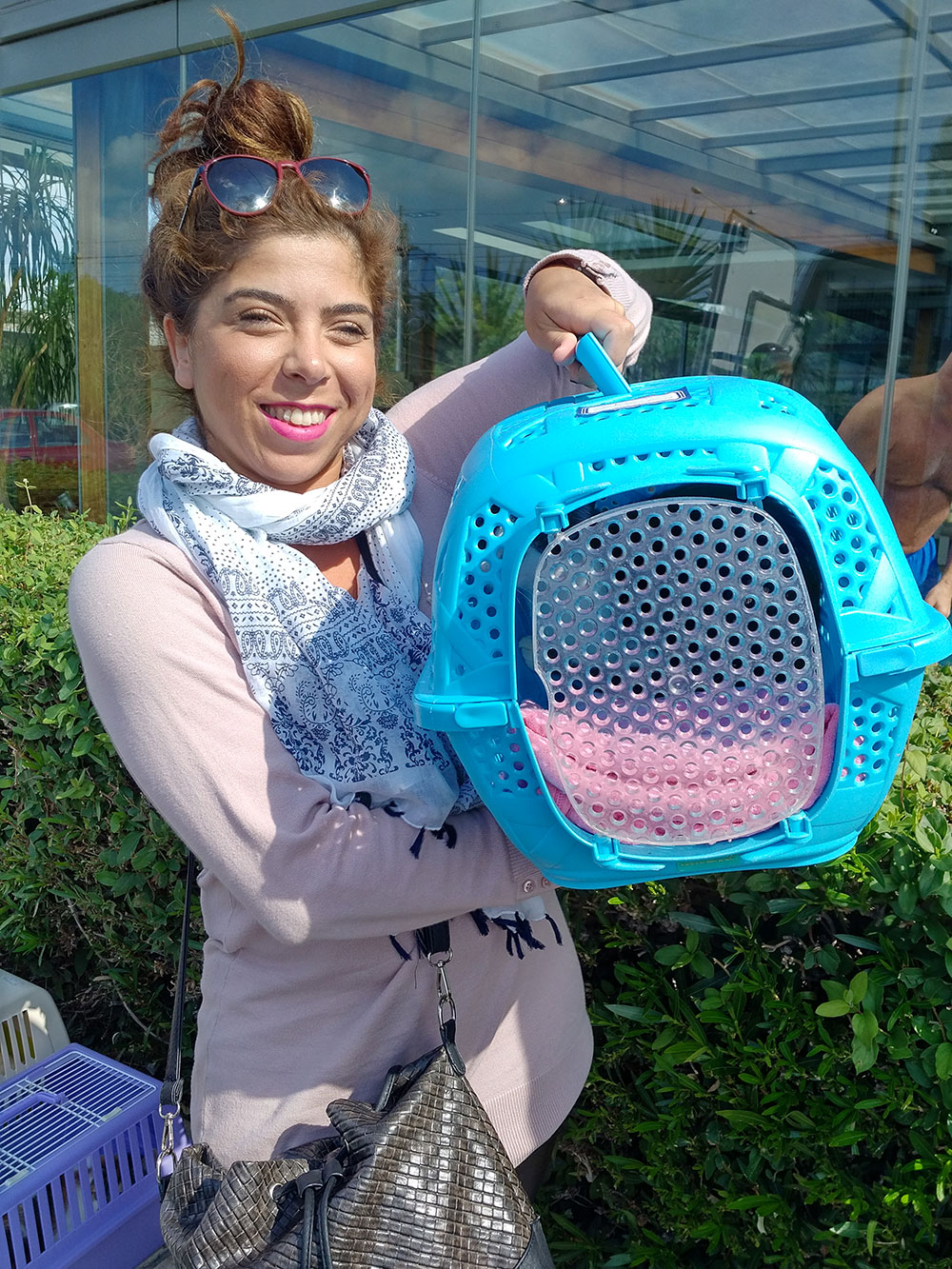 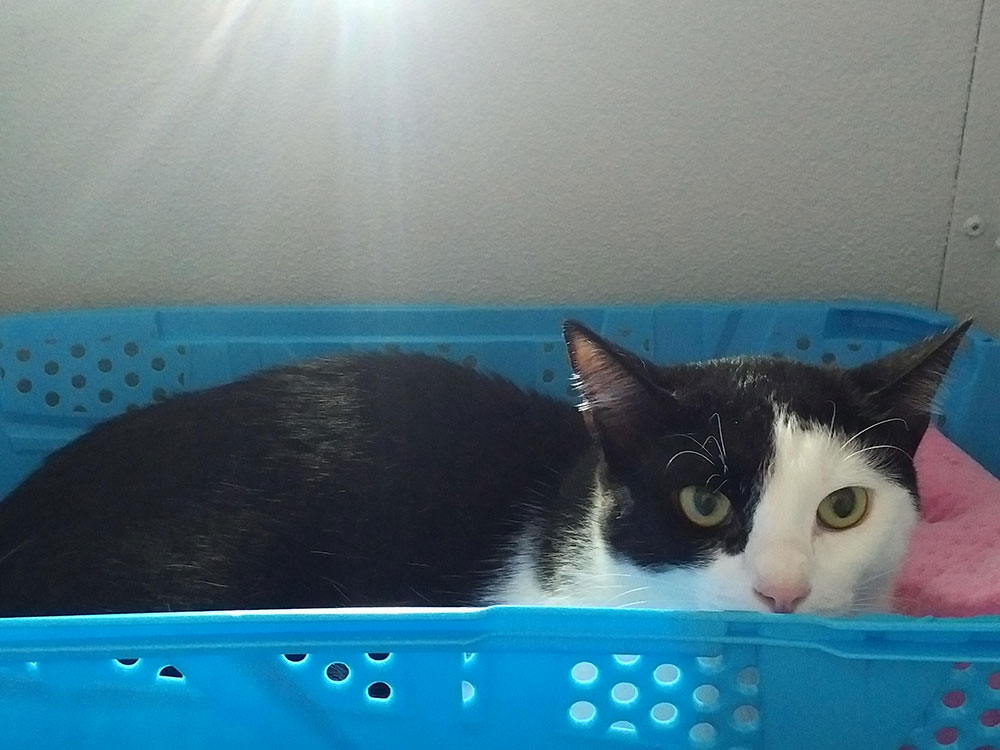 Another fab feline group, these five belong to Daphne. Owing to a change in cirdumstances, she is rehoming them privately in London. 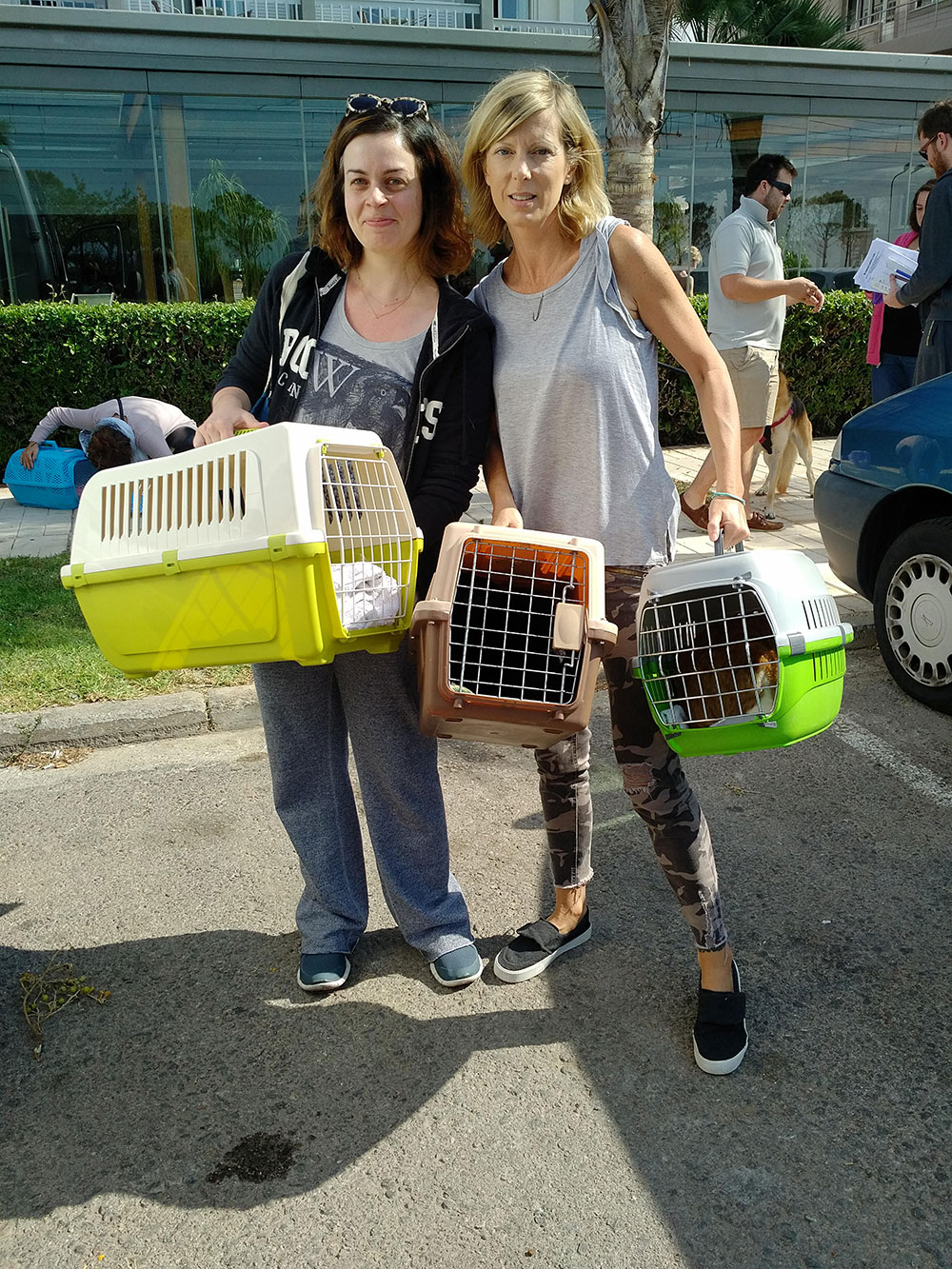 Daphne (with Cordelia from Nine Lives Greece) arriving with her cats 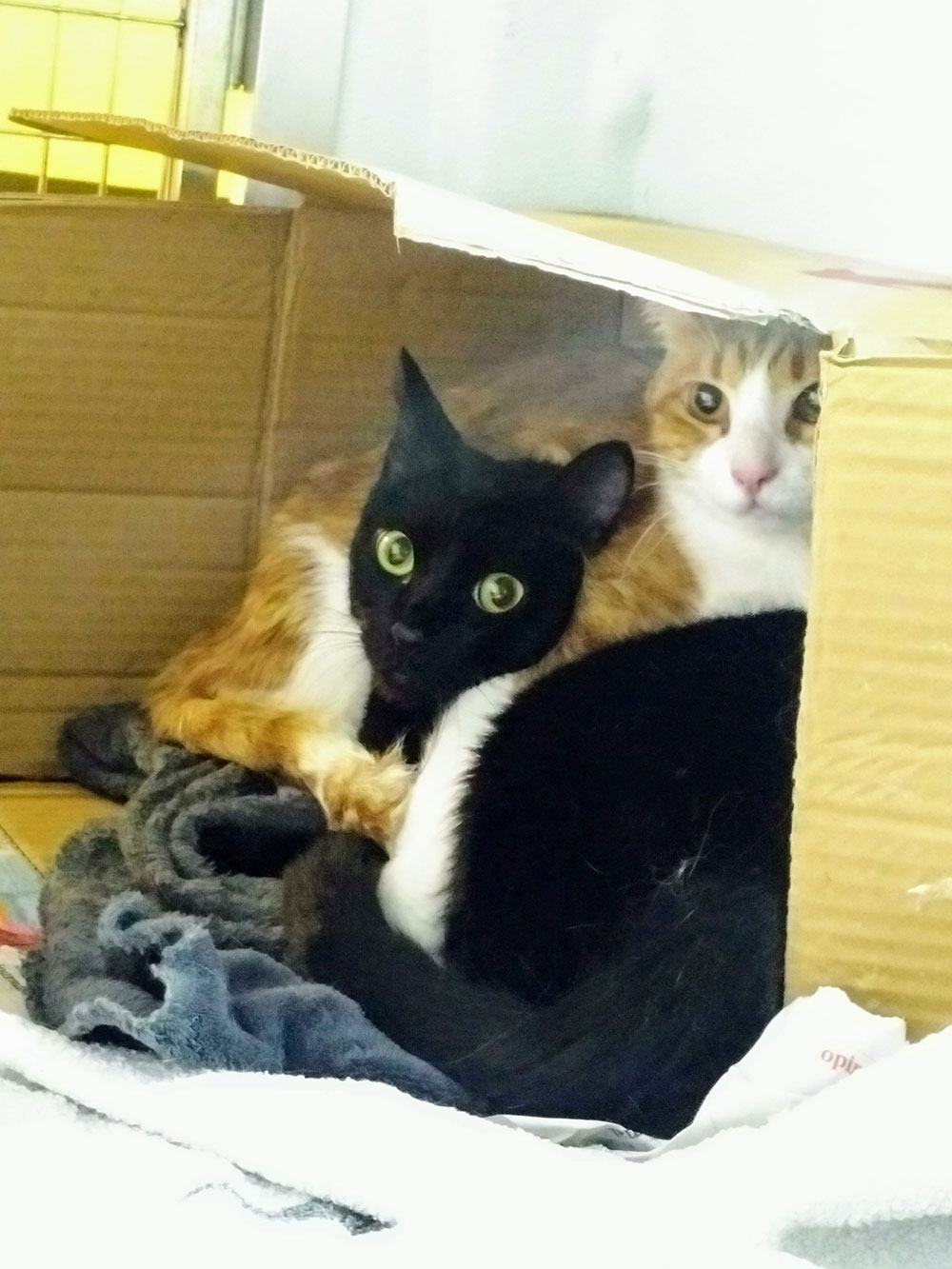 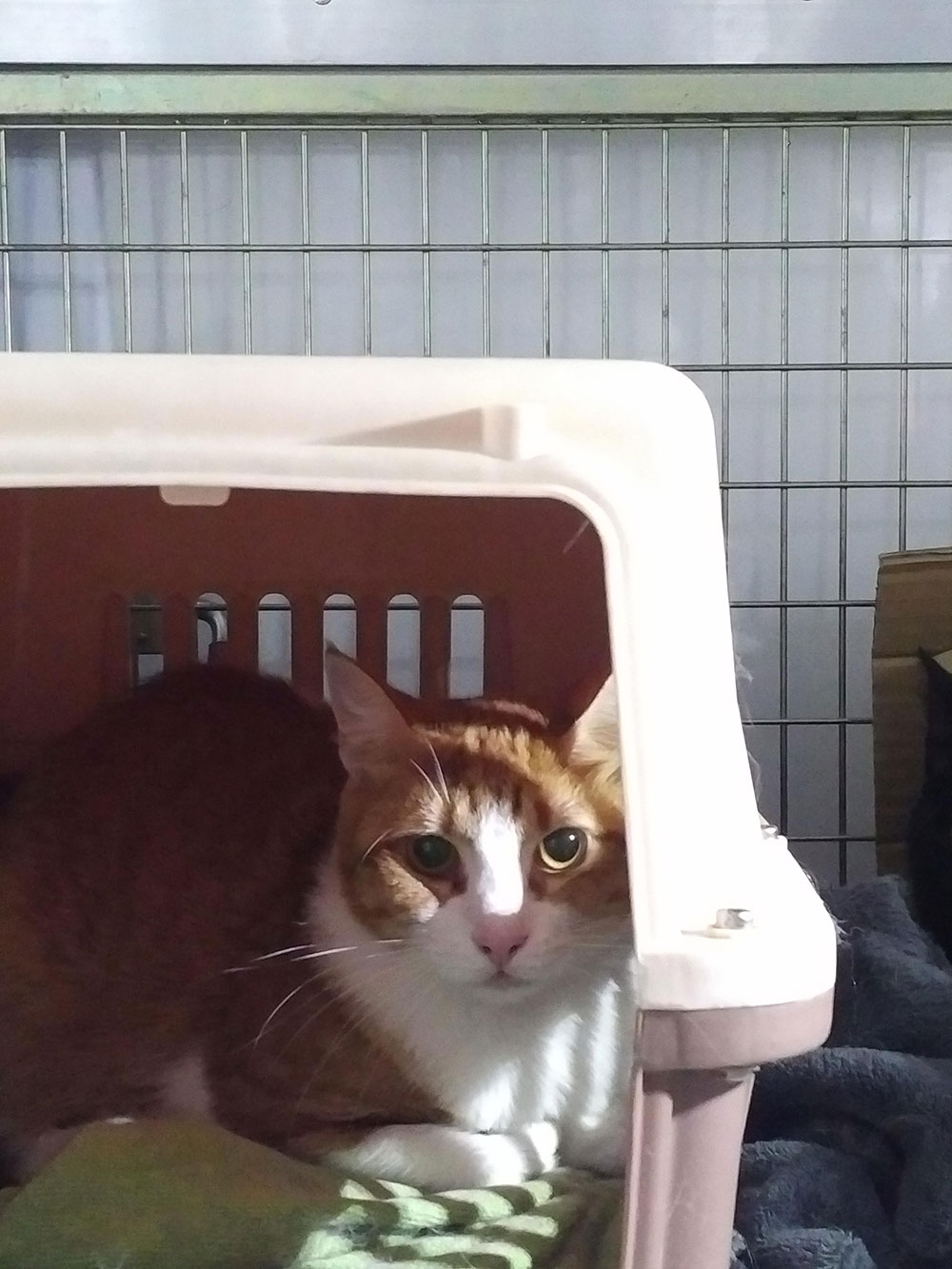 Laurie, another Shih Tzu, was a late addition to our trip. His owner Louika is a lawyer, who’s already moved to Leeds with her job. We caught up with Laurie and his grandmama at Corinthos, just outside the A8 supermarket. 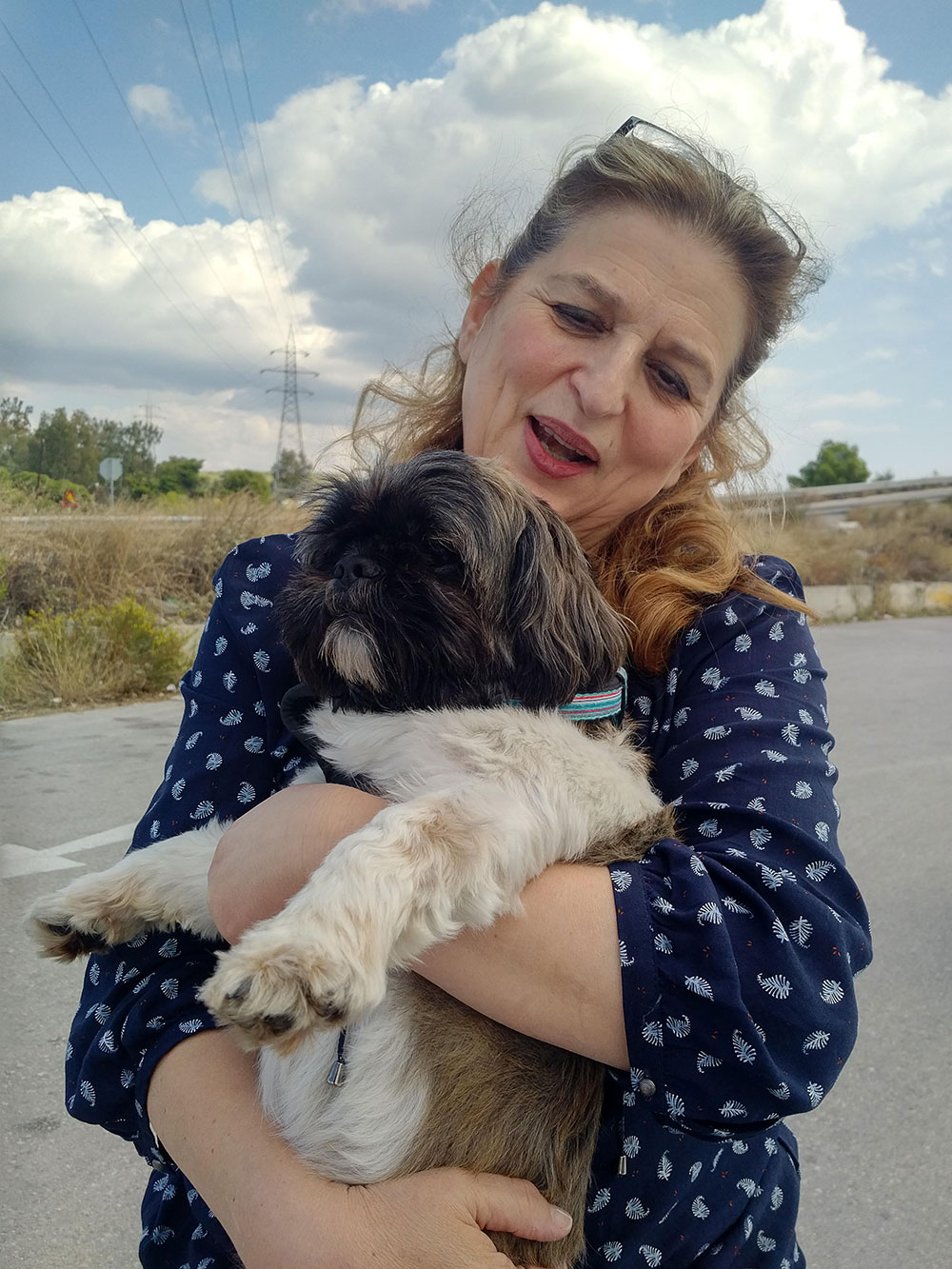 A proper send-off for Laurie 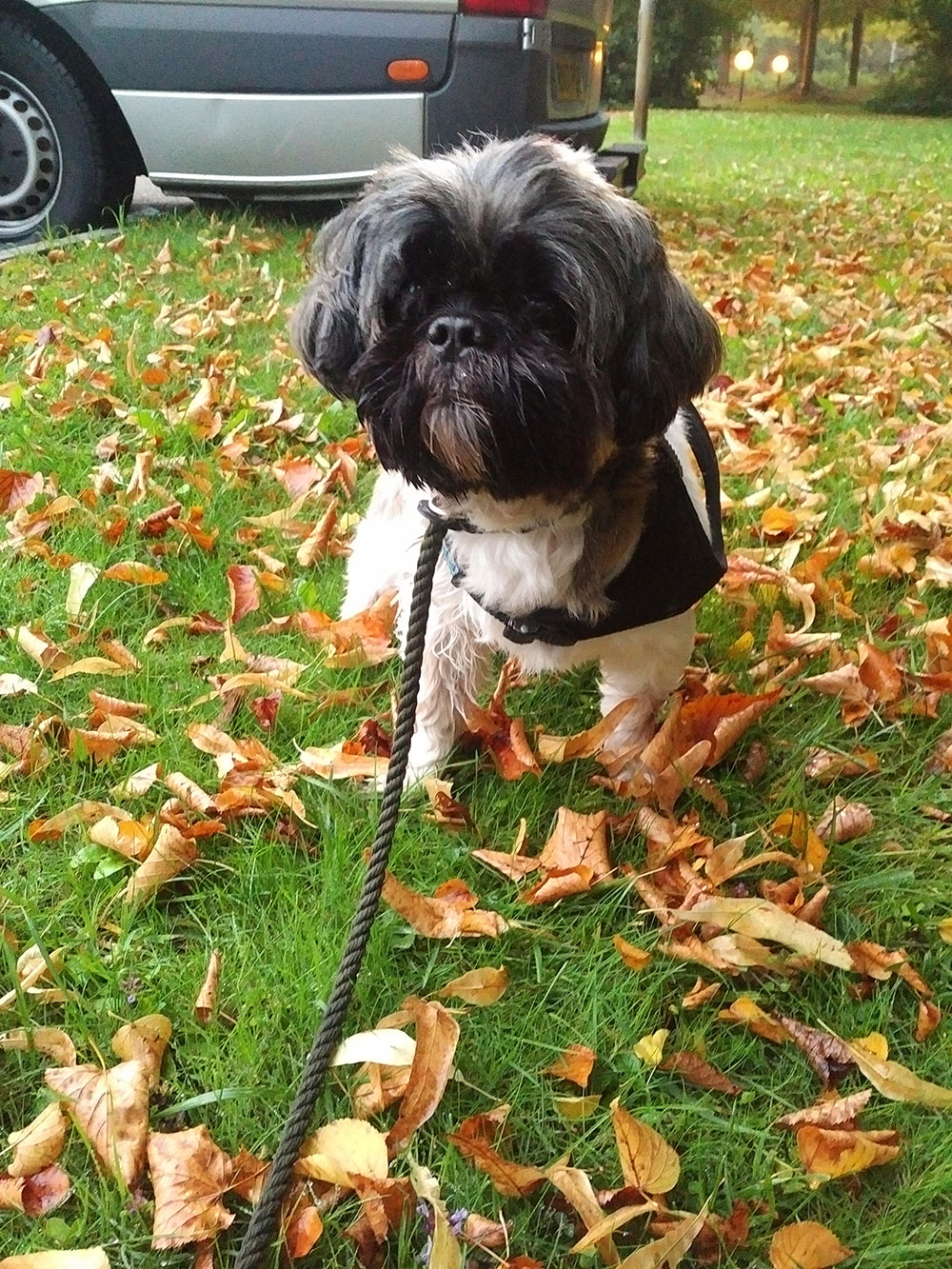 When we arrived in Italy after our ferry crossing, we needed to find a 24-hour vet, as three of the pets’ passports contained errors. We had the great good fortune to come across Clinica Veterinaria Due Madonne in Bologna, where a vet and two nurses were on hand to help. 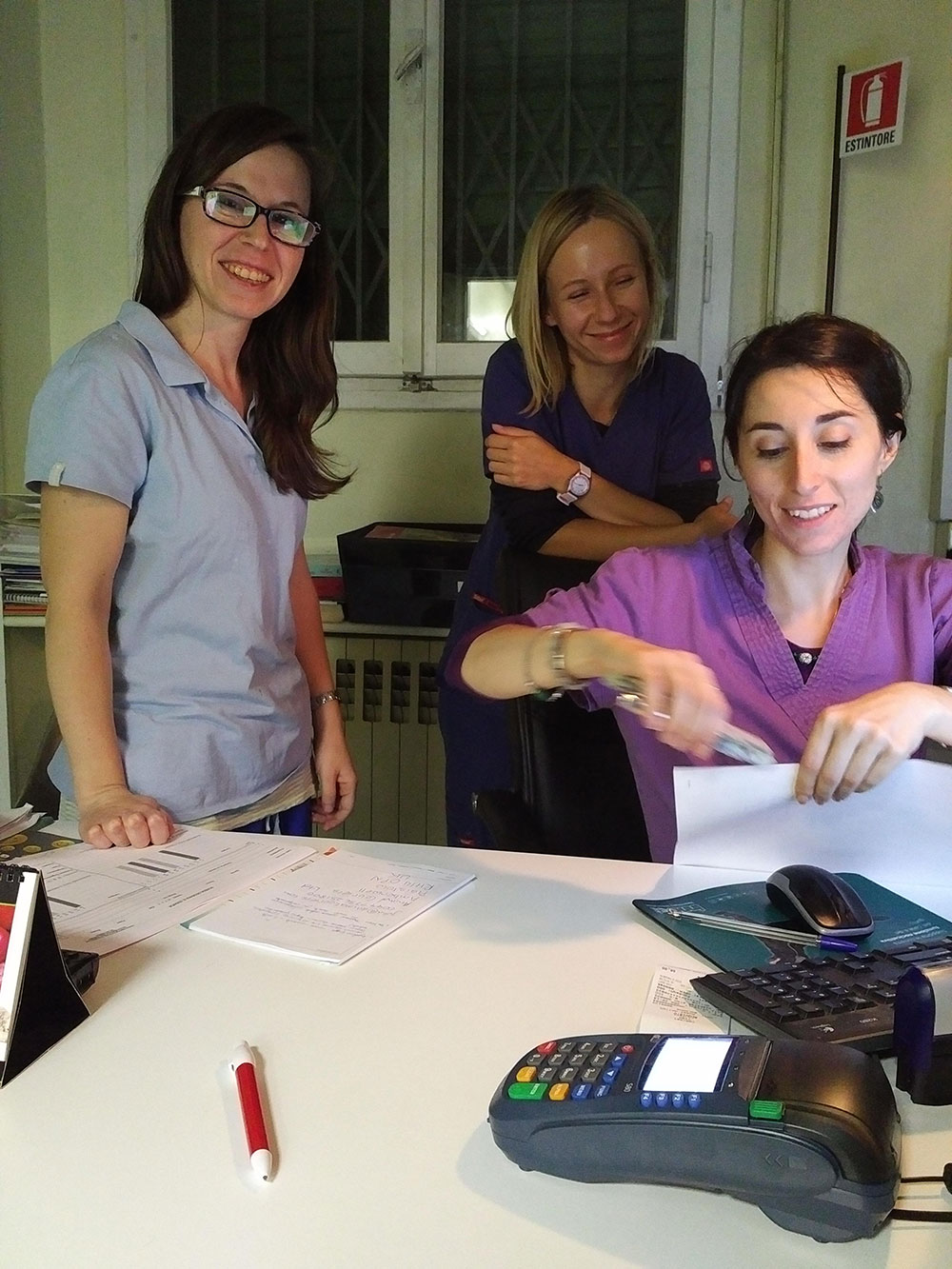 At Calais we scooped up little Bomby. He travelled with us a few weeks ago, but at Eurotunnel no-one could find his microchip, so he wasn’t allowed to cross the Channel. Instead, he went to kennels, had a new microchip fitted and a new rabies vaccination. Three weeks later, he was ready to travel.

We nicknamed him Gnasher, as he shows his teeth to demonstrate what he thinks of people! Underneath it all, however, he’s as soft as butter. 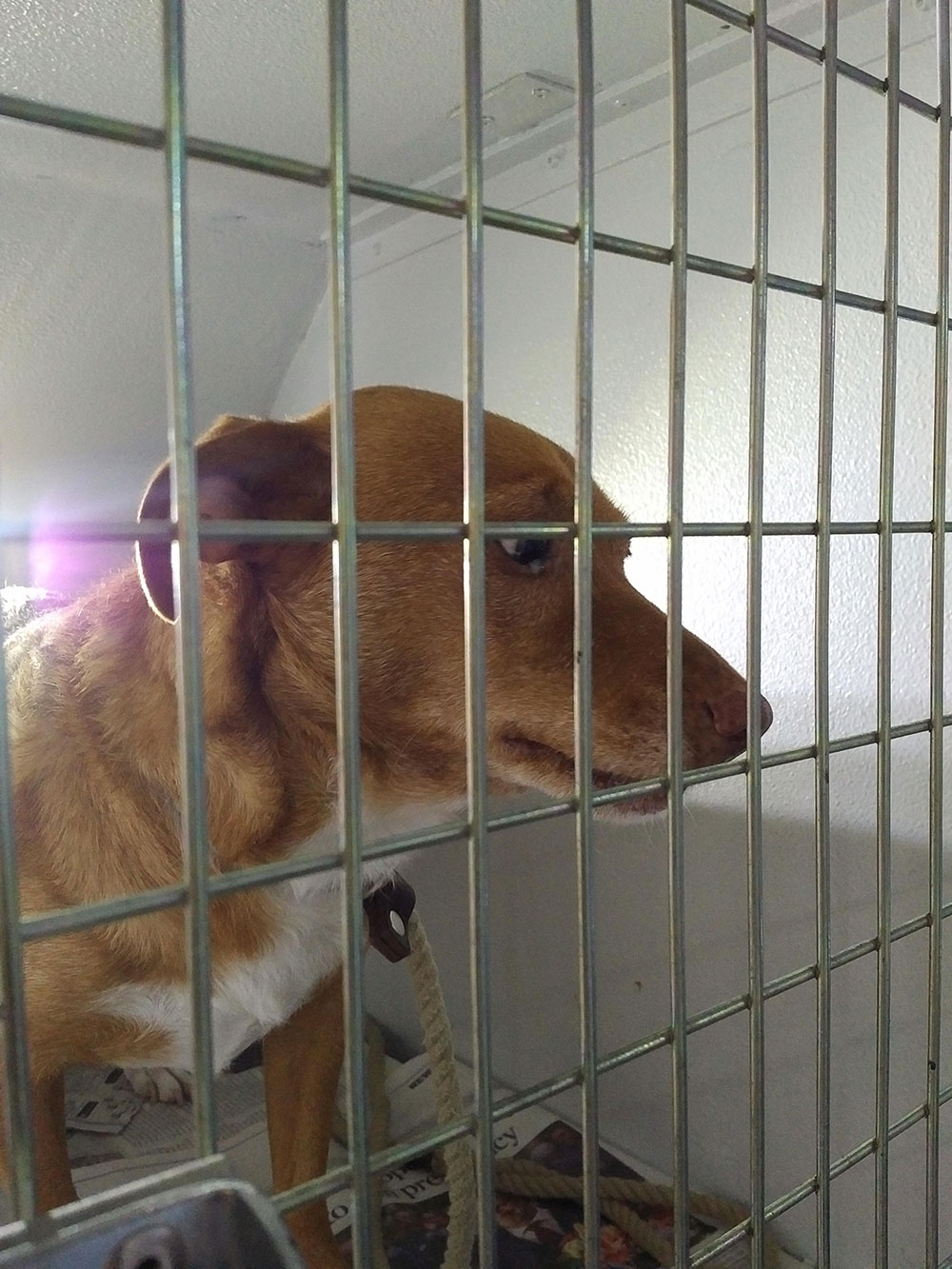 Bomby on his way to the UK at last 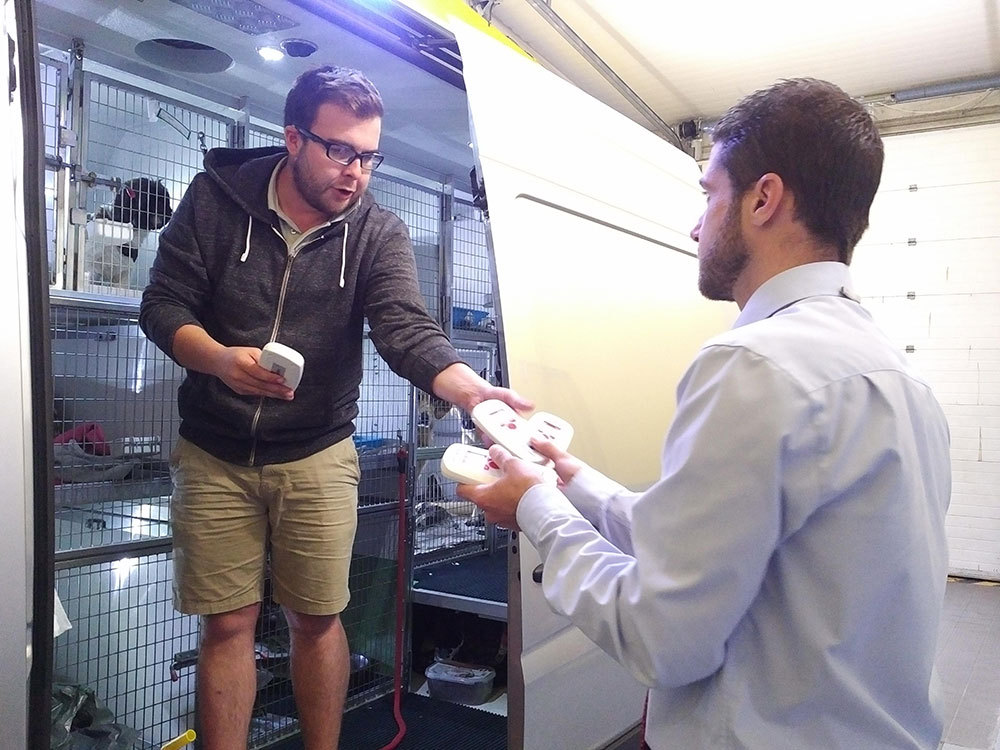 Pet passport and microchip checks at Eurotunnel. Courier Matthew from GoFetch helped us on this trip.