Cats and dogs on their way to Italy and Greece

Meet the cats and dogs from the UK on their way to Italy and Greece to rejoin their families. 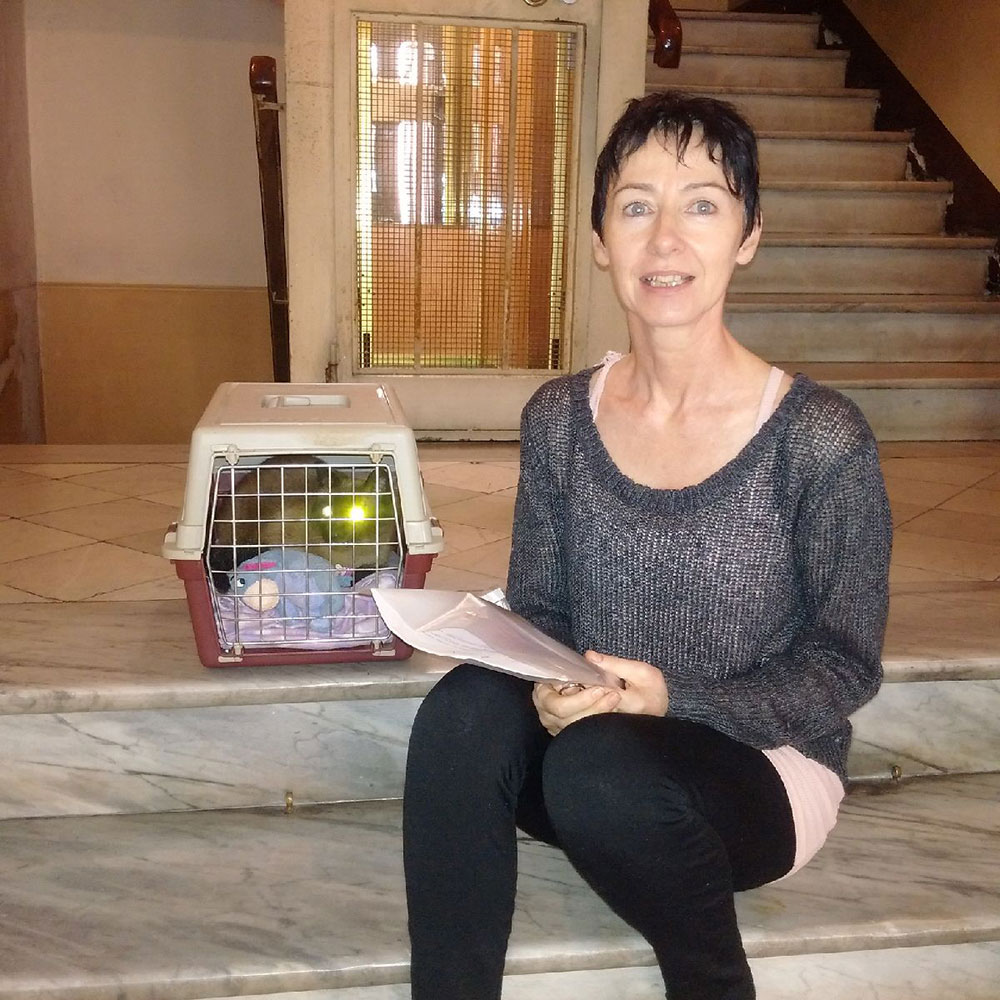 Beautiful tuxedo pair Yorkie and Noodle travelled with us from the West Midland to the NATO base at Lago Patria in the Naples area, where owner Ayla has a new military posting. Both cats have very healthy appetites, so we left a food parcel for them with Ayla to tide them over until she could get to the shops. 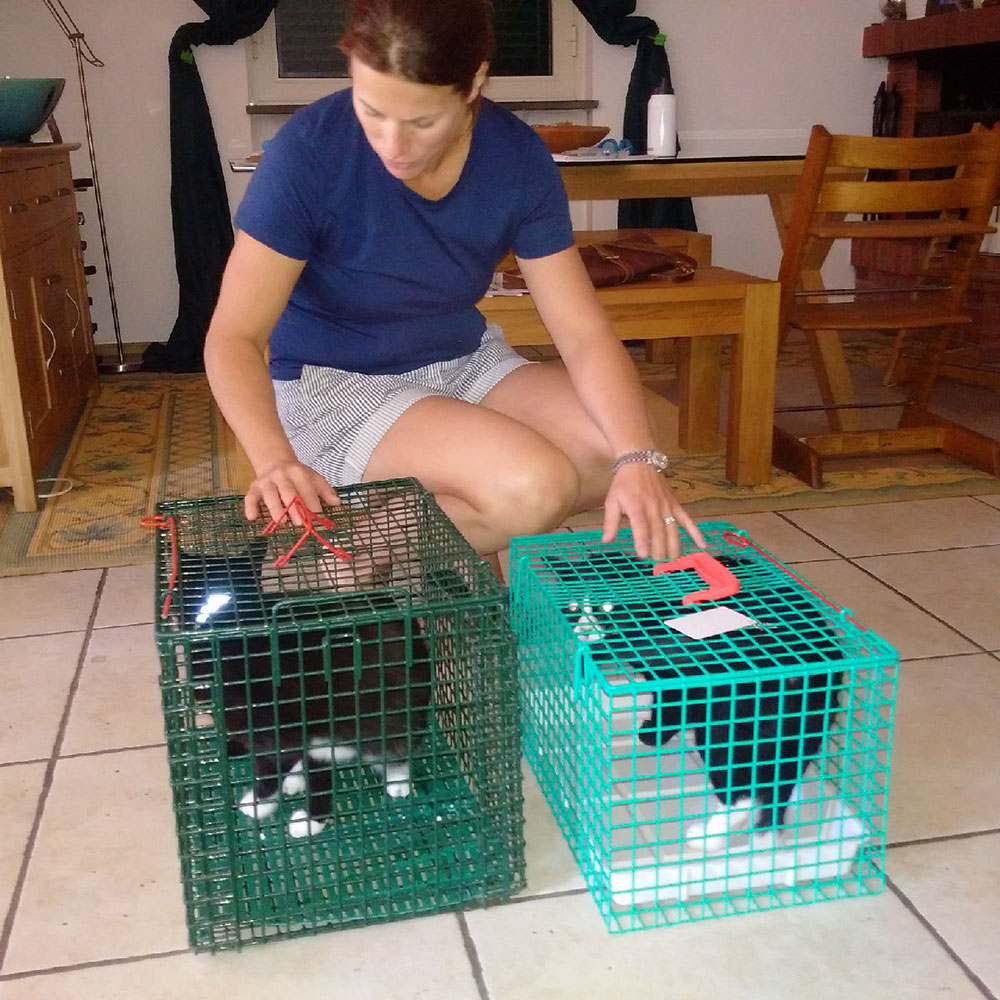 Ayla welcomes Yorkie and Noodle to their new Italian home

Coco is a Sprocker — a cross between a Springer and a Cocker Spaniel. This lovely girl belongs to Penny and Andrew who, like Ayla, has been posted to the NATO base at Lago Patria.

Coco was a joy to walk, always nose to the ground. She would doubtless have made a great sniffer dog! 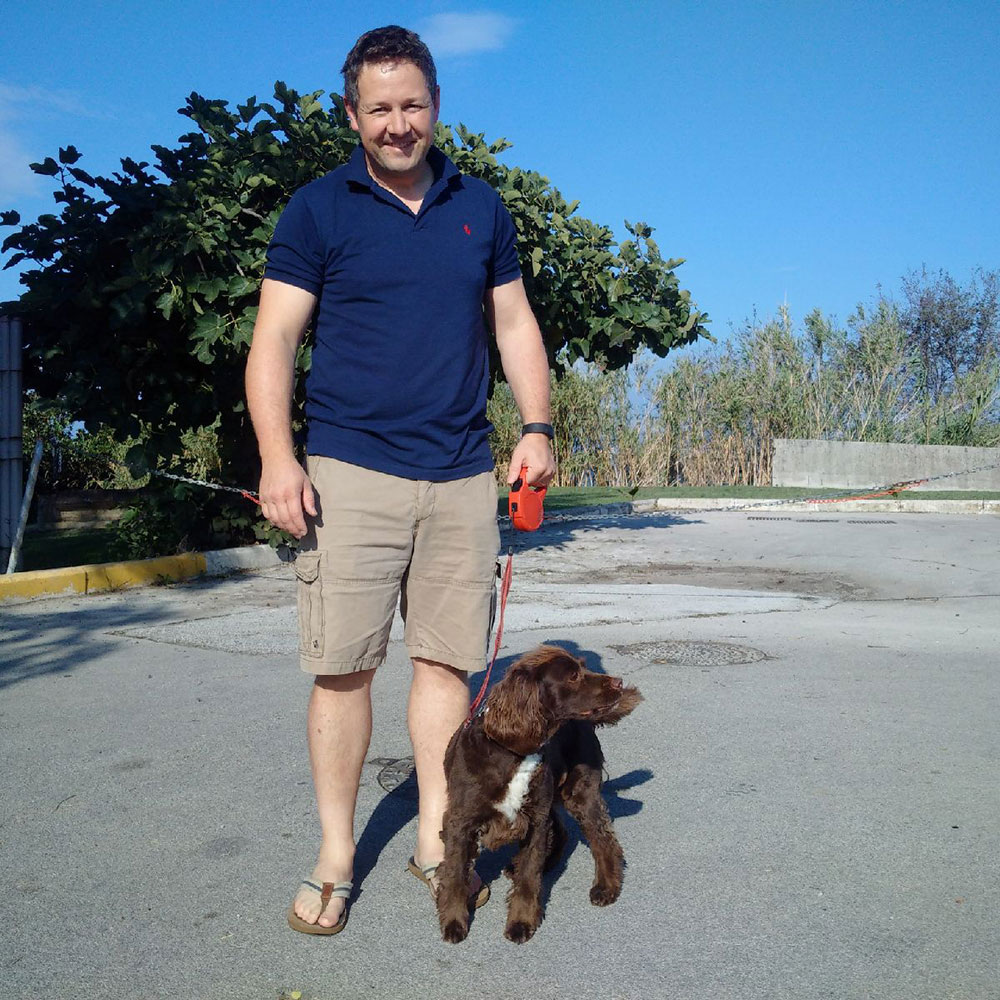 Coco reunited with Andrew under a fabulous Italian sky

Super Jack Russell Terrier Minni is travelling with us from Sunderland to Sorrento. Minni was looked after by owner Clair’s mum until our trip left. Clair and her children were very excited at the prospect of being reunited with Minni, who travelled really well. 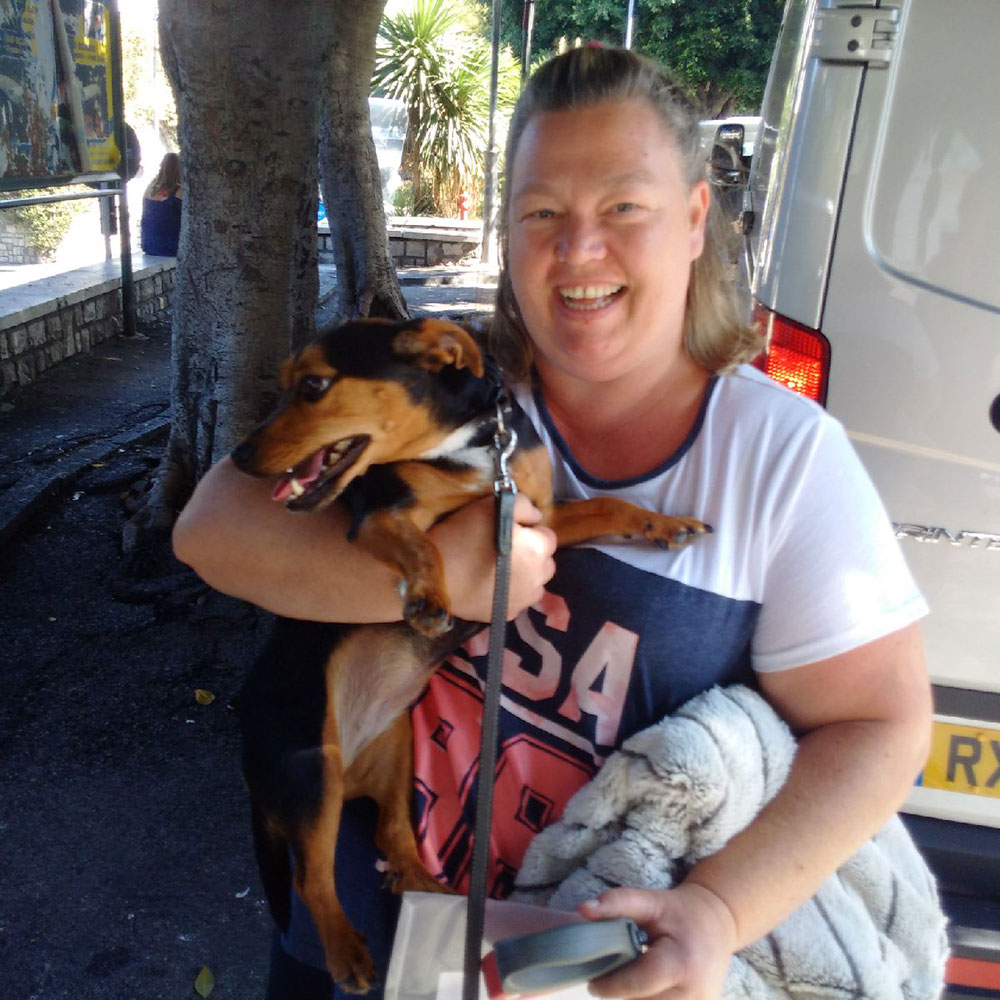 Sweet little Shiva belongs to Teresa. She’s travelling with us from London to Reggio Calabria, a town on the south coast of Italy. 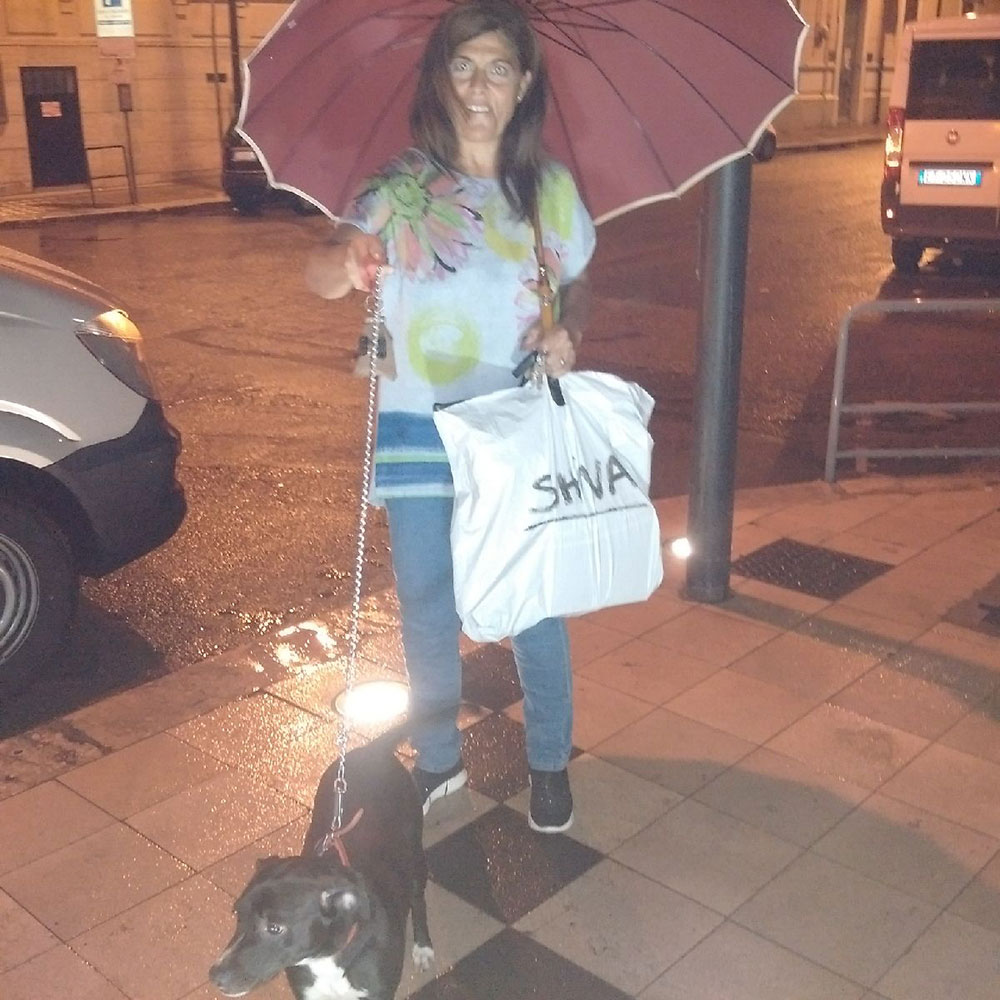 We reunited Shiva with Teresa at Reggio Calabria’s central railway station on a rather wet evening, but nothing could dampen Shiva’s enthusiasm!

This splendid seven-strong feline family belongs to another Teresa, who’s been living in London for a while. She’s now heading home to her roots in Sicily, and of course the cats are going too. When courier Fiona called in to collect the cats, a big farewell party was in full swing.

Teresa sent them off with instructions about who could share with whom, along with plenty of familiar-smelling bedding. It worked a treat — the cats settled down as soon as we popped them into their bedrooms, and in no time at all, the only sound to be heard was light snoring. 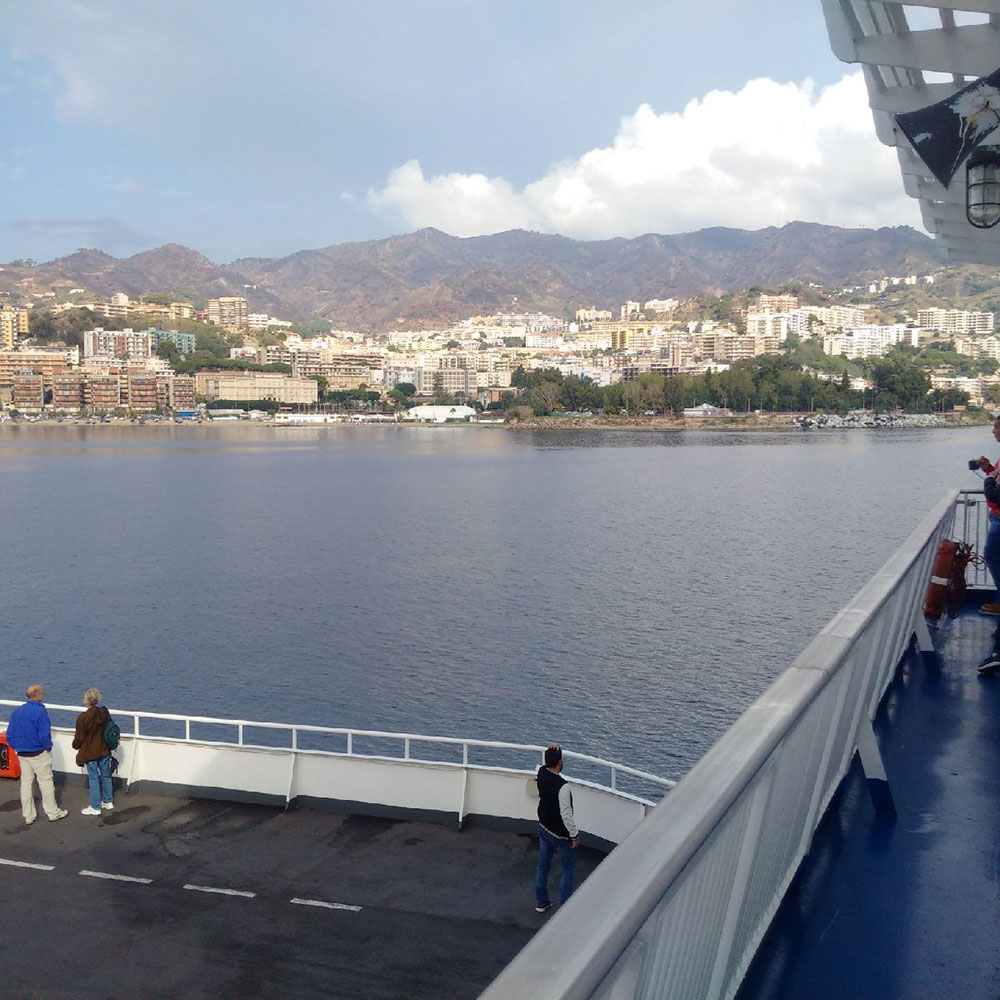 From Reggio Calabria, it was a short ferry ride across the Strait of Messina to Sicily. Here we are, just five minutes away. 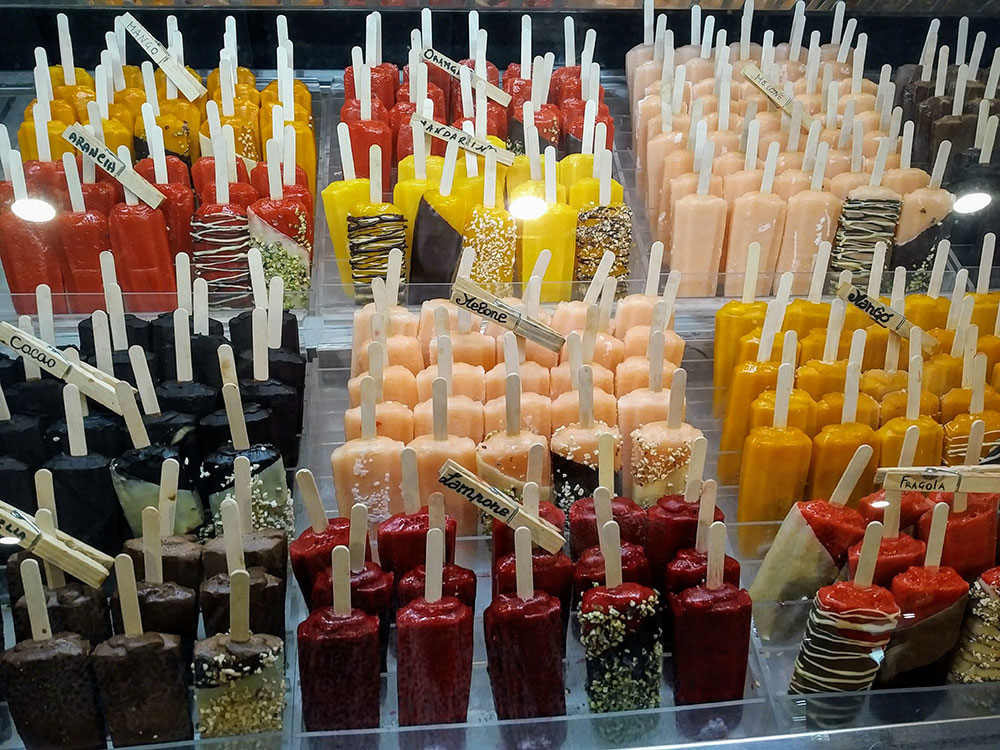 Ice lollies for sale on board the ferry 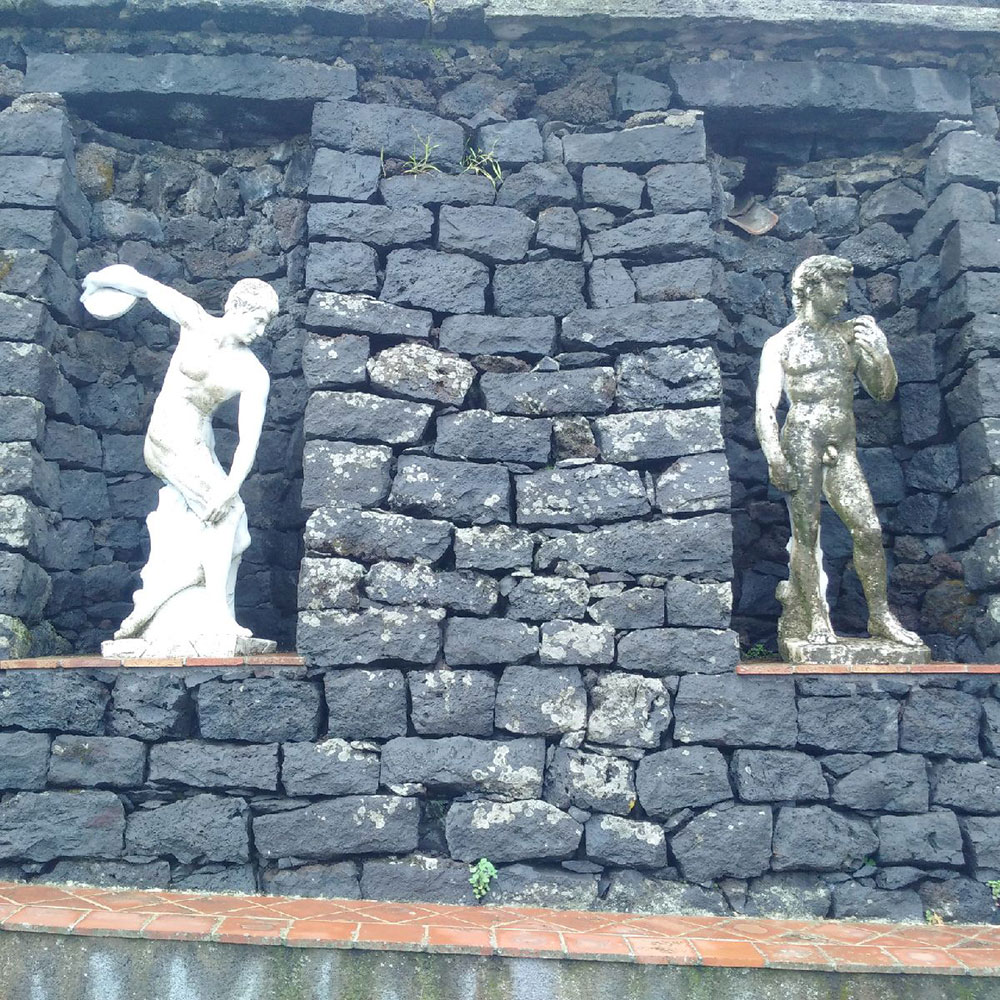 Athletes in the car park 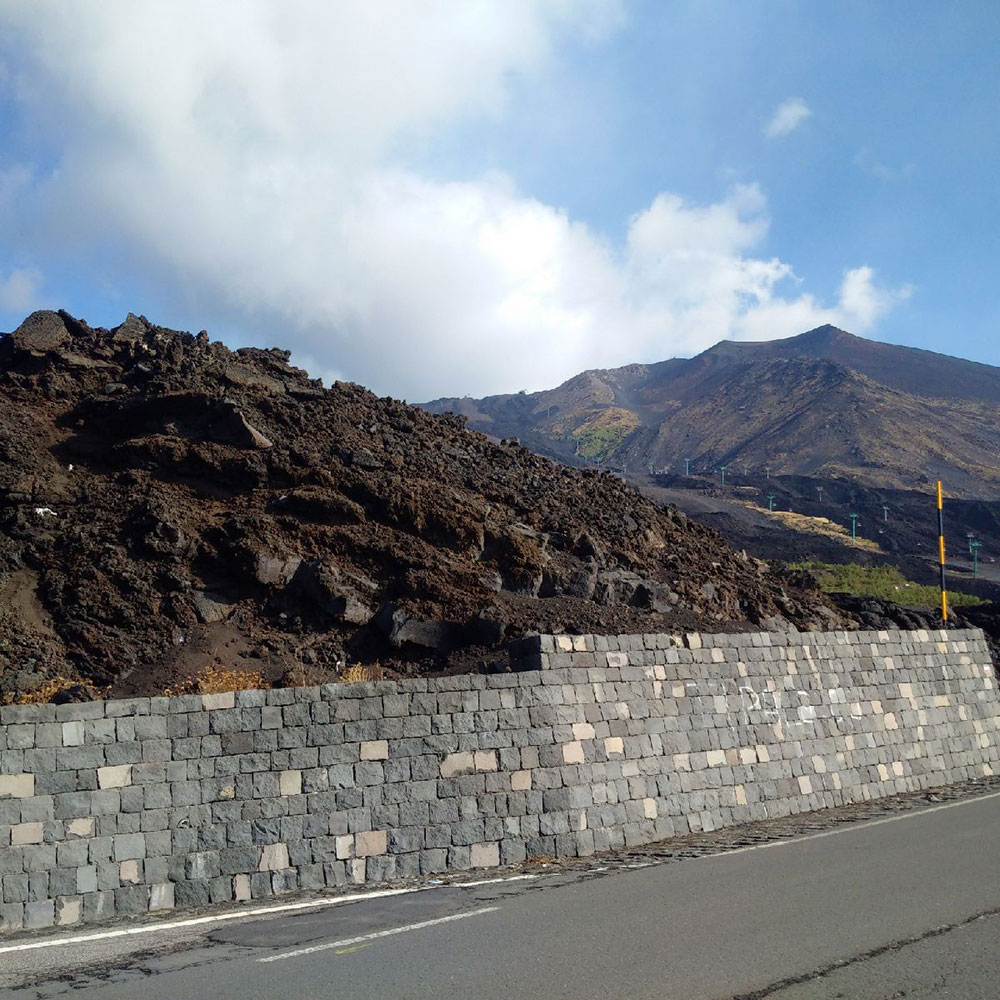 That’s Mount Etna in the background 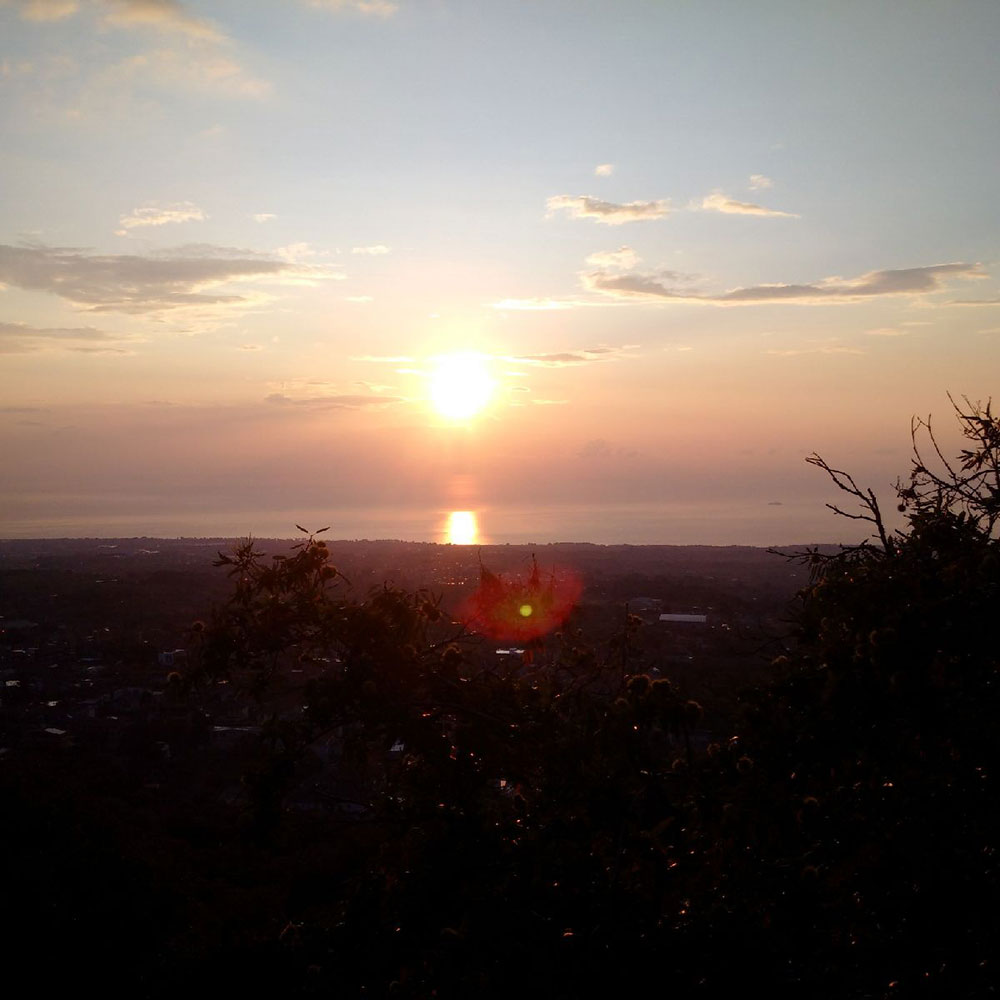 A peaceful morning walk on Mount Etna with Finley — despite the sunny start, clouds soon descended

These clumps of vegetation burst through after one of Mount Etna’s eruptions. You can tell the volcano is active as there’s a permanent smell of sulphur and a plume of smoke from the crater. Sicilians seem very philosophical about living with this unpredictable mountain. 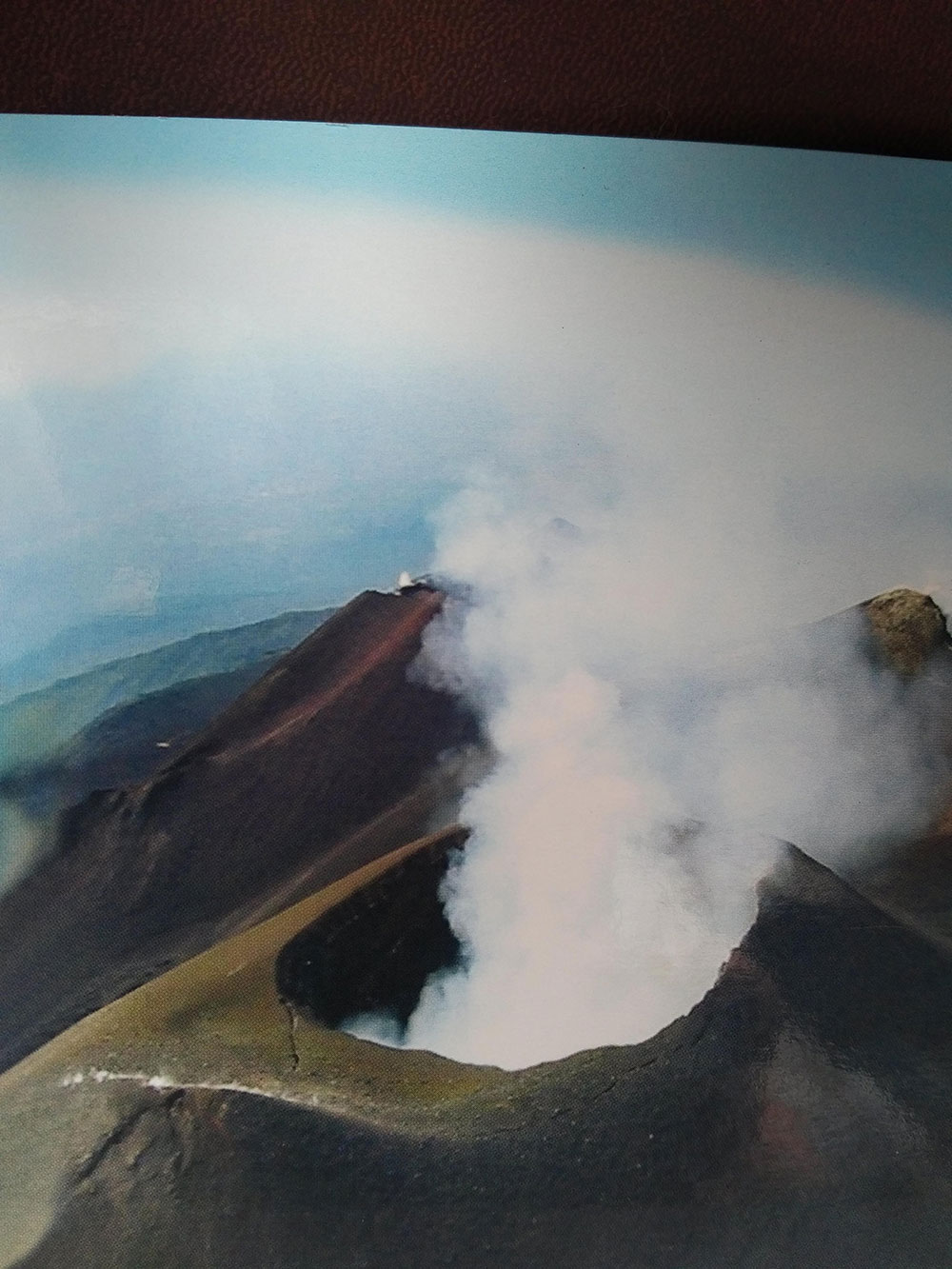 We didn’t make it all the way to the top of Mount Etna, but this postcard shows what we might have seen if we had! 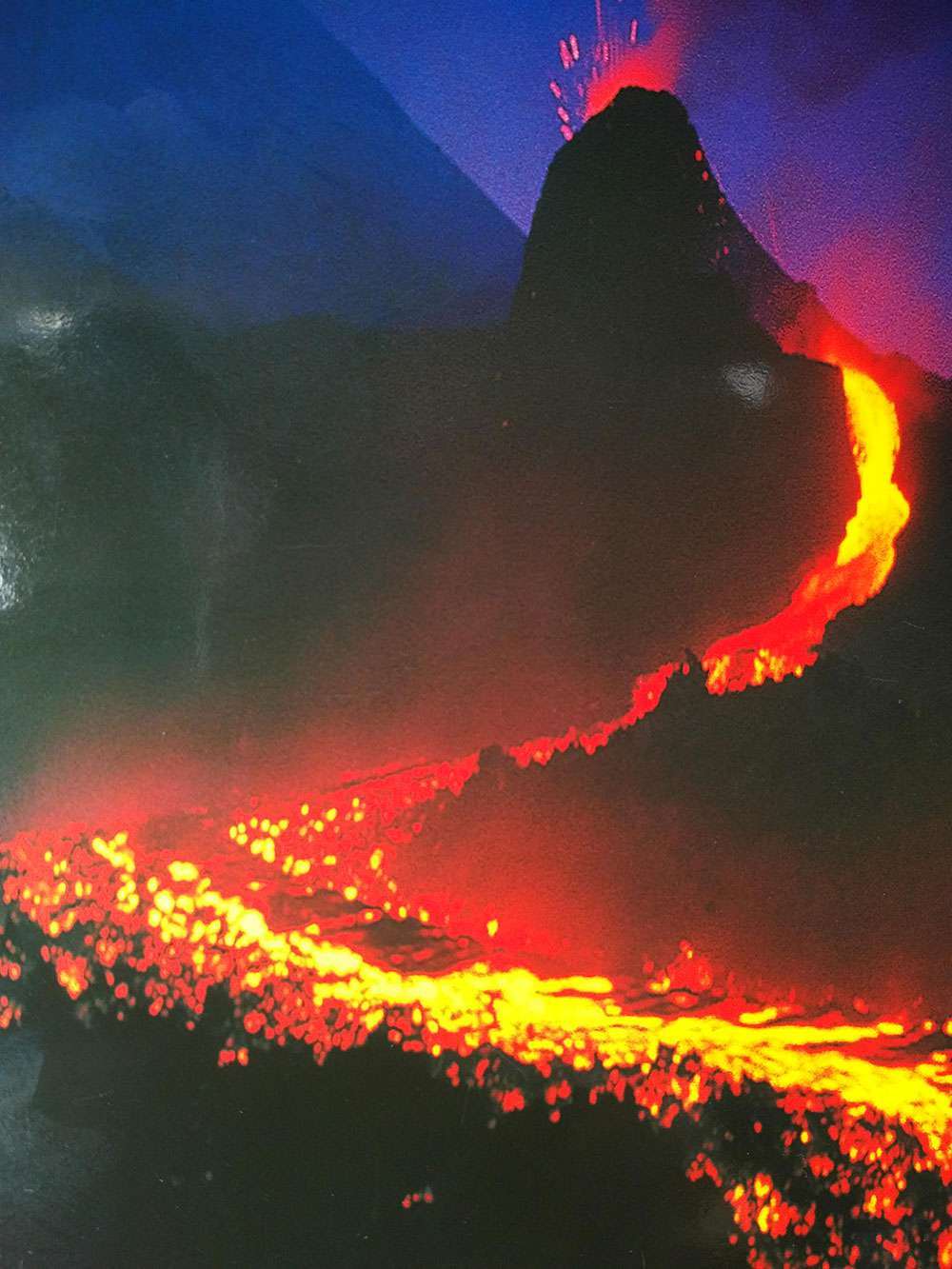 And this postcard shows the last eruption, which took place in March this year

Charming Finley was adopted by Elizabeth when she lived on Rhodes with her family. After a few years in the UK, the family has decided to return to Rhodes. 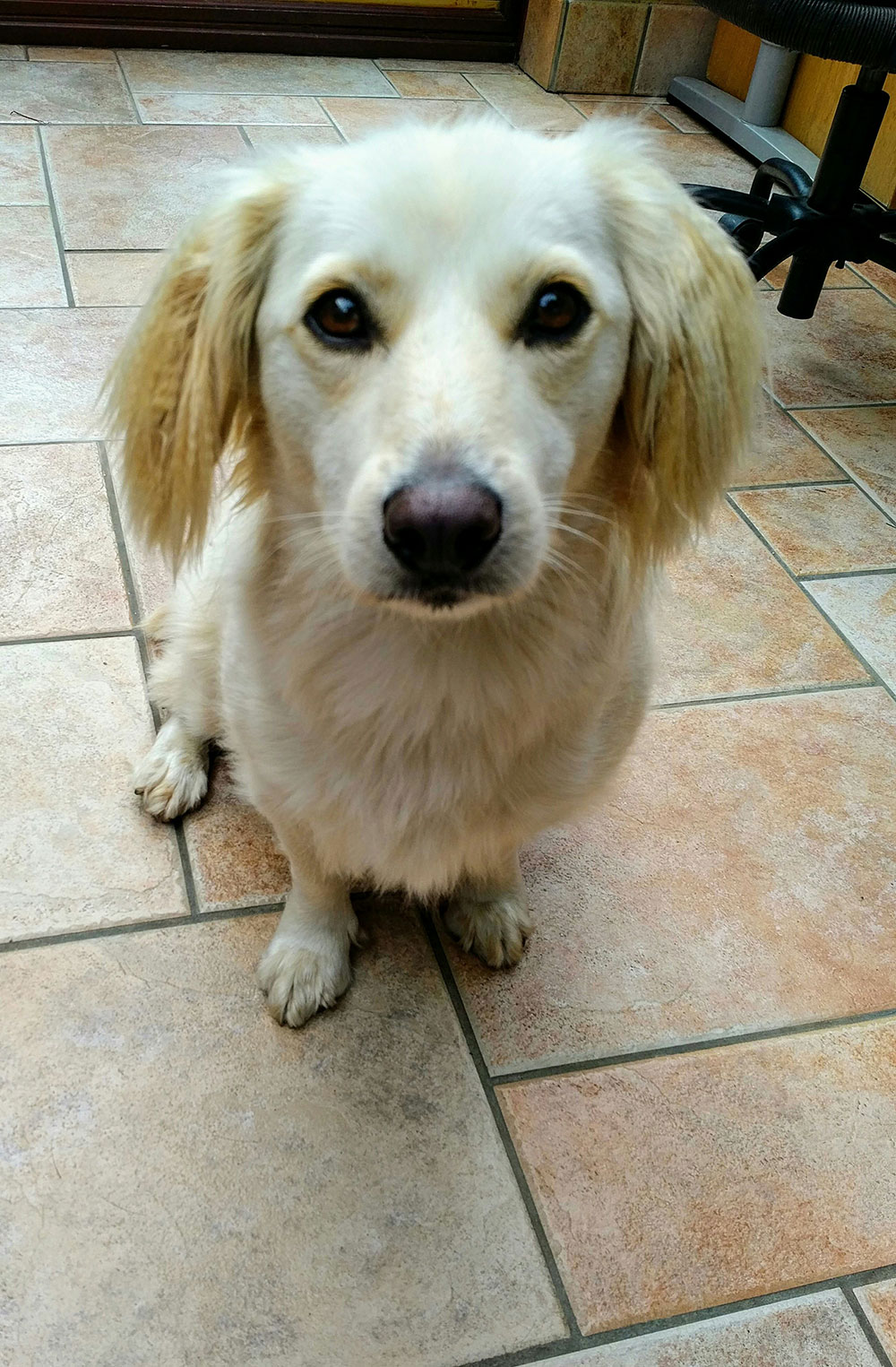 Finley homeboarded with courier J ahead of the trip. He’s a friendly, laid-back fellow, like so many of the Greek rescue dogs we meet. 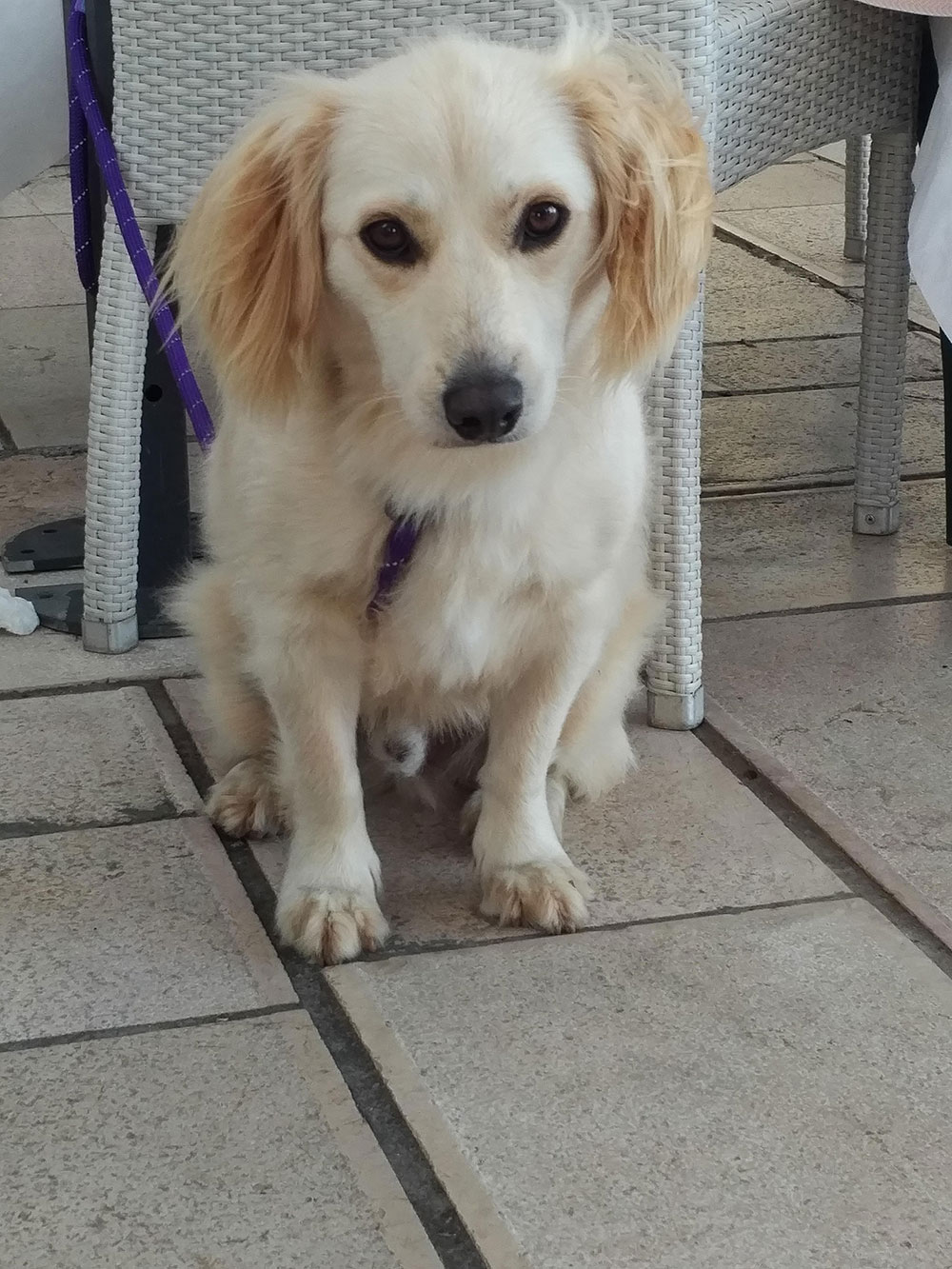 We stopped for lunch in Brindisi, before heading to the port to catch the ferry to Athens 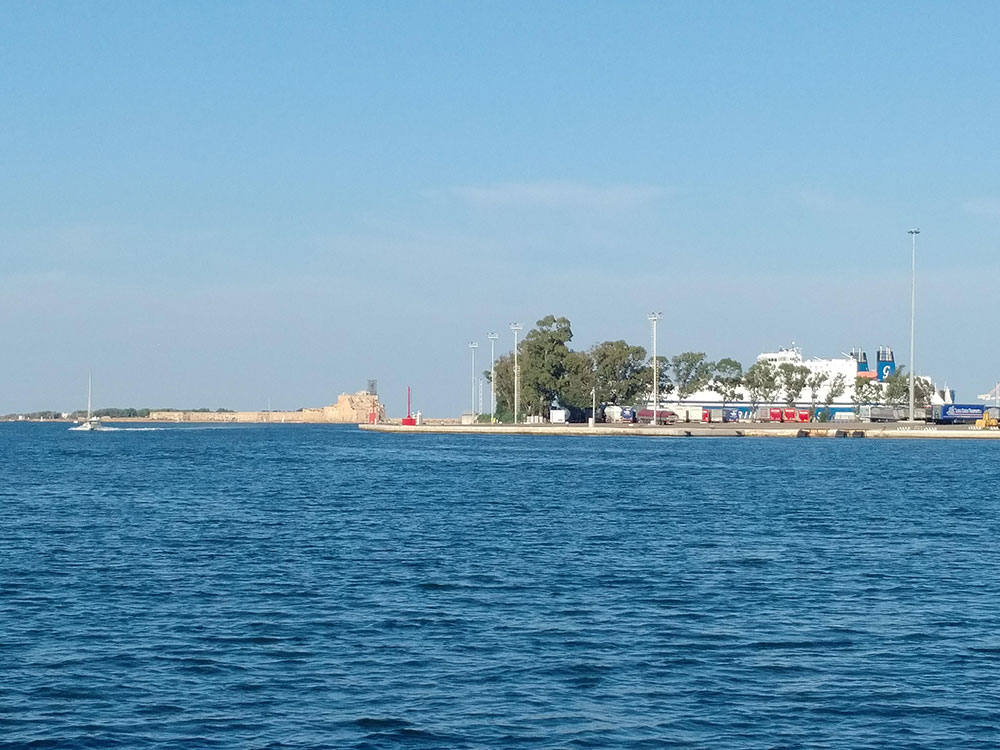 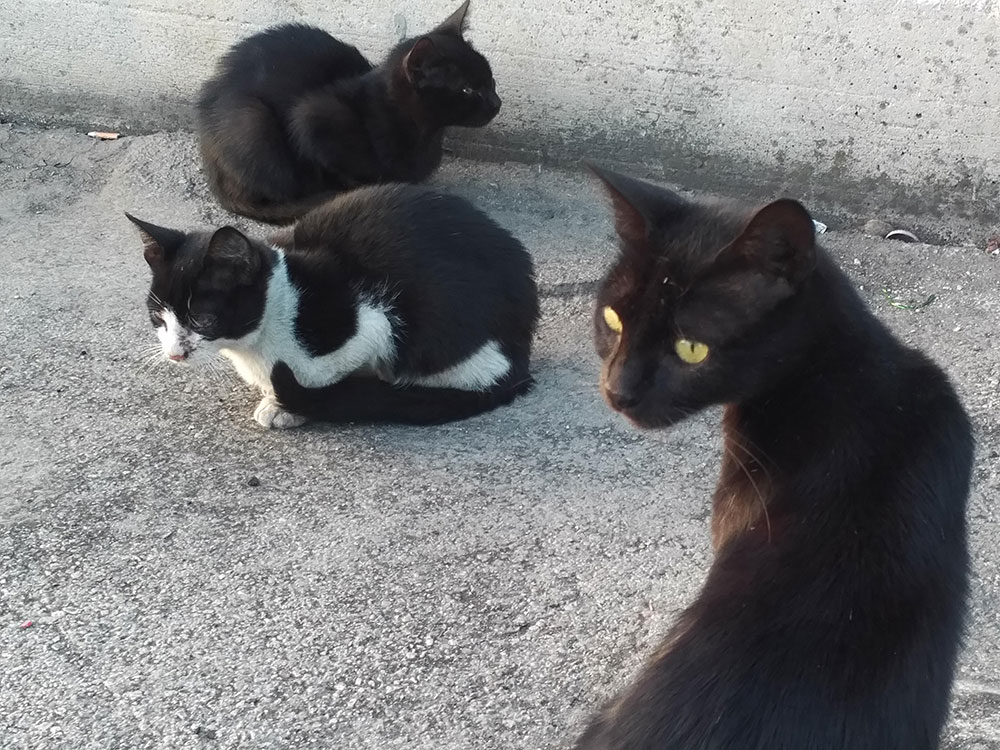 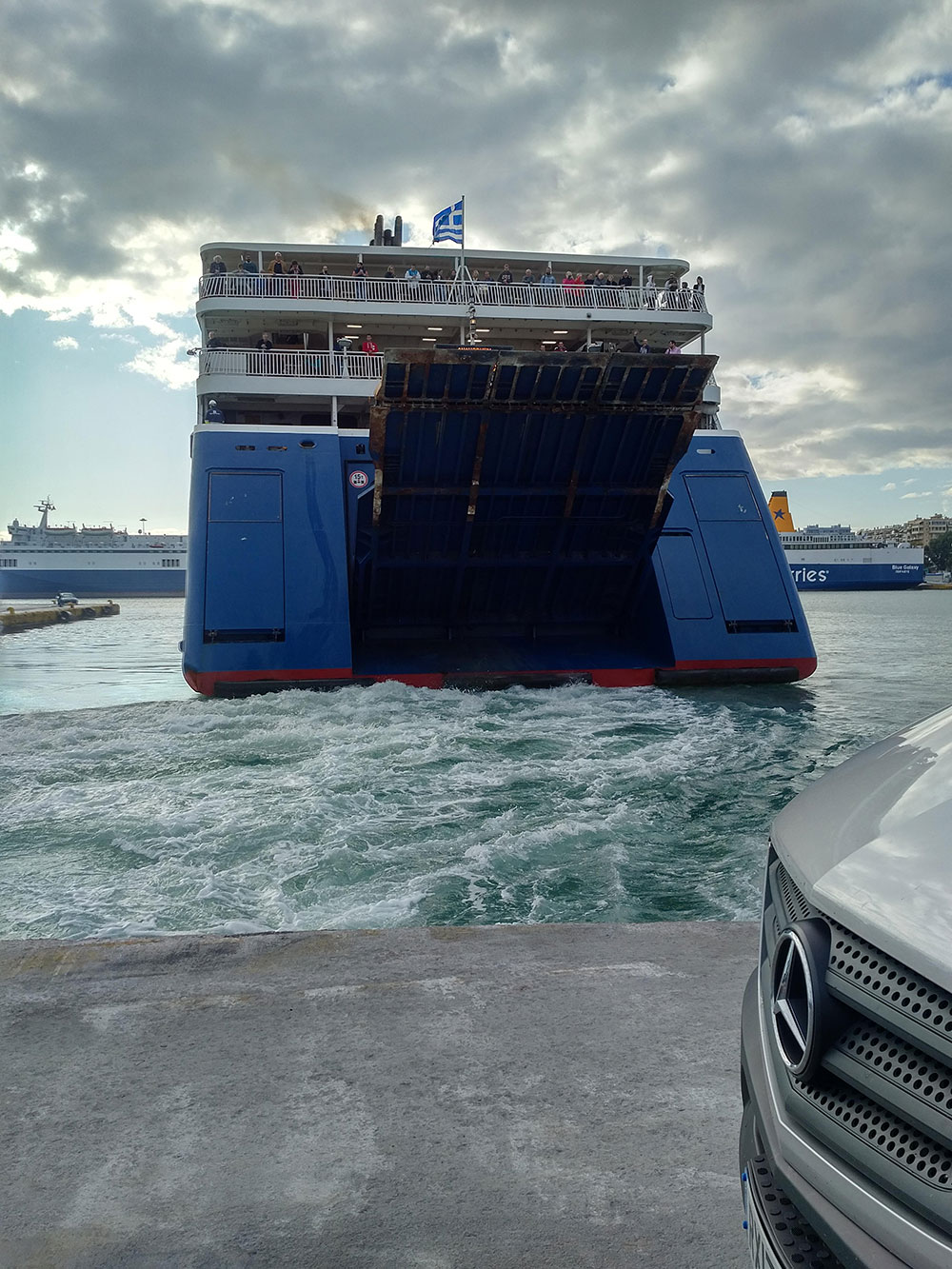 Finley and his family were due to catch this ferry from Athens to Naxos, but were just too late 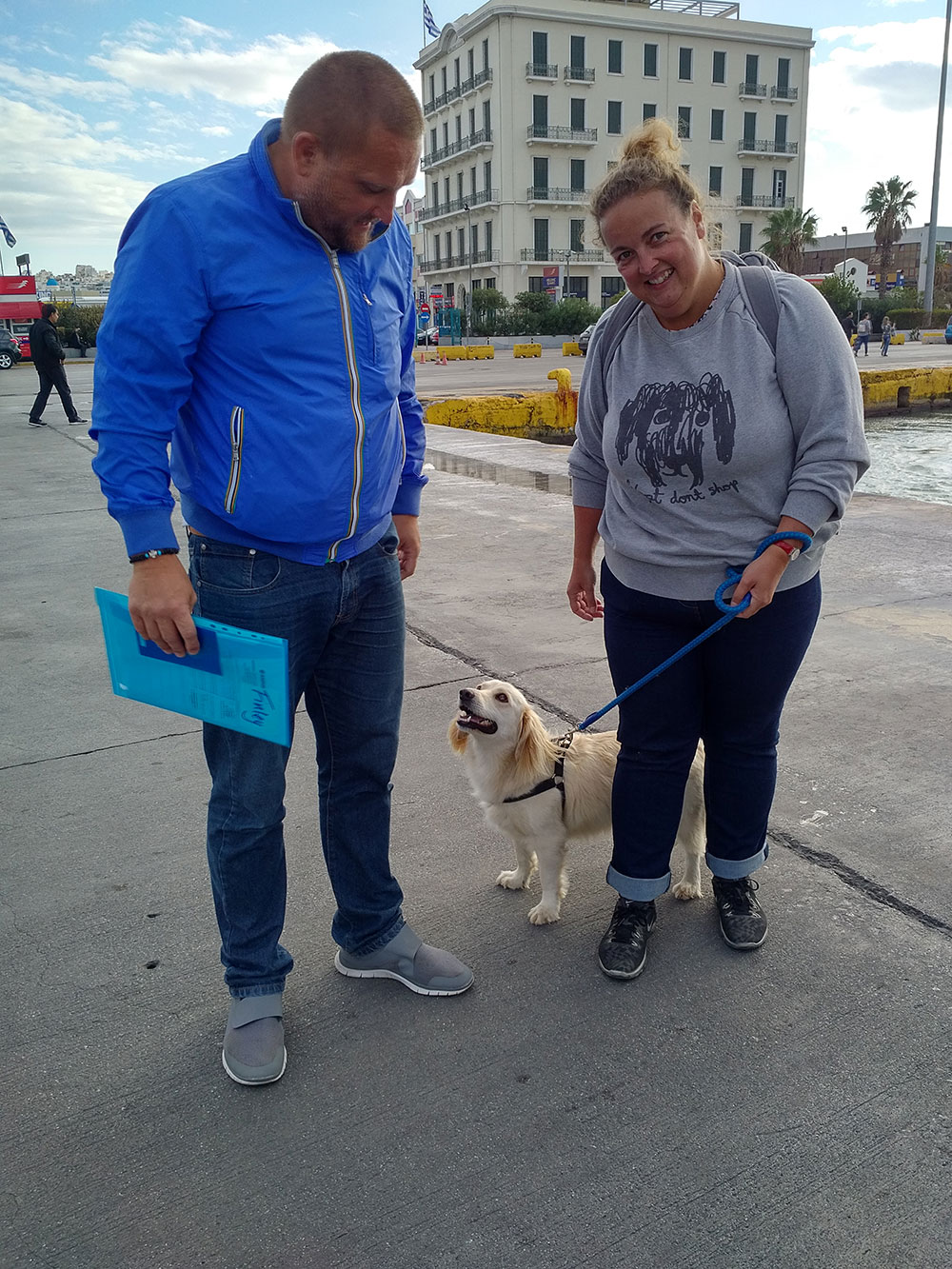 Being reunited with Finley after several weeks apart more than made up for the disappointment!