A round-up of recent road trip news from Animalcouriers

Couriers J and M recently transported tabby cat Poppy and a family of five dogs to their new French homes; and returned to the UK with a young Labrador. Meanwhile, courier Richard took two Cocker Spaniels to France, and made the trip back with two cats on board.

Jeremy and Hilary are moving to a new home in the Dordogne region of France. Hilary went on ahead to get everything ready for character cat Poppy’s arrival. 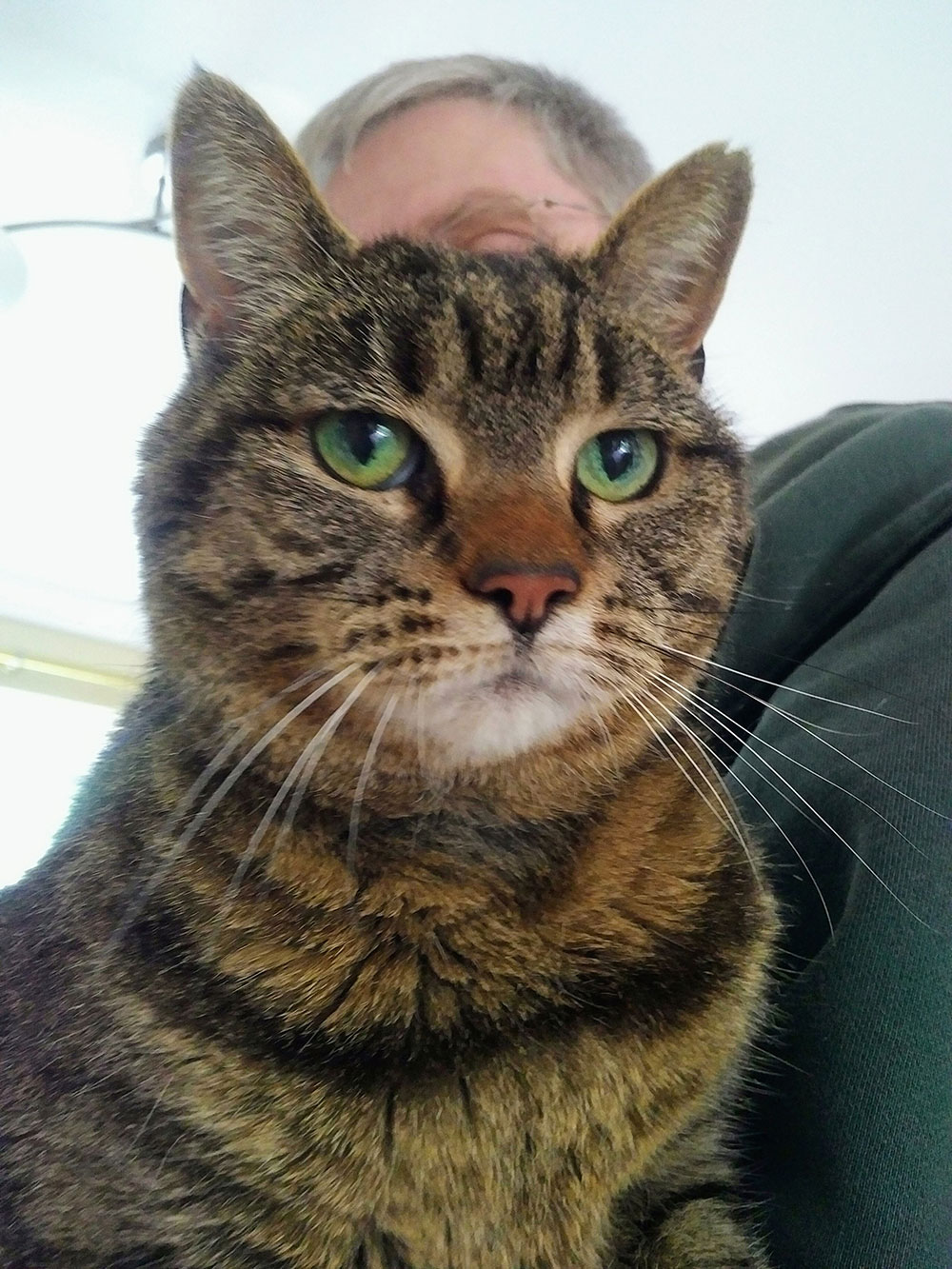 Stephanie, Lloyd and their daughter flew into London Gatwick airport from Antigua, along with their five dogs. Dachshund/Basset cross Alfred has been with them since they left the UK. They’ve moved around a fair bit since then, including stints in Dubai, Kuwait (where they took Lurcher Marvin off the streets), and most recently, Antigua. Now they’re settling in France, near Toulouse.

While in Antigua they adopted siblings Bingo and Dinga. And at the last minute, Raja, who they couldn’t face leaving behind.

Courier Richard collected the dogs at the airport and took them to kennels for an overnight stay. Couriers J and M picked them up the next day and drove them to their new French home.

In a feat of extreme coordination, we arrived at the Toulouse address just 15 minutes after the human family! There was much excitement on being reunited, and the dogs soon took off to explore their two acres of enclosed garden. 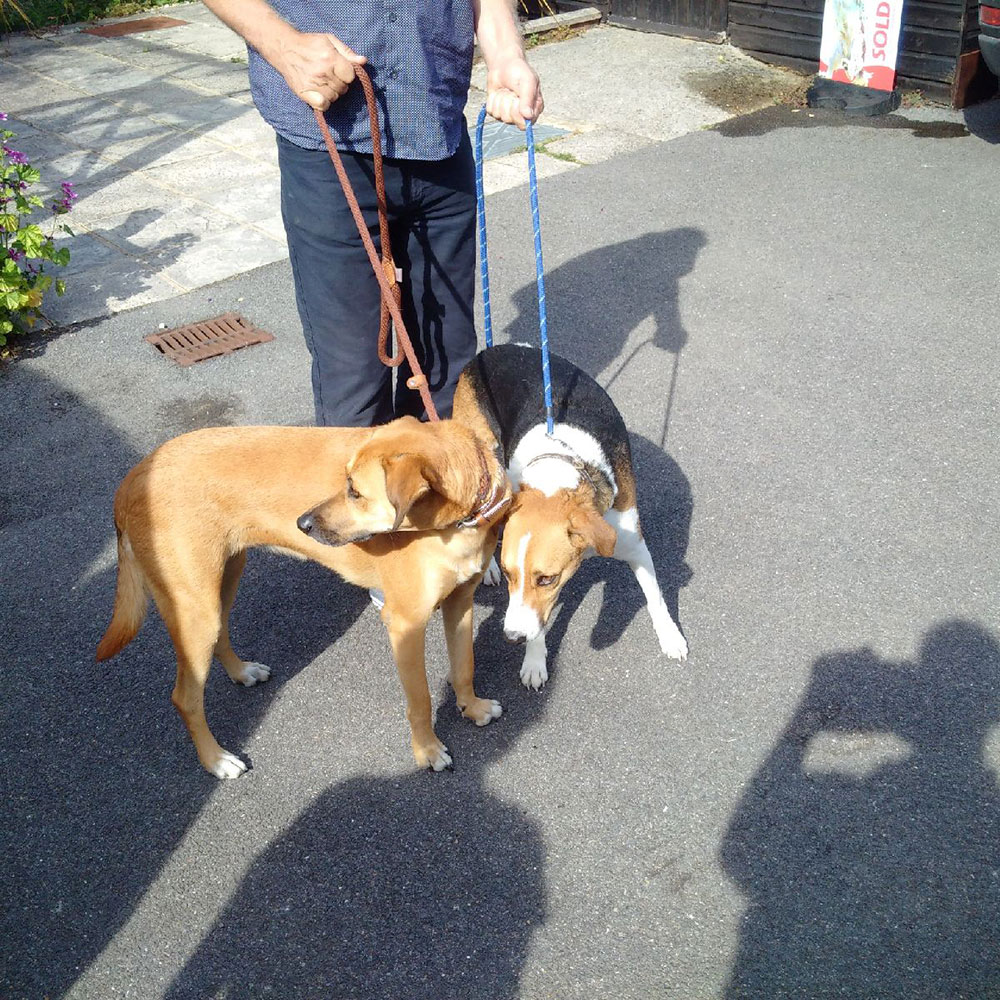 Raja and Bingo on arrival at their overnight kennels, along with… 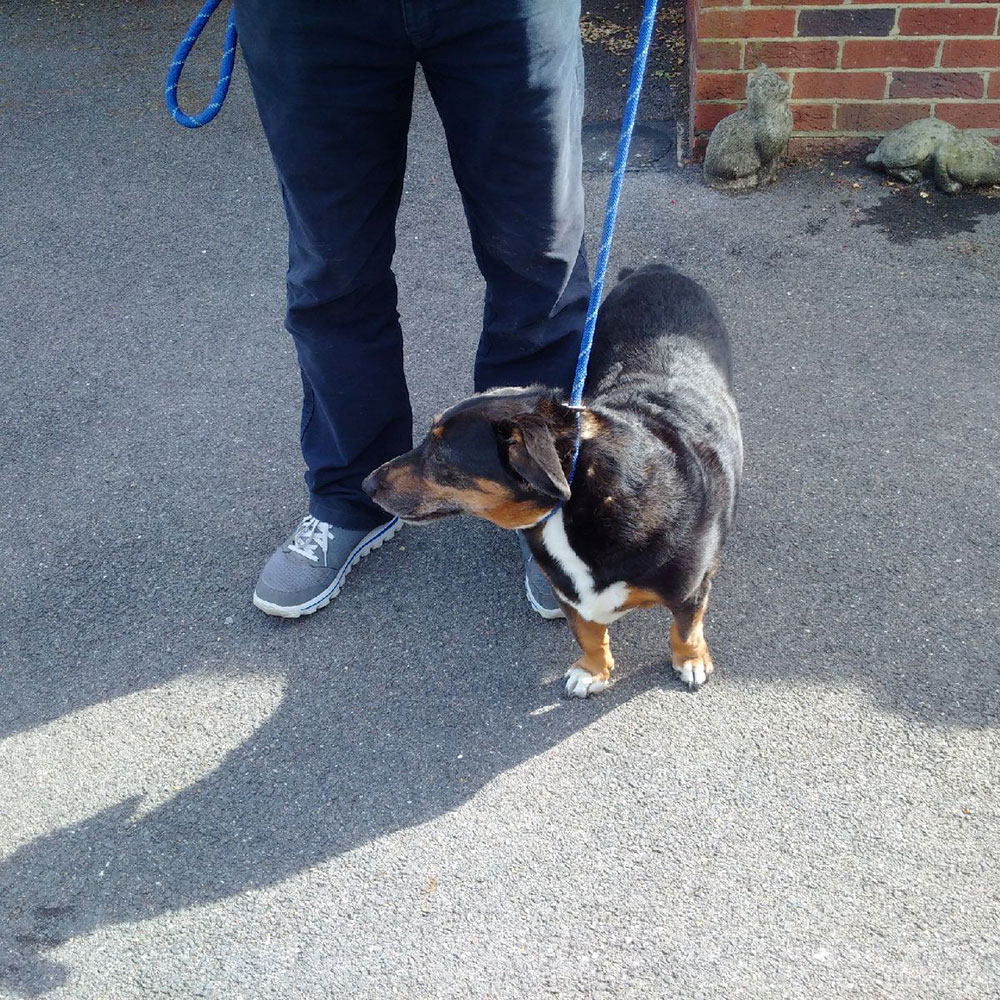 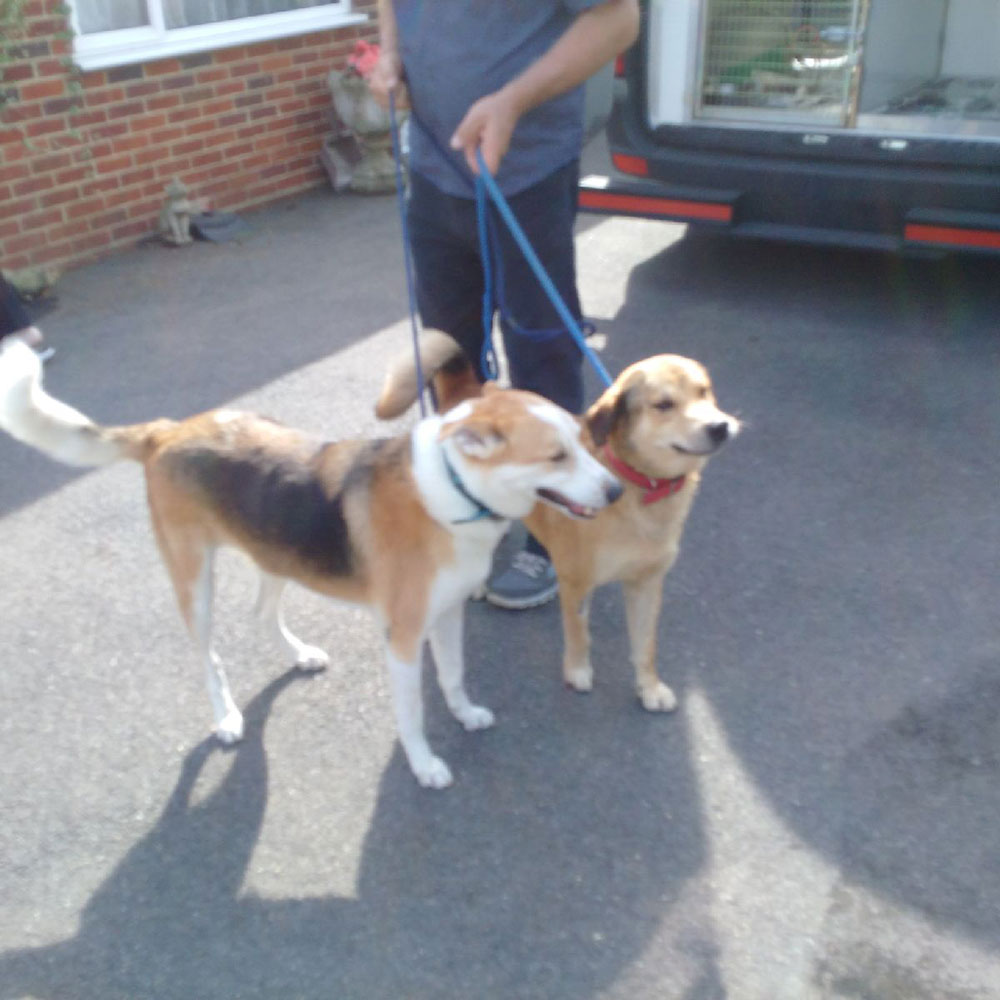 …and Marvin and Dinga 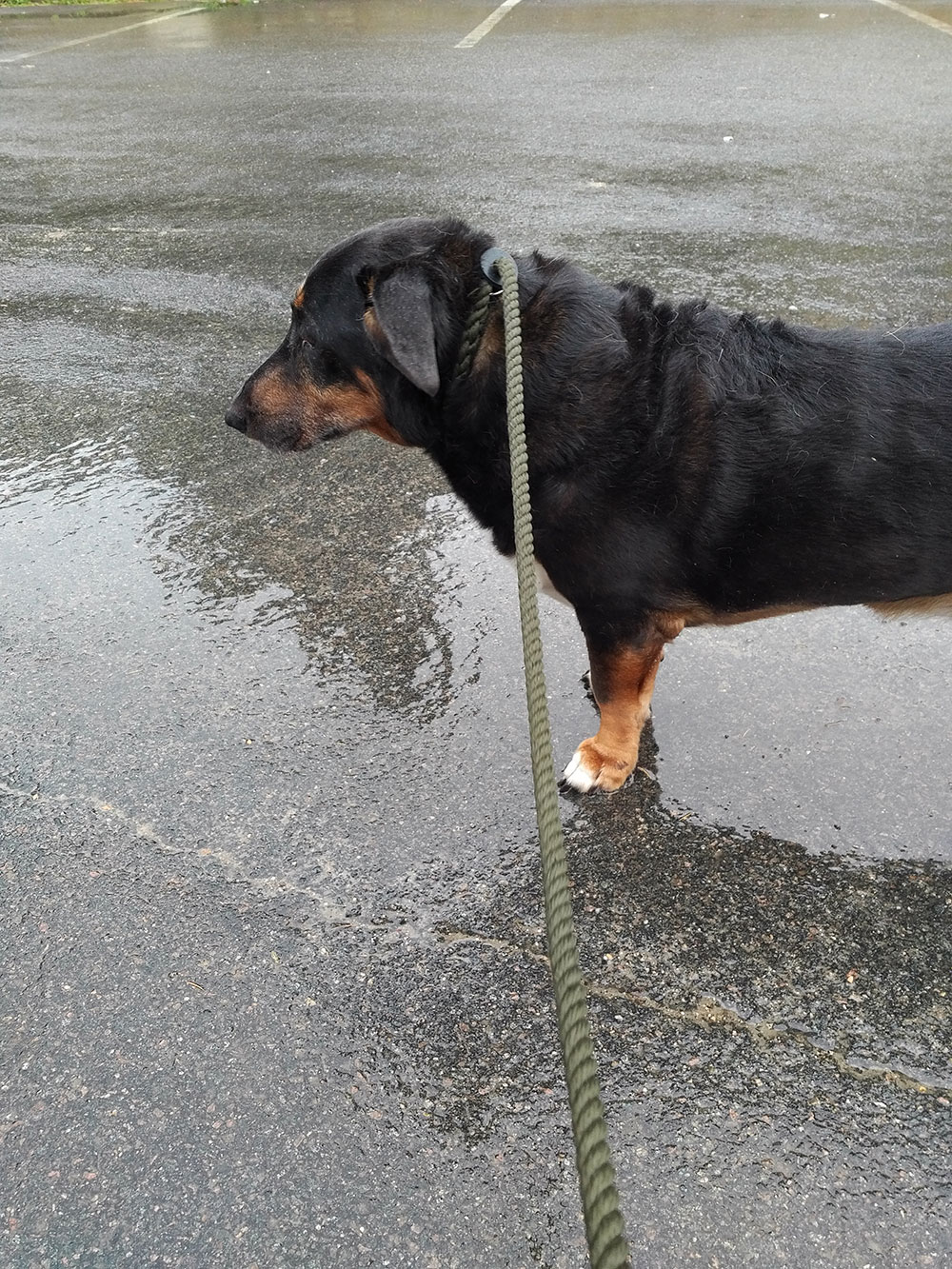 Alfred not at all sure about walking in the rain 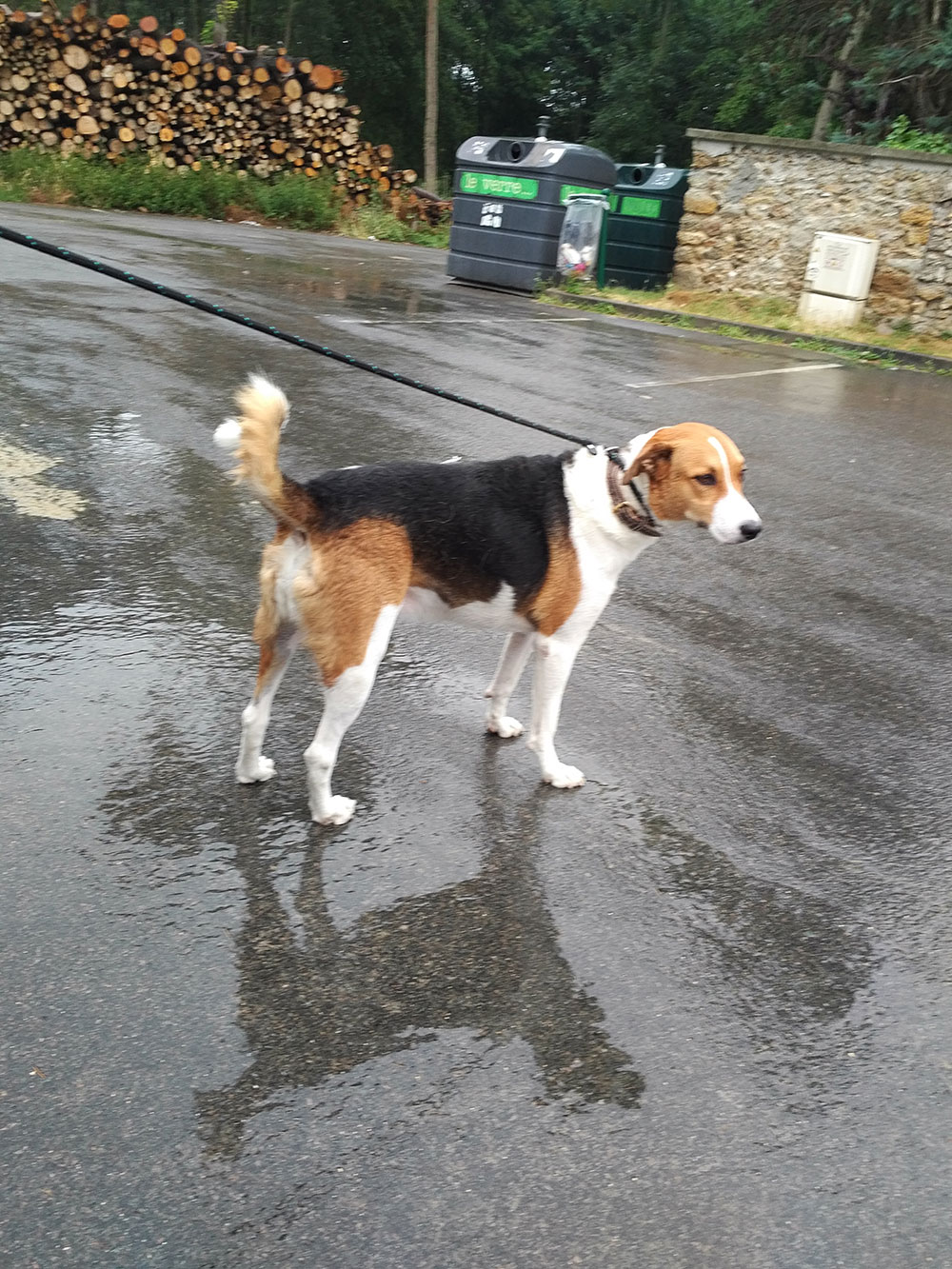 Bingo also not sure he wants to get his paws wet 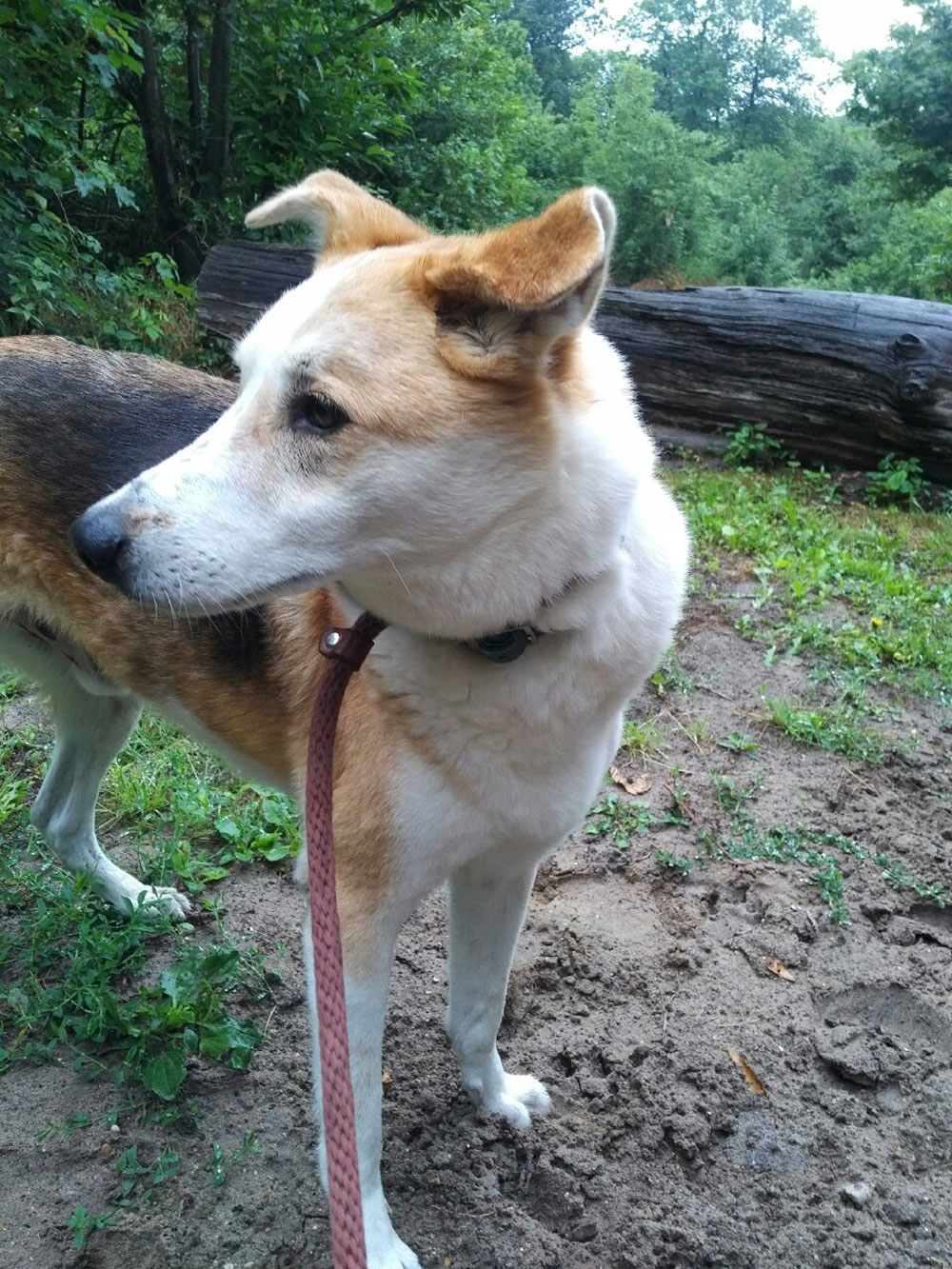 Marvin doesn’t seem to mind so much about the damp 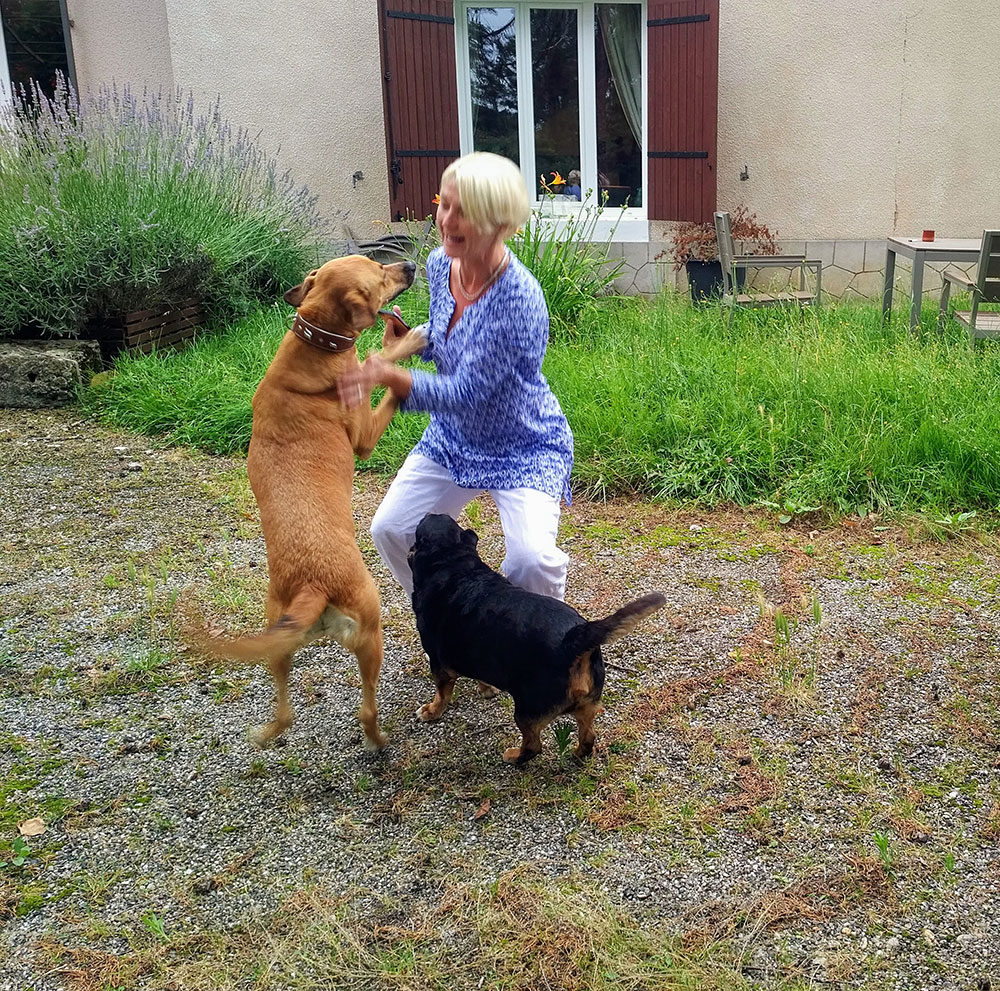 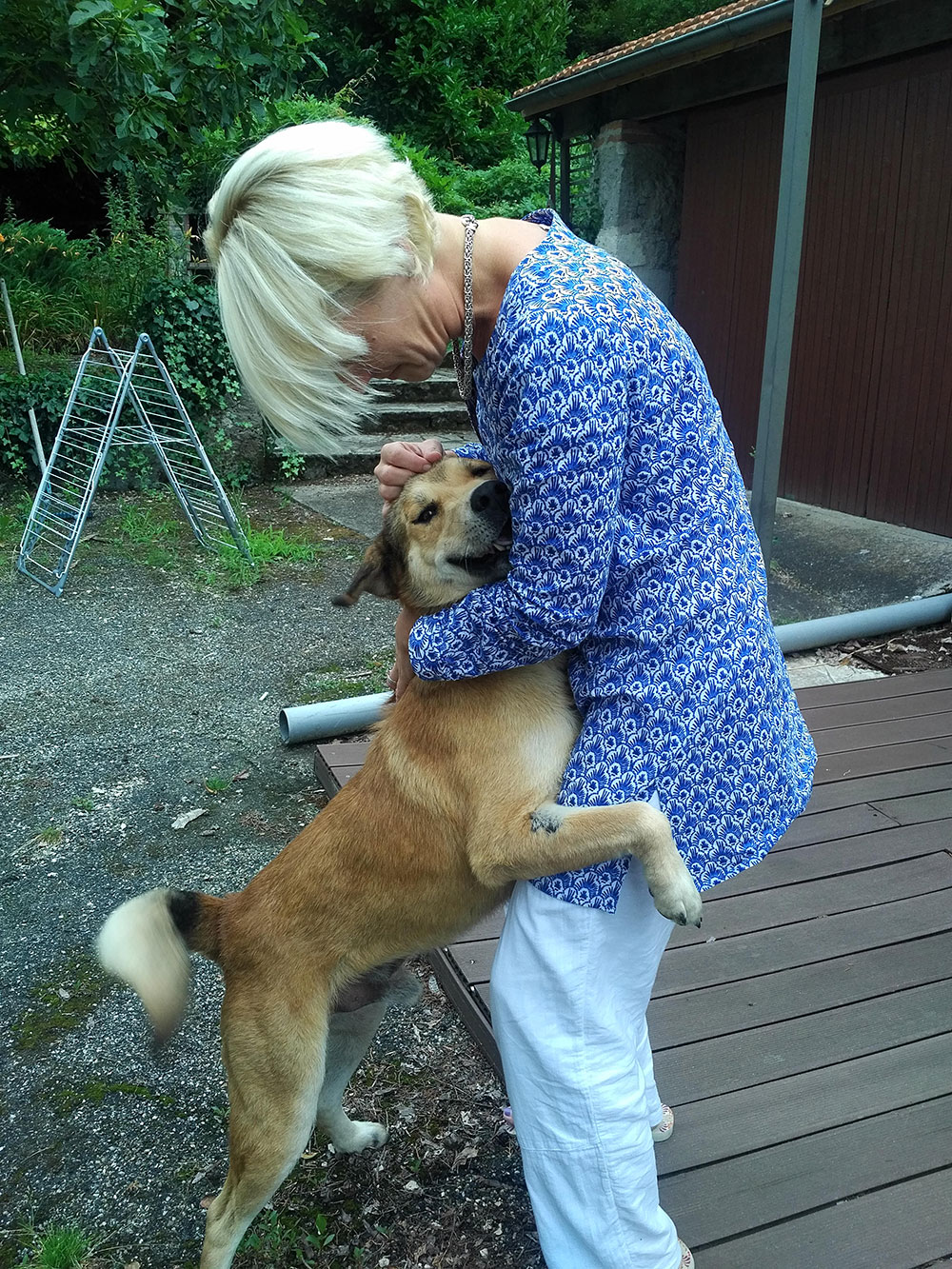 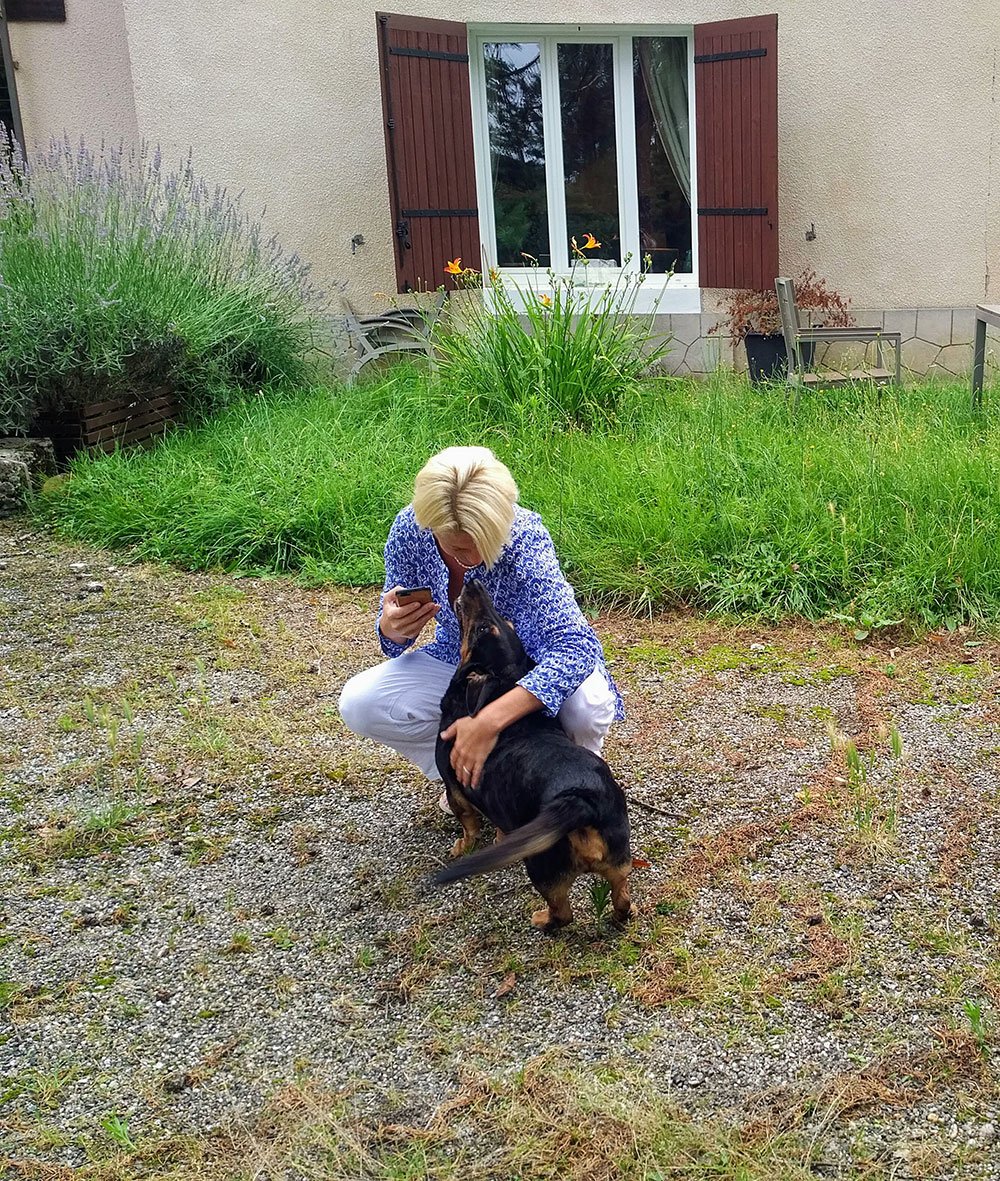 Bending down to cuddle little Alfred 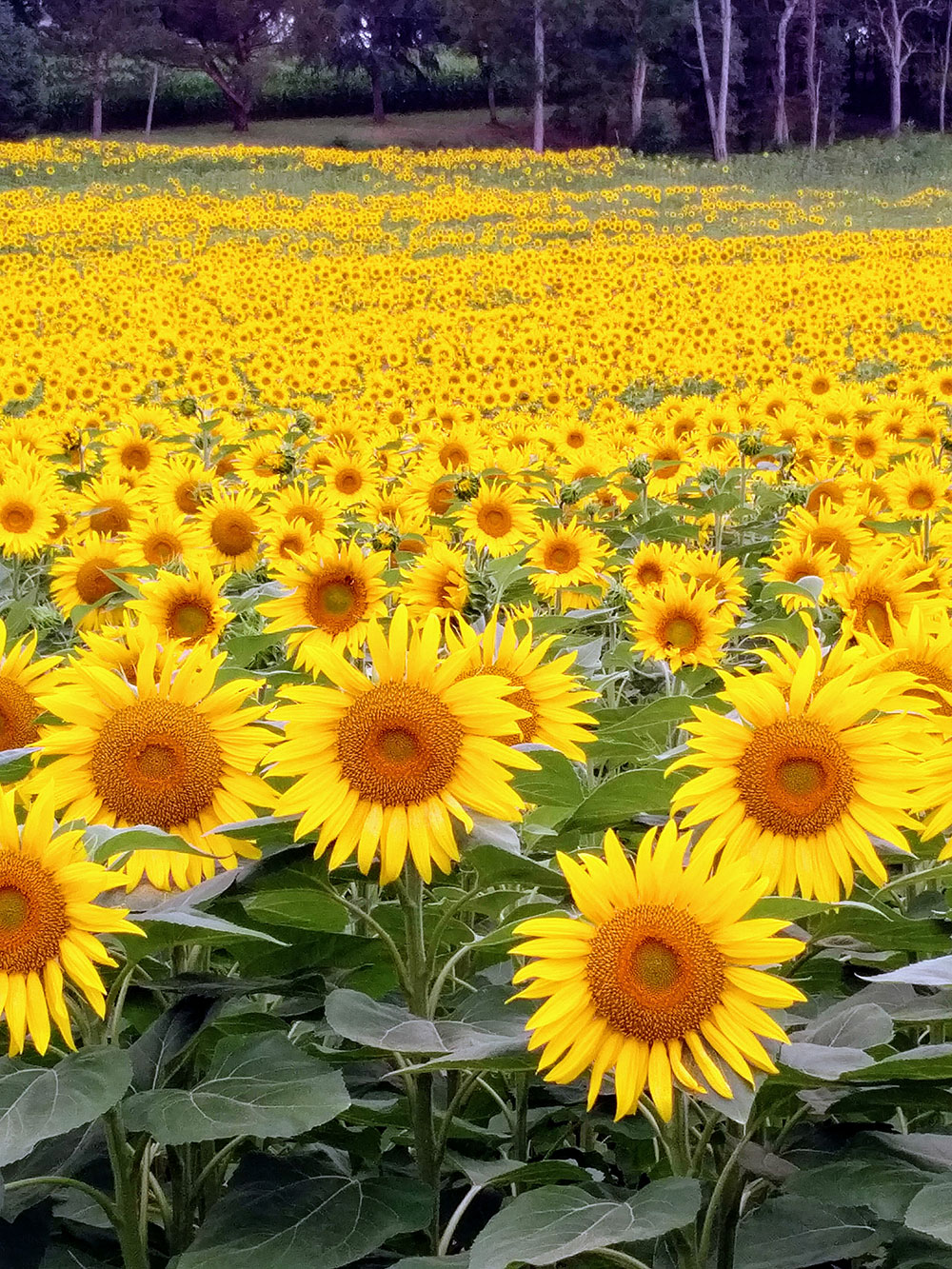 Sunflowers as far as the eye can see

Petit Filou, a handsome young Labrador who belongs to Michaela and family, travelled with us from Cagnes sur Mer to the UK for a puppy training course. We look forward to seeing how this sweet and bouncy chap develops, as we’ll have the pleasure of bringing him back after the course. 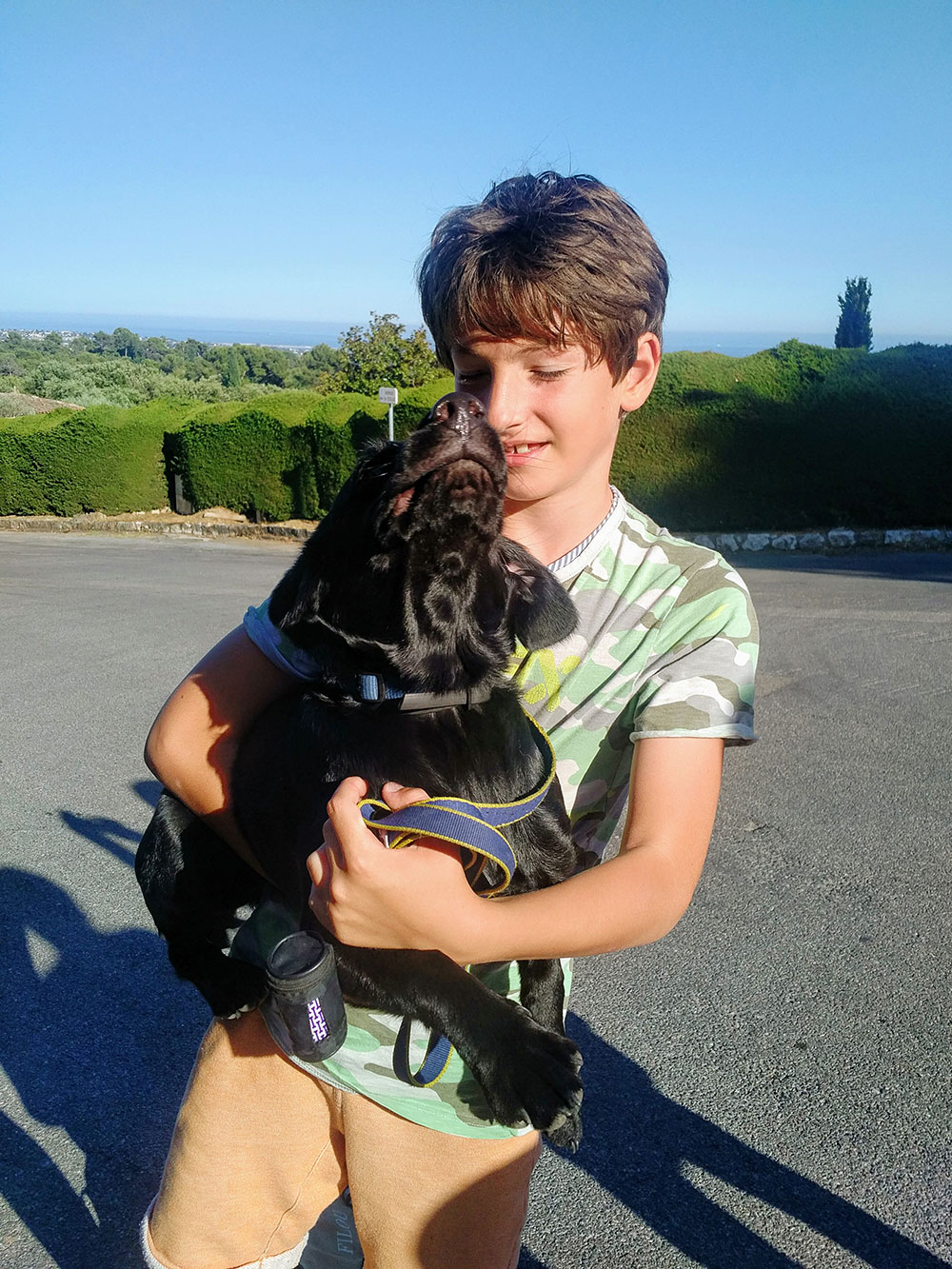 A big hug goodbye for Filou 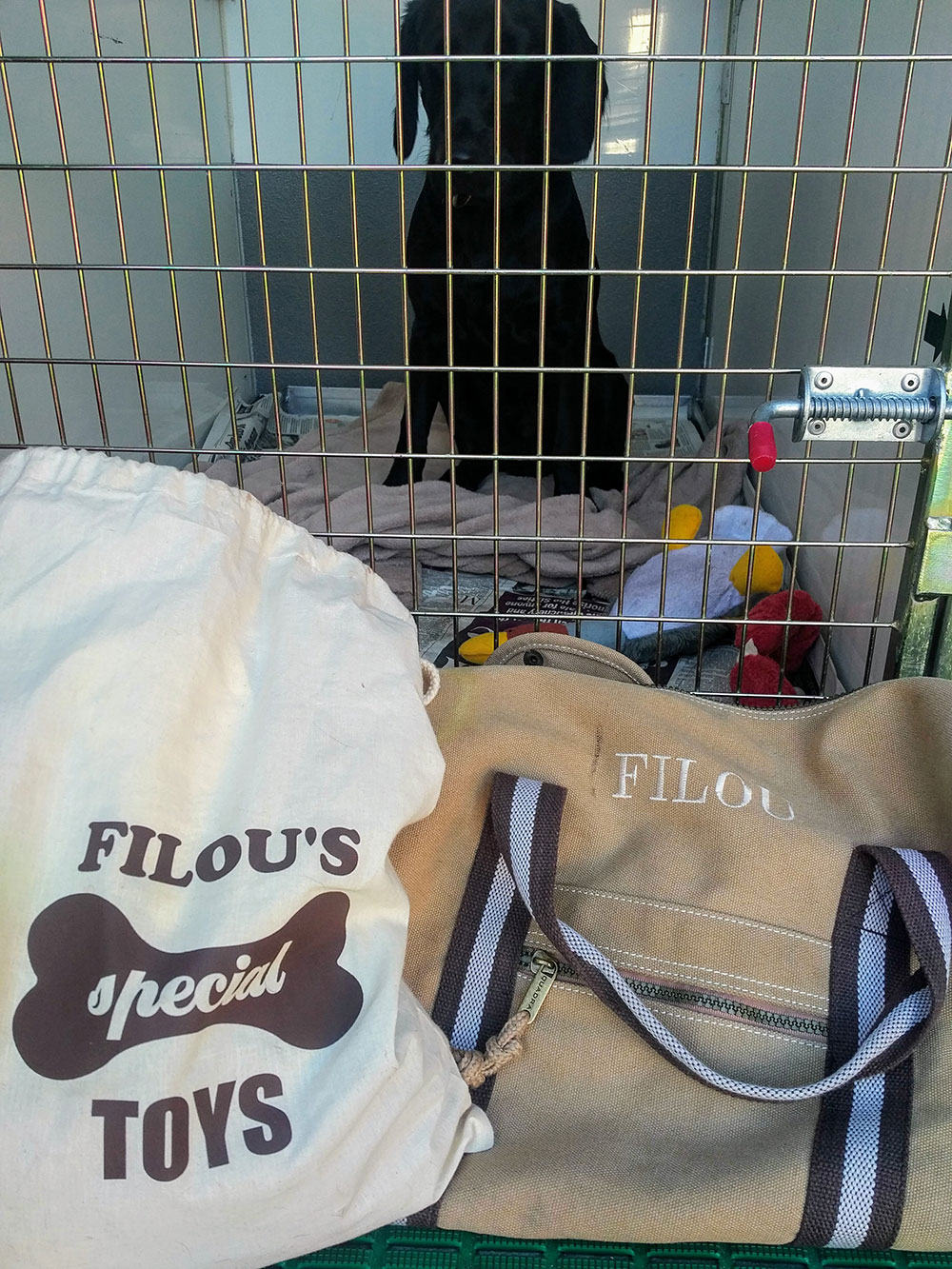 Filou in his bedroom, with his neatly labelled travel gear 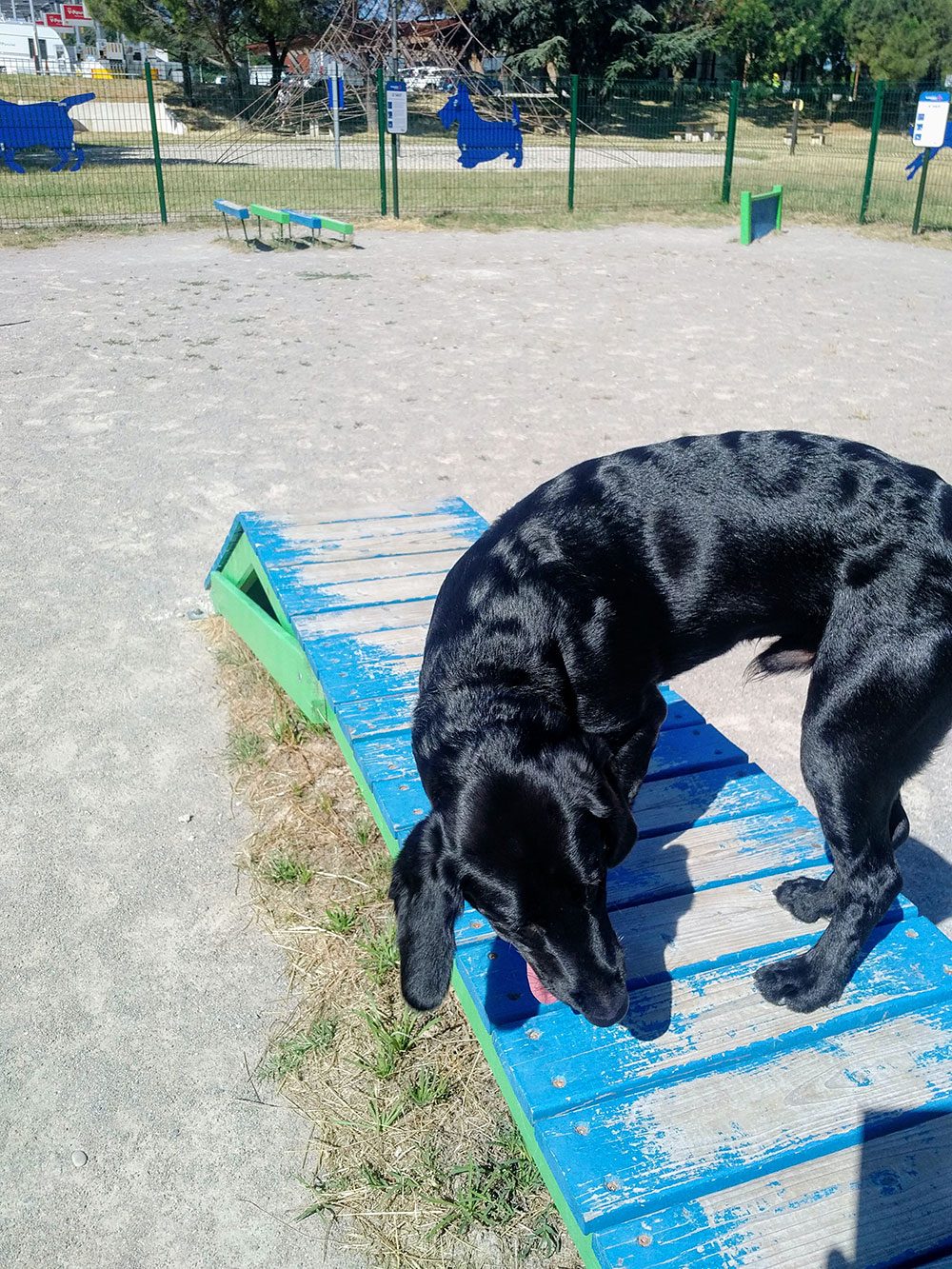 This impeccably behaved pair of Cocker Spaniels, who belong to Joanne and Robert, travelled with courier Richard from a delightful village in Surrey to a drop-dead gorgeous location above Cannes for the summer. The two girls sat calmly in their bedroom when it was time for a walk, and only hopped out once their leads were clipped on. Out and about, they were both terrifically busy, displaying the sensitive noses for which Cockers are renowned. 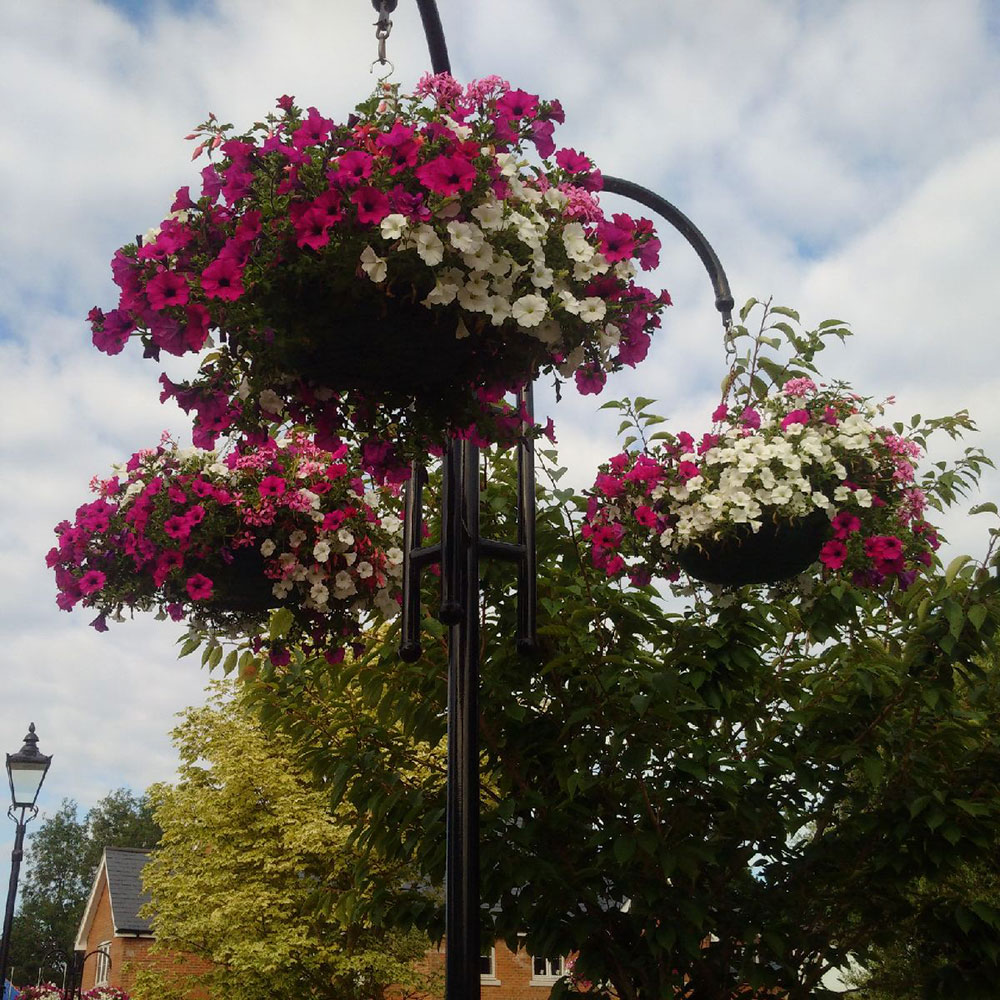 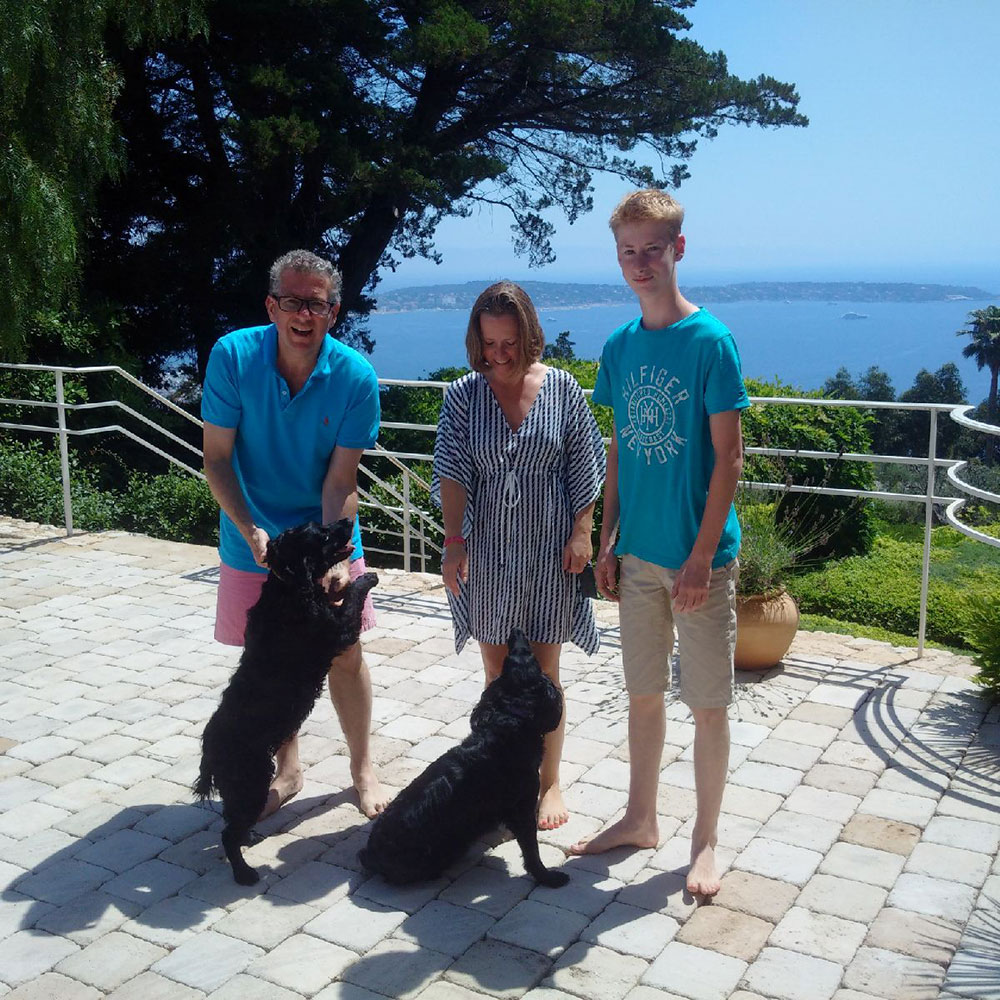 From Cannes it was straight over to Geneva to collect lovely tabby puss Stella. She and owner Lynn are relocating to Anglesey, swapping the Alps for Snowdonia. 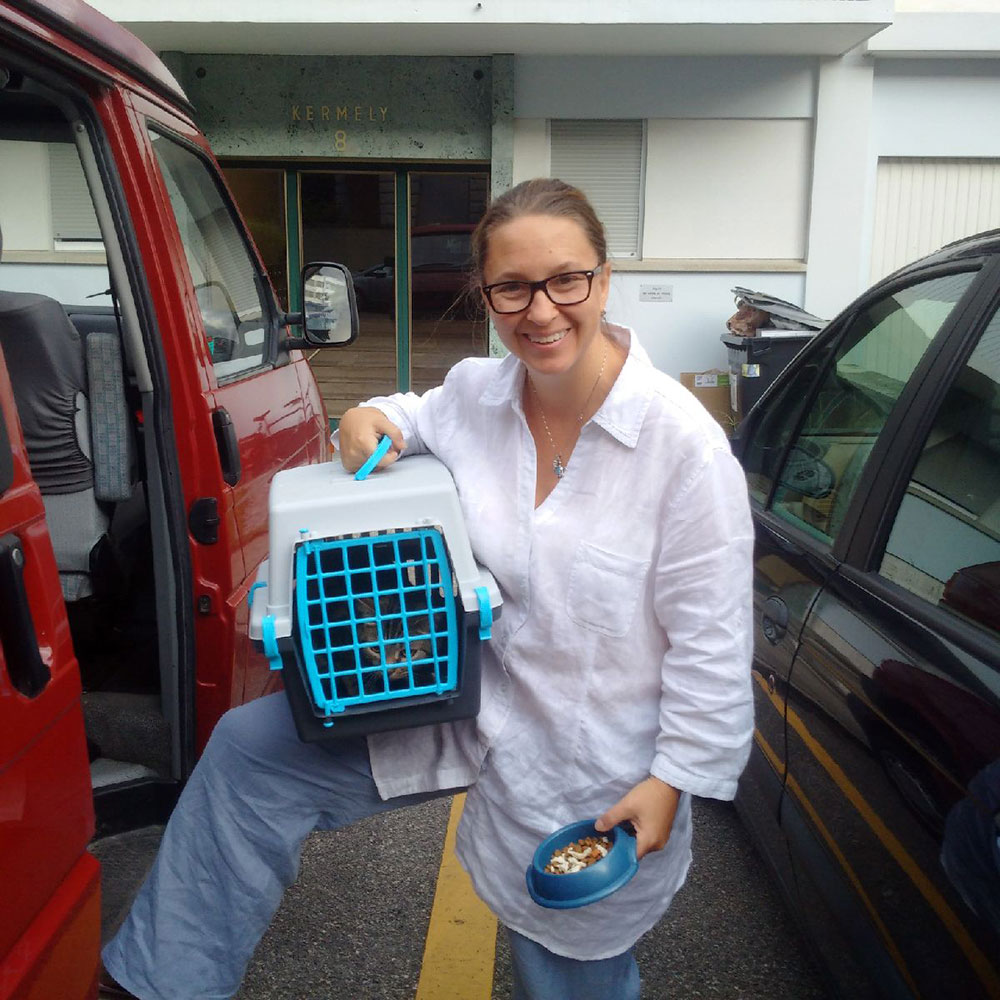 Lynn delivering Stella for the trip 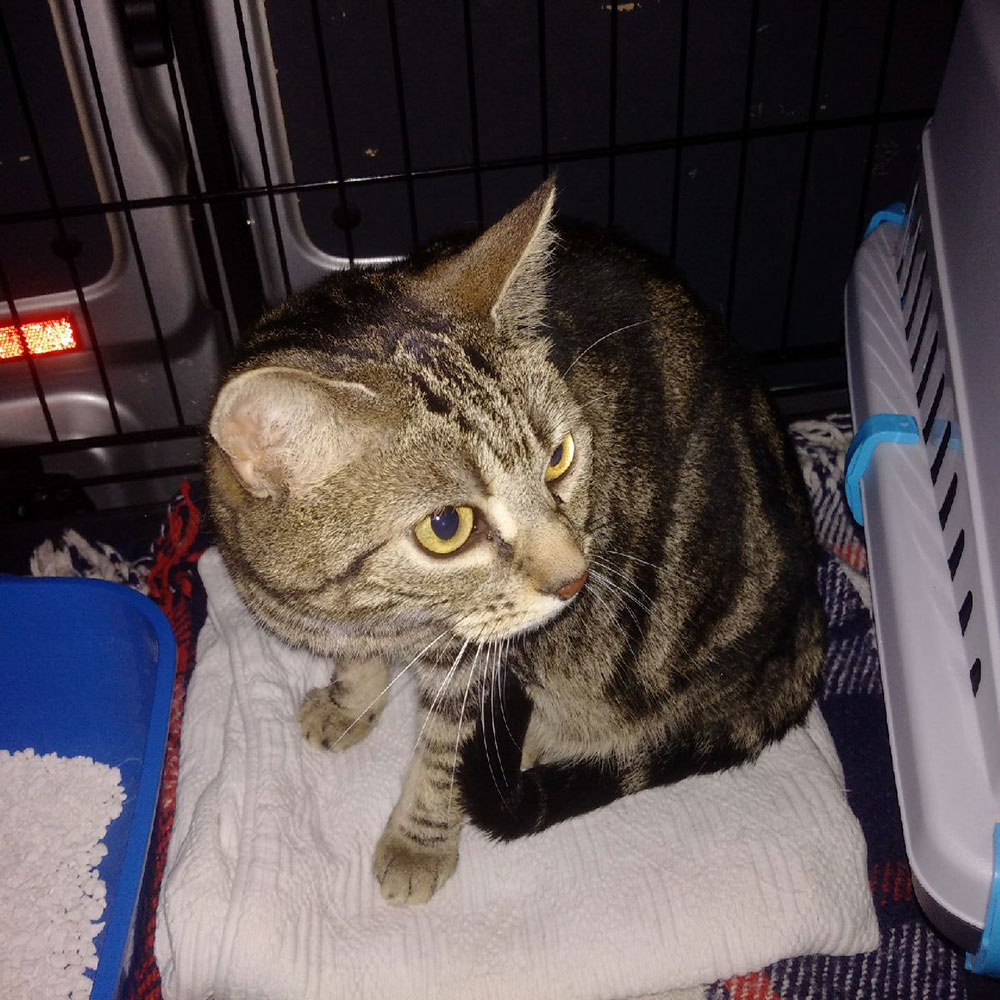 Stella happily settled in for the trip

Our tiniest passenger has the most portentous name: Nostradamus, a Singapura kitten. Blissfully unaware of the connotations of his name, he took the journey very philosophically. Collected in Ardennes in northern France, he travelled with us to London. Our prediction is that new owner Barry will have a delightful time with this little cutie. 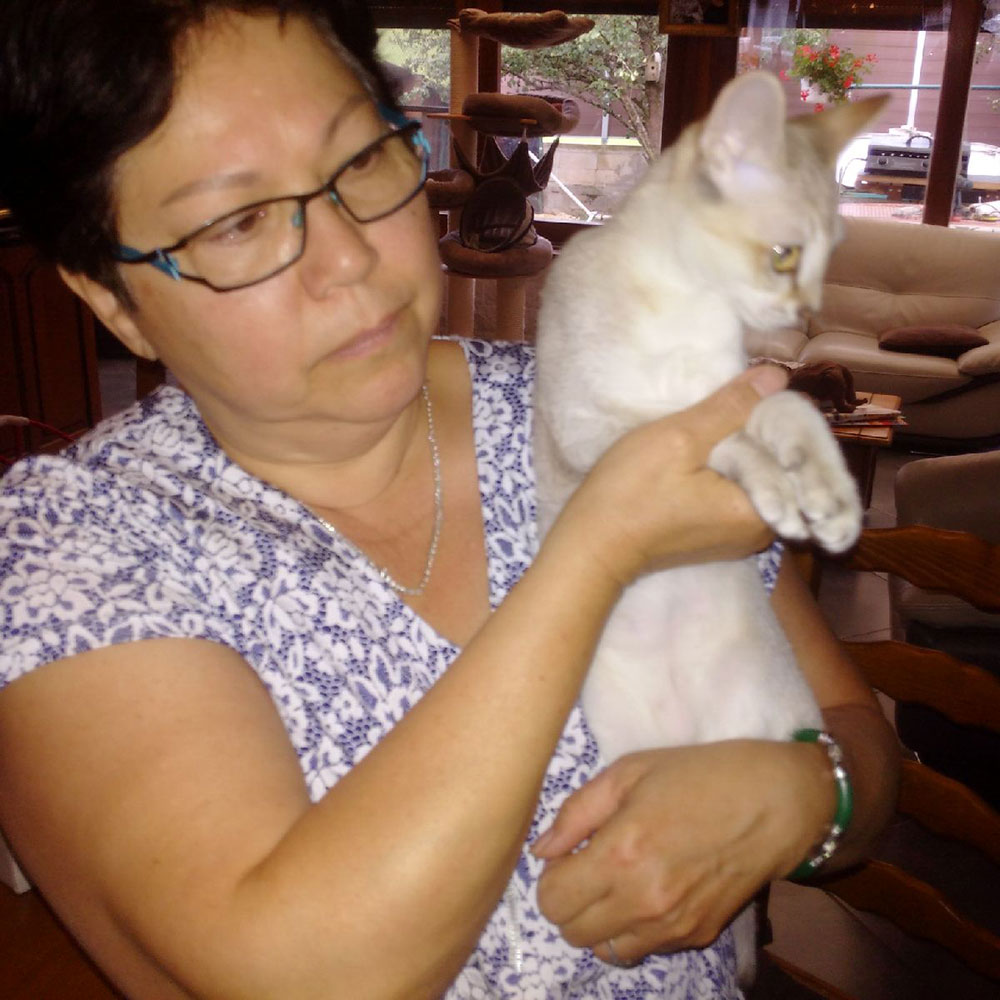 A goodbye hug for Nostradamus 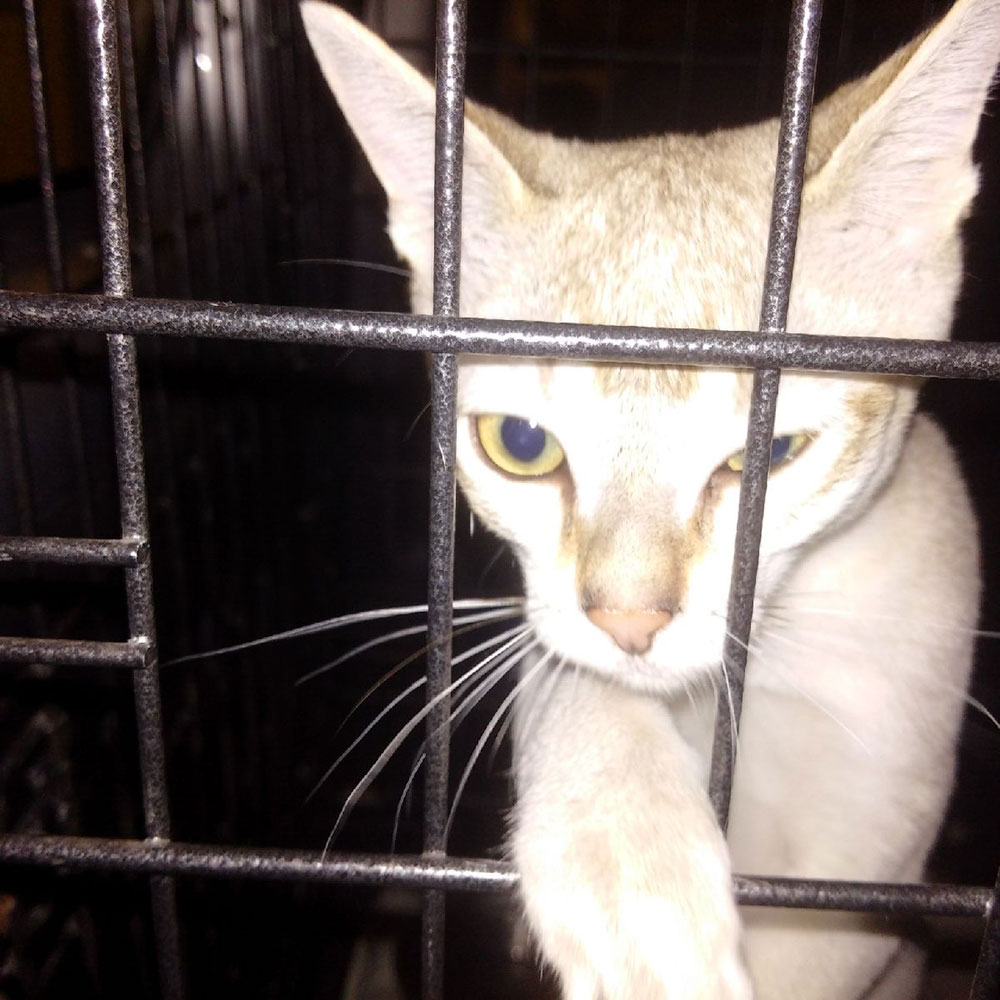 It took about 12 attempts to get a photo of this animated fellow sitting still! 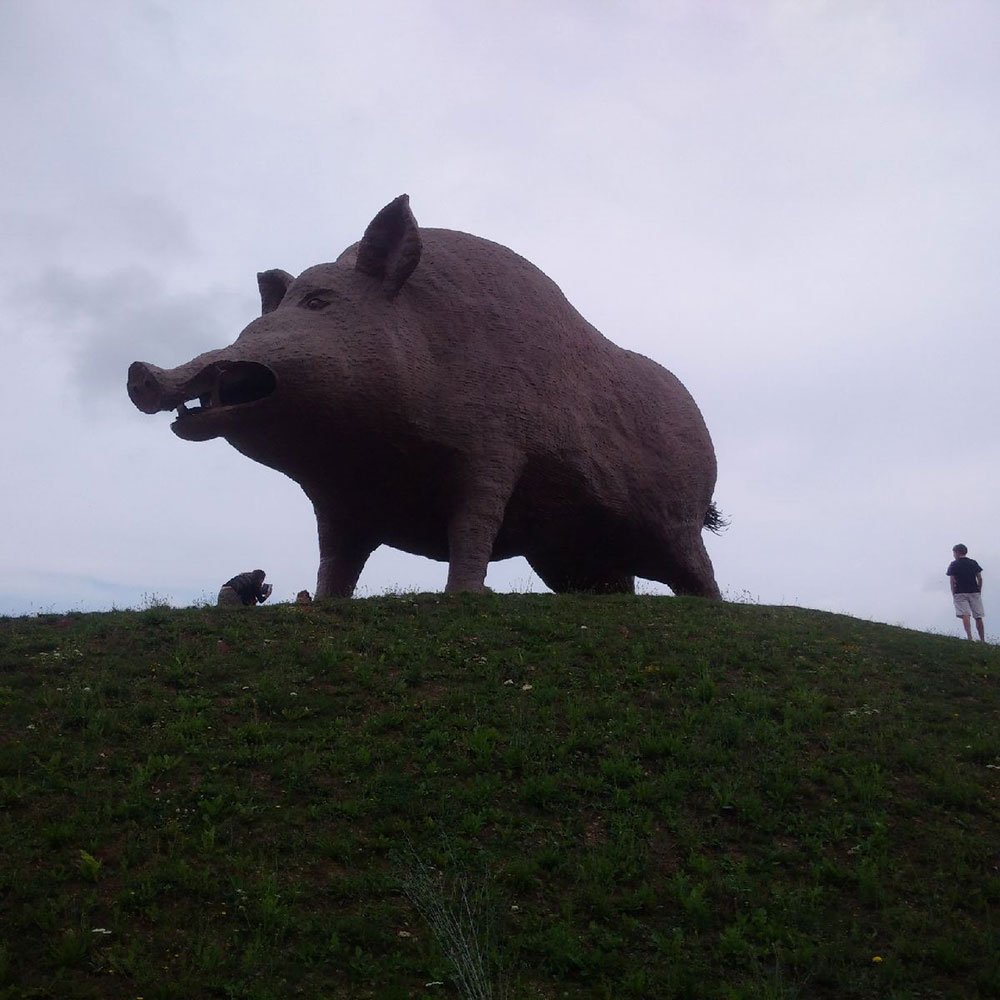 Spotted at the Aire des Ardennes, where the locals loom large and the sausages are plentiful