Back to the UK from Portugal with 15 passengers

On our journey back to the UK from Portugal, our passenger list comprised two dogs and 13 cats.

English Bulldog Brett was bred by José in Lisbon. Ernie in Norfolk was due to receive Brett some time ago. However, the person transporting Brett took a fancy to him and decided he wanted to keep him. A year and a court case later, Brett is finally on his way to Ernie — this time travelling with Animalcouriers! 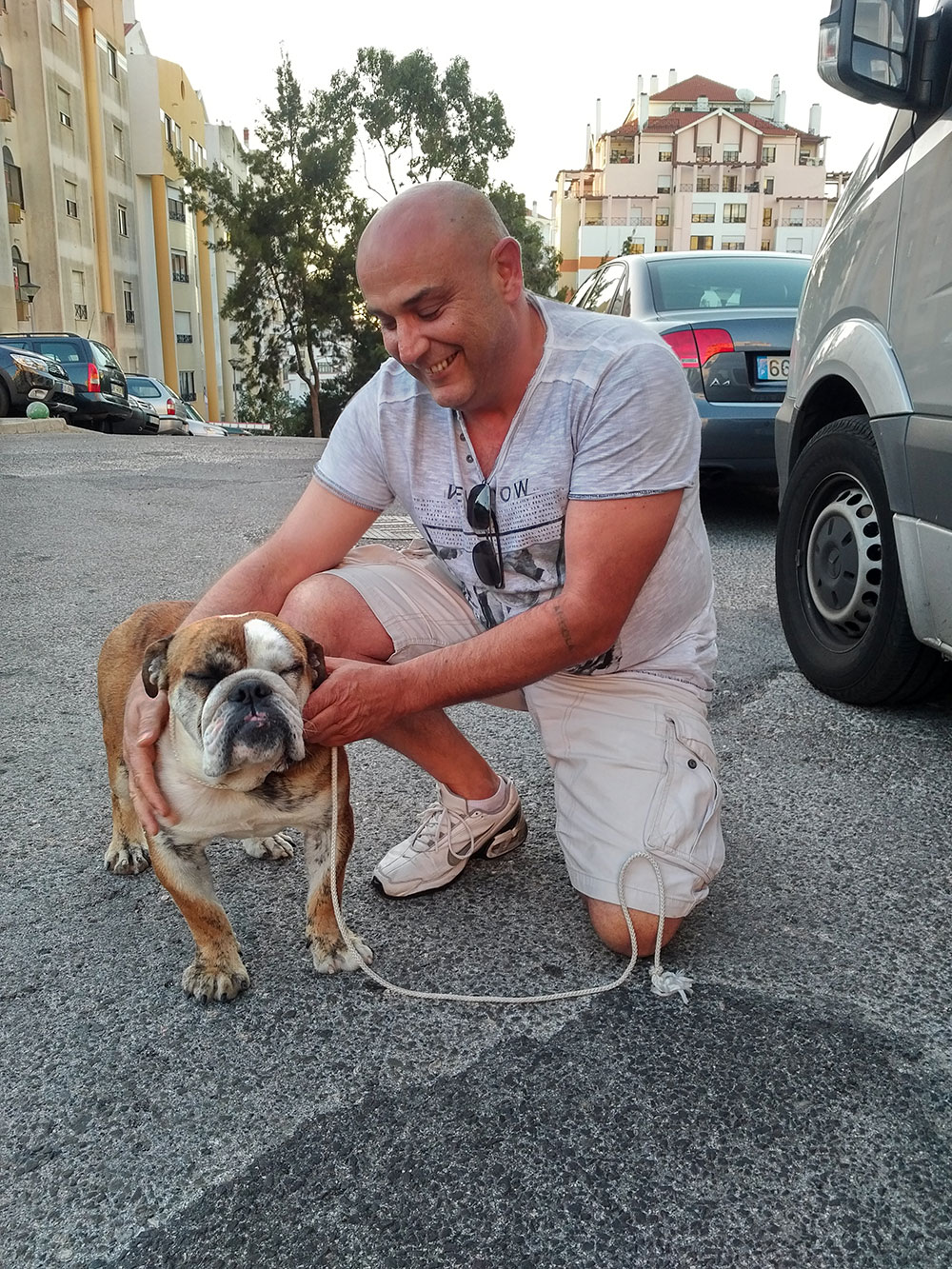 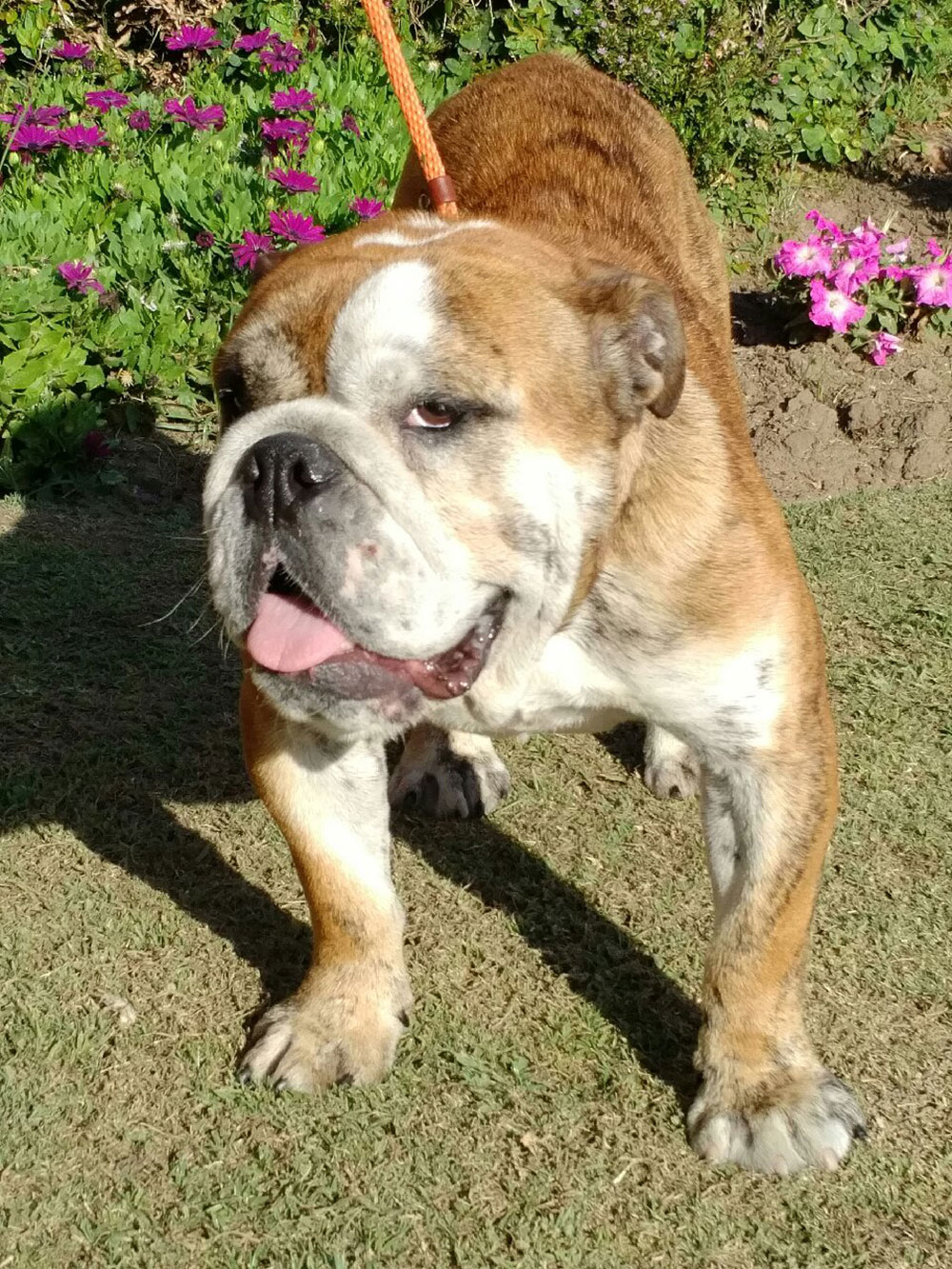 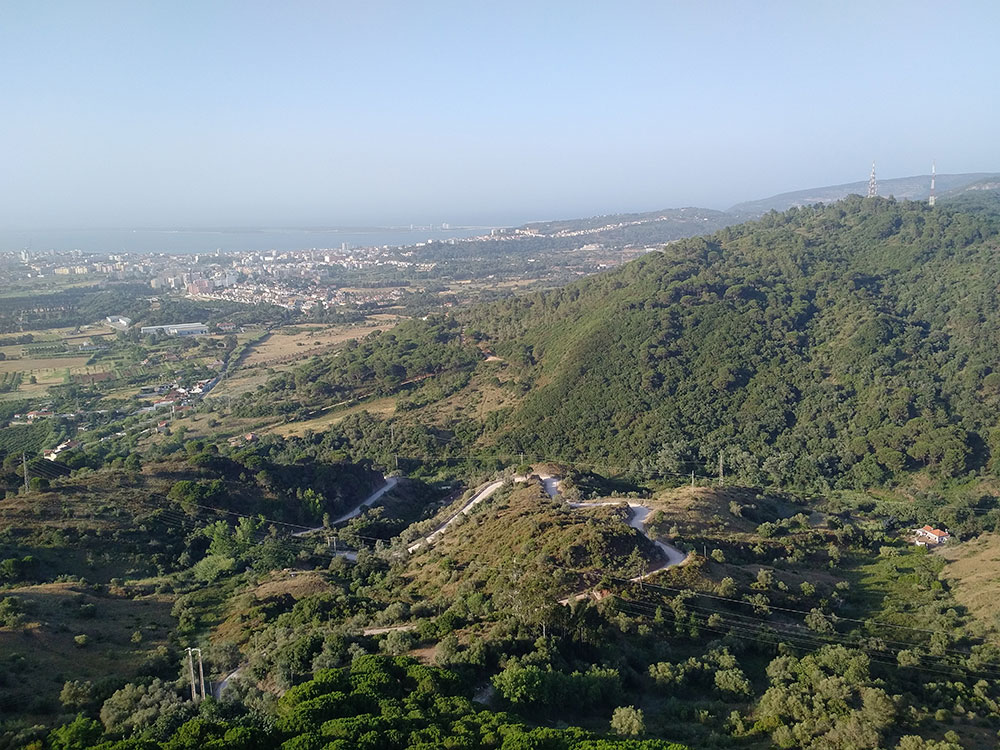 We stayed the night near Lisbon in a hotel we found at the top of a hill, which turned out to be on the Santiago de Compostela pilgrims’ route. 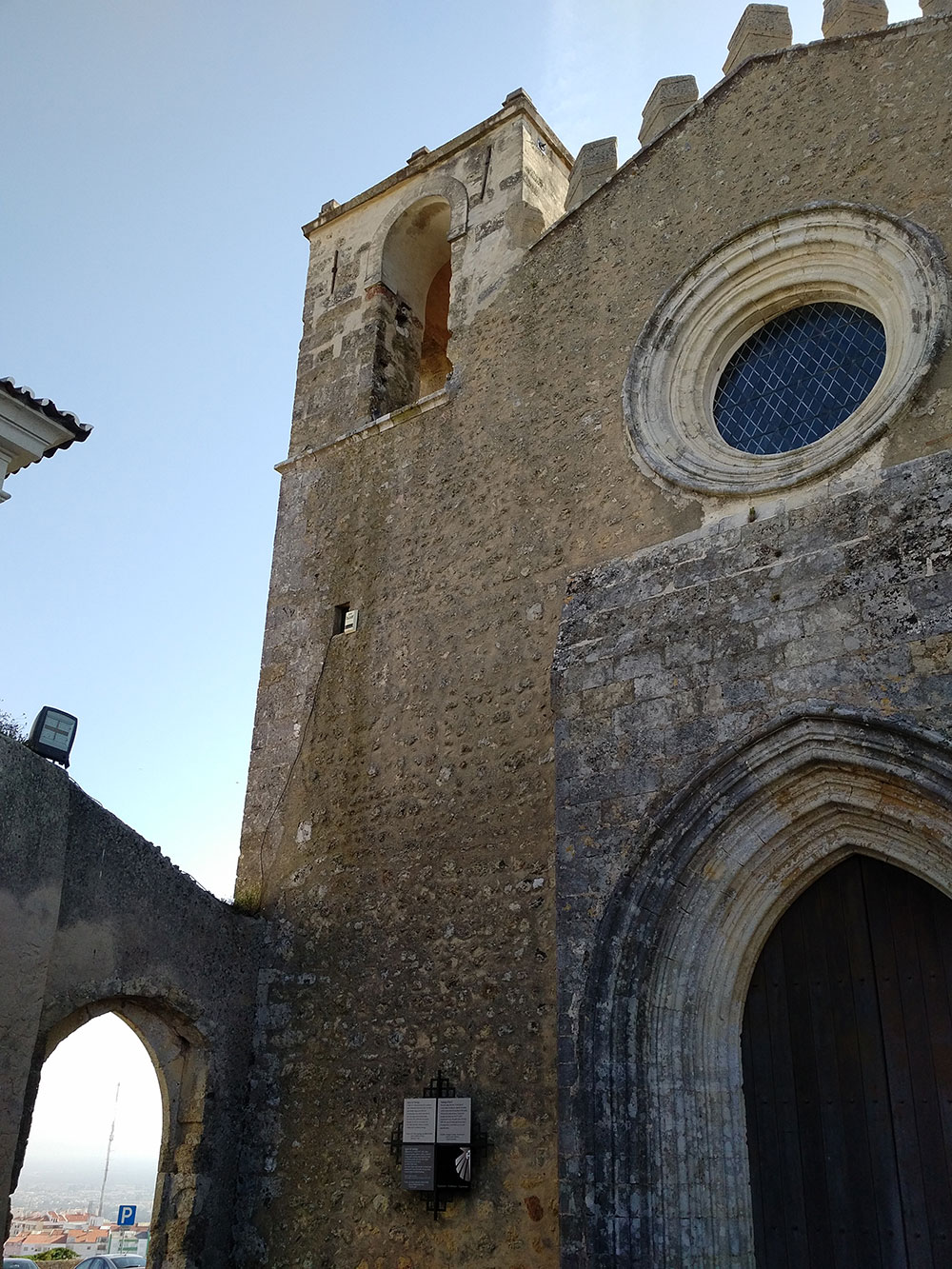 The late C15 Santiago church, where pilgrims would stop for a rest after climbing that hill 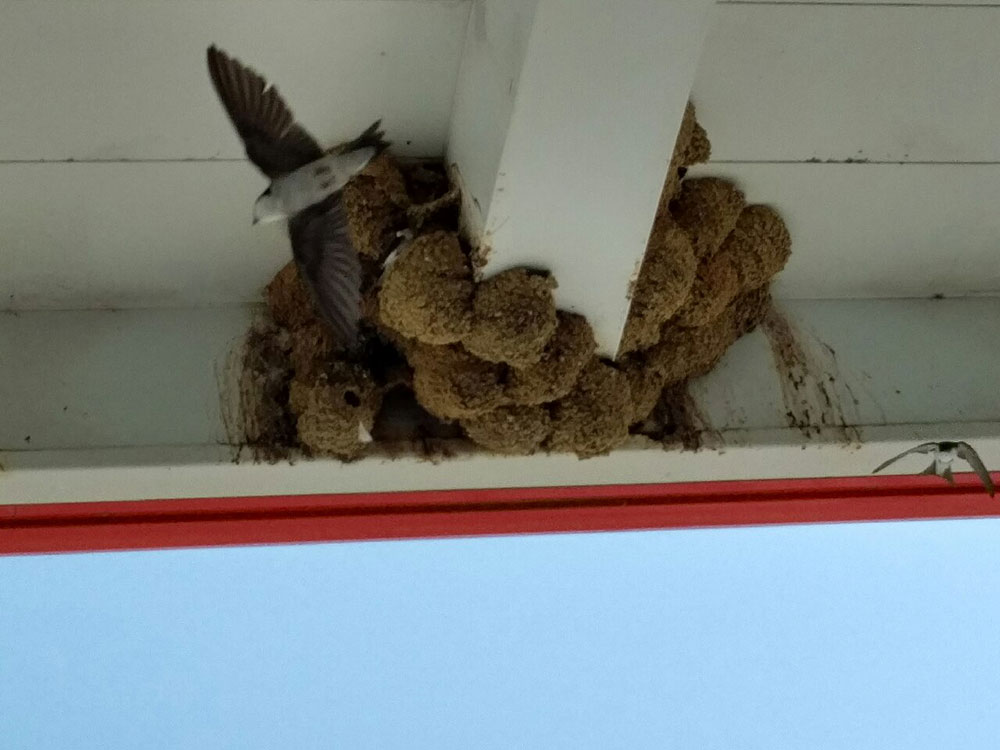 Housemartins (we think) nesting in the beams 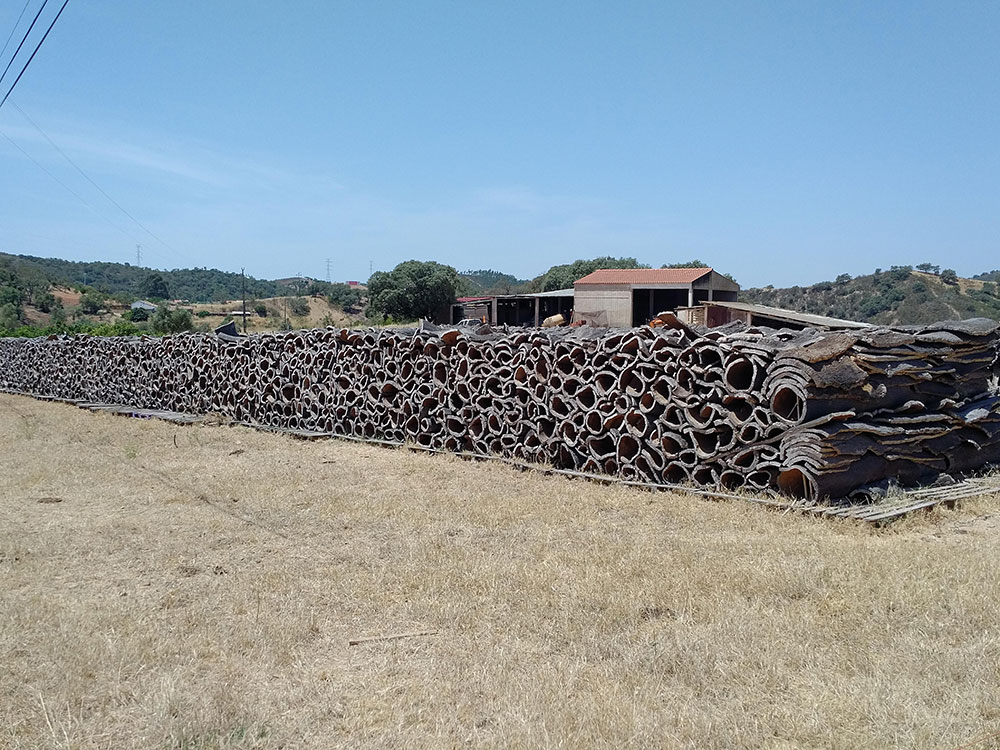 Courier M collects wine bottle corks. So he was very excited to come across this huge pile of ‘raw’ cork, harvested from some of the many cork trees that grow in Portugal. 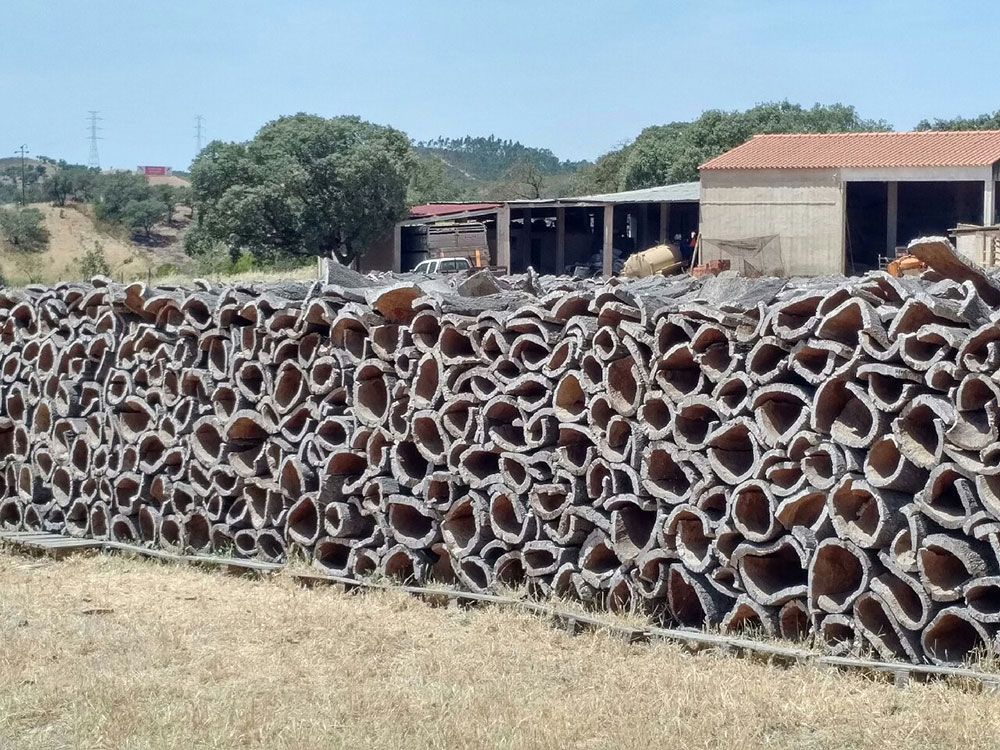 Closer to, the patterns made by the stacked cork are quite mesmerising

We called in on Mel and Sue at Casa Antigua Kennels and Cattery near Javea, to collect Jess, a water dog, and eight cats. 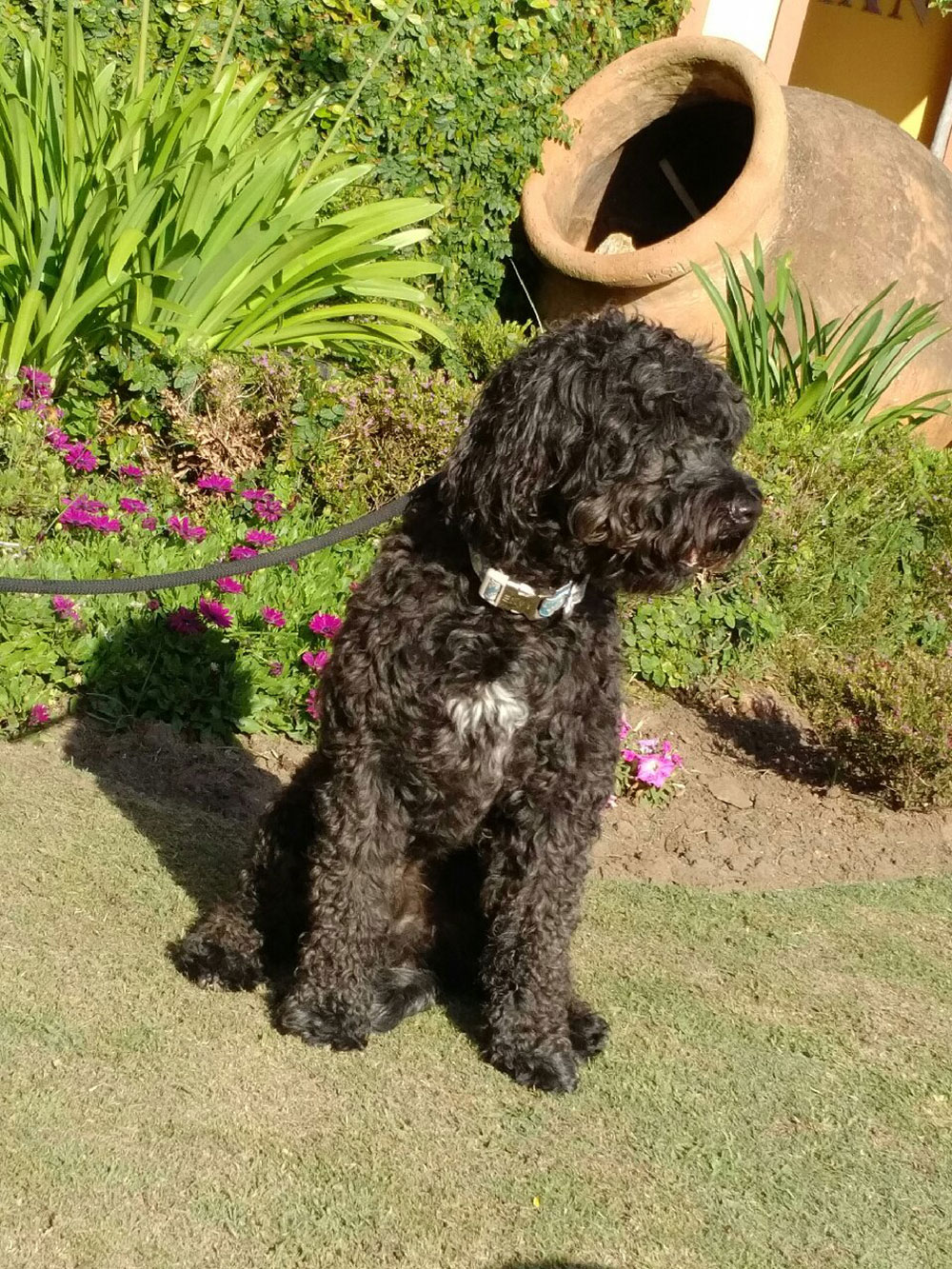 Jesse, a Portuguese Water Dog, belongs to Geoffrey. Jesse is travelling with us to rejoin Geoffrey in Yorkshire. 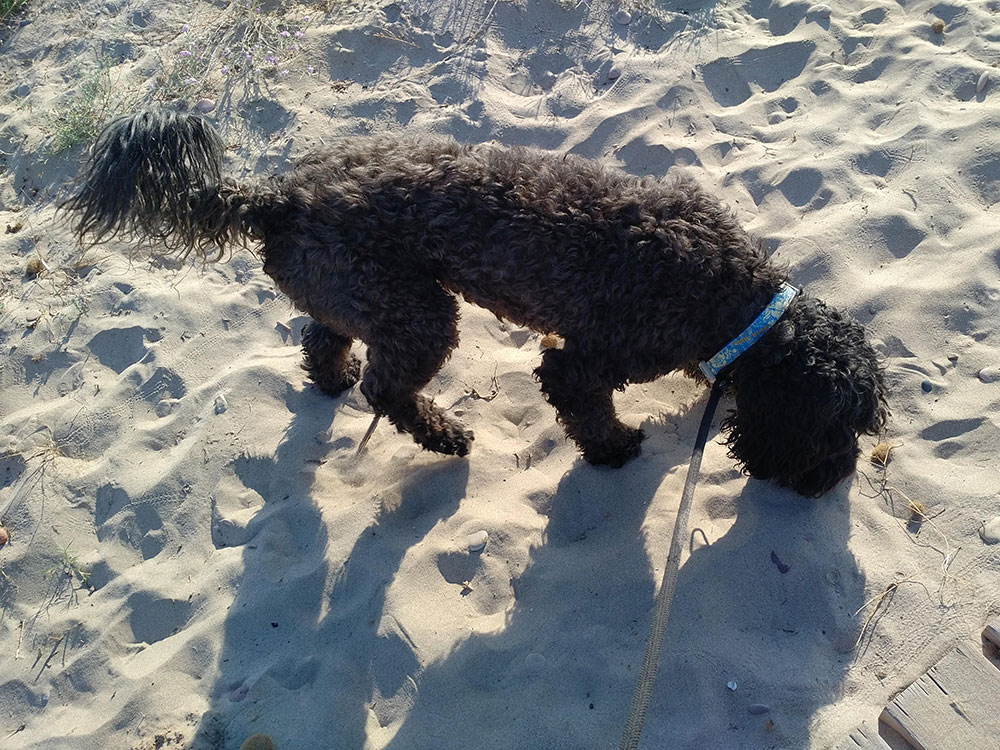 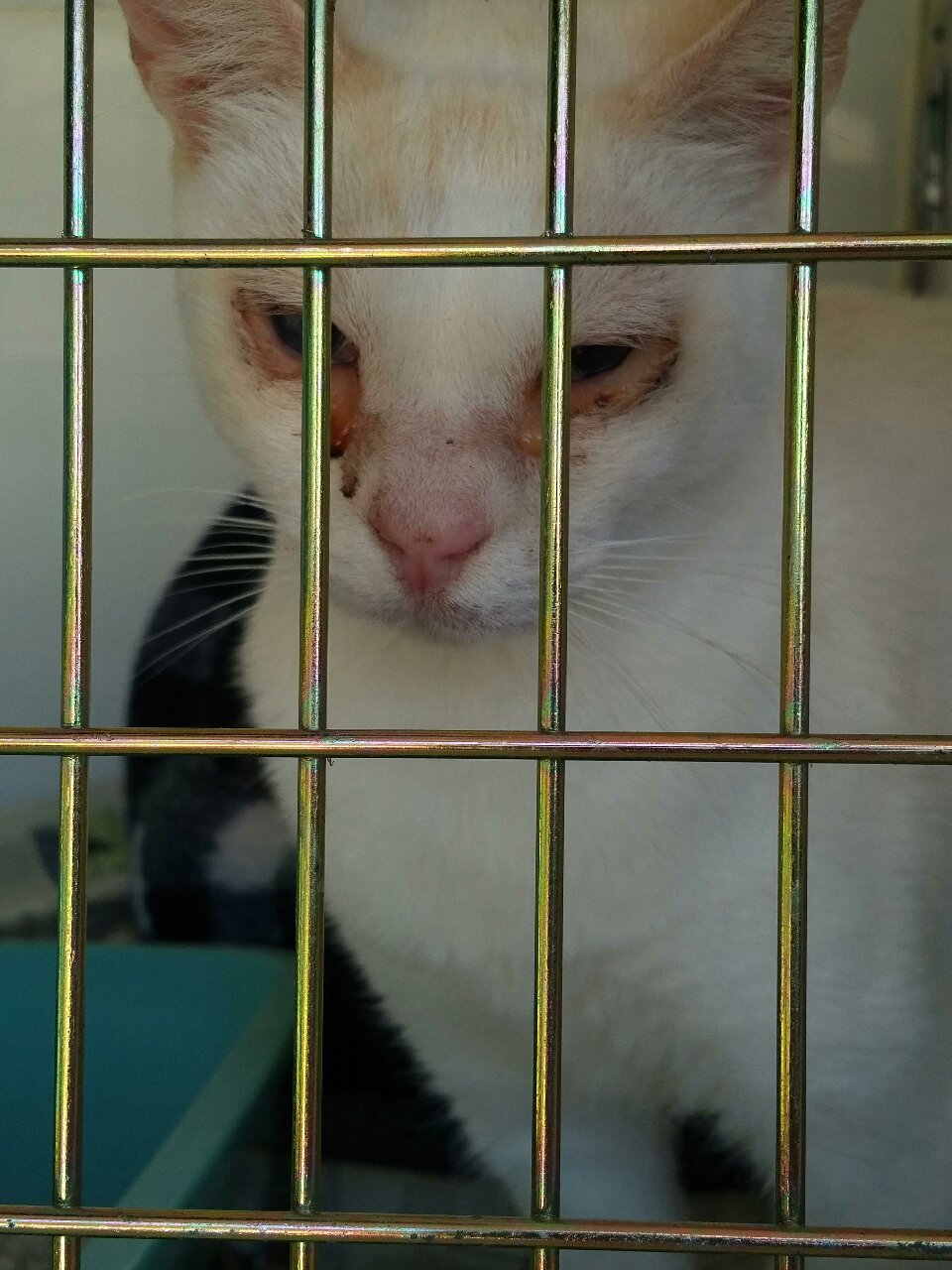 This is Santiago, a rescue cat from Ibiza, whose journey to the UK has been sponsored by Care4Cats

The other seven cats we collected belong to Paul, who has relocated from Denia to Norfolk. Fortunately, Paul included a photo of each cat in its pet passport, so we soon got to know exactly who was who out of this bunch of super furries. 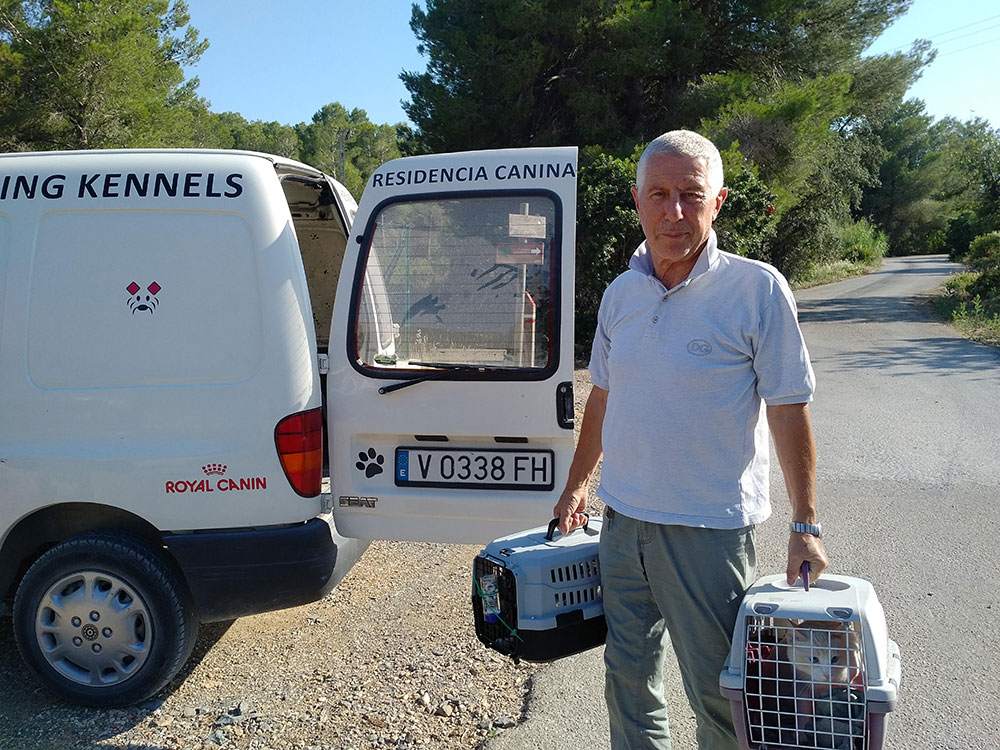 Here’s Mel with the first of the cats 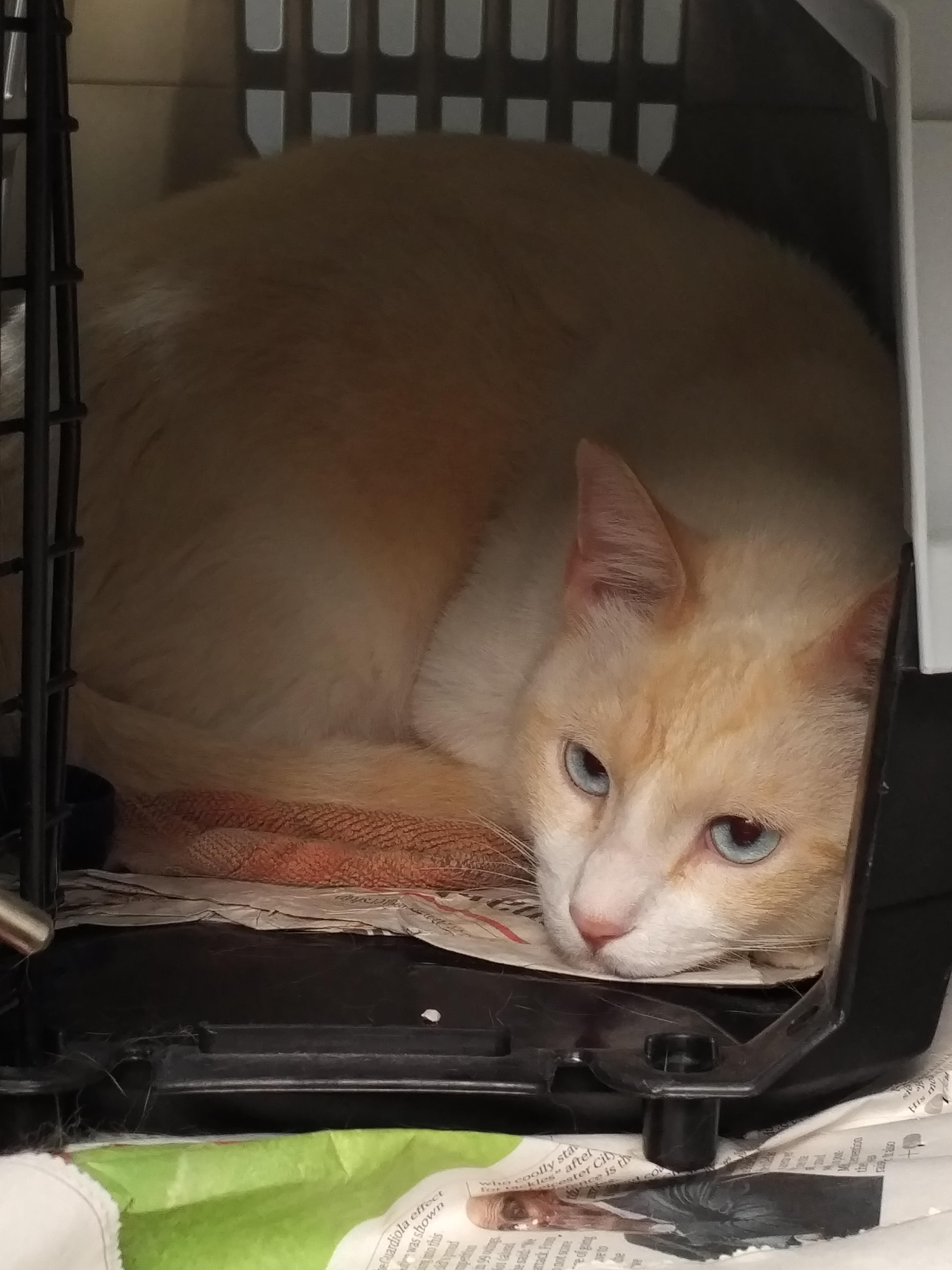 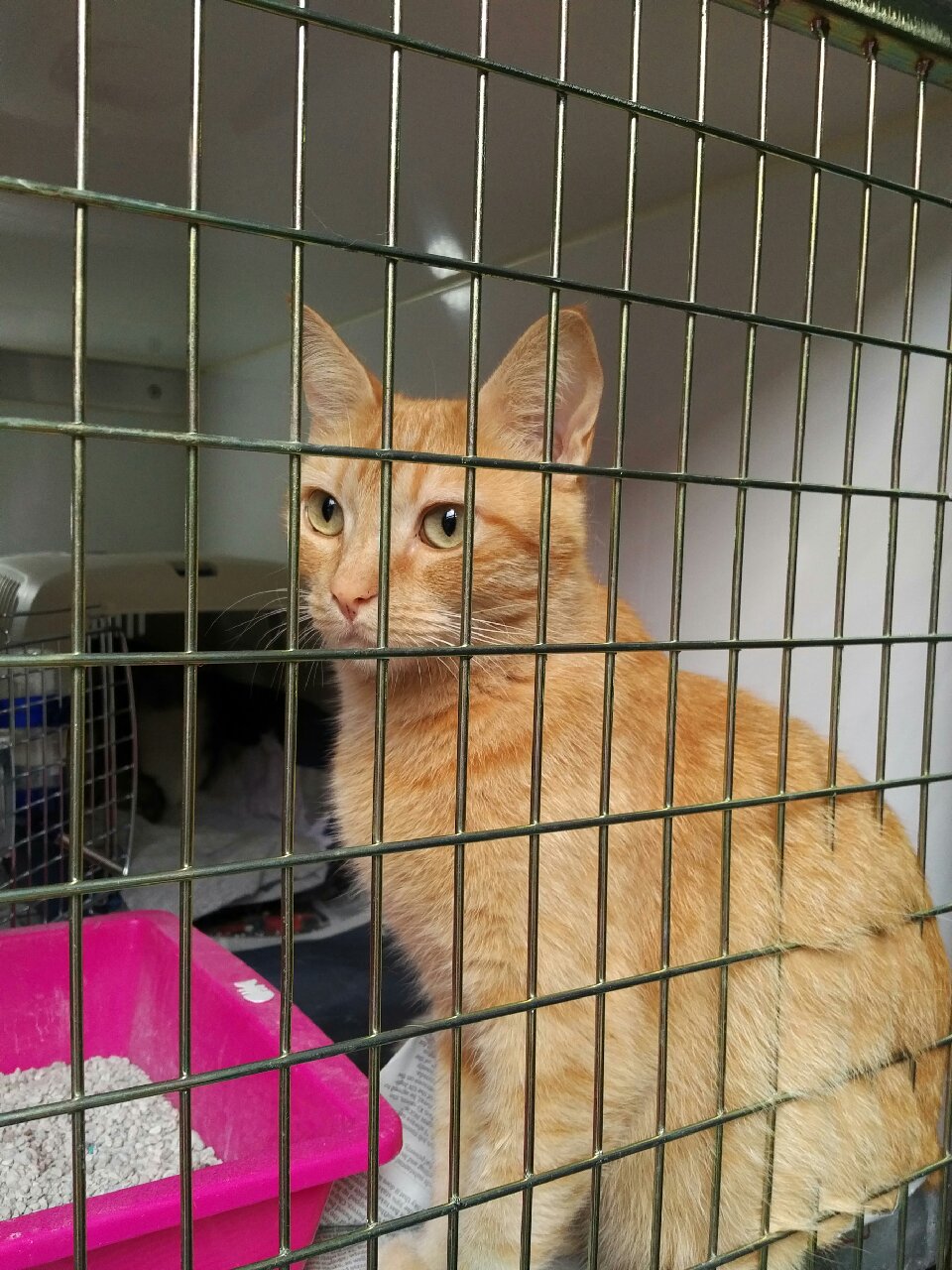 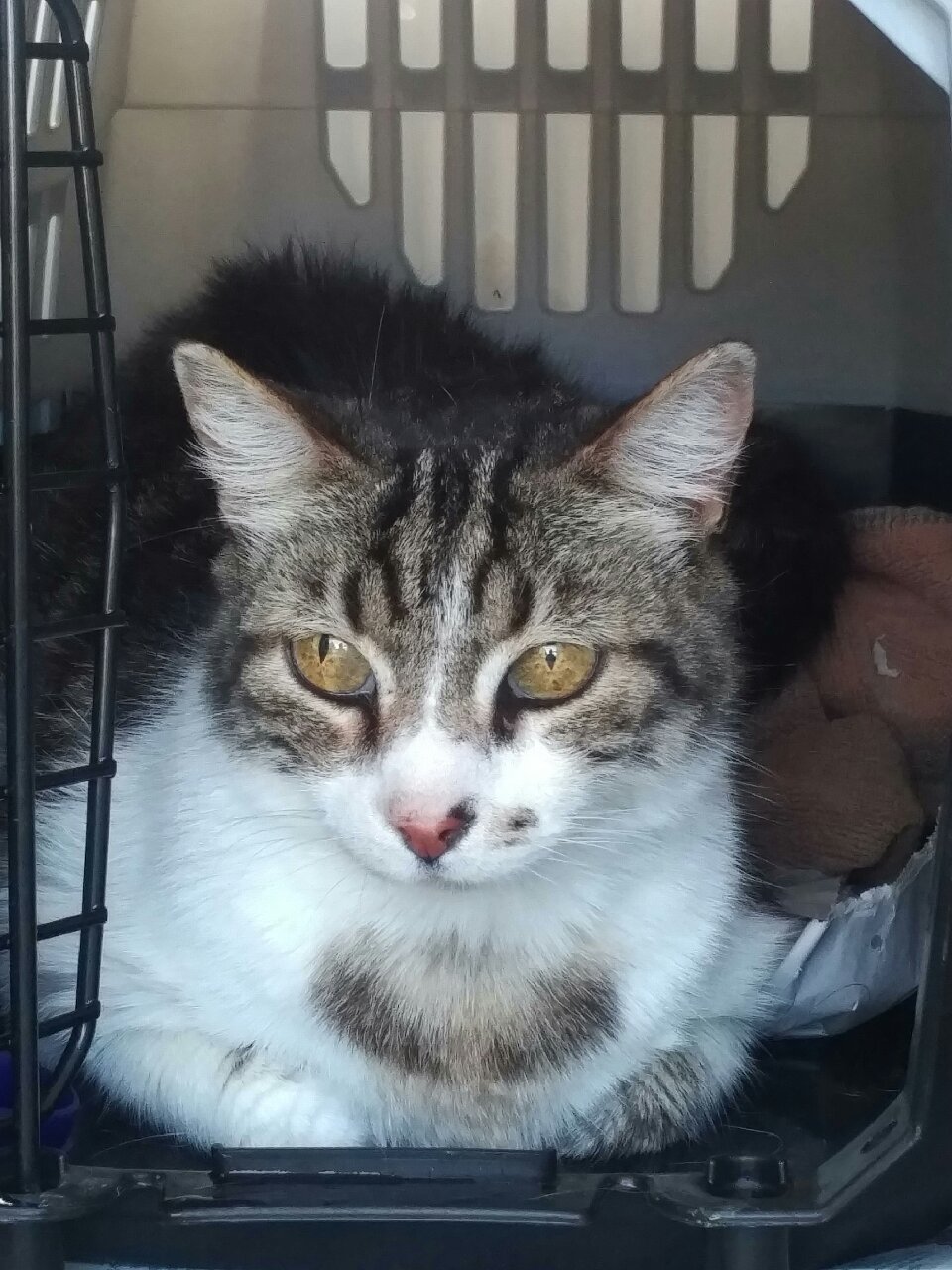 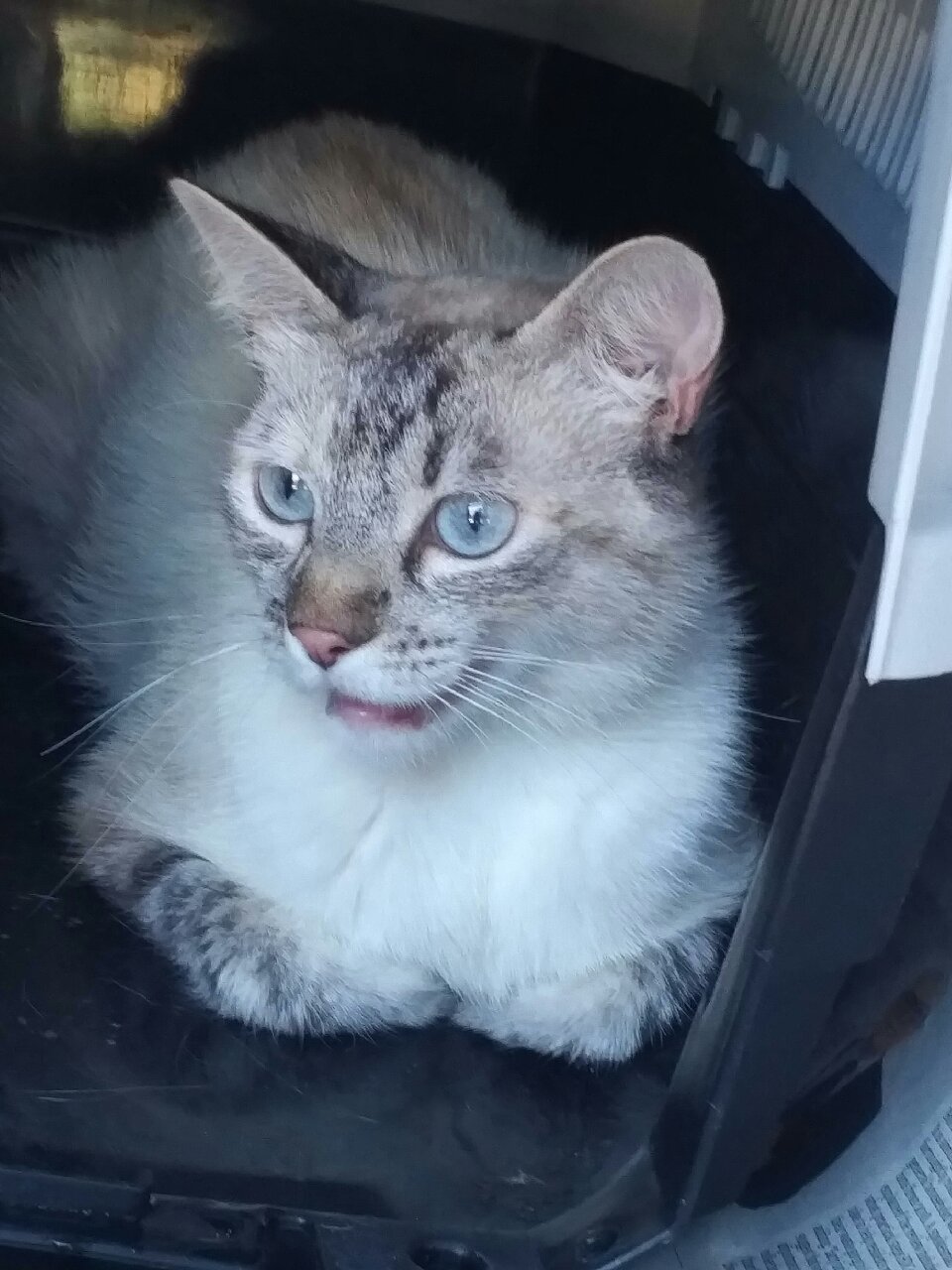 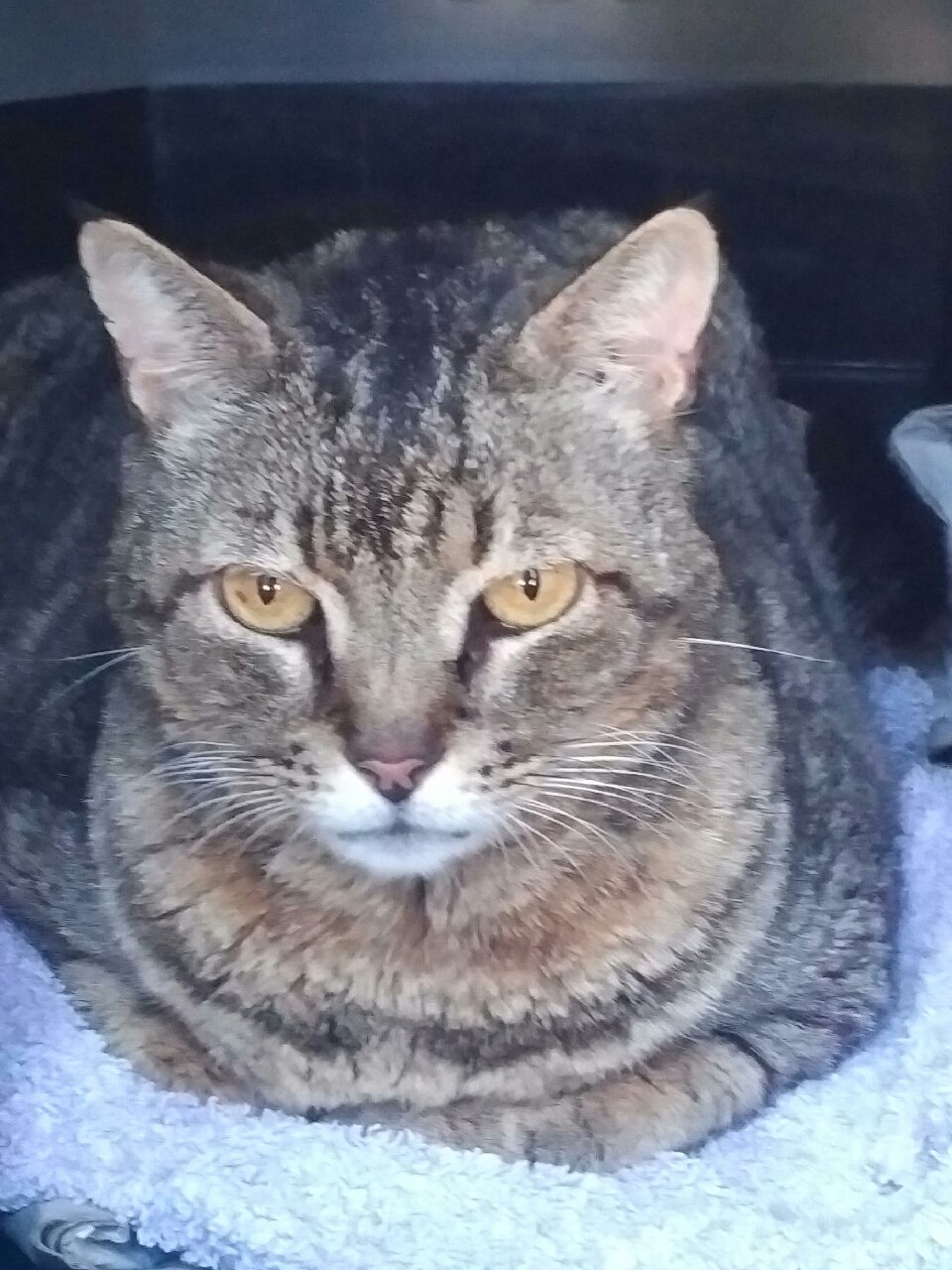 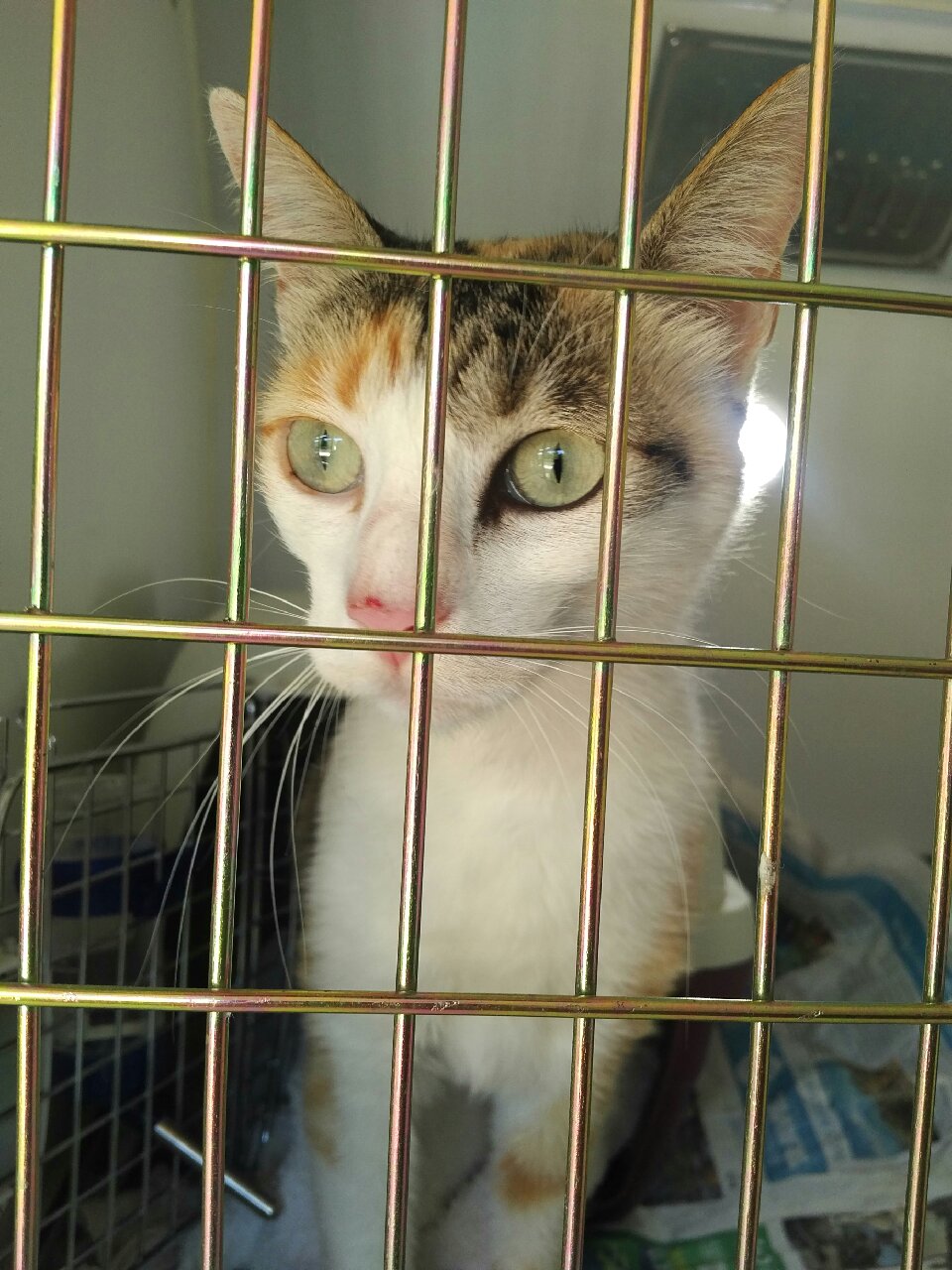 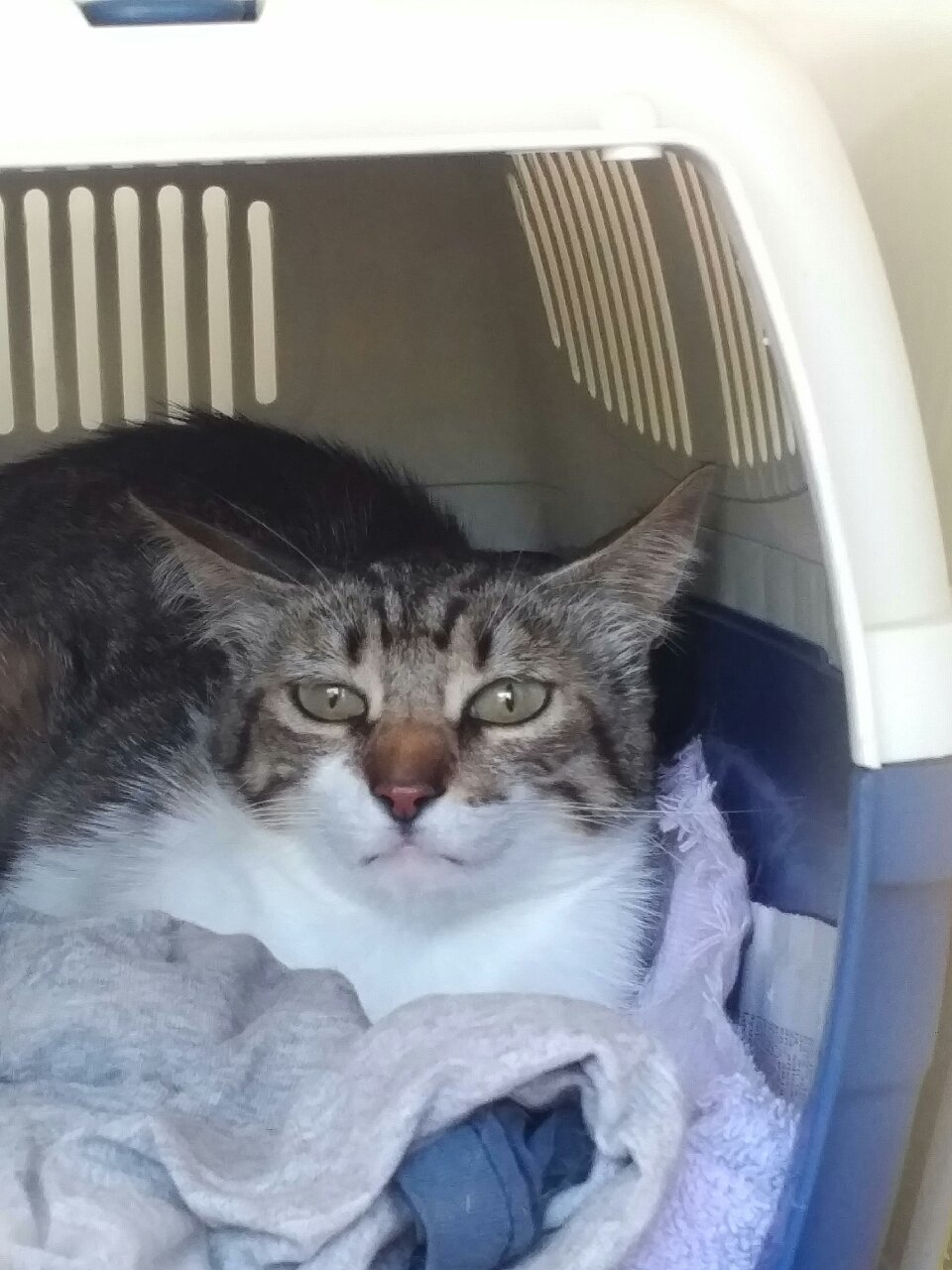 This fine feline duo belong to John. We collected them on the Algarve, and reunited them with John in Barcelona. 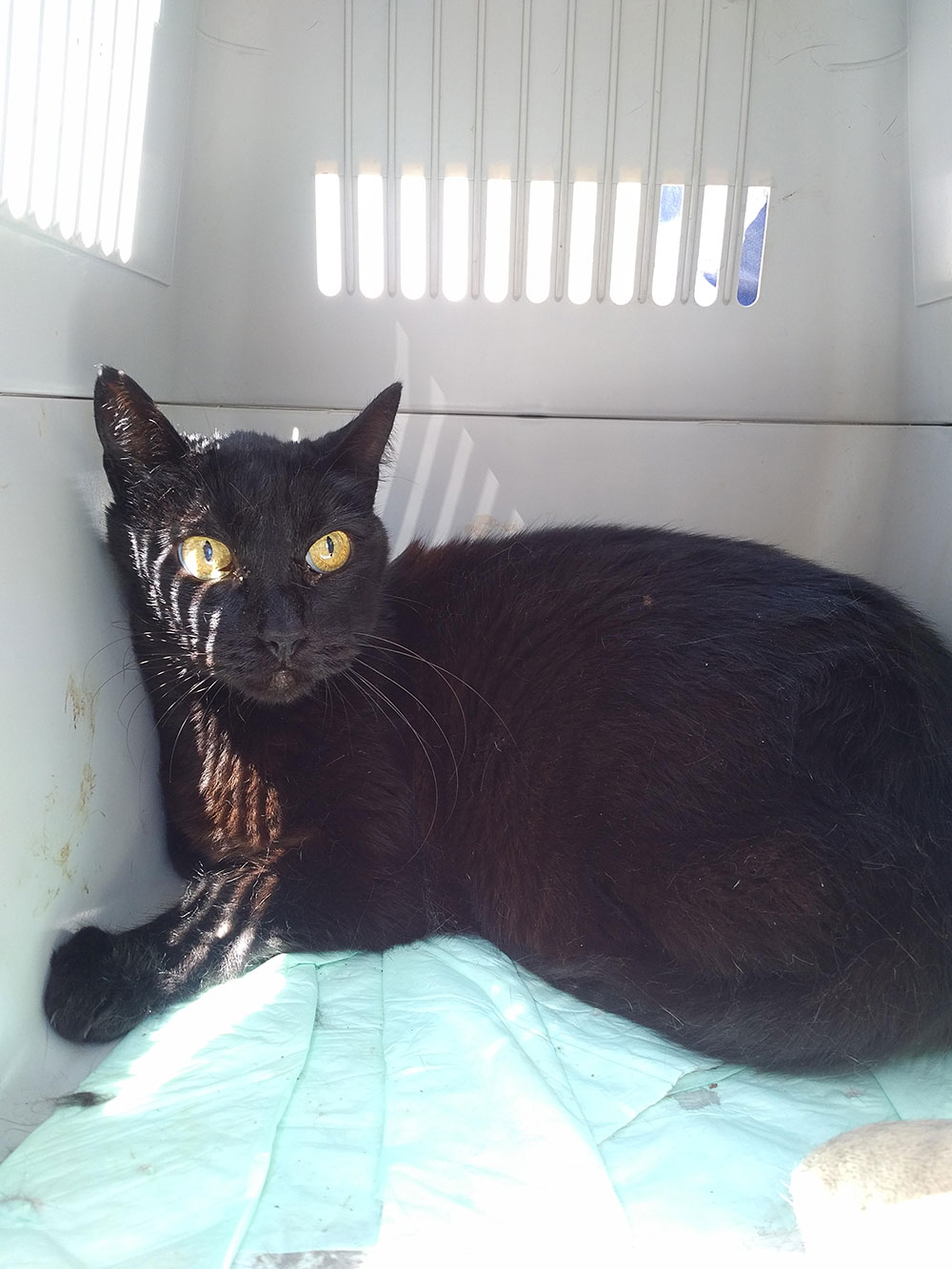 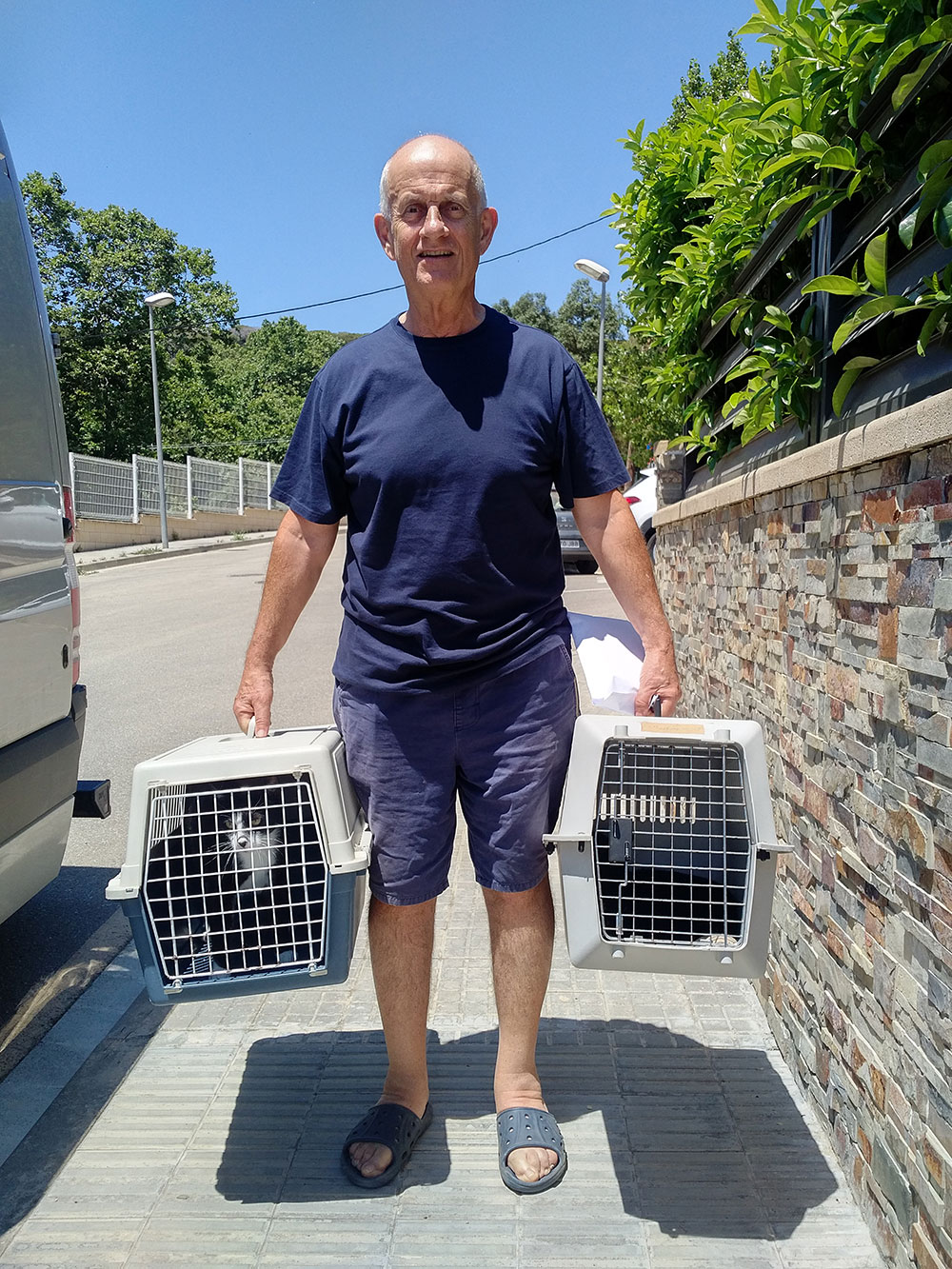 John pleased to have Tux (on the left — you can just see his tuxedo front!) and Tic back

We collected a trio of tabby cats from Peter in Sao Bartolomeu de Messines. The whole family is relocating to Manchester. 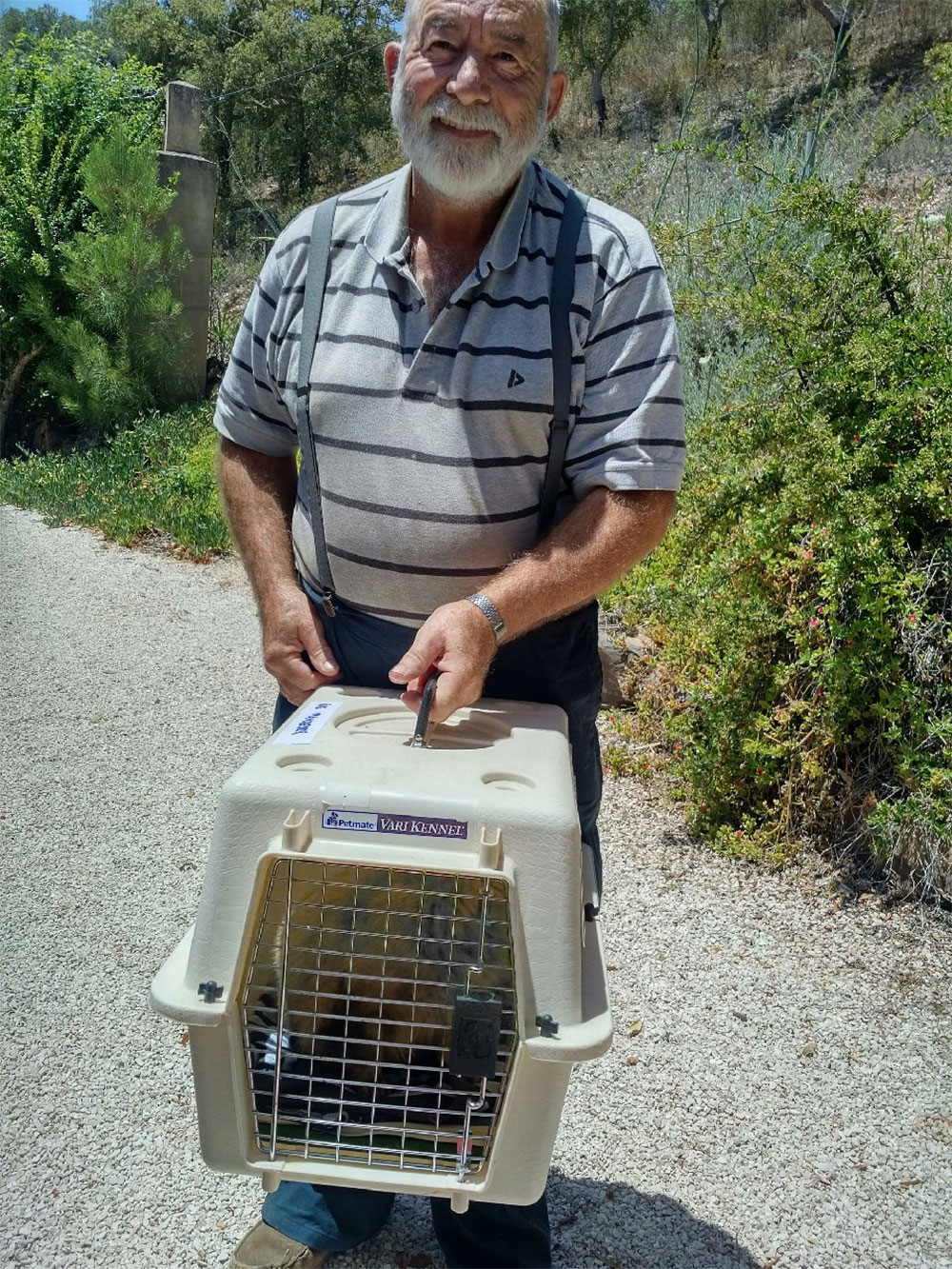 Peter introducing us to his cats 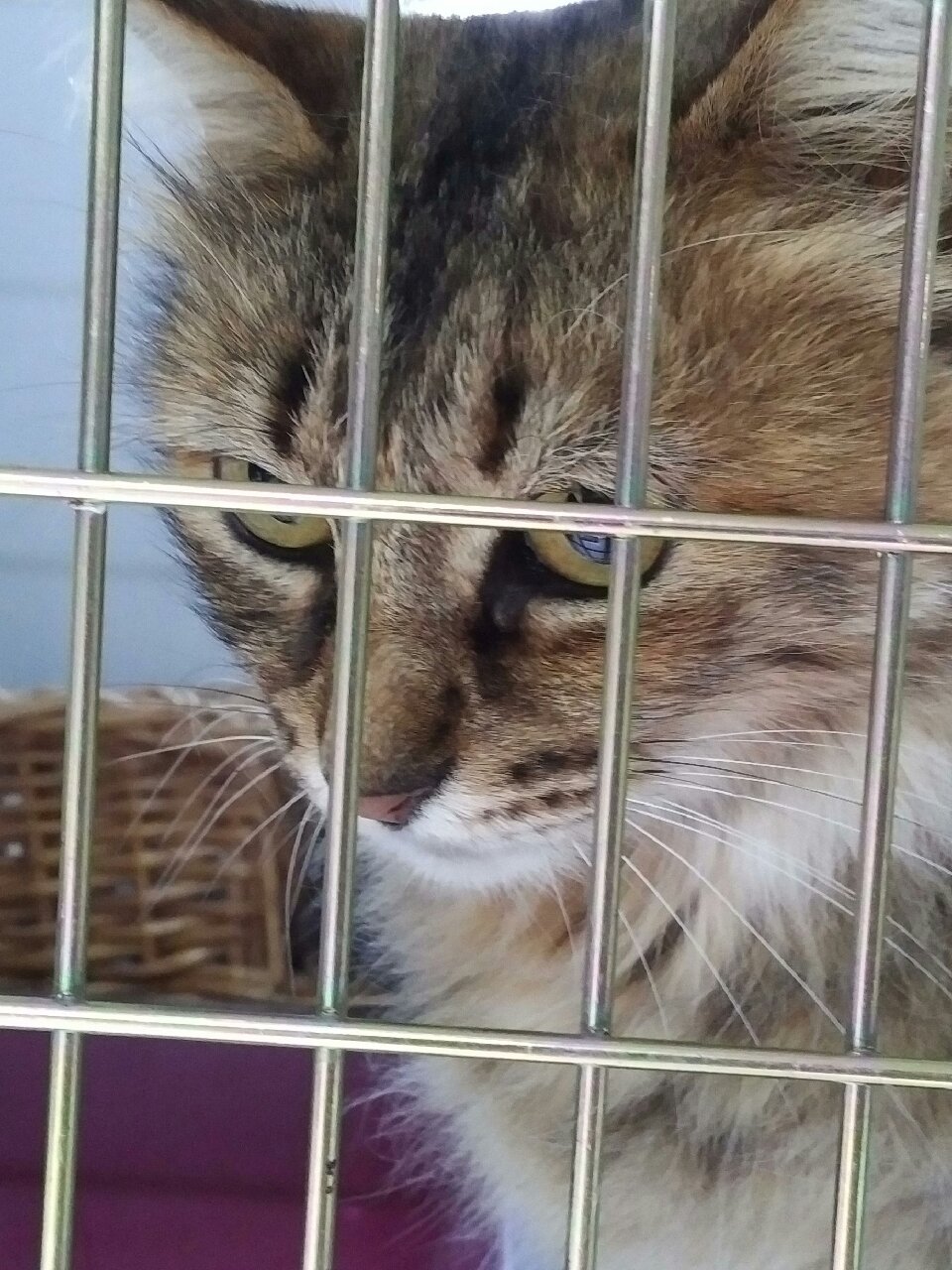 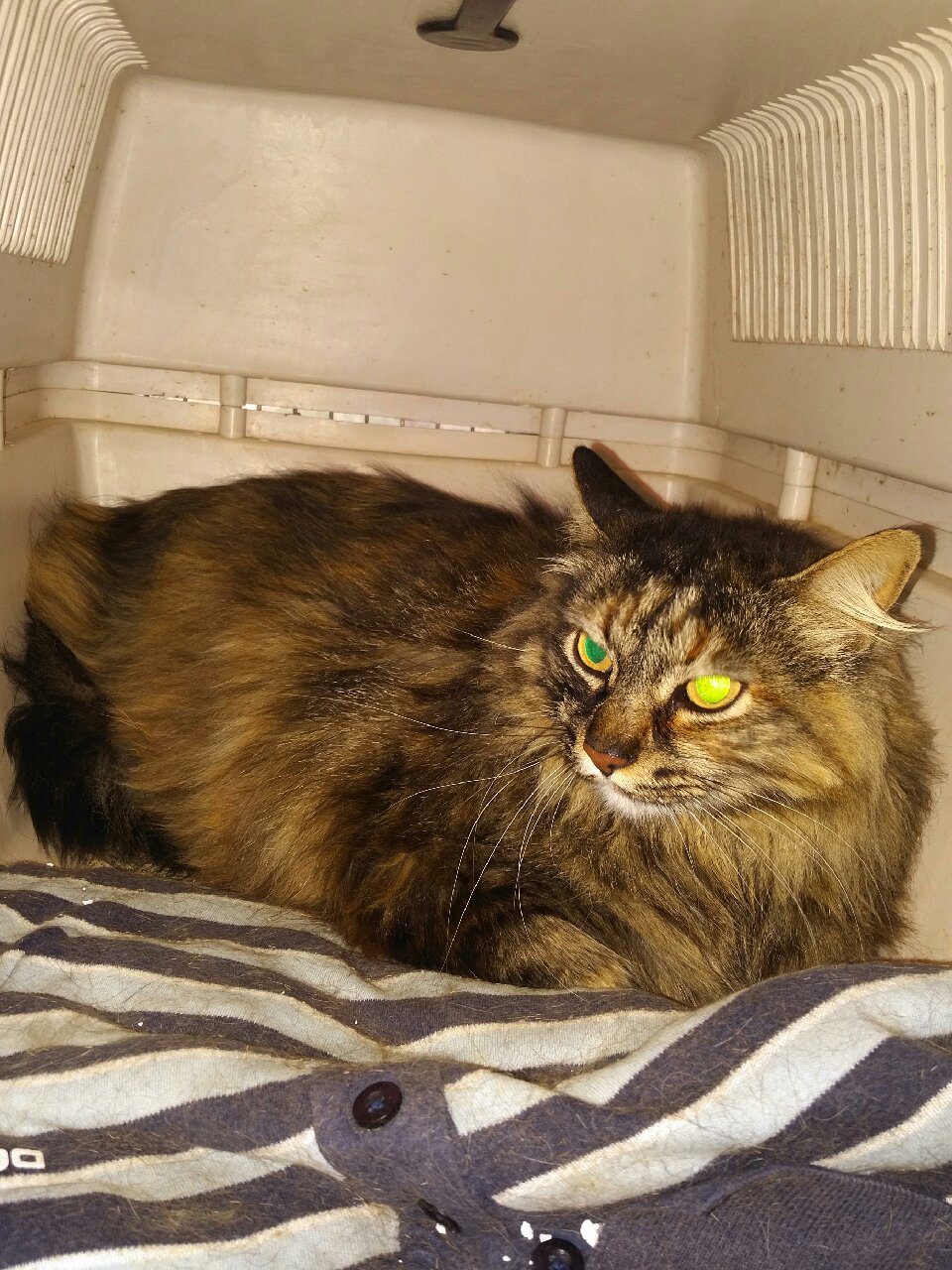 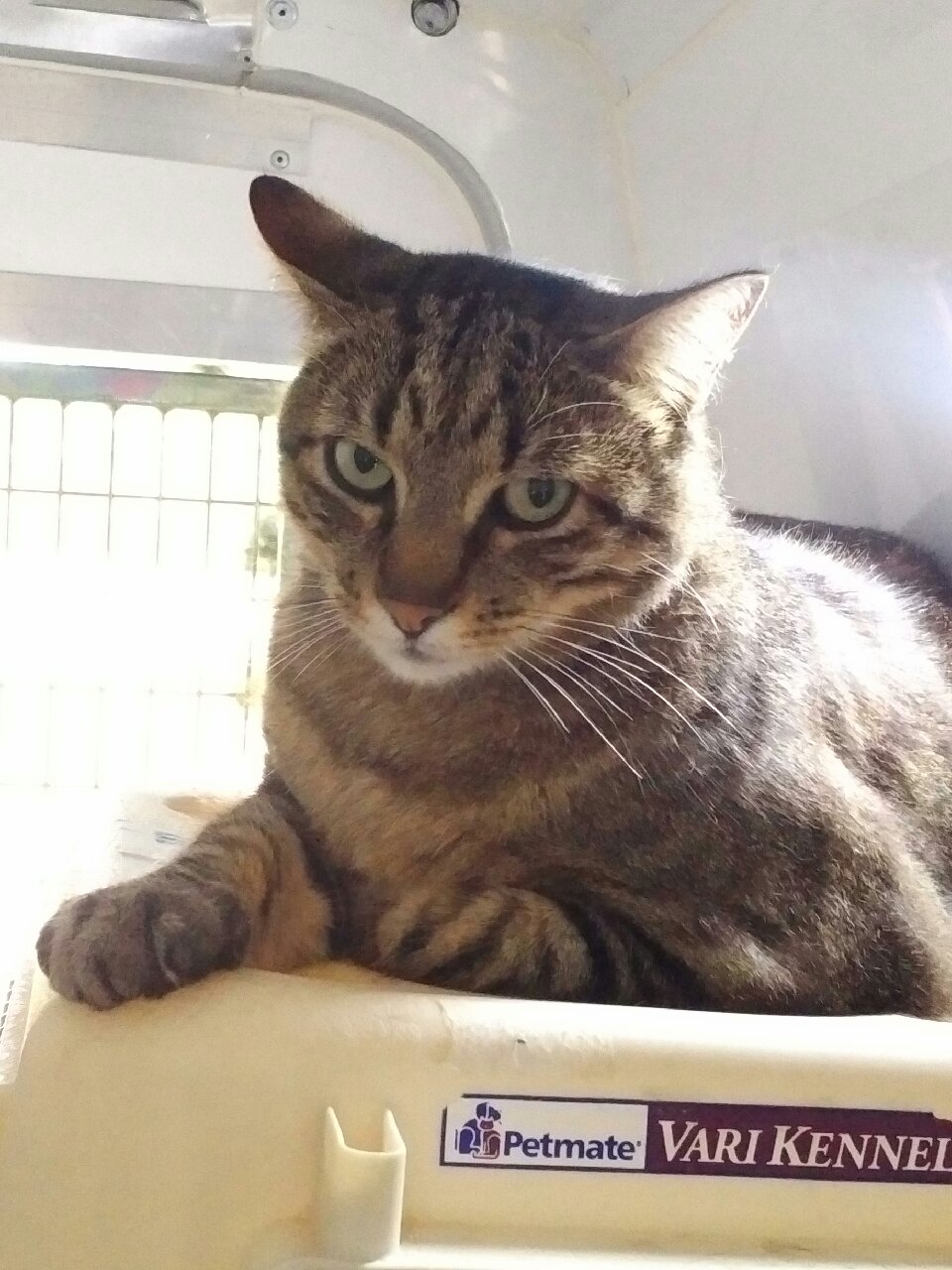