We have a few snippets of news about some recent passengers from our last trip round southern Europe. And just before couriers M and J set off on that trip, courier Richard did a quick channel hop to France to meet a young fellow called Castor.

It was a sunny Saturday in April when courier Richard popped over to the heart of Paris to collect Castor, a two-year-old Cavalier King Charles Spaniel‎. Castor, who belongs to Matthew, was a model passenger, jumping happily out of his bedroom for a walk, then hopping straight back in and snoozing his way up the road. 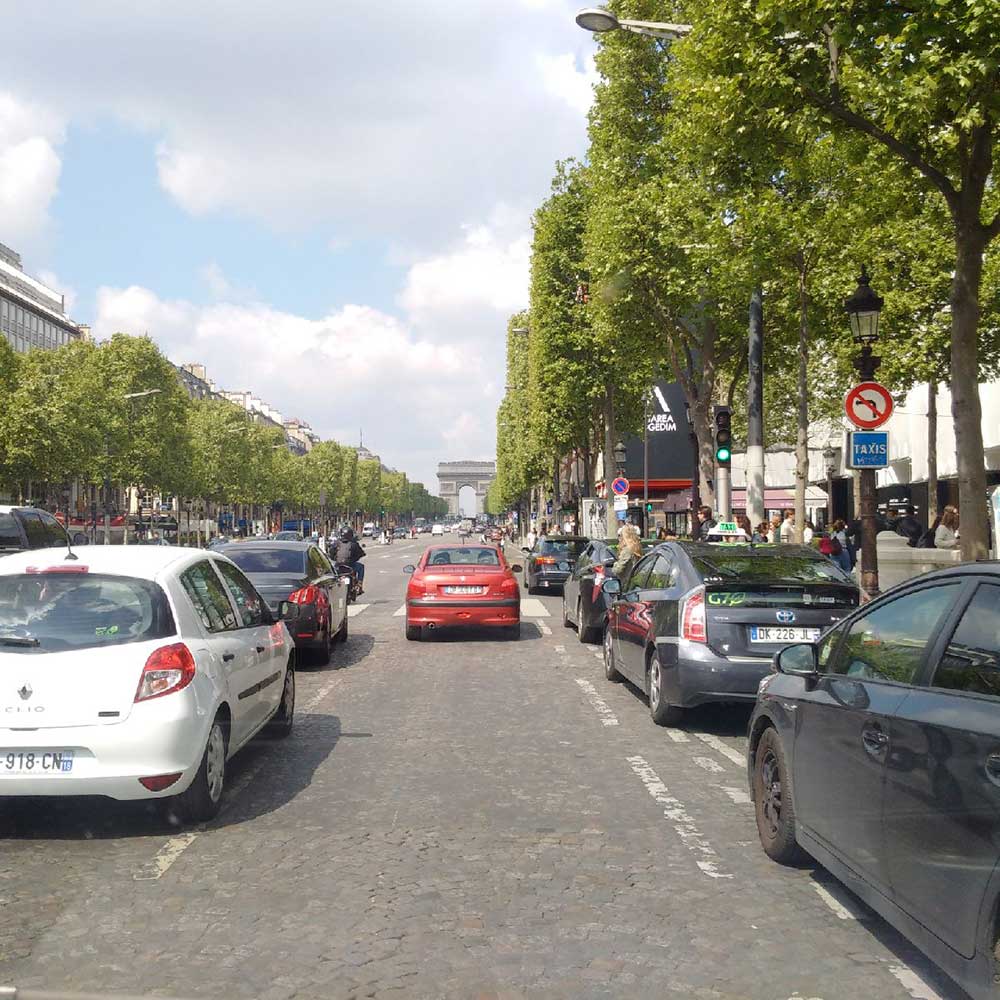 Heading towards the Arc de Triomphe 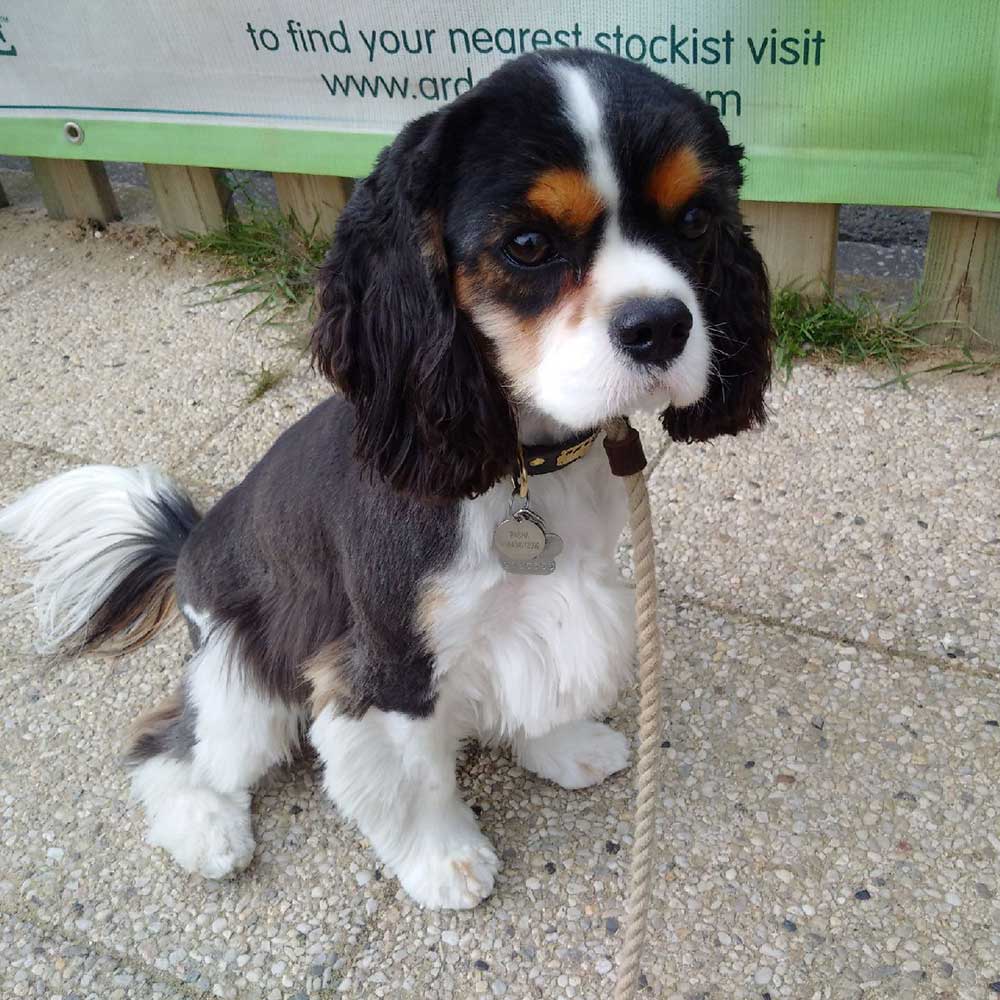 Castor is such a busy chap when out for a walk that we were amazed he stopped long enough to have his picture taken! 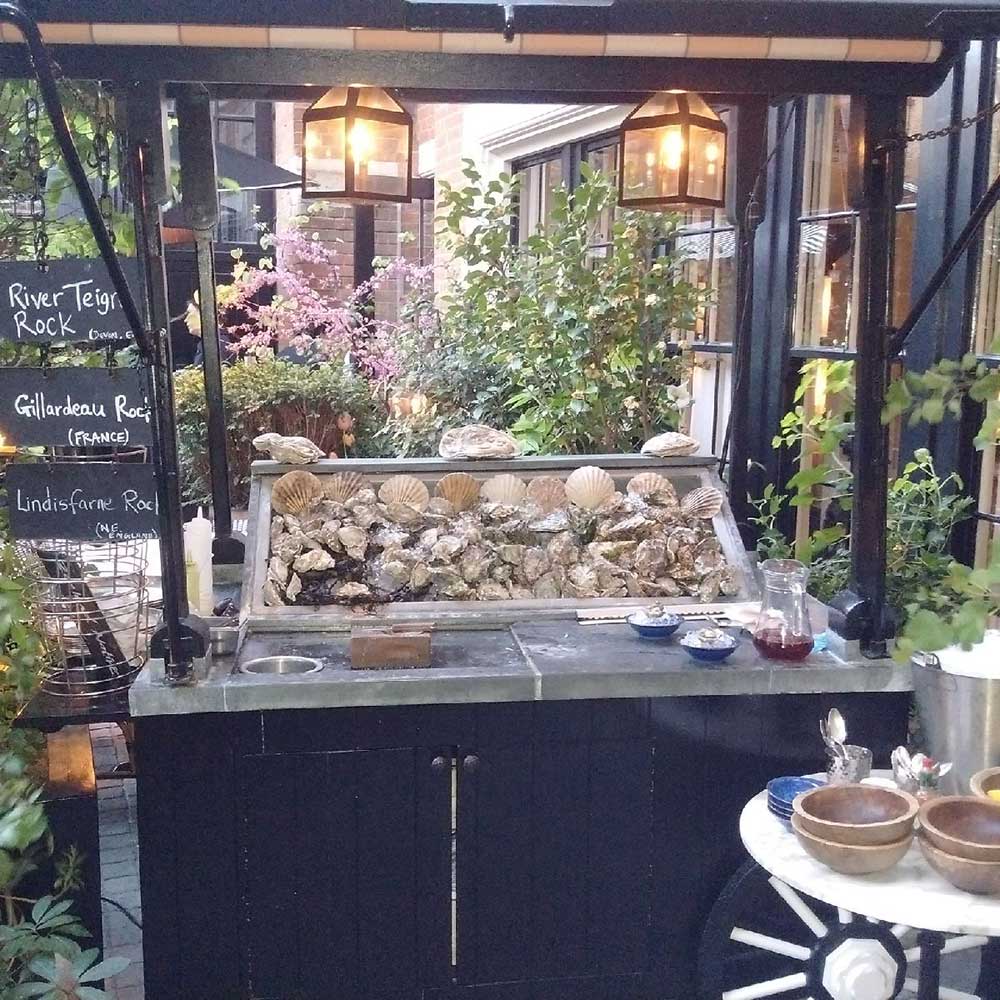 Charming Castor’s destination was an exclusive hotel in Marylebone, where, escorted by a busboy, he slipped past the paparazzi to be reunited with Matthew. This was the rather tempting oyster bar just inside the hotel entrance.

Handsome tuxedo cat Jim, a frequent Animalcouriers passenger who travelled with us from London, has settled in well to his summer residence in the sunny south of France. Owner Faith wrote to say:

Thanks so much for transporting Jim safely to France. He seemed relaxed and well and I loved the photo of him stealing dog biscuits — there’s obviously life in the old boy yet! He’s slotted very quickly back into his French routine — eating, sleeping and sunning himself on the terrace. 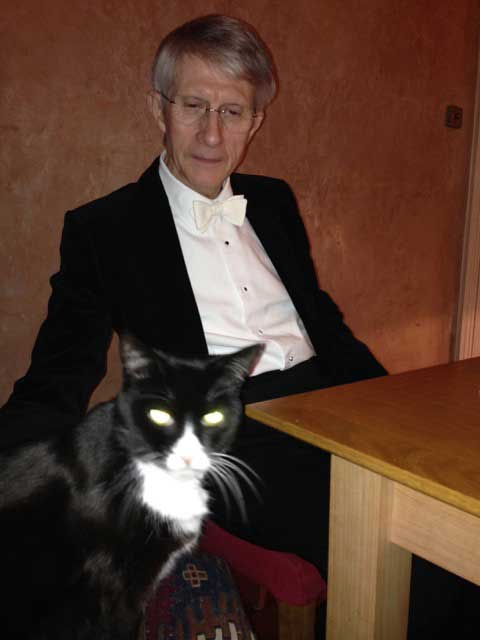 Just before he left the UK, Jim celebrated his 17th birthday. Here he is with a suitably attired party guest

Gorgeous grey puss Haricot (Harry to his friends) travelled with us from Le Mans, heading for Suffolk. Nicola found Haricot while she was teaching at the university in Le Mans, and now he’s on his way to join her in Suffolk. 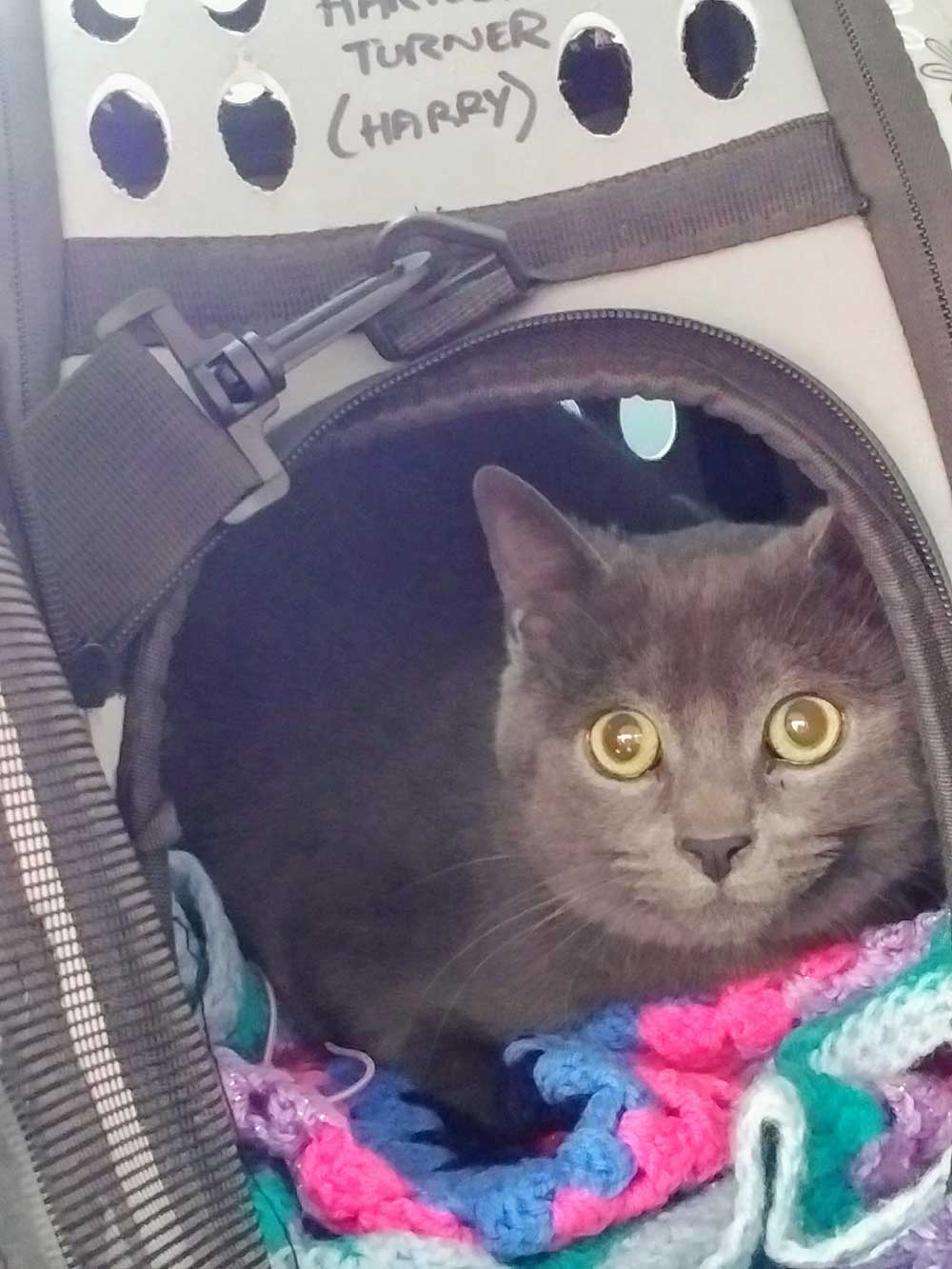 Harry looks like butter wouldn’t melt in his mouth, but he came with a health and safety warning — Nicola told us he isn’t always keen on people he doesn’t know. We were careful to be super nice to him!

Super tabby Rubble got on board in Quercy, and was collected from our Surrey base by her owners. 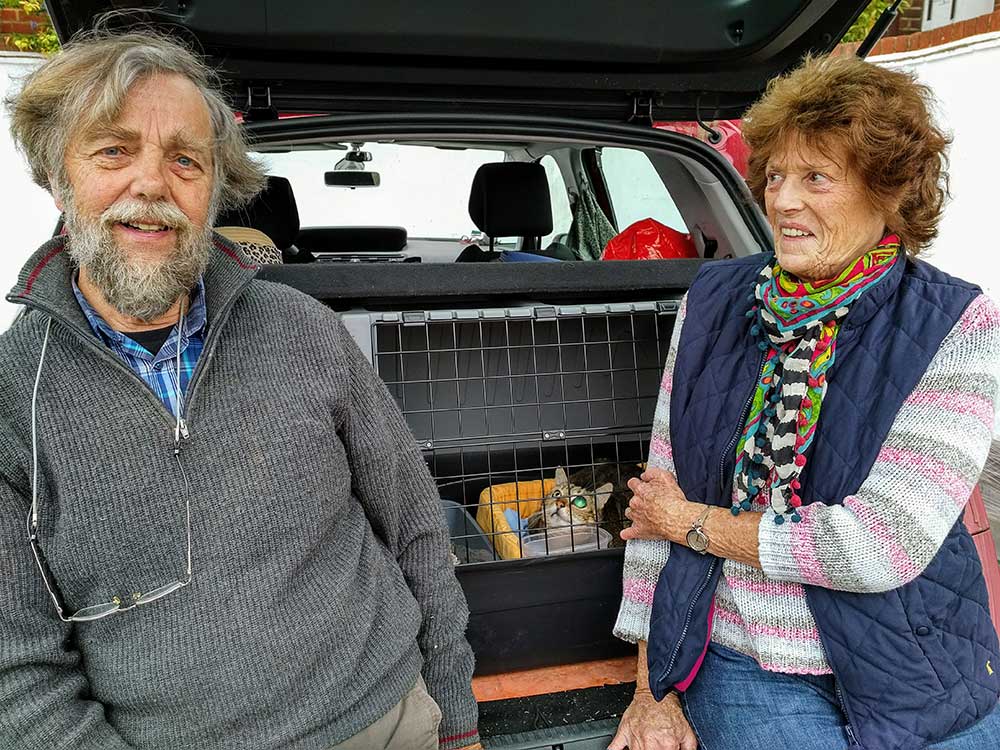 Stephen and Drusilla with Rubble, making sure she was settled in for the drive to Elgin 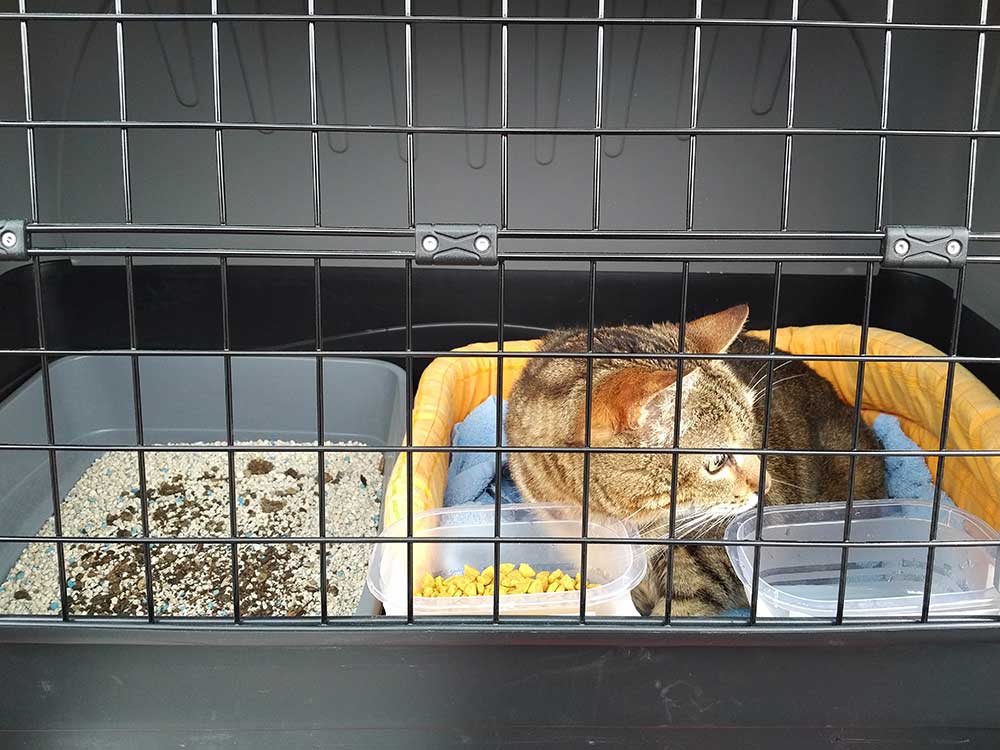 A closer look at Rubble, ready to set off for Scotland. She did look comfy!

Beautiful Tara travelled with us from Malaga to join her family in Scotland. 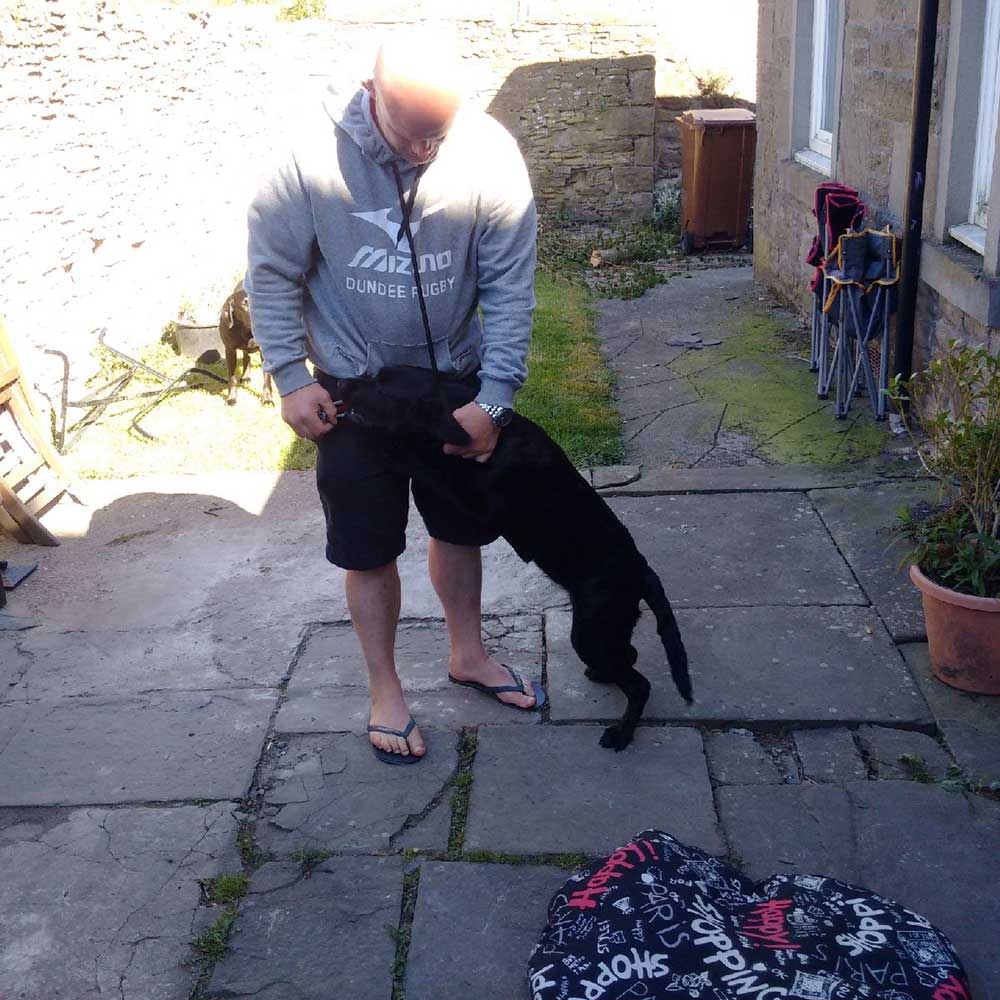 Much excitement as Tara is reunited with Timmy

Rocco, whose journey started in Morocco where Franciska rescued her from the streets, was reunited with Franziska at our Sussex base.

Adorable Rocco after a walk in the woods. She has a lovely life ahead of her in the West Country with caring Franciska.