Animalcouriers set off from the UK with a fine collection of pets travelling to France, Portugal and Spain.

Border Terrier Sid originally travelled with us from Spain to England, to rejoin owner Tracey. Now Tracey’s circumstances have changed and Sid is moving to Normandy to live with Stephen. Stephen is very pleased to receive Sid — his last dog was a Jack Russell, so he’s very used to terriers. 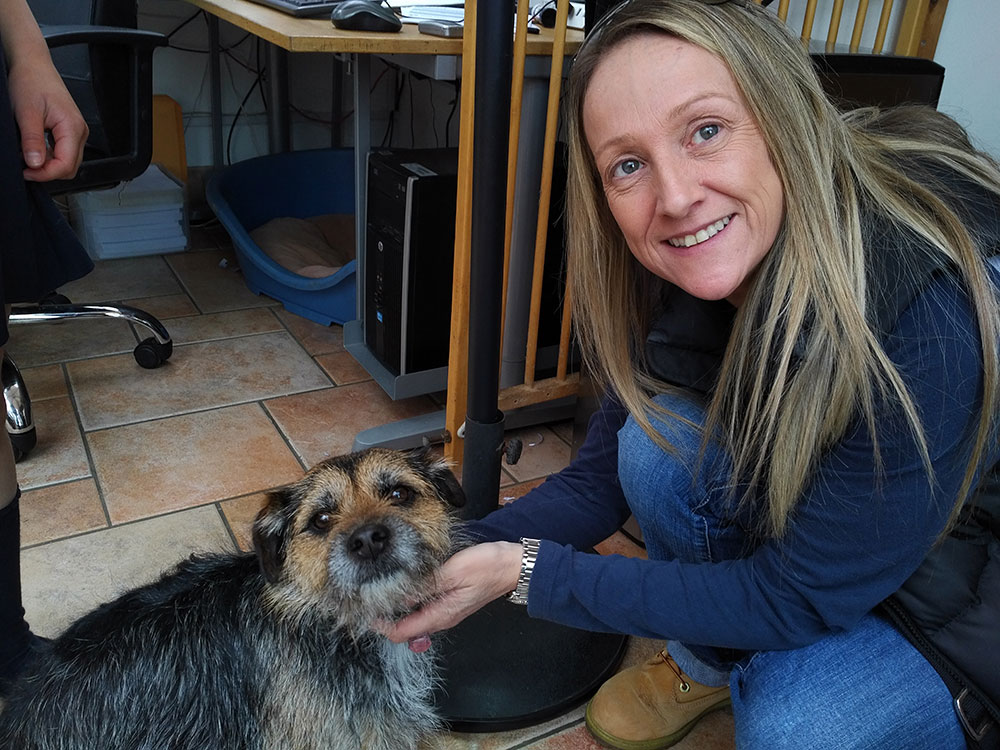 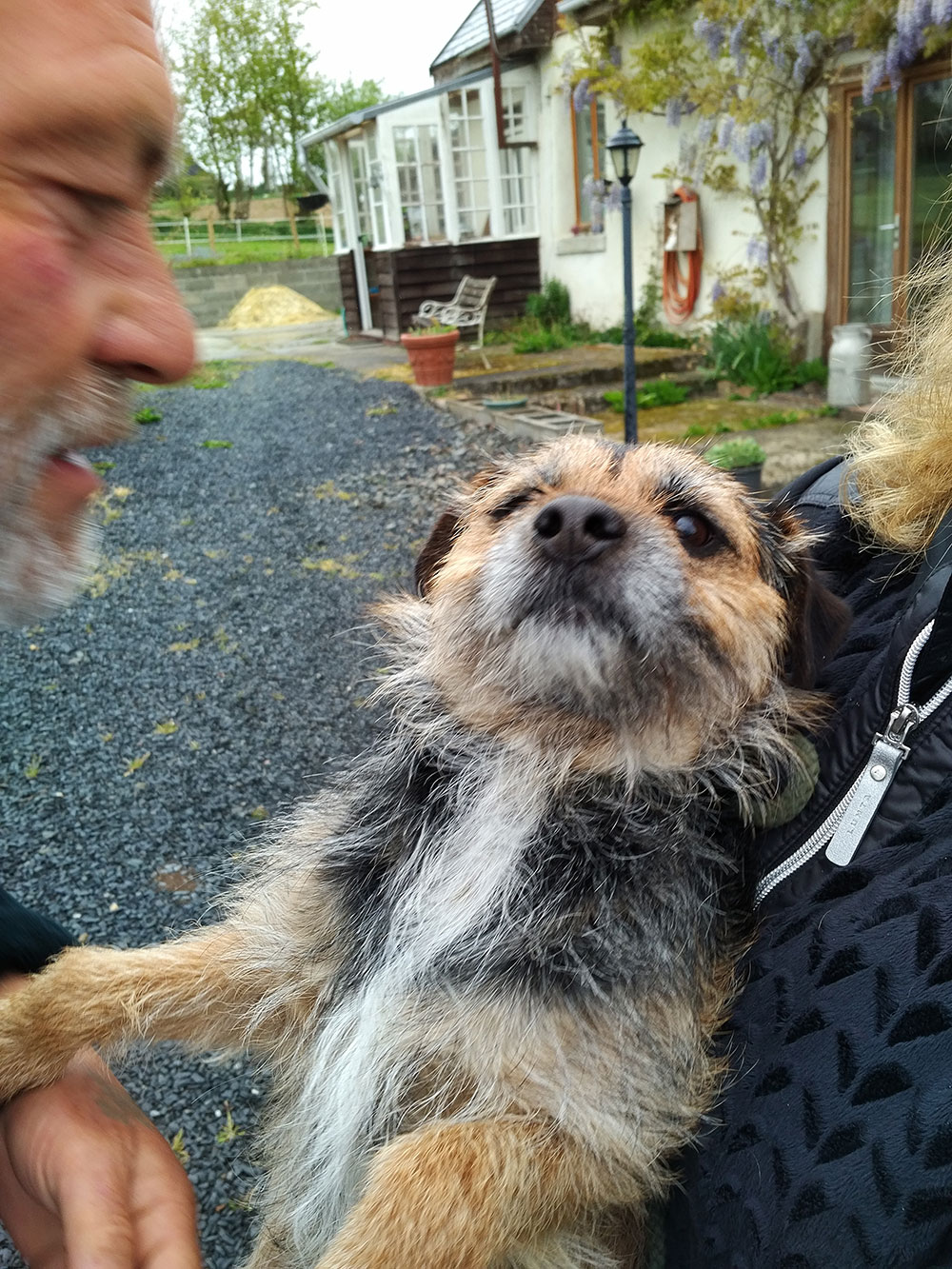 A warm welcome for Sid from Stephen. Breakfast was waiting for Sid when we went into the house. 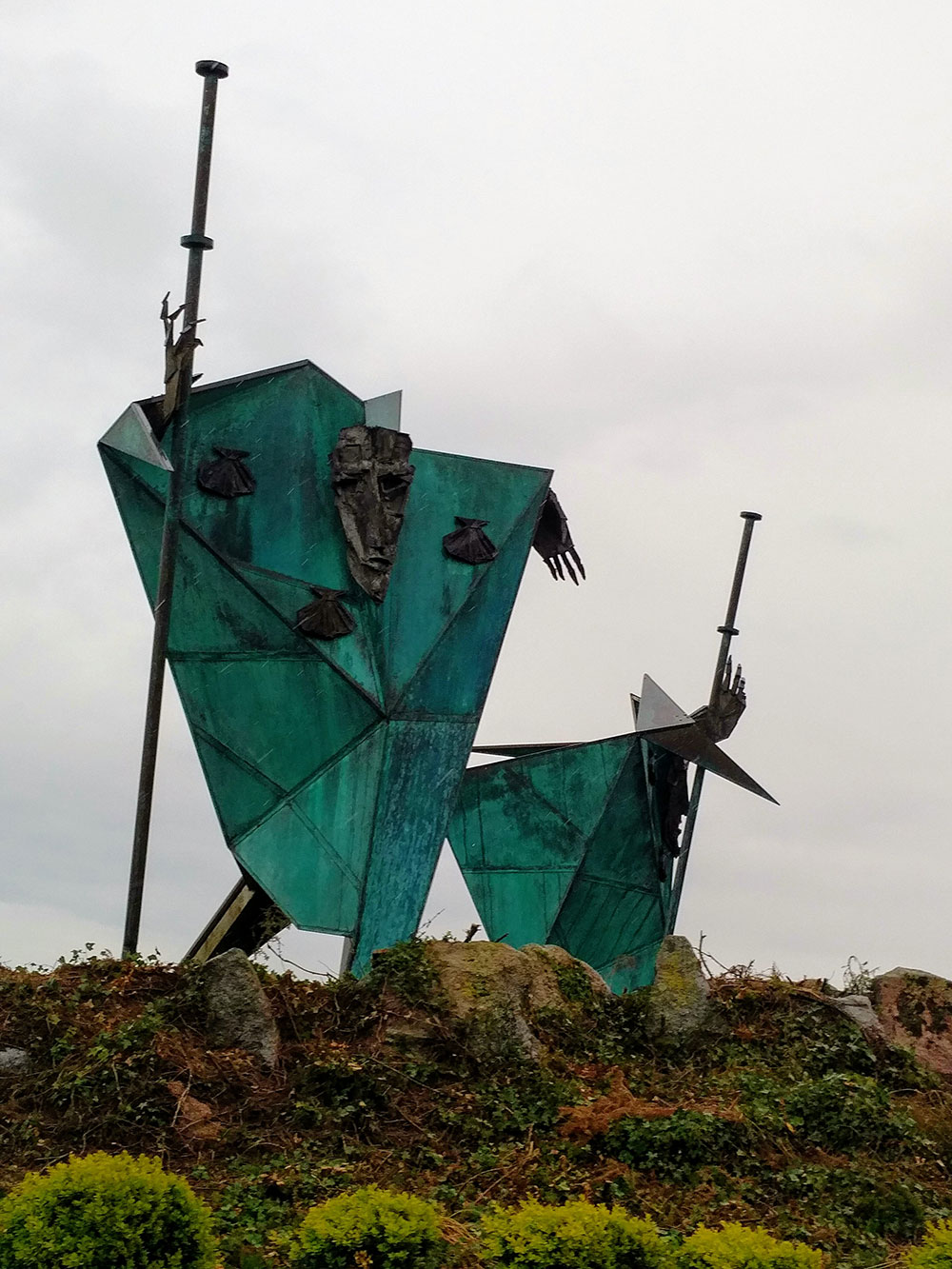 The route we’re taking southwards closely mirrors the pilgrims’ route to Santiago to Compostela. Perhaps this pair, spotted in Mont Saint Michel, got lost a few years back?

Jim, who belongs to Faith, is one of our most frequent travellers. This handsome tuxedo boy happily splits his time between urban London and rural south-west France — which is where he’ll be spending the next few months. 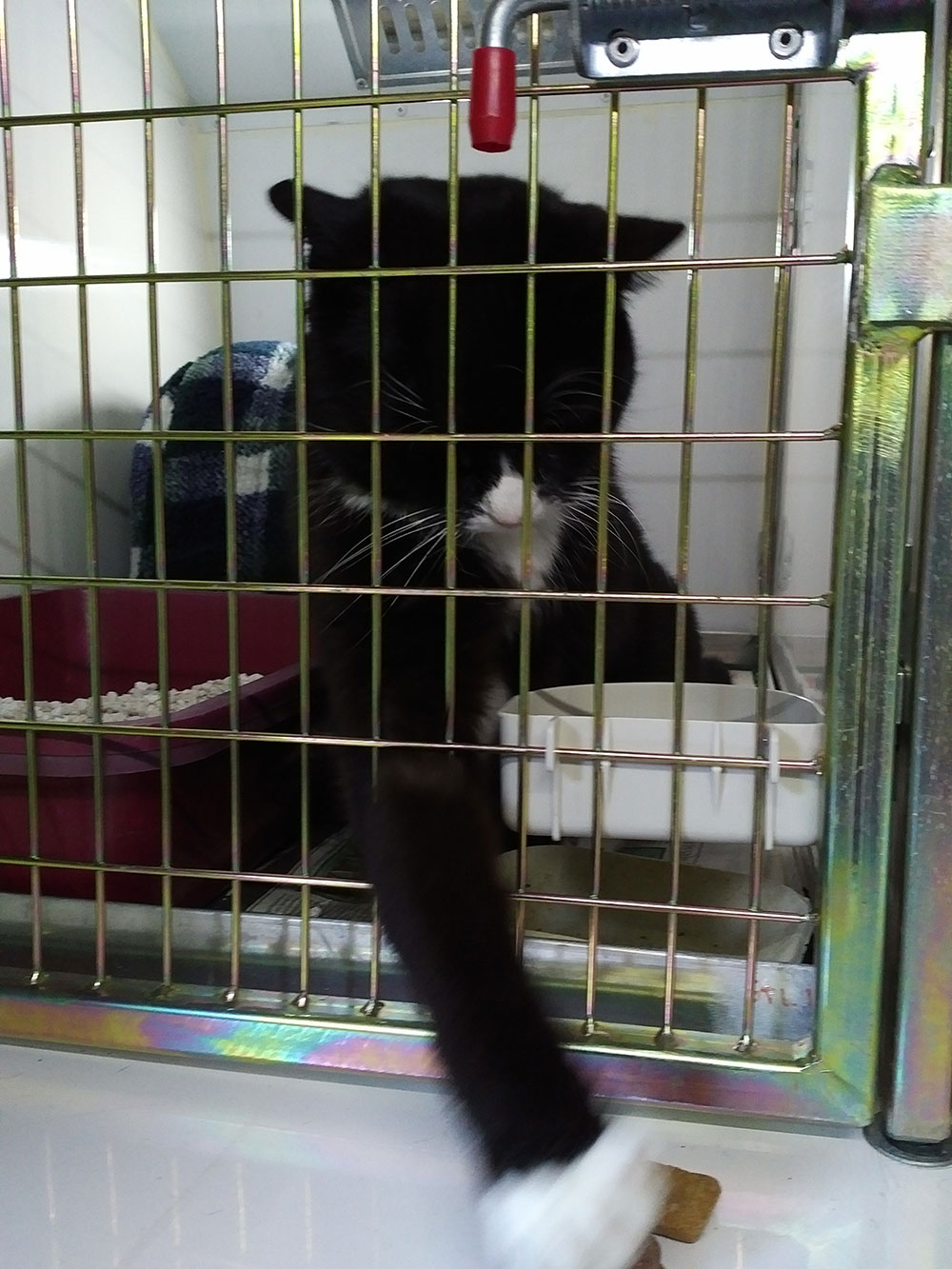 Clever Jim knows all about the routines on our trips — here he is helping himself to a few biscuits we’d laid out ready for dogs coming back from their walks!

These bouncy brother and sister Sharpeis are travelling from London to Porto to rejoin owner Barbara. When we delivered them to Barbara at her parents’ home, they were overjoyed to see her. 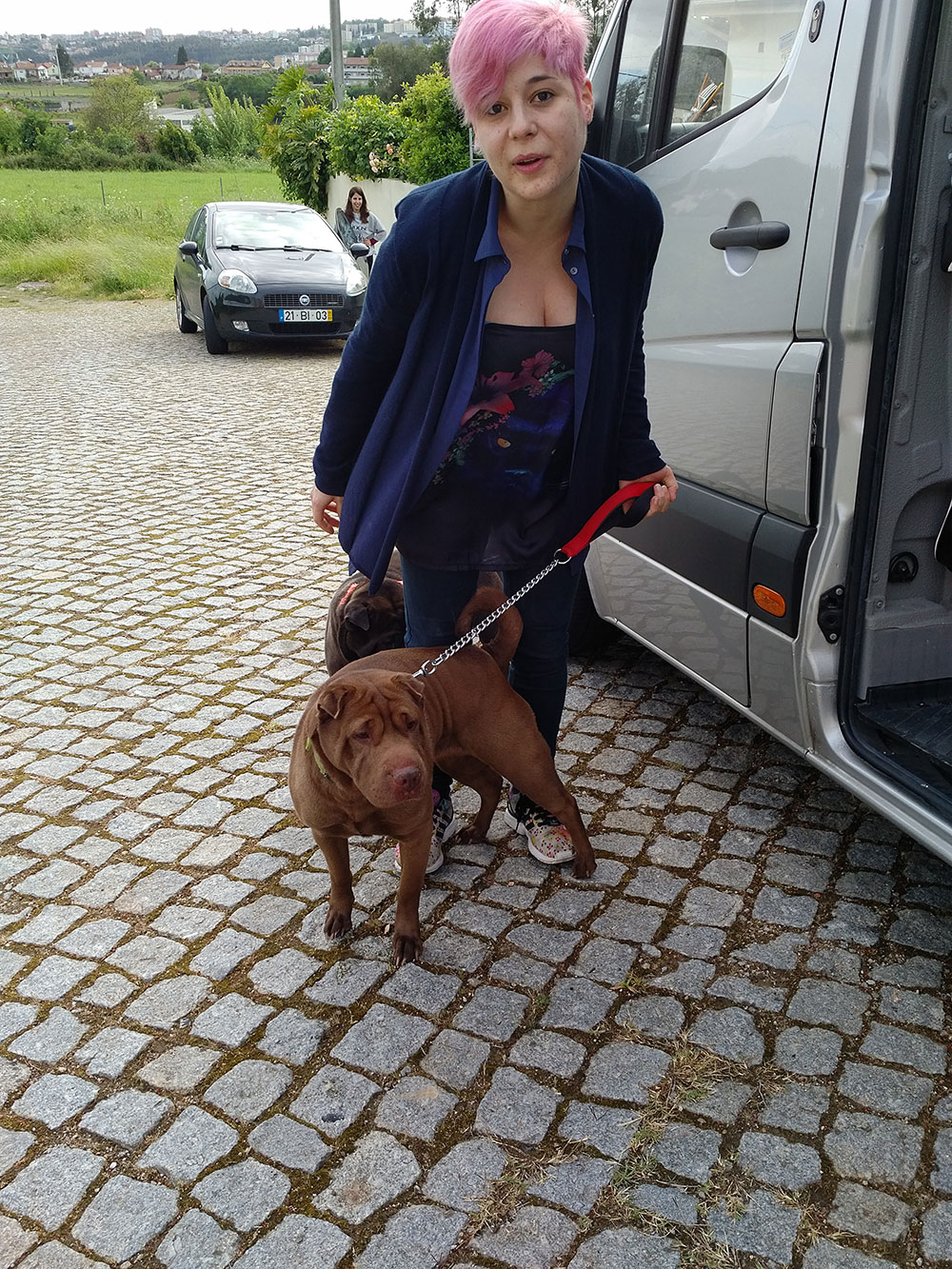 Cancun and Duff with Barbara 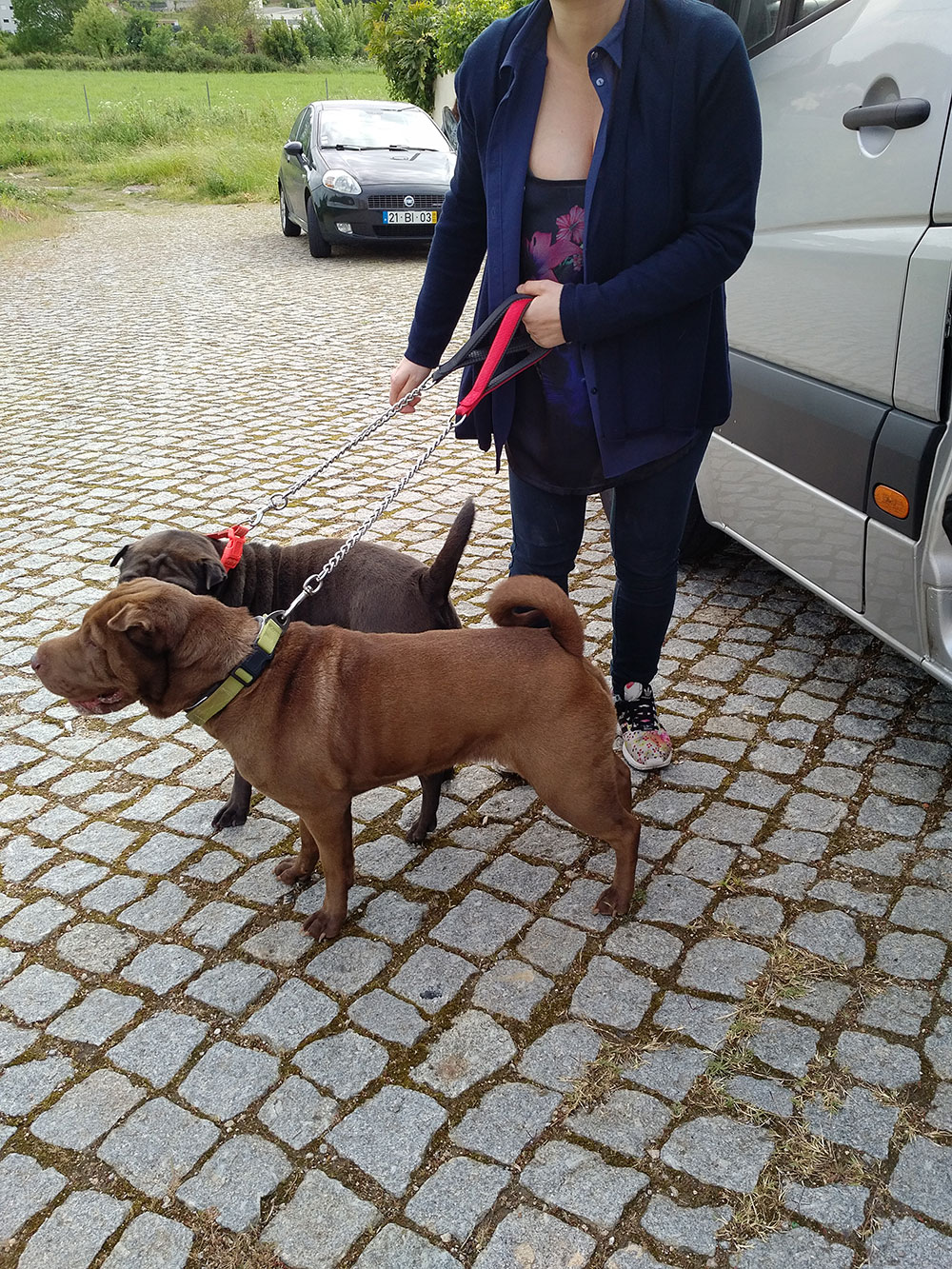 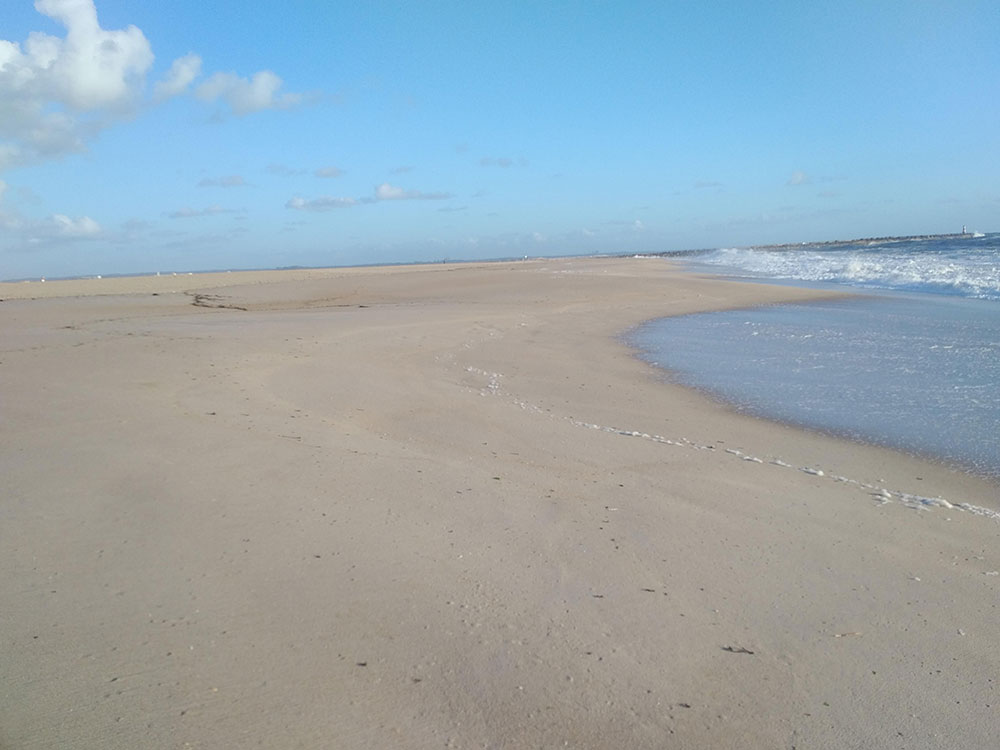 We stayed the night at Figuera da Foz, where we had the enormous beach all to ourselves 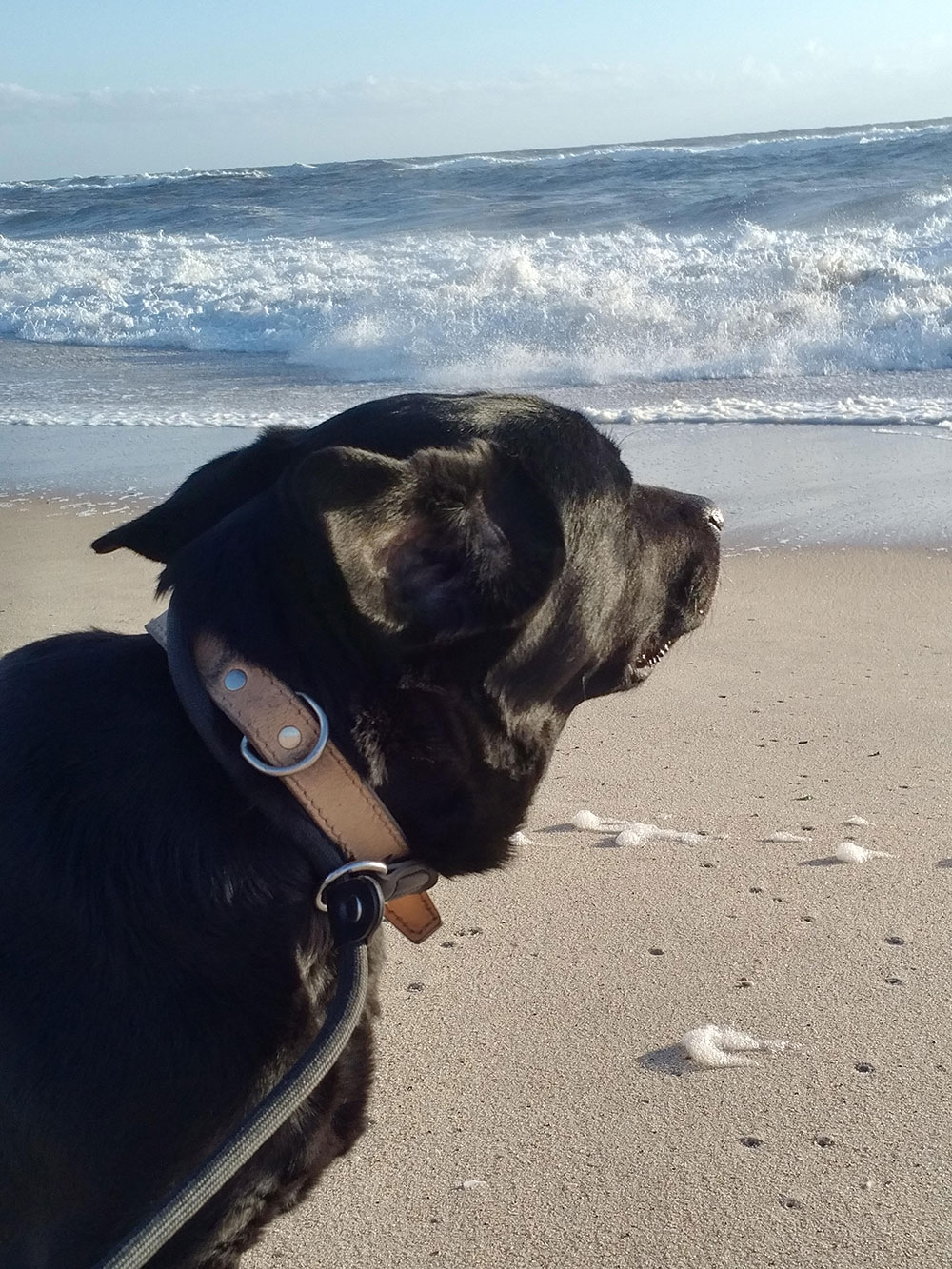 Weighing in at 11kg, Simba is one of the largest Norwegian Forest cats we’ve transported. He’s going back to Lisbon to rejoin owner Maria. 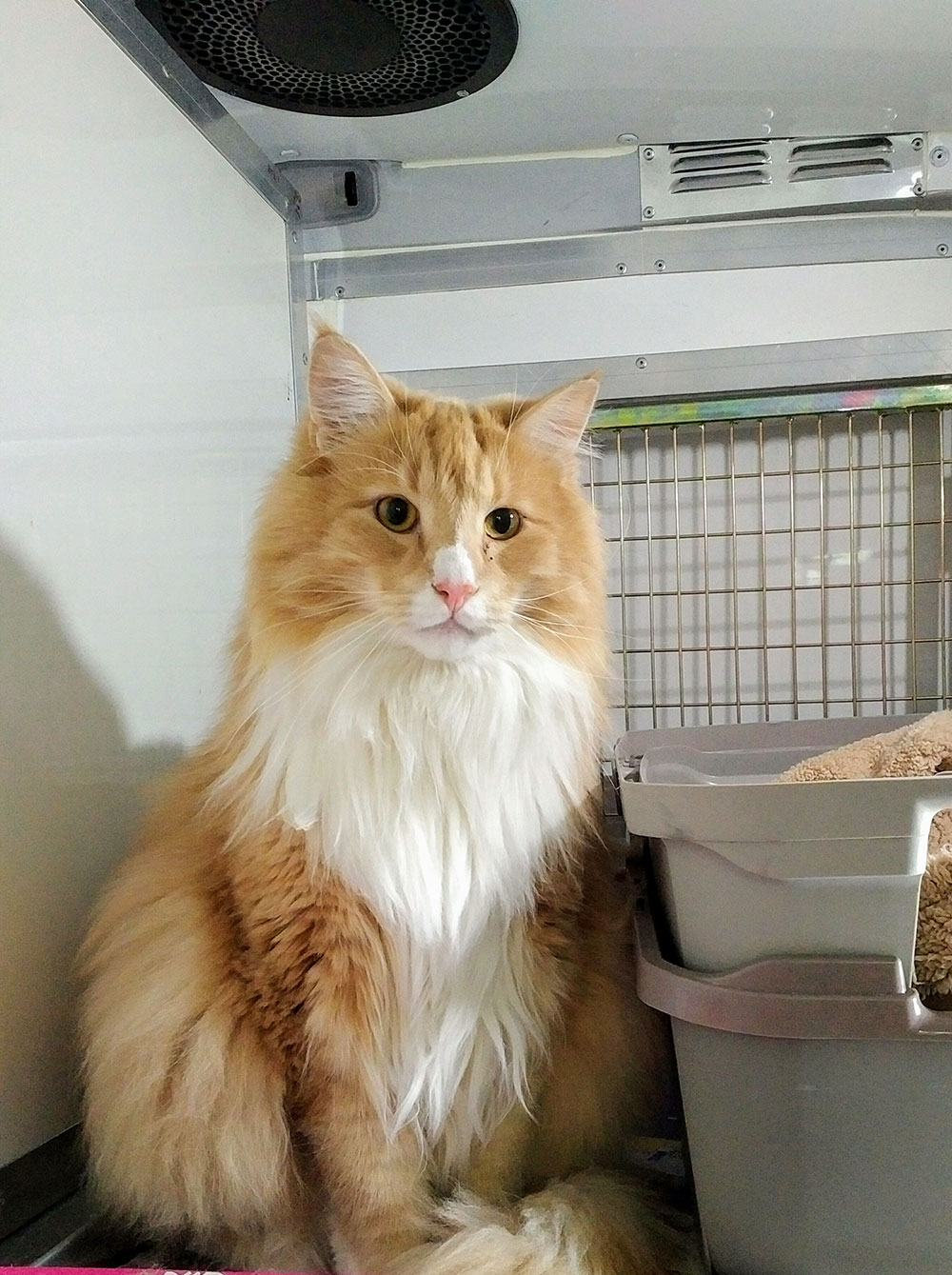 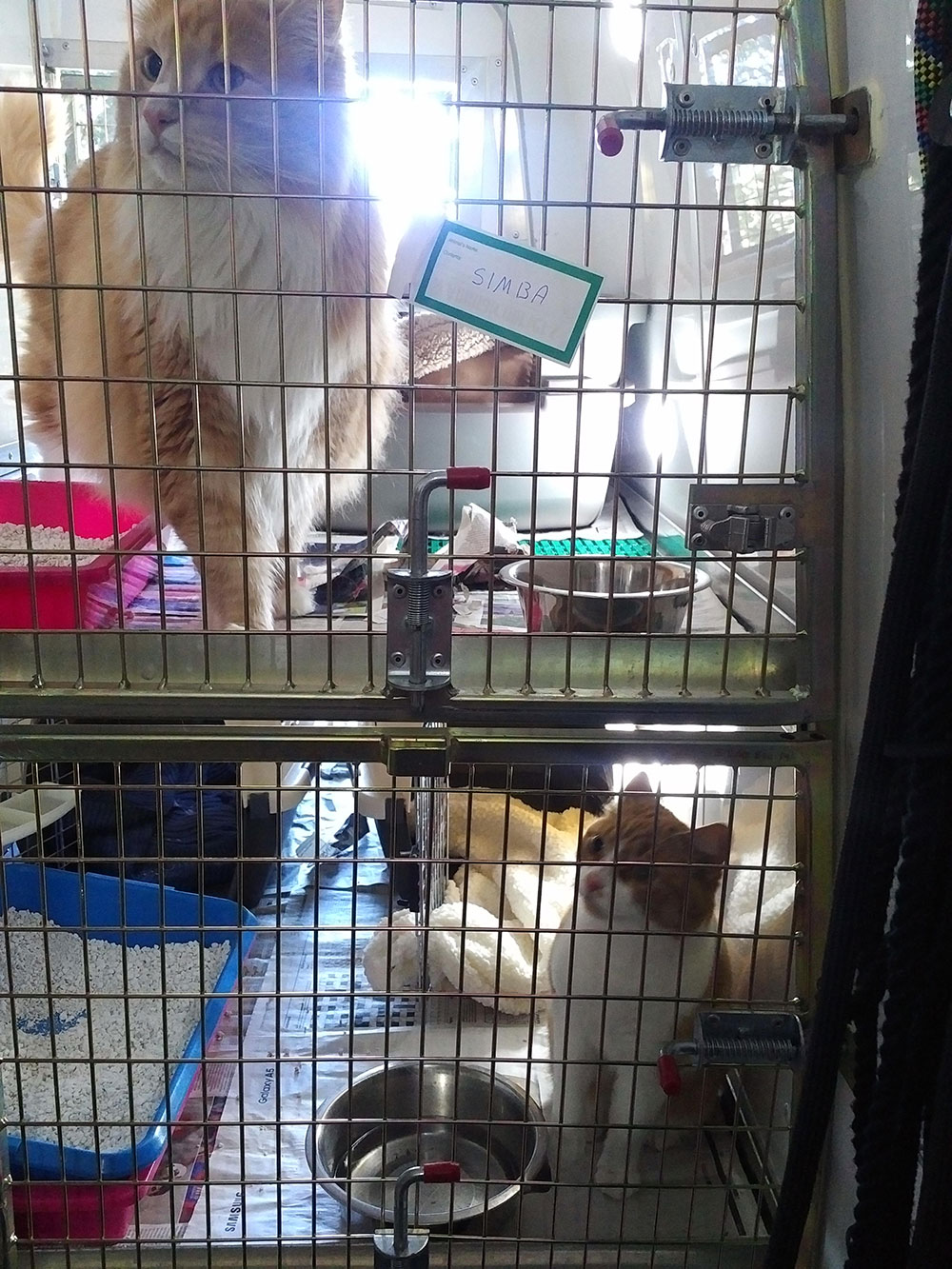 Ginger in the bedroom below is a fully grown cat, but compared to Simba he looks like a kitten! 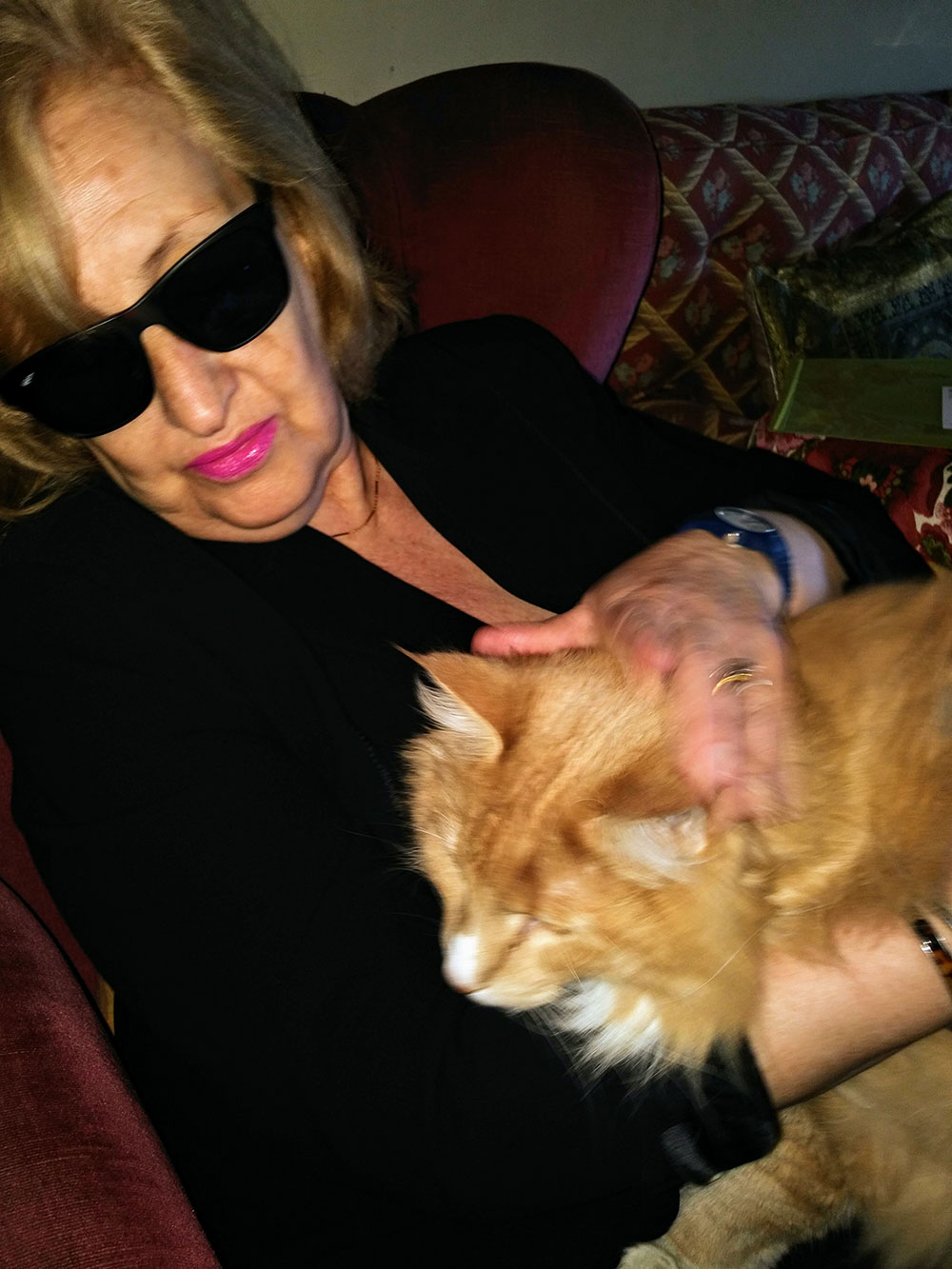 When we delivered Simba, his grandma was worried he might be too heavy to cuddle. “He’s so big!” she exclaimed, as the last time she’d seen him, he was just a kitten. Looks like that cuddle happened anyway! 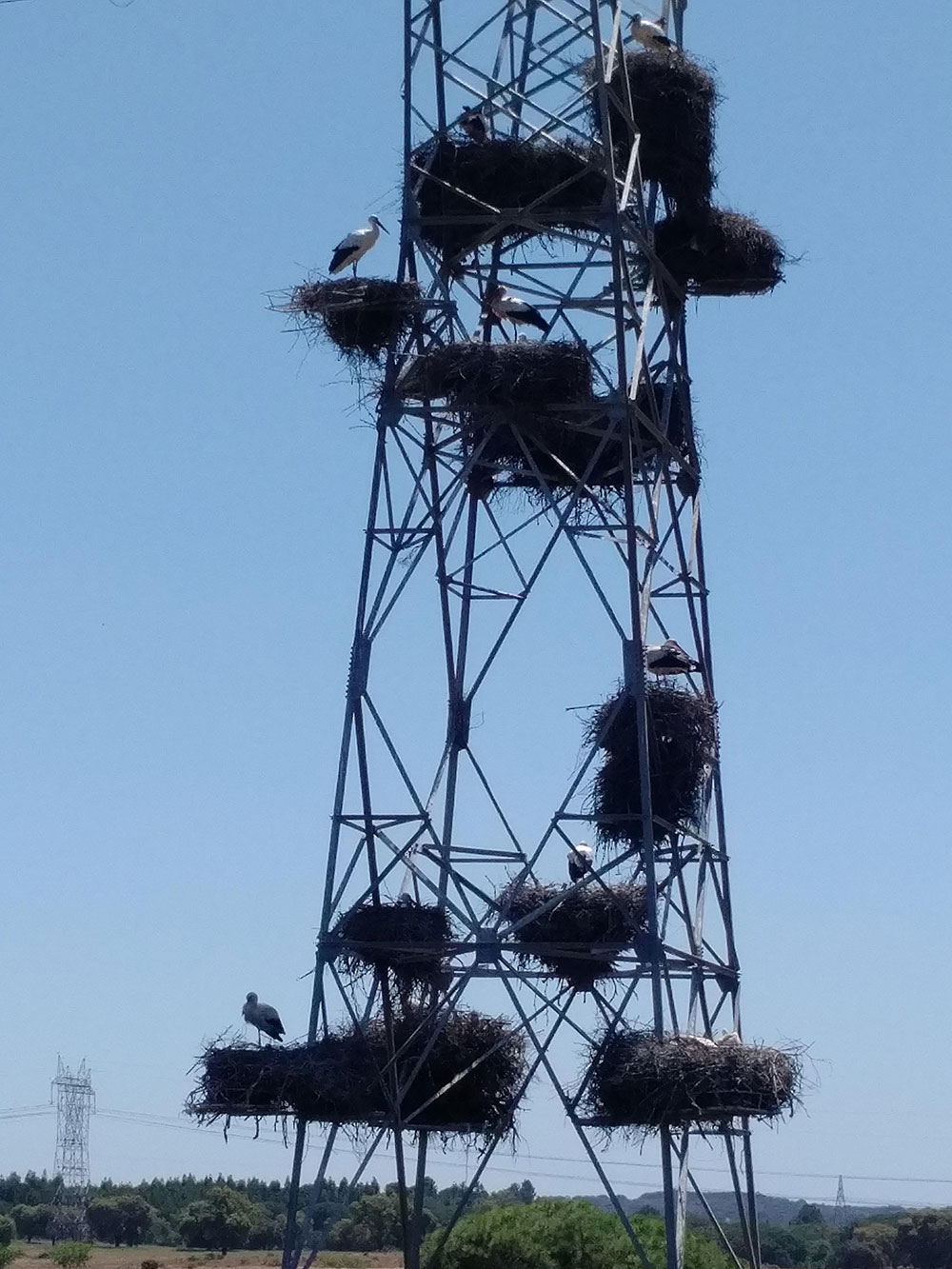 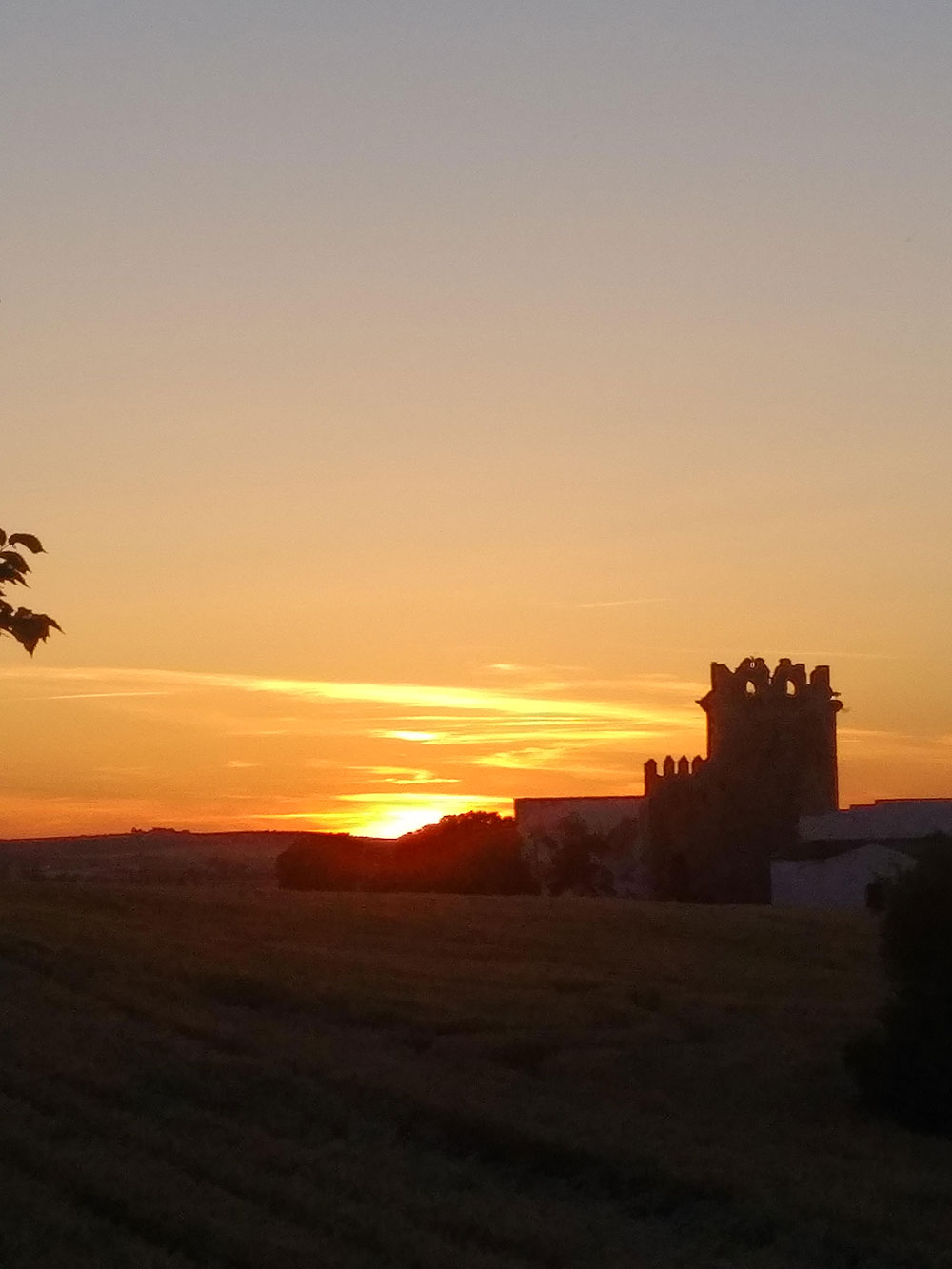 This laid-back pair of cats are travelling all the way from county Durham to the Algarve. The Algarve is in fact their home area — it’s where Julie adopted them seven years ago. 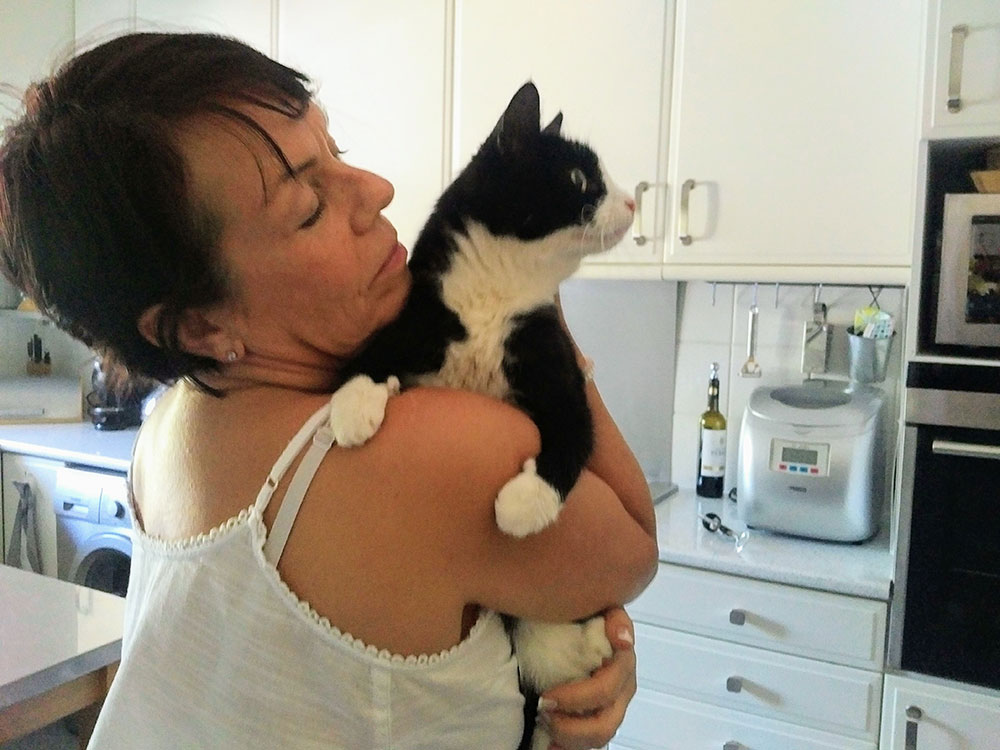 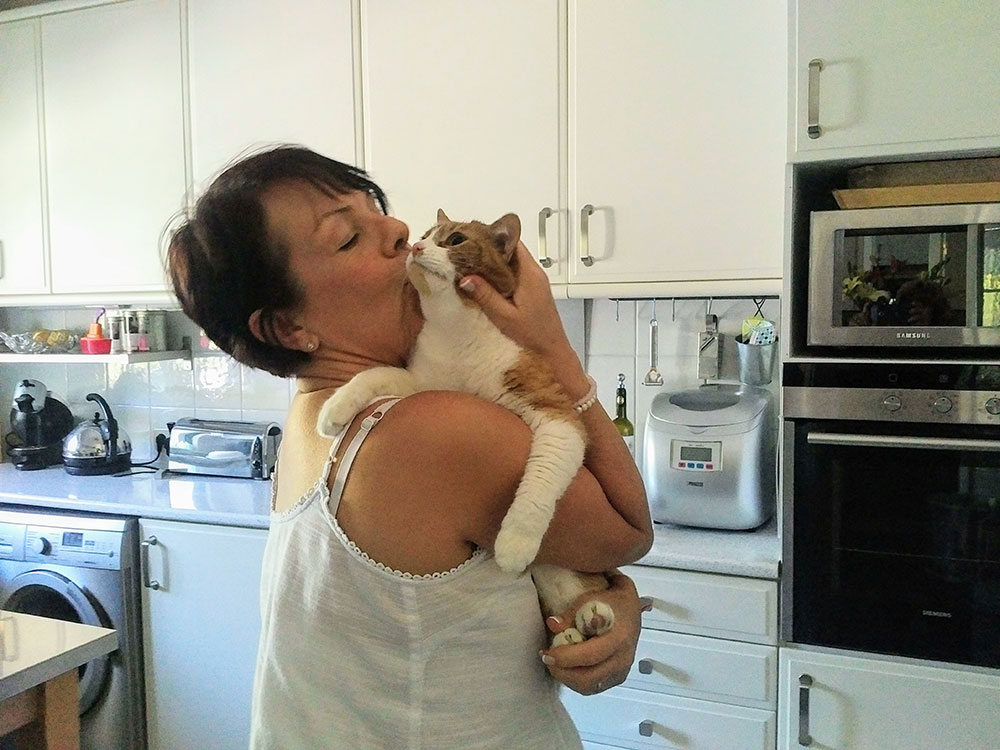 Ginger’s turn for a kiss and a cuddle 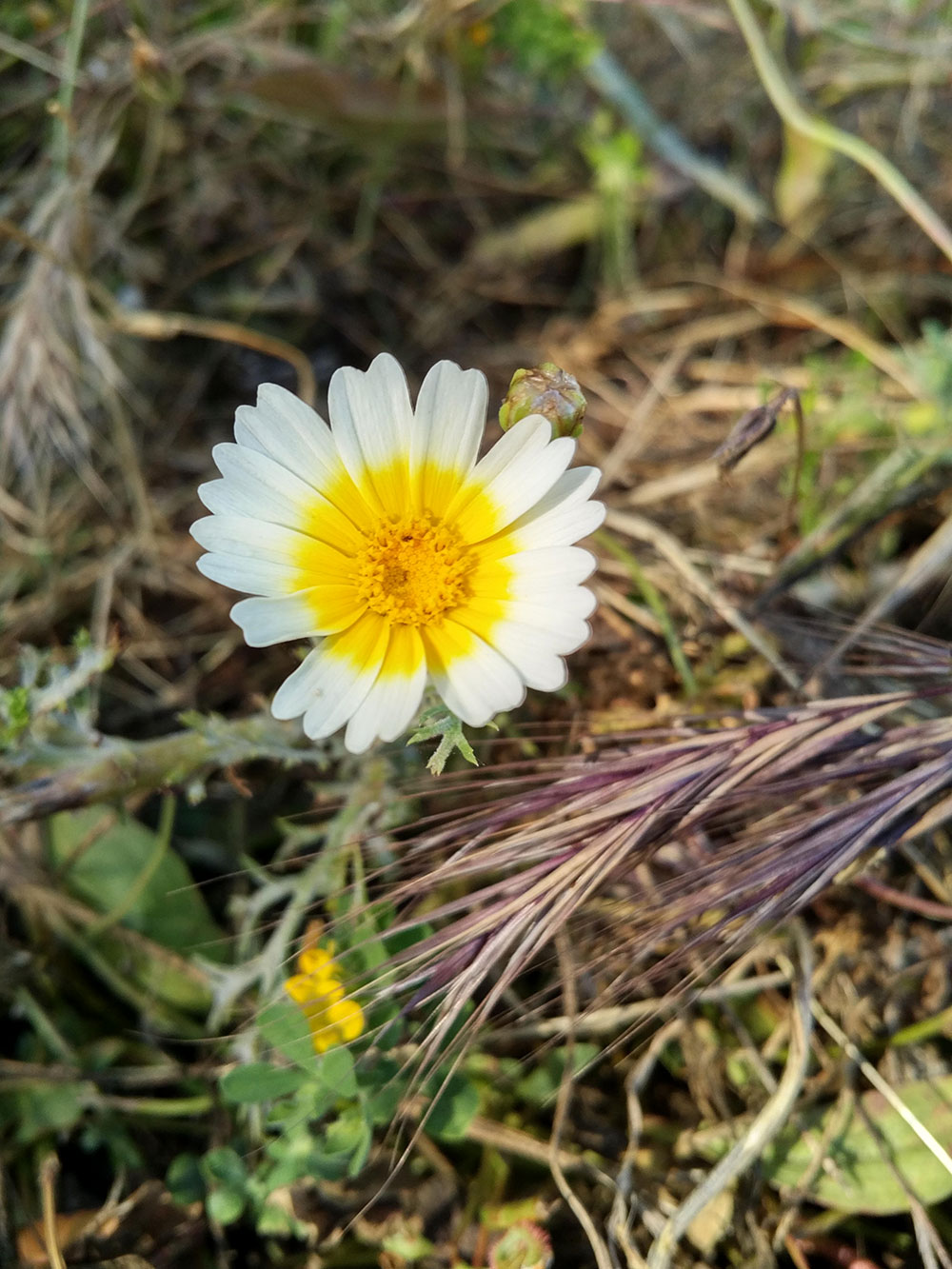 We spotted some beautiful flowers in the nearby woods 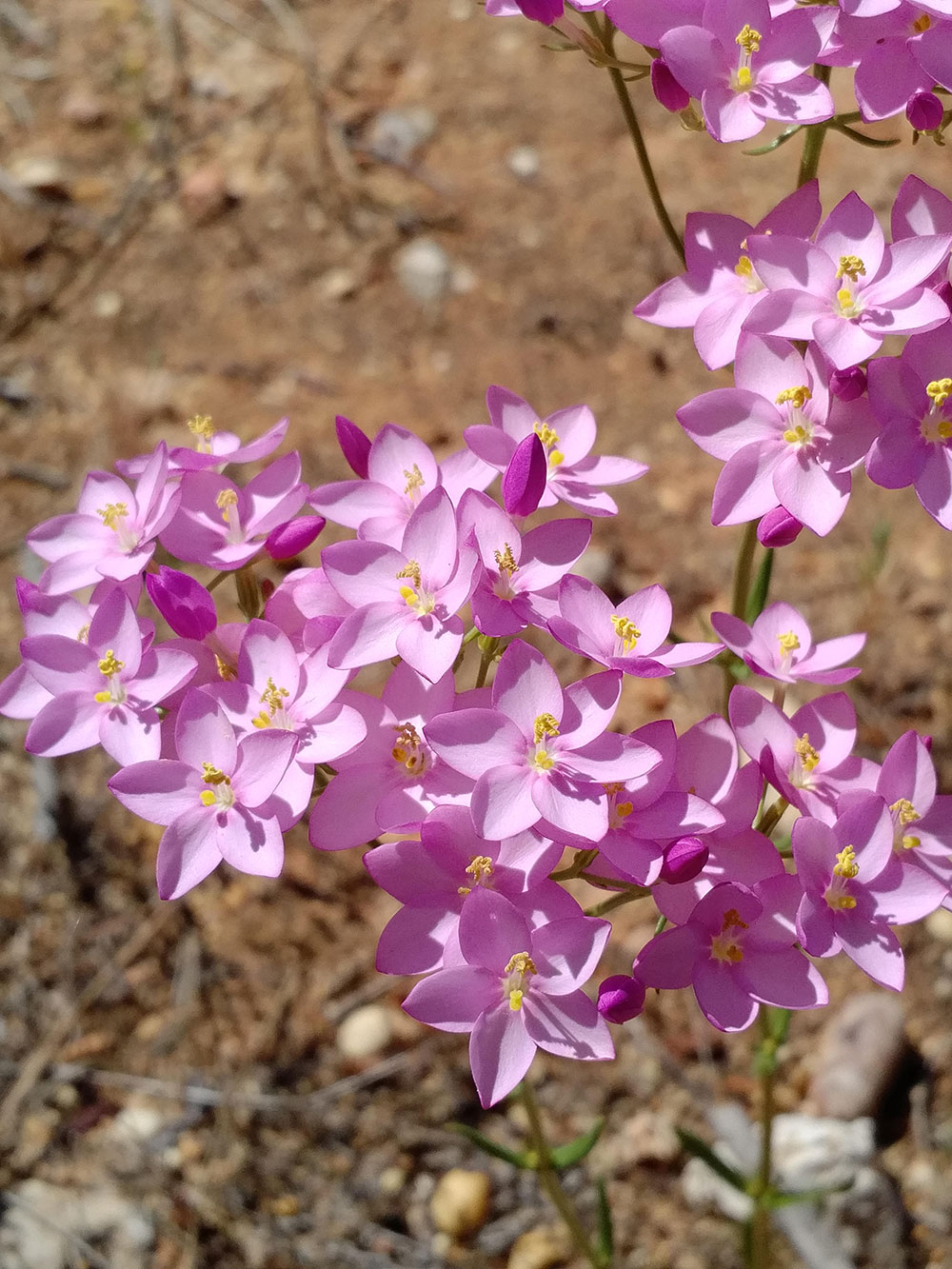 Pretty Persian cross Rosie is also travelling to the Algarve. She started her journey in East Sussex. Like Jim, Rosie is a fairly frequent Animalcouriers passenger, as she splits her time between the UK and Portugal. 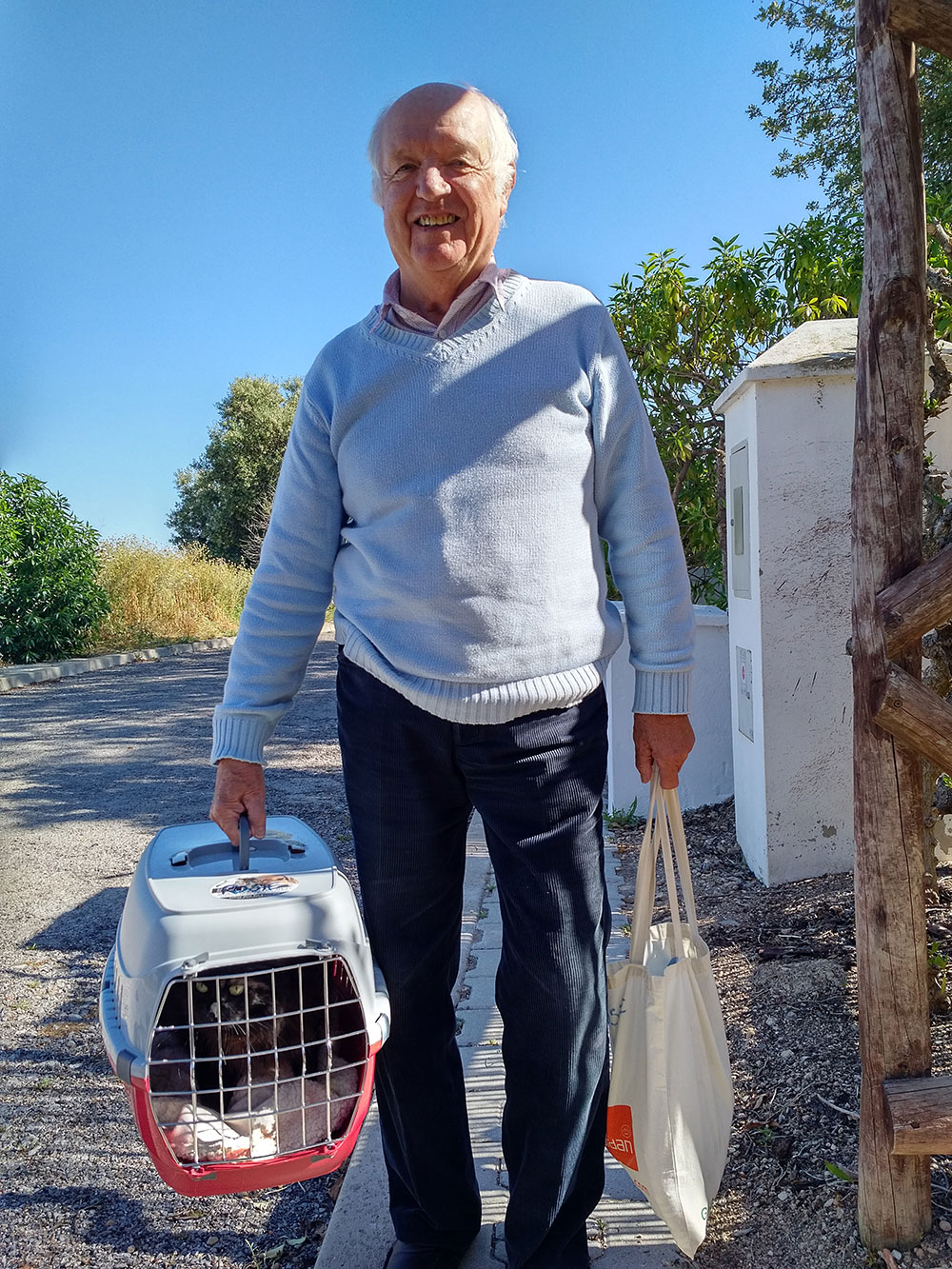 In Tavira we met up with Ray, who was very pleased to see Rosie

Courier Richard collected Black Labrador Nala in Cambridge from Viviane and her son Martin. Nala and her family are returning to Ronda in Spain after five years in the UK, as Viviane’s husband has a new job to go to. 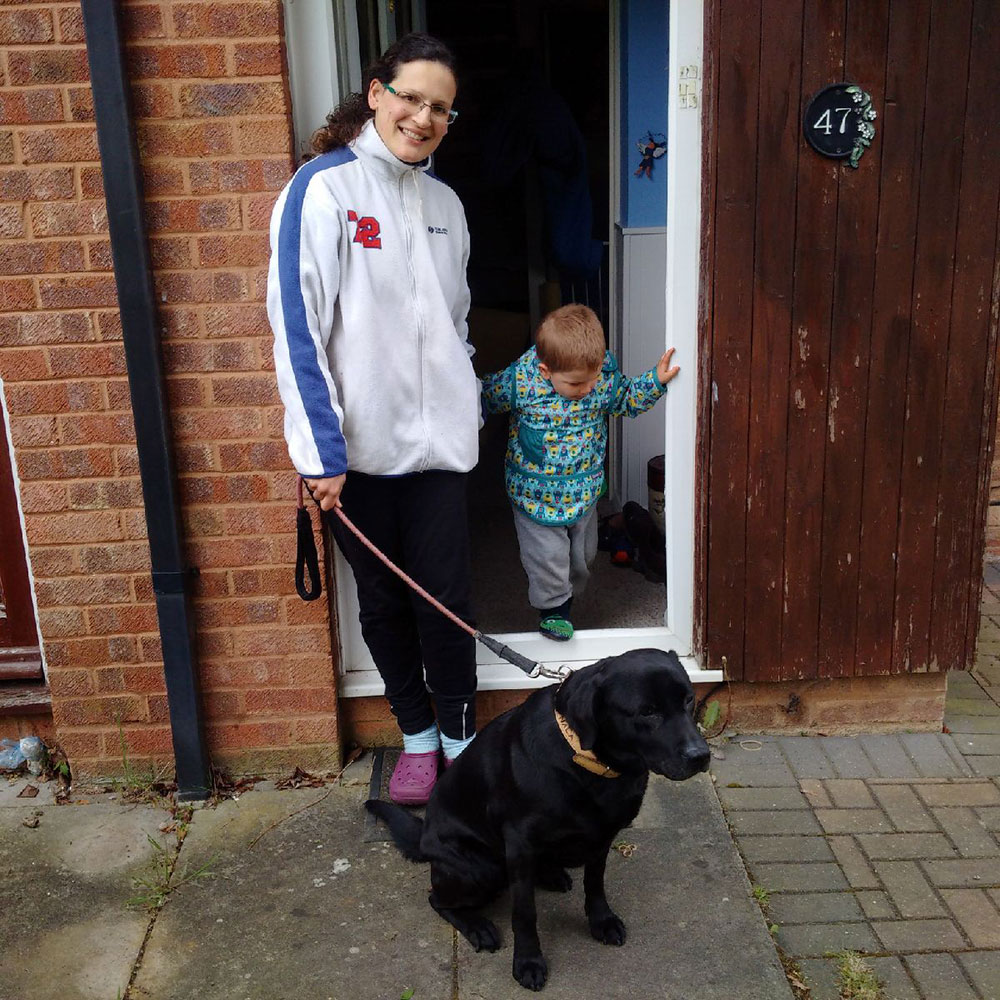 Viviane and Martin give Nala a proper send-off 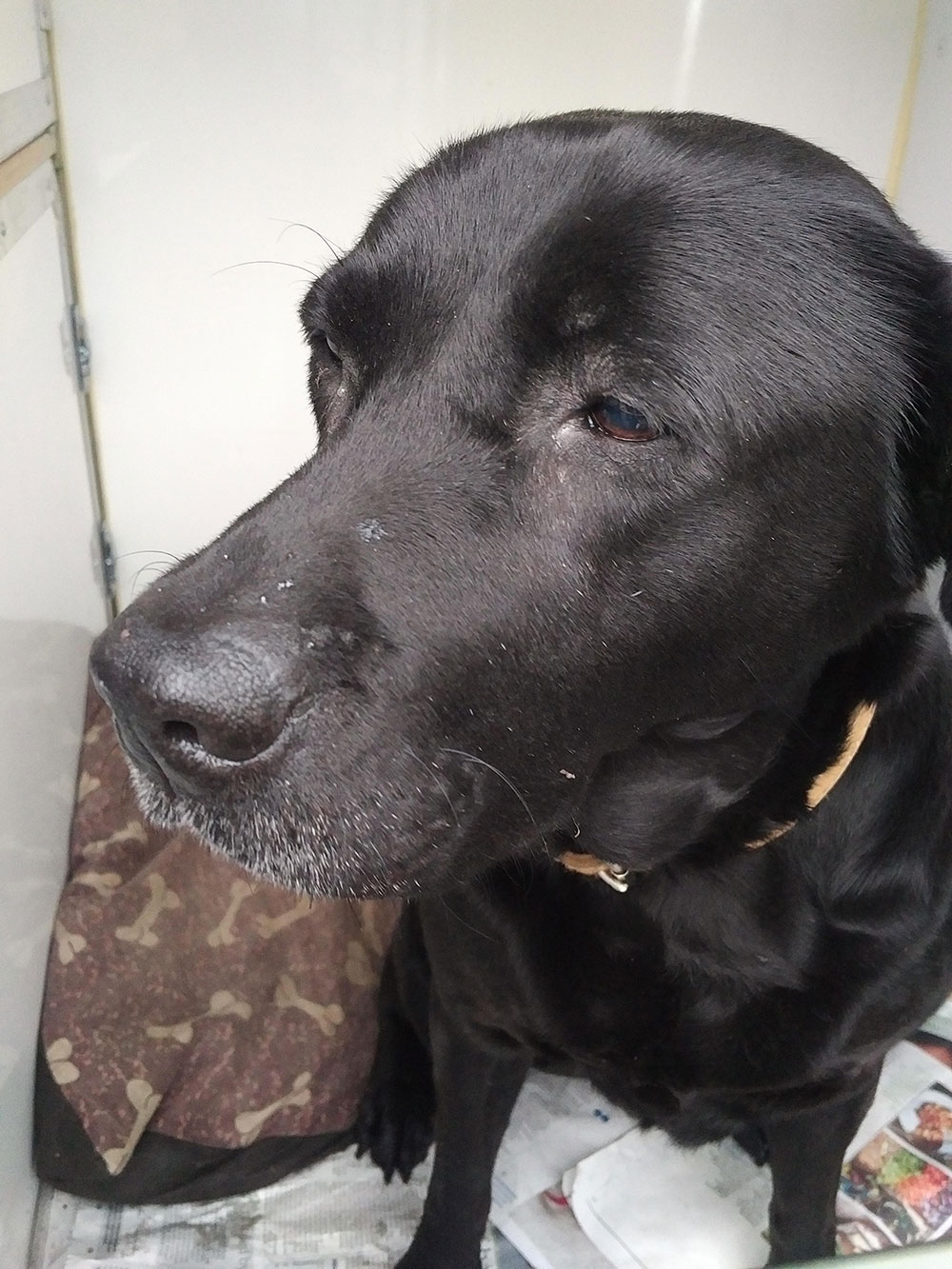 A closer look at beautiful Nala 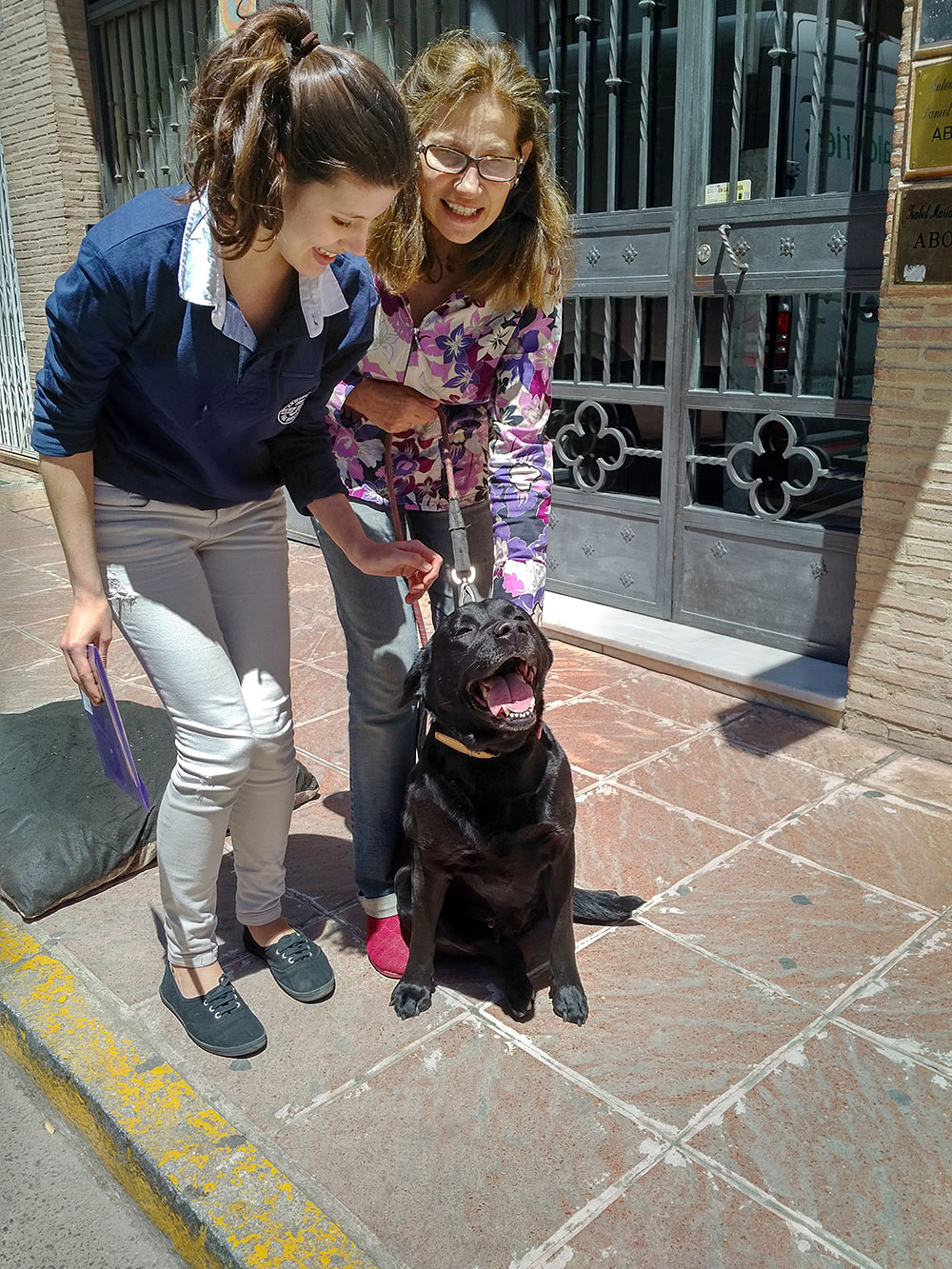 Nala was thrilled when she spotted Viviane in Ronda

Handsome tabby cat Spike is travelling with us from London to Fuengirola to rejoin owner Mark. 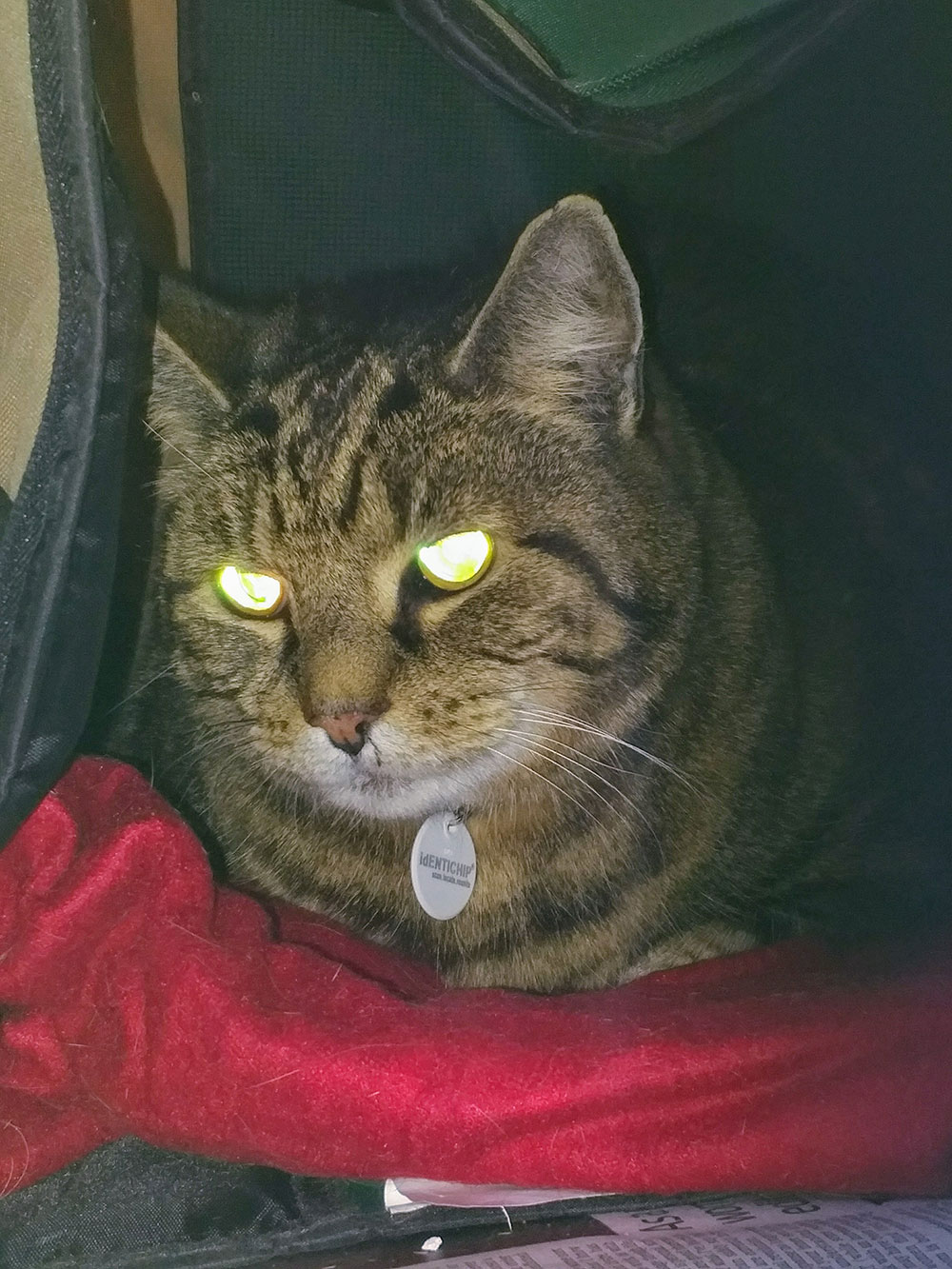 Spike taking travelling very much in his stride 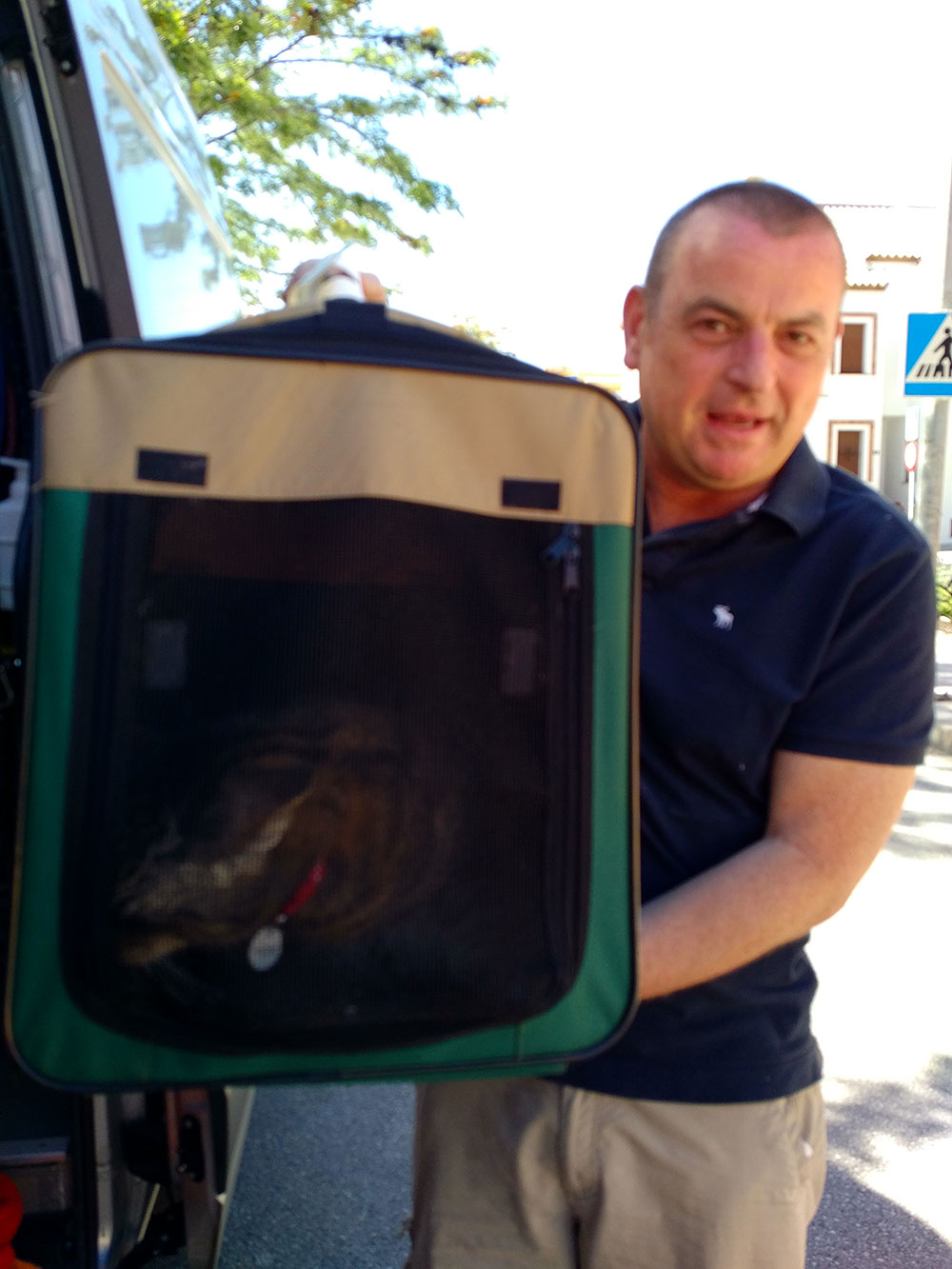 Mark delighted to have Spike back with him 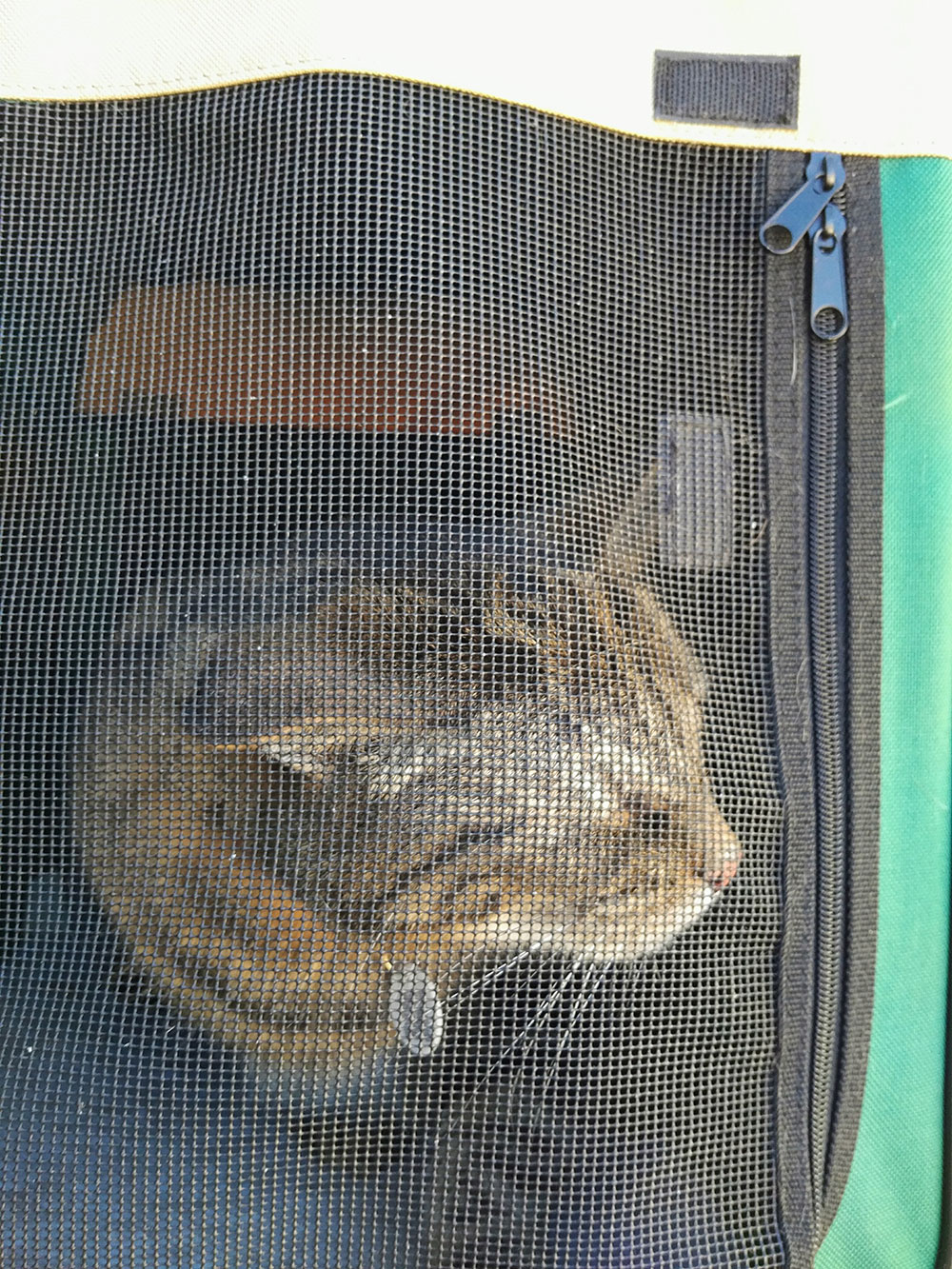 Cool cat Spike having a good look around

Courier Richard collected nine-month-old Cocker Spaniel Remy, who is very sweet and full of the joys of life. Remy is travelling with us to Spain to rejoin her family in Malaga. 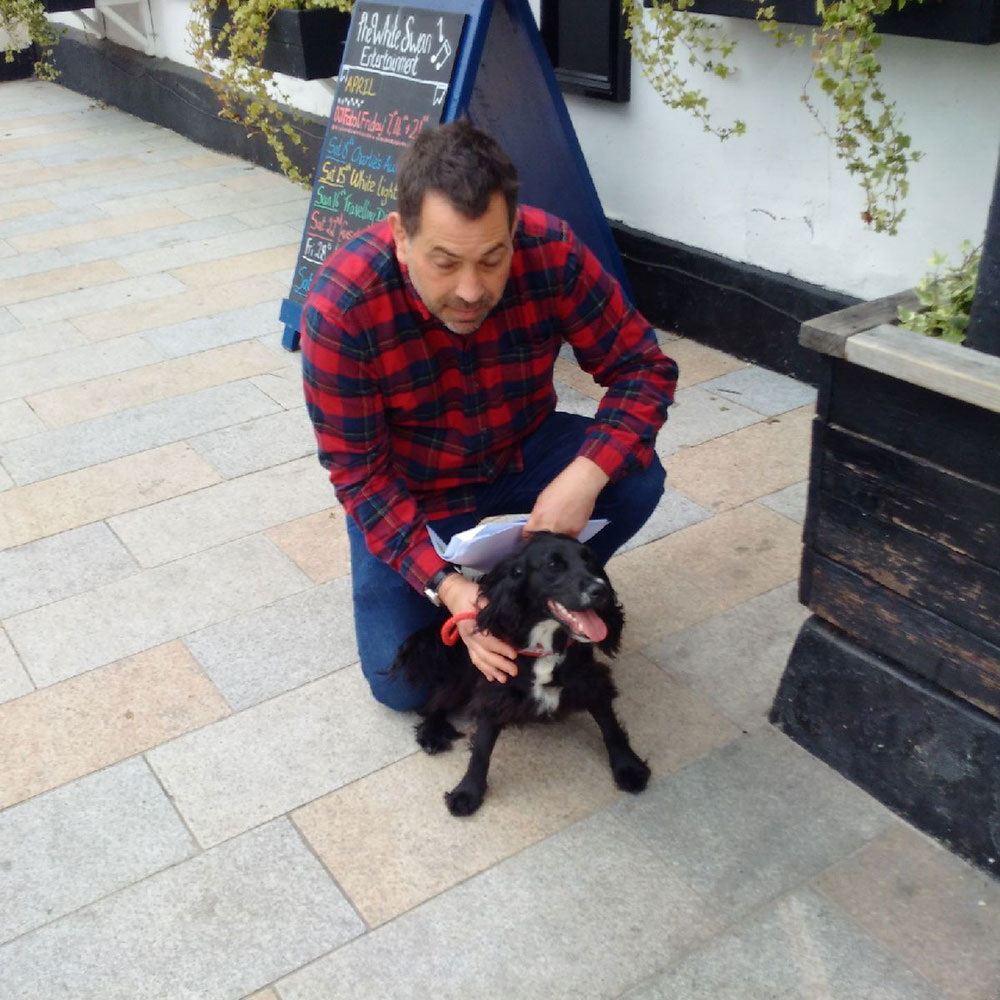 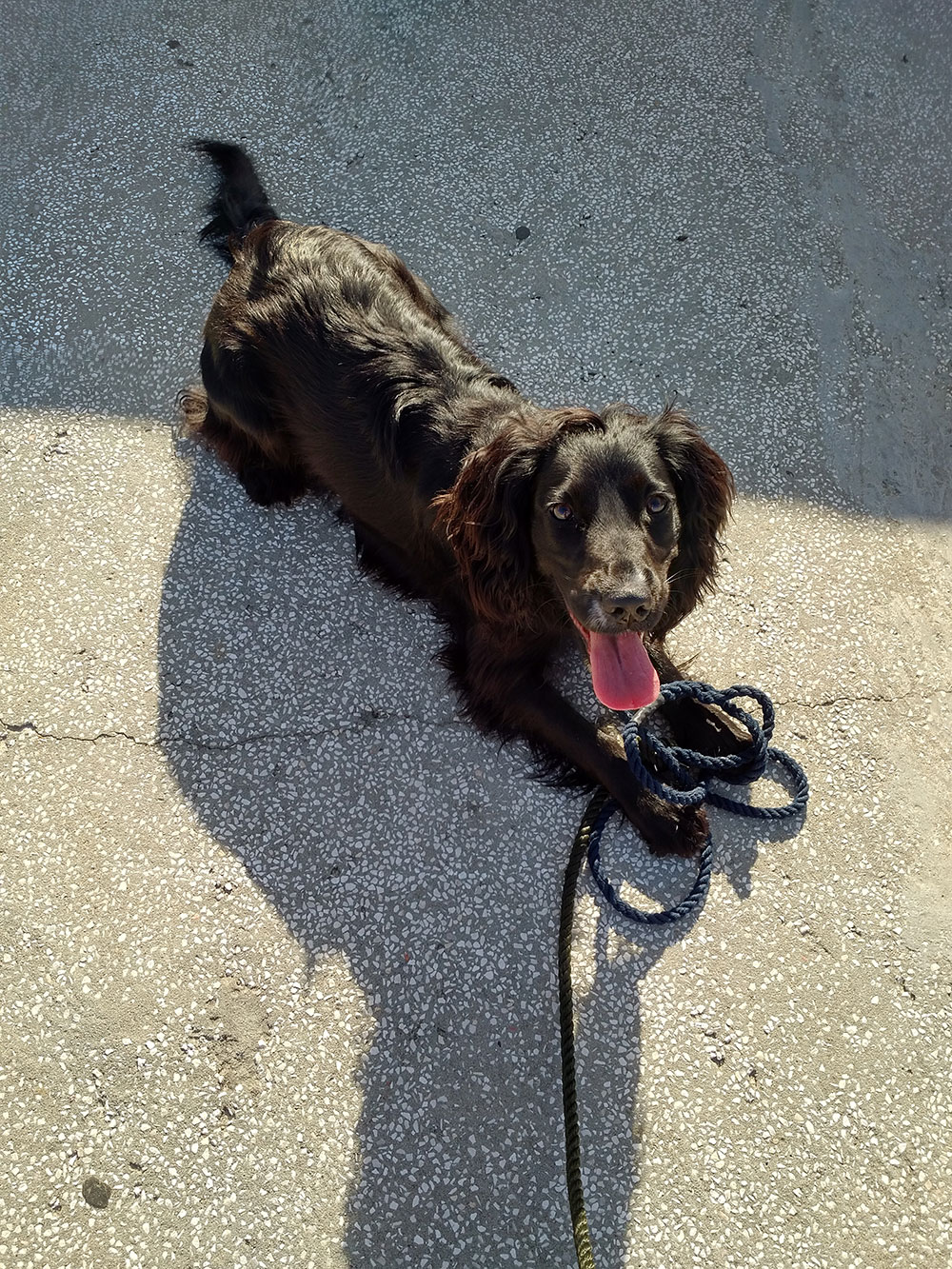 Remy playing on the beach 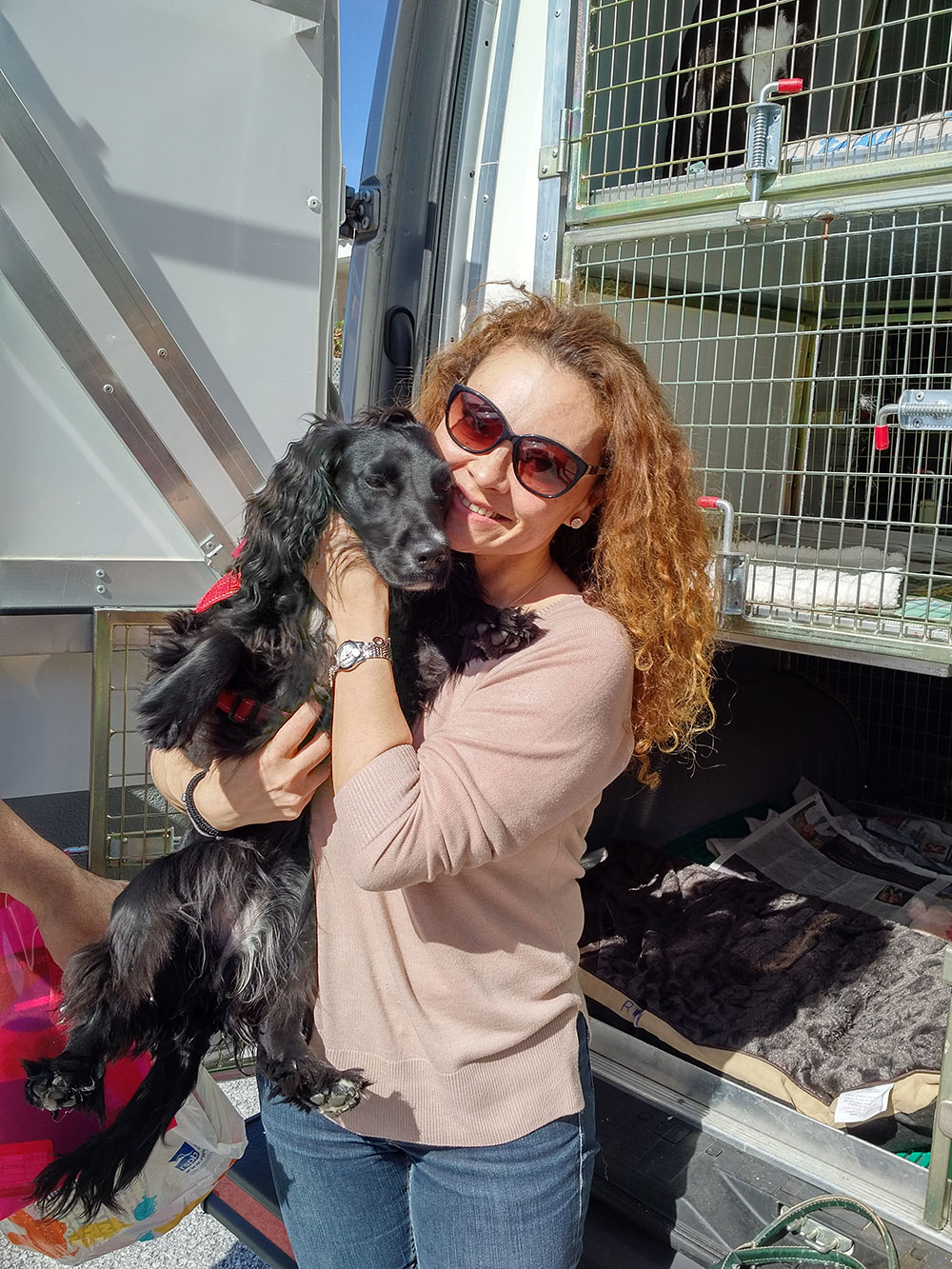 Marta was over the moon to have little Remy home