Canine airlift from Greece to Paris, then on to the UK by road

Couriers Mike & Matthew then accompanied the dogs on their flight to Athens to Paris, and took them into the UK by road.

This gorgeous pair of pups were discovered abandoned near a refugee camp in the Ioannina area of northern Greece. They were looked after by Matilda and Veronica, who were volunteering at the camp; and now Alec in East Sussex has adopted them. 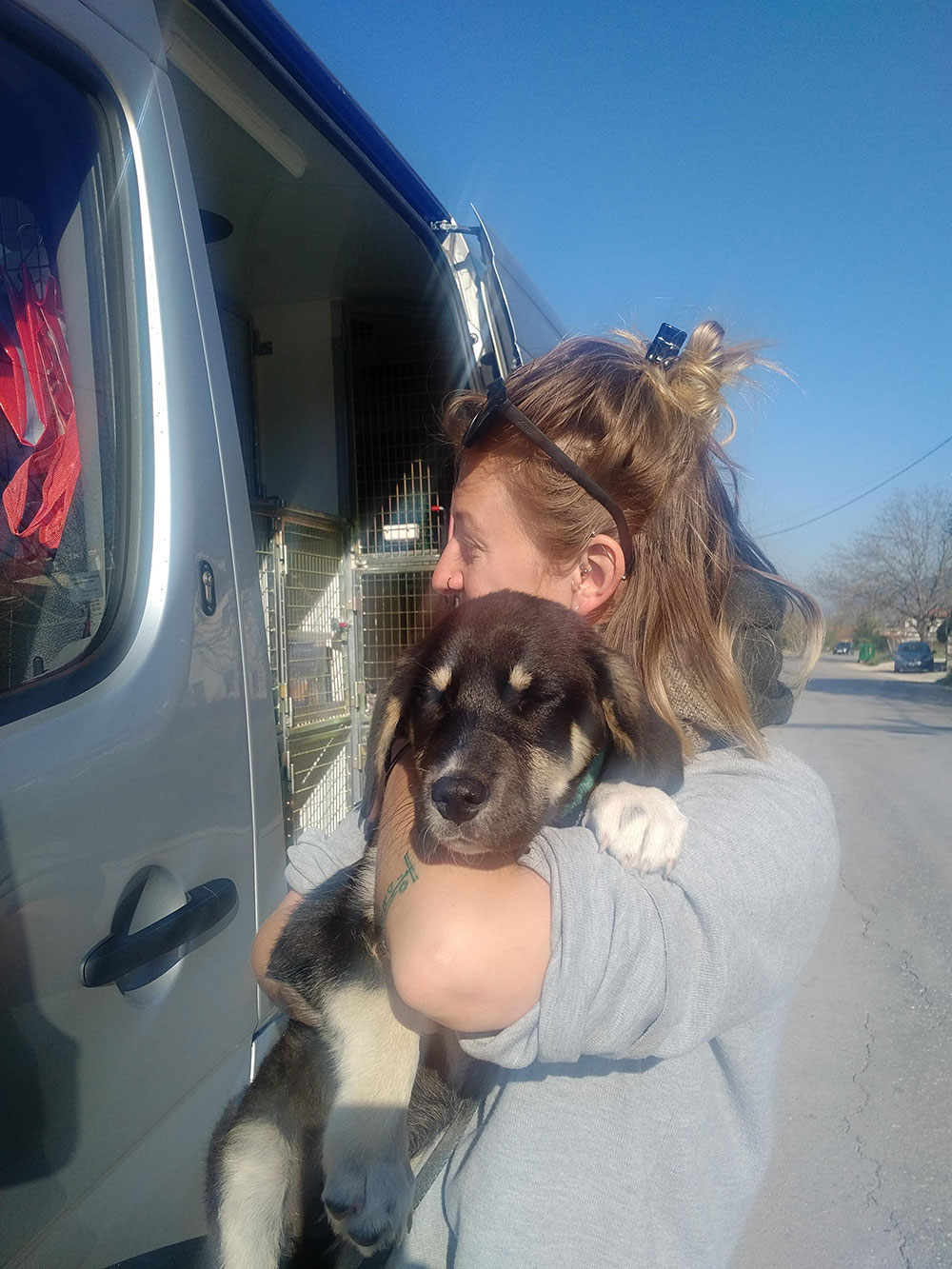 Cuddly Michu in the arms of Veronica 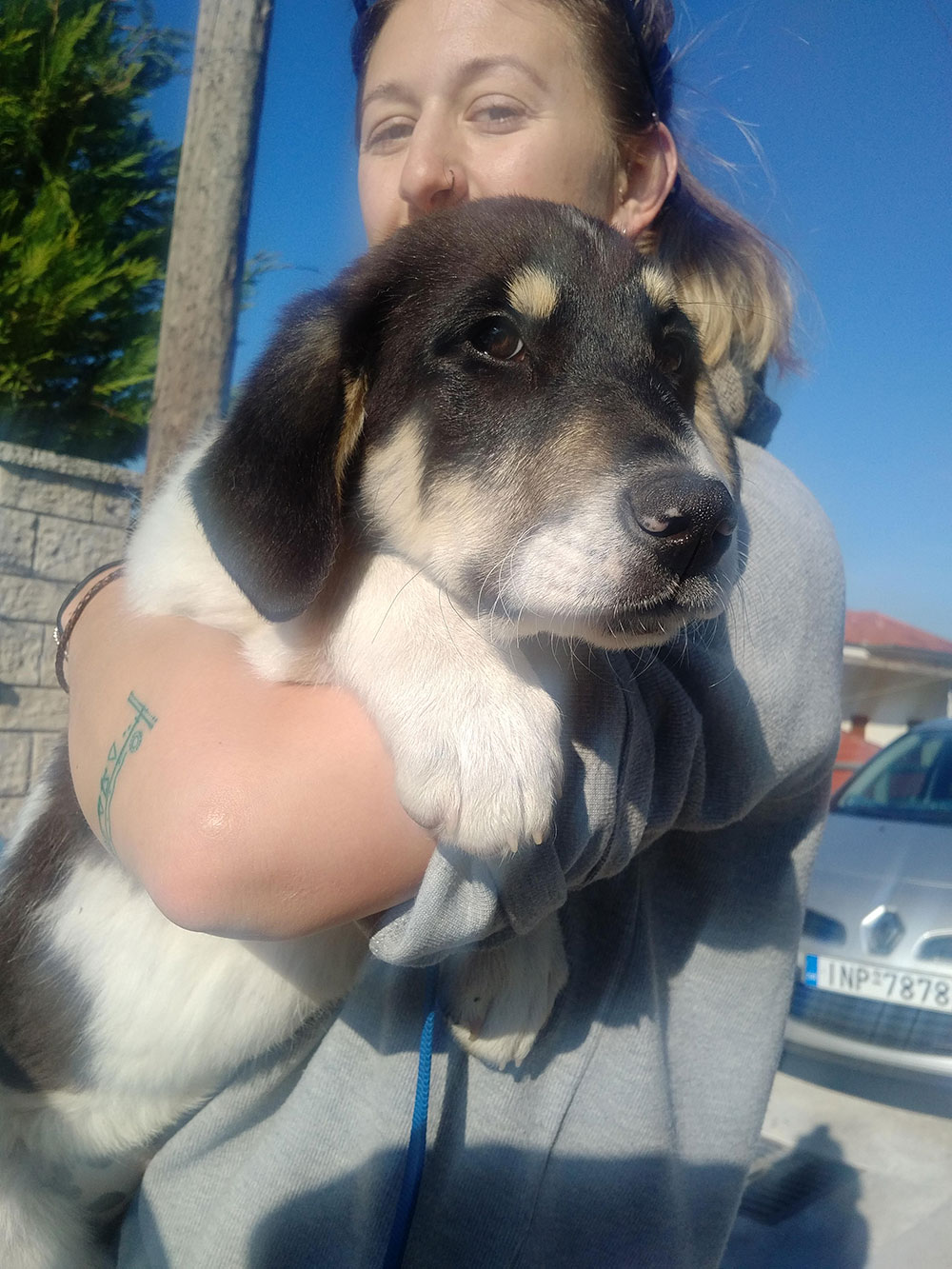 Cheeky Meatball gets a cuddle too 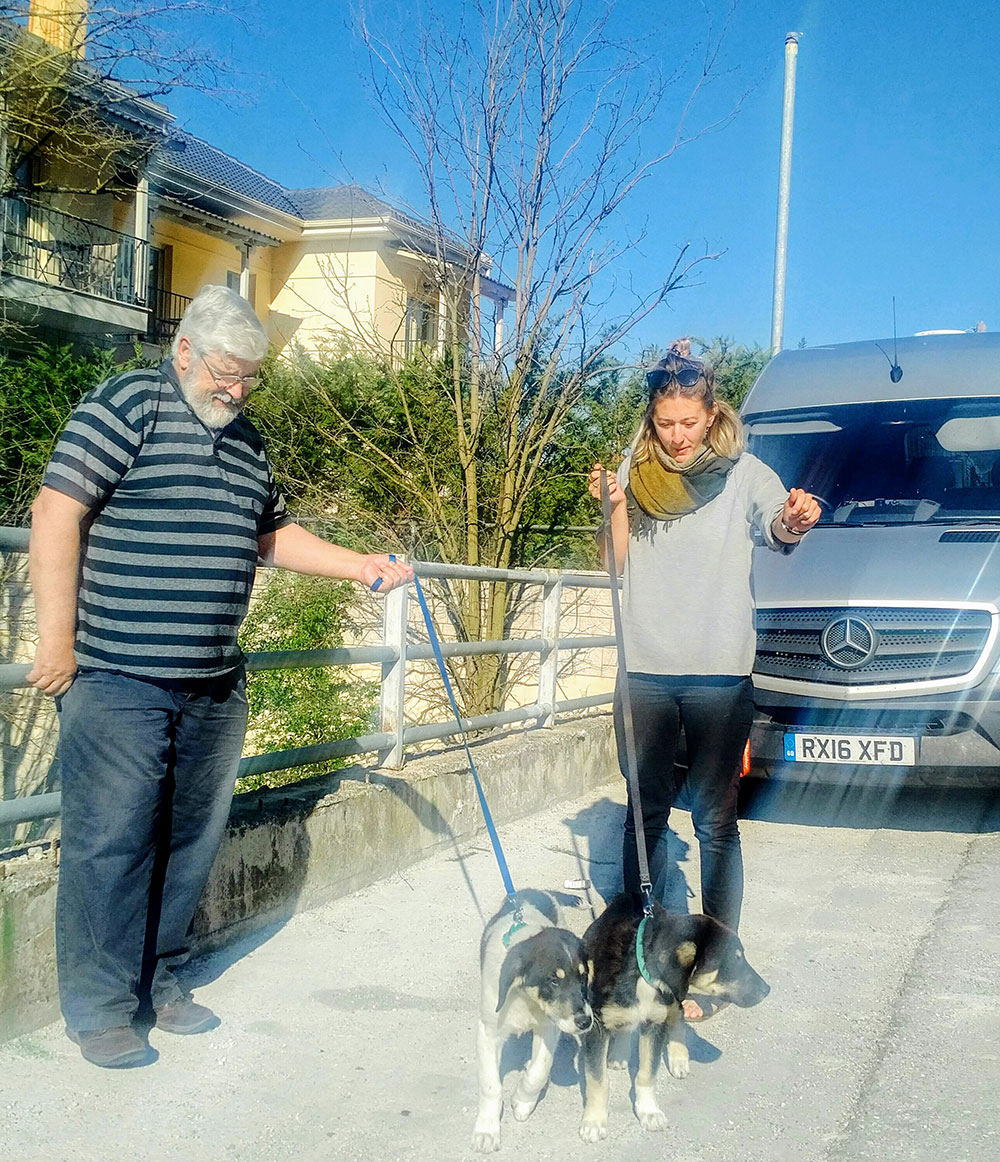 Quite a challenge to get the two puppies to sit. Standing still seems like a reasonable compromise! 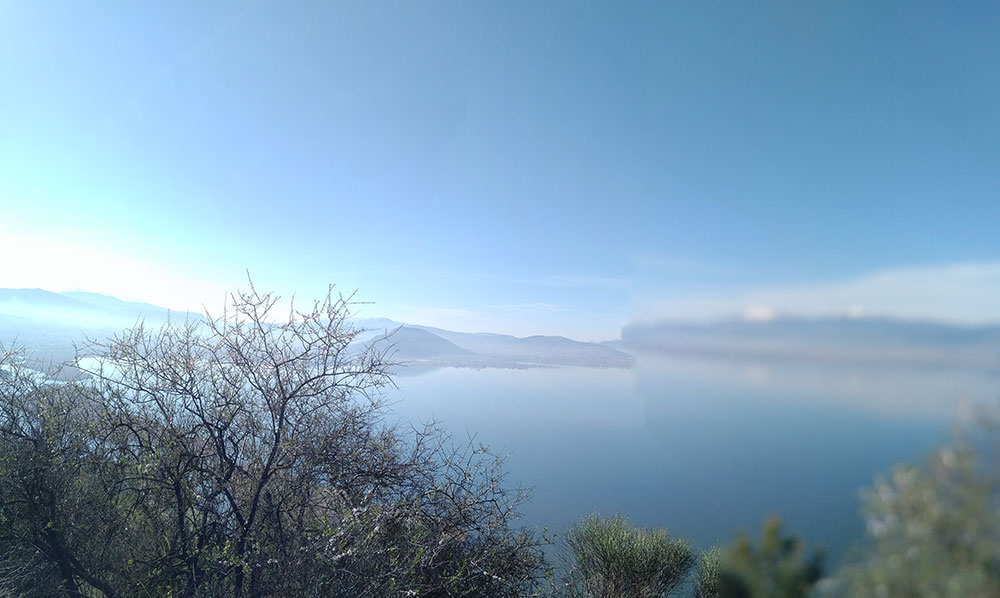 Wild at Heart sponsored the journey for these two lovely girls, who are on their way to Jane in East Sussex. 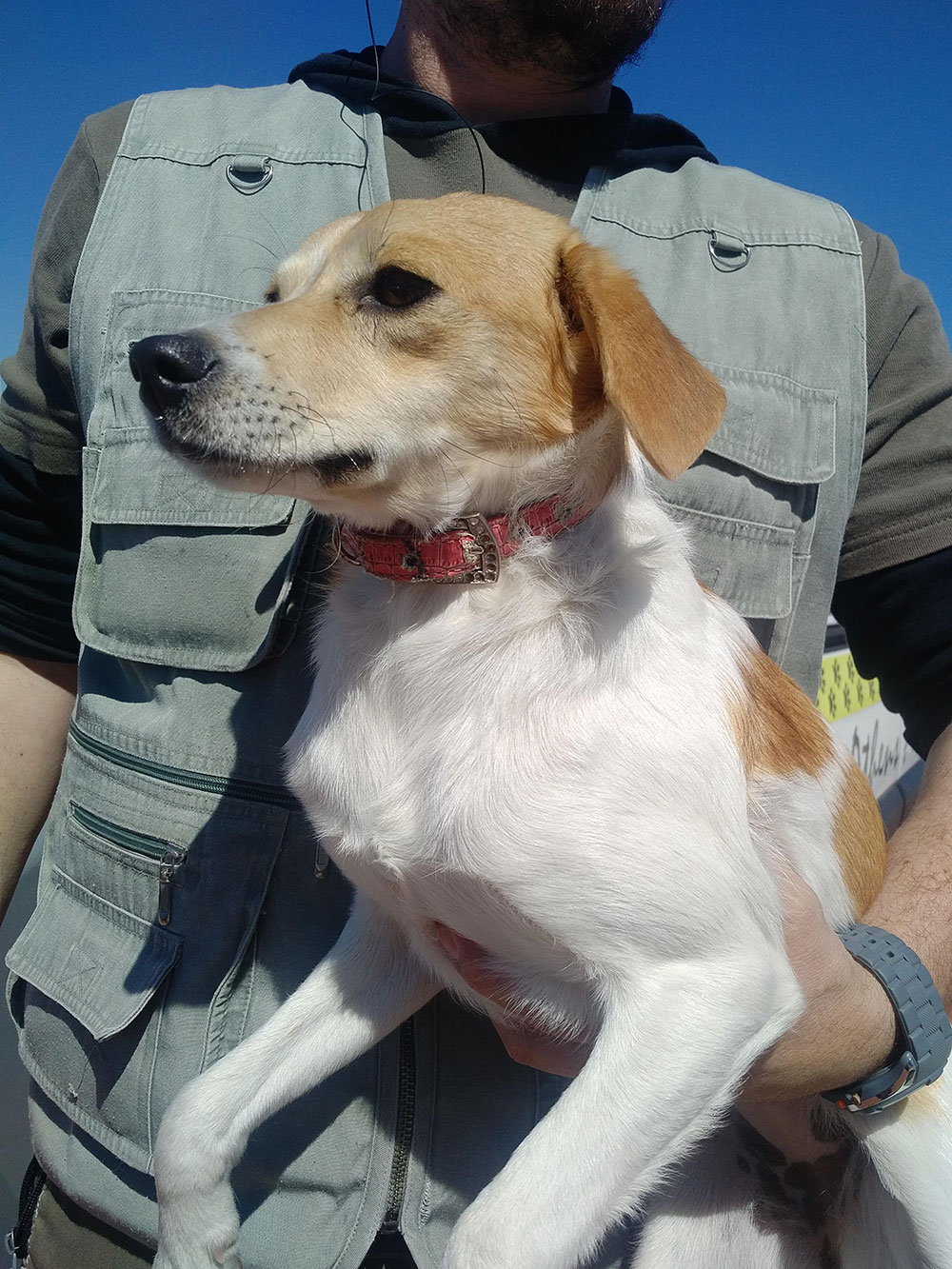 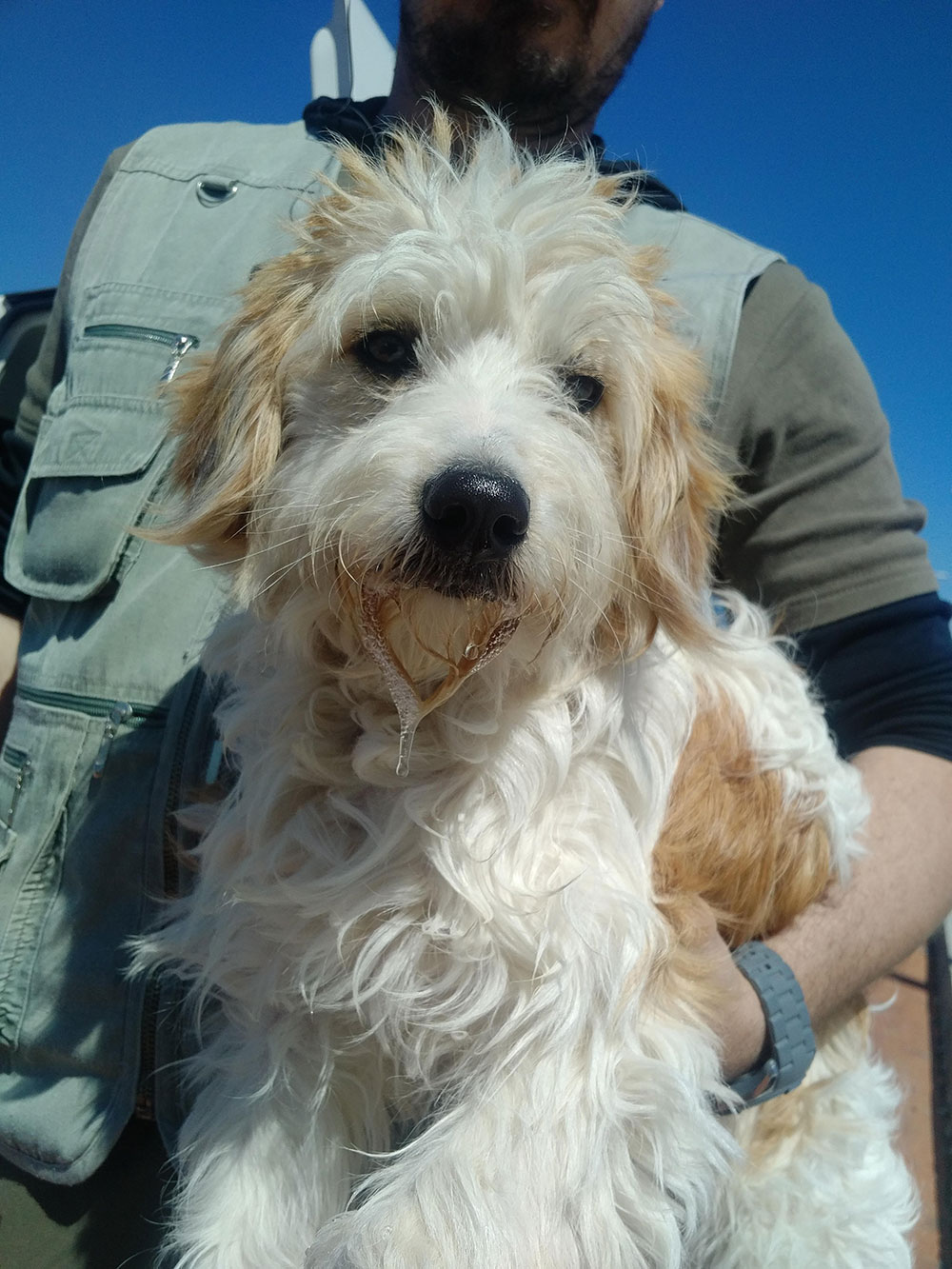 These four Greek Shepherd cross puppies are from a litter of eight born on a mountainside in northern Greece, when the temperatures were as low as -20C. Their mother carried them one by one to a nearby refugee camp. It took her three days to bring all eight of them, feeding and looking after them in between the trips.

Amanda from Compassion for Greek Paws cared for them, and is now sending these four to the UK to find loving new homes. The organisation is desperate for funds for food, equipment and vet care — you can donate (as little as one pound / dollar / euro) via the Facebook page above. 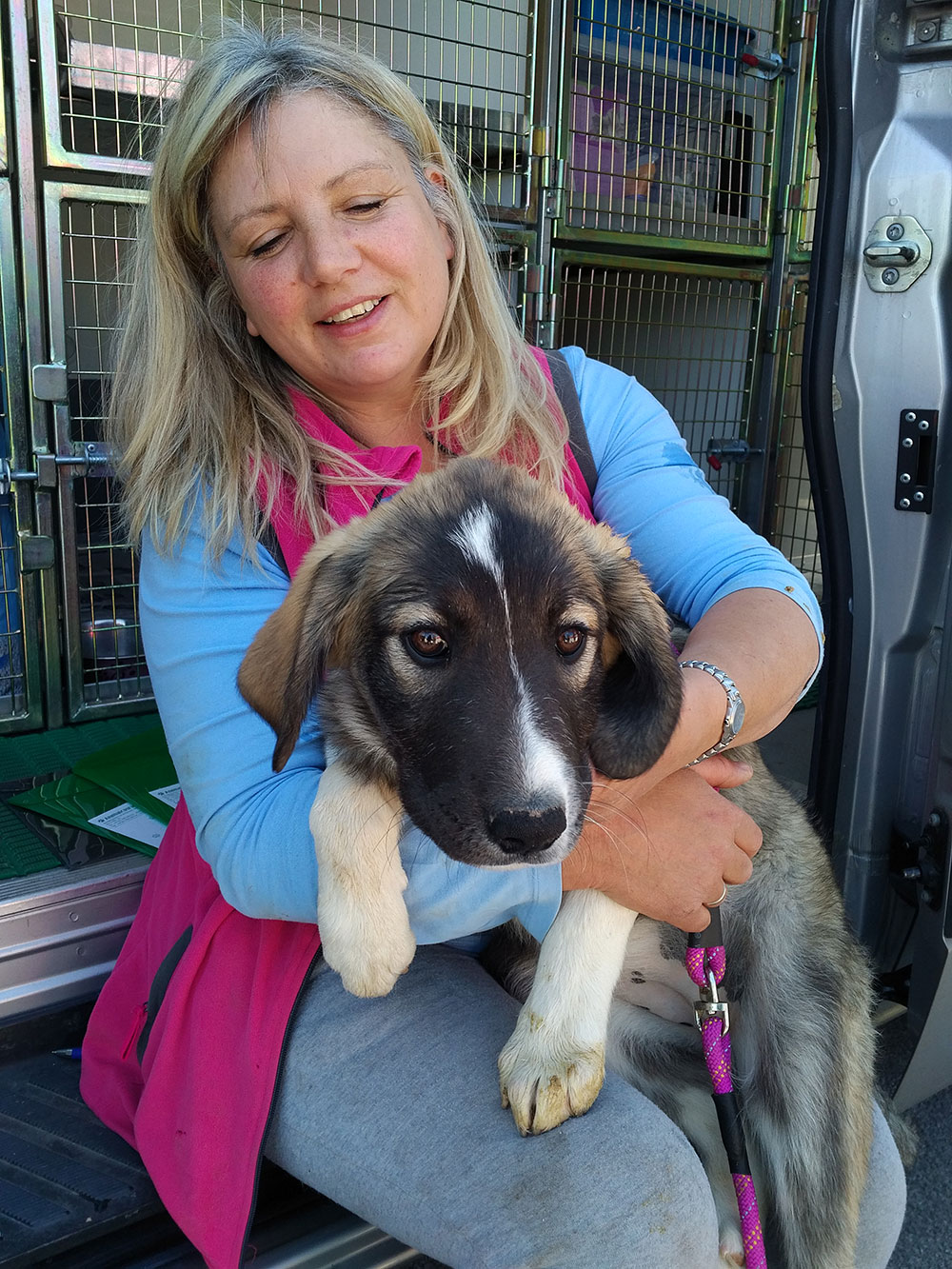 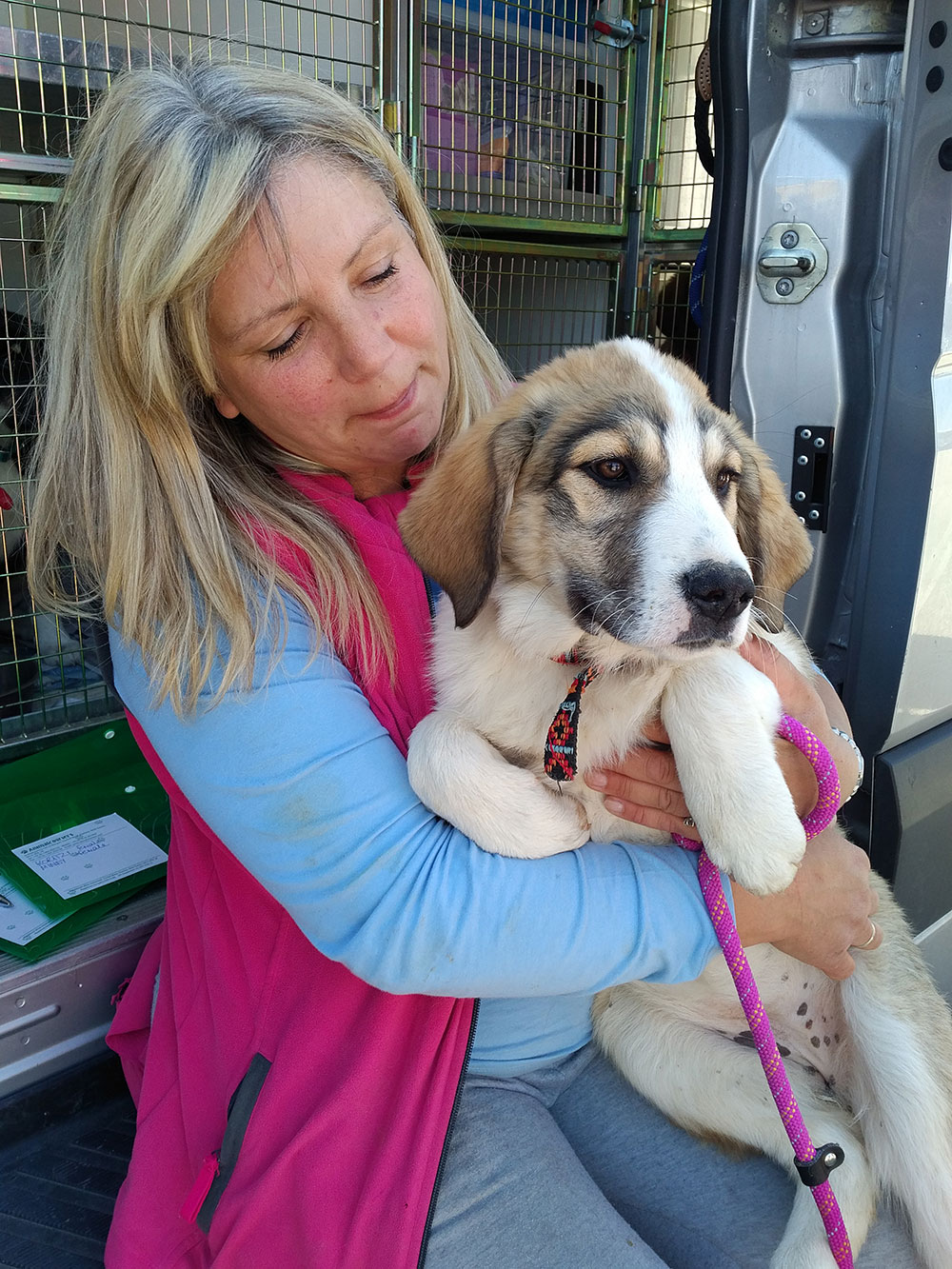 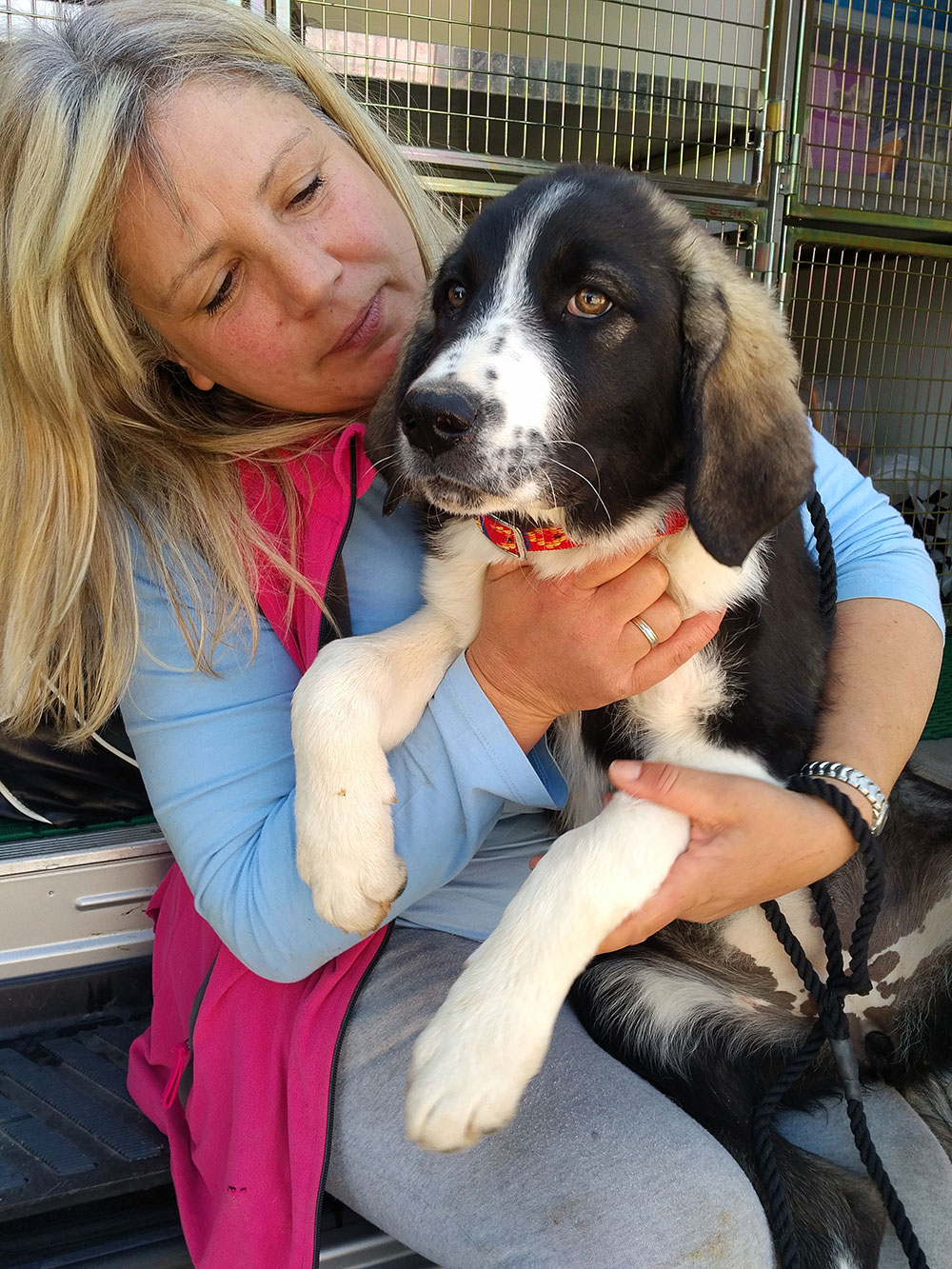 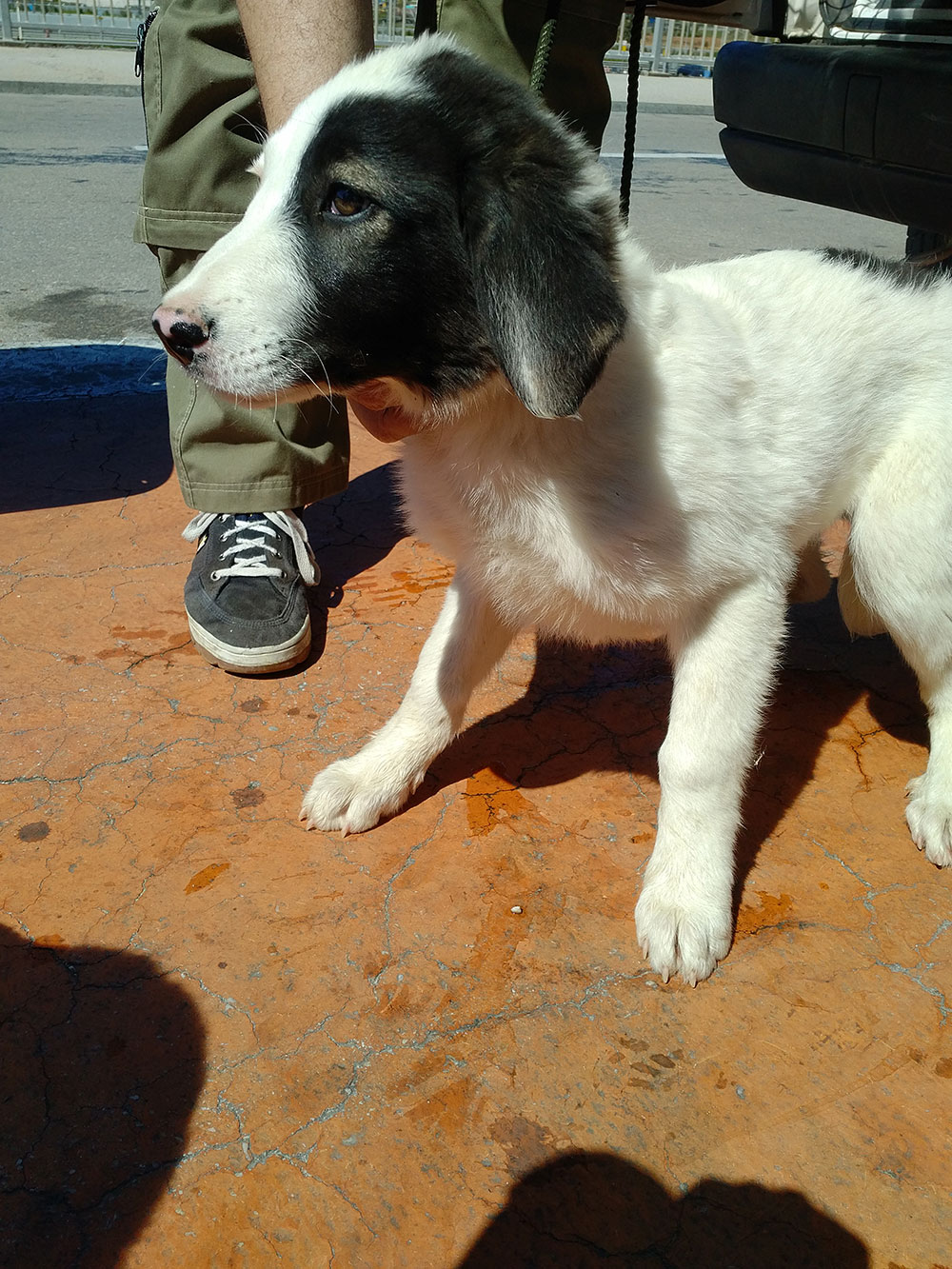 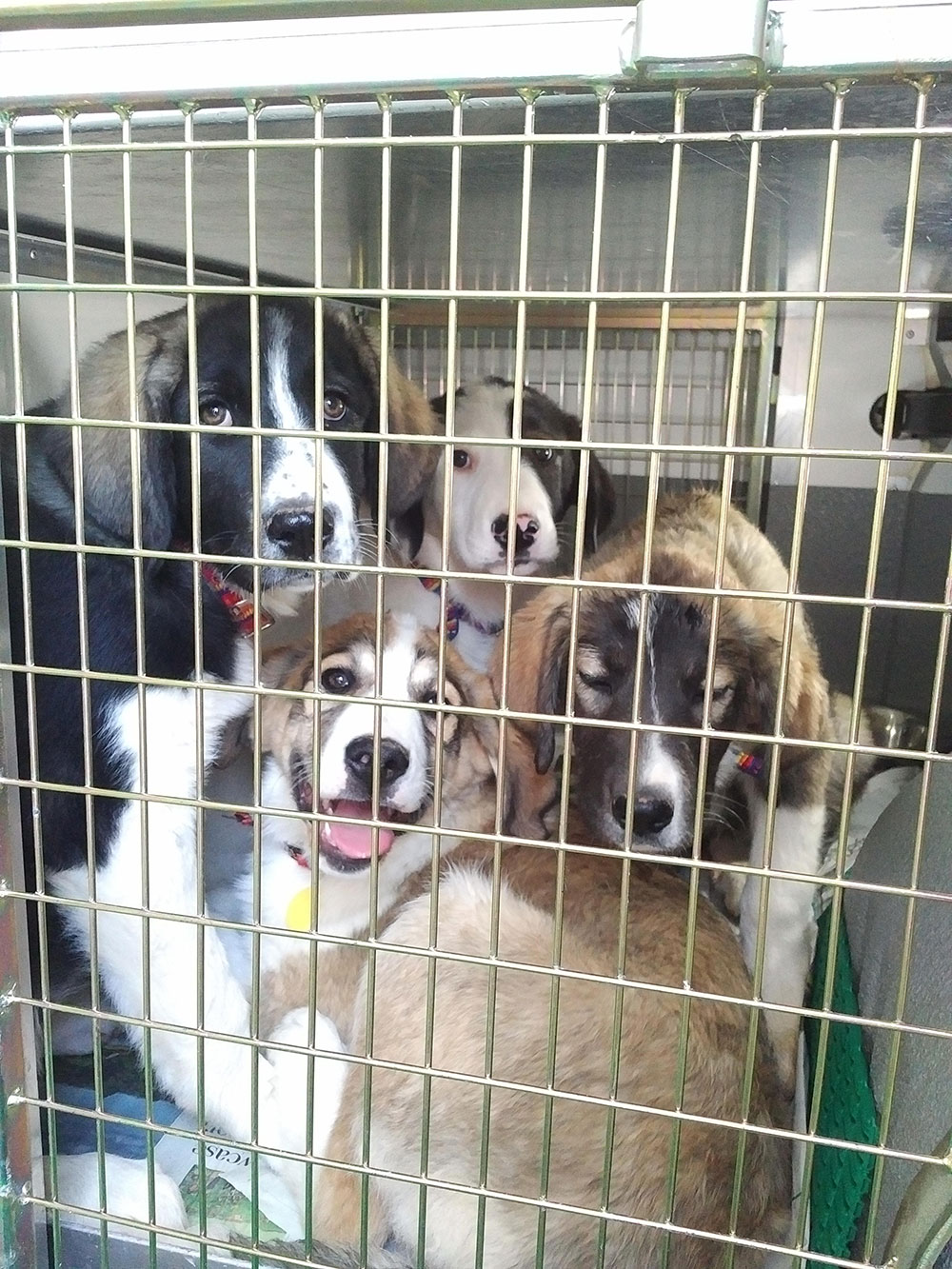 This inseparable quartet insisted on sharing a bedroom in our van!

Beautiful Setter Irina, from Lemnos, is travelling to Manchester with Starlight Barking. 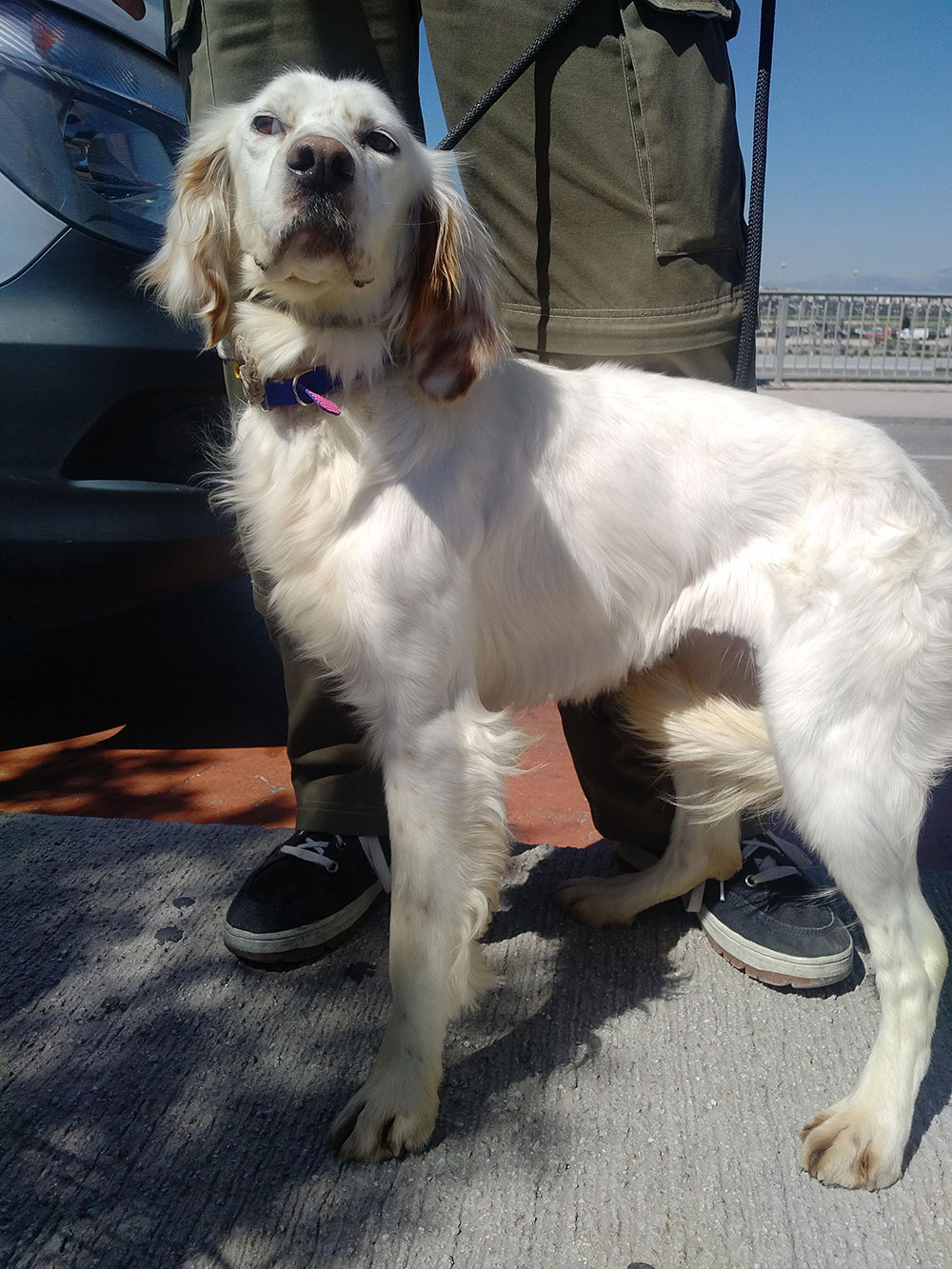 Irina knows how to strike a pose

Couriers J & M joined couriers Mike & Matthew at Athens airport in good time to assemble the dogs’ travel boxes so that they wouldn’t have to wait in the sun, or cope with the general hubbub of the check-in area.

Our friendly pet taxi driver Akis arrived with Irina, Penelope and Lotte. We settled them into a shady spot, while Akis went back to collect the other puppies from Chris’s Animal Hotel. 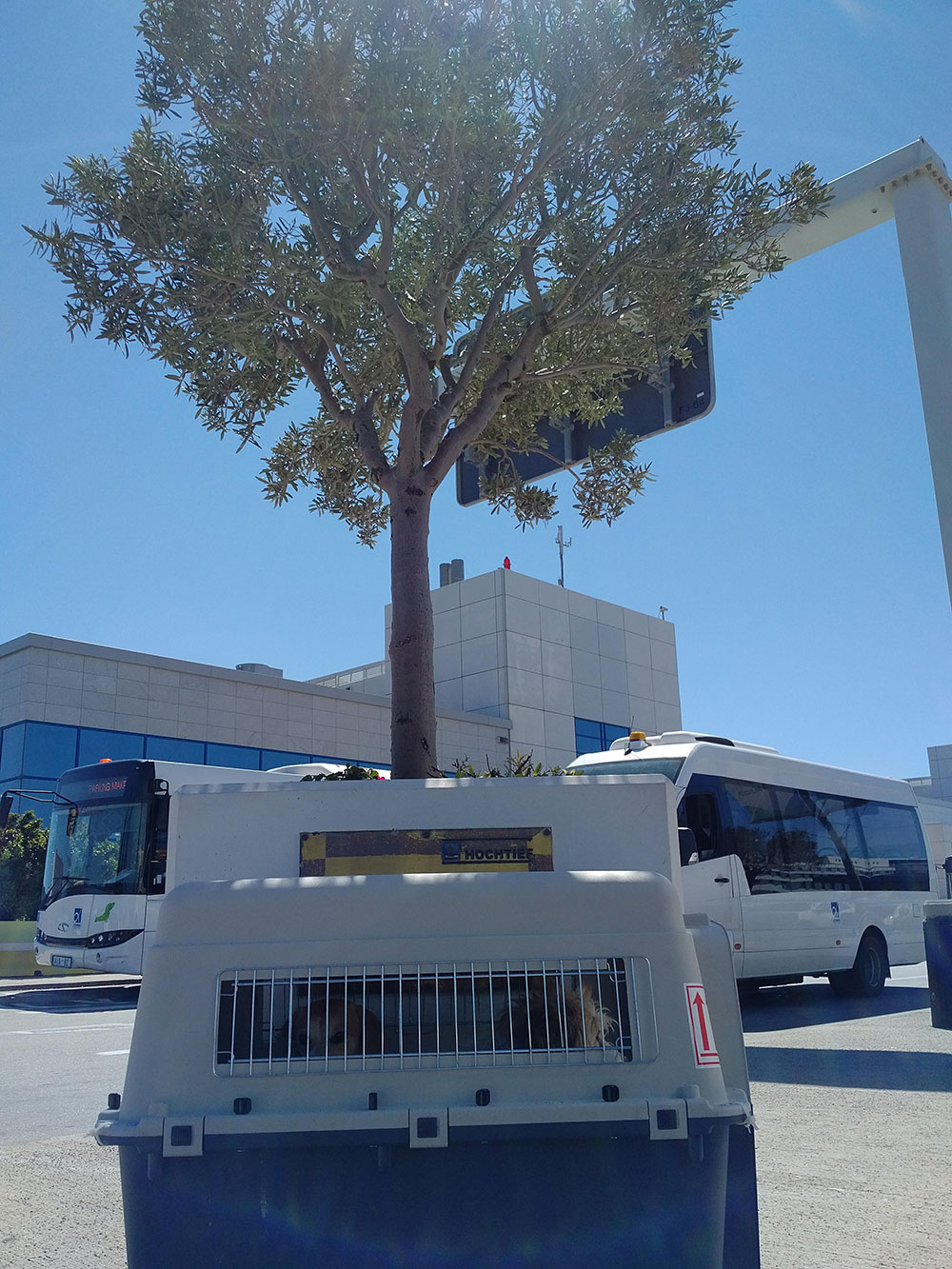 Penelope and Lotte waiting in the shade 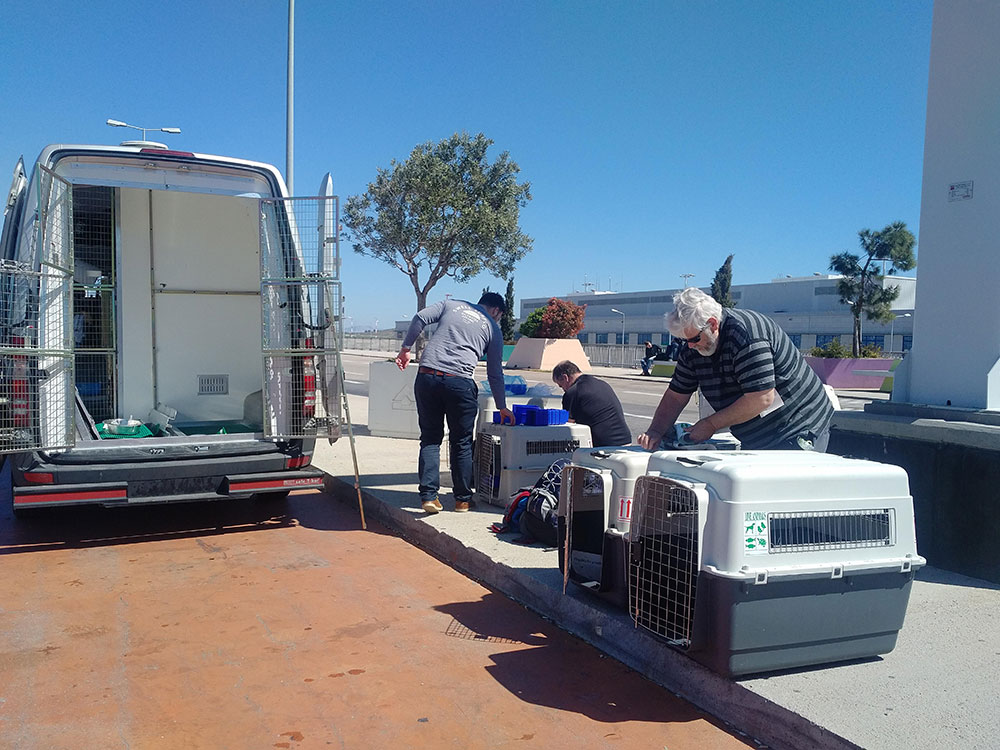 Teamwork gets everything done in time 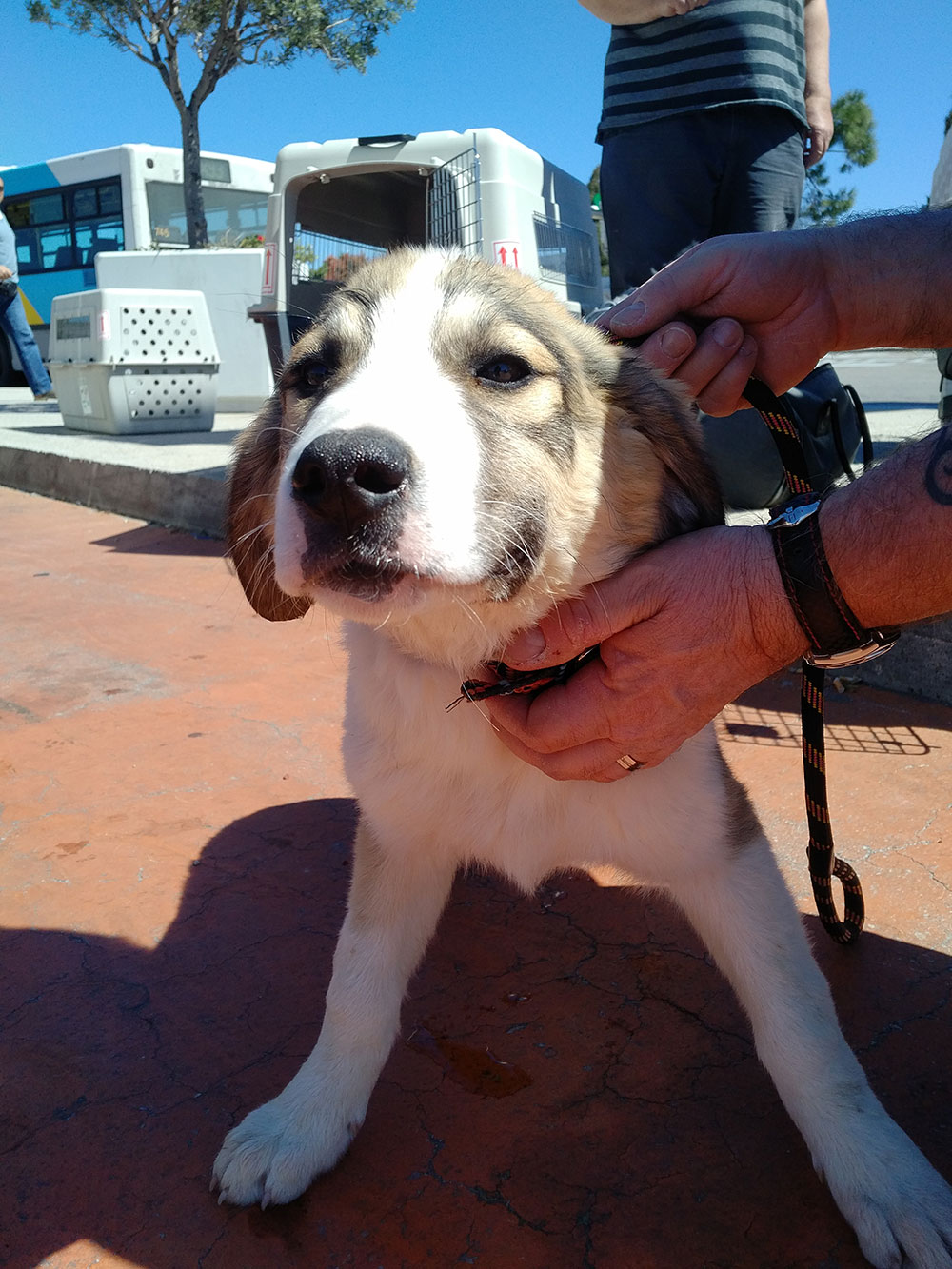 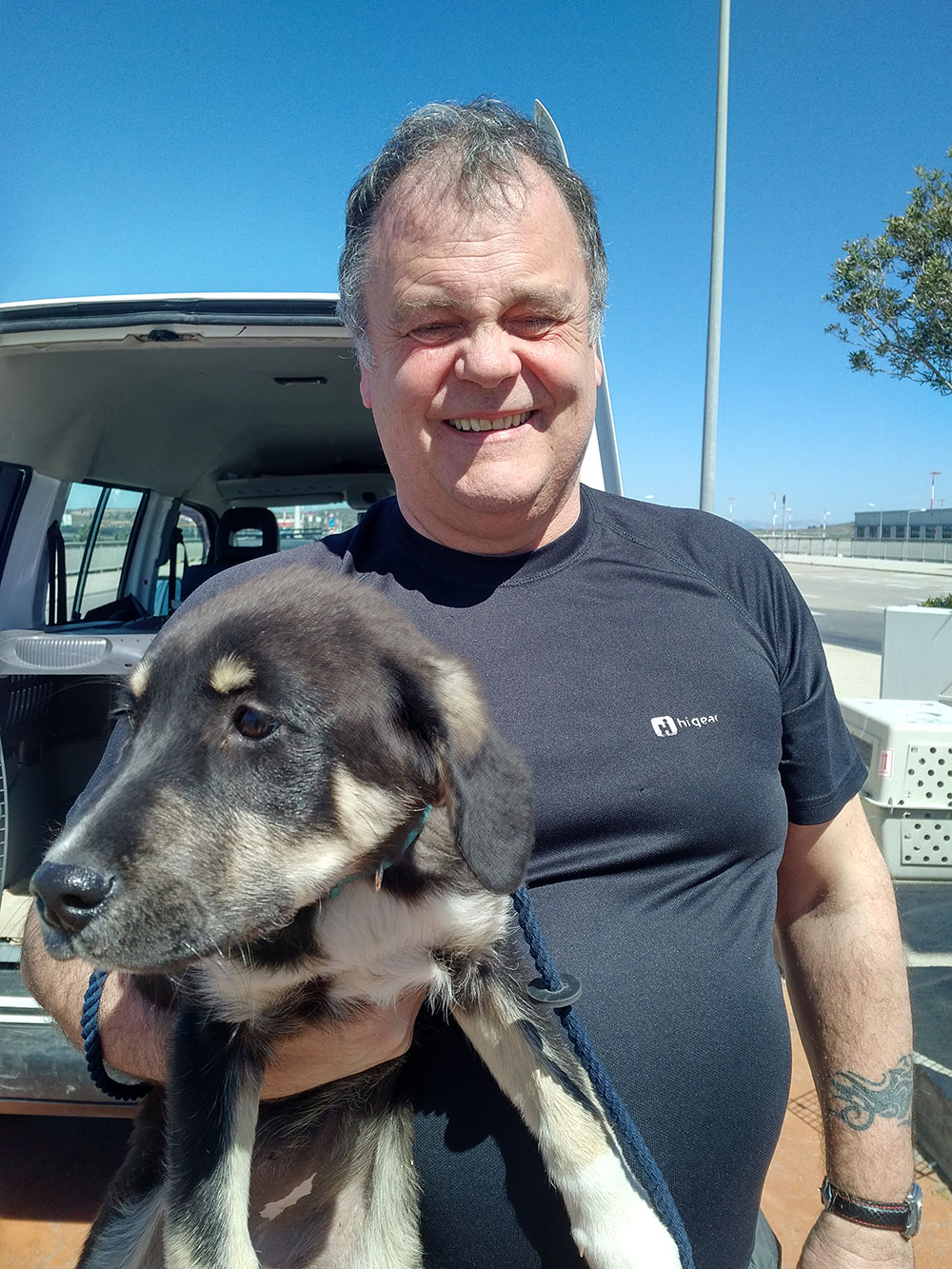 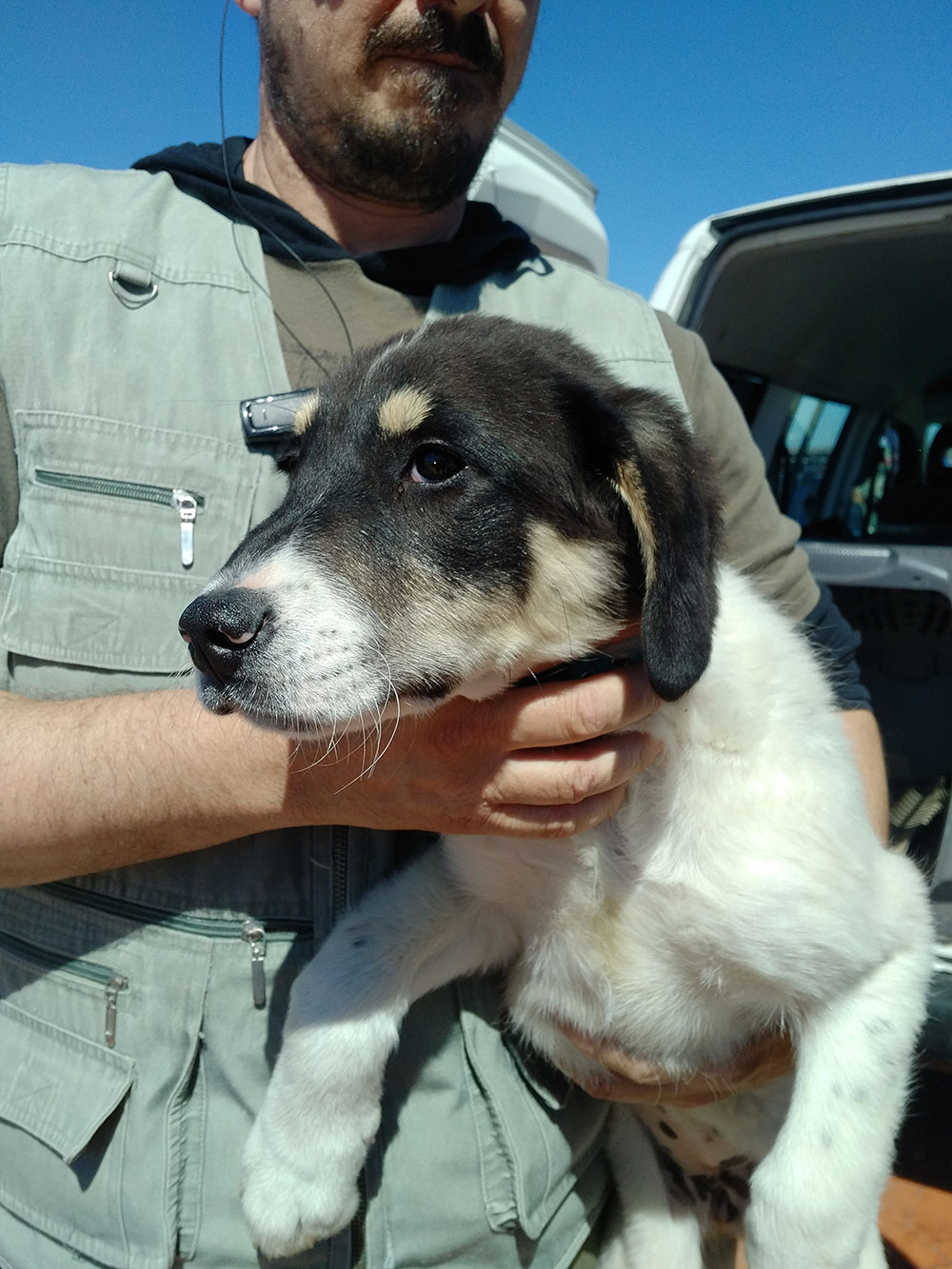 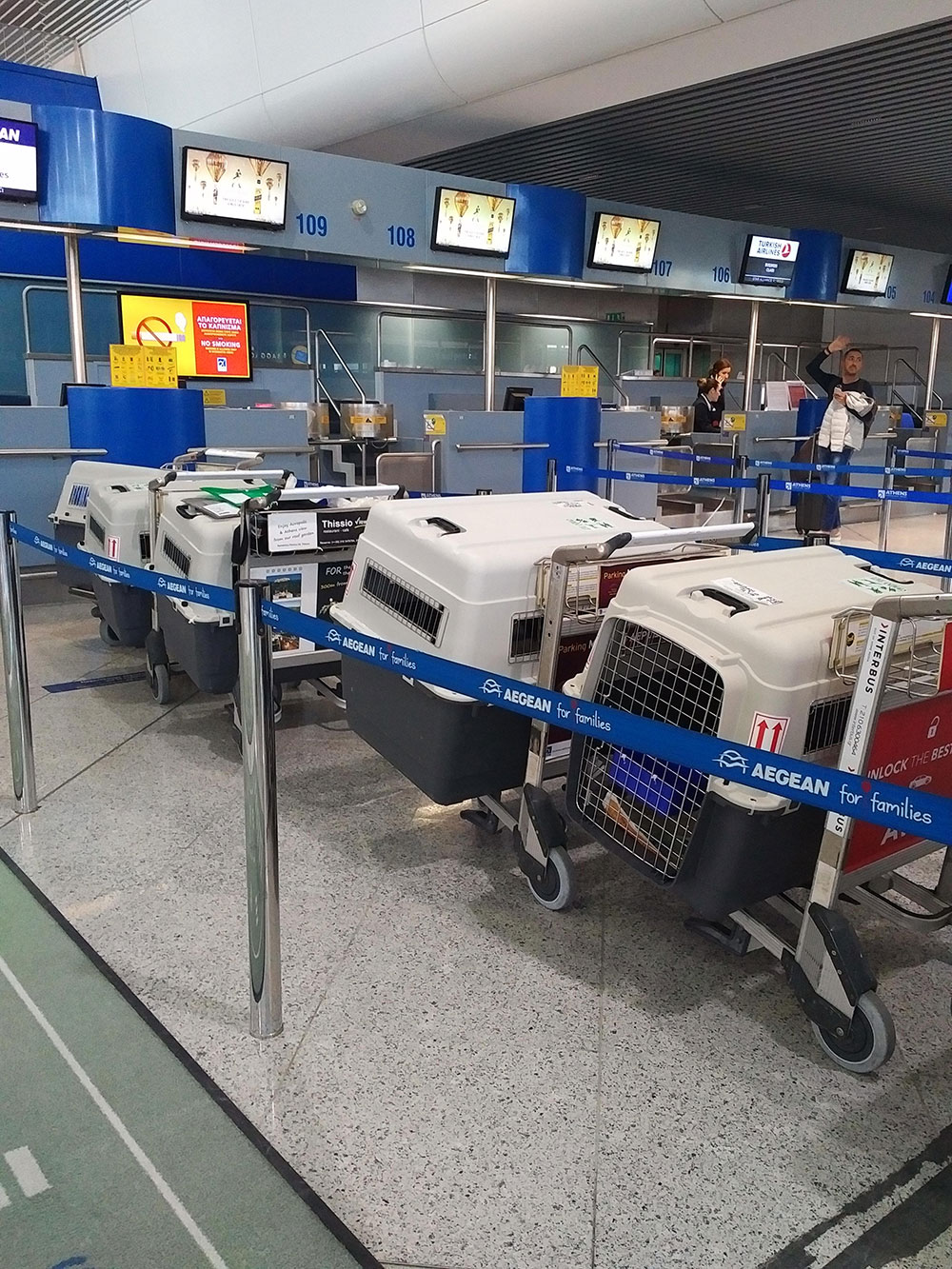 Travel boxes assembled, dogs walked, fed and watered, and all checked in at Athens airport 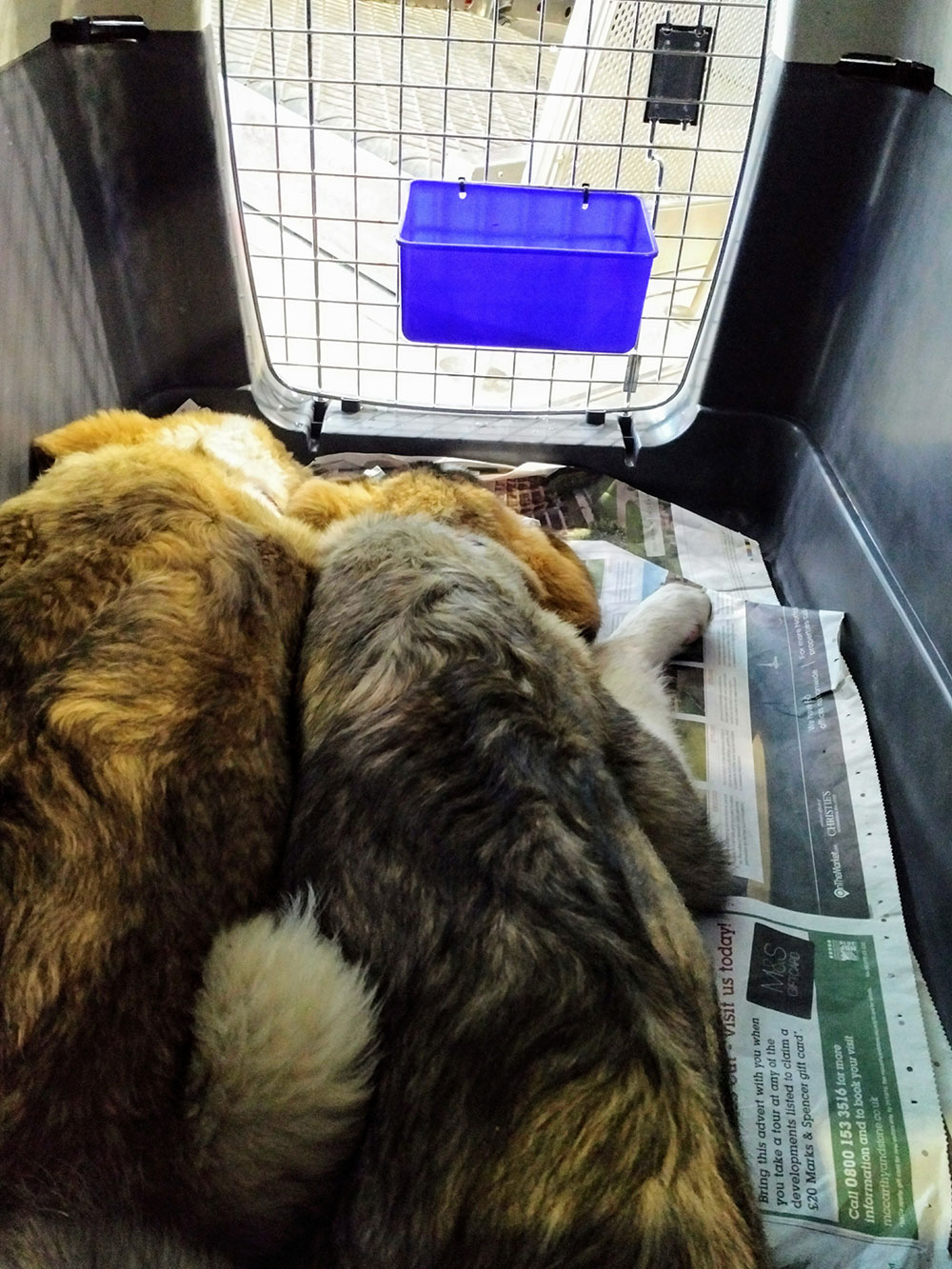 Let sleeping dogs lie — despite our concerns, the dogs proved to be quite relaxed, even in the check-in queue!

At Charles de Gaulle airport couriers Mike and Matthew transferred the 10 dogs to the waiting Animalcouriers vans, then headed off towards Calais to catch the Eurotunnel. 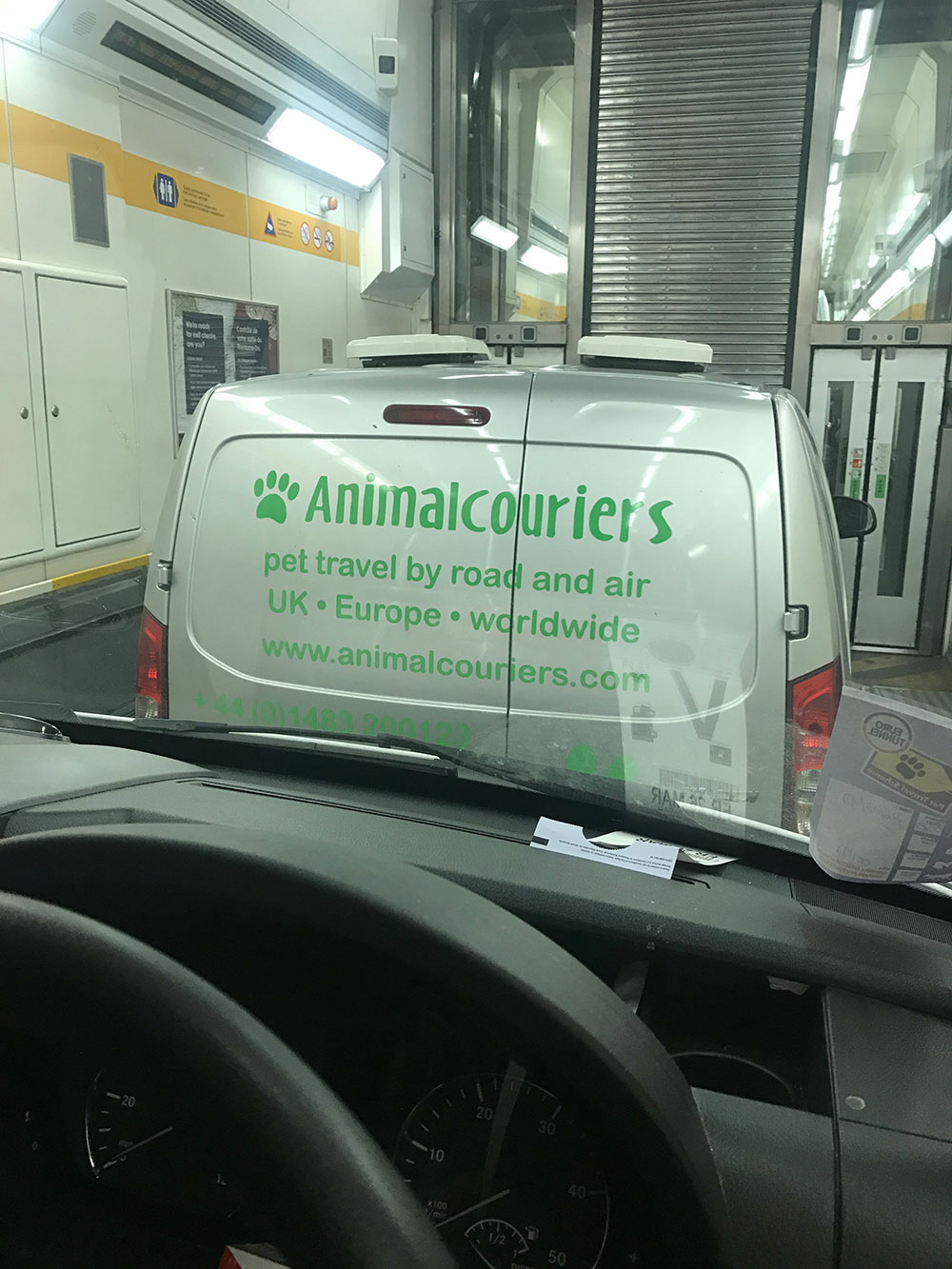 All checked in and on board the Eurotunnel at midnight, heading for the UK

Arrival in the UK

On arrival, courier Matthew headed to East Sussex to deliver Lotte and Penelope to Jane, and Meatball and Michu to Alec.

Courier Mike headed further north with the other six, whose destination was the Manchester Dog Café, run by dog fosterer Tony Golden. As well as looking after the dogs while their new permanent homes are sorted out, Tony takes them into the café on rotation, to help them get more used to being around people, and to socialise them with other dogs who come into the café with their owners.

The café has its own mascot Greek rescue dog, Alfie, who travelled with us last year from Lemnos. Something of a pin-up, Alfie’s job is to welcome the dogs, their owners, and dog-lovers into the café.