To Switzerland via the Channel Islands and France, and home via Belgium

Courier Richard recently set off for Switzerland, taking the scenic route via Devon, Guernsey and Jersey. We also received news of a couple of recent passengers — a cat from Portugal and a dog from China.

The first stop was in Devon to deliver Bond, a Jack Russell Terrier, to his owner Angela. Since travelling with us in February from Switzerland, Bond has been staying at Burntwood Kennels near our Surrey base, waiting for Angela to complete her relocation to Bideford. 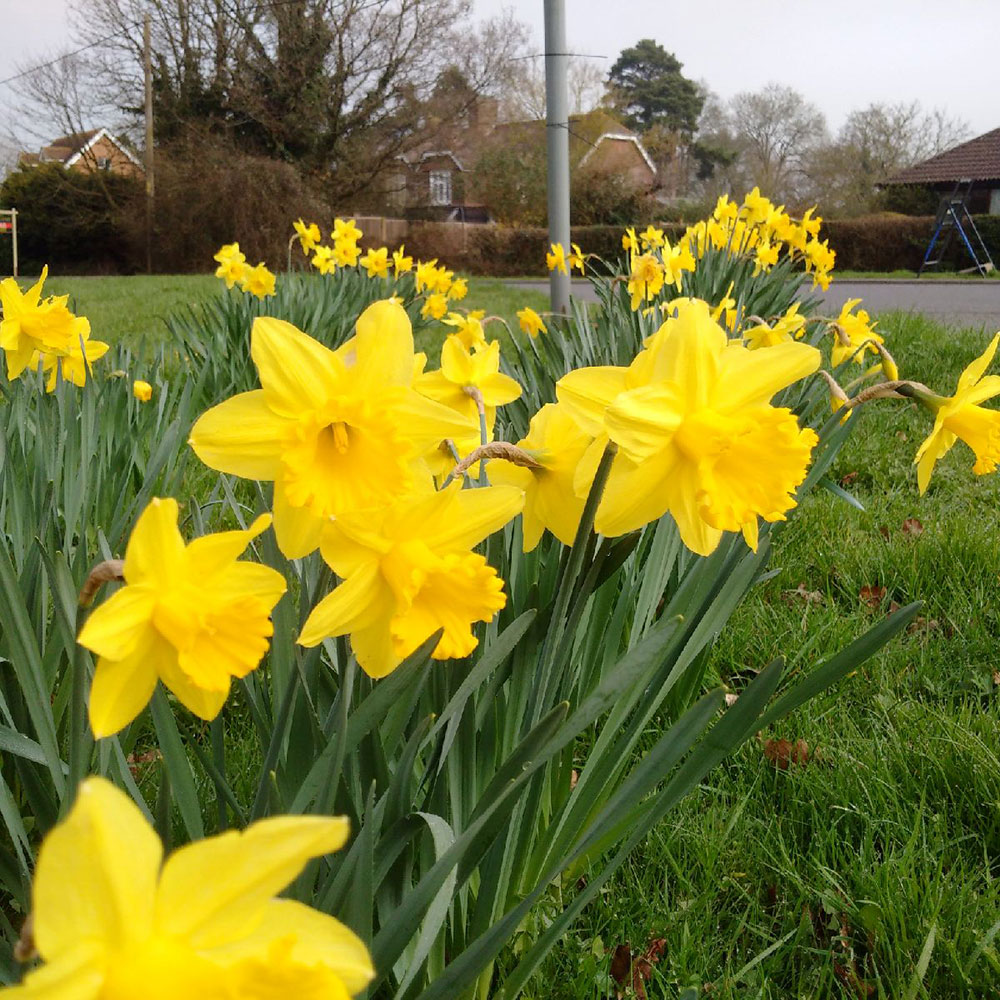 Spring was definitely in the air, judging from the fine display of daffodils spotted along the way 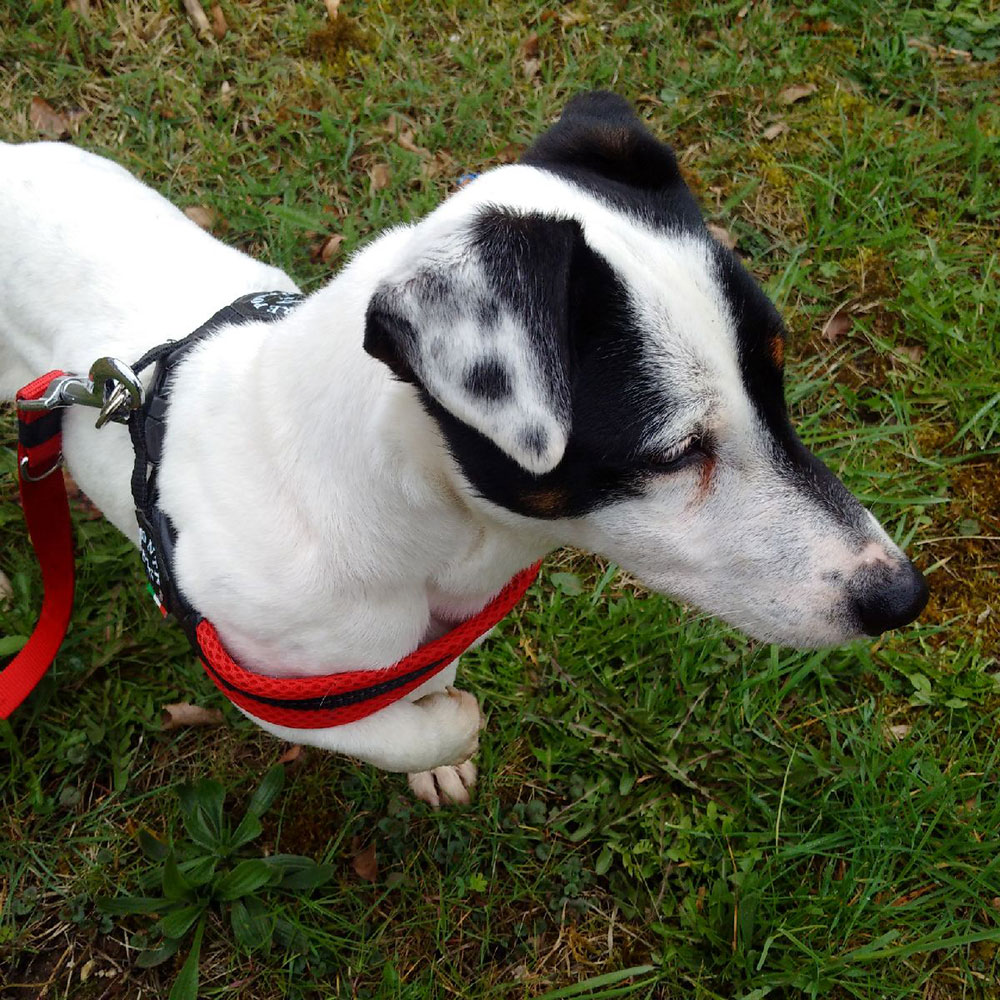 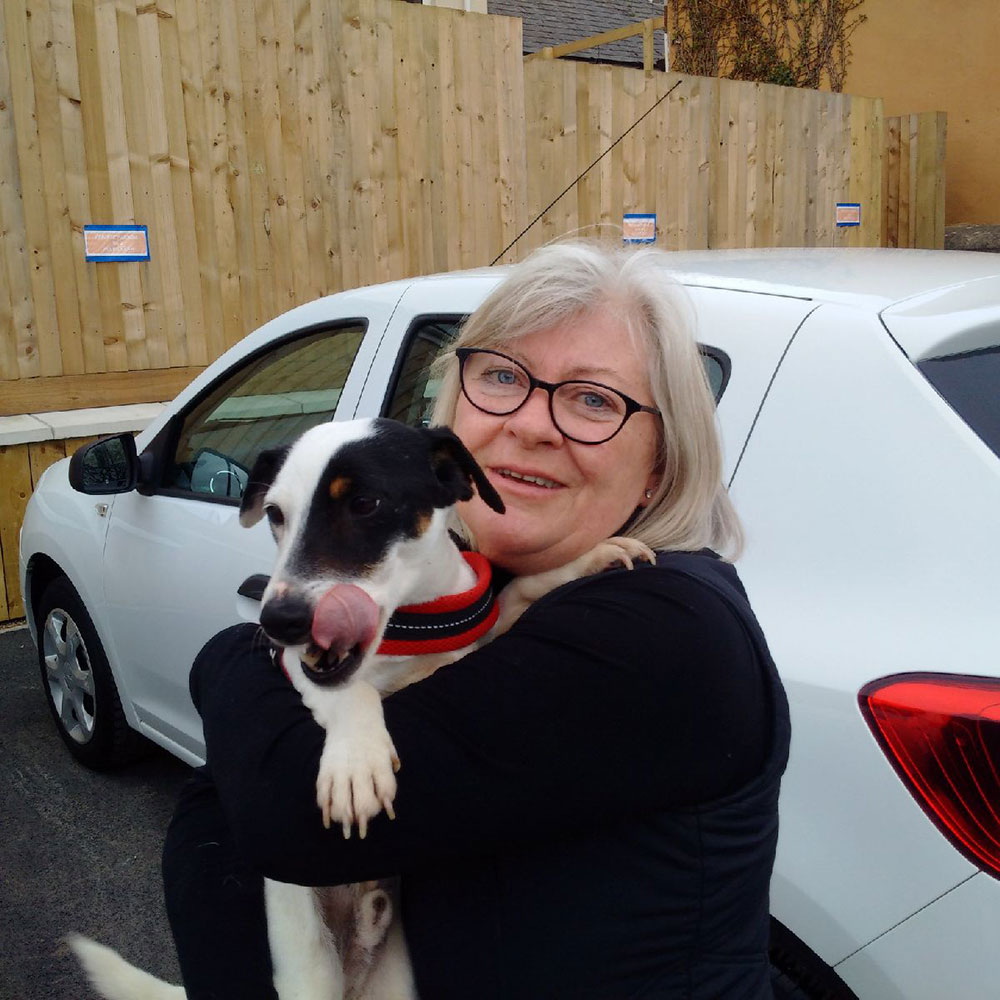 A happy reunion for Bond and Angela 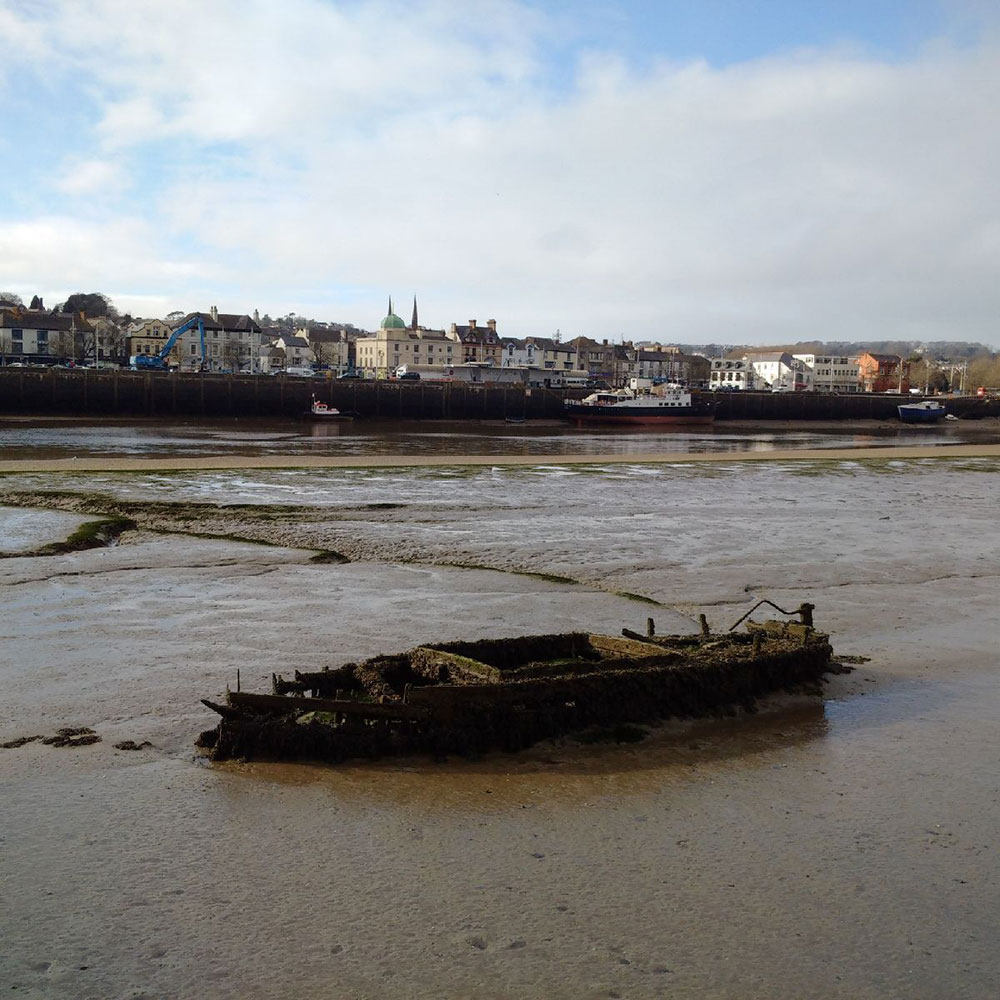 The tide was out at Bideford, revealing a boat that could do with a spot of work!

Having delivered Bond, that left Oscar as courier Richard’s sole passenger. Lovely Oscar is a rescue dog from the British Virgin Islands, where he was adopted by Chris, whose work has now taken him to Guernsey, one of the Channel Islands.

After spending the night in Poole, courier Richard and Oscar caught the ferry to Guernsey to meet up with Chris and deliver Oscar. 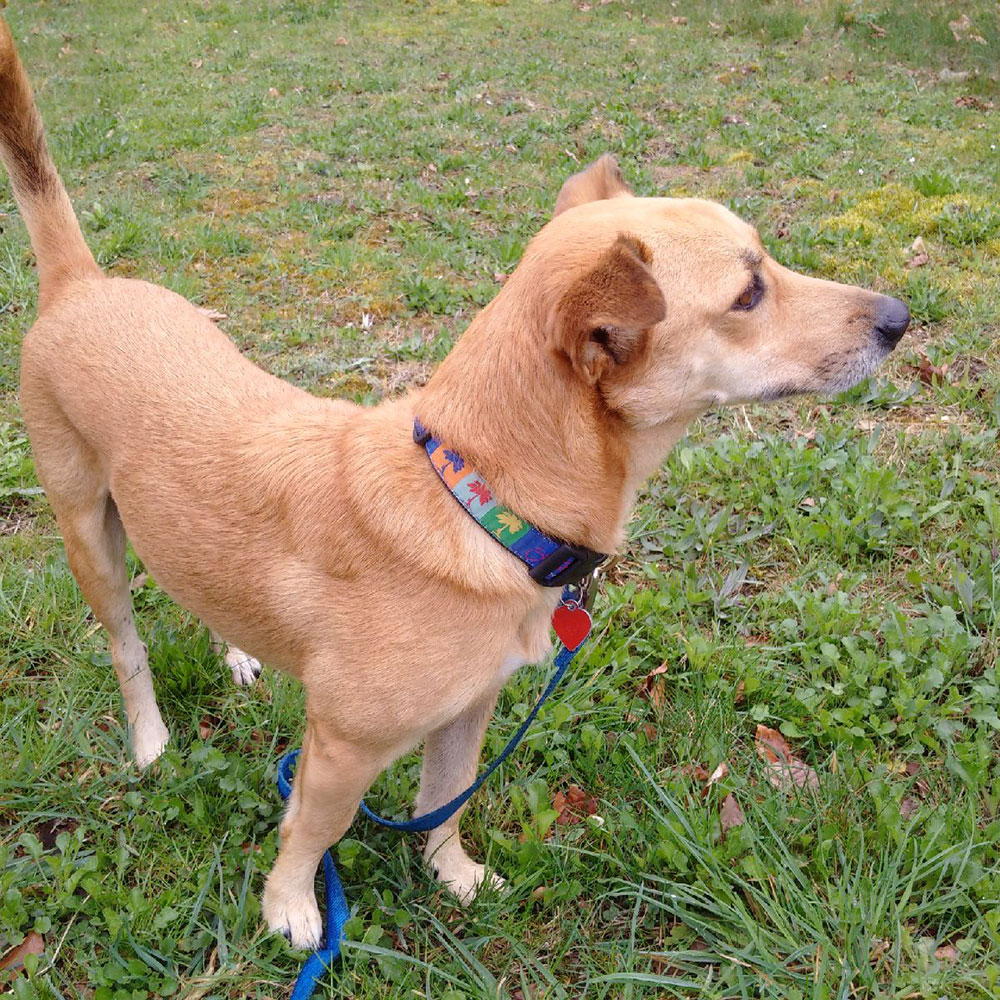 Oscar shows us his fine profile 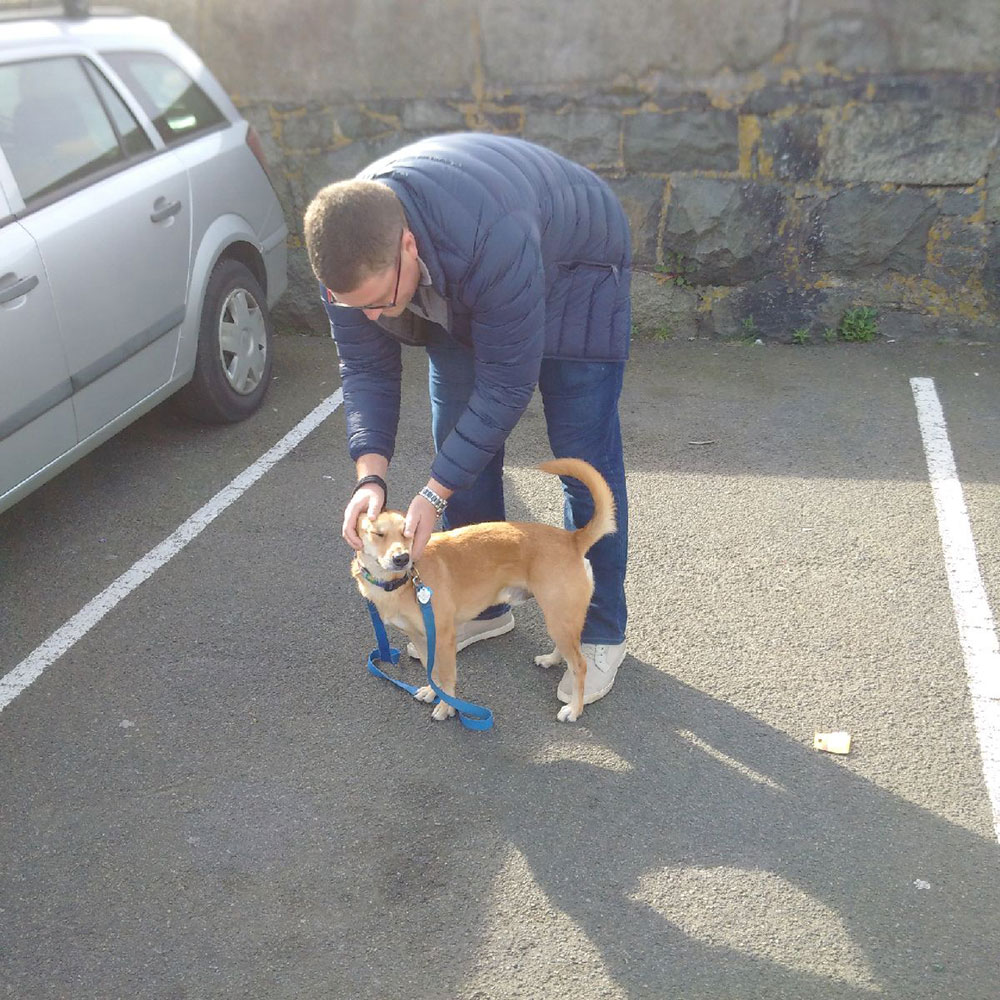 Oscar delighted to be back with Chris 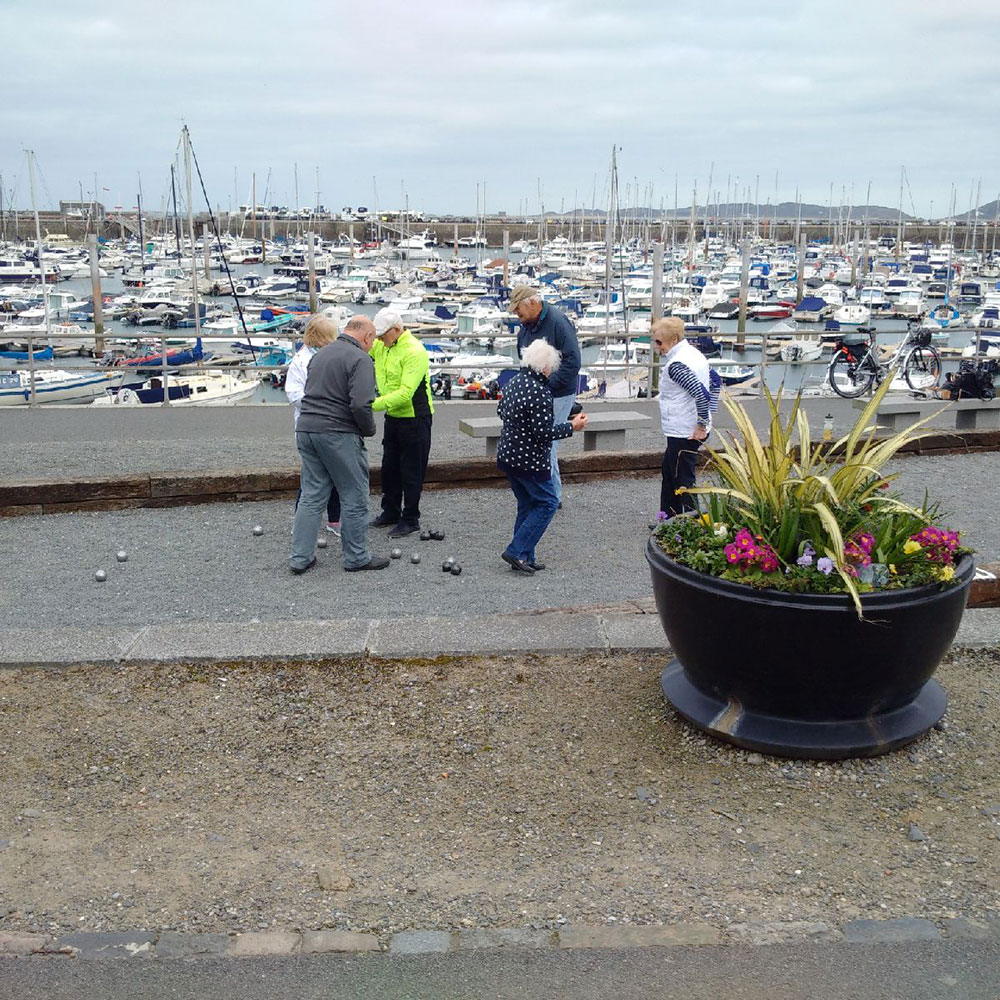 In front of the marina, these folk seemed to be taking their game of boules pretty seriously 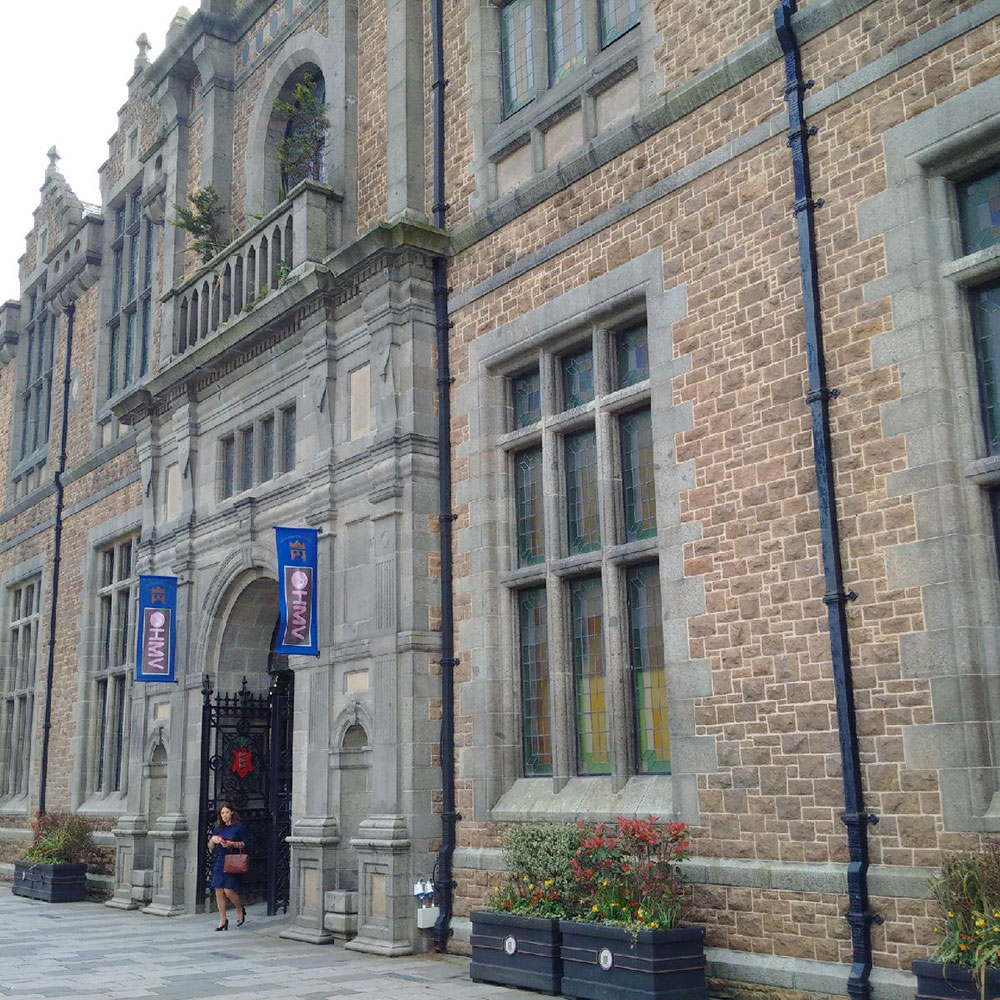 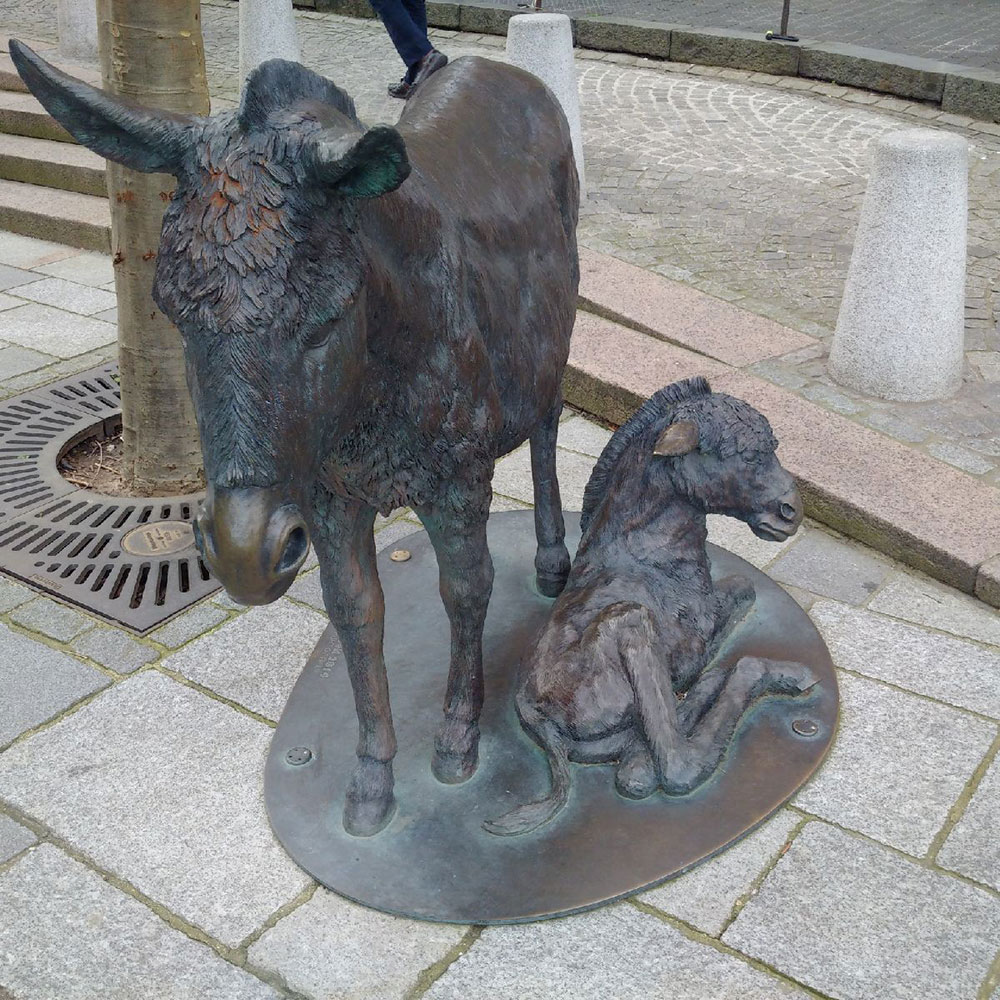 Perhaps this sculpture has something to do with the fact that a born and bred Guernseyman may be referred to as a ‘Donkey’ (by people from Jersey, if he is still single at the age of 25 and hasn’t visited London) 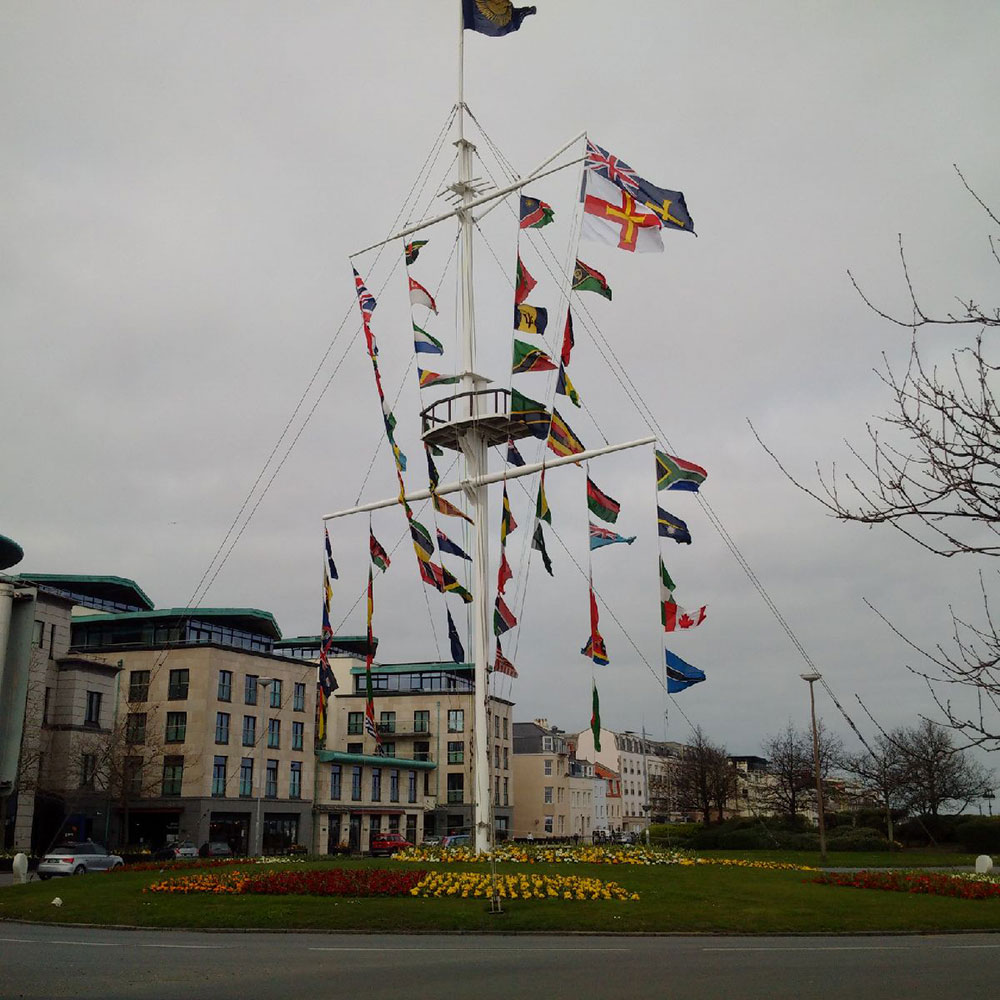 The splendid roundabout at Saint Peter Port, the capital of Guernsey 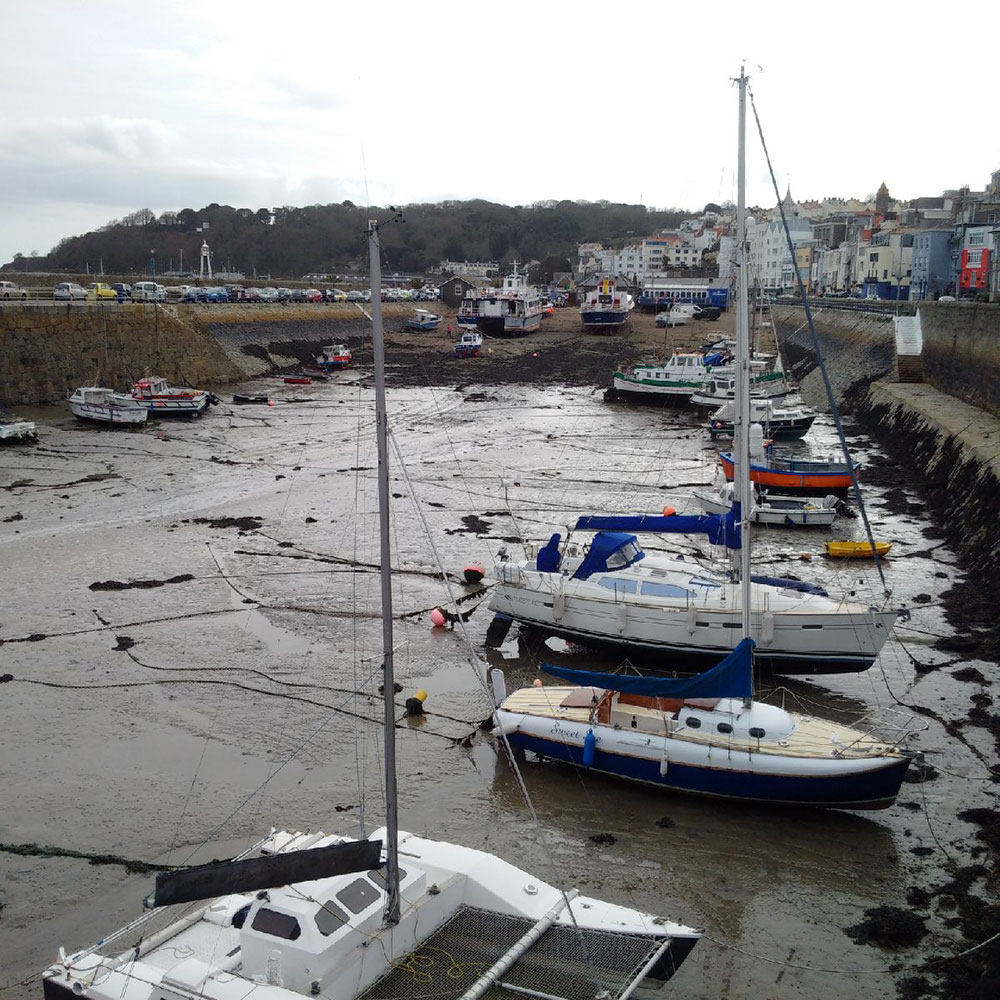 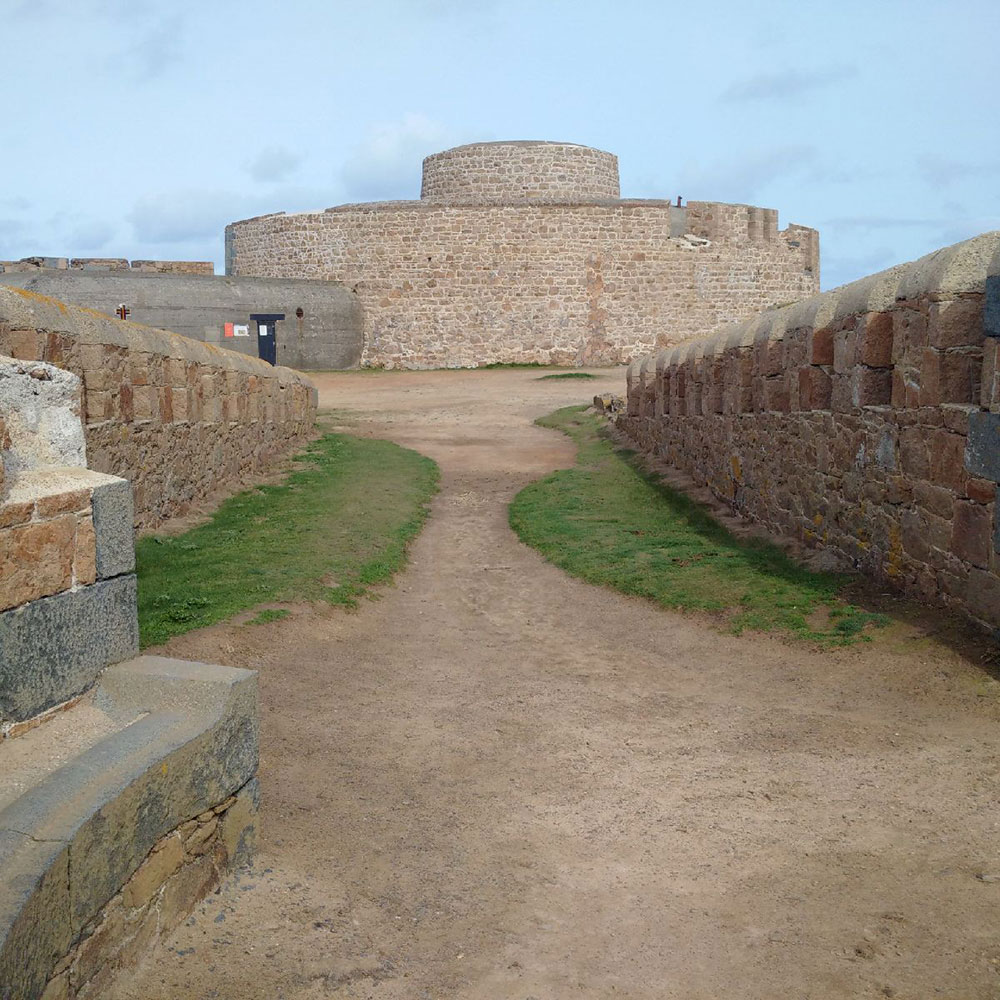 Fort Hommet on Vazon Bay headland, built on the site of fortifications dating back to 1680, with notable additions during the Victorian era and World War Two 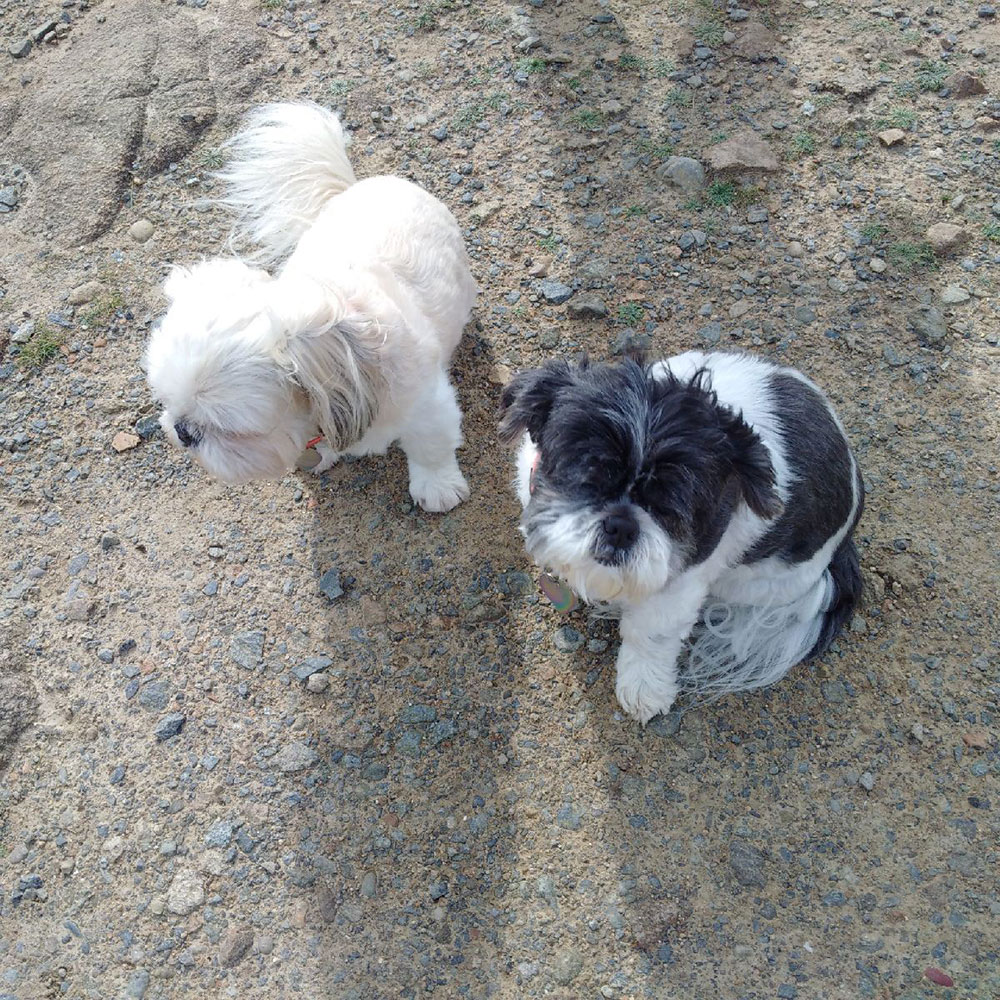 The headland is popular with dog walkers — these two Shih Tzus were out and about with their owners, and decided to strike up a conversation

From Guernsey courier Richard caught the ferry to Jersey, then another to St Malo in northern France. From there he hit the road to Montreux in Switzerland, to meet Korky the cat — fans of the Dandy comic will recognise the reference! Adorable Korky, who was named by Alison’s children, is a calm character who quickly settled in to the journey.

Alison, Clive, Korky and family are moving to Towcester in Northamptonshire; Korky will have short stay at a cattery until everyone else catches up. 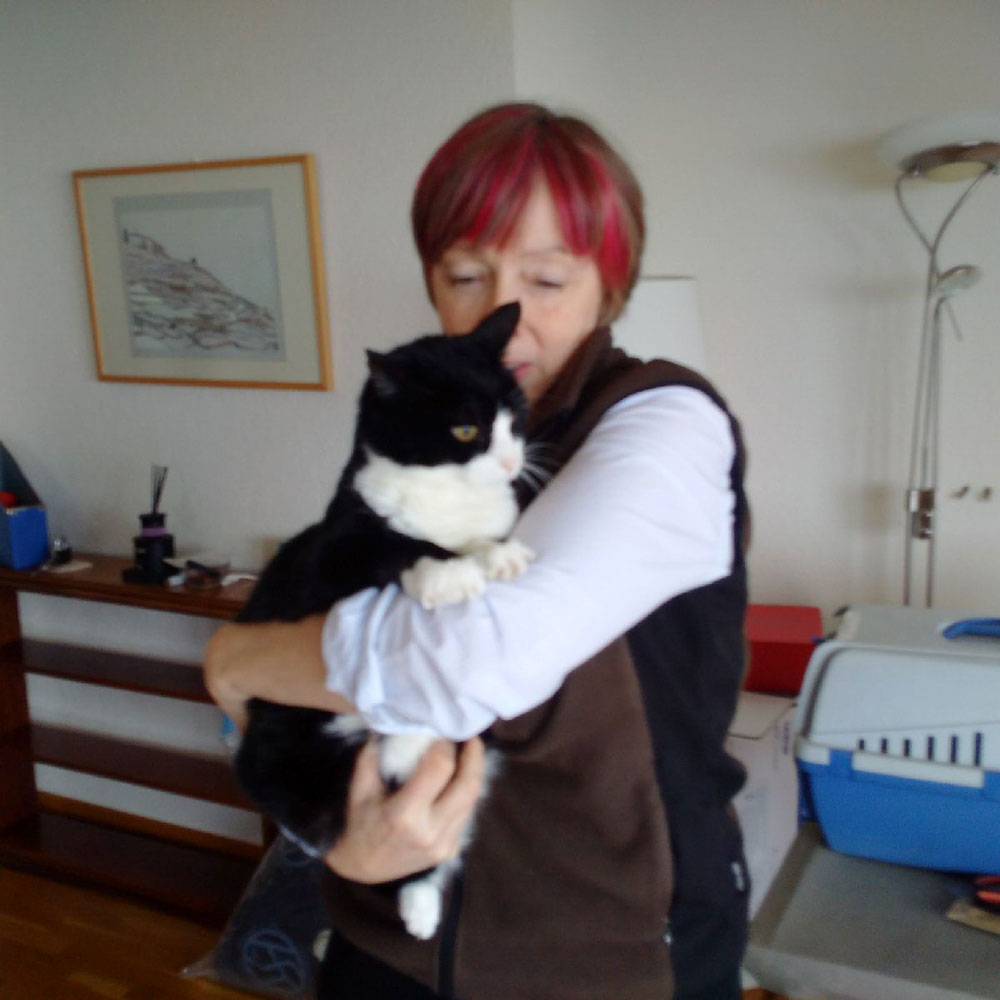 A goodbye hug for Korky from Alison 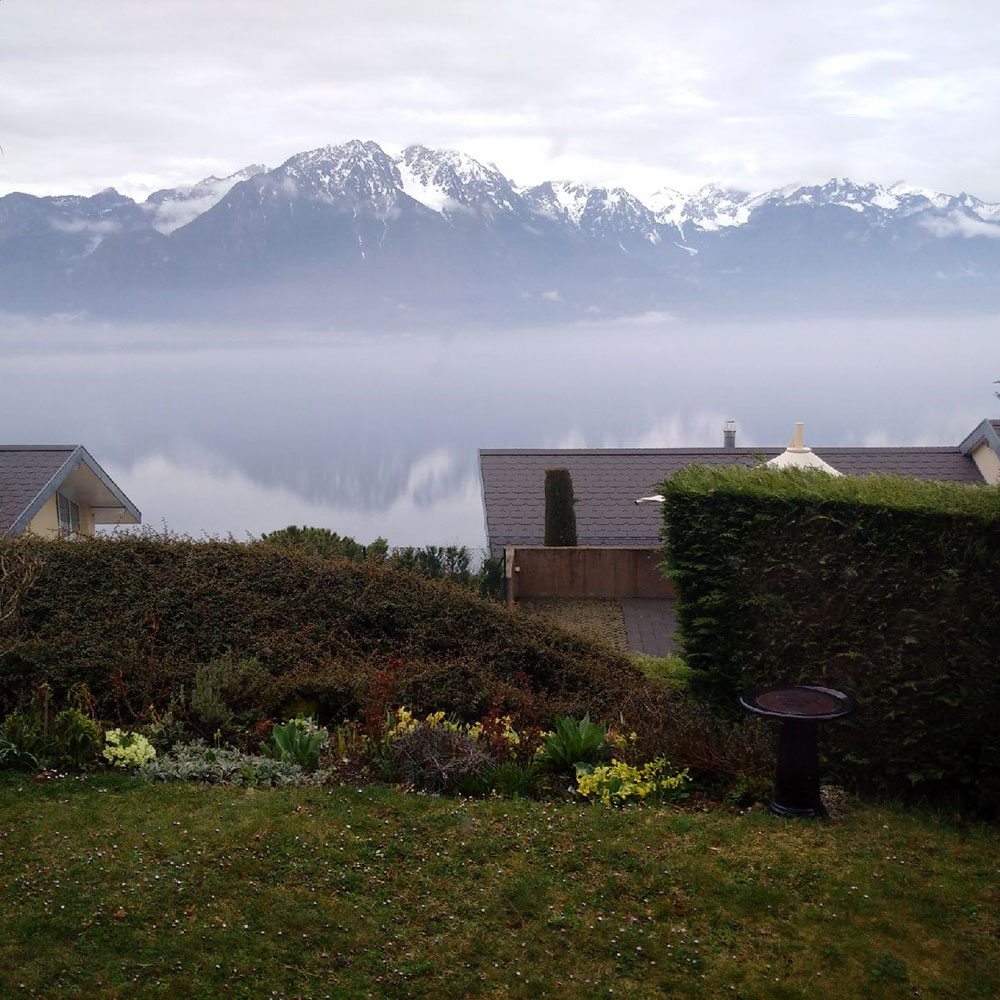 The Alps with a somewhat moody morning look about them

After spending the night in Montreux, courier Richard headed to Bern to meet two more cats, slinky jet black Pippi and Emil. Following a few enjoyable months in Bern, owner Janneke is relocating on a more permanent basis to Belgium, and asked us to transport her cats for her. 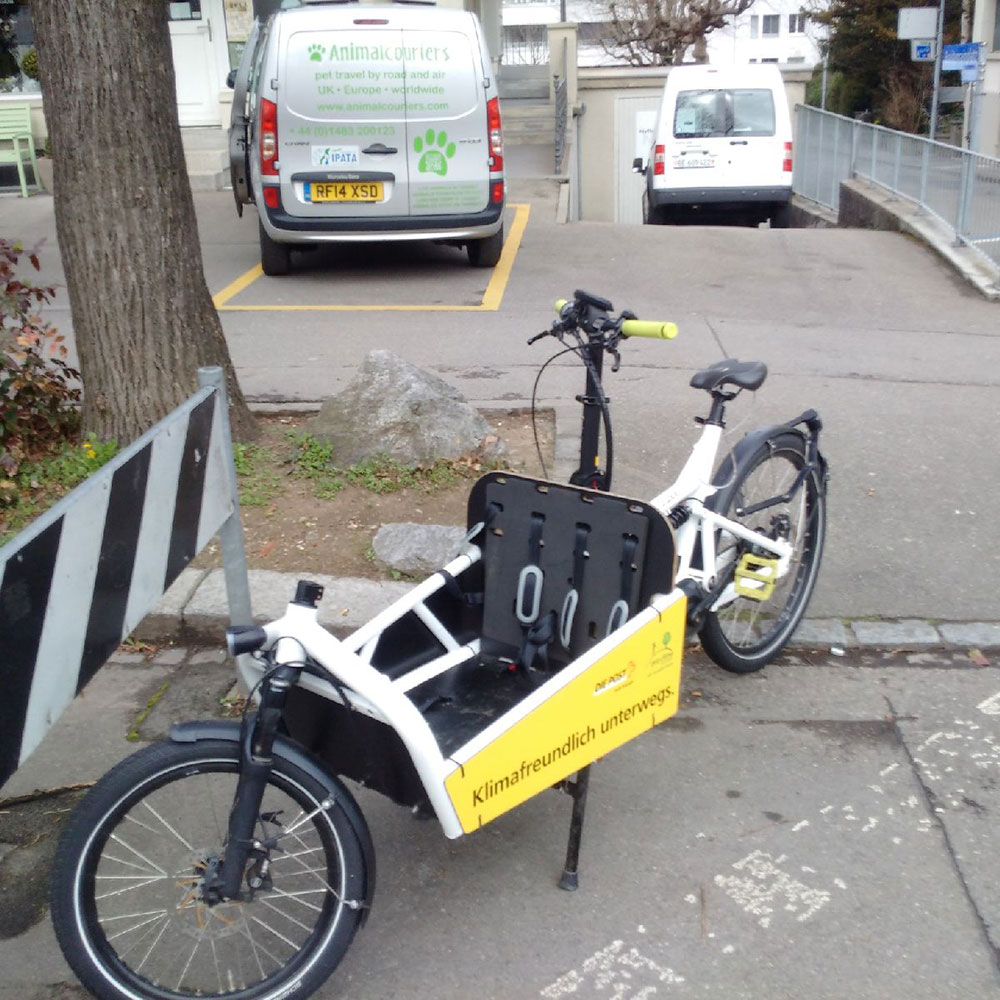 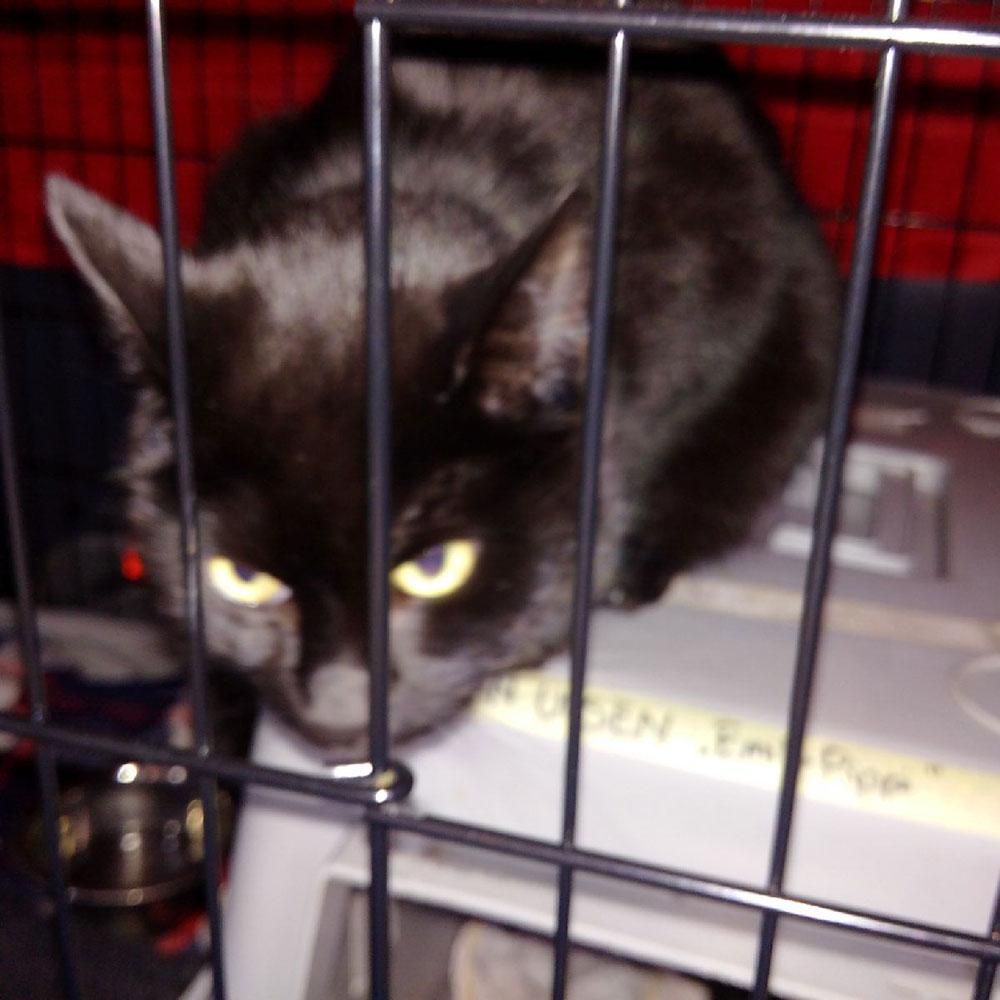 Black cats, especially if they’re a little shy, are notoriously difficult to photograph — here are our best shots of Pippi… 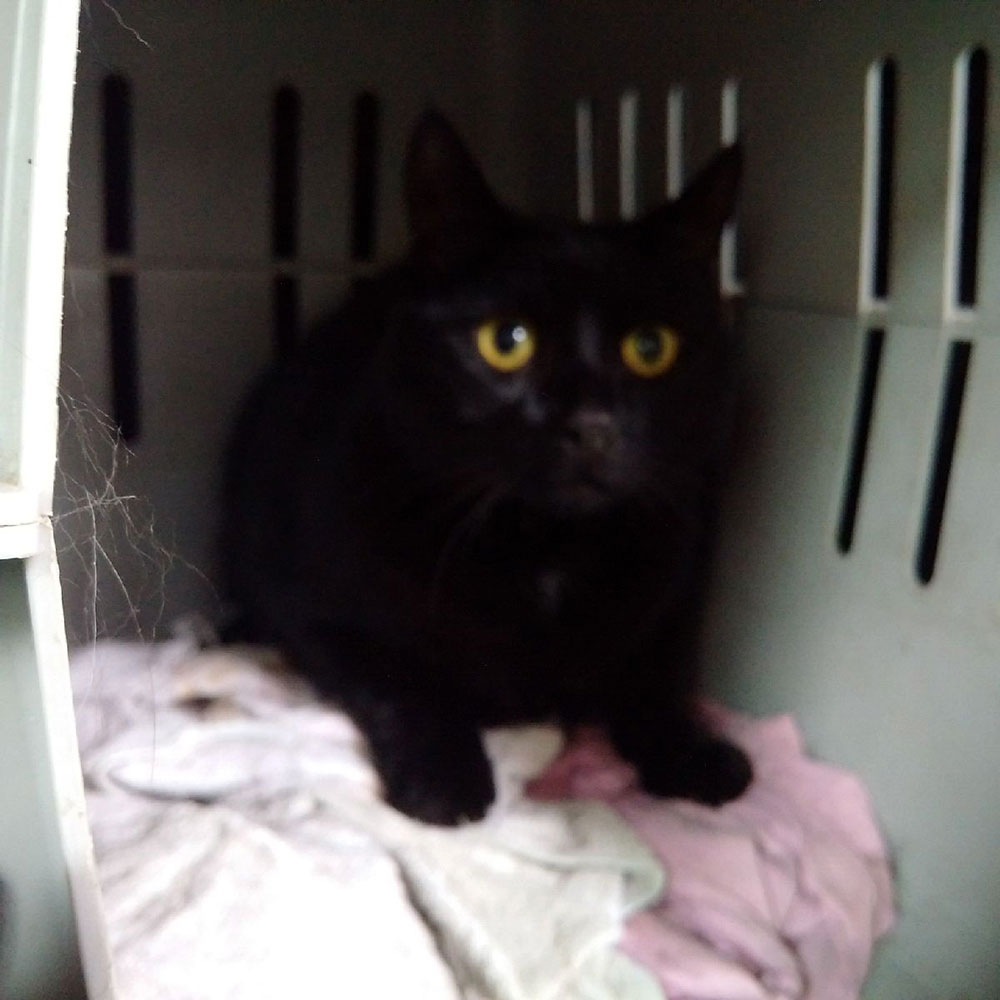 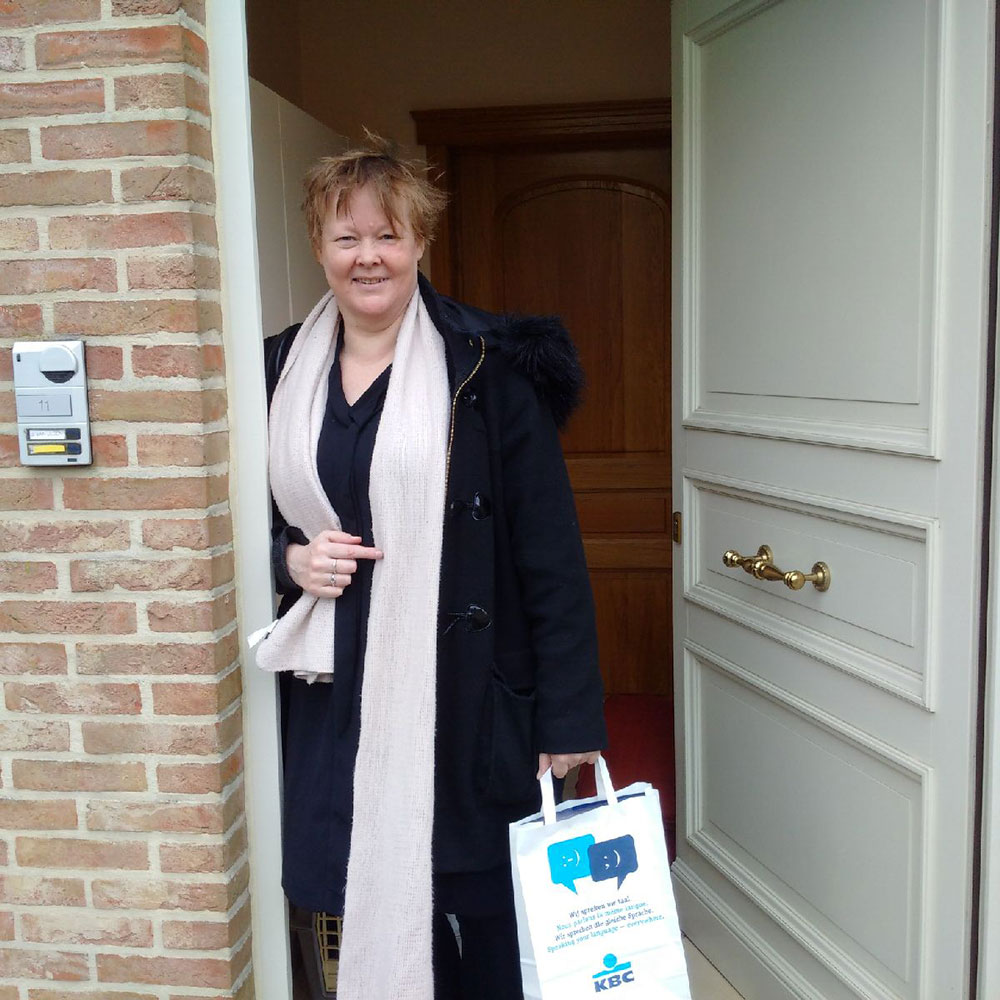 In other news…Teresa from Portugal and Mia from China

Teresa, a cheeky Calico cat who recently travelled with us from Portugal, looks happy in her new home in Suffolk with Simonetta. Simonetta found and adopted Teresa while on holiday in the Vedras area. Teresa was cared for by lovely Christina and Fatima at the Clinica Veterinaria de Vigia until she was ready to travel to the UK. 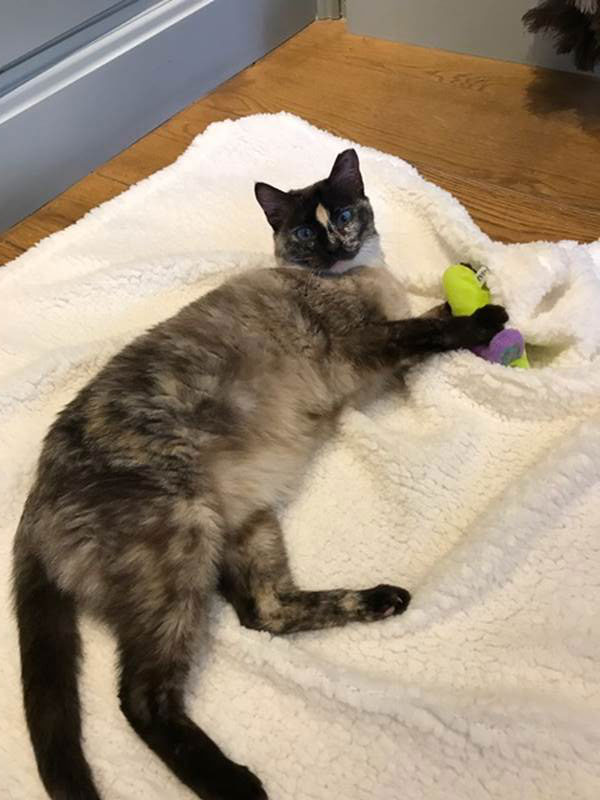 Simonetta wrote to say: “Just wanted to thank you for safely delivering Teresa home to us in Suffolk. She is settling in well.”

Mia was adopted in China by Tamara when she was on a visit. Tamara contacted us for help a day before Mia was due to land at Charles de Gaulle airport in Paris, as she had been let down on the collection.

Courier Richard stepped in to meet Mia at the airport, where she arrived as checked baggage. He drove her to the UK as far as courier J’s home, and Tamara came to collect her. Sweet Mia has a lovely new life on a farm in Salisbury. 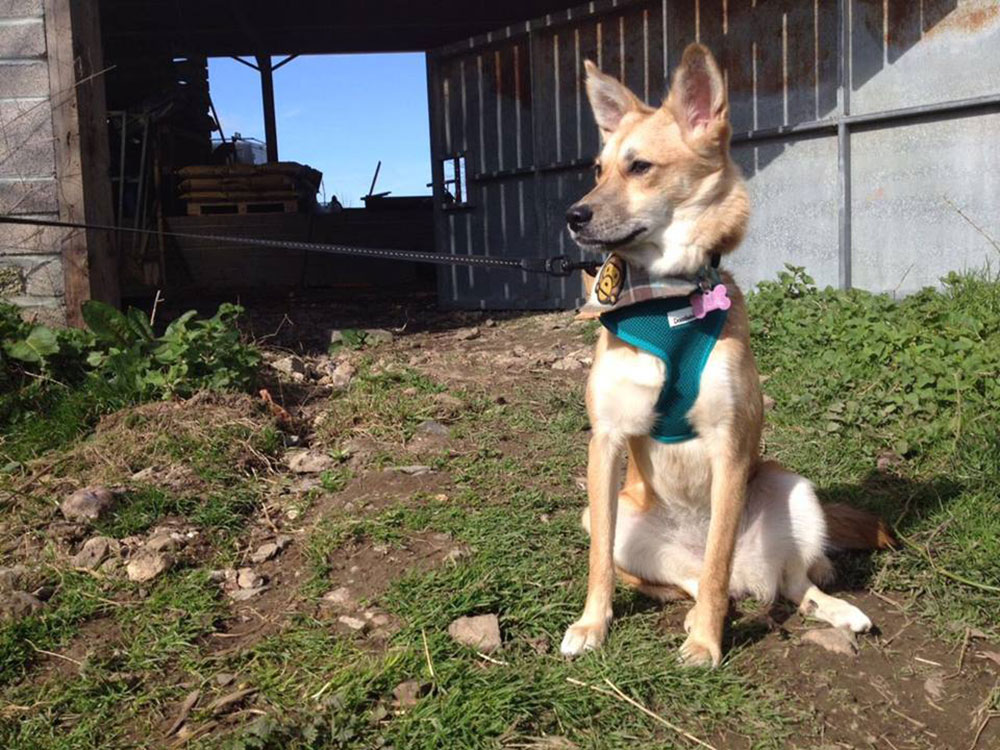 Tamara wrote to say: “Thank you so much for arranging to collect Mia on such short notice, we sincerely appreciate it. Aimee, who travelled with Mia, tells us she was very pleased with the service provided… 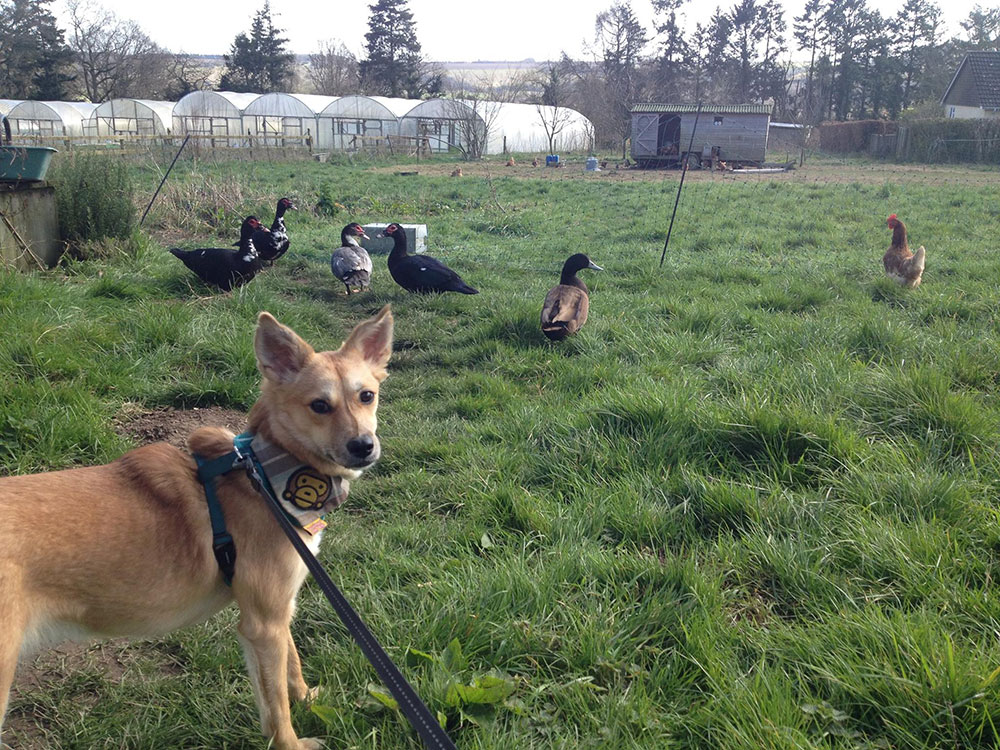 … Mia is already settling in well and has had a good first day on the farm.”