The name’s Bond — and Pussycat, Angus, Mollie, Pax and Todd

Courier Richard is just on his way back from a quick tour round Switzerland and France, collecting dogs and cats heading to destinations from Cornwall to Scotland.

Our first stop was in Morges in Switzerland to collect Bond, an adored and adorable Jack Russell Terrier. Bond and owner Angela are heading back to the UK after a period living in Switzerland. Bond was Angela’s top priority when it came to making the move to the West Country. He’ll arrive a few days ahead of her, and have a short stay at Burntwood Kennels until Angela catches up. 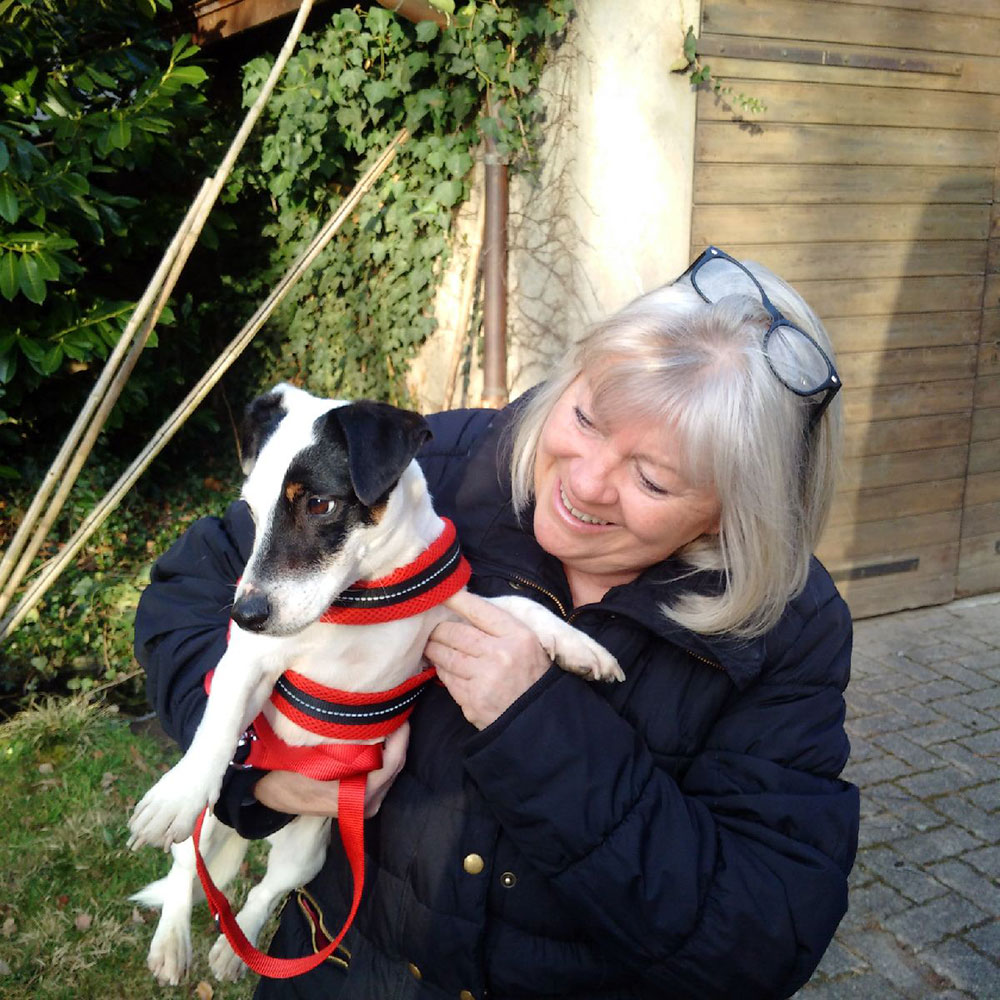 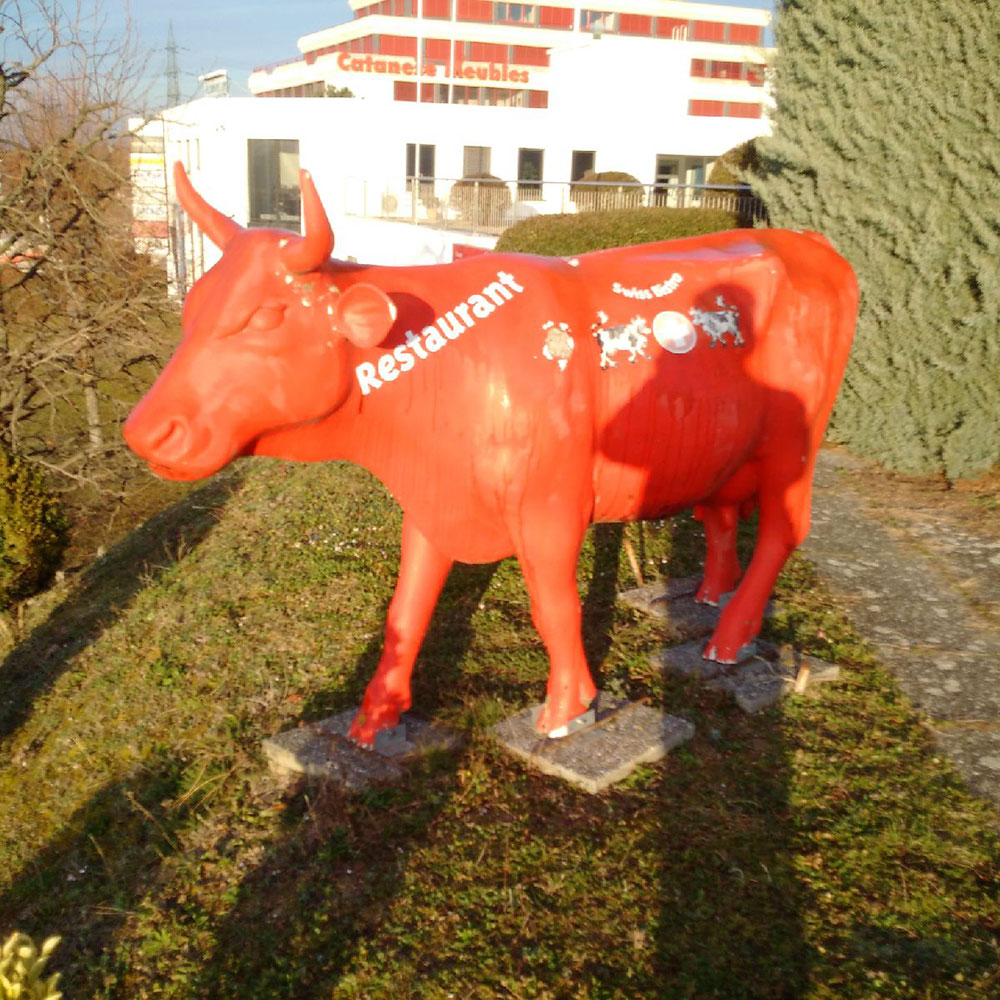 Fortunately, courier Richard didn’t have to try and fit this cow on board as well… 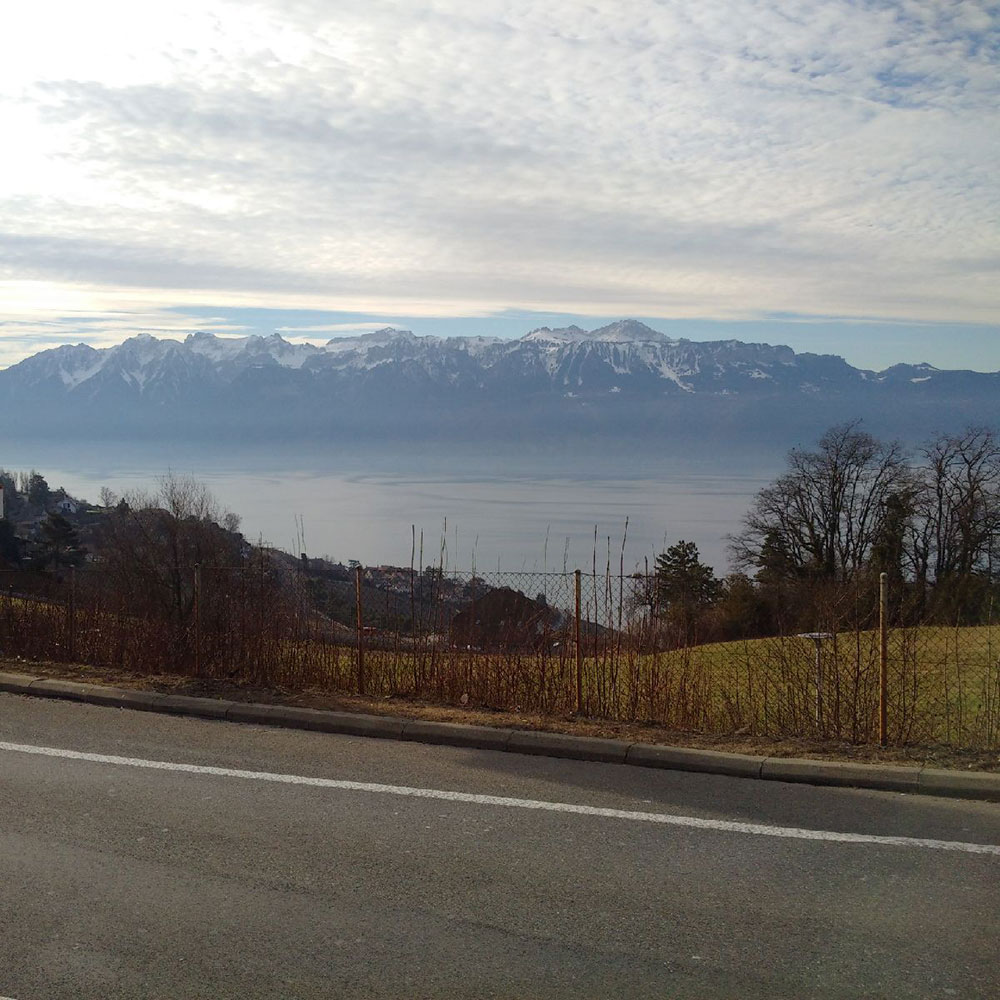 A morning view to make your heart sing

Pauline offered Pussycat a home when she was abandoned, and Pussycat graciously agreed to stay. After many happy years in the south of France, Pauline is now moving to Wiltshire, and Pussycat is going too. 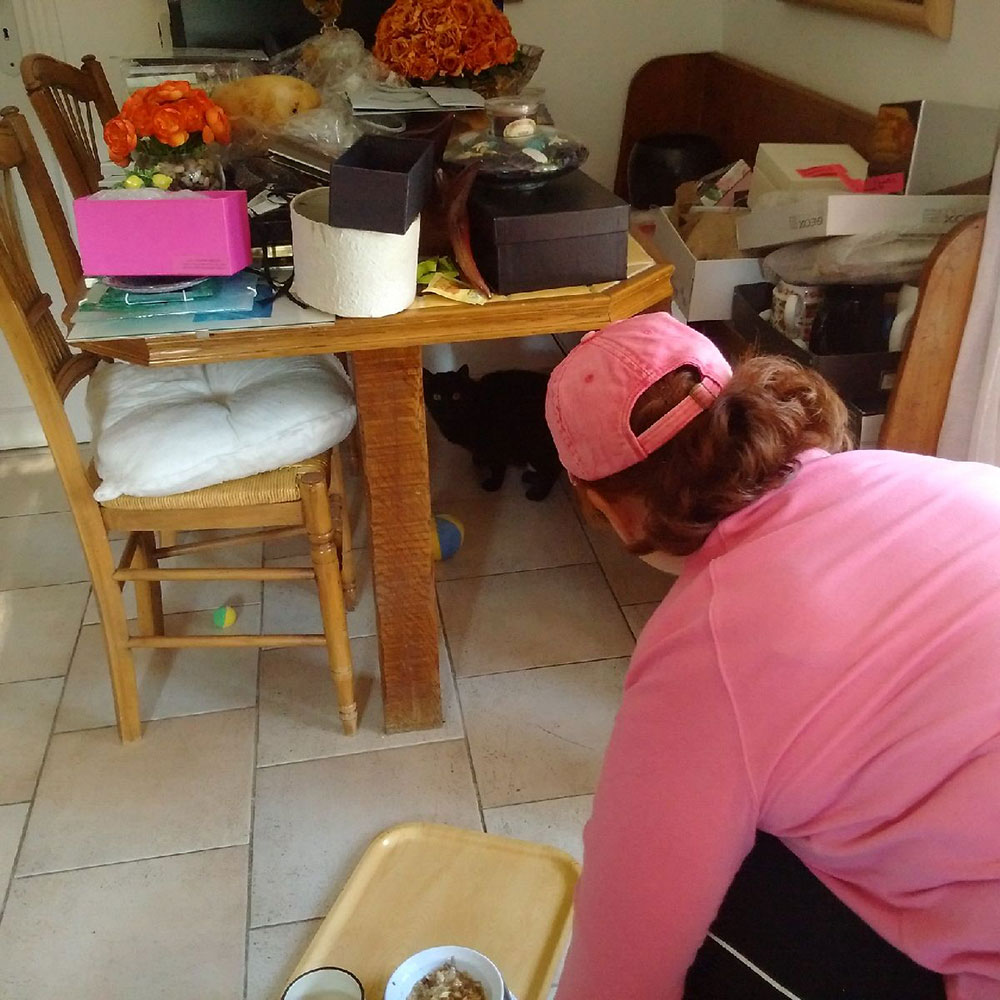 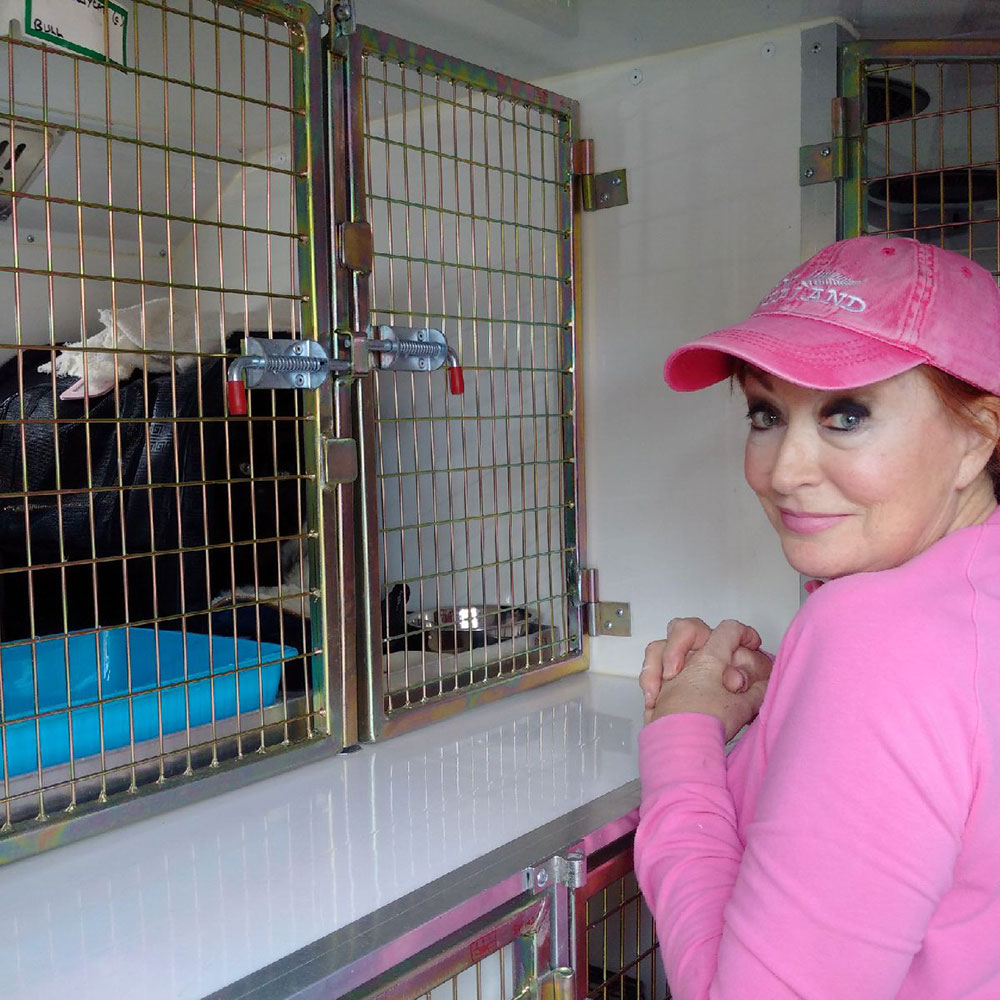 Pauline saying goodbye to Pussycat — now that the relationship is so well established, Pauline is considering giving her a more imaginative name 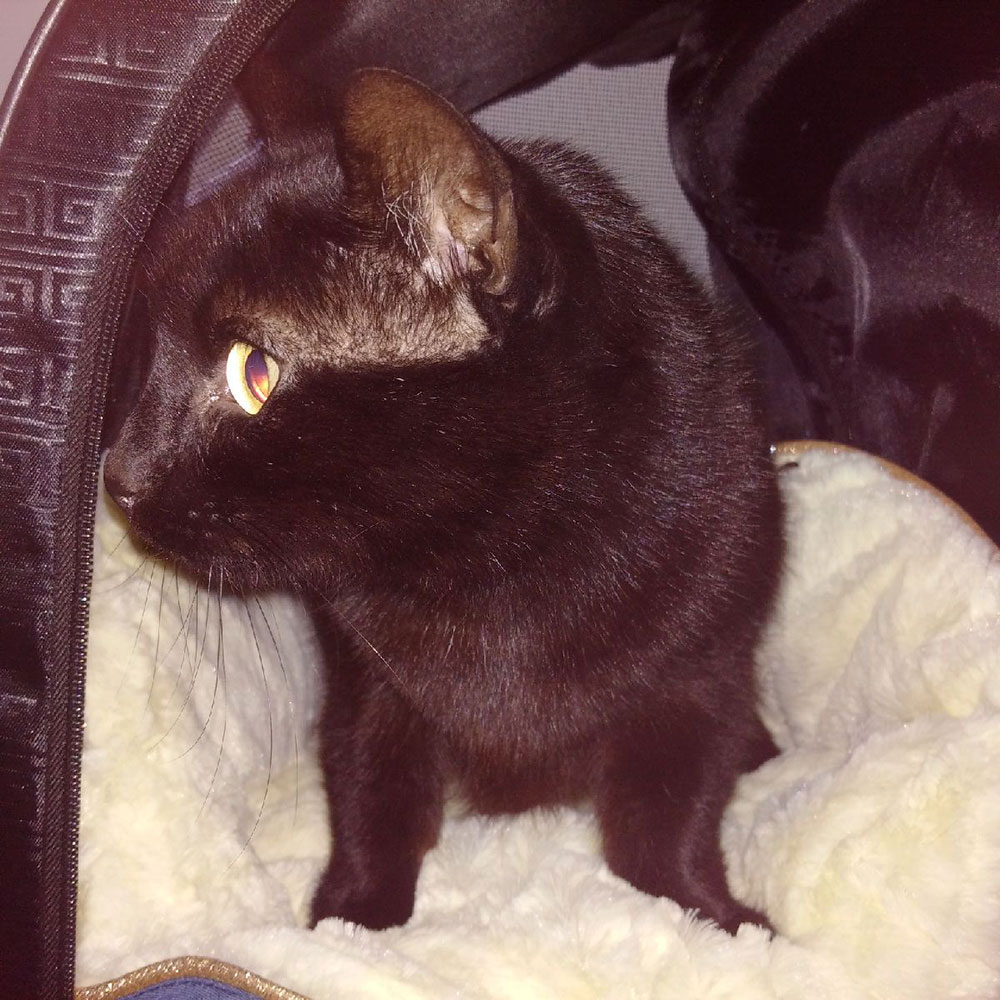 Gallic charmer Pussycat settling in for the ride 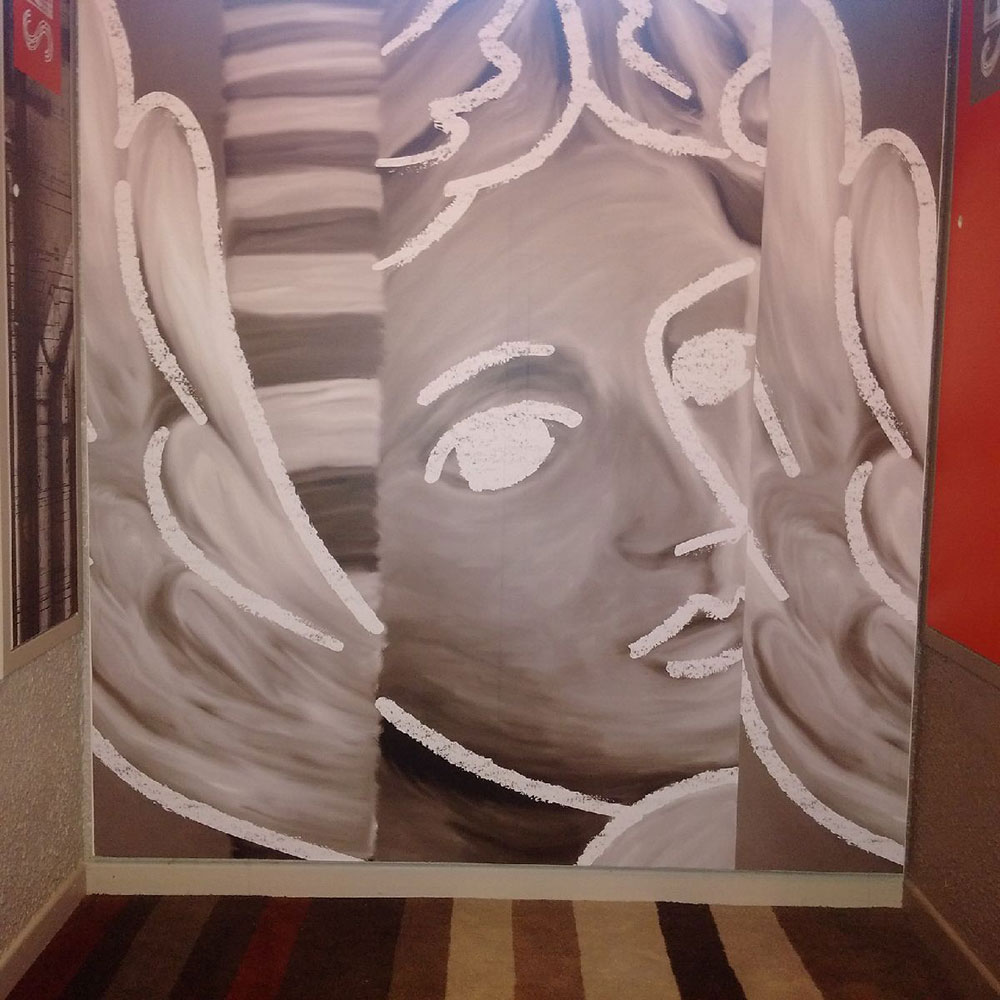 An interesting piece of wall art at the hotel last night

Boston Terrier Angus belongs to Carlo and Nichole, who’ve moved to Scotland. While waiting to travel, Angus has been in the tender care of Sandrine, Guillaume and Alison in Vinay, in south-eastern France. 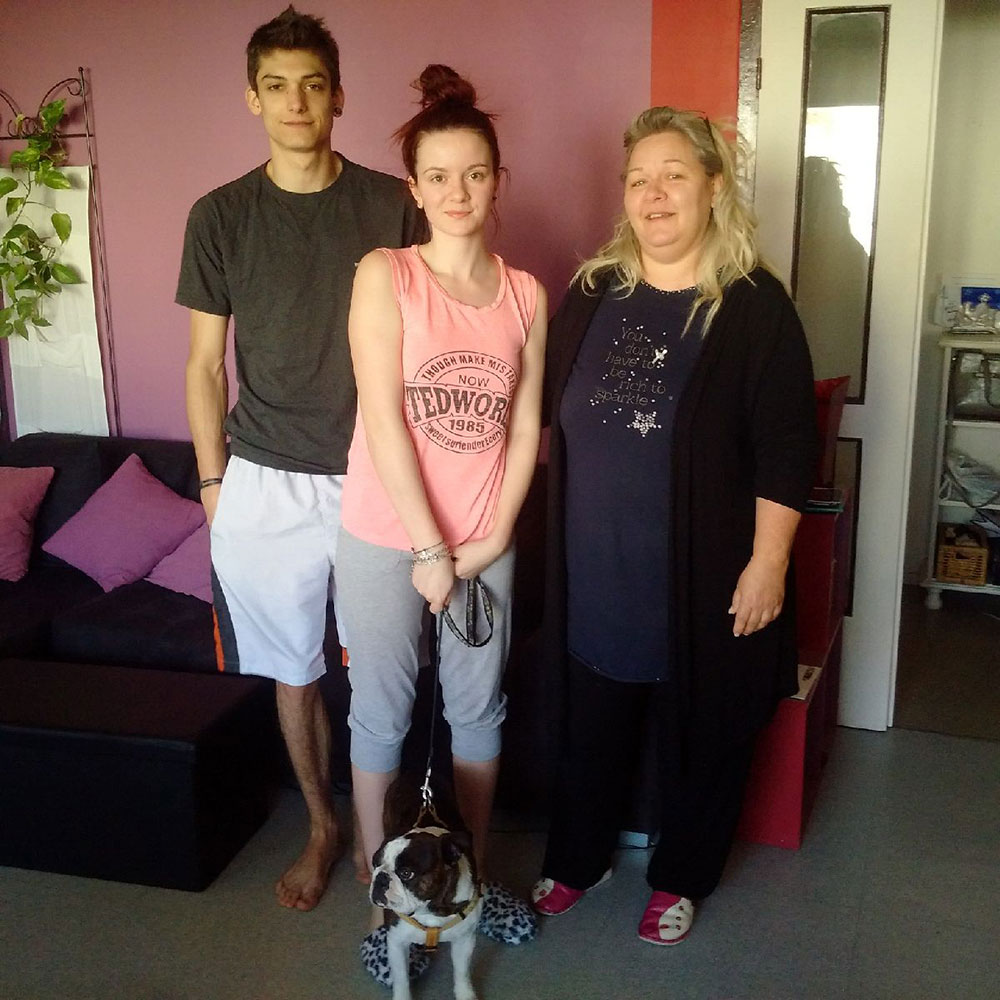 Angus with his carers (L to R) Guillaume, Alison and Sandrine 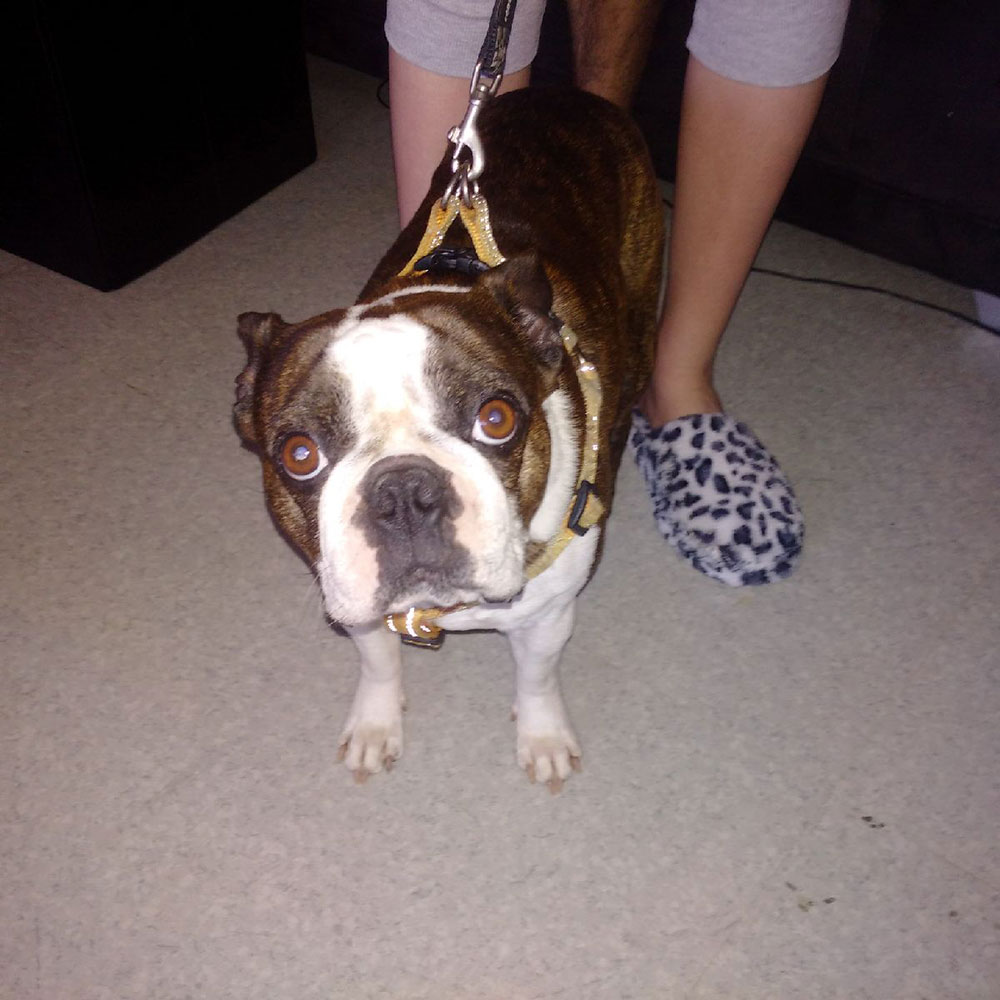 Our final collection was just a little further north, near Lyon, where Bulldogs Mollie and Pax, and their feline chum Todd, were waiting. They belong to Ben and Elodie, who both work in IT. Ben has worked in various European locations over the past 15 years, and met Elodie in the Netherlands. Married for six years, they’ve now decided to move to Ben’s native Padstow in Cornwall. 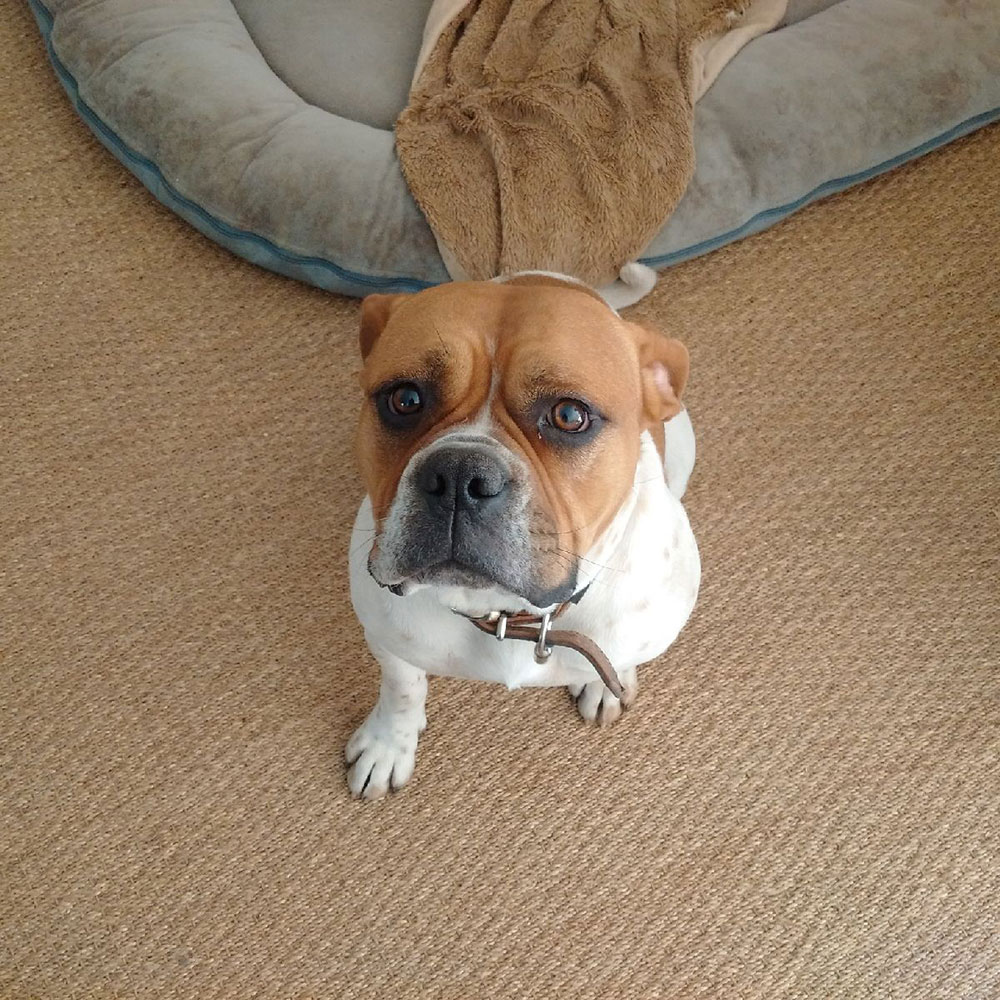 Affable, friendly Mollie was first to greet courier Richard at the gate, ready to shake paws 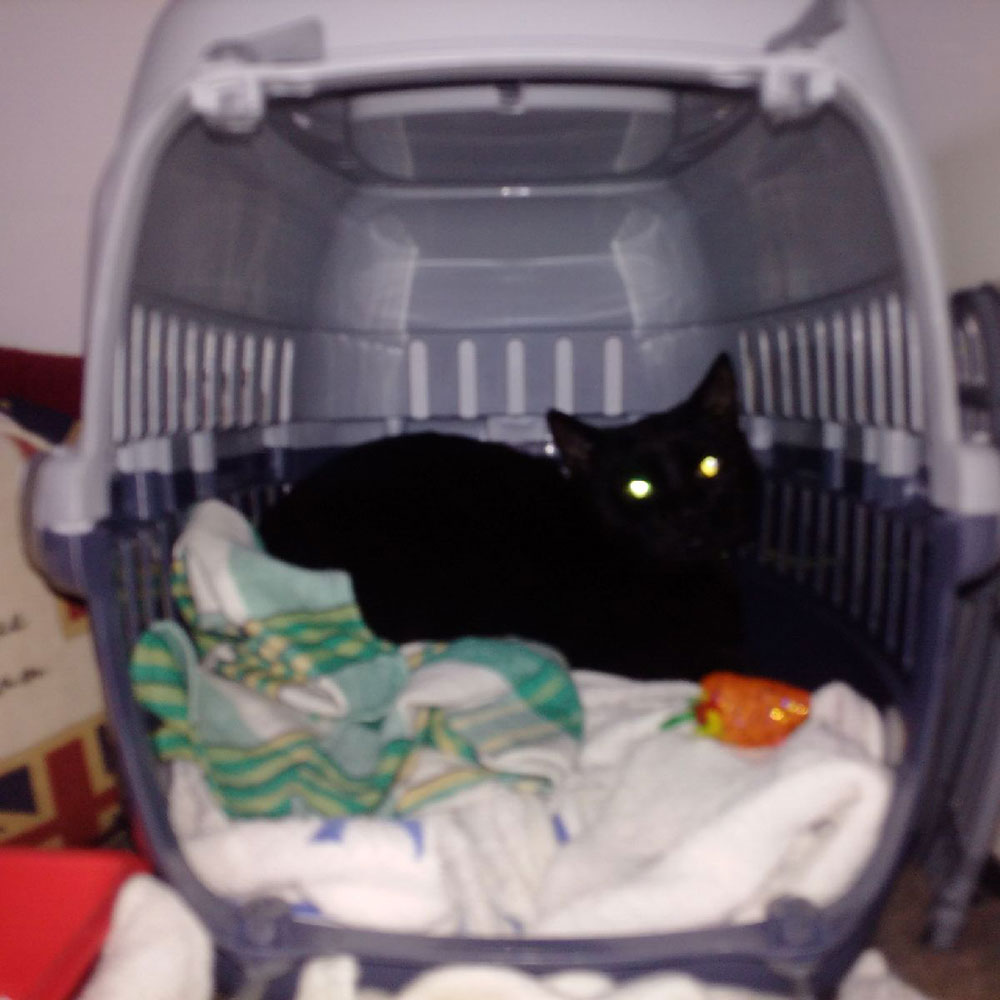 Ben and Elodie adopted slinky black Todd after finding him abandoned in their garden. Keener on treats than people, he nevertheless quickly made himself at home in his bedroom. 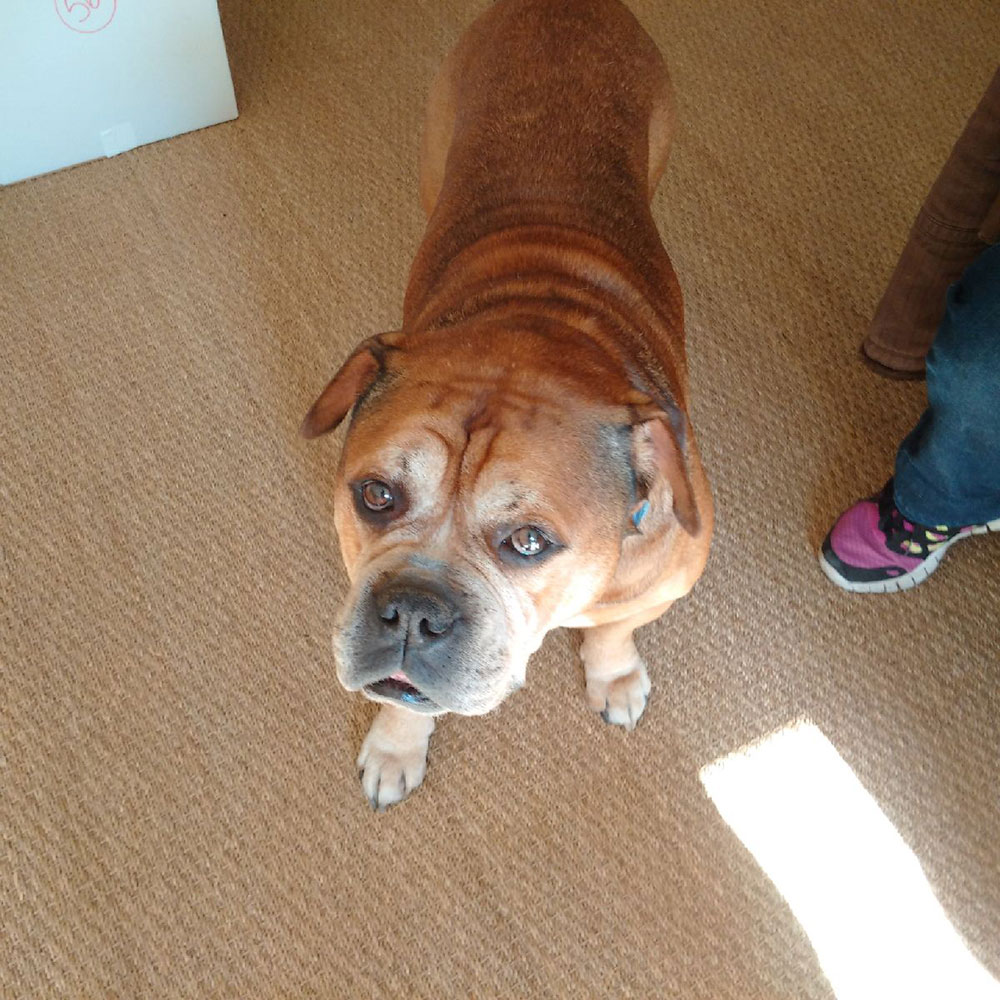 Dear Pax is the senior member of the trio. A little arthritic and not as sprightly as Mollie, he still shares her lovable temperament. He has plenty of soft bedding for the journey to keep him comfortable.