Collecting pets in Italy and Switzerland, and happy reunions in the UK

When we got off the ferry from Greece, it fell to Oberon to charm the Italian customs officers who came to inspect the Animalcouriers van. 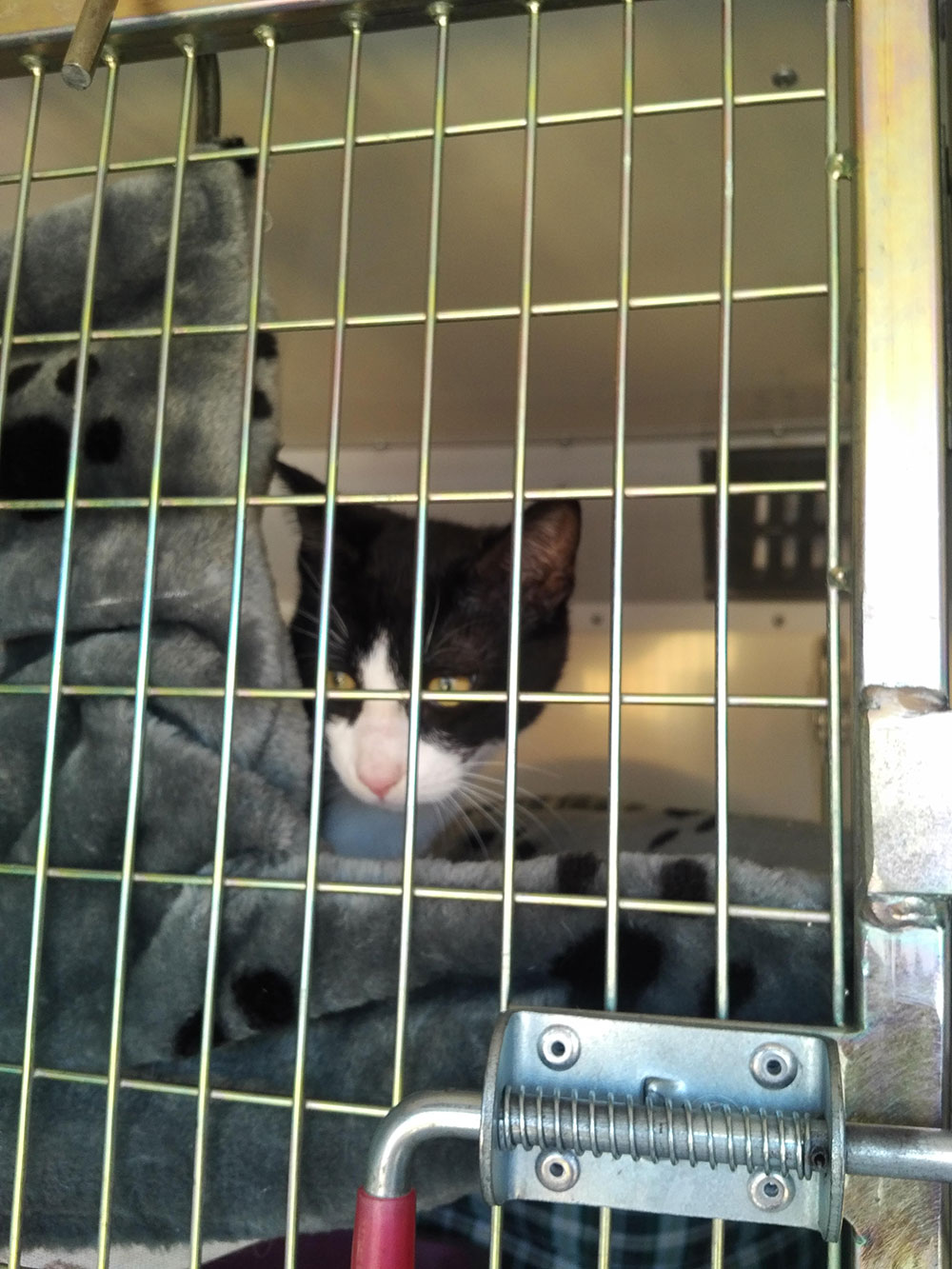 As the four officers peered into our van, clever Oberon popped his head out of his hammock. “Bello gato!” chorused the officials. Then they saw Sunny and all of the dogs. “Belli belli!” came the unanimous verdict. Proof, if ever it was needed, of the power of cute! 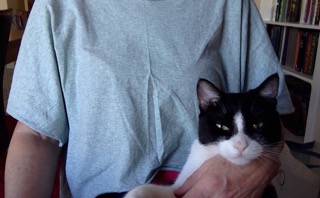 This is Figaro, who’s waiting in the UK for his new playmate, Oberon. A right pair of looky likeys they’ll make! 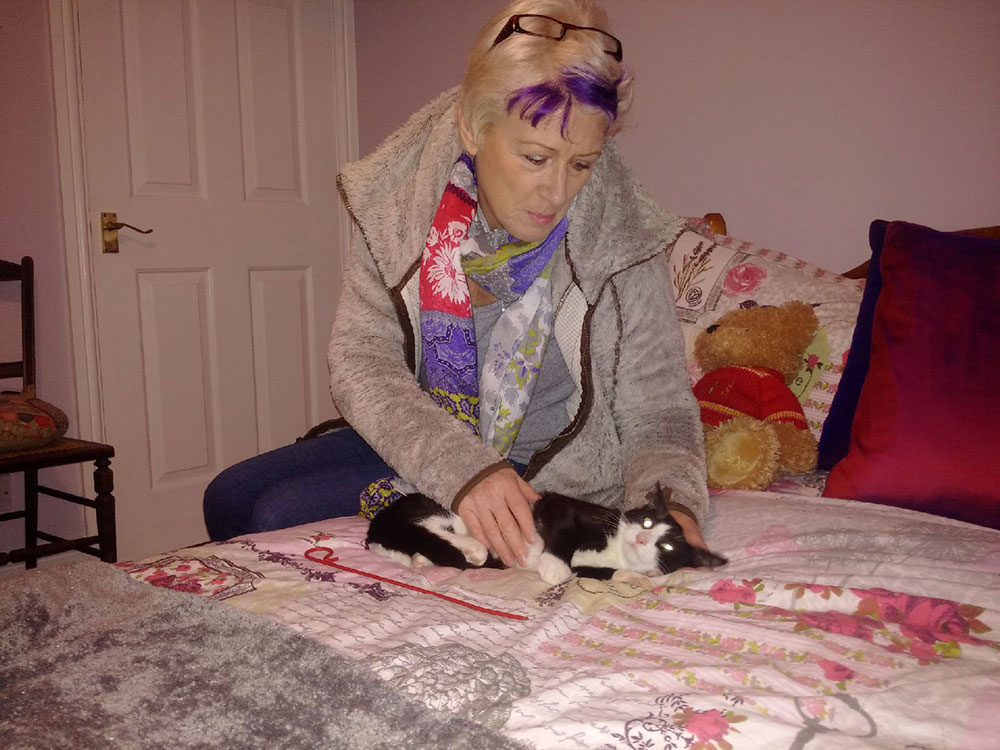 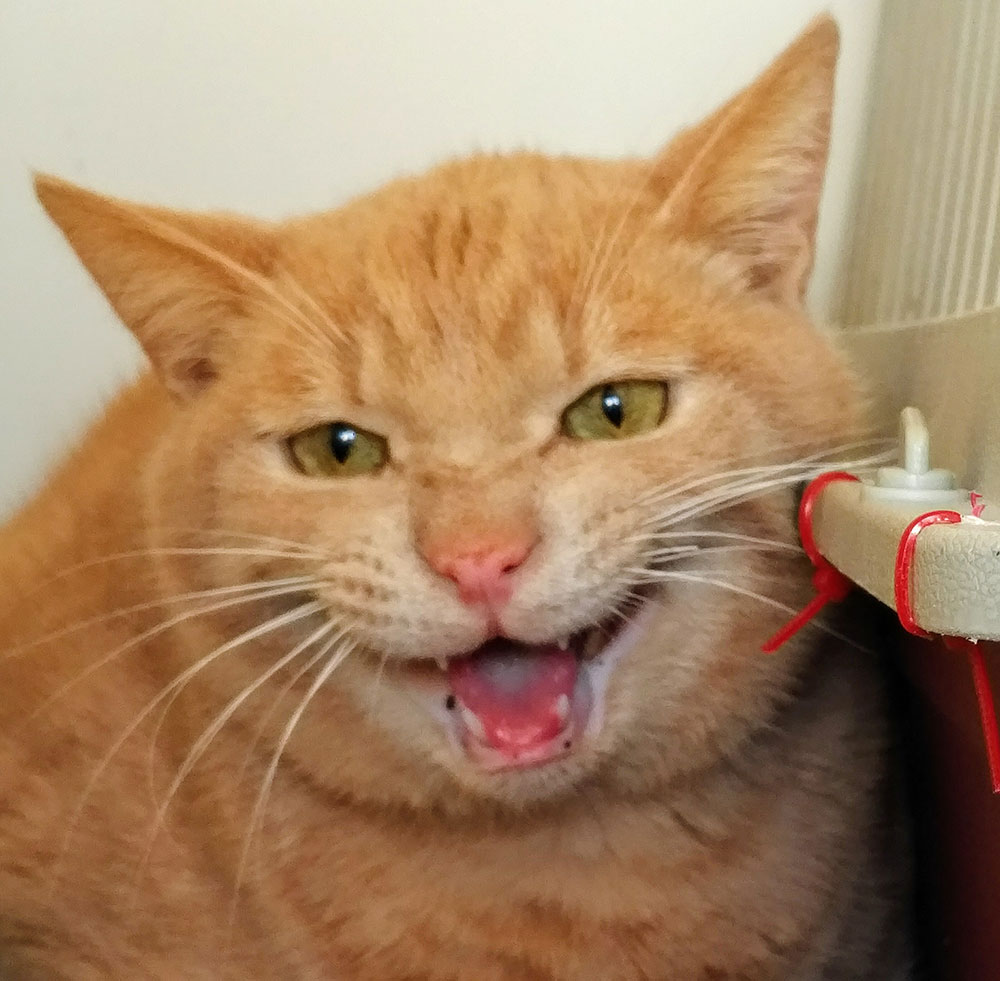 A ‘good morning’ smile from Sunny 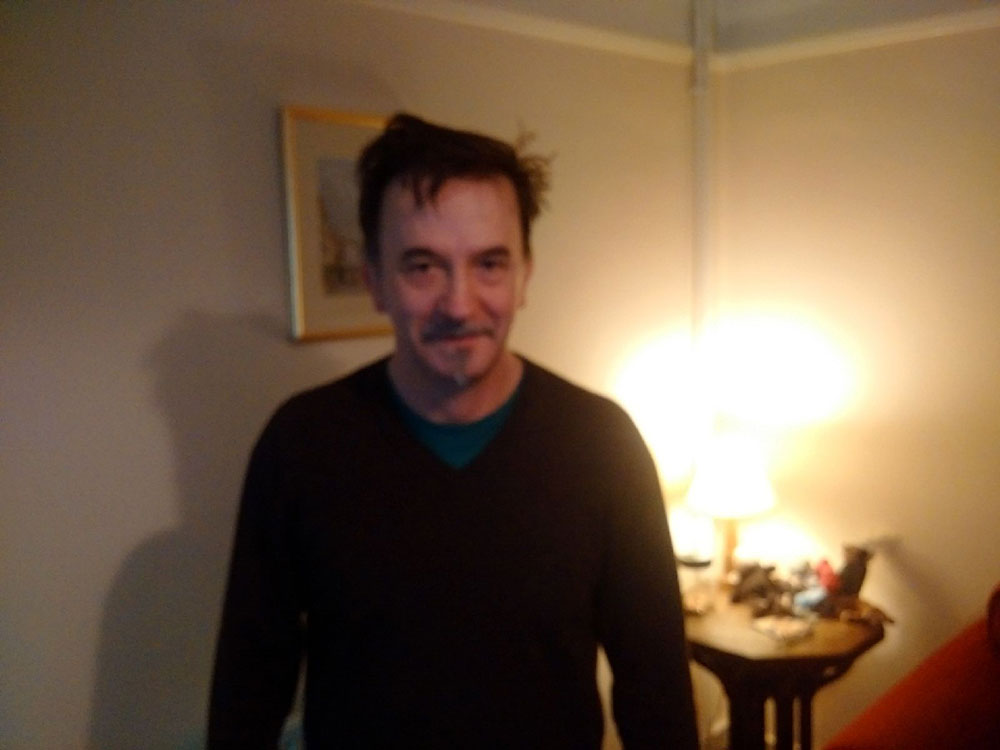 When we delivered Sunny, he did the typical cat thing of running off to hide. So we had to settle for a photo of his new owner, Arthur!

The first UK-bound passengers to join us in Italy were Valentina’s gorgeous cats, Ebi and Brodo, from the Rome area. All are on their way to Brighton, where Valentina’s husband is waiting for the family to join him. 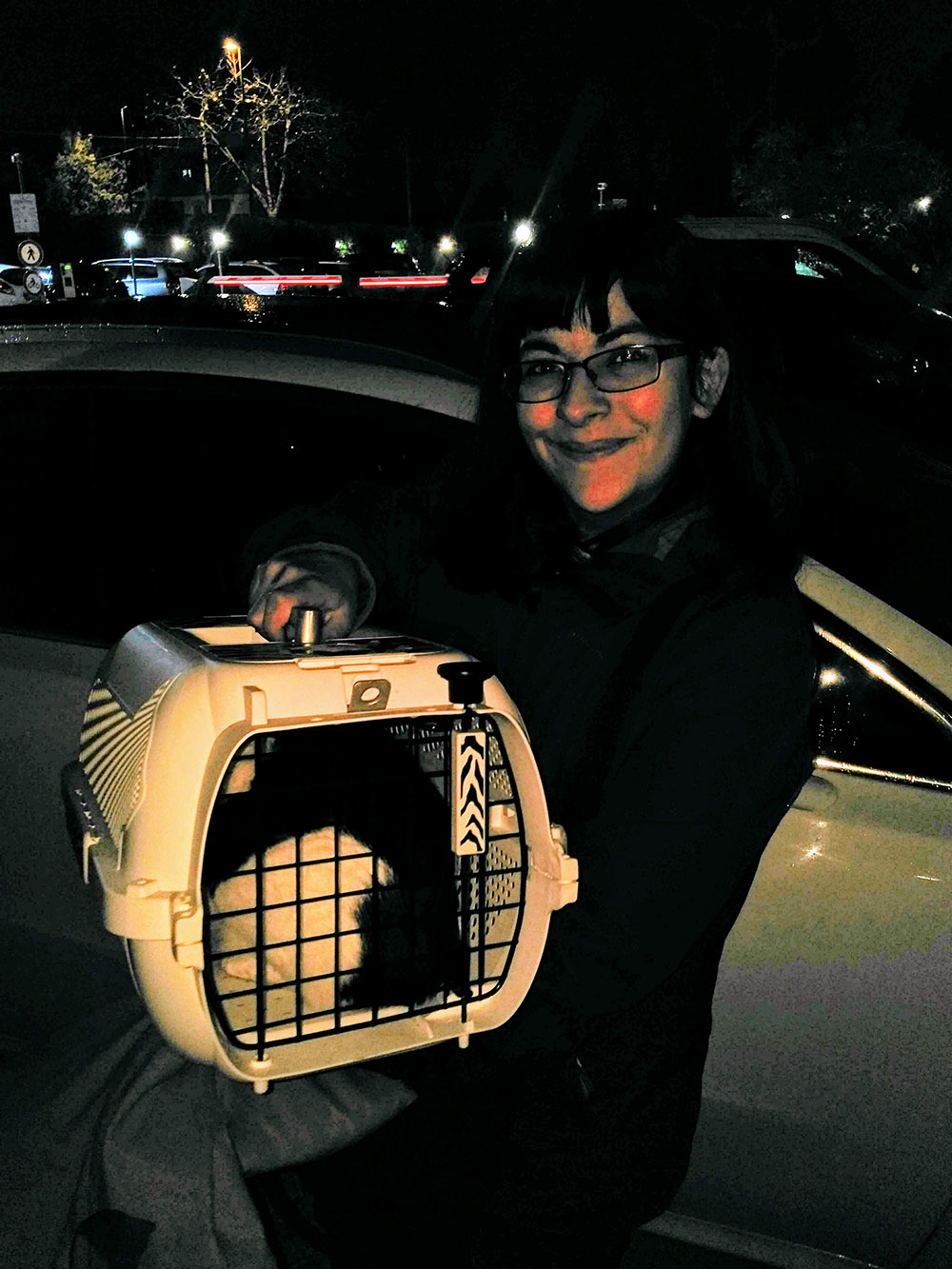 In Fiumicino we met up with Demetrio and Patricia and their beautiful dog, Agnese. Together they had travelled from Sicily and had spent a couple of nights at a B&B. With Agnese safely on board with us, Demetrio and Patricia flew on to Luton, where they have relocated to be with their son and his family. 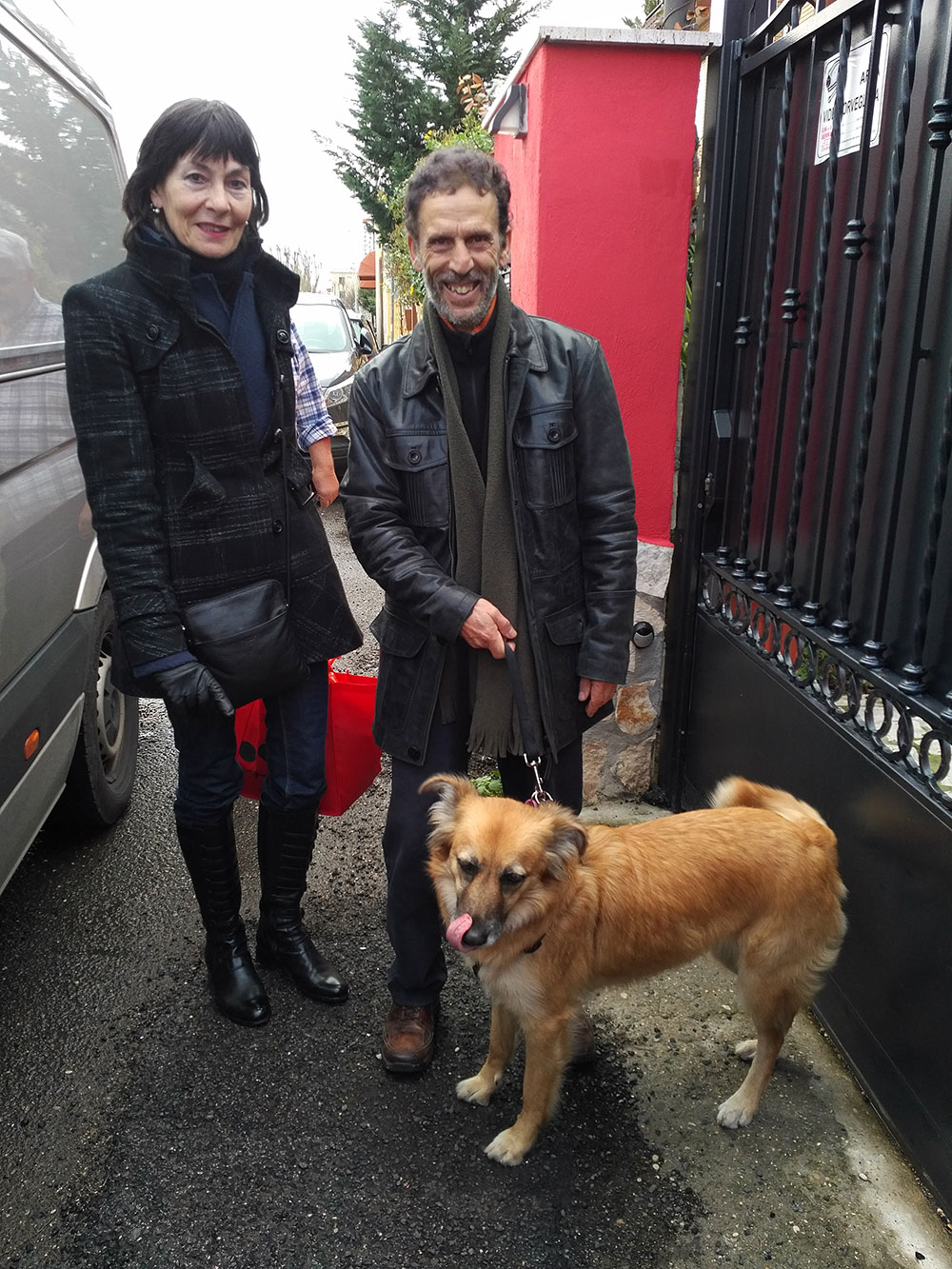 Demetrio and Patricia clearly dote on Agnese, and we can see why — she has the sweetest nature 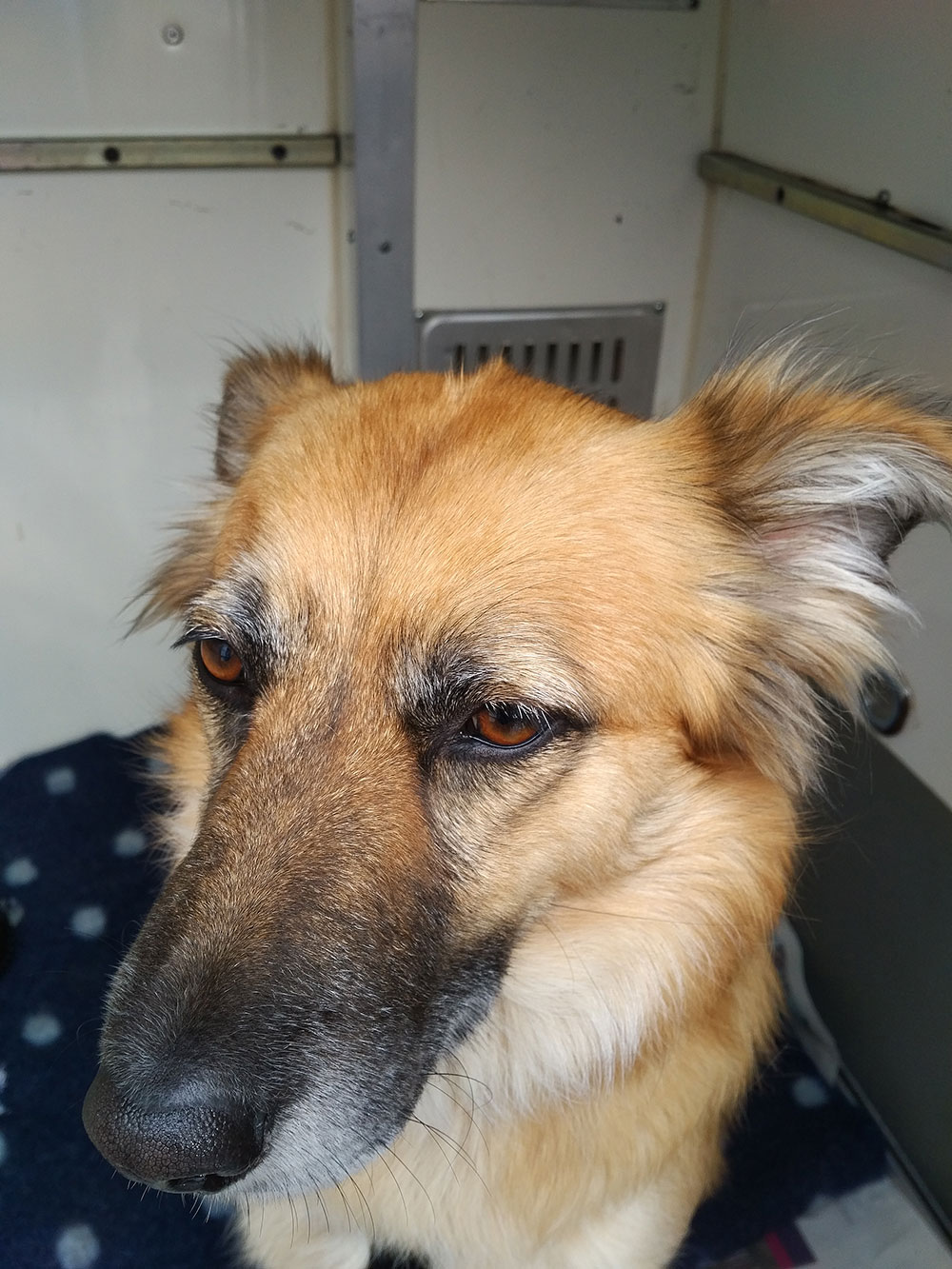 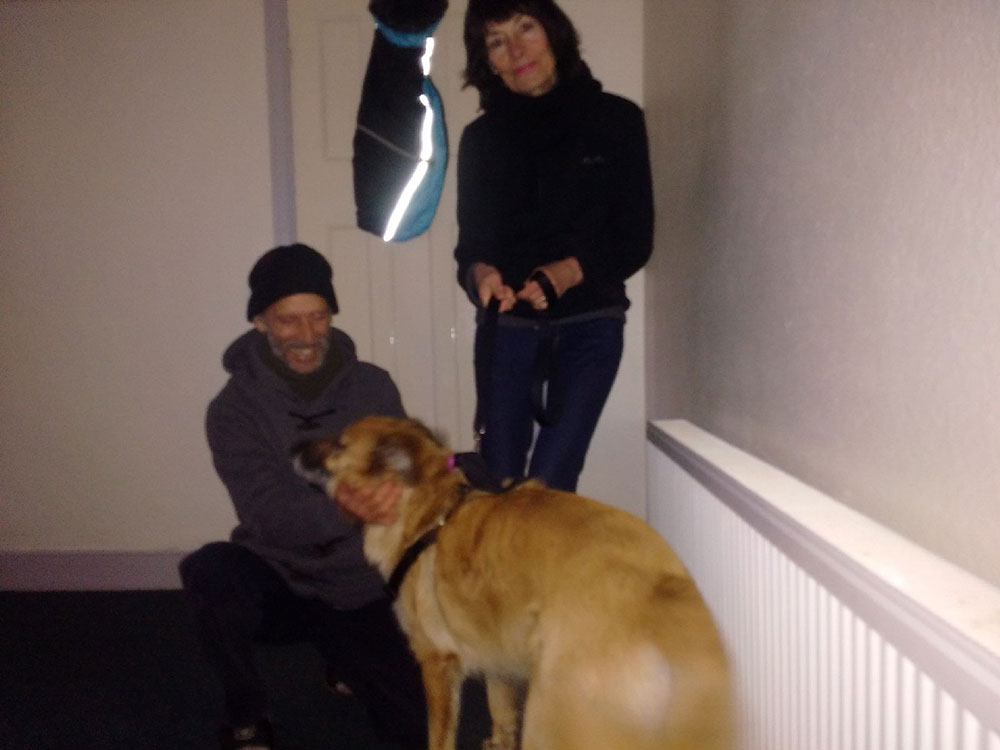 Happy reunion for Agnese with Demetrio and Patricia in Luton

When Evangelina and Matteo moved to the UK, they were worried about finding accommodation that would accept their cat Moggie. So they left her in the care of their friend Elena, a trainee vet, and her partner Claudio.

Now Evangelina and Matteo have now found accommodation where Moggie can live, so they’ve sent for her to join them. 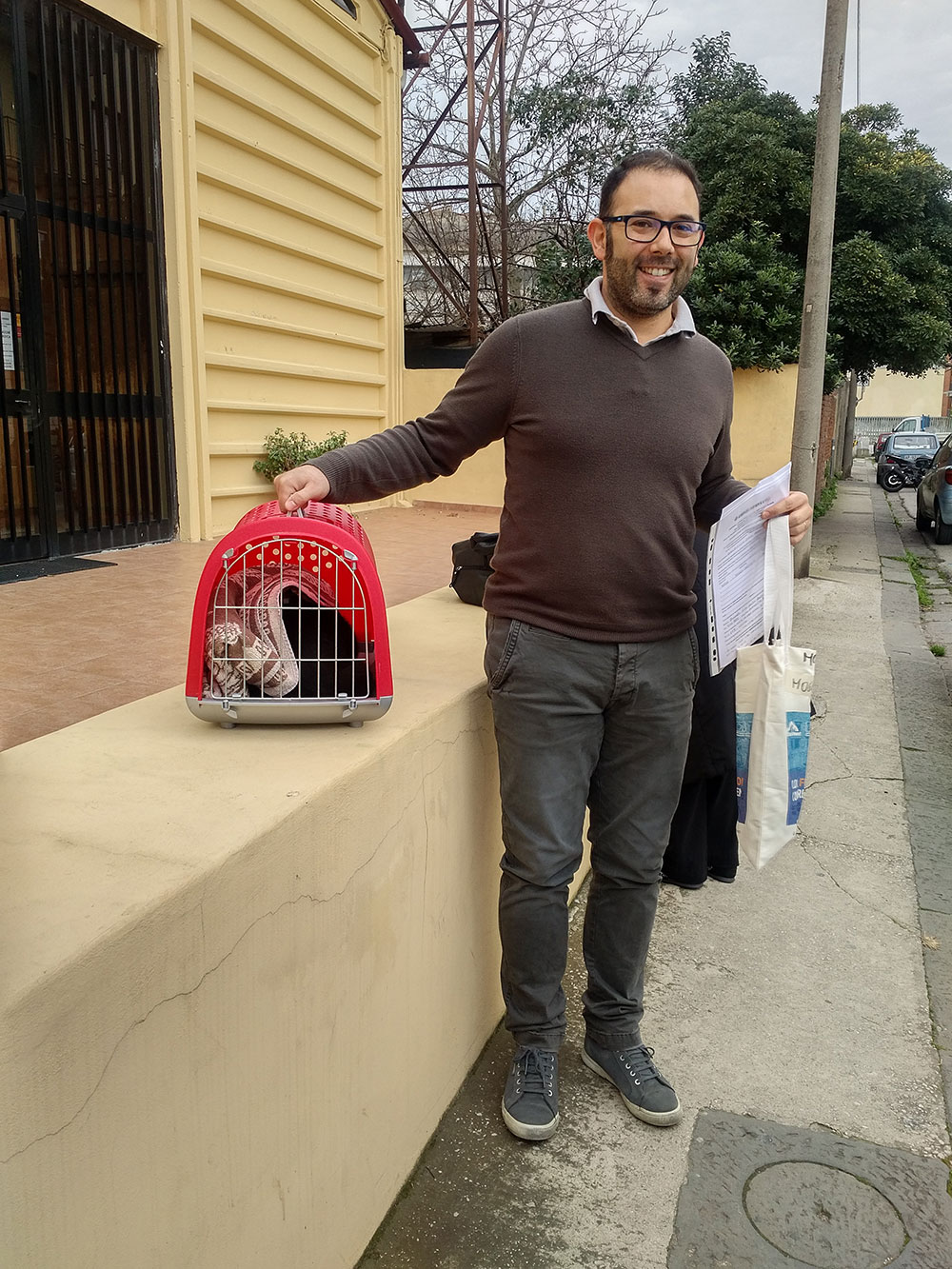 We met up with Claudio in Pisa to collect Moggie 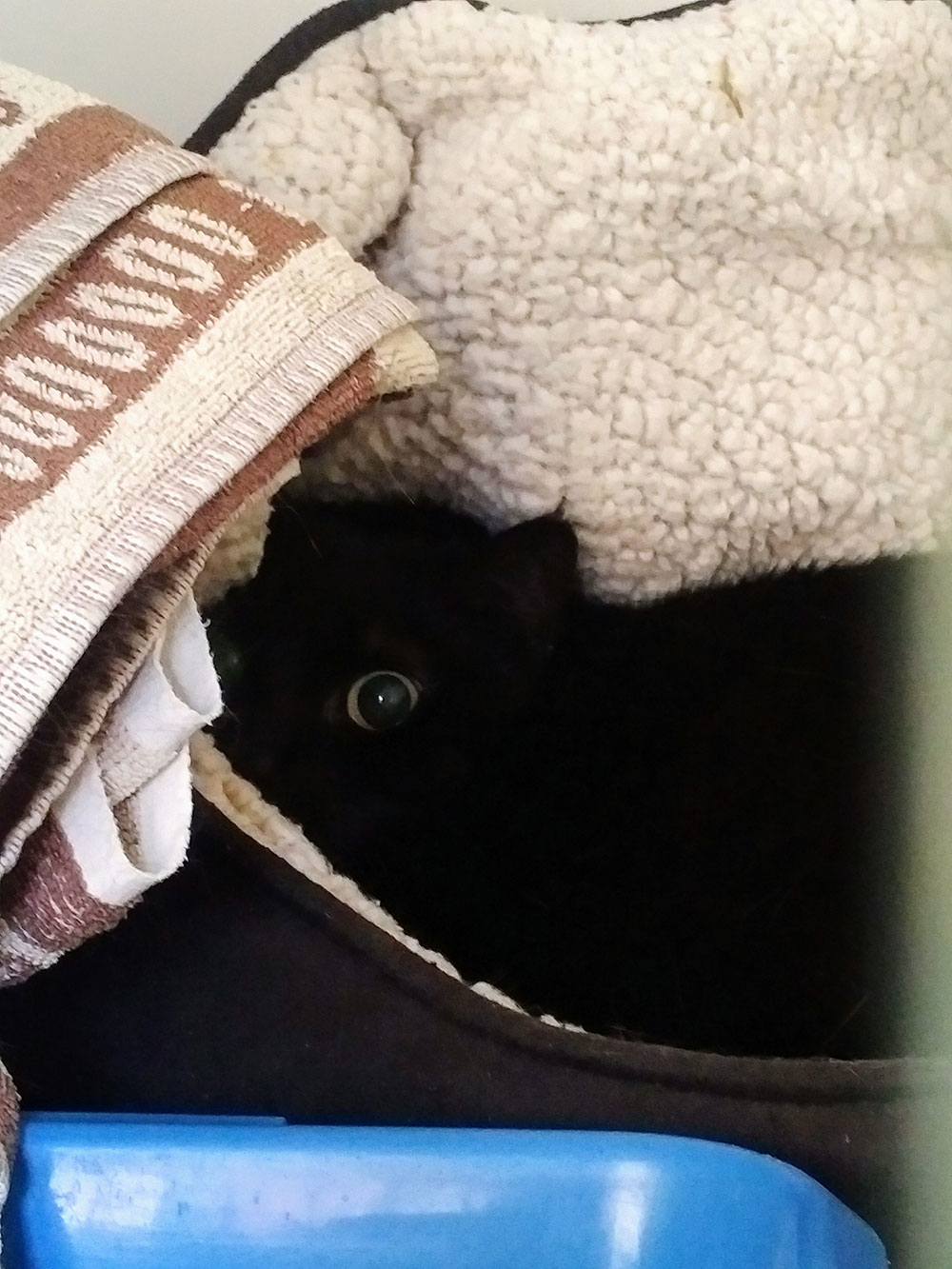 Handsome tabby cat Lewis belongs to Donna, a teacher at the British School in Milan. Feeling that Lewis needed more space and time, Donna has sent Lewis to the UK to live with her family. 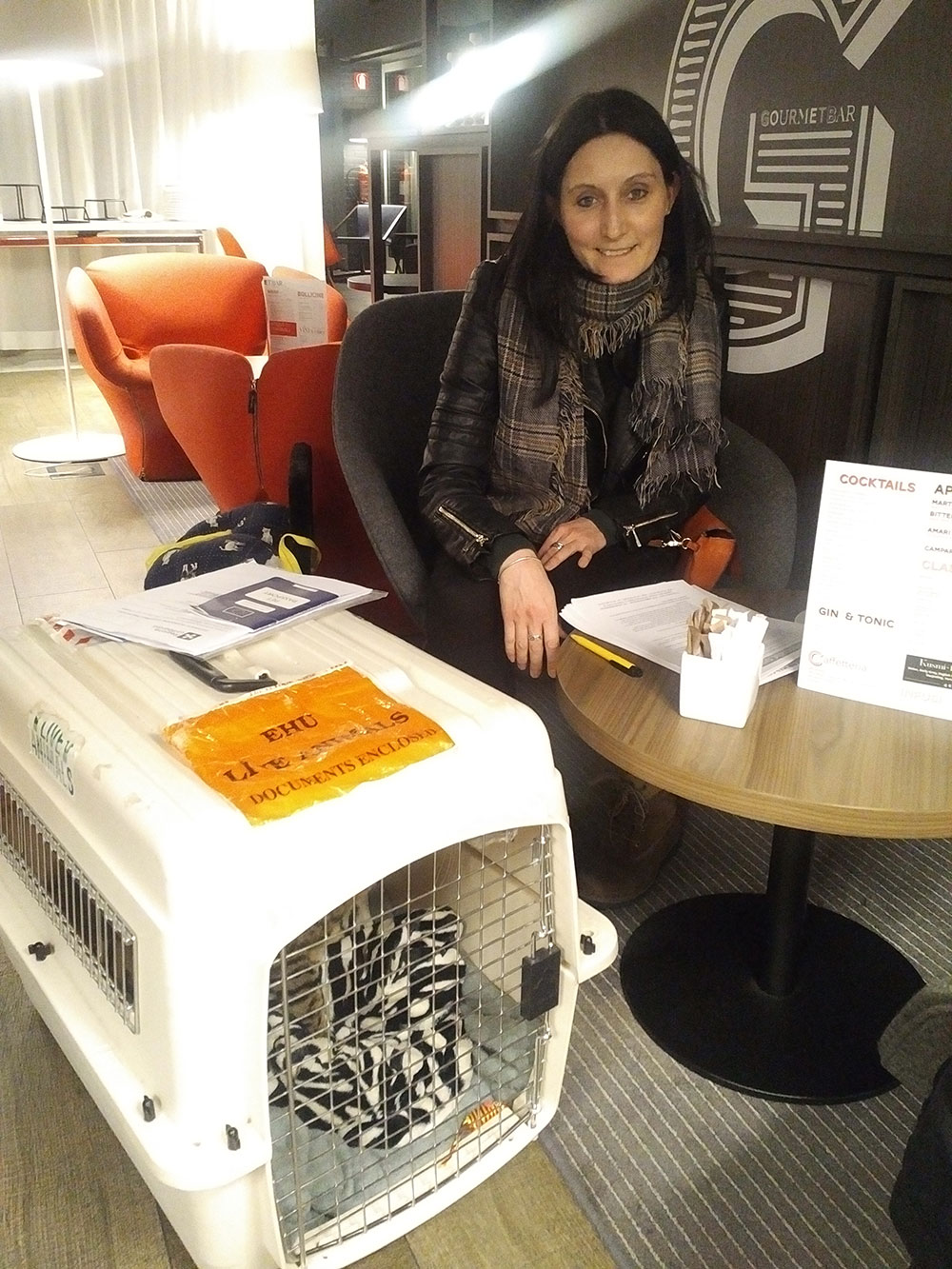 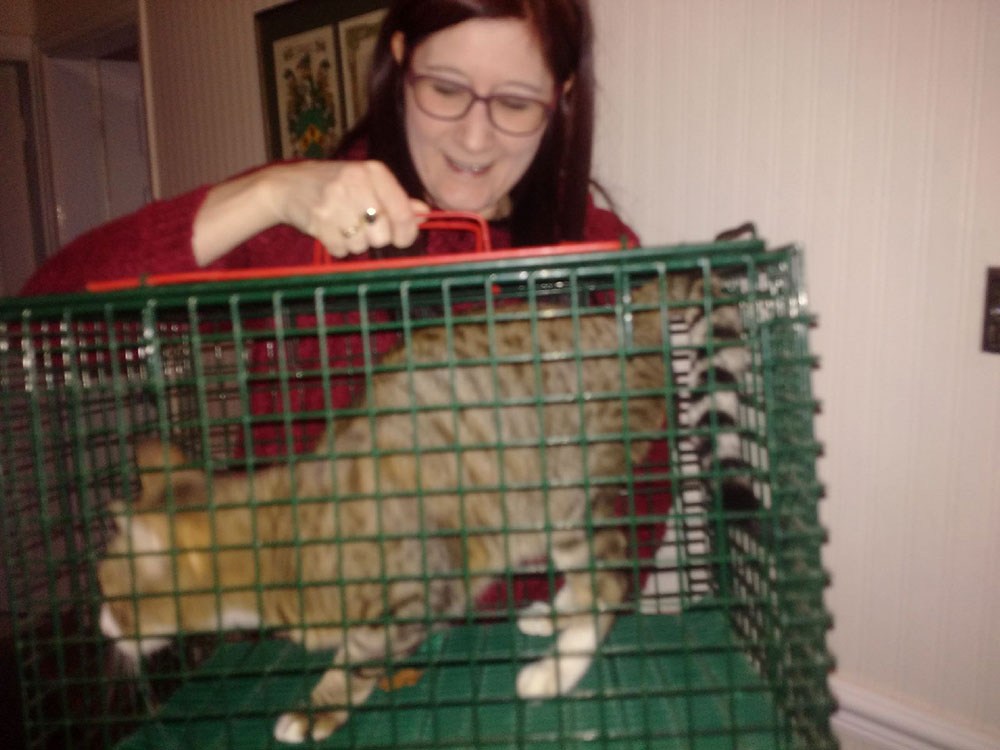 Driving north through Italy and into Switzerland, we encountered rather a lot of snow — but rather less than if we’d taken our planned shorter route. 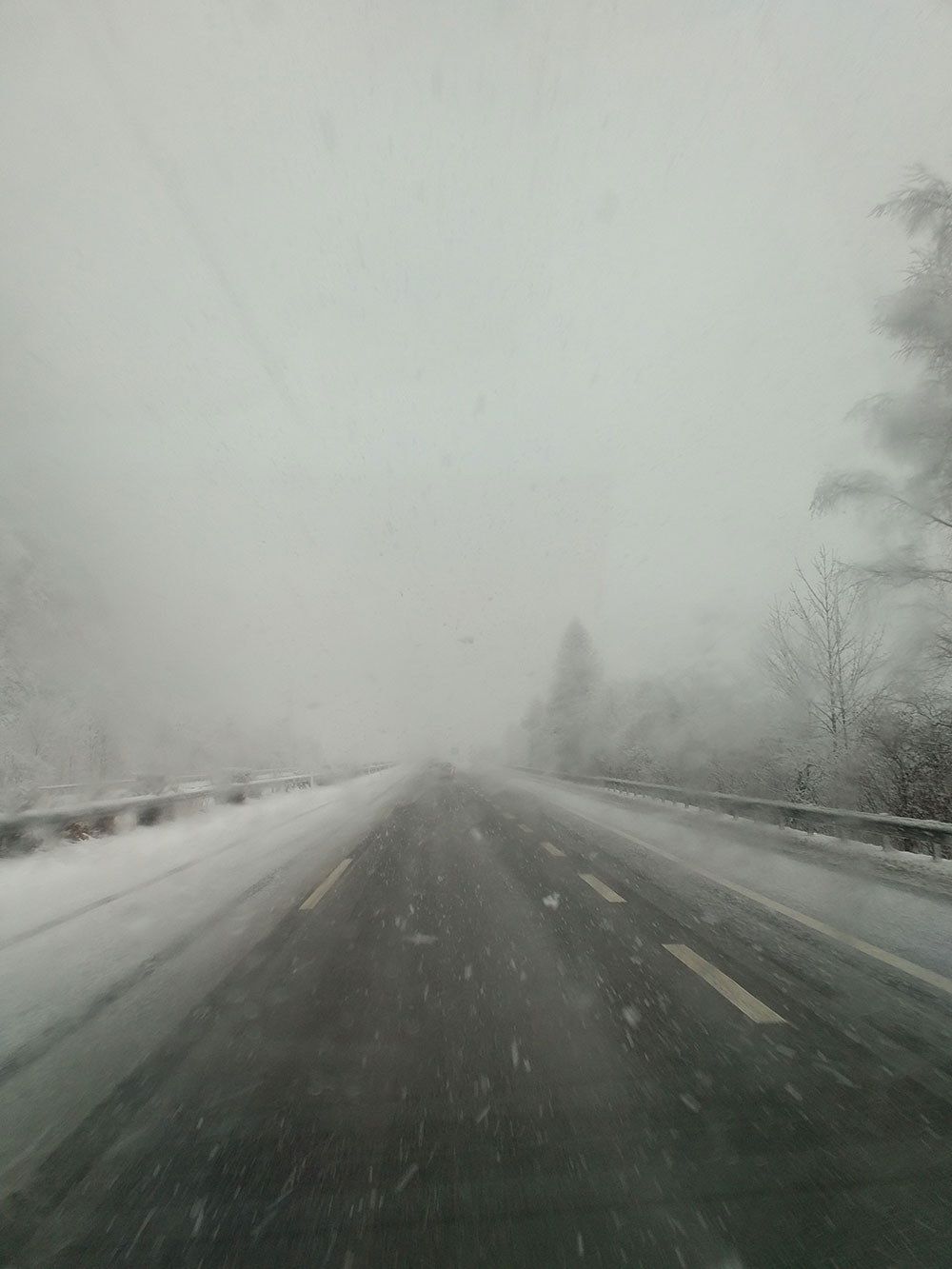 This was the scene close to the border with Italy 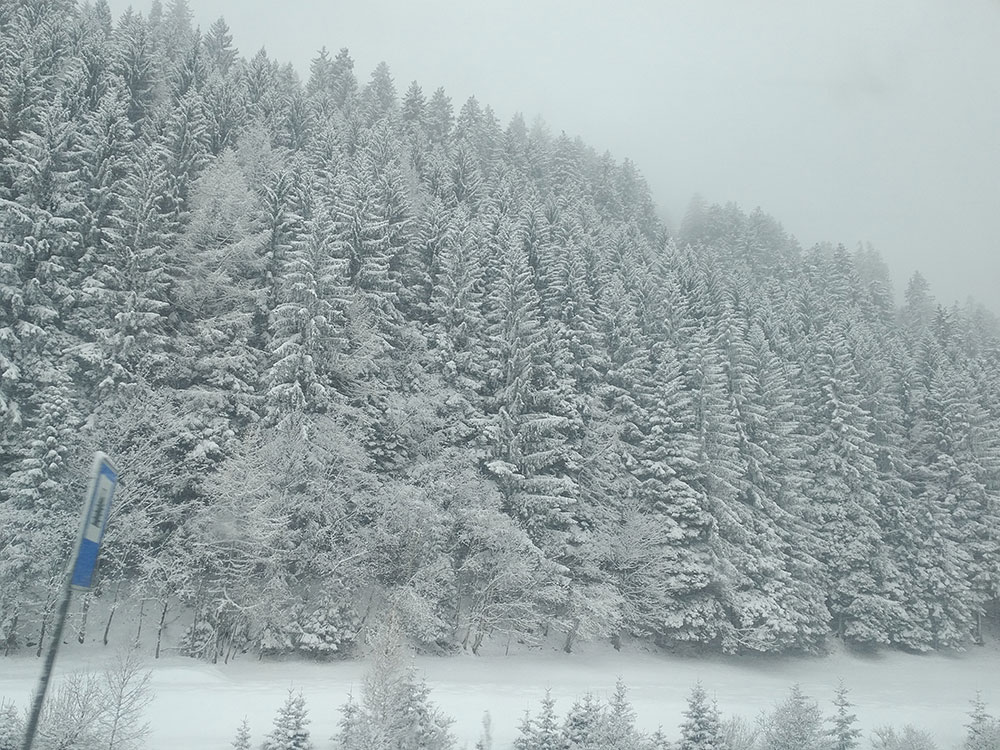 We hit a couple of blizzards with horizontal snow! We never felt unsafe, but it did slow us down. 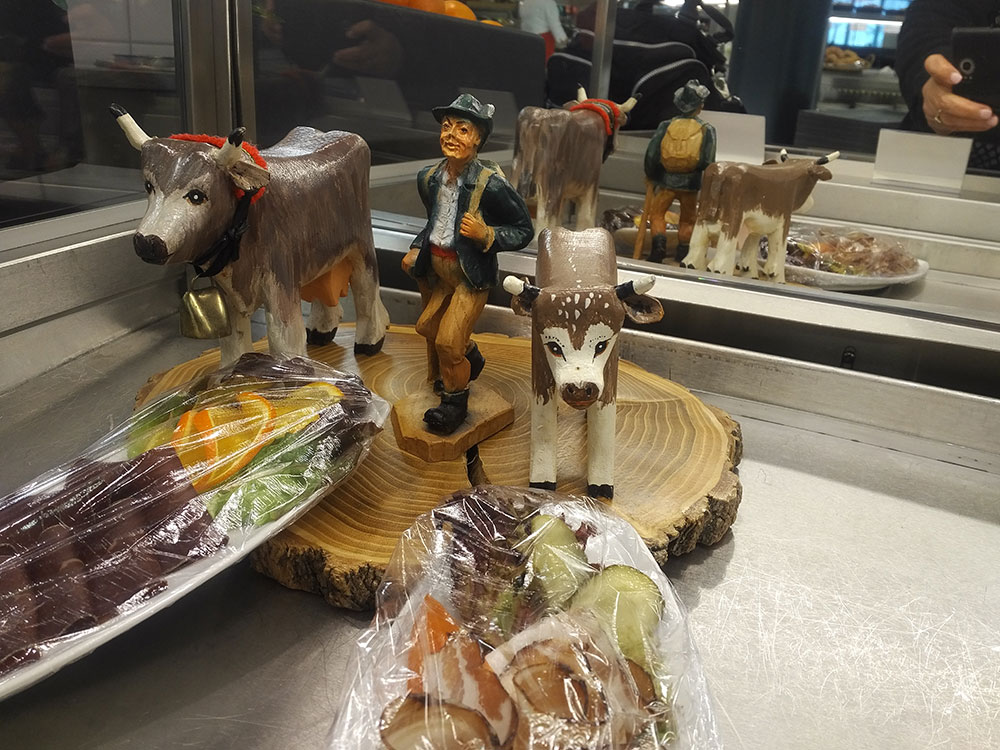 Fortunately, the Swiss have a special style of kitsch that’s enough to cheer anyone up — as were the tempting morsels[ placed alongside these figurines! 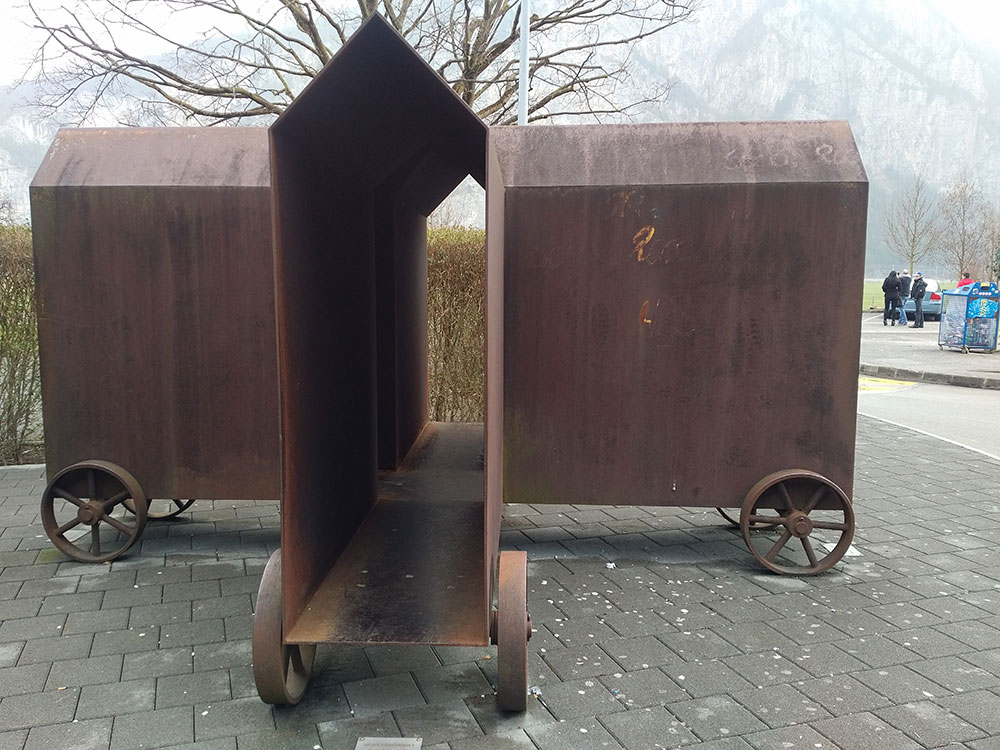 Don’t think we’ll try towing a trailer like this!

Last but not least, pretty cat Vanille joined us in the Lausanne area. She has been living with her mother and brother, but the two siblings don’t get on. So Vanille is on her way to live with other members of her owner’s family in the UK. 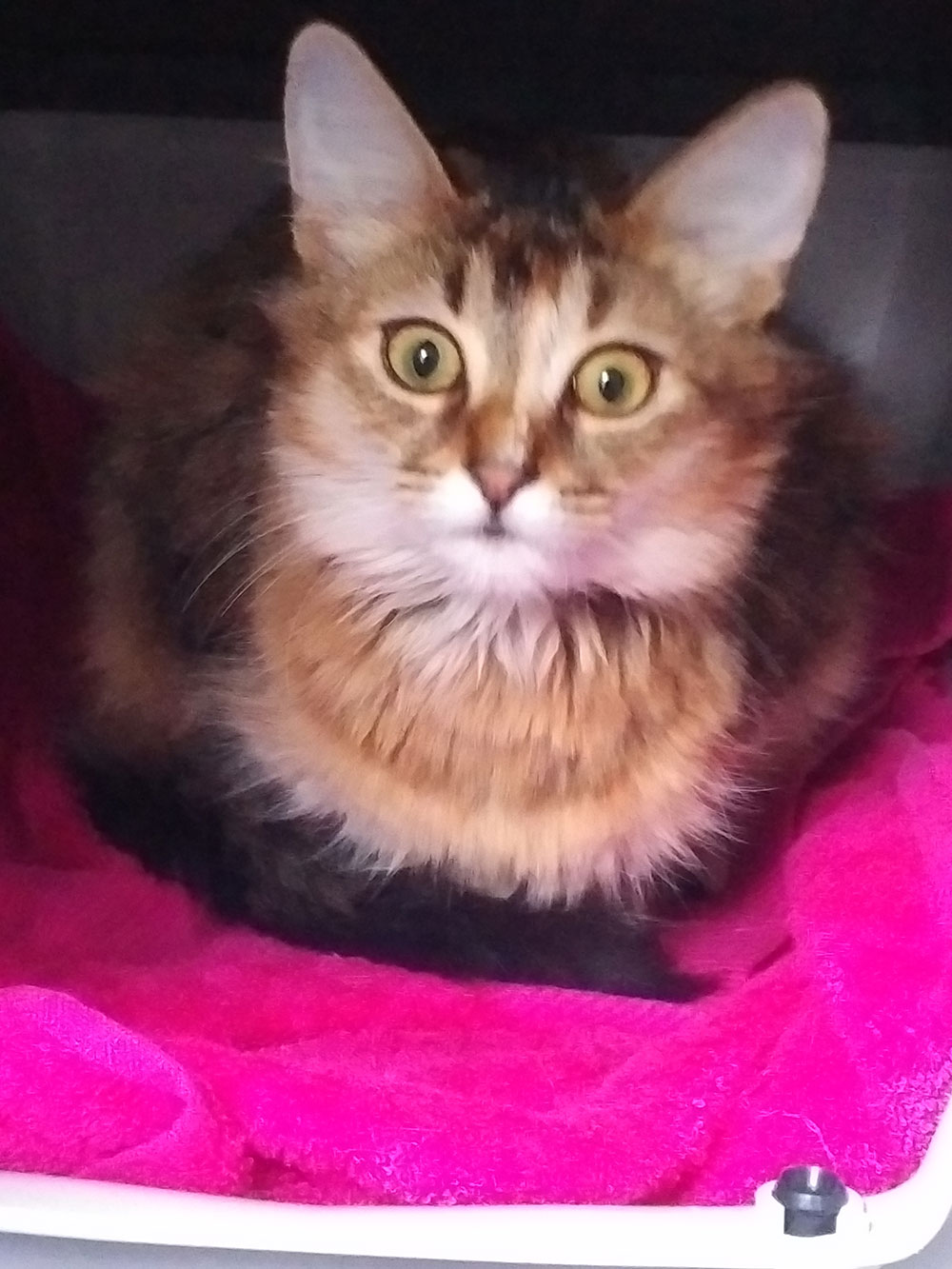 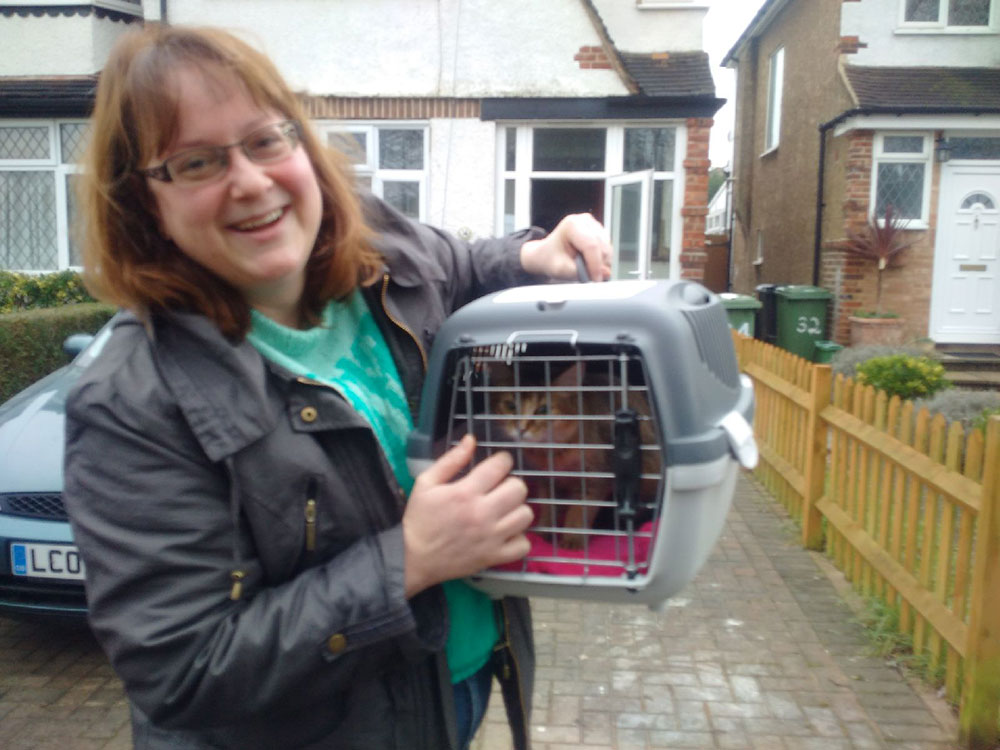 Geraldine greeting Vanille in Epsom, where Vanille will live the high life of an only cat

When we delivered little George from Lesvos to his forever home in Kent, he was quick to show his playful side. 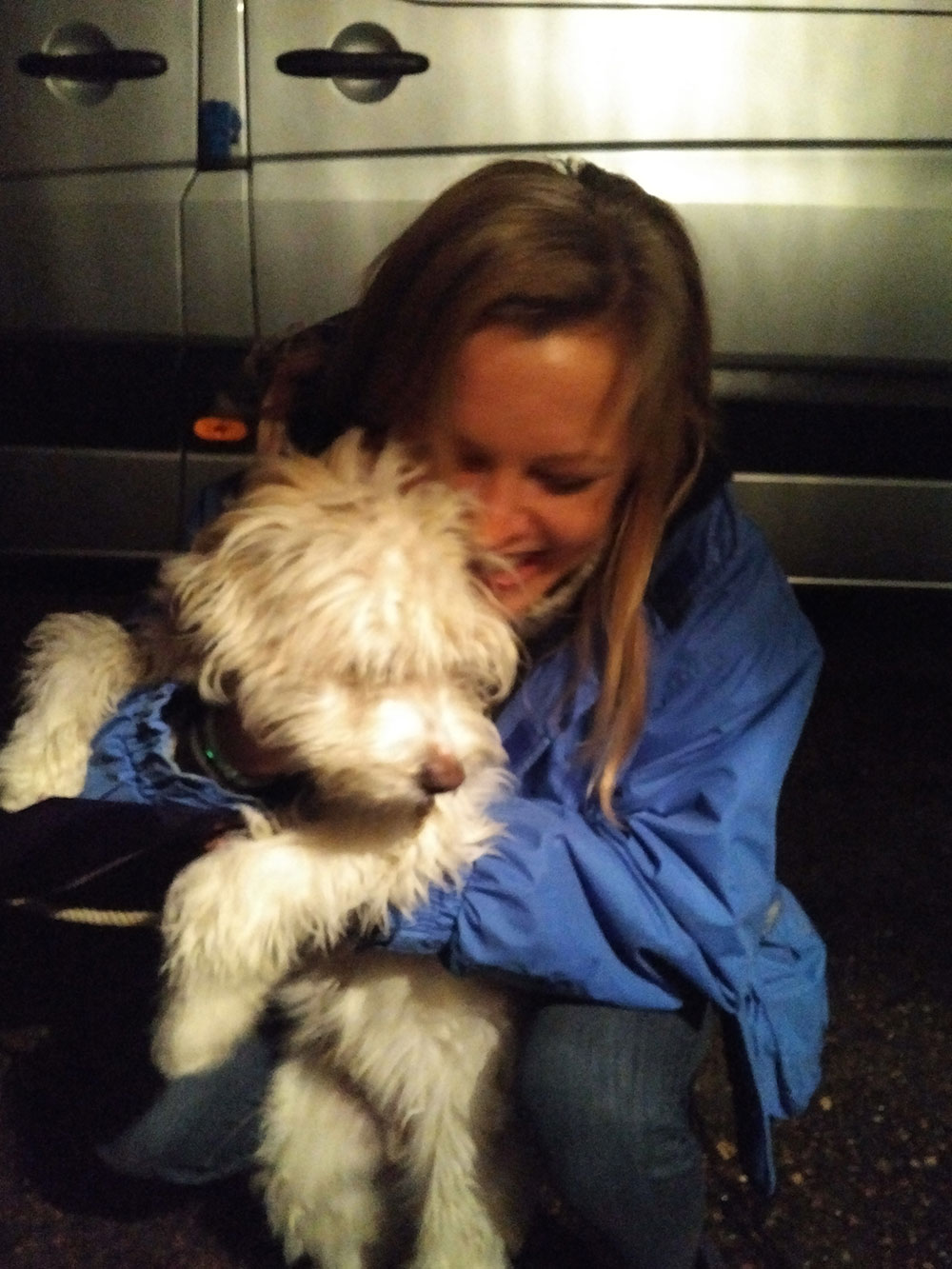 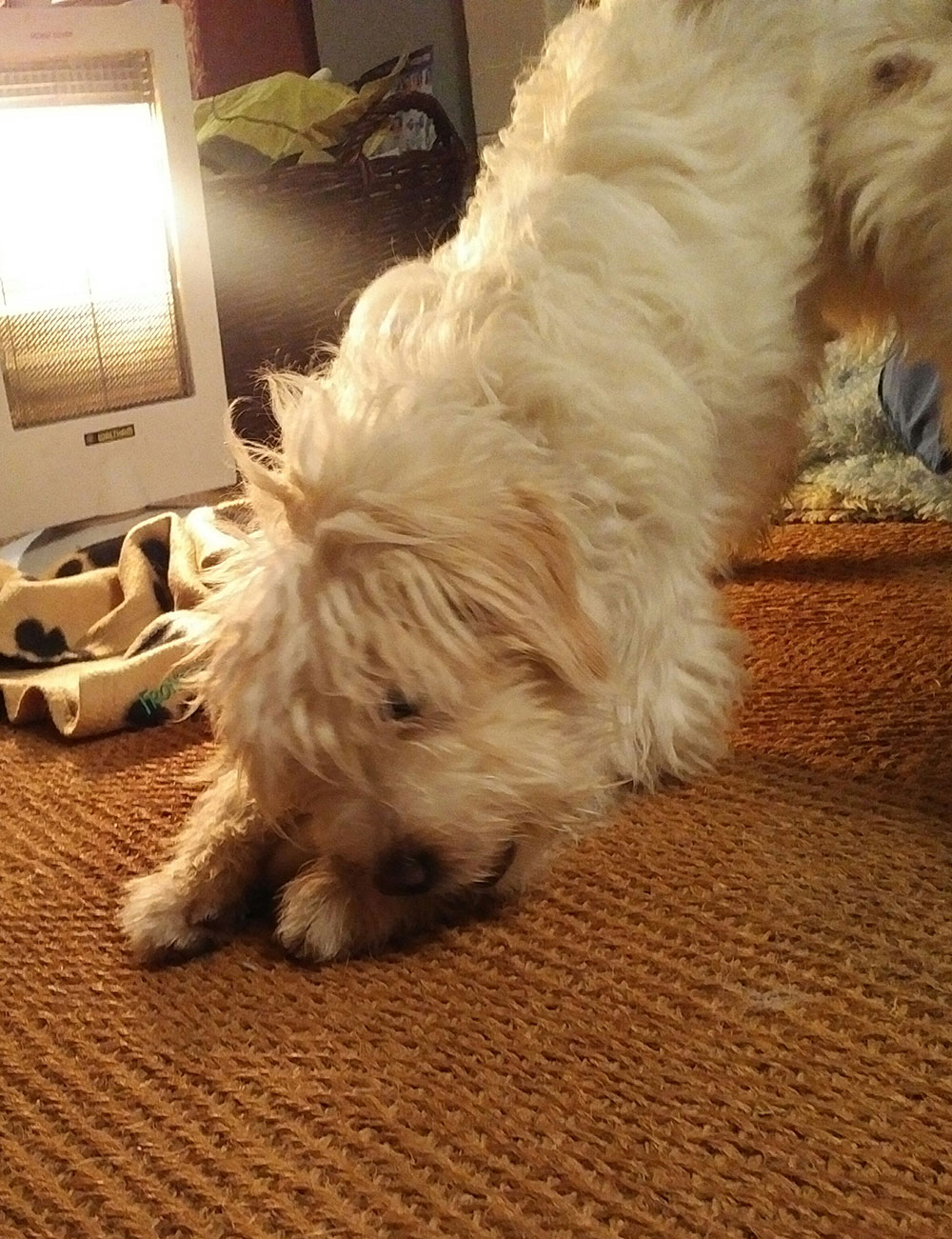 Showing his playful nature right from the start