Heading to Greece via France and Italy

Animalcouriers set off a few days ago on our first trip to Greece this year. We were accompanied by a delightful crew of cats and dogs with destinations in France and Italy.

Four-month-old Dalmatian Greenbean is a bundle of energy, always up for fun. Breeder Louise did a great job of getting him used to travelling, so he was very quick to settle in when we collected him in Preston a few days beforehand. He’s on his way to excited new owners near Lyon in France. 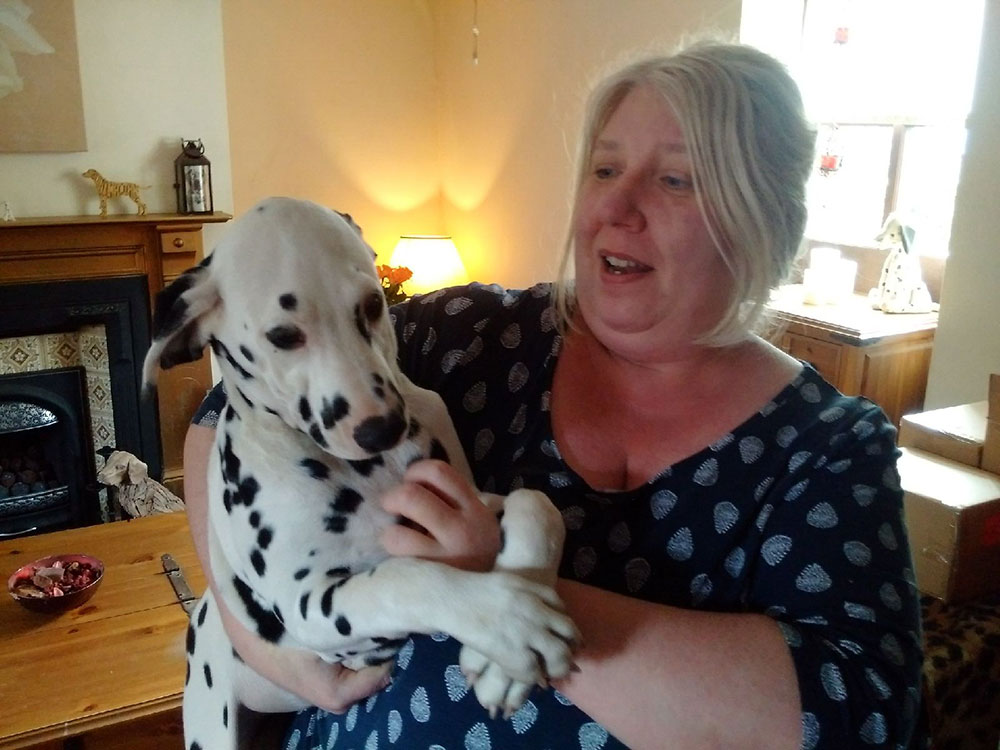 Goodbye cuddles for Greenbean from Louise 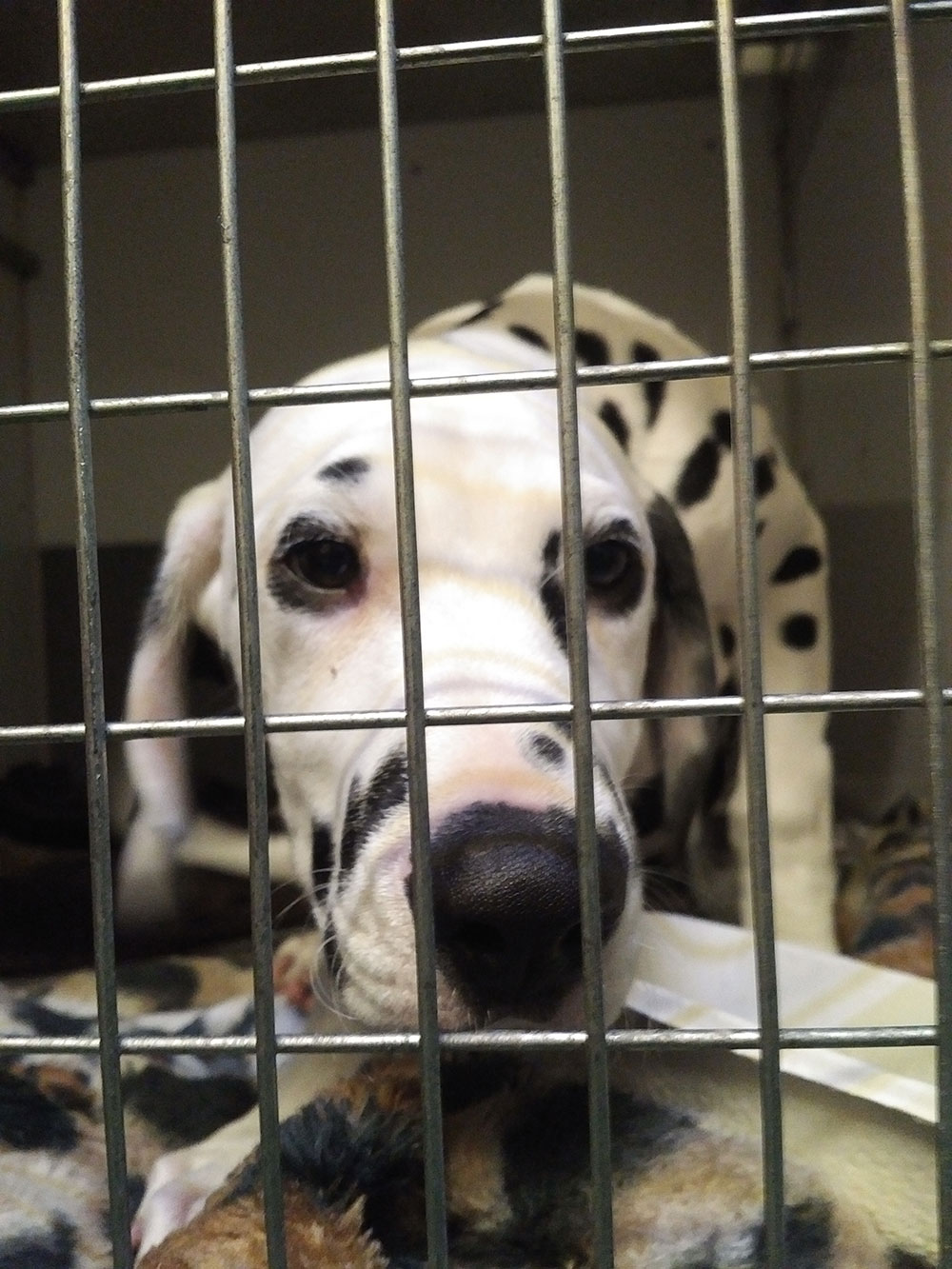 Greenbean, soon nicknamed Beanie, always keen to know what’s going on around him, and treating the trip as a big adventure

Beautiful black-and-white cat Nicky belongs to Tom. Tom works in IT and has the flexibility to base himself almost anywhere. So he and Nicky are leaving Wales behind for a while and joining Tom’s girlfriend near Turin in Italy. 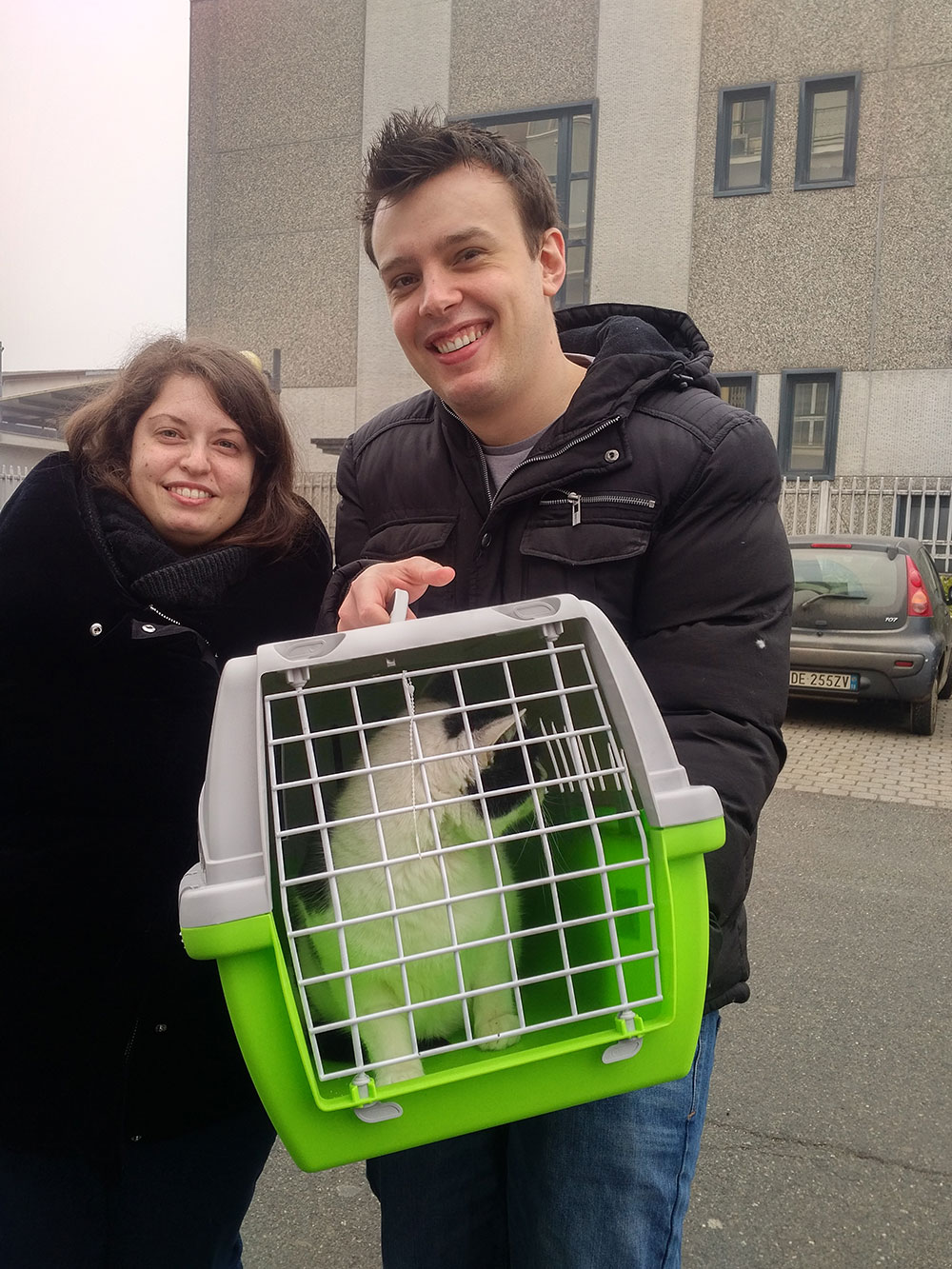 Ecstatic reunion with Nicky in Turin

Also travelling to Italy with us are gorgeous feline due Khan and Koshka, who have Bengal origins. Their personalities are fairly chalk and cheese: Khan is bigger and more docile, while Koshka is very agile and alert to everything that’s happening nearby.

The cats travelled with us to rejoin owners Emily and Tim who’ve moved to Monza to work. 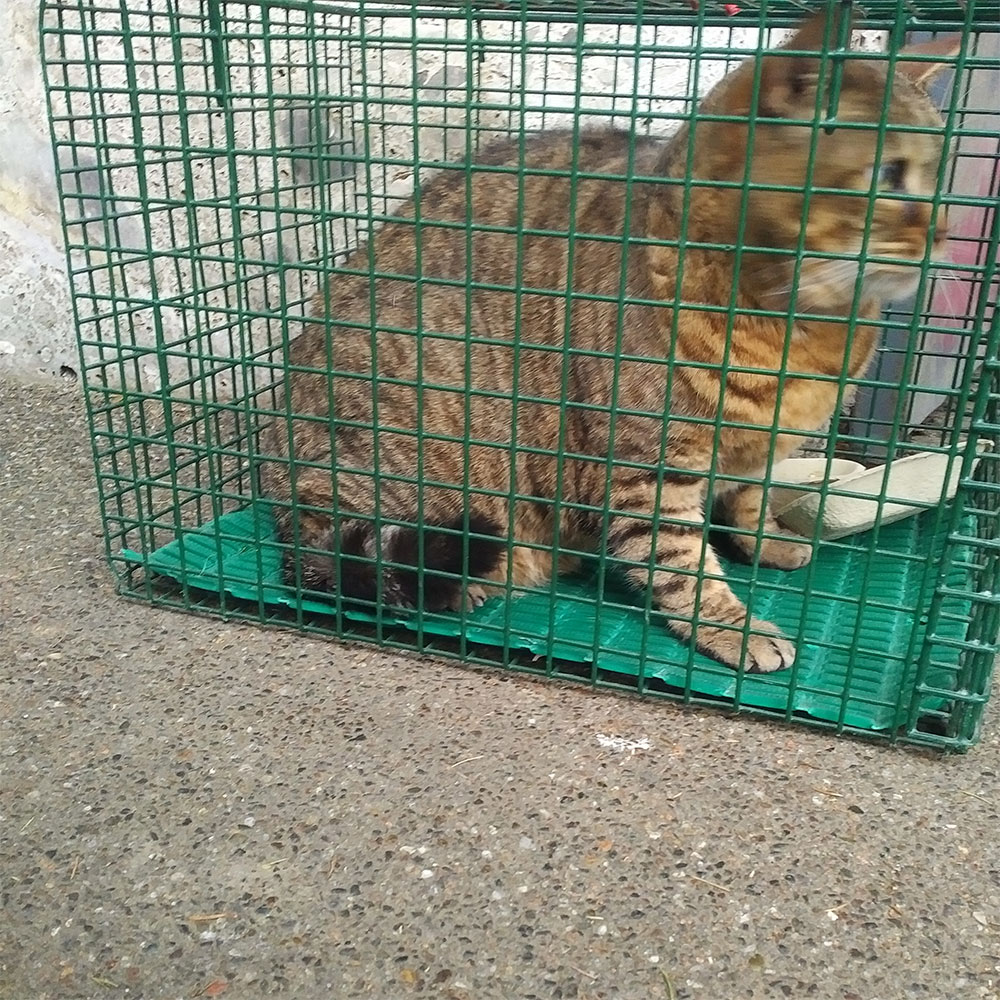 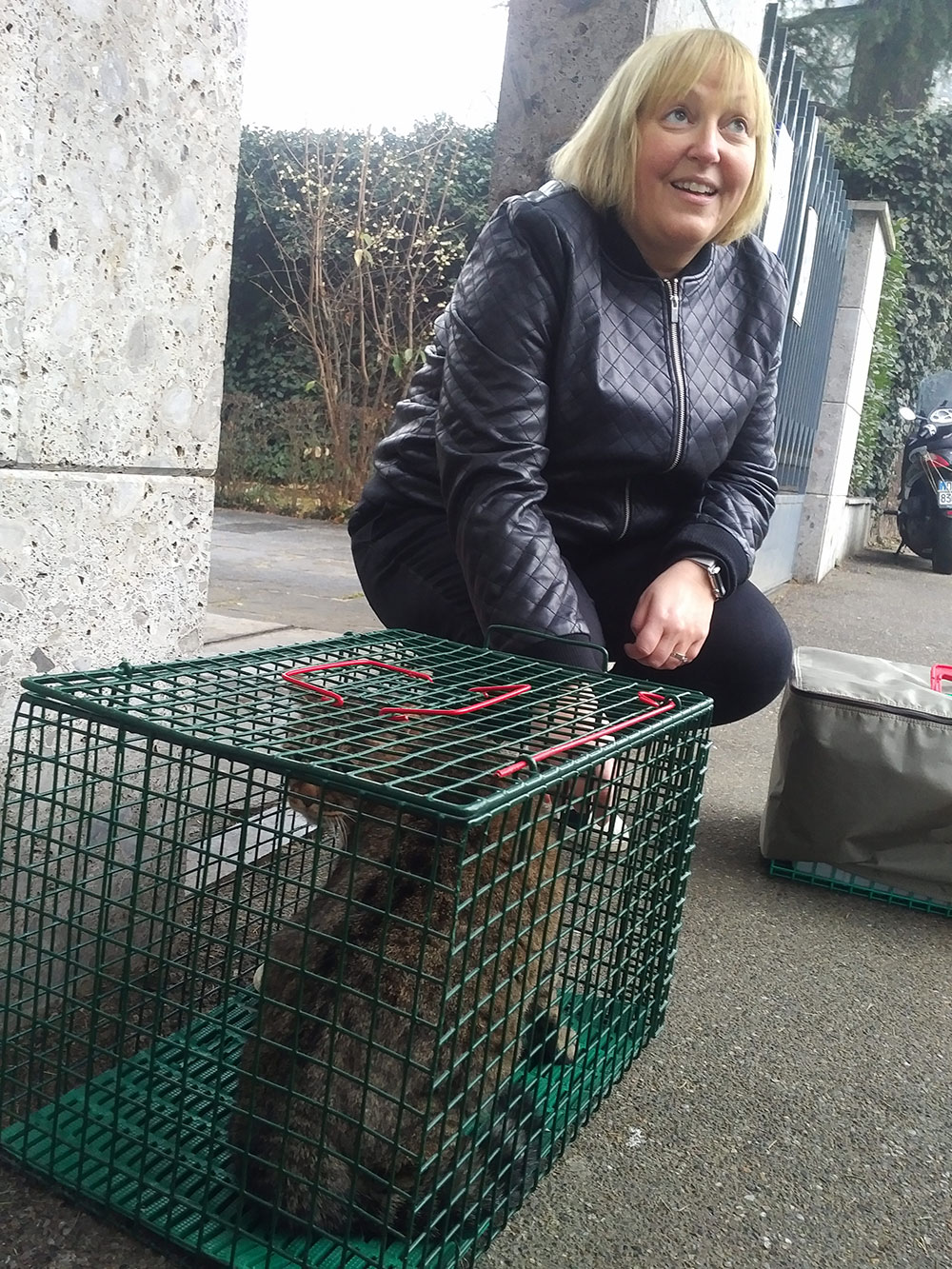 Adorable Tilly is travelling with us to join Lindsay and her boyfriend near Verona, where they’ve settled following a spot of travelling. Tilly used to live with Lindsay’s mum, Sandra, and her other dog; but Tilly prefers to be an only dog. So Tilly asked nicely if she could move to Italy and live with Lindsay. Although Sandra was sad to part with Tilly, she knows Tilly will be very happy with Lindsay. 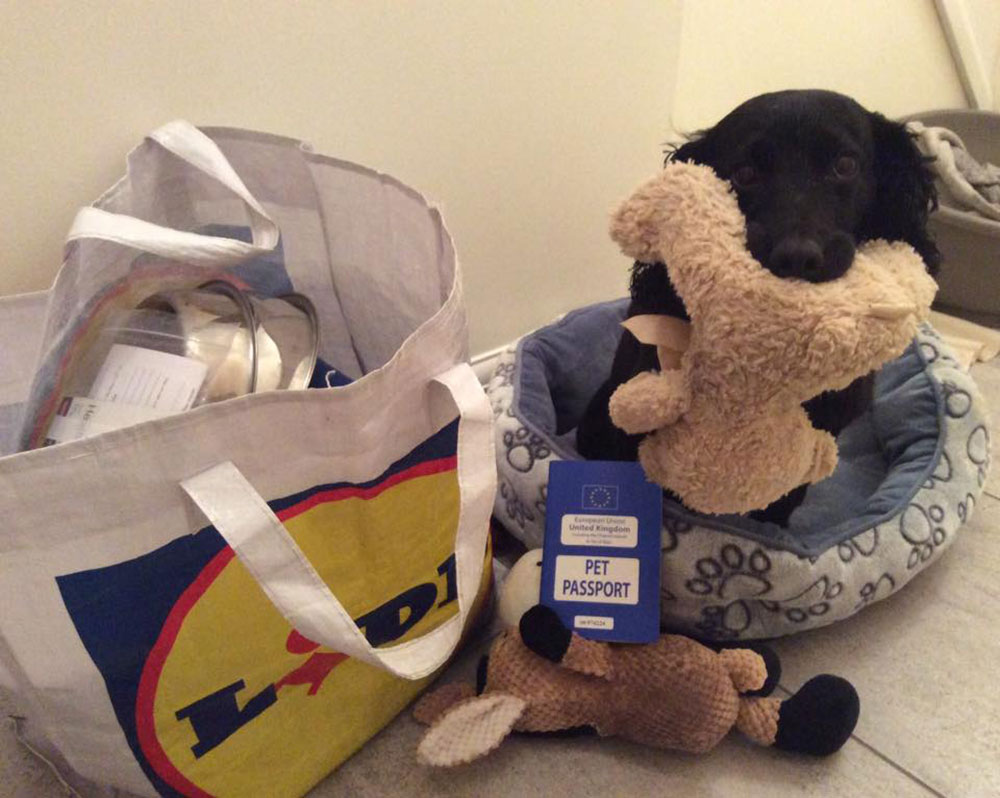 Sandra made all the practical arrangements, while Tilly packed her favourite toys 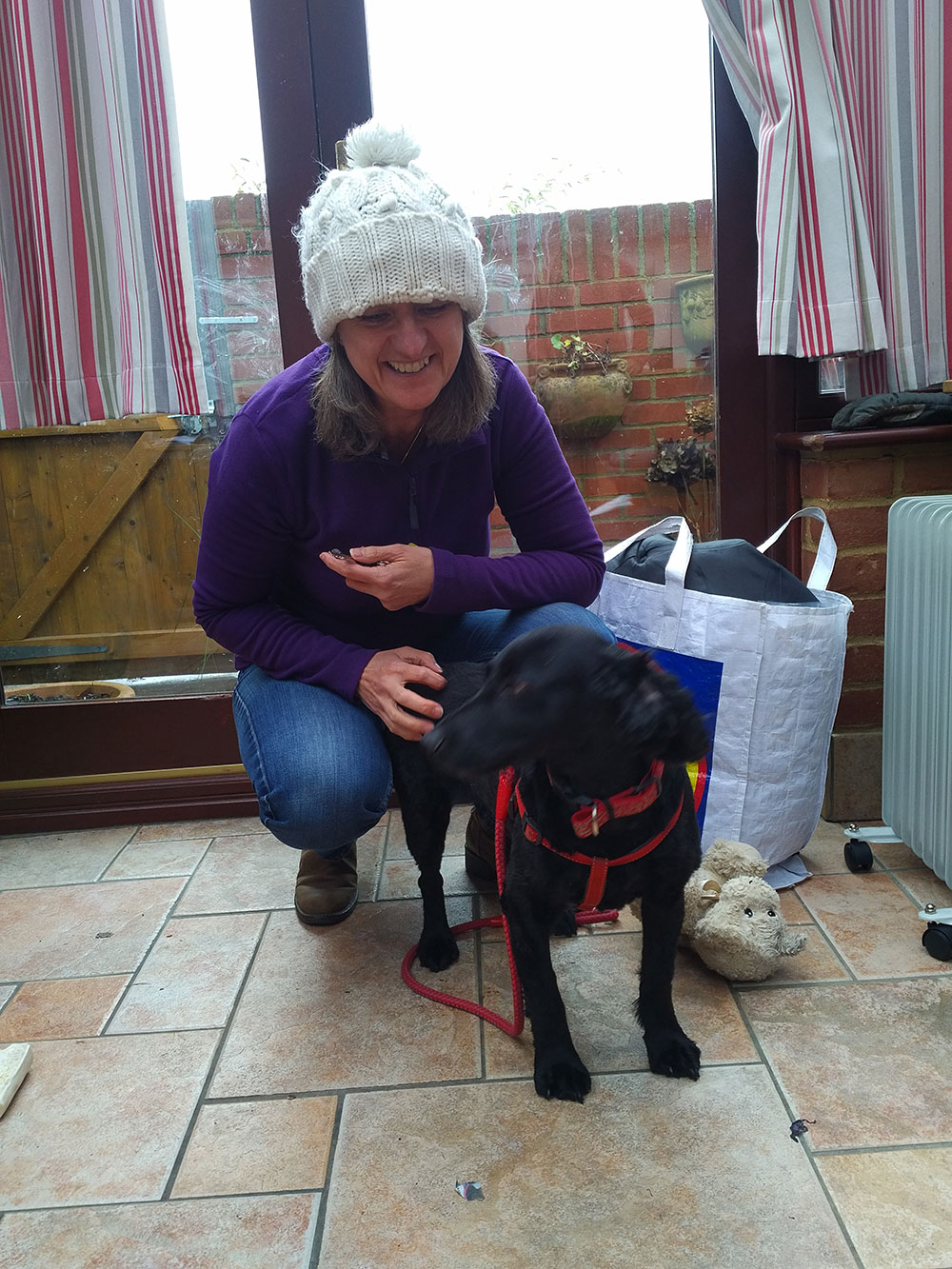 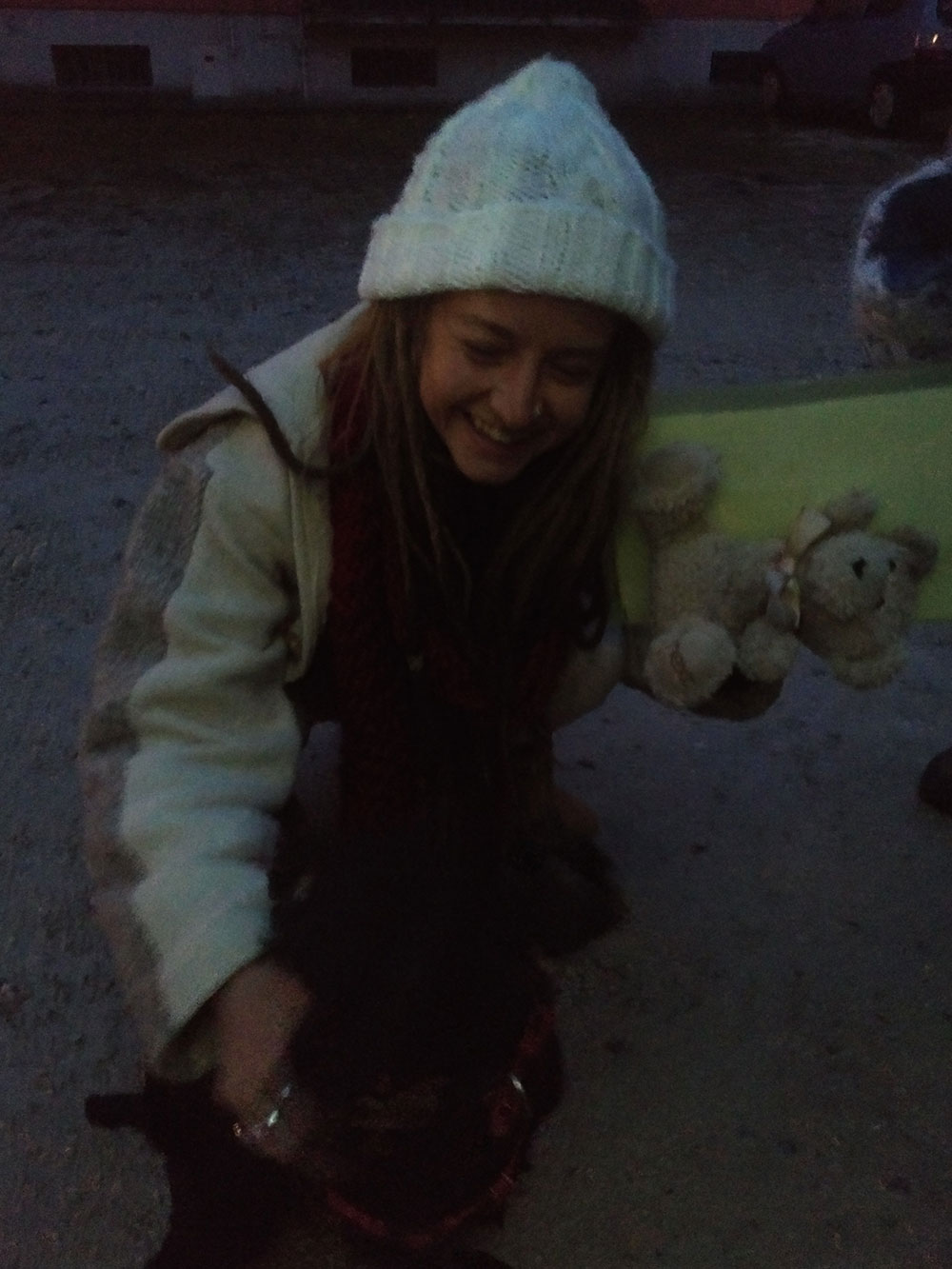 On reaching Verona, Tilly gives Lindsay her teddy and gets a big hug in return

Slinky black cat Misha was sent by Tom in the London area to rejoin his girlfriend Maria in La Spezia. When we met up with Maria, she and Misha were clearly overjoyed to be reunited. “I’m so happy and excited,” admitted Maria. And on hearing Maria’s voice, Misha immediately started chatting to her. 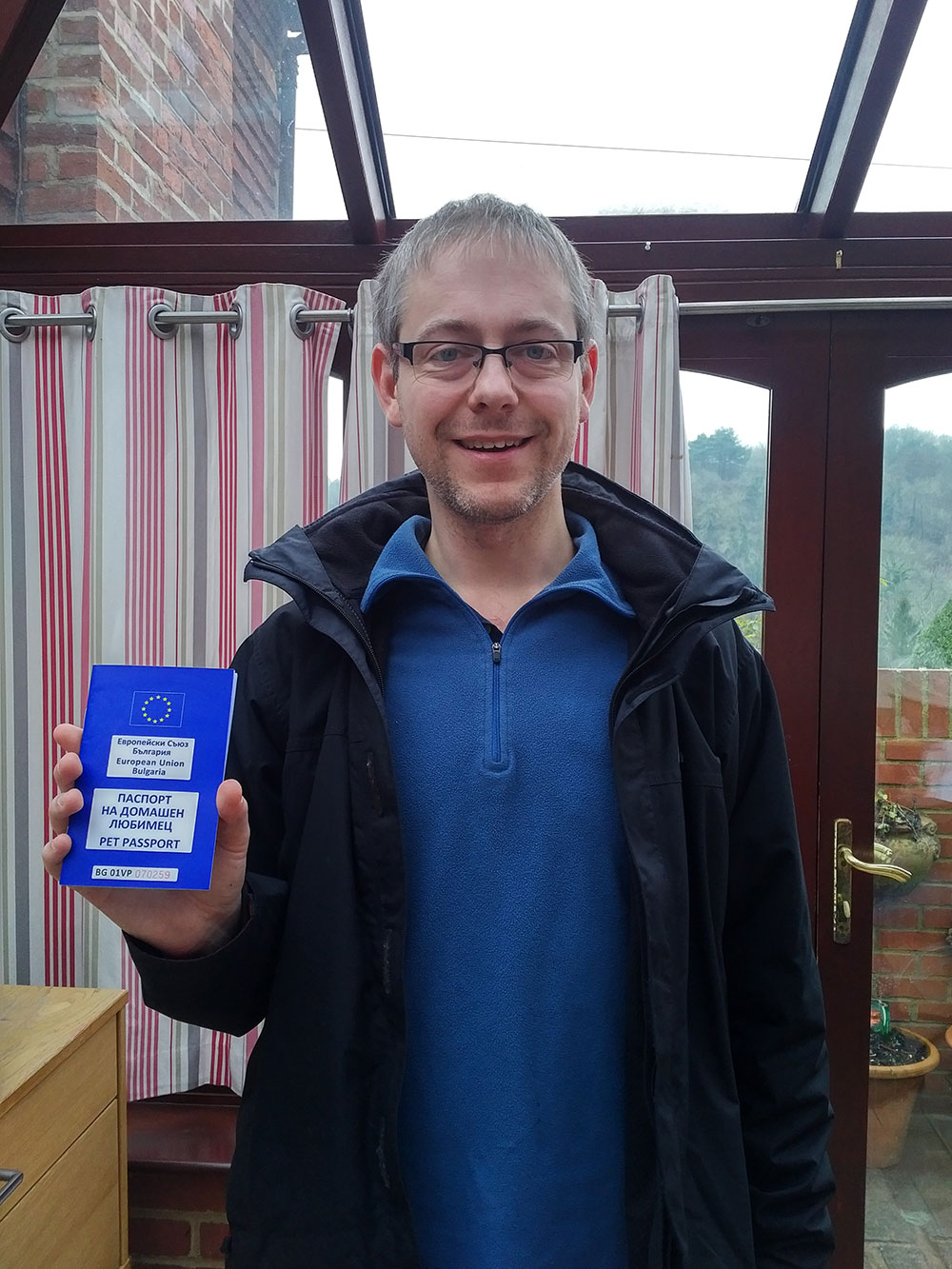 Tom delivered Misha to us 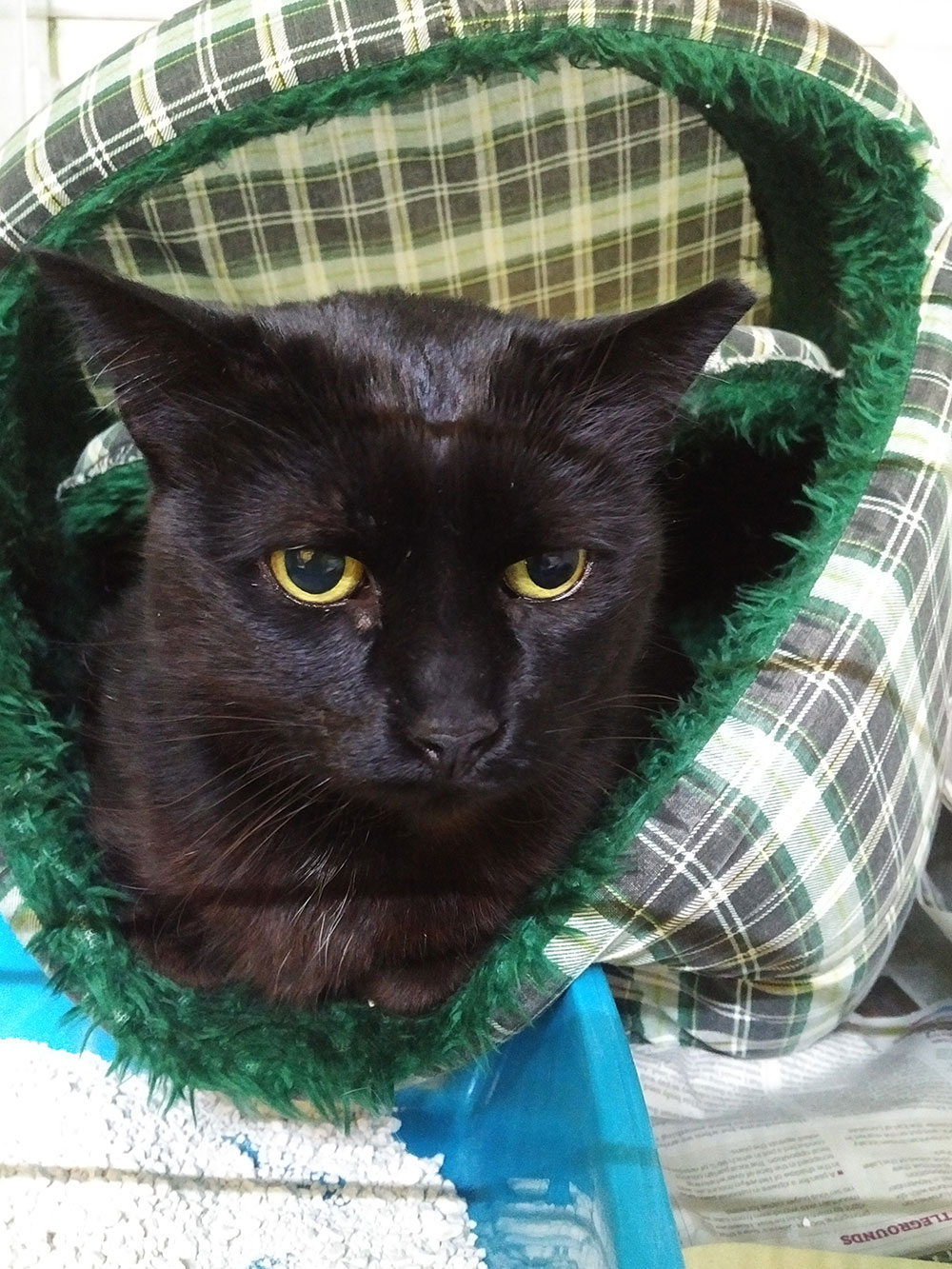 Stunning Misha — ‘Misha’ is apparently a typical Italian name for a cat, a bit like Tiddles or Puss 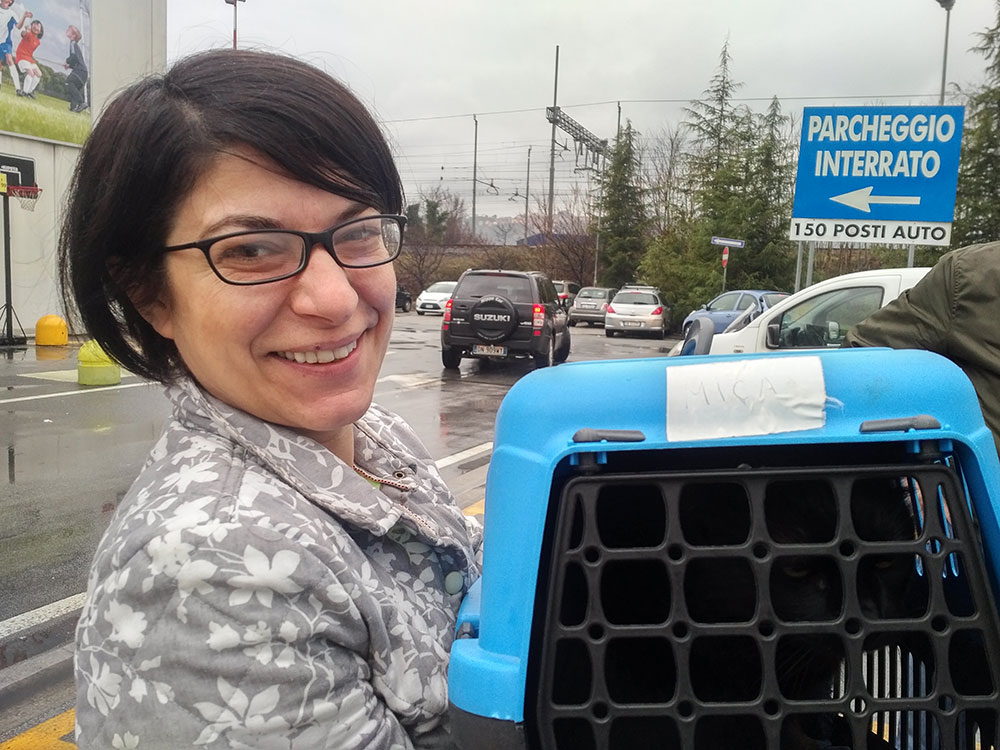 Maria and Misha — the bond is strong with these two

Our final stop was in Bari, to deliver handsome hound Dylan to his grandparents. Owners Georgia and Davide have sent Dylan to live with them, as their landlord in the UK won’t allow Dylan to live with them. Georgia says they’re missing him a lot already, which isn’t surprising, as he’s a lovely boy. But Dylan and his grandparents were clearly over the moon to see each other, and we’re quite sure he’s going to have a wonderful time with them. 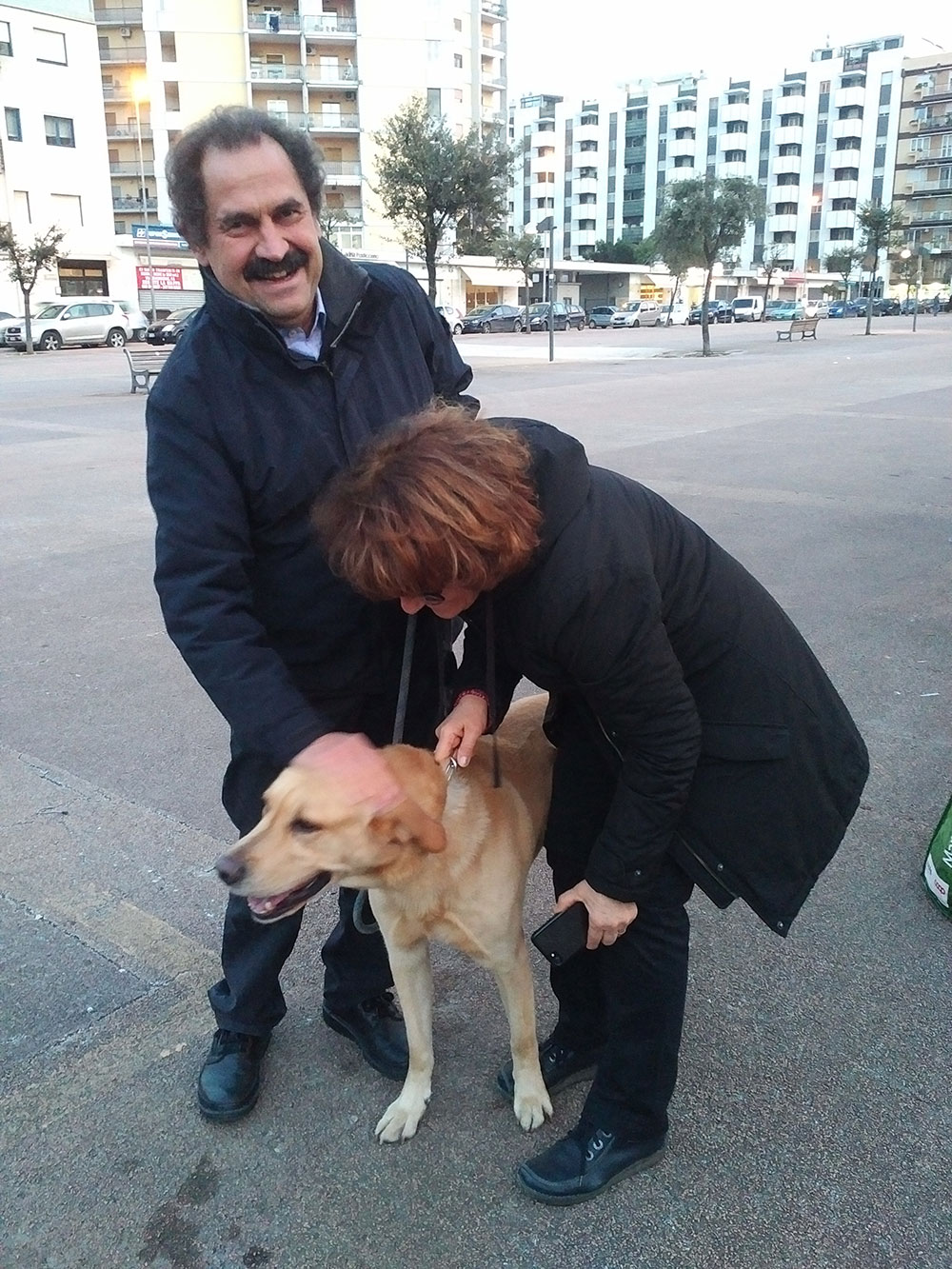 A very happy Dylan with his delighted grandparents. Georgia texted us to say: “Thank you for everything! We are glad we choose you for this. Have a safe rest of the trip.”

We then headed over to the port to catch the overnight ferry to Patras. From there we drive to Athens, where we’ll give the van a thorough clean, have a bit of a rest, and get ready to meet the first of our UK-bound passengers on Tuesday.