Heading back to the UK with pets from Gibraltar, Spain and France

After delivering our outbound passengers Matisse and Georgiana in France; Lake, Molly and Bobby in Spain, we headed to La Linea de la Concepcion, close to the Spanish border with Gibraltar, to meet our first UK-bound passengers. 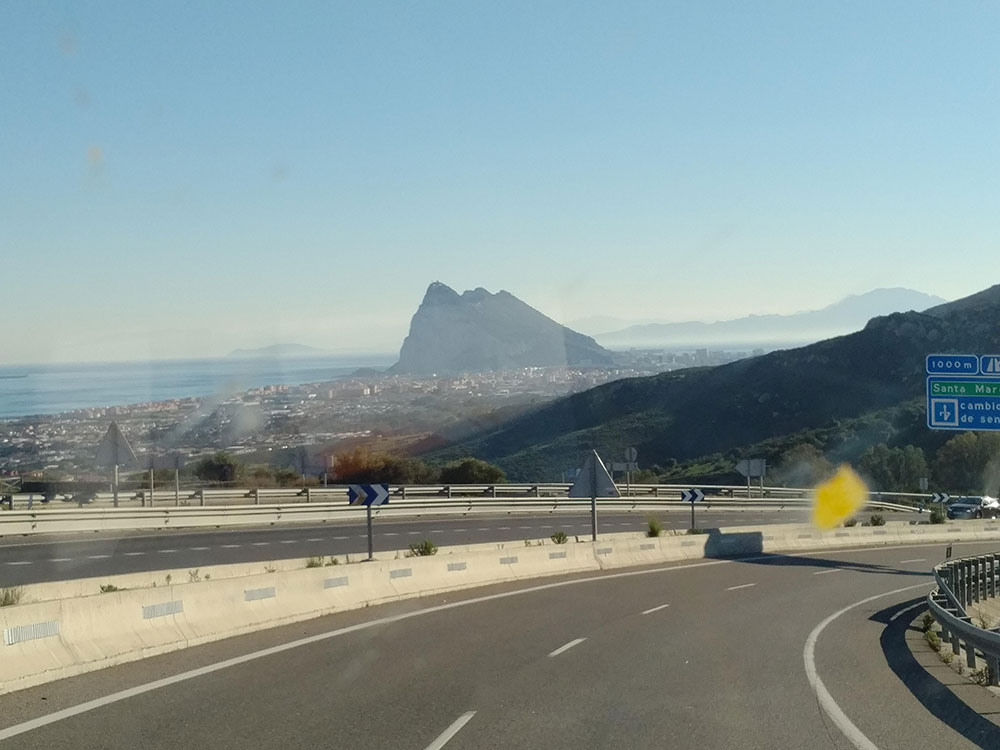 As we drove towards Gibraltar, it was such a clear day we could see mountain ranges in northern Africa

Gemma’s cat Steve was all ready for his journey, bathed, nails clipped, and a quick health check at the vet. Gemma works for William Hill and, over the years, we have had the pleasure of transporting quite a few pets for William Hill employees relocating from Gibraltar to the UK. 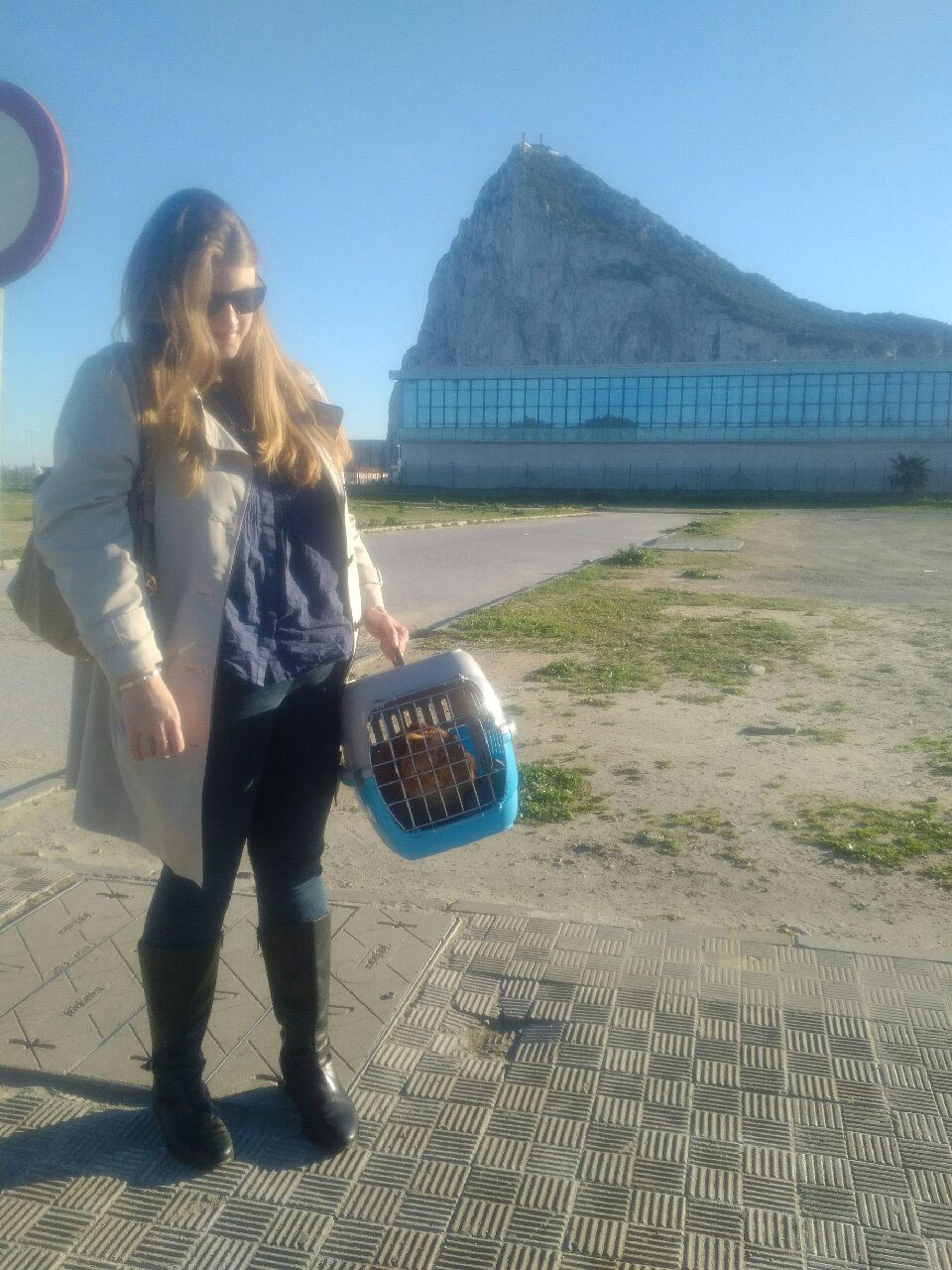 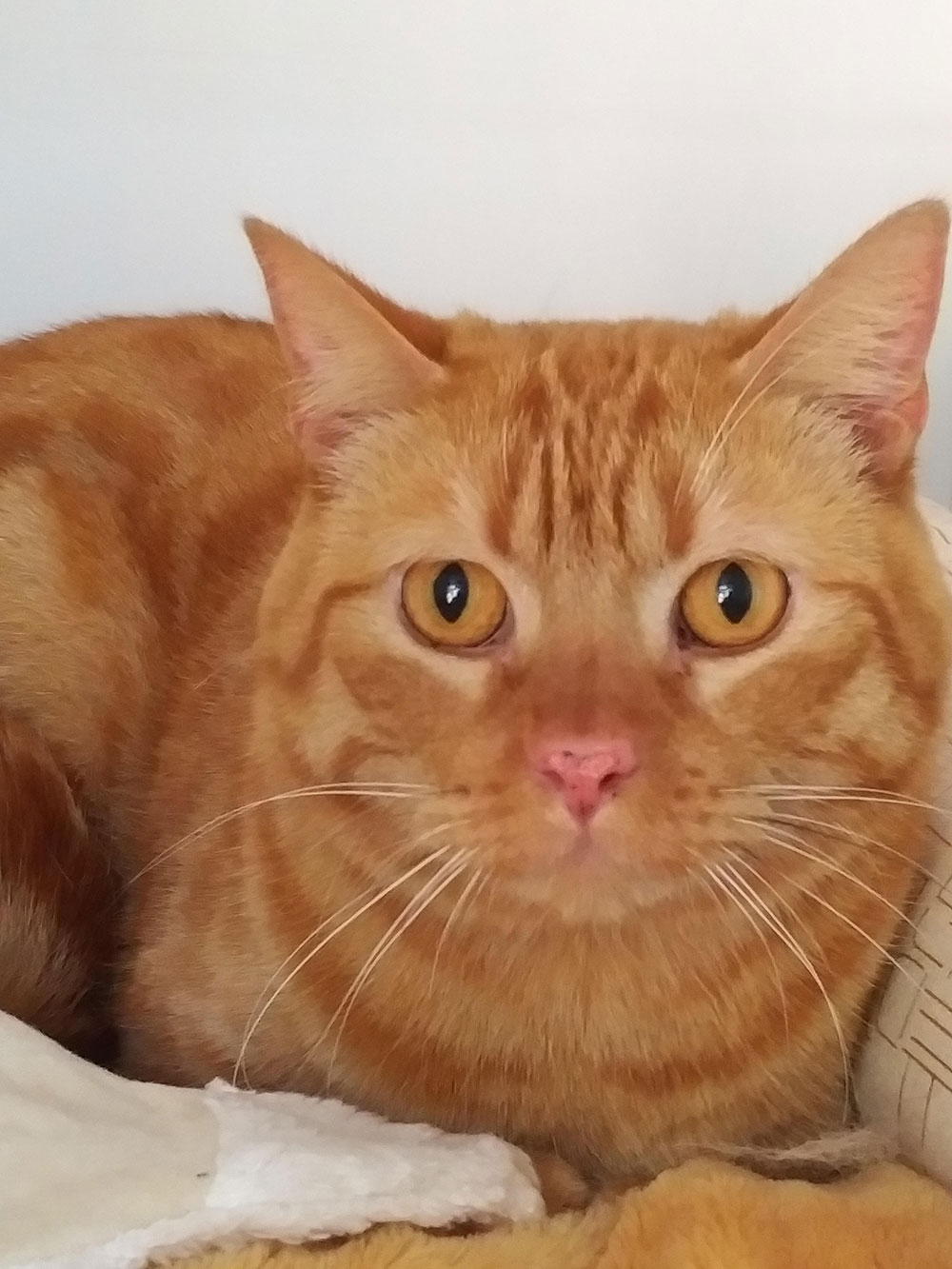 Also travelling from Gibraltar are Bill’s three cats Domino, Disco and DJ. These three gorgeous tuxedos are all brothers, found and adopted by Bill, who says they’re great company. Now accountant Bill is heading back to the UK, and the three boys are going too. Bill has sent them on a little ahead, so that he has time to redecorate the flat ready to let, with no chance of paw prints in the fresh paint! 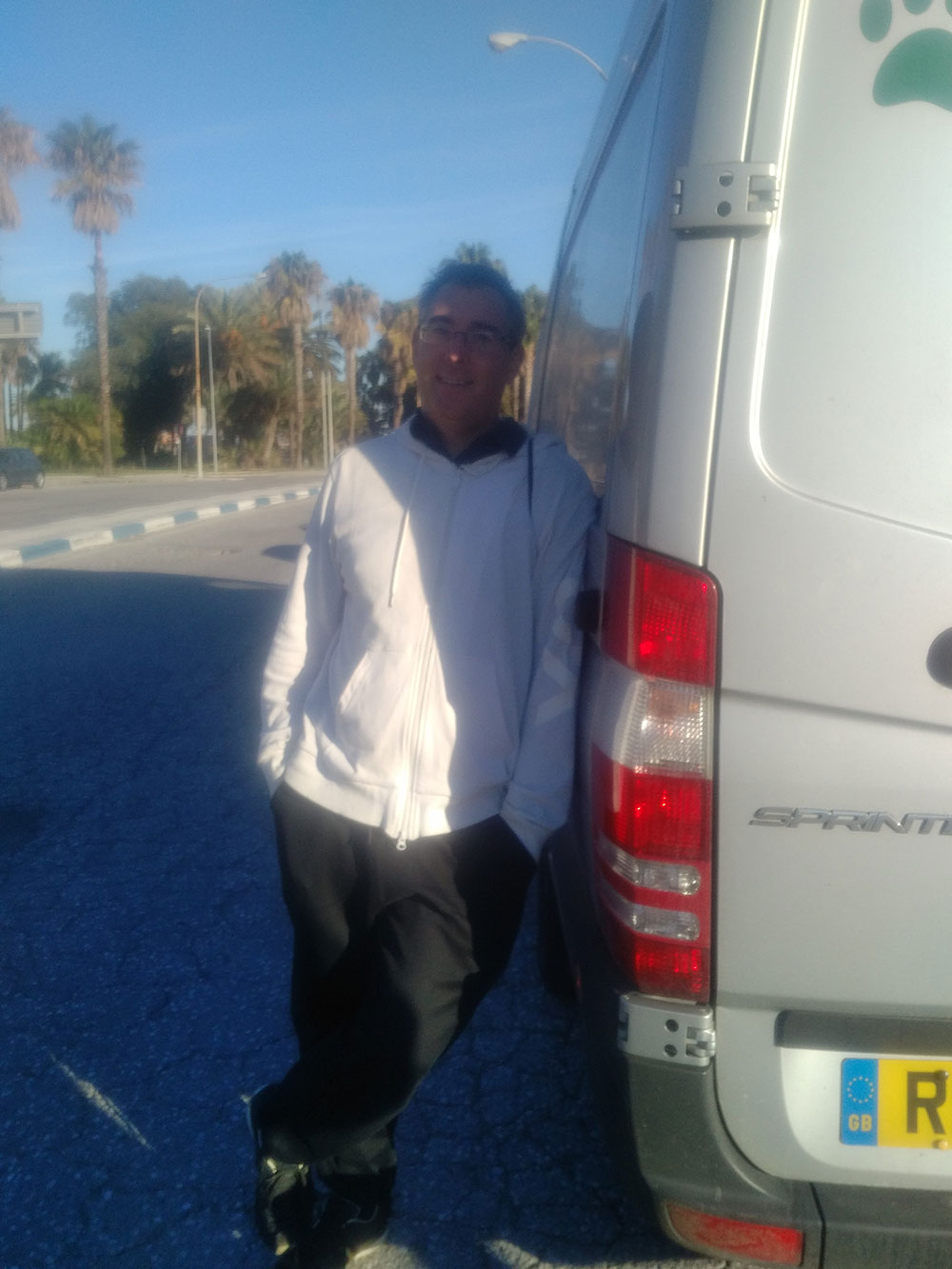 Bill seeing his boys away 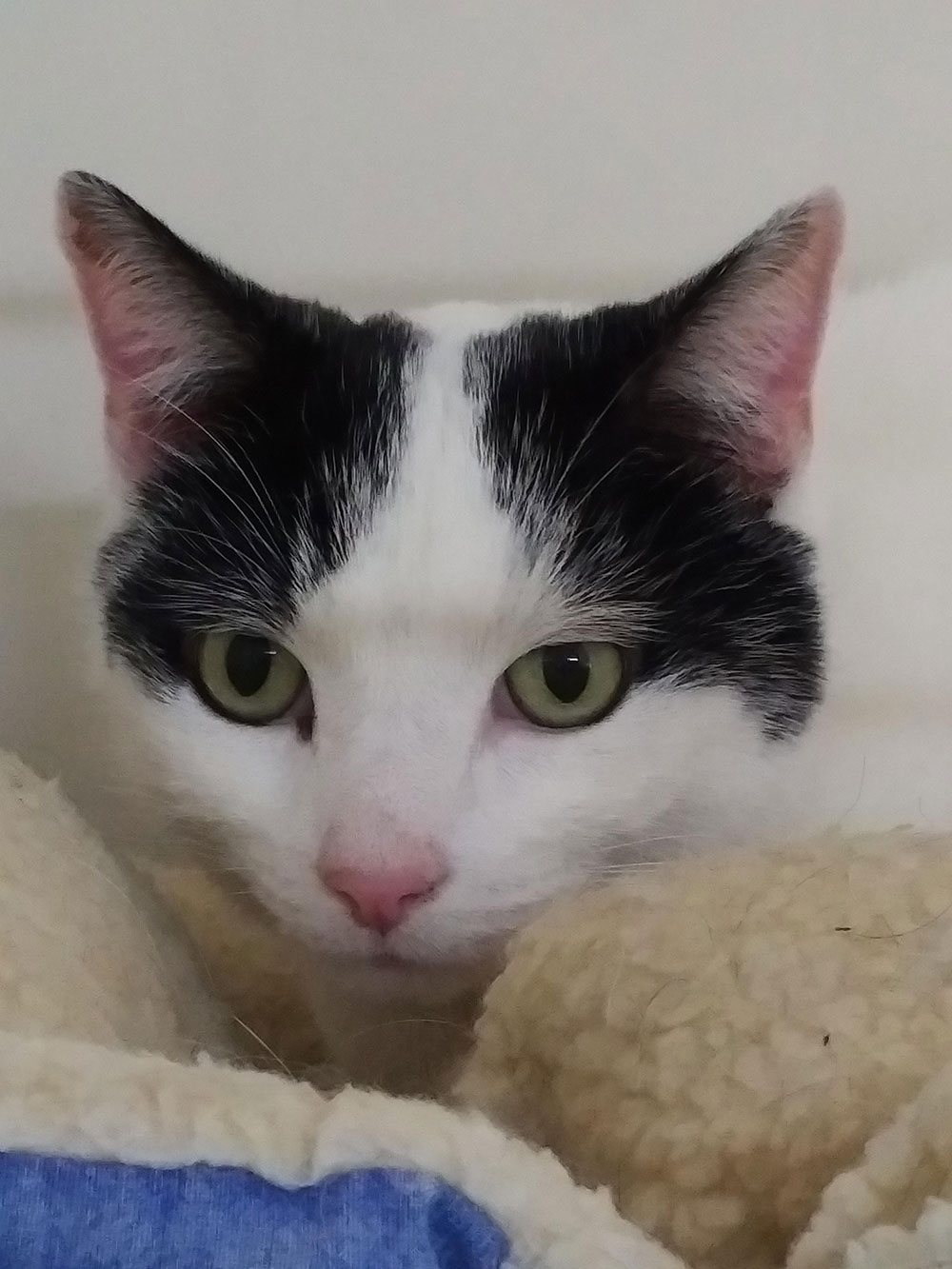 Such a handsome boy 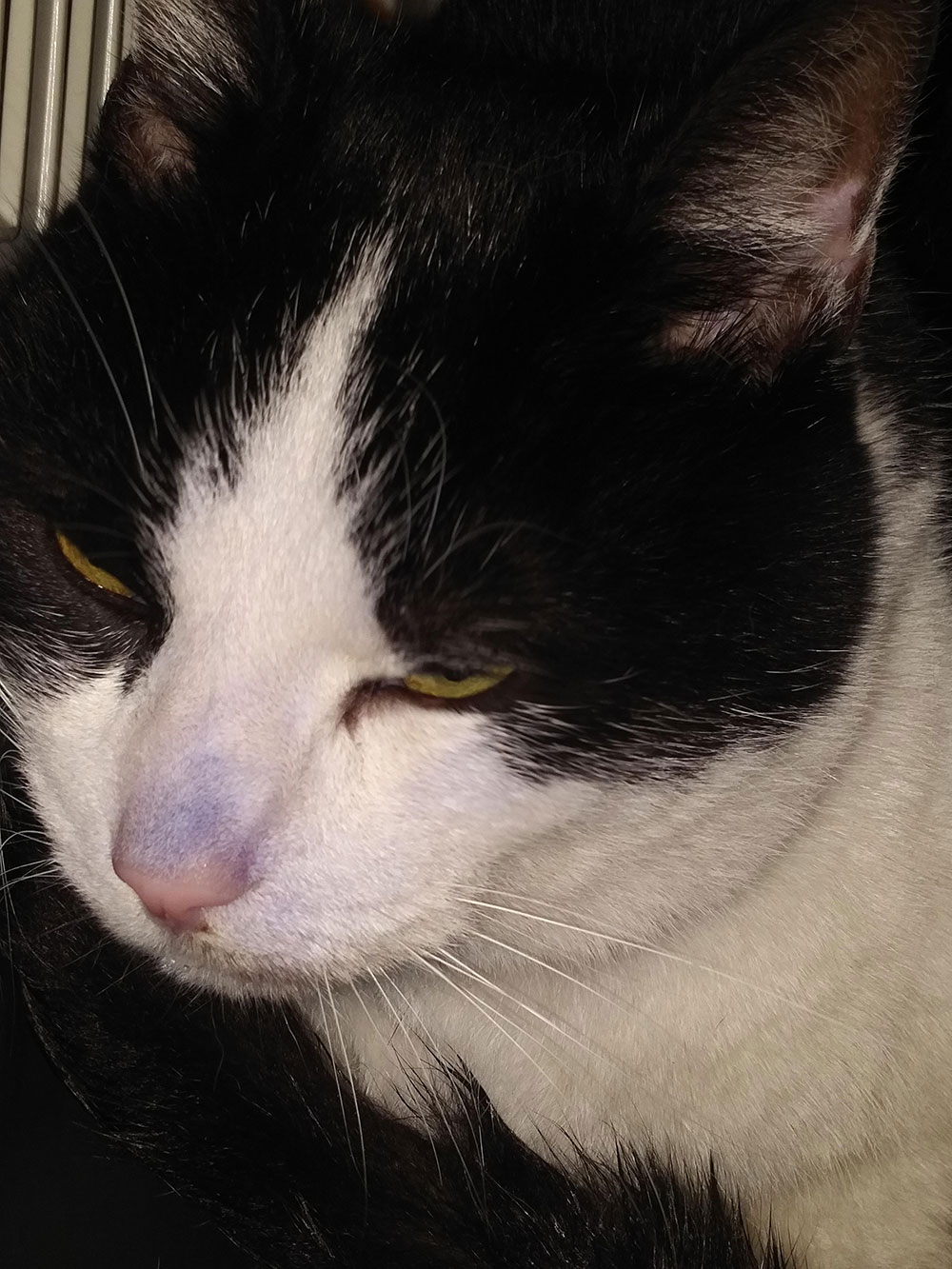 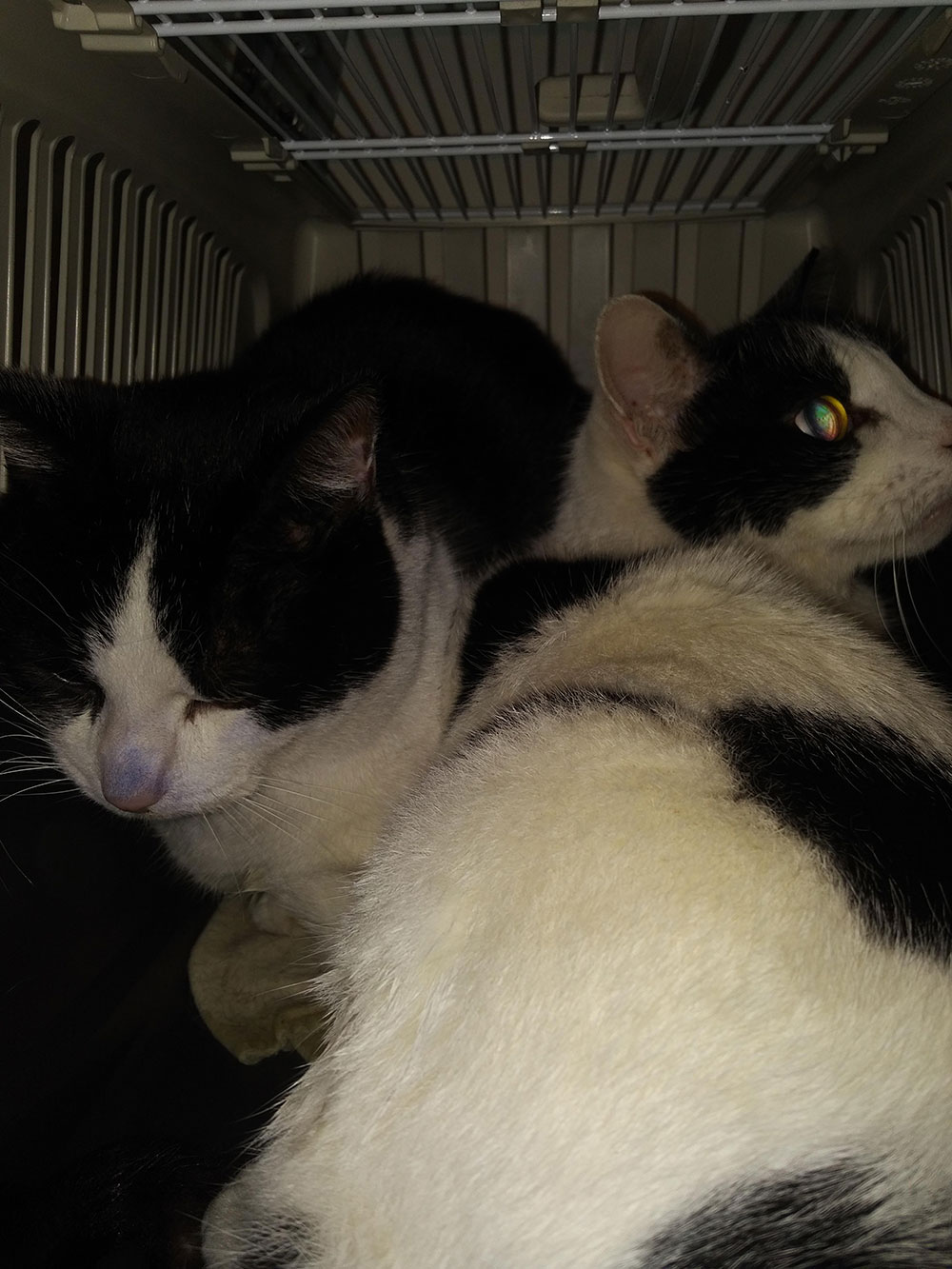 These two are especially close 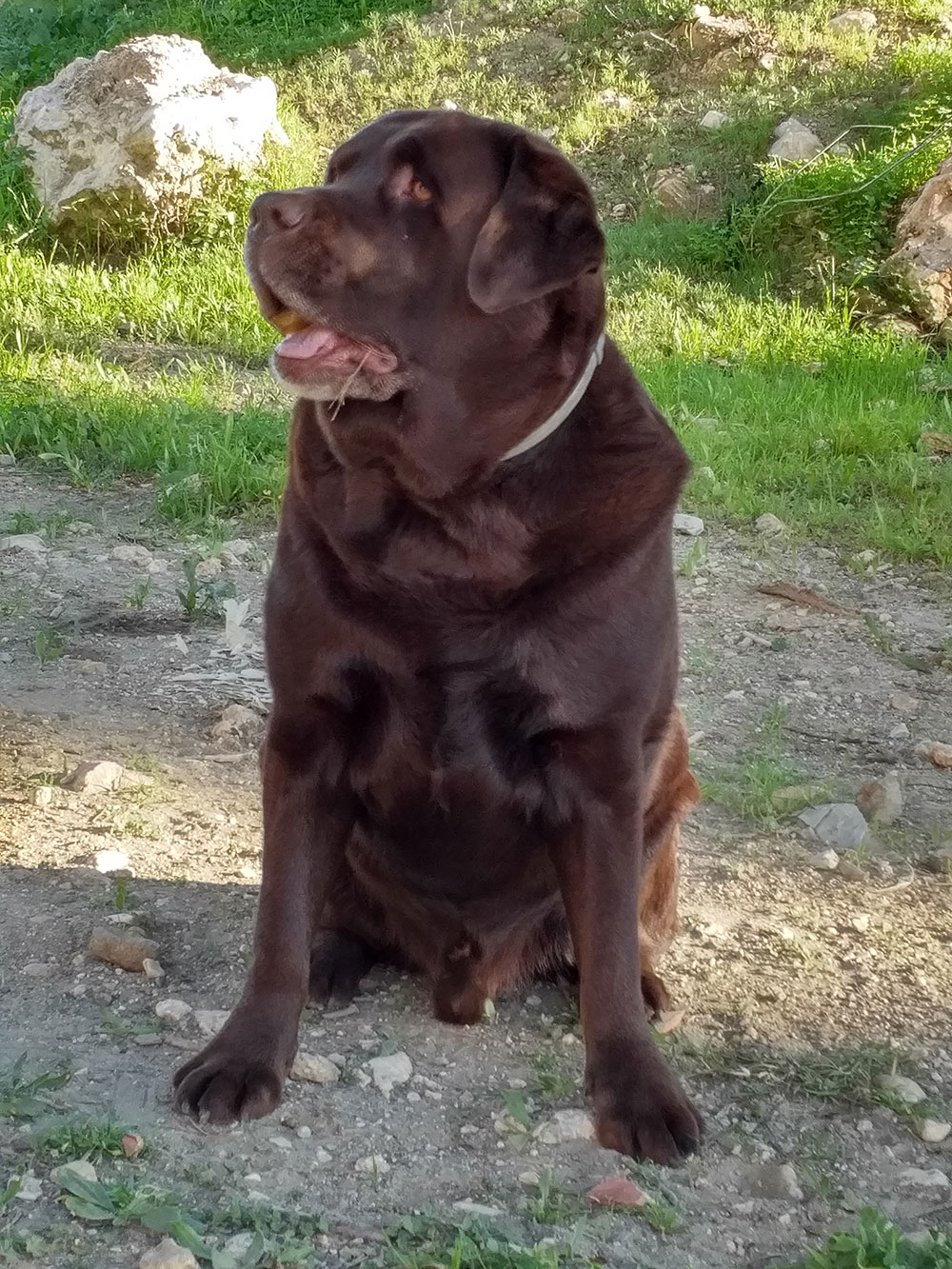 On our way back northwards we called in to Nerja to see Oscar, who travelled with us as a young pup several years ago, and belongs to courier M’s uncle. Oscar greeted us warmly, as always, inspected the van, and reassured our current passengers that they would have a comfortable ride.

In Almeria we stopped off to collect Pedro. This young fellow has quite a back story. He was one of four pups found in a sack, all of whom had the fatal parvo virus. Sadly two of the pups didn’t survive, but the other two are well and thriving, thanks to the love and care they received from Kerry and her colleagues. Now Pedro is on his way to his new home in Guildford, in the UK, with Rick and Sarah. 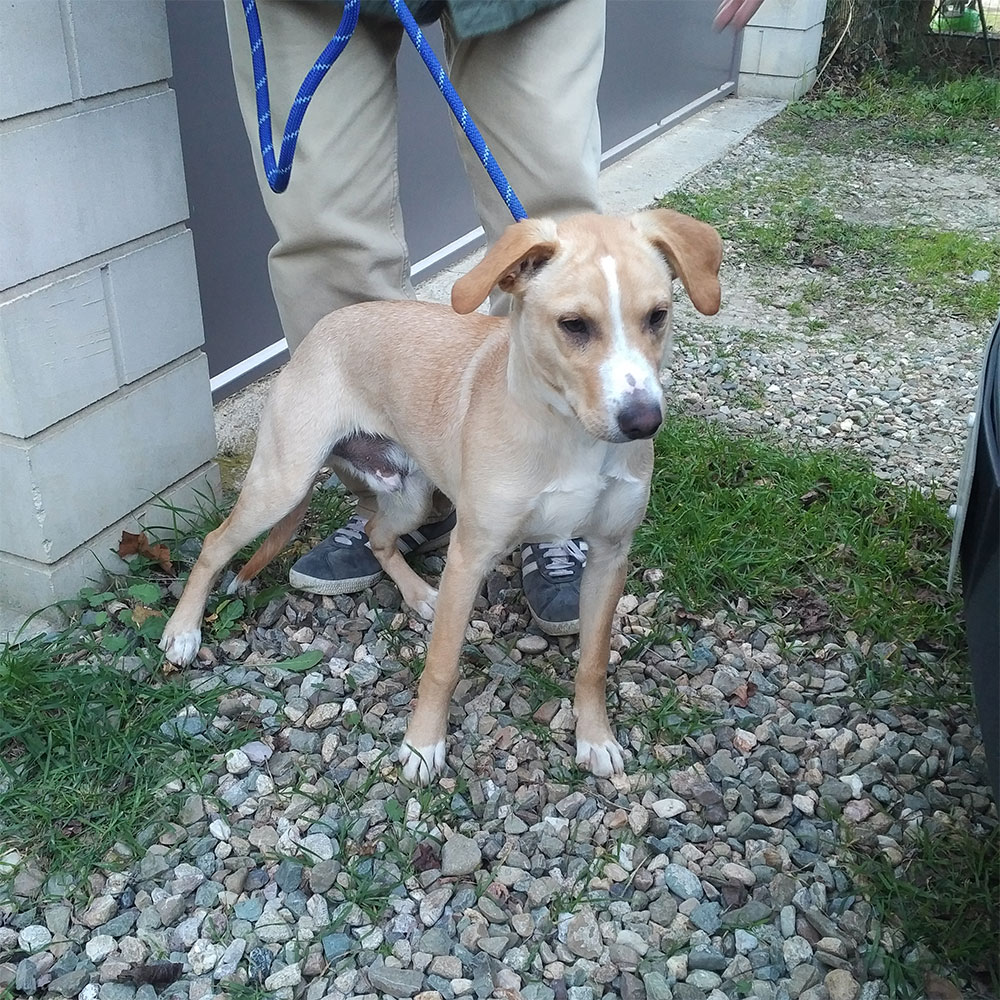 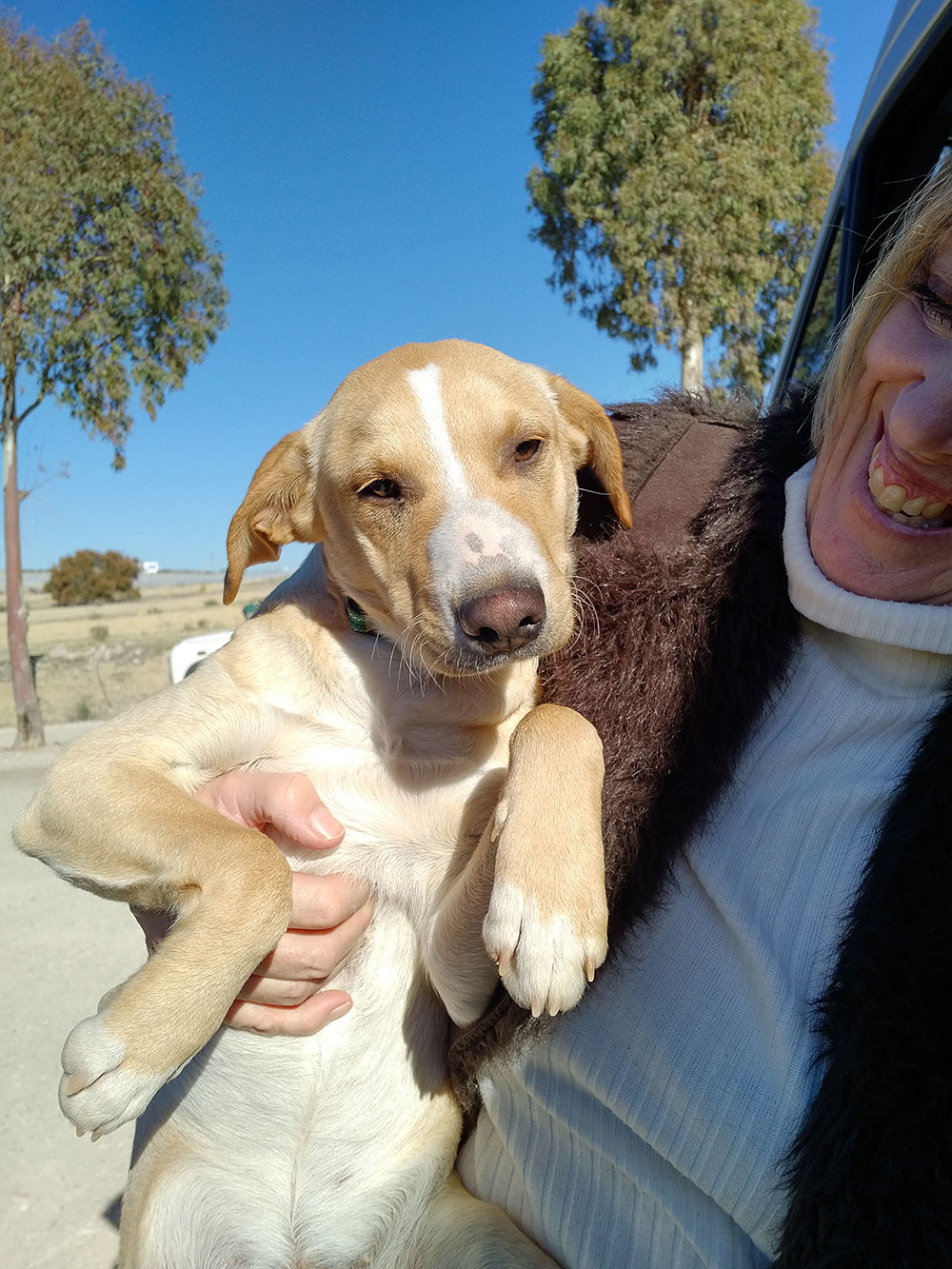 A goodbye hug for Pedro from Kerry

Shy and Speed are a pair of Degus belonging to Mario. Their journey started in Madrid, and they’re travelling with us all the way to Scotland. 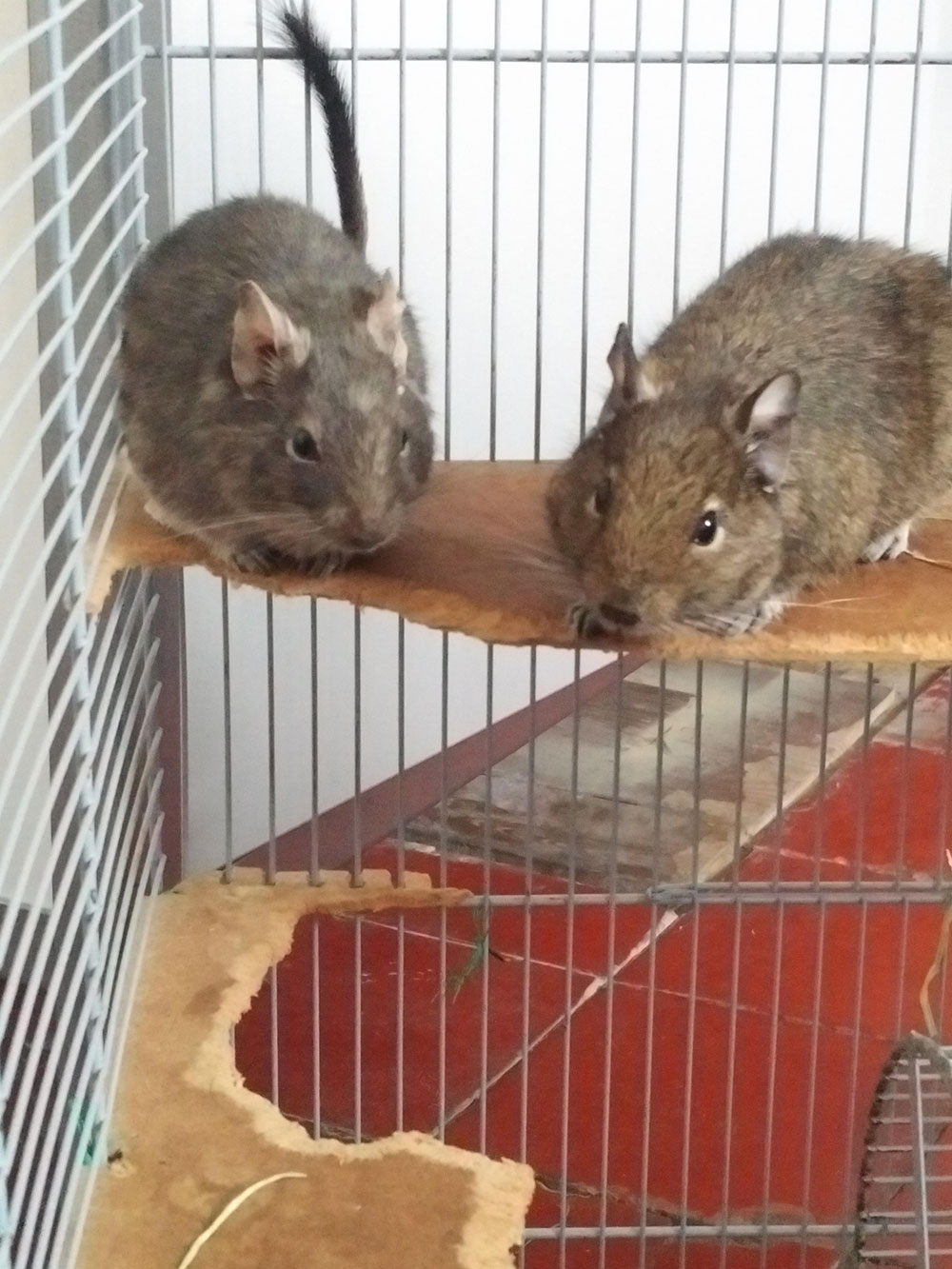 Shy and Speed stepping in for their close-up 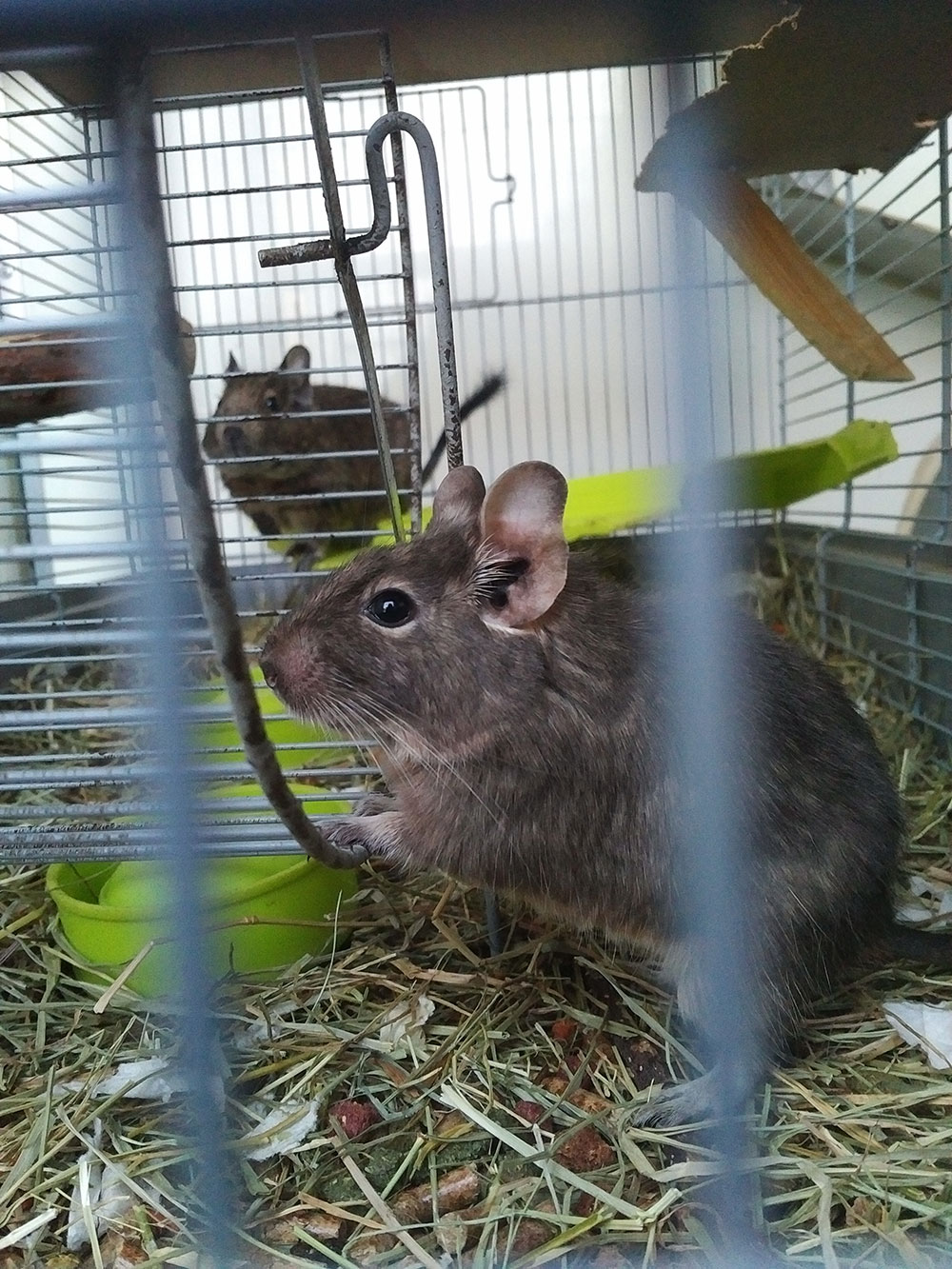 Adorable Felipe is a frequent traveller, now on his way back to London following an extended Christmas break with his grandparents near Madrid. 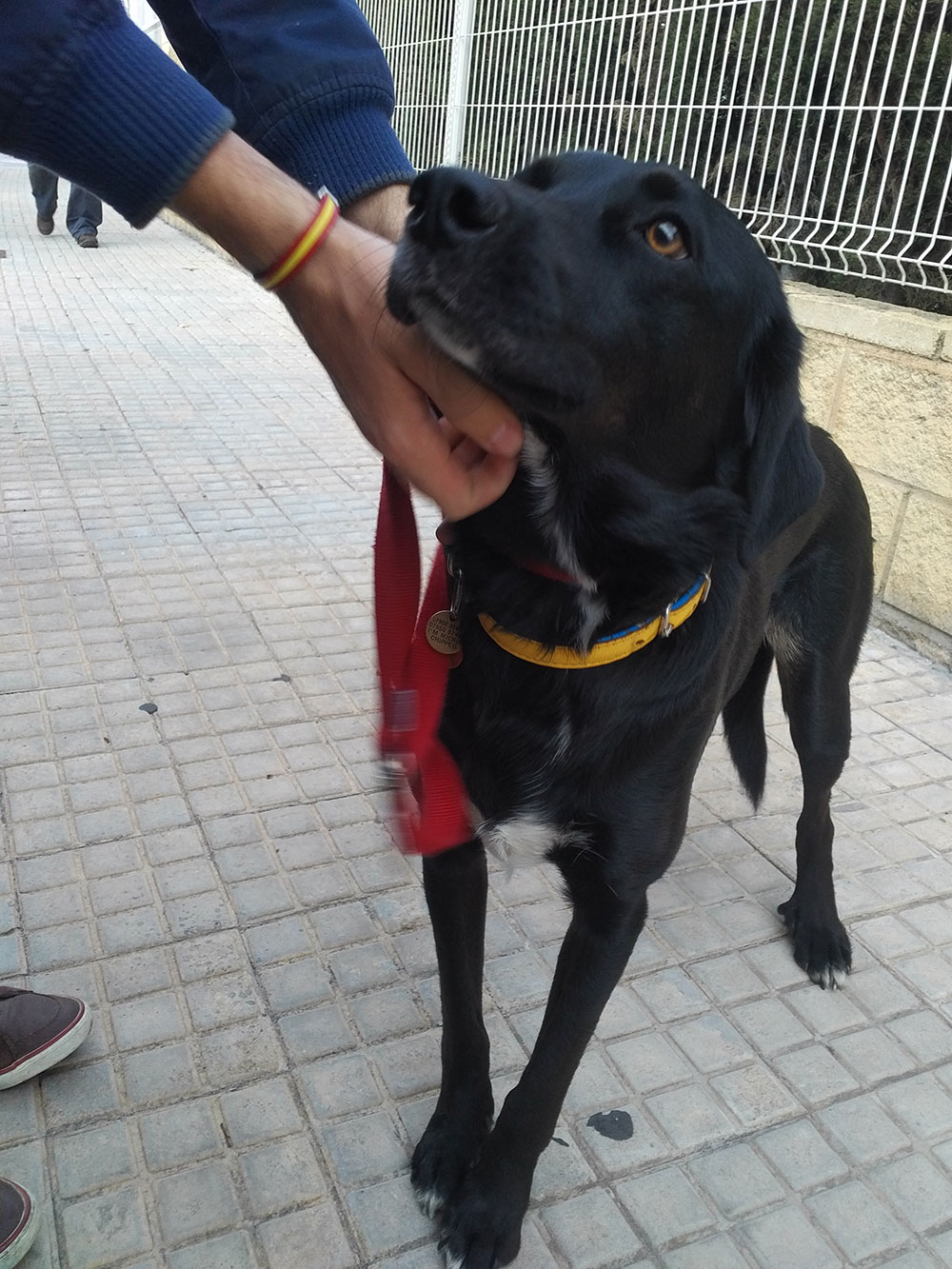 A change of van

As we continued our journey northwards and crossed the border into France, we became aware of a problem around the clutch in our van. Given the warnings for snow and cold temperatures further north in France, we didn’t want to risk driving on, and then perhaps breaking down in a snowstorm. So we stopped with friends just outside Narbonne on Friday evening, and arranged for courier Joe to drive down from the UK in one of our other vans.

He made good time and arrived on Saturday early evening, so we transferred all the pets into the spare van, ready to set off on Sunday morning. In the meantime, we contacted Mercedes 24, who arranged for the original van to go to the Mercedes garage in Narbonne to be fixed. 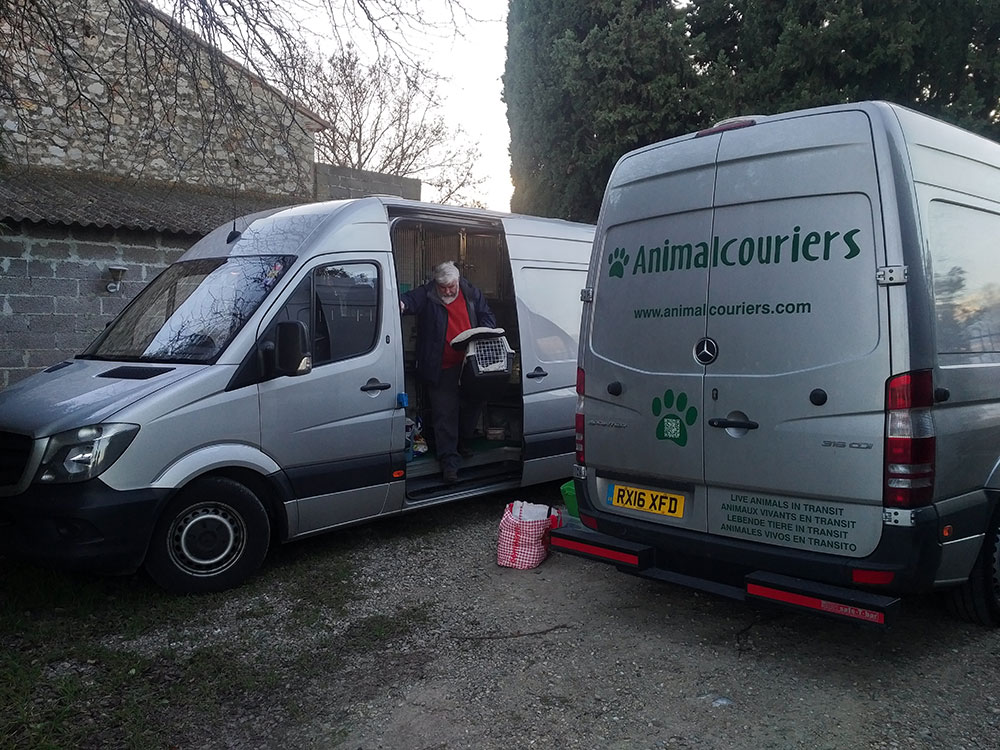 Transferring from one van to the other

Fortunately, our final collection was close to Narbonne. We scooped up Mary’s beloved cats Thomas and Luc early on Sunday morning, and continued our journey towards the UK. 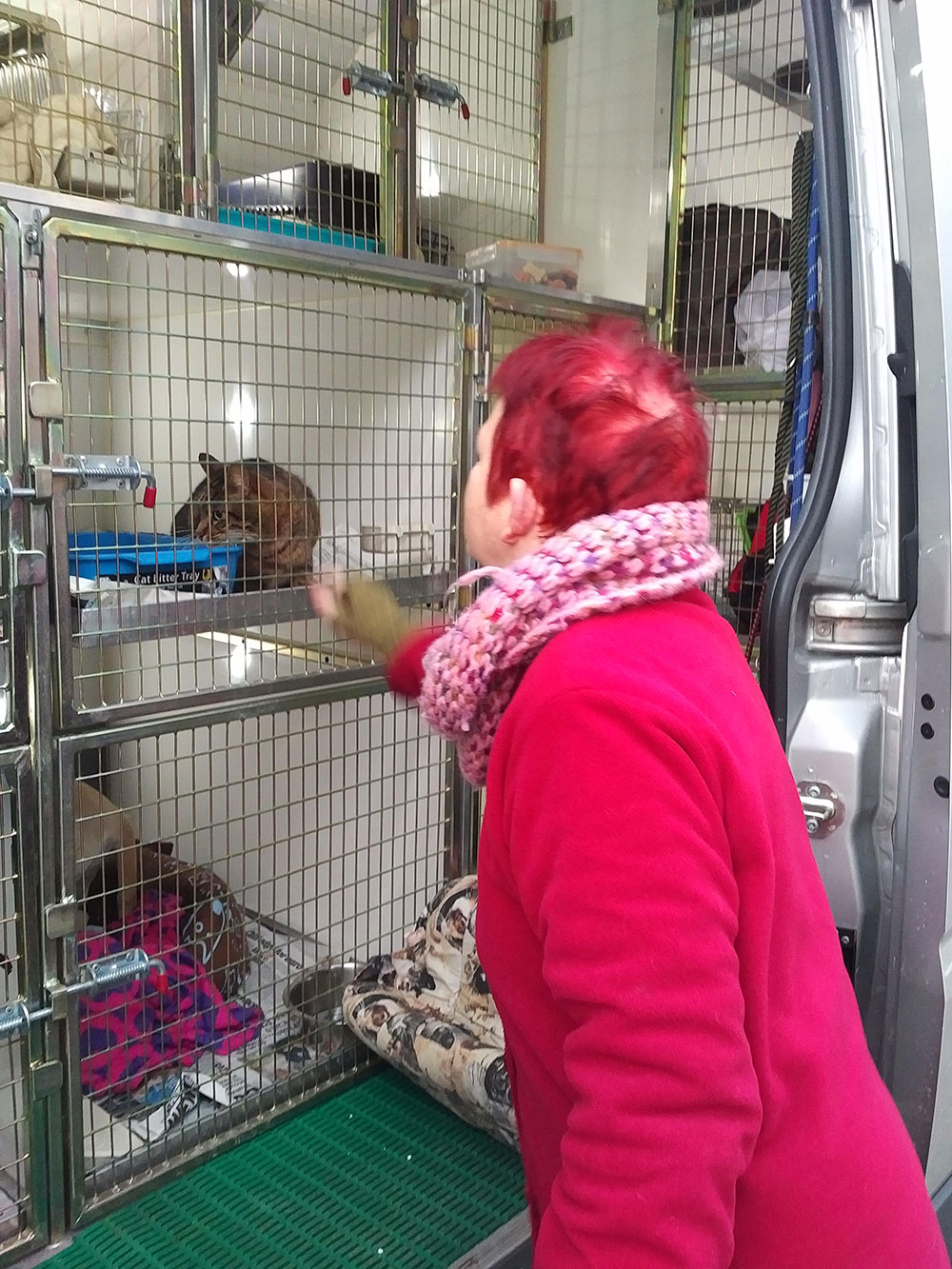 Mary waving Thomas and Luc off