Wilson and Derek, our UK-bound VIPs from Greece

We have a crew of splendid pets travelling with us from Greece to the UK. Among them are Wilson and Derek from Lesvos, who flew into Athens to join the trip. Both dogs are rescues with remarkable back stories — and both now have wonderful new homes, too. 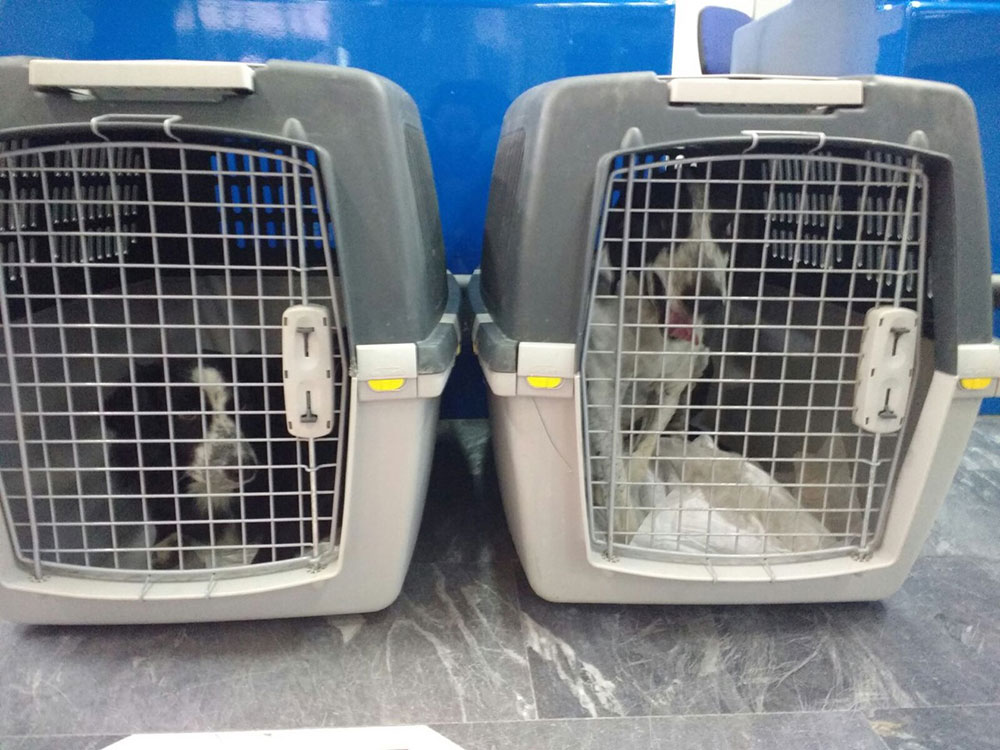 Wilson and Derek ready for take-off from Lesvos

Wilson has been in the care of Rebecca from Lesvos Stray Cat and Dog Adoptions for more than six months.

When she rescued him, it was clear he’d suffered damage to one of his front legs, and sadly it’s of little use to him. Rebecca has been looking hard for a special new home for this sweet fellow and now, with the help of the Wild at Heart Foundation, the search is finally at an end.

Wilson is going to live with Debbie in Berkshire, who’s a past supporter of Wild at Heart and will give him all the love and care he needs, in the right environment.

We’re so pleased at this news that we’ve sponsored Wilson’s journey to the UK. 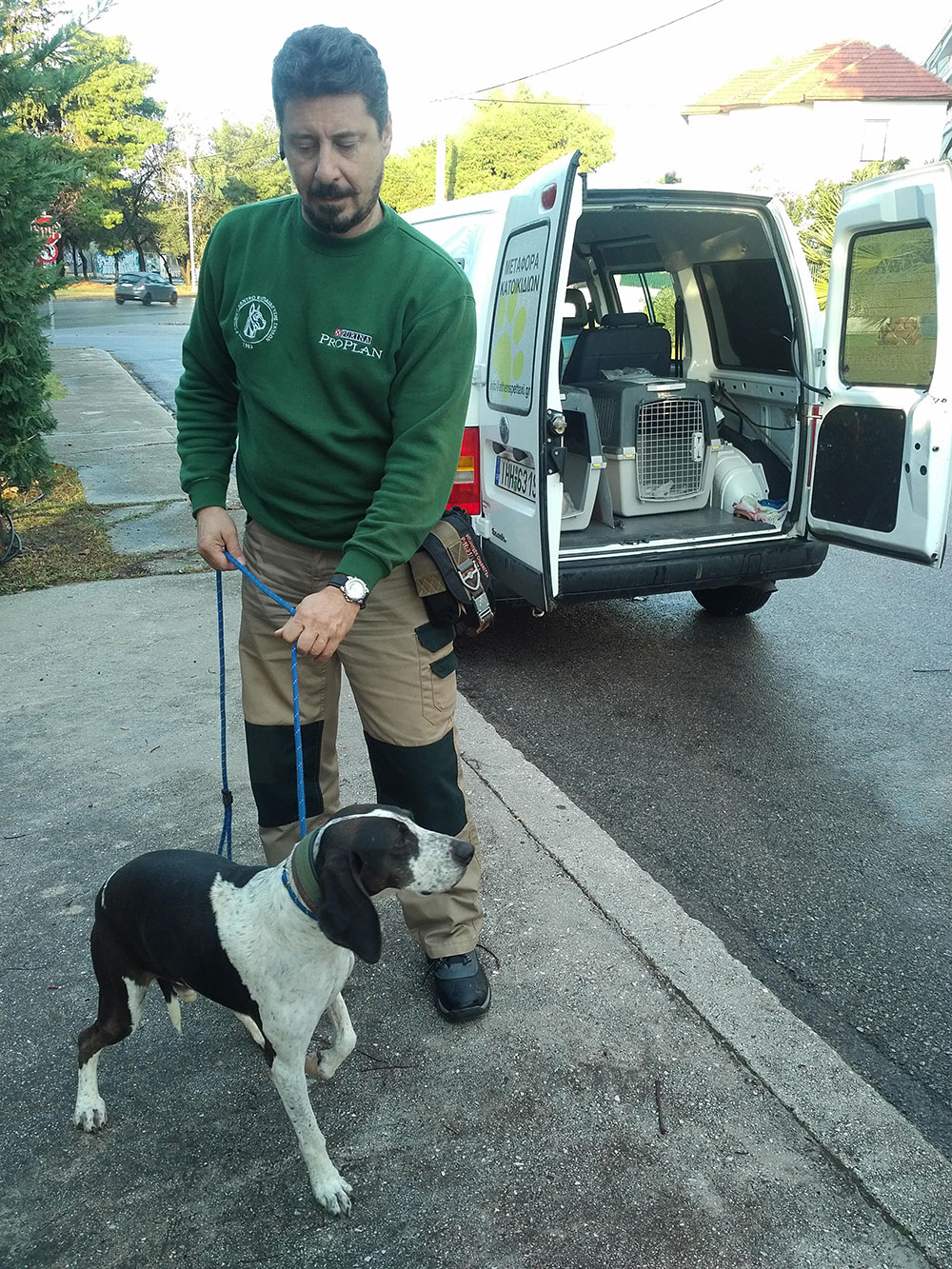 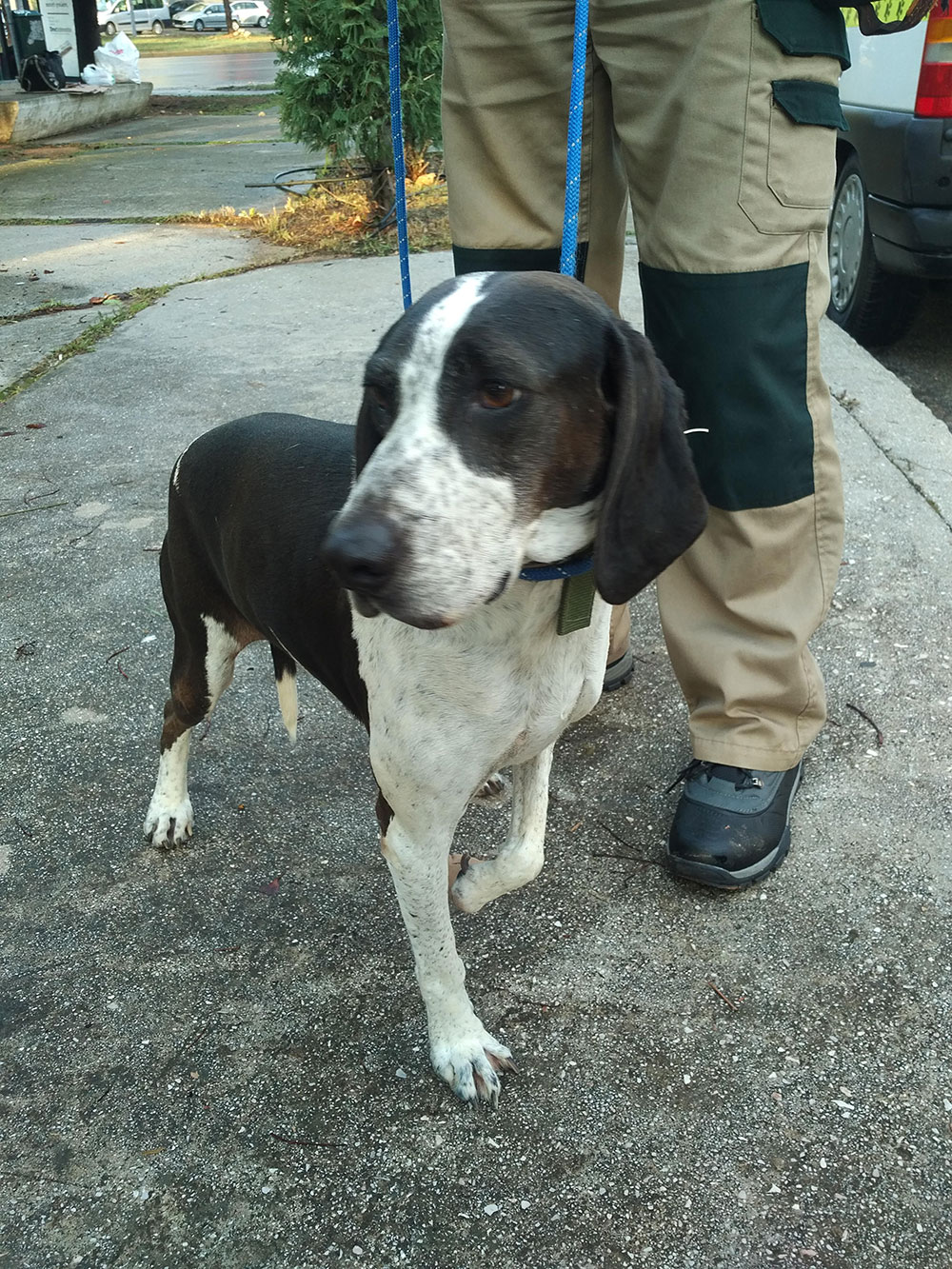 A closer look at handsome Wilson 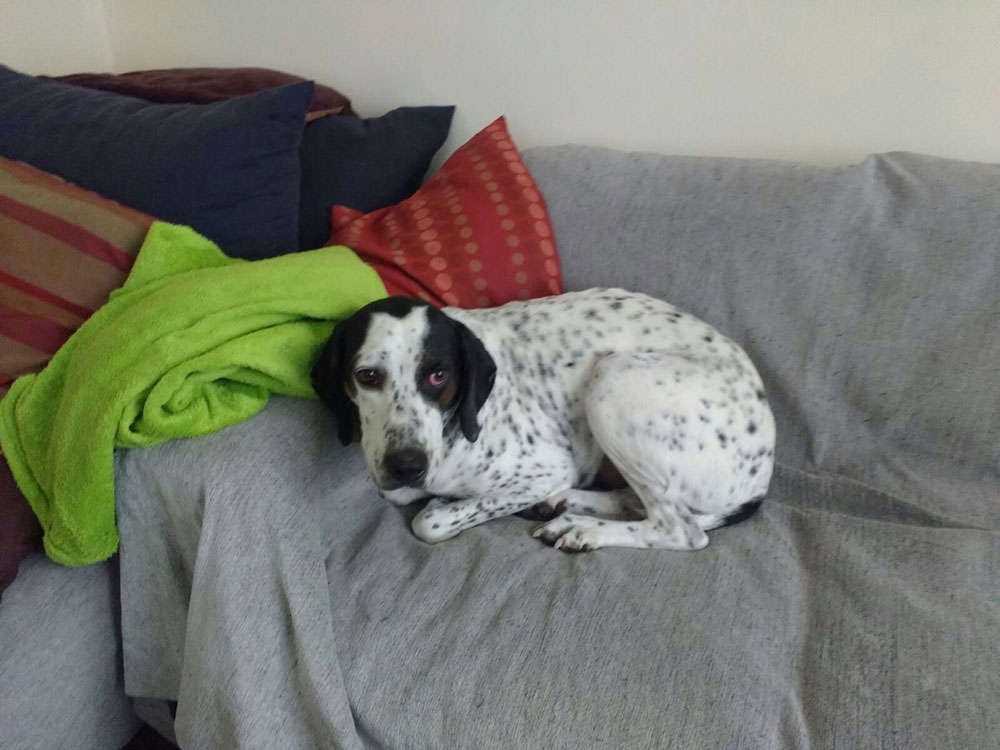 A slightly younger Wilson, when he was staying with Rebecca

You may remember the story of Cinnamon, a clever dog who won the heart of Sam, a member of a Royal Navy patrol operating out of Lesvos. When Sam decided to adopt Cinnamon, Rebecca stepped in as fairy godmother, getting her ready to travel with us on our last trip from Greece. Cinnamon is now settled with Sam’s family in Scotland.

Cinnamon was great friends with Derek, another dog at the port. When Cinnamon left for her trip to the UK, Derek disappeared. Concerned for his welfare, Rebecca kept an eye out for him, and was pleased when he reappeared. However, Derek looked somewhat thin and dishevelled, so Rebecca decided to take him in and start the hunt for a permanent home for him.

With encouragement from Animalcouriers and Rebecca, Sam agreed to adopt Derek, so that he and Cinnamon could be reunited. Sam realised they would be super company for each other when he’s away at sea. To help out, Rebecca arranged for her vet to prepare Derek for entry into the UK, and Animalcouriers partly sponsored his trip. 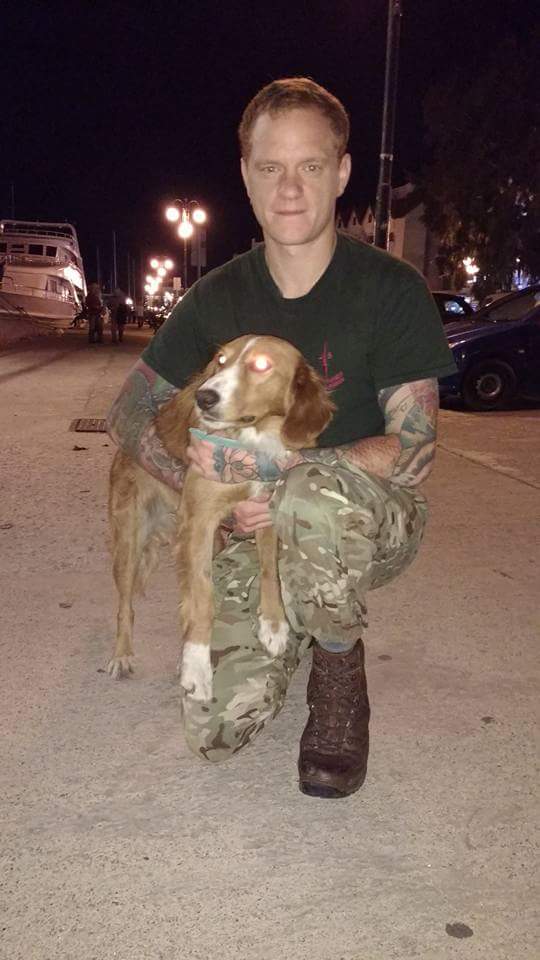 Sam with Cinnamon, who started it all off 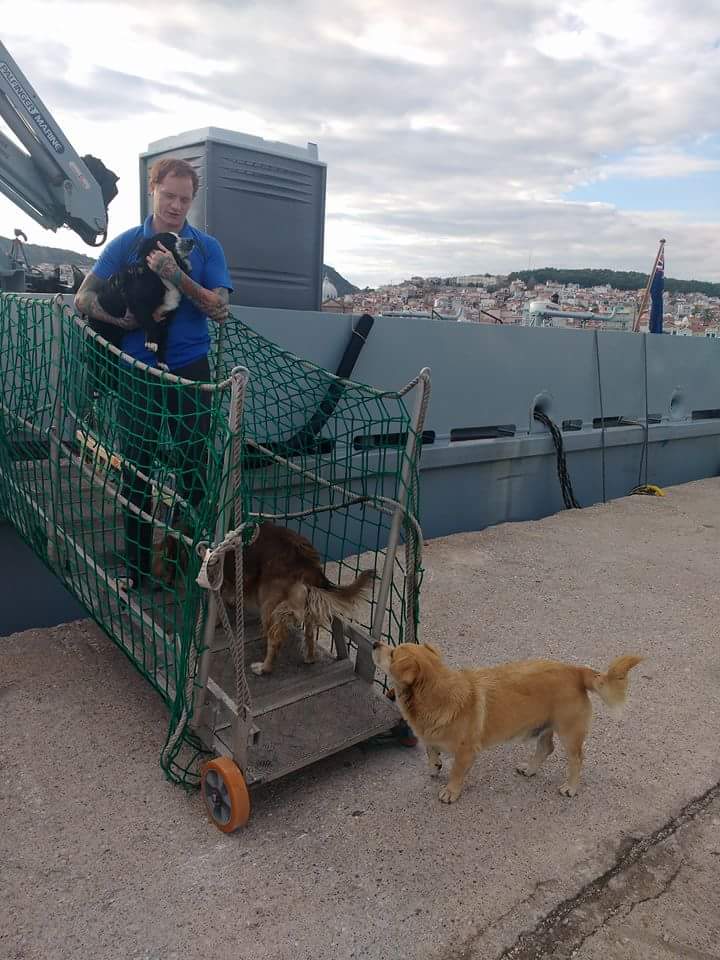 Sam giving Derek a hug, under the watchful eyes of a couple of other port strays 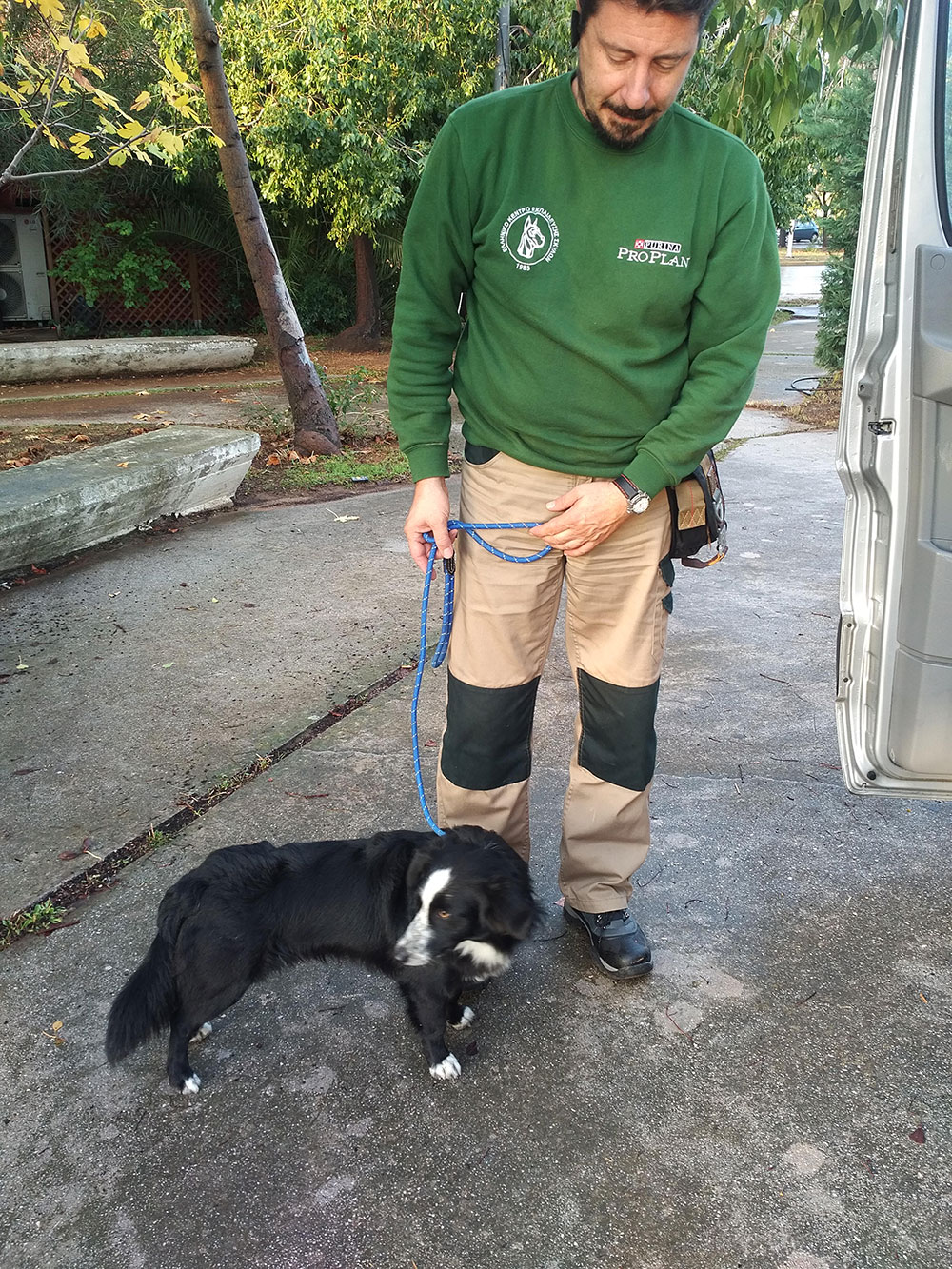 Akis delivers Derek for his journey 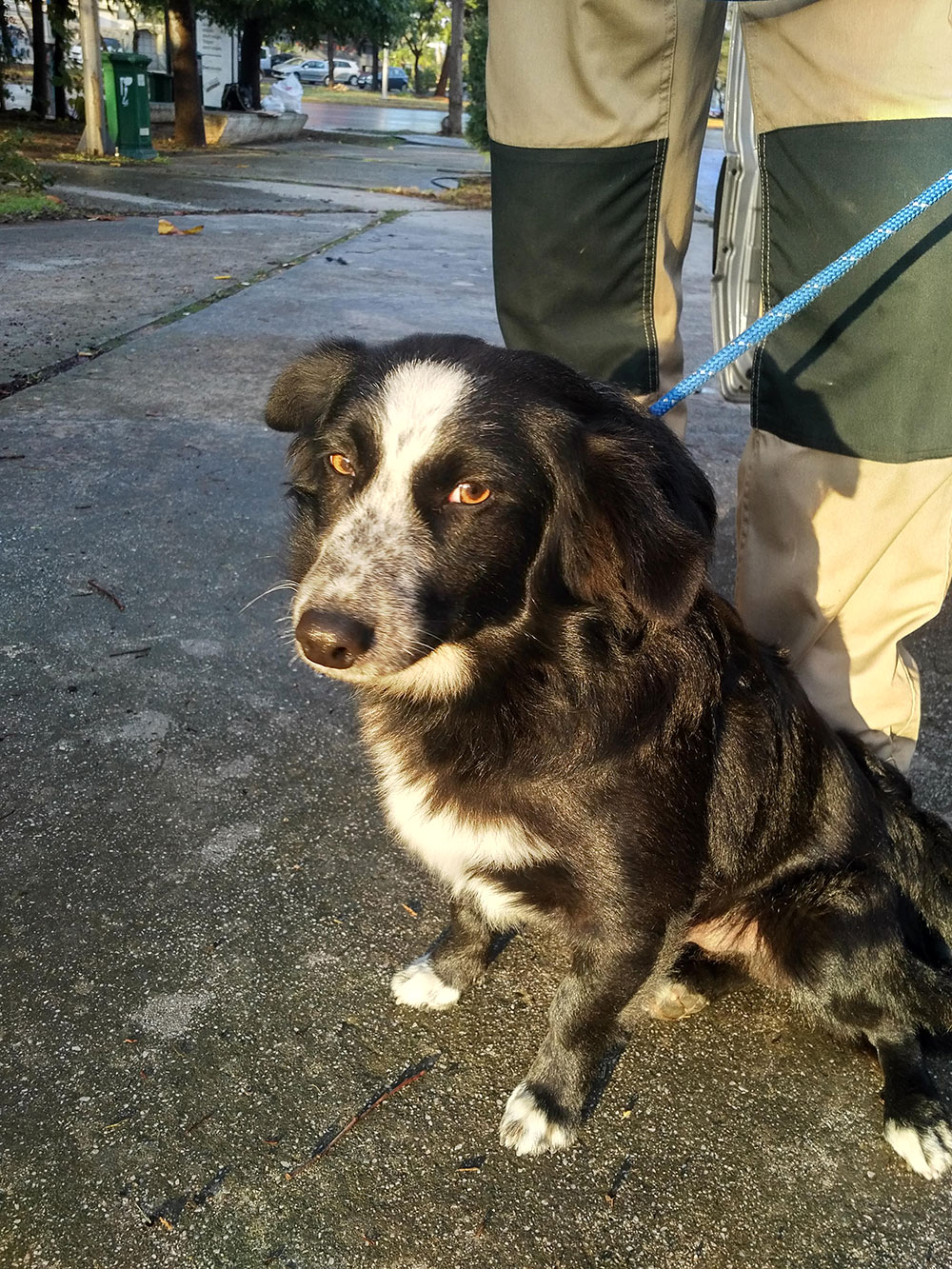